A depiction of culture 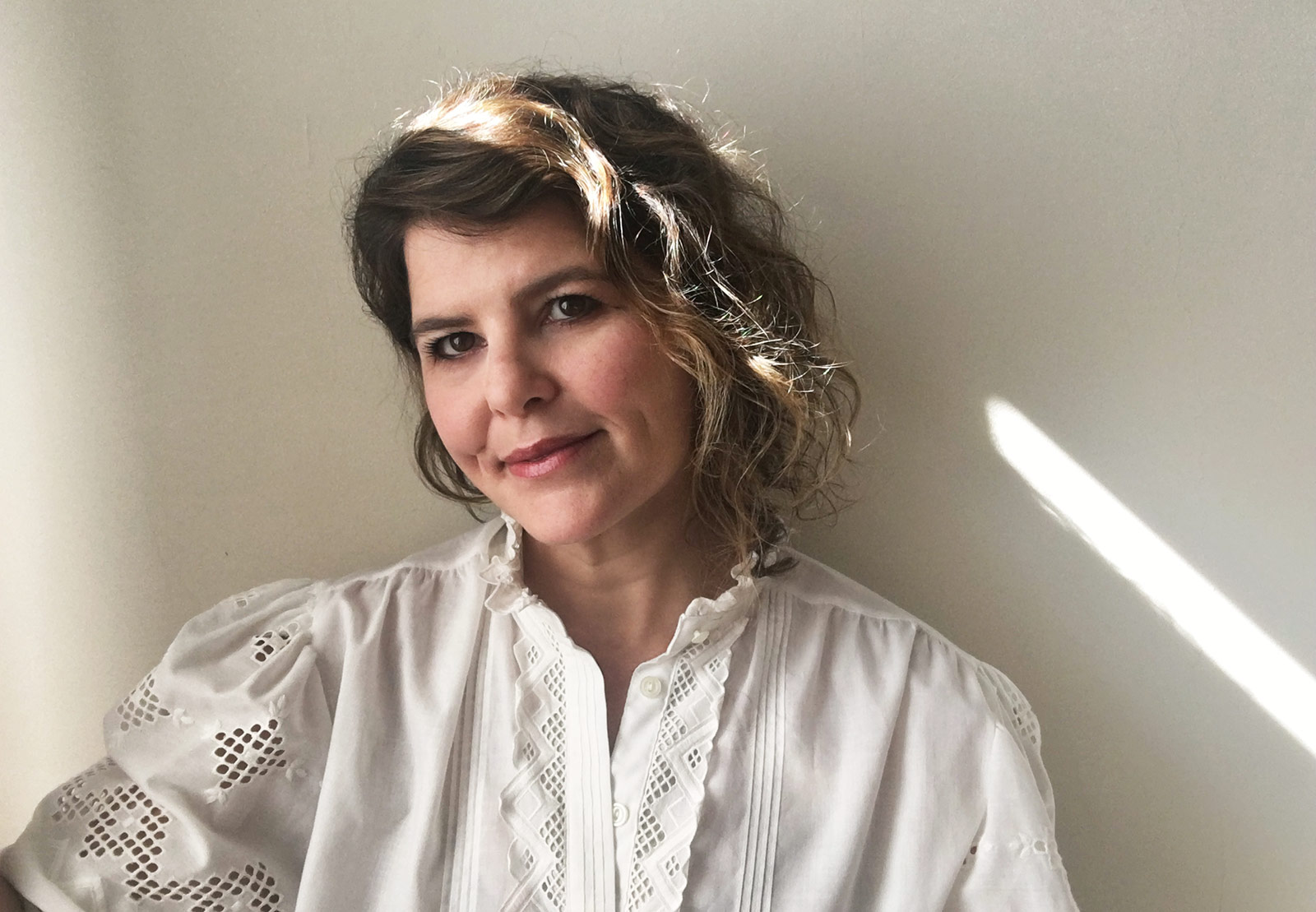 Jessica Antola is enticed by foreign cultures and customs and has explored even the most remote places of the world. She captures her experiences in beautiful and honest photographs. Her recently launched book, Circadian Landscape, is a collection of those photographs, specifically the ones she took when discovering contemporary Sub-Saharan Africa. We sat down with the American artist and adventurer to talk about globalisation, cultural rituals and her personal travel stories.
You shot images in Morocco, West Papua, Myanmar, Ethiopia and many more countries, so I think it is safe to say you have a love for travelling. How was this love born?
I was raised in Los Angeles as the daughter of two travellers. My French Canadian mother raised me on stories from the late ‘60s of living on a houseboat in Kashmir and working as a nanny in Tehran for the Shah’s Chief of Protocol. I envied that time when globalisation was a less common word and people could freely explore with untainted eyes.
From a young age, my parents showed me how to feel comfortable travelling the world, whether I was sleeping on the floor of a monastery in Tibet, wandering the souks of Damascus, or staying in a Yali tribal village in the highlands of West Papua. There was no location too off the beaten path or fellow human being too challenging with whom to communicate. I was raised with the belief that travel and exposure to other cultures was one of the best forms of education, so from a young age, I travelled extensively with my family. I learned that while I could never walk in someone else’s shoes, with compassion and quiet observation I might learn from another’s experience and find common ground.
And what about your love for photography? Was it a profession you always wanted to do or did you discover it on the way?
My camera was always with me during my travels as a child. When I was thirteen, I realised this was a great tool for communication when there were linguistic barriers, but also as a tool for artistic expression. Behind the camera, I did not feel separated by the lens; rather, I had a way to connect and engage with people I did not know. It was a way to enter into people’s lives, to be not just a spectator. I studied fine art and painting in college but realised in my early twenties that photography was what I really wanted to pursue.
You photograph mostly people, why do you prefer to shoot them over objects or nature?
I love photographing people as well as places and objects that have a human presence. I can find portraits of people everywhere, in both the animate and inanimate. 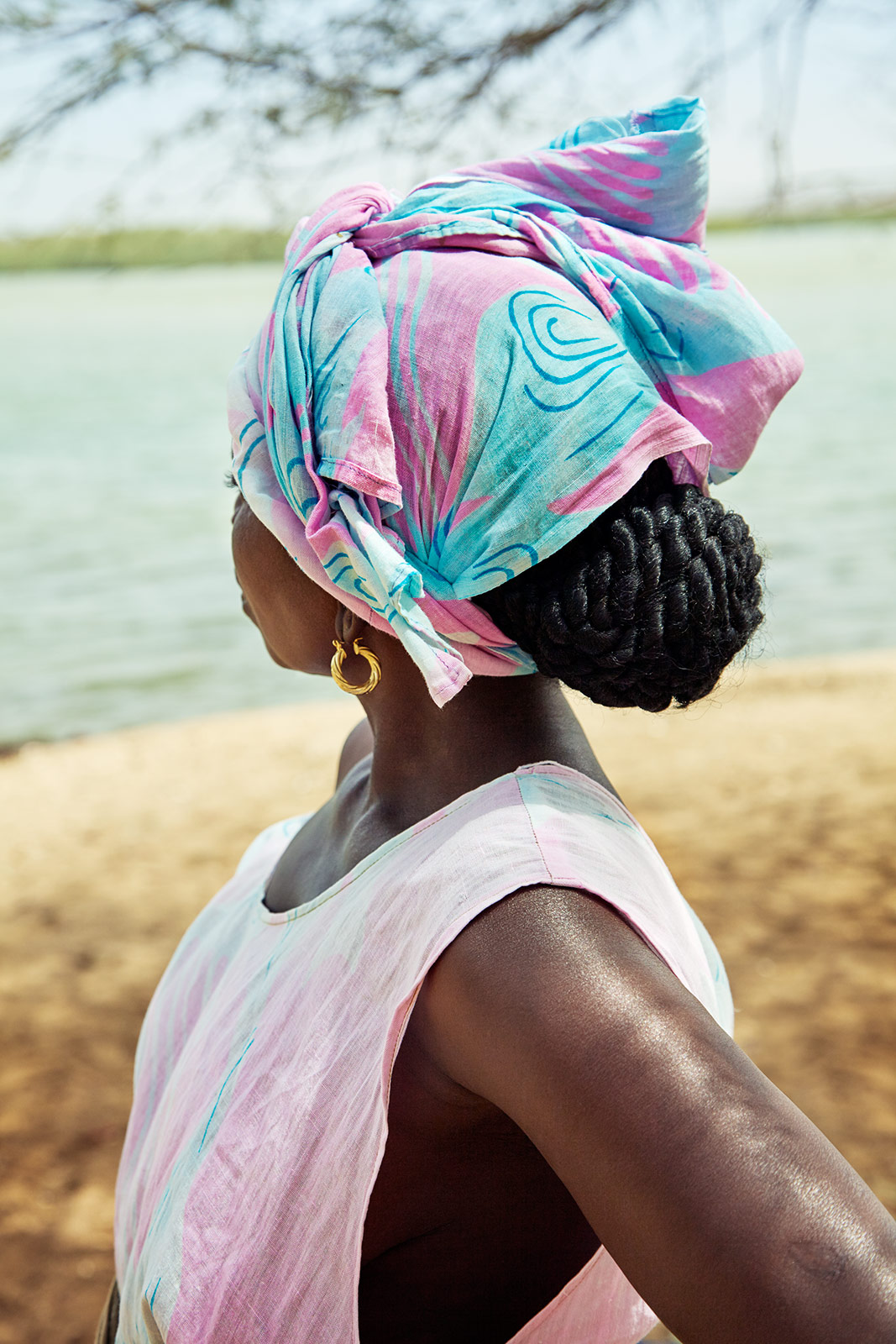 Let’s talk about your recently published book, Circadian Landscape. I’m very intrigued by the title. Could you further explain this to us?
The abbreviated, layperson’s definition I use for circadian rhythm is a biological process of approximately twentu-four hours. It refers to the physiological cycle of all living things. The title of my book, Circadian Landscape, references this daily process and our everyday cycle of life from sunrise to sunset. Much of the book was photographed in rural areas where life’s day-to-day activities revolve around the daylight hours.
The photos in this book look very natural yet also seem a beautiful depiction of certain cultures or their traditions. Did you add any styling elements or are they completely natural?
Nothing was styled, nobody was posed, no scene was curated or art directed. I photographed people as I met them. At times, I spent a few minutes with a subject, making a fleeting only connection. In other cases, I spent hours with them and came to relate on a deeper level. I have always been captivated by how people around the world express themselves in relation to their environments. The photographs in Circadian Landscape follow a nonlinear path based on that interest, tracing the astonishing variety of ways people create and define themselves daily, over and over again, through dress and ritual, work and play.
How did you find the subjects of your photographs? And how did you go on from there? I can imagine a lot of people would be doubtful upon being approached by a western photographer.
I always ask permission to take someone’s portrait, but I don’t ask them to pose or become someone else. It was easier to communicate in the English and French-speaking countries. But in many of the rural areas with various dialects, my guide, Noah, had to translate for me. Generally, people were curious and enthusiastic when I asked to take their photograph and it felt like a genuine exchange. In Ethiopia, I used basic Amharic words and hand gestures to communicate.
When I saw someone I wanted to photograph, I would slowly approach them with my best, unthreatening smile, raise my hand in the air and say a word that sounded like, "Jalla, jalla, jalla", which my guide, Assefa told me was a universal Omo word for friend. Sometimes people were not interested, bu, more often than not, they would give me a few minutes to take their photo in exchange for the sum of Ethiopian Birr that they felt was appropriate. Afterwards, on several occasions, I saw people I had photographed at the market and we would exchange smiles and handshakes like old friends.

“I was raised with the belief that travel and exposure to other cultures was one of the best forms of education. I learned that while I could never walk in someone else’s shoes, with compassion and quiet observation I might learn from another’s experience and find common ground.”
Tell us one remarkable anecdote from your trip.
In a remote part of Burkina Faso, we visited a renowned Voodoo priest. His traditional mud house reminded me of adobe homes in the American Southwest. Surrounding his home were dozens of bocio figures, other Voodoo objects and vessels, as well as patients waiting to be healed. The priest emerged from his house exhausted, sat under a tree and drank millet beer from a calabash to revive himself. Once he was ready, I met him inside a small, dark room at the back of his home. Daylight dimly illuminated this space from a small oculus in the ceiling, shining down on hundreds of wooden bocio figures in every size, piled up to the ceiling.
The priest performed several rituals – my only involvement was paying him, rolling cowrie shells and asking two questions or wishes that I would like to have answered. His response to my questions was riddle-like. He spoke in a local dialect that was translated for me. The priest finished our session saying that if I wanted to have my wishes realised, then I would need to sacrifice a white chicken and give an elderly woman the equivalent of ten US dollars.
I was pleased with the priests' responses and wanted these to become my reality, but I was not too keen on sacrificing a living thing for my own benefit. I had seen animals being offered at Voodoo ritual sites and found it difficult to watch. I told my guide, a gregarious Togolese man named Noah, my conflict. He laughed and said, "I don't like to sacrifice animals either and there is a way around this! Instead of buying the white chicken, give the elderly woman the money as well as the sum of the cost of the chicken and tell her that she must buy a chicken with part of the money to feed her family." This was a much better solution and I found a sweet, elderly woman preparing corn for her grandchildren in a nearby village who was thrilled with this gift.
Most of the West African countries you visited are former colonies, yet Ethiopia has never been colonised by a western country. Did you notice any significant difference between these countries?
Mussolini occupied Ethiopia for about seven years (1936-41) and some of this presence is still evident, but yes, Ethiopia is unique to the African continent for this reason. I arrived in Addis Ababa on the first day of Timket, the countrywide Ethiopian Orthodox celebration of the Epiphany, and witnessed the intense religious devotion of the Ethiopian people. They believe that the cornerstone of their religion, the Arc of the Covenant, resides to the north in Axum, one of the oldest continuously inhabited cities in Africa. The story of how Ethiopia came into possession of the arc, like much of Ethiopia, is shrouded in mysticism with tones of superstition. It is said that Ethiopia’s last emperor, Haile Selassie, could trace his royal lineage back to Ethiopia’s first queen, the Queen of Sheba. Amharic, the national language, has been the official language since the 12th century.
Was there a difference in responses you received to your book, from people in America and the people in Africa?
I think that Americans, for the most part, are intrigued by my images and stories in Circadian Landscape. For many Americans, Africa seems very far away, both geographically and culturally. I have loved the responses I’ve had from Africans throughout the continent. A Ghanaian woman in the United States sent me a note when she received my book to say “Africa is calling me big time!” This is the best compliment and I am so pleased that Circadian Landscape resonates with many Africans.
What is next for you?
I would love to see more of the African continent. I have been to eleven of the fifty-four African countries and have included seven in Circadian Landscape. There is so much more to see! 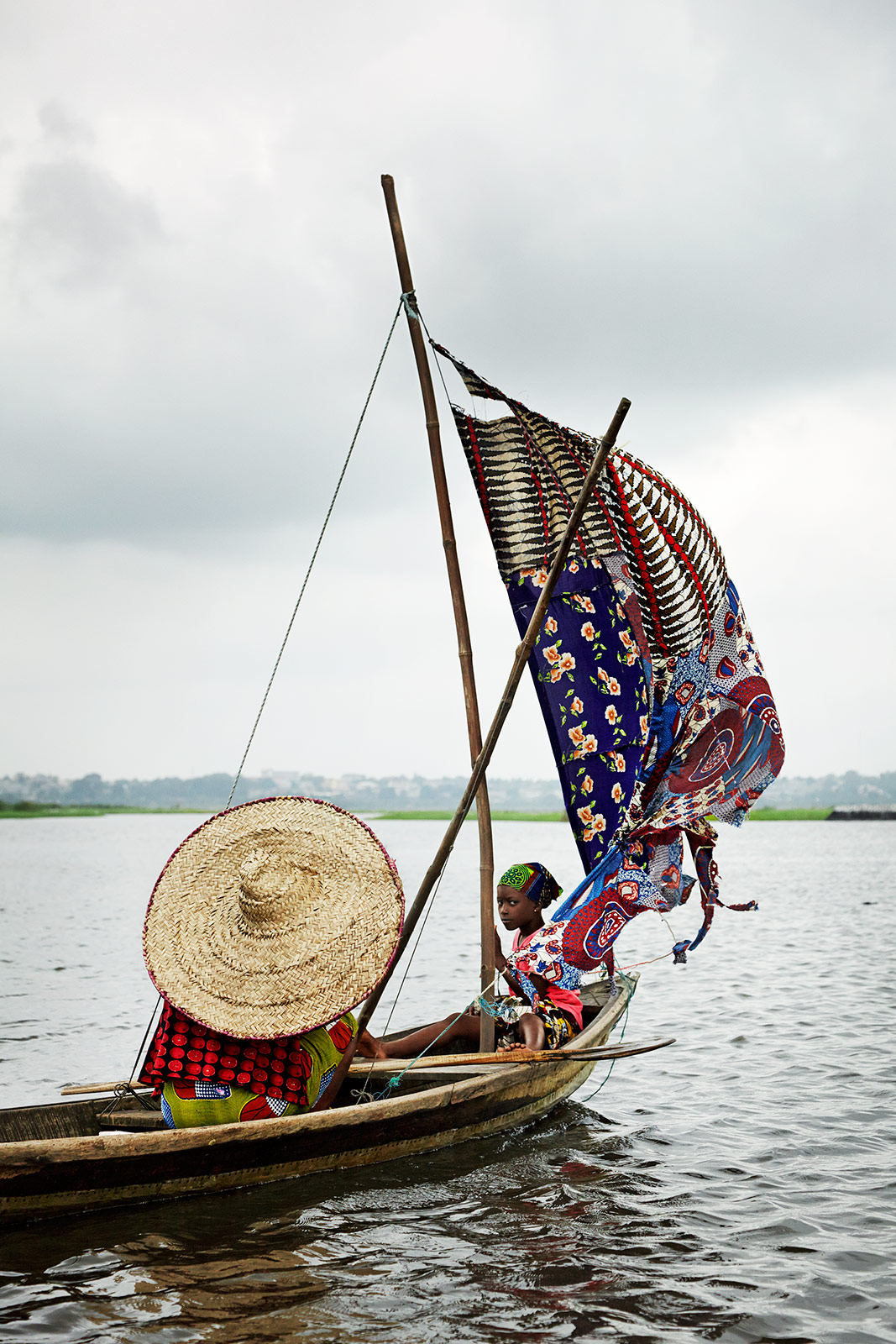 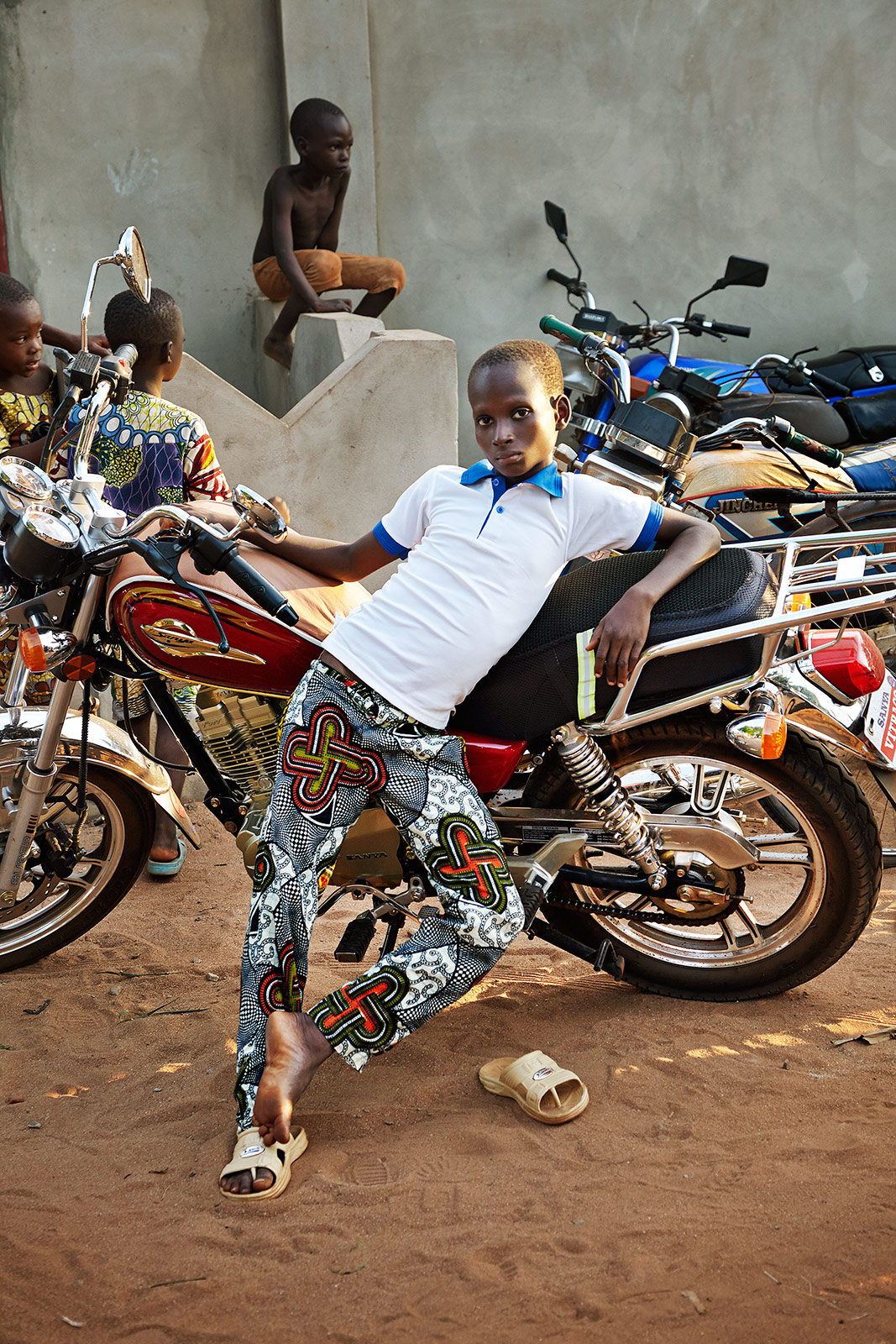 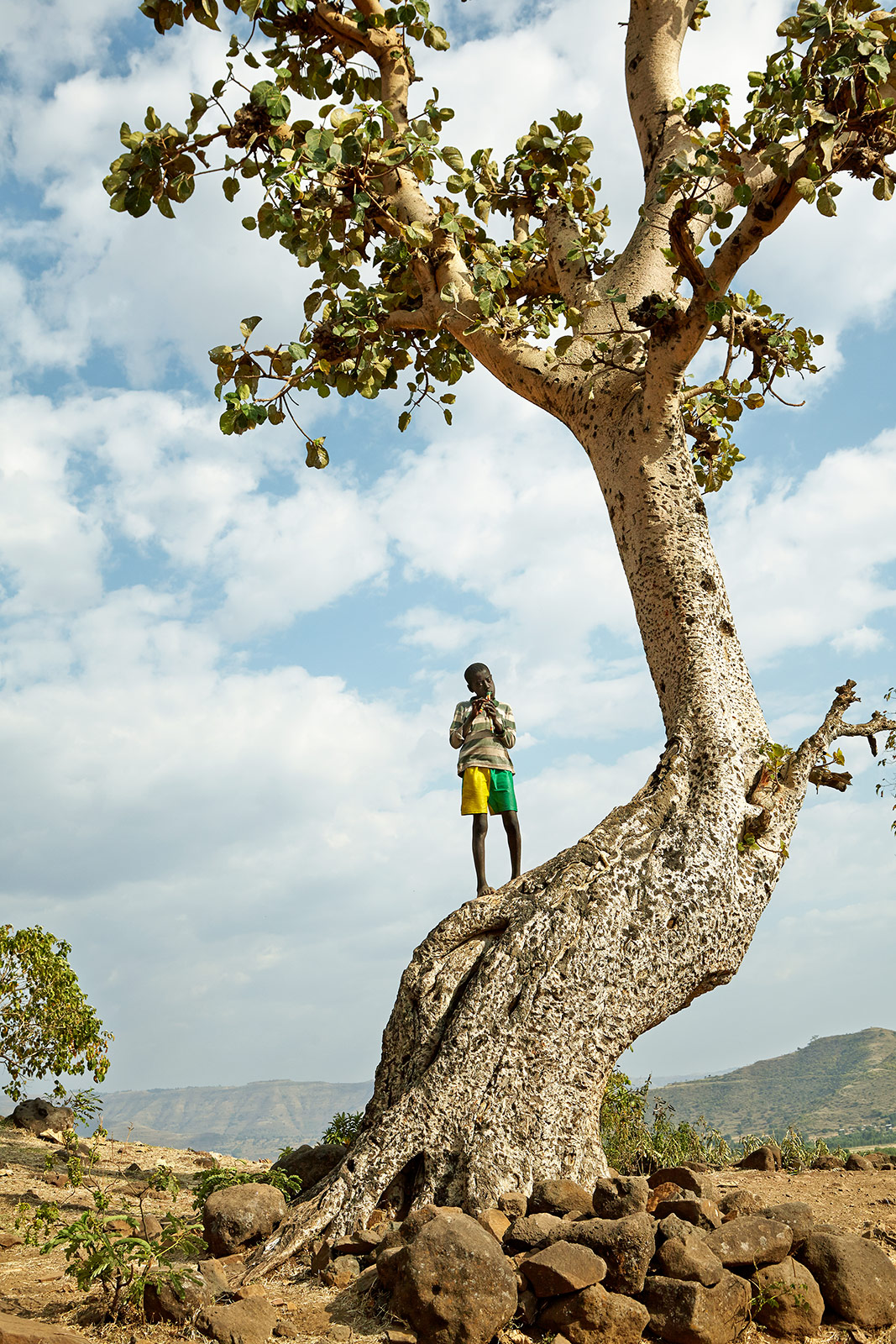 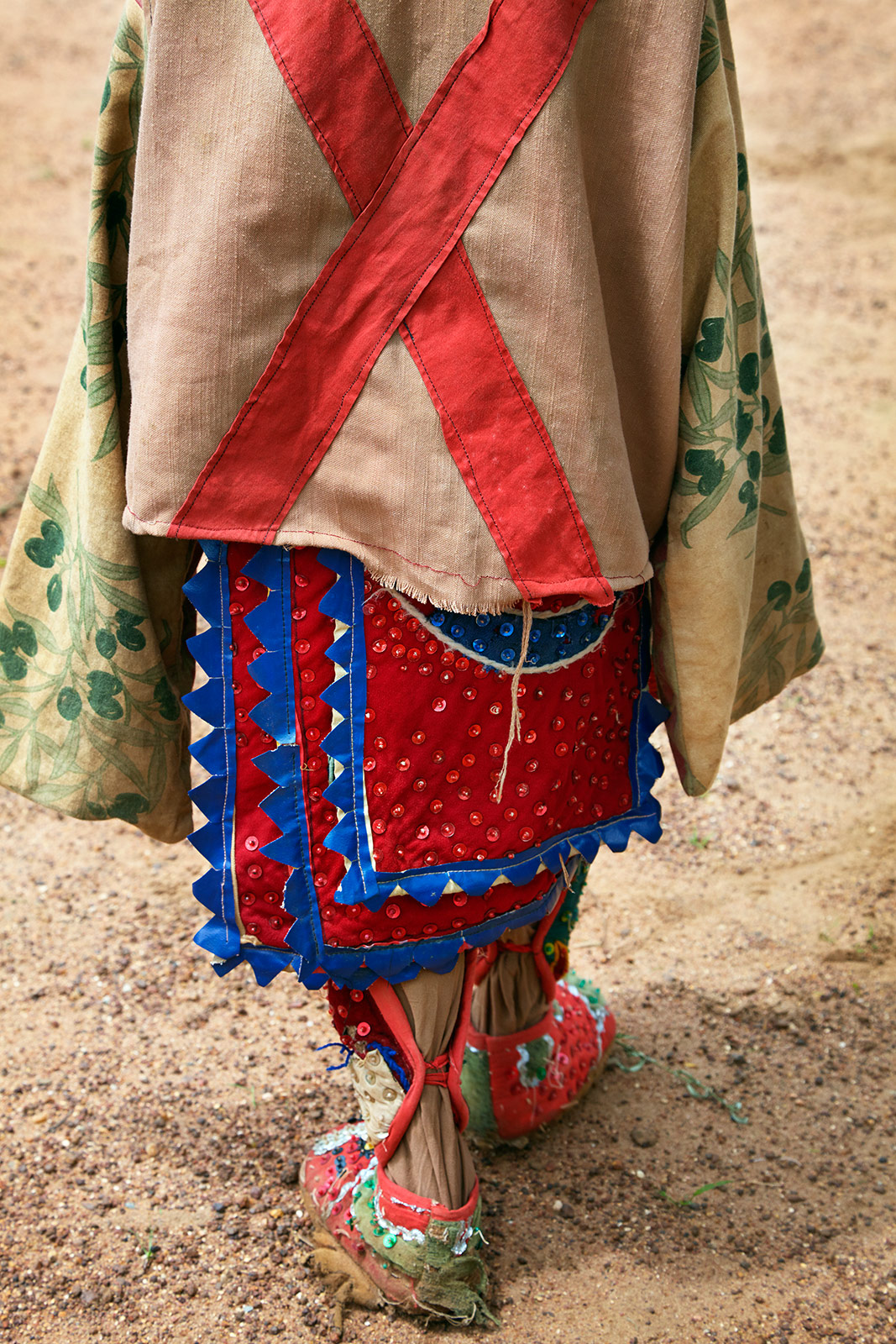 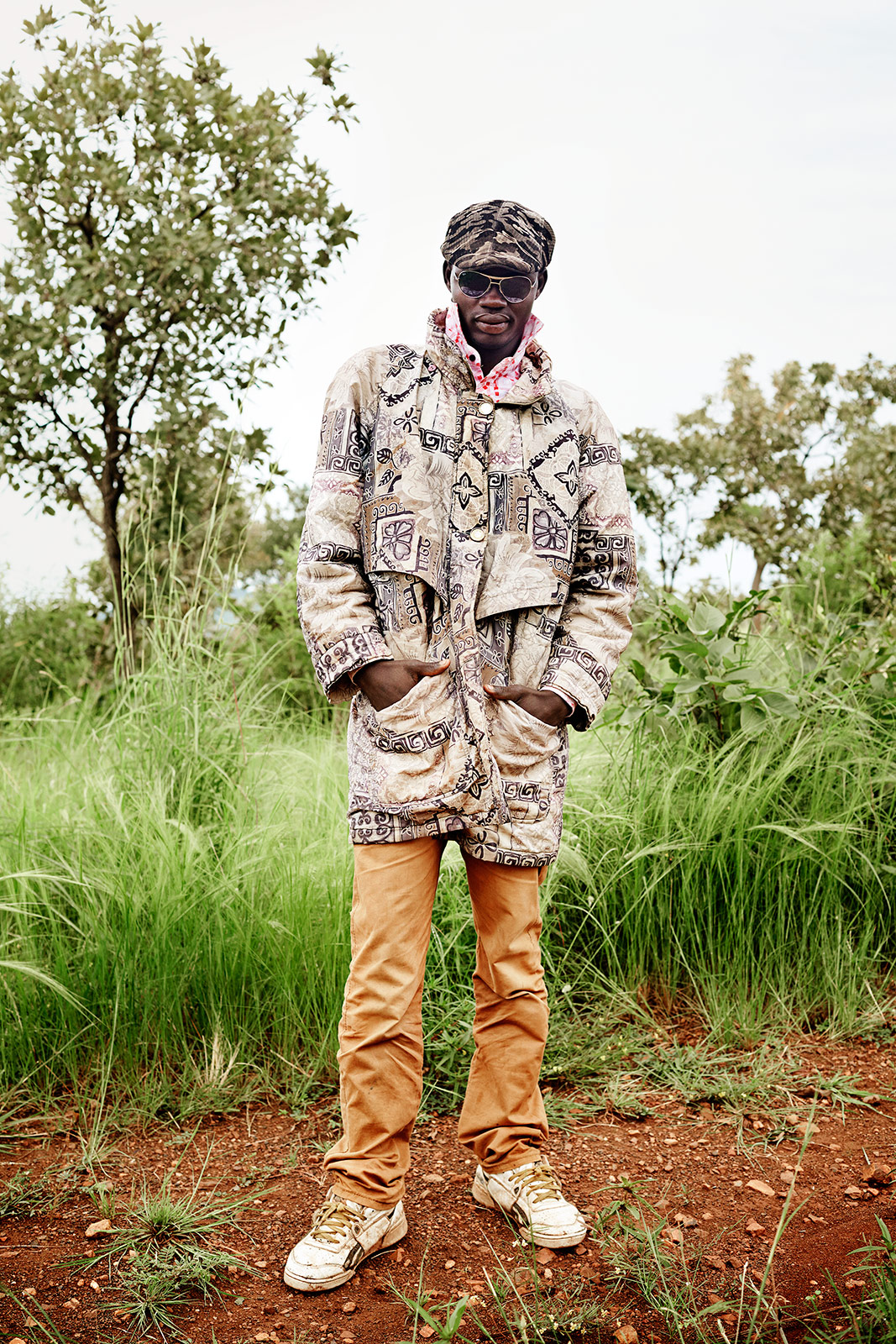 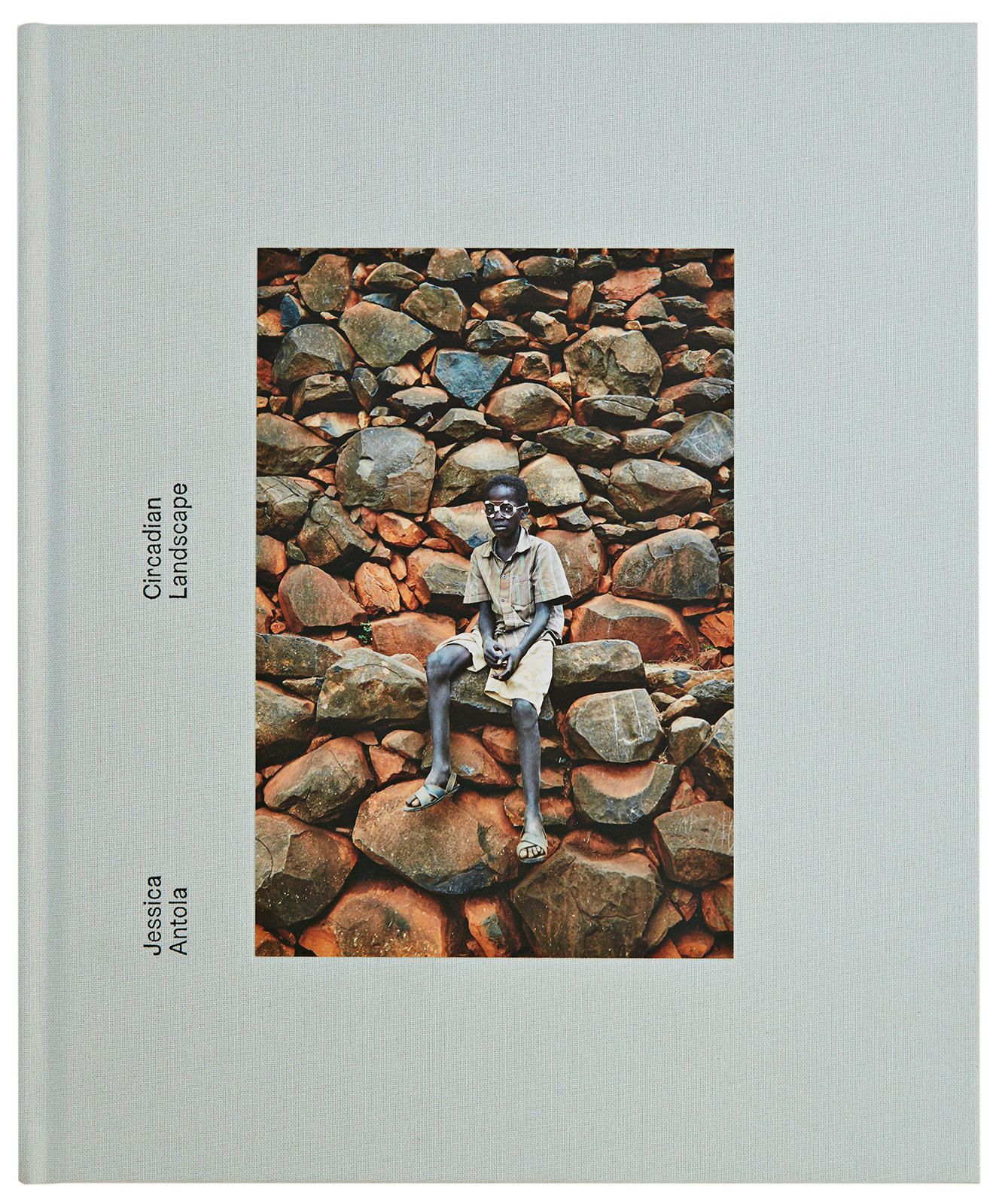