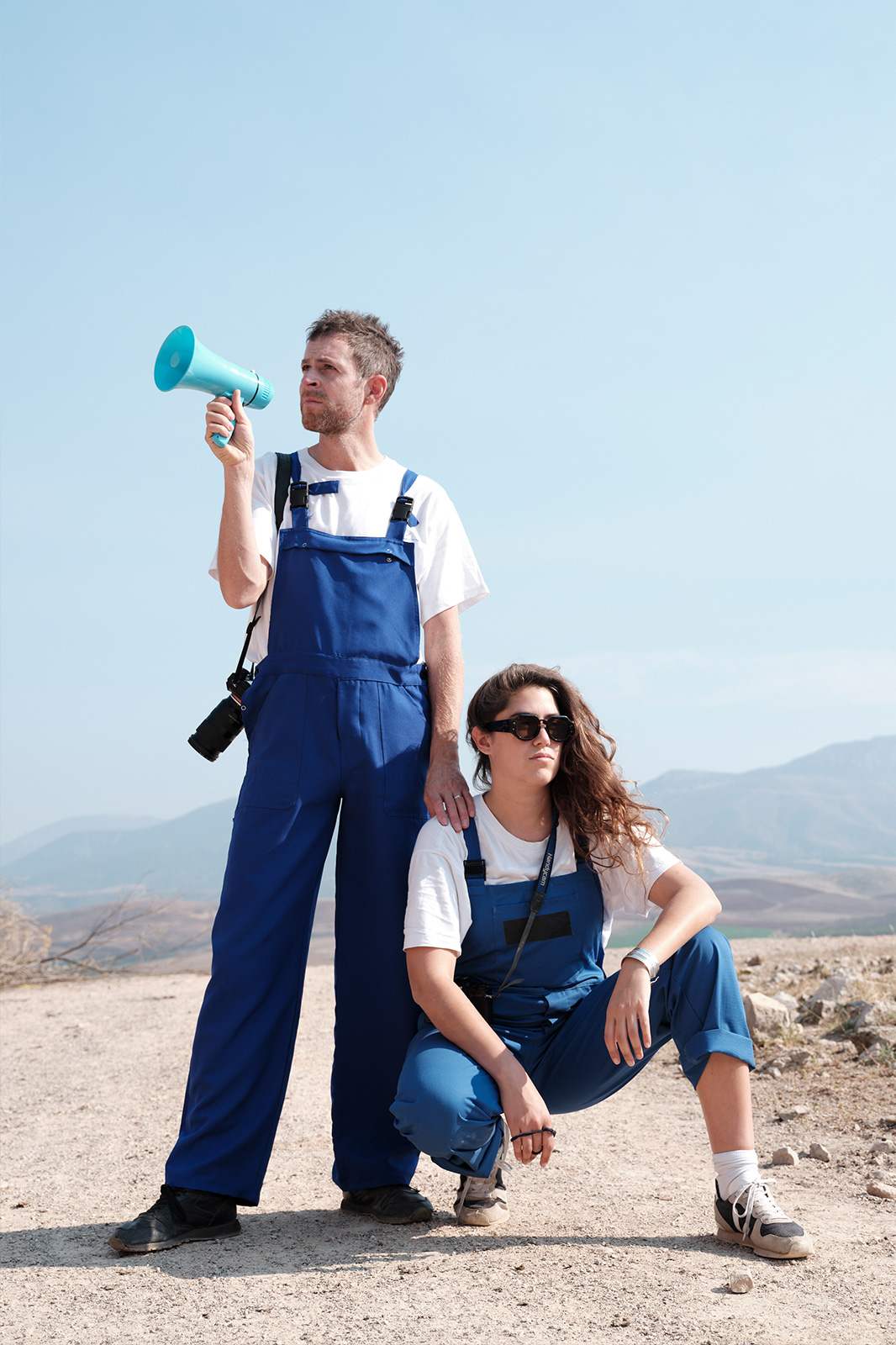 What started as a simple phone call between British artist Jeremy Hutchison and his father, in which the patriarch told the son – falsely, unbeknownst to him – that Athens has more Porsches than the rest of Europe. Upon further reflection, Hutchison saw right through this piece of fake news fabricated by right-wing media to justify false allegations on the Greek debt crisis. Curated by Evelyn Simons and in collaboration with the Athenian performance group Nova Melancholia, Jeremy Hutchison was inspired by this phone call for The Never Never, a travelling art exhibition – currently on view at Casino Luxembourg until January 29 – in which a Porsche 911 can be seen deconstructed. Today, we caught up with the artist to talk about all things during his creative process and how intrinsically flawed our neoliberal society is.
To start off this interview, could you tell us a little bit about yourself?
My work intervenes in consumer culture. I use farce and absurdity to puncture the shiny surface of capitalism. In my early twenties, I lived in New York – writing commercials for Coke, Samsung and Heineken. I was trained in the dark art of consumer seduction and the manipulation of desire. So my practice appropriates the language and strategies of commercial media but inverts them to explore capitalism’s profound contradictions. I think of my work as the bastard child of commodity fetishism.
How would you define your art in three words?
Hot Radical Nonsense™.
Your latest show titled The Never Never, created in collaboration with Nova Melancholia and curated by Evelyn Simons, is comprised of a short film, a series of photographs, paintings, sculptures and performance. Why did you choose to work with so many mediums and how did you decide on these ones specifically?
The Never Never is an exhibition that behaves like a brand campaign. Borrowing the language of marketing communications mimics the way corporations use an array of forms to promote their ludicrous strategies. Commercials, billboards, slogans, website, graphic design and social media: the show operates across a constellation of media. This is integral to the work, which explores the production of contemporary myths – luxury brands, fake news, and national stereotypes. It uses the language of commerce to reflect on the warped ideology that lurks behind the bright patina of consumer society.
At its core, the exhibition hinges around twenty-two nonsense commercials. I shot these in Greece with a commercial crew – cinematographer, producers, stylists, electrician, grip, gaffer – the same professionals that create many of the glossy TV commercials in Athens. As with many of my works, this project trespasses into the mechanisms of the dominant culture. Like a wrong-headed interloper, it mobilises the apparatus of power against itself. 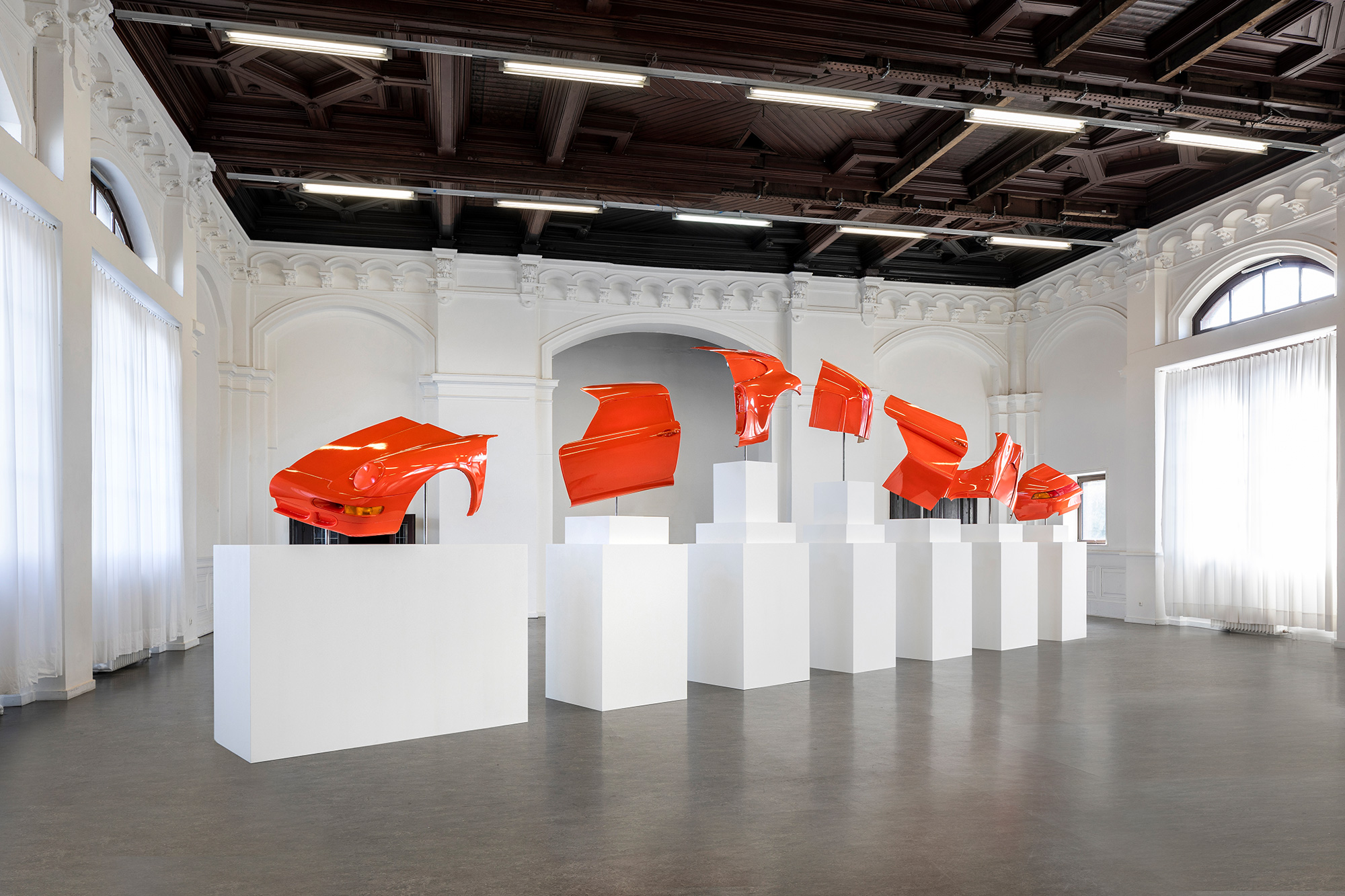 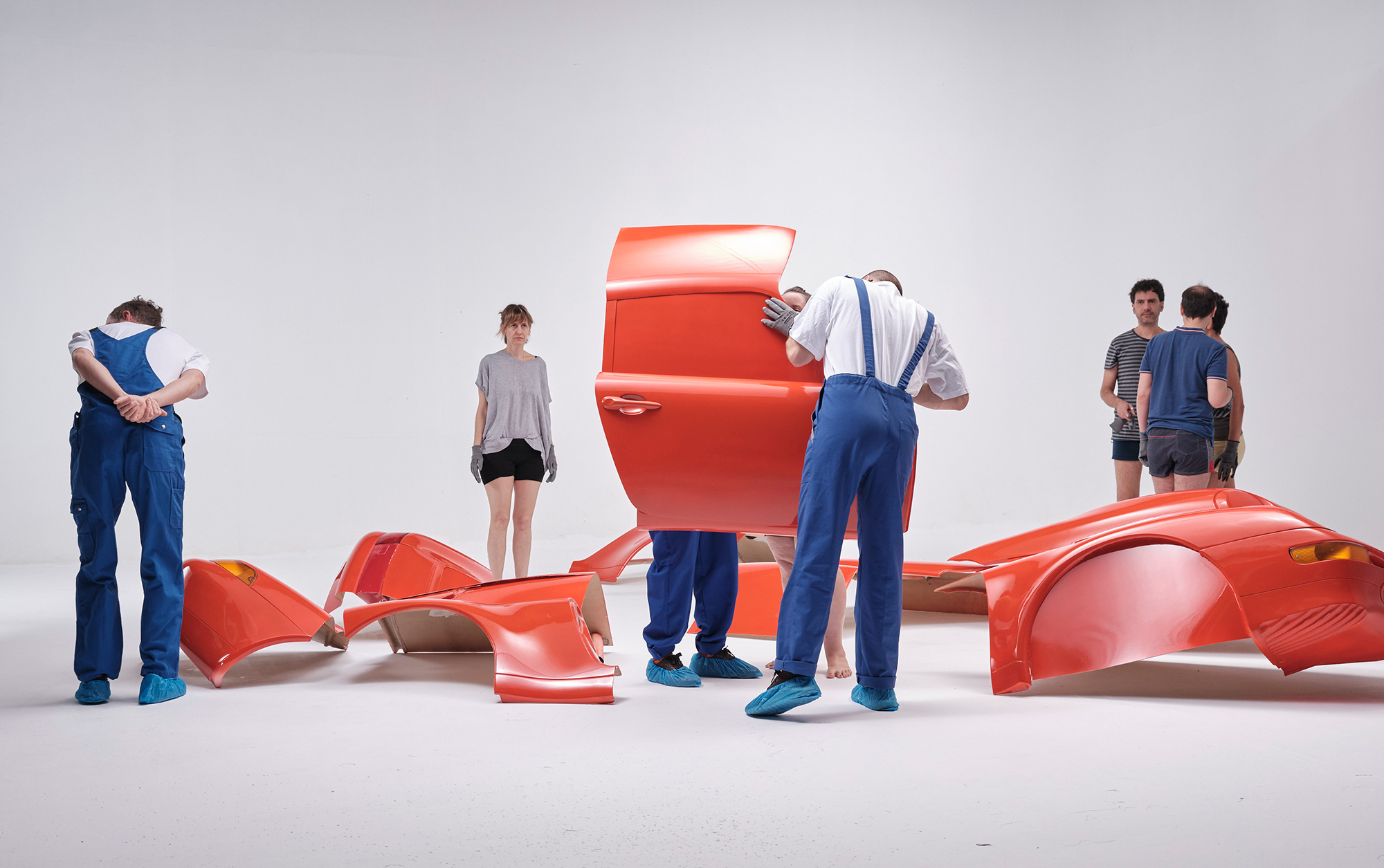 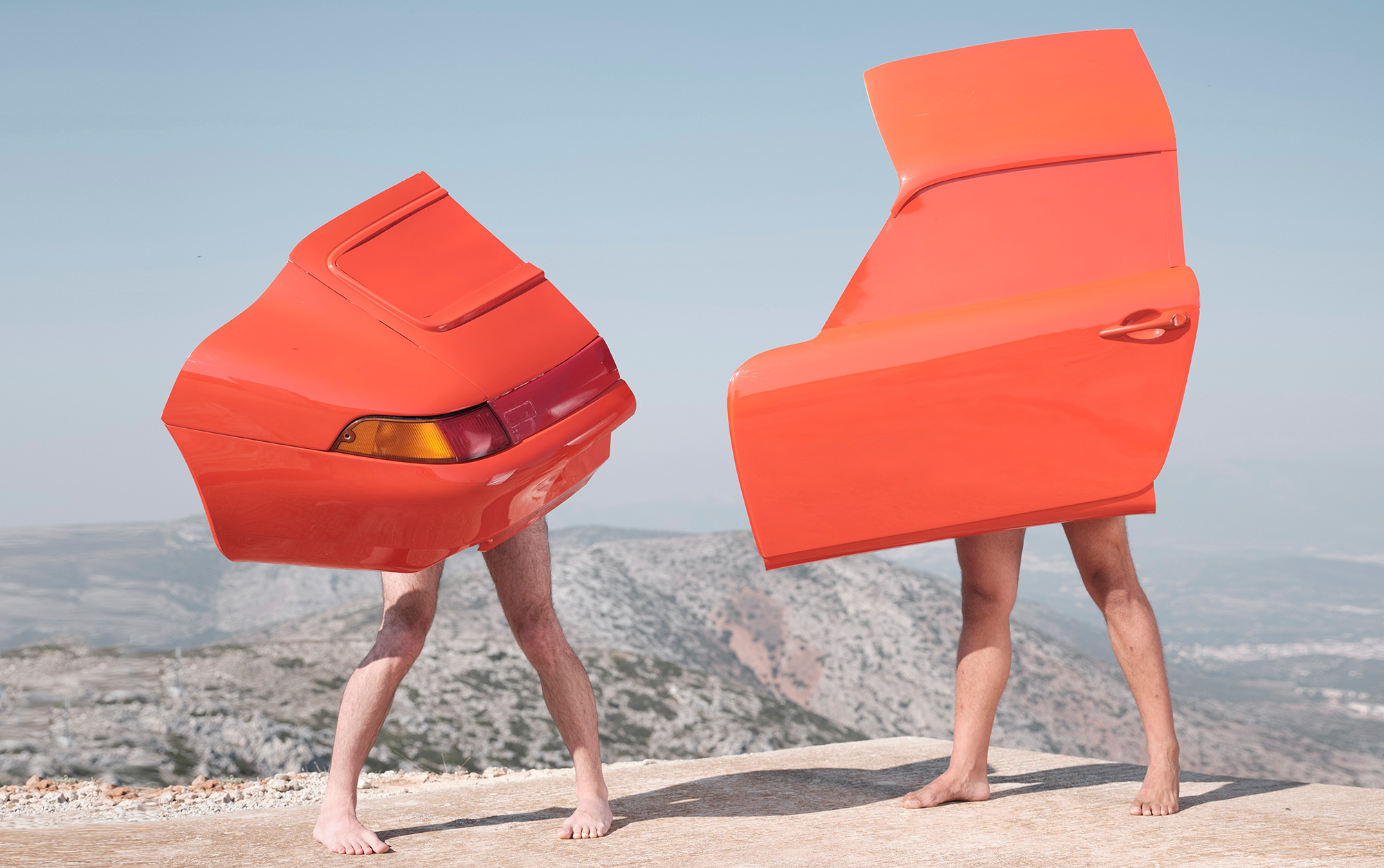 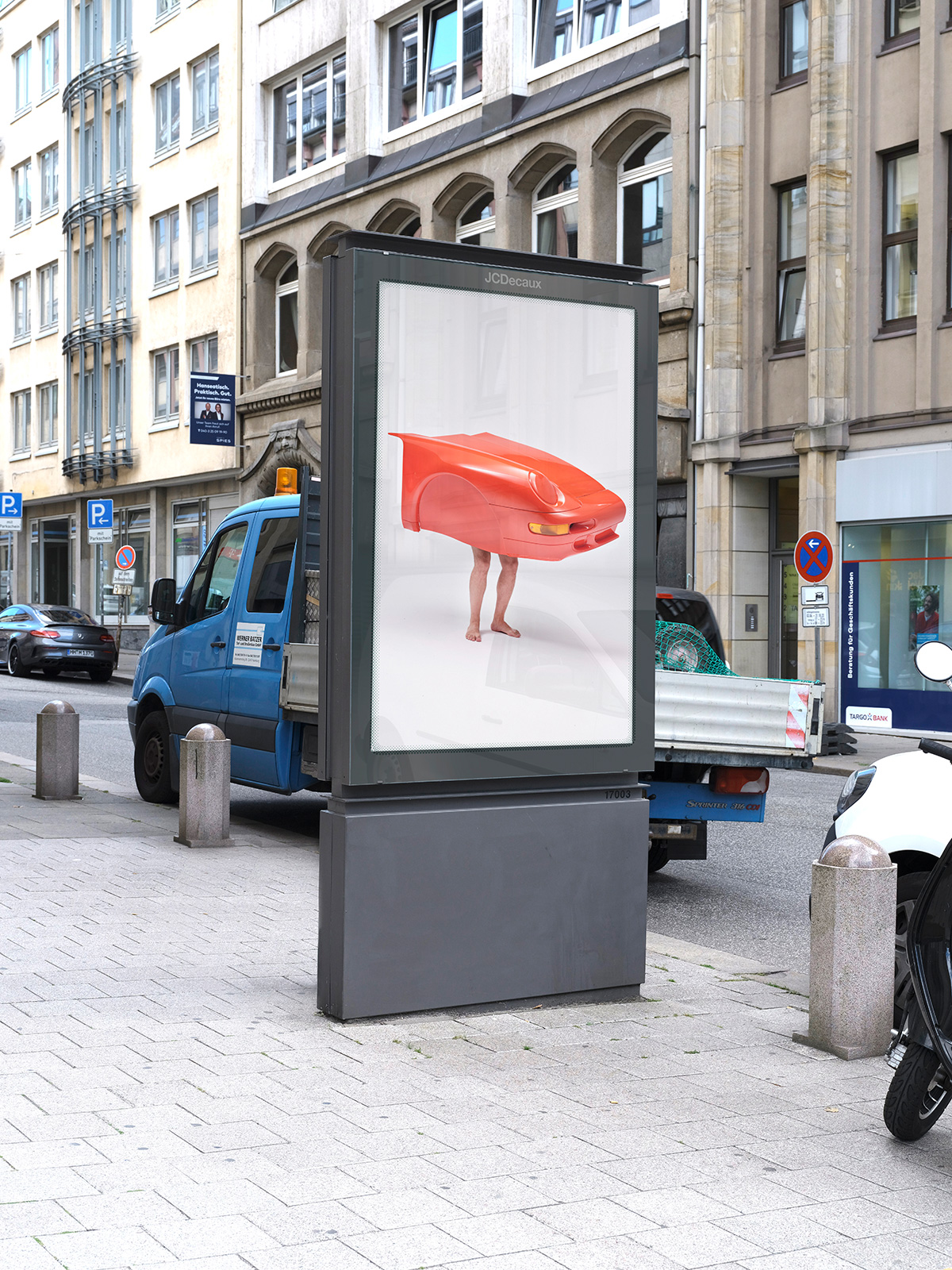 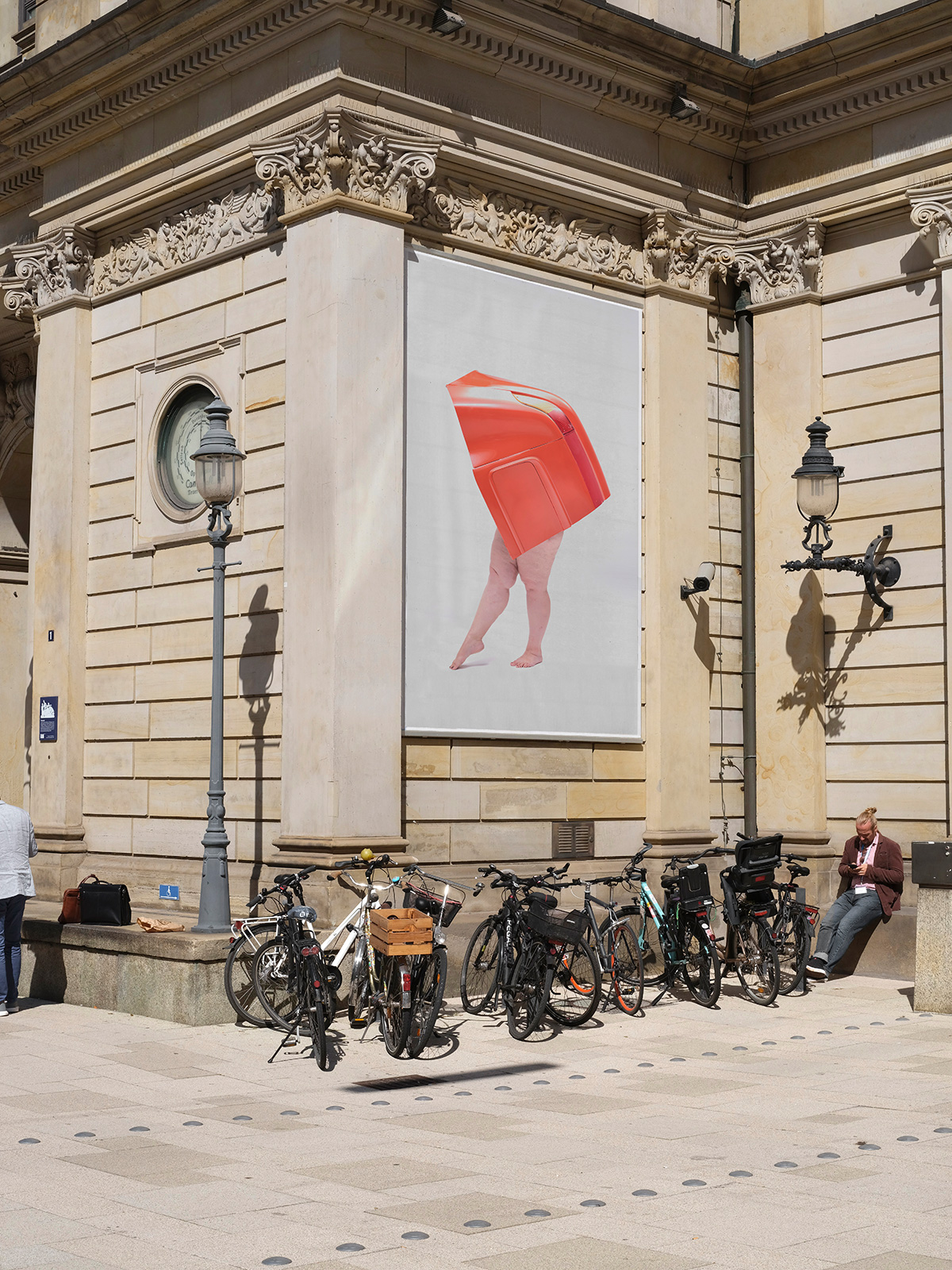