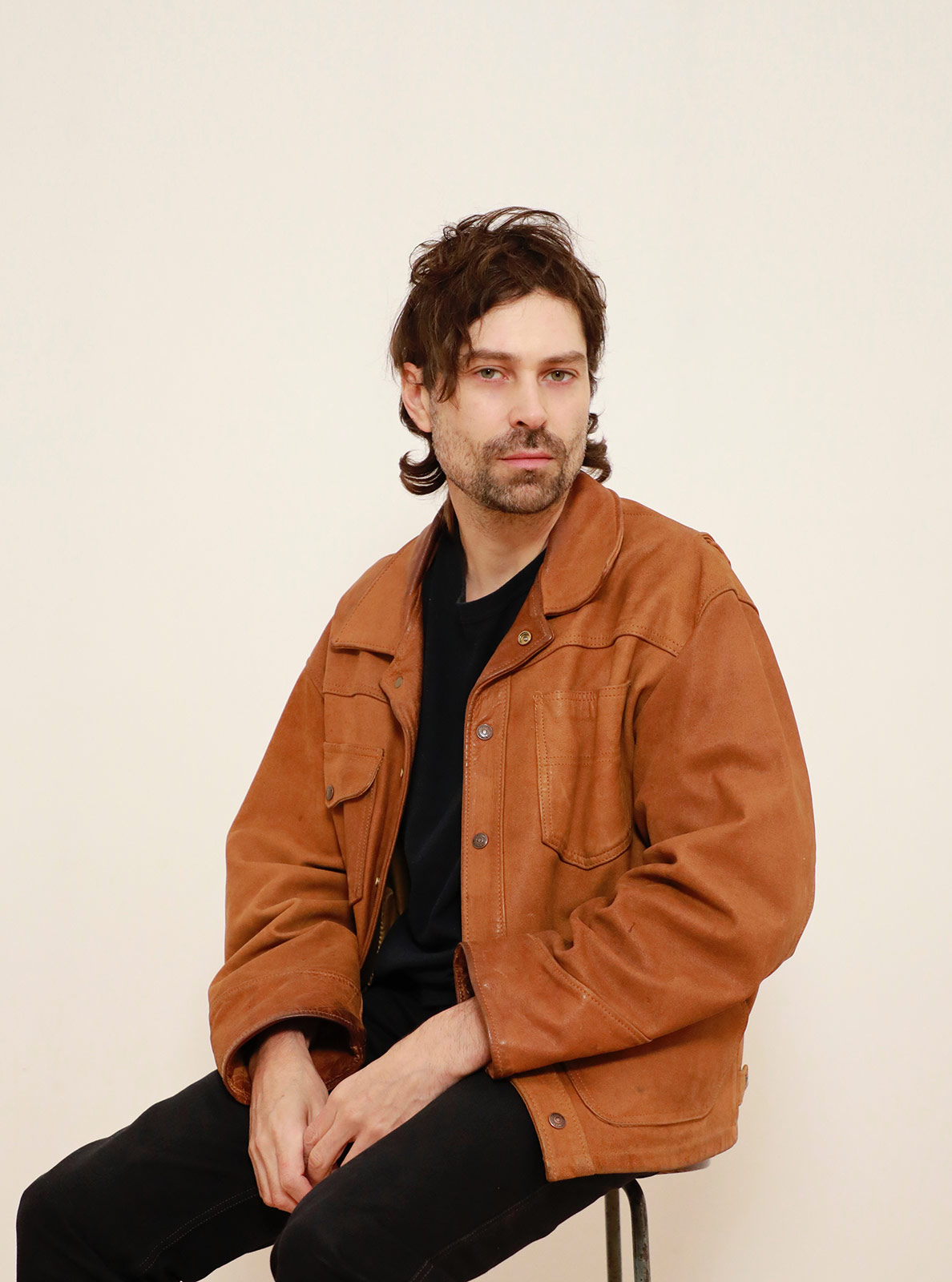 What determines our path in life? Are we truly living a life of free will? These are some of the questions Canadian-born filmmaker Jaron Albertin raises in his first feature film, Weightless, about a man who has to take care of a ten-year-old son he’s never met. Set in a remote town in the hilly landscapes of upstate New York, this honest story brings to light the tragic and beautiful juxtapositions of life.

First of all, congratulations on your directorial debut with the film Weightless! Let’s leave you in the spotlight for a second. You’re originally from Vancouver but have lived in London for quite some time. What made you want to move? Where do you live now? Tell us a little bit about yourself.
I now live in New York, but I lived in London for eight years. It is my second home now. I was doing music videos for British bands at the time, and I felt an affinity to the music and the scene London was having, so I moved. It was also an opportunity to change who I was. Becoming something else is an important thing to do in life at times, especially when you have a brain that is always searching.
You’ve been editing and directing videos for a long time now, and you’ve even been nominated for and awarded numerous prizes for your commercial productions. It’s a big step taking on a feature film. Why did you decide to do it now?
Growing up, I never had the direction to go to film school. I’ve also worked in a more visual and abstract language, so the narrative discipline was something that, for a long time, I wasn’t sure on how to approach. But I’ve always wanted to make longer-form – most filmmakers do. So it wasn’t so much of a why now, but rather, it’s the path which led me and pushed me to it. I plan on doing this more.
The film is a 93-minute-long drama centered around a man who has to take care of a son he’s never met. What more can you tell the readers about the narrative of the film?
Weightless is a story about connection and how hard it can be. 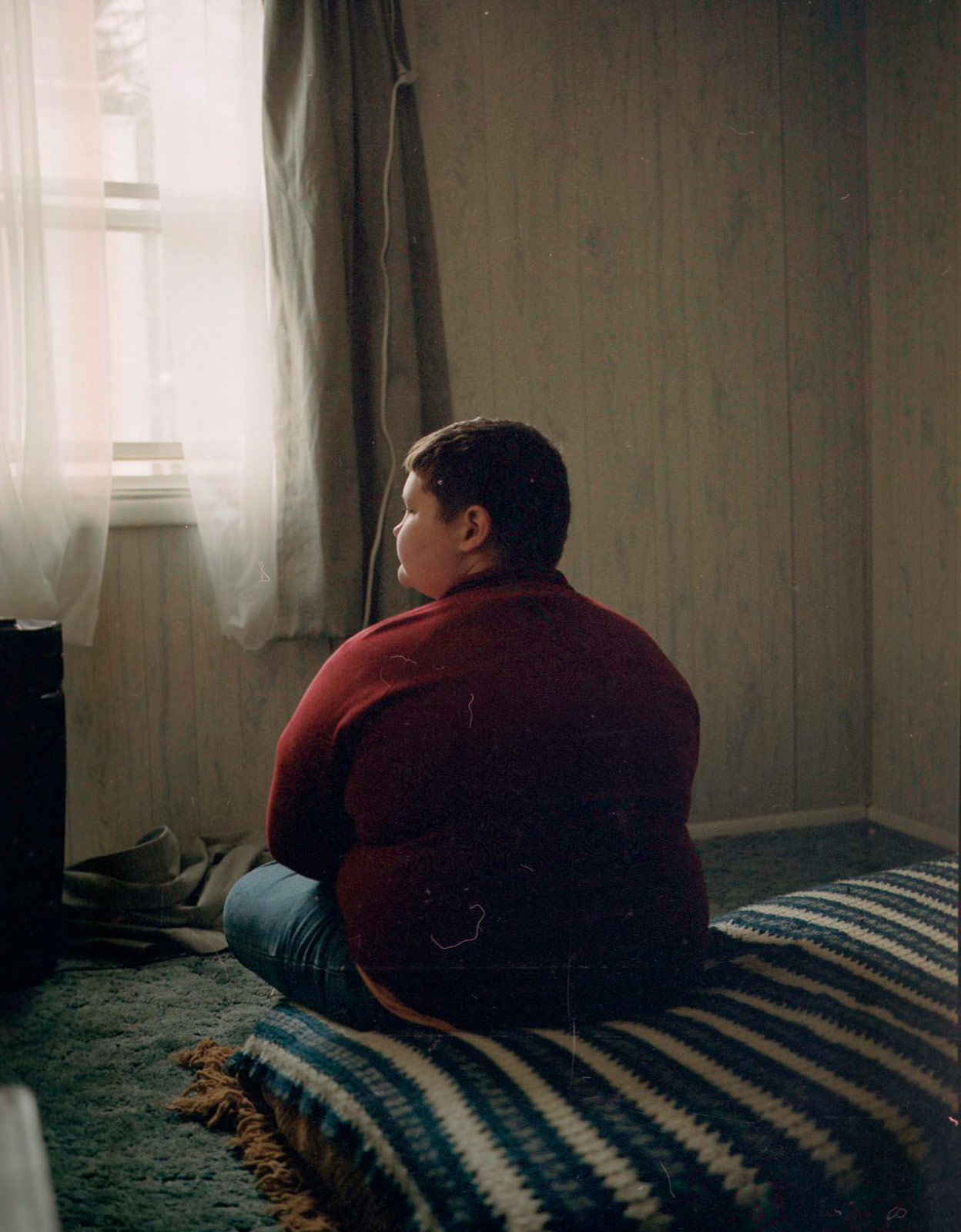 Why did you fall for this story? How does it relate to you personally?
It started with an abstract idea about a father living inside the belly of his child. Like a fetus, this father lived inside his obese kid. It is a metaphor for hereditary trauma. In psychology, it’s a phenomenon where traumatic experiences can be passed down from one generation to the next. How pain and suffering can be passed on, repeated, cyclical.
Throughout the film, we get small indications that there is something off with the main character, but it never really becomes clear. Can you give us a hint?
I never really wanted to define a condition because often, reality doesn’t define things. It’s what makes people frustrating, it’s what makes them enigmas. It’s why we have family members who don’t talk to each other. Put it this way: Joel is like a woodcutter. Think of objective skills and situations, like a woodcutter who cuts wood. When Joel sees the first tree, he hacks away; when he sees the next, he hacks away. But he refuses to spend twenty minutes each day to sharpen his ax. Every day, he wonders why he can’t cut as much wood as he should be able too. He wonders why it’s such hard work. Ultimately, never realizing he’s using a dull tool, a less than optimal tool. He’s in a cycle, unable to get out of it; he's stuck and doesn't know how to change. This is the general human condition if we look at the big picture.
“There is a disturbing juxtaposition of splendid vistas and depressing realities in these remote places. The clash of beauty right outside your door and repressed poor communities.” Although this is merely a description from the press release of why the locations were chosen, it seems to be true throughout the film. There appears to be a constant juxtaposition happening within the characters as well as the staging of the scenes; a mix of something tragic, absurd and a general search for something, creating an ambivalence of both frustration and sympathy with the main characters. Absolutely, beautifully done. Why was this important to the film?
Space and isolation. I grew up in nature, in a small valley in-between mountains where fifty per cent of the kids who I went to school with were bussed in from up to three hours away from different native reserves. I have always been into the harmonious perspective on violent and depressing realities alongside nature. Often, it’s hard to look outside your living conditions and notice the beauty. Kids used to huff glue on a rock behind the gas station, overlooking the most beautiful mountains you’ve ever seen. Having spent so much time living in bigger cities, it was something I wanted to return to. It’s these dichotomies that fascinate me and find familiar.

“I never really wanted to define a condition because often, reality doesn’t define things.”
The landscapes remind me an awful lot of Vermont. Am I completely wrong? Where was it filmed?
Vermont, but without the mountains. It was my original intent to shoot in the Thompson Okanagan, which is close to the interior of British Columbia. I sense it being similar to Vermont. However, we shot in upstate New York, in a small town called Johnstown, about two hours north of Albany. It made more practical sense for our budget and actors.
The choice of music is absolutely brilliant. I think Julianna Brawick’s Pricewinning opening up in one of the first scenes sets the distantly dreamy mood that we’re left in for the rest of the film. How did you go about the selection of the music?
Thank you. Well, I wanted the music to highlight a contrast between the environment and the characters.  To lift us out of the mundane, of what we were watching. At points meditative and hypnotic. This was a reference point for Barwick. When you watch that scene, there is actually a lot going on, the power line poles bend and warp. However, for the film score, we chose music that was more pared back – it is by an artist named Clem Leek who plays this beautiful piano.
Is there a precise moment you remember from the filming? Could you tell us a turning point, or a remarkable anecdote from the process?
Our camera Jammed when we lit the barn on fire. It lit up like a tinderbox. It was so cold, and we only had one go. Luckily, we got it working again before the whole barn had burnt down. 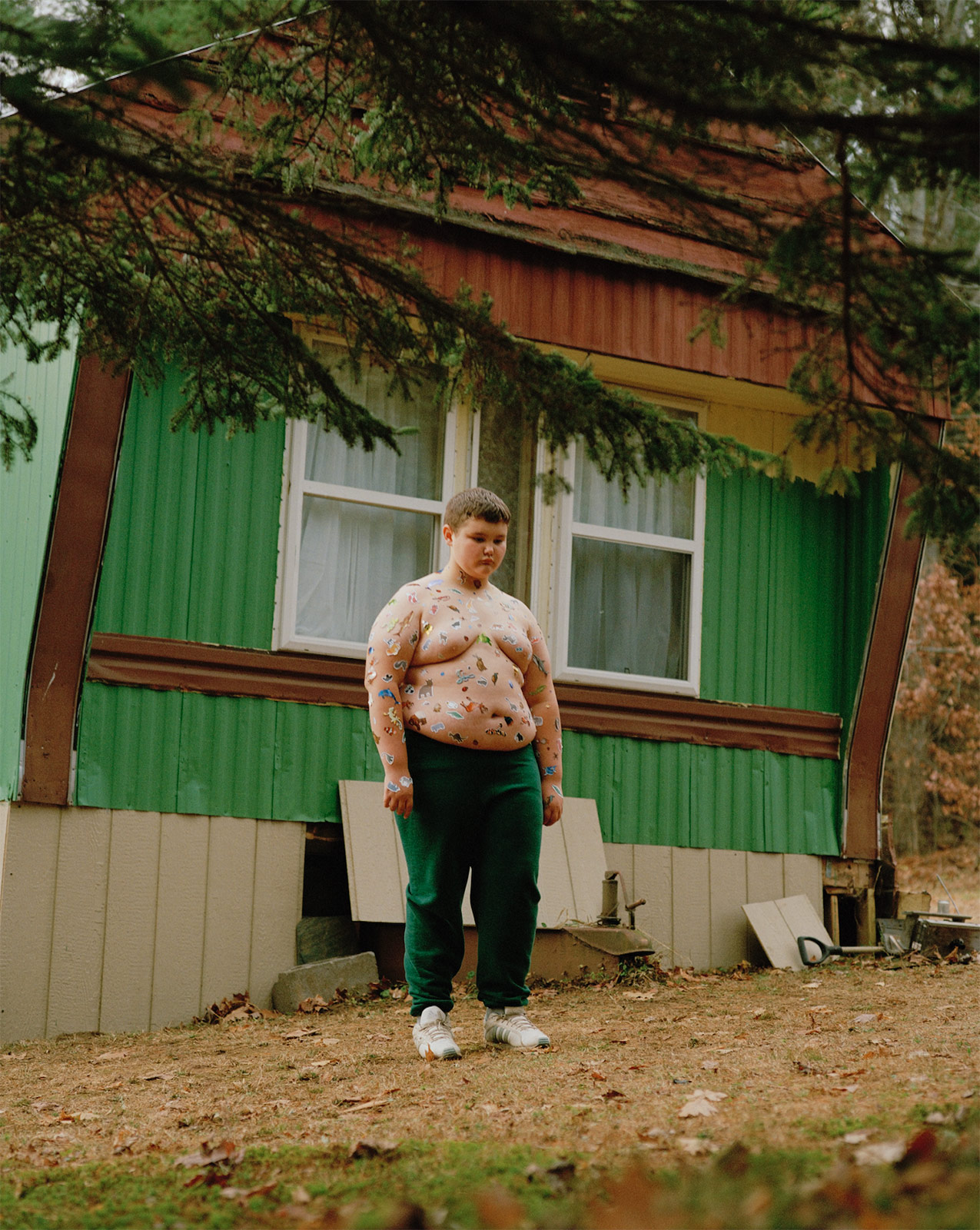 Some scenes stand out more than others; particularly, the ones where the 250-pounds son has a bag over his head or when his nude body is covered in animal stickers. Although they might have a symbolic value, they do appear more staged than the rest of the film, I’d say even ‘fashionable’. And you’ve actually worked for fashion brands and companies for many years. Do you think it has influenced the film aesthetics – like these two moments I mention, for example?
I’d say that I am drawn to a visual language, and that images stand out more than words at times. An image can inspire a complete story. I didn’t want the son, Will, to be moving. It was important for him to be static for the film. And if you notice, you only see him walking or moving a couple of times. Even then, my instinct was to cut them. In the end, we end up with a very sculptural character. Very beautiful to the film.
Without spoiling too much, can you help us grasp the title?
The title is a reference to the very last scene in the film. It’s a desire.
As you reflect upon your first feature production, is it something we will see more of in the future?
Definitely. 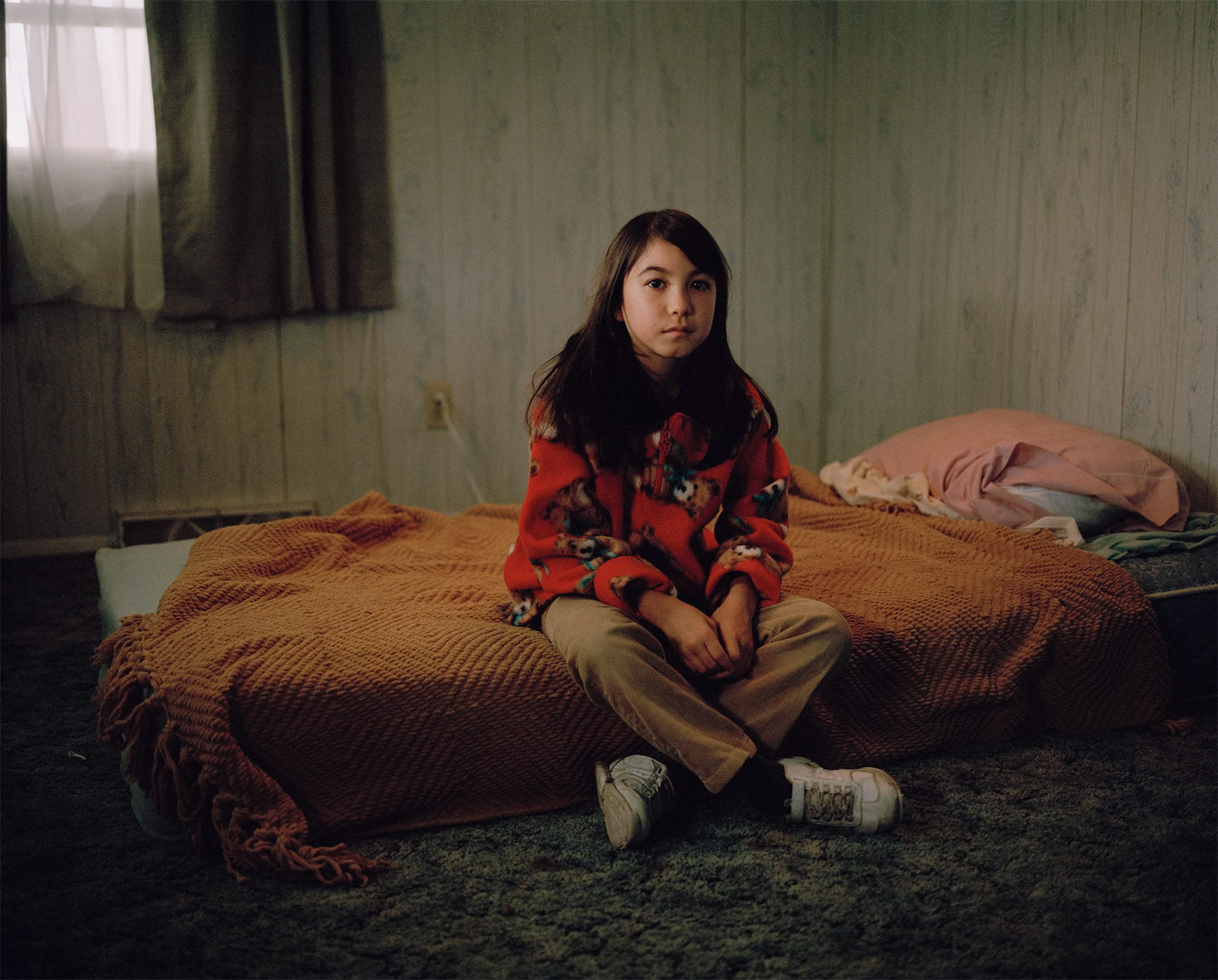 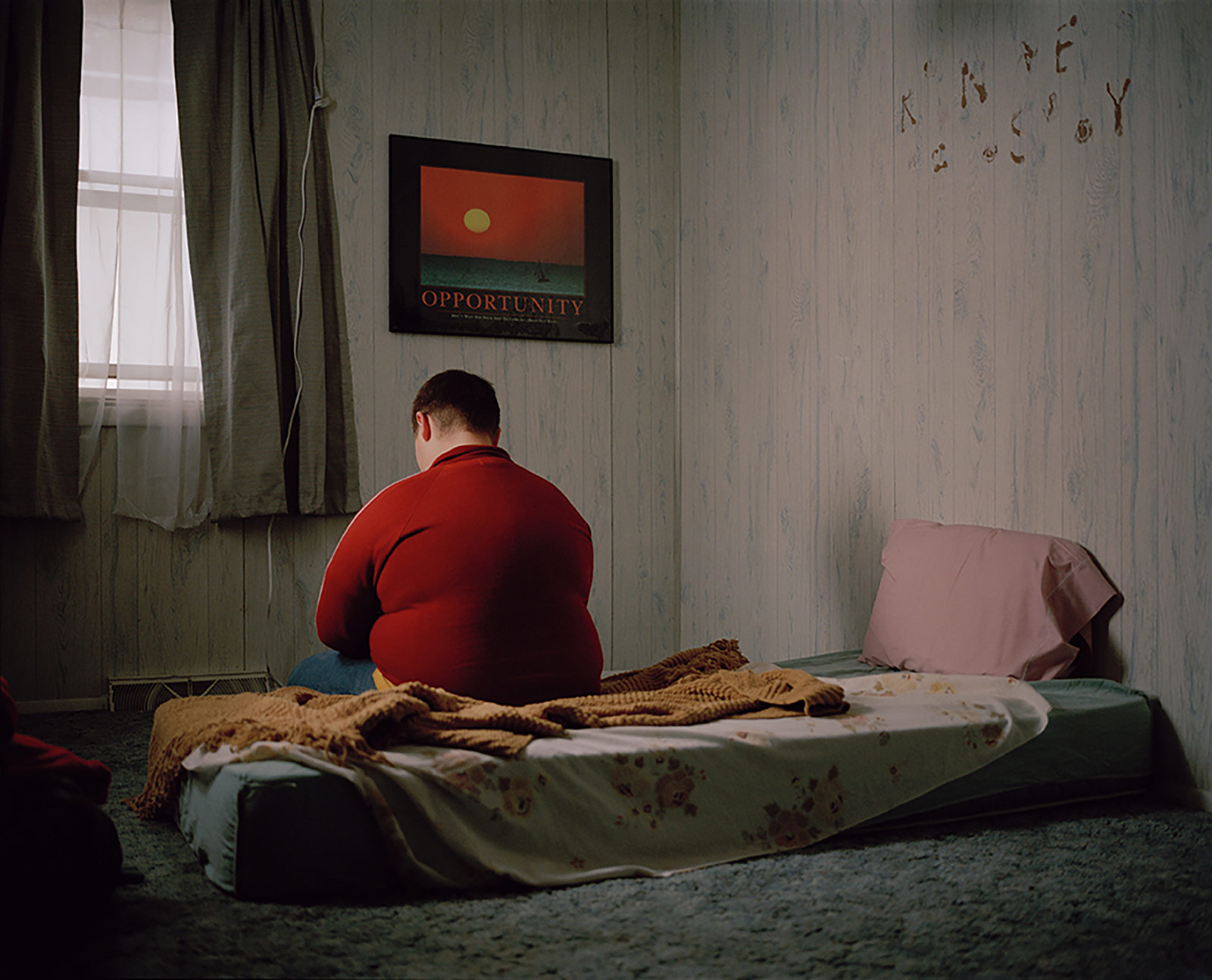 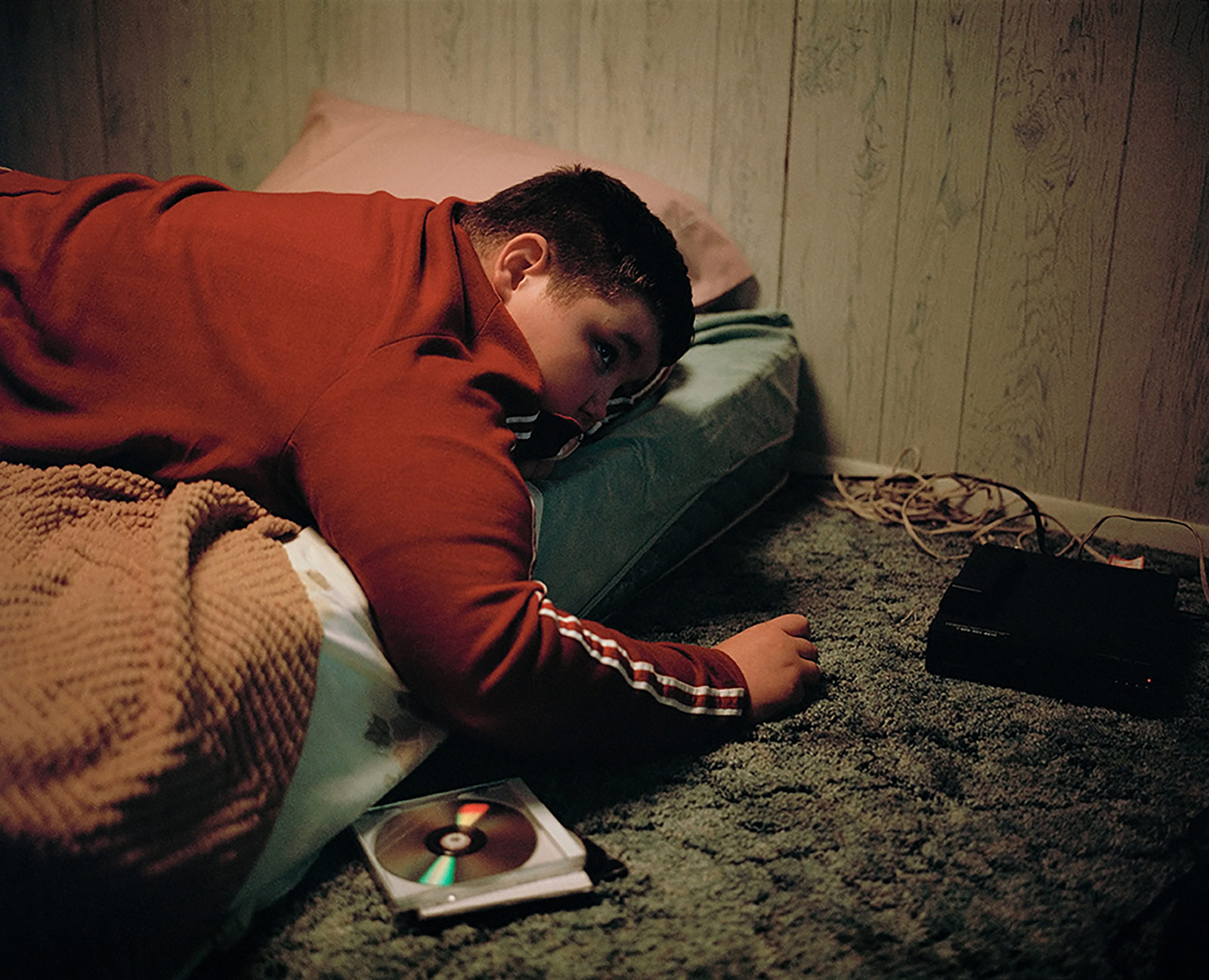 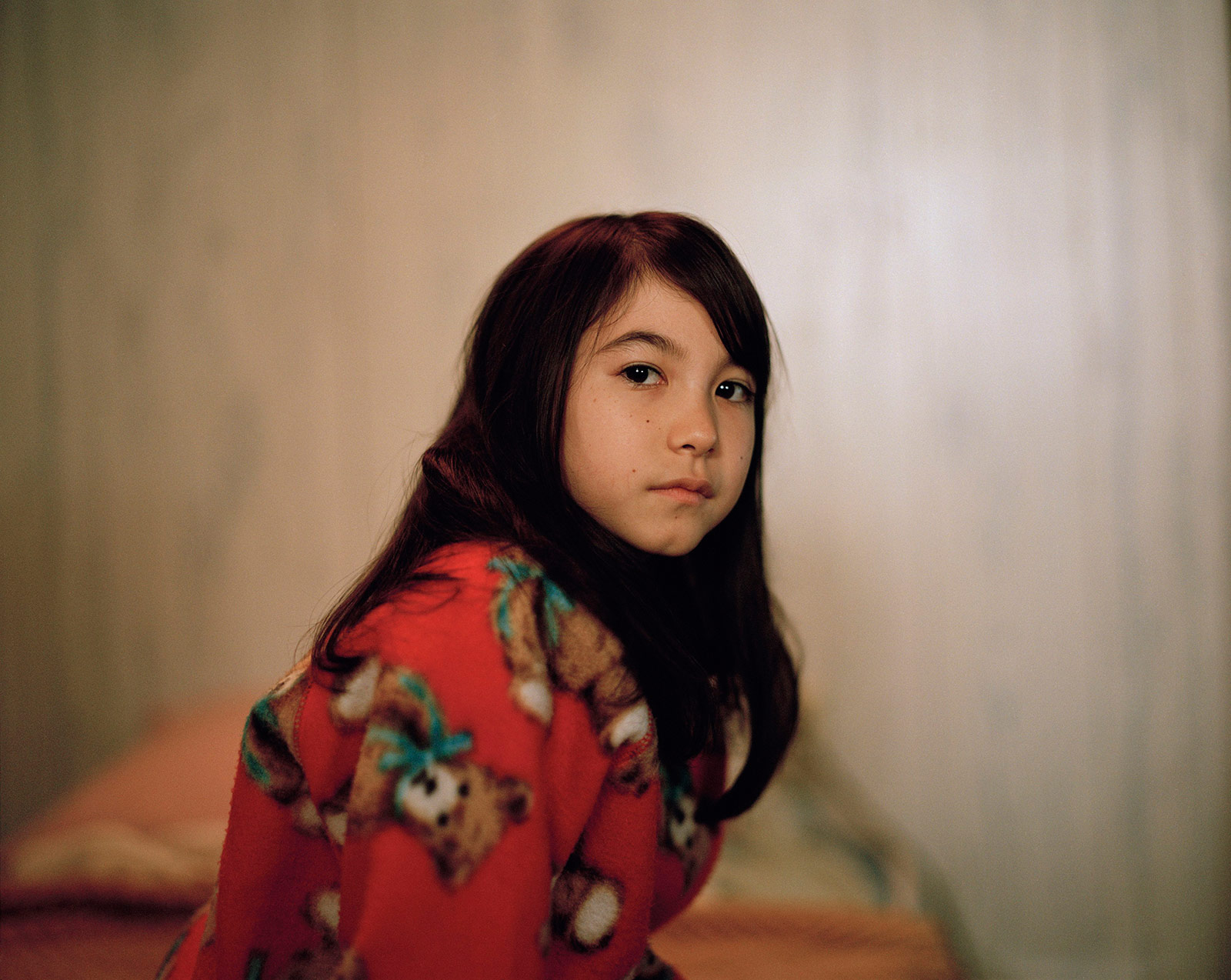 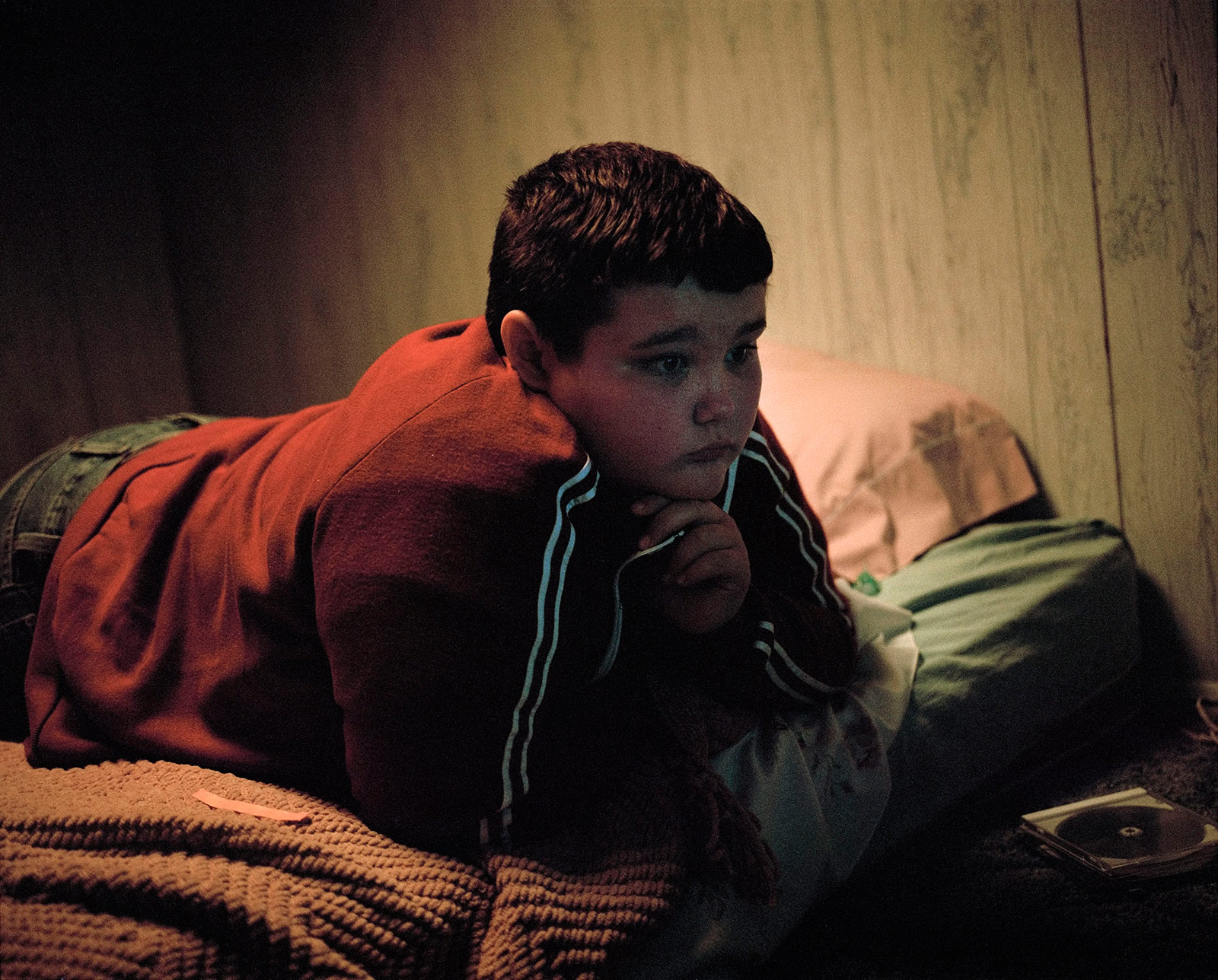 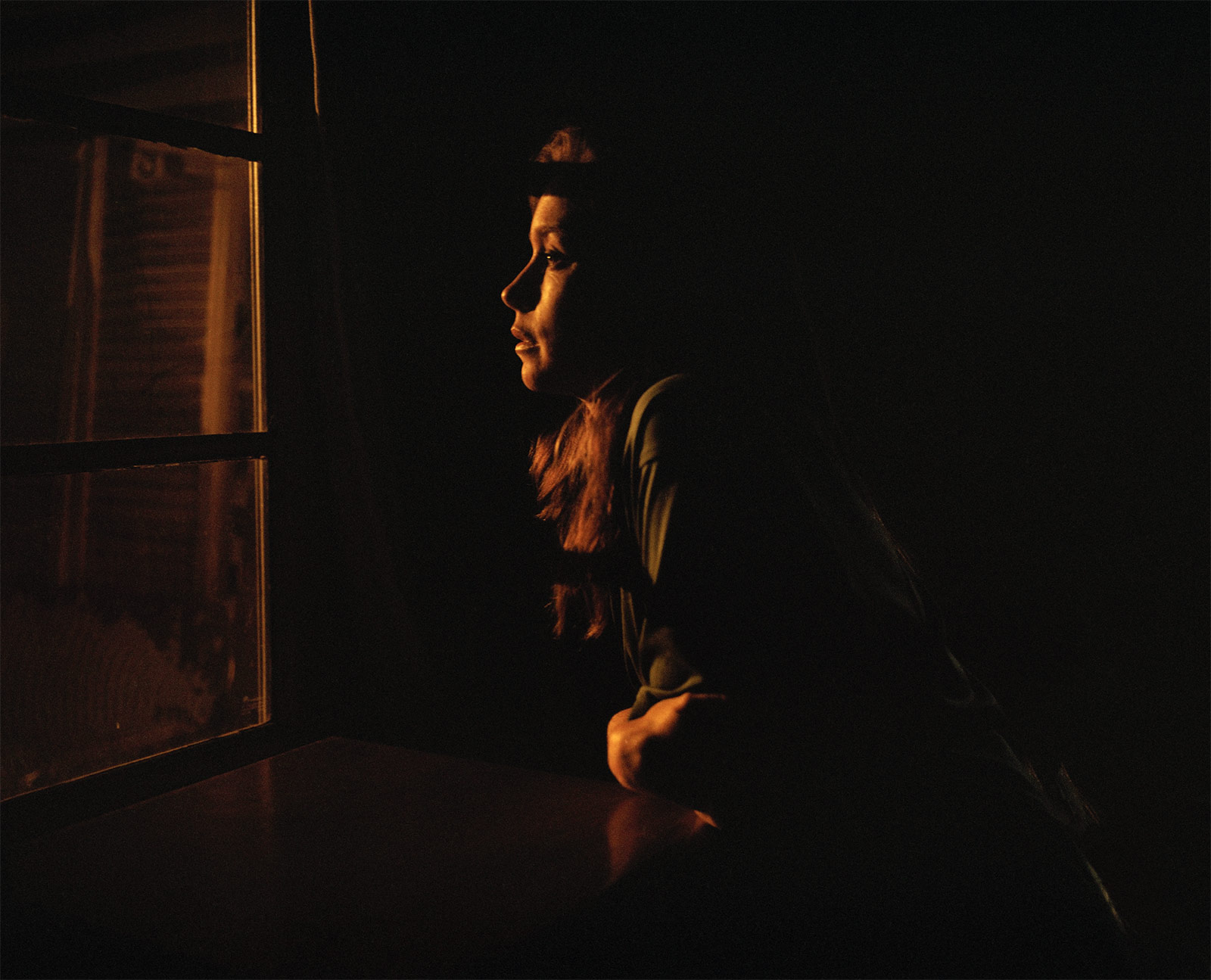