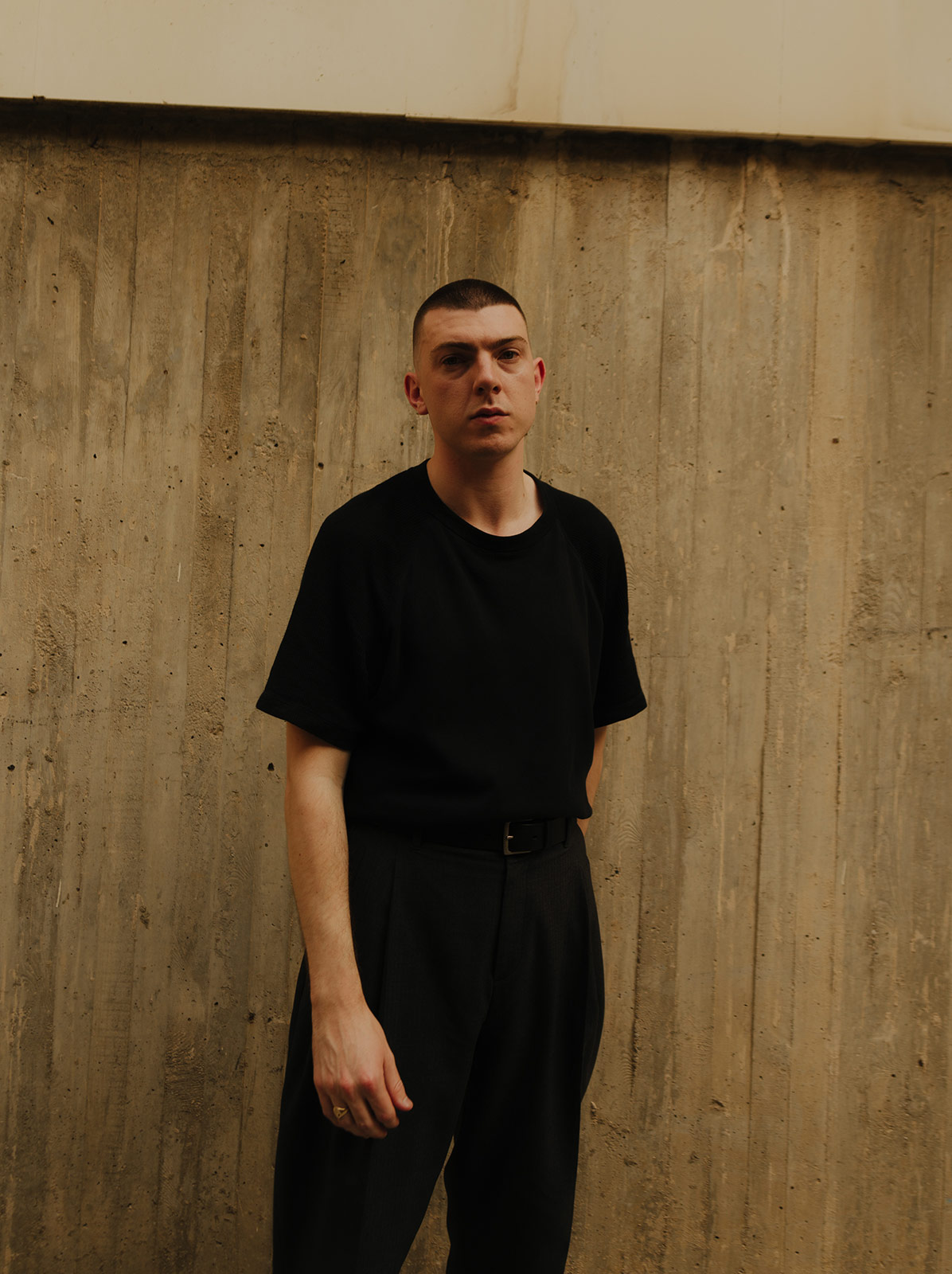 J Colleran, previously known as Mmoths, started making music in his bedroom in the Irish countryside at the age of 17. Ten years on, he has played countless festivals around the world, opened on tour for The XX and produced an impressive portfolio. After gracing us with the gorgeous Gardenia in 2018, his latest record, EP01, was released at the end of last year and makes for a delightful, ethereal experience of an ambient EP, featuring the most basic of elements and a dash of Kawasaki motorbike sampling. We were lucky enough to ask Jack about his vision surrounding EP01, the importance of organic vs inorganic elements used in his sound and how he managed to craft music that will always sound a little bit aerial and unreal to the ears.

You were previously known as Mmoths and then switched to your real name, J Colleran. Could you explain the reason behind this switch and why it felt meaningful to you? A renaissance maybe?
Mostly, I felt I had done all I wanted to do with that project and had new ideas that didn’t fit within that space. Sometimes, the things we construct don’t always fit several years later and it’s freeing to disassemble and start again.
After releasing Gardenia in 2018, you released EP01 last October. Congrats on that, it’s a gorgeous five-track, ambient and weightless record, which makes for a spectacular, granular, almost futuristic experience. I think I noticed the use of motorbike sounds sampling. Can you guide us through the crafting and techniques used in the making of this record?
Thanks for the kind words! The record is built around Youtube clips of Kawasaki motorbike engines and pulling those samples into granular synthesizers. I wanted the record to feel somewhat delicate and wanted to keep it as stripped back as possible, only featuring the most necessary elements. The record also features the voice of a friend of mine, Nami Sato, who I met at Red Bull Music Academy last year.

You’re originally from the small Irish town of Newbridge. I read somewhere that a lot of your inspiration is drawn from places and that you spend a lot of time walking around the streets of Dublin, perfecting your sound along the way. How much of the Irish land and cityscapes fit into your sound?
I’m not sure if there’s that much of a line to be drawn between the music and the places in which it was written. I guess it creeps into it in ways but it’s not often a direct response or influence. I spend a lot of time listening back to different versions of recordings I’m working on when walking, and I guess sometimes it can become a subtle influence when you’re in that headspace.
I am in love with the artwork for EP01. Like your music, it is also a form of collage. Who’s behind it? How did the collaboration/relationship come about?
Ciaran Birch designed the record. He’s a hugely talented designer from the UK. I came across his work when he was finishing his degree at the University of Brighton last year. It’s one of my favourite projects I’ve worked on and hope to work with him more in the future.
You performed at Mutek and Sónar Festivals this past year. Do you enjoy performing live? What live techniques do you use to enhance the audience’s experience of your music?
I think one of the less prominent features on the records is the use of sub frequencies. I try to play around with that a lot in the live show and give that a more focused role. For Sónar last year, I collaborated with Camille Doussy on a new Live AV show and hope to show that again sometime soon.

We’ve been following the Irish and particularly the Dublin music scene very closely for the past few years, as it seems a lot of exciting stuff is coming out of it. Are there any names you could drop that you think deserve our close attention?
One of my favourite artists is Maria Somerville. She released her debut record last year – it’s an incredibly beautiful piece of work. Would definitely recommend checking it if you haven’t already.
Finally, can you give us a bit of insight into the next months? What exciting things are you working on?
The next few months will be spent working on my label Oyae and figuring out where exactly that will go – some special projects in the works.