How to be a tender rebel 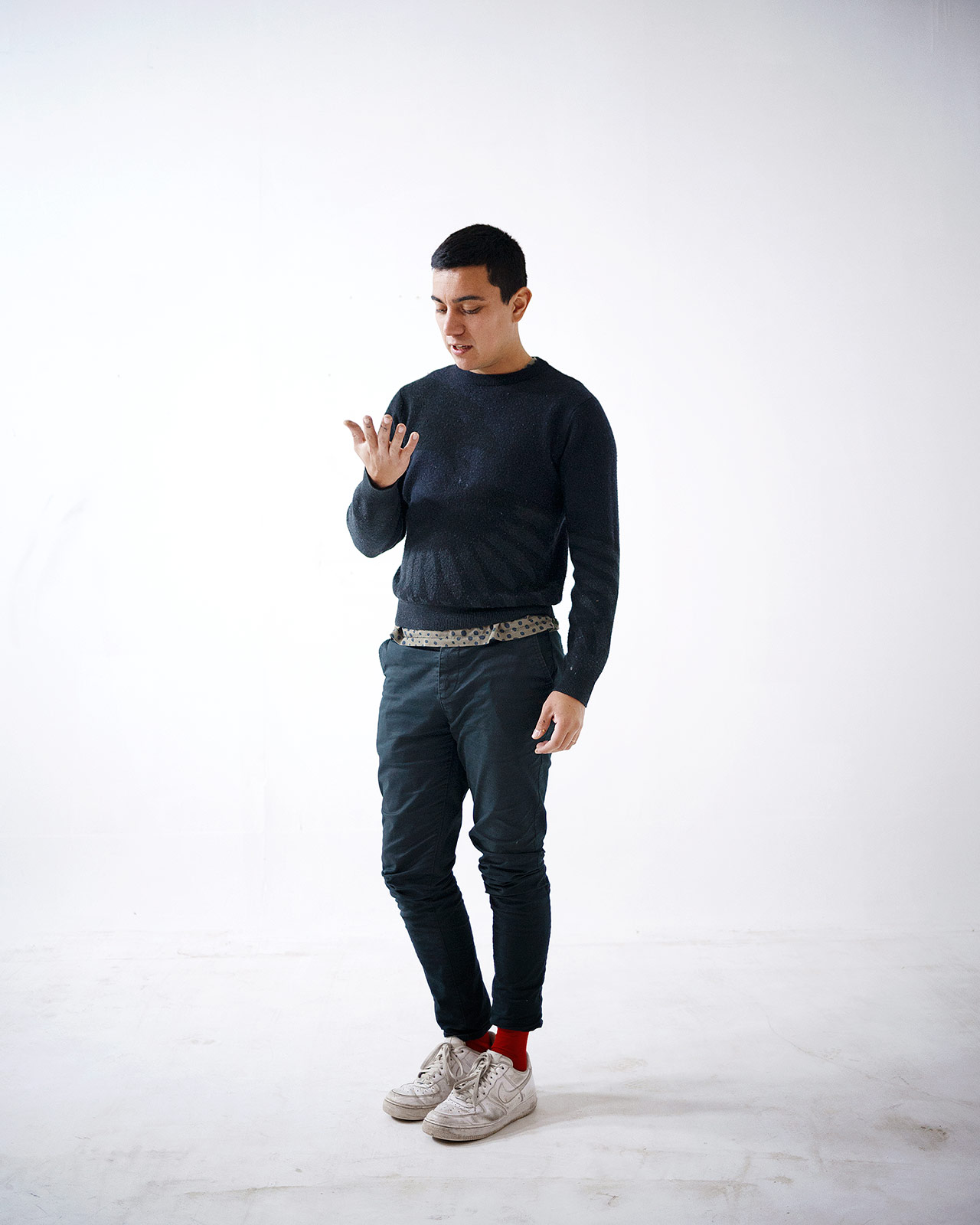 As part of a prize he won, he decided to go to Paris and discover a new culture, change his environment, and learn another language. What a marvellous decision he made that day. In the French capital, he met Emanuel Perrotin, the mastermind behind art powerhouse Gallerie Perrotin, which now has venues also in Tokyo, Seoul, Hong Kong and New York. So, when he was just twenty-five years old, Iván Argote was already working with the same gallery where Sophie Calle, Maurizio Cattelan, and Pierre Soulages exhibit. Today, we speak with him about his upcoming show, Deep Affection, inaugurating on the 2nd of June, what does he like about intervening public spaces, and how his life changed after moving out of Colombia.
You’re originally from Colombia but moved to Paris several years ago, where you’re still based. What inspired that change and what made you stay?
I studied Graphic Design and Cinema at the National University in Bogotá. Right after that, I started working with the film director Camilo Matiz as his first assistant. During that time, back in 2005, I participated in a National Young Artist Saloon and ended up receiving the first prize, which was a ticket to fly wherever I wanted to. I’d never been out of Colombia before and didn’t speak any other language than Spanish, so I wanted to use that opportunity to go out and study arts, to learn another language, and know a different culture.
I decided to come to Paris because I was interested in the Beaux-Arts School and because France is a centric country within Europe, so I thought I could travel around from there. I came, started taking French lessons, and at the same time, applied to the art school. I was accepted in Beaux-Arts, where I had a great personal and professional experience. Meanwhile, I started showing my work in different art spaces in France. Then, I started working with Perrotin, which is a great gallery, and also, won several art prizes (Sam, Audi, etc.) and had a solo show at Palais de Tokyo.
Paris opened its arms to me, it’s been a generous city. For about a year, I lived in New York and I made other residencies in Los Angeles, Barcelona or Munich. I made long stays in Madrid, Sao Paulo, Lima, Mexico City, Douala, Buenos Aires, and Bogotá, but I always kept Paris as my base. In 2010 I opened my studio, where I started working on my own, but it’s been slowly growing and we’re currently five people in the team – me included. I feel we are very close. We challenge ourselves and love taking risks and experiment a lot. I like Paris, I like the cultural scene here and I have the luck to visit other countries often and get in touch with other scenes as well.
When you were just twenty-five years old, art powerhouse Perrotin started exhibiting your work and representing you. How were you discovered? If that didn’t happen, how do you think you’d be doing in the art world?
I met Emmanuel Perrotin and had a casual conversation with him. I told him about my background and asked him if he could take a look at my work. He was very polite and honest, he told me he didn’t look at students’ works, but he gave me his card and told me to send him an email. He said we wouldn’t probably answer and asked me not to get mad. I did send a very simple email with a link, and three months later, he proposed to arrange a meeting. I went, spoke about my work, and right there, he proposed to start collaborating – with prudence – to try and see how it went. Of course, I agreed. I was very enthusiastic but also knew how difficult it could be, so I didn’t have big hopes. I kept doing my work with engagement and intensity, and slowly (but fast) I started to be more and more part of the gallery’s life. 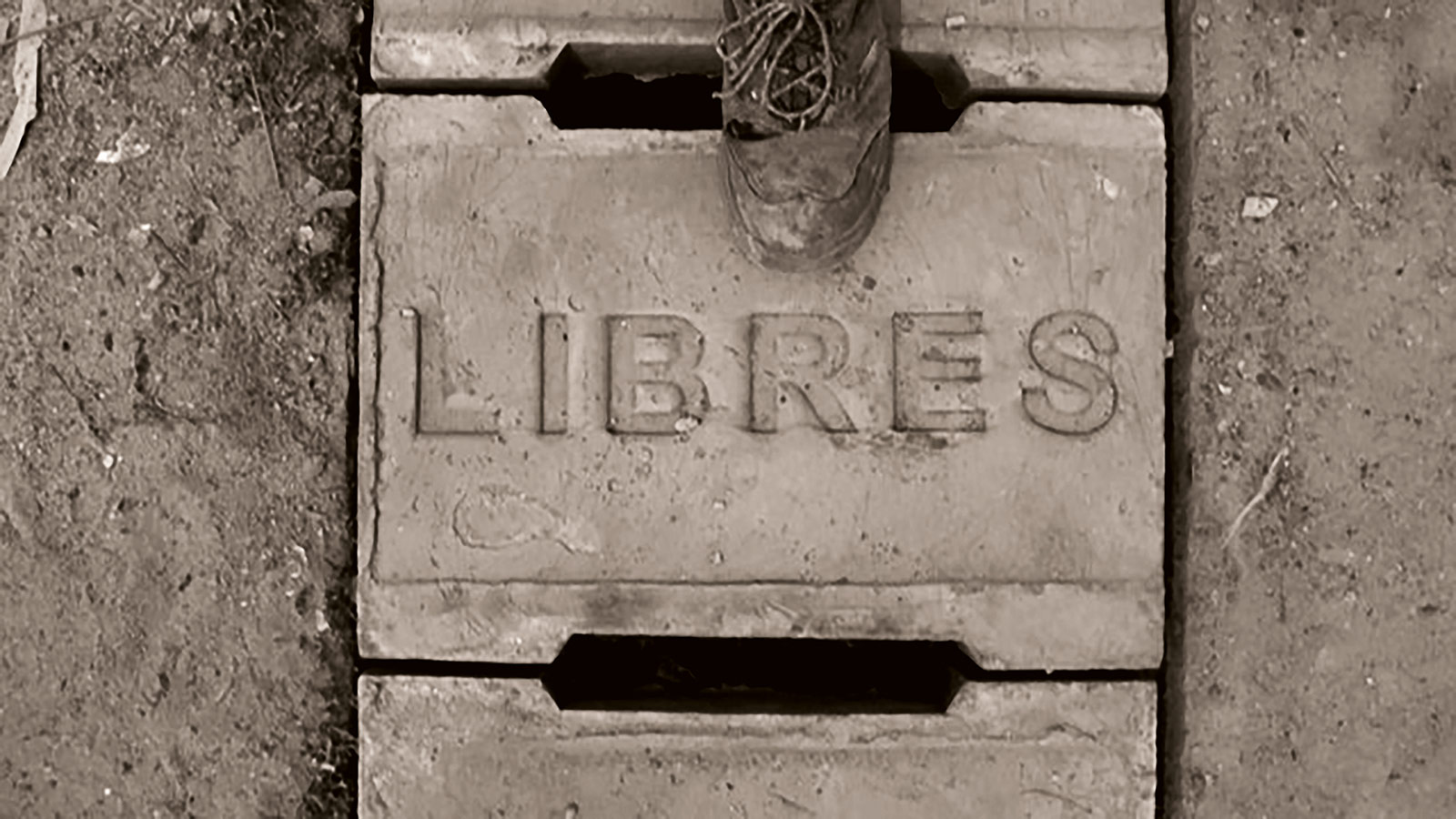 Oui ma vie, 2018. © Iván Argote / ADAGP, Paris 2018
You’re actually about to inaugurate an exhibition at Galerie Perrotin in Paris. What can you tell us beforehand? What can we expect?
I am very happy about this show. For the past four years, I’ve been showing and doing my work in different countries: a lot in the Americas, some in other countries in Europe, and a bit in the Middle East, Southern Asia and Africa. My base is here in Paris and I am very excited about showing new projects here and share the work with my colleagues and friends. Also, I had the chance to work with intensity and precision on big scale and detailed installations, something that you cannot always do for infrastructural reasons.
The show treats the question of the conception of otherness from different perspectives. There is a film that I made in between two precise antipode cities in Colombia and Indonesia (a rare geographical coincidence) that questions the perspectives we have on the dominant historical narratives. It’s accompanied by a massive installation that covers the ground of the biggest room in the gallery; it’s a series of hundreds of pink concrete slabs engraved with words that, together, build paragraphs with reflexions about the status of a place, the idea of the other side, another place, otherness. You can walk on them and read while you do so.
Then, in another room, there are references to middle age illustrations that represented the ideas that circulated in Europe about those notions of antipodes. They picture the people from the antipodes with their feet looking backwards – the etymology of antipode is “with the feet on the opposite”, a notion invented by the first Greek geographers in 300 BC. I confront these images with photographs and drawings made in the antipodes cities where I was working. They are also accompanied by small sculptures of bronze of little characters whose feet look backwards, which are in pleasant and defiant positions. Those are named Proudly Different.
The show continues with a series of works where layers of concrete reveal and hide at the same time some words that make allusions to body contact in a kind of sexual way, which I propose as political statements. By the end of the show, there’s a 16mm film that I made with my parents. It goes from a family picture to a question about the relations between Kodak company and the propaganda system in the United States during the war, but more generally, about the relationship between industry and ideology.
I like to see the show as a conversation. The word conversation has this etymological construction: “turn around” (versare in latin) and “con” (with someone): to turn around with someone. I like the idea that people walk all over the texts, then they are brought to this antipodal places by the film, then brought back here, always turning around this notion of otherness, looking at historical imagery, touching political issues, and criticizing the colonialist spirit, which I feel is related to the conception of the other.
In addition to being inside the white cube, you also intervene public spaces. One of your most recent projects, Si mi sol (Yes my Sun), used the four façades of Torre Colpatria in Bogotá. There were four LED screens with scrolling texts stating, “Yes love, we are strong” or “No love, we are not afraid of anything, my life”. The aim of this project was to question whether Colombians are tender. What conclusion did you get? Are they/you?
I like the idea to transmit things with strength and kindness, it’s my personal resistance towards these polarizing time we live in. I feel criticism and the anti-establishment have forgotten love and tenderness, and I feel, without being demagogic, that these notions are powerful tools that could create places for conversations where we can listen to each other. Si mi sol was a very big intervention on the most emblematic building in Bogotá, where I wanted to place this message of resistance and tenderness to say that, despite the violence we’ve experienced, we are going to resist and change things by using other methods that aren’t violent. It was a kind of empowering message.
Actually, you have many works on public spaces, and most of them involve people’s interaction. Do you want your art to be more accessible and to really change society’s perceptions and thoughts?
I like to look at the public space as a place where all layers of society are in friction in a historical, economic and cultural level. I like to propose things for the public space because I feel they are less protected by the art aura and more exposed to others perspectives. I don’t think that a single artist or work can change society but I believe that a group of actions or interventions – not only in the art but also in culture in general – could make us change our perspectives and maybe, through that, create dialogues in ourselves and with others. 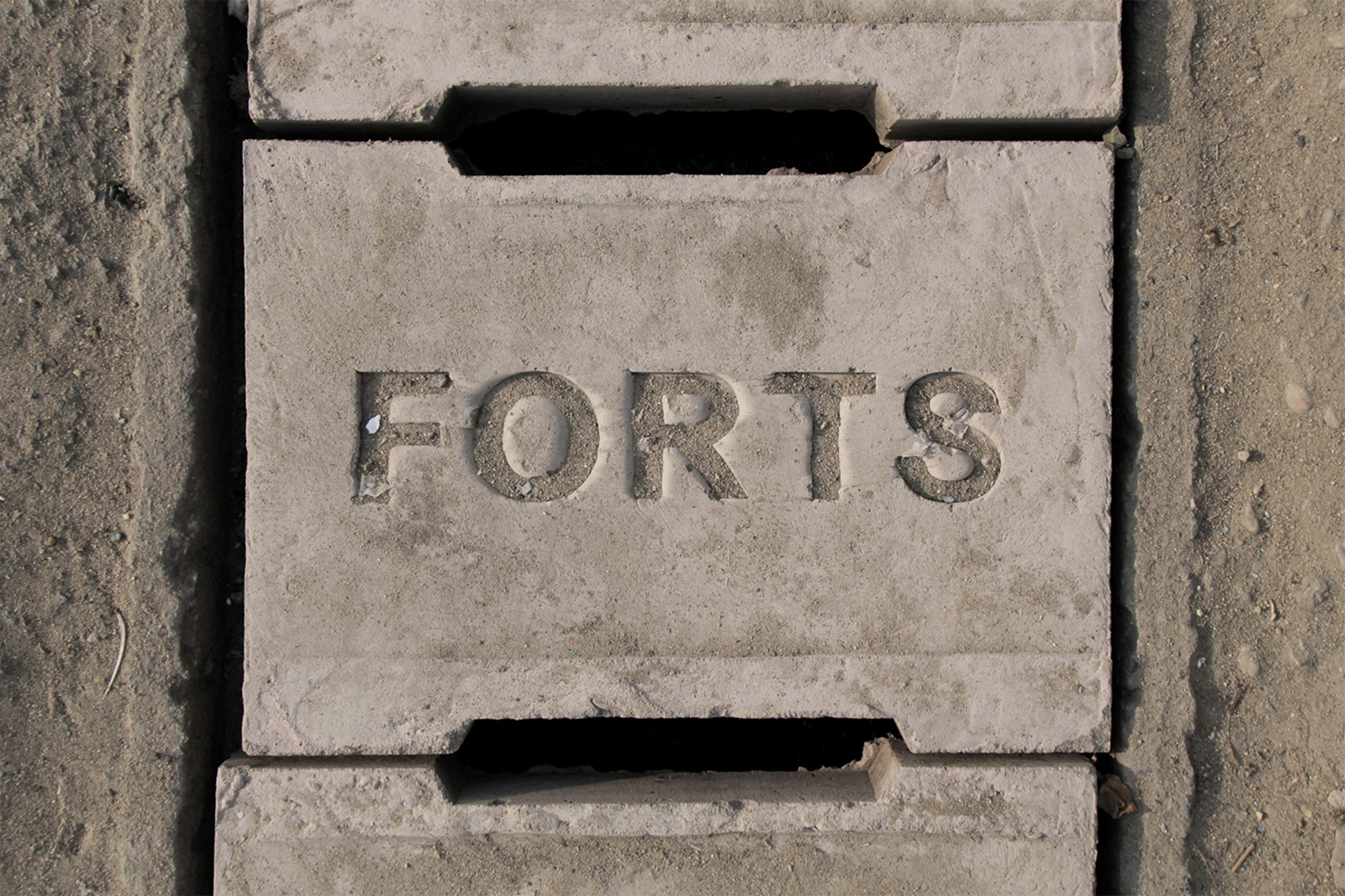 Oui ma vie, 2018. © Iván Argote / ADAGP, Paris 2018
Last year, you participated in Bienalsur, an art biennial whose main objective was to disrupt the concept of biennial itself and spread it throughout the world. As a Latin American artist working and living in Europe, and who’s taken part in the project, what’s your opinion about Bienalsur and how was your experience like?
It was a great experience. I made two projects associated with the Biennale, one in Buenos Aires and another one in Bogotá, in the public space, associated with the Museo de Arte Moderno de Bogotá. We are not used to decentralization and I think it’s a good exercise to do. I feel the biennale was in itself an experiment, which I think is good, and my wish is that this conception of a biennial continues to grow and spread.
In addition to the exhibition we’ve talked about, what other interesting projects are you currently working on?
I am preparing a solo show that will open at MALBA museum in Buenos Aires in November. It’s called Ternura Radical (Radical Tenderness). I will be doing protest workshops with children and showing films and sculptures related with these notions that I want to formulate as questions, as possibilities. I am also preparing a very large-scale outdoors installation for Desert X, a biennial that takes place in the desert of Coachella in California, that will open in February 2019. At the same time, I am working on an art-film/documentary precisely about the antipode issue that I want to finish by the end of the year, and I am starting to write a feature film that I’ve been working on in my head and doing research about for about ten years. Of course, I’ll keep experimenting in the studio, it’s part of the research.
Deep Affection by Ivan Argote is inaugurating on June 2 and will be on view until July 28 at Galerie Perrotin, 76 Rue de Turenne, Paris. 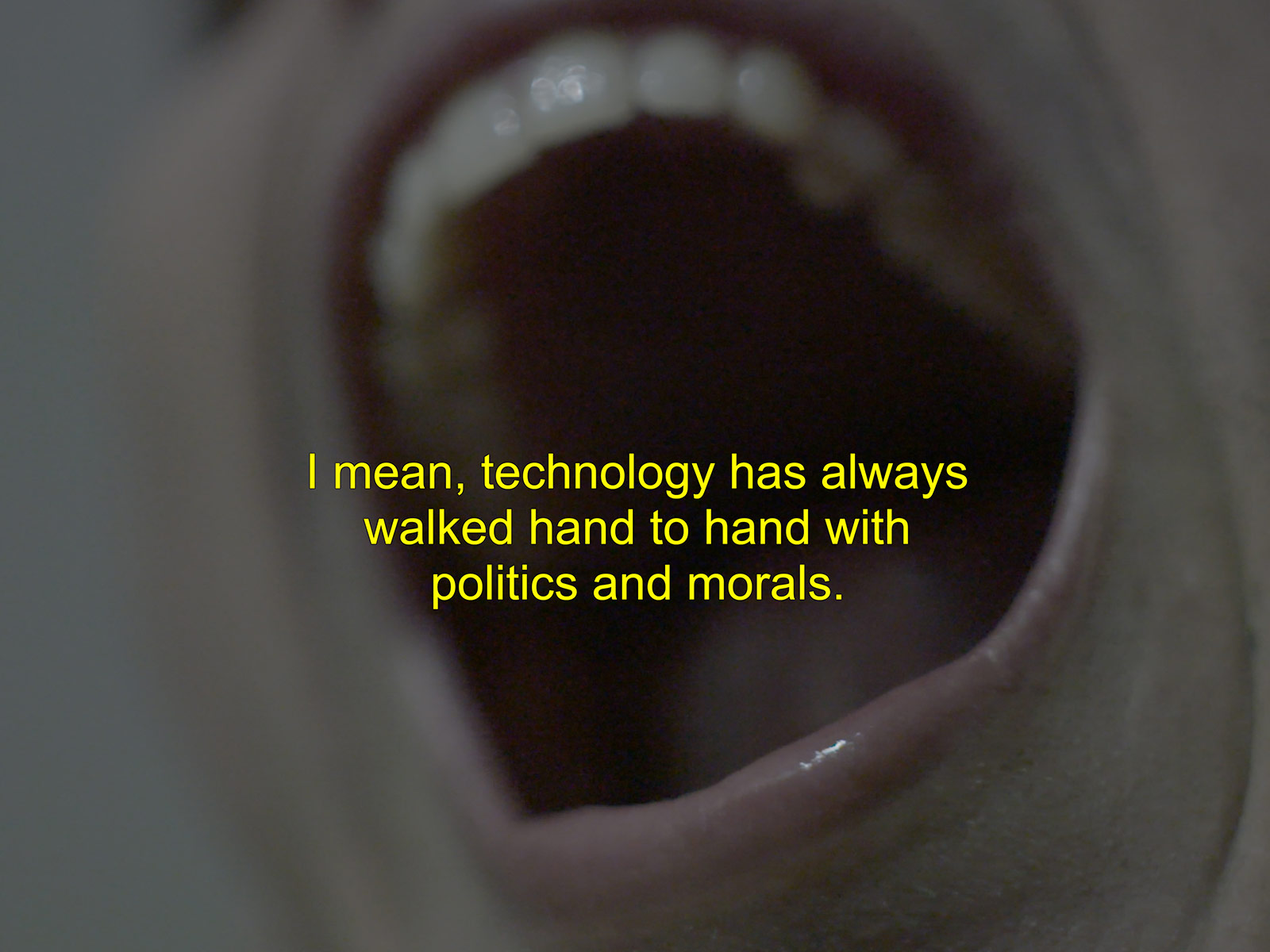 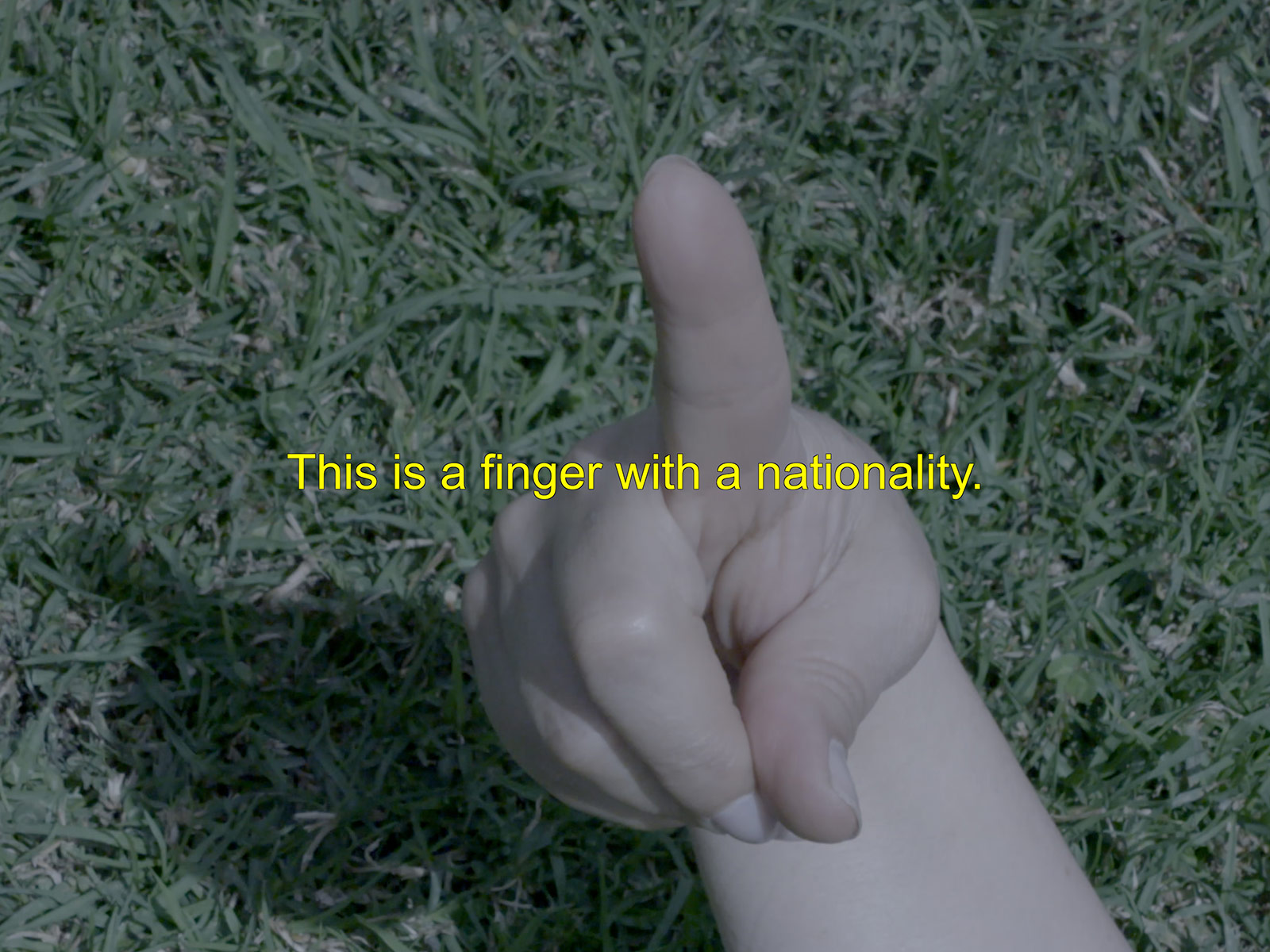 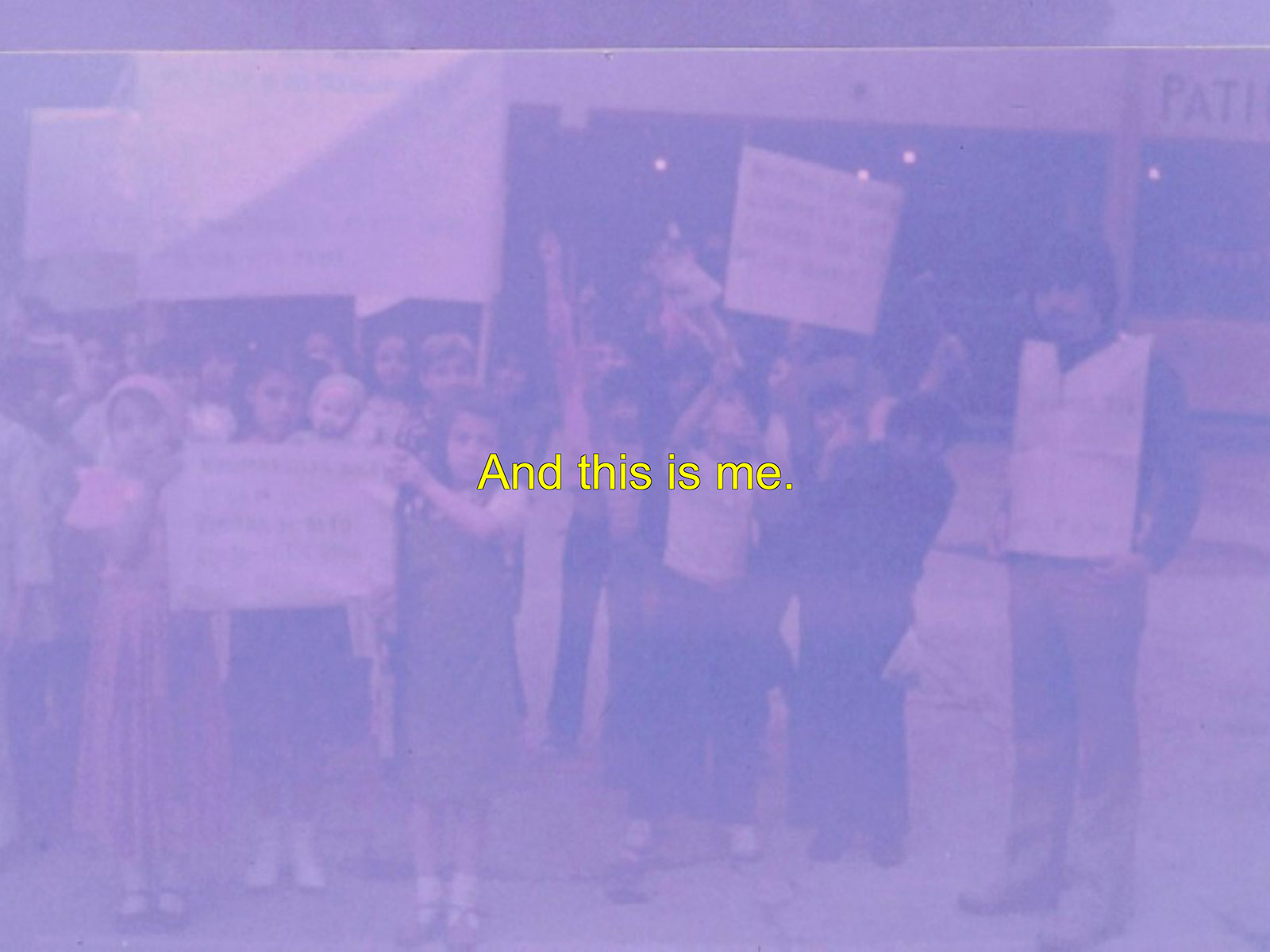 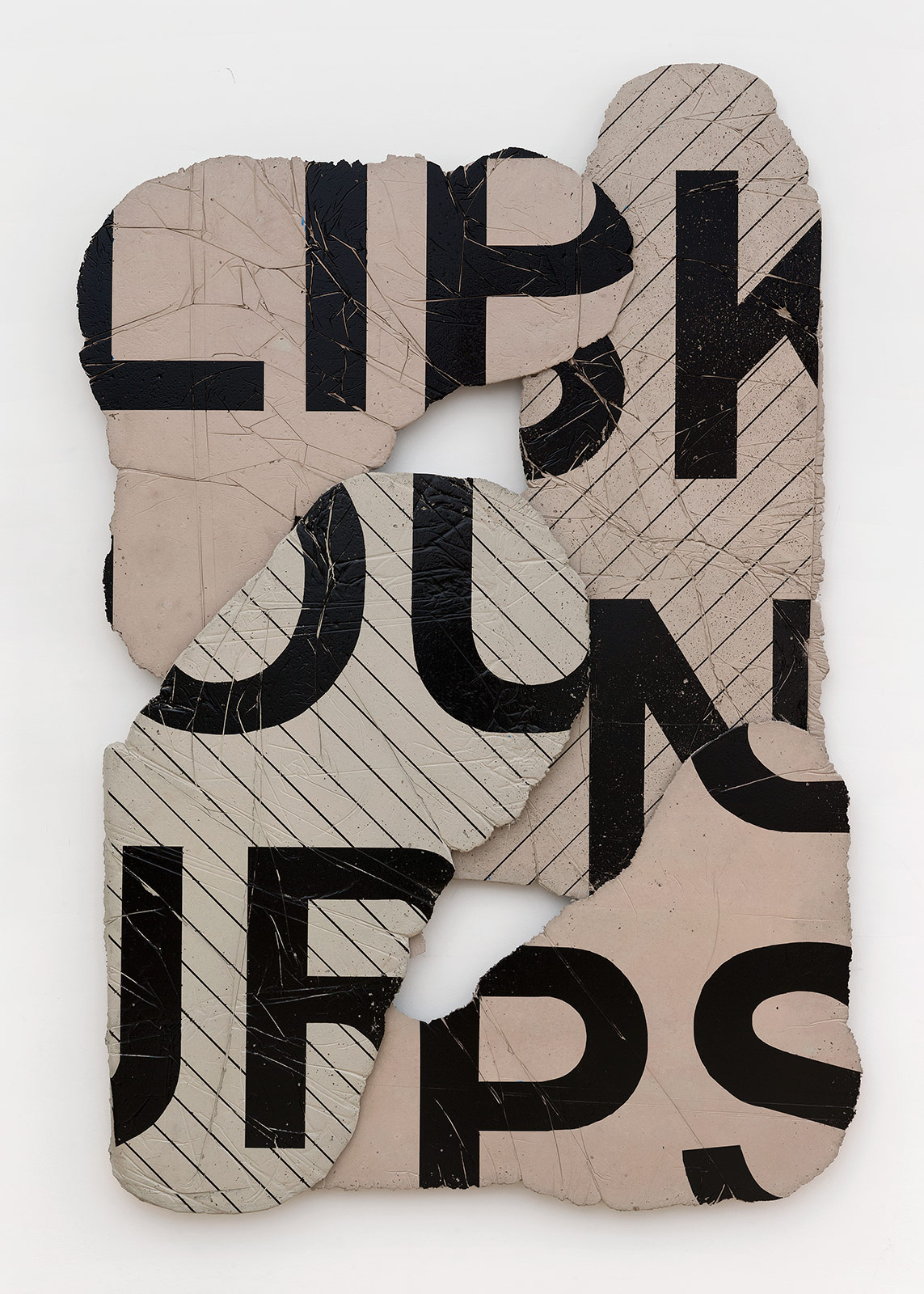 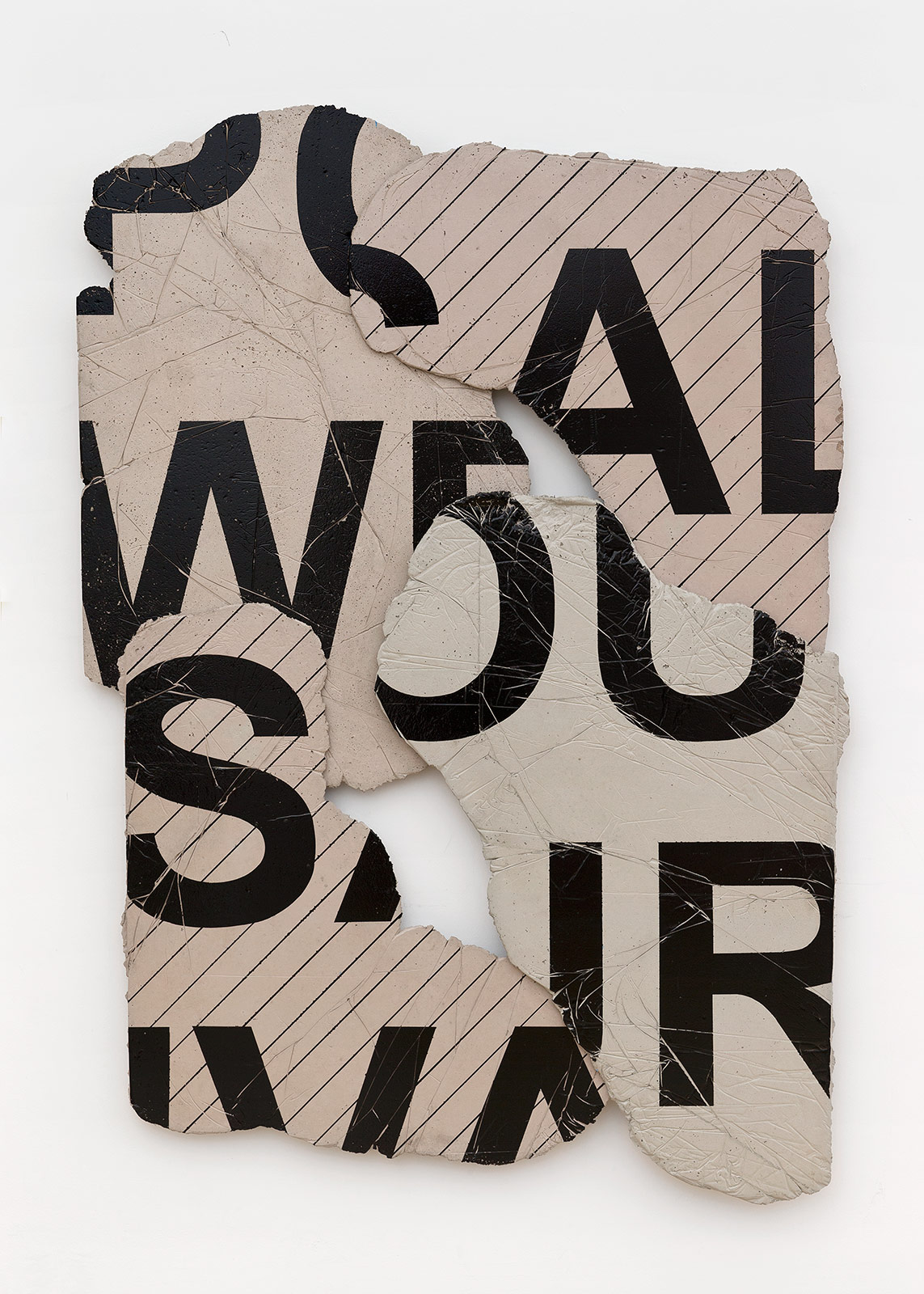 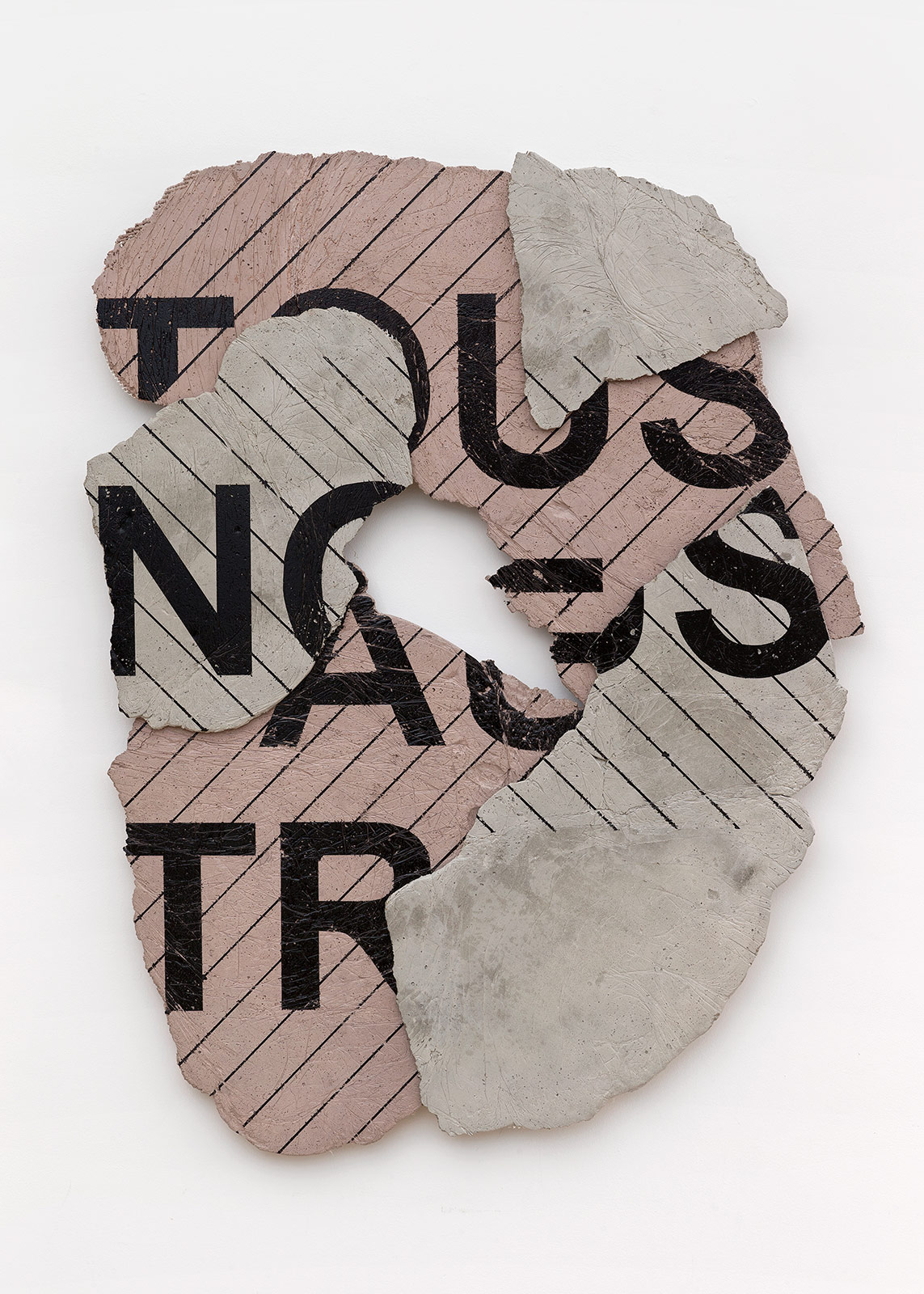 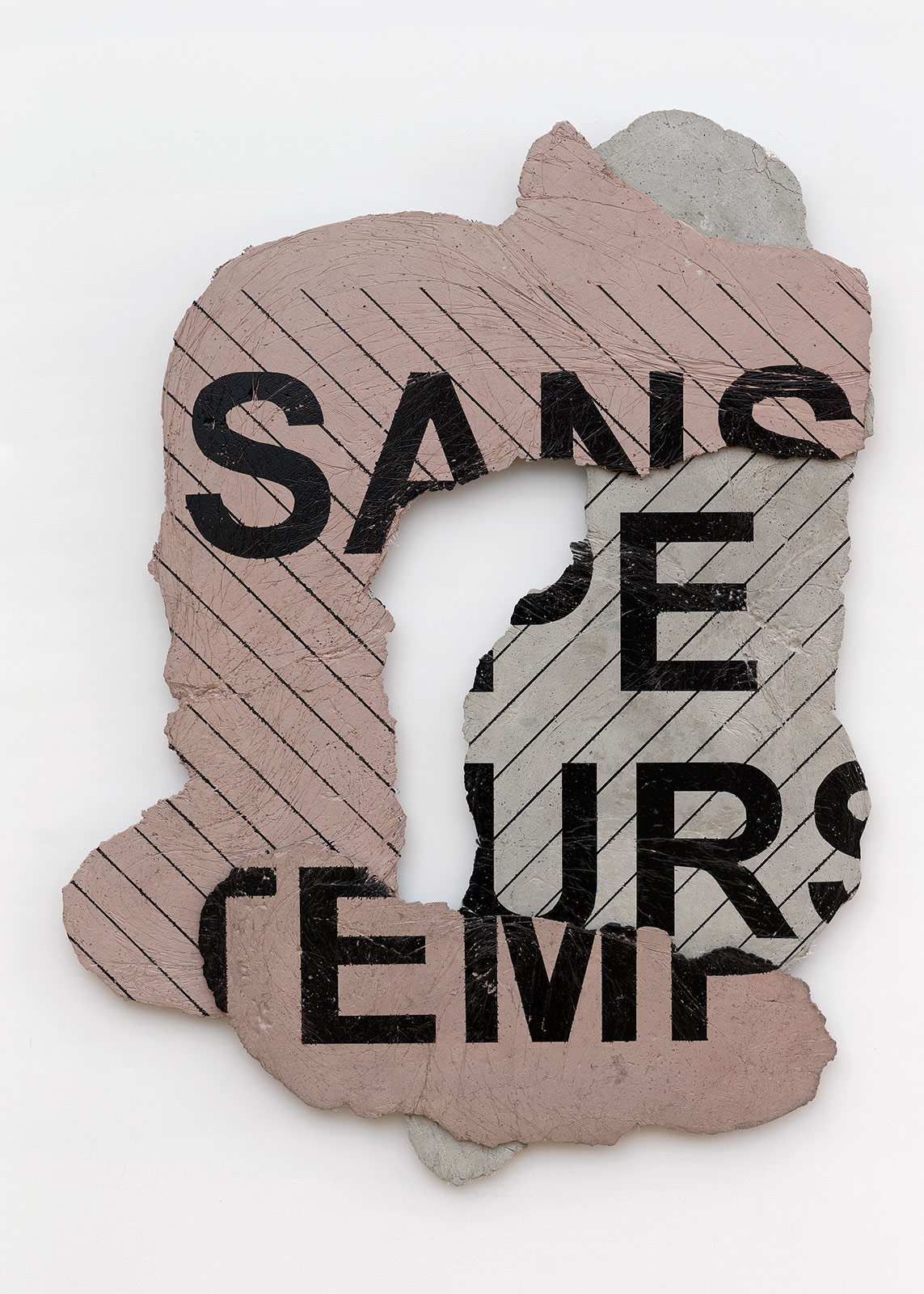