Meet The Talent, Join The Debate 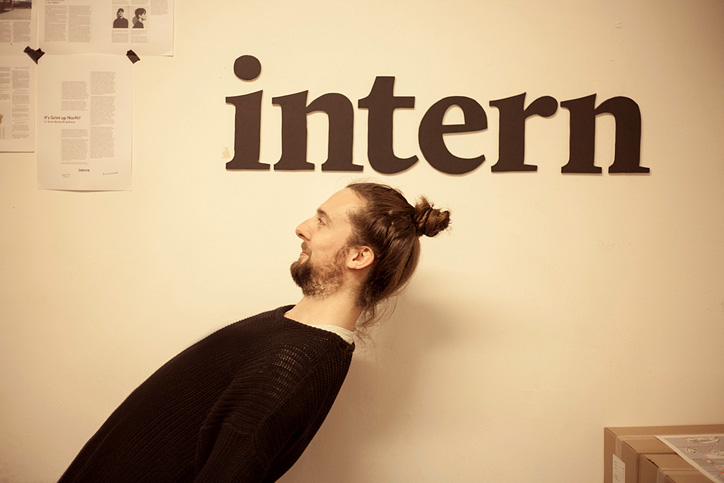 Intern Magazine is a new bi-annual independent publication focused on intern culture and internships in the creative industries. In a strive of differentiation, founder and editor-in-chief Alec Dudson wants the magazine to represent the voices of interns and to become a platform to help them showcase their work, with the aim of being hired. Intern magazine invites its readers to reflect about the situation of young professionals working in the creative industries: just ten years ago, people could not expect to work unpaid before securing a paid position in their respective industry; whereas nowadays it is a seemingly accepted as part of a proper career path that very few question.

How did the idea of a magazine about interns originate?

When I started to consider making a magazine of my own, I knew that I needed it to be driven by a strong concept. The independent magazine market is a tough one to crack, both as there are a lot of really cool publications out there and because making a profit isn’t easy. While playing with different ideas, the one I kept returning to was this one of “interns”. No-one had engaged with either the subject or the group directly in the magazine world and that struck me as odd, seeing as interns were an integral part of many publishing projects.

You mention quite frequently the concept of "intern culture", how would you define it?

It depends on the context I’ve spoken about it. Much of the time I will be referring to “intern culture” as the way our societies currently place internships. I think it would be fair to say that ten years ago people didn’t expect to have to work unpaid for a long period of time before securing a paid position in their chosen industry. Nowadays, it is a seemingly accepted part of the process that “intern culture” has become ingrained and many don’t question it.
Personally I think that not examining the effects of current attitudes towards unpaid work is dangerous both for the current generation of graduates and for the industries that seem happy to consider internships as an eternal source of free labour.

Did your past experiences at Domus and Boat magazines influence the making of Intern?

Hugely. My time at Domus was great and was my first experience working as part of a magazine. At the time, I was just really happy to be involved in something of its scale and reputation. I made some really great friends there whose advice and help has been vital in shaping Intern. Boat was perfect for me and upon reflection, was almost a dress-rehearsal for Intern. The position was unpaid, so I suppose that put me in a situation where I really started to question internships and the problems that unpaid positions cause. I was lucky as I was able to get a bar job to support myself and stay on friends’ couches for the entire seven months in London, others aren’t as fortunate. Davey and Erin Spens, the team behind Boat magazine, were flawless and their warmth and openness, not to mention the involvement they allowed me during the process, was priceless. Davey was the first person I told about my idea for Intern. He was really receptive and spoke to me for a good hour about it one afternoon, picking out flaws in the original concept. That was a crucial stage of the process and I think he got the reaction from me that he was looking for. I went away, thought about what he had said and returned with a refined concept, a lot closer to the one that I am working to now.

Was crowd-funding one of your first options to fund Intern magazine or were there other options you considered first?

This might sound silly, but I really didn’t consider funding for the first couple of months. I was completely concentrated on nailing the concept. Crowd-funding and more specifically, Kickstarter was something I had been introduced to while at Domus. Part of the magazine’s Salone exhibition was dedicated to Kickstarter and crowd funding: it was a platform that Joseph Grima and the rest of the team were clearly excited about. At the time, it didn’t really occur to me to use it for a project of my own as all of Domus’ featured projects were product design and that wasn’t a field I was about to tackle.
It was only when a friend of mine saw Stephanie Pereira of Kickstarter talk at FutureEverything, that I seriously considered crowd funding. I went to meet Stephanie with an open mind, curious as to the possibility and plausibility of Kickstarter for Intern. Within twenty minutes she had convinced me that it was worth a shot, but also made me aware of the huge amount of work that a successful campaign would require.

Intern magazine keeps an unbiased position in the internships debate, how did you come about accomplishing this task?

It was something that I knew had to happen from the start. I think my background in Sociology had a lot to do with that. I felt that the best way to approach such a nuanced debate was to be impartial: without impartiality, any “debate” would be worthless. It just seemed like the only way to treat the subject. Ensuring that we put together a truly balanced set of opinions and features for Issue One was a tough task but one I think we have succeeded in.

Did you find the process difficult?

The process of making the magazine has been a huge challenge, I’ve never been so stressed or tired in my life but it is incredibly enjoyable and I feel blessed to have had the opportunity to try and make it work. One of the hardest parts for me has been the business side of things, I’m not at all business-minded but you kind of have to become so. If the project is going to last, I need to have a firm grip on where I am financially speaking and where I need to be. The Kickstarter campaign was a great means of securing initial capital and our backers will forever be the ones who brought this project to life, but my task now is to ensure it has a long and fruitful life. The design process was difficult, incredibly fun but at the same time though. I have hopefully learnt enough from Issue One that next time round it won’t be as stressful.

Well the thing with internships is that they are entirely subjective. Any two people undertaking identical internships have two completely different experiences, even to the point where one feels lucky and one feels used. What I hope to present in the magazine is perspective. It would be easy to publish tale after tale of interns who felt shortchanged by their experience, but it wouldn’t be remotely constructive. I don’t really choose contributors by the kind of experience they have had, more their ability to elegantly articulate a point of view or story that offers meaningful insight into the world of internships.

Nowadays an internship seems to be necessary to enter the professional world but not everybody has the possibility to do it unpaid. What are your thoughts about it?

This is quite rightly one of the biggest challenges to the current hegemonic intern culture. Personally (and this is my opinion, not the magazine’s) I think that unpaid internships are hugely problematic. My internship at Boat was unpaid, but I was fortunate enough to be able to make it work financially.
One of the reasons I think Intern has got people’s attention is that the creative industries are currently flooded with people trying to break in, yet the really desirable positions are often based in cities like London and New York. These places are incredibly expensive to live in, making it really tough to pay rent on minimum wage, let alone by working paid part-time. By offering unpaid internships en-masse, industries are creating a situation where in 10-15 years, the only people working in them will be those from the small pool of people who were able to afford working unpaid. Morally this is perplexing, particularly for the “creative” industries as surely creativity isn’t something that only the rich possess. The current “intern culture” where unpaid positions are enthusiastically fought for, threatens in the long-term to disenfranchise an entire generation of young people. Just be being complicit, we could well be driving some of the most creative, talented minds away from their chosen industry by maintaining this financial barrier. Surely that problem needs to be discussed.

One of Intern's purposes is to showcase the bright talent of young creatives, in which way would you like to approach industries looking for young people to hire?

The showcase element of the magazine essentially looks to put our contributors in the shop window for those looking to recruit exciting new talent. I personally believe that print is still the best medium for that, photographs for example, when printed on the right paper will always look better than they do online. Then again, I’m a purist in that respect. We pay all of our contributors and that should be seen as a statement to prospective suitors. Not only is Intern prepared to commit this work to print (an expensive process in itself) but also, it quite rightly pays each person for their work. I’m not suggesting that these people are the finished article, but I think they are immensely talented and are producing work that is easily good enough to command pay. I hope that this statement resonates with the contributors too and makes them think, “I don’t work unpaid any more”. There isn’t going to be a change when it comes to unpaid internships until interns stop being prepared to work unpaid. At the moment, for every one intern that gets fed up and says “No more”, there are ten fighting for that chance to work the position without pay. If this continues, no-one gets anywhere.

There are many young people learning and/or suffering from this kind of unpaid work experiences, do you have a message for them?

I think the best thing I can say to all those people out there who are doing internships is to remember what you bring to the equation: your value. In most cases, you will have secured the position through a process of elimination. A combination of your work, CV and personality saw you rise to the top, so in that sense you have earned your right to be there and with it, the right to demand a worthwhile experience. Paid or unpaid, you need to be tough with yourself. If the internship isn’t teaching you anything you don’t know or providing you with truly valuable experience, walk away. There are ways to do so without losing face: talk to your boss, tell them your concerns and if there isn’t scope to remedy them, thank them for the opportunity and move on to somewhere else. The whole point of an internship is to provide experience that you can’t get elsewhere, if that isn’t happening, it isn’t worthwhile. 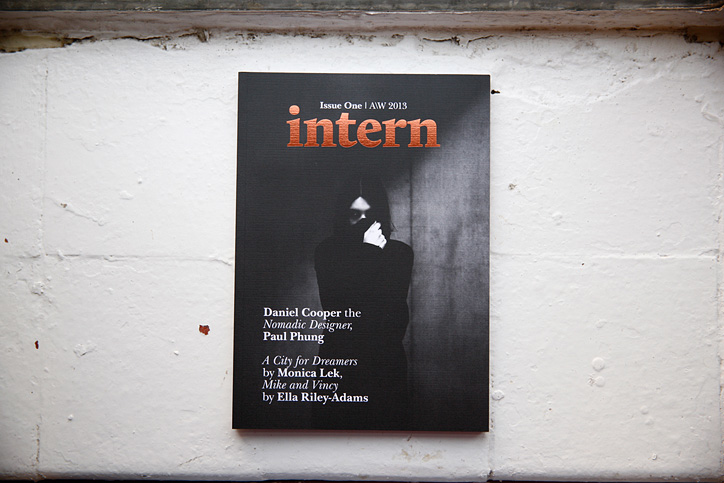 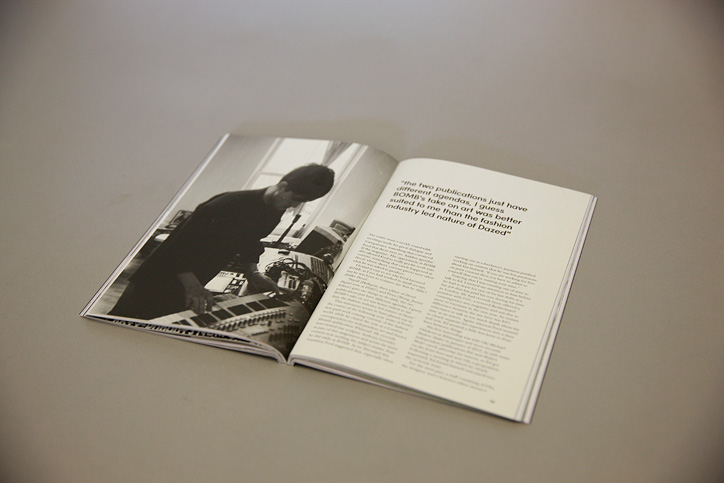 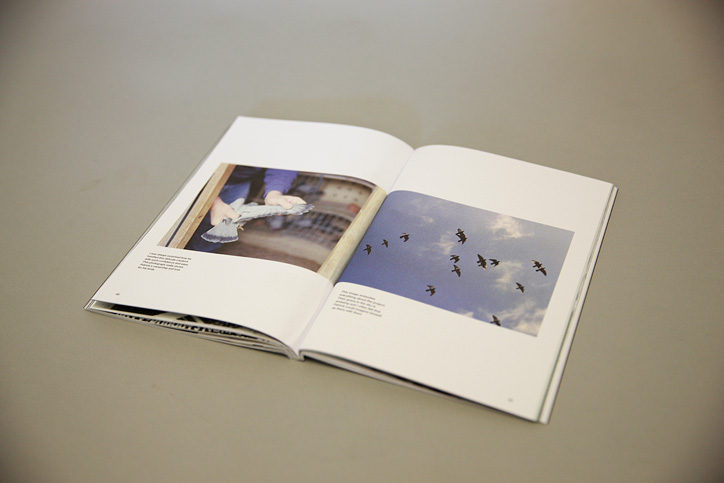 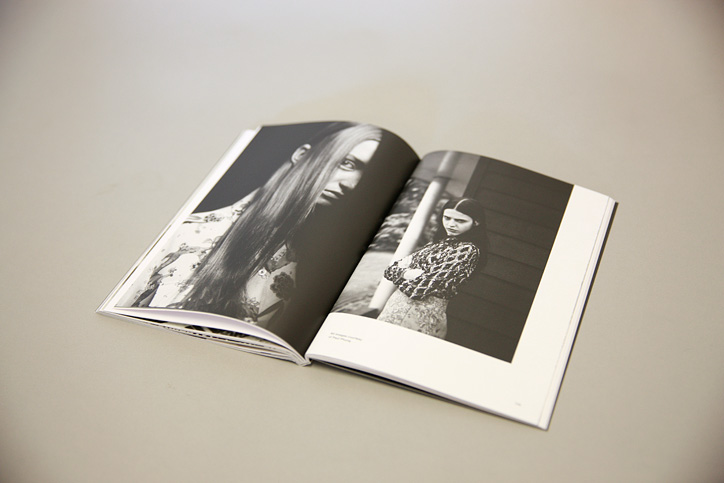 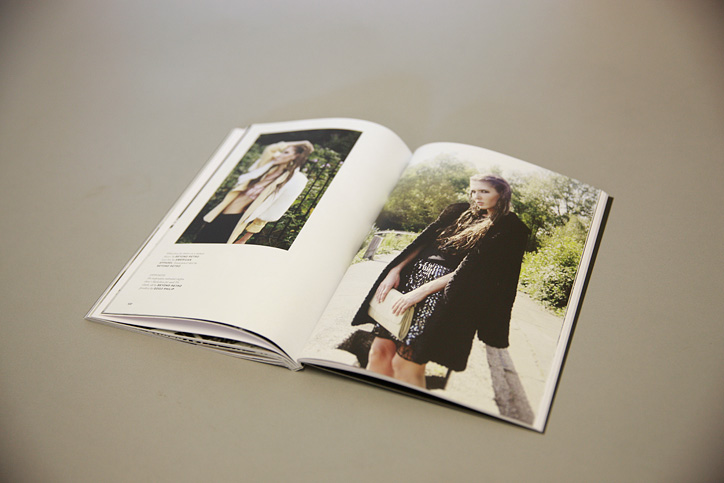 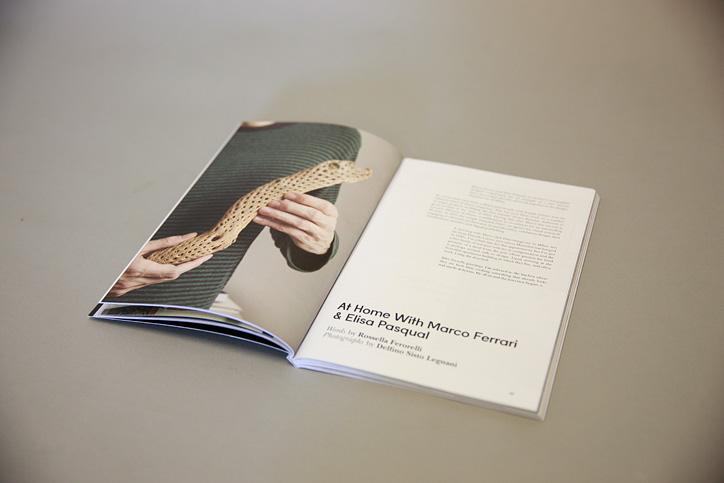 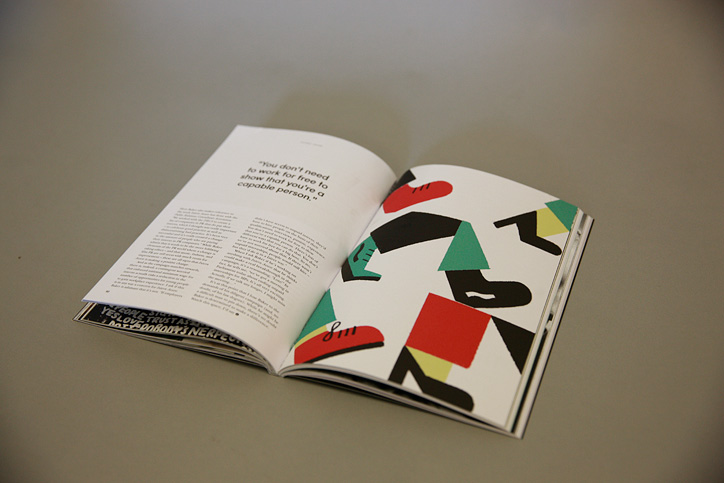