A scarf as a blank canvas 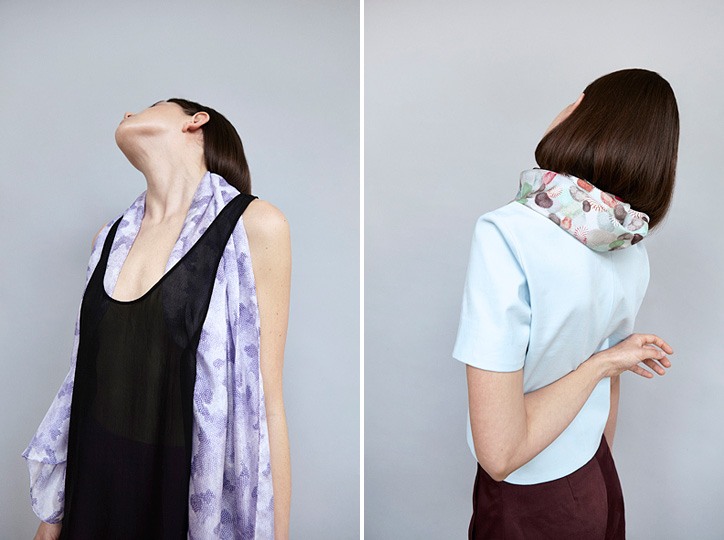 Designer Inge de Vor is based in the Netherlands and her amazing scarves look as if they just came out of a dream. She studied at the Design Academy Eindhoven and during her studies she developed a great interest in working with textiles, which resulted in her own label. Composed elements is her first collection, one that came by through the creation of small hand-made elements like those painted dots in different color hues on textile. After creating these elements, the challenge became to make a composition out of them. The result was a series of artworks with dramatic clouds on pastel colored backgrounds or seas of lilac dots.

Do you consider yourself a designer or an artist?

I graduated as a designer and I was very aware of the choice to pick a study where you can make useable products. I still believe in this but I must admit I find it interesting that when you are designing scarves, really what you have is a blank canvas and you can make your designs as artistic as you want to.

What are your greatest influences in life?

I had a nice childhood in a small town with a lot of space outside the house to play and a "knutselkamer", a room where I would create things and draw. We also visited my mother’s family in the coast quite regularly and spent many summer holidays there. I think this has shaped me and influenced me a great deal. Another big influence is the work by other artists and designers, this keeps me motivated to keep on creating new work.

How much time do you spend on each scarf?

I am very precise and not easily satisfied so I always take a long time before finishing something. I guess it takes about 2 weeks to make a design, from its creative process to the final result, ready to be printed. It feels like a big quest before something is finalised.

Are your prices reasonable?

I wanted it to be more accessible. I chose to produce the scarves in the Netherlands, because I am happy with the quality of the company, but also because I wanted it to be produced in Europe. I calculated my prices as if it would be a full time company, so I think the customer gets a reasonable price.

What is your relation with Anke de Vor and what do you have to say about your collaboration together?

She is my older sister. She studied fashion design and when she was starting her graduation project I asked her if she would like to use something of the work I made during my study. She thought that a mountain print I had designed in the past would fit in her collection. We extended the print to the length of a maxi dress and adjusted the colours.

Do you like contributing to other designer’s work in general, or do you prefer to work solo?

I like the combination of both. There are lots of designers and companies that I admire and would be very happy if I could make a contribution to them. When you work alone you don’t have to compromise, which gives a lot of freedom but also makes it more difficult to make decisions.

Tell us a few things about the collages of Hanneke van Leeuwen? How was it working with her? Did you have a saying on the outcome or did you just let her do her thing?

I asked her to make photographs of the scarves, then she said that she would also like to make another series which was more her own interpretation of my collection. I wanted to be able to use the images to support the collection so in the beginning of the process I told her my concerns. I think I gave her a lot of freedom to create the final outcome.

What are your plans for the future?

I would like to make another series of scarves. I think it would be nice to make this an ongoing project. And with every new series I hope to grow a bit more, in the result but also in visibility and points of sale. I would also like to make prints or textile design for design companies or fashion labels next to the scarves project. That would be my biggest wish to combine this with each other.

If I asked you to imagine a texture you could feel between your fingers what would that be?

If you weren’t you, who would you want to be?

I think I would like to be someone who works with animals or plants. I might be a forester or a biologist. 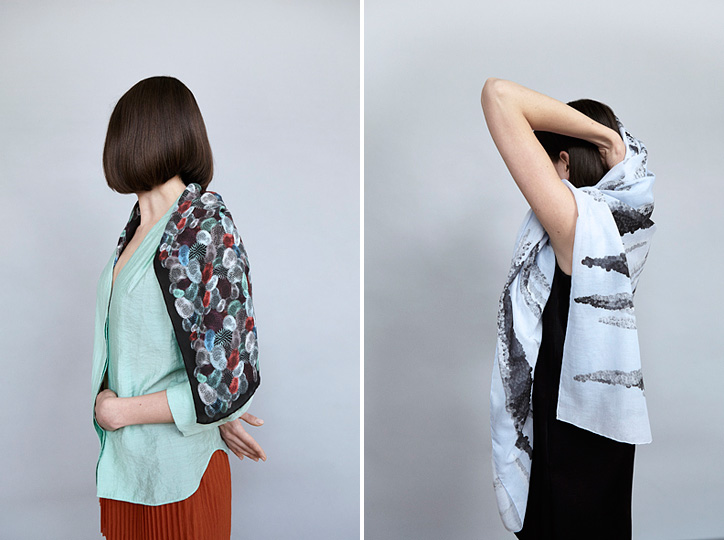 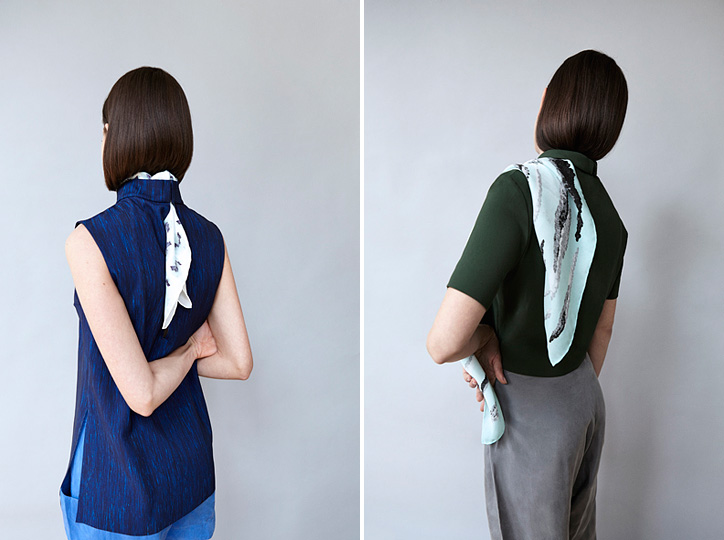 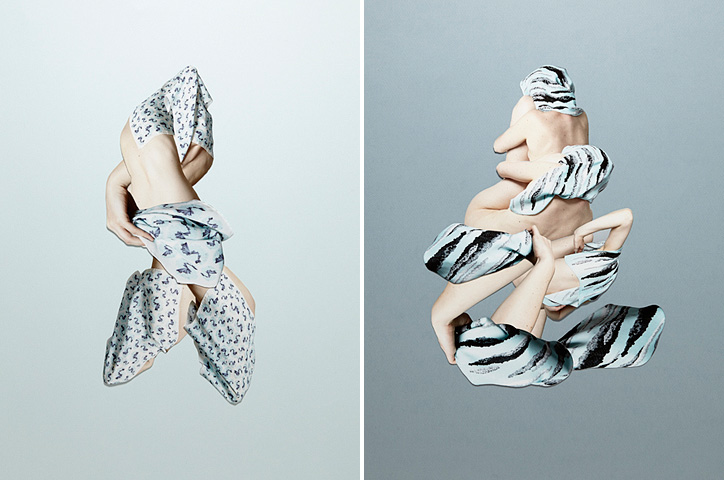 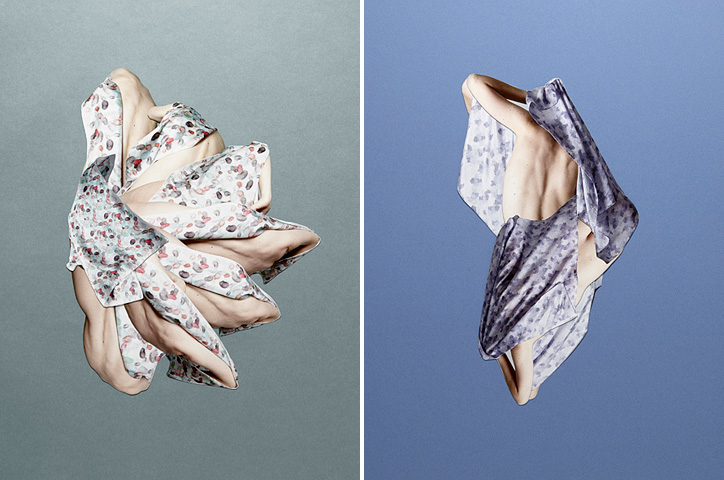 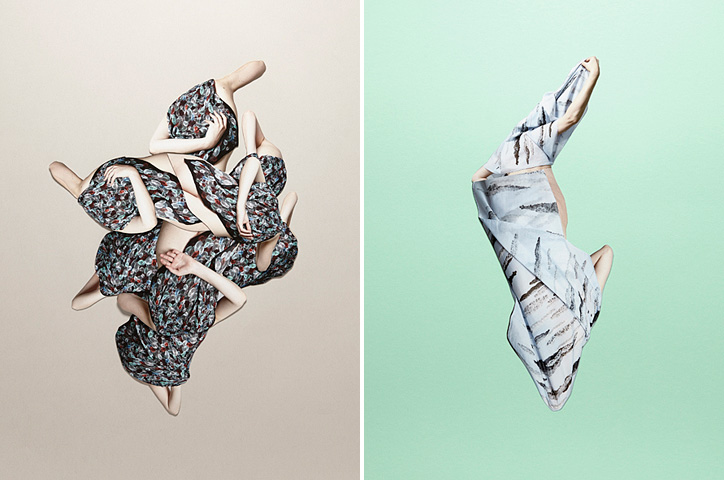 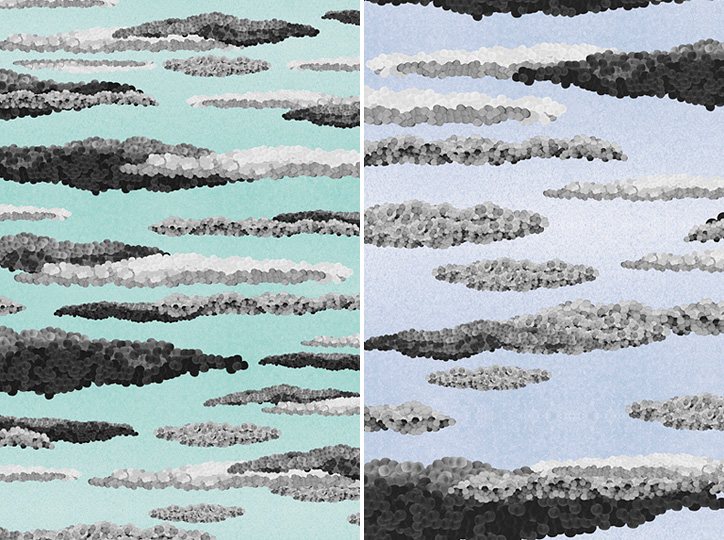 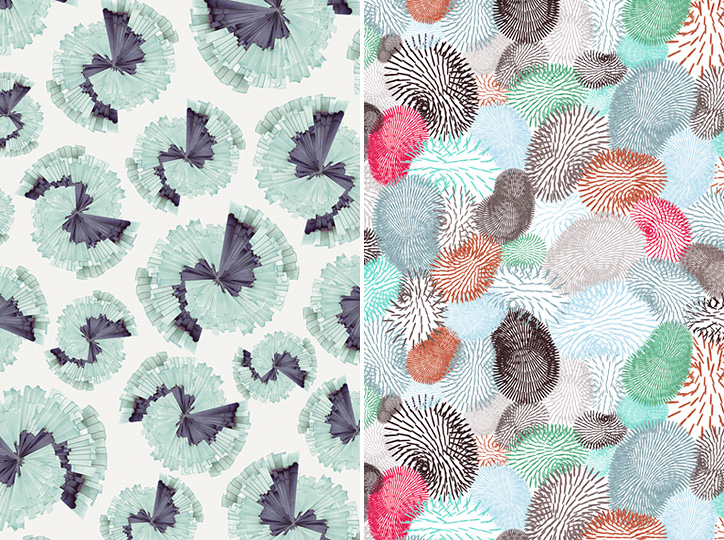 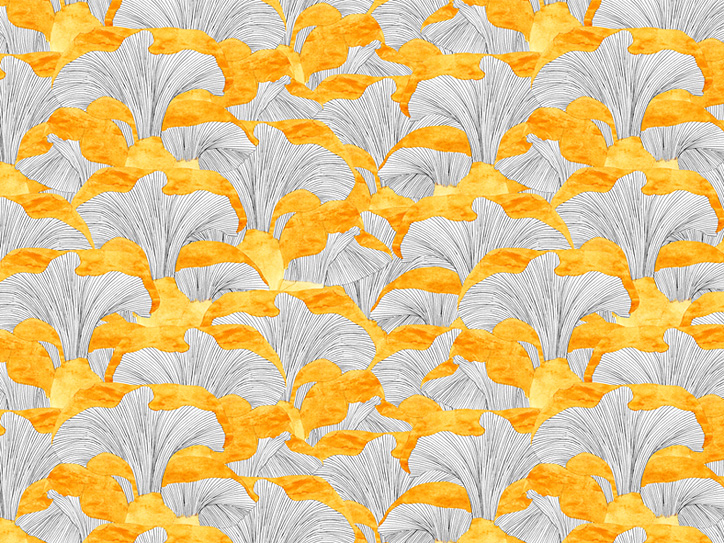