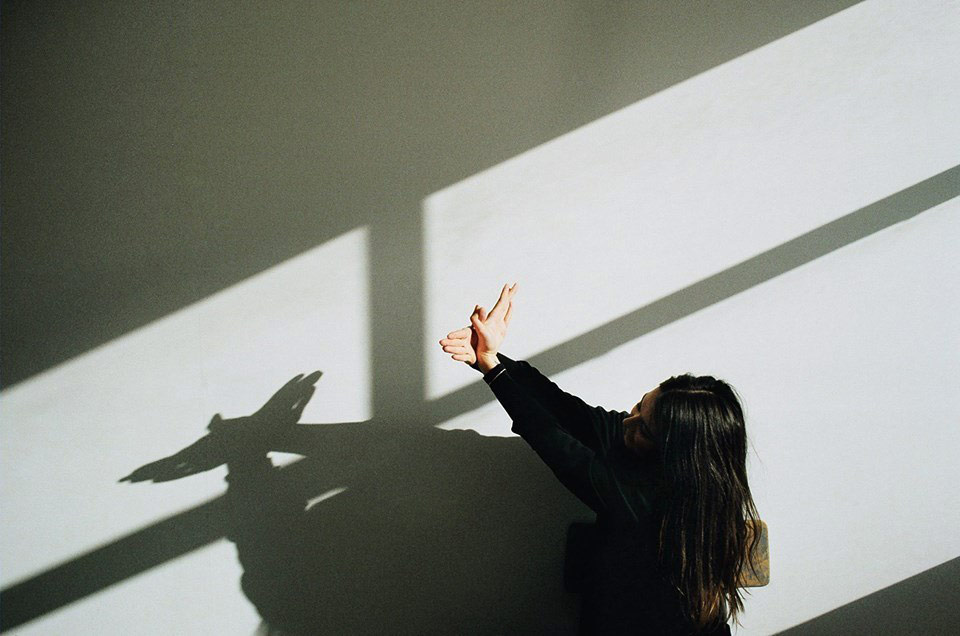 You sure know this feeling: you are somewhere high, so high you can see an entire city at your feet, or an infinite green and orange landscape extending in front of you. Think of that first second in which you are observing the immensity – when your eyes widen, they fill, overflow. That's quite the feeling that prevails behind Hollie Fernando’s photography: fragments of a great vastness just in front of you.
If I am not mistaken, you started to be interested in photography because your father had several cameras at home, with which you began to experiment. Since then, photography is something intrinsic to you. Do you think that, if this hadn't happened this way, you would have ended being interested in photography anyway? Can you imagine yourself doing something else?
That is an interesting question, but also one that is very hard to answer, as I have known taking pictures is what I wanted to do since the age you start to think about it. I guess, as photography interests me so much and I find so much enjoyment and fulfillment in it compared to anything else in my life, it would mean that somehow I would have found the path even if my dad didn't own some old Pentax's. But if I wasn't involved in photography, I would probably be a chef – I absolutely love cooking. 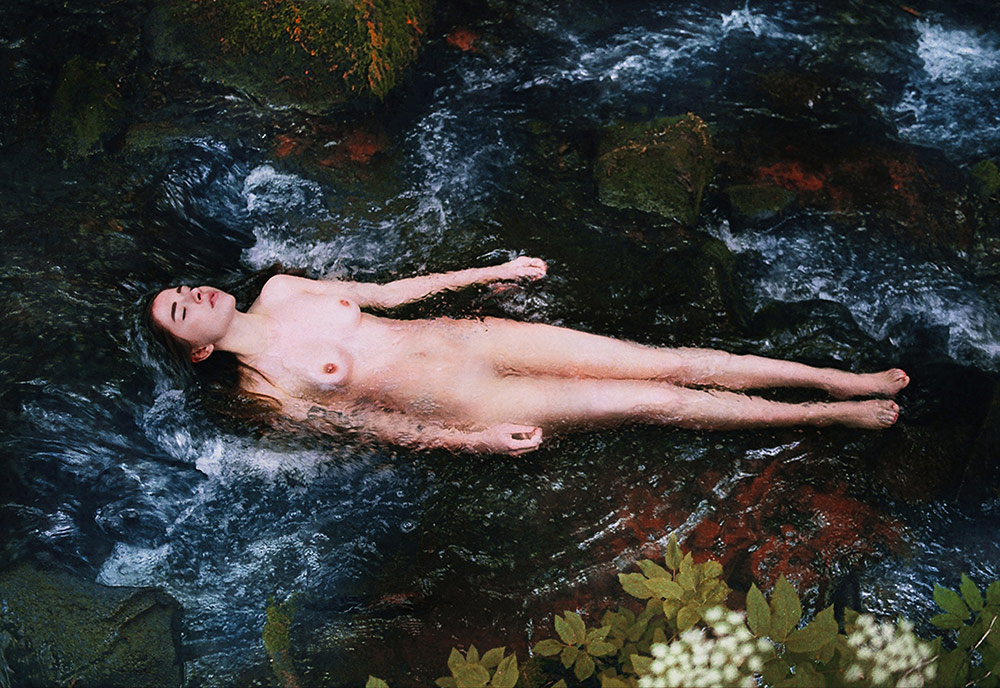 You started studying Photography at university, but after a few months you felt that wasn't the way you wanted to learn. Then you became a freelance. How was that transition for you?
It was the best transition I've ever made. I think feeling discouraged and demotivated in my degree was mainly because I had such an amazing A-Level course in college. It was really hands on learning; experimenting in the darkrooms everyday with the most nurturing teachers who valued your vision. I went from that environment into one filled with dingy rooms with droning lecturers (who don't even know you by name) speaking for hours on the history of the camera. It was like I was taking a step back, and I wasn't prepared to waste any time. I needed to get out there and get my hands dirty and learn from my mistakes, and that's exactly what I did.
It took me a few years to get to anywhere profitable, but I knew I would have way more experience and contacts compared to if I had sat in a classroom for 3 years.
Do you think everyone is interesting to photograph?
Yes, I do, but what's even more interesting is the contrast of how people are in front of the camera. Some people are fully comfortable in their own skin and let you photograph their soul from the word go, which is wonderful, as the connection is there straight away and can sometimes get beautifully intense. Whereas others (and most) people put up a guard you have to pick away at before seeing their true selves, maybe even for just one frame – but it's great to be challenged to find it. 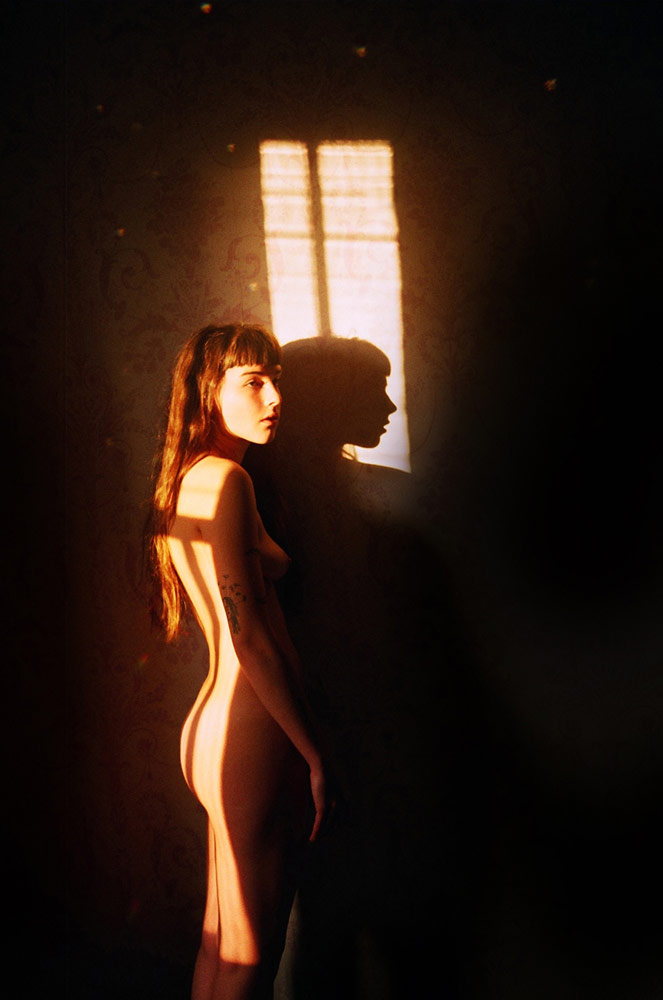 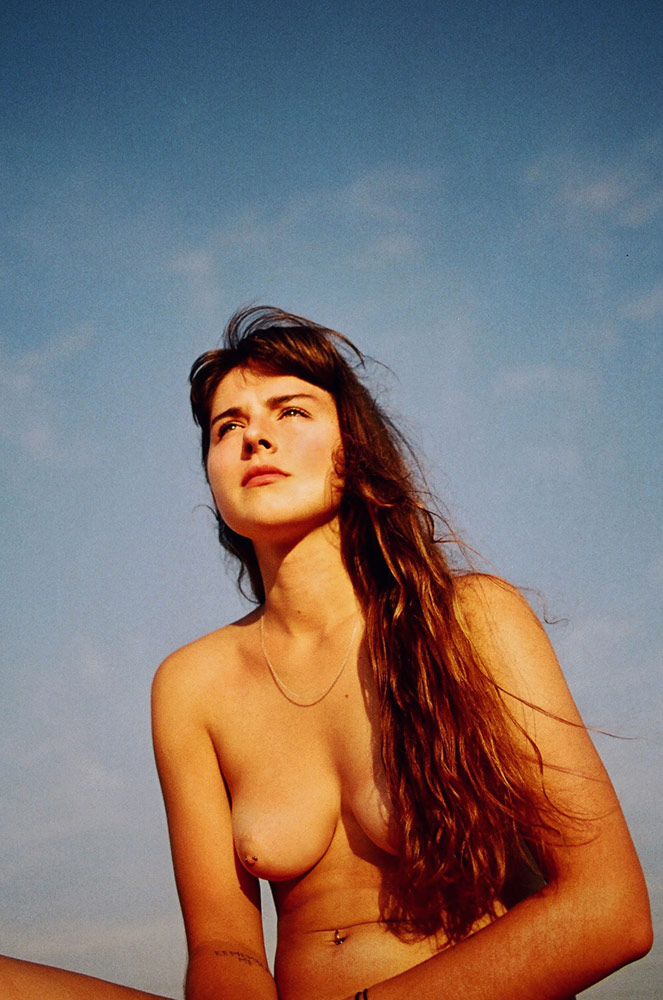 In addition to your personal work and your fashion photographs, you have also photographed a wide variety of musicians, from Mac Demarco to Shura, Youth Lagoon or Mourn. What is it that attracts you the most to this type of photography? What differs from the other works you do?
I absolutely love shooting musicians and actually find these commissions the most interesting, as they are being nobody but themselves. When you shoot fashion, you dress up and tell the models to act a certain way, but with musicians you just have to document them. It can actually be a lot trickier to some people, as you don't have full control of the subject, but, to me, the photograph is always so much more real. I love the challenge of reflecting their work through my work too, that's a nice collaboration.
Have you ever had to put aside your personal style for some commercial commission?
Unfortunately, yes. But my new rule this year is to never do so again! I am really sick of working for people who don't hire you for your work – they just hire you because you might be a cheaper option. Never again will I disrespect myself by accepting a commission that won't reflect my style!
You've said that some of the photographers that inspire you the most have fewer followers than you, downplaying the numbers. Since the boom of social networks, many people believe that you are the "likes" you get on each photo. What do you think of all this stuff? Does it affect your work in any way?
No, it doesn't affect me, really. You could start an account and take half naked iPhone selfies and probably get more followers than I do in a couple of weeks, but this doesn't mean that the photos are better than mine. It depends on what people want to see and follow, and I think the majority of people on social media want to see beautiful, skinny fashiony perfection rather than something that might depict a truer form of art. Nobody really sits there, examines and delves deeper into the meaning of a selfie, they just like it and carry on scrolling. There are certain pockets of people on social media (Instagram especially) that I can divide up. For example, when I post my music work it gets a different reception to when I post a nude. But just because the music post might not have got more "likes" than the nude doesn't make it a shit photo compared – I just don't have as many music photography followers, or those followers that are interested more in music aren't on their phones as much as the ones that like naked beautiful girls. It's an interesting subject to think about. The only time I'd say it's affected my work is when I've lost a job because someone has a bigger following than me, but I've realised that if those people are shallow enough to think like that, then I wouldn't want to work for them anyway! 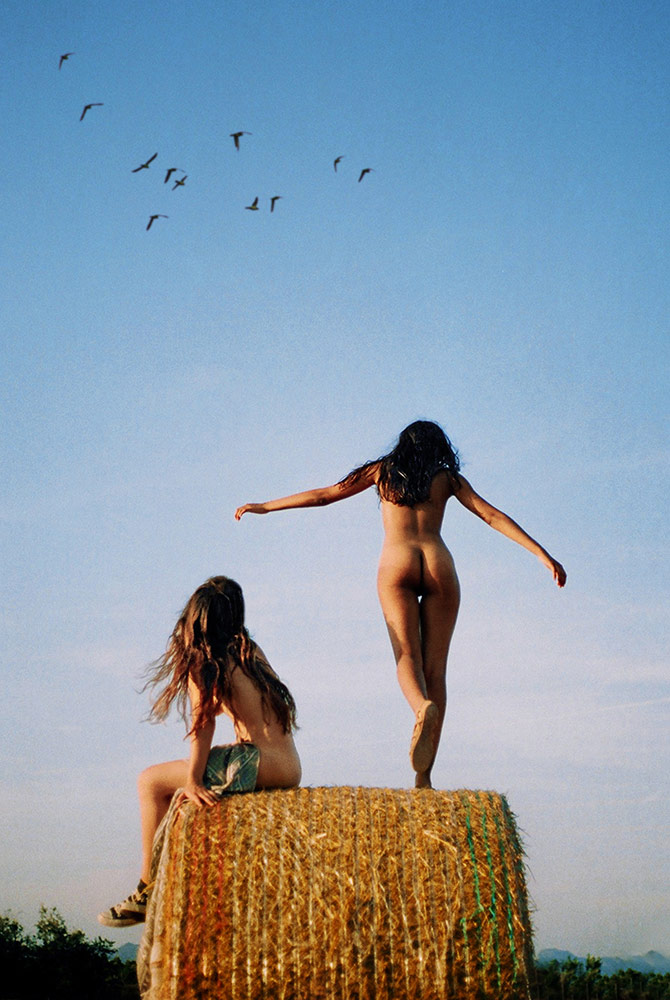 Following a bit the theme of the internet, social networks and technology, it sometimes seems that everyone can become a photographer. How do you distinguish someone fully dedicated to photography from someone with, simply, an iPhone in hand?
I don't think it really matters what medium people are using to take photos; it's definitely the subject they are choosing to show that separates them. I quite like that photography is so easily accessible to everyone who chooses to enjoy it, and if you can look like someone who is fully dedicated to photography with your iPhone, I'd suggest you pick up a proper camera and get going. I use my Instagram for a purely professional work platform, and also have a super private personal account just to keep a timeline of my life, as my memory is so terrible. If people saw my personal account full of my dogs and boyfriend, I don't think they'd guess I was a professional!
What has evolved the most in your way of taking photos over the years? Is there anything you don't like of the first photos you took? Is there anything that has always remained unchanged over time?
I think the quality of my prints has evolved the most. I realised I wasn't thinking enough about the lens' and film I was using, so I've been working on getting higher standards of quality to my work. There's only so far the DIY shitty grainy film look can take you. 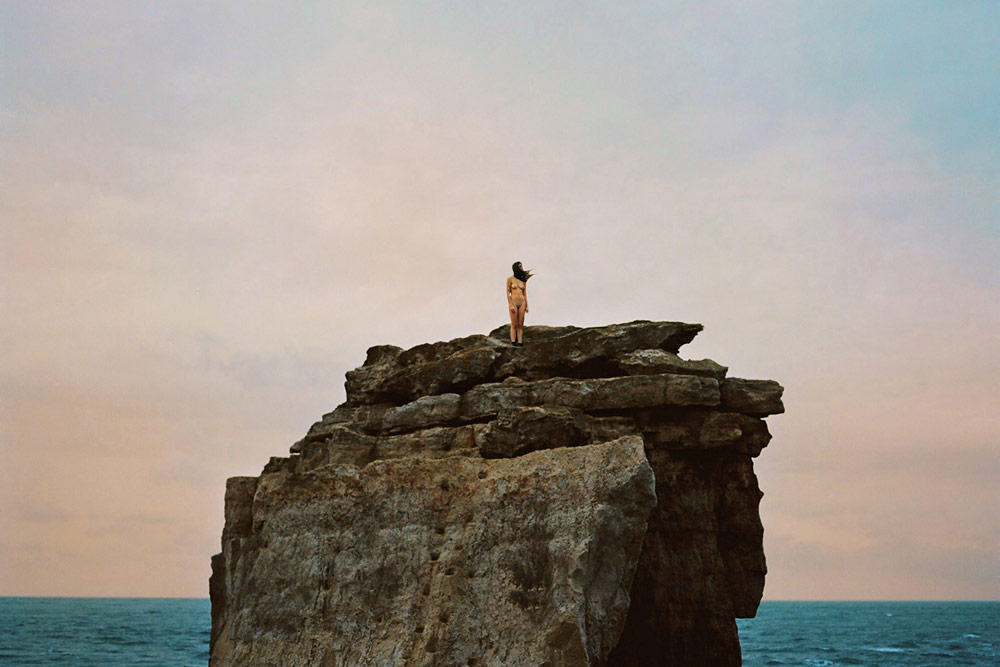 Tell us a little bit how your daily life is now. Do you see yourself forced to plan your schedule in detail? What do you spend more time on when you don't have to work?
At the moment my daily life is in chaos; I'm working all the nocturnal hours to meet deadlines. My boyfriend is in a band and I have been very involved in their campaign doing all the photography and videos. I can't say too much, as it's all being kept under wraps, but it is all very exciting at the moment, even if I am sleep deprived and constantly in my pajamas hunched over my computer day after day! Generally my schedule planning is a load of never ending to-do lists/sticky notes shouting at me with dates for deadlines. I am quite good with my calendar and not leaving everything until last minute though, as I have learnt the hard way that I don't deal very well with stress.
When I finish my commissioned work deadlines and find myself a bit quieter, I usually get bored and plan a personal project that gets me up to my ears in more work and other deadlines... But I don't mind, I don't think I could ever really take loads of time off to focus on other things as I would get itchy bones and feel guilty that I'm not working to be better.
Could you choose a picture that inspires you in these moments of your life and tell us why? It can be one that you have always liked or a recent discovery.
My all time favourite photograph is Sally Mann's At Warm Springs. Sally was my first major inspiration when I started getting into photography and I'm still a massive fan, so I would consider all of her work my favourite. When I look at At Warm Springs, I feel my dark moments alongside my peaceful ones, and feel proud at how I've managed to keep my head above the water so far. 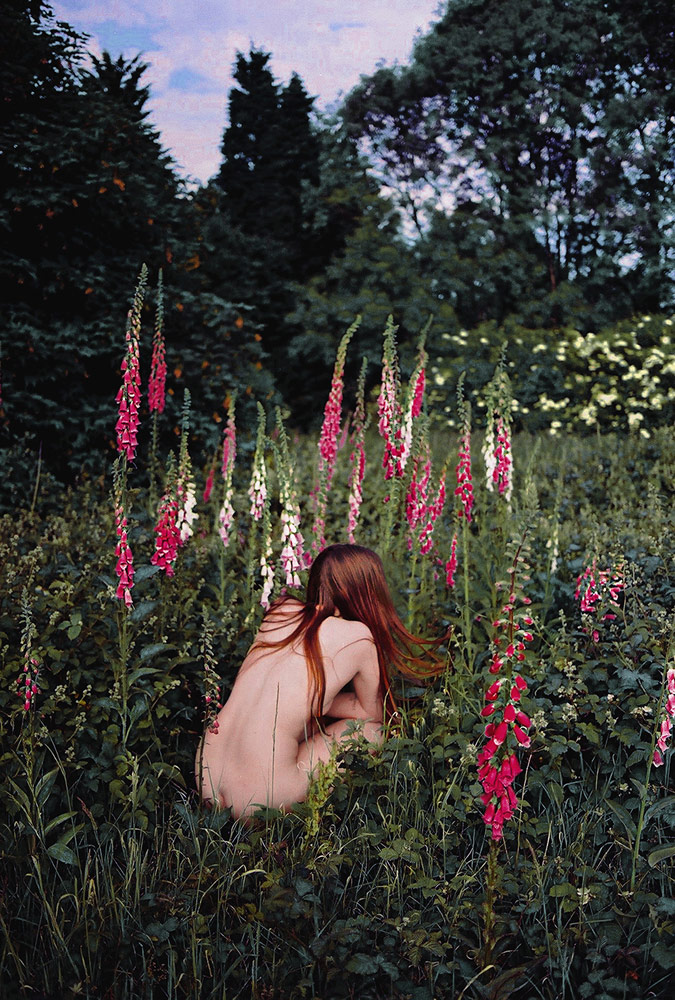 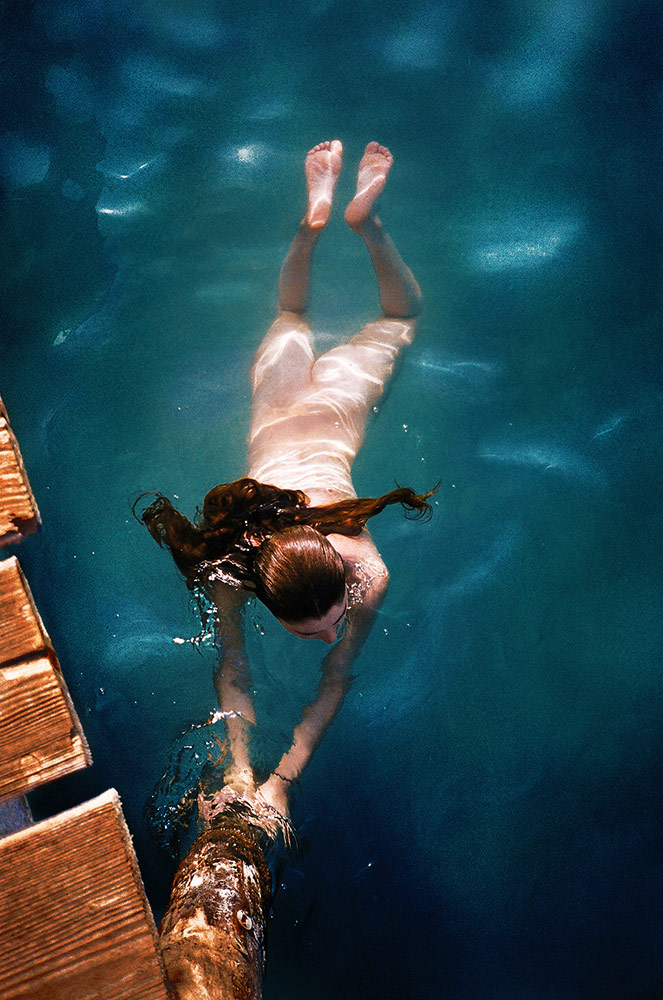 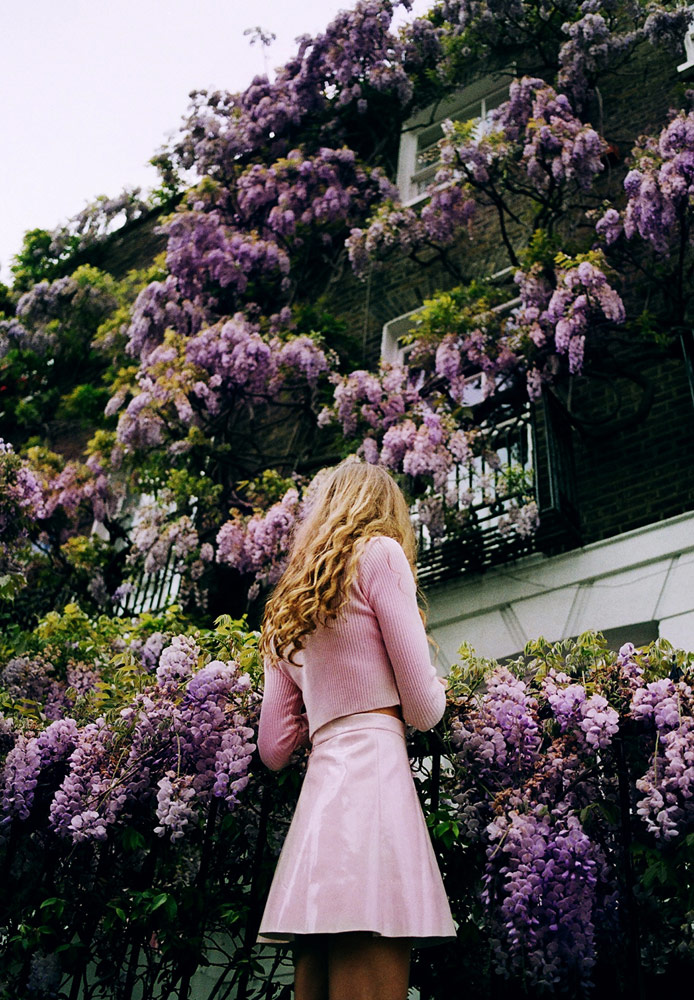 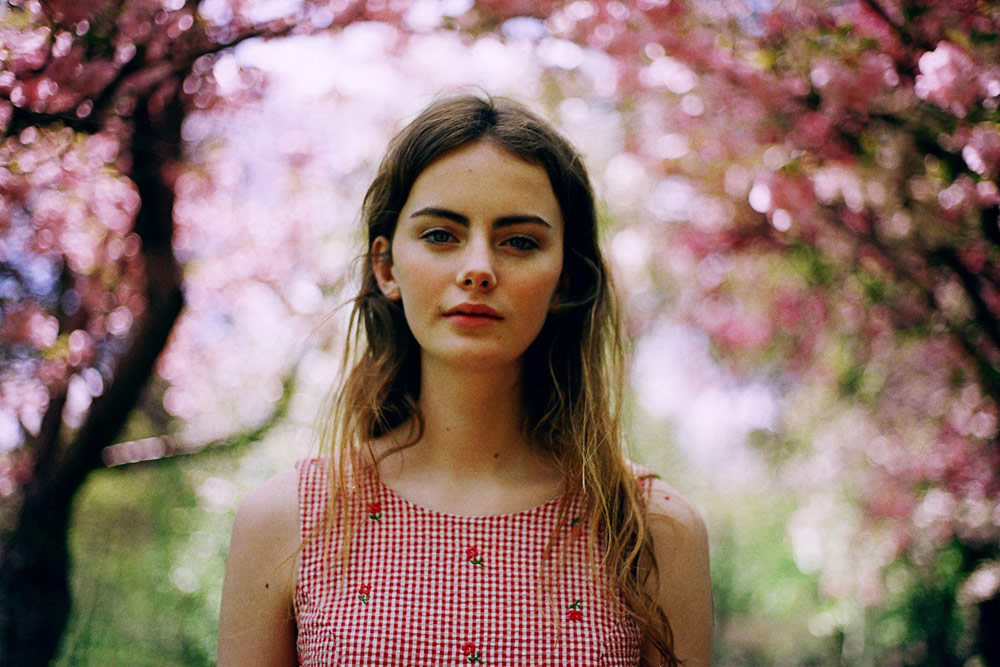 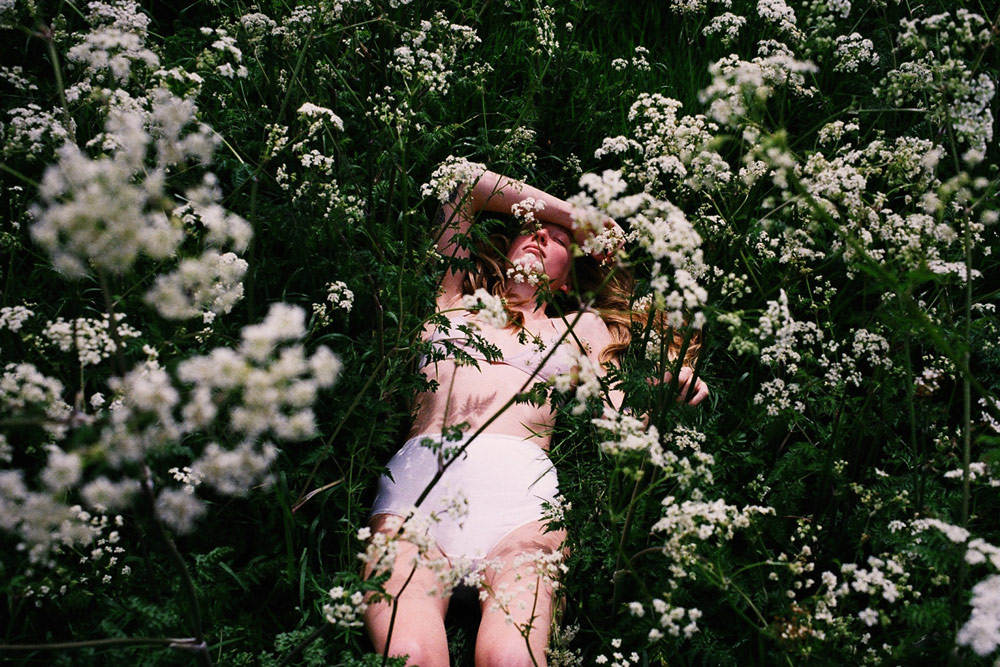 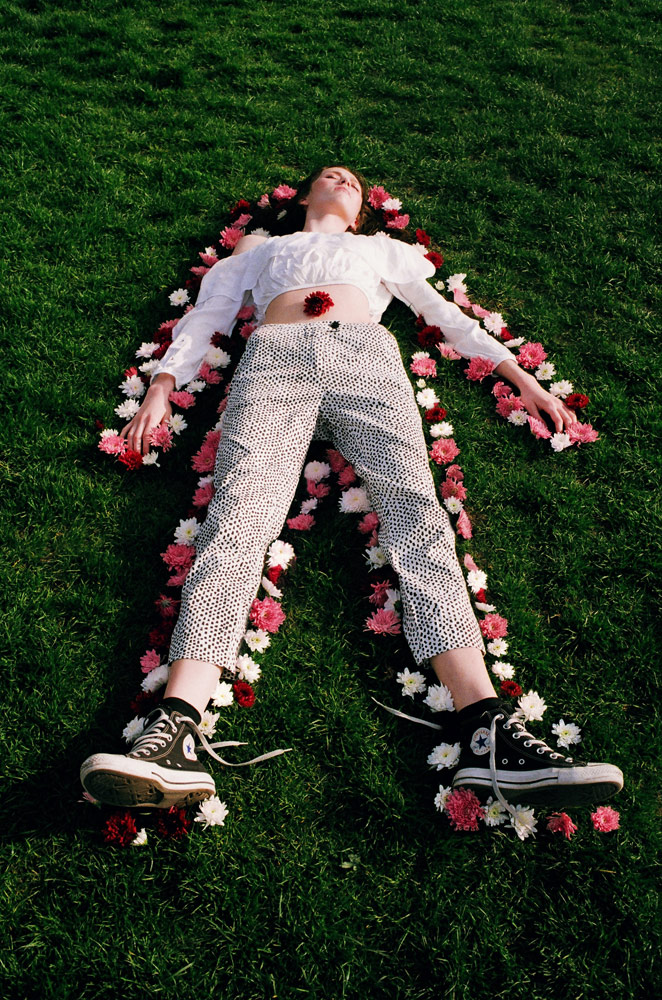 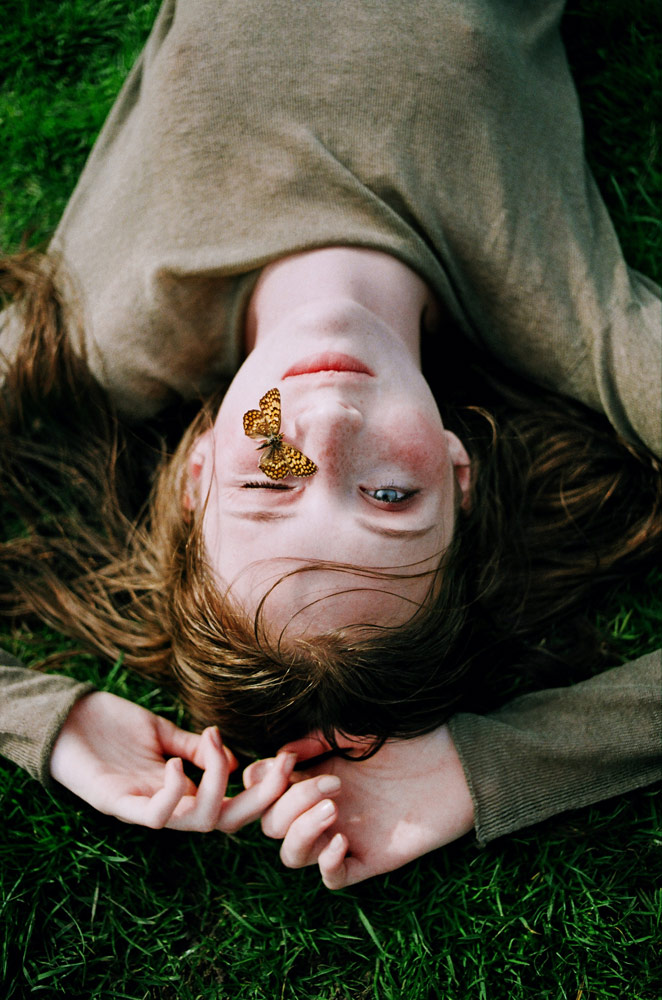 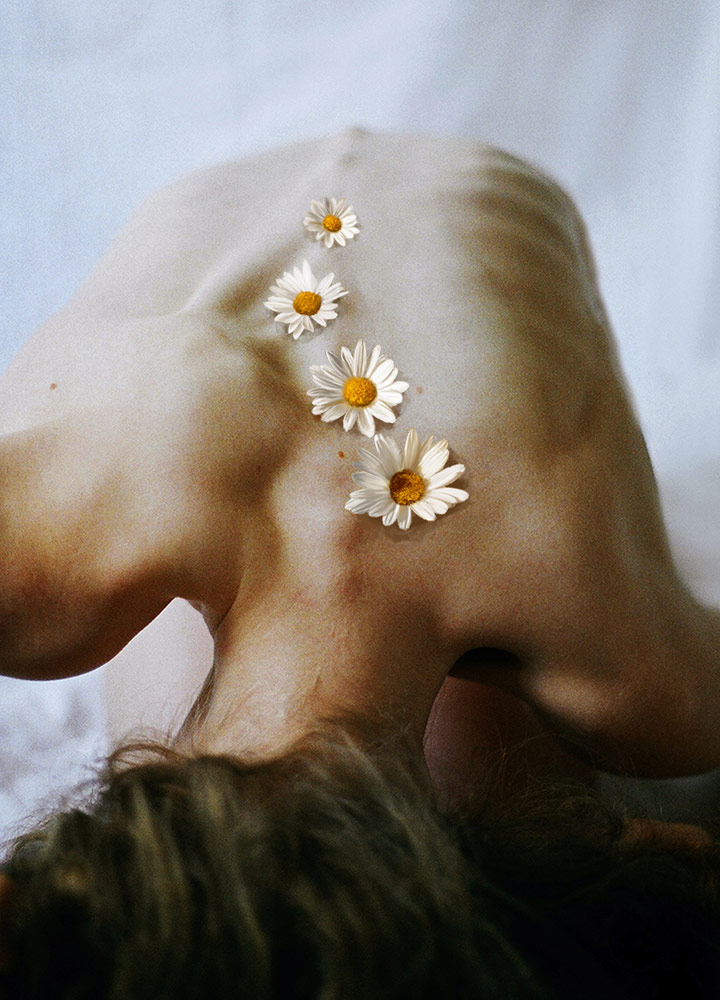 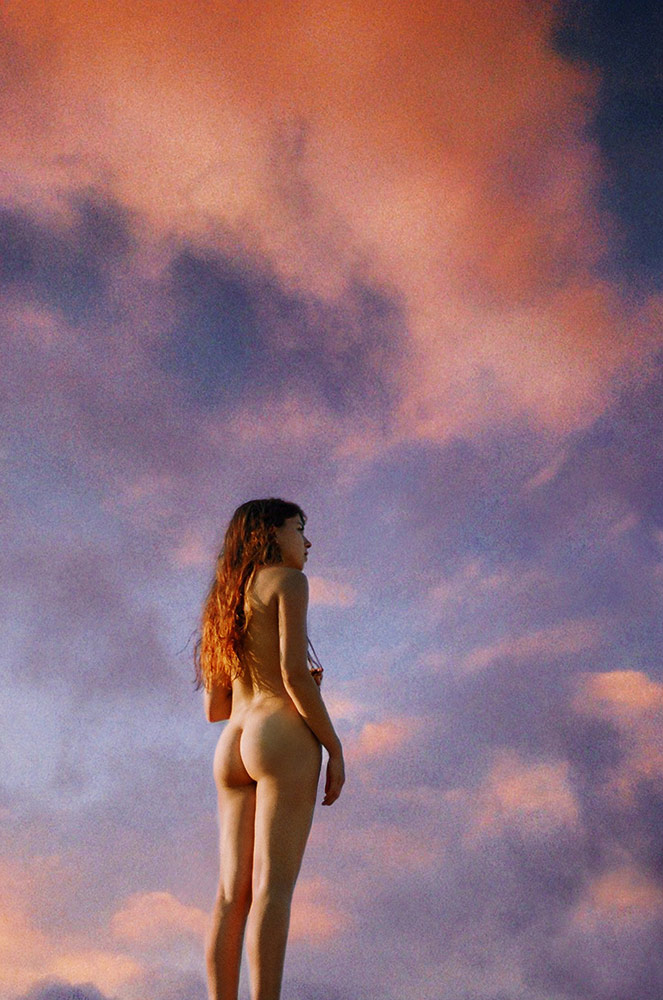 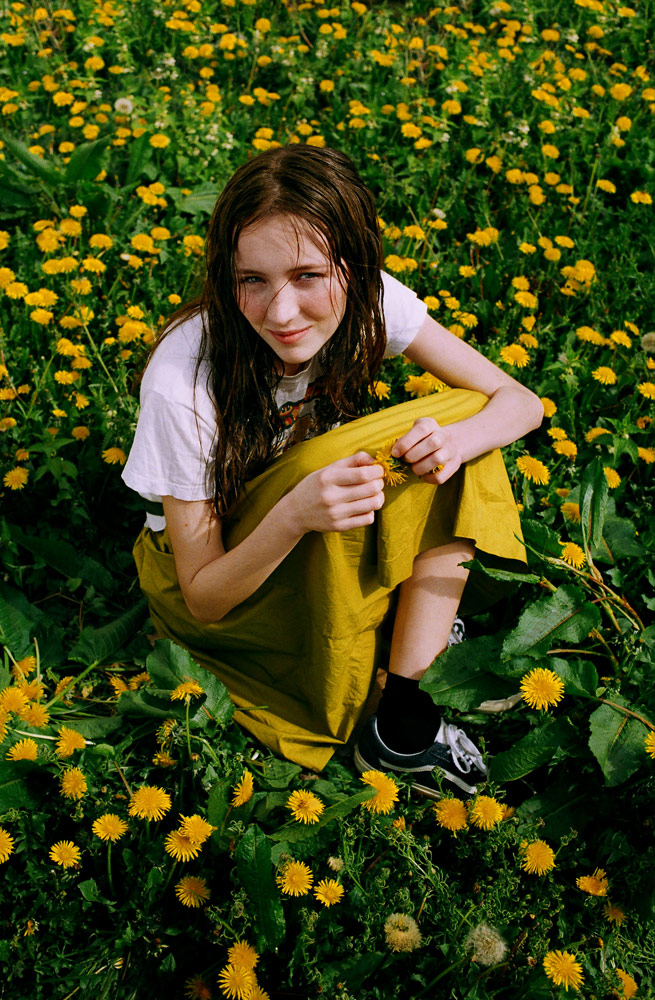 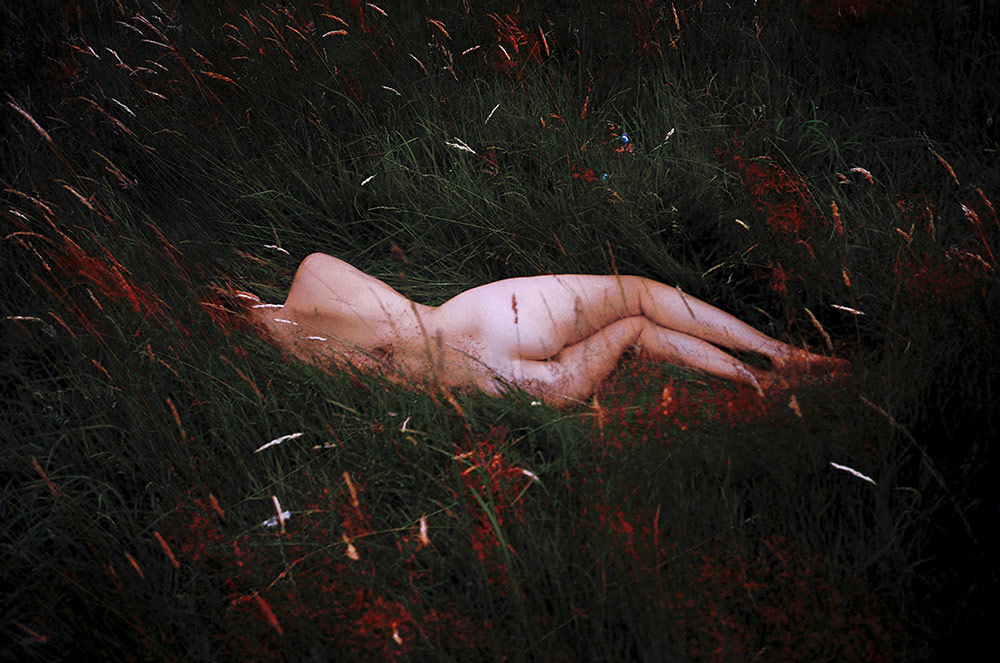