To create is to subvert 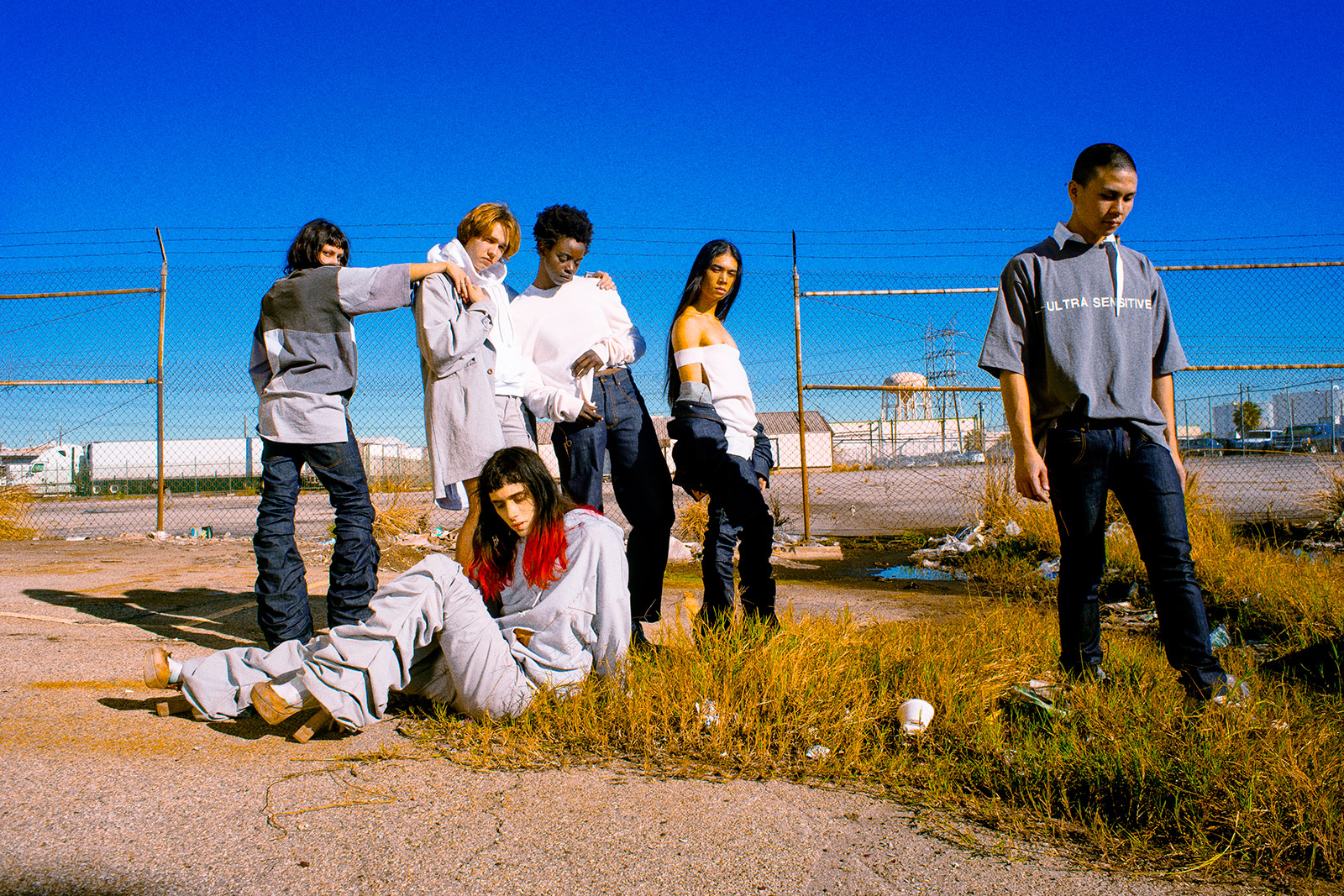 They say they’re now obsessed with telling stories about lesbians and skate kid looks. But in their overall work, it’s self-portraiture that stands out the most. Part therapy, part creative outlet, art making and photography have become the ways Hobbes Ginsberg expresses themself. Now, they’re also exploring filmmaking. But one thing is clear: to Hobbes, to create is to subvert or, at least, they’re trying to subvert the cis, straight, white male figure that is still ruling western society.
Firstly, can you please introduce yourself in a few words?
My name is Hobbes Ginsberg. I’m a queer photographer/ filmmaker/model based in Los Angeles. Right now, I’m really obsessed with the color yellow, skate kid looks, making beautiful images and telling stories about lesbians.
How has your past affected who you are today?
To be honest, I don’t think much about my past. I’ve never felt very connected to the ‘me’ I was more than a couple of years back, and though obviously we are all built on top of who we’ve been, I guess I’ve always been more focused on making the changes I want to see in myself and leaving the rest behind.
Why did you decide to focus on self-portraiture?
I started out with self-portraiture just as a way to experiment with the craft – trying new things with lighting and aesthetic with a subject that I knew would always be willing and available (laughs). But from there, it ended up becoming something super integral to my practice. I think, in a lot of ways, it was the first time I was making art that felt like I was expressing something personal and vulnerable about myself, which was something that was lacking in my work. And I think that’s a big part of why it felt so fulfilling. 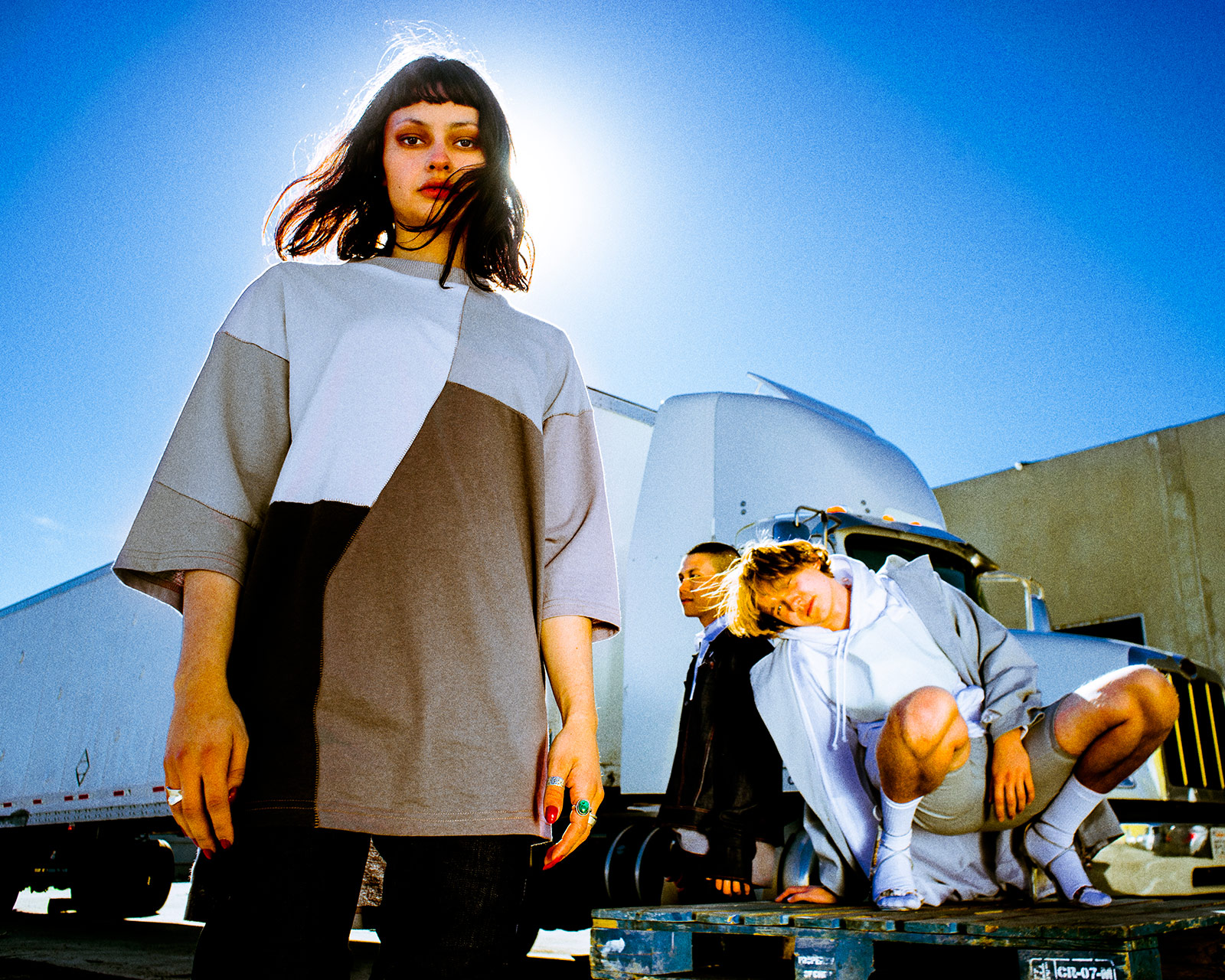 You’ve said that taking a selfie is a way of turning your depression into a more positive and pretty thing, and that it also involves a lot of dressing up and experimentation. Do you feel that each time you take a self-portrait, it changes and propels you forward as a person?
I think making the work propels me as a person and I think it also works to serve as a marker of times in my life. There’s an internal narrative to the selfies that is maybe parallel to my actual real-life narrative. I think they both work to play off each other.
Has photography saved you, emotionally? Do you think art is an important form of therapy?
I don't know if I would say photography has saved me, maybe because I don't know if I would say that I’m safe yet. I think that photography and art making, in general, has been really powerful and important in giving me a voice and a way to share myself and my ideas, but also to give me some sense of having something to do and a reason to get up.
Due to insecurities, what we post on social media is often an idyllic and fake version of ourselves. Do you think it’s important to act honestly in front of the camera? For your own anxieties and others?
At least, personally, I try hard to be my own fullest self in all situations, and I don’t think I have much of a social media personality that’s different from my ‘normal’ one. I think in a lot of cases people find that empowering, and I think one thing that’s really important about that is being able to both share and find stories and people who are experiencing the same things you are.
I’ve always been open about my depression or my trans-ness or just how I think about things in general, and I’ve had a lot of people tell me that just seeing someone else also learning how to navigate those things has been helpful. I feel the same way about everyone who I follow and look up to who shares themselves, online and off. 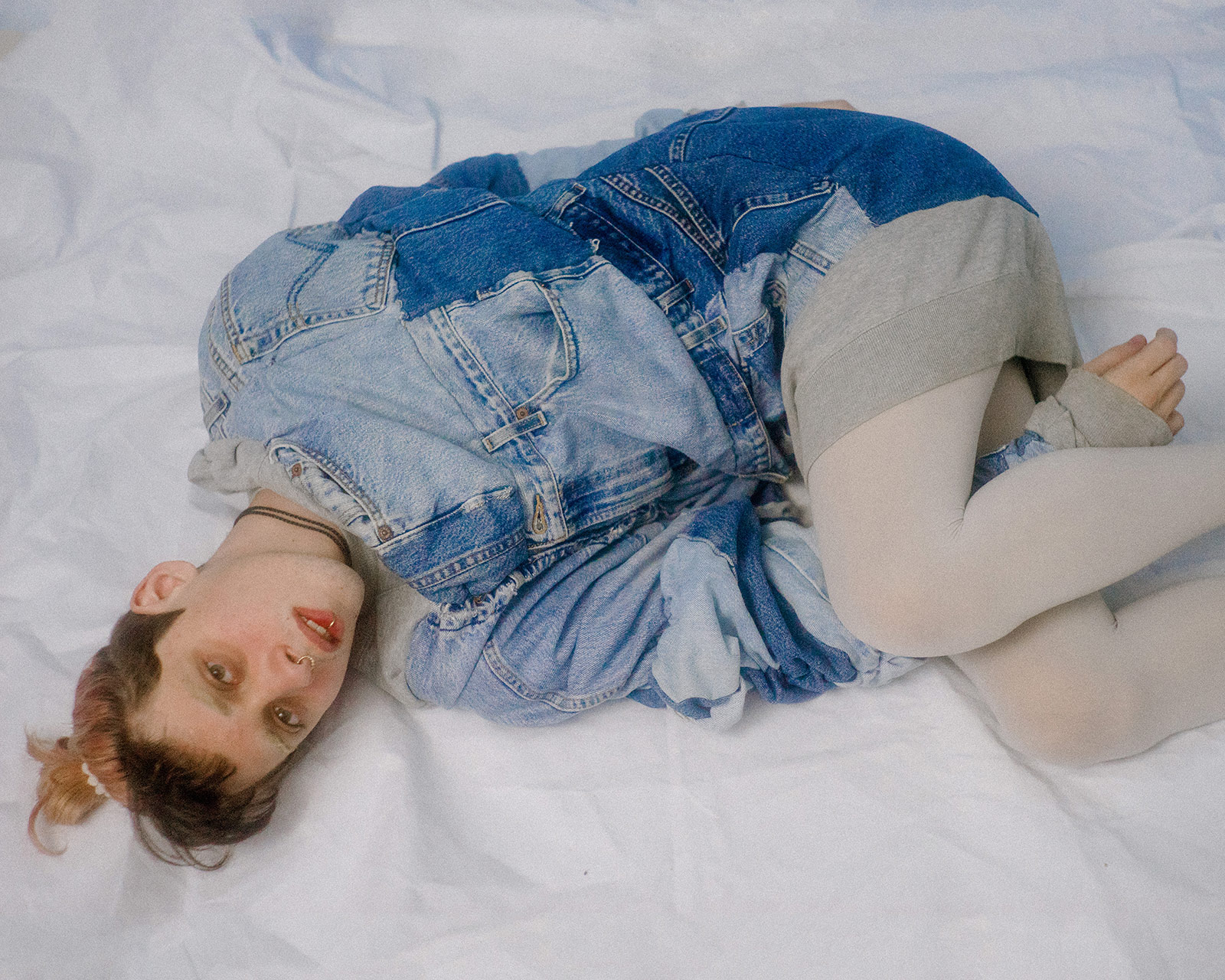 Your comment “People have always been recreating their own image; it's just that now it's become more readily accessible and it's not only elite white dudes (artists) who can create images of themselves” made me smile. It’s so true. However, nowadays, I think the idea of men taking selfies has more negative connotations than women. It has become a ‘feminine’ thing. What are your thoughts on this? Why do you think selfies are so often seen negatively?
I think that exact reason is why selfies are seen negatively. There's been a huge surge in the availability of being able to capture/idolize/memorialize yourself and with that comes the ability to do so for people who historically have not had that chance (i.e. women, people of colour, queer people, etc.). So now that that ability exists, there’s a backlash to make it seems vapid and ‘feminine’ and all these other qualities that are devalued in a ‘white patriarchal culture’.
How important, do you think, is the role of fashion and beauty in breaking up the heteronormative norms?
I think it’s incredibly important because fashion and media play a huge role in creating and upholding what our culture sees as valuable. I think there needs to be a constant and conscious effort made by people who are in positions of power within these industries to break down heteronormative and white supremacist values.
Your still lives are bold and poppy. What inspires these color palettes?
Honestly, I just have a really specific range of colors that I like, and I love doing as many things as possible with them. I just think they are beautiful and make me feel good. 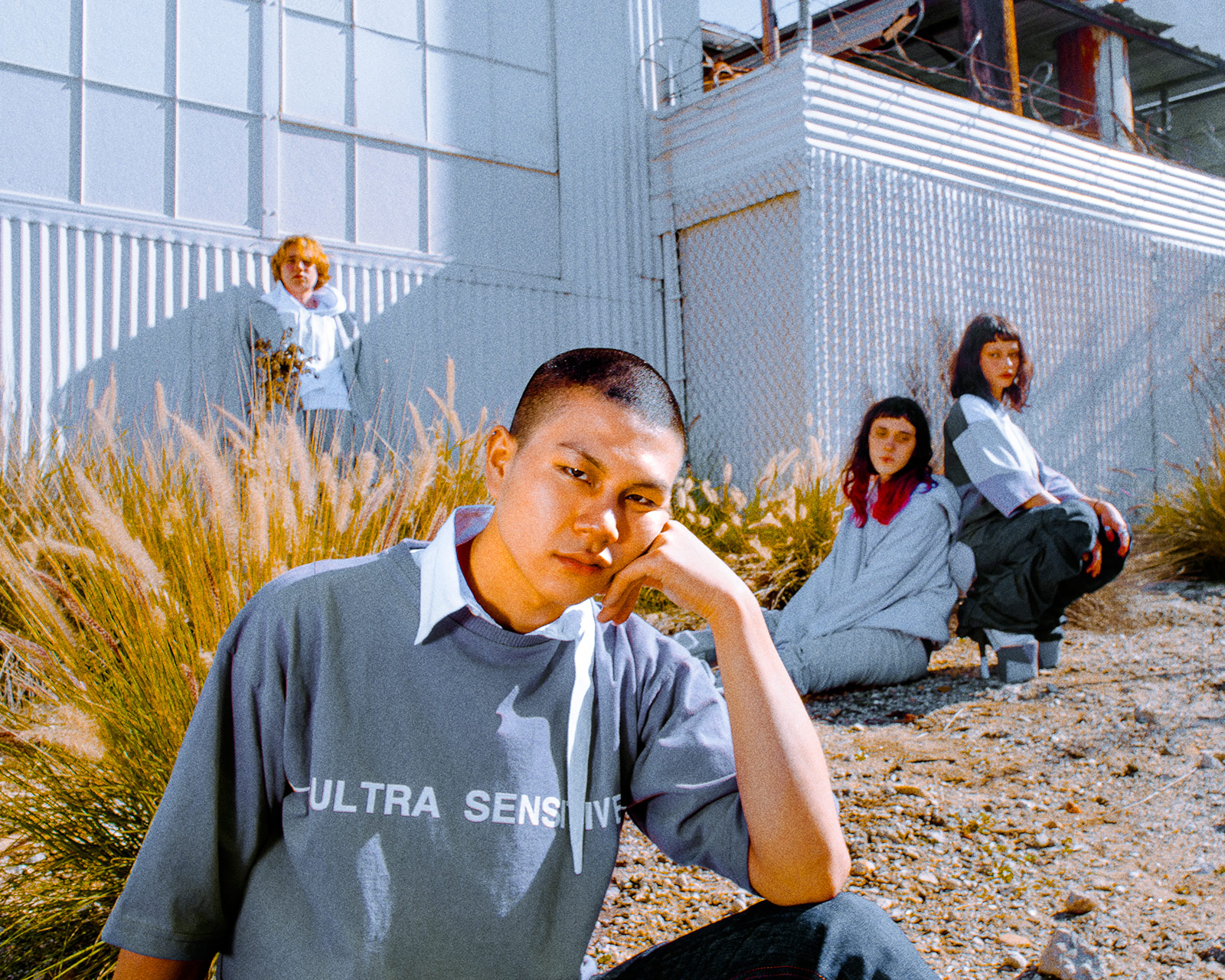 Do you feel like living in Los Angeles has influenced you as an artist?
I think Los Angeles’ biggest influence is the proximity to other people who are also trying to ‘do’ things. There are so many other amazing artists in the city, and so many of my friends are talented and passionate creators, so it’s natural to influence and collaborate with each other. I think stylistically I’m still much more influenced by my online communities than any ‘LA look’.
I see in recent years you’ve moved on to filmmaking. Can you tell us a little more about Red Lighter Films and its objective?
Red Lighter Films is a production company started by Chloe Feller and me, not only to make and share the stories that we want to see but also to serve as a platform that shares the voices of marginalized creators in film. The traditional film industry is a horrible sludge of toxic white men, and we want to do everything we can to combat that and create a new space for queer filmmakers and filmmakers of color to tell their own stories and craft nuanced and human narratives.
Finally, what are your hopes for the future?
Right now, my biggest hopes are to be able to continue what we’re trying to do with Red Lighter. We have a lot of really amazing projects on the horizon, including a couple of feature films, so it’s all very exciting. 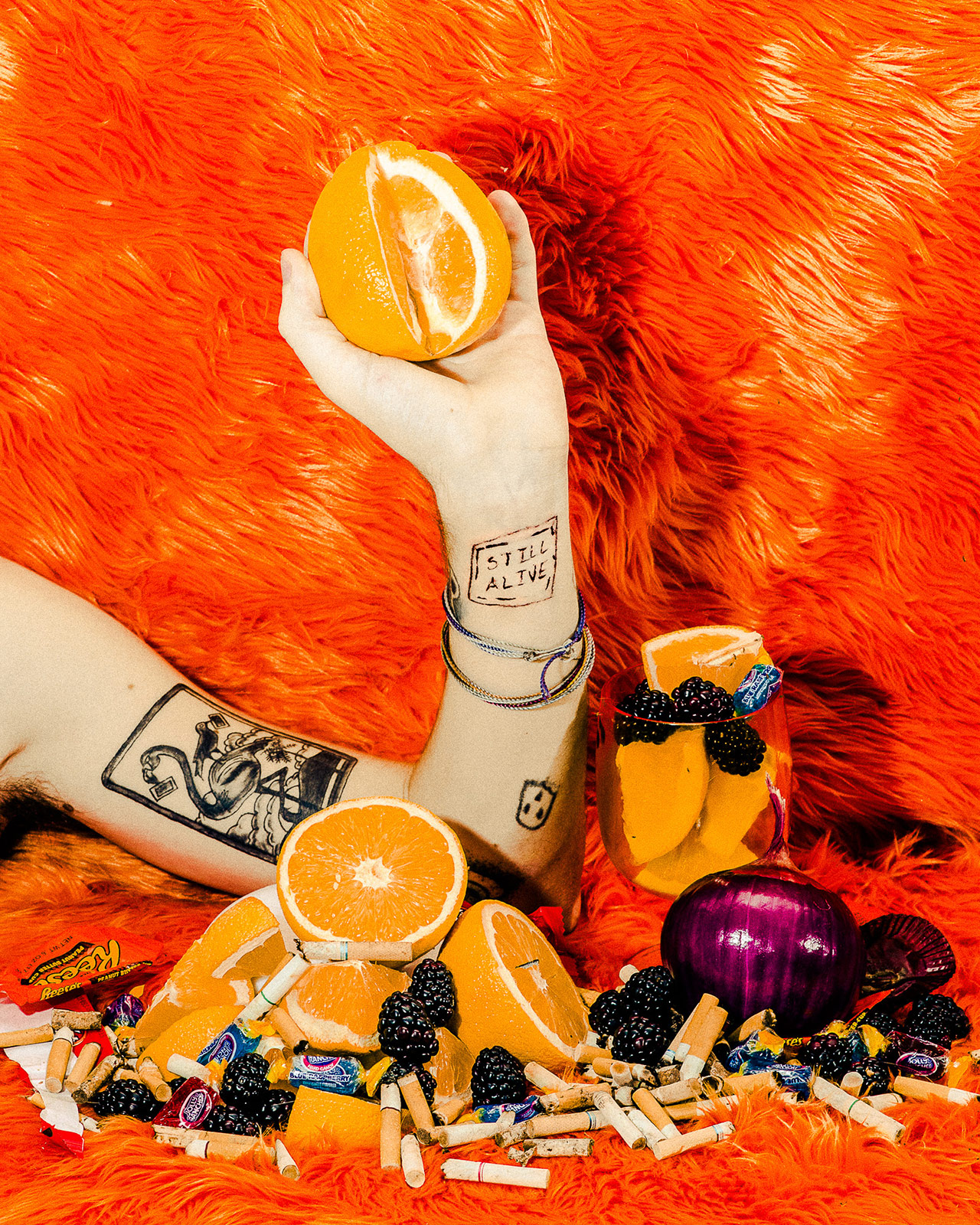 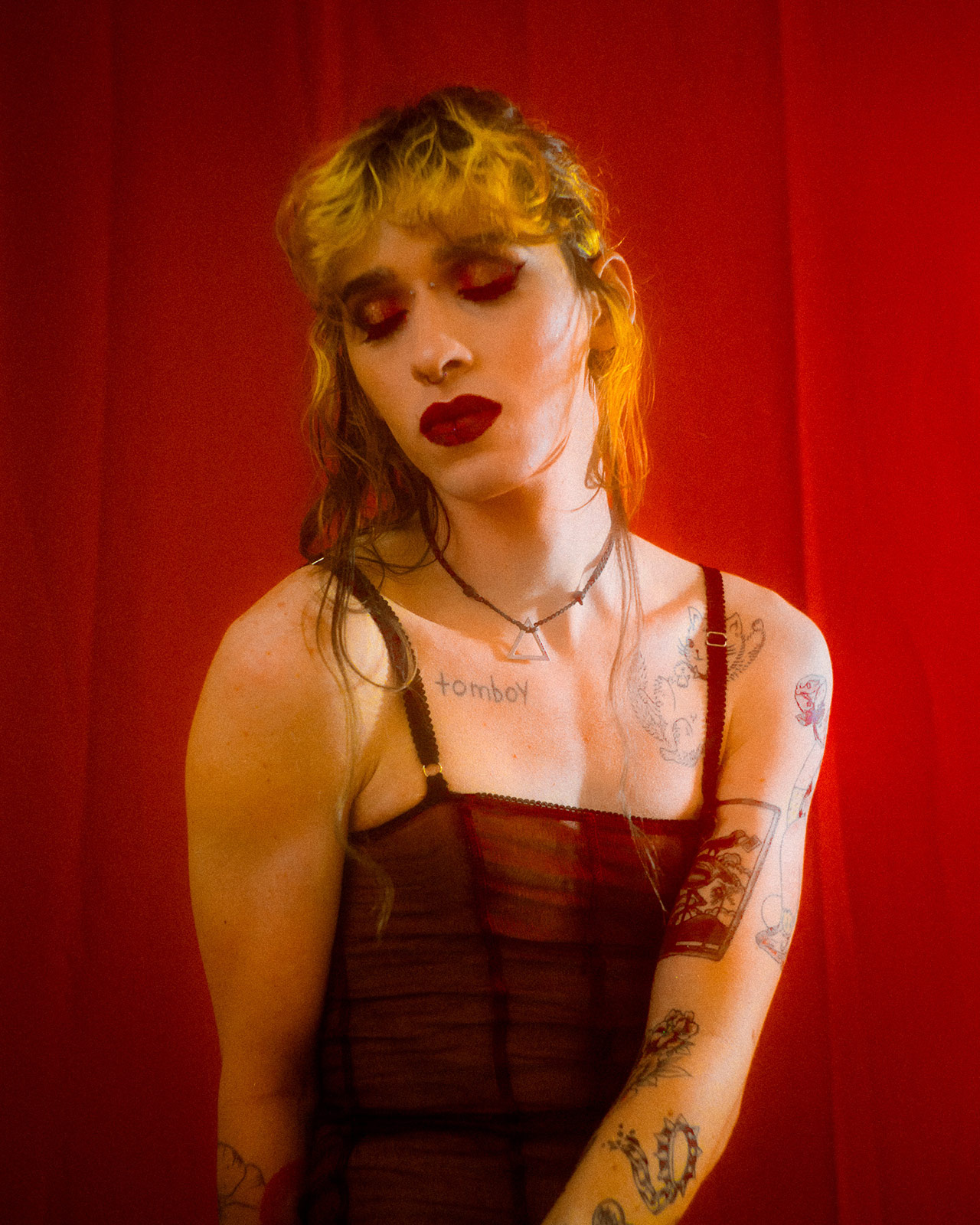 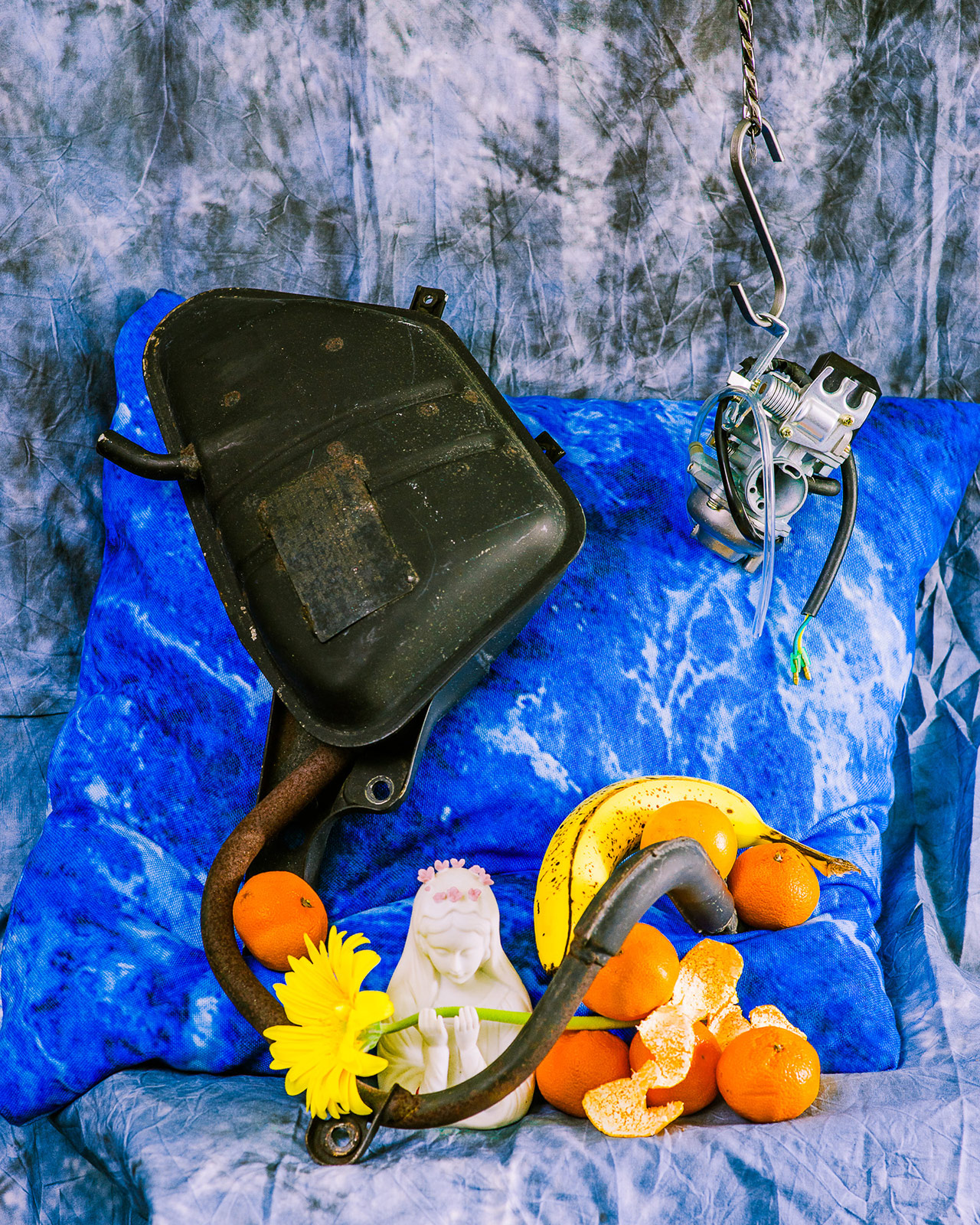 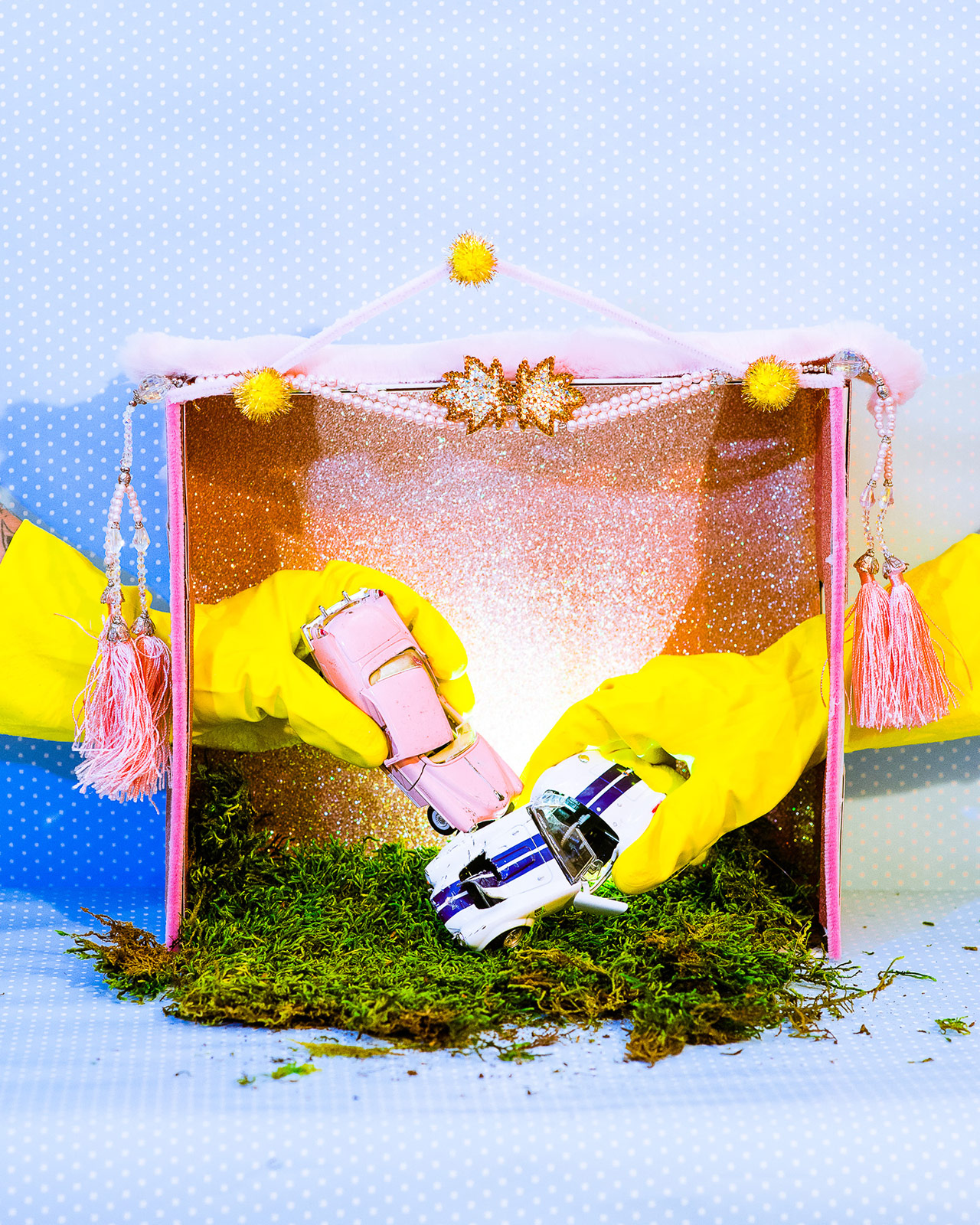 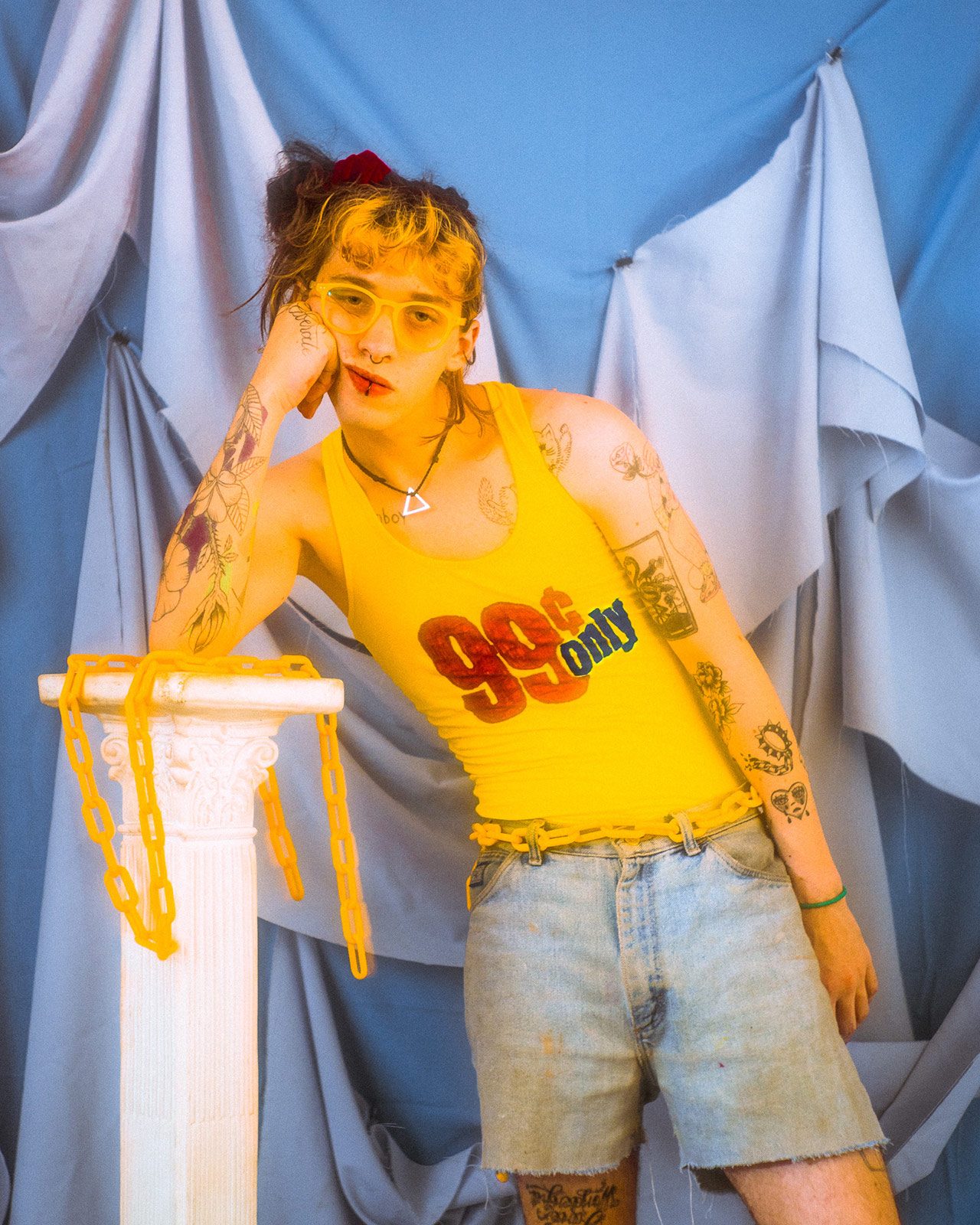 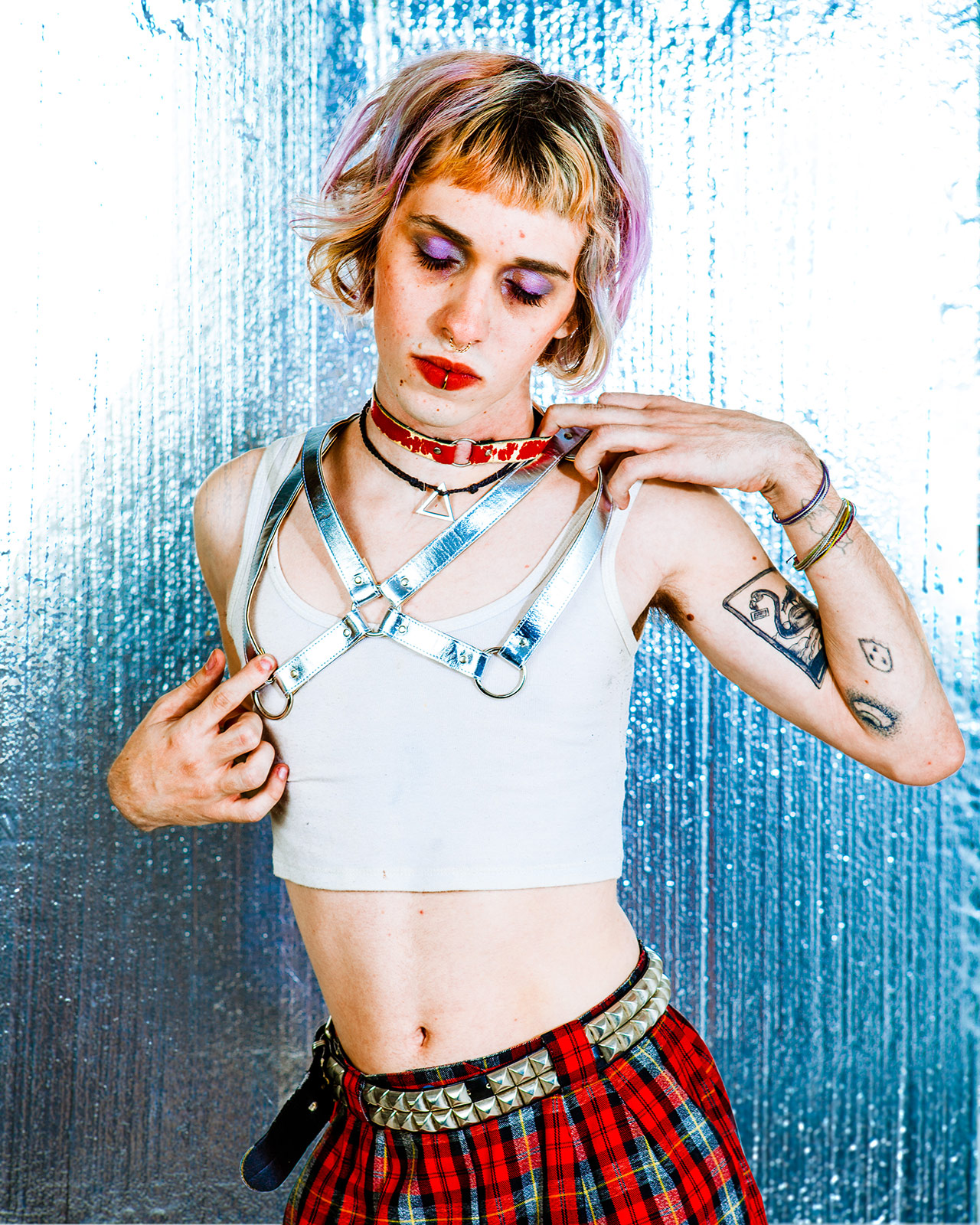 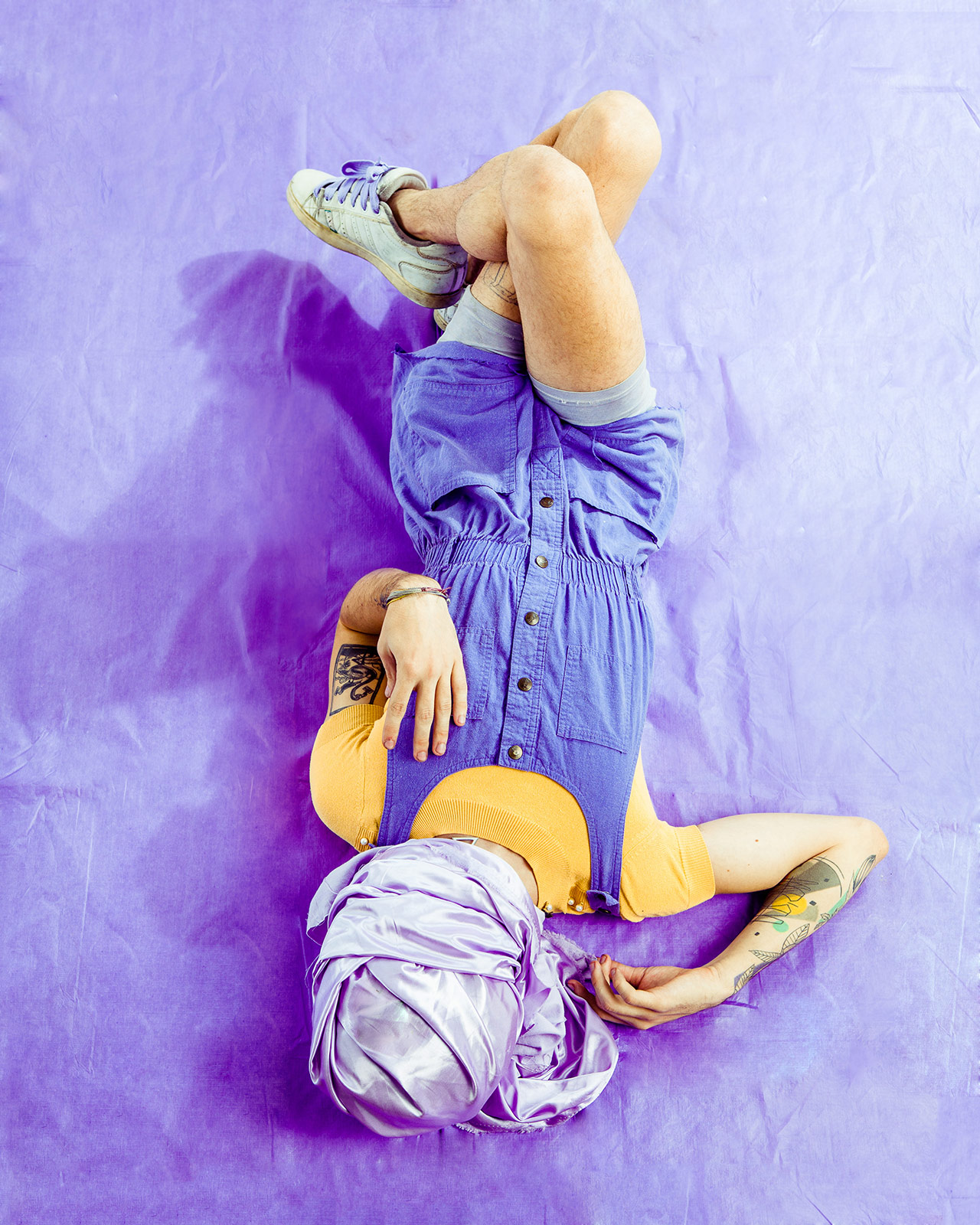 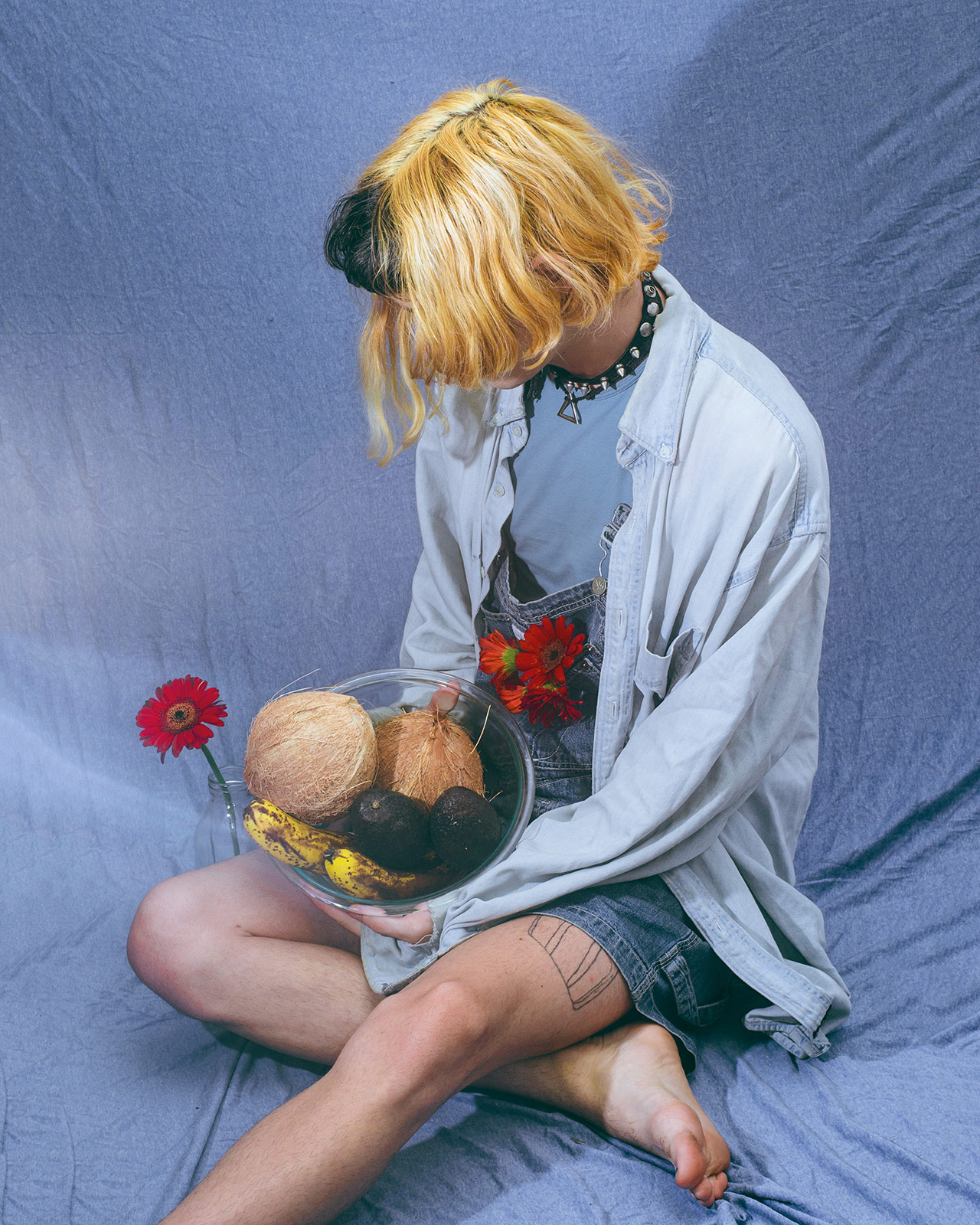 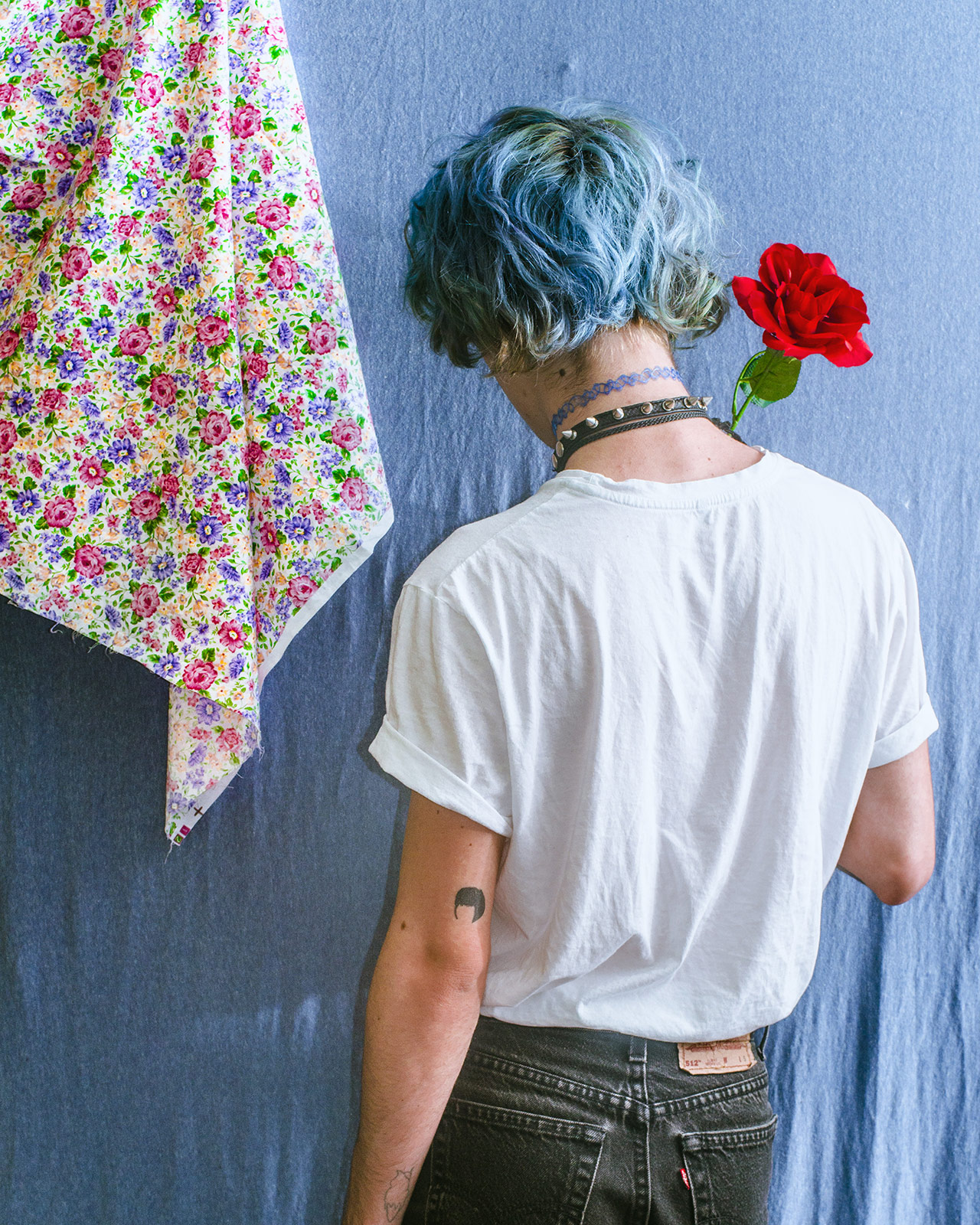 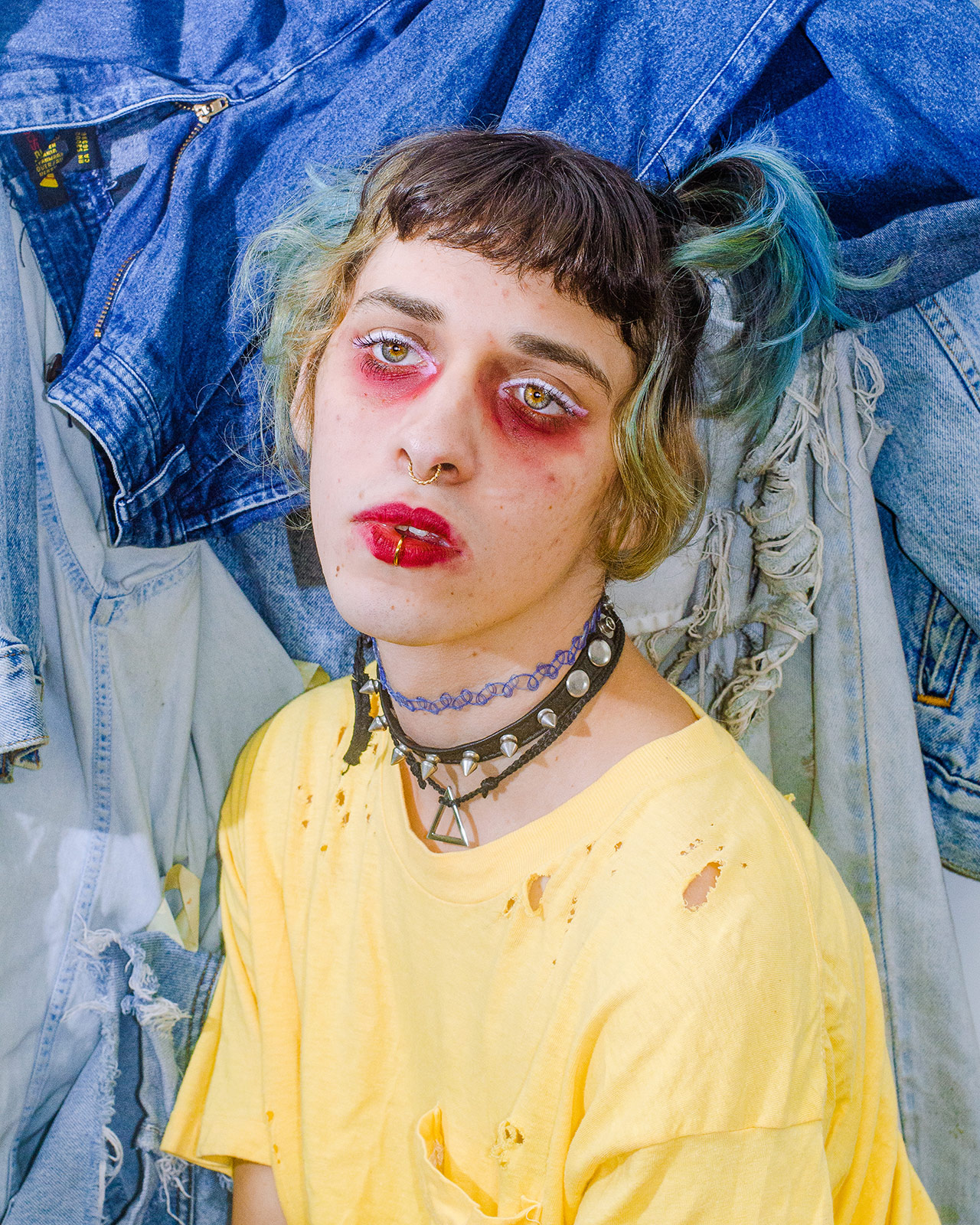 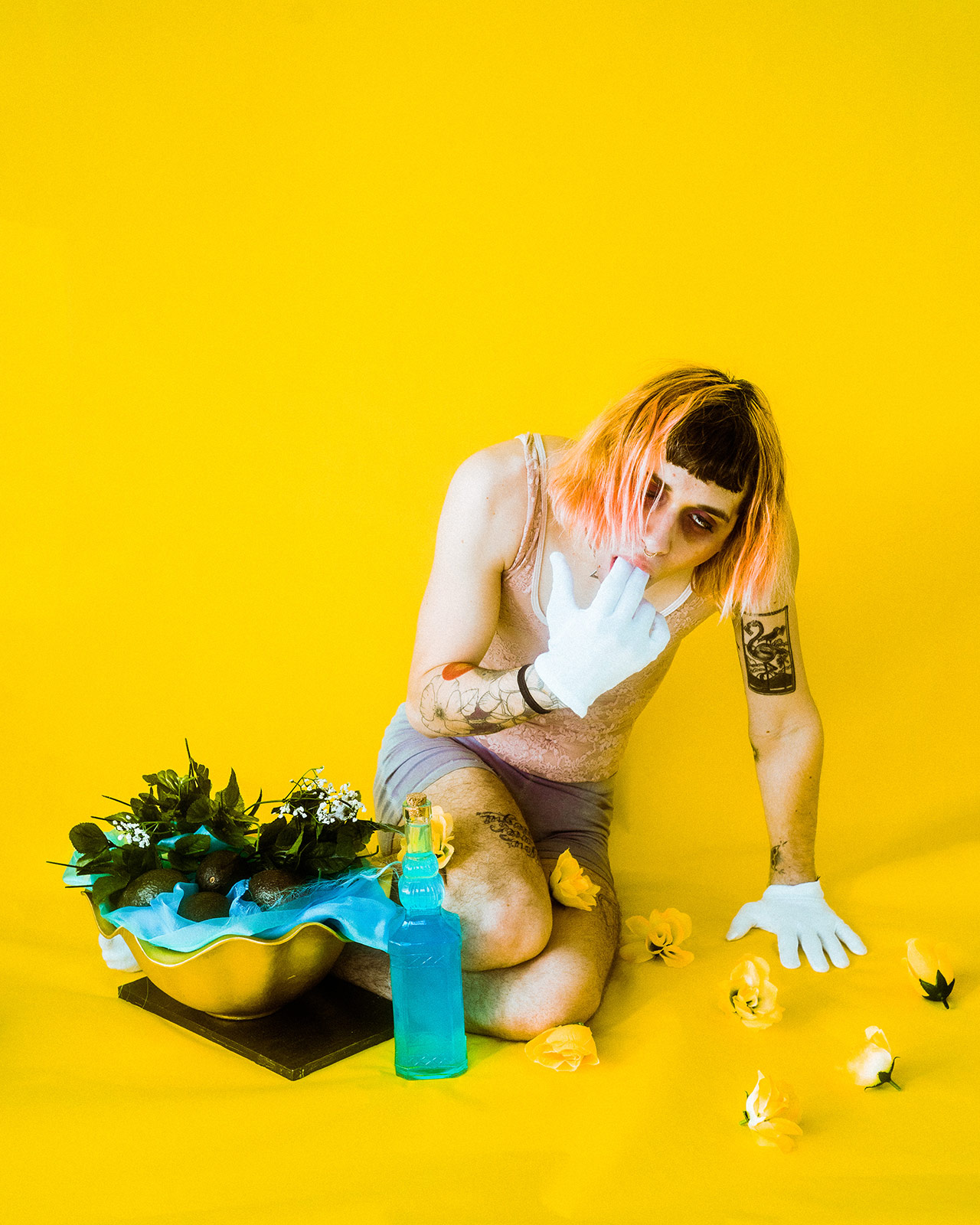 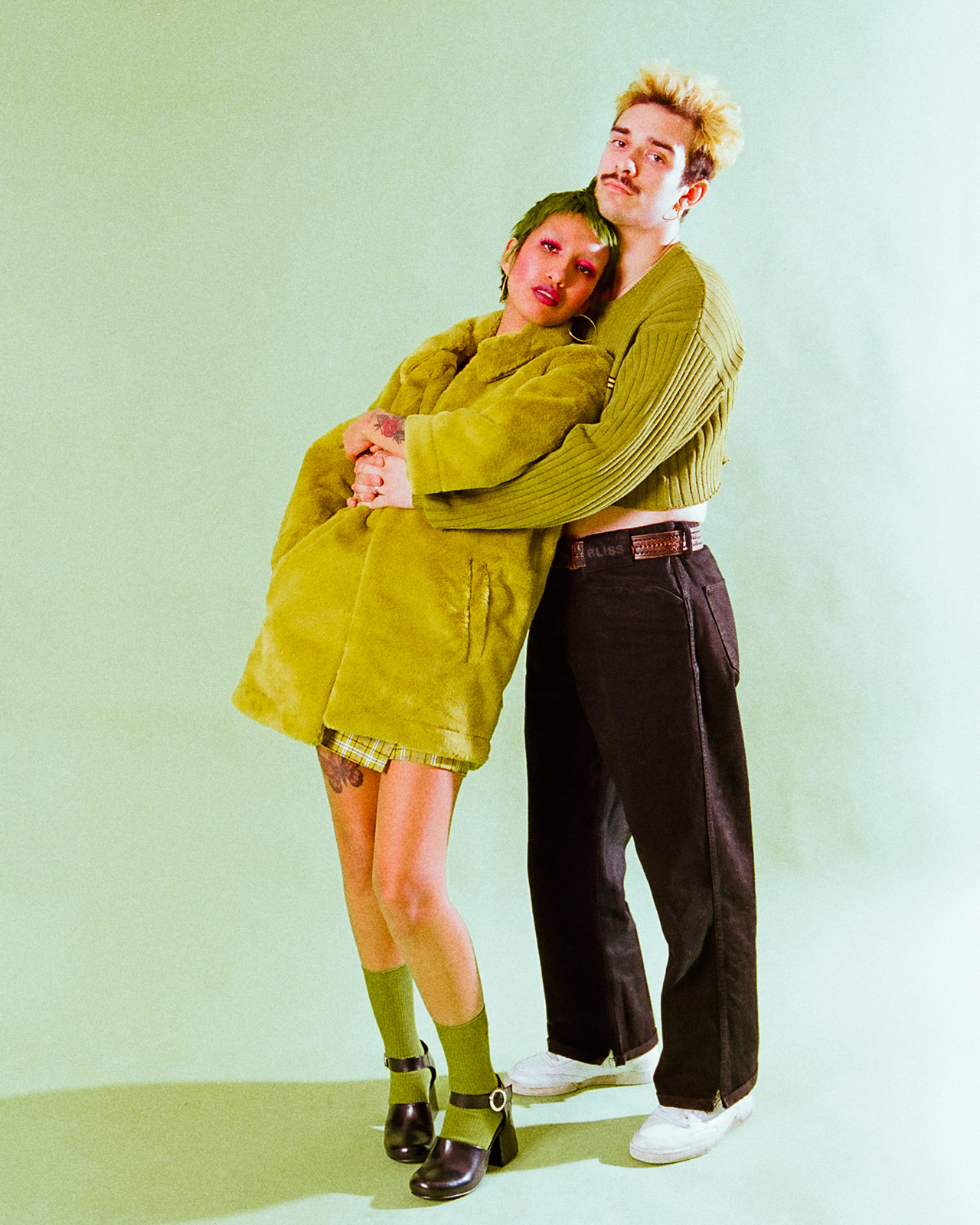 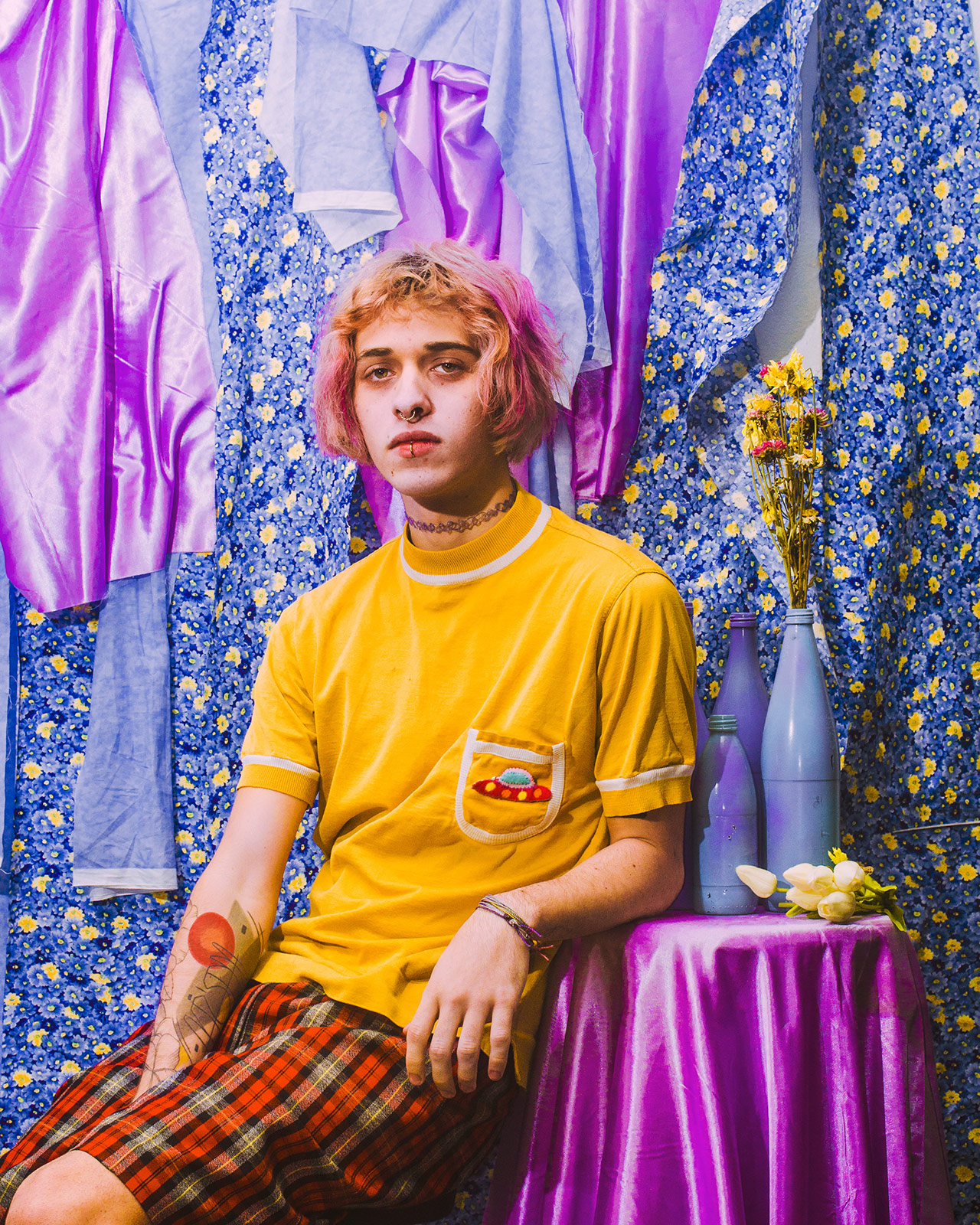 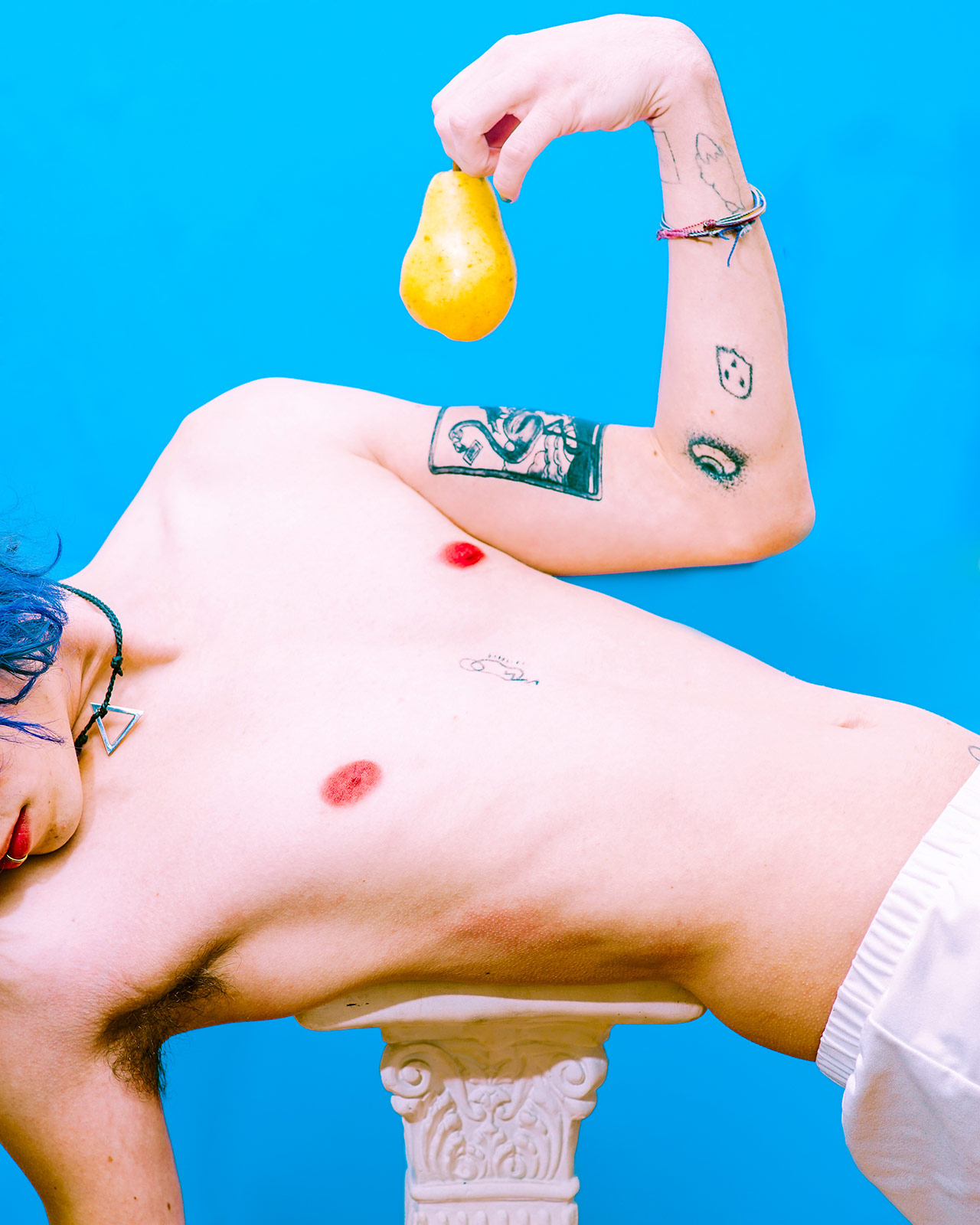 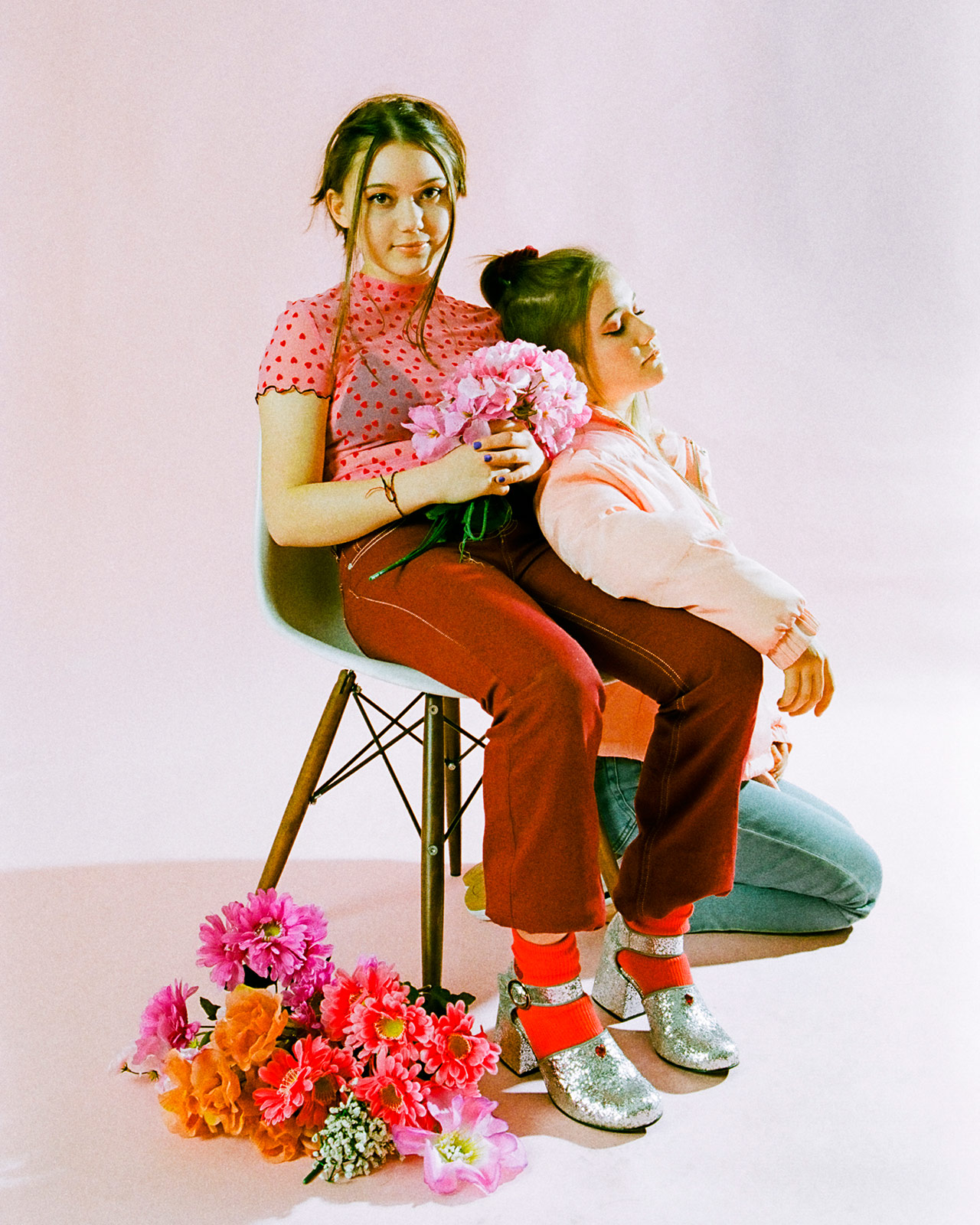 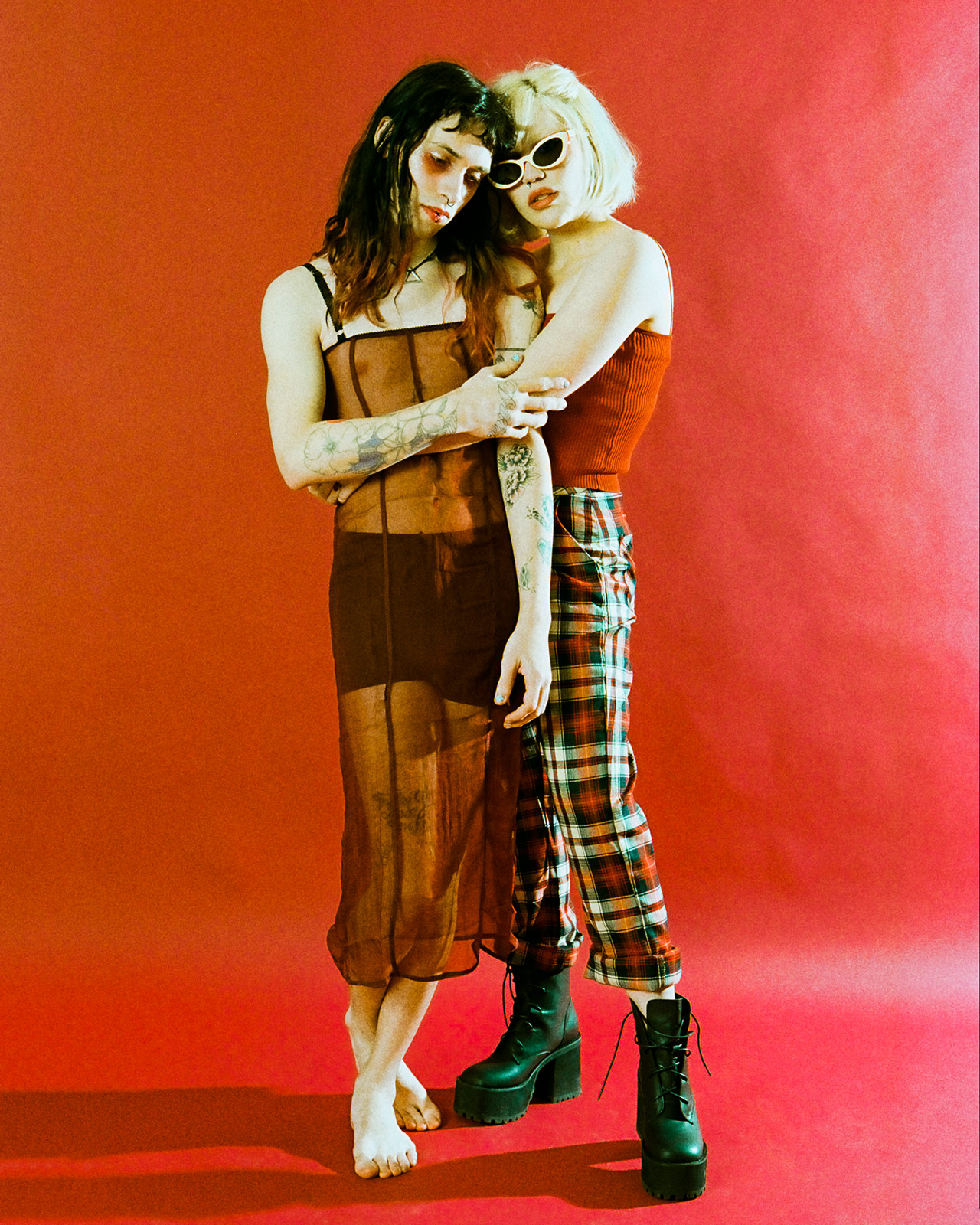 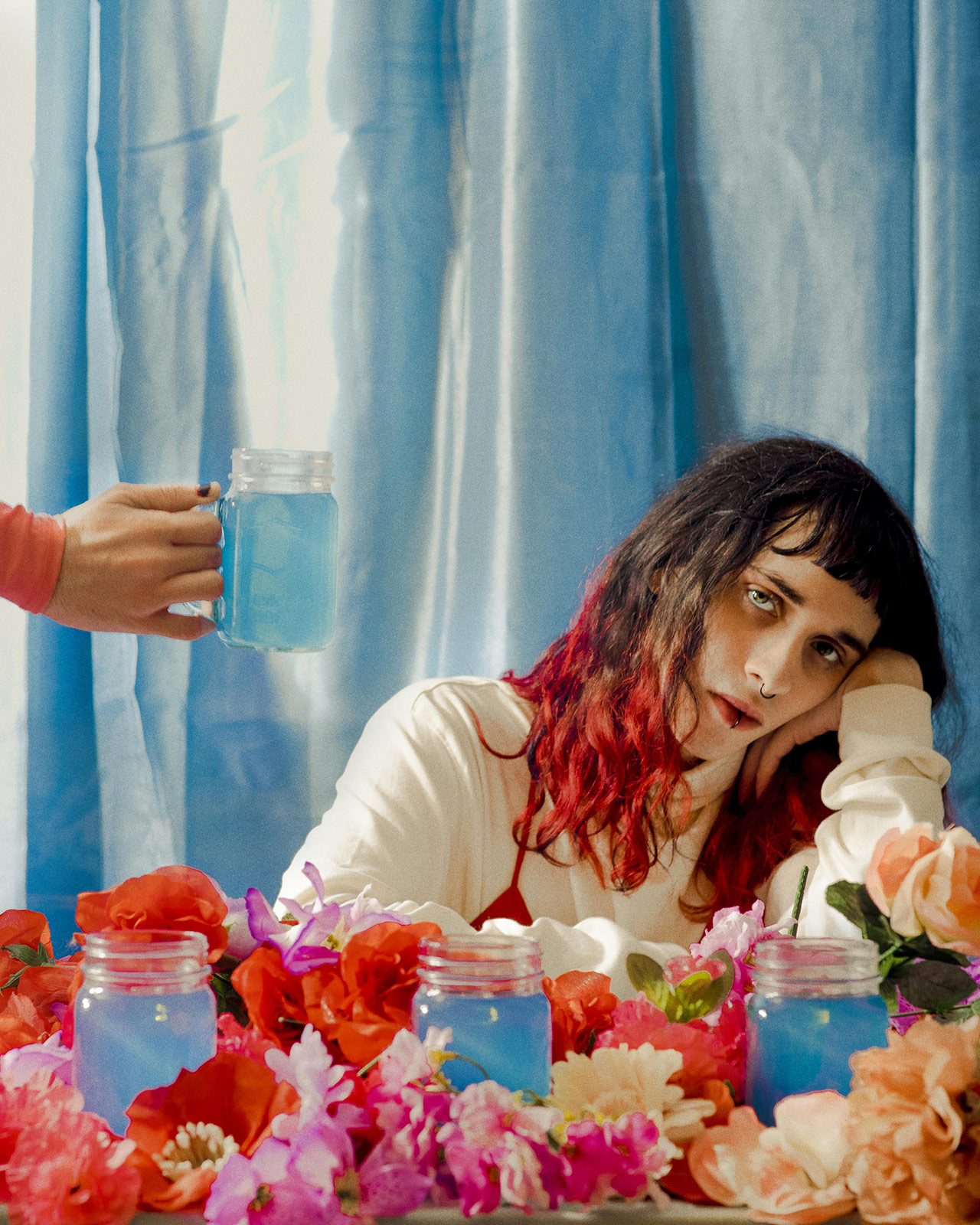 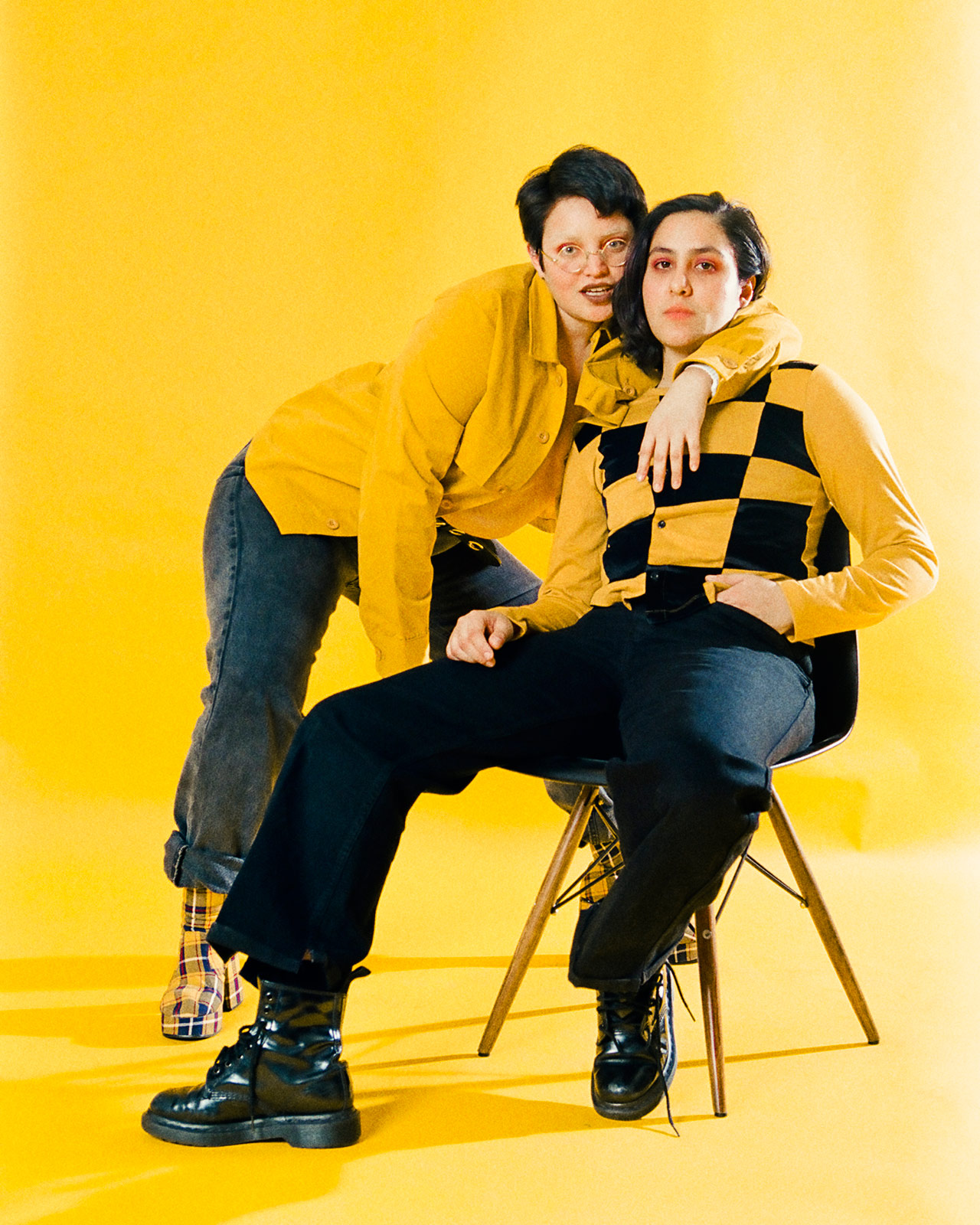