Fiction as a fact 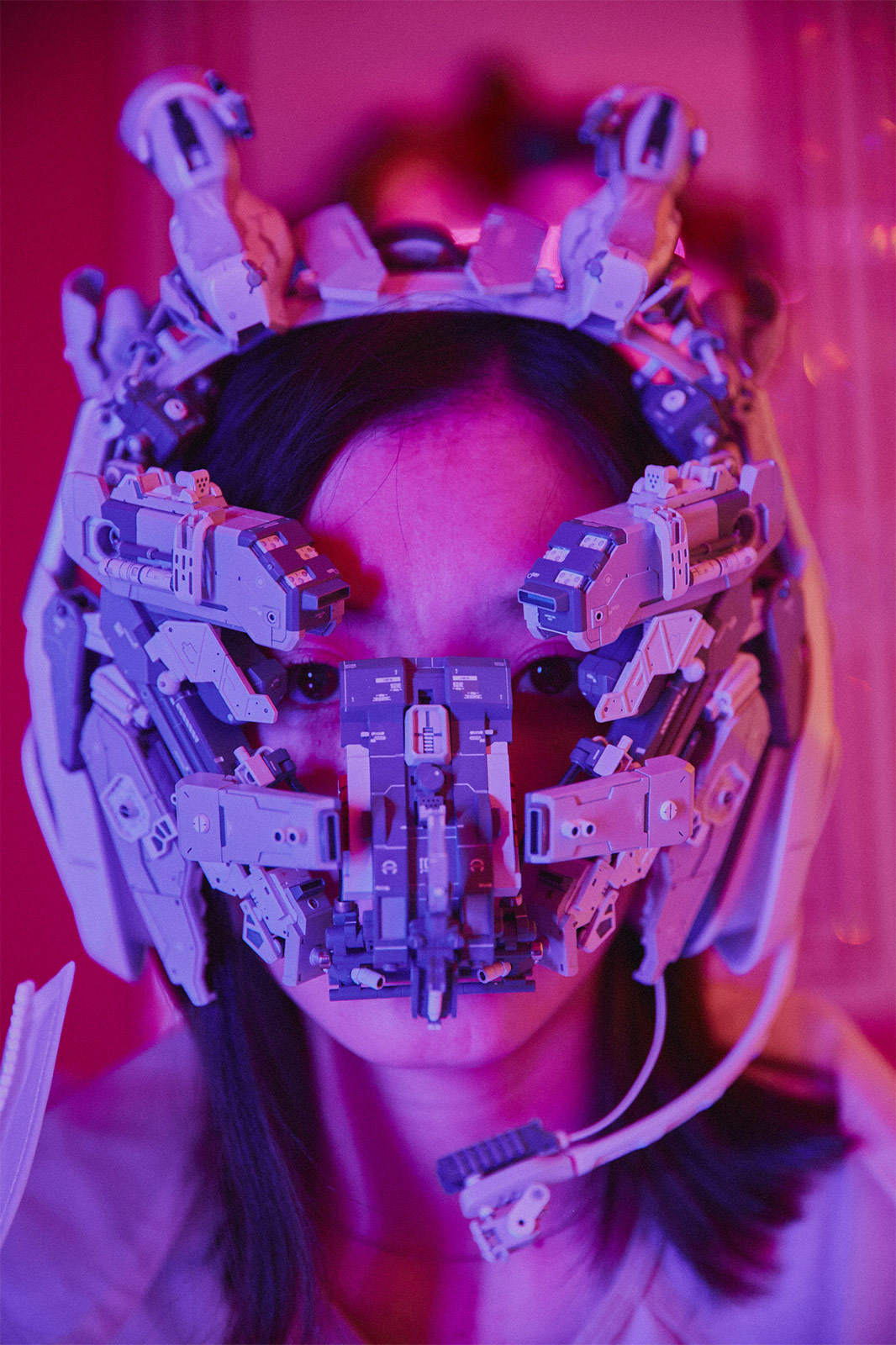 Hiroto Ikeuchi creates the dystopian-esque resemblance version of the ever-so-familiar air pods or the masks we have undeniably become accustomed to. Ikeuchi is a Japanese artist, designer and modeller based in Tokyo and he is globally renowned for his high-tech futuristic designs, modern accessories and robotic figures that shake our rudimentary grasp of electronic or computerised gadgets.
Inspired by anime robots, the cyberpunk era, and the craft behind technological engineering, he gleams as he recalls a childhood memory. “I always compared the inside of computers,” he says, excited, “to some sort of secret base, wondering what the purpose was for all the components and fixings.” He makes sure every piece of an integrated circuit can be salvaged in the name of science and art.

From broken motherboards, plastic to electrical wiring intricately moulded together to establish a cyberpunk apocalyptic aesthetic, he amplifies and investigates the connection and relationship between humans and technology. He delves into the world of transhumanism as a spiritual transcendence and the future of humanity in augmented bodies. Not only are his dioramas kicking the cyberpunk genre into even high gear, but they are also made to function. His models raise important questions, albeit fascinating to examine; they also operate and serve as a practical contraption for everyday use.

Ikeuchi studied Art Science at Tama University, where he was taught to judge the value of design, explore the art of Biomedia and the infinite possibilities these bring to us. These futuristic designs, and I guess what you could call cyberpunk fashion, also paint a candid picture of our world. Commenting on the era of surveillance as well as online and offline privacy, his thought-provoking work reminds us that the future is only as sombre as we make it. 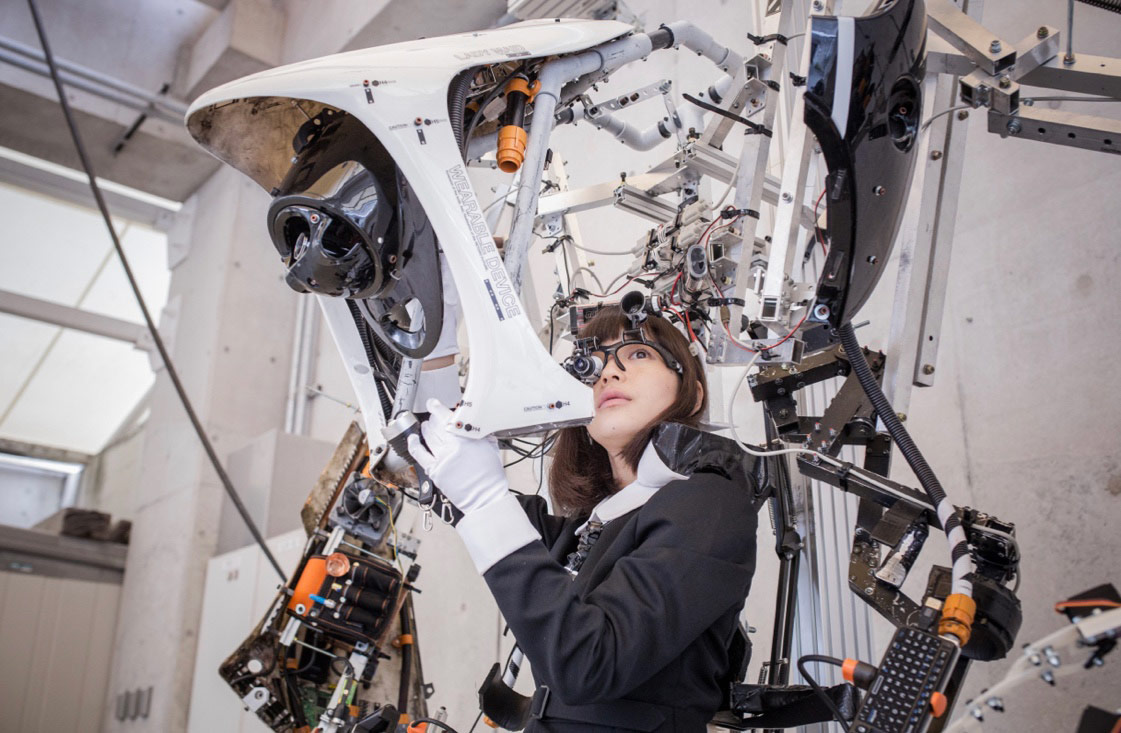 Hi Hiroto! Could you describe what your dioramas entail for those who don’t know?
It is a function. In addition to that, each diorama also has a story.
Cyberpunk has quite a niche in Japanese culture. Why do you think this is?
Japan is in a special situation, it's an unstable country however its 'economic miracle' helps it move forward. Also, this may be the result of stimulating Orientalism, which has been going on since the time of Marco Polo.
Growing up you were enchanted by anime robots like Gundam and Zoids. How did these figures help you become the artist you are today?
I learned from anime the context and stylistic beauty that otaku (Japanese geeks) share outside the language, such as templates and common situations in robot anime. What kind of balance should be used when creating a work to increase tension etc.
Your cyberpunk gadgets explore the relationship between humans and technology. What attracted you to this duality at first?
This interest of mine started with Bluetooth, once I realised every gadget could become wireless. The first wearable piece I made was Bluetooth headphones.
Through the creation of your models, the word Transhumanism comes back often. Transhumanism is the idea that humans should transcend their current natural state and limitations through the use of technology. How do you see your models and the technology it involves, helps the current state of humans?
Nietzsche says in Zaratustra that "human beings should be surpassed," but this is about a spiritual transcendence, and even if I enhance the appearance of already existing technology, it is a short-term desire. It's just entertainment to meet. I don't think it's useful for pre-superhuman humans.
Pramo comes from the abbreviation Plastic Models which is a material you use often to construct your simulations. Why is this a preferred material you use?
Since the plastic model was a familiar material to me, I find it quite natural to use it. 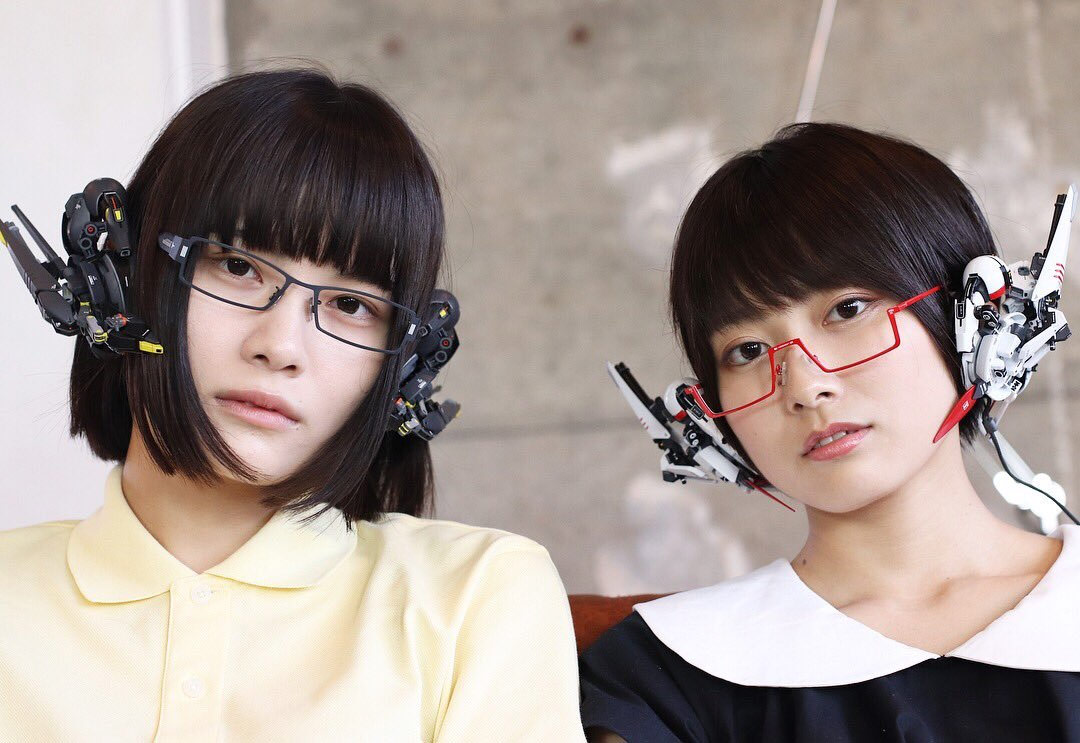 From motherboards, plastic circuits and electric wiring. What are some of your favourite resources to use and why?
The products from the eighties and nineties or even the most modern products are my favourites. The former has a great silhouette and the latter has great software. Both clearly represent science-fiction-like fiction as a fact.
A while back you collaborated with Skeletonics in which you created a full-scale robotic exo-skeleton from scratch. How does one start to conduct such a massive project?
The project started with a personal friendship with Skeletonics. If you have share worldviews with someone, something will eventually happen spontaneously.
Japanese manga artist, screenwriter and film directors like Shirō Masamune and Otomo Katsuhiro are some of your fundamental inspirations. They both delve into the world of science-fiction and anime. What’s the question here?
I was influenced by the works that were influenced by their works, so I learned about the works of Masamune Shiro and Katsuhiko Otomo after I was over 20 years old. Hogan, Eagan, Clark, Gibson, Heinlein, Tiptree, Dick... I like them all. And, of course, modern science fiction writers like Ted Chiang and Ryu Jikin. Right now, I've just watched Evangelion's latest work, so the content has a strong influence on me.
Today, the element of privacy is unquestionably skewed. The mass surveillance era as they call it. Your work is an artistic commentary of the digital age, the violation and invasion of privacy we experience on a daily basis. But I sense this juxtaposition in your work since your dioramas are extremely couture and bold, like masks that shield the entire face. You can’t miss a space-age ultra-modern headpiece somebody is wearing. Does this juxtaposition sound familiar to you and how do you see this connection?
It was a little difficult to understand the nuance of juxtaposition, but if I think that juxtaposition exists next to each other at the same time. I think the most superficial effect of my work is visualisation. The same meaning that Snowden uncovered the surveillance society and became aware of the whereabouts of privacy is included in my diorama and headset. But it doesn't mean anything else. You can think of headsets as fashion as self-expression. It is possible to visualise the hobbies and tastes of the person wearing it. Your opinion on the 'visualisation of surveillance society' is interesting, but I find the effect of visualisation from a meta-view perspective more interesting.
Not only is your work fascinating to look at, but it also has some functional elements. From earphones, flash drives and virtual reality systems that not only look like they come from a futuristic cyberpunk film set but on top of that they actually work. Why was it important for you to produce models that people can you use?
I don't want to make a fake. In other words, I want it to be genuine. I feel that this century is an era in which the fiction of the last century can be transformed into facts. This can be good or bad. A good example of this is that SpaceX can create a real spacesuit that was only seen in movies by appointing a science fiction costume designer for its creation.
What I love is that your work reminds us that the future is only as bleak as our response. Which I think is a huge takeaway for many people. How would you like the future to look like?
In the first place, I like the works of existentialists such as Sartre and Kafka, so I have little hope for hope. Probably, no matter what I want to do with the future, it will not be the case, so I hope that the future will have salvation in any form as a result of continuing to accumulate the best answers. 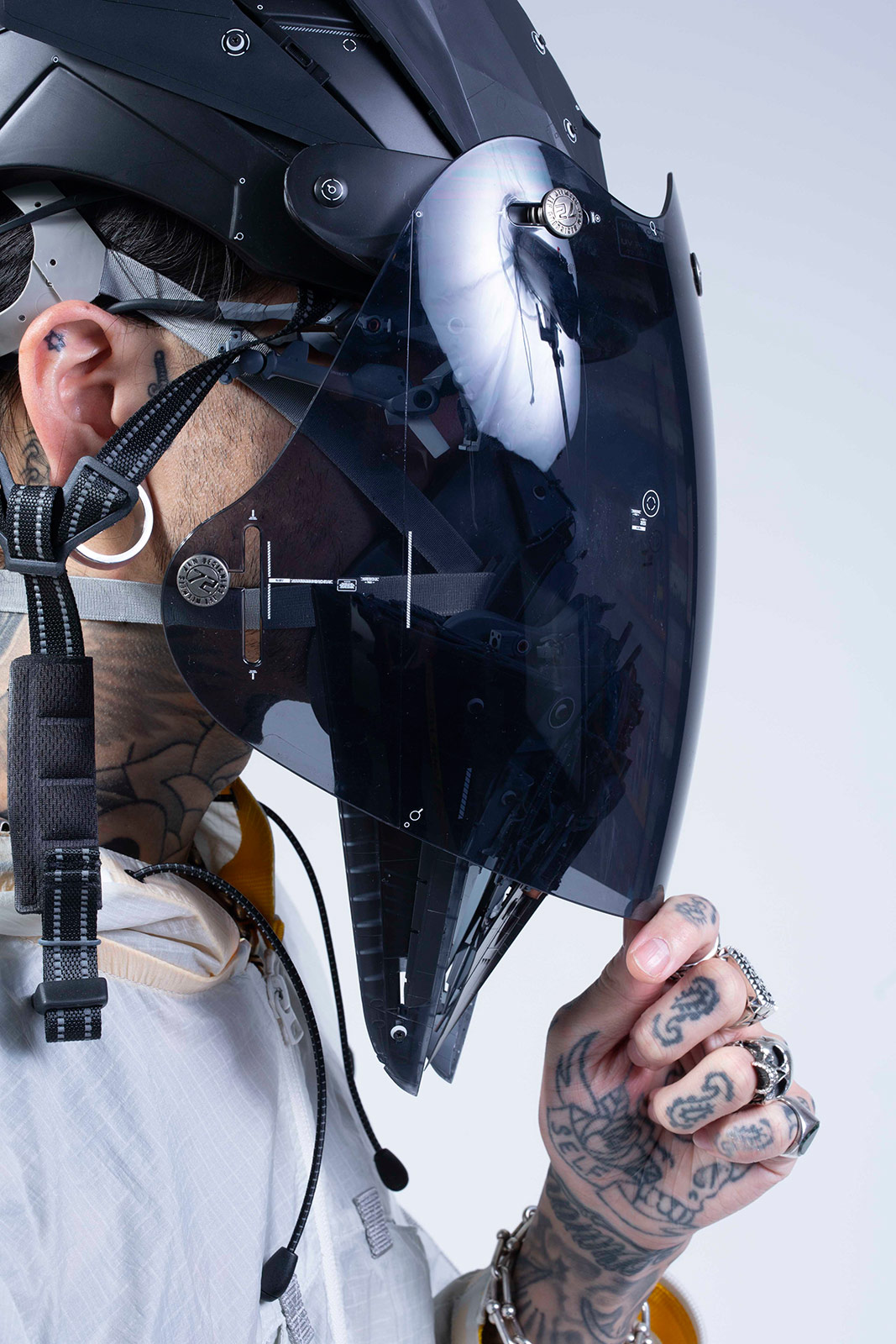 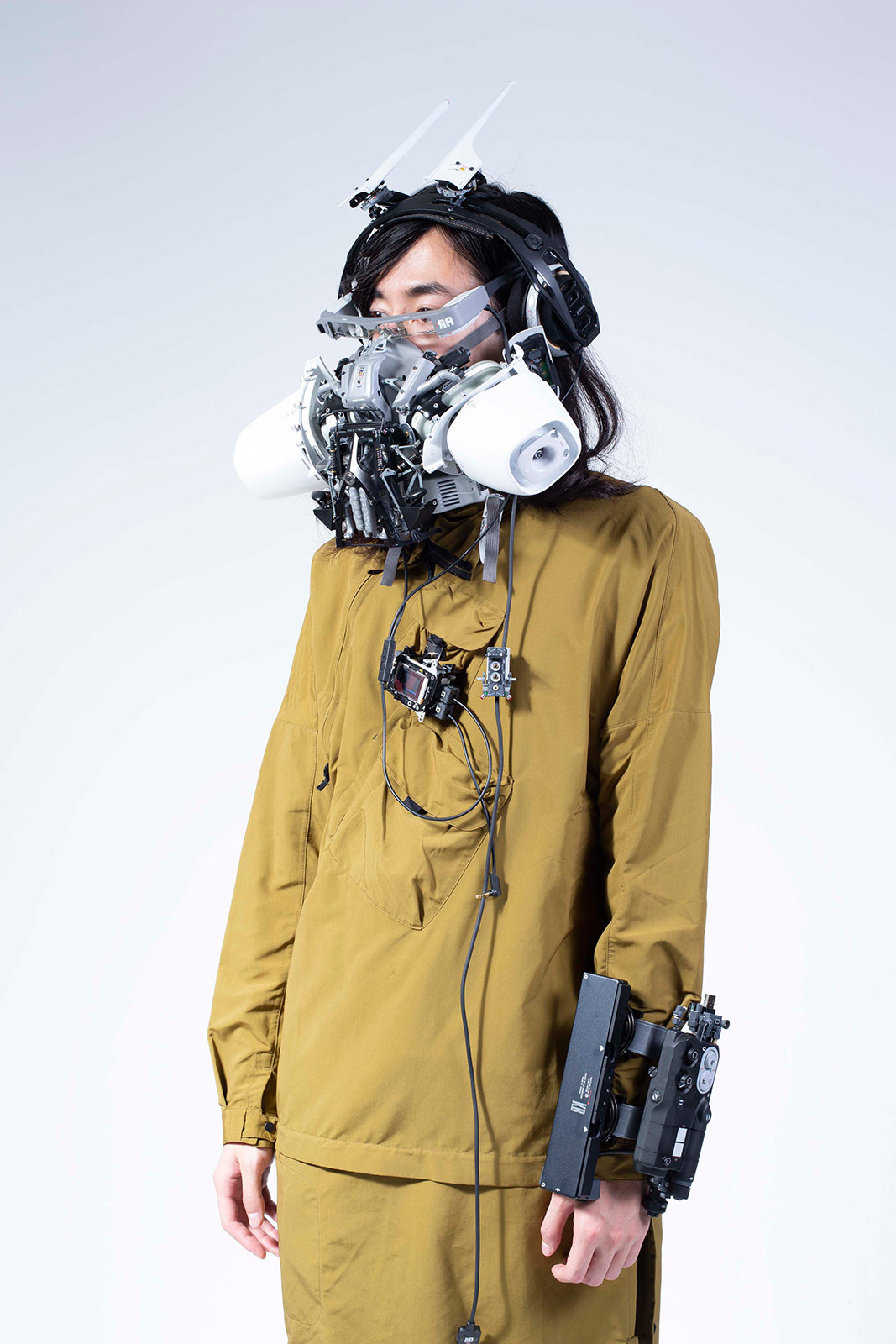 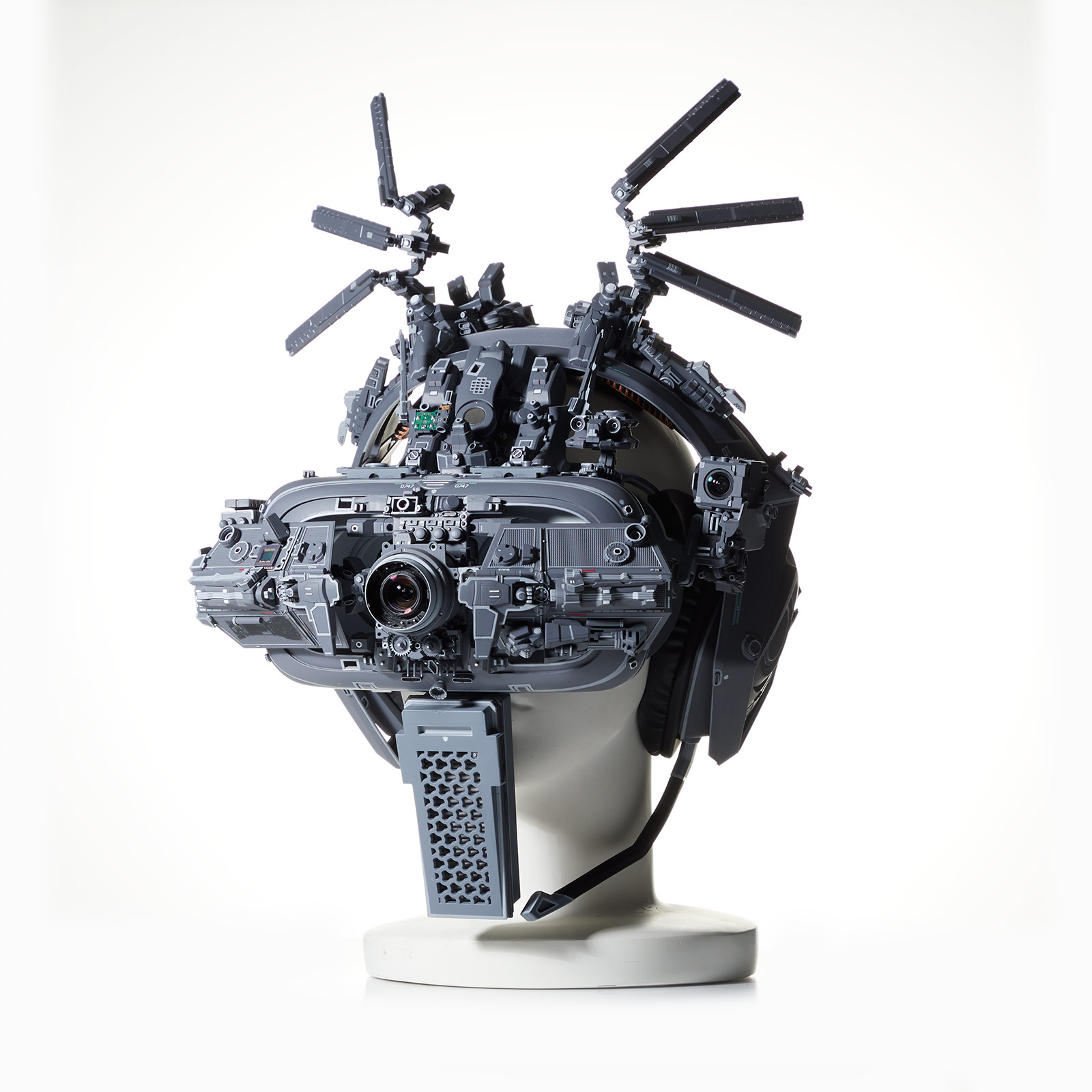 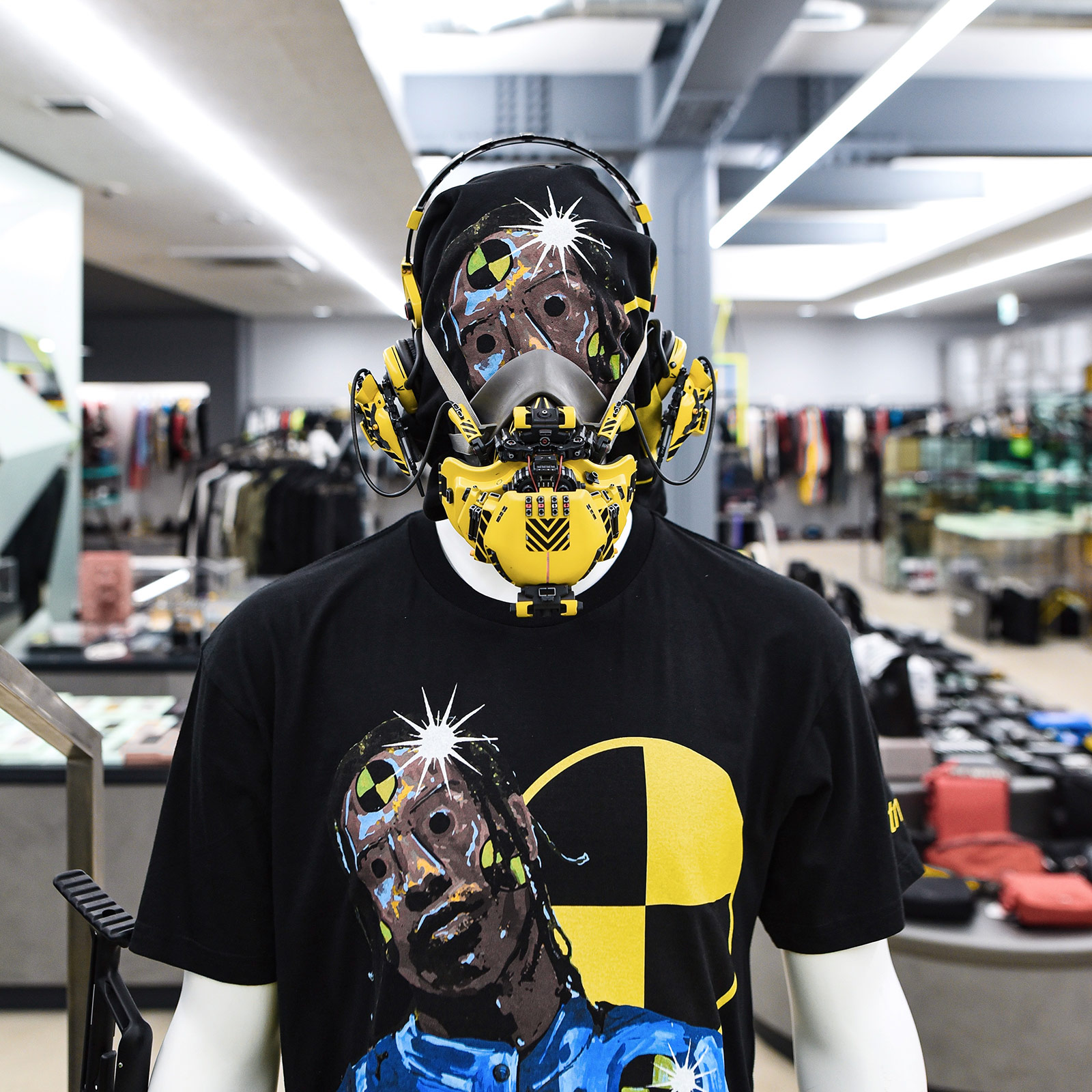 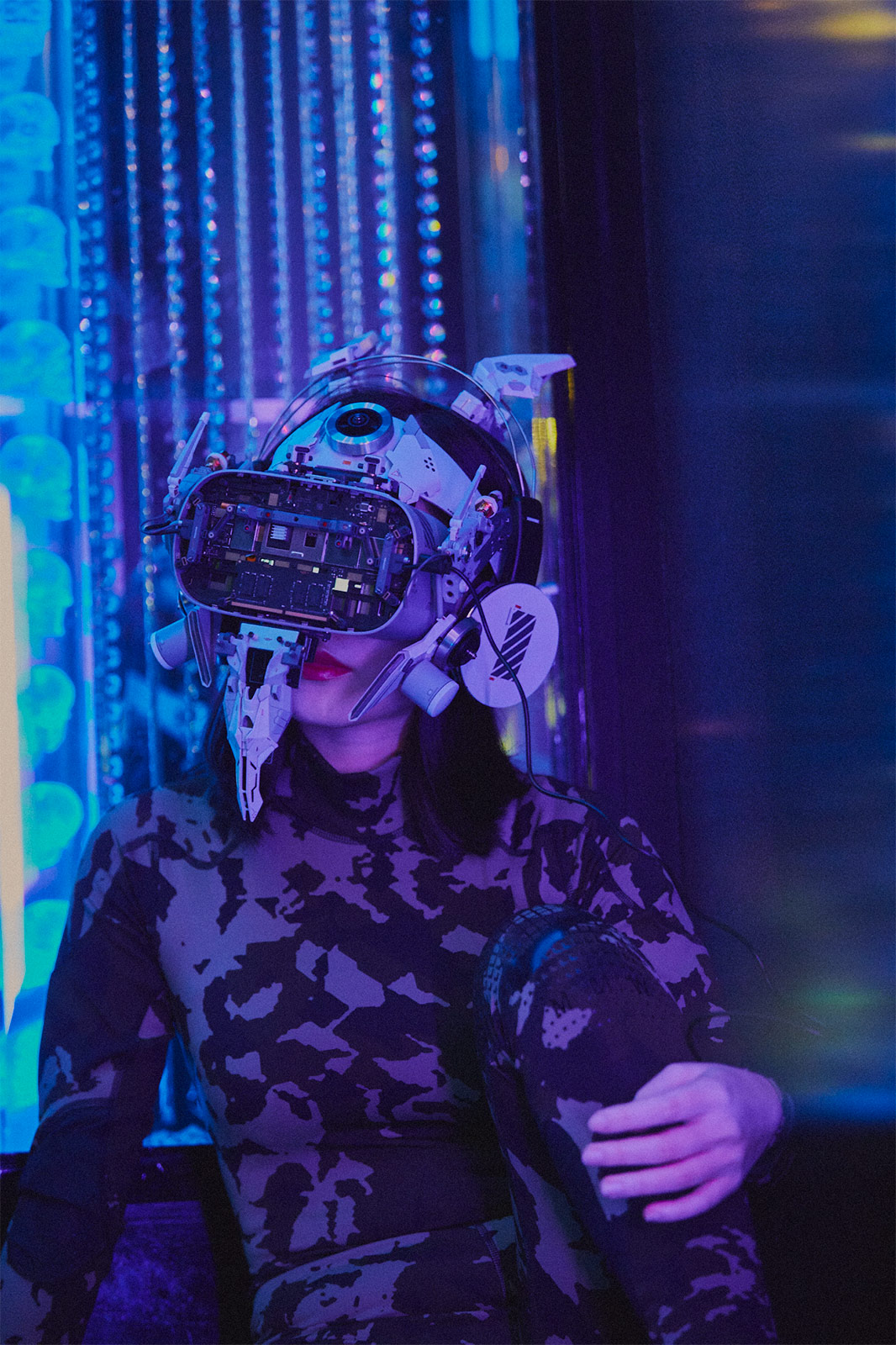 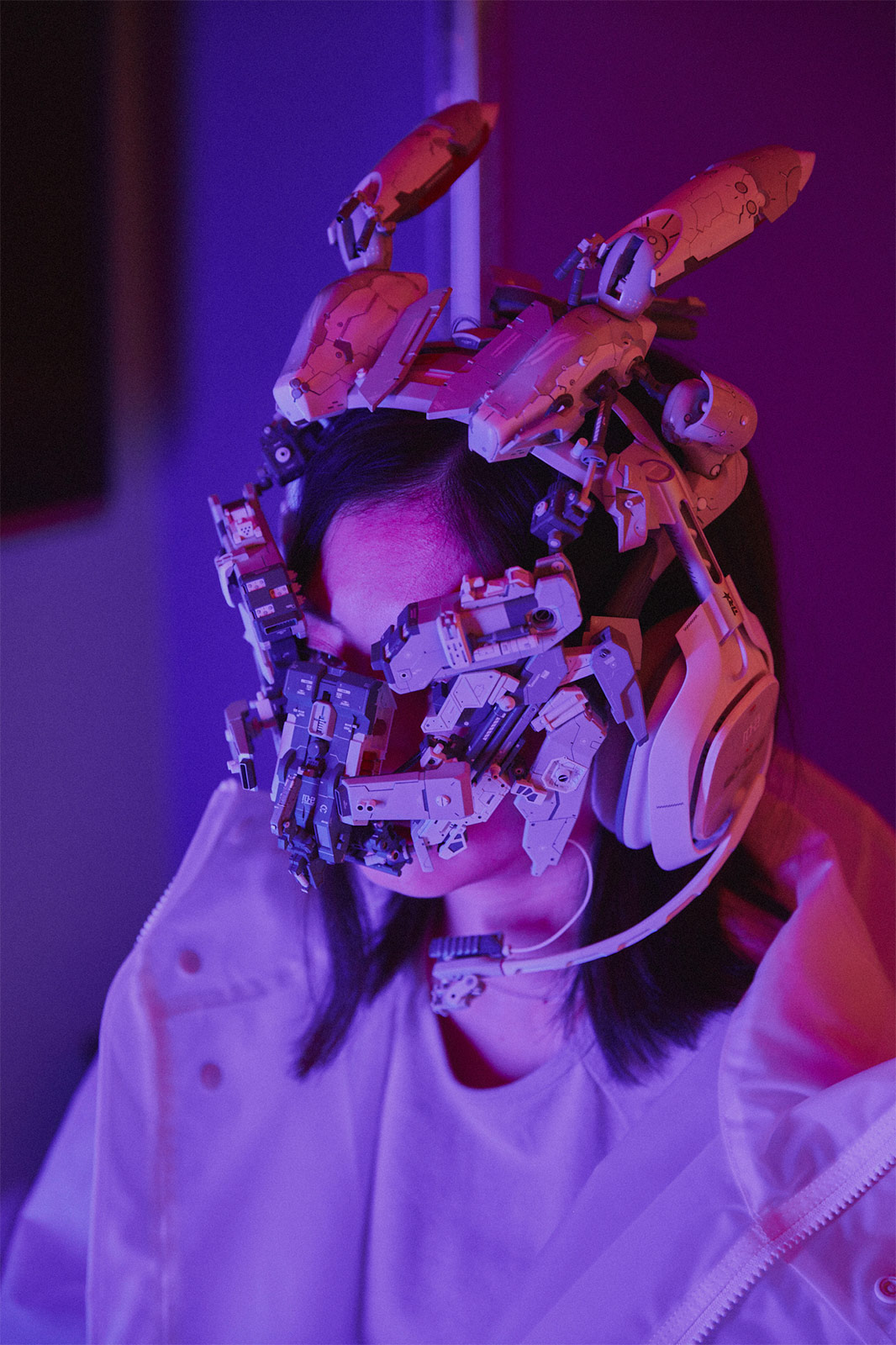