Between design and music 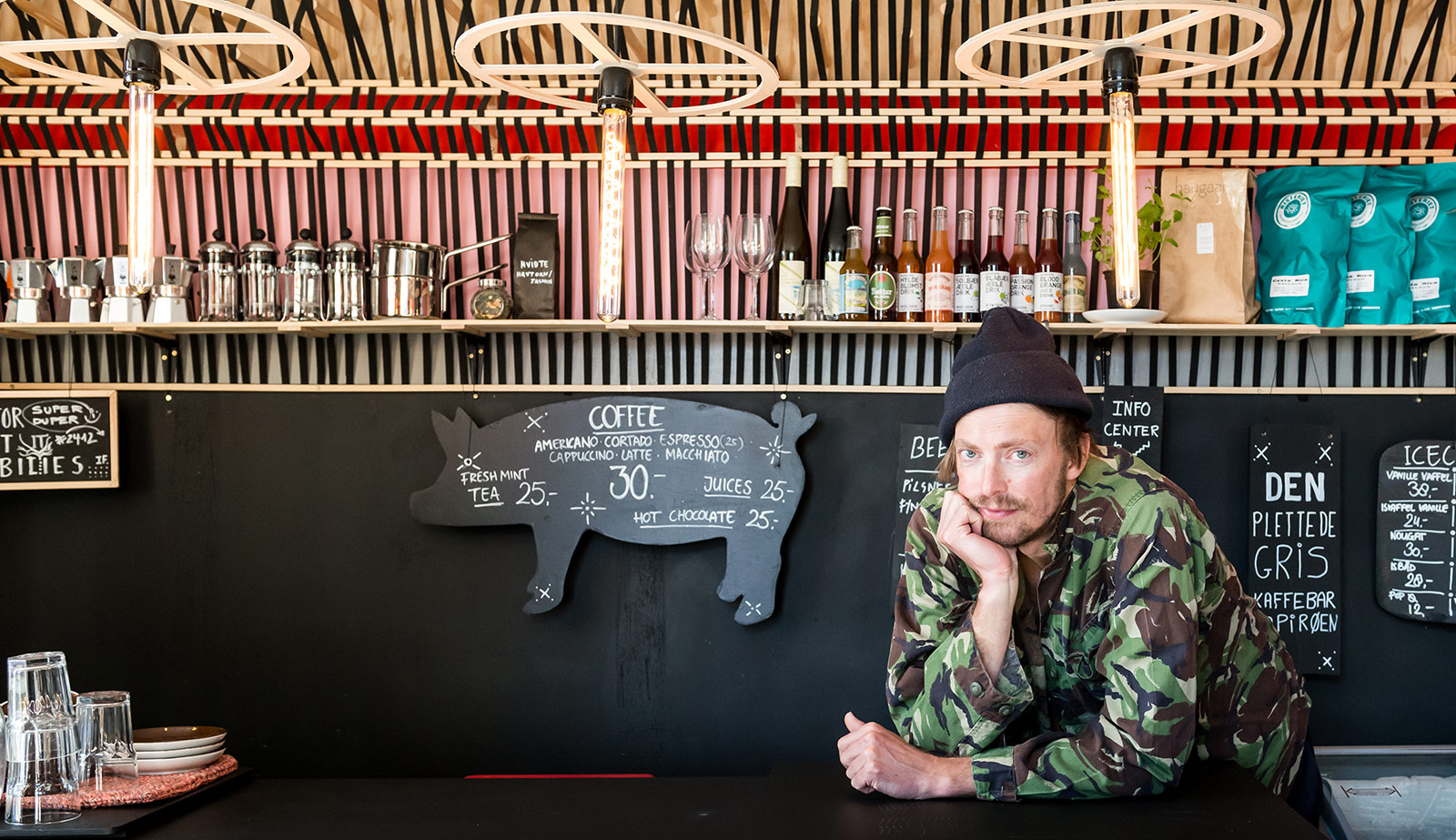 Danish creative Henrik Vibskov, well-known for his distinctive off-beam designs, is also equally comfortable on stage. For the 5th anniversary of his New York flagship store, Vibskov joined the Danish music band Hess is More for a musical performance at China Chalet. 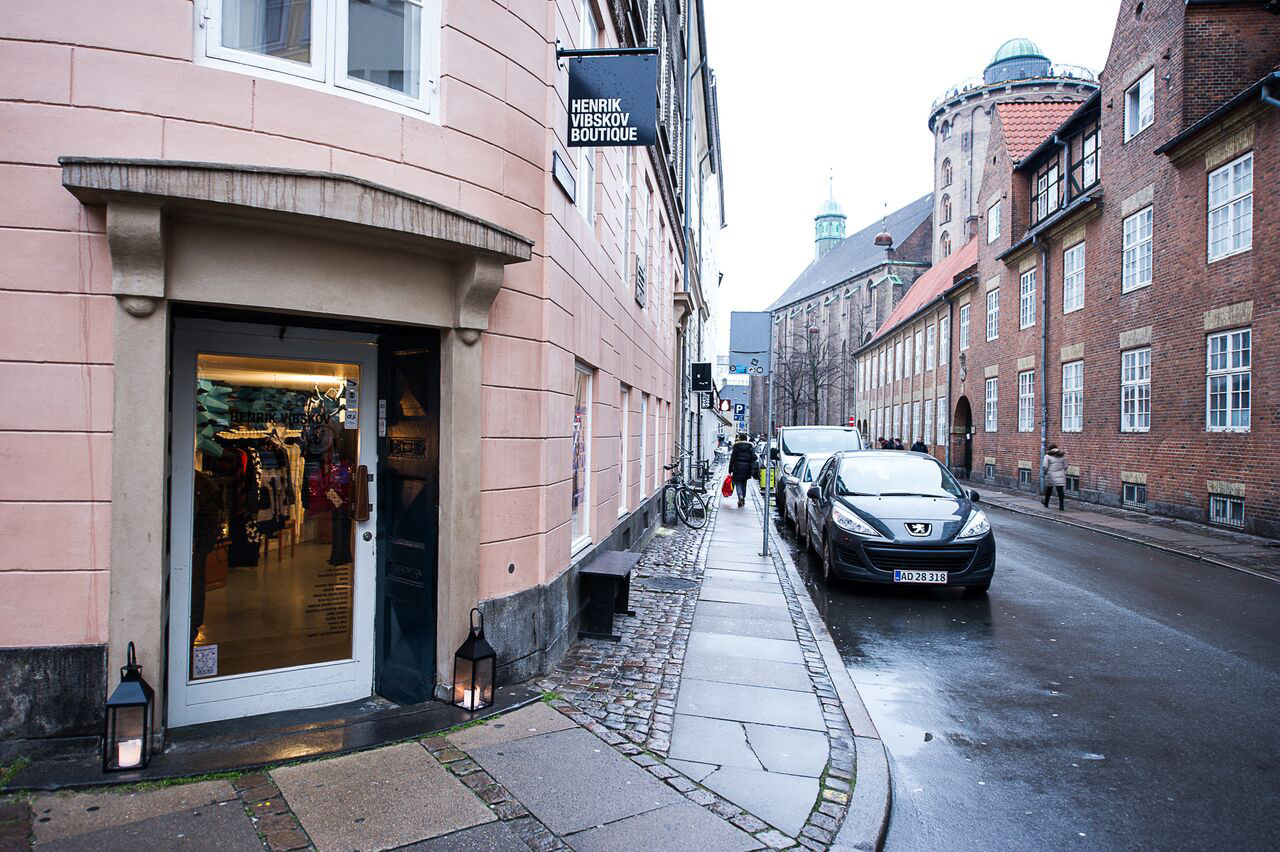 How the idea of performing with a music band Hess is More came up?
Mikkel Hess is an old friend of mine. We were thinking about doing something together. First, we thought “they can come and play” and then I decided to join them.
I know you are also a drum player.
Yes, I’ve been playing drums for 34 years. It’s kind of a relief for me, I guess.
What are the advantages of growing up creatively in Denmark?
We're on the outside of everything, and we're a small group of countries. Looking from a distance it allows you to focus on your own thing. 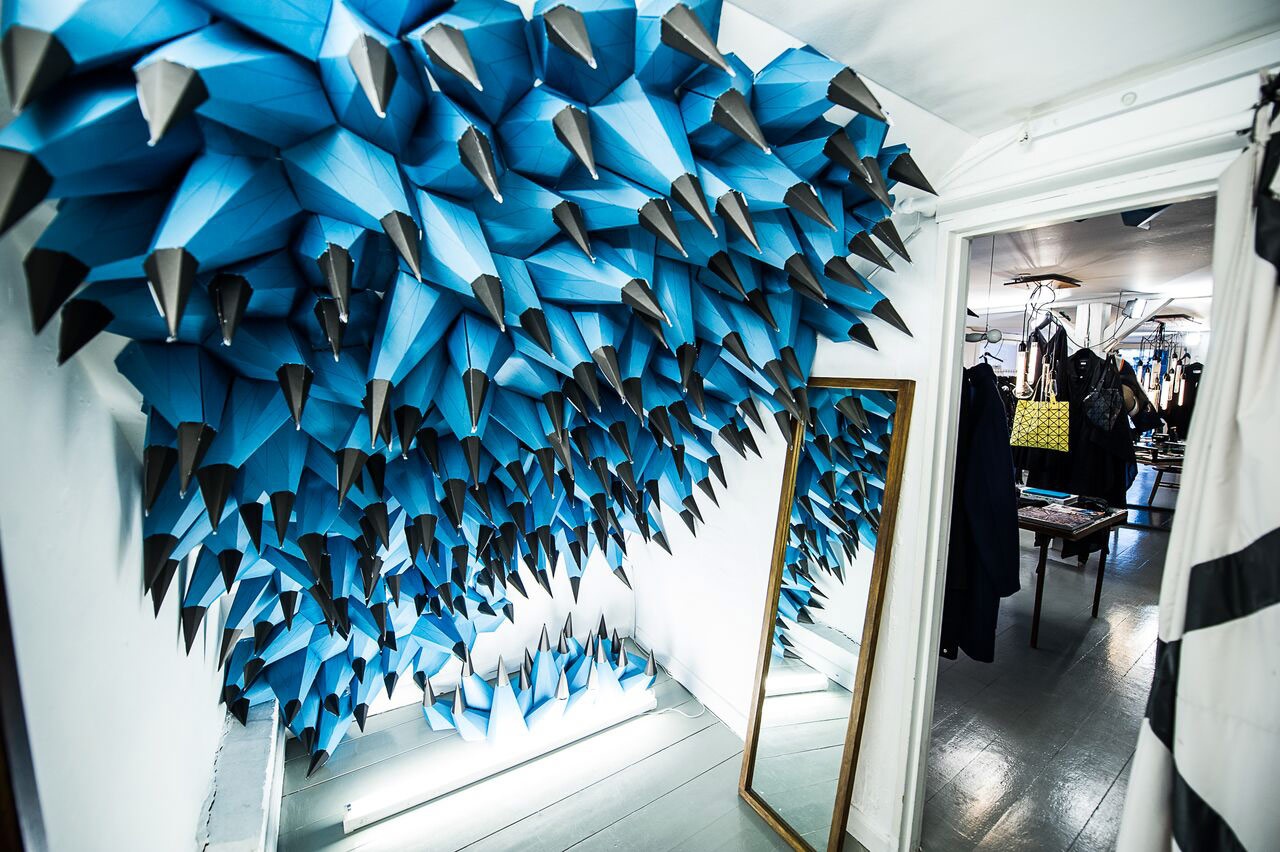 Your label always had the feeling of isolation. It’s kind of following its own rules.
I’m following the news and shows during fashion weeks, but at the same time there’s something inside of me that tries to work against it. That has been my drive force from the beginning. I’ve always tried to do things in a different way. Everybody thinks they are so independent, listens to underground independent music, but when you sum it up, it’s quite a lot of people listening to the same thing. When you think about it, you begin to realize that maybe you are not that special. From a bigger perspective, we all live our lives in a similar way, we all follow the same things. According to our social circle, we look like each other and listen to the similar music, maybe without even realizing that.
I think that by dressing a certain way and listening to certain music we (maybe subconsciously) are trying to attract the social group we think we belong to. At the end of the day, everyone likes to think they are special and independent.
I would love to think I’m special, but I don’t know if I am. [laughs] Everything that I do is around music. I remember me with friends that were really into dark depressive music bands. We were all mostly dressed in black and were watching certain films and reading certain books. Everybody camouflaged each other. And then, suddenly we met another group that looked like us, listened to the same music and was checking out the same books. We were confused, we thought we had our own unique identity.
Scandinavian designs commonly refer to asceticism and minimalism. Your point of view is quite different. How do you see your aesthetic proposal in terms of Nordic visual culture?
It differs a little bit from the general understanding of the Nordic thing, I guess. But at the same time, I was educated aesthetically in a Scandinavian way. I work a lot with conservative pieces but color control is quite important for me. 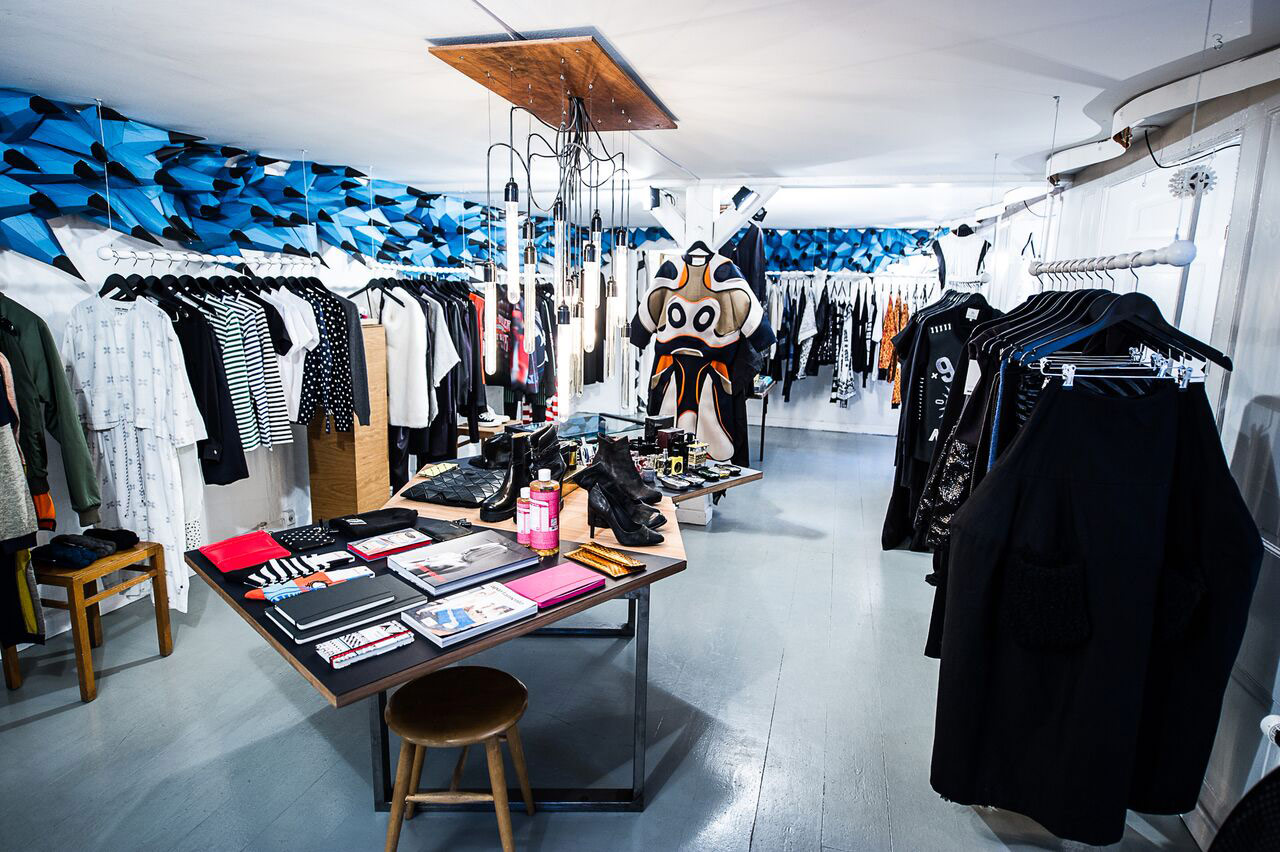 How important is irony in fashion?
It is crucial. Humor is a good way in general to get people together. Also, it’s important to find a balance between serious and humorous sides. Danish humor is more ironic and sarcastic altogether.
…like your collection titles: The Solar Donkey or The Spaghetti Handjob.
It always comes in at the last minute, when we need to send the invitations out. The title needs to describe what we’ve been working on without describing it too much. Almost like a film title.
What is your definition of modern luxury?
It can be anything that only you can recognize and other people might not see. 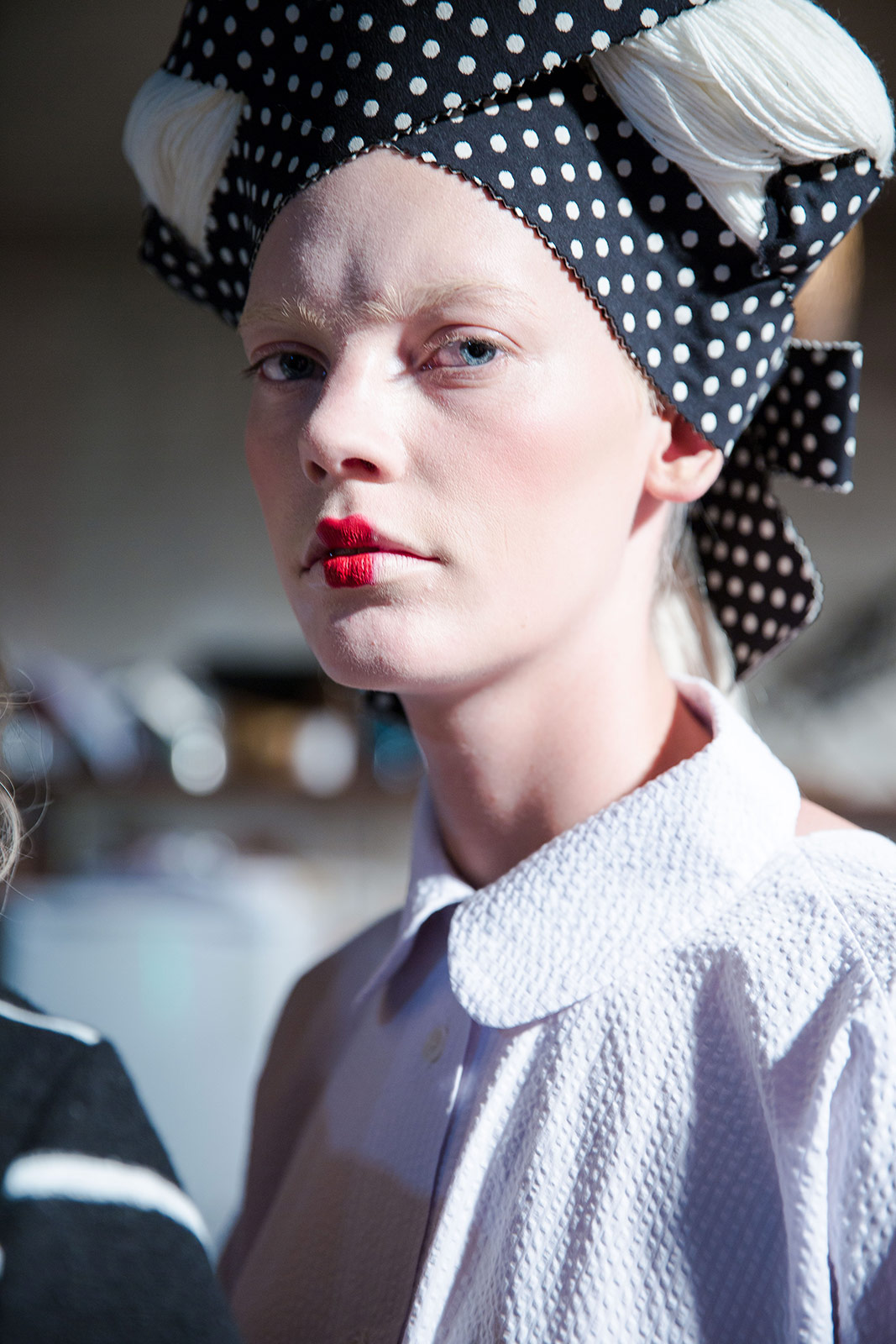 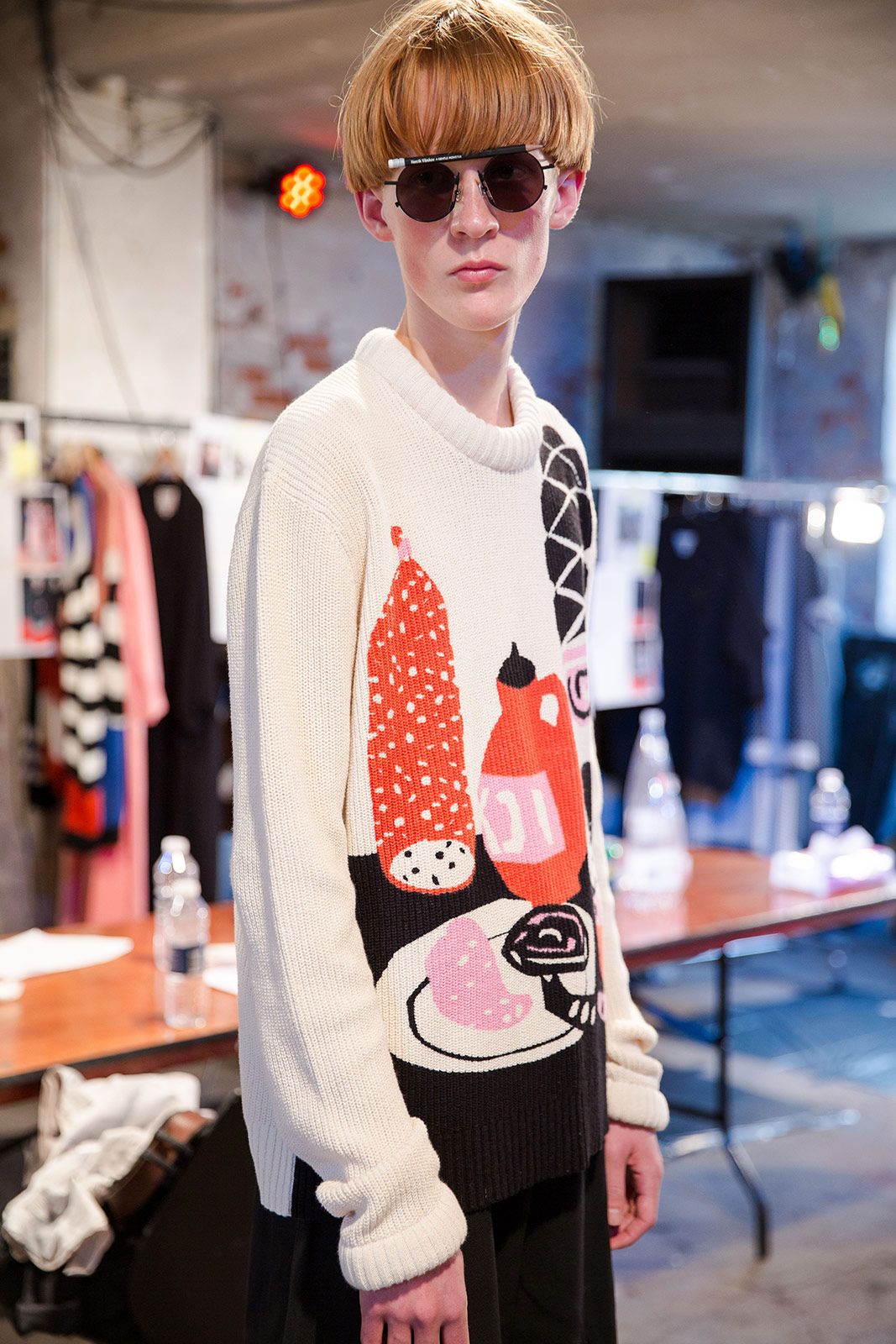 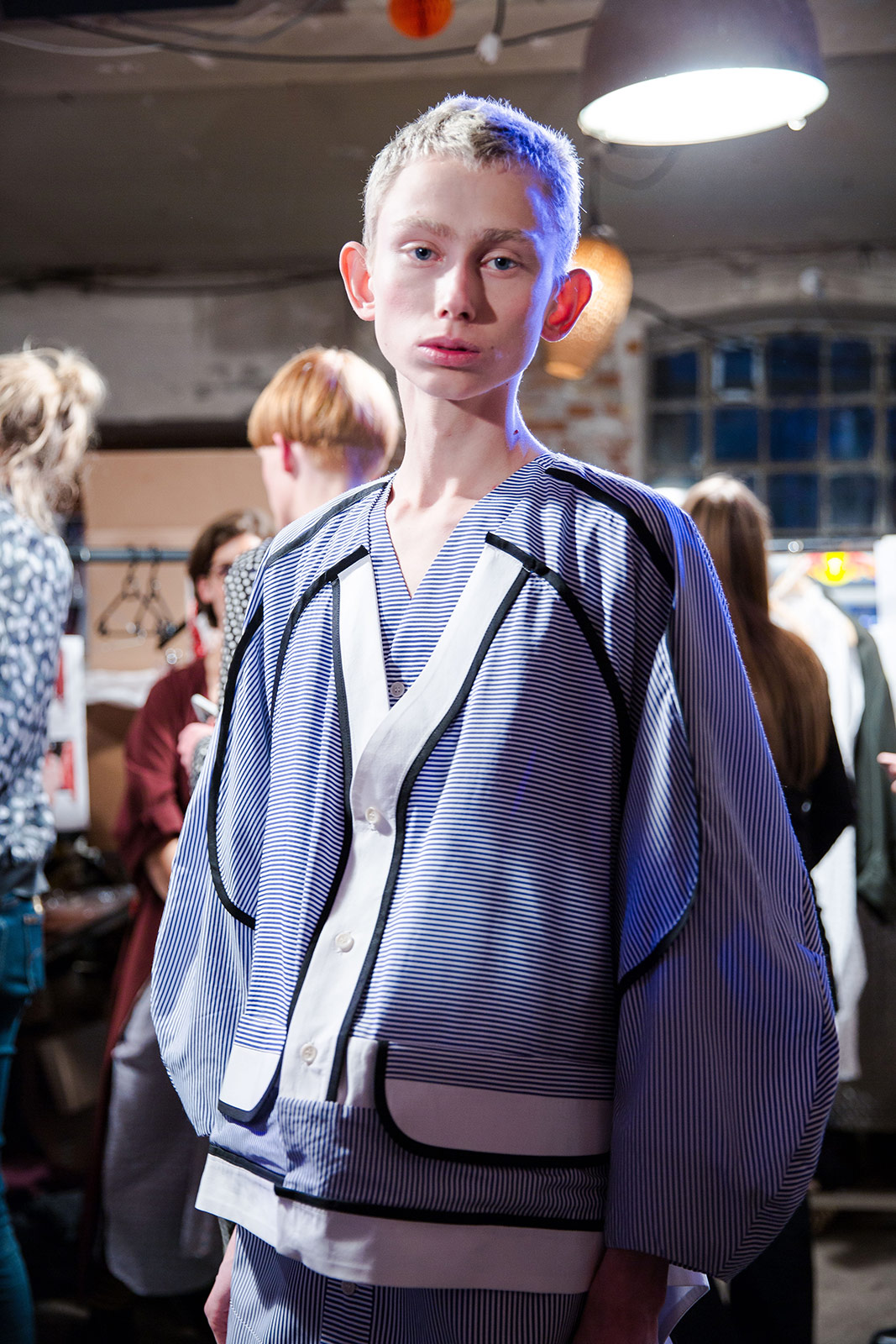 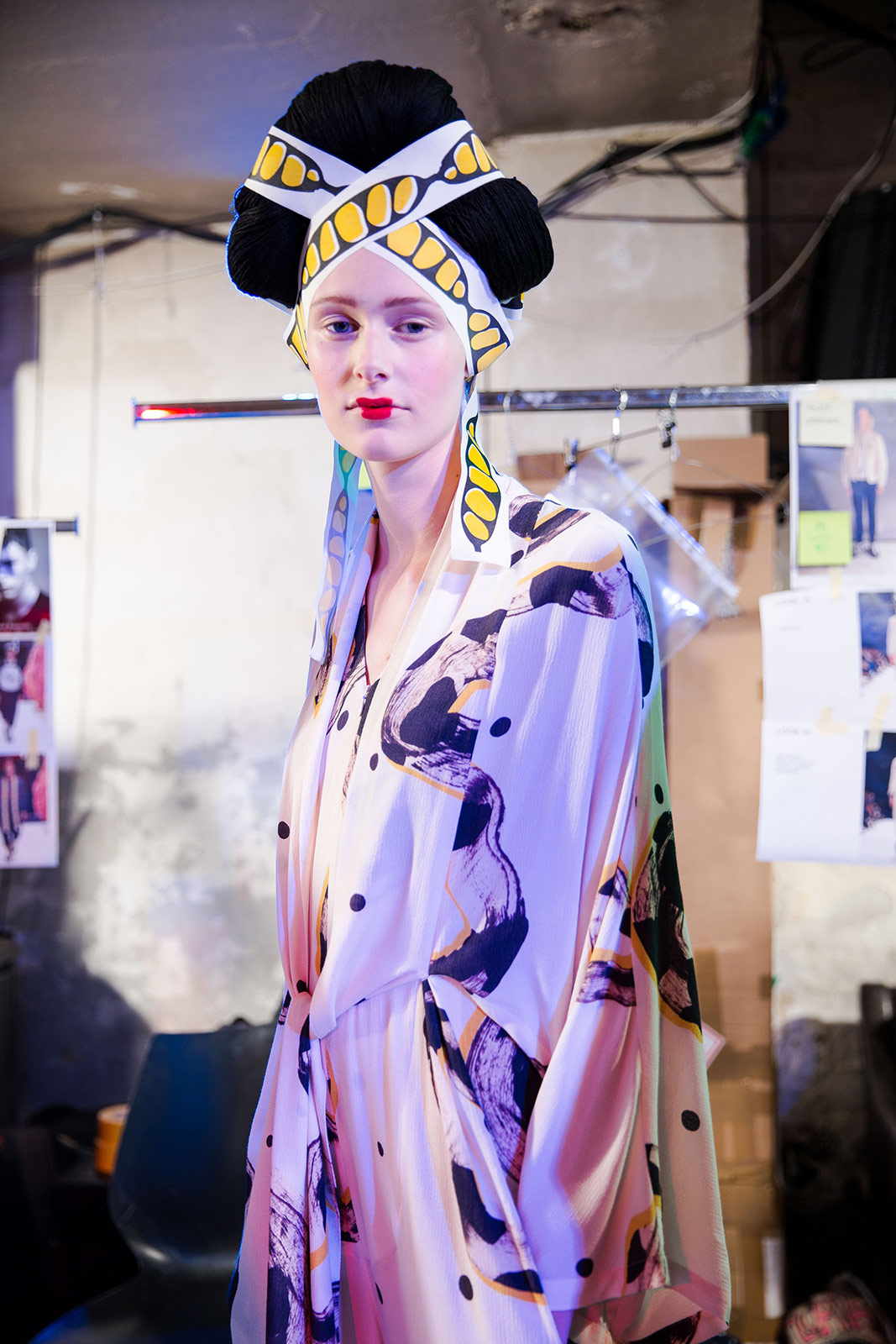 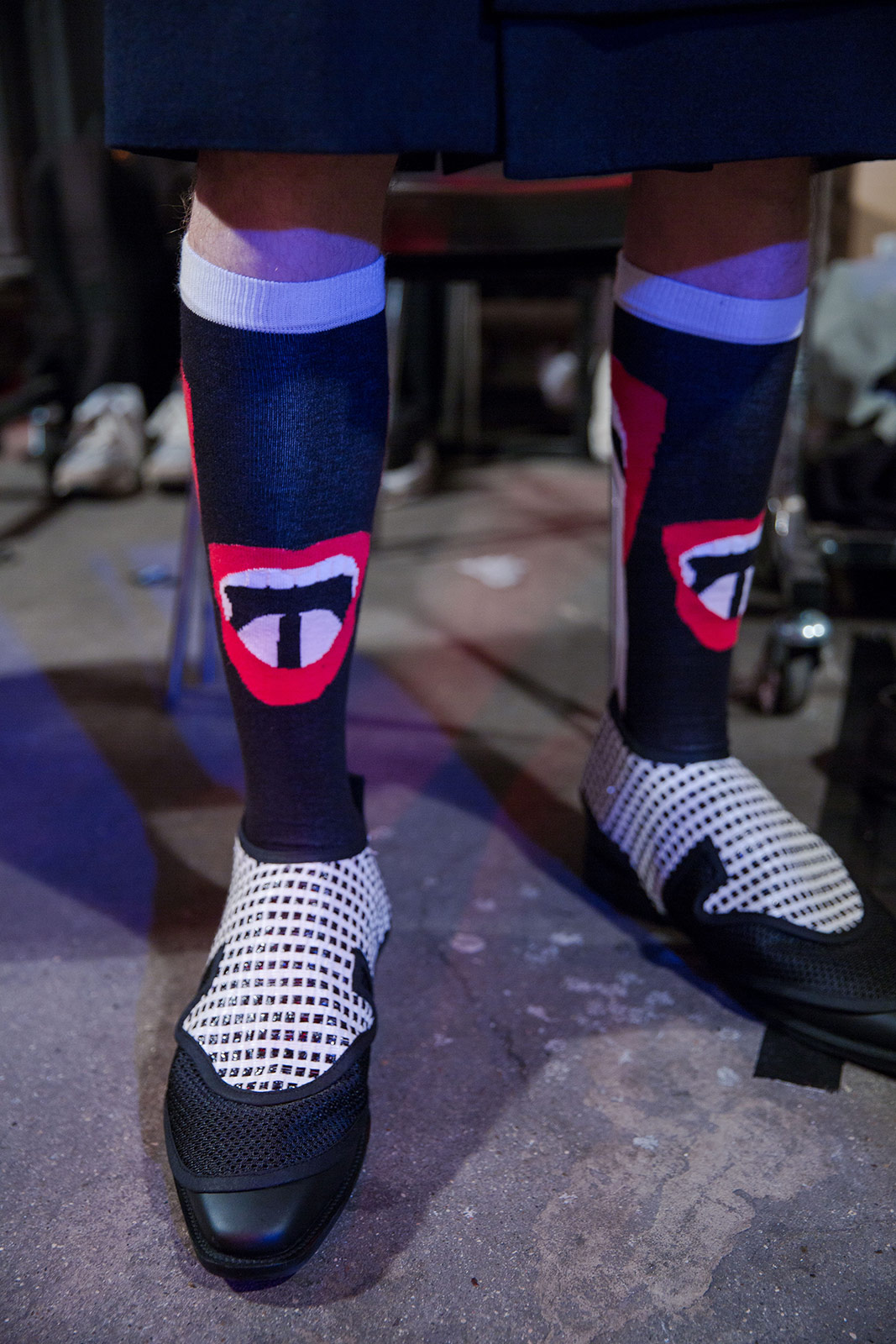 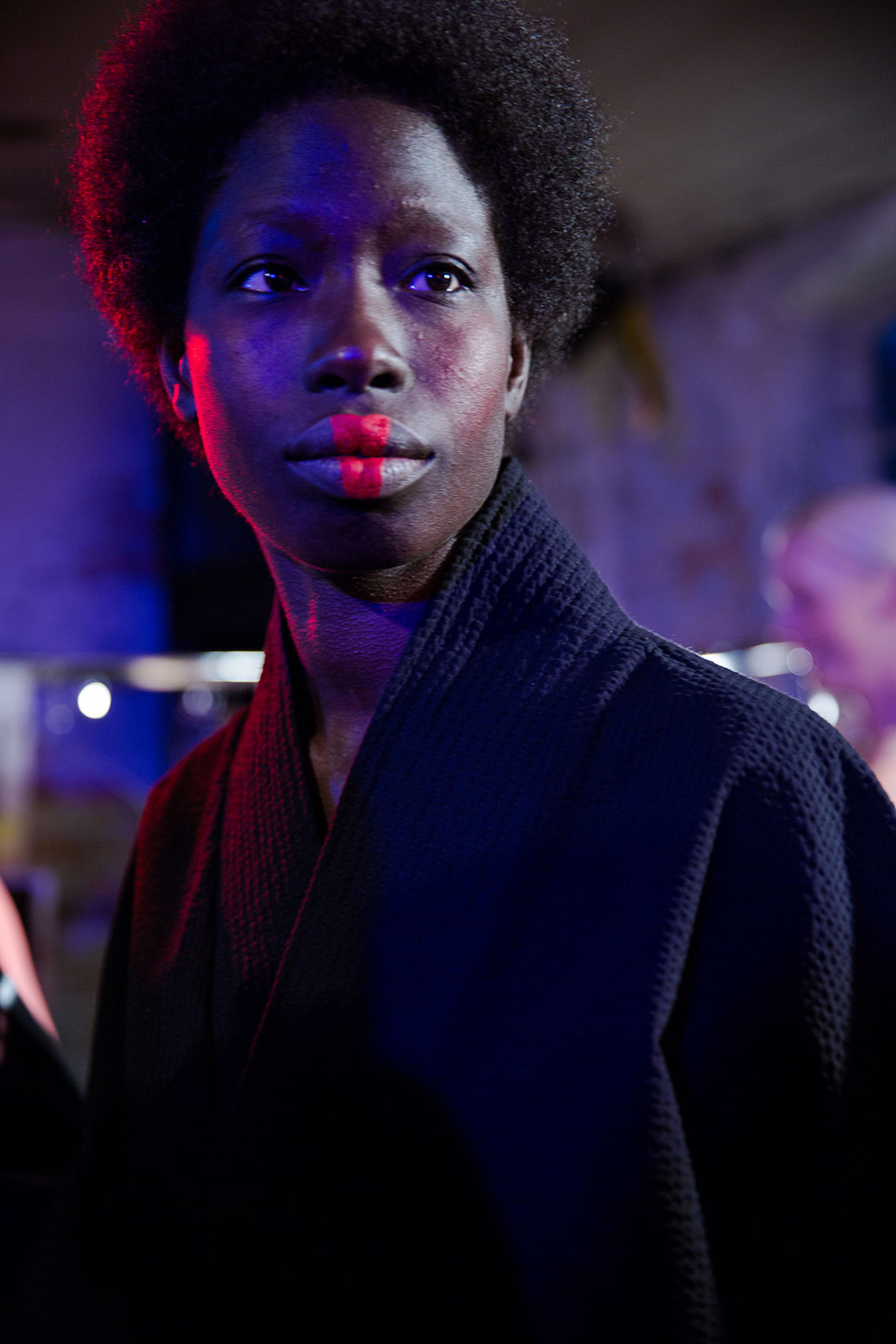 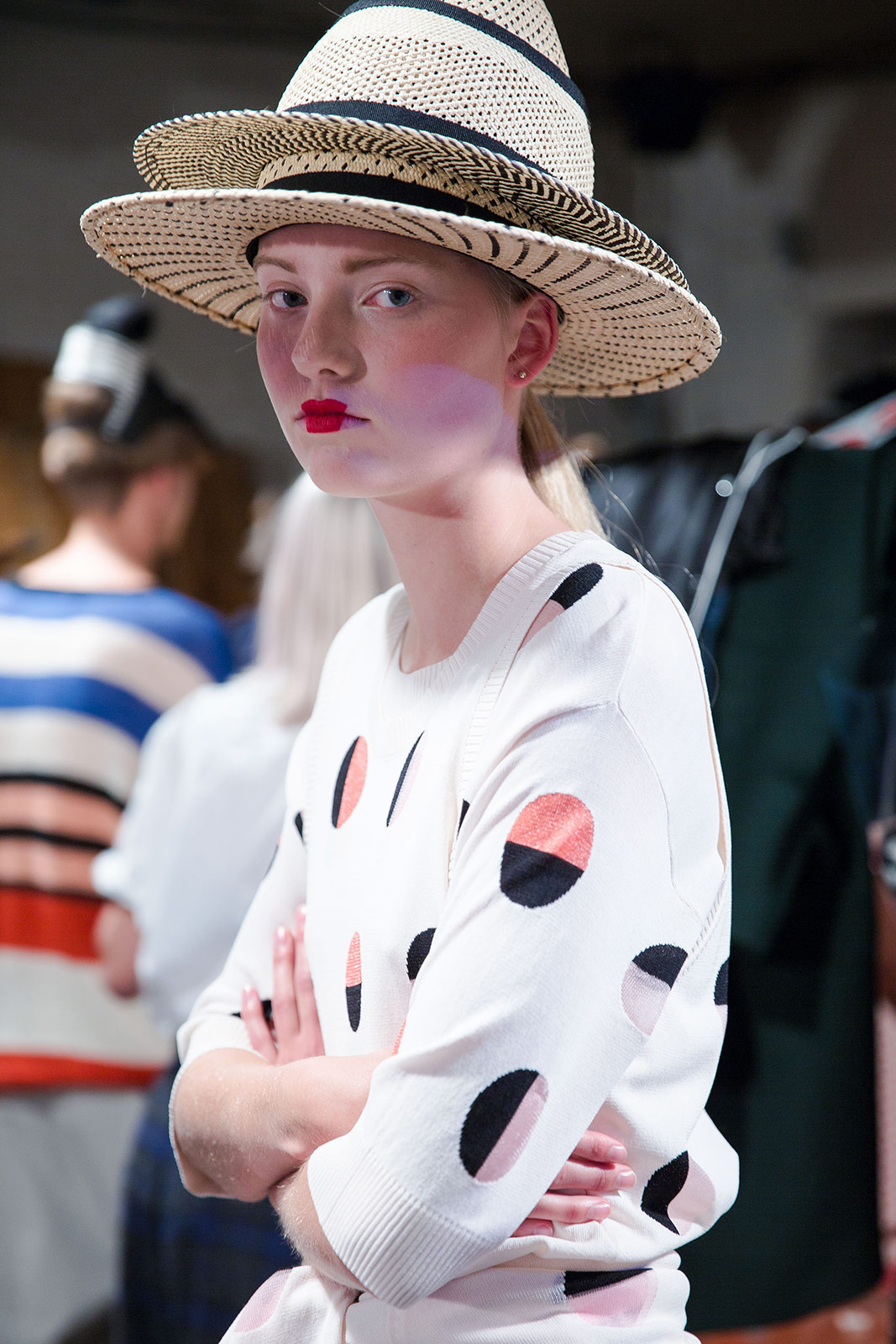 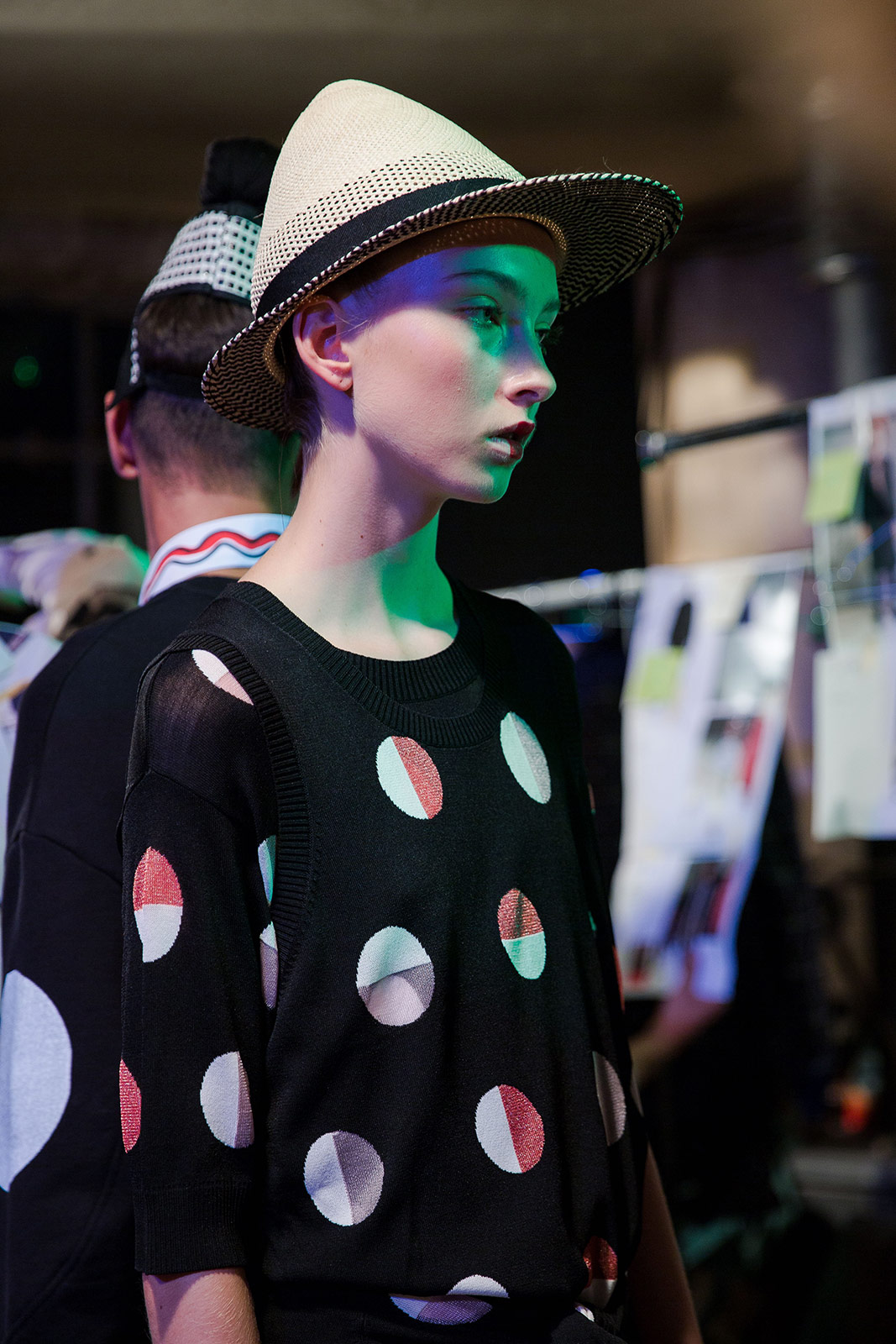