A crossmedia project by Anaïs Volpé 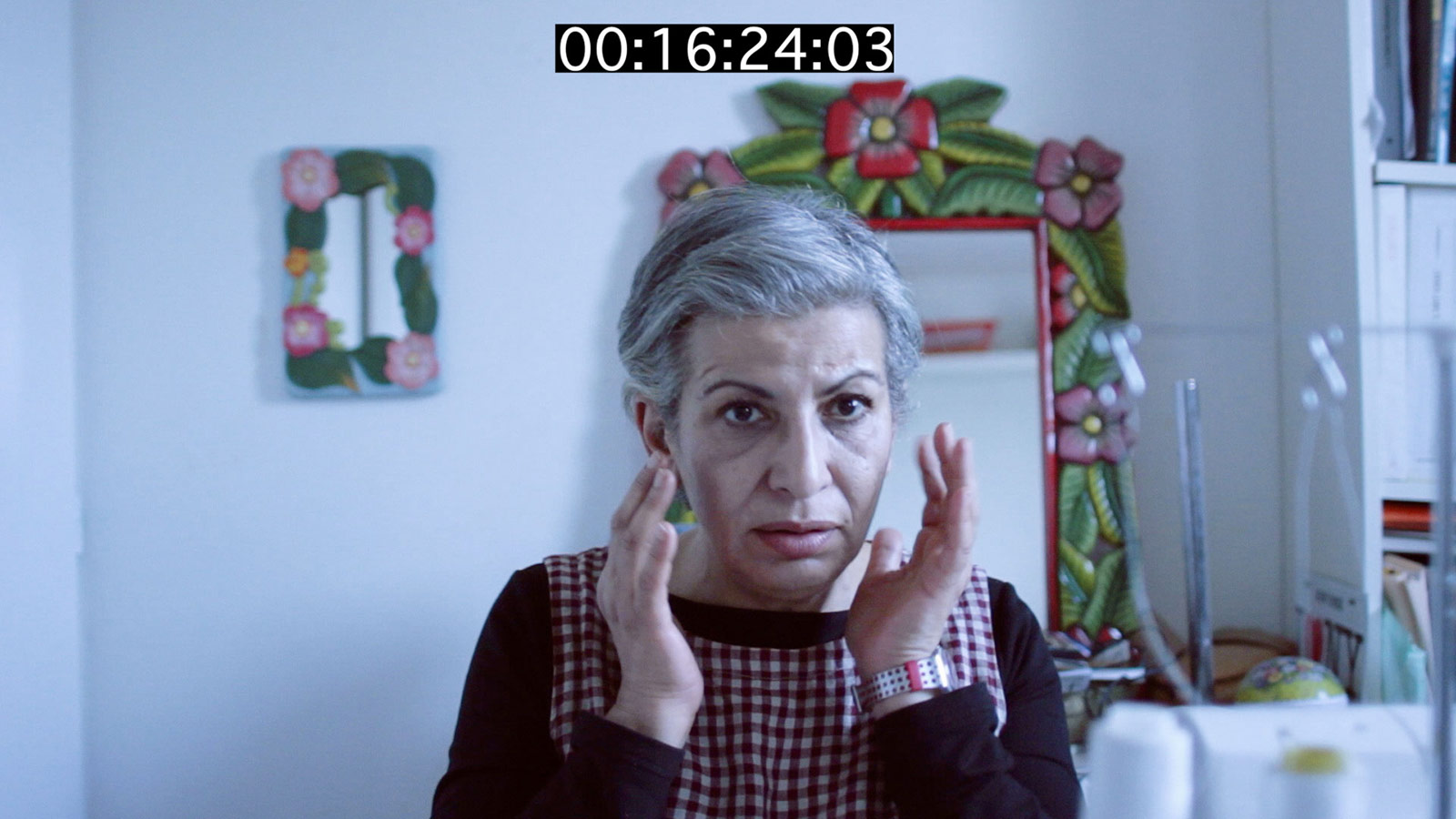 Anaïs Volpé doesn’t fit under one single label, just as her project Heis. She’s an actress, a filmmaker and a visual artist. Her debut feature film Heis (chroniques) is premiering at the LA Film Festival in June. This project, which also takes the form of a series and an art installation, strikes for its honesty and lack of pretensions. Anaïs faces us with the concerns of the millennials, who strive for autonomy in a time where the future is most uncertain. In this very introspective project, one can easily find their own struggles and thoughts portrayed perfectly on the screen, which in a way brings a certain comfort. Heis is about the uncertainty of the future, making choices, nostalgia, the hope and the struggle... in other words, it’s about life itself, and about realising that, just as ourselves, it's full of contradictions and contrasts.
How did the project come about? Did you always know you wanted it to be crossmedia?
I didn’t know that this would become a crossmedia project at all. I started learning how to edit by watching tutorials on Youtube and I wanted to do a series of short episodes to practice that. When those were finished, I wasn’t really happy using it only as a series, I wanted to push the work again and make longer episodes. Eventually I decided I wanted to do a feature film. I mixed the series into a new shooting and I began to create a first version of the feature film. But I wasn’t really satisfied with this one, so I took the camera again and I shoot during three extra days with my co-cinematographer, Alexandre Desane, and the actors. Then, I had this second version of the feature film and I really enjoyed the result. I realized that in fact the series had been very minimized into the feature film, and that the two works became suddenly totally complementary. I also realized that I had a lot of material to do an art exhibition as well. One of the main characters of the movie is preparing an art exhibition in the film, but we never end up seeing the result, so I decided to create this exhibition in real life. And then, Heis was born.
Could you take us through the main themes that you explore in each of them?
The three parts of the project can be watched separately or together. This possibility is the particularity of this crossmedia project. It’s complementary but it can be understood independently.
The feature film is a hybrid, mixing HD videos, old VHS, fiction and fictional documentary. I think this is a two-speeds film, two languages dedicated to two generations, youth and parents. It’s a love and anger story, an emancipation and guilt story, a blood and life story – a family tale. No matter the period, the country or the language, this theme remains relevant and complicated.
The series is very much complementary with the feature film, because I’ve used around one quarter of it into the feature film (in a different order), and if you want to see it in its entirety, you have to watch the series. It consists of 5 episodes of 11 minutes each, and the work in there is more of a voice-over exercise. Each episode is about a universal struggle that each human can experience at least once in their own life. It’s about contrasts and choices.
The art exhibition is also complementary to the series and the feature film. In it you can discover the work of one of the main characters of the feature film, who is also creating an art exhibition, kind of like an inception. The exhibition is made of digital sounds and visual artworks in connection with the feature film and the web series. 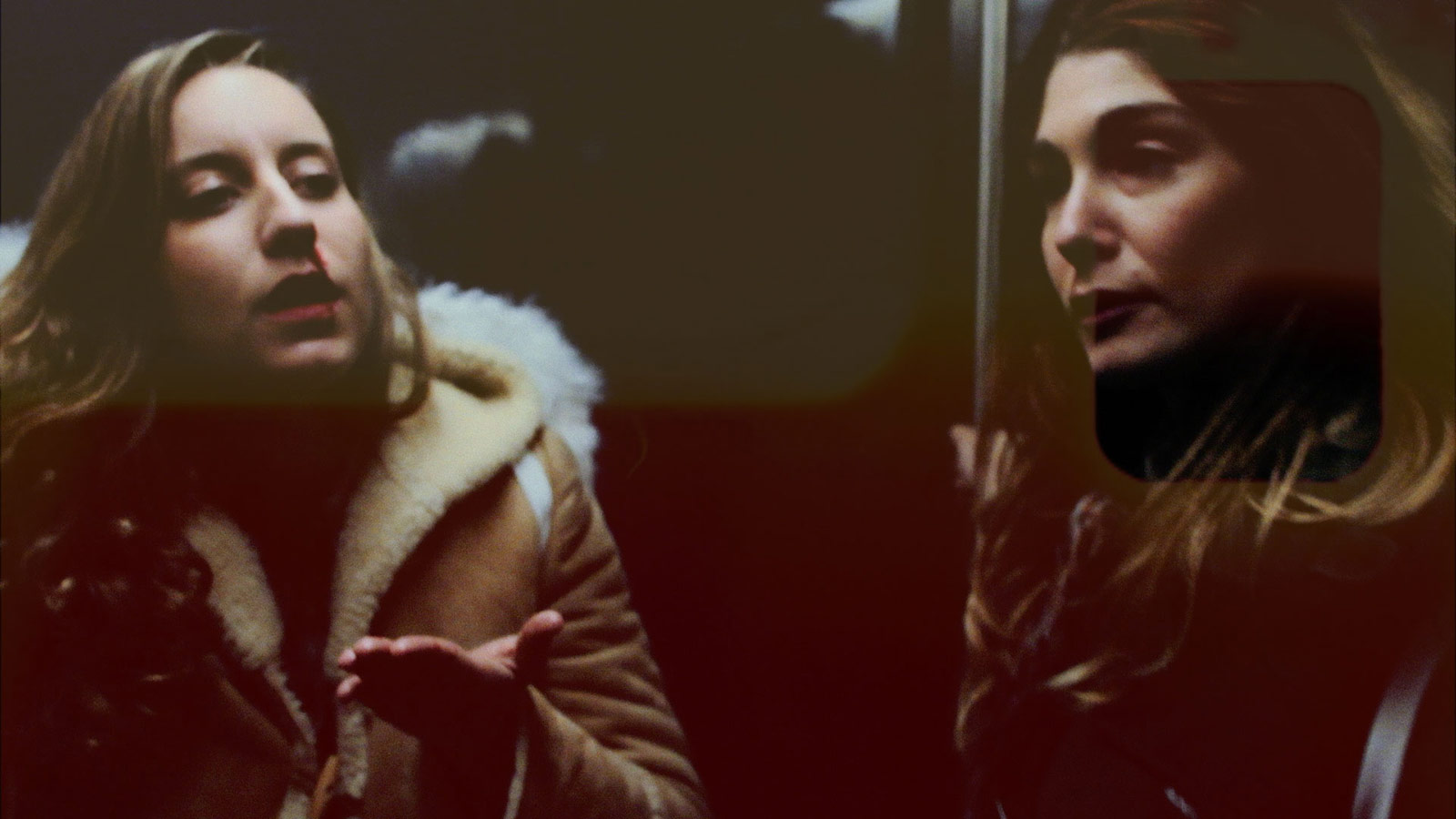 You are an actress, but in this project you are also the one behind the camera and the one in the editing room. Had you been involved in other productions like this one before?
Before Heis, I did three mini-films (3’) with an iPhone, just as a way to learn editing. Which is funny, because one of those little pieces has just been purchased by a French National TV Channel (FR3) through my film distributor Audrey Clinet (EROIN).
After that, I started shooting my real first short-film (20’), named Blast (produced by Lucy in the Sky production). For this short-film I had a great editor, Florent Thoraval. We had a great time, and I got to direct actors such as Matthieu Longatte, Alexandre Desane and Marie Marquis. The film was selected in festivals and won the Jury’s Prize of the International Youth Talent Festival Paris/Beijing in 2013. Thanks to this award, the French Embassy in China invited me for a screening of the short-film over there. I also had the opportunity to be in an artistic residency in Beijing with the help of the French Cultural Institute of China during several weeks. It was during this residency that I started to write and shoot Heis.
Heis reflects the reality of an economic crisis that a lot of young people have to face. You’ve also experienced it while making the movie. What are some of the hardest parts of the process of making a film with no budget that you have encountered?
This film has been made with an independent spirit in order to stay true with its content. I struggled to make this film as much as the youth struggles to make a living here in Paris. I thought that it was more honest and more personal to do it in this way.
But I have to mention that there is a lot of hope as well. Indeed, I was really interested in the contrast of the youth that is very motivated to succeed in life and also feels very locked in our society. There is a link and a gap between this distress and this ambition, maybe we are caught up in something between sadness and a powerful hope. I thought that this feeling was kind of weird, true and interesting to analyse.
To me, everything was quite smooth, specially the writing and the shooting of the film, even though there were some very dark days. When the film was done I was so happy. But now I realize that the most difficult part is the post-production! You think you’ve made it through the hardest part, but you have no idea that it is yet to come.
"This project is about the distress of the youth, of a whole generation that won't be really poor and won't be really rich either."
Tell us about the process of writing it, because everything was scripted. Did you take a lot of things from your personal experience and those around you?
Yes, everything has been written, there is a very little part given to improvisation. That’s why I really congratulate my actors, Akéla Sari, Matthieu Longatte, Alexandre Desane, Emilia Derou Bernal, Laura François and Malec Demiaro who spent time to learn their lines, and they have all been very generous. When you see the film, you have this feeling that they improvised so much because they are so natural.
I think that Heis (chronicles) is an emergency-cinema. I really needed to express myself in this movie, and to tell what I think. That’s why I chose to do a film very talkative and introspective with a huge abundance of images. in order to be in tune with the period we are currently living through the screens of our society. The voice over is here to accentuate the introspection and the need to talk, the emergency to express things.
One of the topics the project touches is the importance of the group. We humans are social beings and we are not designed to be alone. I imagine that making Heis also required the right group of people. How did you find your team?
Yes, indeed, I worked with many others actors, especially in the series. They are not the main characters of the global project, but they are so important even if they only have one or two lines, and I’m very grateful to them. Also I have a little technical team – but what a team! For example, Alexandre Desane is my companion in life but also one of the main characters in the project, my co-cinematographer, the first assistant, the developer of the website... There is also Elie Mittelmann, the sound guy. I’ve worked with him for many years. Also, I have to talk about this great music group, CHKRRR, who helped me a lot by giving me their musical creations. Their sounds are totally inspiring and they did all the music of the film.
Moreover, I had a lot of support from people, even for "a one day help". I think of Florent Thoraval for the color-grading, Maxime Nicolas for recording the sound also, Sandrine Morvan that lend her apartment for the main shooting of the feature film, Luis Fabrega that made music for one part of the film. The help also of the technicians for the post production... I have been lucky. 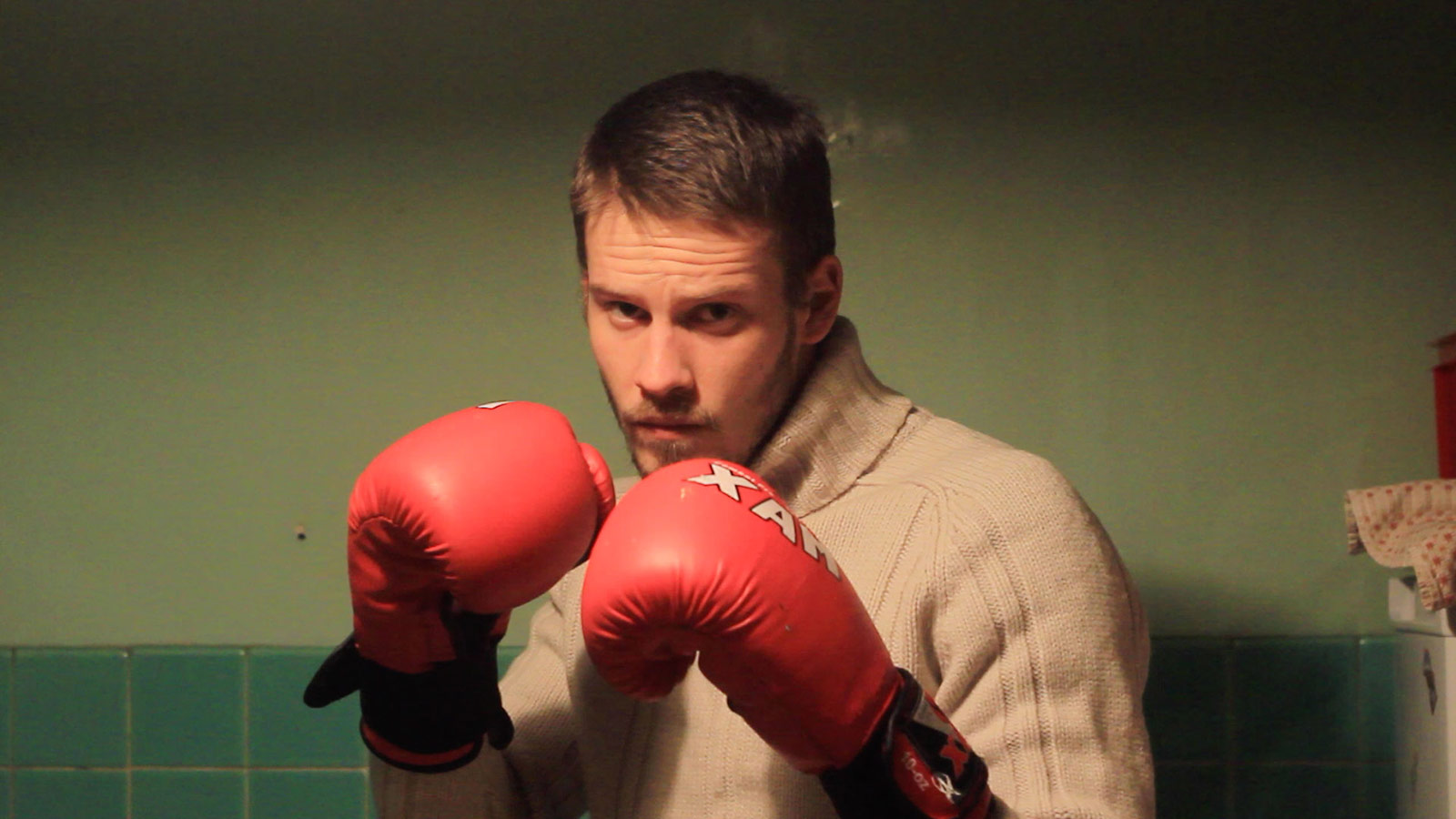 The film is very relatable, especially for the younger generations. That can be both comforting and sad when you think about it, considering the topics you touch on and the not so easy reality you portray. What do you hope people get away from it?
As you saw in the trailer of the feature film and the synopsis, the movie is a family tale. The duty to stay (near to our family) or the right to go and emancipate ourselves (far from our family). This main question about the family-guilt is the heart of the film. Also, the whole project is about the youth issues, the excessive media exposure in our society and the rise of terrorism in the world. This is about the distress of the youth, of a whole generation, that won't be really poor and won't be really rich either.
To be honest, I don’t really know what I want as an audience reaction. Because these questions in the project are so universal and personal that people will always react differently. Also, in the feature film there is no outcome, because these questions that I deal with (family, love) have no answers. I think that all our life we can ask ourselves these kind of existential questions... But I can say that I would like the audience to feel "understood" by discovering the feature film and the series. And that the spectators can think "I’m not alone in this shit."
Regardless of the overall uncertainty portrayed in the project, I feel like in the end of the episodes of the series there is a positive note to it, a dash of optimism. Is that right?
Yes, you’re totally right. There is hope in this whole project. As I mentioned, I think that you can feel not alone when you discover the project. And that’s important because it can gather people through universal questions and sad situations that we’re all going through. I think that optimism is more than necessary, even if you also should face the sad reality.