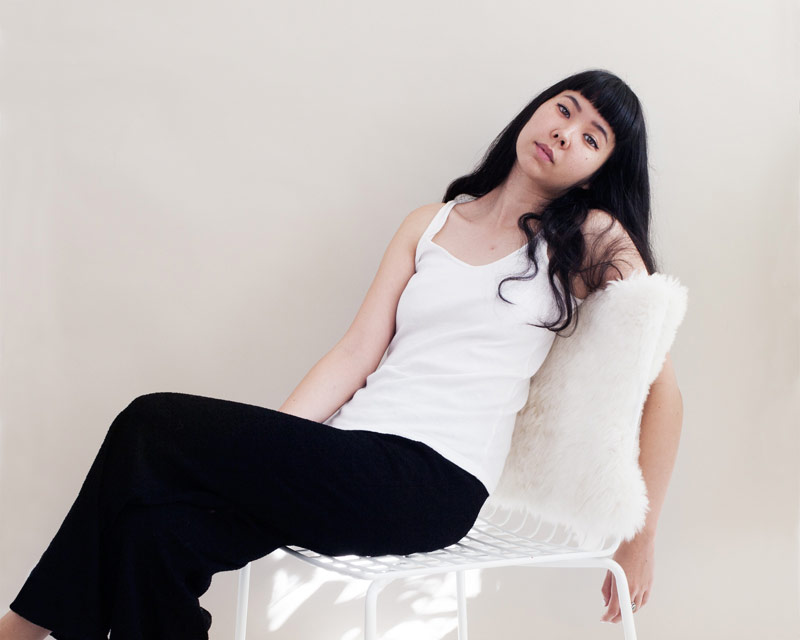 Born talented, raised with sensibility. Heather Sten created her own path through paradoxical provocation, with her memory always alerted and her camera often close. For this young photographer, relationships have a giant importance in the daily routine. Mature as no other, she framed her grandmother when she was struggling with Alzheimer. Now, with her work having been recently exhibited in Japan, her nanny would undoubtedly be proud of the accurate human being Heather has become.

Do you remember the first photograph that you took? And the first camera that you had?

My first photograph was a self-timed selfie, ha! I was about 11 or 12. My dad had been gifted a really cheap 5 megapixel digital camera from his boss, from like Walgreens or something, so I took that and started taking pictures with it. Every photo that I uploaded to my computer was tiny and probably so terrible. Once I became really interested in photography a year or so later, I bought an Olympus OM-10 that I carried with me everywhere.

In your own perspective, what is memory without photography?

Memory without photography is a skewed recollection of the past. Photography can be so amazing in that sense. When I’m looking back in my archives, sometimes there are photos that bring me back to what I experienced on a certain day, or how I felt during that time in my life, things that I was thinking about, etc. My memory in general is dreadful, so being able to recover those feelings and thoughts is really important to me.

Would you be able to define your work in one sentence?

Thoughts on my work are constantly changing, and things that I’m interested in circle around in my head all the time! And I think my work varies a lot sometimes, too, because of that. I’m really interested in images that are a little idiosyncratic and uncanny; I want my pictures to feel enigmatic and oddly familiar. 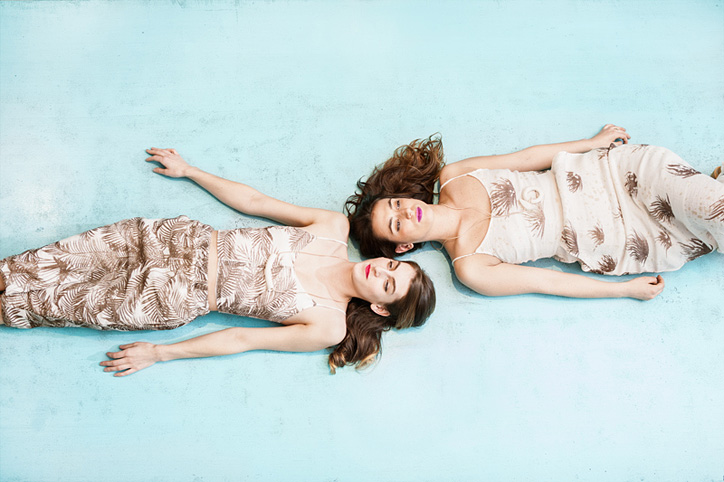 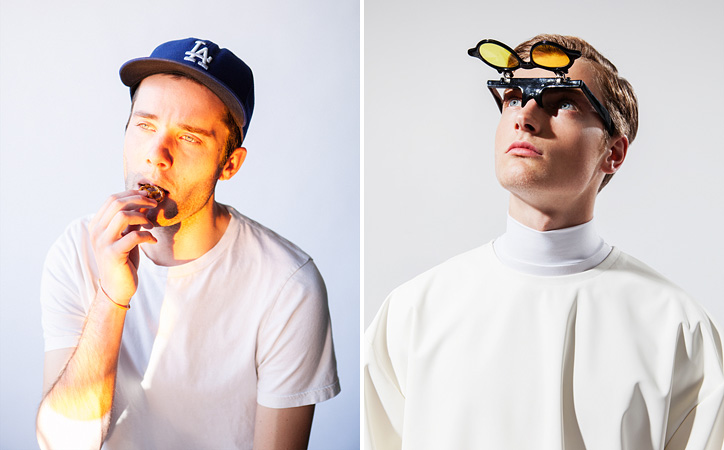 Do you consider your photographs provoking? Do you think that your work could suit some kind of category?

I really hope my photographs are provoking, what a compliment that would be! Like I mentioned above, my work varies a lot, as well as my interests within photography. I’m very captivated by documentary portraiture, and getting to know a human and photographing them in a way that I see them. And on the contrary, I enjoy the peculiarities of inanimate objects as well. Then sometimes I get fashion work, and I think about that in a different way, or sometimes you just mesh the way you think about different categories of photography together, and it’s fun!

All fours and Con Chau, are projects with people, but they rarely have a face expression. Why is that?

Con Chau is the most emotional project that I’ve done and the closest to my heart, and when I was editing the project as a whole, it was after my grandmother had passed away. So I think that a lot of the images that I chose for the edit ended up being a reflection of my own feelings and how I wanted to show the project and have it feel. And I realised, after she passed, that I mostly photographed her in a way that didn’t do her as much justice as I should have given her. She was always laughing, especially with me, but when I photographed her she would be calm and stoic for me.
I’m still working on and editing All Fours, and continuing to shoot them, and that thought has been at the forefront while I’m editing the images – that I want to capture their energy, because they have so much of it and it’s all incredibly positive and fun, and I need to do them justice.

As you mention, Con Chau was about to keep your grandmother forever alive. Do you think that, sometimes, we can build new memories or even untrue memories from a photograph?

Of course! And that’s what’s really mystical about photography. Any project, photograph, painting, or anything really, out of context, can be (and maybe should be) built upon.

Everything that you capture is beyond normal, but still familiar. How do you think of and find those places?

Thank you, that’s a very nice compliment to hear. I try my best to evoke that from my images! I usually just find those places by driving around, sometimes on road trips. I’m always drawn to places that make me feel somewhat nostalgic towards something that I’m unfamiliar with, it’s a very strange but specific feeling that I get. I’m almost too attracted to those places where I literally slam on the brakes while I’m driving because I get so excited.

How do you feel about the commissioned work? Is something that you like or just a need?

The commissioned work is great, and is definitely a need since I work for myself. It’s also nice to have an assignment where you’re constricted to certain rules and boundaries to work within.

The forthcoming is a concept always evident in your work. How about a self-portrait? How do you feel about your body as a model?

I think I only feel comfortable in front of the camera if I’m doing a portrait of myself alone, but for whatever reason I’ve just kept those to myself. A mentor told me that I should add myself in my Con Chau series, so I shot some self-portraits to go into that project but they just didn’t sit right with me. Maybe mystery is good, eh?

Do you have future projects that you can share with us?

I have some funny and fun portrait projects that I’m currently shooting with my partner, that’s a little different from the rest of my work. Those will be released in a few months, which I’m really excited about. But other than that, maybe a self-portrait series! 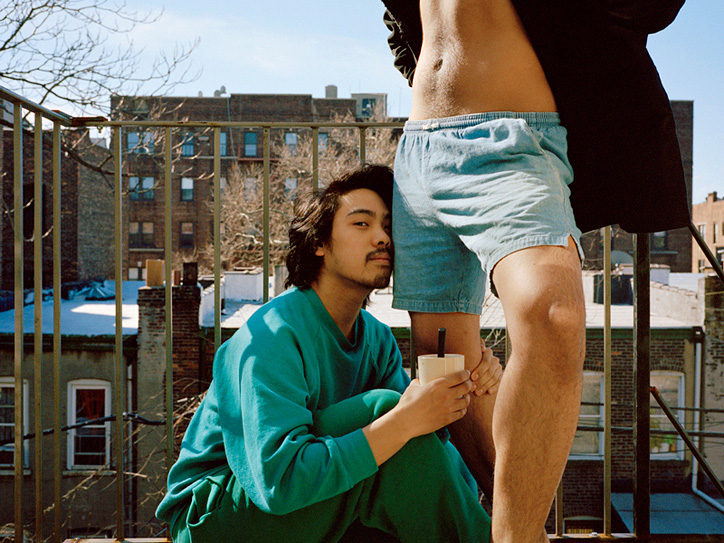 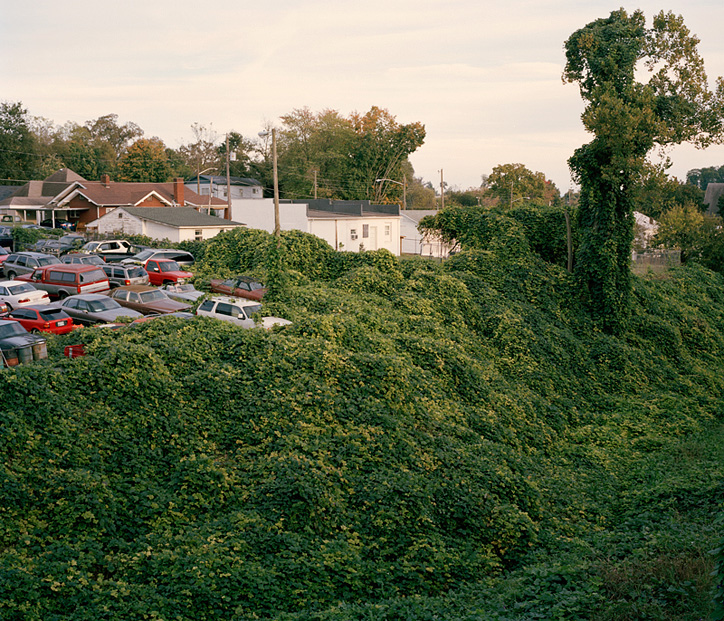 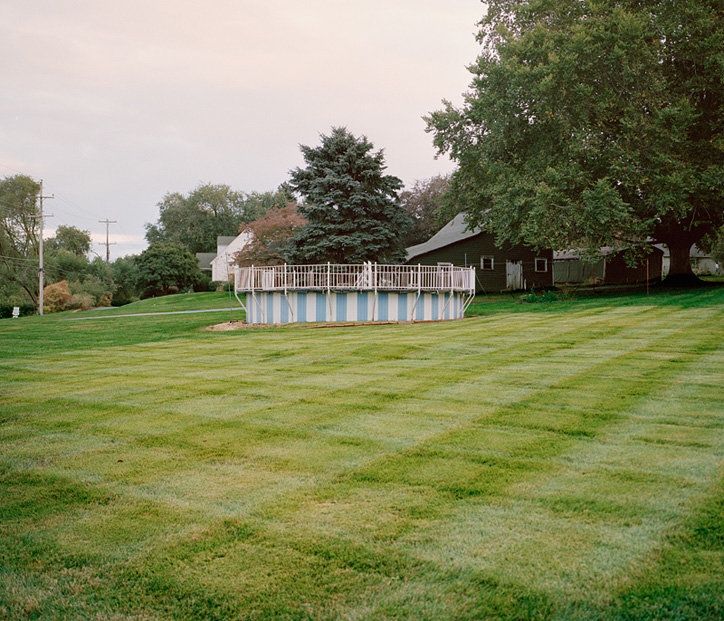 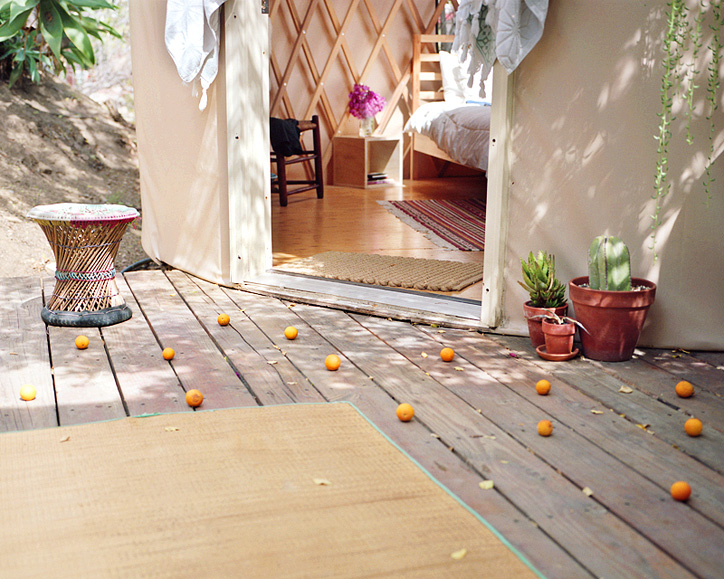 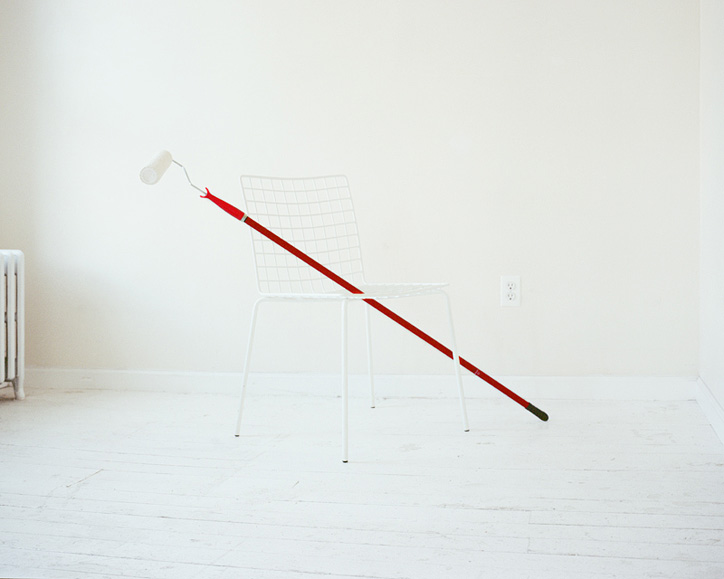 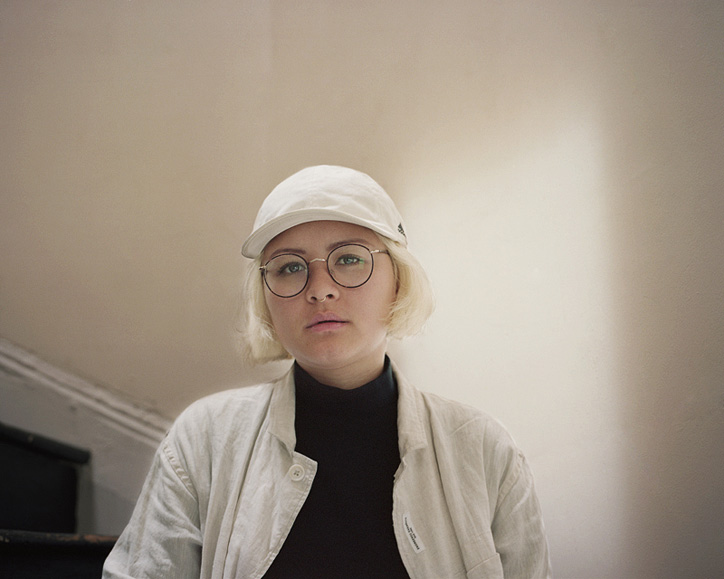 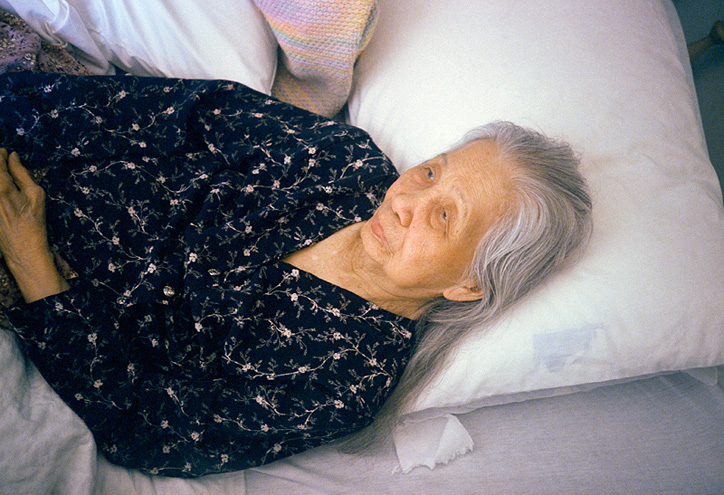 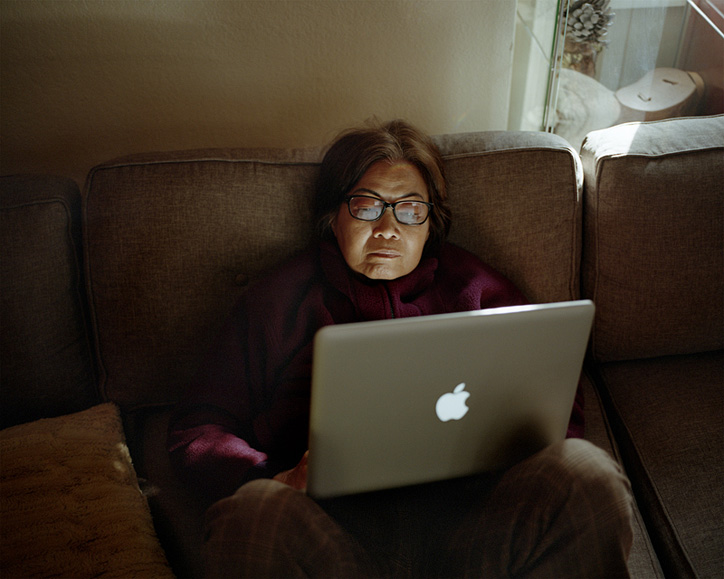 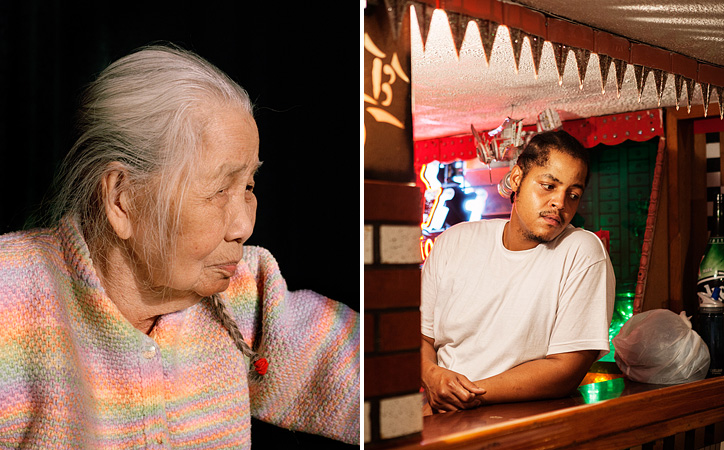 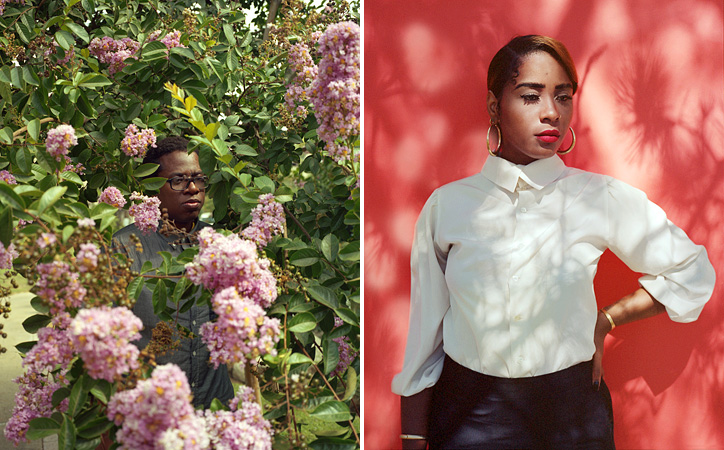 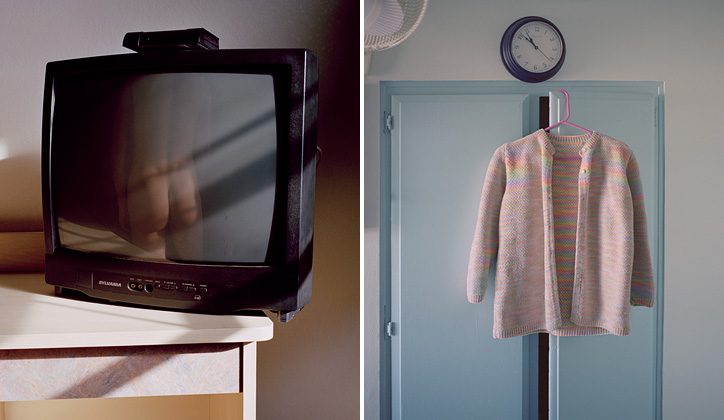