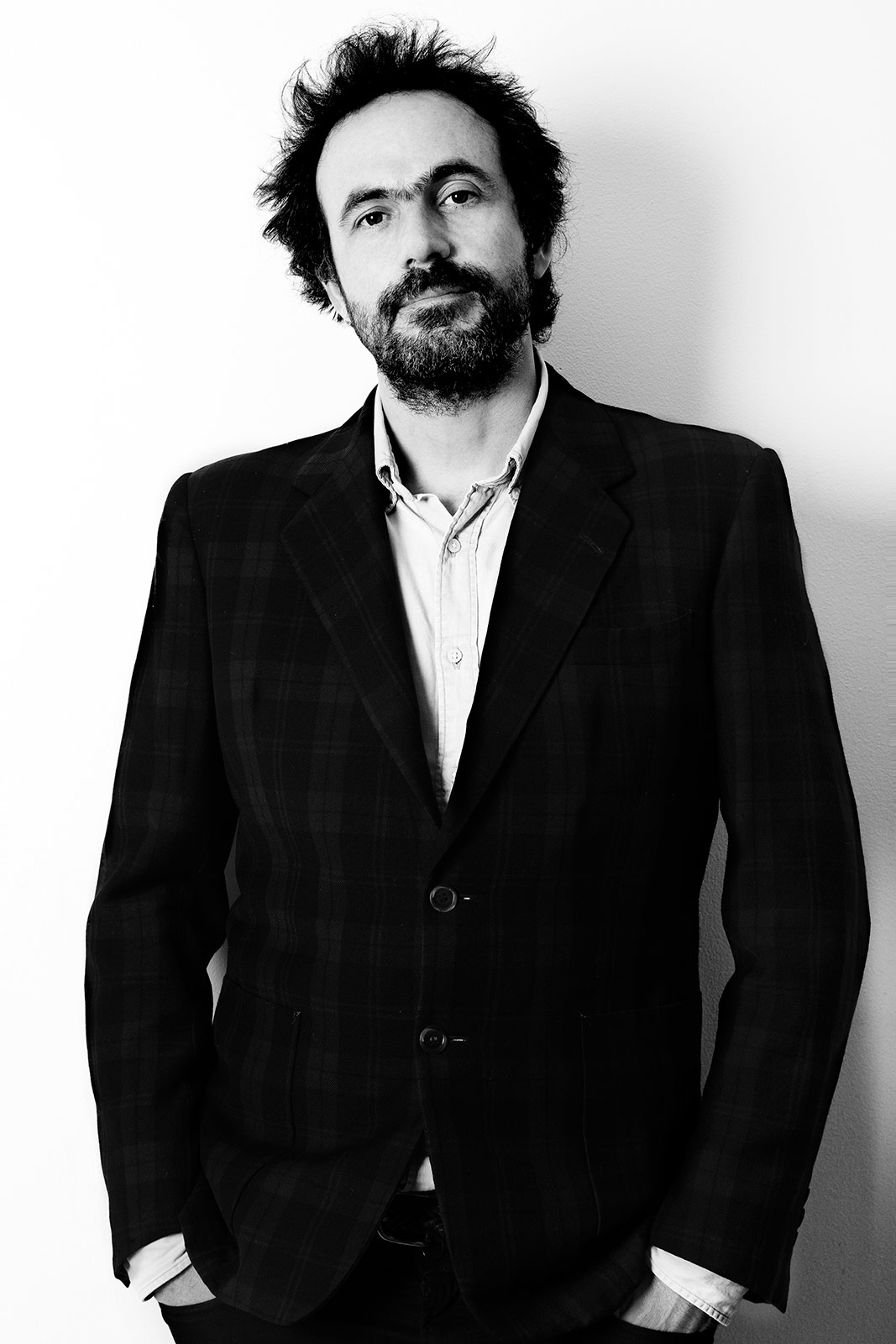 French photographer and filmmaker Guillaume Ziccarelli presents his first solo exhibition at Perrotin gallery in New York City from July 9th to August 14th. The exhibition, titled The Holy Third Gender: Kinnar Sadhu, includes photographs, portraits and a short documentary film, all taken when he traveled to Allahabad, India in 2019 for the Kumbh Mela festival.
Usually gathering over one million people in one place, the festival is aimed at pilgrims who travel to this event that only happens once every twelve years in hope to get rid of their sins. To do so, they participate in cleansing rituals and ceremonies while receiving blessings the holy ascetic called Sadhus. But last year’s event marked a before-and-after moment in history: they included transgender women, sadhus, who go by Kinnar Sadhu.

In today’s interview, Ziccarelli discusses how his initial interest in photographing the religious festival increased once he heard of the official acceptance of transgender women priests. One of his intentions was to capture the Kinnar Sadhu in all of their glory, and this began by creating a “connection and understanding” with them. In doing so, he reveals the struggle of authenticity faced by these women on a normal basis. In this exhibition, he presents “who these women are” stripped away from artificial elements. To help the struggling community, a percentage of profits from the exhibition will go towards the Kinnar Sadhu community in India. 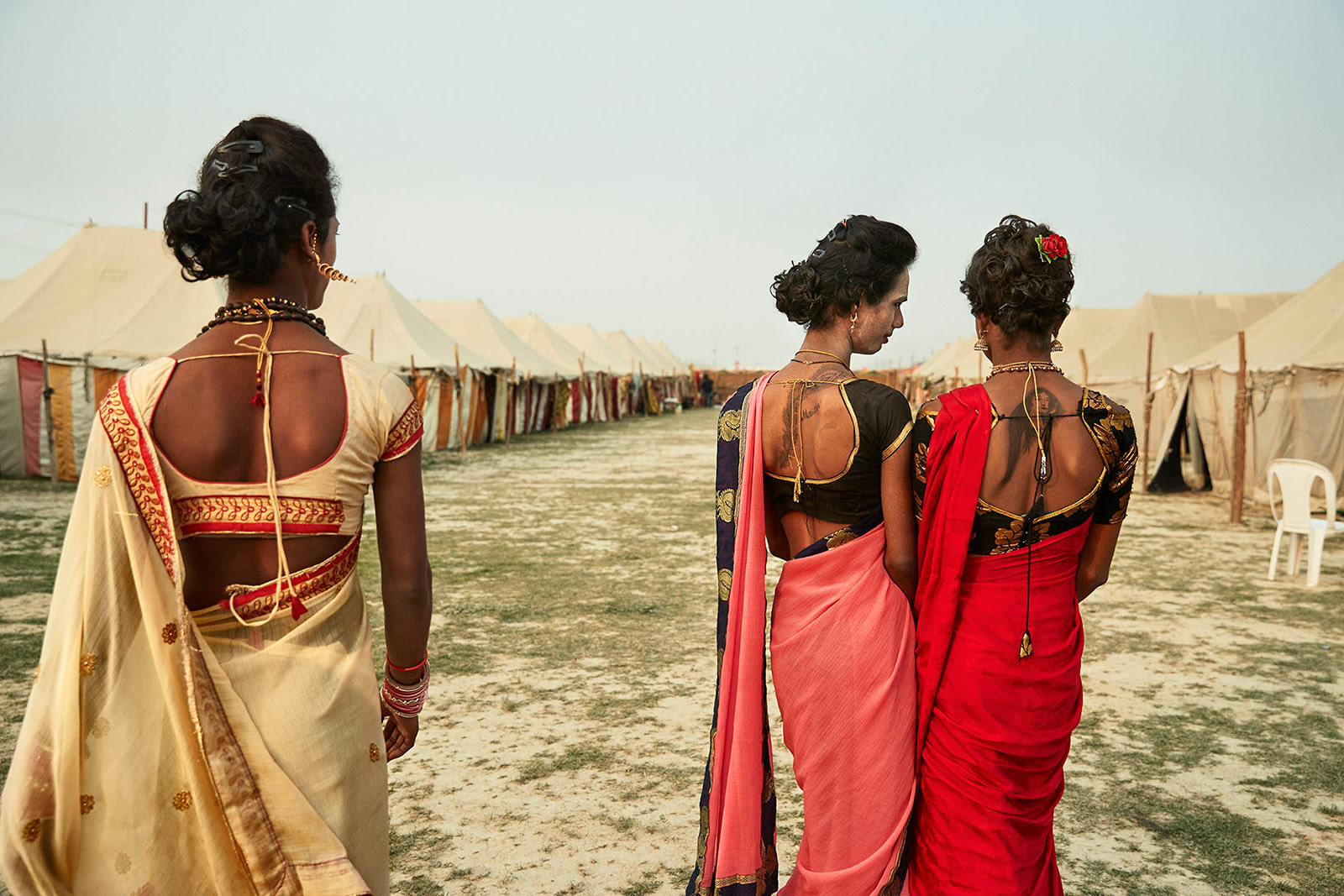 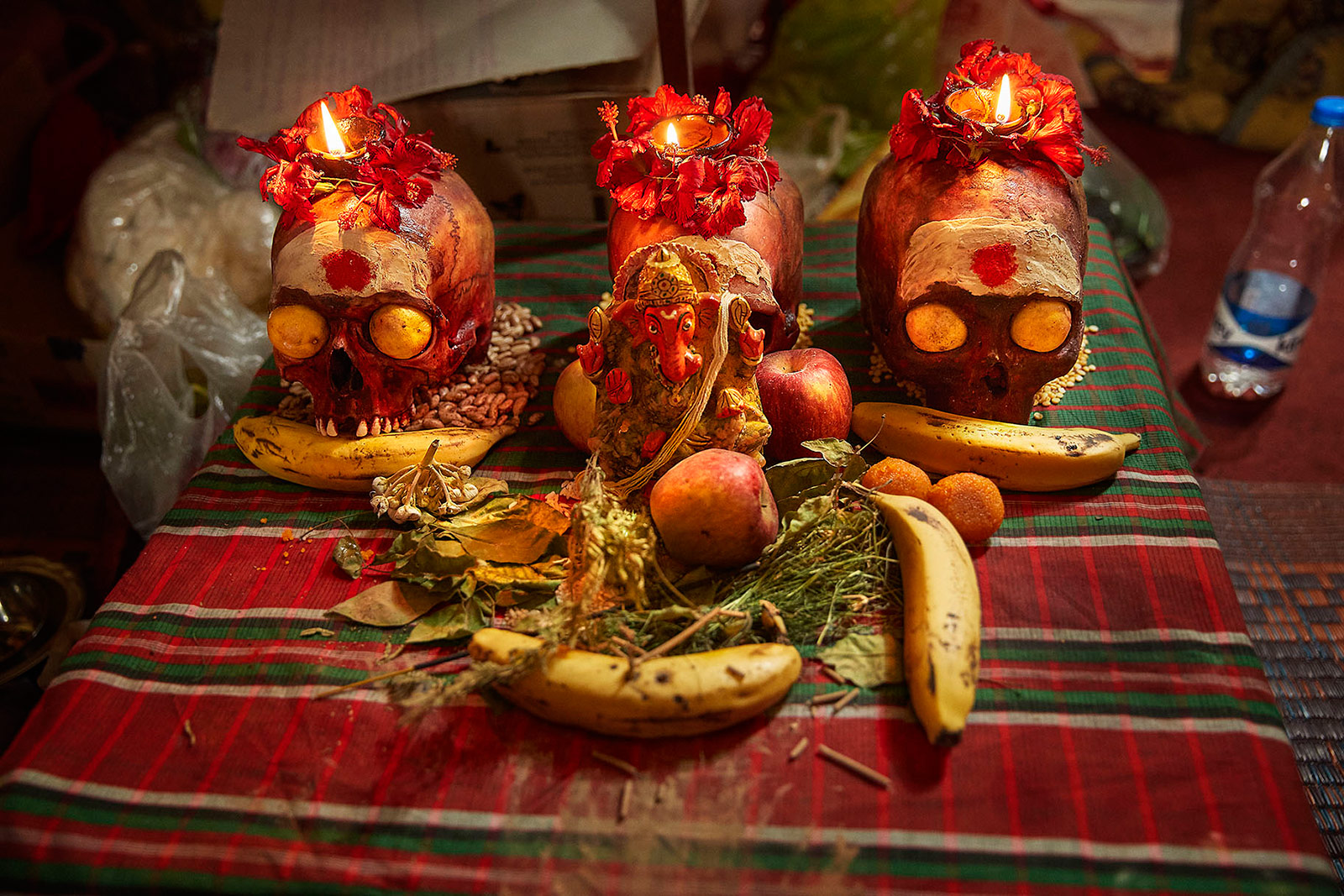 Kinnar Alter, 2020. Courtesy of the artist and Perrotin.
As you said in the beginning, it was very important for you to know your subjects in-depth so you could portray them for who they are. Can you talk about some of the conversations they shared with you?
The first and most important aspect of any project is to sit down and talk and get to know the individuals I’m photographing. I ended up spending about two weeks with the Kinnar Sadhus I came to know. It is both not enough, and within the festival context, a lot of time. I am still in touch with them, however, and especially while working on this project, I’ve been calling them more than ever! I should add that proceeds from sales of these photographs will go to the individuals pictured, which is common courtesy.
Here are a few quotes I would like to share from them:

Prachal
“We were saints as soon as we were born. Our Laxmi Maai understood Sanatan Dharma and she also taught us. Now we, too, can worship God. I know that God listens to us, and quickly. Although we have not been given many things, our gift is our worship. It finally feels like progress. I love the idea that our images are being shown outside India. It is a very proud moment for us. In a way, we are at a moment where we feel free to do anything. I am proud to be a transgender kinnar, and show foreign audiences the community and religion of Sanatan Dharam.”
Shalu
“I had never had interest in me before this, I had never seen foreigners, I had never faced a camera before. It all feels new and amazing. I was already a saint before I went to Kumbh, but when I was there, it was special for me to know that there was a place for us, just as the others have always had a place. I hope that people will see our photographs and believe in us as equal beings.”
Does your connection with your subject matter influence/affect how you execute your projects?
Yes, very much so. That connection with my subject is my guide, and I follow that instinct. Without any connection, there would be no subject for me.
Being that it was a festival where some rituals can last for days, how complicated was it to shoot in location?
It could get pretty intense. I often began my day at midnight in order to be at the right spot around 3 or 4 am. And since no cars or motorcycles were allowed on important bathing days, I went on a lot of long walks in the dark, but I was not alone. I always had one other person with me who could also help carry the equipment. Sadhus would begin bathing around 5 or 6 am.
Do you embrace spontaneity while you’re shooting?
Yes, as mentioned earlier. Sometimes you also just have to turn the camera off. Other times you have to run into the Ganges river yourself… But I do think ahead – or try to. Mainly, I try to plan ahead so that I put myself in a position where I can then capture those spontaneous moments.
What do you most like about the process of documenting, and what do you most dislike?
In documenting, I like to show that there are other ways of life or other ways of living. One difficulty I encounter with this medium can come from critics who argue that if an artist or photographer such as myself doesn’t share the cultural, religious, or gender identity of their subjects, then they have no right to make said art. I find that type of censorship to be potentially dangerous, though I understand it is coming from a long history of oppression, particularly from white men with European backgrounds (I am of European descent).
But to that I would ask: does this line of thinking imply we should censor viewpoints and modes of expression that come from outside our own cultures or groups? Must we stay within our own tribes and national borders to make art? Shouldn’t we be curious and interested in others, and express that with empathy and sensitivity, so as to better understand each other? I have deep respect and interest in an ancient culture and tradition that is willing to accept the third gender among its highest-ranking spiritual leaders, as India did at the Kumbh Mela.
The exhibition The Holy Third Gender: Kinnar Sadhu by Guillaume Ziccarelli is on view until August 14 at Perrotin gallery, 130 Orchard St, New York City. 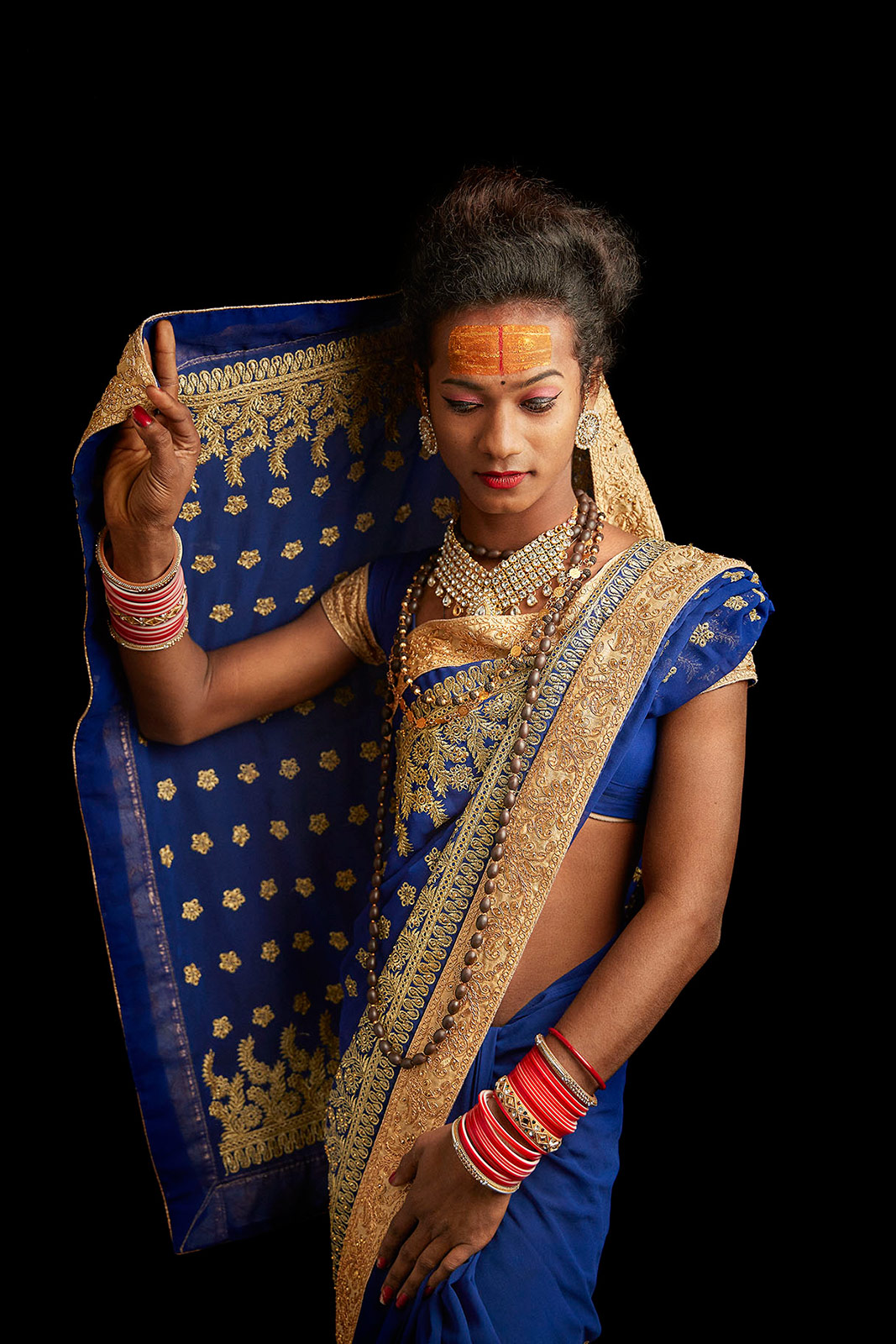 Shalu, 2020. Courtesy of the artist and Perrotin. 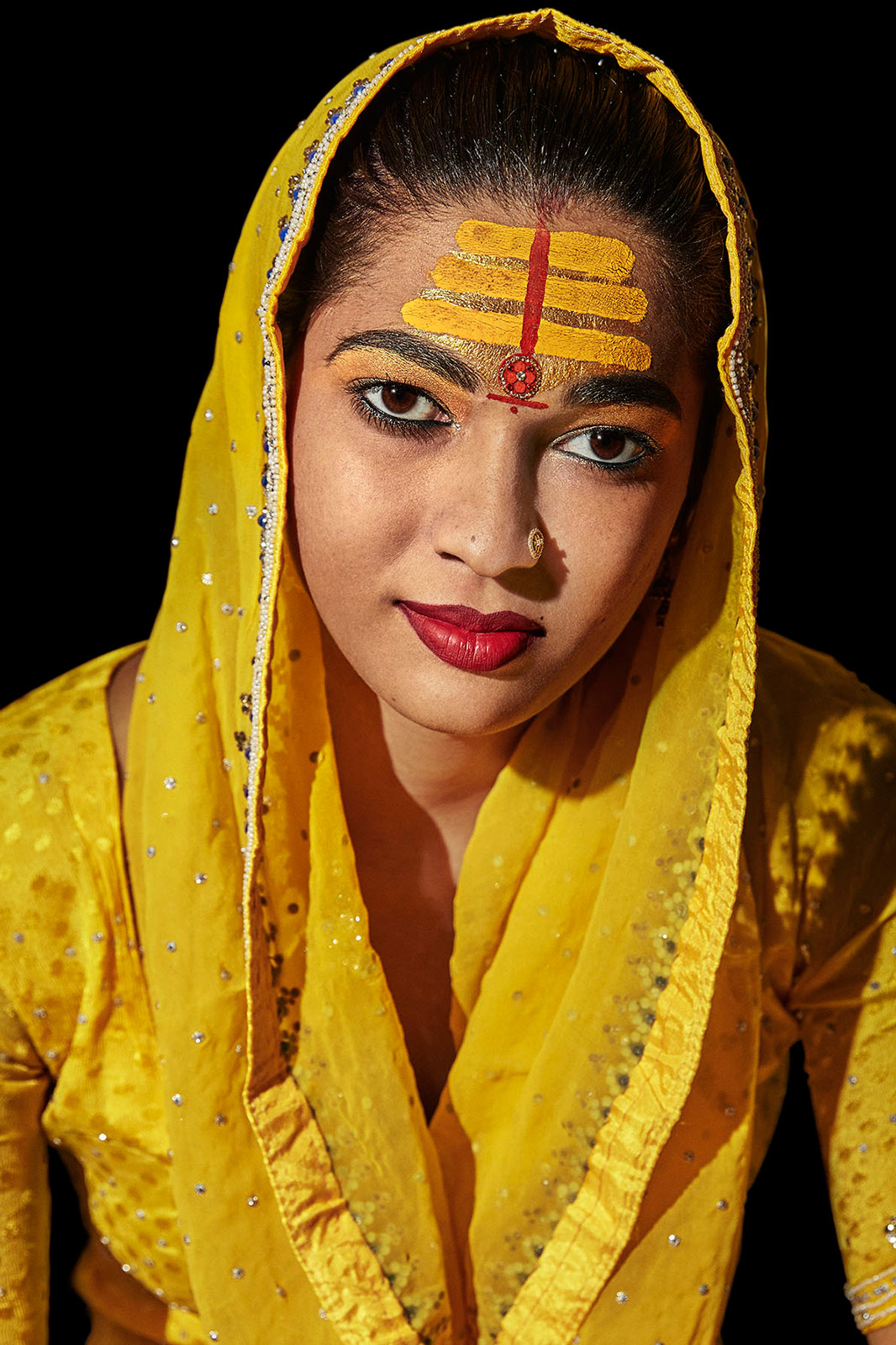 Prachal, 2020. Courtesy of the artist and Perrotin. 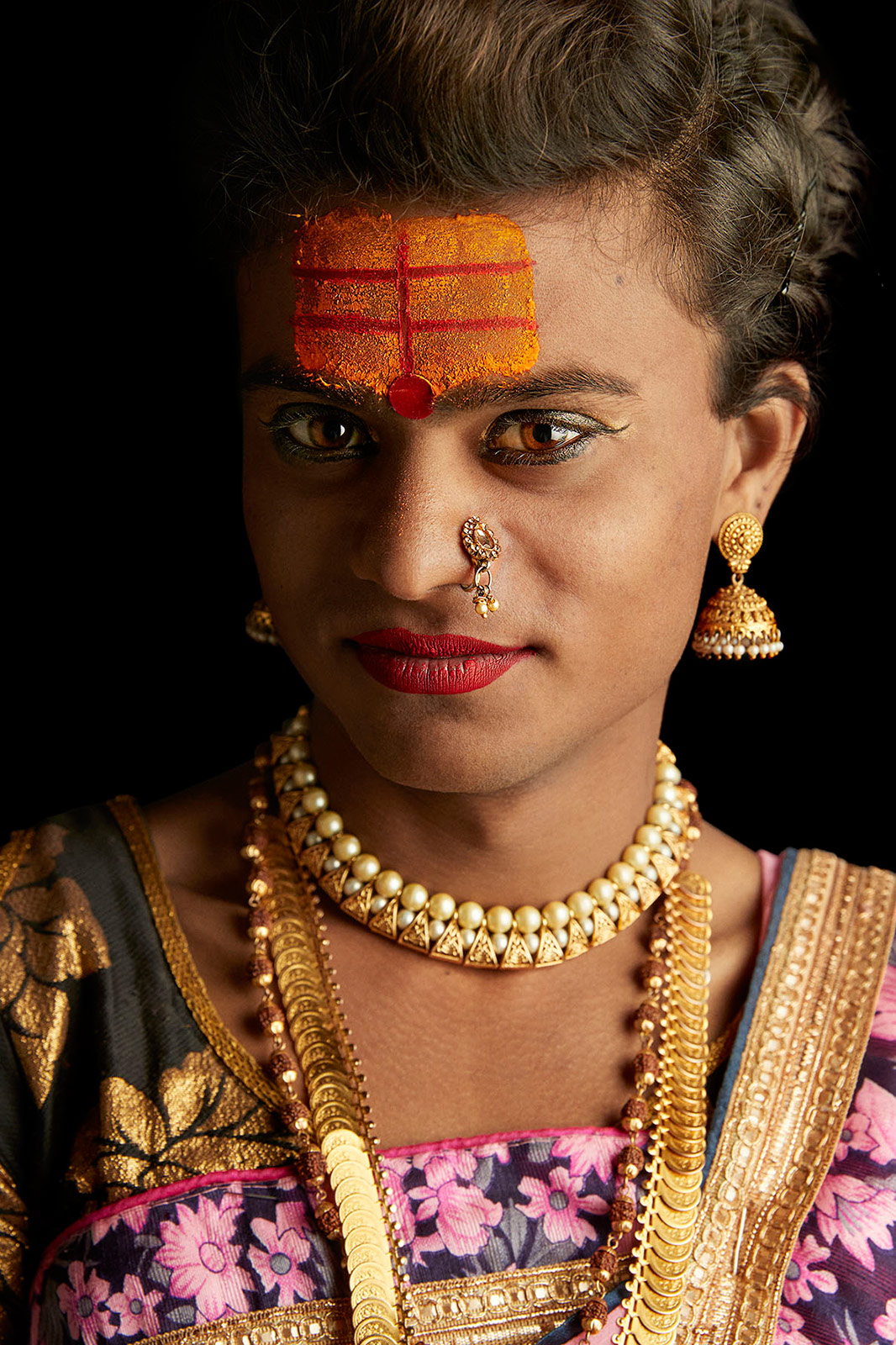 Rishika, 2020. Courtesy of the artist and Perrotin. 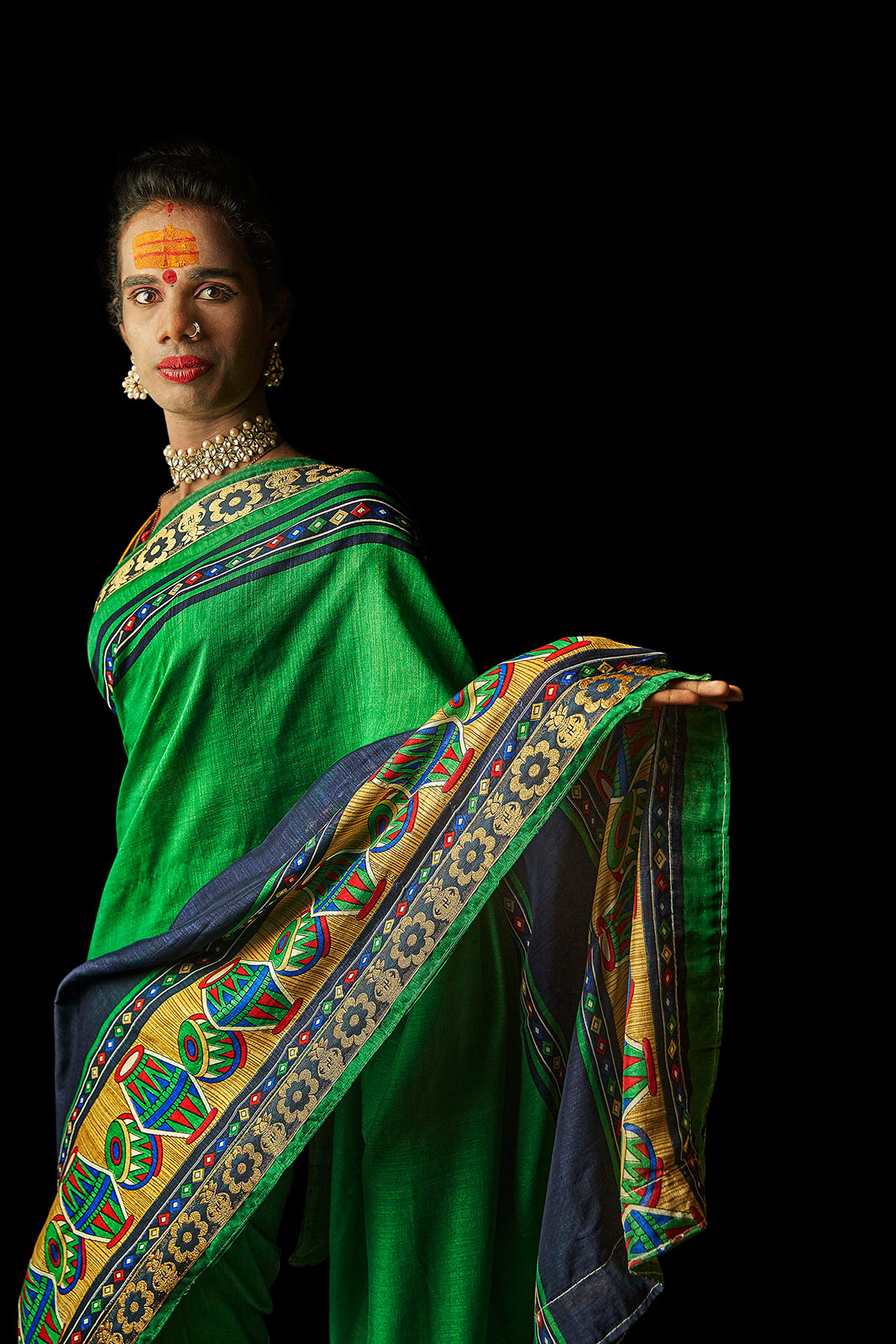 Manisha, 2020. Courtesy of the artist and Perrotin.