A certain kind of magic 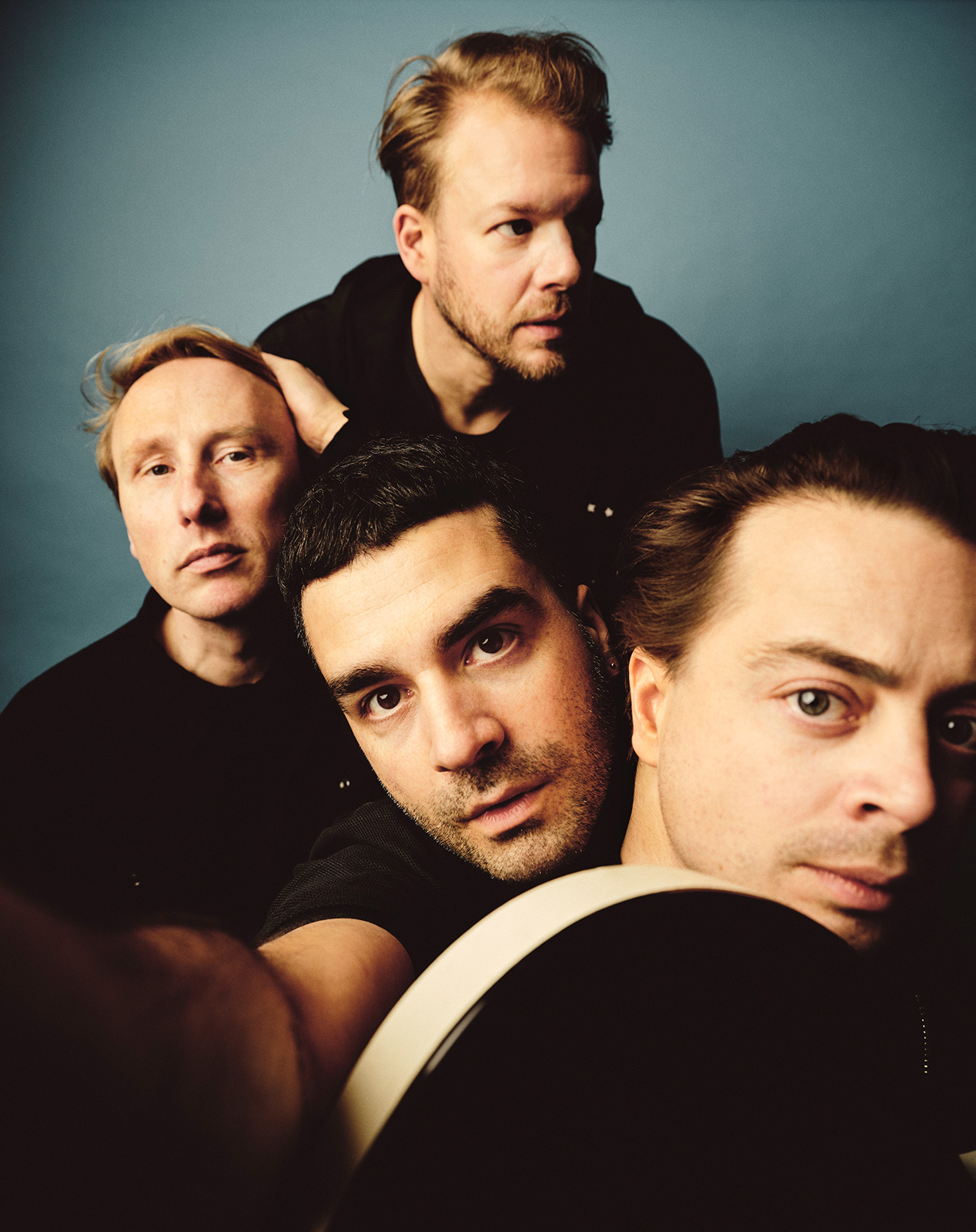 In the iconic Motorbass Studio in Paris, right in Pigalle, the red-light district of Paris, we have an honest conversation with the charismatic electronic rock group Goose from Belgium. We talk to Dave Martijn, Bert Libeert, Mickael Karkousse and Tom Coghe about everything, from their recently-built home studio called Safari Studios in Kortrijk (Belgium), to their newest album titled Endless, – which comes out today! – and what it's like to be working together, while enjoying and trusting the creative process, since the year 2000. Without further ado, we will let Dave, Bert, Mickael and Tom speak for themselves, introduce each other with incredible charm and finesse and talk about all things related to their new album and basically just life, in general.

First off, could you introduce each other? Bert, could you introduce Dave?
Bert: Dave does the drumming, singing and writing songs, he does his own B music, he runs a lot and works out (laughs).
Dave, do you want to do the same for Bert?
Dave: He writes songs, he sings in the studio but not live... And that's it (laughs). Oh, he rides bikes and takes wonderful pictures!
Mickael, could you introduce Tom?
Mickael: Tom places bass, he is the one who takes care of others, on a late-night he'll make sure to take you home safely, and he's one of the most amazing bass players that we've seen. If you know how complex our songs are, we always challenge him to go to the next level...
Lastly, Tom could you tell us about Mickael?
Tom: I don't him that well but he's a singer... No, I know him pretty well (laughs). If I had to represent him through a symbol it would be a microphone, for us, he's not only the singer but he translates everything we feel and spreads the word, we're quieter.
You’ve been in the industry for so long, you’re already veterans, you most likely know the ins and outs of how all of this works, however, there’s not much info out there about you. Let’s start from the beginning, how did Goose come about?
Mickael: We released our first album in 2006, we were a small, local band but we had the mission not to play in Belgium, we wanted to play abroad. That was very bold, nobody in Belgium believed that we could do that. At the same time, Dave went on tour with Soulwax, and on the day he reached out to the owner of the record company and gave them the music and that's how we got signed and started out. We played a lot in the United Kingdom, Japan and Australia, and they would say that we were “Europe's answer to Los Claxons.”
A couple of years later we signed to !K7, a German label, and we released the album Synrise, which is also a totally iconic song for Goose that a lot of people know, and it was used for games and adverts... Then we released the third and eventually the fourth album, which was recorded in Los Angeles, inspired by the city – we could say that's the lighter version of Goose. We released an album and then an EP and now we're here.
But what about the origins? The beginning of it all?
Mickael: Well, Dave and I went to kindergarten together (laughs).
You go way back!
Dave: And even before that we were born in the same hospital.
Mickael: And in kindergarten, I met Bert, and since then we've sort of had the same hobbies, when he started playing the drums I started to play the guitar and we played music together. We got to know Dave when we were 16 because Dave and Bert were together in a ‘youth movement.’ In college, around that time, we met Tom, who was really successful, and we reached out to him asking if he would join the band and asked him if he could release a single, which never happened.
Tom: I'm still waiting for the single (laughs).
Mickael: We've been playing the four of us together since the year 2000.
For your latest music video for Endless you have included archival footage dating back to 1996. Can you explain that to me? I'm a bit confused with the timeline. I guess you have been doing gigs since then, since 1996, however, I’ve read that you formed the band in the year 2000. What happened in between those 4 years?
Tom: The formation of the group, as we know it, was back in the year 2000, but before that the three of them were already playing in a band with other people. So, Dave's dad was filming all of the footage from the concerts, and that's how we managed to compile a video of old images that somehow match perfectly with this new song.
Dave: In 2000 we became Goose. 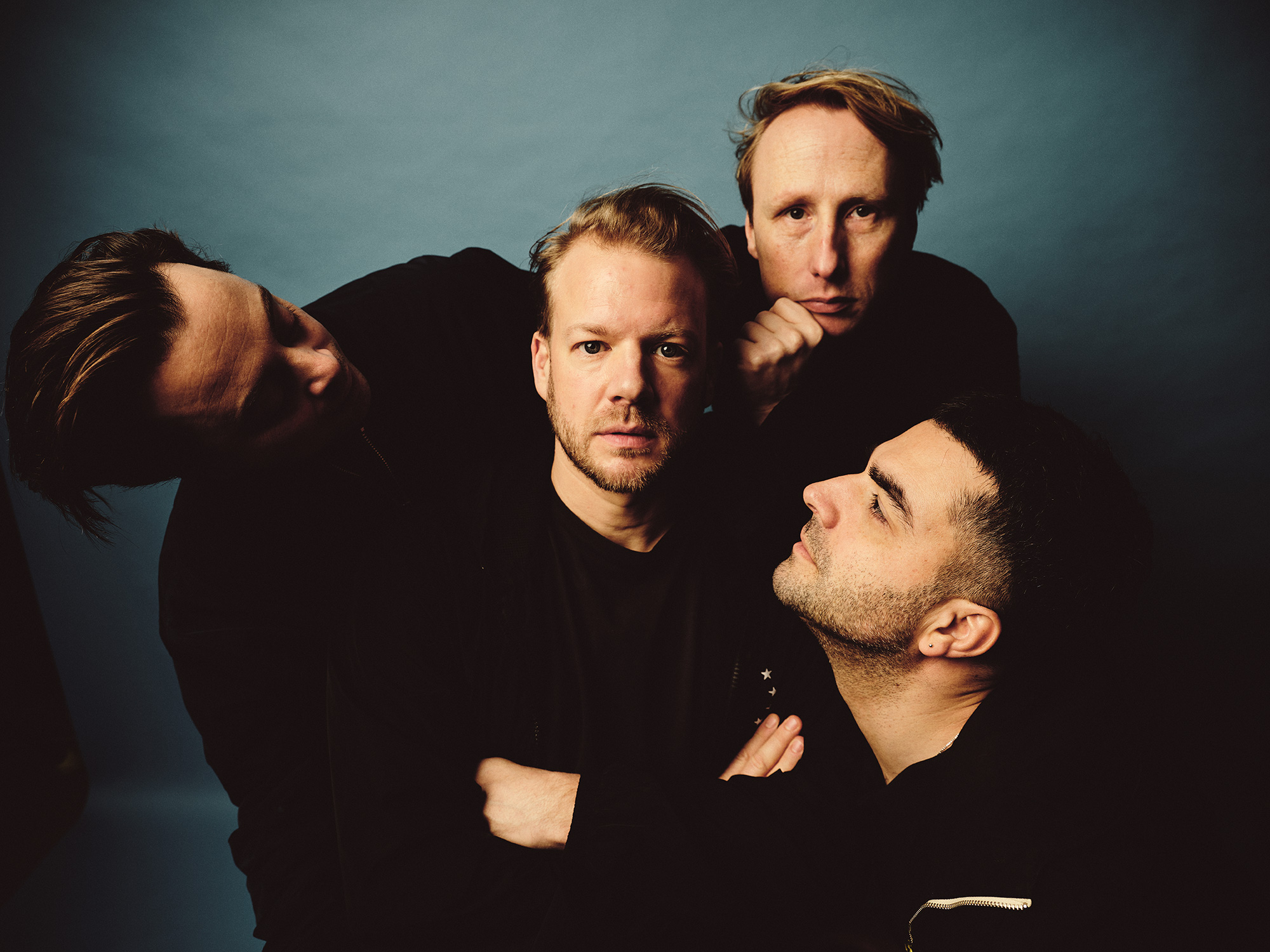