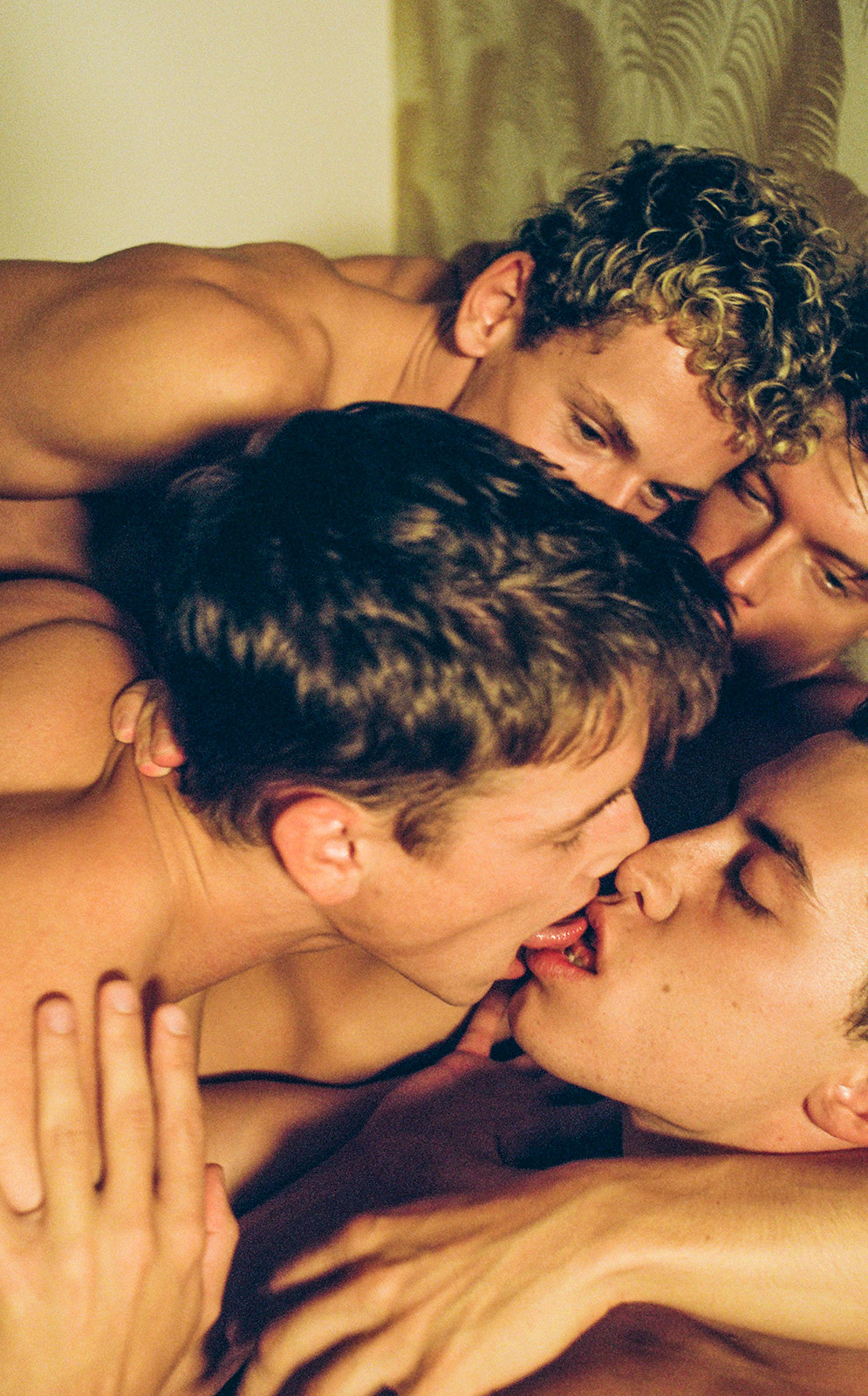 It all started back in 2018 when London’s The Little Black Gallery teamed up with auction house Paddle8 to auction some artworks by queer fine art photographers. Little did they know that, two years later, that partnership would’ve accomplished five more auctions, publishing a series of photo books, and organizing travelling exhibitions around Europe. And that’s thanks to Ghislain Pascual’s insistence, the gallery owner, who was convinced that the project would work. It was a success right away.
The first Boys! Boys! Boys! book they published was a two-hundred edition; the current one, which you can pre-order here, is going to have five thousand copies and is edited by Ghislain Pascal and published by teNeues | Mendo. Just like the previous release, it was accompanied by a series of exhibitions around the world (London, Oslo, Berlin, New York and Sydney), which have been put on hold until further notice. In the meantime, we’ve interviewed Ghislain to know more about the project and opening an online platform set to become the “home of queer and gay photography”. 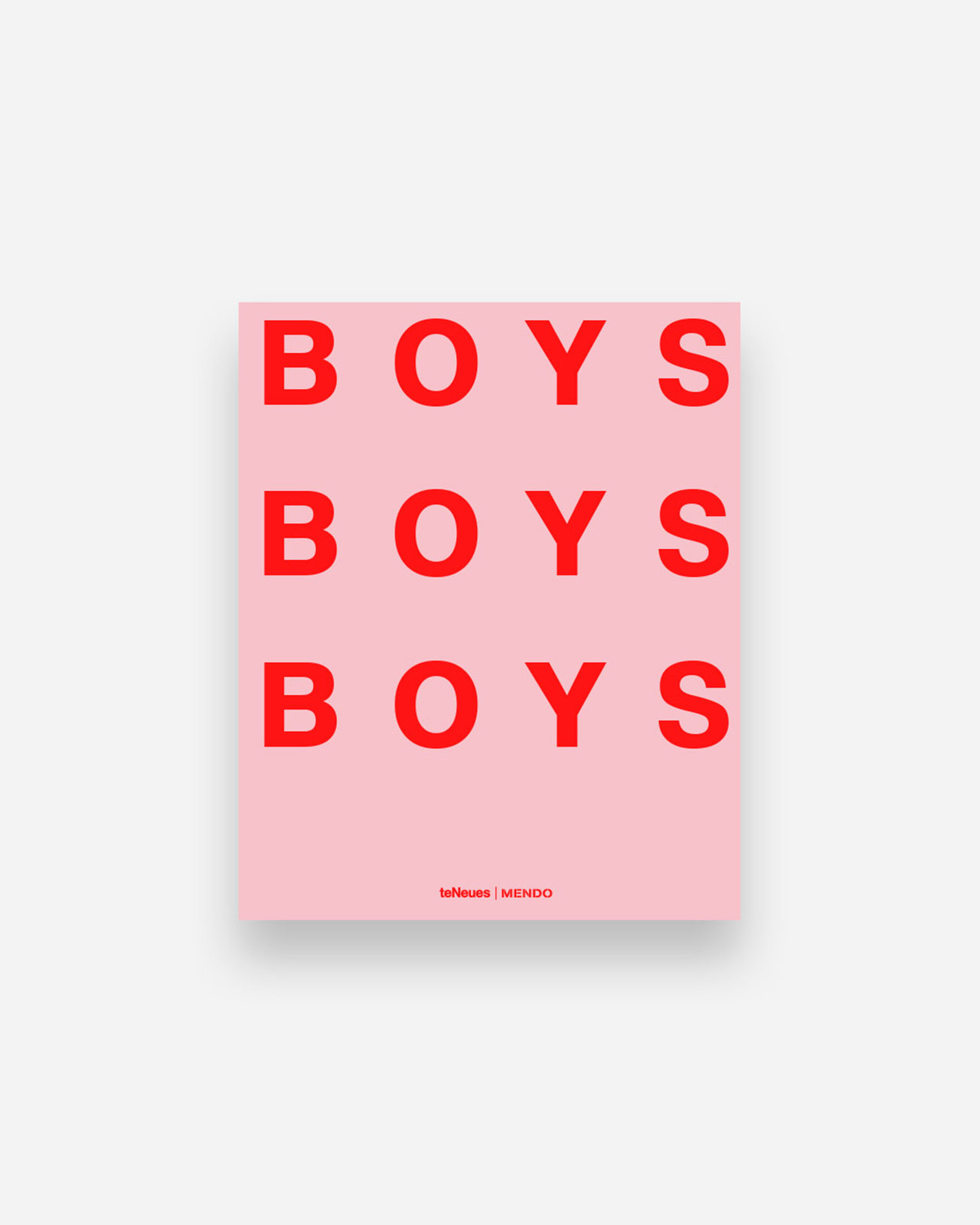 First of all, how did the partnership between The Little Black Gallery and Paddle8 come about?
My great friend Joslin van Arsdale was Head of Photographs at Paddle8 and I kept telling her that she should have a queer photography auction, since every time she had any male nude photographs in her sales, they immediately sold (or were bought by me!). Eventually, she just turned around and said, you do it, and Boys! Boys! Boys! was born. Our first Boys! Boys! Boys! auction launched in 2018 and it was such a success that we have since had five more auctions; three exhibitions – in London (at h Club), Amsterdam (at The Ravestijn Gallery) and Cologne (at Galerie Biesenbach); launched an online store; and self-published a book with the new one out now.
Sadly our partnership with Paddle8 has come to an end as they have filed for bankruptcy. So I am currently building a new online platform for Boys! Boys! Boys! to coincide with the publication of the new book. It will become the home of queer and gay photography.
The book Boys Boys Boys! is the main result of this collaboration. When and why did you decide to work on a series of photo books showcasing contemporary fine art queer photographers?
We self-published our first Boys! Boys! Boys! book in 2018, which sold out. I was therefore very keen to find a publisher for a more extensive and more widely distributed book. Luckily, I met boutique Dutch publishing company Mendo, who design beautiful books but also have a partnership with teNeues, so our book will be distributed worldwide.
You’ve published other Boys Boys Boys! books before – one for Pride, for example. How are they related but different from each other?
The aim of the books is to promote our amazing photographers and their artworks. The first book was self-published with only two hundred copies. The print run for the new book is five thousand copies, so a big difference. I am hoping this is the start of a whole series of Boys! books, each one publishing new artworks from our growing family of photographers. 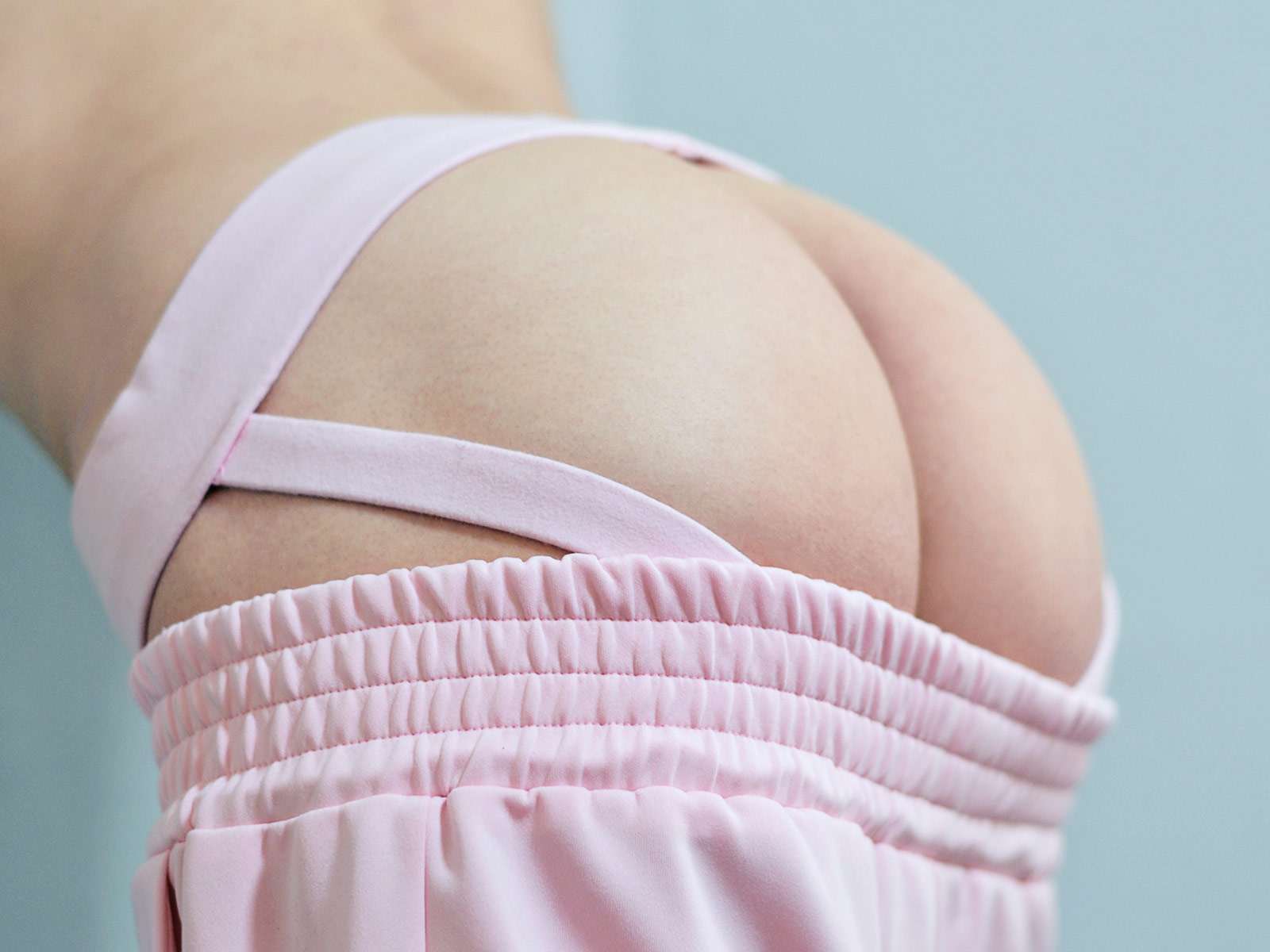 Jock © Florian Hetz
The list of photographers keeps broadening from book to book, although many of them are featured in several publications: Manuel Moncayo, Laurence Philomene, Matt Lambert, Gerardo Vizmanos, Florian Hetz … How is the selection process? What criteria do you follow?
I currently work with more than fifty queer and gay photographers from over twenty countries, which keeps growing. My job as a curator and gallerist is to find and work with those photographers that are producing images that can be defined and promoted as fine art photography. I am trying to build a platform for queer and gay photographers to present, exhibit and sell their work as art. It is of course completely subjective and sometimes very difficult, but I have built up a roster of extraordinarily talented photo-artists whose work I am proud to represent.
On the introduction of the book, you explain how it is focused on male nudity and the male body. When interviewing painter GaHee Park a while ago, she told us: “I’ve been surprised by how conservative some collectors and viewers still are, especially about depictions of male nudity and sexuality. Not that people get outraged or offended, necessarily. Usually, it’s more like nervous snickering or making bad jokes. But having a naked woman in a sexual pose hanging on your wall rarely seems to bother anyone, but a man with an erection…”. What is it about male nudity that makes people feel awkward or uncomfortable, and how does Boys Boys Boys! challenge these preconceptions?
I am definitely not conservative! However, I am very careful that Boys! Boys! Boys! does not go down the route of soft porn or titillation but is strictly about promoting fine art photography. I do completely agree with GaHee, as I also have Girls! Girls! Girls!, which celebrates the female form. The media have no problem publishing and printings these images whereas we get very little press for Boys! Boys! Boys! as they label the images as inappropriate. And don’t get me started on social media! We will continue to challenge these preconceptions by pushing and promoting Boys! Boys! Boys! and creating a strong market for queer and gay photography. The response so far has been amazing.
Together with the book launches, there’s usually an exhibition about some of the pictures; you’ve done so in London, Berlin or Cologne, for example. Europe is currently on lockdown because of Covid-19, so are you planning on doing an online exhibition maybe? Something as an alternative? Or you’ll think of that once quarantines are over?
We had a whole line up of exhibitions planned in Oslo (Norway) with Fotogalleri Vasli Souza, Fotografiska in New York (USA), and in Berlin (Germany) with Galerie Biesenbach, and future plans in Sydney (Australia) with Lyons Gallery. As of this moment, only Oslo has been rescheduled (from April to September). You’ll have to check our website for more information on the others.
We are also launching a new online site, which will become the home of queer and gay photography, selling artworks and books, feature films by our artists, and have all the latest news on our growing family of amazing artists.
Boys! Boys! Boys! edited by Ghislain Pascal published by teNeues | MENDO is available from all good book stores, Amazon or from thelittleblackgallery.com. 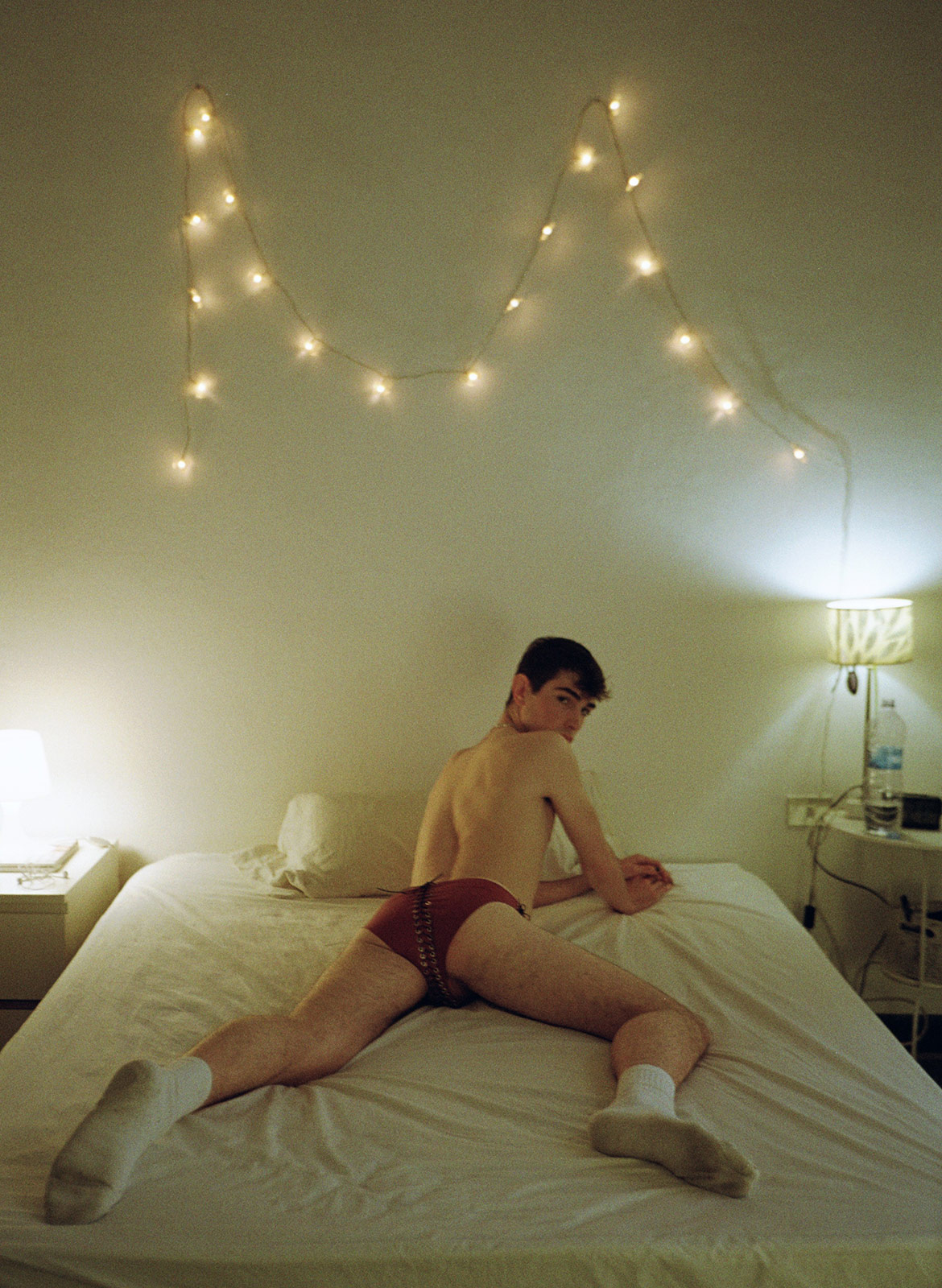 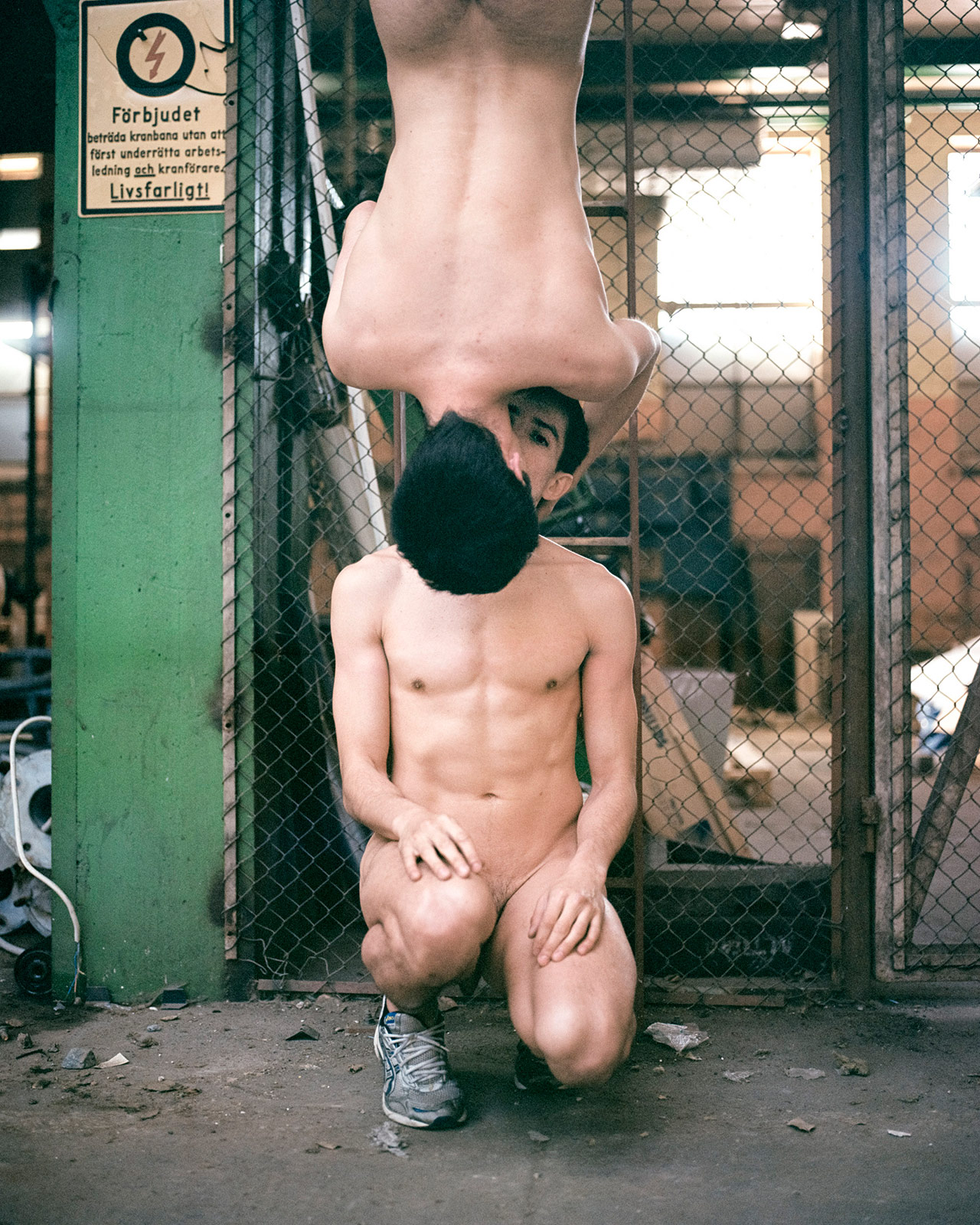 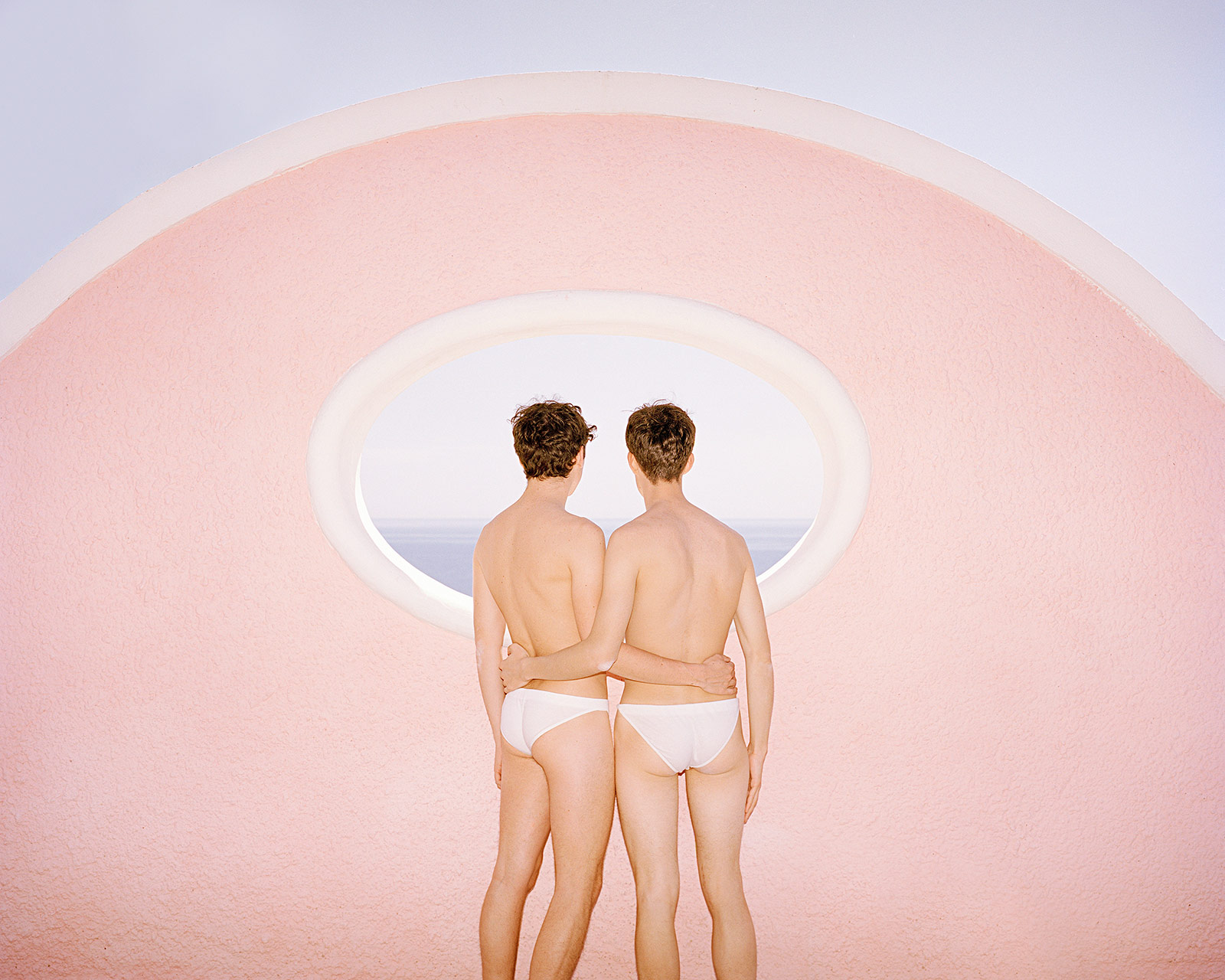 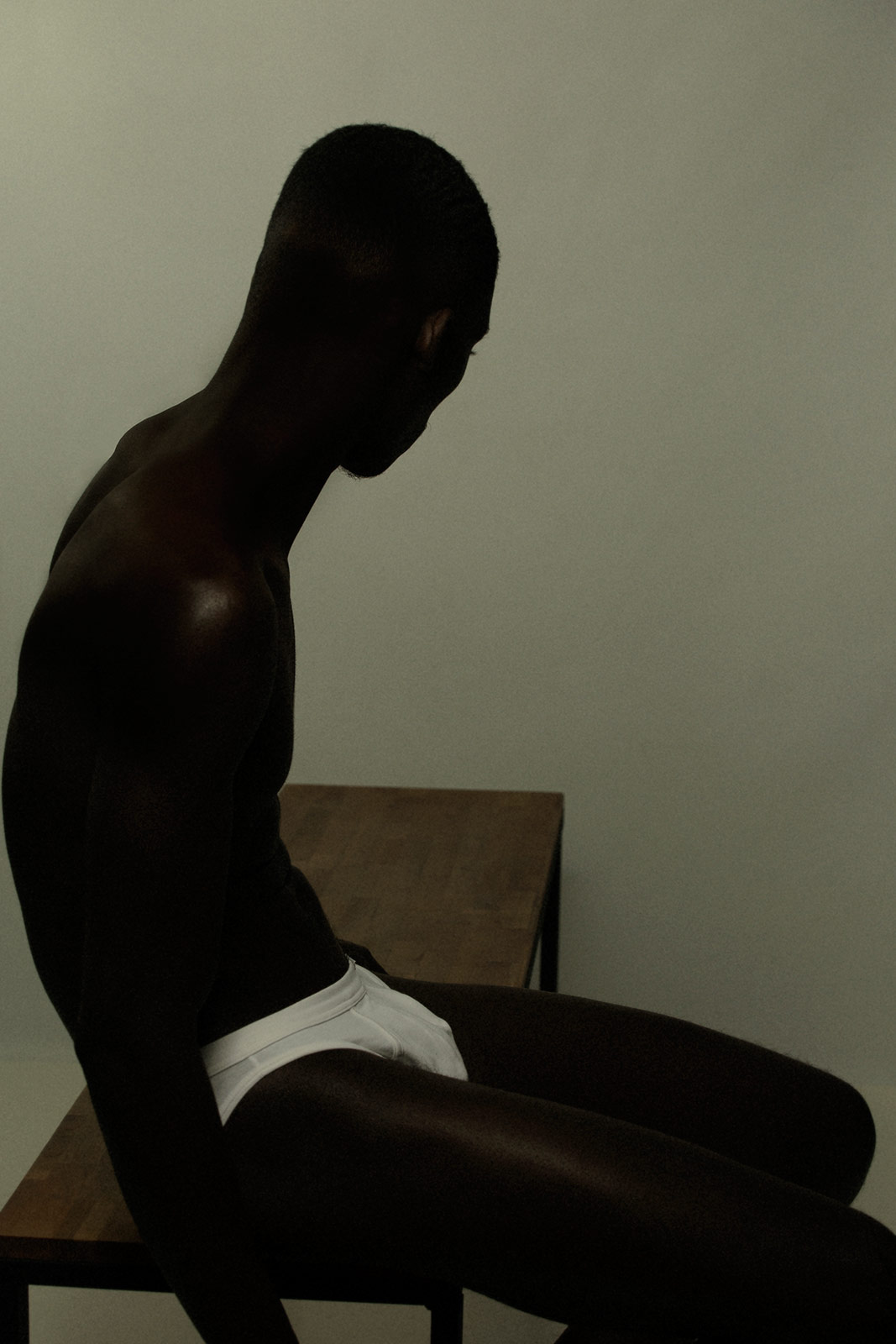 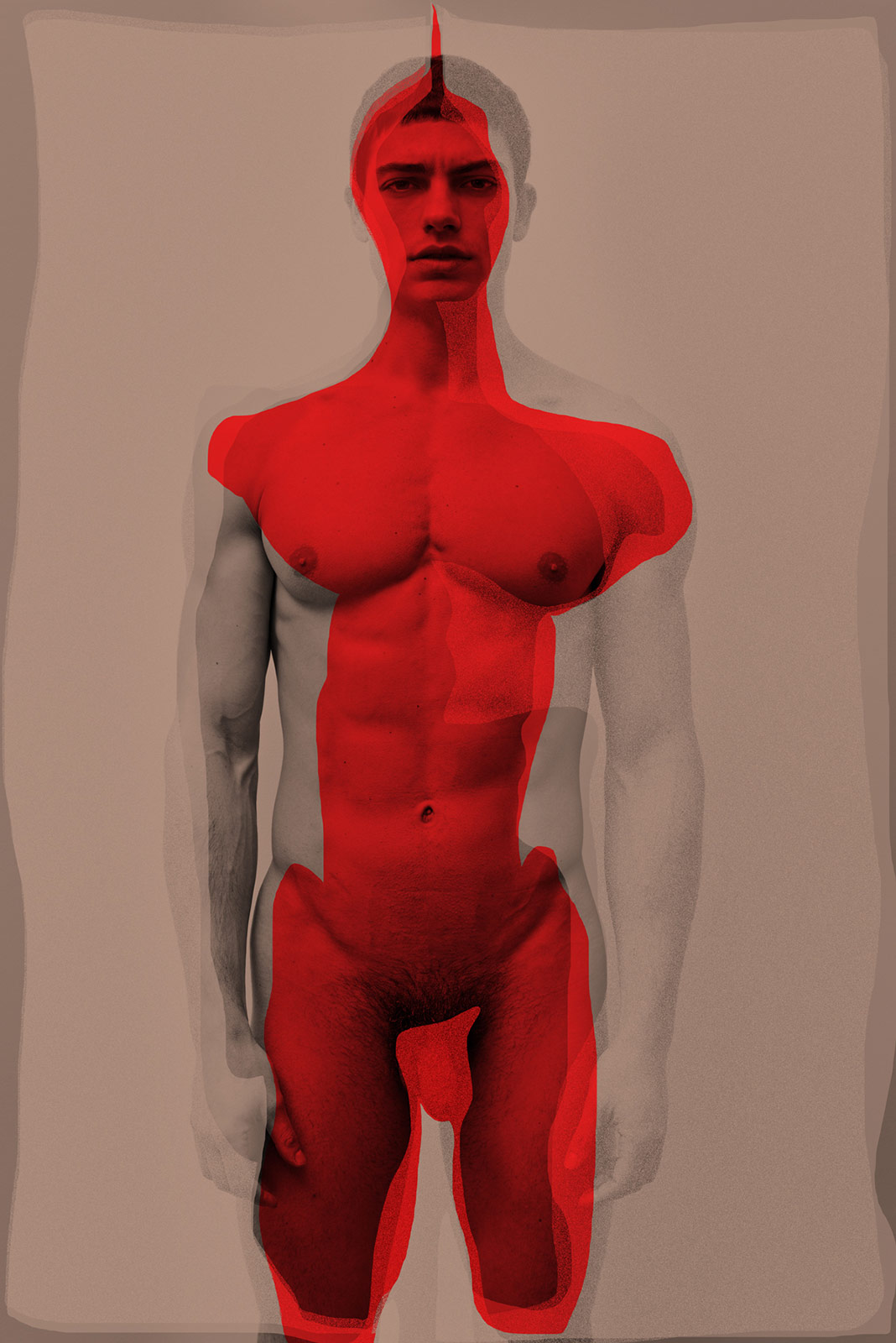 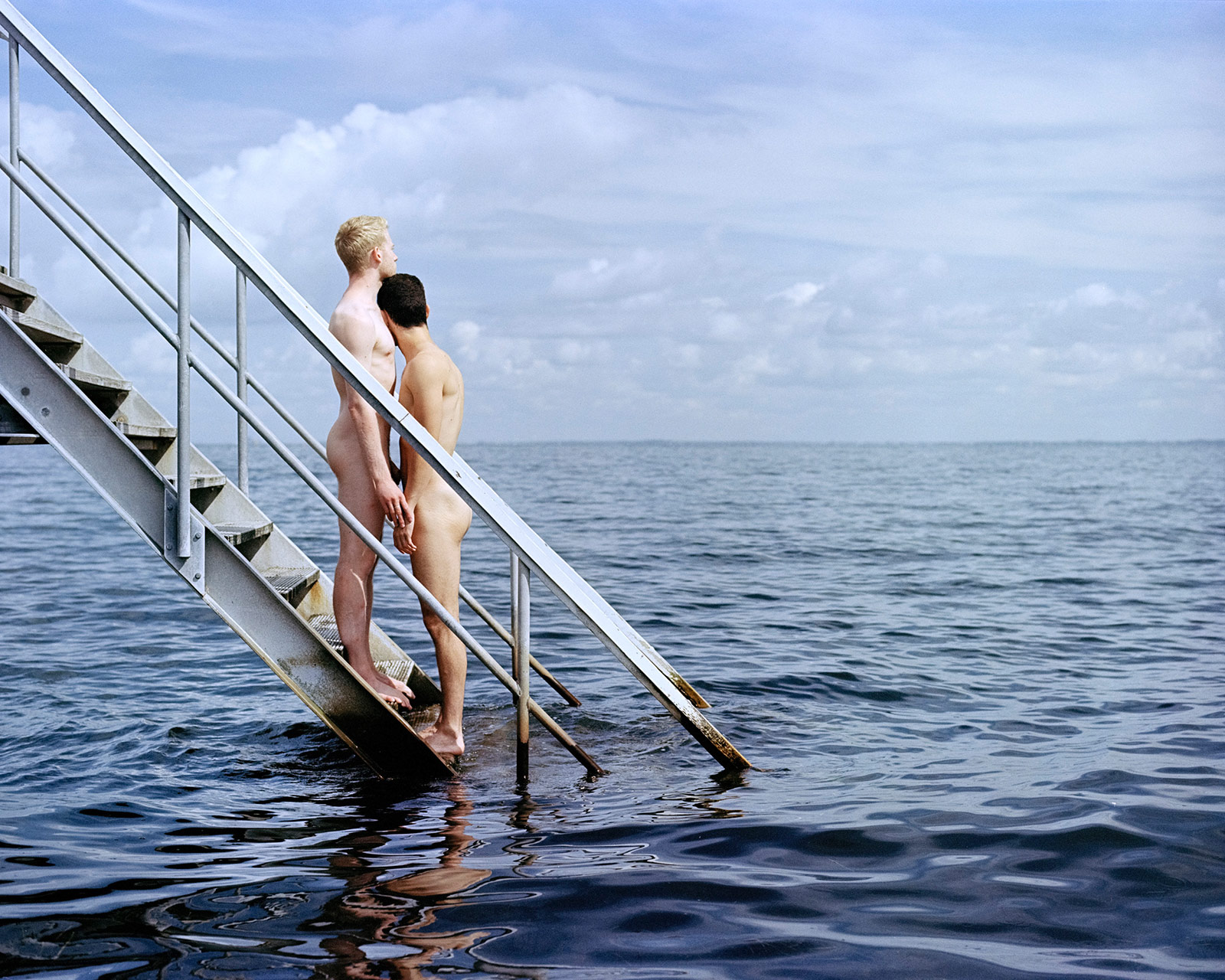 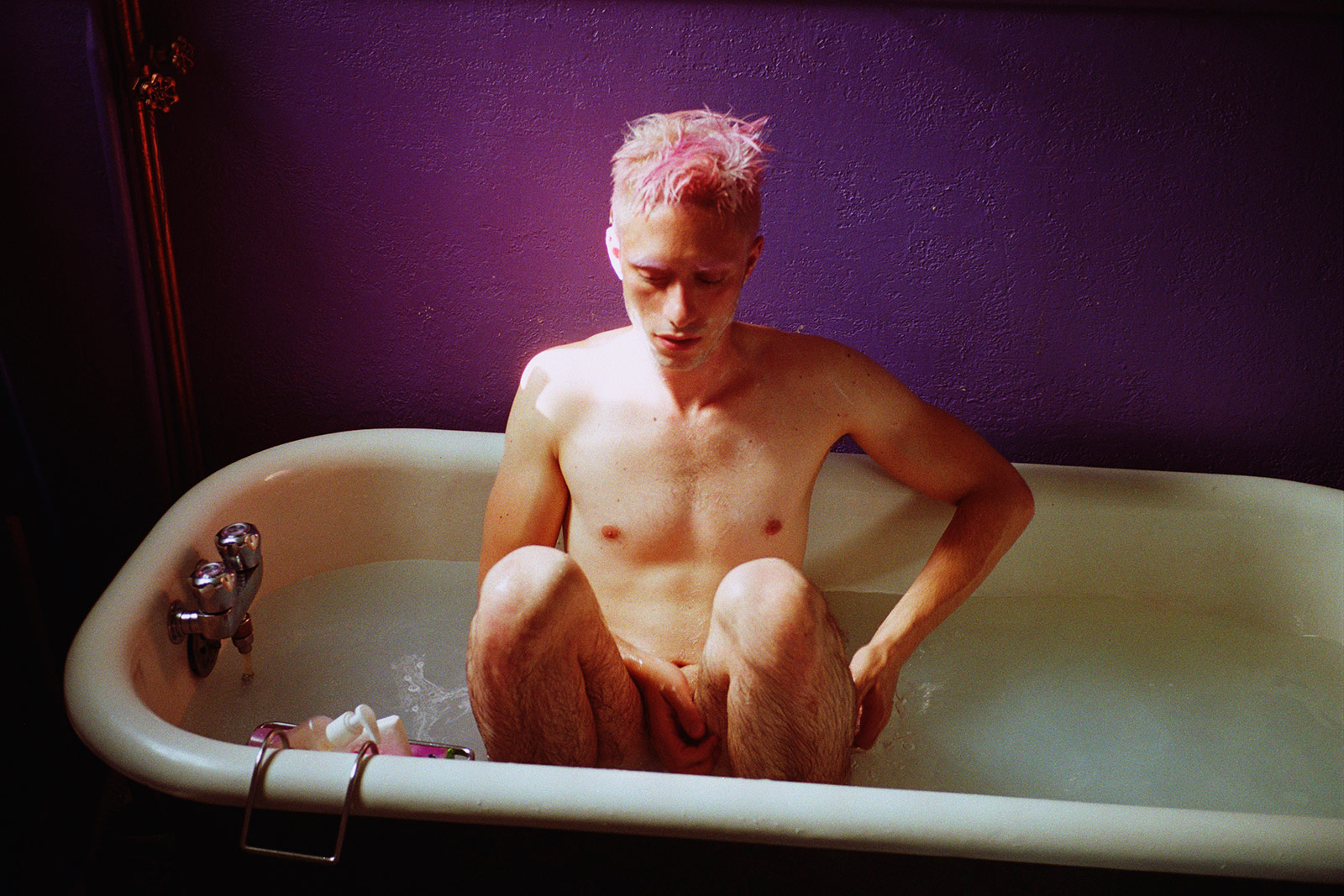 Shade In The Bathtub © Tyler Udall 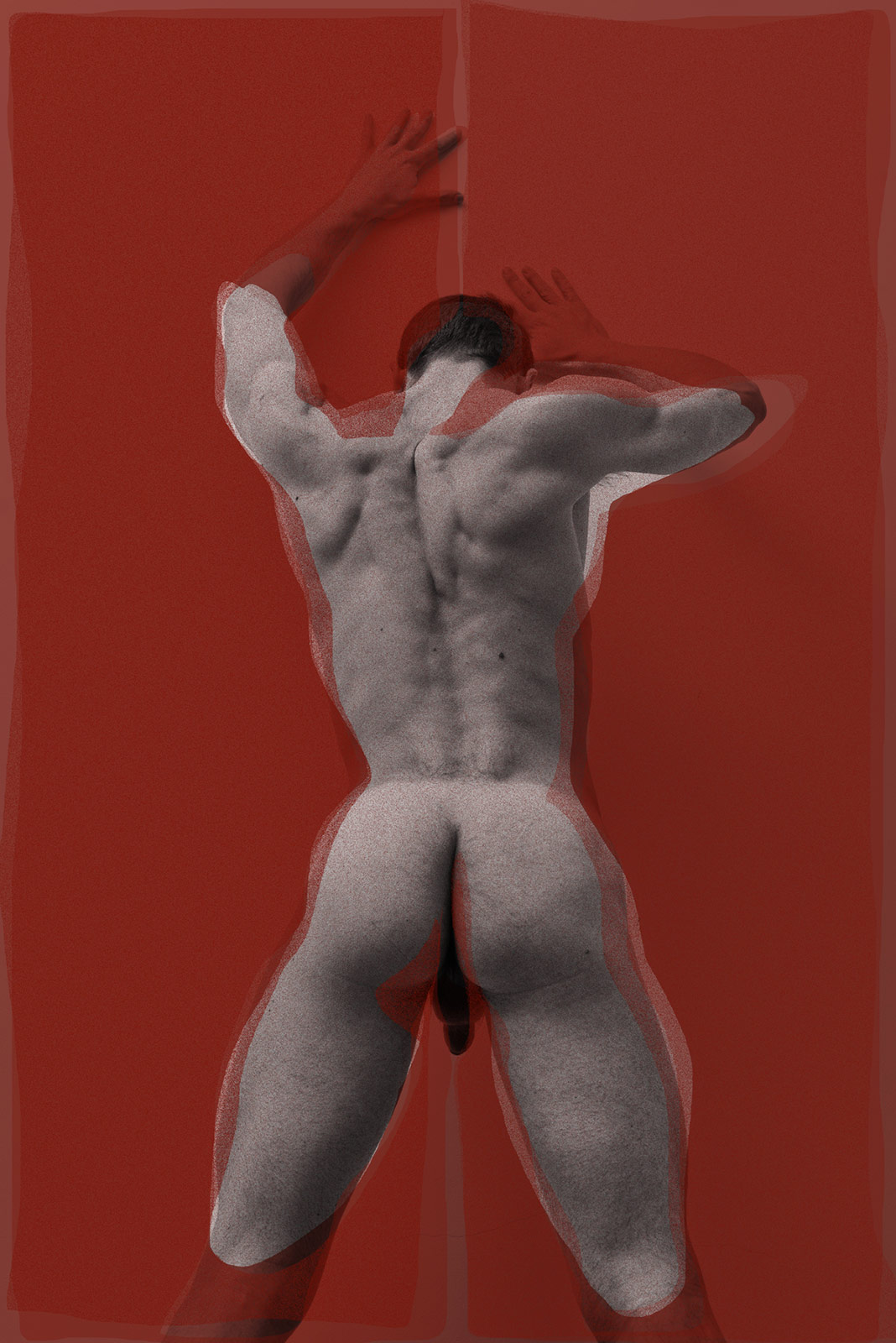 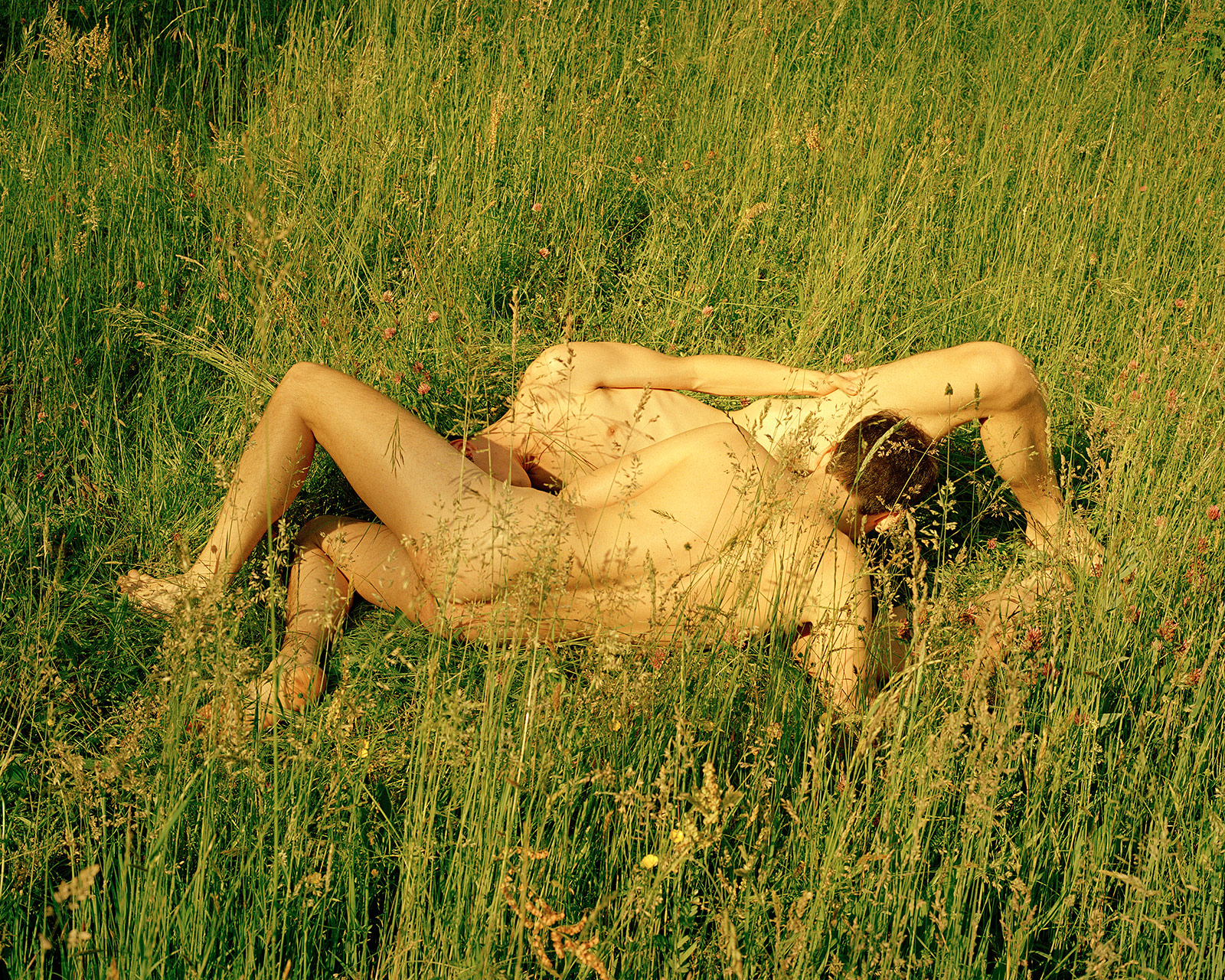