Remembering a year in pictures 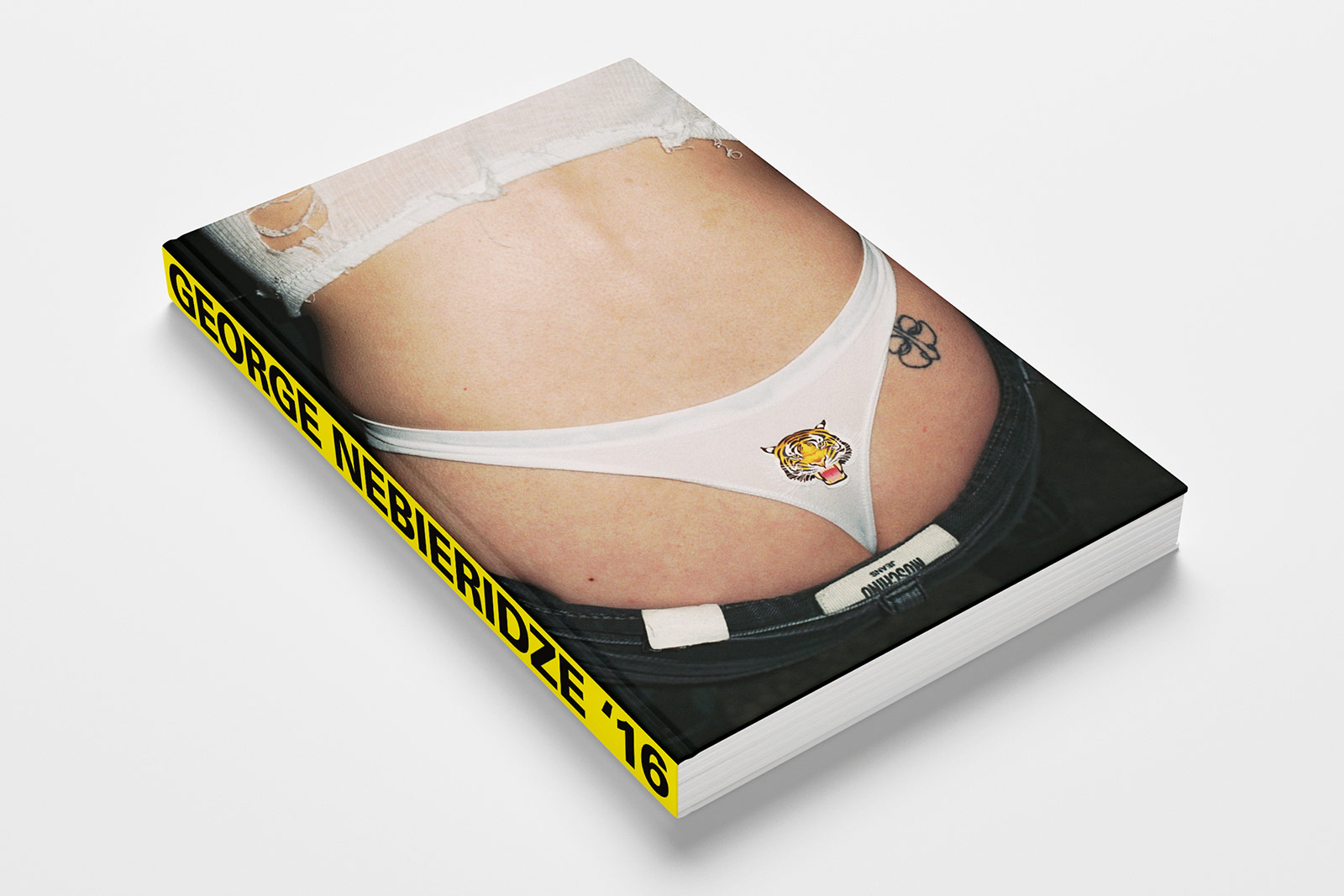 Berlin-based Georgian photographer George Nebieridze introduces his new book, titled '16, which is a retrospective of last year. The crazy nightlife of Berlin, raw scenes, changing moods, switching emotions, diverse moments, everyday fragments, sudden shots, provocative settings and sexual liberation are what make the publication so spaced out. '16 allows readers to appreciate people and experience situations through the photographer's lens. It is a rare representation of how one can break free from socially accepted rules, labels, morals, and stigmas. Behind every photograph, there is a story to tell, something to always remind of and maybe not to share with the grandchildren.
It’s been almost a year since I first interviewed you. I remember you were working on your first book, '15, and you’ve recently released a second one, titled '16. Tell me all about it.
Actually, it has been almost two years since our last interview. '15 and '16 are both parts of my book series representing the main line of my photographic work. Both show one year in my life, from the 1st of January till the 31st of December, documented in an artistic style. However, there are differences: '16 is almost twice as big as '15, and thanks to Tiago Biscaia – who is an exceptional designer and my partner in this project –, the book has a brand new layout system and design. Viewers might notice the formations I had in my personal life during 2016: new muses and objects, and a slight direction change in my field of view.
You always support and celebrate LGBTQ scene and queerness through your photography. People got sexually liberated in Germany a long time ago and especially Berlin, which is exemplary to other European cities with its level of openness and freedom. On the contrary, in your home country, Georgia, homophobia is still raging. How does conservative Georgian society view your work?
Being involved in the Berlin gay scene progressed my mentality and sexuality, therefore, documenting it as a part of my life was inevitable. On top of that, I had the inherited protest against homophobia, racism, and xenophobia. Soon I realized my work could play a role in self-expression and help spread the word. The fact that a young artist hailing from a country like Georgia has the ability to open his artistic intentions to this range carries a massive importance. My work and I are hated by the majority of Georgians, a society that suggests that homosexuality is a disease and everything different and unknown to them is destructive. One of my goals in my career is to give a finger to the mass society with my photographs. 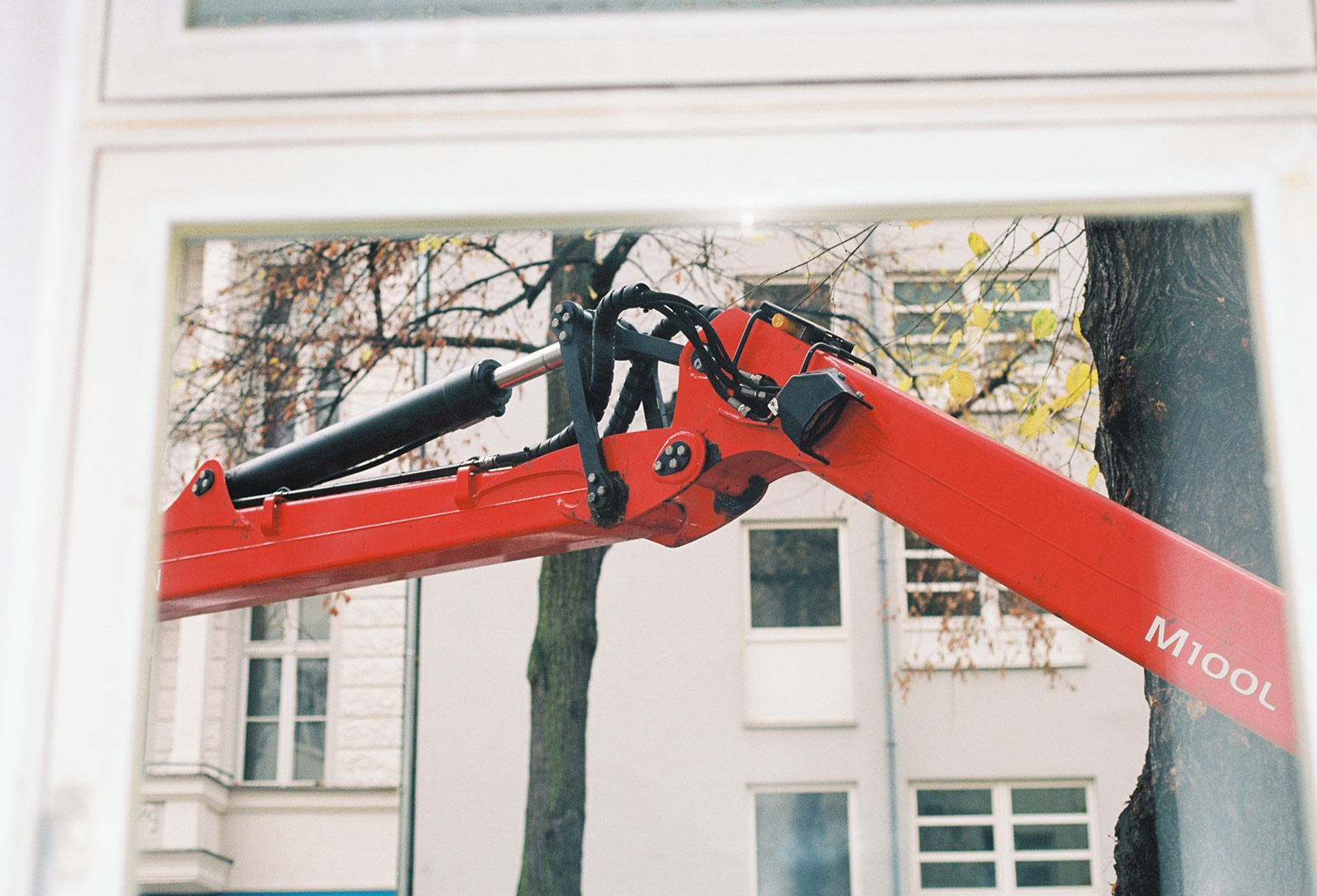 Through your photographs, we see both the house parties and the underground scene of Berlin. What are the main differences between photographing fun at home and photographing fun in the club?
Most of the pictures of house parties are taken after having spent hours in clubs; they are nights that people don’t want to end. Sometimes it goes for more than a week; people come and go to the place and the party keeps on going. At home, they are even more liberated, there’s more intimacy, it’s less loud and you can actually communicate and have long down talks. In the clubs, however, you have less privacy, but that's what makes it interesting. Some people prefer to have sex in the clubs rather than home – it turns a lot of people on. As a photographer I can find the inspiration anywhere, depends on how I feel at a particular moment.
I don’t know if you have ever looked at your images from a fashion perspective but there definitely is this unintentional but vivid demonstration of today’s obsession with the ‘90s style. Might you ever consider collaborating with fashion brands like Vêtements, for instance?
My photography has always been quite grungy, plus I shoot people who are around me in certain moments and some of them happen to be consumers of various brands. I actually wouldn’t say that my photos have the ‘90s aesthetics that much. It’s happening now, in 2017, and it’s very present. Some people on the photos just happen to be wearing some ‘90s apparel. I work with fashion brands and magazines from time to time and I would consider doing it again. Shooting fashion can be effective financially, but I’m very picky when it comes to that – I won’t work for just anybody. But I would rather focus my energy on fine art photography and book publishing.

“One of my goals in my career is to give a finger to the mass society with my photographs.”
What I find really interesting in the compilation of photographs introduced in '16 is the clash between something very pure versus something really raw. At one point, we see orgy shots from the crazy nights of Herrensauna, a guy giving a blowjob to another guy, etc. And then there is this large image of Berliner Dom; your daughter Wilhelmina dreaming of her teddy bear or dressed up as a princess surrounded by all those trippy people. Do you draw a line between personal and public, disclosed and undisclosed?
Yes, that is one of my biggest obsessions, keeping the diverse moments close to each other. In that way, the sequence of the book becomes some sort of a rollercoaster that keeps the viewers amused and intrigued. It also reveals my range of interests. Anything can end up being a subject of my photograph, literally. My life is like this, most of the photos are really personal and I don’t have any issues with exposing those shots to the public.
How has your life changed after having become the father of two? Do you find any time for photographing?
It has been absolutely insane, my bag is full of diapers and wet wipes along with film and camera lenses. I think I will always find time to shoot. My work doesn’t really require that much of an arrangement and planning. I’m very lucky to have several people around me who help a lot with the kids and with the shootings. So I couldn’t be happier.
In our first interview for METAL, I asked you to tell me stories behind some of your photographs. Let’s repeat that.
I would like to talk about these two photos: 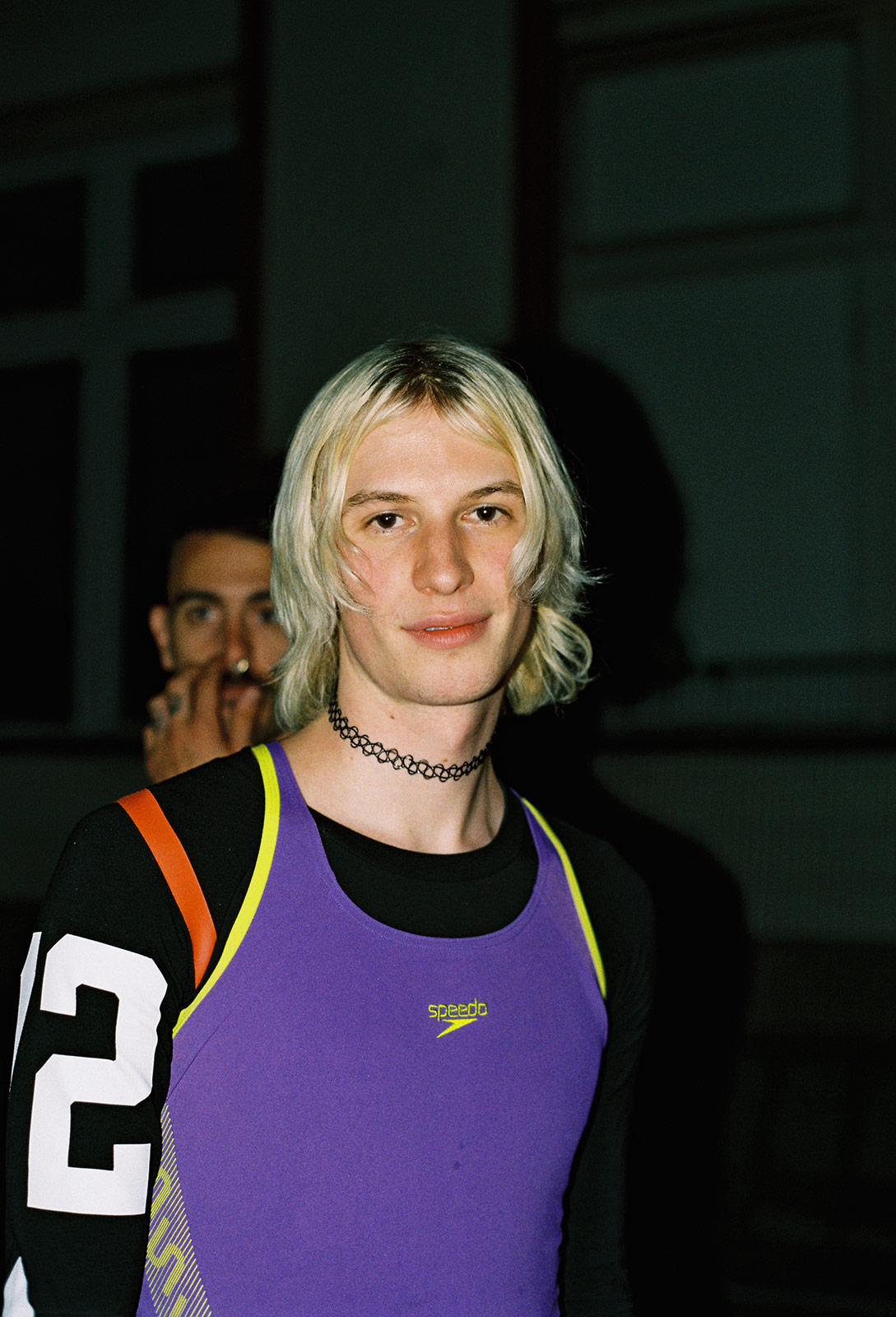 Untitled [Ande] 2016
The first photo shows a very dear person to me whom I met at one of the classic Herrensauna parties. Her name is Ande and she had just started her transition that same week the picture was taken. She now looks even more beautiful and has a music career under the name Lyra. She is one of the most significant people I know and I’m happy to have captured her in this very sensitive and important phase of her life. 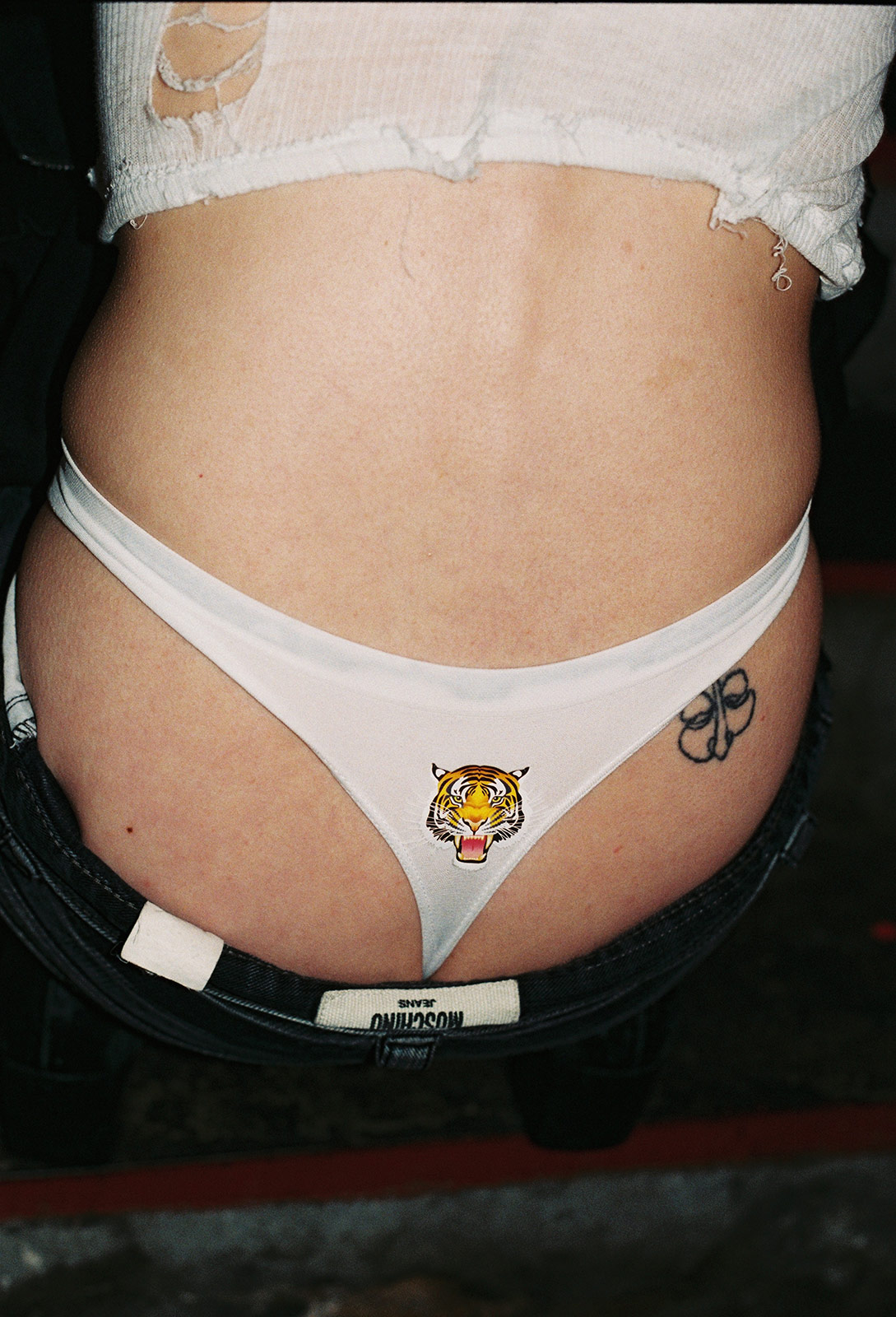 Untitled [Tiger Tanga] 2016
The designer of my book and one of the most talented people I've met, Tiago Biscaia, suggested that we could use this photo for the front cover of '16. He explained that it includes different elements that describe my work almost entirely. It has sexuality, fashion, grunginess, shapes with lines completed by the figure of a tiger in the middle and carries many hidden symbols with different clues. I had never appreciated this shot properly until Tiago and I had that talk. The photo was taken at Herrensauna during its legendary times at a club called Bertrams. I sincerely miss those times and believe that decades from now it's going to have an even bigger value, marking a very significant period of Berlin’s underground club scene.
You have taken pictures of some prominent recording artists recently, and I know Richard D. James has been your lifelong inspiration. What relationship is there between music and your photography? What could be the soundtrack of your book?
I’ve been actively involved in the music industry for the past couple of years approximately, working with labels, clubs, festivals and artists – Tresor, Underground Resistance, Northern Electronics, Berlin Atonal and Nine Inch Nails, for example. I also enjoy portraying artists and communicate directly with some incredible and influential people.
Regarding Richard and his work, it goes beyond music. His aesthetics and collaborations through the past decades have caused a revolutionary impact on many artists in different mediums. I had the pleasure to see him perform last summer in Finland, where I was working for Resident Advisor. That set changed my life, I literally couldn’t speak for several hours after the show.
It is hard to say what particular music can suit the book. It’s so diverse to me, I could maybe give each page its own soundtrack. There are lots of techno and acid, industrial and even synth photos here, but overall the book sounds very rock ‘n’ roll to me, something like PJ Harvey’s early albums or My Bloody Valentine.
Where can we buy or pre-order your book?
The book is available online for pre-order and will get to its owners around Christmas. It is planned to be sold exclusively in only two bookstores in Berlin: Echo Bucher, which is an incredible place for music and art lovers oriented to electronic and underground music, and Prinz Eisenherz Buchladen, which is a famous queer bookshop in the beautiful neighbourhood of Schöneberg, near Nollendorfplatz. 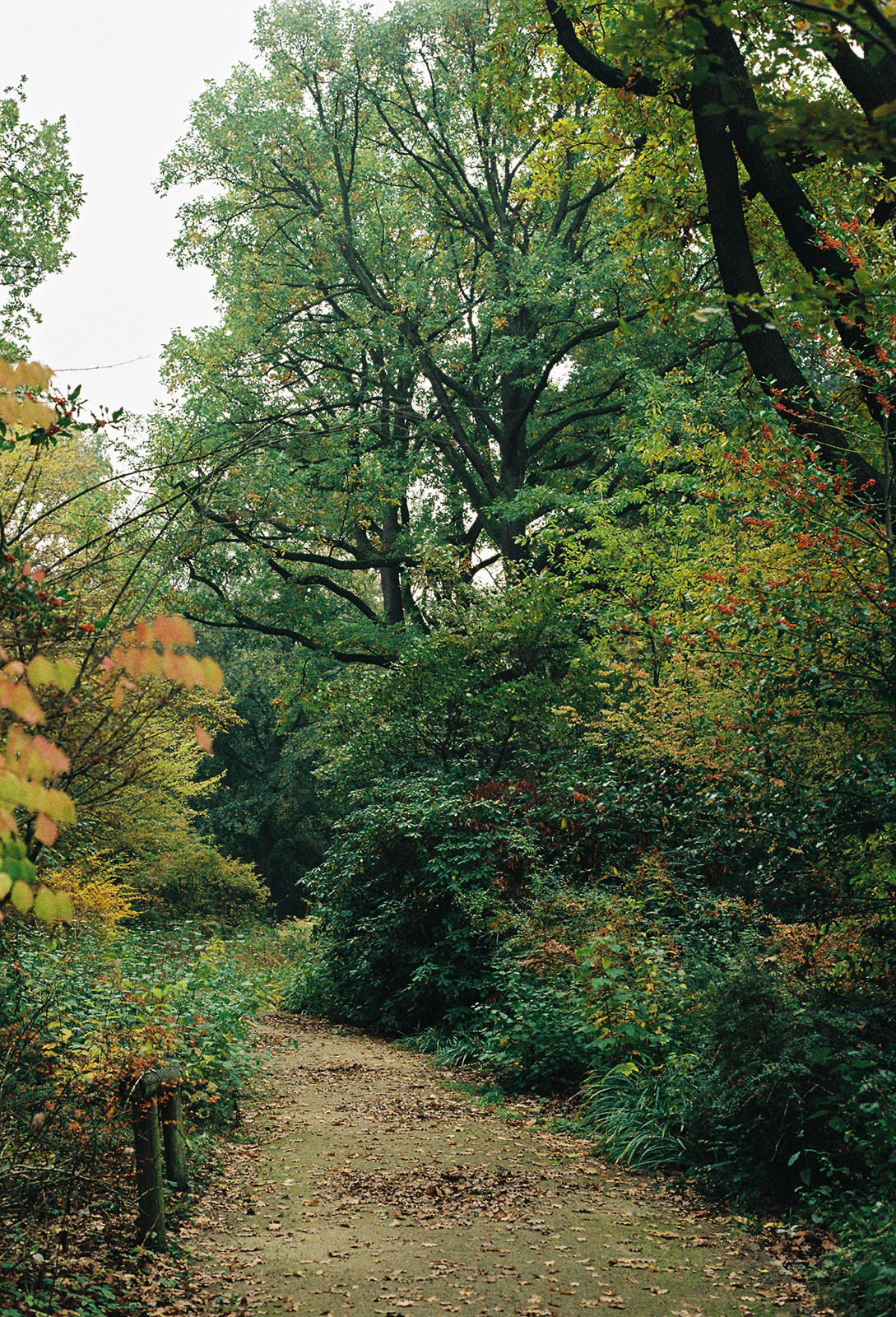 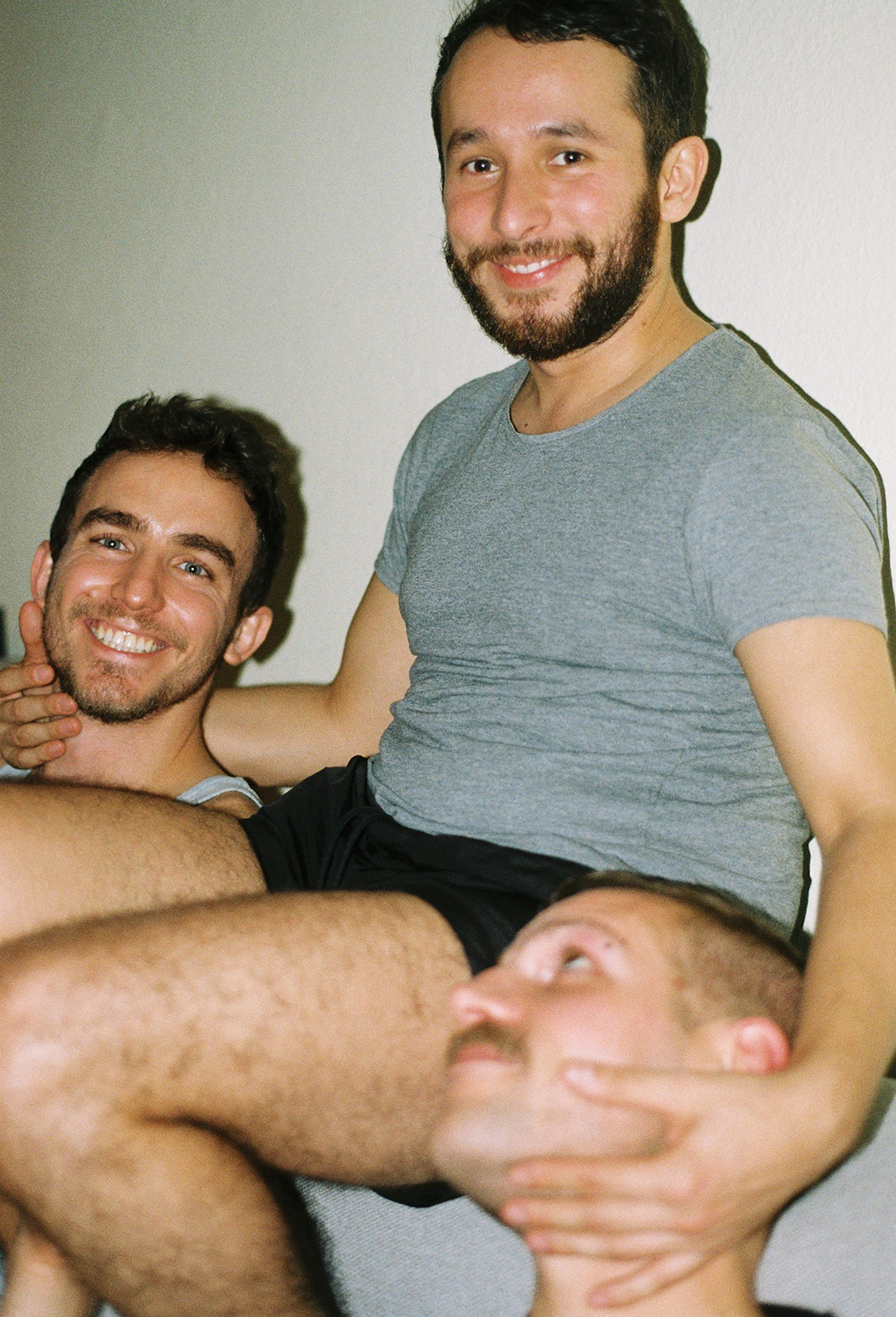 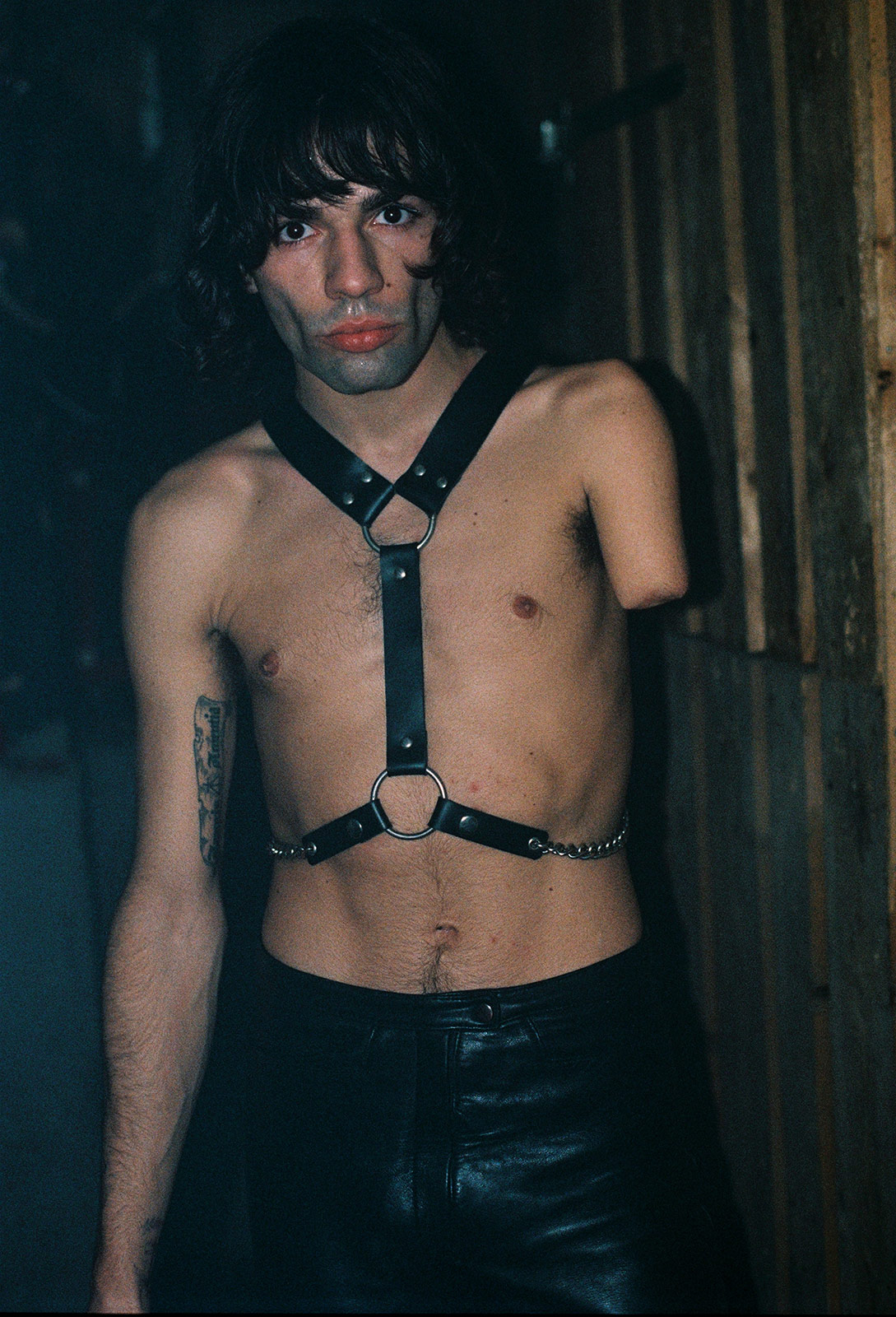 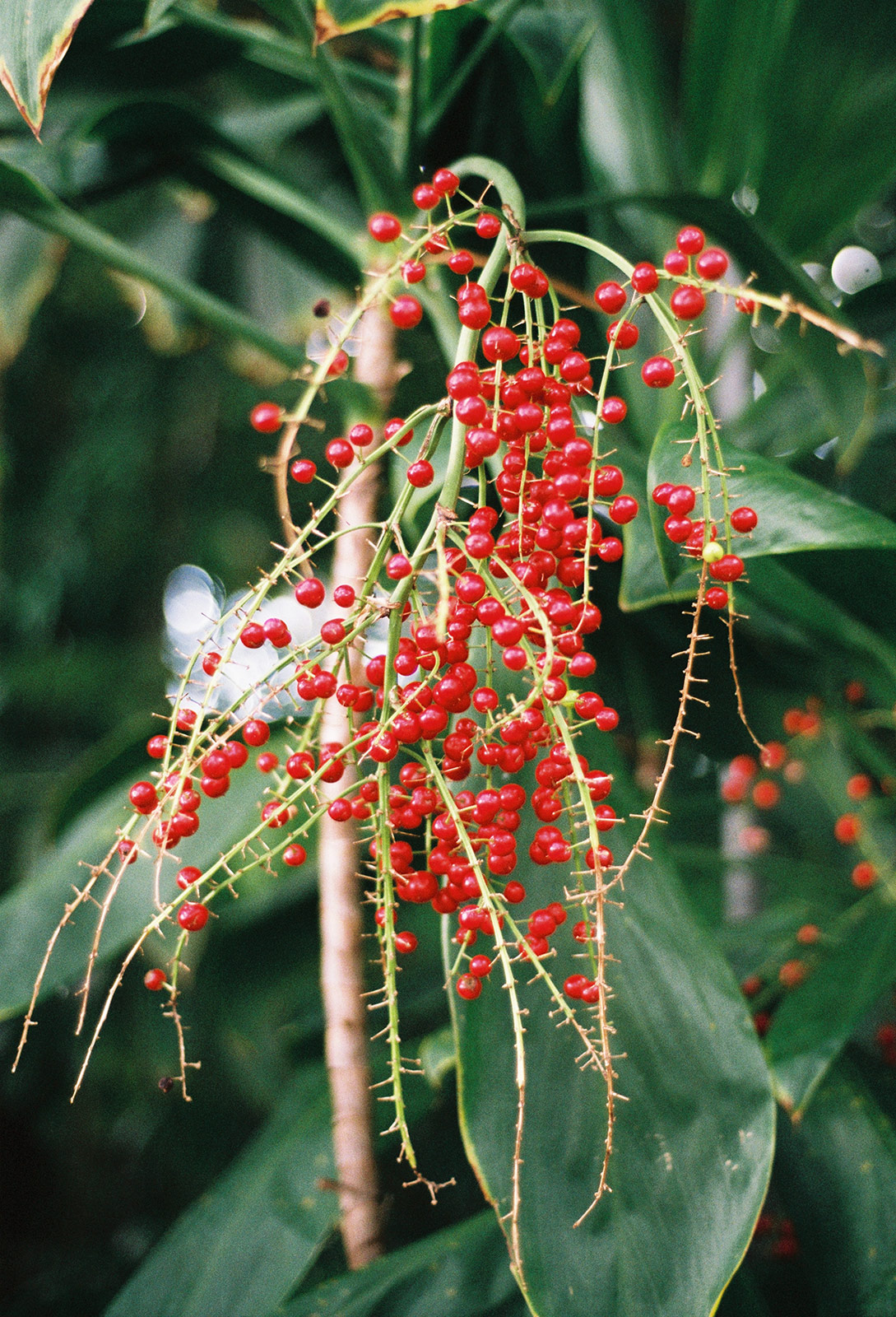 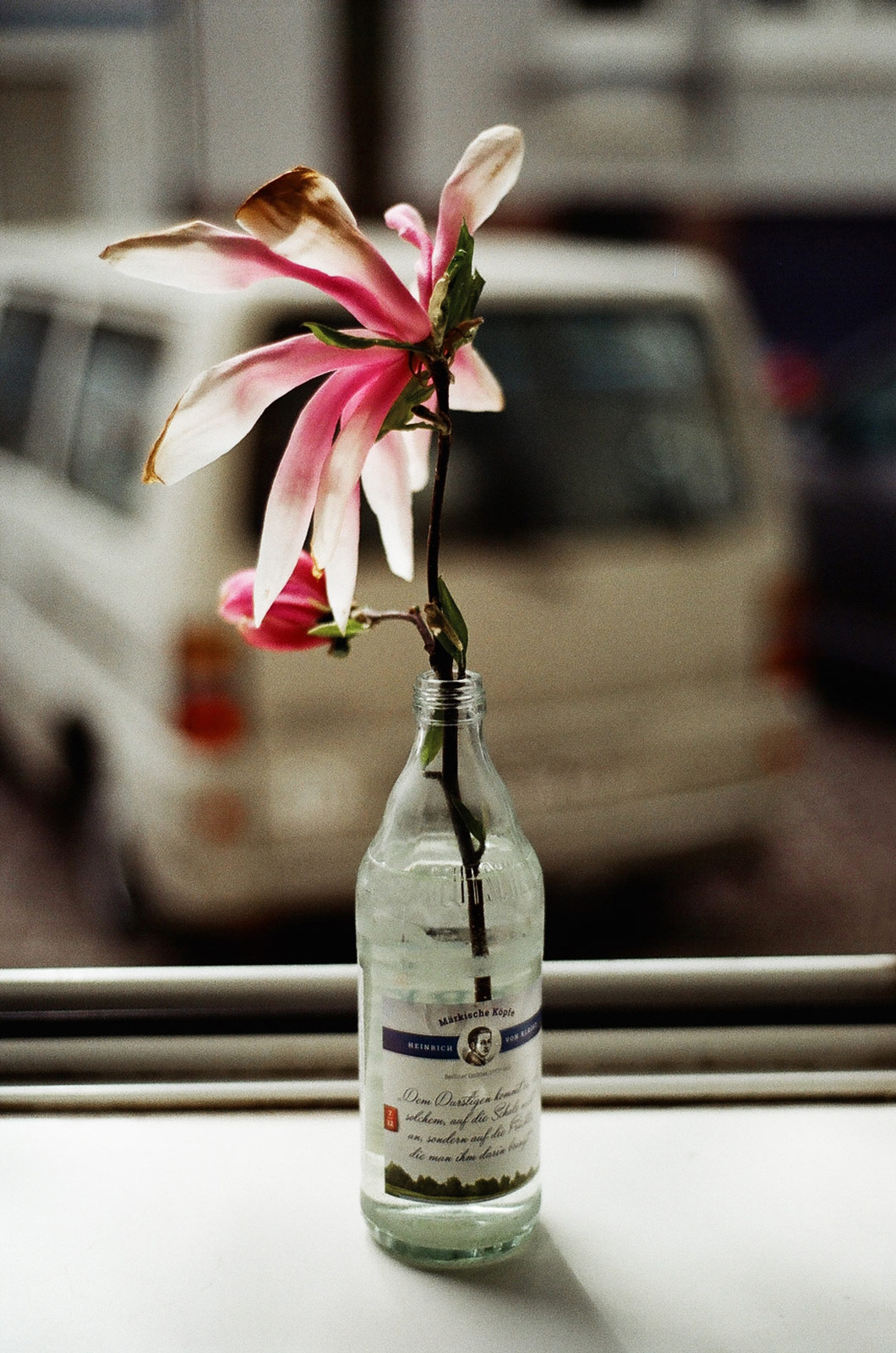 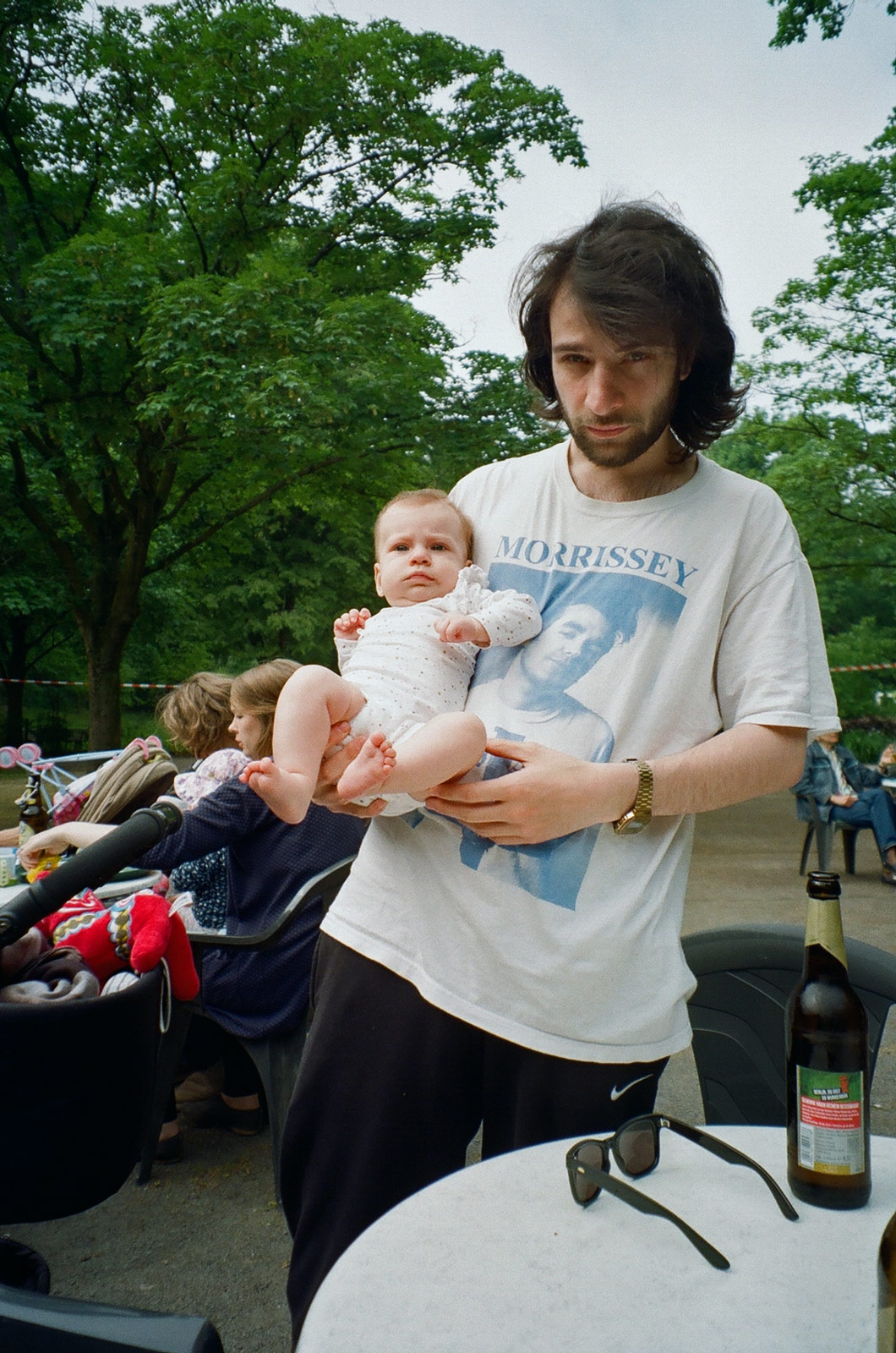 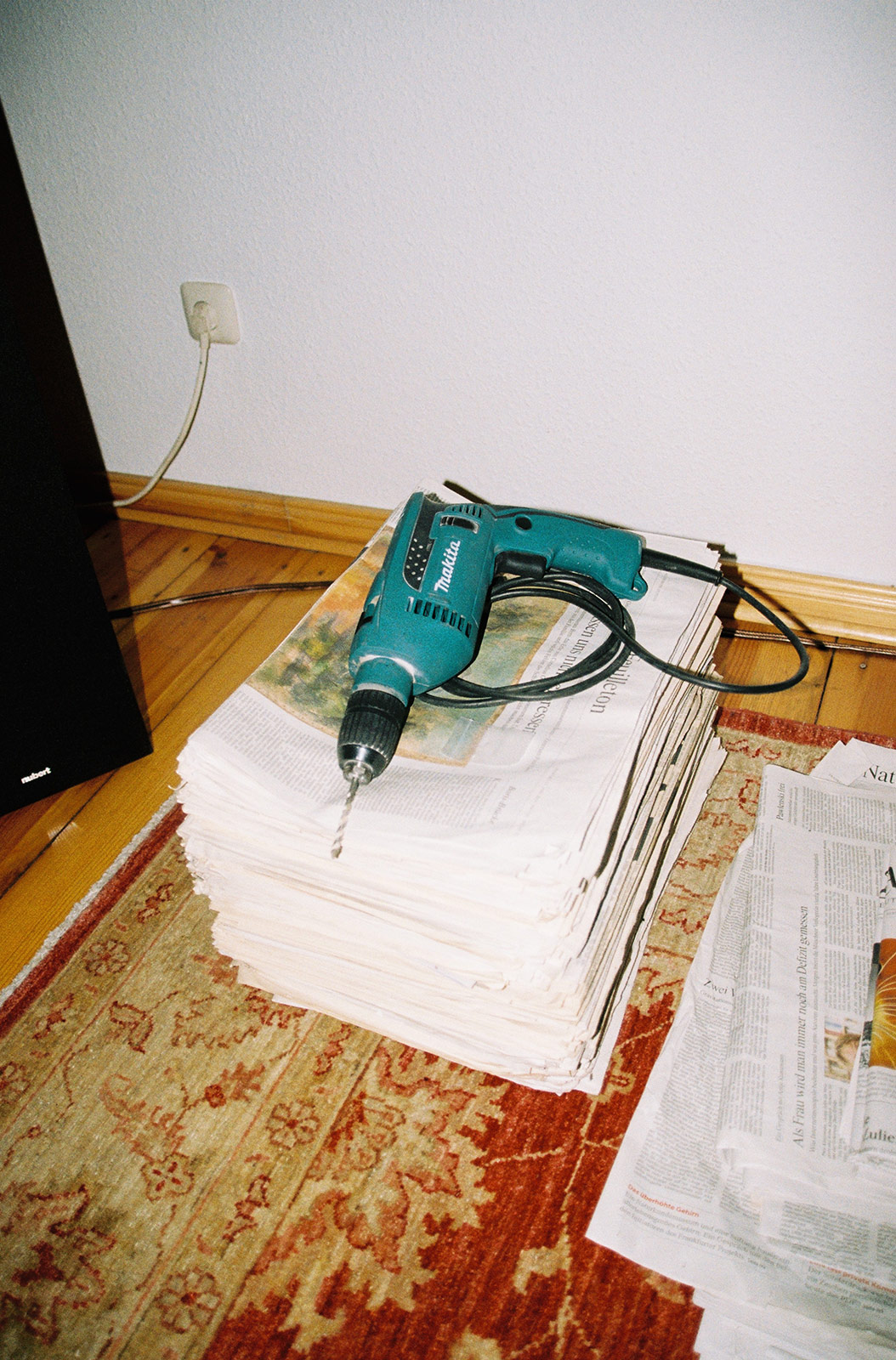 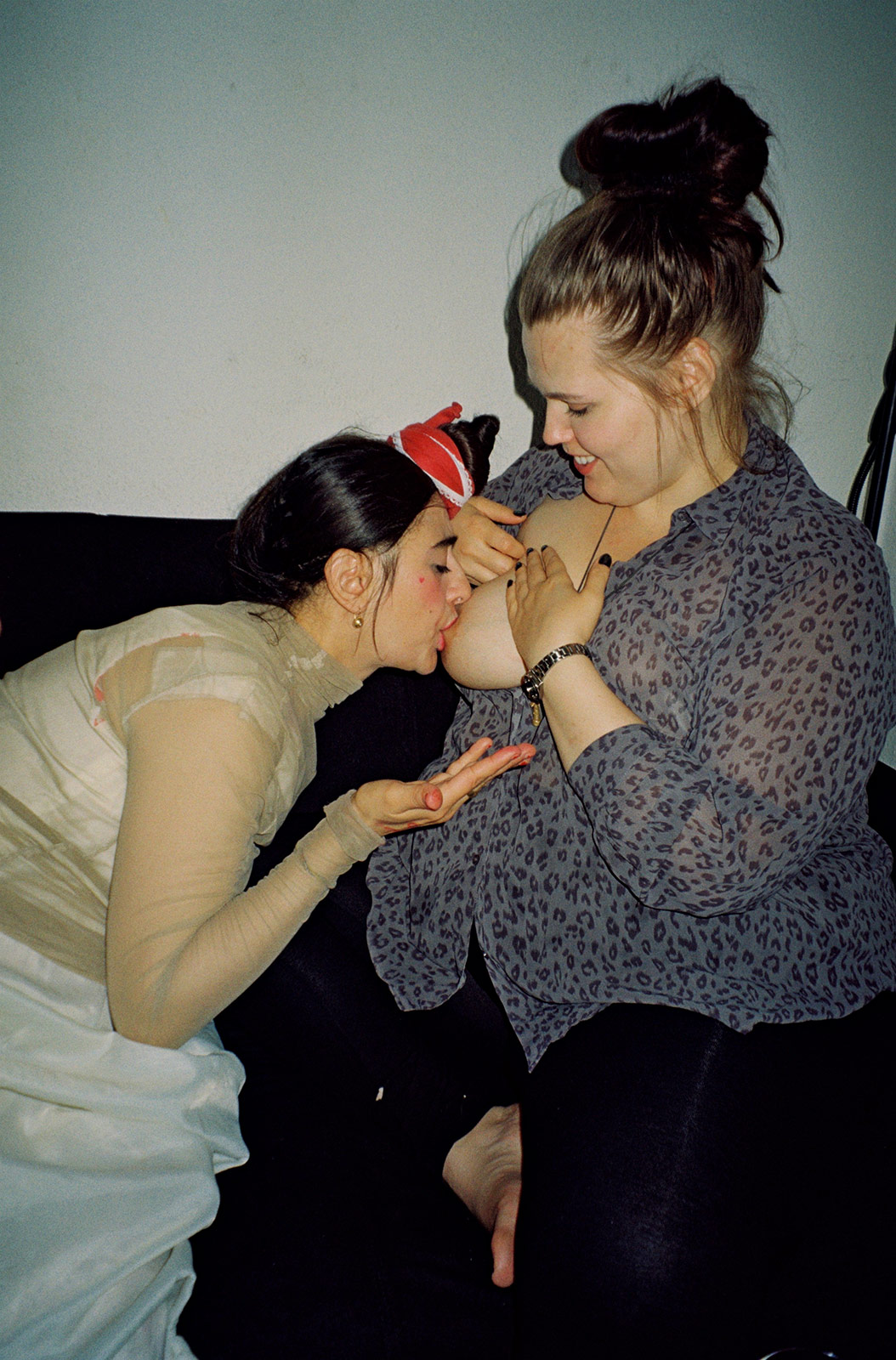