A celebration of black identity 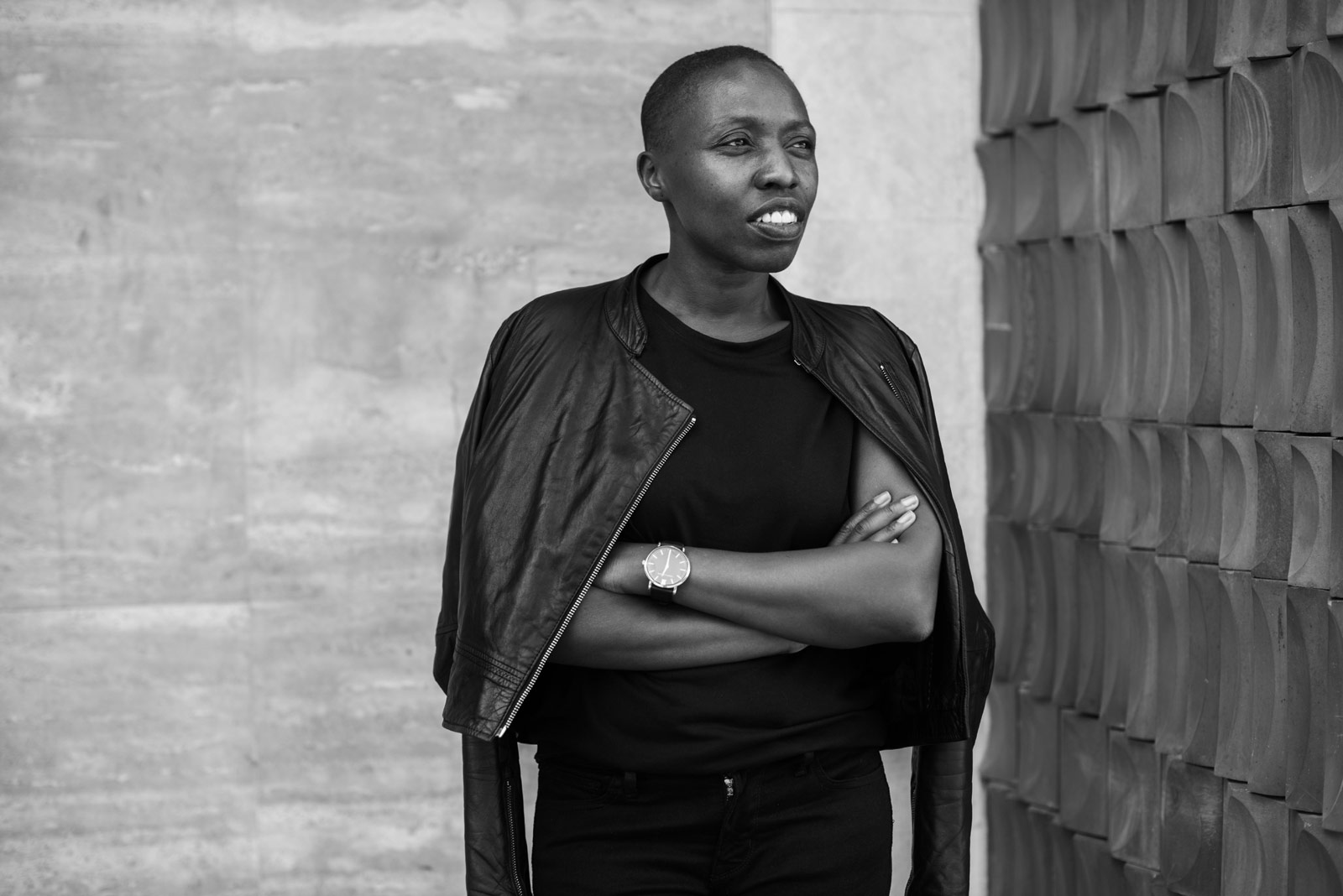 Marie Gomis-Trezise had been working in the music industry for several years before finally pursuing her real passion: art. With no prior experience in the art world, she courageously opened Galerie Number 8, an online gallery where she represents and showcases the work of African photographers and artists celebrating black identity. Now, two years later, she’s still making every effort to make it viable – and it seems to be paying off. After a successful year, where she’s participated in art fairs like AKAA in Paris, and with an exciting 2019 ahead, we speak with Marie about fighting racism, the most exciting emerging African talents, and the struggle of working for one’s dreams.
Hello Marie, could you tell us who you are briefly?
I was born in Marseille (France) but my parents are Senegalese and from Guinea Bissau. So I’m the child of first-generation immigrants – my dad arrived at Marseille in 1947. I had a very happy childhood, spent my twenties and thirties in Paris as a record executive, and then moved to London. I had two children on the way and moved to Brussels ten years ago, primarily because we were economically challenged by the living costs of London, especially since we were working in the music business, which was in meltdown at the time. I did a few things, like helping my husband, who is a music manager, and then decided it was time for me to focus on my passion. I was encouraged because people could see I had a good eye, and I realised I had one!
You founded Galerie N° 8 in 2016. But you hadn’t worked in an art gallery (or art institution) before. So how did you come up with the idea?
I have a lot of experience in working with artists. For many years, I’ve connected talent with third parties, creatives or businesses, and sometimes, got frustrated by how things went – I thought I should or could have done things slightly differently. At some point, I decided to do it for myself with my own vision.
What were the main challenges you faced at the beginning?
The main challenges were being totally alone with my own ideas and have no clue if they meant anything to somebody else, and realising that it’s a rich people’s game – and I have no money! (Laughs) 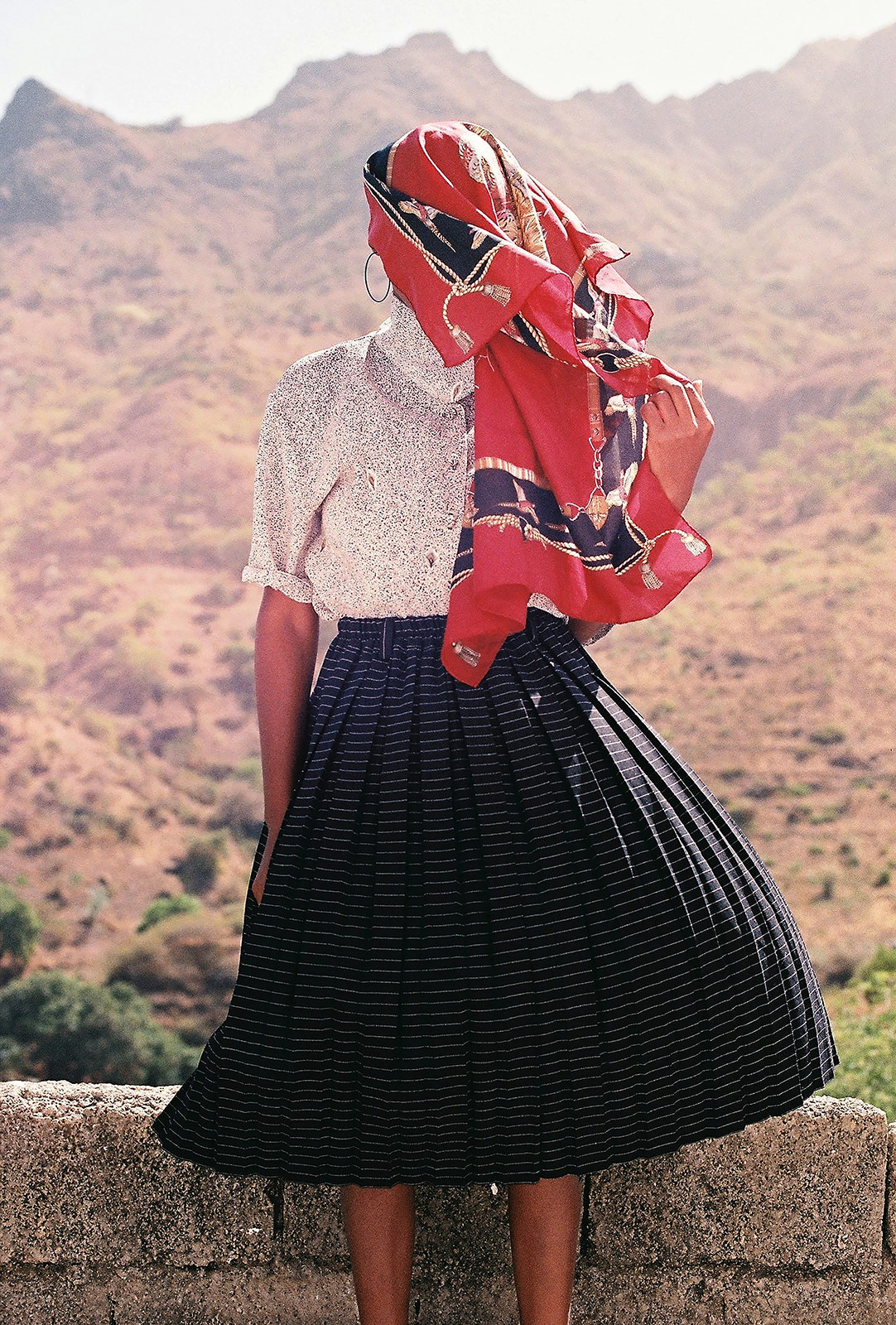 Alexia Fiasco
The gallery exhibits and represents emerging and mid-career artists “celebrating black identity” and “exploring topics across cultural identity”, as you state in your website. I assume that your ethnicity has a lot to do with that.
Yes, it does, definitely. I naturally gravitate to what I understand. I’m black, and I’m proud of it. Obviously, I feel it’s better to represent what I am aware of in every which way. My kids are mixed race and have a different journey ahead. But I’m fascinated by that whole process, especially living in Europe and at this time (this divided time).
I feel very, very strongly against the division that powerful people are creating by wanting to control the way money flows, or by dictating what is and what isn’t acceptable. If I can do anything within my tiny, minuscule possibilities, then that’s positive. That comes from my heart and represents where I come from, so that’s what I’m going to do! You have to stand up for your beliefs – the older I get, the more I realise that. I think it’s essential for anybody to do that in any which way. If I can express myself through my gallery and by working with people that inspire me… it’s for good.
In addition to the characteristics already mentioned – emerging or mid-career, and celebrating black identity –, what other criteria do you use to choose your artists? What role does intuition play in that decision-making process?
It’s all about intuition – I guess it’s the way I would approach anything. It’s just about having a feeling for the art and the person, having that connection. It’s the same sort of thing in music. There are lots of talented people making music, but there are very few special people making music. Essentially, follow your instincts and focus on the people that you find special.
How do you feel you’ve evolved and improved as a gallerist after these two years?
It’s like climbing a sheer cliff face, and you’re clinging on for dear life. It’s the most bizarre job because you are following your intuition, exclusively following your own taste, and you have that excitement about discovery. You also have that fulfilment when people acknowledge and appreciate your work and want to exhibit or buy the pieces that you represent. That’s a real buzz!
So, I’m learning every day – I must have an open mindset and know that I will learn something new every day. It’s so complex… It’s not just about intuition, taste or other capacities that help to discern what is or what isn’t good about something. You also need luck. Things have to go your way at some point, and you have to work very hard for it to happen – or to have a chance of happening. 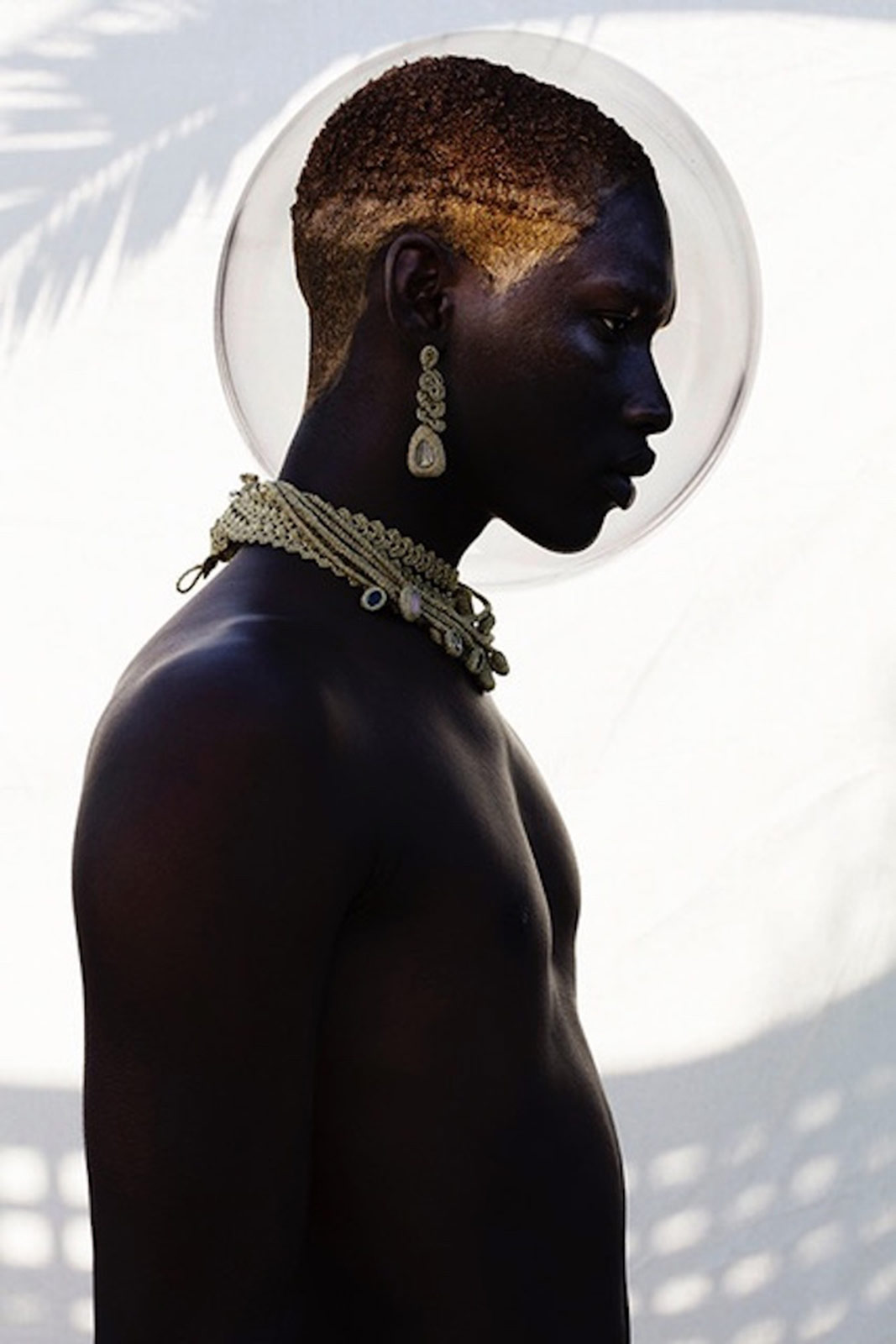 Djeneba Aduayom
Your gallery is online, so you don’t have a brick-and-mortar venue to showcase your artists. You mainly do it through the Internet, although you do participate in art fairs. How did the idea of creating an online art gallery come up?
It felt like the logical step for me. I’m a late adopter of the Internet and buying online. Having an online gallery gives you a global reach potential for a comparatively small outlay. Don’t get me wrong, you have a tremendous task in attracting the discerning buyer to an unknown gallery, but I think people know what they like when they see it.
What are the pros and cons of having an Internet-based gallery? Are people more sceptical when buying art online, for example?
The advantage is that you can potentially reach a global audience, but the disadvantage is that nobody will actually see your site until you commit to a marketing strategy, which is limited to your funds.
Giving support and visibility to black artists in a time when the world is shifting alarmingly and dramatically to the right has some political implications. Is this a way to fight racism? A way to educate the public while showcasing the talent of African creatives and their gaze? Maybe to build bridges between cultures?
I am black, and I am African. I’ve lived in big cities where I saw the differences between rich and poor, between black and white people – in the classroom, in public transportation, in the workplace, etc. There’s so much to be understood and to be done in conquering racism. I still feel it today in my everyday life. Even with their best intention, people often have a very naïve perception and misleading ideas about what it means to be black and African. It all merges into one in their eyes. The gallery allows me to have ‘a say’ and show diversity as I see it.
In addition to the artists you’re already working with, could you tell us five more names we should start following right now? Maybe you’re keeping an eye on them because you want to work with them but still haven’t had the chance…
Hmmm, very difficult to pick just five! But on the topic of exploring identity, here’s a mix of people I’ve just started to work with, collaborated with in the past, or have plans to work with in the future. Or people I just love – you can’t work with everybody, but you just want people you love to do very well, so you support them by sending positive vibes and encouraging them:
Ib Kamara is a fashion editor and stylist. He’s quite well-known now, a rising star. But he’s also a superb photographer – many people don’t know that. Ib can do whatever he wants, actually. He’s the real deal and a game changer.
Lakin Ogunbanwo is a fantastic photographer from Lagos and has an enormous commercial potential. The guy should shoot big campaign.
Oscar Yi Ou is just 20 years old. He’s an amazing painter and photographer of Chinese descent, from Liverpool but currently based in New York. I absolutely love his paintings.
Ben Biayenda is a multidisciplinary artist. I’ve been following him for a couple of years and was blown away by his presentation at La Biennale de Dakar last May. He’s only 20 years old!
Alexia Fiasco is a Paris-based photographer. She’s a new artist at Galerie Number 8, and I am very excited to present her powerful work during a show that I am planning for early 2019.
Oh, and there’s also Mous Lamrabat, a Morrocan photographer and director based in Belgium. You see, I could go on and on… 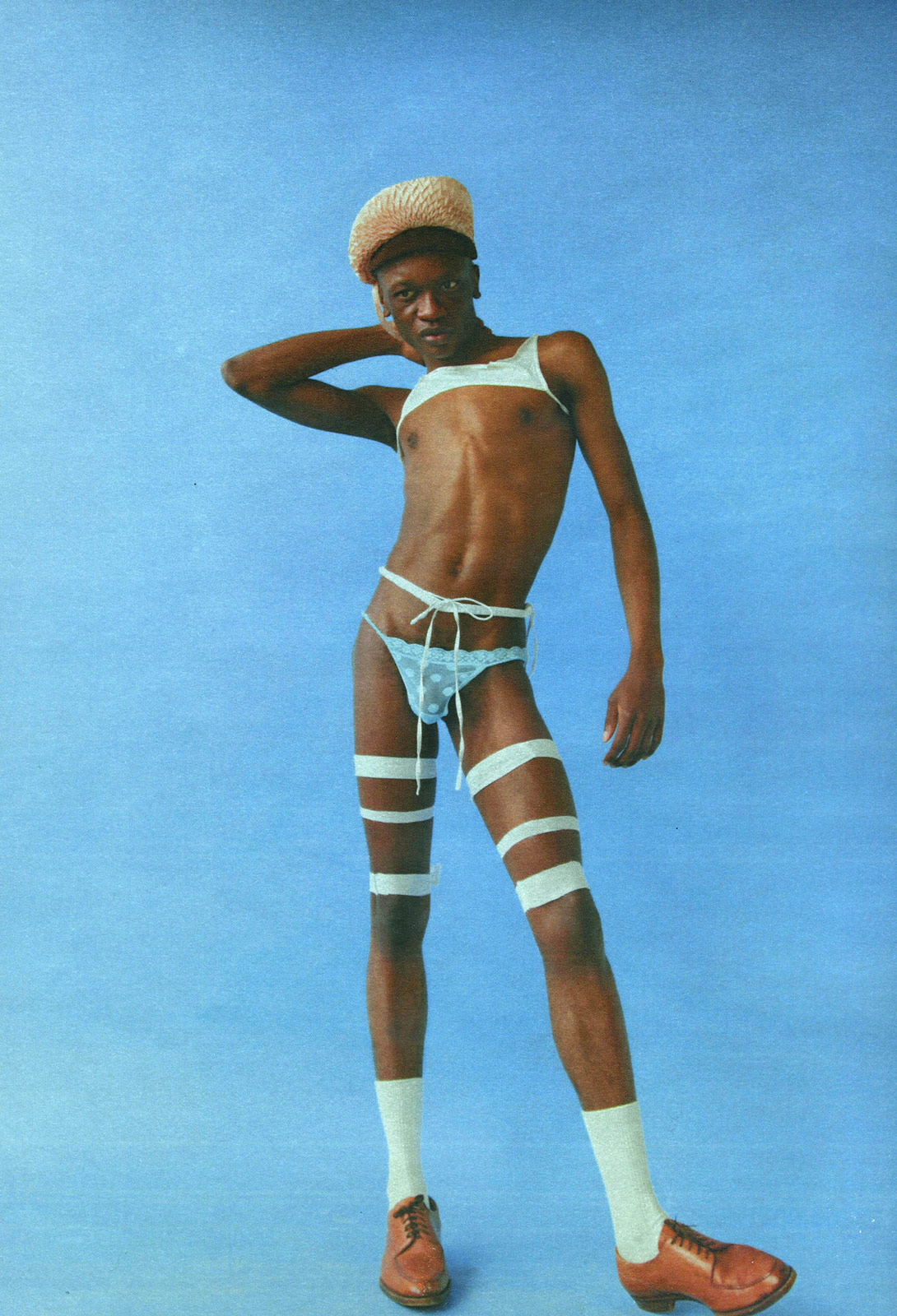 Ib Kamara
Africa (as a continent) and African creatives are being given more and more space in mass media internationally – more than ever before. But some fear it may be a trend. What’s your opinion on that?
It’s a discovery for a lot of people. It’s not a trend for us because we are who we are. On one hand, you have people representing African culture just by the virtue of their roots. They are second and third-generation African people living in America or in Europe who have grown up and been educated in a much more privileged environment, and they are coming through with art that reflects their own experience. And on the other hand, you have the natural talent of African countries. There’s just phenomenal talent in Africa, and it’s just a fact!
This kids all have an opportunity to instantly showcase their work to a global audience through social media, so it’s very dynamic and exciting. Technology plays a big role in it. Obviously, smartphones are the beginning of their photographic journey. Now, we can communicate, exchange, and support each other like never before – and it doesn’t cost much money. It feels like a revolution to our world that Africa has opened up now because of technology, but it’s just the beginning.
Tell me what are your plans for the future. Any exciting projects in the making?
I can’t give anything away at the moment, but I have a clearer idea of what steps will I take next in order to expand with the support of key people from the art world. I’m super excited about that! Next year is going to bring a very dynamic shift and change for me. I can’t wait! 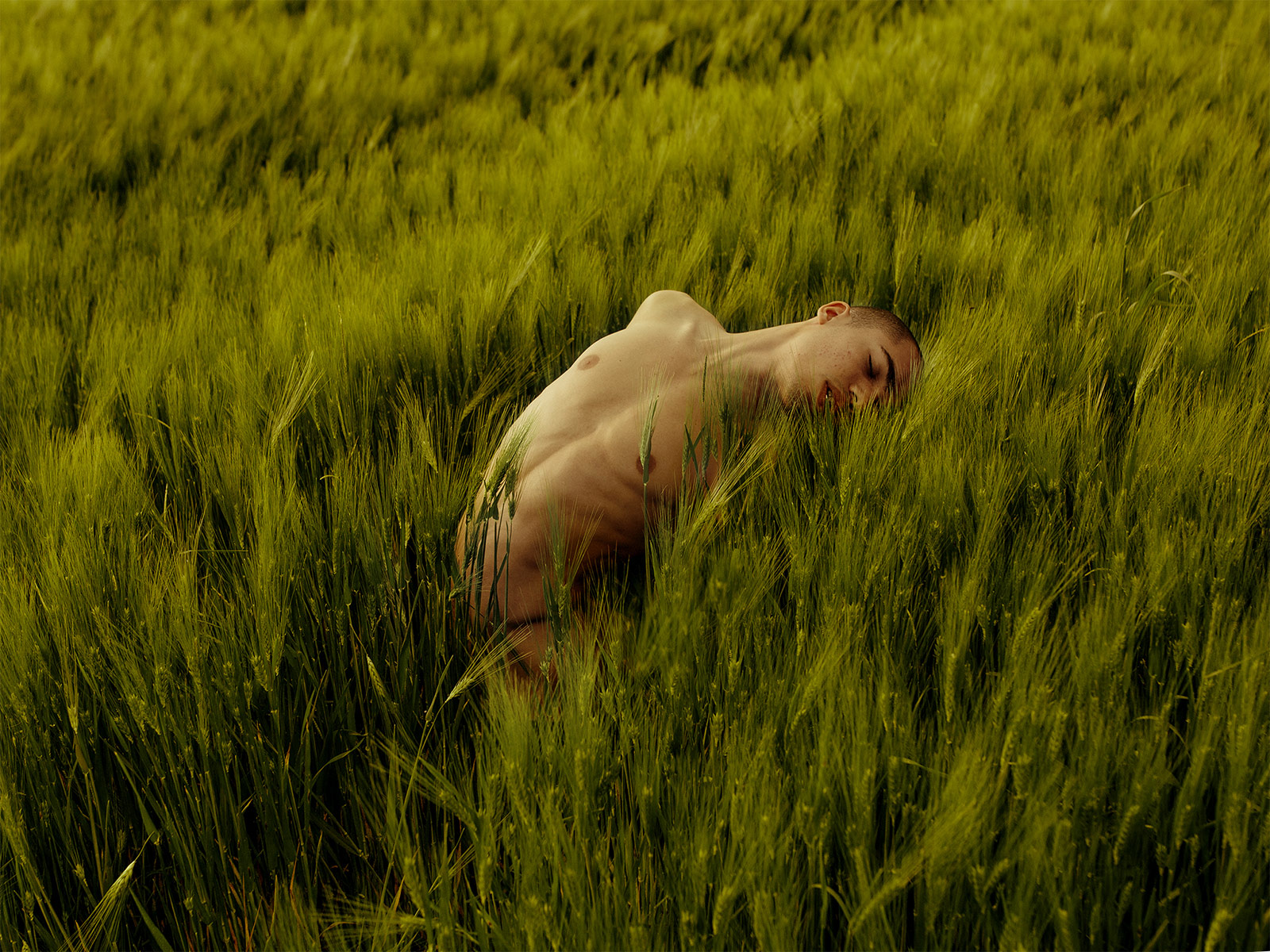 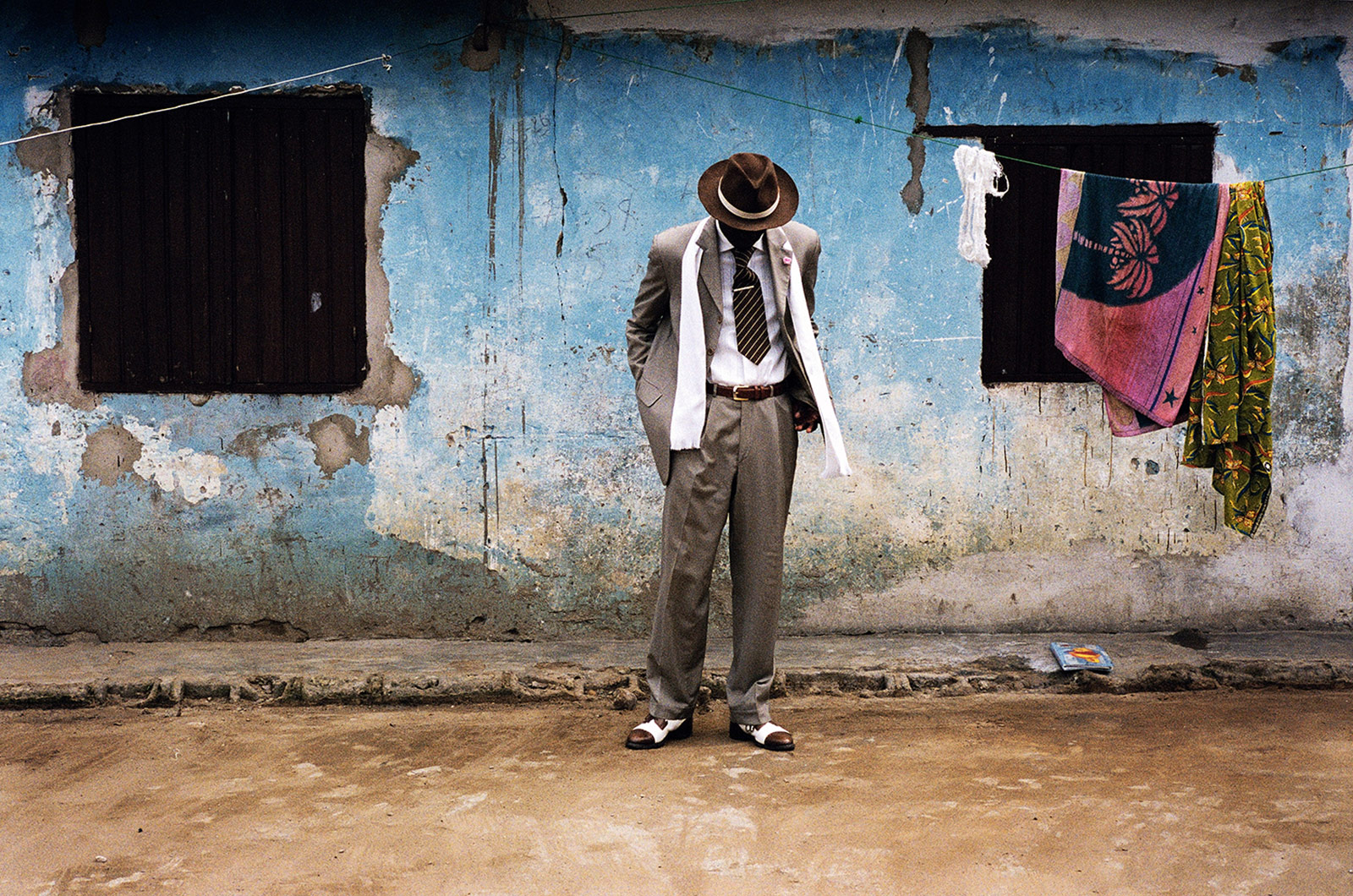 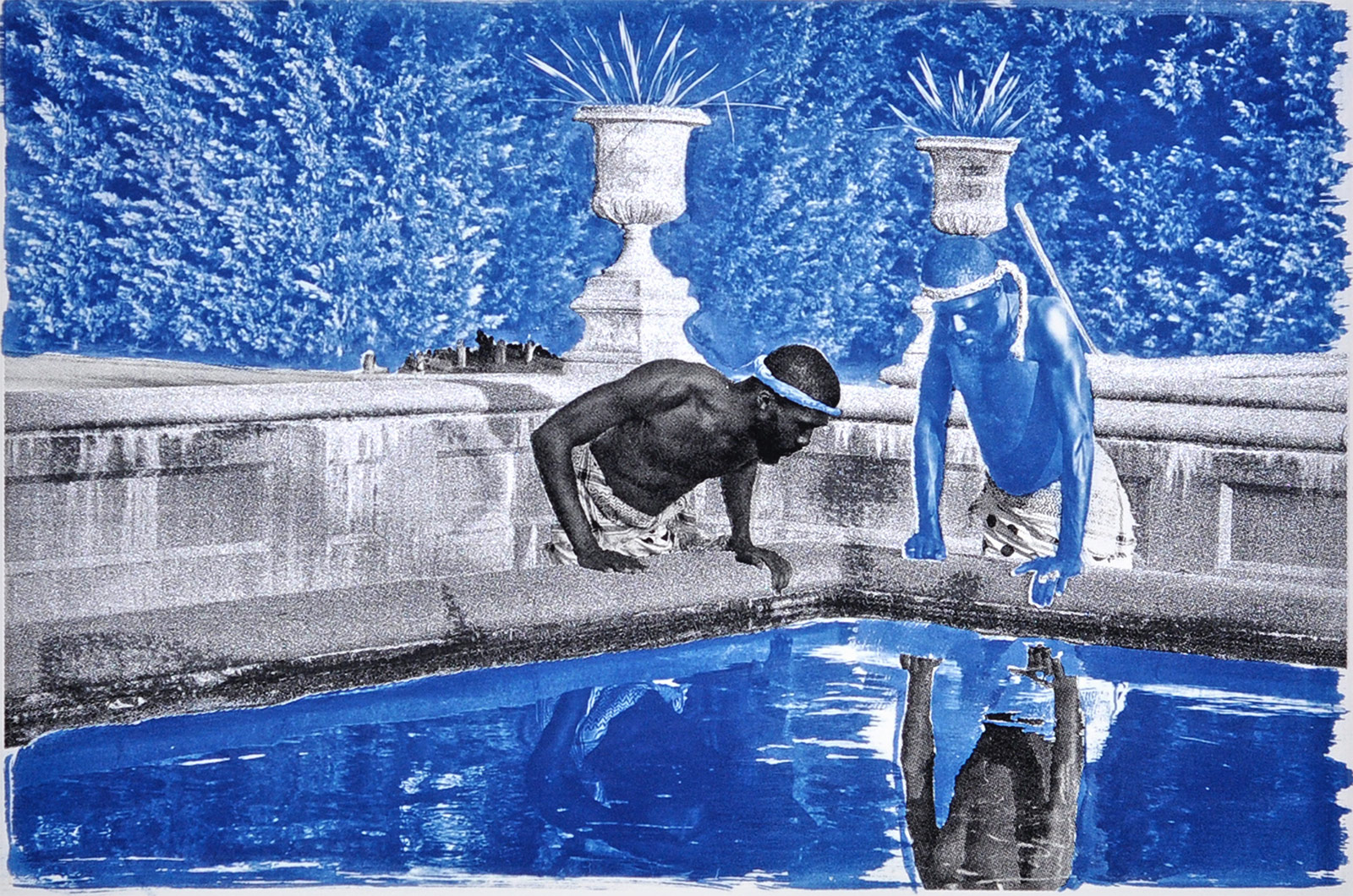 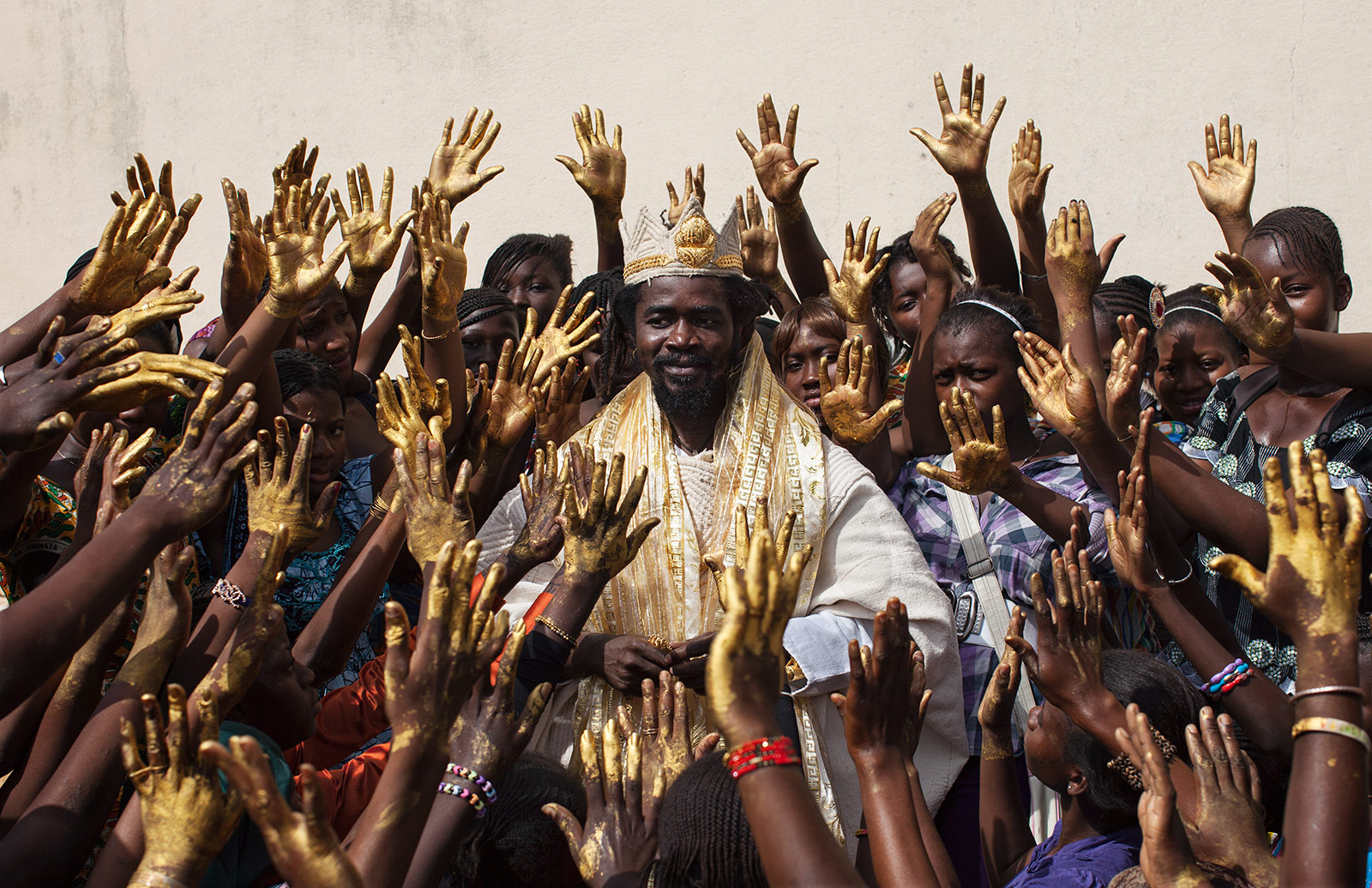 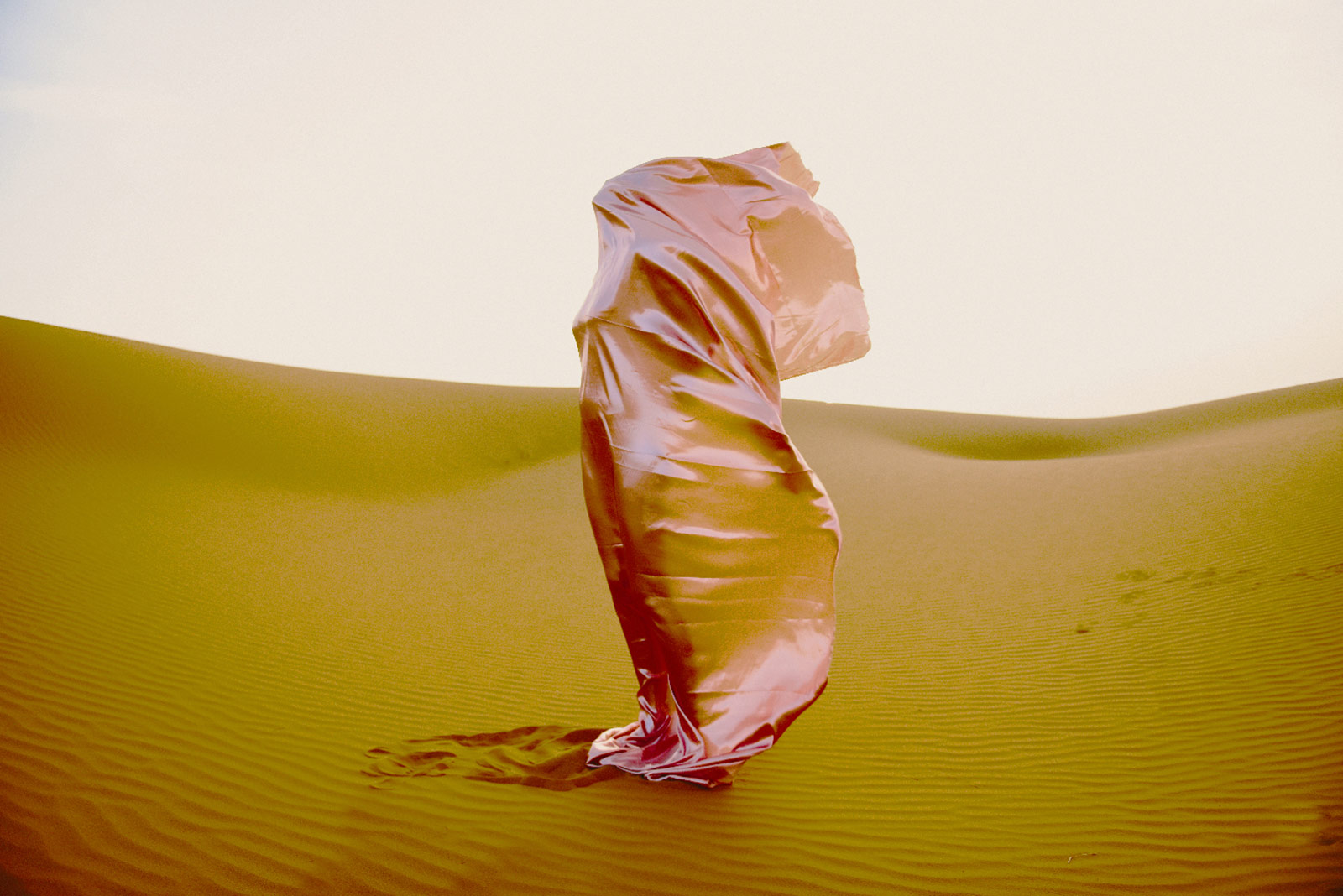 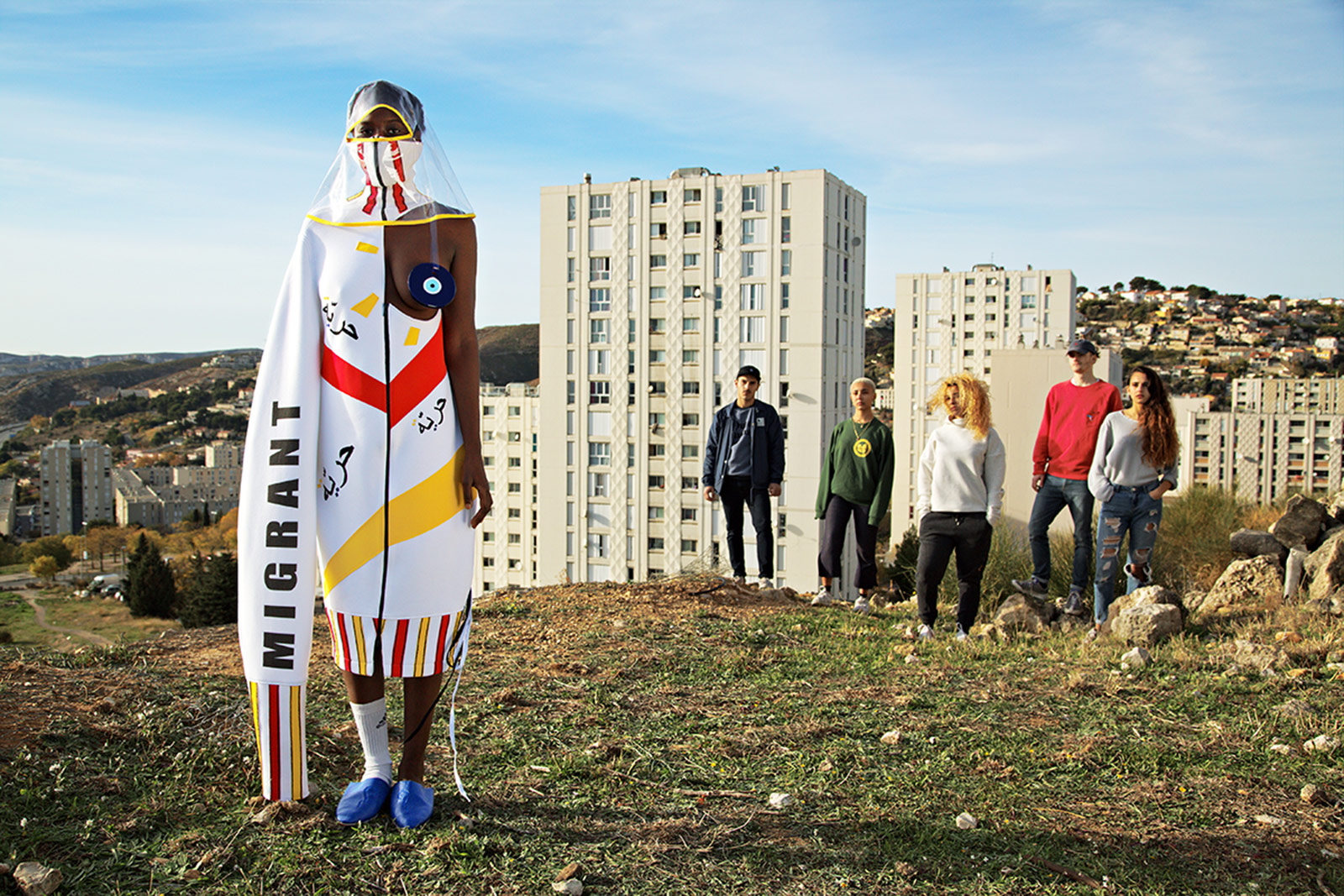