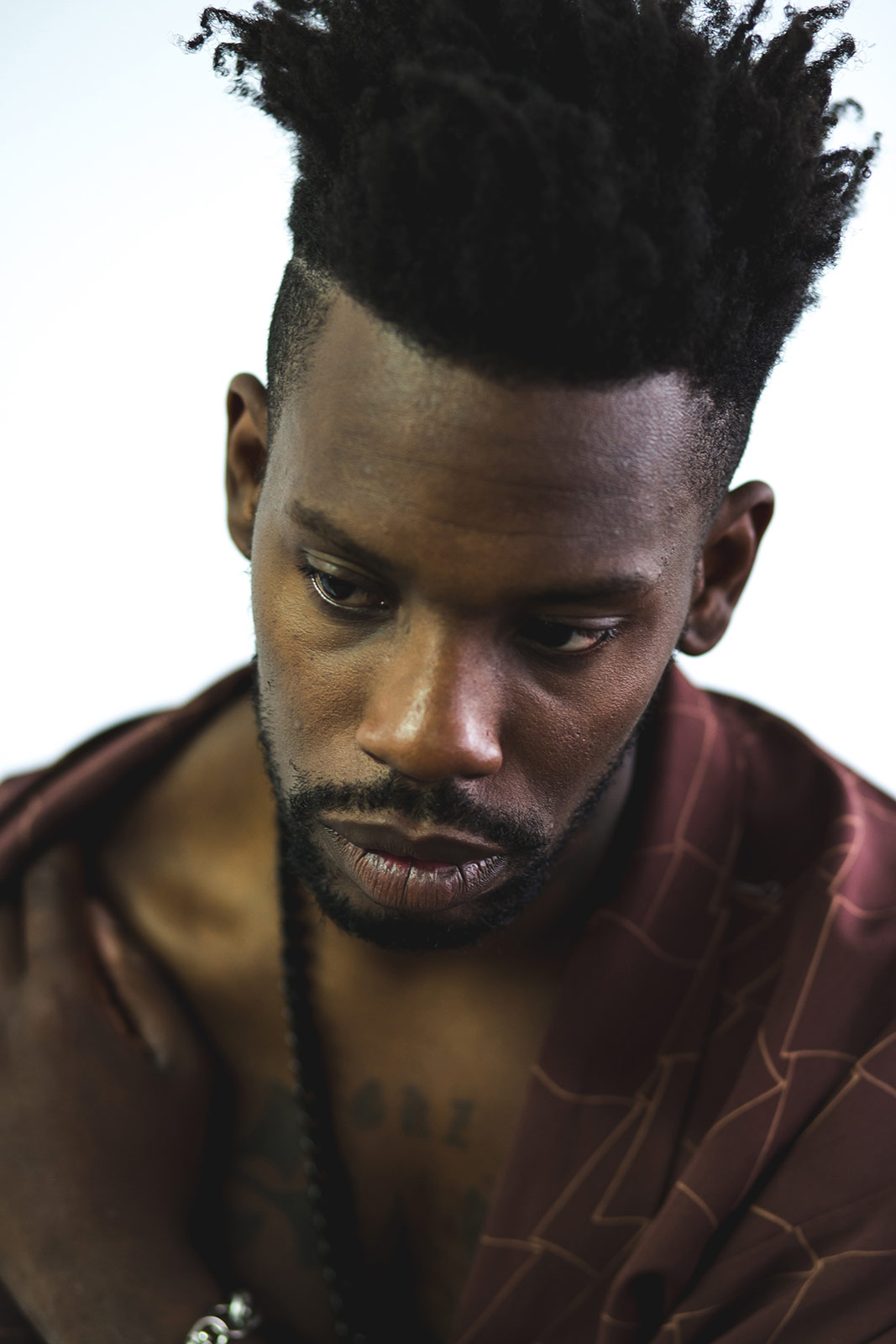 Grime, hip-hop, trap, drone, dancehall, reggae; the list of music genres that may (or may not) have influenced British artist Gaika is long. The Brixton-raised producer and writer loads his tracks with political messages, underlined by heavy bass and spherical noises. Tackling the characteristics of contemporary post-club music, he strives away from conventions all the while maintaining a characteristic London-streets coined sound. After the release of his new album, Basic Volume, and in awaiting for his performance at this year’s Mira festival for digital arts in Barcelona, we chat with him about his perception of his own music, the political power of songs, and why we should all stop lying and admit that we like R&B.
Already in the intro song of your new album, Basic Volume, which is also the title of the debut LP, you lyrically touch themes such as white privilege and injustice towards black people.  Do you feel like your expressions towards political themes intensified over the years?
I think that we live in turbulent times, and as such, my art reflects what I see around. If it has intensified it is simply because the situation has become more intense.
You’ve made comments about the labels or adjectives that some critics put on black people’s music, stating that you want to shift from what is perceived as ‘normal black music’. I was wondering if, sometimes, it’s hard for you to try to create new approaches and ways of producing music we haven’t seen and heard yet?
No, it isn’t difficult to find new ways if you let go of what you think you ‘should’ do, and make what you feel.
Speaking of labels, would you label your music as dark?
I don’t perceive my music as dark at all, no.
You coined the word ‘ghettofuturism’ as an independent genre for your music.
Would you say that your sound is as ‘futuristic’ in this album as it was in previous releases?
More so. I feel like Basic Volume is my most ambitious project to date.

“We live in turbulent times, and as such, my art reflects what I see around.”
I feel like this album is way more emotional and more melodic, especially the singing and rapping. Was this something you were aiming for?
Yeah, the melody thing was definitely a groove I fell into willingly. There was/is no master plan though; I just try to make what’s playing in my head with no stop.
On the song Immigrant Sons (Pesos&Gas), you collaborated with much-praised DJ and producer Sophie. How did this collaboration start?
Sophie called me. We had worked together earlier. In fact, she did much more of Warlord Shoes than of Immigrant Sons.
Are you planning on doing more stuff together in the future?
I hope we get to do more stuff.
In the past, your creations were tackling themes such as police violence and colonialism. And Sophie, for example, is also an artist subverting the industry and society’s norms. Do you feel like the political power of music can be an efficient indicator of social change? Is that something you think about at all while creating?
I don’t really think about the effect of the music as I make it. I think that’s a bit dishonest, really – like thinking about a shit before you eat a meal.
I feel like your work is very contemporary, very forward-thinking, and it is something that we need as a society – especially when the world is radically turning to the right, to intolerance, to inequality, to discrimination. And Mira festival seems to be the perfect space to show it. How do you feel your progressive work fits within this digitally focused event, also held in Berlin?
I think it’s a great fit. There’s a lot of really good stuff on the bill and I am looking forward to it very much. That said, please, I do wish there was more R&B on the bill. Stop lying. We all like R&B.

What other three artists do you think we can’t miss at Mira Barcelona?
Eartheater, Tangerine Dream, and Yves Tumor.
I really like your opinions on carnival and sound system culture, thinking of it to be about space and holding space. You even did an installation that played into this called ‘system’. Can you tell us more about that project?
Yeah, it was a big audio-visual sculpture that was, in essence, a working sound system. We then curated two parties a week during a month at Somerset House. It was amazing!
In addition to songwriting, you’re also working on other projects related to writing. Do you feel like you are able to pursue other creative outlets with the same tenacity and effort as you do with your musical career?
Yeah, my practice isn’t split. It’s all one thing just expressed in many ways, so no, there’s no dip in ‘effort’ in anything I do.
The right crowd at live shows is one of the main factors for a successful communication between artist and audience. Could you imagine an ideal crowd? Whom would it consist of?
A room full of clout rappers.
Gaika will perform on Thursday the 8th of November at 22.30h as part of the festival Mira Barcelona, at Fabra i Coats, carrer Sant Adrià 20, Barcelona. You can buy tickets here. 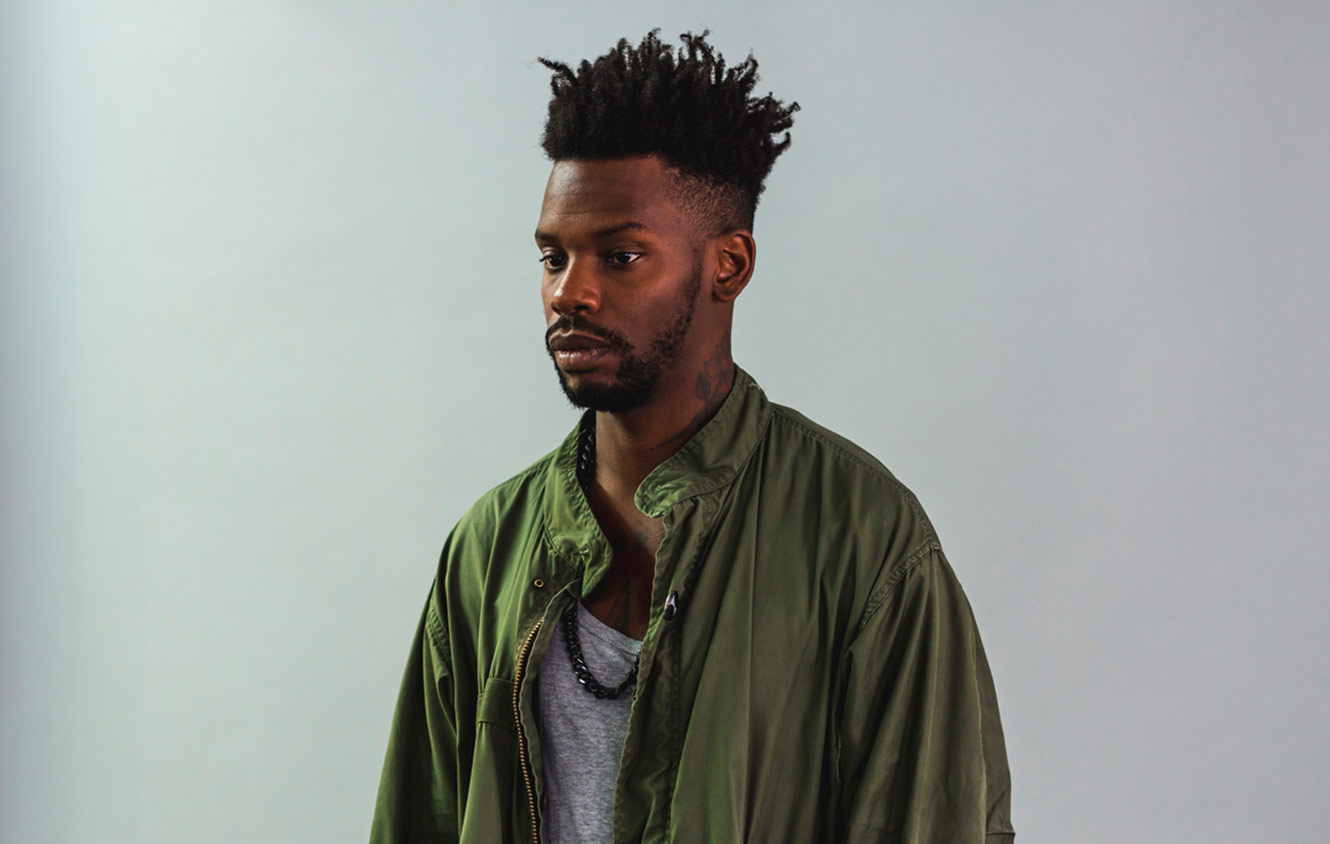