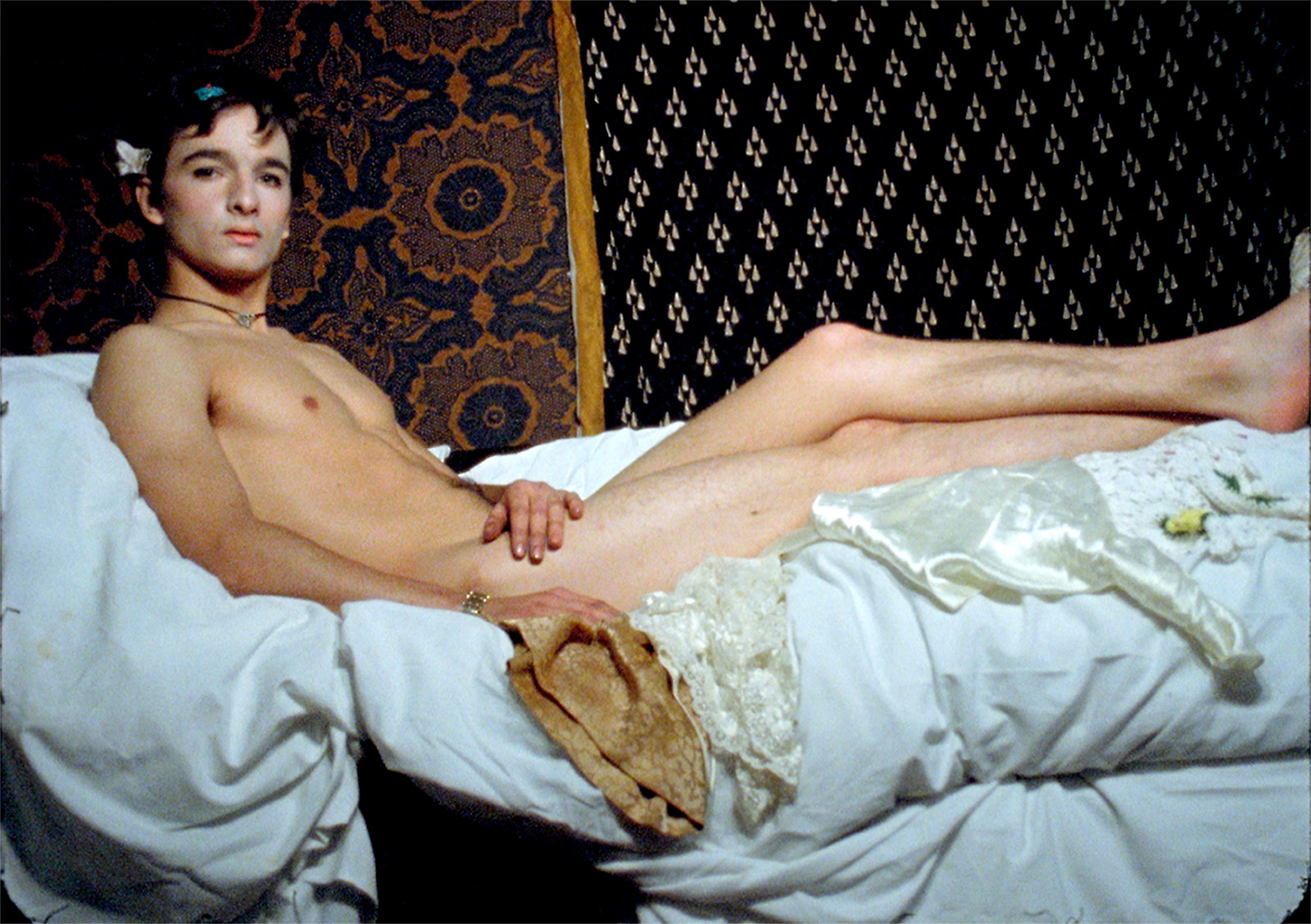 Your works have often been realised with low budget. Is that because you want to give a special hallmark to your projects?
I am a huge believer in amateurism and the inventive power that naturally occurs within amateur practices. I have always tried to be ignorant of or consciously ignore certain traditional filmmaking rules or conventions, in order to allow for the natural experimental process that occurs in a state of oblivion to standard practices. I make experimental films and try to invent novel images and structures, and I think that working with an amateur, low budget production model gives more room for such experimentation.
In some of your works, in addition to being the director, you are also a model or an actor. How do you handle these two roles within the filming process? Why you?
I enjoy acting in my films. I don’t act in almost any other director’s films. It is a chance to make fun of myself and make myself explicitly complicit in the content of the film.
Could you tell us a bit more about Olympia? Why did you want to make ‘alive’ the famous work of Edouard Manet?
Manet’s Olympia is one of my favourite paintings. It is a radical piece of work. At the time it was made, it destroyed the genre of the mythical female nude. This was one of the most prevalent genre’s at the salons Manet participated in, and was a shoddy way to justify making soft-core erotica for the male bourgeois gaze by dressing it up with an allusion to Greek myth. Manet decided to rip this genre apart by having no mythical allusion, and painting a well-known prostitute with a confrontational stare and harsh lighting. The public at the time found it quite distasteful and scandalous. I see it as a critique of what Manet found to be a sexist and stale community and genre. Manet twisted the established genre by changing a few things, and in that way managed to create a vicious attack on the mores of the spectators of that genre. I find this to be very inspiring. 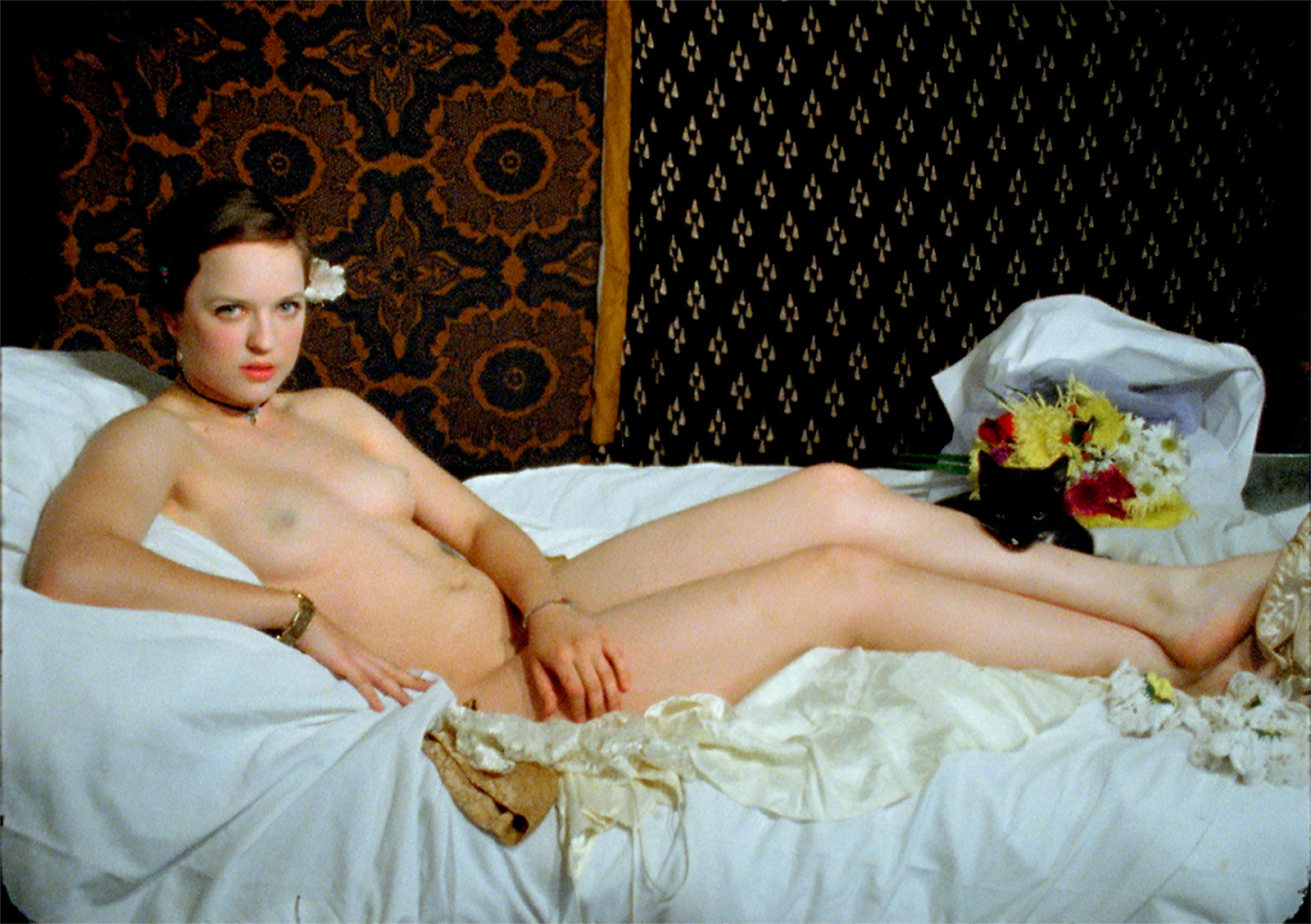 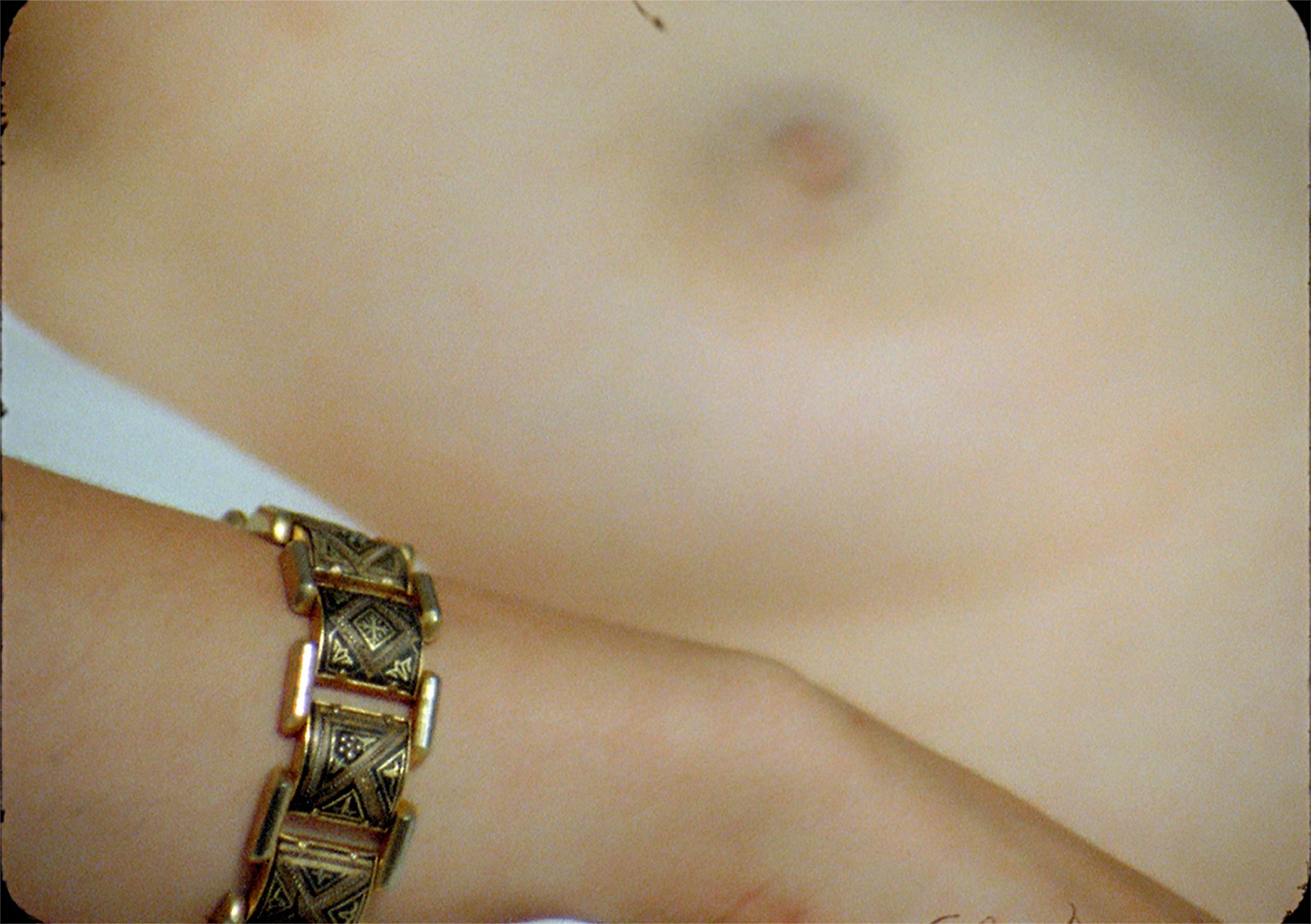 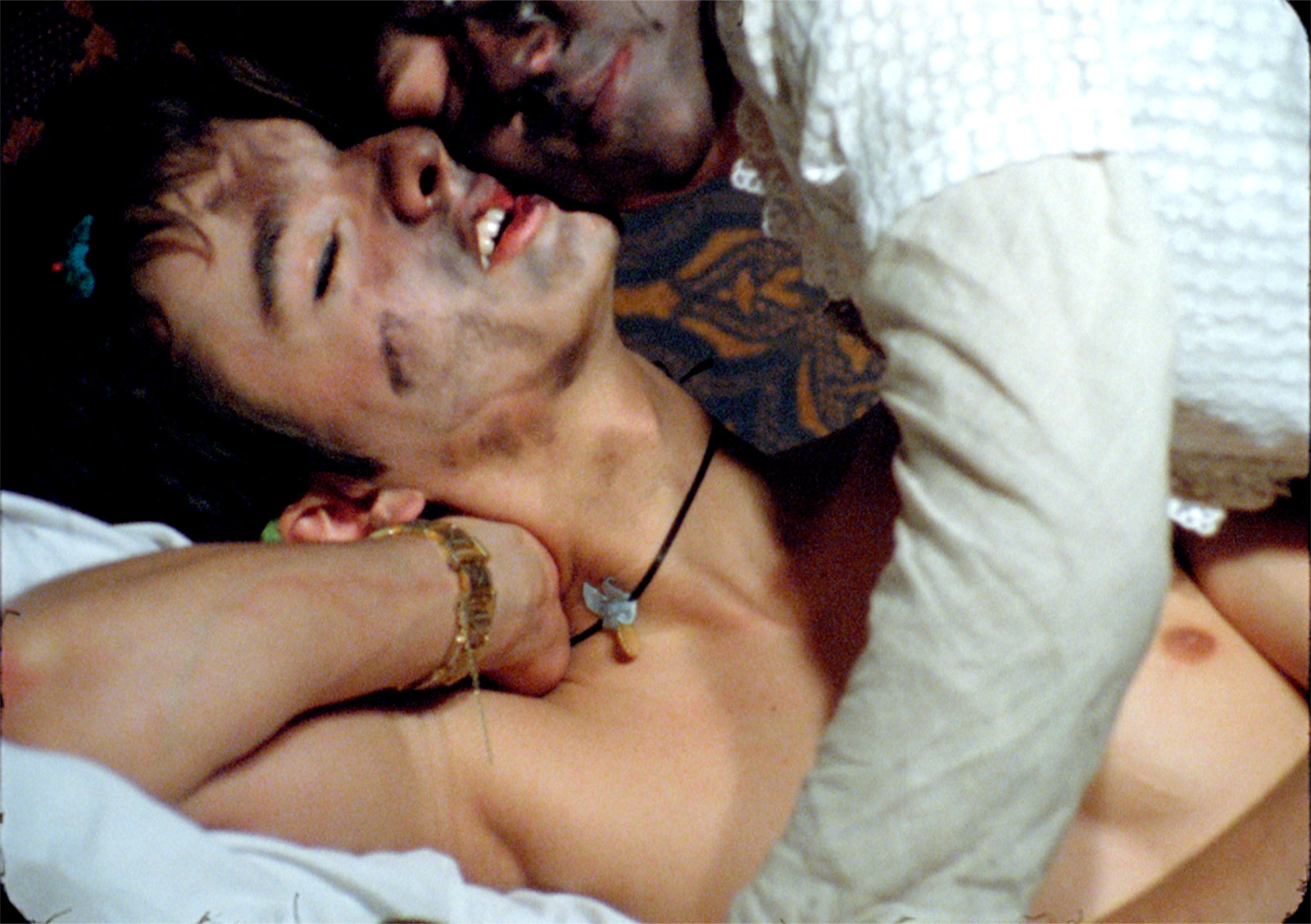 What did you want to highlight in your short film called Liberdade?
The film I think germinated from my love for a Godard quote: “Les travellings sont affaire de morale.” I think it means that a certain technique, aesthetic, or practice is imbued with a moral charge that comes from its history and the kind of perspective it gives to a work. Crotty and I wanted to use a sleek, commercial Hollywood aesthetic, using exclusively Steadicam and aerial footage, as well as filming mostly at sunset, to film a context that we considered morally at odds with this kind of imagery. There is a monstrousness in filming a vertical slum with a helicopter, and we intended this as a metaphor for inequality, especially as subliminally represented through commercial filmic languages.
Can you tell us about why you sometimes associate and mix several of your films together? For instance, your film called Pan pleure pas gathers Ennui Ennui, Liberdade and Trapobana. What is the link between those three? And why did you decide to merge them into one film?
I have distributed a few of the shorts as feature films to be released in cinemas as standalone works, rather than as shorts before someone else’s feature film. Ennui Ennui, Liberdade and Taprobana are all about post-colonial or colonial conflicts (European diplomacy and charity in tribal communities, Chinese power and influence in Angola, and the Portuguese cultural, political and economic presence in Sri Lanka.) They are very different, taking place in very different geographies and time periods, and using different genres and tones, but they all have an irreverent and chaotic perspective of power dynamics between advanced and emerging market economies.

Tell us about your latest film entitled Tristes Monroes. What is it about? How was the whole process, from the first idea to the final result?
The film is about the soccer player who gives up on his professional career, due to age as well as emotional confusion. He ends up adopting a young immigrant, but who is lying about her identity. Antics ensue. The film has been in gestation for five years, and has gone through a million versions. Schmidt and I are in the middle of editing. No prognosis yet.
What are the next steps in your career? Any future projects you can share with us?
I'm working on a short animation about a young sculpture who comes to life, escapes from the Louvre, and joins a protest at the place de la République, only to learn that maybe she wasn’t ‘made’ for politics. I’m also working on a series, short ten-minute episodes, each about the history of one iconic artwork - a bit like A Brief History of Princess X, about the Michelangelo’s Sistine Chapel, Courbet’s Origin of the World, Gauguin’s Barbarian Tales, and others.