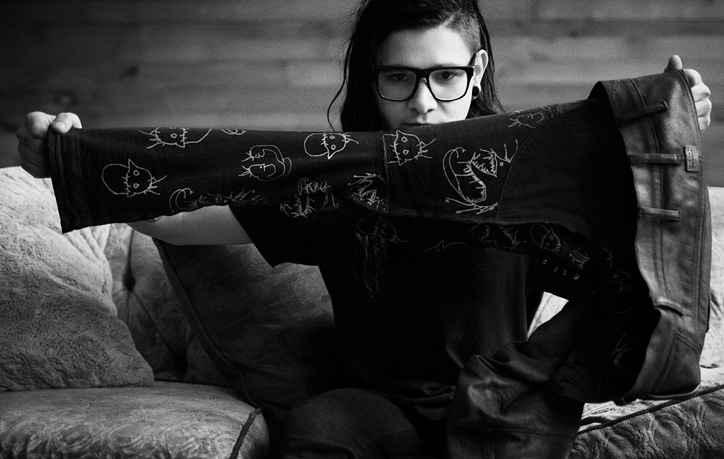 The North American producer doesn't limit his creative process to music, Skrillex has been an active participant in elaborating his album art, videos, flyers and other media involved in his overall aesthetic. In this collaboration with G-Star, Skrillex has worked closely with the brand to develop a unique design for the G-Star Elwood, his favorite denim. The exclusive resulting design has been dubbed the ‘Illwood’.

Some of the exceptional qualities we can appreciate in the unisex G-Star Elwood design are simulated leather trims at the pockets, blind seams and a heel pad, mesh lining at the interior pockets and waistband, and a new ‘Ill’ logo on the coin and back pockets. Finally, featured on the inside of the denim are illustrations of deep-sea creatures by the hand of Skrillex.

When and how did you discover G-Star?

It was actually at some skate shop when I was super young, probably 15. My first item was a jacket and I wore it until the elbows ripped.

What do you think of the brand and what is G-Star about according to you?

The theme is RAW. I love that. I love getting a pair of jeans that are almost as stiff as cardboard and wearing them until they pretty much become part of you.

You‘ve been spotted in G-Star Elwood many times, what is it that attracts you to this denim specifically?

They are black, fit well... they have that Akira motorcycle gang vibe but they aren’t too flashy either

Besides a personal sound you also have a personal style when it comes down to fashion. What is your style?

I’ve been influenced by skateboarding and punk/hardcore as well as electronic music ever since I was a young, so I guess for a long time my style has naturally been a mixture of the two. Never been too heavy on branding, but I do like subtle and special details that can lend to my personality. I also like wearing clothes that are rugged and tough, can take a beating, can last long and develop its own character over time. Music is my #1 so everything else (fashion) follows. Fashion is organic to me, not something I think about too much. I just know when I like something and when I don’t. And, I don’t wear much colour.

How was it to design the Illwood?

It was fun and easy. Just hung around with the designers and rolled through all the ideas I had. I tried to change the G-Star Elwood in the way I thought it would fit me best.

What kind of specifics of Skrillex can we find in the Illwood?

The Illwood is a bit more minimal, darker, blacker and sleeker. I added leather trims to some of the spots and even scribbled some strange monsters on the inside of the denim.

Your creativity stretches beyond the world of music, you have a hand in every aspect of your associated art, designs, videos, packaging, and aesthetic in general. If you could design something other than a denim for G-Star what would it be?

Would love to do a jacket. Maybe something in leather... 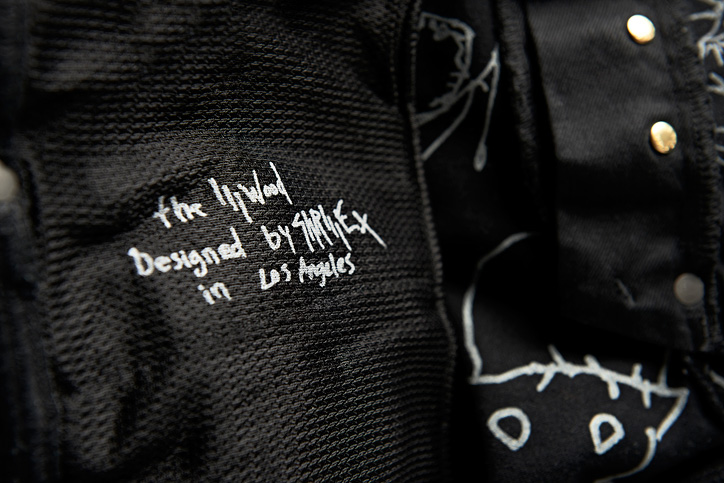 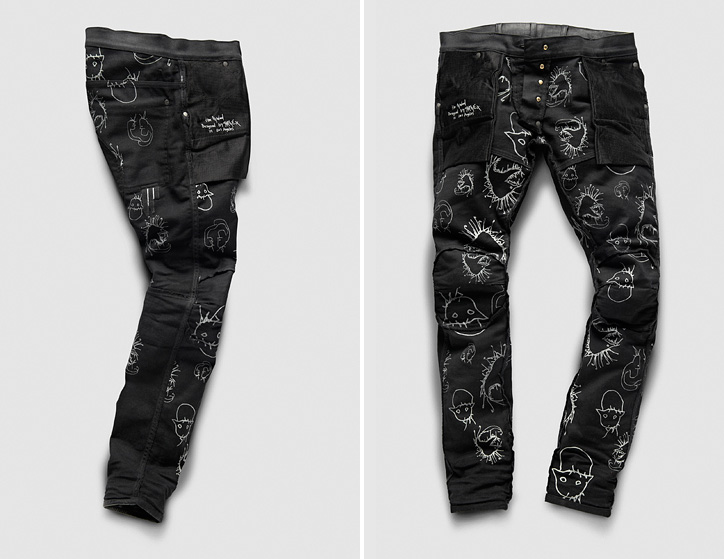