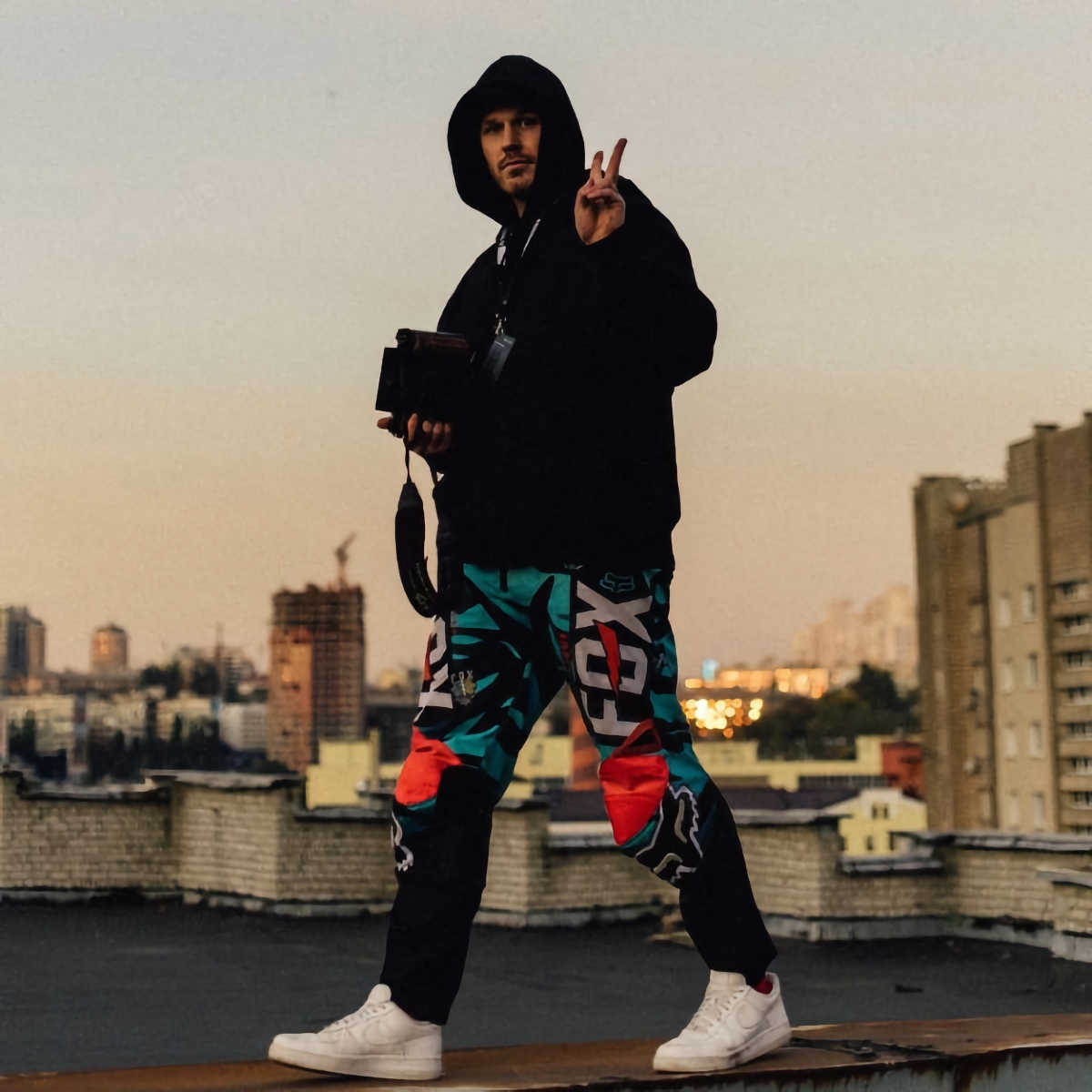 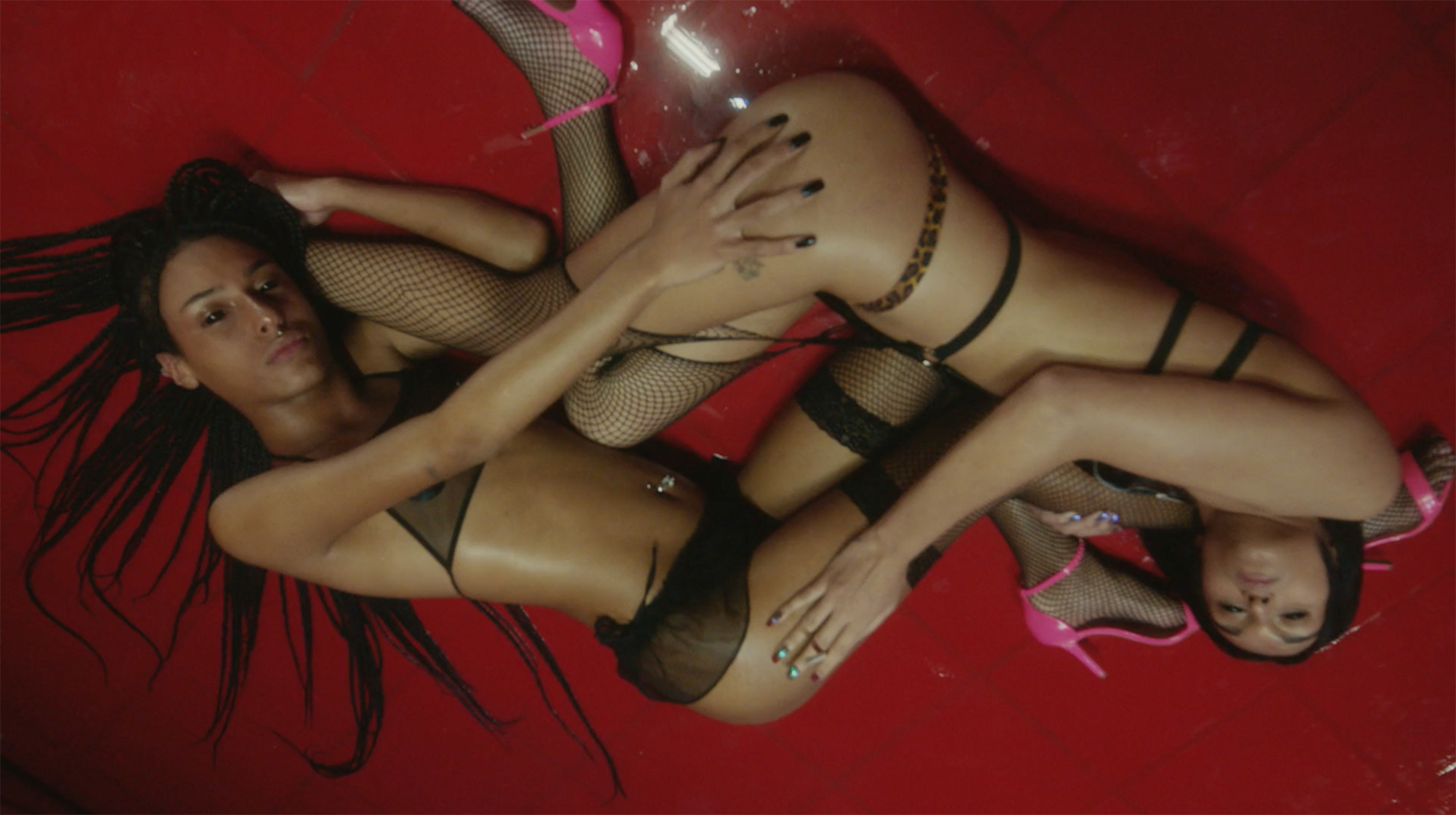 In terms of personal experience, who was there to guide you along the way?
Next to Iara and Kelton I have to mention Duda who did the entire production of the project and worked on the creative direction. And nothing would have been possible without JeanPaul and Rodrigo Inada. JeanPaul and I were sitting for weeks in São Paulo planning out the project next to Rodrigo [who helped] planning and filming. He sat for weeks on end in London with me to edit the film and find a structure.
Was there an overbearing weight of representation on your shoulders?
IARA is by far my favourite project I have ever worked on but also by far the most complicated one. On the day of the release, I had a quite intense anxiety attack. At the end of the day, I am a European white man and that has to be considered when trying to tell this story of a group whose experience I will never be able to fully understand. This work is placed in a context in which so many sensitive topics need to be addressed and next to creative decision I had to challenge a lot of my own identity and perceptions constantly, and allow others to challenge me. IARA was created by so many people who all put their soul into this project, and it adds a lot of pressure because as a director I have to make right by everybody, and I am still not sure if I have really done that.
Alongside your own direction, the film is encompassed by archives – photographs and videos – of the trans women of Brasilândia, a marginalised neighbourhood in Brazil, regarded as one of the most high-risk favelas in the city of São Paulo. Underscoring the film is a compelling voiceover which foregrounds the fear and uncertainty that dominates the lives of Brasilândia’s trans women; “what does it mean to feel safe as a trans woman? There is no safe space as a trans woman,” are some of the statements made. Why is it that we have gone so long without being aware of these women’s experiences?
This is a loaded question, but I will try to answer it in a rudimentary way which will lack nuance, but for me it has a lot to do with access. We live in a world in which a white, western, wealthy male is the individual with the most access - and the level of opportunity decreases gradually depending on your race, wealth, nationality and gender and sexual identity. For this reason we have headlines referring to a black man or a trans woman but would never say a white man. The tool of othering is always used to deny access and create divides, perpetrate stereotypes, and deflect accountability creating a fictional concept of the norm.
And often when we look at the other we are looking at it through the lens of marginalisation - because it feeds the narrative that holds this system in place. The image that comes to our mind when we hear the word favella comes immediately with negative connotations no one can deny that. However, being there felt very different. In a lot of ways for me the favella felt safer and warmer and more open than the city centre of São Paulo. The favella are operating mostly independently with little to no support from the city and of course it comes with its own set of rules that you have to respect but within the favela there was a strong sense of the communal. Iara often told us that she felt safer there than she would living within the wealthier neighbourhood, and it was very easy to understand why.
To divert onto some of your other work, tell us about your recent SS21 campaign film for Mugler Official. How did you find out you had been selected to direct such a revolutionary project that features Bella Hadid as her CGI self, metamorphosed into a Pegasus, to Shygirl’s electronic track Twelve?
The creative director of Mugler Casey Cadwallader contacted me through our mutual friend Tres Koch. He told me he really liked IARA, and he wanted to create a film with the same energy for his collection film.
If anyone ever has the opportunity to work with Casey, I can only give one piece of advice: Jump at it. Casey is one of the most creatively generous people I have ever worked with, without ever letting go of his own point of view. Which really allows for true collaboration and creative exchange. There were many moments in the editing process where we redirected the project, but Casey never made me feel like I wasn’t good enough but always just strove for the best version of film. It was a genuine, great experience to work with him.
This project wasn’t for me about Bella or Shygirl who were arguably great to work with and definitely pushed my career. But what I took from this was seeing Casey working and it taught me how a creative can lead without ego and be in control yet still display kindness, be open and collaborative on every level.

Your work has also been featured on Notion, where you shot cultural icons like JME, Julie Adenuga, and Labrinth. What brings you more fulfilment – working with established brands like Mugler and Moncler, or capturing portrait photography of the artists you admire?
Working with JME and Julie was one of my favourite shoots and mostly because I knew Julie from before and just have the highest respect for her career and her personality and that gave me also an easy access to engage with JME. This is often what works best for me - when I have an emotional connection with the people I work with - I usually miss that with commissioned artist work as they are often only one offs starting with a brief that you receive via email from their management and the artist you get to meet on set - it is hard to make challenging engaging work as those elements rely on trust and knowing peoples’ boundaries. So, I often resort into a crutch of beautiful visuals and references which to me can feel quickly empty.
For commercials on the other side, I don’t have that problem as I don’t engage with an individual but a brand - it’s by nature less personal and more goal oriented. Again, here it helps if the collaboration is between people that can lead with trust. But it is often larger groups and more demands to be addressed so it feels almost like a puzzle that you as a director you have to make sense of, and I enjoy a puzzle. Also, from a basic production point of view commercials usually have the bigger budgets and therefore allow to explore more and limit yourself less in creativity.
What other projects and collaborations should we expect from you throughout the rest of 2022? Do you have any projects of your own in mind that have not materialised as of yet?
For the past two years I have been art directing internally for a brand 5 days a week which really limited my time to do autonomous work as a lot had to be done after working hours. It’s now time again to focus on what I want to do and allow myself the freedom to not work towards a specific goal but take time to do research and experiment. I think there is a slow progression that I would like to take towards a more narrative format but currently I am not sure if I have the attention span for that. 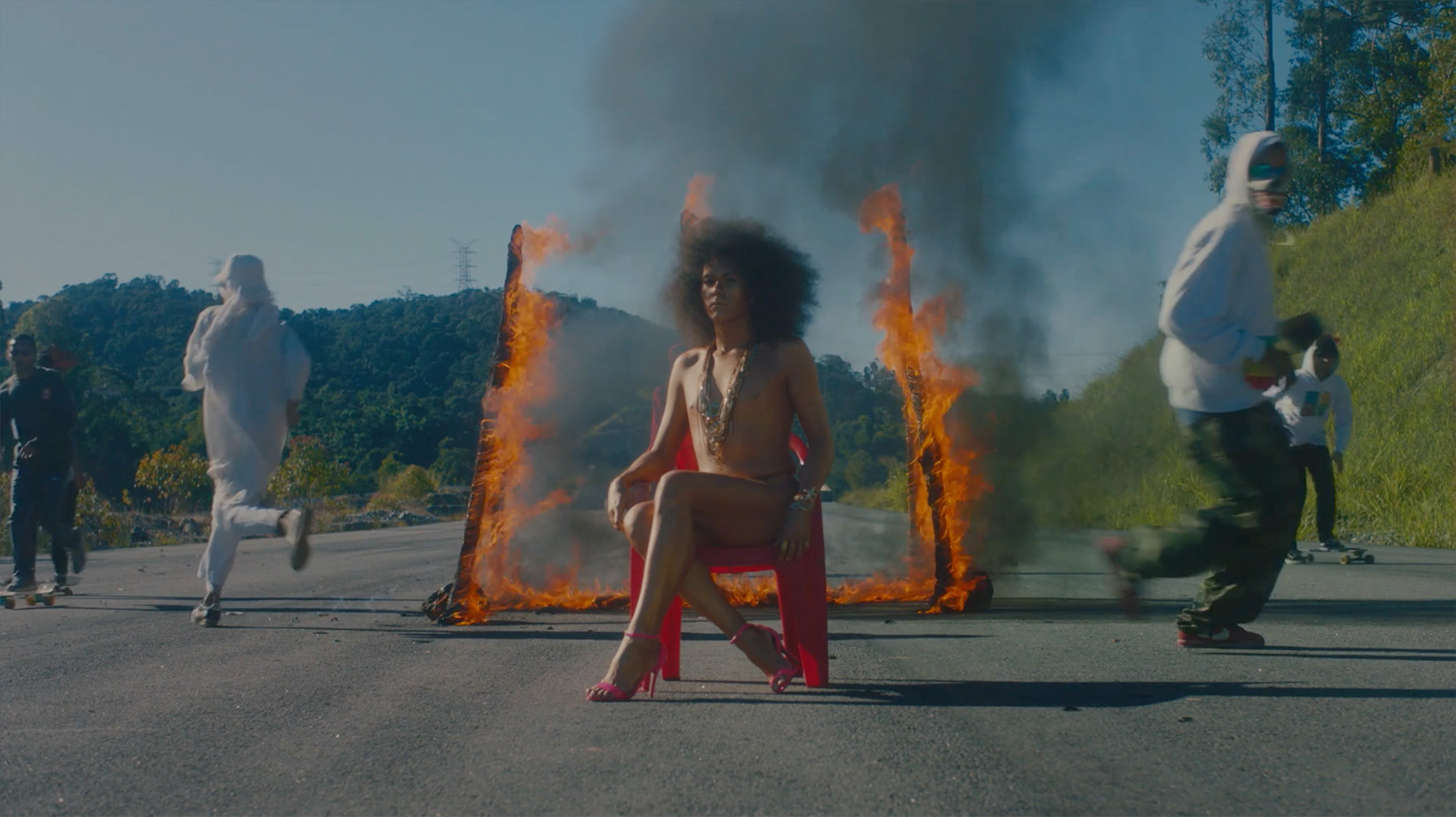