The artist who loves silence 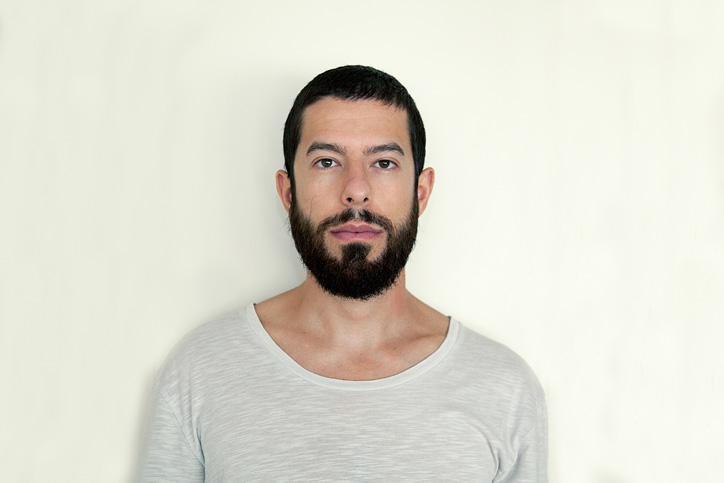 He explains that he studied Fine Arts in order to continue to create his works without having his parents pressuring him to find a job. And he hasn't stopped since he graduated with honours in Art and New Media. This is Filippo Minelli, a young Italian artist who moves freely between photography, performance and installation – but always with a common thread: the aesthetic of protest. In his work, Minelli analyses with some irony the contradictions and inequalities of the present without giving up on the beauty of the images. Fascinated by both landscapes and public spaces, he has travelled around the world searching for inspiring places. Even though his main muse is still silence.

Your work revolves around social and political issues, but always with a great aesthetic force. So, for a contemporary artist, what should prevail? Criticism or aesthetics?

No idea, honestly, this is how I do it. I think not being bored and not being boring to people should prevail above all.

Why such fascination with both natural and industrial landscapes?

I’m interested in places, not necessarily natural or industrial ones. I think landscapes can tell a lot about the people living on them, and I’m very lucky to use those as my studio.

What are your influences?

Anything good! But mostly visual things, I get a lot of inspiration from the daily routine, actually.

One of your best known series is Silent Shapes, which blows smoke bombs used for deter demonstrations, but coloured amid idyllic landscapes. What do those bombs symbolise?

When I started that project back in 2009, I was watching video footage of political demonstrations, and when the smoke entered the scene everybody became silent trying to find a way out. I had this feeling that the smoke was the silence itself coming and silencing everything, so I went searching for places which could translate this feeling to other viewers.
Right now I’m giving it a more political twist by attacking daily-routine scenes with smoke, to symbolise how even the most urgent emergency doesn’t create any change in society anymore.

Silence also inspires many of your series and you have tried to represent in many ways. Have you already found its final form? What do you intend to do with these representations?

It’s just that I like silence, I like being alone and I like staying with people who don’t talk much. Maybe this interview is noise for somebody else and I totally get it, there’s so much noise that silence is much more powerful nowadays. I don’t intend to do anything with it, I just like the fact that I can spend my time alone or with people I like in beautiful places and creating nothing by doing something.

In your work we glimpse the criticism towards the inequalities that exist in the world, and the contradictions. How can art help change the world?

Inequalities and contradictions have such striking aesthetics and meaning, it’s kind of easy to be engaged by them. I think that art can change people by touching extremely deep feelings, the problem is still that people don’t change anything, anyway.

New technologies have changed the way of making art. You, for example, are graduated in Art and New Media. Where is contemporary art heading?

Honestly, I have no idea. New medias are just a tool as a brush was, you can use the brush to do something new or to do always the same thing but with a different look. Sometimes I see new media artists works and I don’t really get what they do, if they are just into tech aesthetics and nothing more. Even if I’m sure that new medias are the only contemporary way of expression these days, I still feel like the best representations of our age don’t come from there yet.

Despite the economic crisis, contemporary art is still paid with high prices. What do you think about that?

It depends on how high you mean. The value of arts is not in the price, but in the value the owner gives to it. If you talk about auctions with multi million prices for contemporary arts, it’s not about arts anymore, it’s about the market, where pieces of arts are used just like commodities or actions in the stock market. I actually don’t care, it’s just important to know what you are buying and why you are doing it. If you are happy with what you did, it’s more than welcome.

You have traveled around the world to make your performances and photographs. By what criteria do you choose the place where you carry them out?

There’s no criteria, I just fall in love with some places!

Well, everywhere, even places which totally suck are worth to be seen just once. Some of them actually leave you surprised or start a new process in your thinking or practice.

I spend most of my time stuck in the deep or dark web – depending on how you call it.

One of your performances is titled Future and talks about the perception of the future of several people. How do you see the future?

(Laughs) this is insane, I don’t even want to know it, pass this question to the NASA – they kinda know it about the next 15 years at least. 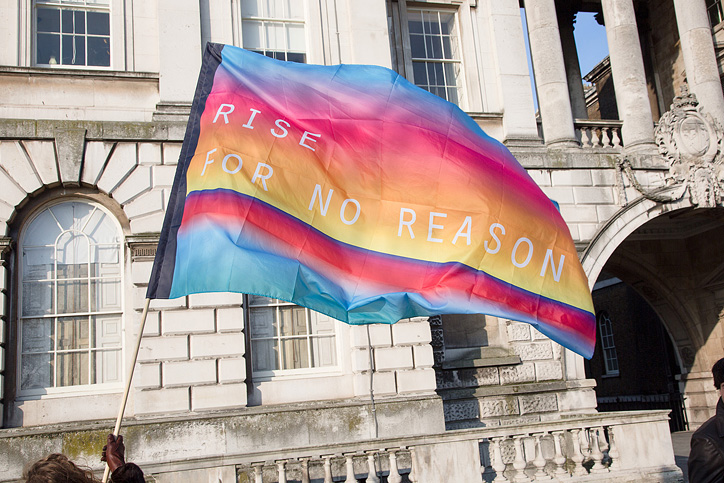 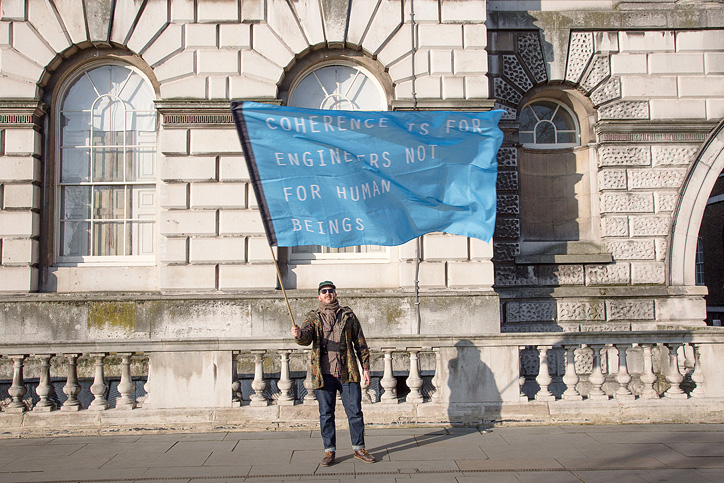 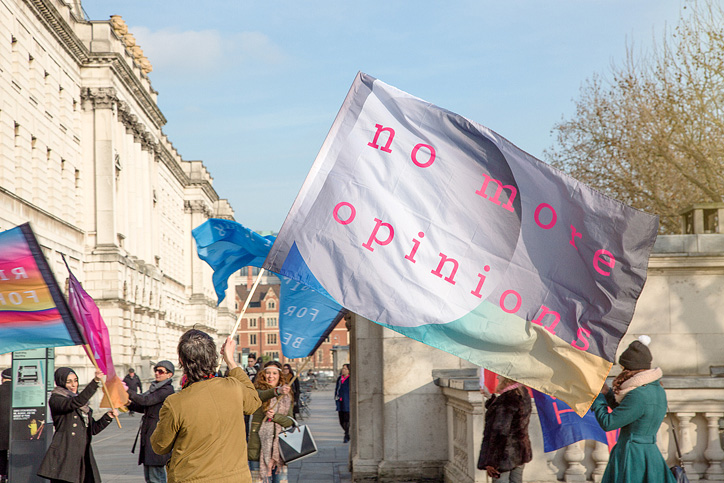 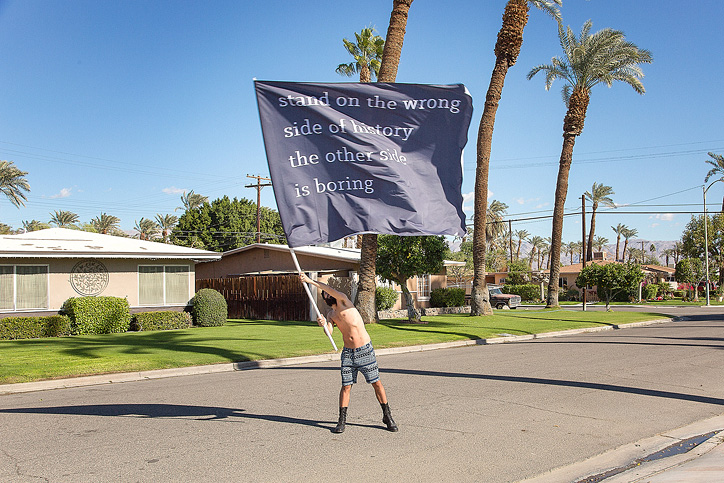 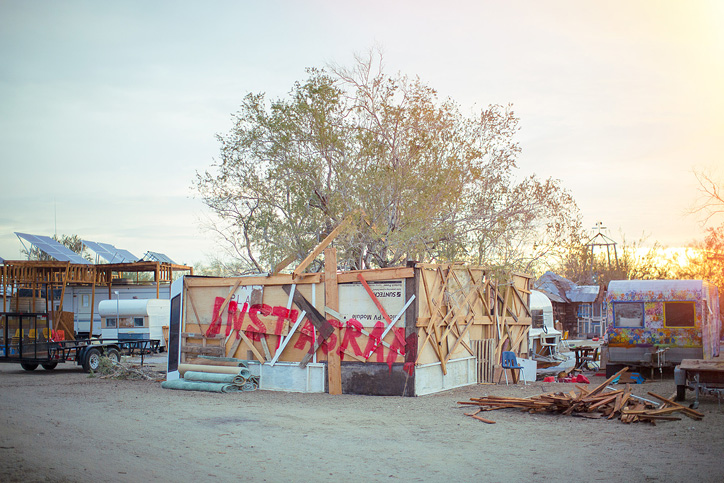 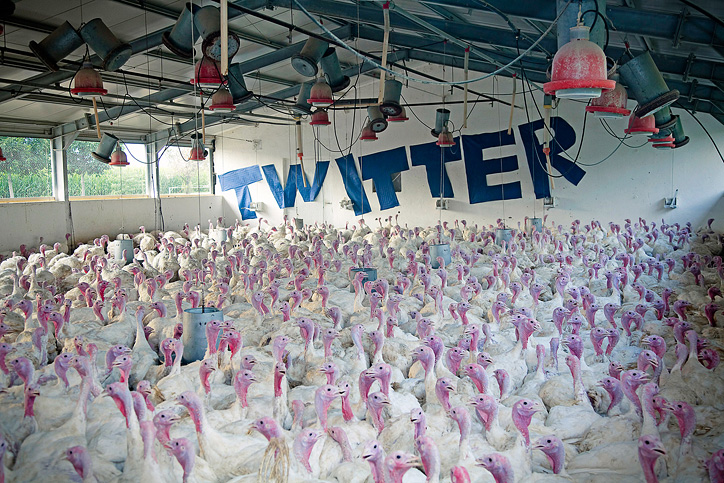 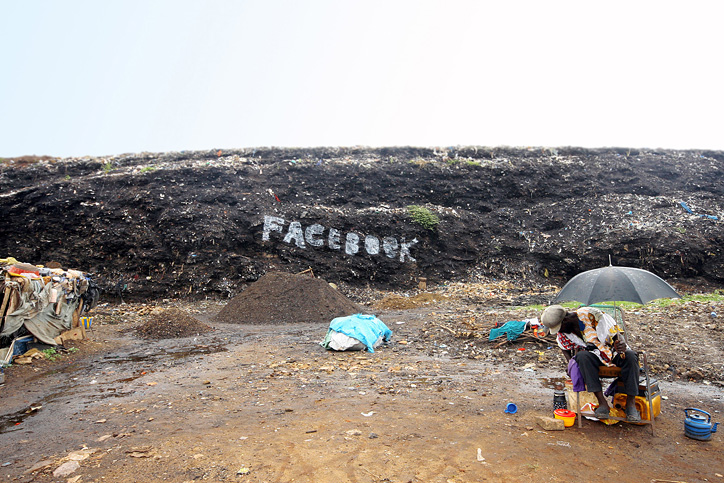 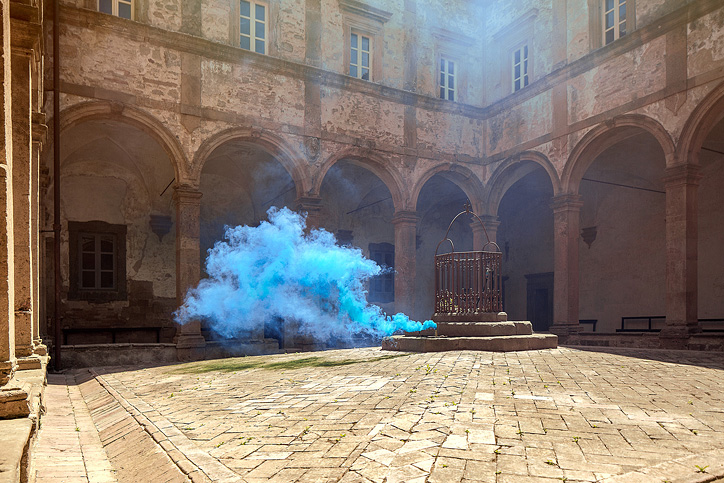 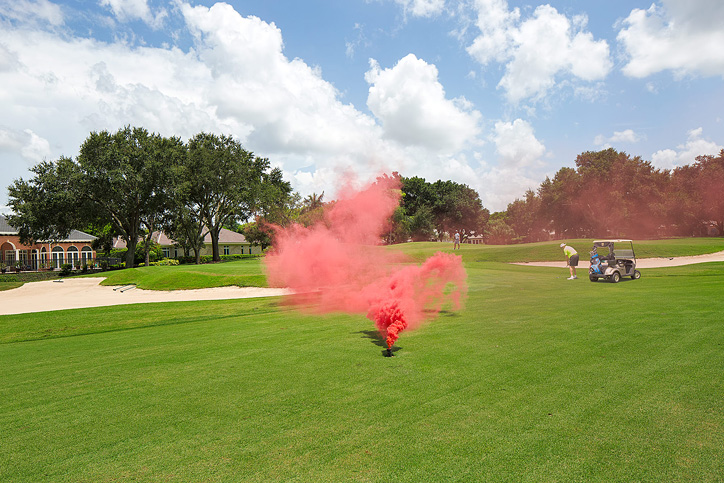 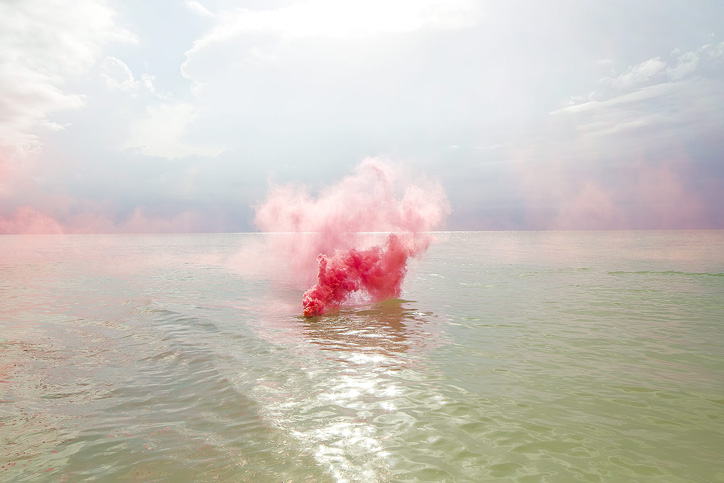 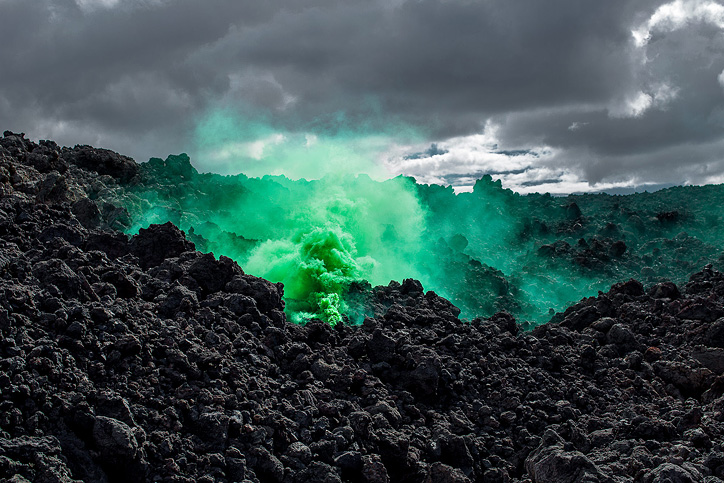 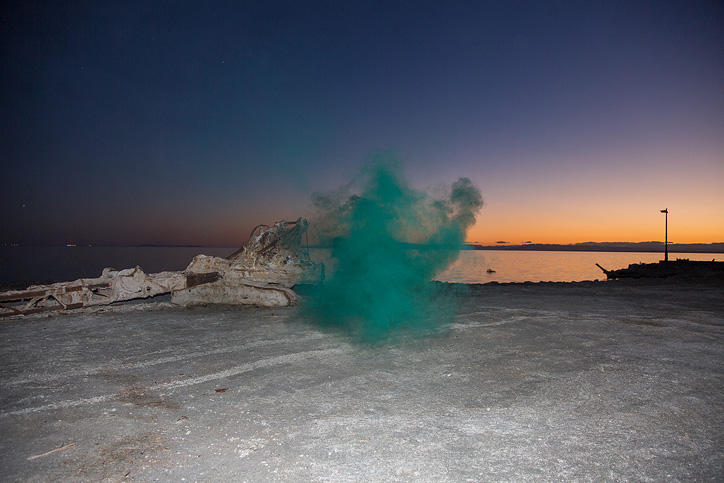 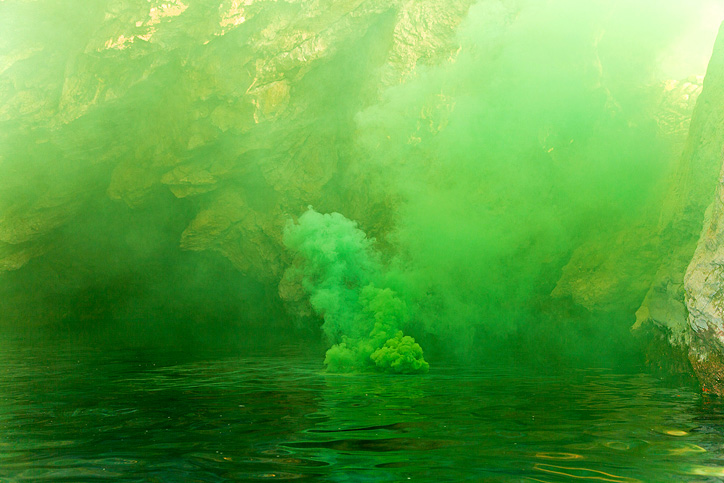 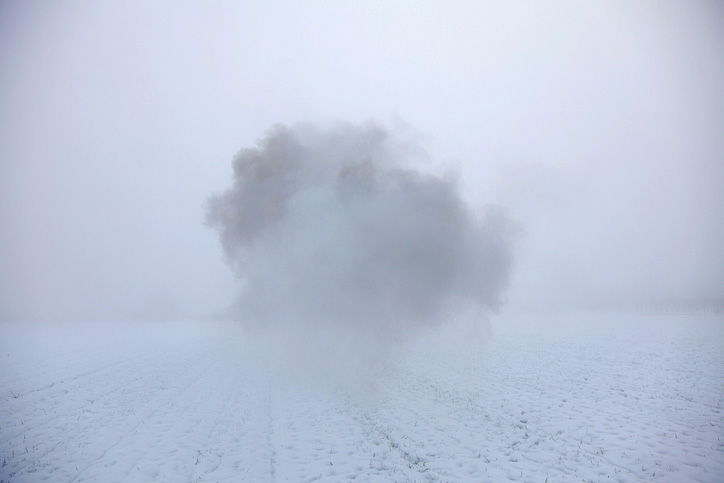 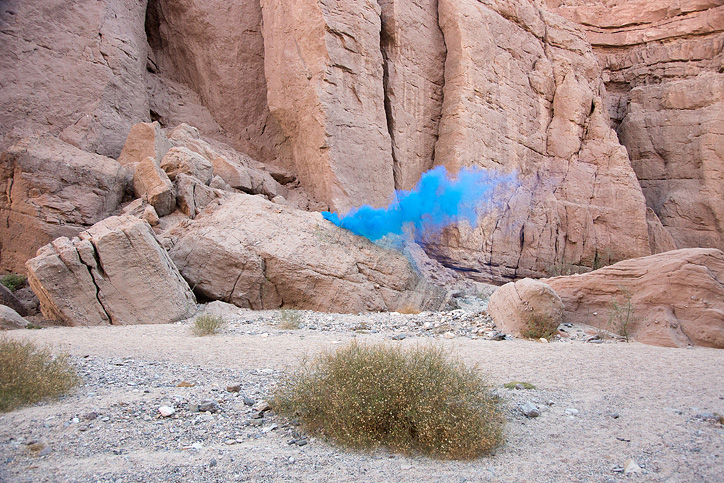 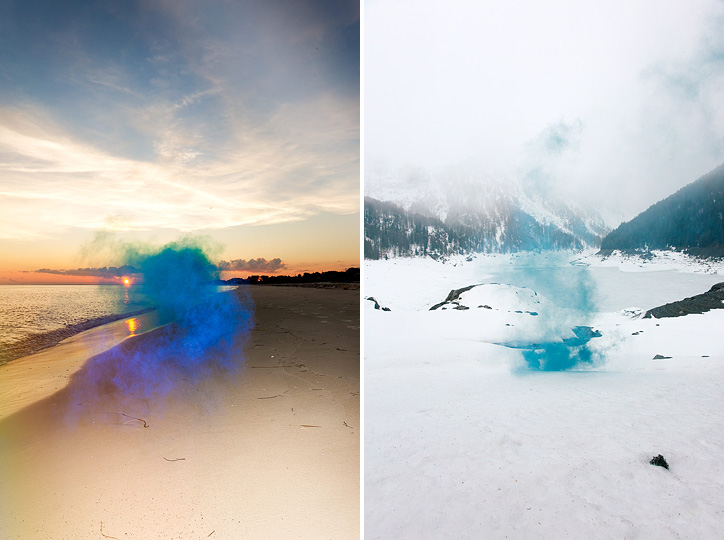