Fitting the infinite into unique spaces 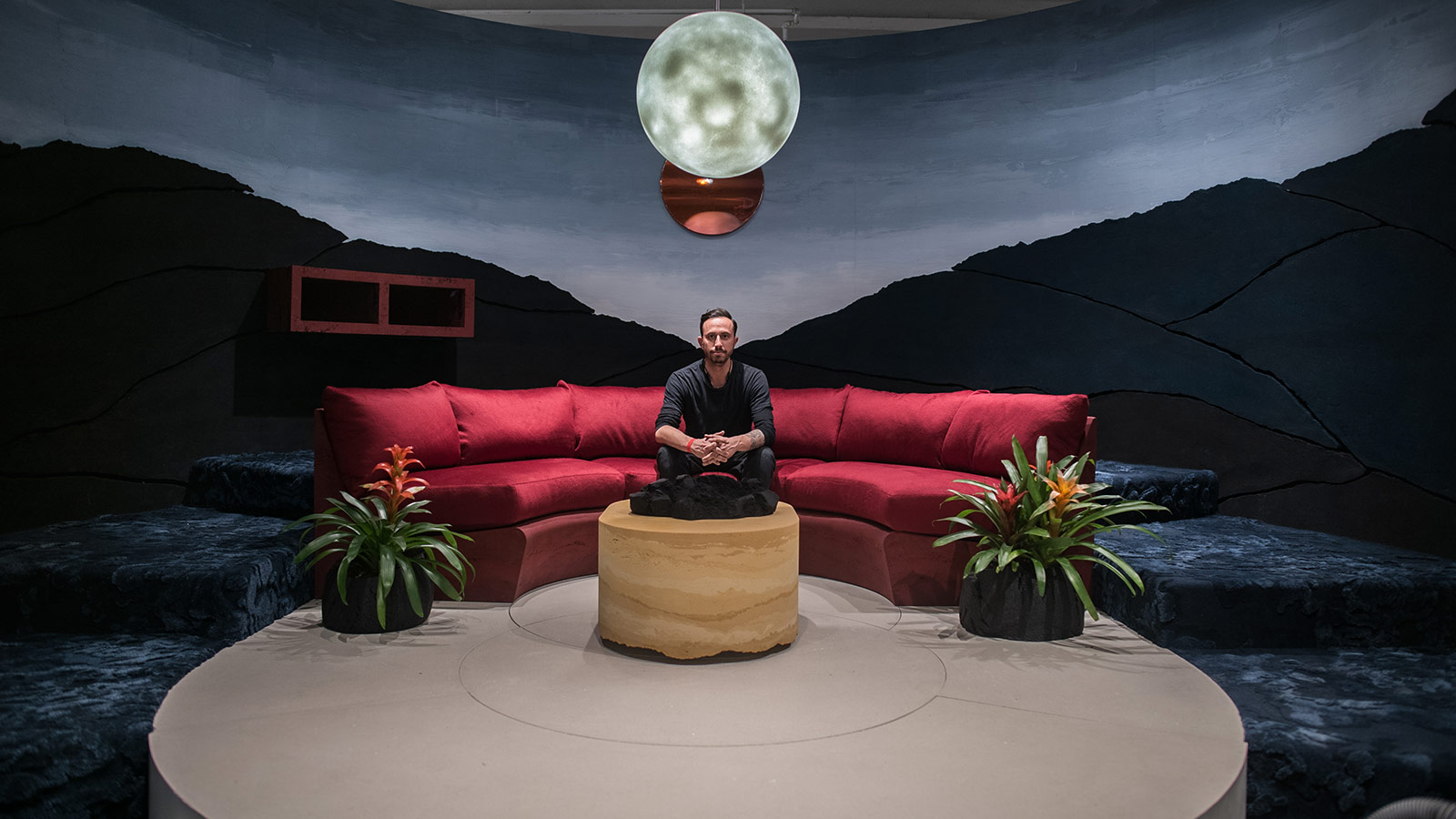 Mexico-raised, Brooklyn-based multifaceted sculptor and designer Fernando Mastrangelo’s work is a reflection on our precious relationship with nature and the tragic impact we have left on it. From his sandy mirrors to his granular coffee tables, each of his pieces contributes to an extraordinary topographical landscape, inspired by the melting glaciers of Patagonia and designed to fit into unusual spaces.
To start with, could you tell us a little bit about yourself, where you're from and how have your roots influenced your career?
I started drawing at the age of fourteen and, a few years later, I started painting. Sculpture and furniture didn't come until later. I went to high school in Mexico and then moved to Argentina. In Buenos Aires, I created a portfolio for college and I applied to Cornish College in Seattle. I started in the fall of 1998 and, in 2002, I was awarded a full scholarship to go to VCU Sculpture for graduate school. In 2004, I moved to New York and my first job was for Matthew Barney, whose work I love and admire. I was curated into a group show in 2005 that led to a solo show in 2006. The sculpture sold and I started working full-time in the studio. In 2008, I made Avarice, which sold to the Brooklyn Museum and led to a series of shows with various galleries and museums. In 2012, I was commissioned by Sean Parker to create my largest work to date, which took two years to complete. By 2014, having just finished the commission, I started exploring furniture and loved it. In May 2014, I launched AMMA Studio, which leads to fusing my sculpture practice with a sculptural furniture company.
Only recently have I been able to see how the places I've lived in and how my family history has played a role in my work. It's hard to see it clearly, and until recently, I hadn't stepped back and looked at the entire body of work coupled with my life circumstances, which undoubtedly have changed, evolved and shaped my work in many different directions. For example, let’s take Mexico, which has an incredible history of making, building and crafting in such a rich and primitive manner, that I feel it's permeated my way of making and thinking. They build with cinder blocks, which starts to influence the form and shapes that they can explore. Usually, it's simplified geometries and large scale. I think this is naturally part of my practice, but I didn't really see it that way until recently, and now it seems entirely obvious.
Your work can be broken down into several distinct categories: furniture design, mirrors, flatworks, rugs, etc. How do you manage to work on such a broad spectrum and how is each series linked?
It’s precisely because I don’t think about them as different categories. I've developed a language, and that language can expand and contract into many forms. The language of the rugs is influenced by the flatworks, the mirrors transform into rugs, while the furniture turns into sculptures, and the sculptures become paintings; it’s all connected. I can design a space, a building, a piece of furniture and cast the walls for the paintings to hang on. It's about language, and the language is materials, form, and content coming together to create something new and experimental.
I'd like to talk a little more about your mirrors, which are particularly fascinating to the eye. Let's take the Drift Mirror 08 for instance. It looks like a crack in a cliff leading to the sea. Am I close? How close are they to solely fulfilling the purpose of a mirror only?
They’re not really mirrors. I treat mirror like water and the sand transforms into a topographical landscape. And you're close, they’re based on glaciers breaking into water. 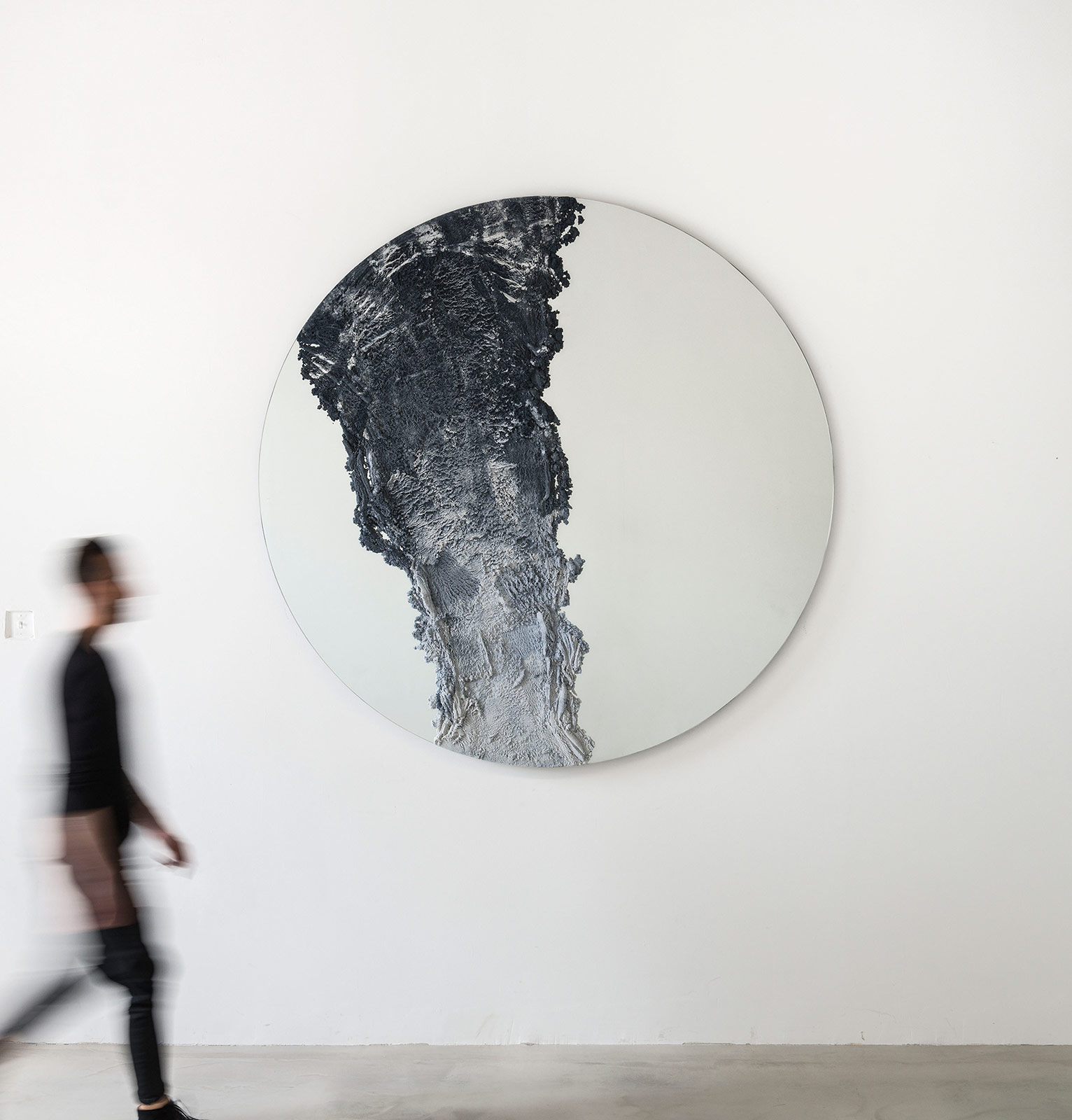 In terms of furniture design, all of your pieces have a particularly sandy, sea-like composition. Would you say this is one of your running themes? In your view, what does it contribute to an enclosed space?
I’m constantly trying to evoke moments​ that relate to our connection with nature. Most of the people I've met have had a profound experience with nature, perhaps their most profound. This is true for me as well, thus making it less of a theme but rather a guide for expression. I'm connected to the works I make because I feel inspired when making things that are not only beautiful but have a serious point of view as well. The work speaks of the most pressing human issue, in my opinion: climate change. I make work as a relic for our time and the landscapes that may not exist in a not-so-distant future.
Can we discuss the raw materials you like using the most in your creative process? A lot of your seating and coffee tables resemble the inside of a secret cave, with edges made out of crystals that take on a mineral aspect. What do you enjoy sculpting the most?
I love shaping every single piece of my work in the studio. I use sand, powdered glass, salt, silica, crushed porcelain and many, many other materials to express a sense of nature in organized organic minimalism. The materials allow the object to not reference nature alone but actually use it to express itself.
Each of your designs evokes a different type of landscape. Let's take the Swell I piece from your Reverence series, which caught my eye. How does it fit into the landscape of a room?
Swell is based on the pattern from an iceberg that was floating in the ocean and which experienced different layers of pollution through the years, by different particles getting trapped inside the ice. That seems grim, but it's almost as though beauty emerges from very tragic things. How it fits into a room is what I leave to the interior designers. If I were using it, I would probably want to hang it as a tapestry. 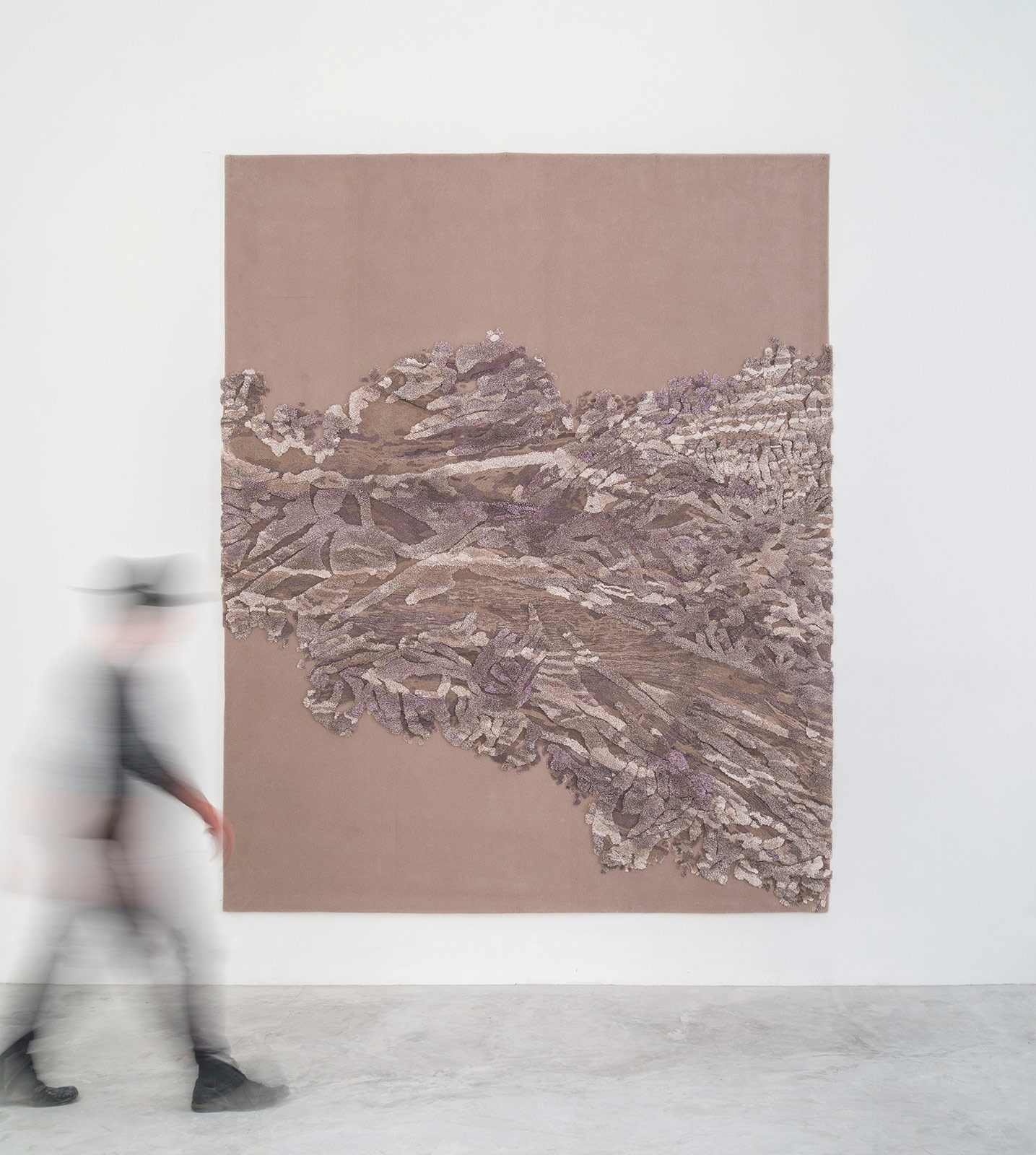 Could you relate one of your most poignant experiences or memories, which you think has moulded itself into your signature?
Patagonia. Hands down my first visit to Patagonia changed my life and work. The colours, the shapes, the diversity of landscapes, and the tragedy of the melting glaciers all combined has been the most poignant experience of my artistic life.
To conclude, what exciting projects do you have planned this year and what can we look forward to?
I'm looking forward to creating a new collection of furniture for 2019, which will begin pretty soon. Meanwhile, we're working on some very large-scale architectural works and getting ready for the second edition of In Good Company, a curated group show I host at my studio for emerging artists and designers every summer. The next phase of the studio is doing more experimental sculptural interiors that use all of the languages of sculptures and furniture in order to create one-of-a-kind spaces. 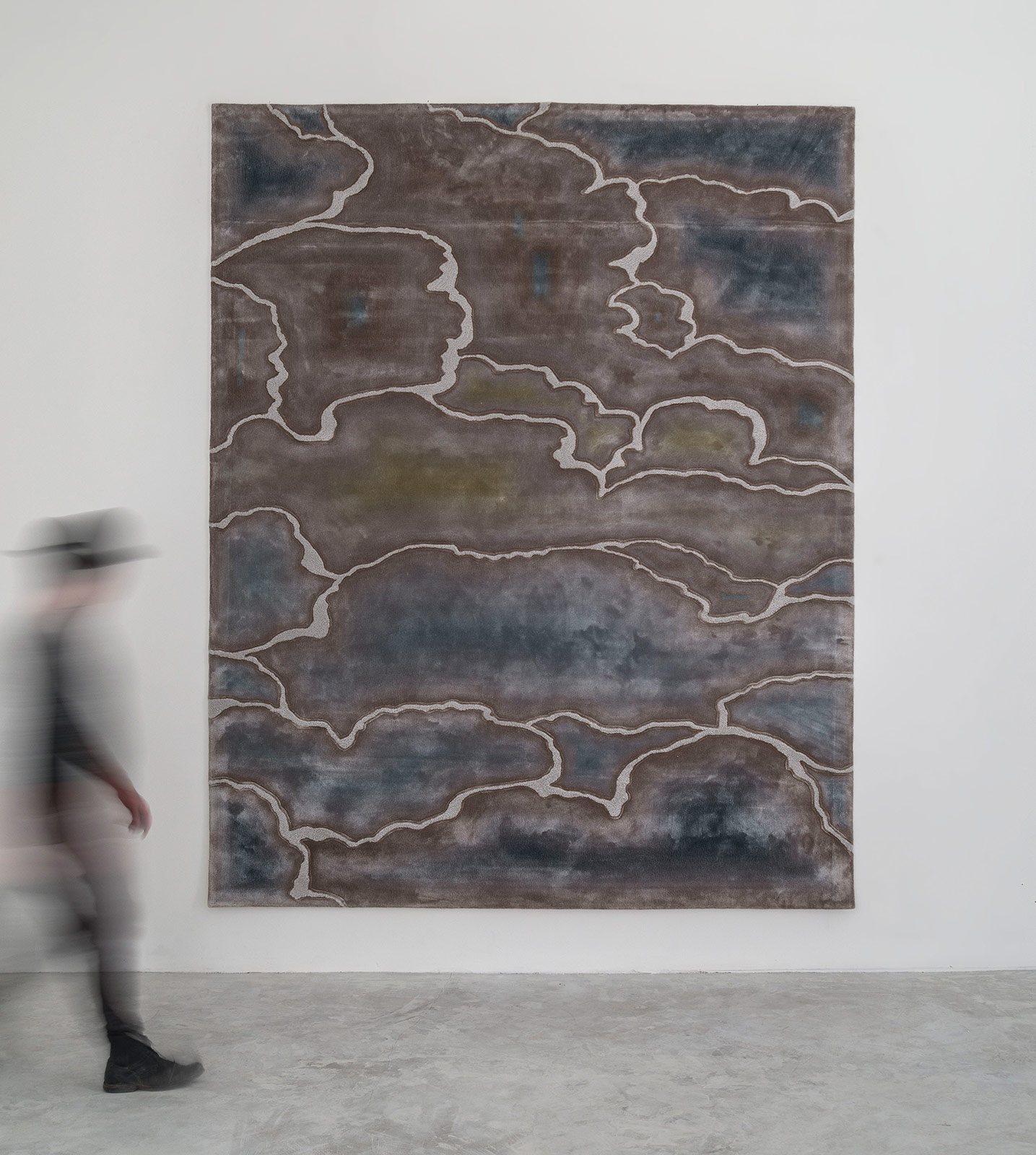 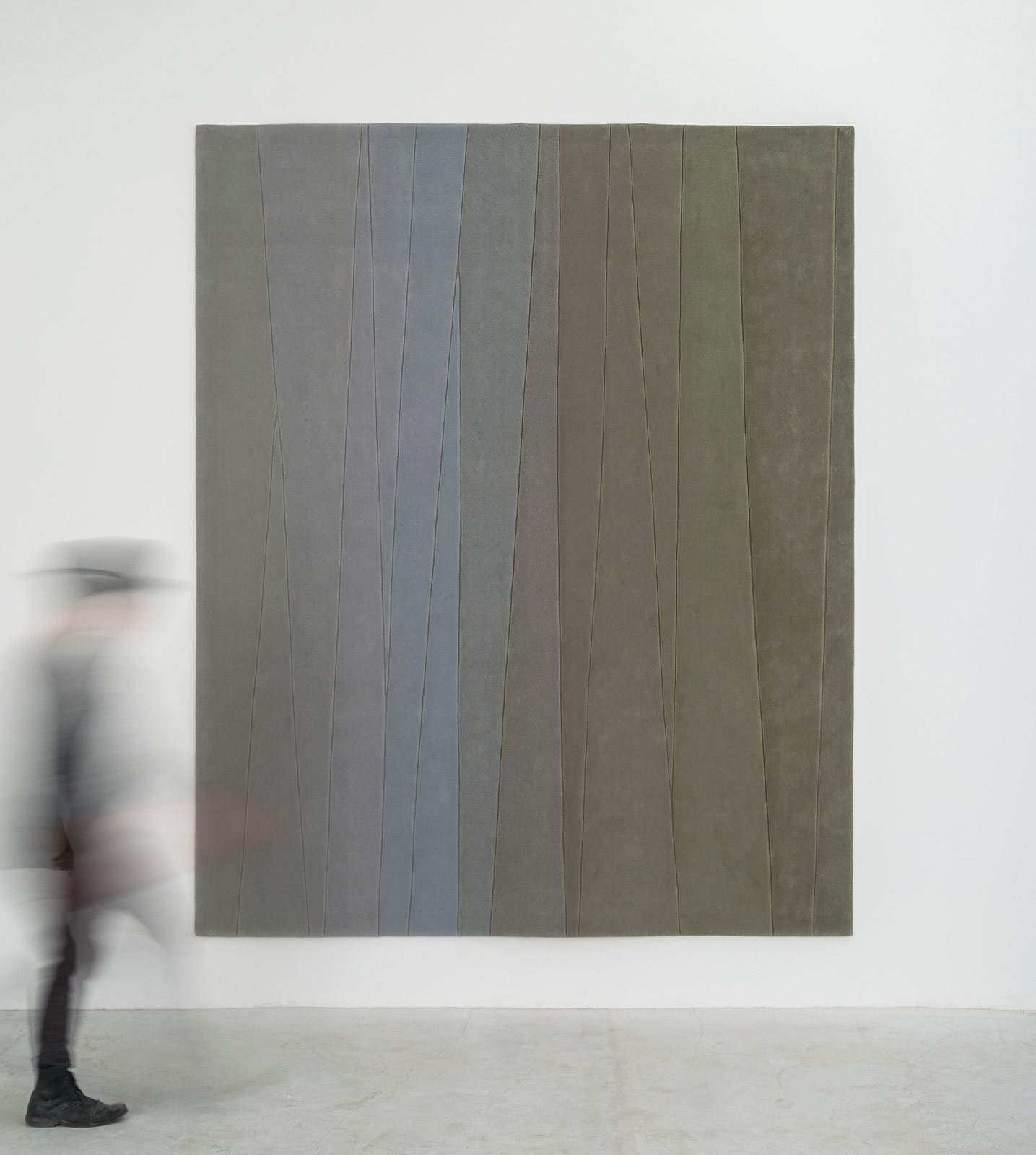 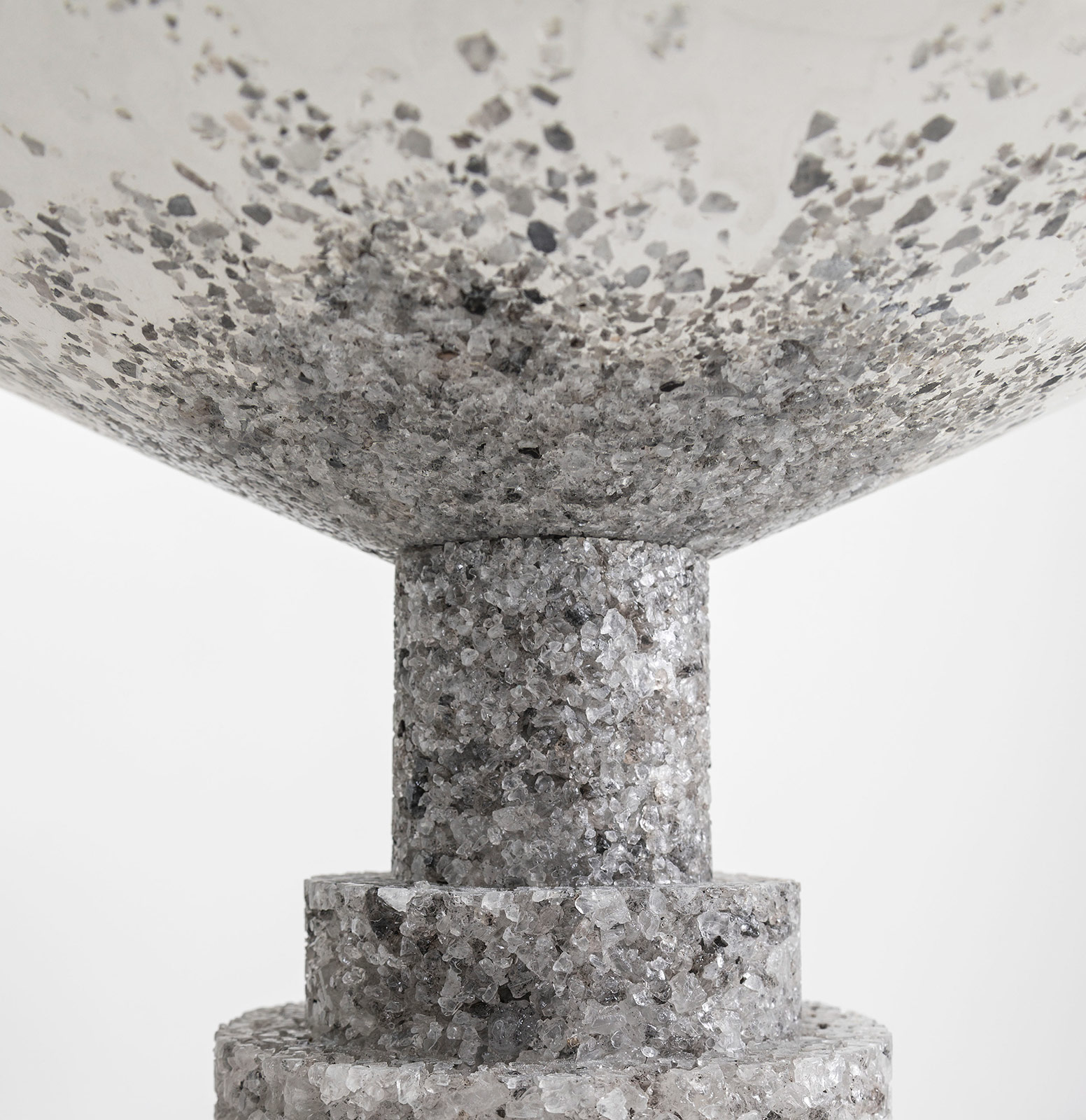 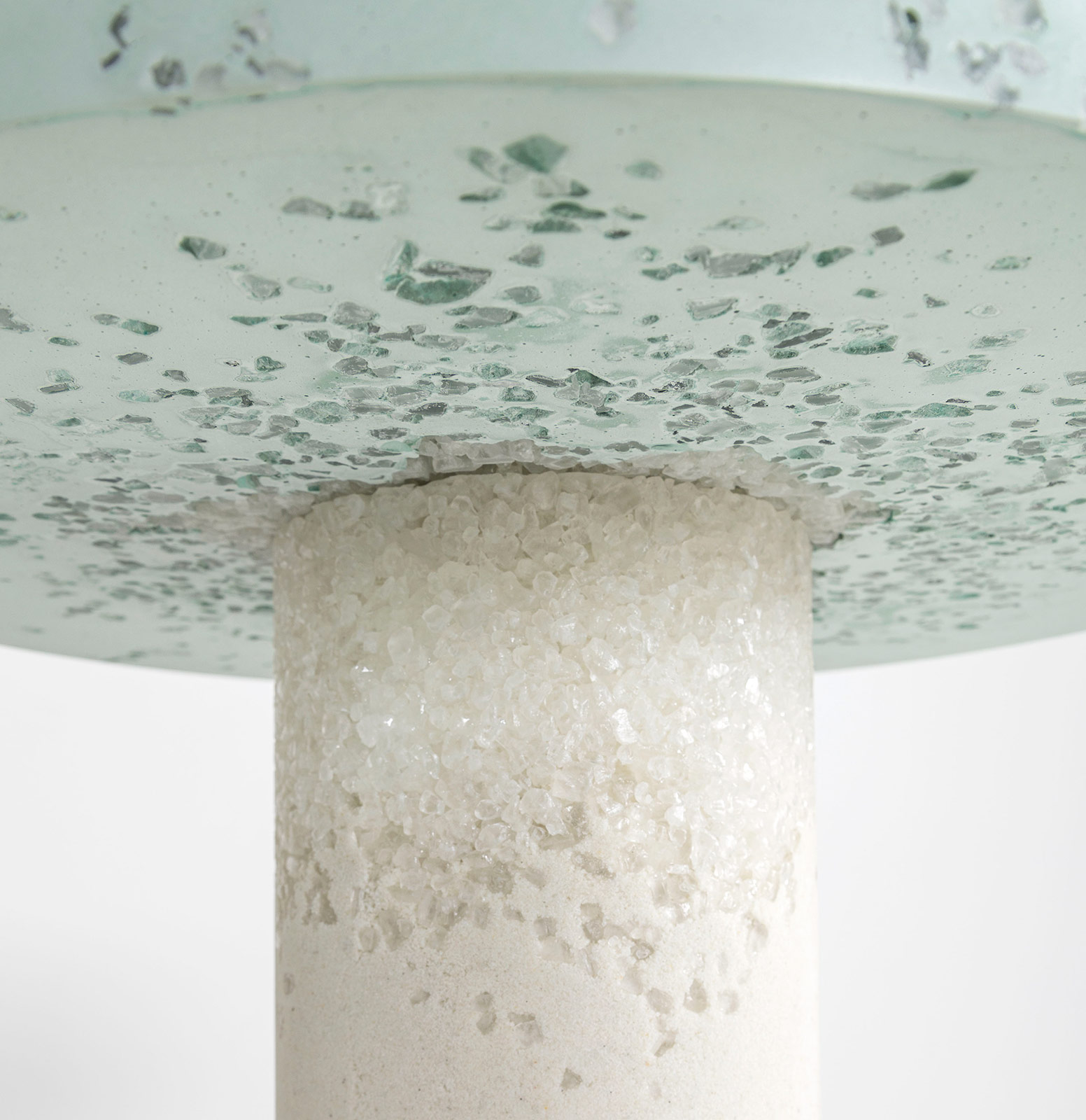 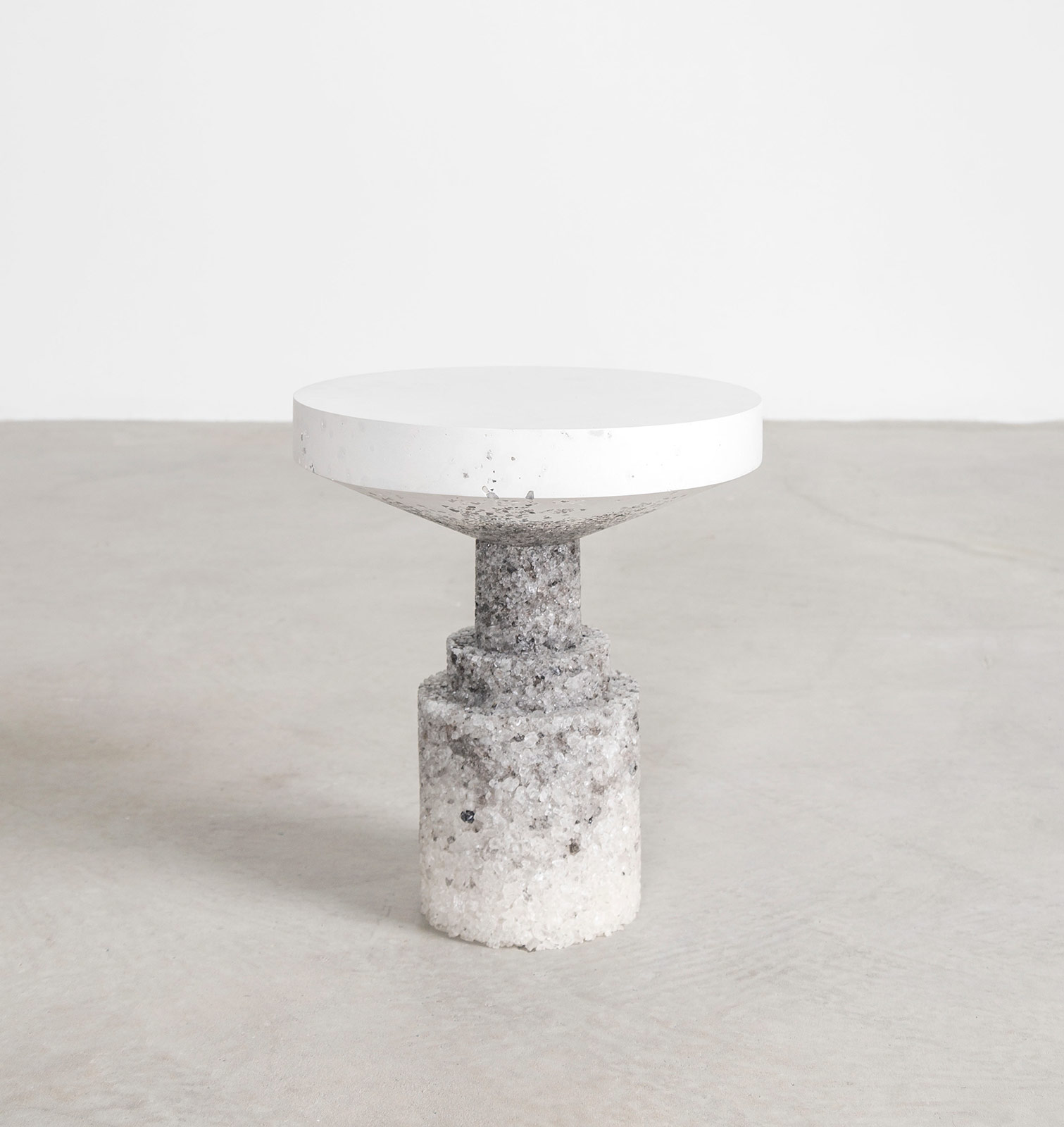 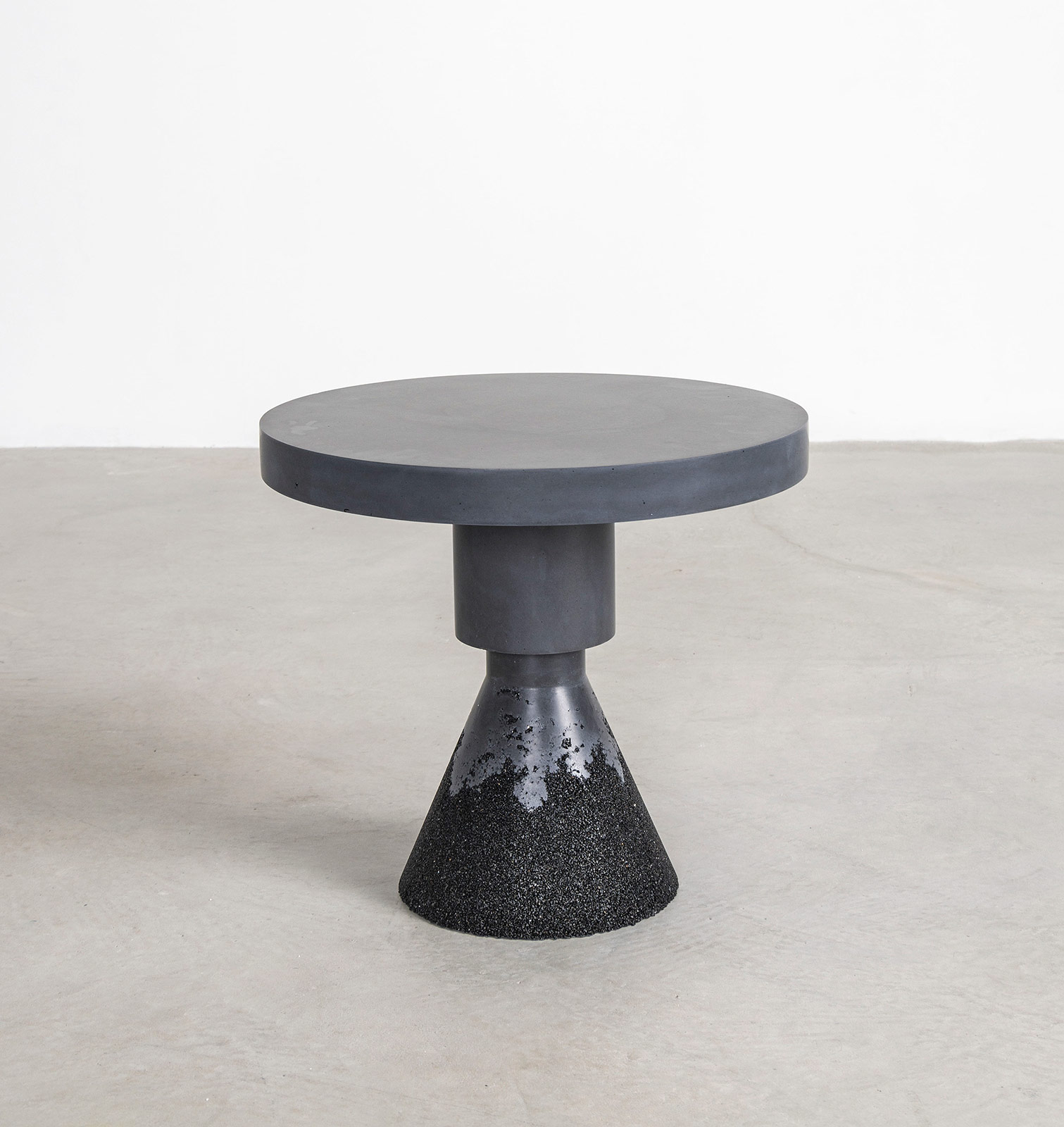 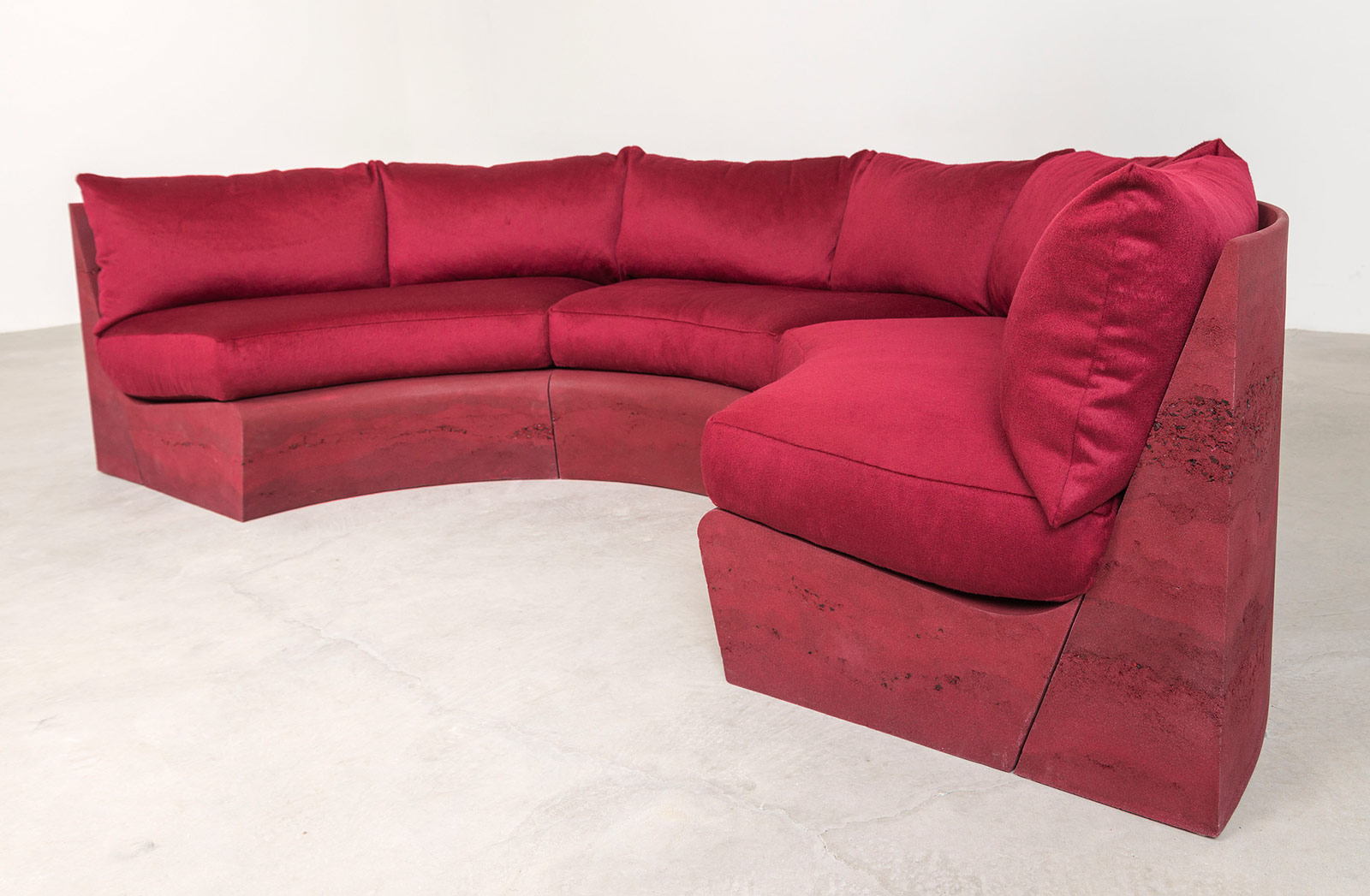 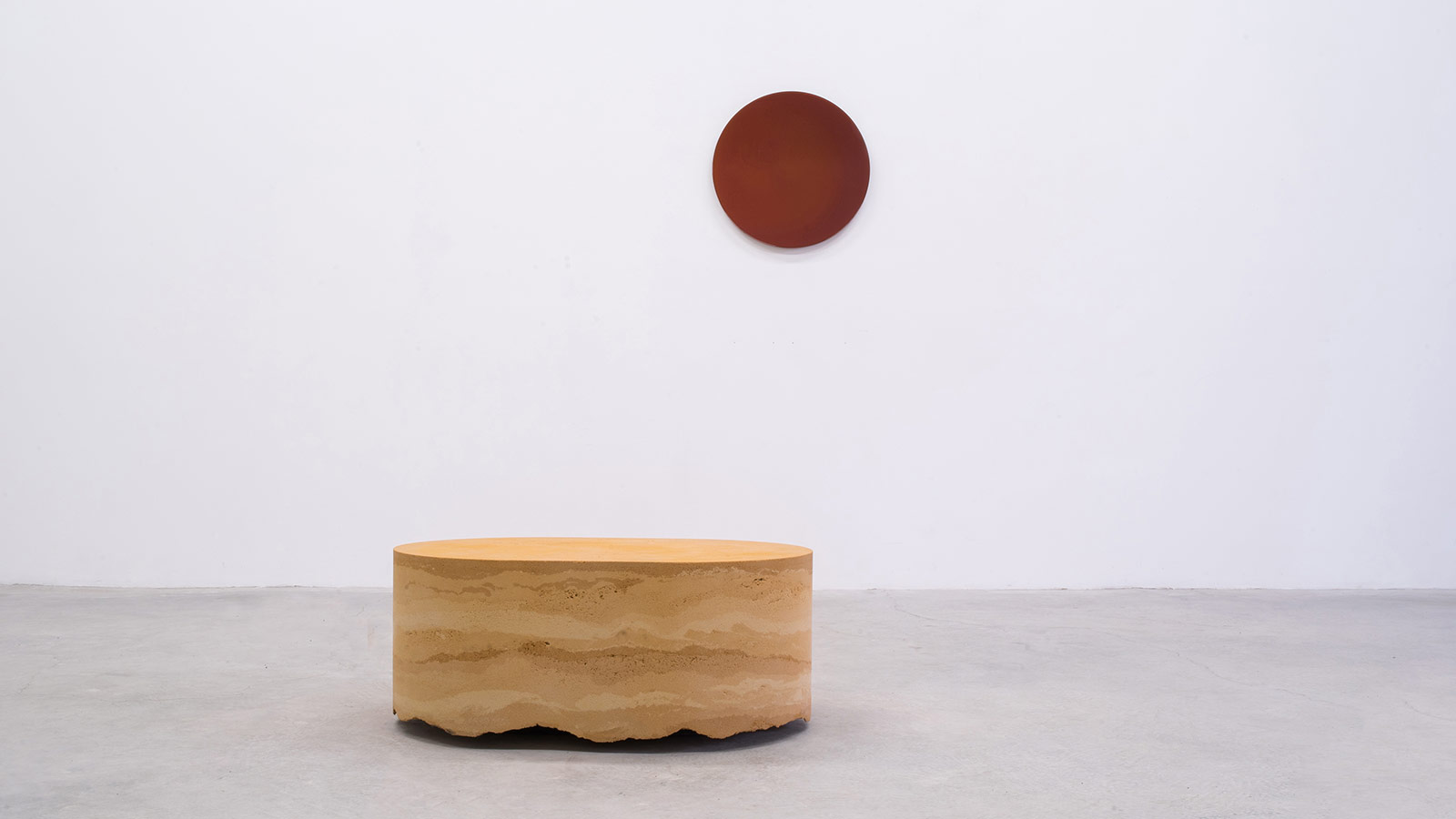 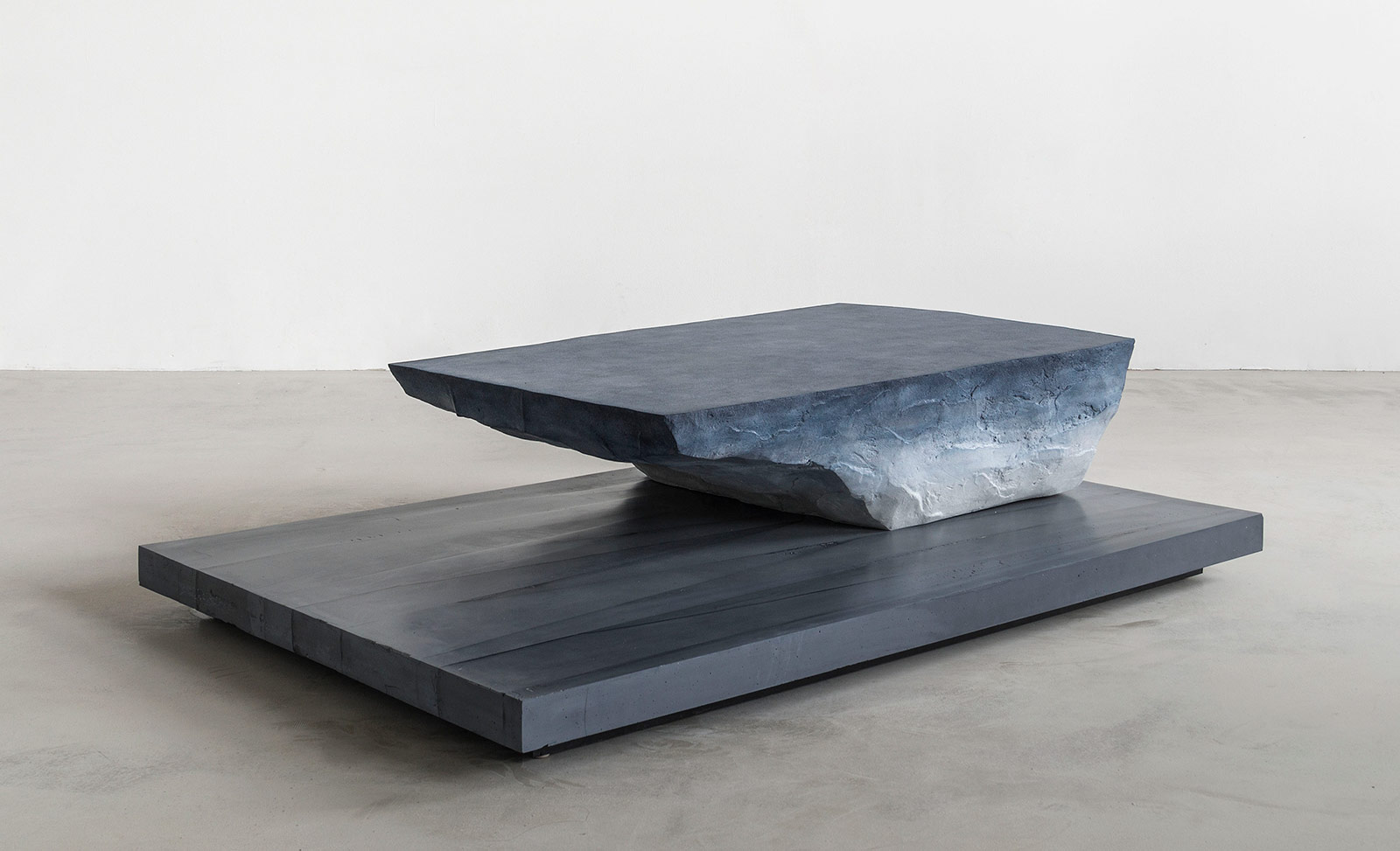 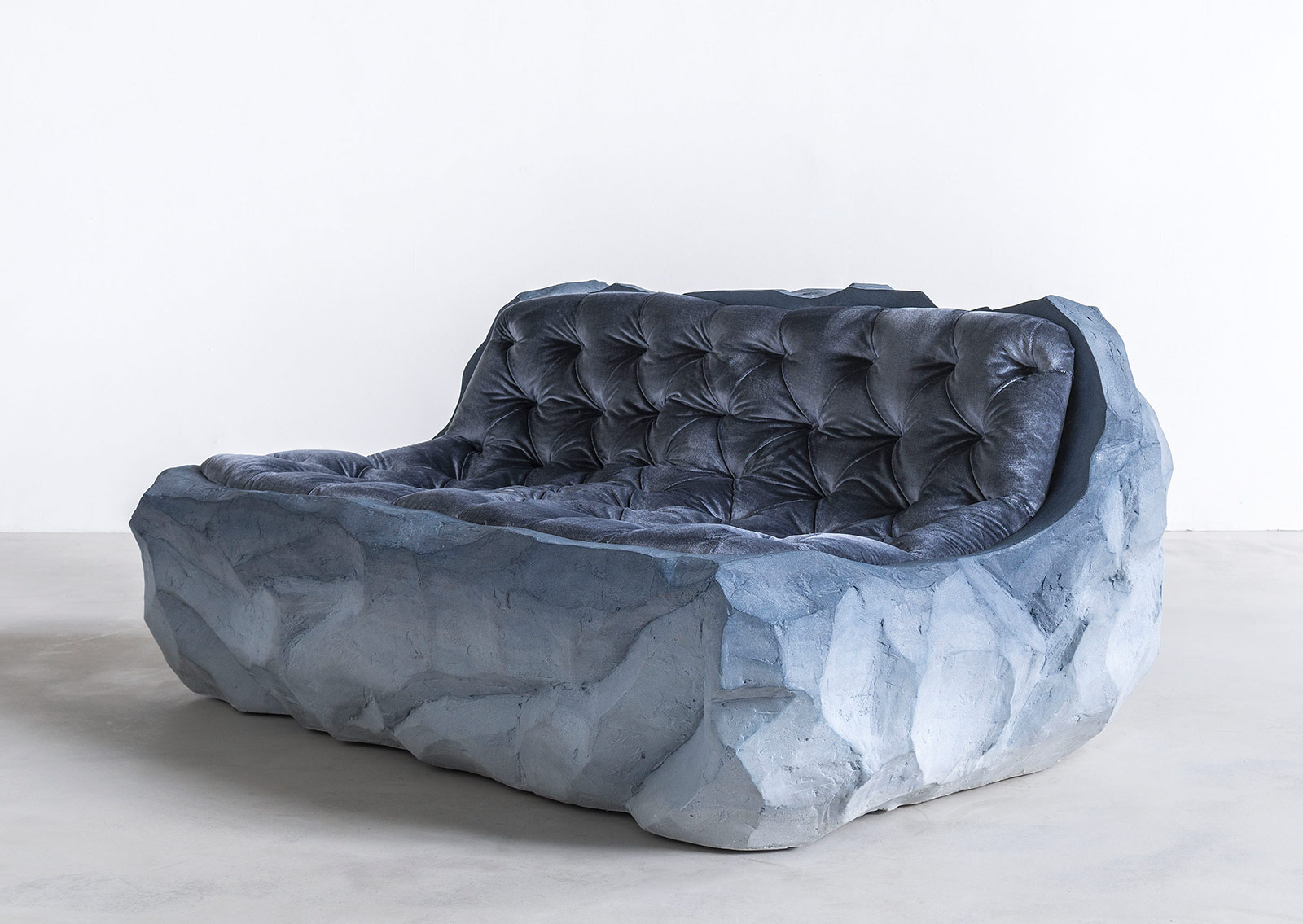 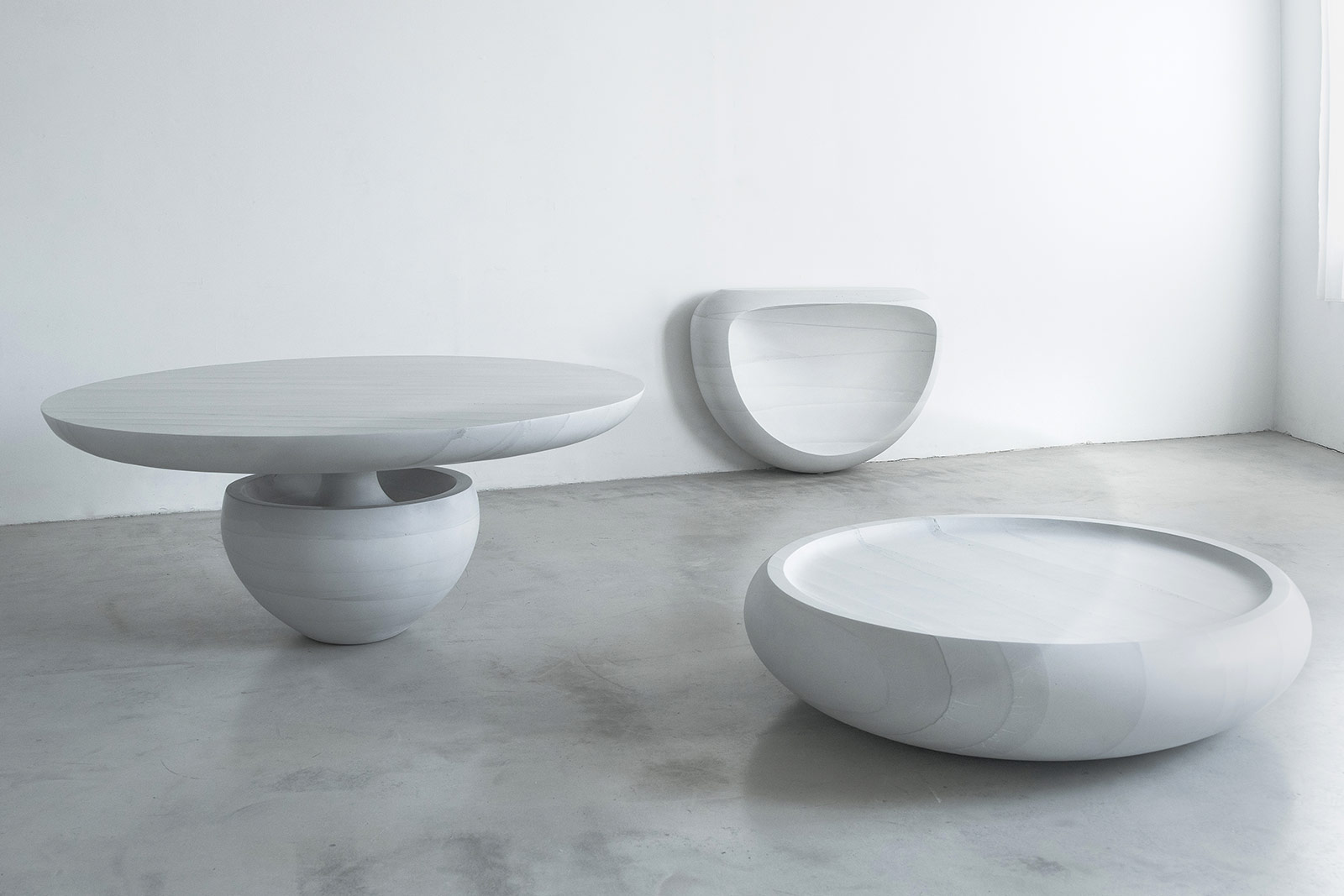