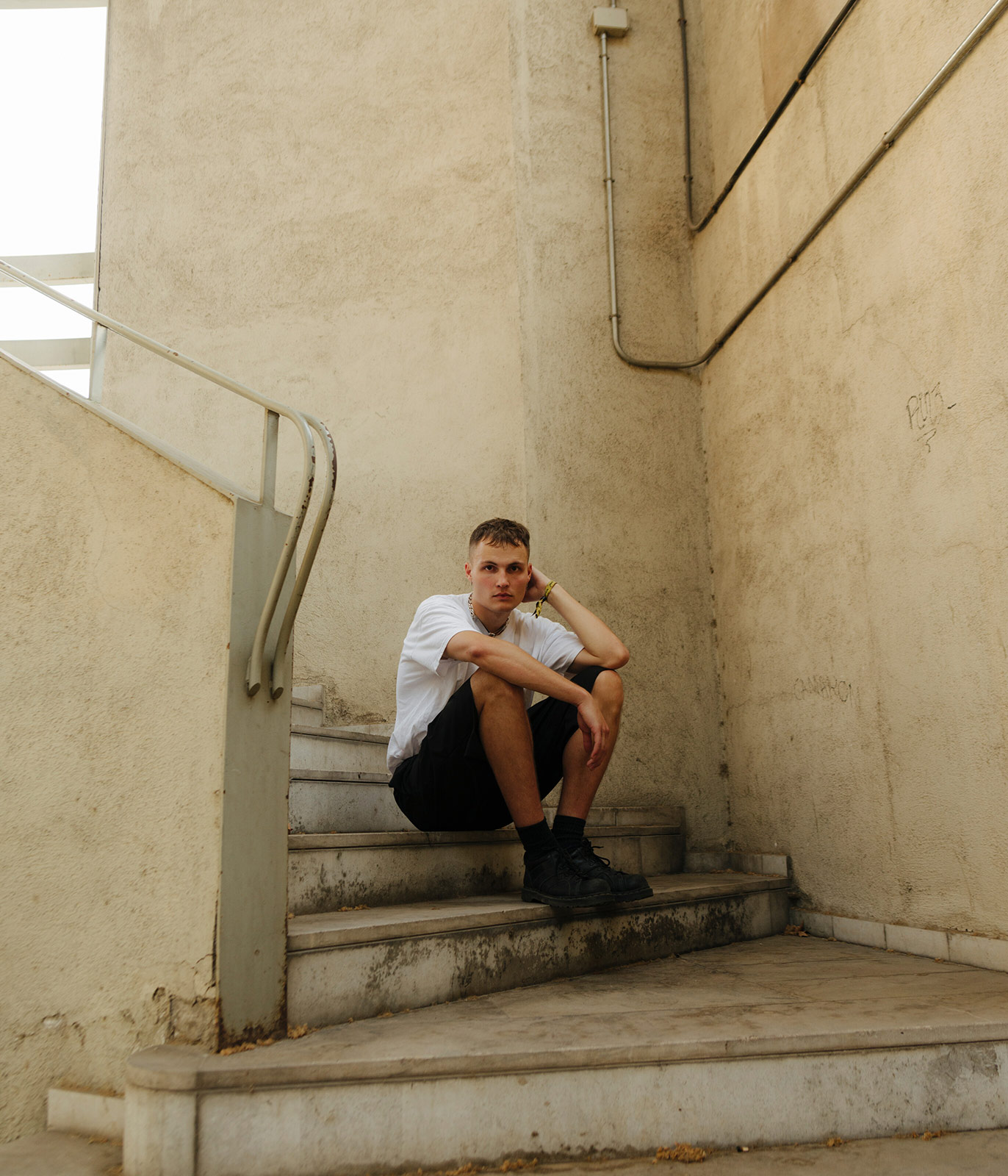 Mathias Humlen, a.k.a. Fakethias, only released his debut EP Attune back in 2018. But he is already making a name for himself in the electronic music scene with performances at the Red Bull Music Festival last year in Berlin and at this year’s Sónar Barcelona in the SonarDôme presented by Red Bull stage. Describing his music as a mix of both experimental sounds and club beats, Fakethias revels in extremes and contrasts and looks for the balance in a cacophony of heavily processed material ripped from YouTube, soothing melodies and voice notes pulled straight from his iPhone. Before his set at Sónar Barcelona, we managed to have a quick chat with the Oslo-based producer about his debut album, his creative process and the musical influence of other artists, and being nominated for a coveted Norwegian Grammy.

So your real name is Mathias Humlen but you go by the alias Fakethias. What’s the meaning behind this persona? Why didn’t you want to go by your real name as apart of your musical identity?
It’s just a username.
You categorize the music for your project as a mixture of both experimental and club beats. How do you decide which kind of contrasts and extremes in beats and sounds you want to put on a track? Can you take us through the creative process for your debut EP Attune, which was released last year?
In late 2017, I had a bunch of demos that mostly fell somewhere between club music and abstract sound design. At that point, it didn’t really feel like something I wanted to release. I considered scrapping everything to start something new but forced myself to finish the tracks before moving on. Initially, my idea was to make a seamless ‘mixtape’ out of these often short ideas. The first draft was more like a compilation of moments and spaces, rapidly moving from one to the next, like a stream of consciousness. Eventually, I let every idea live longer and it turned into two EPs – Attune​ and ​Torn/Enhanced​.
Practically speaking, this music comes from trying to write by shaping sounds and resampling them endlessly to create instruments that feel lifelike and physical in a way. I’m drawn towards sounds that paint mental imagery. I generally used a lot of heavily processed material ripped from Youtube and recordings from my phone. The latter doesn’t mean much to the listener, but it made it feel more personal to me. ​Attune’​s opening track is a collage of iPhone recordings from my room, like myself by the window spontaneously humming over a civil defence siren test, and someone close to me talking in their sleep.

“I like the overwhelmingness, brutality and general feeling of instability because it feels like something real.”
Could you tell me a bit more about Epinephrine in particular? It’s one of my favourite songs of yours.
The song Epinephrine started with a ripped binaural recording of someone mimicking the sound of ear-licking. I’ve definitely extracted energy from club music, but it was more about drive and intensity than creating something meant to be played in a club. I had no clear concept in mind while writing this music, I rarely do. Sometimes, I have a vague idea of what I want to accomplish, but I’m mostly driven by curiosity, and perhaps a general desire to create something that reflects the world as I experience it. It’s a chaotic mishmash of impressions. I like the overwhelmingness, brutality and general feeling of instability because it feels like something real.
Also, Attune was nominated for a Spellemannspris (a Norwegian Grammy, so to say) earlier this year in the electronic music category. Would you say that was a defining moment for your musical career? Do you remember how you felt at that exact moment when you got the news that you had been nominated?
More than anything, it was fun. I’m from a small country, and an award show is a strange place to be. Being nominated for a Spellemannspris is like a staple of being a ‘serious musician’ to people who aren’t that into music here. I got nominated for something I wasn’t even sure if I wanted to show to anyone. I’m grateful for the recognition.

Let’s take a step back very quick to when you were working your way up the electronic music industry in Norway. How hard was it for you to break out on the Norwegian electronic music scene? In fact, what is the electronic music scene like there, especially compared to the rest of Europe?
I just have a couple of friends that are quite like-minded, and we DJ or book other DJs we like occasionally. Nightlife is generally very restricted here, so some people organize their own events outdoors during the summer. I recently played in a dusty tunnel under a bridge.
Which artist/artists have you always looked up to as you began making music? Do their musical styles influence yours in any way?
I’ve always appreciated artists who create large and layered bodies of work that you can submerge yourself in, or who somehow challenge the field they work within. When I started making electronic music as a teenager, my tracks were characterized by the immature idea that I could somehow say everything I wanted to say simultaneously and still make sense. I tried to blend elements from most of the music I was into. Everything from Clube da Esquina to Meshuggah. In a way, I still do, but I’ve created a sonic palette that holds it together, even if I choose to go in opposite directions. 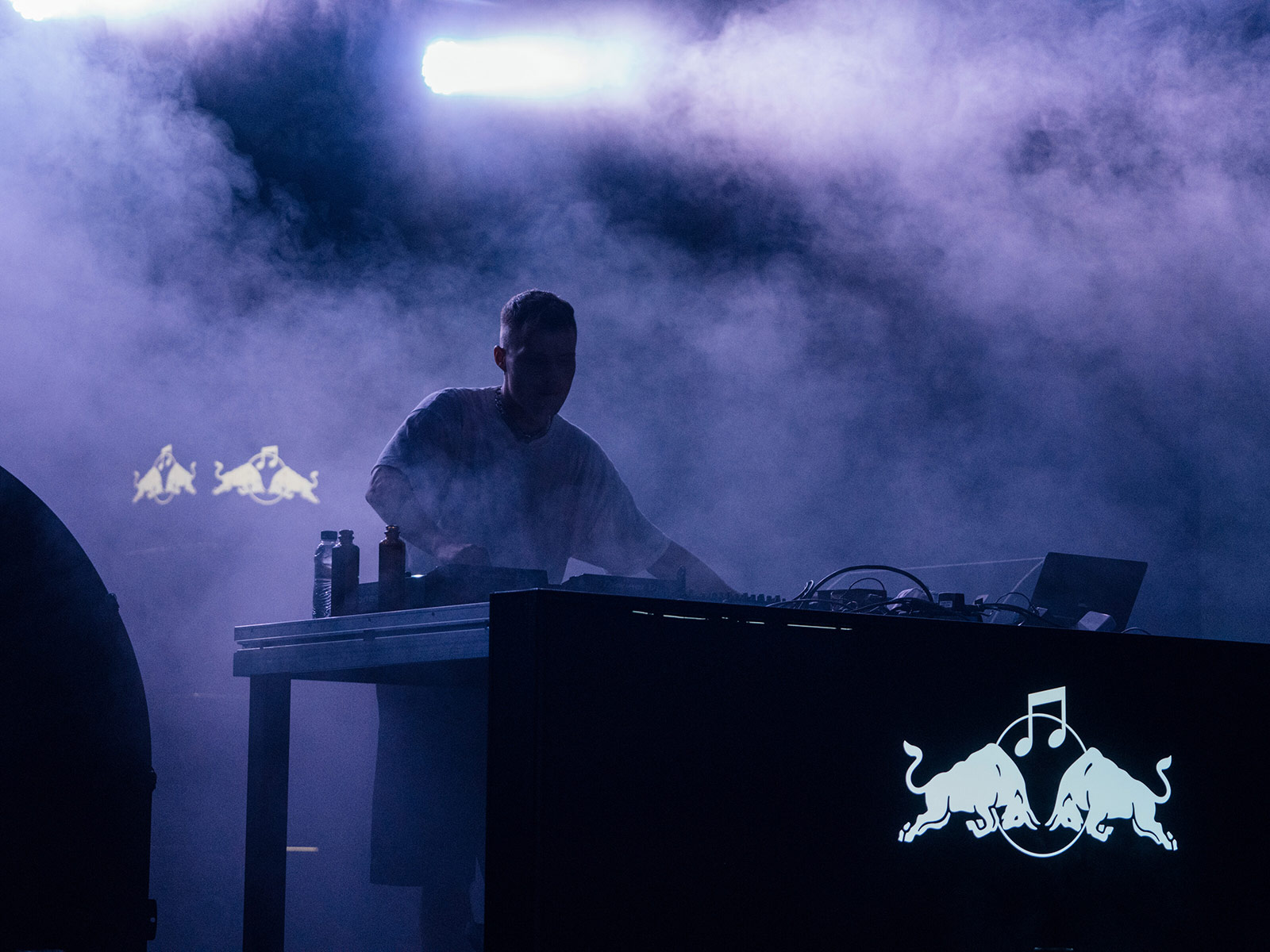 Of all the places you’ve performed at, which one left the most memorable impression on you? What was it about that place that would have you running back to perform in a heartbeat?
I don’t have a clear favourite, but I enjoyed playing and being in Kyiv recently. It’s an interesting place that I would love to see more of.
We’re really looking forward to seeing your set at Sónar 2019. Can you give us a little sneak peek as to what you have planned?
Fakethias, but more ‘big room energy’ and complementing visuals by Felix Schéele.

After Sónar, is there new music in the works or are you just planning on performing at other venues for the rest of the summer?
I’m always working on a lot of things. Look out for a release with Onleash (better known as Drippin) on our new label Massive Gain in August. It’s my first attempt to make actual dance music. 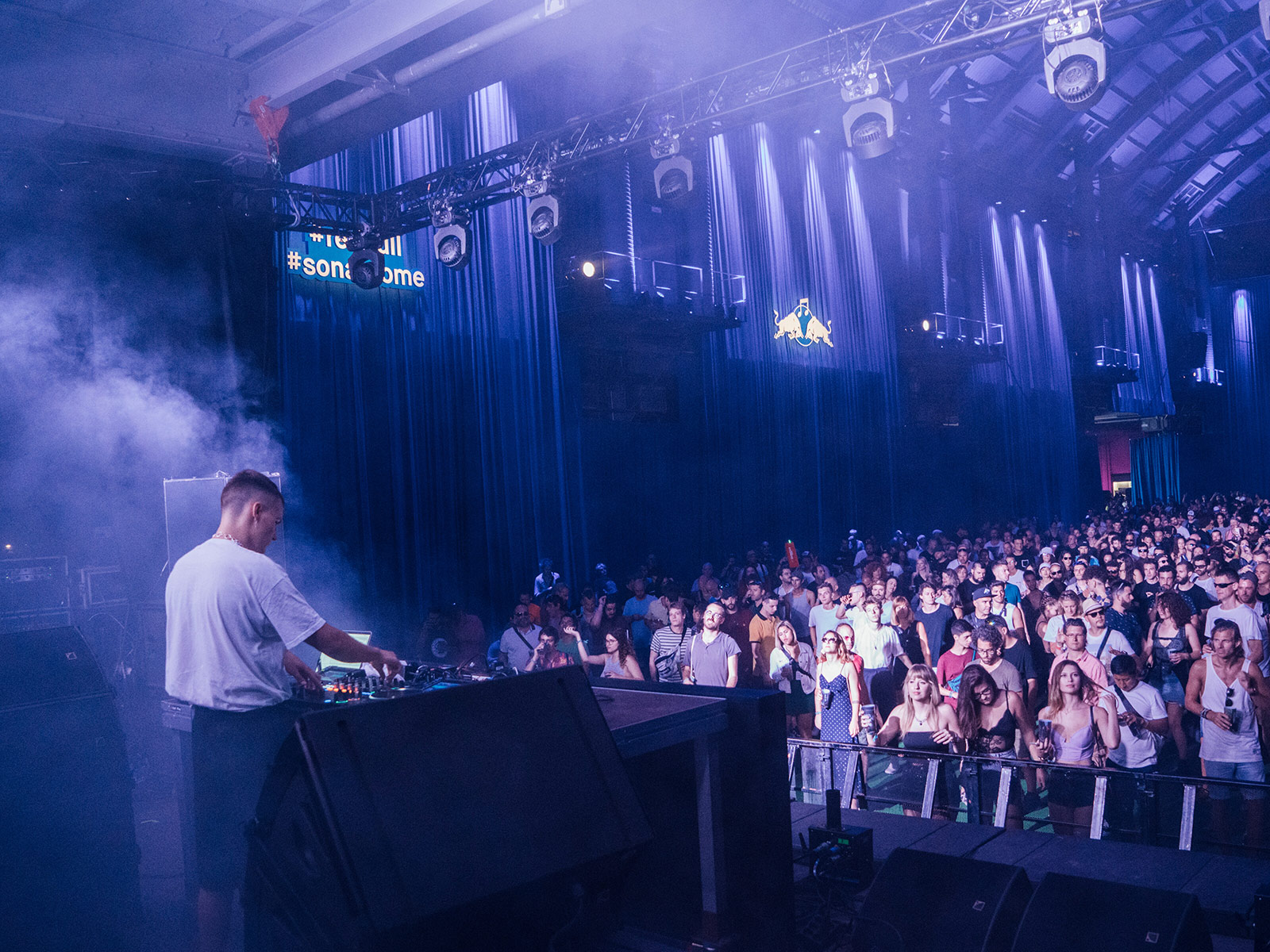 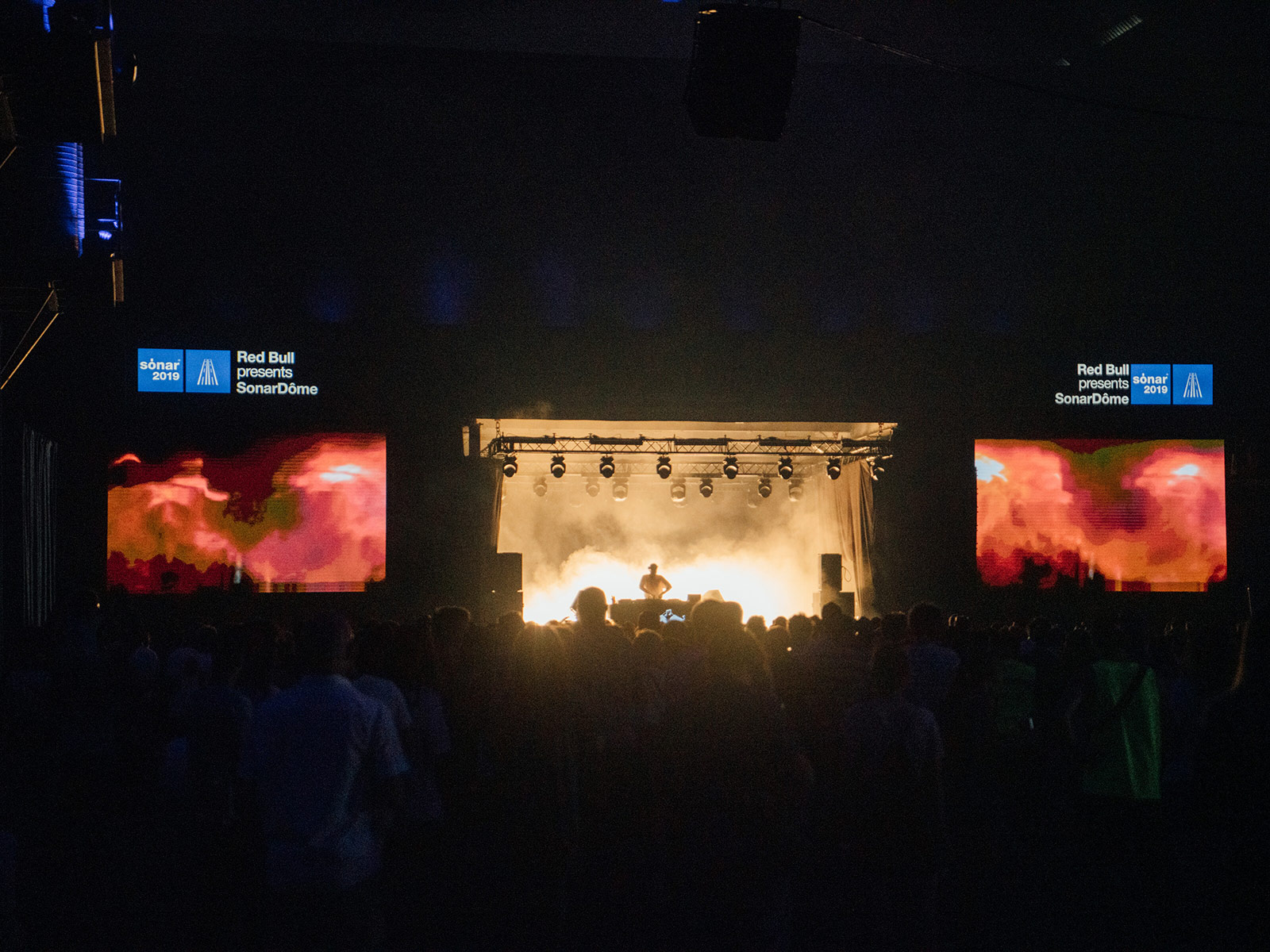 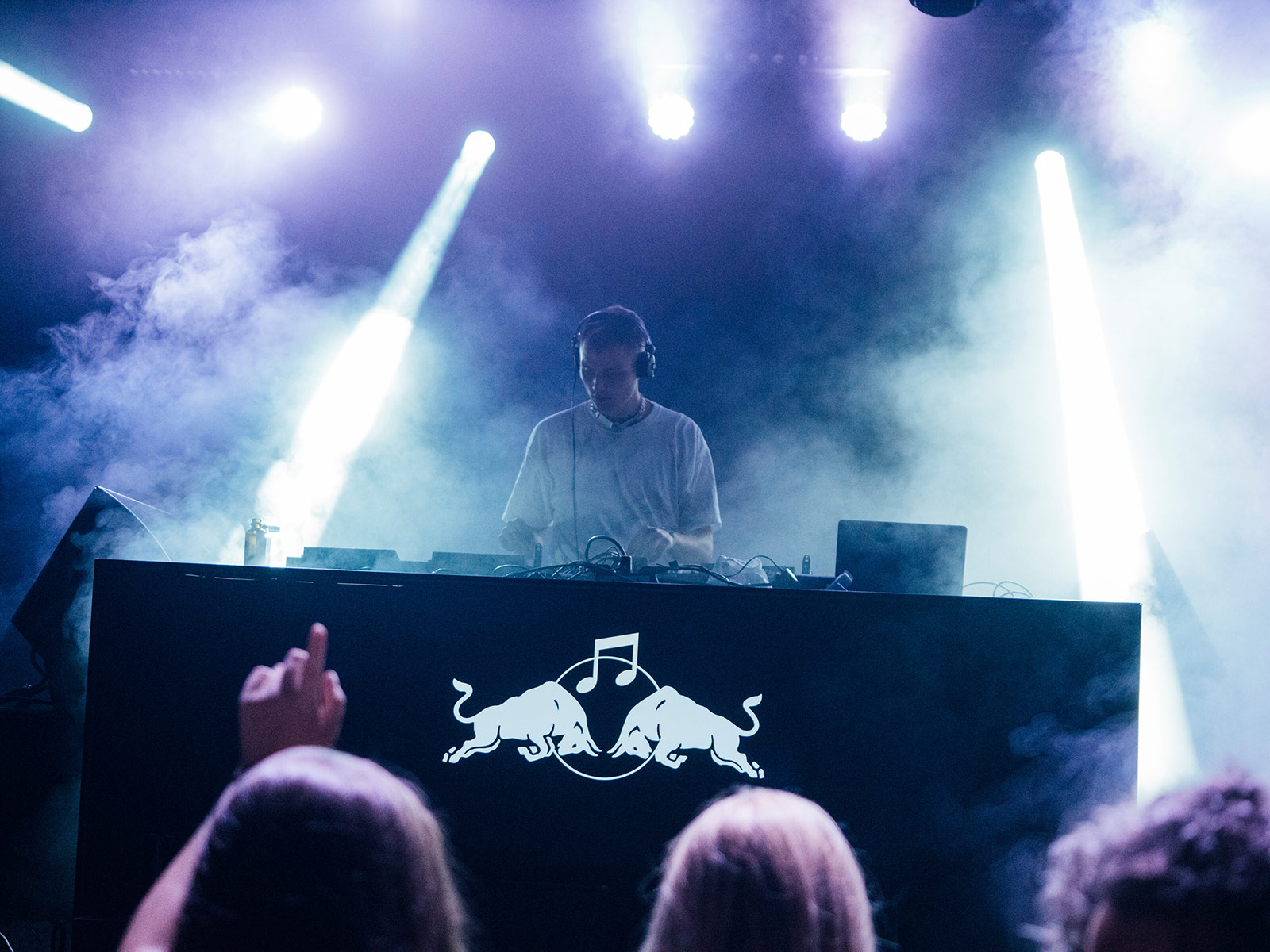 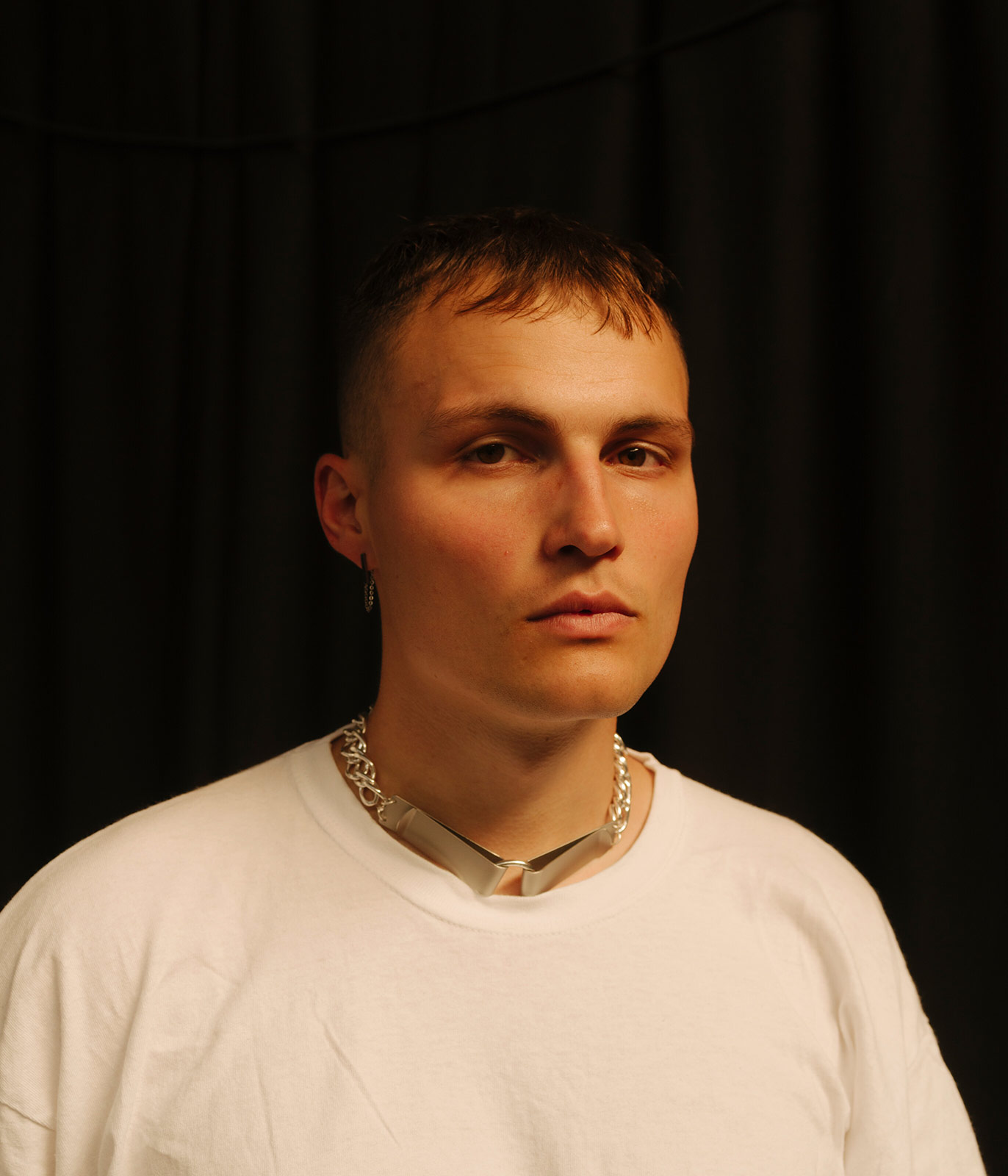