Behind the iron carpet 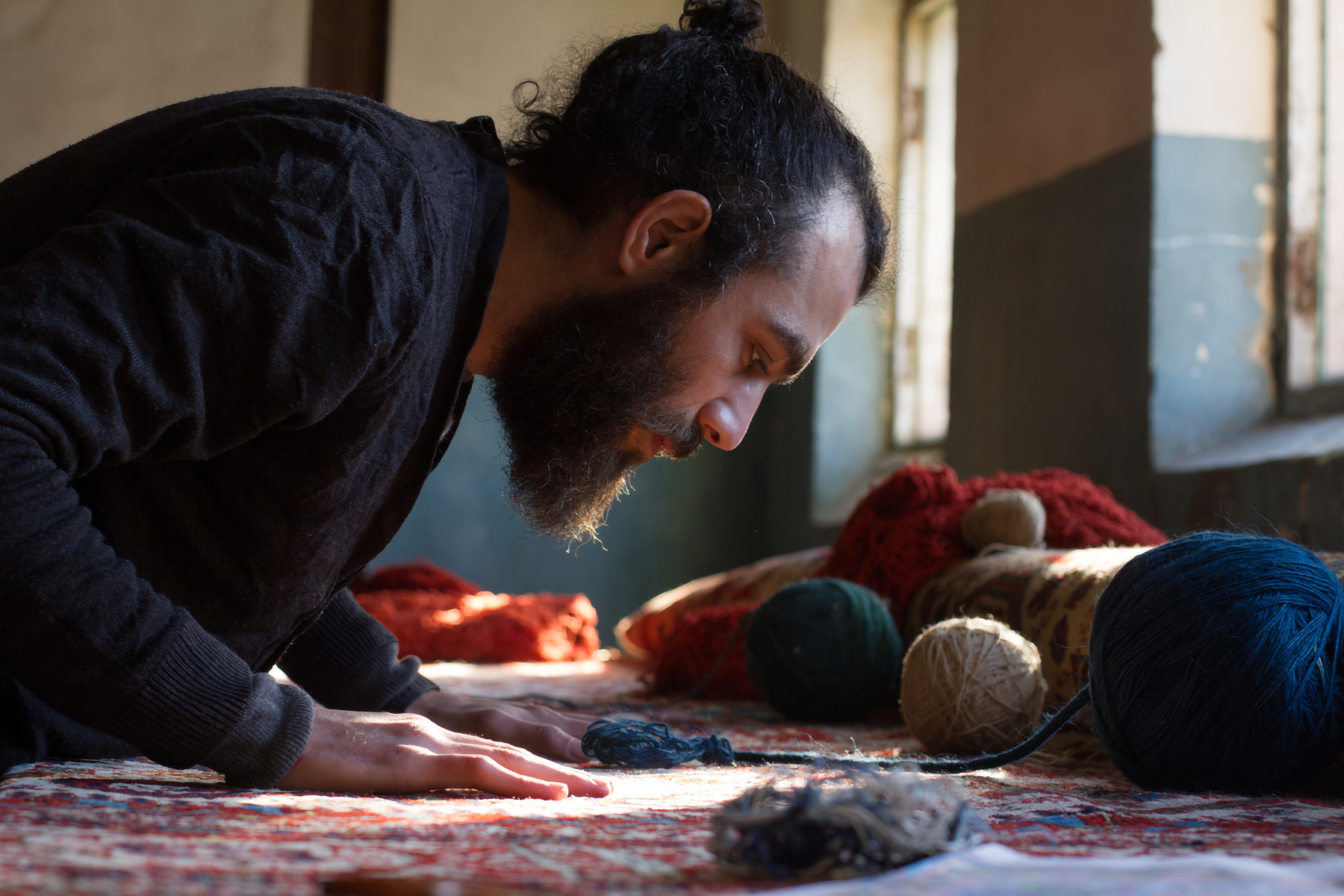 Carpet weaving is a tradition that has been observed in the territory today known as Azerbaijan for quite literally thousands of years. For one to take such an ancient and revered tradition and subverts its aesthetics entirely would surely be sacrilege, yet Faig Ahmed manages to somehow balance the preservation of traditions with the daring introduction of futuristic, and often surreal, designs. It is for these works that Ahmed is recognised as one of the nation's most important cultural exports in recent times. We caught up with him to talk about the philosophy behind his carpets, as well as his experimentation with different media, and the various historical influences that have shaped his native land.
Could you please introduce yourself to our readers in a few words?
I am a human-artist.
You’ve previously attributed the cultural significance of carpets in Azerbaijani society to the fact that the production methods behind them have not changed in thousands of years. Surely your use of computer design and defiance of the traditional conventions of the industry go against this premise?
Interestingly, even with computer technology and modern abstract images, my carpets are produced the same way as a few thousand years ago. They are woven using similar wool threads and dyed in natural colours using the same methods. These carpets are woven only by women who pass on this tradition from mother to daughter. As part of visual culture, the carpet has changed under the influence of other cultures, religions and even languages. It is a metaphor for immutability in changes in one object. 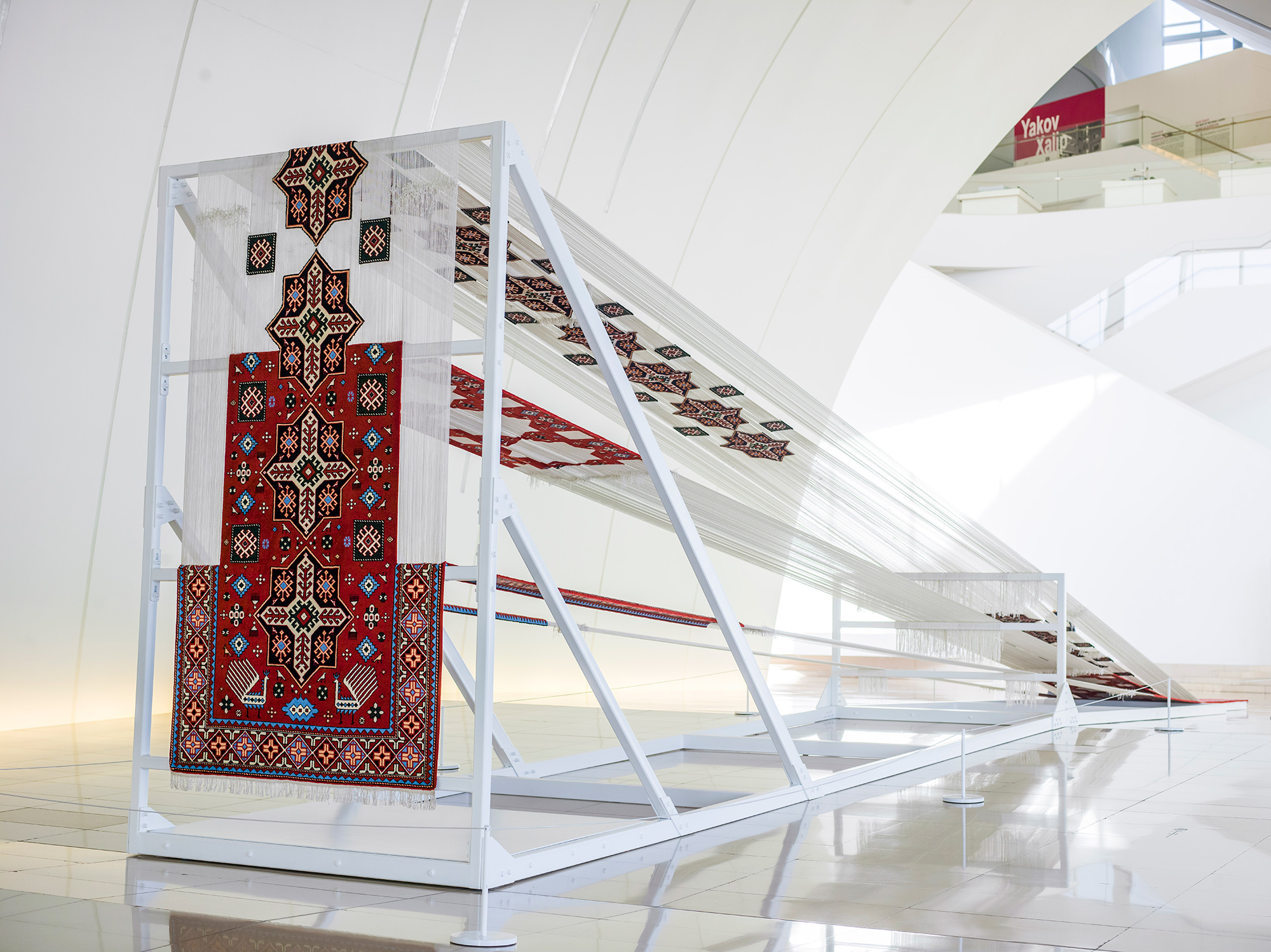 Surreal and psychedelic distortions such as those in your works often invite questions about mind-altering substances. Have any such substances at all influenced your designs?
I take these substances very seriously. Since the experience of changing consciousness usually changes not only the perception of the activity that a person is engaged in but also their whole outlook on life. Also, such substances typically act for a short time. But art requires the artist's personal sacrifice in the form of the most valuable human resource such as time and attention.
A lot of your works have dealt with narratives around gender-roles in Azerbaijan. Are they criticisms or observations of the gendered traditions of the nation?
Criticism is a certain angle of observing complex processes; therefore, observation is already criticism. I dedicated one of the projects to the gender issue in Azerbaijan. This project was called It is what it is. In this project, I highlighted the existing rituals and cultural objects related to the issue of gender relations, from circumcision, weddings, and childbirth to socio-gender concerns. I do not evaluate society with my works; society itself knows its values. In my case, art is a mirror where society can evaluate or observe itself.
Although you are best known for your woven artworks, you’ve also worked with painting, video and installations. Are there any mediums or techniques that you haven’t yet explored, but would like to?
I love experimenting with different media but only testing, not researching deeply. The artistic process is much more complicated than the media that talks about art; media remains the form of expression. Now I am working on the implementation phase of the performance, which is based on studying the theory of art as a “bio-social phenomenon of the highest form of semantics.” 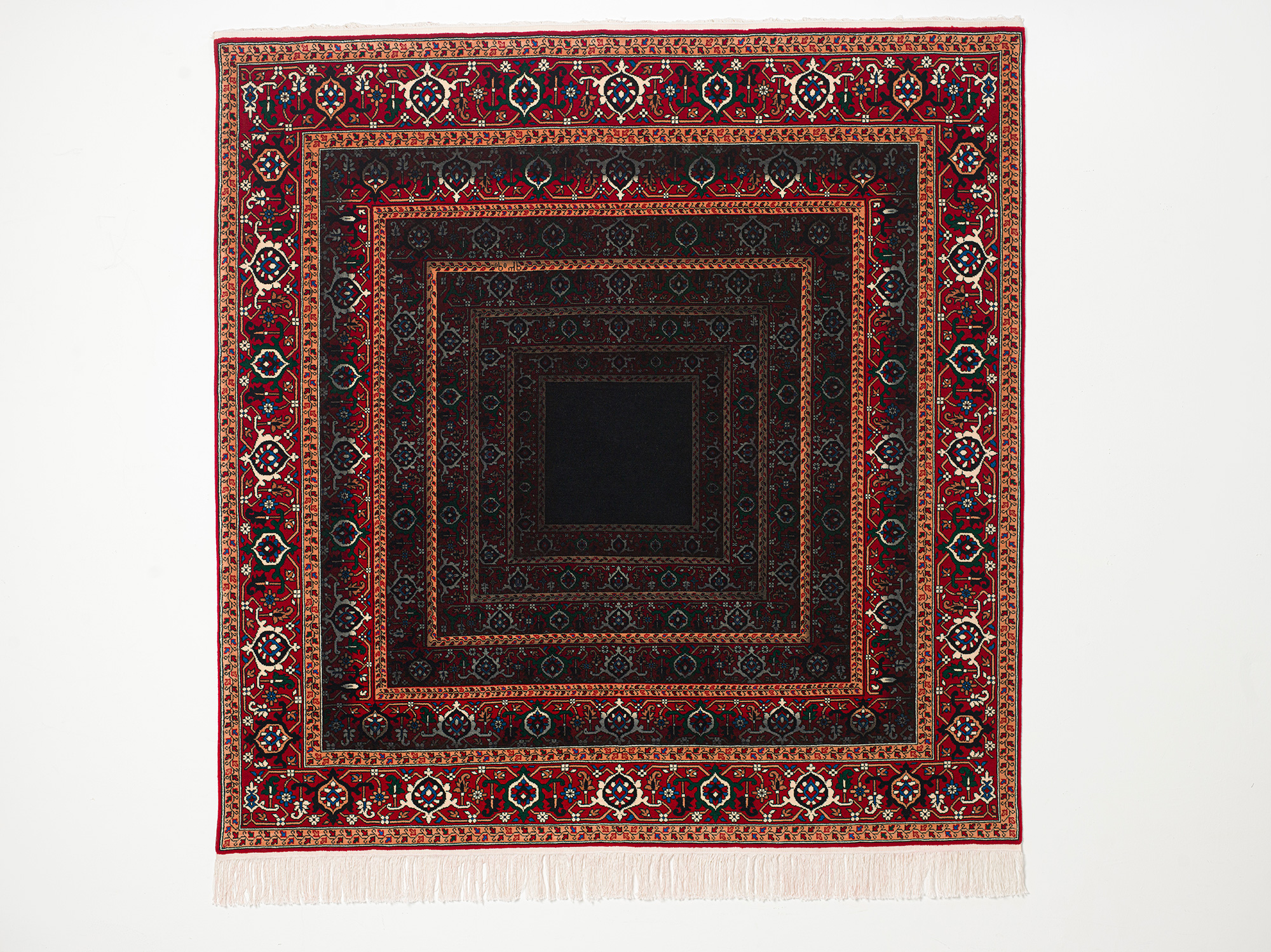 Given the specific cultural motivation behind your work, it’s quite hard to draw any obvious comparisons between you and any other contemporary artists. Do you take inspiration from any other contemporary artists across the globe? Or is Azerbaijan your sole muse?
I like some artists both in Azerbaijan and globally. Still, inspiration is a resource that flows everywhere but from one source. For me, this beacon is now coming from Azerbaijan.
Digging through the archives of your work, I came across your Small Wedding series, ink line drawings of slightly surreal circumcisions. Aesthetically I found this series to be quite radically different to the rest of your work. What inspired your employment of such a style?
I like to draw, but this is not the public art media I usually use. I love to draw just for myself. But for the exhibition It is what it is displayed at YARAT Contemporary Art Centre, Baku, I also defined my gender history as men in a thin traditional environment, so I used my own media of art.
Your work derives inspiration from Azeri history dating back thousands of years. More recently, the nation of Azerbaijan was part of the USSR for a large portion of the 20th century. Do you try and reflect this Soviet history in your work?
If not directly, then of course there is a forged influence. This is primarily reflected in my life, since I was born in the USSR and I remember a happy and safe childhood. But I also remember the complex crisis after the collapse of the USSR. I also saw how everything began to change again, as now I live in a safe and rapidly developing country. 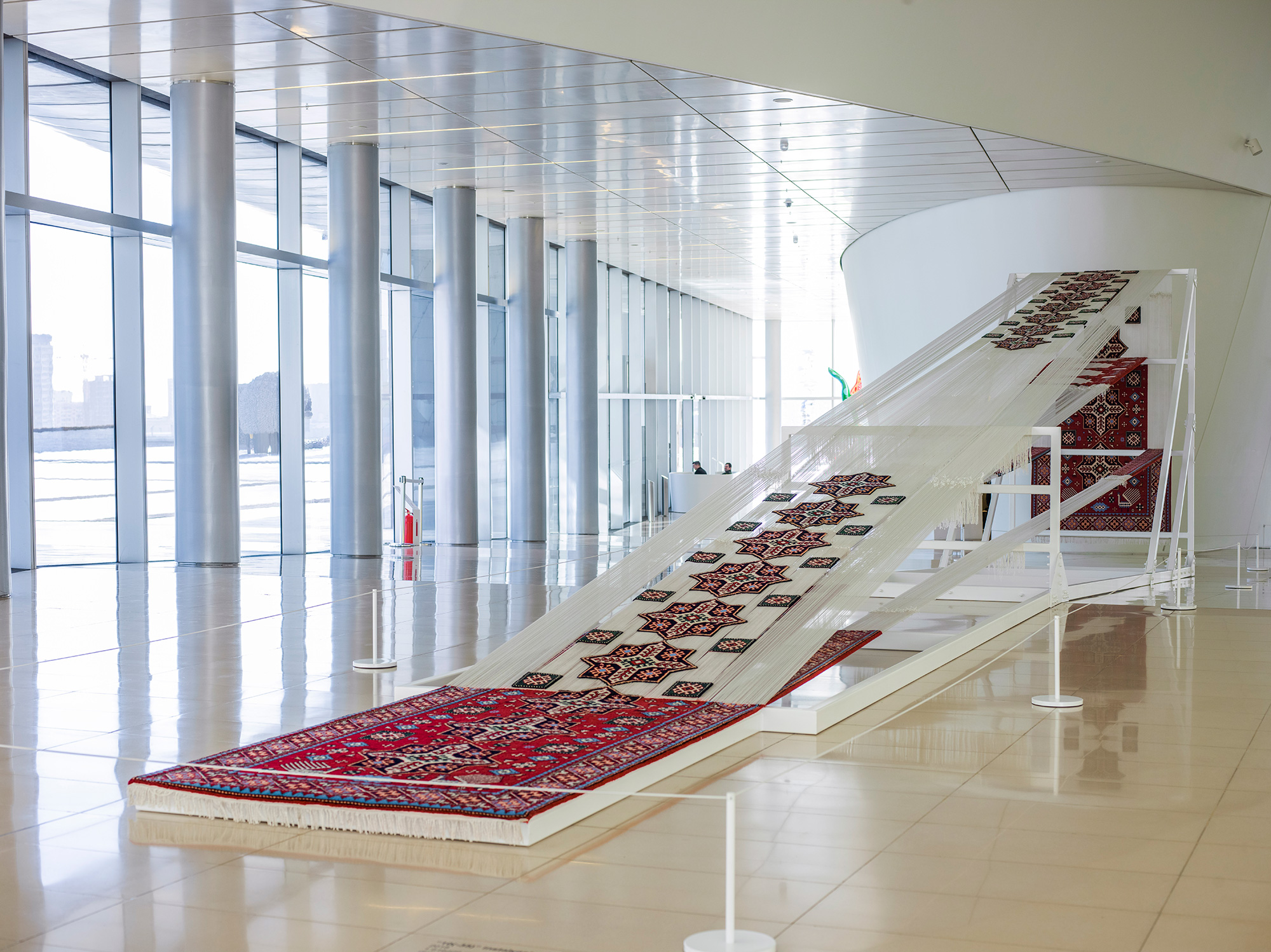 Although it feels somewhat of a disservice to your work to describe it with such a simple word, I think most will agree that its aesthetic is rather fun. However, the Azeri tradition of burying the dead wrapped in a carpet gives your entire oeuvre a far more melancholic tone. Is there a specific emotional response that you are trying to provoke with your work?
The carpet is a language, a traditional local language. Still it turns out it can be used for speaking about modern global phenomena. Sometimes I tell stories using this language, sometimes really funny ones, sometimes sad ones. But when we are talking about death, there is nothing funny or sad about it.
I have dedicated only one work to the tradition of burial carpet wrapping. For this ritual, a rug is woven with a simple design, with an empty center in which sometimes only one pattern is present. This tradition is more than 2500 years old, as old as the most ancient carpet found in a burial place.
If there is any emotional provocation in my work for the viewer, then I felt it the same way.
Owing to its geographical position, in recent years Azerbaijan (Baku, especially) has become a key territory for Eurasian integration. As someone whose work is largely inspired by the cultural heritage of the nation, how do you feel about this increasing international influence?
Azerbaijani culture has survived the impact of many different global cultures; before the USSR it was part of the global Islamic and Christian culture. Going further back, it existed when Zoroastrianism was the dominant culture of the region. Perhaps because of this, Azerbaijani culture quickly perceives global trends while maintaining its identity. At the same time, Azerbaijan is multinational and multi-confessional. The people in this region accept the new from the outside as long as their traditions are respected.
What is your creative vision for the next year or so?
I have been working on a theory for several years, which I am now preparing for an experiment. 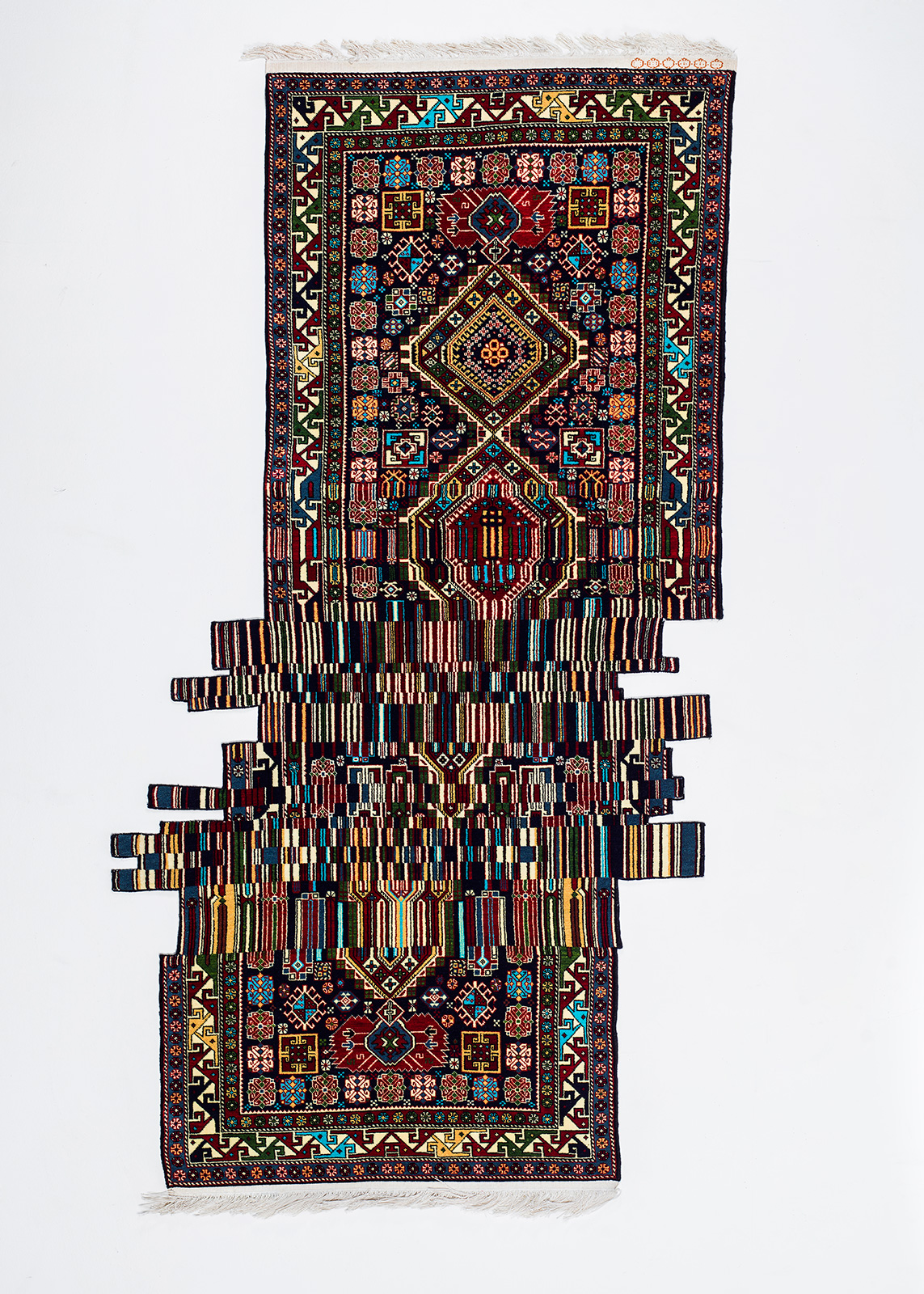 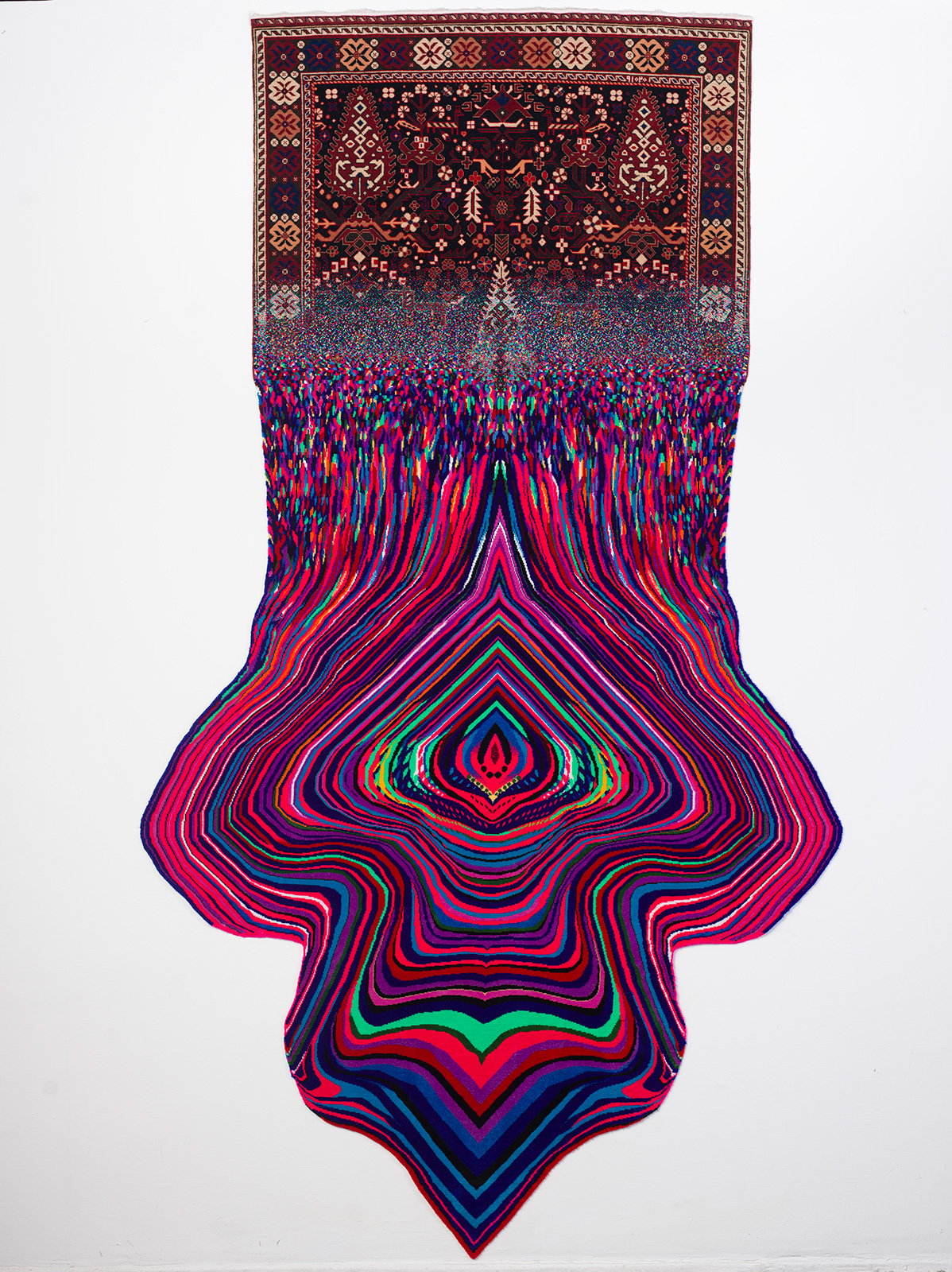 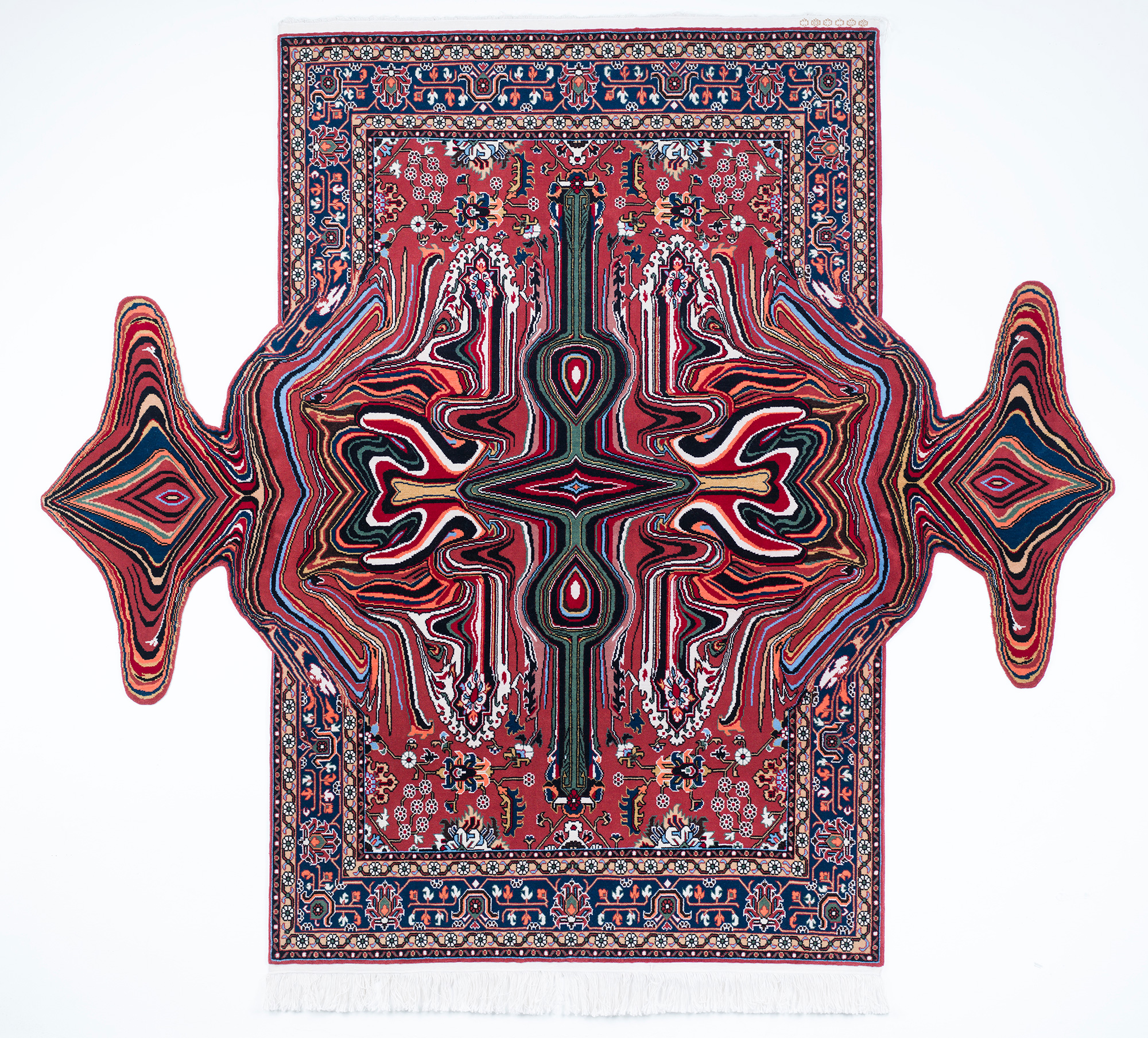 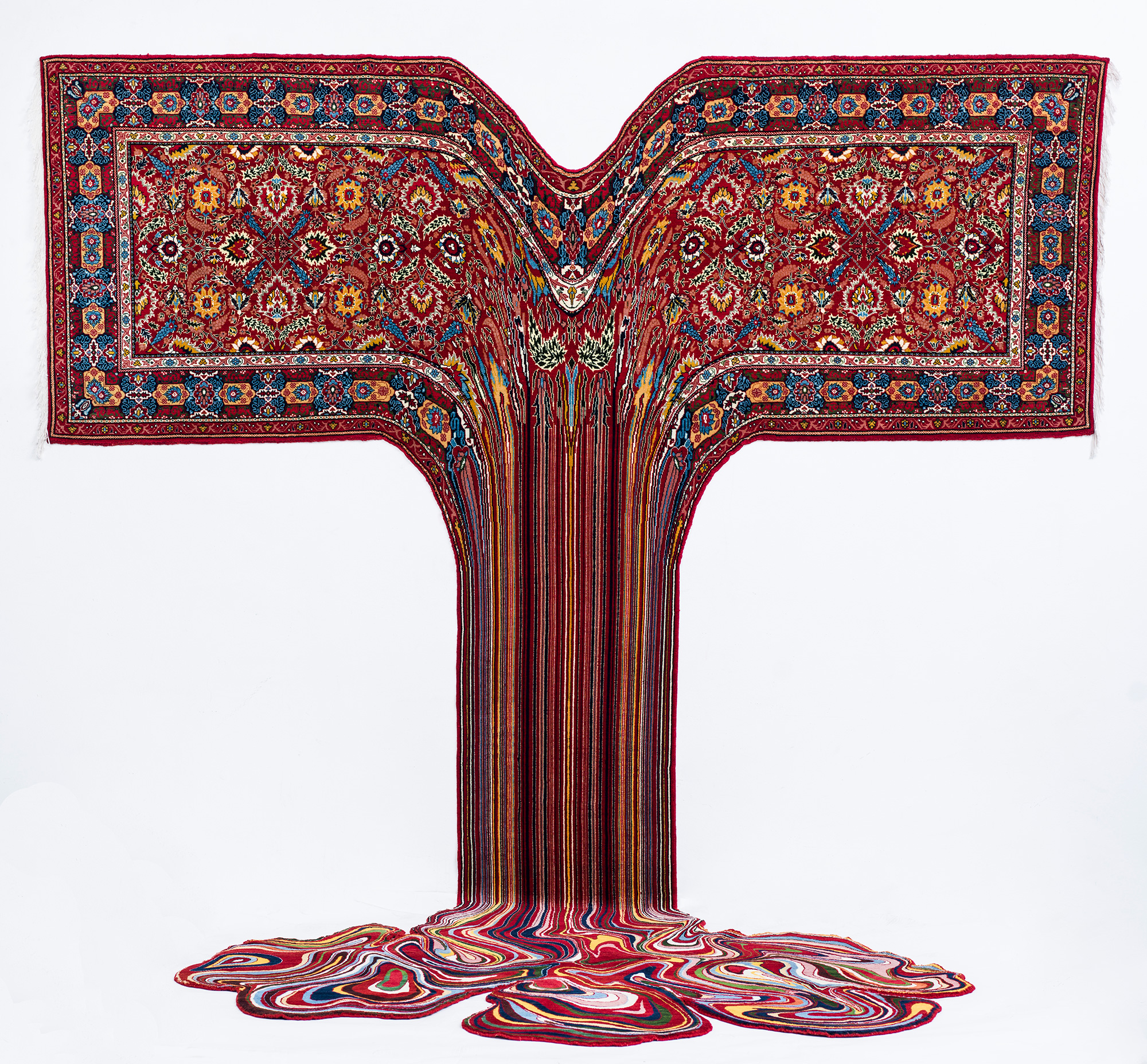 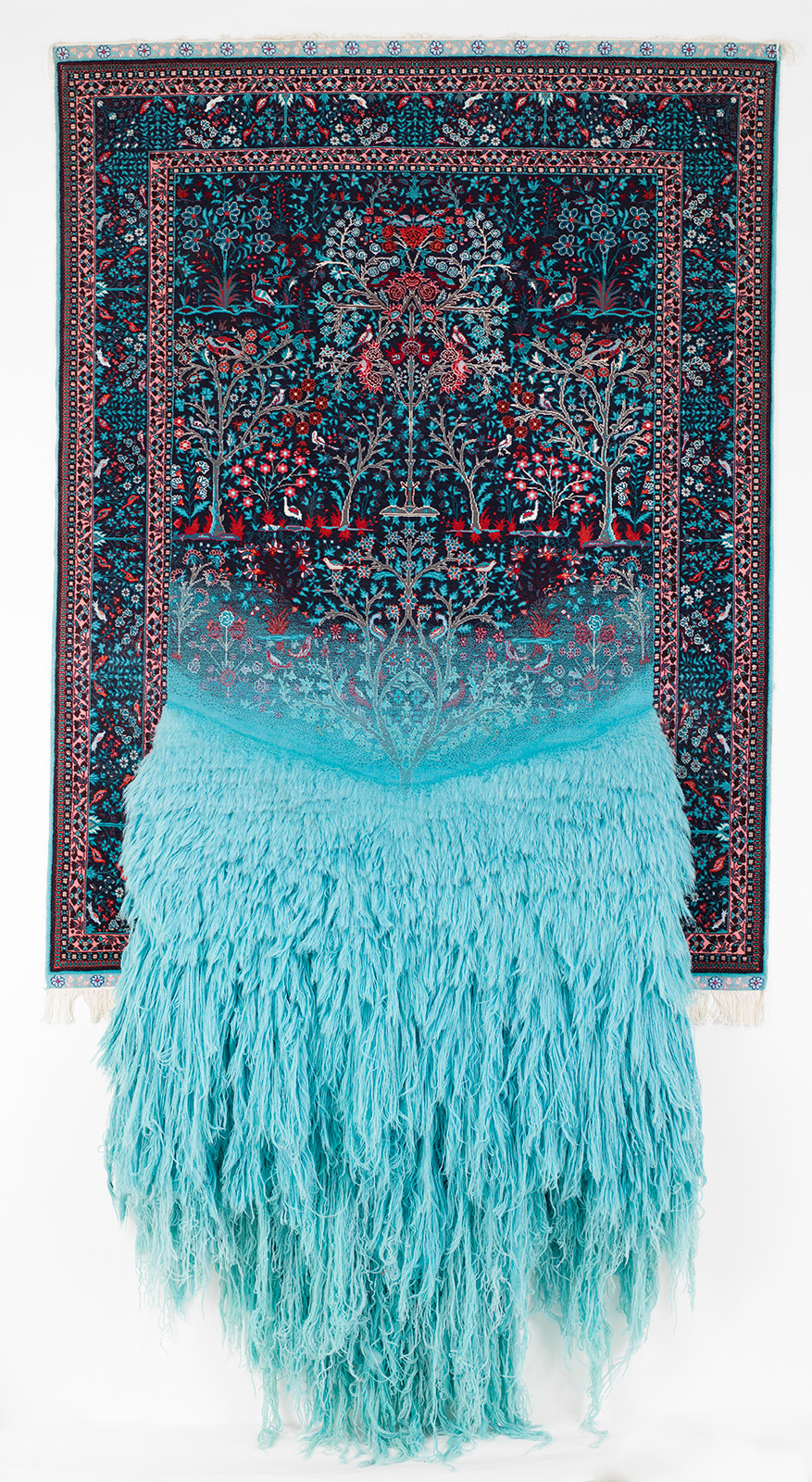 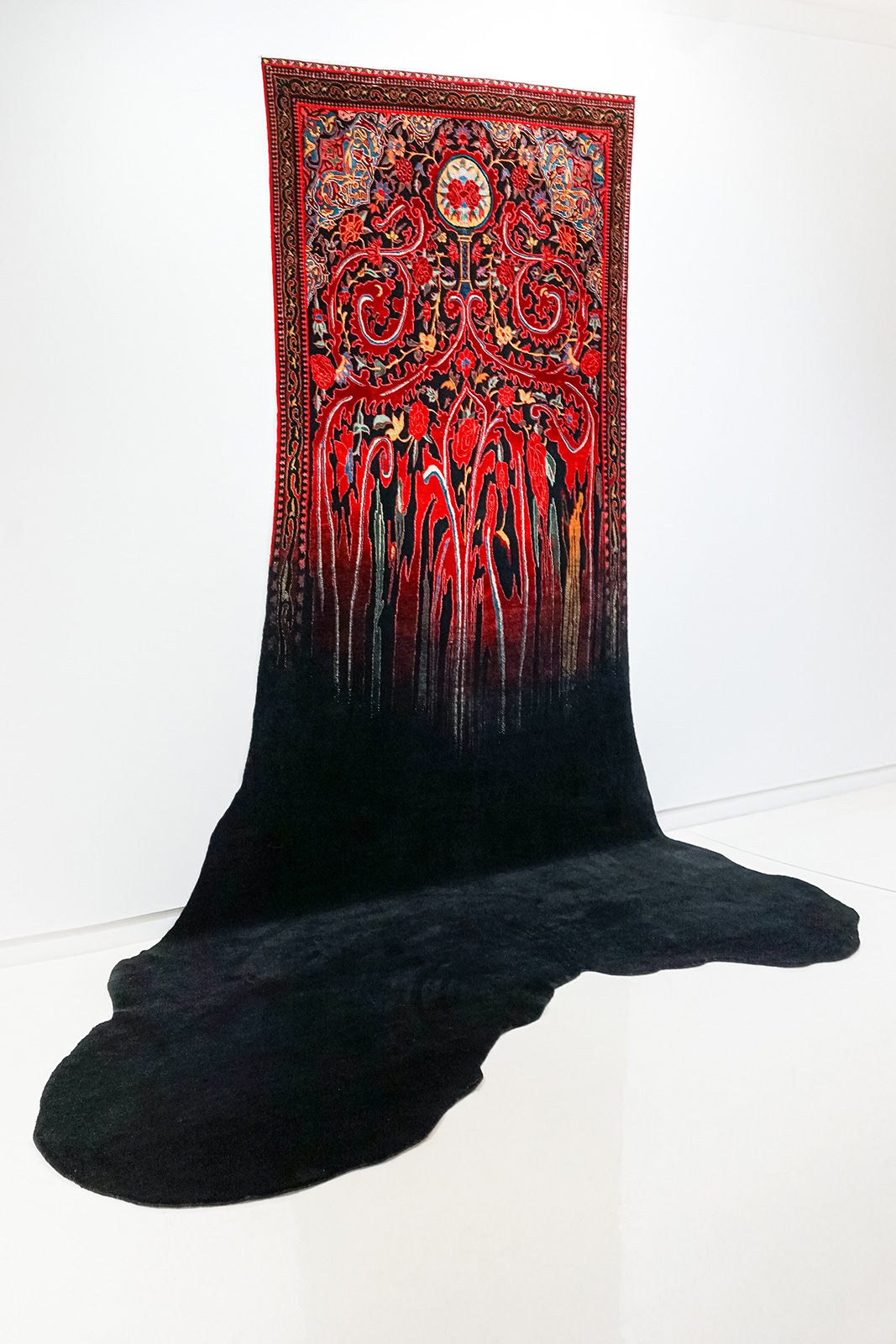 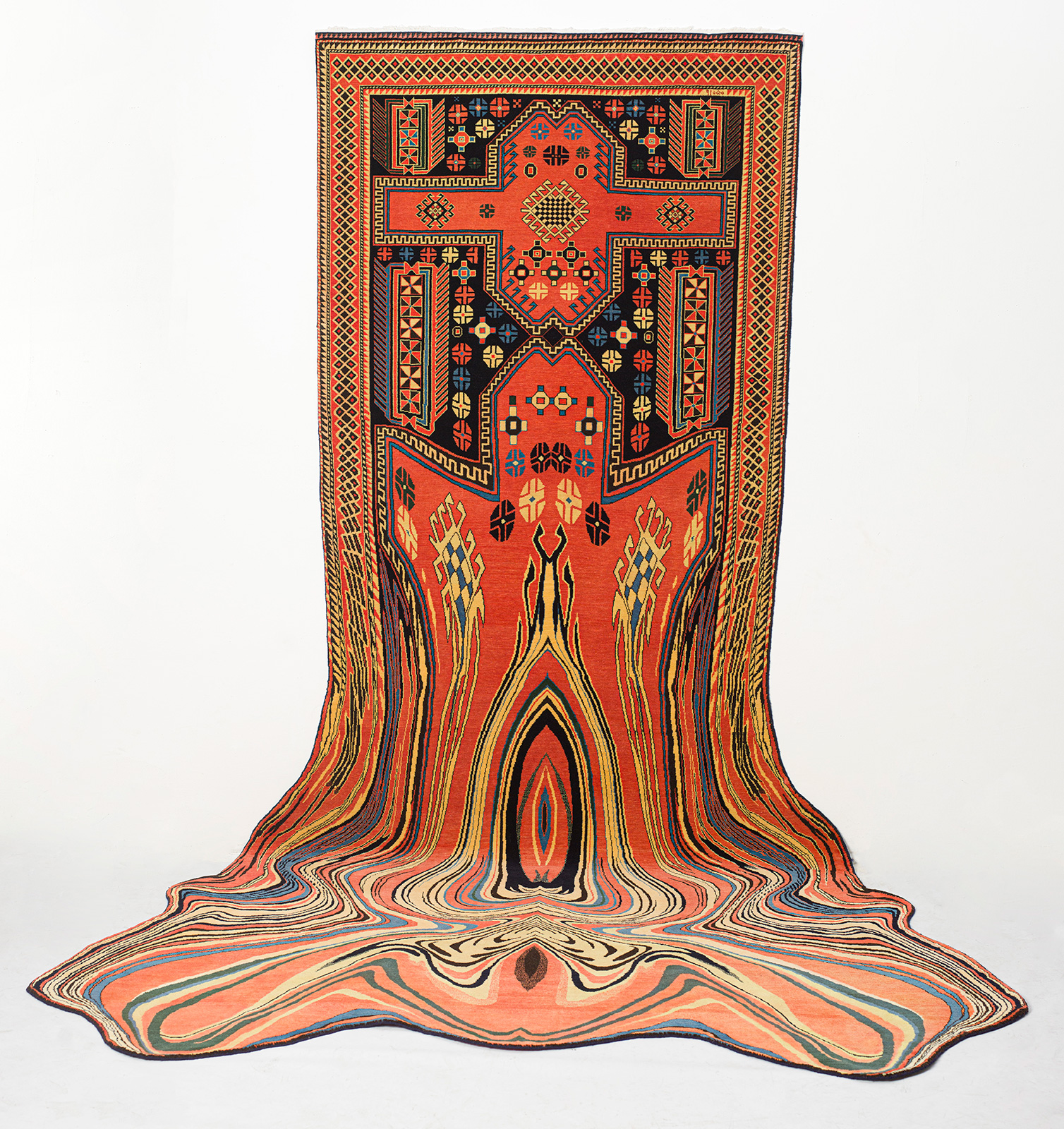 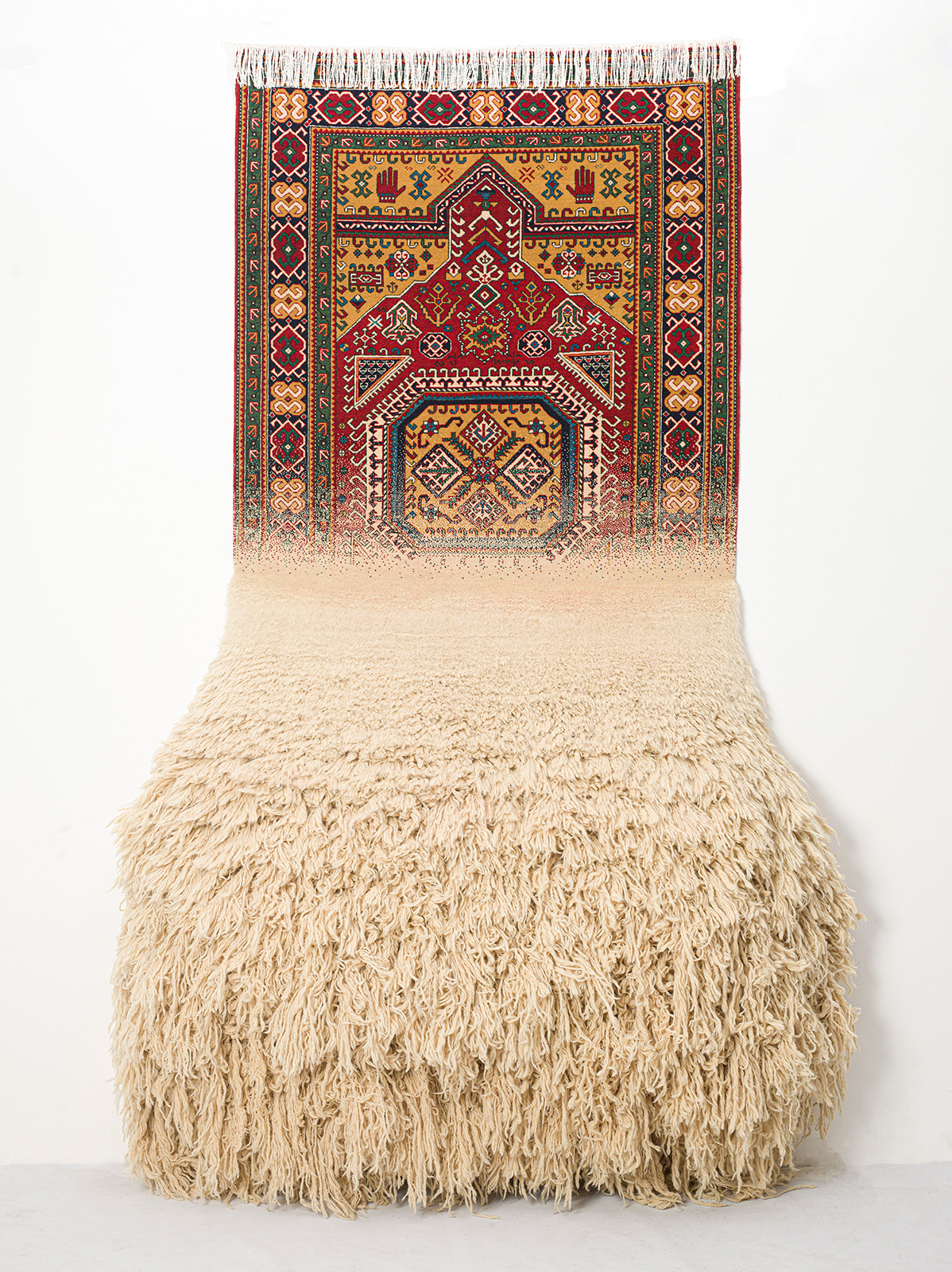 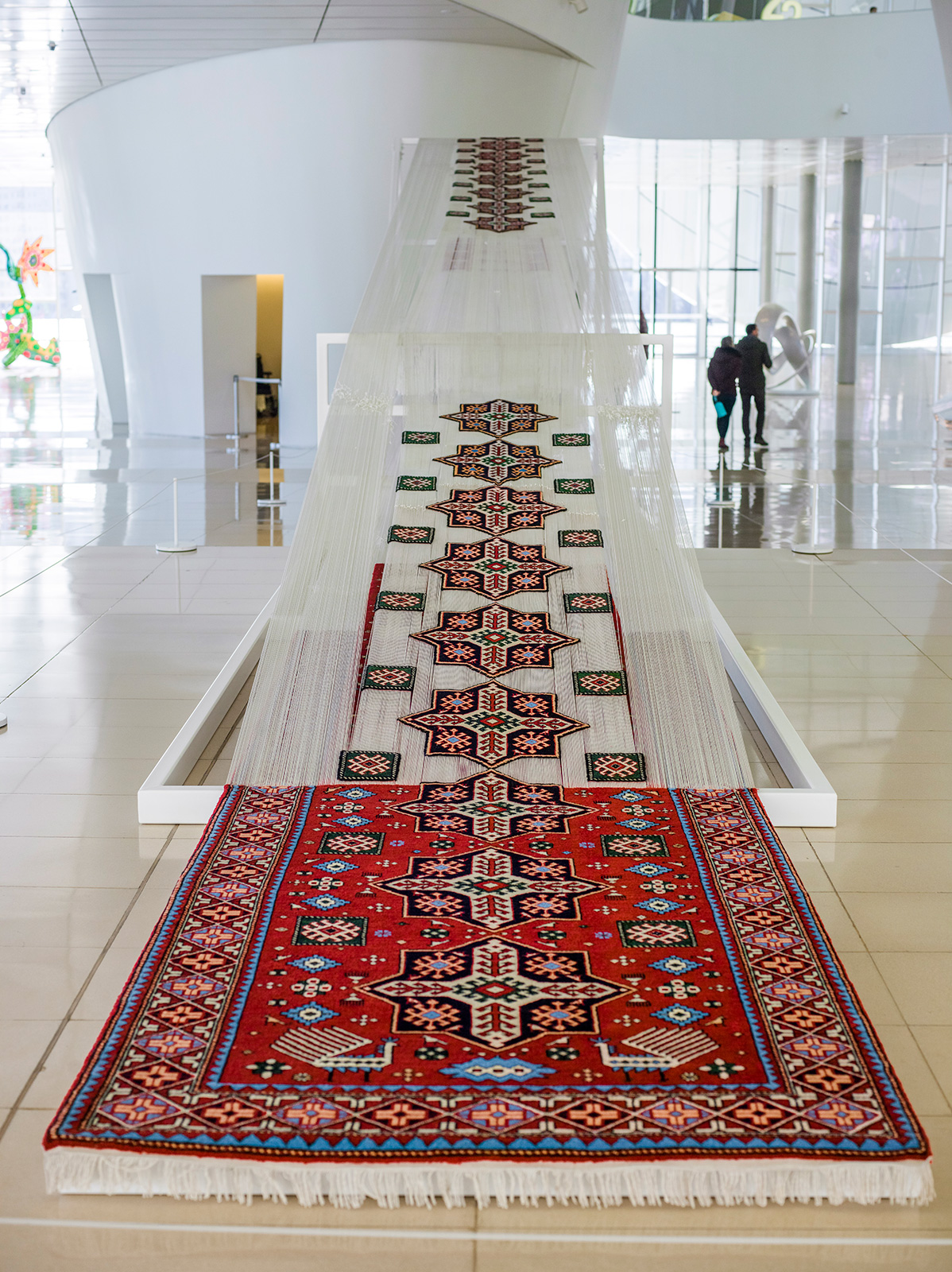