Through an experimental gaze 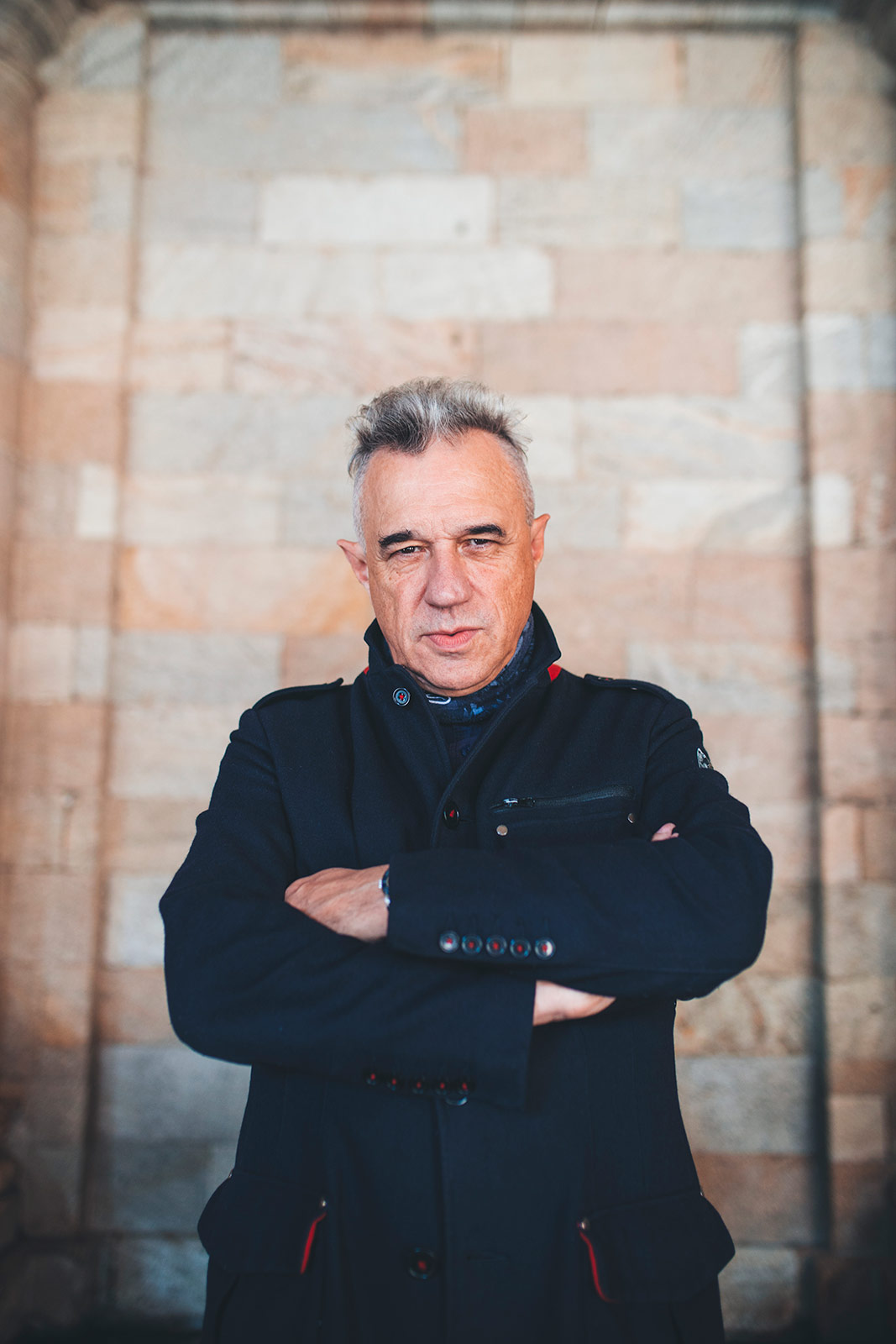 A filmmaker, writer, poet and musician; but above all, a nonconformist punk. F. J. Ossang is at the forefront of alternative cinema, which he’s been doing for the last thirty five years. Considered a cult director, his black and white films – imbued with influences from expressionism and noir film – are loved by some because of their stark aesthetic, experimental approach and rebellious messages. On the other hand, though, some dare say his style is pedantic or pretentious. Whatever the case, Ossang is undoubtedly one of the strongest and most respected voices orbiting around non-commercial cinema. We talk with him about 9 Doigts, the film he’s presenting this year at several festivals worldwide, the struggle of being an underground creator and what’s next in his career.
During your stay at Curtocircuíto festival, you’ve stated that punk – a genre of which you’re a banner and icon – is not dead. Nevertheless, it’s clear that its golden era, at least as how we understand it, has been gone for some decades. What makes you think it’s still alive? And how is it now? What makes an artwork, a person or an event punk in 2017?
That surprises me a bit, I don’t think I’ve talked using these terms. On the contrary, I pointed out that punk movement was forty years old this year! I usually get irritated by the way in which some films or theatre plays are described as punk on the pretext that they’re rude, filthy, or rough. The problem: punk is a vague concept. By the way, it is possible to integrate under this term groups as different as The Ramones, or Throbbing Gristle – not to mention punk sixties like the fabulous The Seeds or The 13th Floor Elevators.
On my side, I remember explaining the film project Docteur Chance to Joe Strummer as a “punk film from the Classical Age”! We must take into account that the 20th century is ‘the’ century of punk – and that its first inventors are Arthur Caravan and Jacques Vaché, who disappeared in 1919. From a certain point of view, it can also be argued that the 20th century began in 1905 with the First Italian Futurist Manifesto and the first Russian Revolution, and ended in 1972 with Metallic KO (live album by Iggy & The Stooges).
It’s been seven years since Dharma Guns was born, the previous film to 9 Doigts, the one you’re presenting this year; and there was also a ten-year lapse between Docteur Chance (1997) and Silencio (2007). What are the reasons behind this parenthesis in your cinematographic production? What have you done in each of them?
In cinema, just as elsewhere, I’ve advanced in hostile zone. Each of my films since L’Affaire des Divisions Morturi (1984) has earned me a desert crossing. However, I’ve often written a new script just after the release of a film. Le Tresor des Iles Chiennes was written at the end of 1986, but wasn’t totally produced until 1990, and went out in 1991. After the release of Docteur Chance in 1998, all the doors in France were closed – I only resurfaced with a silent short film shot in 16mm in 2006 made with ten thousand euros, on the initiative of Festival Temps d’Images Portugal, which was awarded with Jean Vigo Award before going to Cannes’ La Quinzaine des Réalisateurs in 2007. Suddenly, I obtained a waiver to re-apply to CNC with Dharma Guns, which I shot in 2009 – but was released in 2011!
Then it went relatively fast, I wrote the book Mercure Insolent in 2012, and the script of 9 Doigts in 2013, but it’s taken me more than three years to find minimum funds, always without the support of any French TV. 9 Doigts was shot in 2016 and selected in Locarno in 2017. And voilà: 1982-2017, five feature films, five short films; the time of a lifetime. 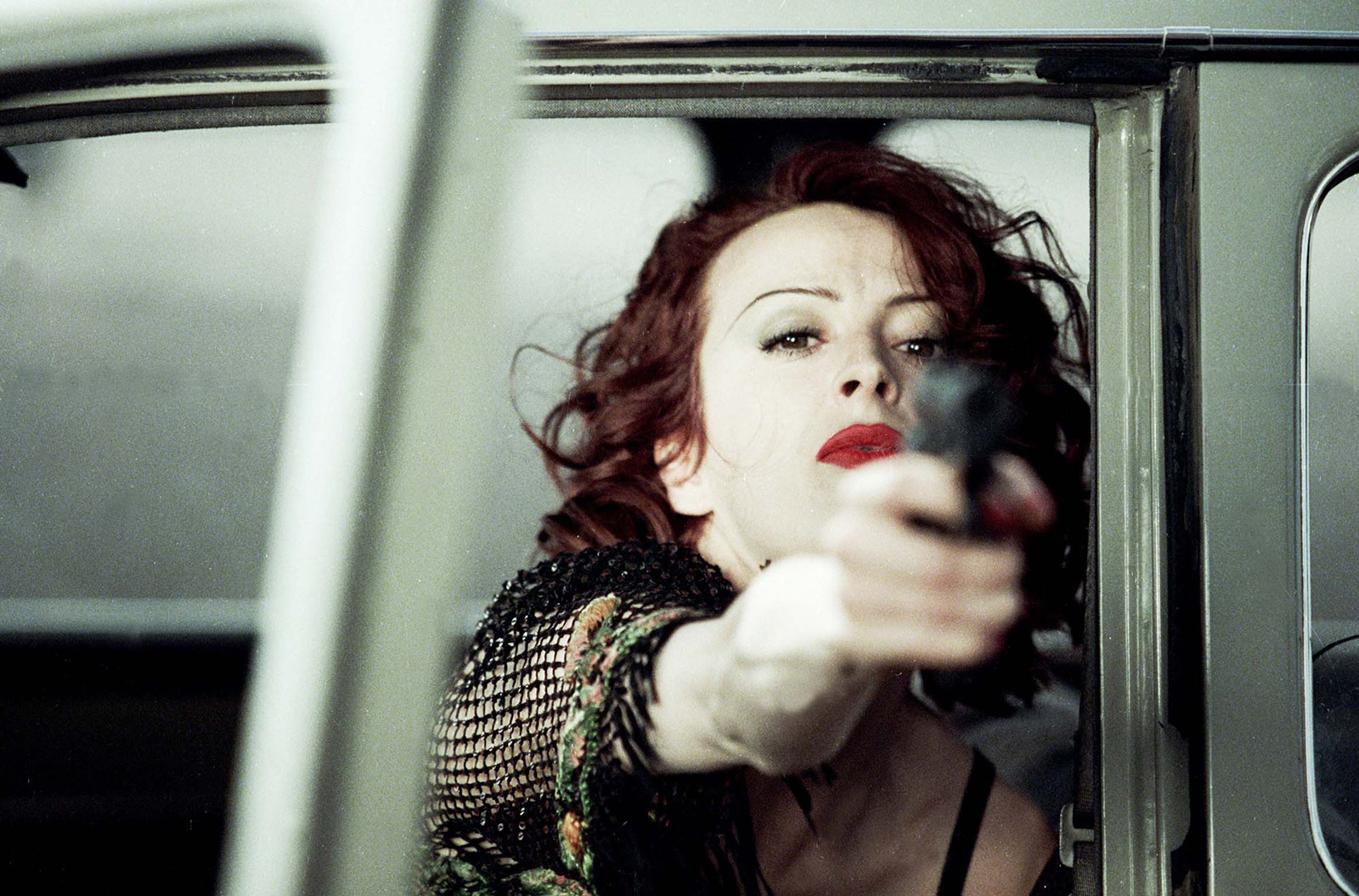 Your comeback to the silver screen has been more than successful: you’ve been awarded as Best Director at Locarno Festival, and Curtocircuíto has held a retrospective of your work. Does it make you think you should spend more time doing cinema?
I’ve spent half of my life trying to make films. Moreover, these are modest budgets, unlike other filmmakers who have been stopped by huge financing. Basically, the budget of my last three feature films has been the same from 1997 to 2017: one million euros. I made them despite seeming impossible. Let’s make a dream: may my next film find fewer obstacles?
On the occasion of this retrospective, I’d like to highlight something that stuck in my mind from your first short film, La Derniere Enigme (1980). In it, there’s a quote by Gianfranco Sanguinetti that talks about how it is that the State is who pulls strings to create terrorism. This is one of the many examples that proves why your artworks are timeless, relevant and contemporary despite the passage of time: they always contain ‘universal truths’. And I think this quote couldn’t be more appropriate in the times we live in…
Exactly. On Terrorism and the State (1979) by Gianfranco Sanguinetti is a great book!
Speaking about short films, you vindicate that they’re a “very interesting format because they are very free, there’s no commercial pressure”. Do you enjoy doing them more than feature films? And if there’s so much freedom in short films, what made you decide to do your first full-length film, and what or who convinced you to go on and do more?
It’s like writing poems or writing a novel. Both can be passionate. Short films can anticipate new forms in total freedom. It’s experimental, in every sense of the word. 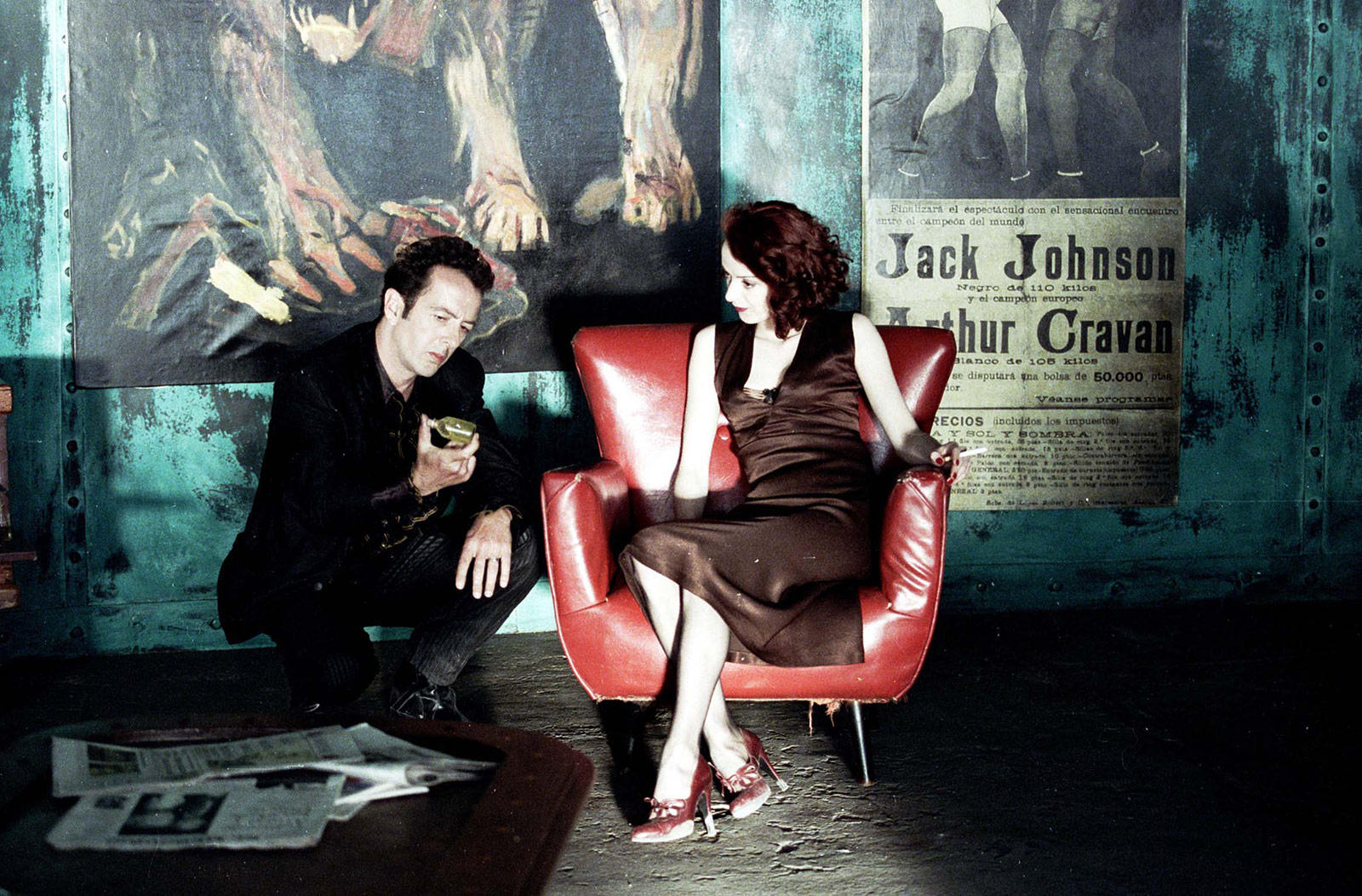 Your punk spirit has infused your films with rebellious and denouncing messages. Have you ever thought of approaching filmmaking in a less experimental, more commercial way in order to spread these messages to a larger audience?
Arletty said: “Je suis comme je suis” (‘I am how I am”, in English). I do my best.
9 Doigts has a strong influence from the expressionist movement, not only visually, but also in the lack of (lasting) dialogues. I once heard or read that the incorporation of sound to film struck the visual possibilities of the medium. Do you agree with that? Do you think that visual boundaries could have been explored much further if voice and sound wouldn’t have come in?
The period of silent movies is of an extreme richness – in twenty years, cinema invented almost all its possibilities. Dr. Mabuse der Spieler by Fritz Lang is from 1922. Then, everything is said by Gloria Swanson in Billy Wilder’s Sunset Boulevard: “Ah, those horrible dialogues, there’s no more art!” But in the ‘70s, sound technology allowed us to create silent, noisy, musical and talked movies, all at once. When the idea of doing films struck me, the ‘third age of cinema’ started: it was in 1978 with David Lynch’s Eraserhead or Apocalypse Now by Francis Ford Coppola. But on the other hand, I also love La Maman et la Putain (1973) by Jean Eustache.
Despite your success, as I read some critics about your films, I can find several who qualify your artworks as pretentious and pedantic. Where is the limit between experimentation, a great level of conceptualism, and pretension? Do you think it’s possible that they’re right, even if a little bit? Or do they say so because they can’t understand what you do?
Either they don’t understand anything about my films, or the freedom that I try to exercise – which is high-priced –; it irritates them to the highest degree. Napoleon said regarding ‘Liberté, Egalité, Fraternité’, that everyone wanted fraternity and especially equality, but that nobody was interested in liberty (laughs). 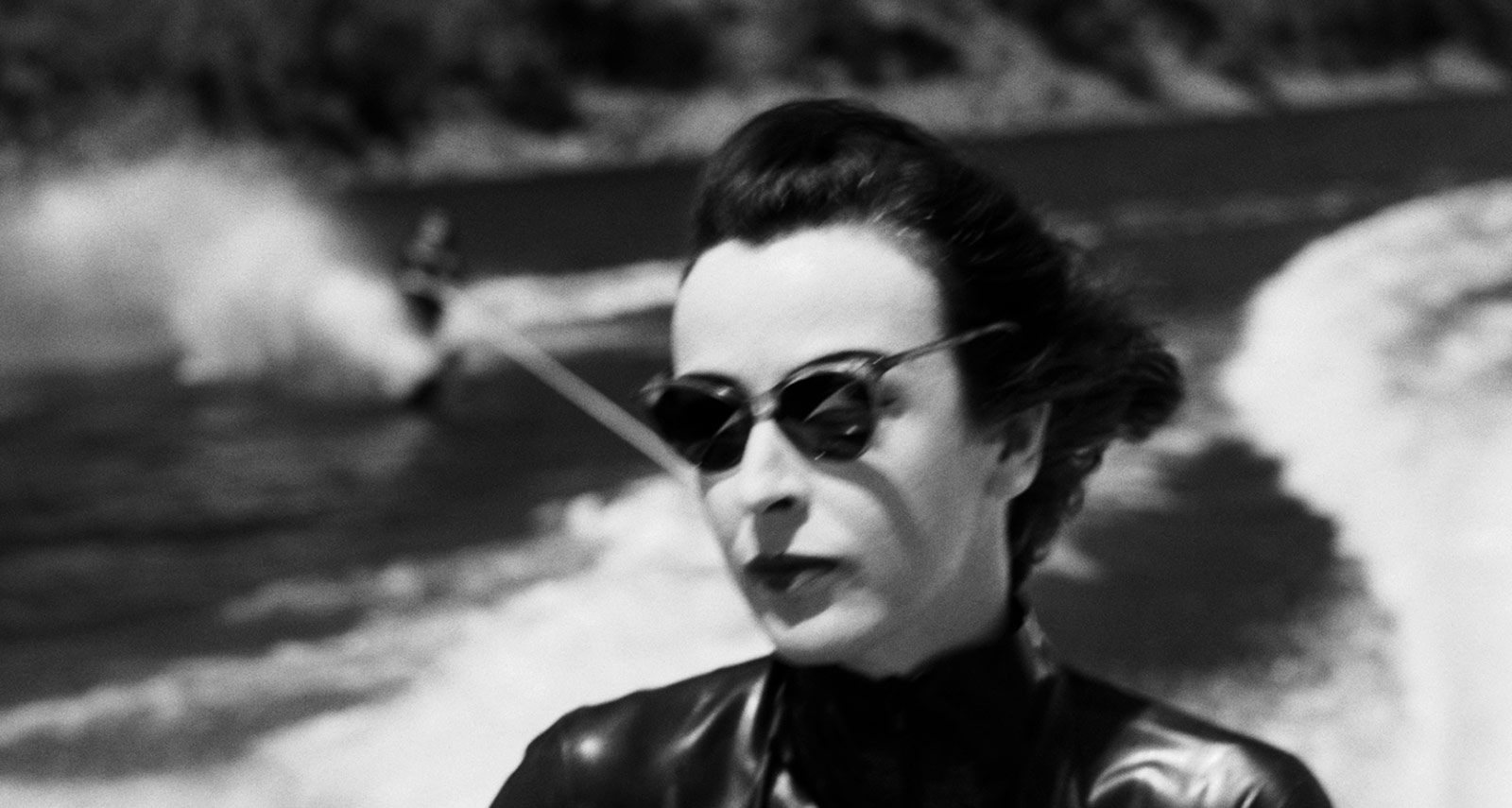 In addition to filmmaker, you’re also a musician and a poet. How do you combine all these interests? How do they influence your life?
I started by writing, then music – and after that, cinema. And the three remained indissolubly linked: not being able to enter by the door, I entered by the window.
Is there any connecting thread between your songs, poems and films? Or do you use different mediums to express different emotions/messages?
That’s for you to say…
After 9 Doigts, what are your future plans? Will you enjoy another break from filmmaking, or will you still create for the silver screen?
My project: live! And after that, die. 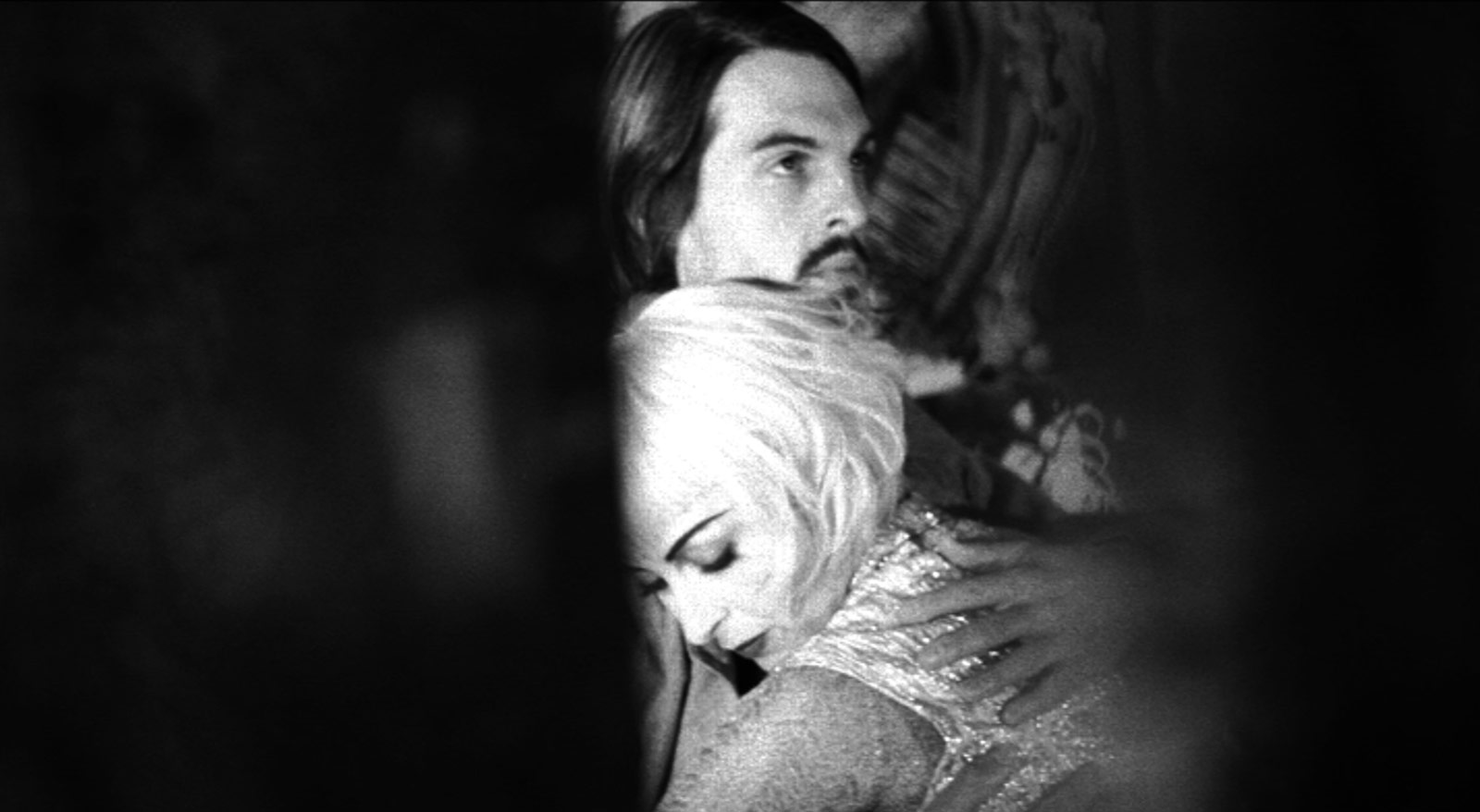