Engaging with spaces and place 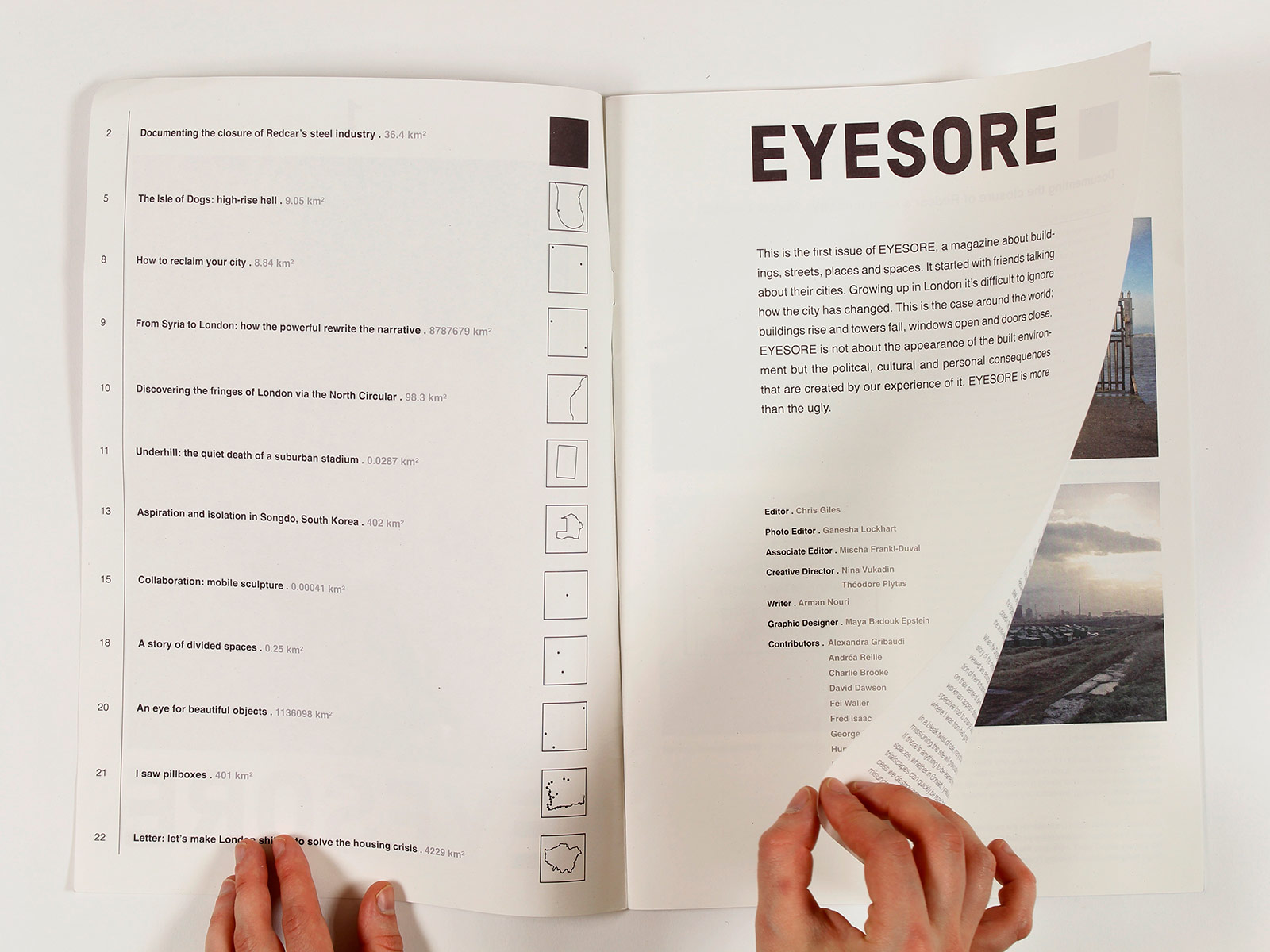 Breaking away from the conventions of architectural magazines, Eyesore challenges the notion of “ugly”. The publication engages global citizens in a critical conversation with surrounding buildings, cities, places and spaces, challenging the way we perceive and respond to the built up environment. Having just released their first issue in April, the founders Chris, Theodore, Mischa, Nina, Arman and Gan join Metal in London to unfold the story and journey in producing Eyesore.
Can you introduce Eyesore?
Chris: Eyesore is a magazine about the buildings, cities and places that you walk through, work in and live. But it’s more than the standarized architectural magazine. Eyesore is about the experiences of being in a built environment, not just the aesthetics. It’s about the everyday experiences and conversations people have where they live.
What does “Eyesore” mean?
Chris: Eyesore has two meanings, and in combination they describe what we do. An eyesore is something people may find ugly (though we may disagree) – but our title also gets across the personal nature of what we’re writing. If I write for the magazine, I’m writing about what “I saw”.
What sparked it?
Chris: Every one of us has lived in different places, Gan and I grew up in London, so did Arman but he's moved around a bit, Mischa is from London too. Theodore is from Paris, and Nina, from Belgrade. Having watched all these cities change, we wanted to talk about it, photograph it, criticise it – yet there wasn’t an accessible platform to do so. I think this search for a platform was the biggest motivation and factor as to why it really began. 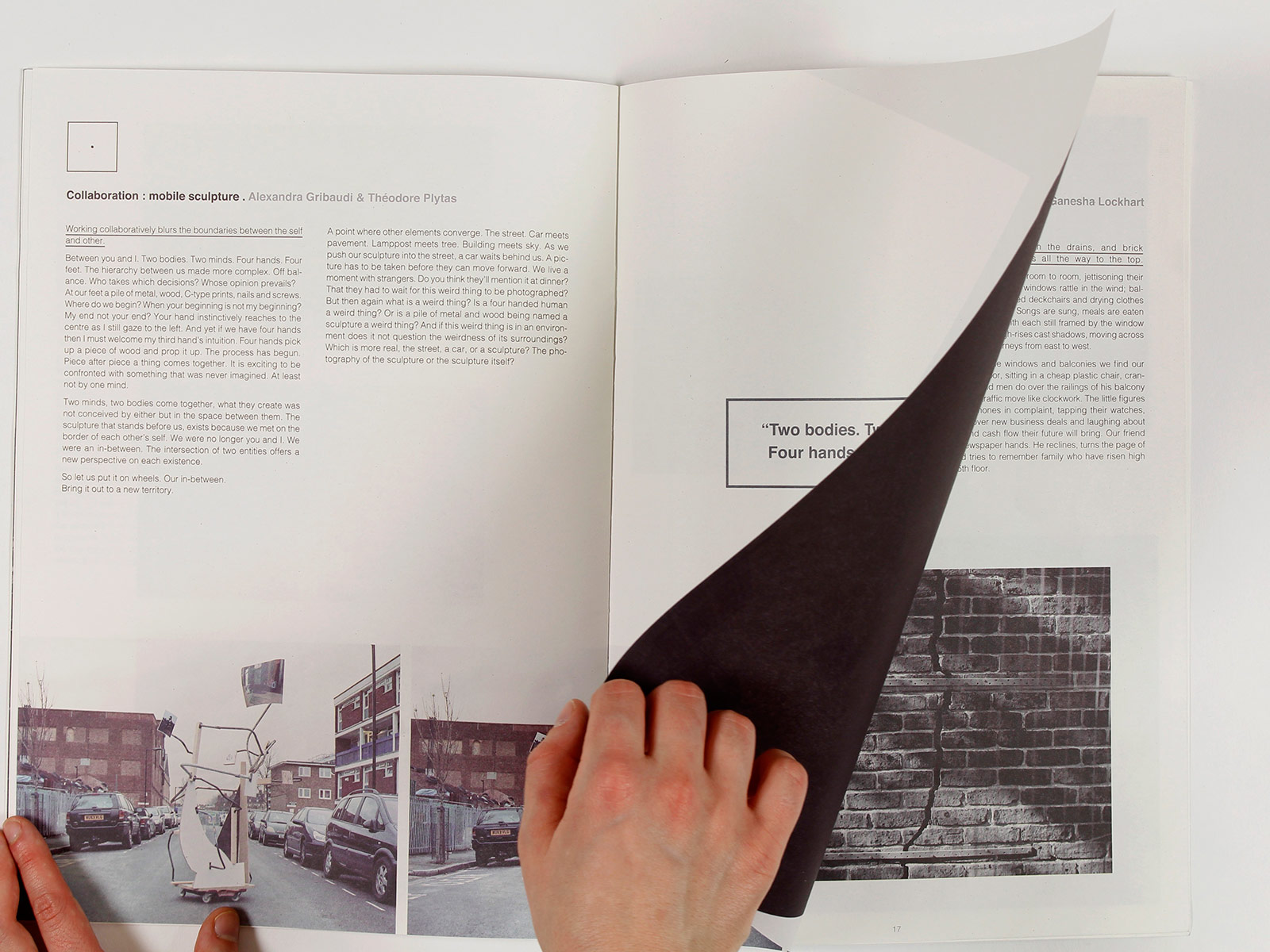 How was it conceived?
Chris: We’re all friends and happened to discover that we all share this strong interest in the built environment. That led us to putting each of our talents together to create this missing platform. It’s a magazine, but it’s also a project between friends.
Theodore: It is centered a lot around the collaboration between our friends, it’s a community. It’s not just one point of view, but rather what we all think. We begin talking about spaces, and then from that point onwards we begin to create something that we all feel connected to.
Why did you pick the physical magazine format?
Chris: The magazine form was the best for all of us to begin with, simply because it works for photography, journalism and design. The printing process also allowed us to be intimately involved in every step.
Nina: The magazine format was really accessible, and because three of us study at LCC, the printing facilities allowed us, like Chris described, to play an actual part in the production. Making it physical was important, as it meant we could actually finish it within the timeframe. It being physical rather than digital also meant that we could share it with our friends and community.
Theodore: The physical magazine allowed us to contextualise all of our discussions with a visual element, and I think we all wanted to have something physical that we could hold, look at, and connect with.
Chris: If we just had an online platform someone could simply read one article, or one photo-series and leave it at that. Instead we want people to experience this almost as an exhibition of work, in which they can engage with diverse forms of media whether that’s reportage, photography, illustration, or satire. We want people to read it from back to front and to be left with a thought or feeling which allows them to think in a different way about the places they walk through every day.
“Eyesore is a magazine about the experiences of being in a built environment, not just the aesthetics.”
Is there a theme or concept?
Arman: Eyesore is about articulating as many experiences as possible. The way that architecture is generally discussed in the public, is limited to certain industries, certain people, certain experts, and the city is not just them. The city is everyone, and Eyesore is about articulating everyone’s experiences. Everyone has their own perspectives, but not everyone has that platform on which they can get their perspective across.
Did London have an influence?
Theodore: London definitely helped us to launch the idea. We are all here at the same time, living in one of the most exciting cities in the world, surrounded by incredible ideas and facilities. But we are not a magazine about London. Our first issue had pieces about South Korea, Port Talbot, photographs from Paris, Palermo. We very much believe these conversations can take place in other parts of the world.
Nina: The good thing about London is that you can print and produce at very cheap. To have a university with a printing press is just unthinkable in some places, and I think that was the key factor that made it all work so quickly and efficiently. We were able to physically make everything in the university, avoiding all the hassle of the printing houses.
Theodore: With printing houses you have limited control. At LCC we were creating the magazine with our own hands, and making the important decisions ourselves.
What’s next for you?
Arman: We are definitely aiming at having another issue out this year, but we want to take it slow, let the ideas mature and evolve.
Theodore: One thing that we are certain about is that we want to collaborate and work with different people, of different ages and backgrounds.
Nina: We can’t really know what to expect next, because a lot is changing in the next few months. Some of us may be travelling, some staying in London, and with it will come new interactions with spaces. In this sense, we want to keep it open.
Gan: I think the world we created, the magazine and everything around it is itself a continuously growing space. It represents the exploration of that the world as we come into contact with it, so in a sense that will decide what comes next. 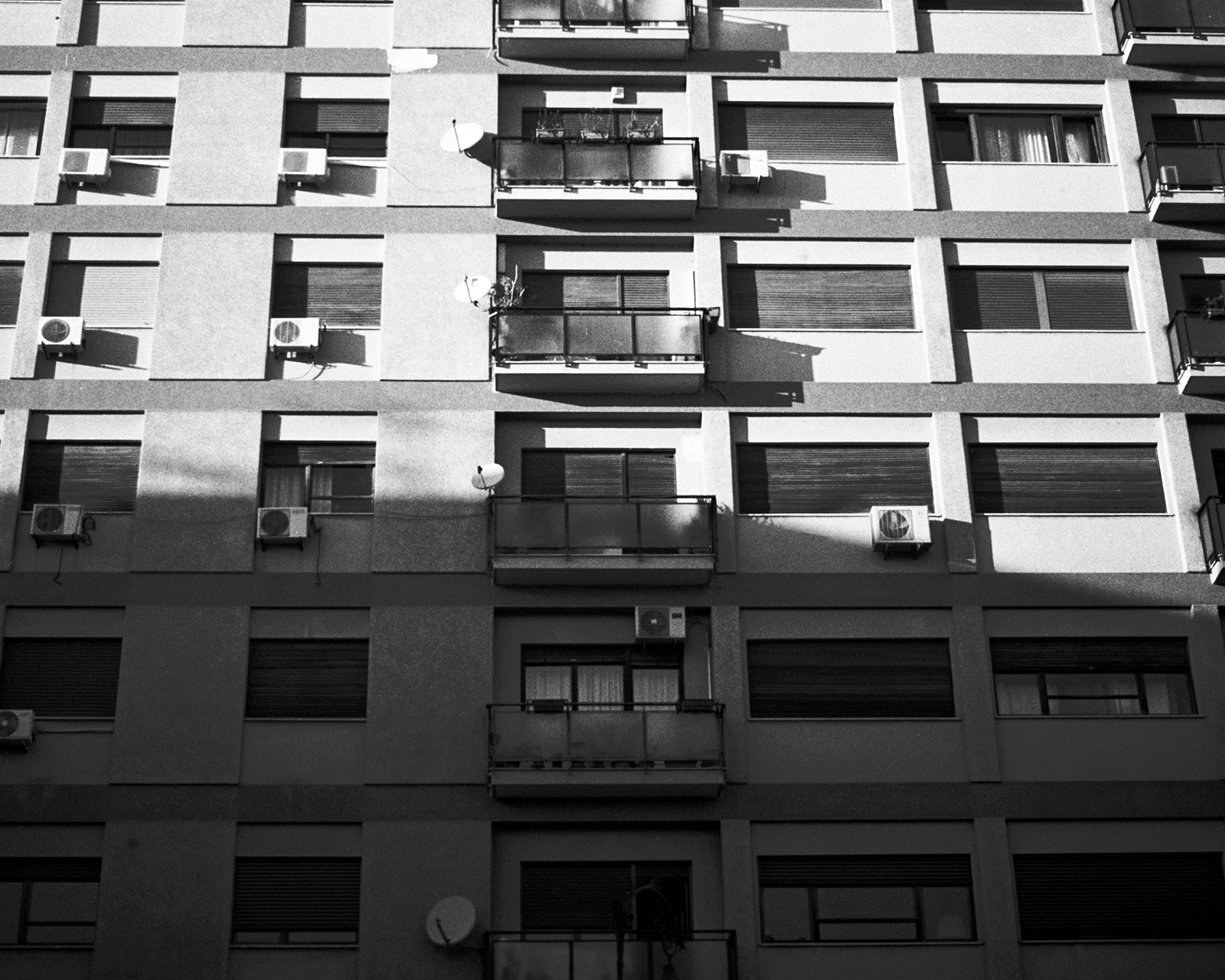 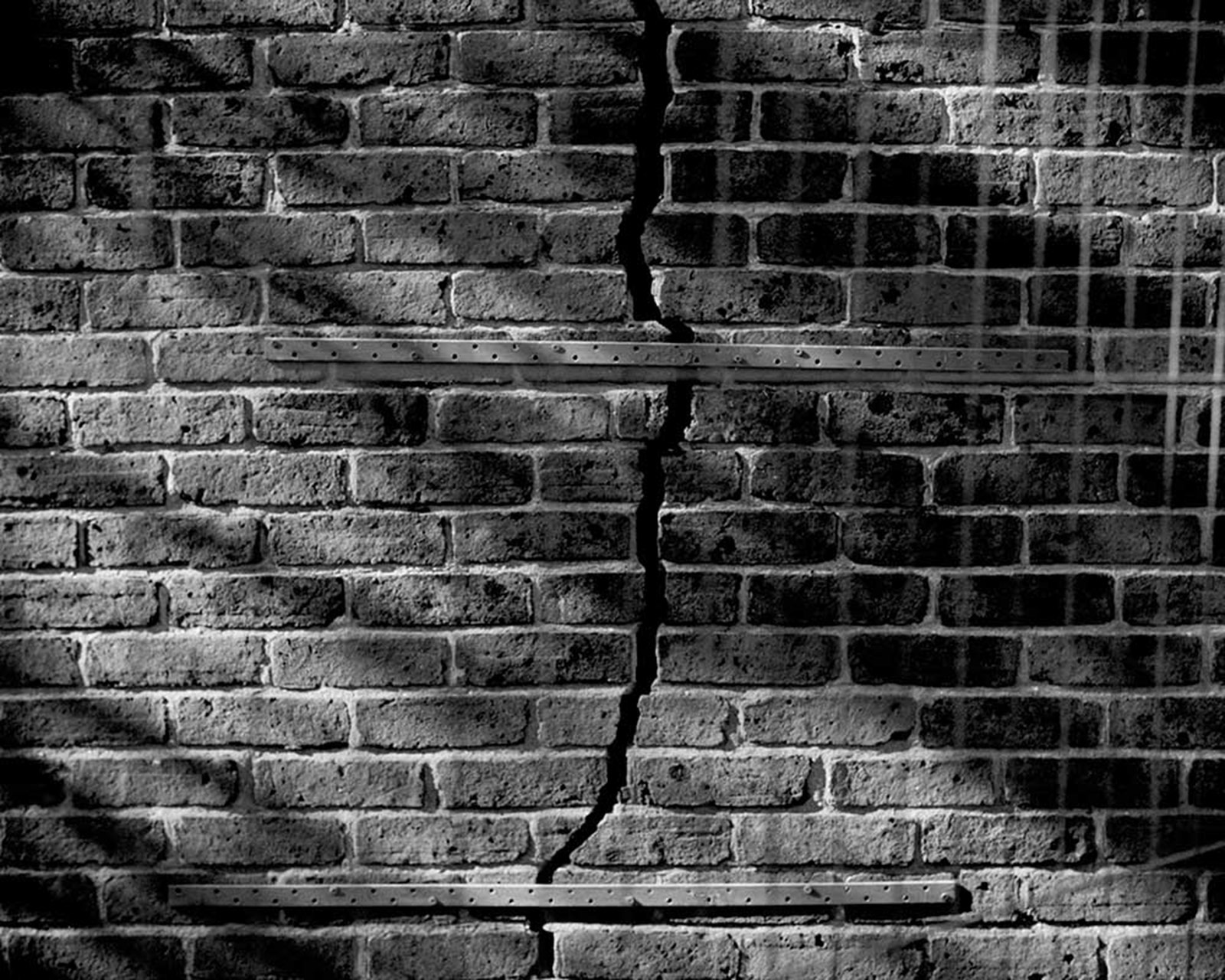 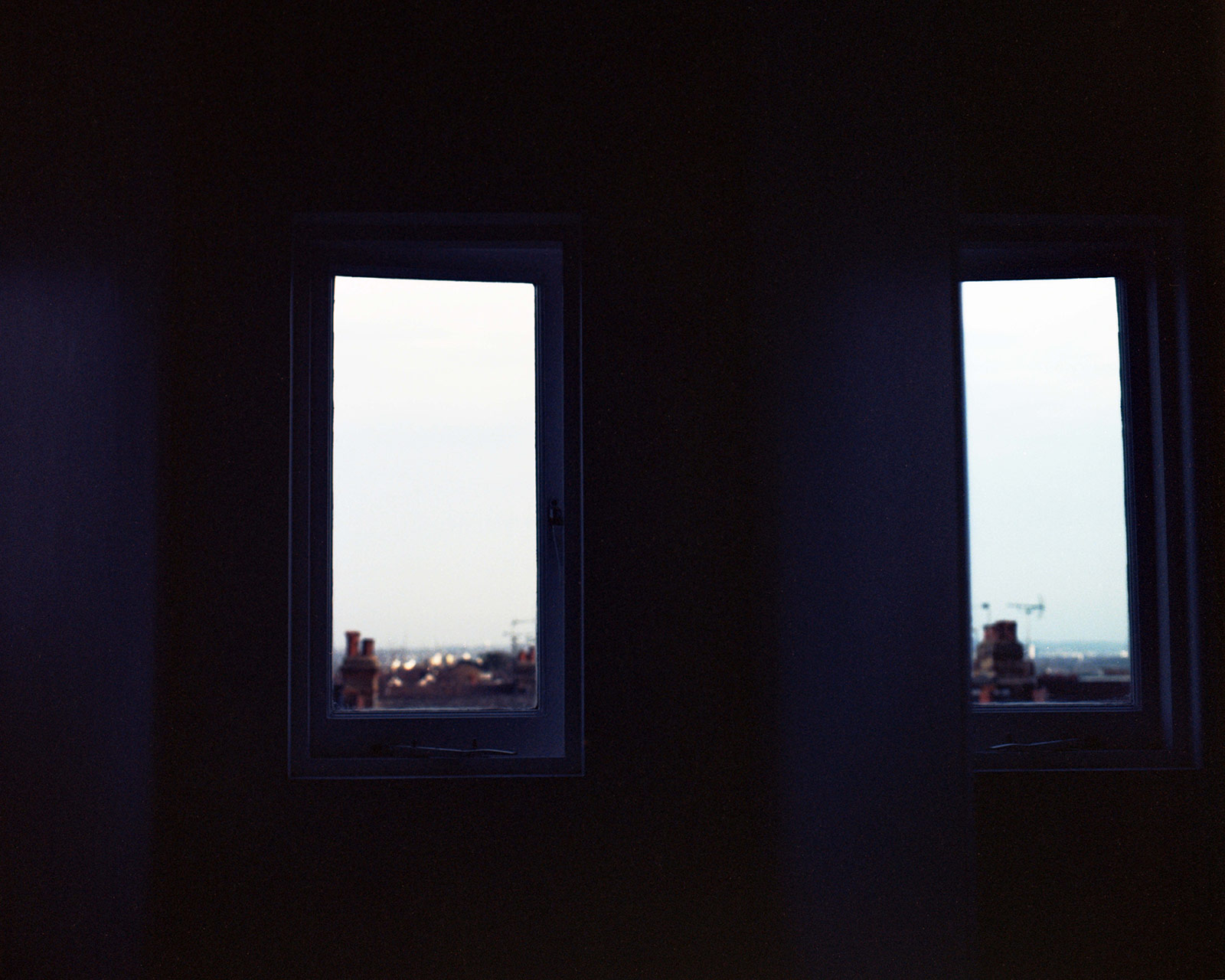 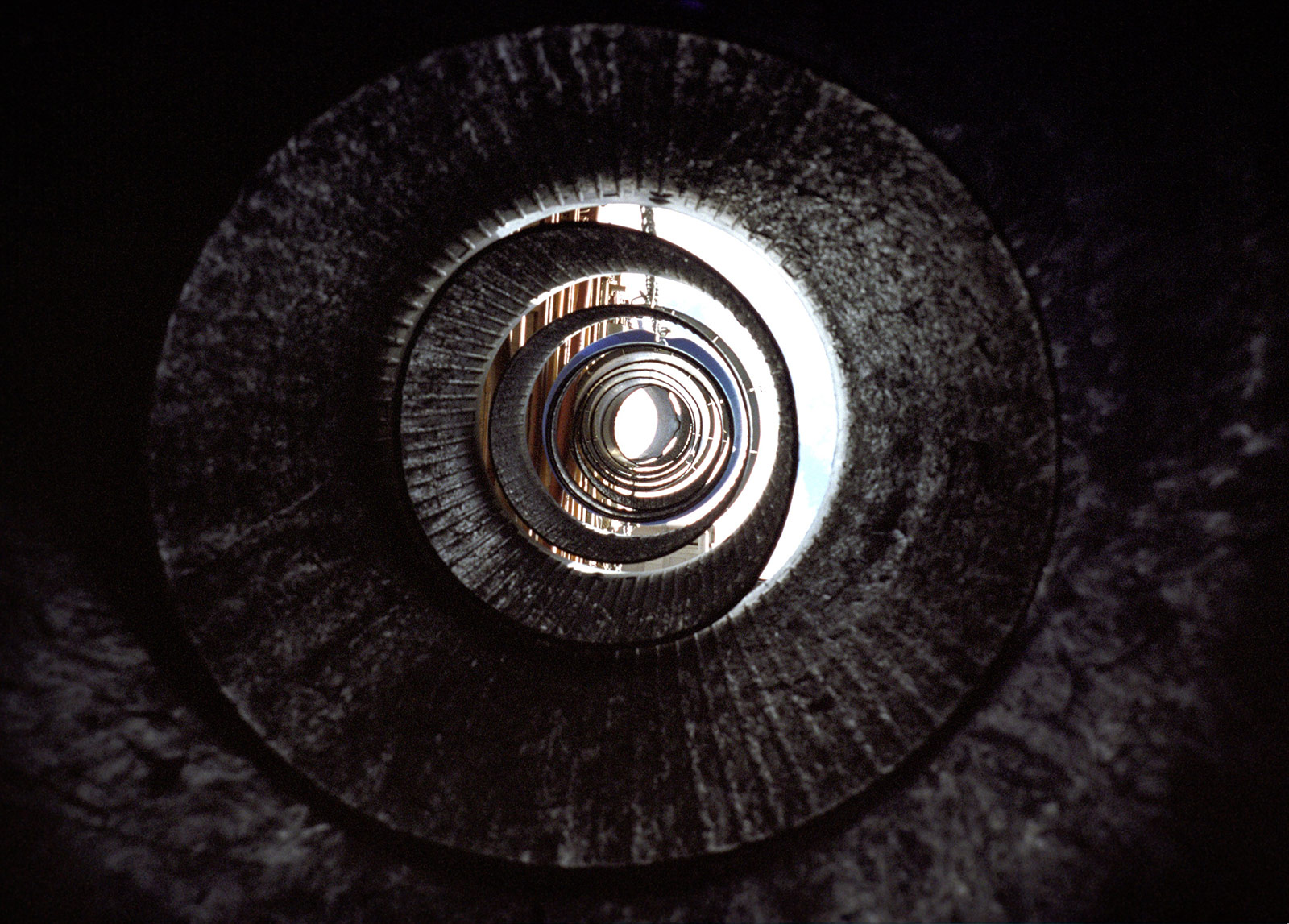 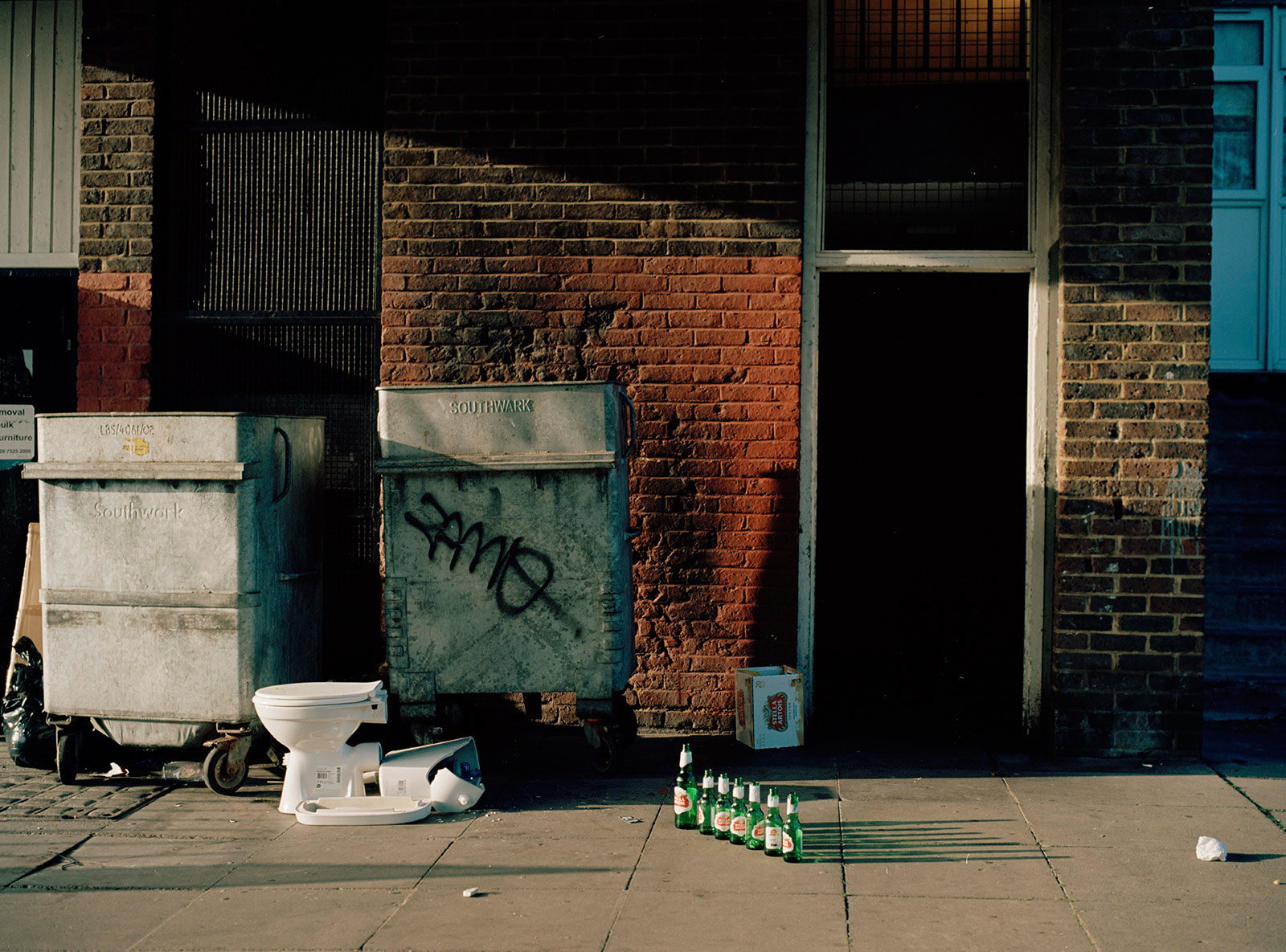 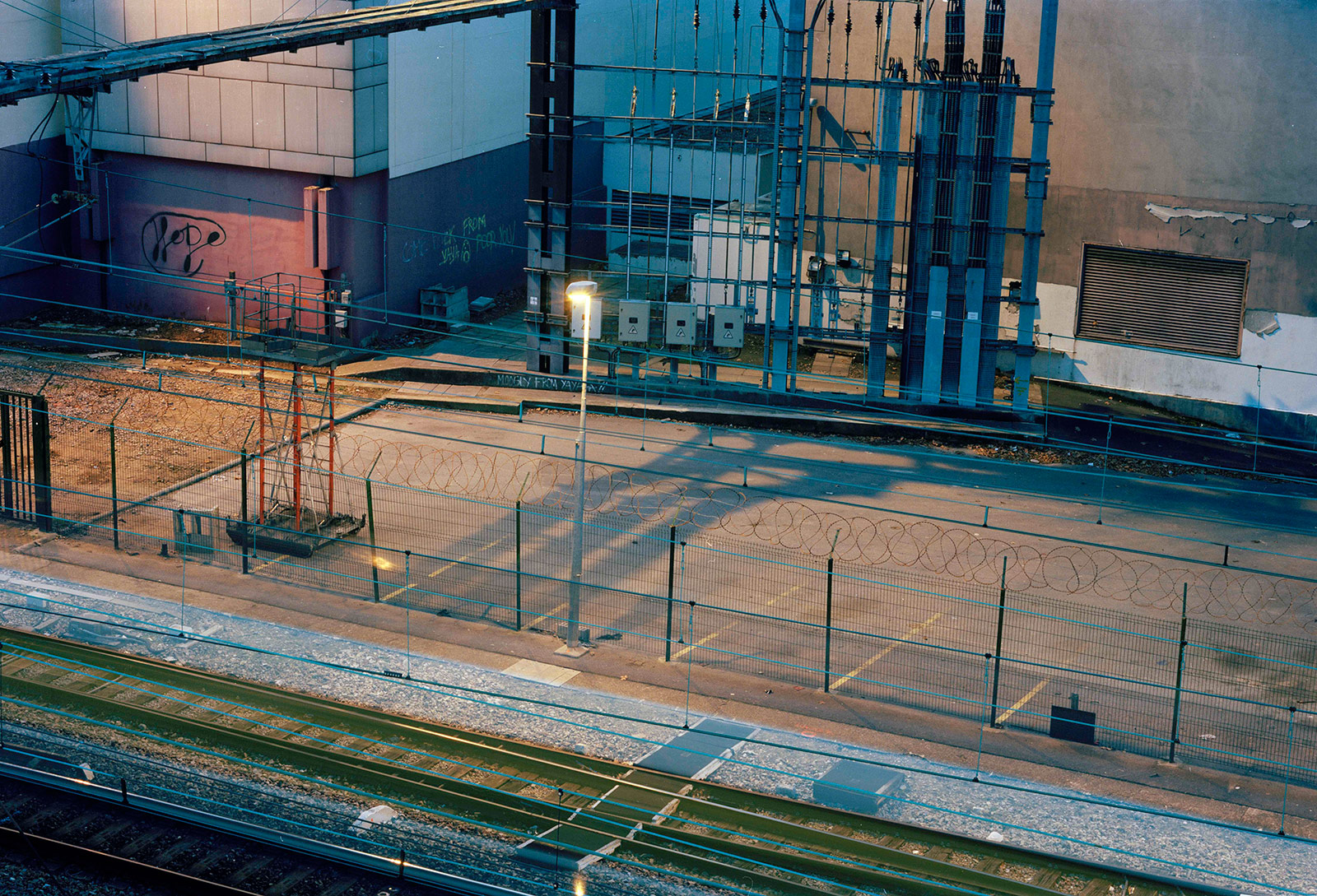 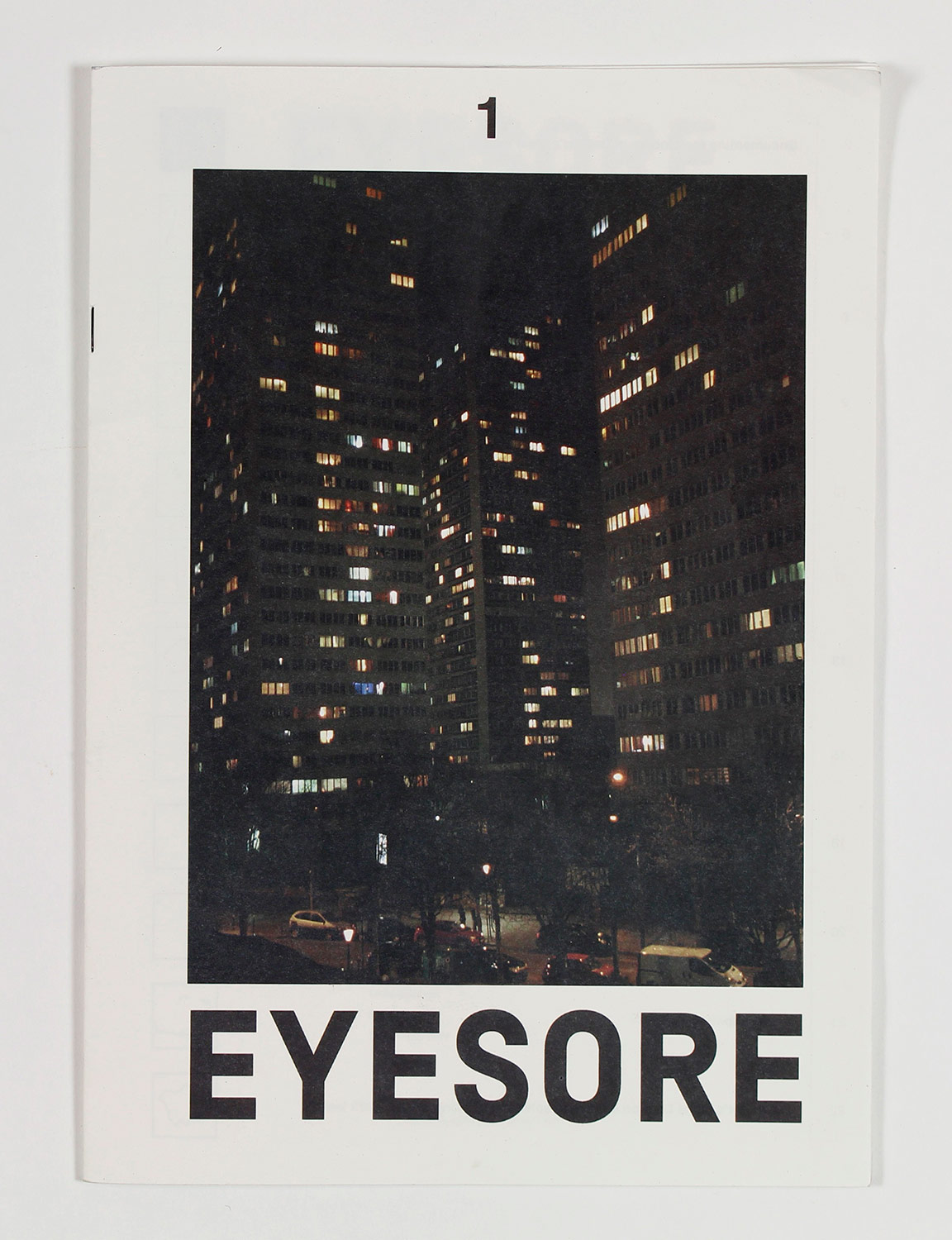 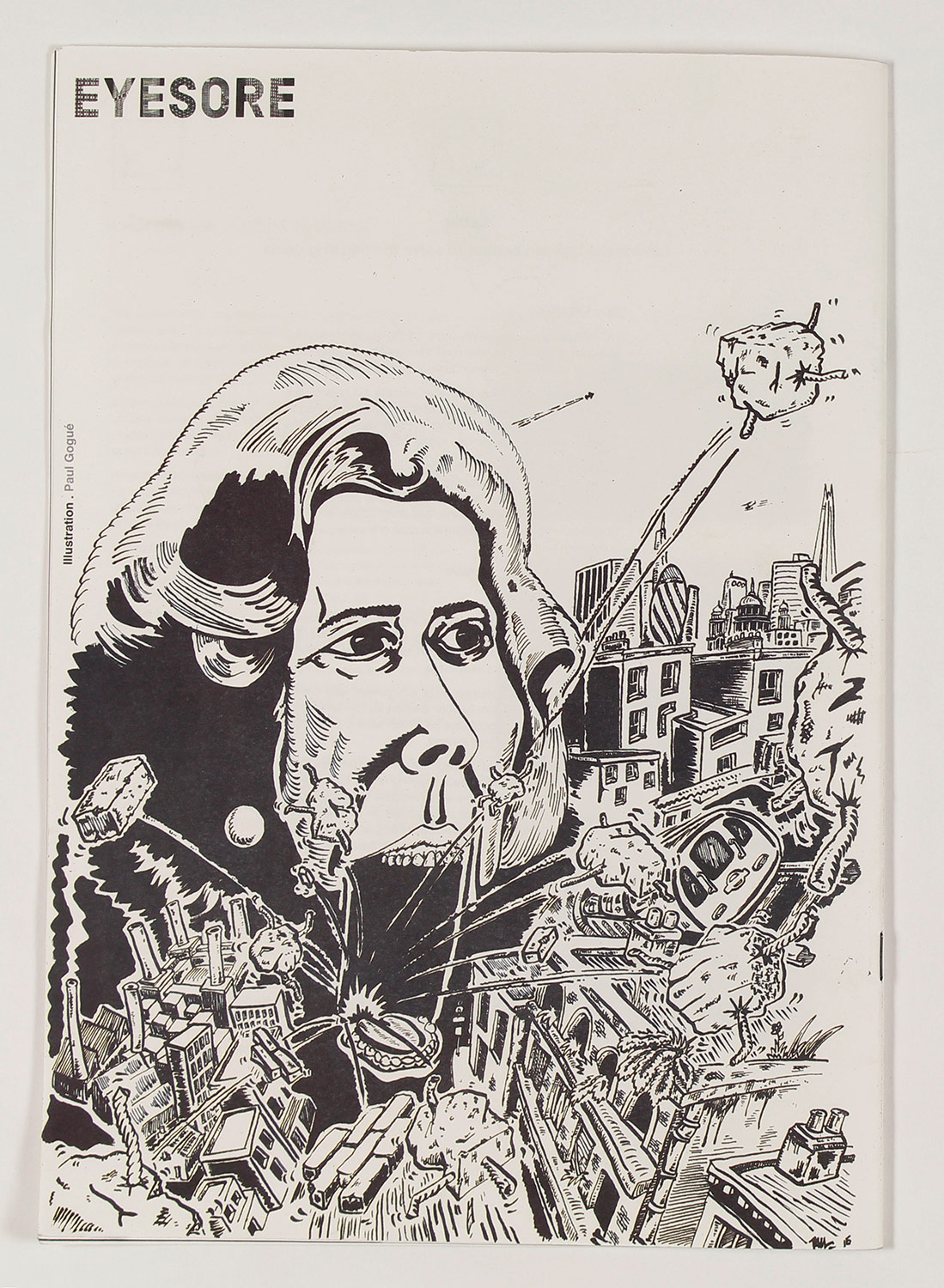