A viking chef in action 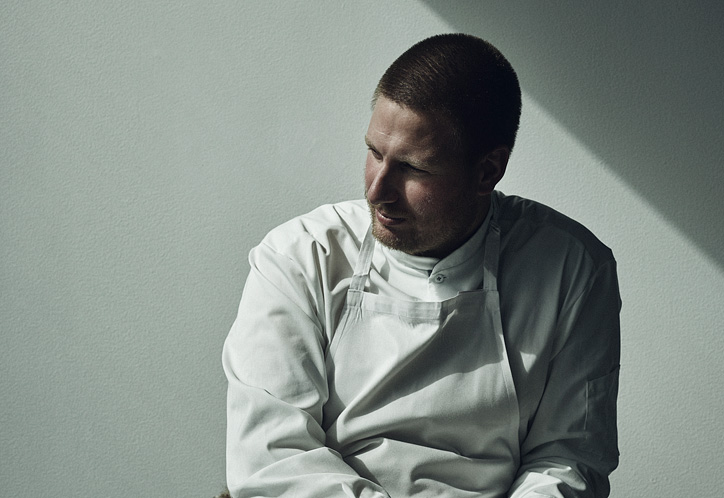 One day, the land, the people and the food stopped being just land, people and food, and started to be possibilities on their own: a passion to discover and three concepts to honor. In that same day, Esben Holboe Bang, the head chef of Maaemo –the only two Michelin starred restaurant in Norway,– took a bow. Today he is what we could call a King Bee, understanding and glorifying each ingredient with caution and knowledge, transferring the life of the local landscape into courses – in a way only his sensibility allows to. From the kitchen, where magic happens, he talked to us about his future ambitions, everyday stimulations and the flavours of celebration.

Firstly, why did you want to become a chef?

In the beginning, to be honest, I decided to be a cook because I worked part-time in a restaurant, next to my studies, and then I just got excited about it. There was something about it, the hard work maybe, and I got really into it. Then it was only later when I discovered that there is this kind of connection between the land, the food and the people and it is almost like a social study. The food can connect with the nature and with the society around you.

Why moving from Denmark to Norway?

To be honest, eleven years ago I met a girl and she kind of said that “if you want to be with me you have to come to Norway.” (Laughs).

Besides happiness and accomplishment, what else came with the two Michelin stars won in 2012?

A lot of work! I think we were not the restaurant that I wanted us to be when we got the two Michelin stars. So, it’s now that we are turning it into the restaurant that I really want, and I think we got so much better since we got the Michelin Stars three years ago. It is a lot of work, and obviously a lot of pressure that I have to deal with, but with time I found out that we just had to continue with what we were doing before, and getting better every day.

I know that you spend a lot of time getting to know all of your suppliers and producers. Tell me more about these relationships and how important they can be. 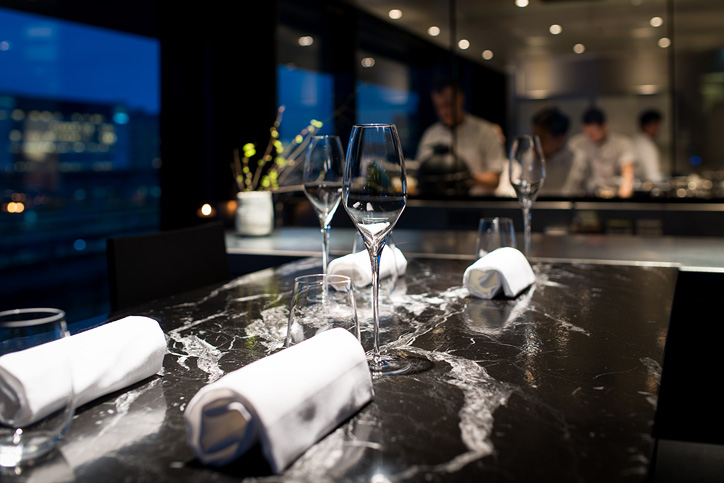 How do you exactly know all the properties of one ingredient? How do you do the research and come with the idea for a final course?

Firstly, we are at the farm: taking out to the ground ourselves, bringing to the restaurant what we cook. We try to establish a relationship with that kind of product, and then, when we feel comfortable with it, we try to create something.

Speaking about courses, at Maaemo we can taste around 20 in one evening. Why all this experimentation?

I think it is because I feel the landscape of my region is so vast, so big, that I want to be able to showcase as many as different parts of the region, and by doing that I can do a lot of small courses. But when you say twenty courses, they are very small, you know? So the amount of food would be like a normal dinner.

But in the end, no one will be hungry?

According to your website, you cook wild and organic food that has clean and bright flavours. Could you explain a little bit more this way of thinking?

It is very simple: it’s food that tastes like what it is made of. If you have carrots, and you spray them something to grow faster or kill some weed, it won’t be no longer a carrot. So for me it’s very important that what I cook with is something in its original state.

How much time, in a regular day, do you spend in the kitchen?

And in a not regular day?

I pretty much work everyday, but when I am not in the restaurant it seems like I always do something related to my work. I think there is some kind of relevance between what I do and what I do at the restaurant.

In one word, what is the Norwegian cuisine for you?

Norway used to be a poor country and the surrounding countries used to have all the money. So I think Norwegian cuisine reflects the history of this country: its preservation and surviving through the climates. But in one word, I would say cold.

If I want to book a table at Maaemo, when will it be possible? 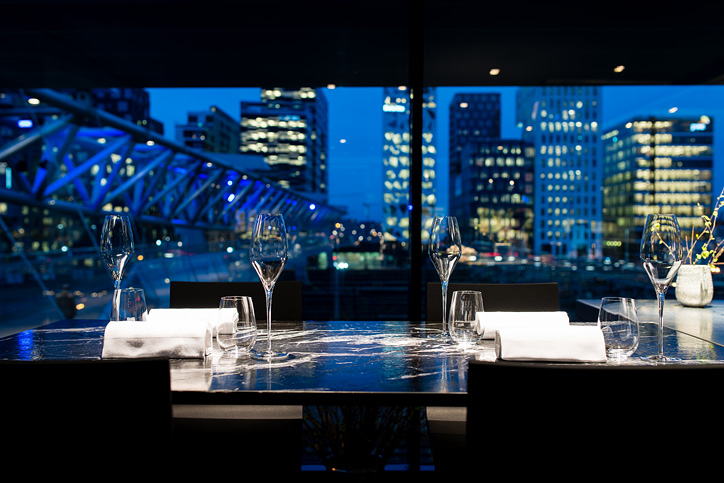 Without counting your family and friends, who’s been the best guest at the restaurant so far?

I don’t know. We have so many different guests: we have people that come here and it is not a big deal, that enjoy their meal and their wine and then they leave. And then we have some people –young people maybe– that have been saving for about one year, and that is what blows my mind the most. So, for me, anybody that steps in the door and has made the choice of coming here and spending three and an half hours with us, which is almost a life – that is already kind of a big deal for me.

Just for curiosity, do you also think about the music that goes along with the dinner?

Oh yes, of course. I wouldn’t say music, right now we are in the processing of creating some kind of a soundscape. Something that builds on the experience. For me music plays a big role, and I think that anything that stimulates you – something you read, something you see or something you hear – has some kind of impact on you and trigger some sort of reaction. I think both these things are important in my professional life and personal life, but specially in my professional because if I don’t get any kind of reaction, I cannot react. Anything that stimulates me is important.

And what stimulates you right now?

Right now we are listening to music and we are actually in the Test Kitchen doing some dishes. I think we are playing Bon Iver.

You once said that your favourite ingredient is keeping change all time. For autumn/winter 2015, do you have one?

Actually we just got our honey, we have our own beehives.

Yes, exactly! So right now I am super excited about this honey!

If you could have a receipt that would survive times, what would you choose?

We have a dish that we made with langoustine from the west coast of Norway, that’s been in the menu for a while now, and I would choose it.

And what do you think about molecular cuisine?

I think all cuisine is molecular. I think there is a chemical reaction in everything we do and everything we touch. For example, you, and me, and this conversation: there is a chemical reaction. Saying a cuisine is molecular makes me think that I really don’t know what it is. I know the all the Modern Spanish cuisine you call molecular, but for me, to be honest, a piece of meat put in a bread and glanced with butter, that is also molecular.

Last but not least. “Maaemo” means mother earth. Why this tribute to it?

I thought it was a good name. Mother Earth or all that moves and is alive. And for me it is what we are doing here. I try to create something that celebrates life, celebrates the season, celebrates that we are alive, we are here and we are in the moment. 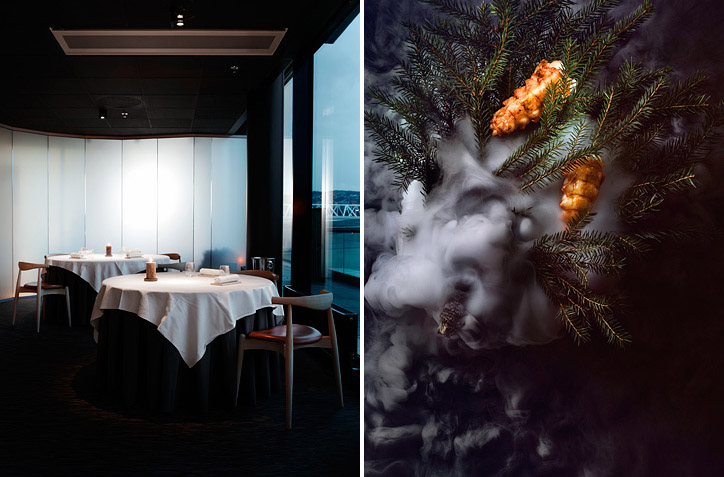 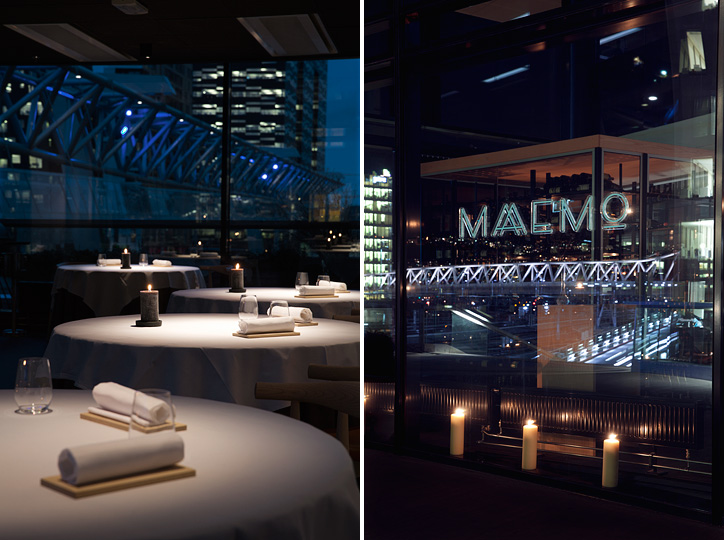 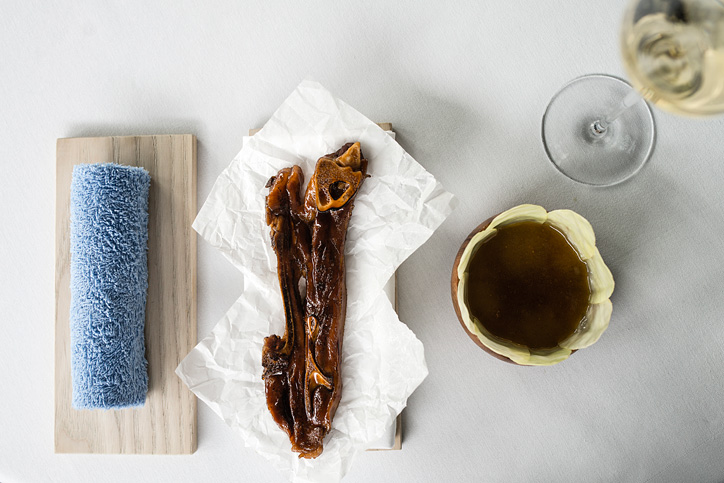 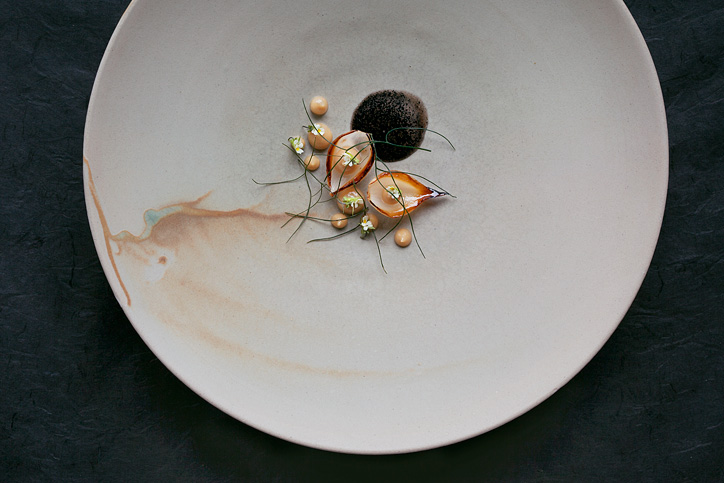 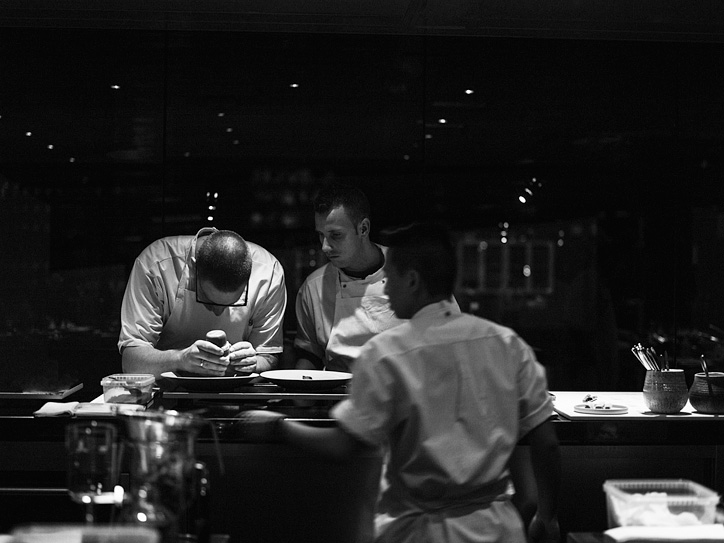