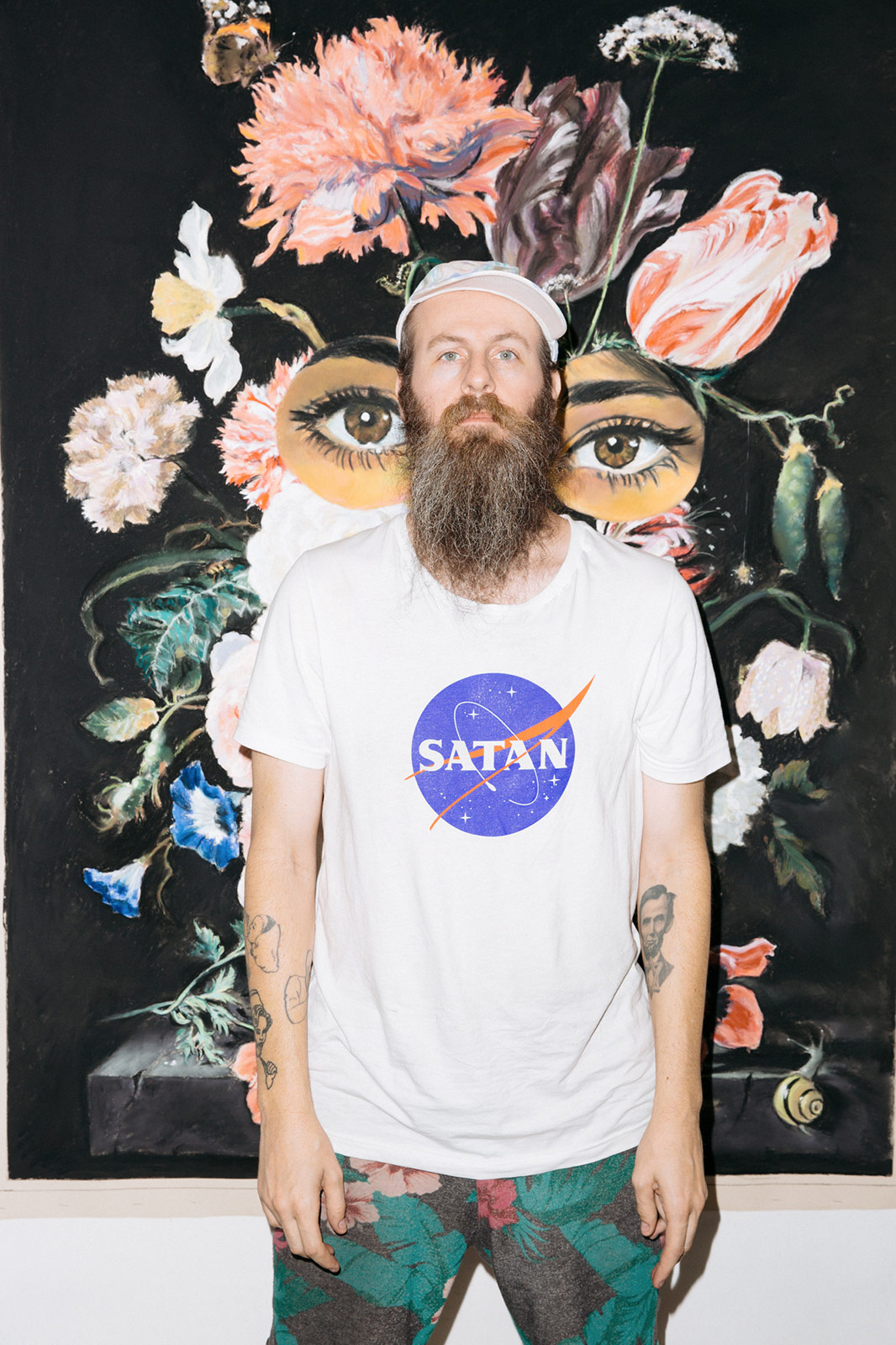 A hopeful optimist, a previous journalist and a man who is making a living of hugely satirical drawings commenting on modern-day America as “the barbecued death spiral of our democracy”. Meet Eric Yahnker, an artist from Southern-California who is exhibiting his third solo show, titled Factory Reset, at The Hole in New York City from November 15 to December 23.
Let’s start off with the statement you made at London’s creativity festival Here in 2014: “(…) any piece of art is self-portraiture”. Seeing drawings of dildo candles, cactus-shaped sombreros and Gollum wearing the infamous Make America Great Again, some people would picture a rather confusing self-portrait in their head. How do you see yourself?
I see myself as an enormous dildo candle topped by a cactus-shaped sombrero. Actually, I think what I’m referring to in the quote is a little more Da Vincian: whatever motivates a work of art, from its surface to its depth, is indicative of the soul of an artist – if not equal to the artist’s own mirror reflection. In other words, if a given artwork is shitty, derivative, vapid, and juvenile, then likely, so too is the artist. I’ve often said that when someone walks into a show of mine, I want them to feel as though they’ve been swimming in my ball juice.
Of course, your artworks are much more than that. Seeing you talk about your art, it’s obvious that it has quite the resemblance to you as a person: lighthearted, witty yet very experienced and well-informed. But humor is clearly present in all of your drawings. Why?
Satire is often the clearest path toward truth. Labeling truth as comedy allows messages to be unfiltered and unredacted in a way our society has a hard time communicating. Even dictators will occasionally let their guard down for a laugh – then promptly execute the comedian.
What role do you think humor plays in art making?
I don’t necessarily know if comedy has a place in art, per se. I just know that I have no other perfect outlet to house my own sensibility, comedic or otherwise. In the mid-‘90s, before I was an artist, I was a journalist, and I thought I might make a go as a political cartoonist. Woops! Cue the Internet and the virtual death of print media, pretty much placing all controversial, independent-minded staff political cartoonists out to pasture. After that, I spent a decade as an animator until it appeared computers seemed to be the only way any studio wanted to create cartoons. I packed my pencils, paper, and old world, ‘get off my lawn’ purism, and somehow, found my way back to a more journalistic pursuit making large-scale, glorified political cartoons – I just called them ‘art’ instead. 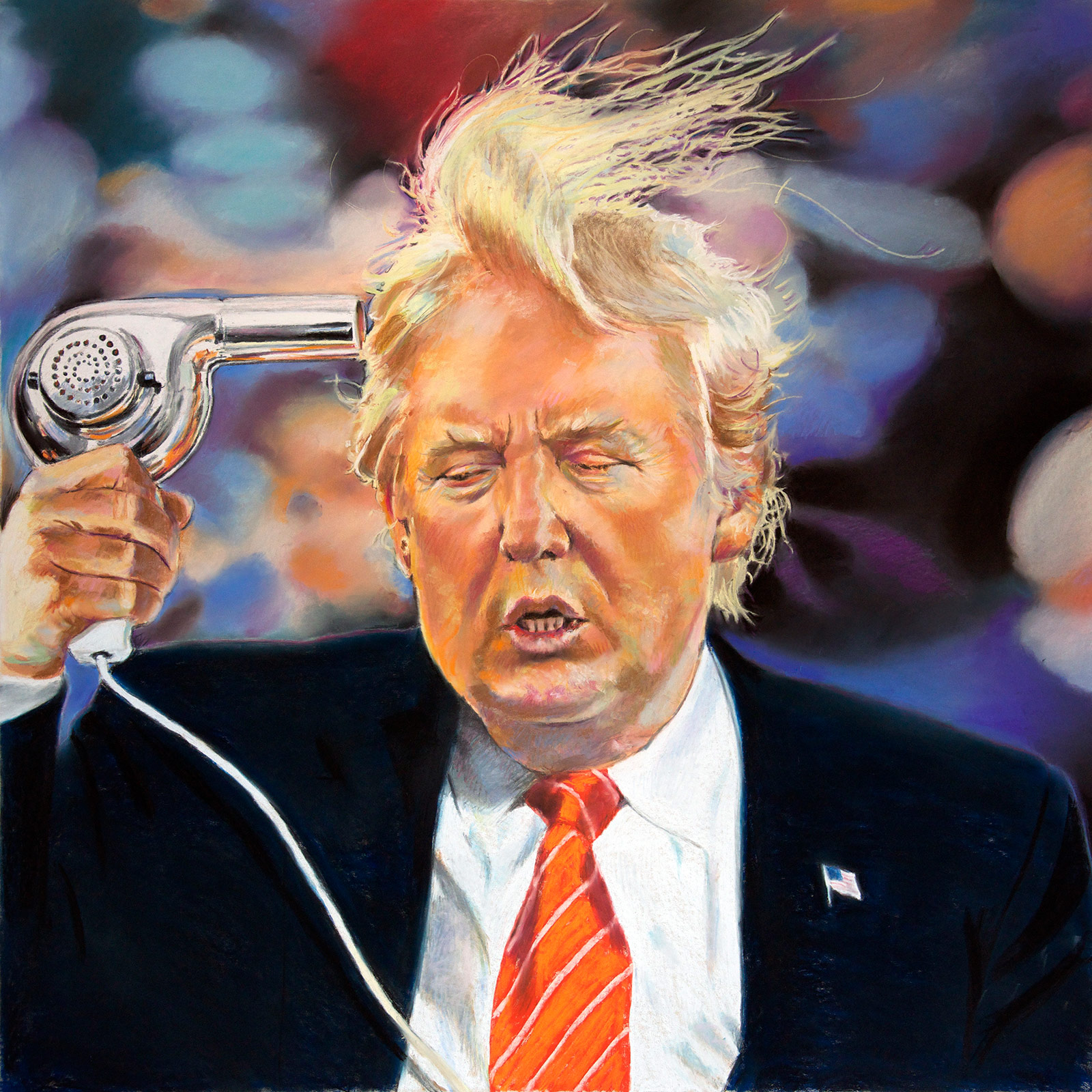 Your upcoming solo show, Factory Reset, will take place in New York in the well-established contemporary art gallery The Hole. Not much has been mentioned about it. Can you spare us some details?
Maybe I’ve pigeonholed myself but my work is pretty much always rooting around in a tangy meatloaf of the contemporary American experience slathered with a bitter, syrupy spread of the barbecued death spiral of our democracy, goodwill, and so-called Exceptionalism.
This is your third solo show at the gallery. How do you see them evolving since the beginning?
Mentally, I still experience the same fiery temperament that helps drive the work into existence, followed by the same bouts of nut-kicking self-doubt leading up to actually showing it. As for any signs of physical evolution, I’ve definitely taken strides to streamline my process in the past couple of years. By switching to pastels on sandpaper (after spending many years working with colored pencils), I have literally given myself the gift of time. Time enough to work on a fixer-upper and even start a little family – I just had my first child this past July.
There are also several works I would never have even thought of approaching using colored pencils, especially large-scale, room-filling animated works, which I first did for CAMRaleigh last year, and now again for this show. It’s also allowed me to be more gestural and playful within the work if you examine the surfaces and marks close up. When you know a work is going to take three days instead of three months to create, it allows you to be way nimbler.
As we look through your previous exhibitions, a key inspiration seems to be America or American exceptionalism. Your drawings certainly tell a viewpoint, but in words; what do you think about 2018-America?
Idiocracy turned tragic prophecy. As H.L. Mencken famously wrote in 1920: “As democracy is perfected, the office of the President represents, more and more closely, the inner soul of the people. On some great and glorious day, the plain folks of the land will reach their heart’s desire at last, and the White House will be adorned by a downright moron.”

“Satire is often the clearest path toward truth. Even dictators will occasionally let their guard down for a laugh – then promptly execute the comedian.”
In your shows, we don’t only find paper drawings in different sizes on different papers, you often include installation pieces. What meaning do they have? How do you think they complement each other?
It’s somewhat of a slalom obstacle strategy to slow the viewer down before cranking on to the next piece. The 3D pieces act as turnstiles to cycle the viewer toward works in a sequential Feng Shui way that I’ve designed. Of course, I don’t want to minimize the sculpture work. I absolutely do have a sincere interest in making 3D work, but I’m also aware that my drawings will likely eat up most of the oxygen in the room. Early on, I think I had some weird insecurities that my drawings weren’t enough on their own and I had to create an environment for them. I’m still working through it, but this current show relies less on sculpture and lets the drawings really breathe.
Surely, there is no recipe for creating art, but can you guide us through your process from idea to exhibition?
I mostly just respond to the world around me. I search for meaning and correlations among disparate things. At times, the process feels like a twisted match game. At other times, complete images appear in my mind and I make them exactly as I see them. I tend to not write down ideas in a sketchbook anymore. I figure if it’s good enough, it’ll stay with me.
Once I know the dates for an upcoming show, I’ll look at the blueprint of the space and start massaging and sculpting thoughts that have been rattling around in my head and building interconnections. I typically want a show to tell some sort of story, where history and contemporary culture intersect and either thrive or rot on the vine. I then dive in to making the largest and hardest works first, and claw my way through it, one drawing at a time. Usually, once I get the first couple ‘anchor’ pieces done, a downhill, wind-at-my-back momentum carries me through to the finish line. Once I’ve finished all the works for a show and they’re off getting framed, I’m sometimes left feeling I didn’t hit the mark or more needs to be done. I try to remind myself that what I did for a given show was the best I could do when I did it, and perhaps, I’ll try to do better next time.
You have previously expressed that the art world didn’t have much interest to you growing up – or at least, it wasn’t something that you were aware of in your young years. How has that changed? Are you interested in the art world today?
I didn’t even know the ‘art world’ existed growing up. I came to art in 2004, when I was 28 years old, and haven’t looked back. I’ve come to understand that art is defined by far more than the hifalutin exclusive, auction house, money laundering ‘art world’. Authenticity in creation is all that matters or should matter to the artist and their peers. It’s a Field of Dreams scenario: “If you build it, they will come.”
Everyone who has an inner fire to create shit should throw their hat in the ring. There are no perfect or correct outcomes. In fact, the more perfect and correct, the less viable. Trust that there’s an audience for every creator. Just make things! Ultimately, art and all its slithery tentacles can be a parasitic – some keep their host healthy and ward off disease, while others plague, maim and kill. I put my faith in the nurturing variety of parasites. 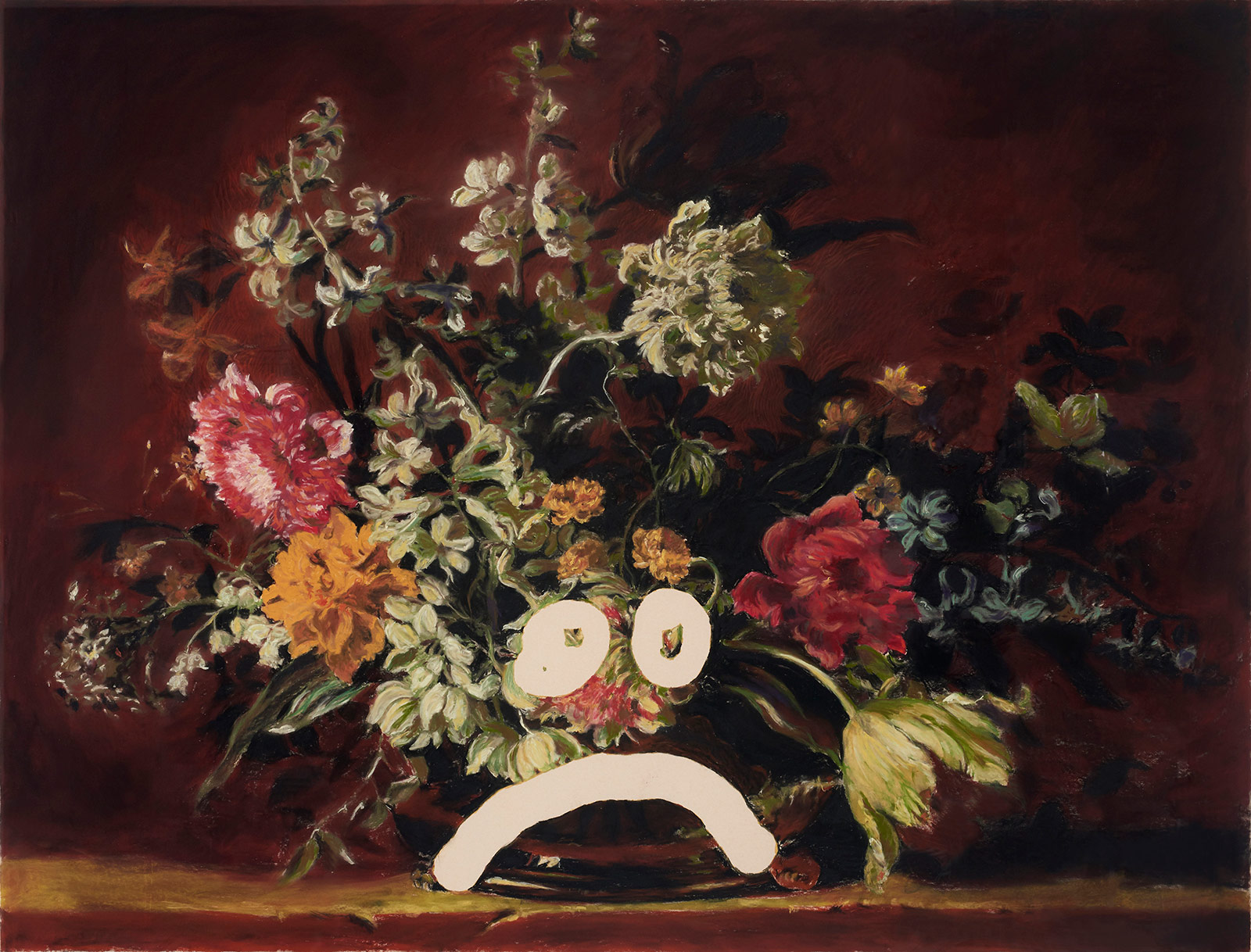 It took some time for you to acknowledge that you wanted to become an artist. If you could travel back in time and meet your 17-year-old self, what would you say to him?
I’d say, “Stop beating off, asshole! Your palms look like tree bark!” Sure, I’d like to think it would’ve been nice to have some guidance or mentorship to figure out my path sooner, but my own personal story is part of the background that goes into my work. I guess I wouldn’t trade it. I might try to hint to my young self to invest in Google and Amazon, but like clockwork, my raging teen boner would distract me and I’d promptly return to beating off.
What are your future predictions for our society? And how will it affect your work?
I remain the hopeful optimist. As a student of history, I am well aware that history will repeat itself. As much as we keep hearing this time is ‘unprecedented,’ it most certainly is not. The numbers don’t lie: most of America will have a Mariah Carey complexion in the years to come. We are a multicultural phenomenon! White people are just in the final death throes of their ridiculous and grotesque sense of artificial supremacy, and like any acne medication, it’s got to get worse before it gets better. We will get there. We must.
The exhibition Factory Reset, by Eric Yahnker, will inaugurate on November 15 and will be on view until Dcember 23 at The Hole NYC, 312 The Bowery, New York City. 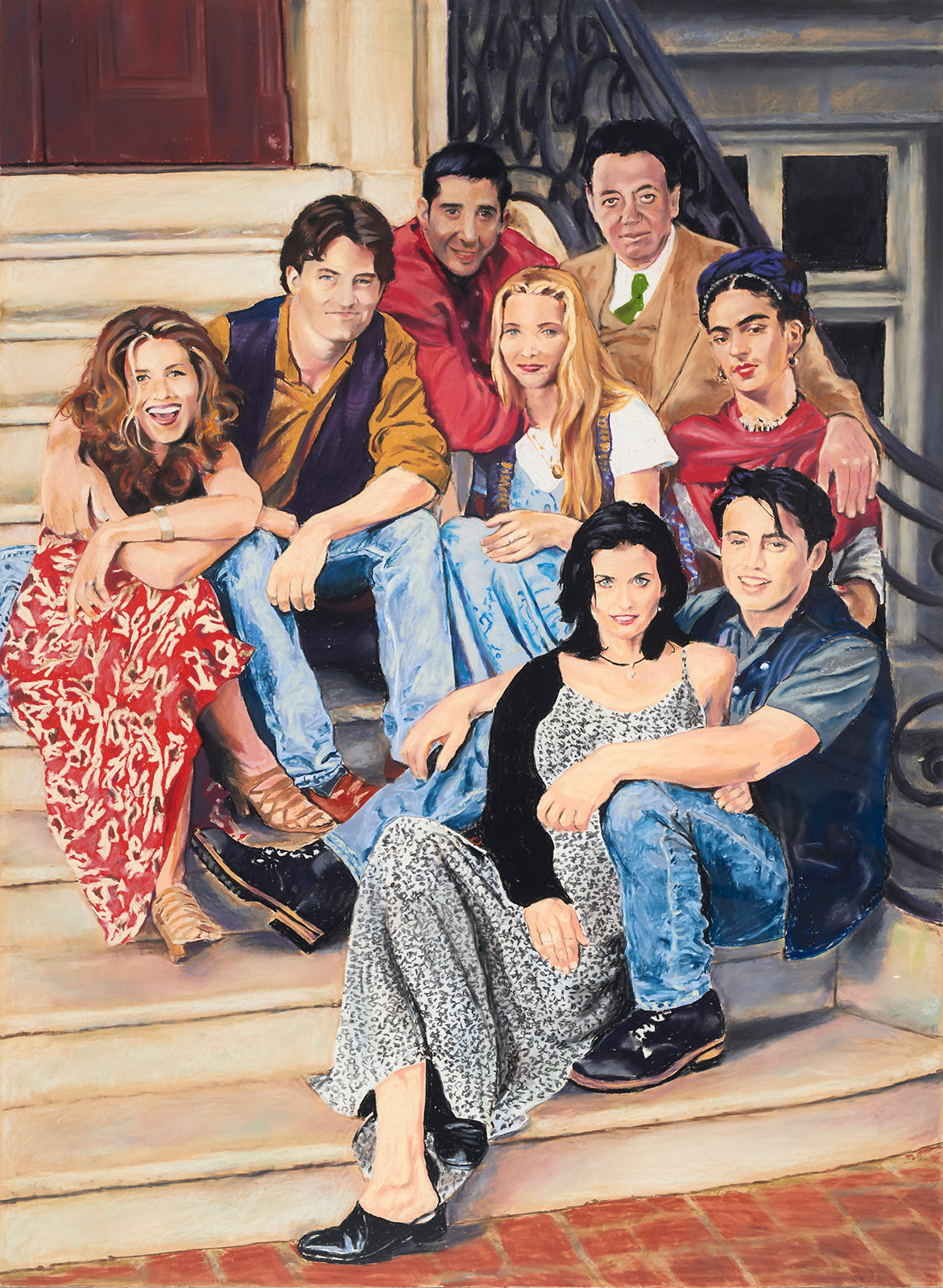 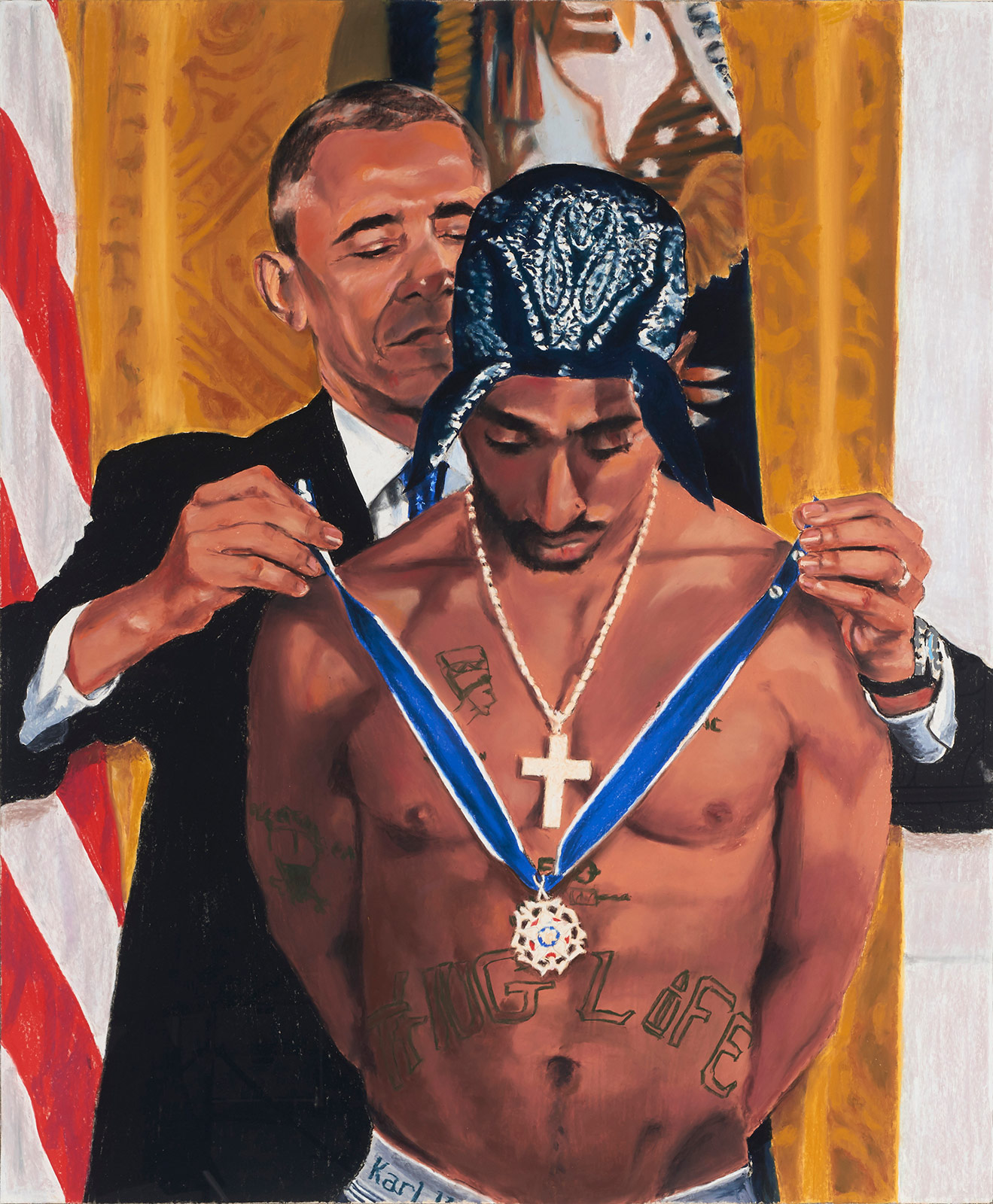 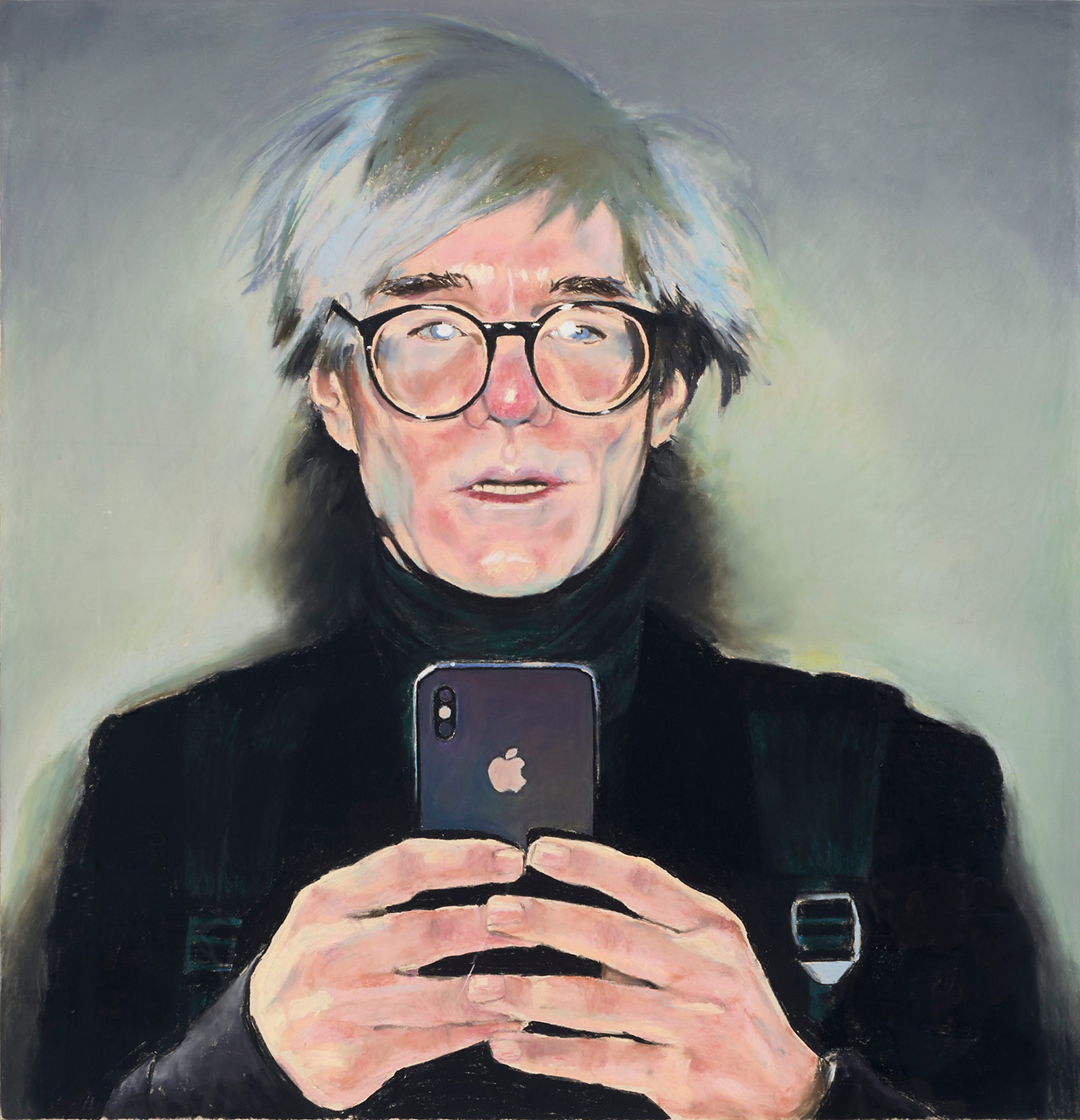 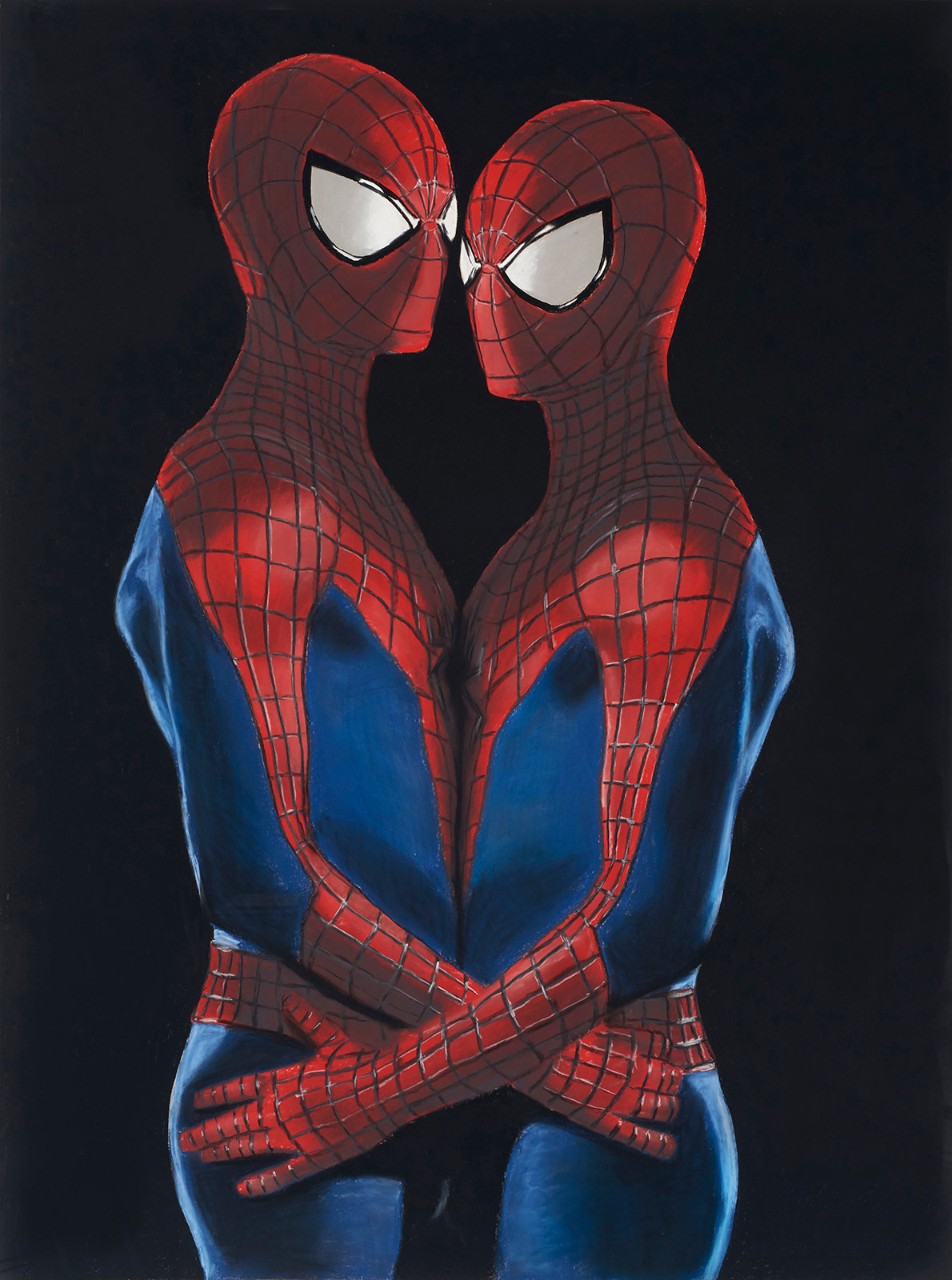 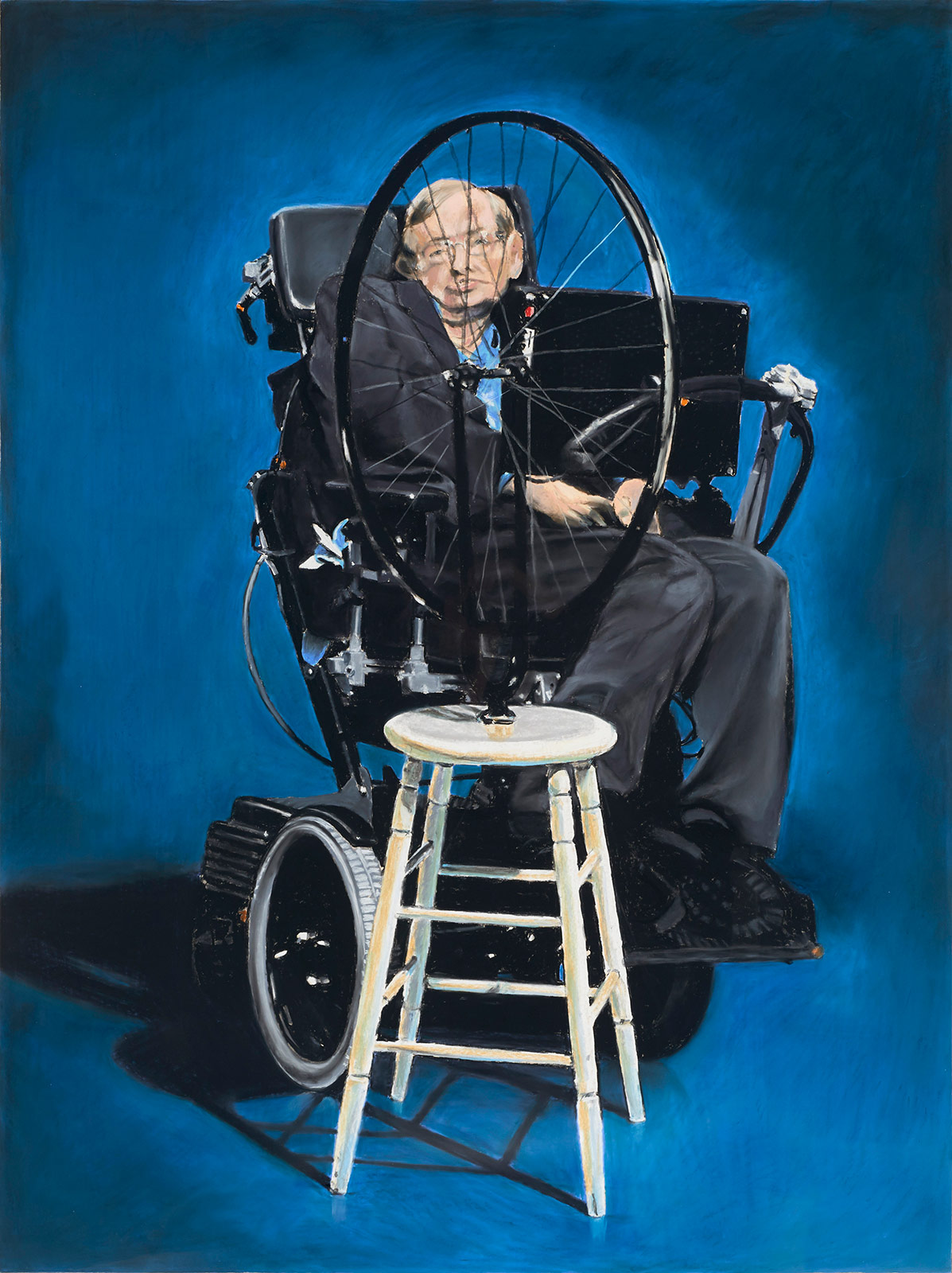 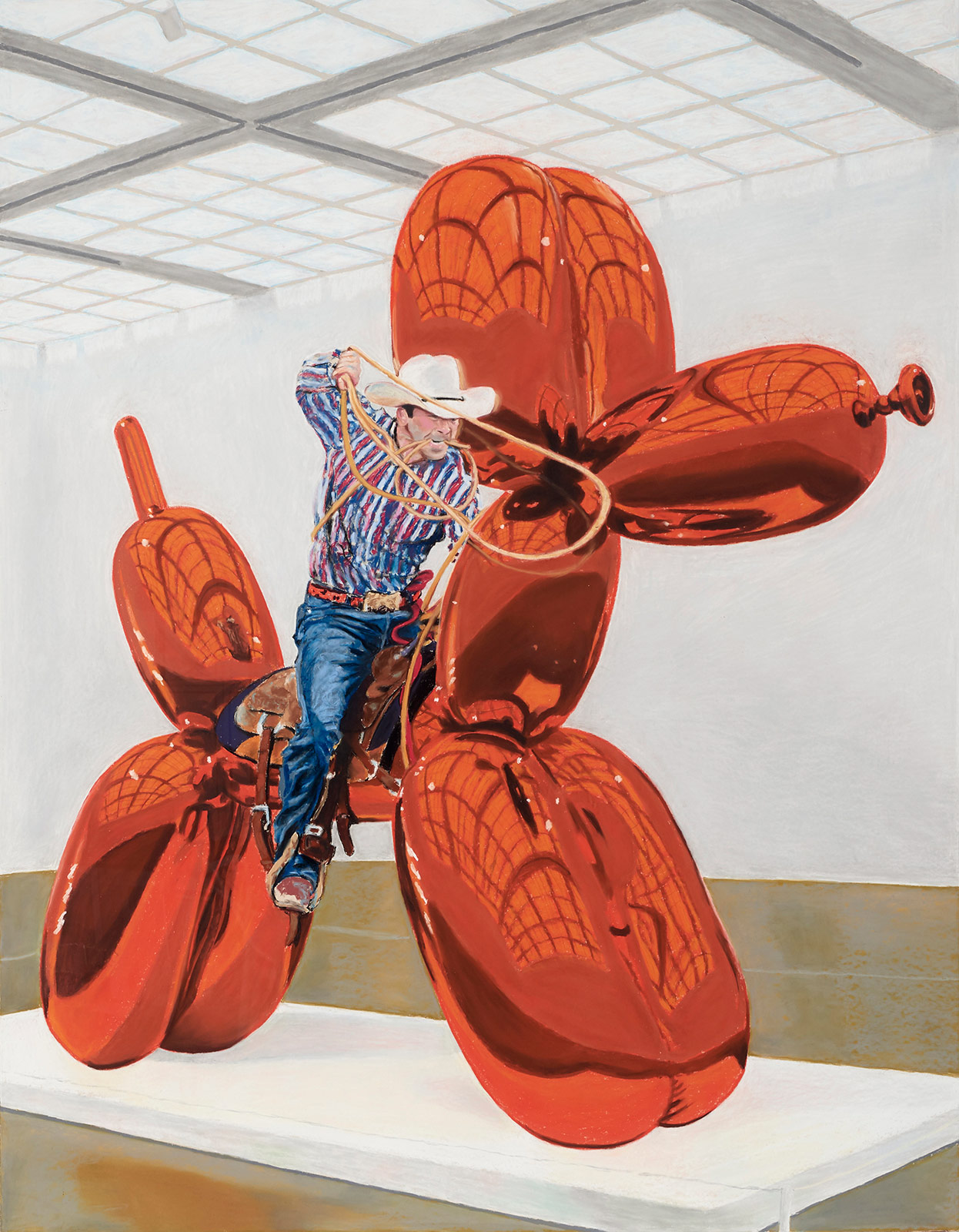 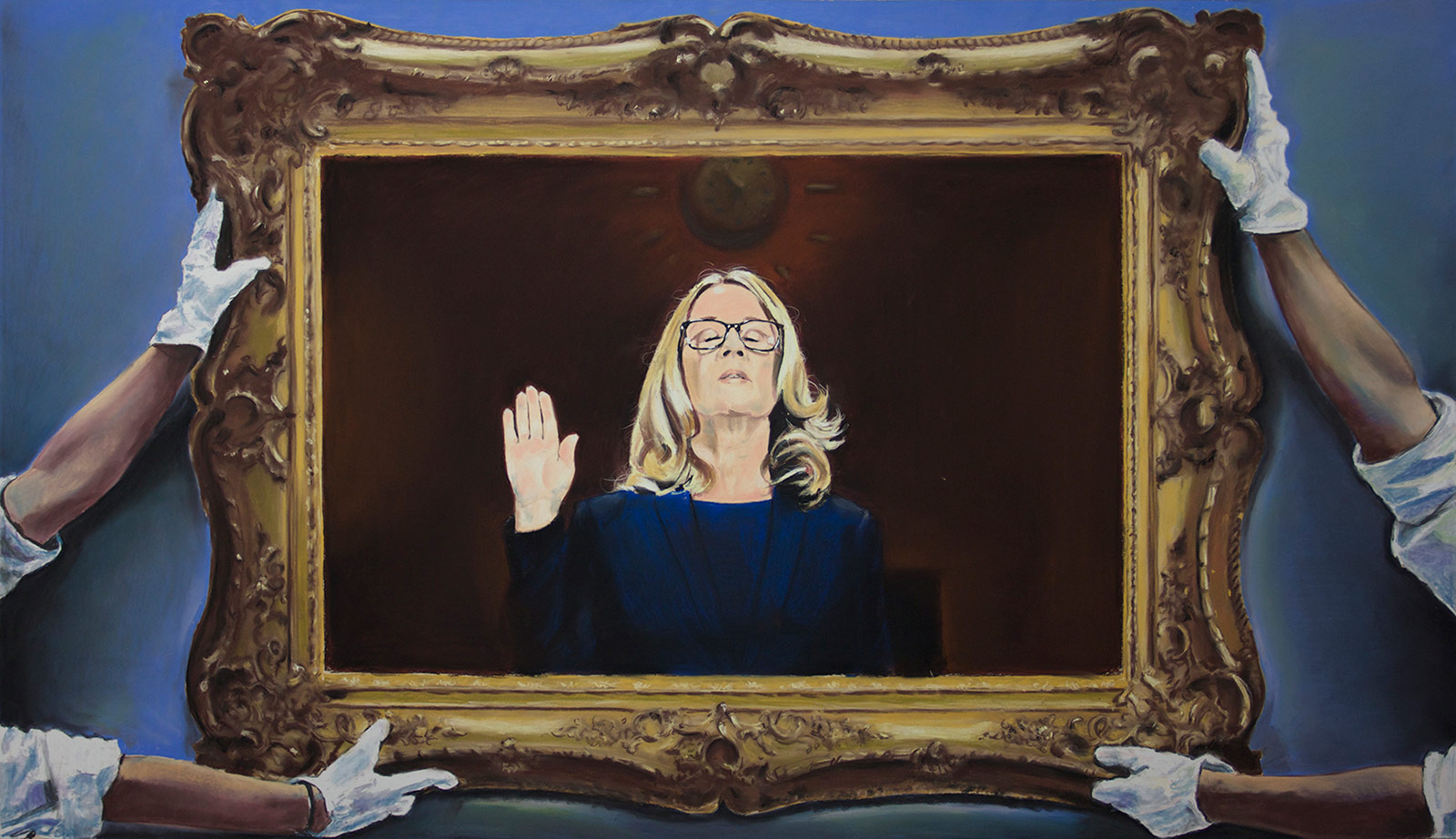