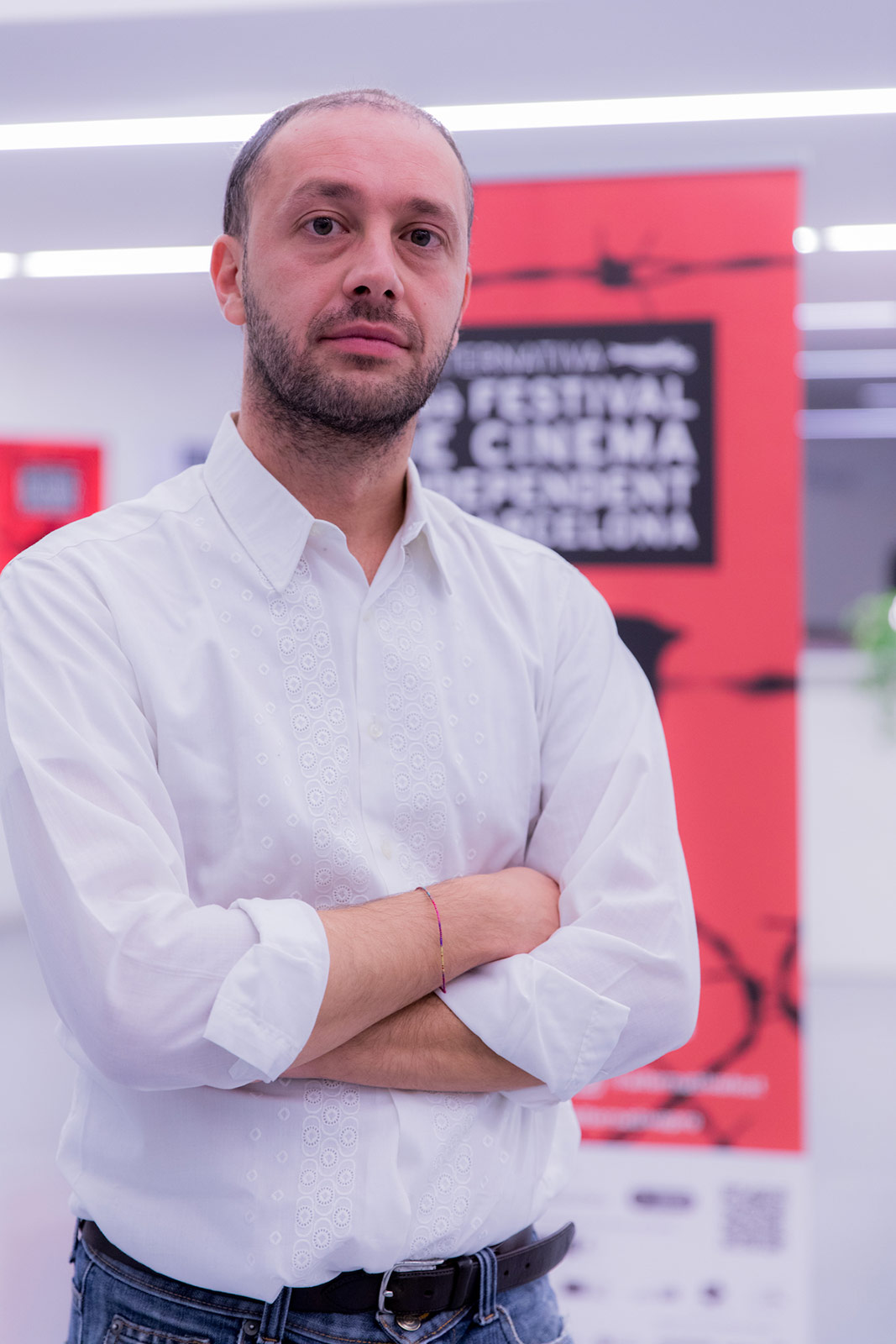 Inequality, immigration, marginality, discrimination, abuse of power… Pepsi has a past and present that Italian film director Enrico Masi couldn’t ignore. When he discovered her story, he felt the obligation to tell it to the world and decided to do it through the medium he knows best: cinema. Closing a trilogy “devoted to the impact of mega-events on urban and suburban contexts”, as Masi explains, he now presents Shelter: Farewell to Eden, a poignant film telling Pepsi’s harsh reality as a trans woman escaping the Philippines and seeking refuge in Europe.
Having faced constant rejection because of her identity, the trans woman behind Pepsi’s alias gathers enough courage to tell her story. While shooting the documentary, the relationship between the team and the protagonist strengthened, which resulted in a highly sensitive yet hard-to-watch film that is currently touring around film festivals like Barcelona’s L’Alternativa or Amsterdam’s International Queer & Migration Film Festival. When presenting his film in the Catalan city, we sat down with the Italian director to speak about cinema as a form of social change, as a link between people and as a frontier-breaker.

Shelter: Farewell to Eden is your latest film, but before this one, you already directed other documentaries using the first-person approach. What attracts you from the genre and why do you prefer it over fiction?
Actually, Shelter is the third part of a trilogy. After The Golden Temple, there was Lepanto, made in Brasil. Shelter is the last chapter of a trilogy devoted to the impact of mega-events on urban and suburban contexts. I am very attracted to documentary because I think fiction is more connected to a certain kind of industrial and economic perspective. Instead, documentary is more concrete and direct.
In addition, maybe since the beginning of cinema, we can see that, somehow, documentary is more experimental than fiction because we have more registers and different ways of telling the stories; documentary can use so many different techniques! However, I am also attracted to the fictional opportunities, it’s just that I feel that documentary cinema is very strong and bold today.
Your film tells the story of a trans woman. Despite they are growing in number, do you think there are enough films with LGBTQ+ characters in main roles?
It’s a wave that’s been growing and developing these past years. At the same time, I feel Shelter is a very tender, fragile and soft way to approach the topic and, in a way, we forget the trans and LGBTQ+ overall thematic. A couple of weeks ago, we presented the film in a university with an activist from a very old Italian collective of trans people and she said that is was very rare to find a film where a trans person is the main character but the fact of being trans is not that much underlined or the topic of the film itself.
Don’t you think that many LGBTQ+ movies have reinforced or promoted a lot stereotypes?
Absolutely! That’s why I feel Shelter is very far from them. We strongly believe that Pepsi is a human being; it’s not a matter of being transitioning. We give the person back to the person, you know what I mean? That was highly important for us while making the film but also when building our friendship and relationship. We – me as the director but also the rest of the team involved in making the film – aimed to understand who Pepsi is. Not because of the transgender theme but because her story is so special, rare, difficult. 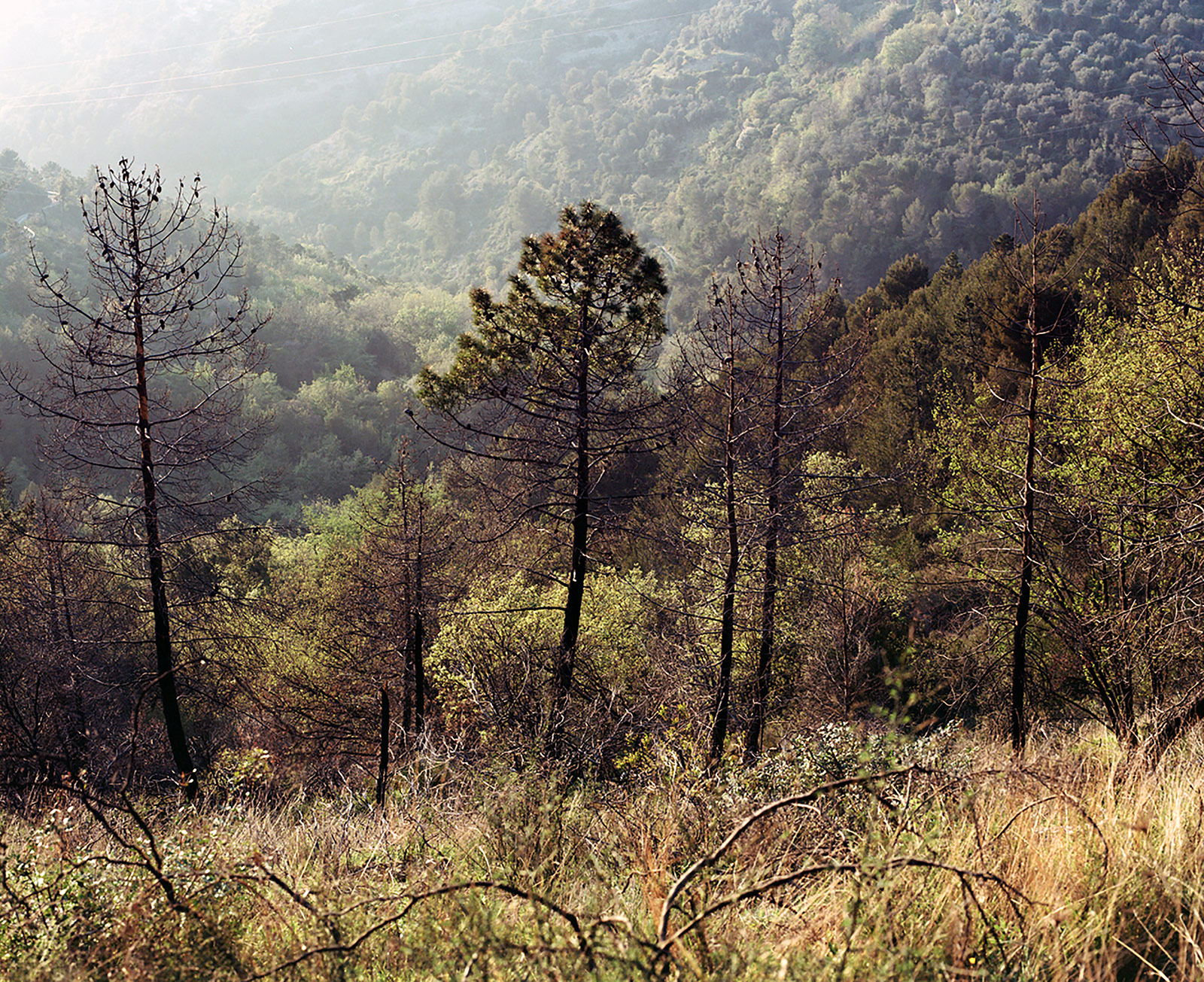 The film follows the life of a transgender woman who is rejected for her identity, but Shelter also speaks of inequality, immigration, marginality, abuse of power… How was it to find someone who had lived through all this? When you heard her story, did you feel you had the responsibility to tell it?
Absolutely! It was a sort of mission, even a pact between me, our crew and her. We met Pepsi after an extremely long research process between Italy and France, so it was kind of an epiphany. She arrived like a spiritual or mystical moment. We got into her story and thought it was highly important to put Pepsi on a podium and turn her story into something universal, so we started arranging a narrative around her experiences.
Even if the protagonist decides to tell her story, she has to do it anonymously, without giving her name or showing her face completely. Do you think that maybe her story is more common than it seems, but those who’ve lived something similar have not had the strength to tell it?
Absolutely, yes; I feel it’s a good way to see the film. But I wouldn’t use the adjective ‘common’ because she comes from this Moro Islamic Liberation Front (MILF) movement. Although there are many groups – radical groups – around the world, the MILF are very particular. Pepsi grew up inside this military movement, so she’s completely traumatized because of them. Bear in mind that she wasn’t affected by the military group, she was inside it, which is not so common at all. When you are part of an organization like this, either you die or it’s highly difficult to escape, so her experience is quite rare.
At the same time, however, her pattern is indeed rather common: coming from a poor family and a country far from the Western world, she wants to grow and become someone – a nurse, for example. So the effort and will to come to Europe, this ‘rêve europeén’ that we say in French (the ‘European dream’), is a shared attitude among migrants. However, it’s rare to find people from the Philippines in this sort of immigration process, there are usually very few because there is a completely different stream of movement. They normally come with a job, for example.
Cinema can be a good way to denounce injustice; however, these films have no place in many commercial spaces. In this context, what role do festivals like L’Alternativa play?
A very important role, of course. Especially in Europe, the circuit of festivals is very well developed and strong, so a lot of documentaries reach an international audience through them. For example, in the case of Shelter, this is the tenth country we’re presenting it in. After L’Alternativa, we’ll keep going to other festivals and cities. In Italy, which is quite a big country (in Europe) and which is going through a very important migratory crisis, the film was screened a lot. But it’s also going to France, probably Germany too, etc. So, this festival is a good way to highlight or show the worth of documentaries and political films. 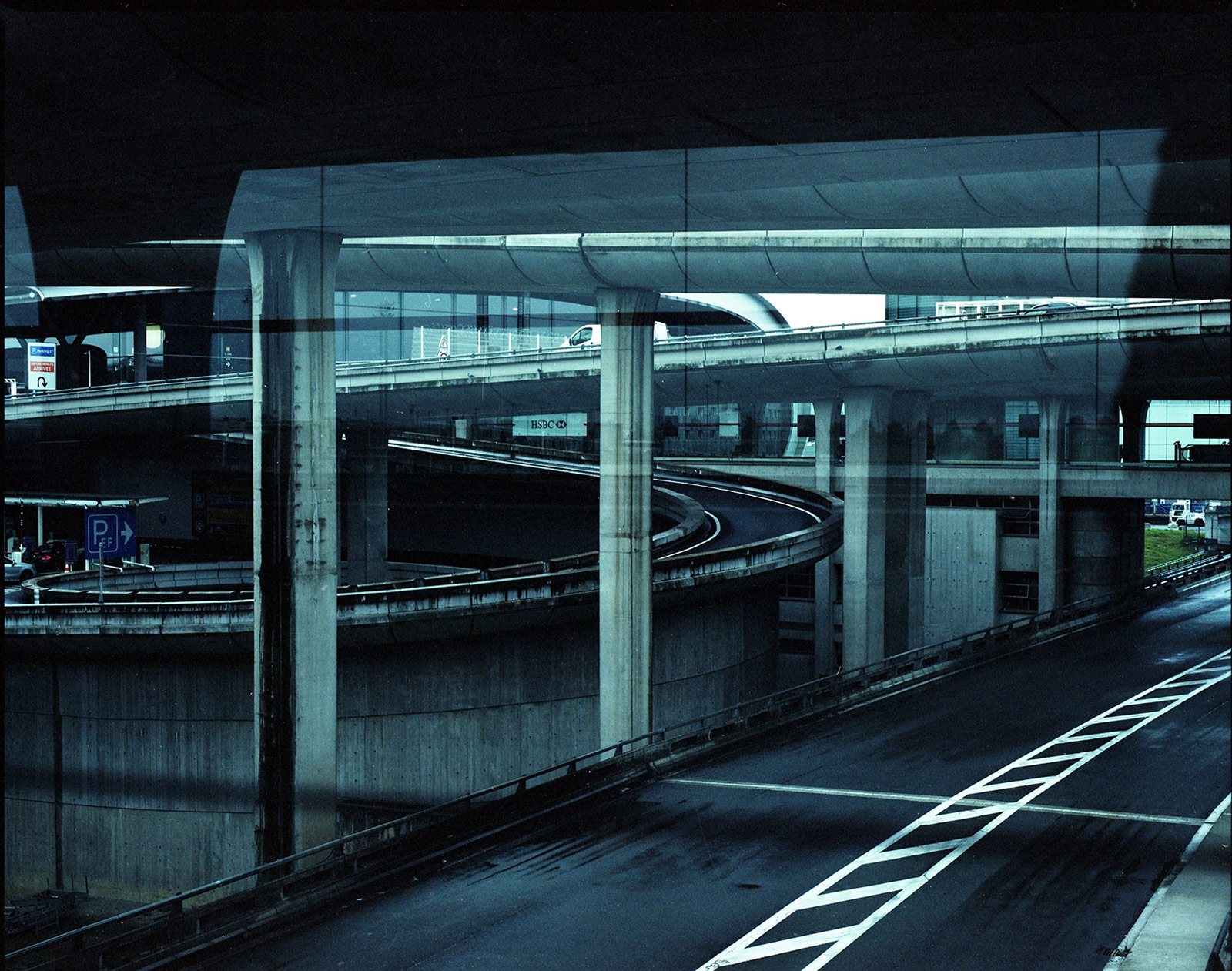 The films in this type of festivals usually work with much smaller teams (and, of course, budgets). What do you think are the strengths and weaknesses of having a small team and working more independently?
In our case, the team was enormous compared to the ‘normal’ documentary scale. There were maybe one hundred people working in the film – between production, post-production, distributors, the French co-producer… So it’s not so independent. We are an art and political collective called Caucaso, we’ve been active since 2004 all round Europe. Personally, I had some troubles having so many people involved because everyone could have a say on the film: I like this, I don’t like that, it’s too short, it’s too long, this should be the title, this should be the ending scene, etc. But we were all really focused on the core of the film.
In Shelter: Farewell to Eden, you present a very intimate portrait of Pepsi. What are the things that help you as a director to get to know the protagonists in-depth?
The experiences of ethnographic work, visual sociology, visual anthropology… I worked on my PhD between London, Brazil, Berlin and Italy and put a special focus on urban conflicts, the ‘contamination’ of cultures, and the post-globalization struggles in metropolitan contexts. I think you have to be curious about human beings; if you aren’t, if you’re not open to the world, you’re being very selfish. That’s not important for me, it’s important as a revolutionary method to approach the world and try to change it, even if just one little thing one simple day. But we have to say that the film changed Pepsi’s life because she obtained all the documents she needed, and at the same time, my life changed as well.
Let’s talk about that. How do you feel after making the documentary? Do you think you’re emotionally worn out?
Yes, I am. Also, because it’s November and the film has been touring since March, so it’s very exhausting. At the same time, I decided to do this and now it’s my mission. I think it’s important to follow the film, it’s part of the work as a director. If you aren’t exhausted, you didn’t do the best you could. But overall, I feel well and happy to be able to say something, to be able to participate in the debate surrounding these issues. 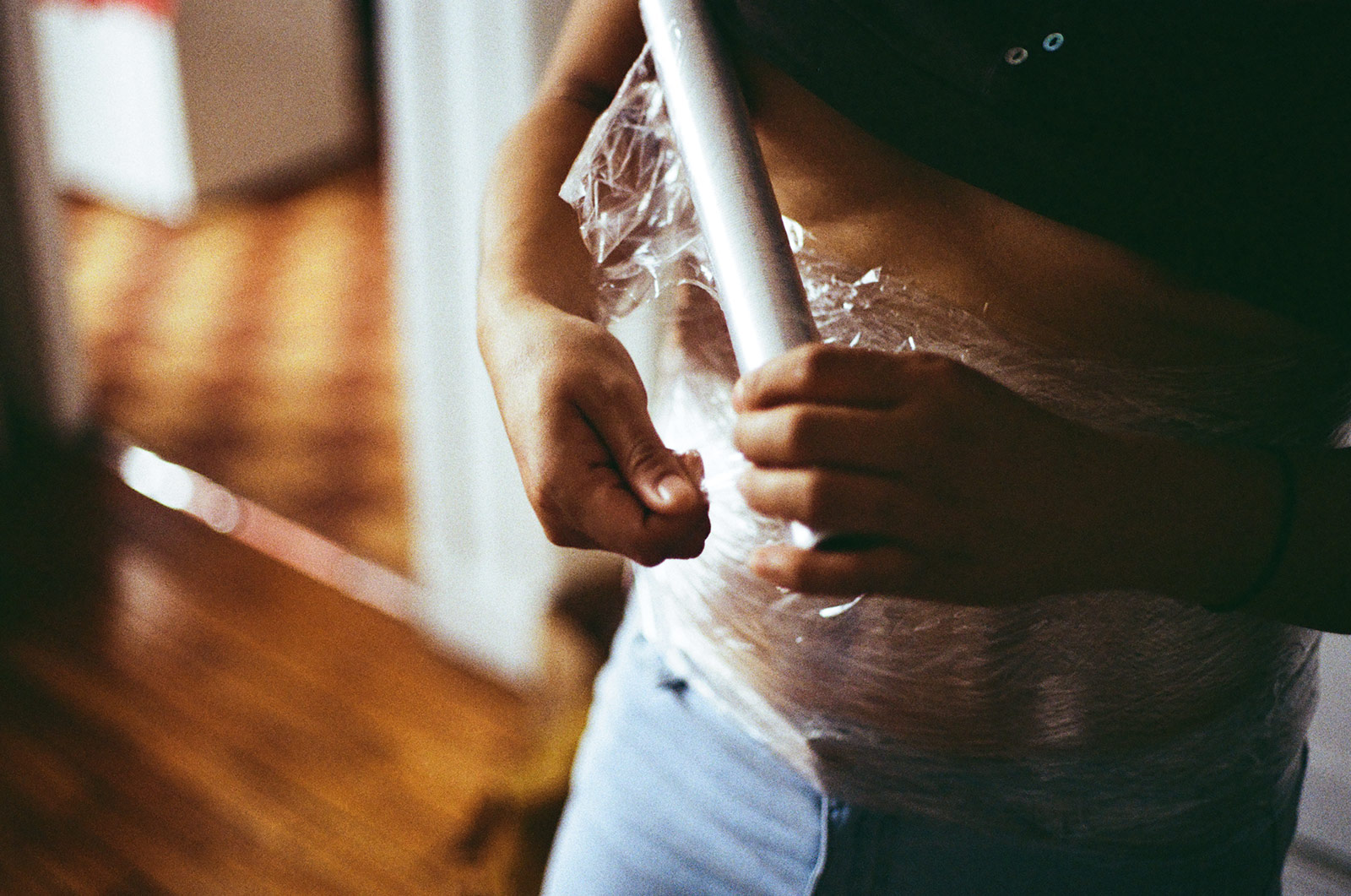 The film shows how the protagonist has to constantly face rejection because of her identity as a trans person and, later, also as a refugee. Did you ever feel that the same thing would happen to the film? Are you surprised by the welcome of the public and the awards it has won?
No, I’m not surprised. But when you’re in the theatre with the surrounding sound and in the darkness, you feel something is happening. It’s a sort of revelation that happens when you’re there (and not when you’re watching the film at home on the screen of a small laptop). I wouldn’t say I’m surprised about the reaction because I am part of it; I am connected to the audience through the screening, so the screening becomes a moment of sharing, a collective phenomenon. I think the moment of screening is the most essential aspect of cinema. Making cinema is one thing and being in the cinema is another one.
Looking into the future, what are your goals for the film? And for yourself?
I made the first two films of the trilogy about the same character because I wanted to go beyond, I wanted to go more in-depth. It’s not a sequel nor a second chapter, it’s something else. For us, makers and crafters, it wasn’t enough. I think you want more from the character – and in this regard, I feel documentary and fiction are very close. So maybe I’ll do the same. The trilogy is complete, but at the same time, maybe I do another film starring Pepsi – it’s actually a promise I made to her and a promise she made to her family in the Philippines.
At the same time, I have other ideas. I want to rest a bit, maybe for a few years. And write more! Have a stable life instead of this nomadic rhythm I’ve been living for the past twenty years when I was very young. A friend of mine used to say, ‘either you live or you write’. I know it’s not true, it’s just a provocation, but think about it… 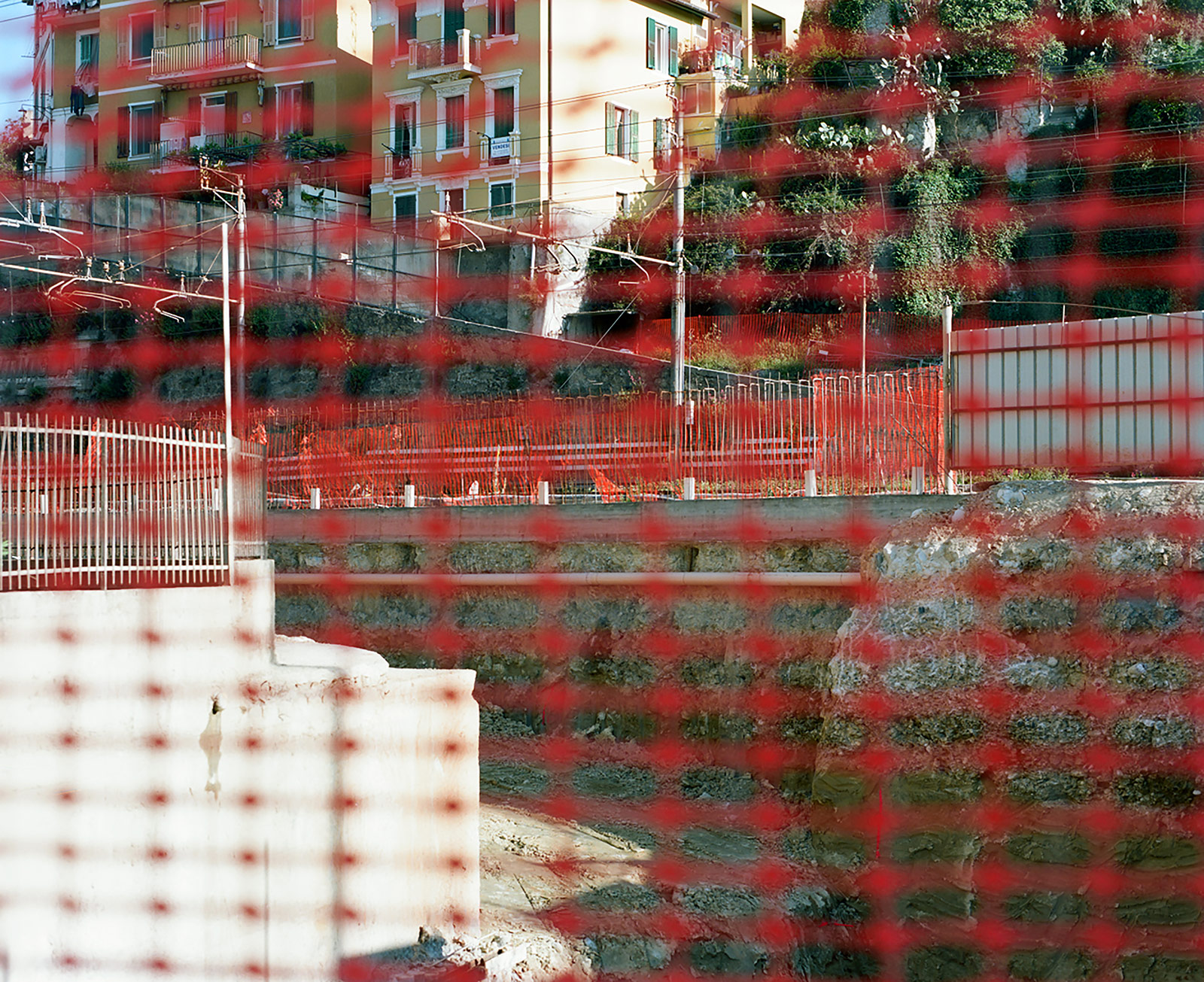 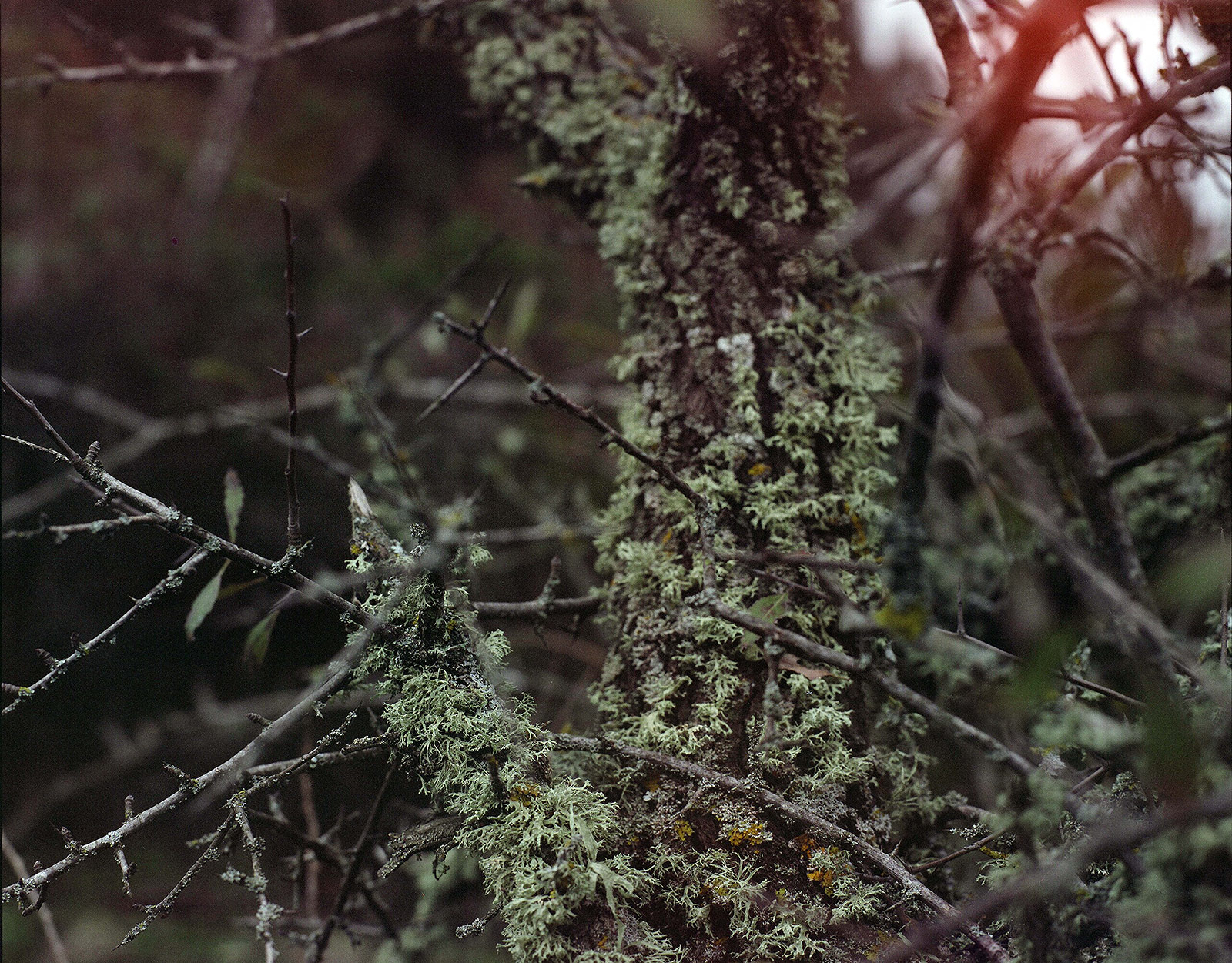 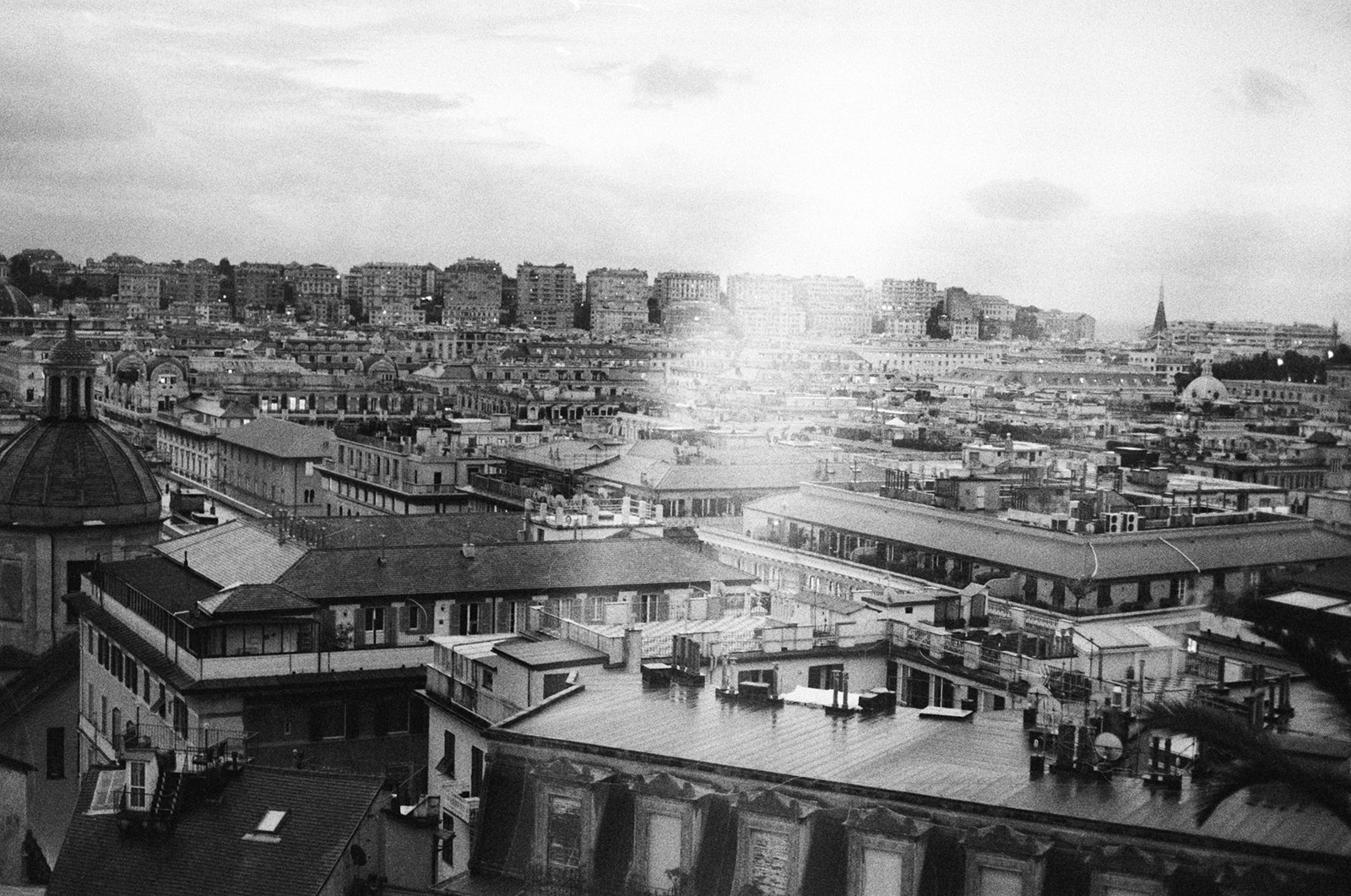 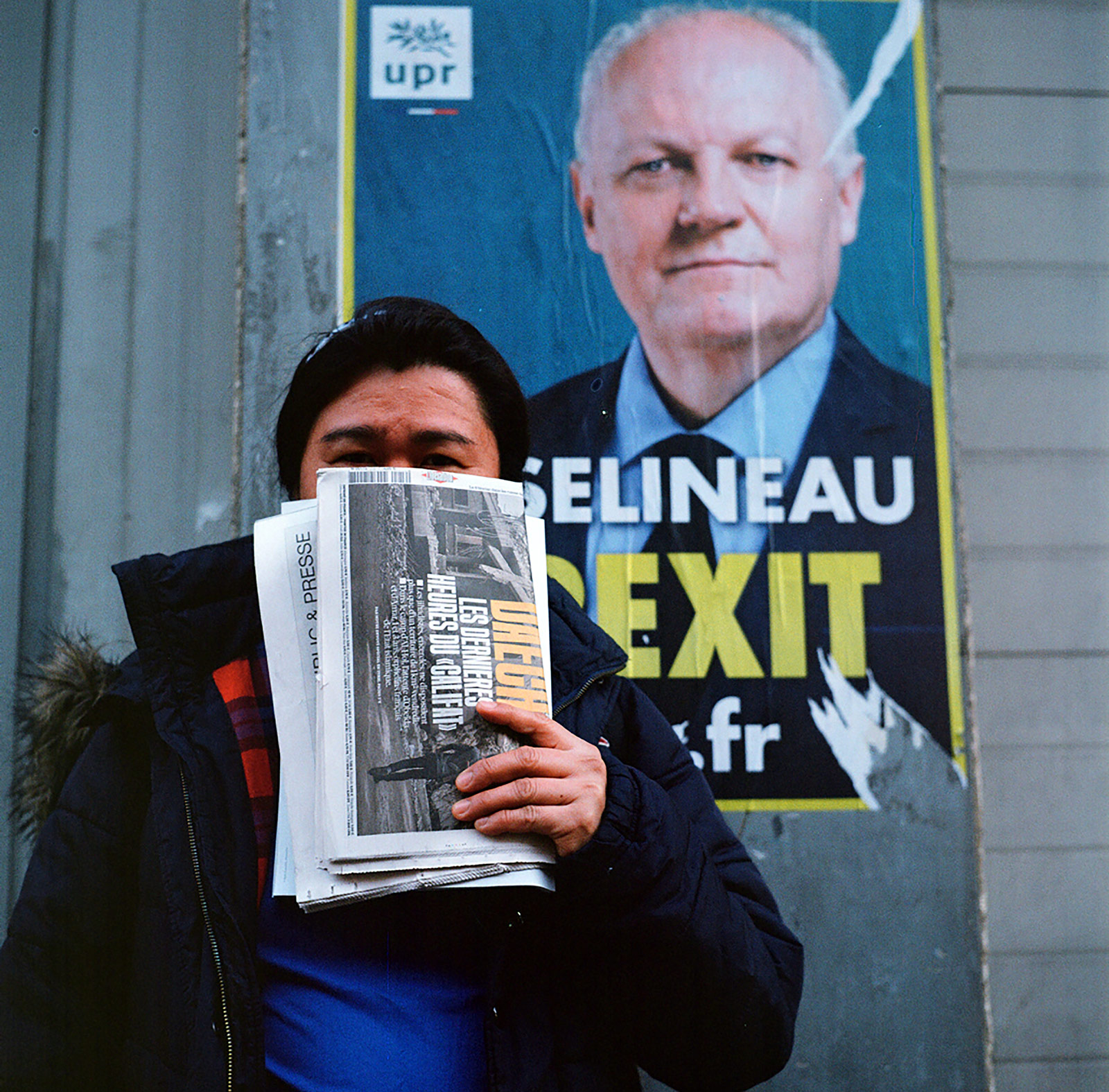