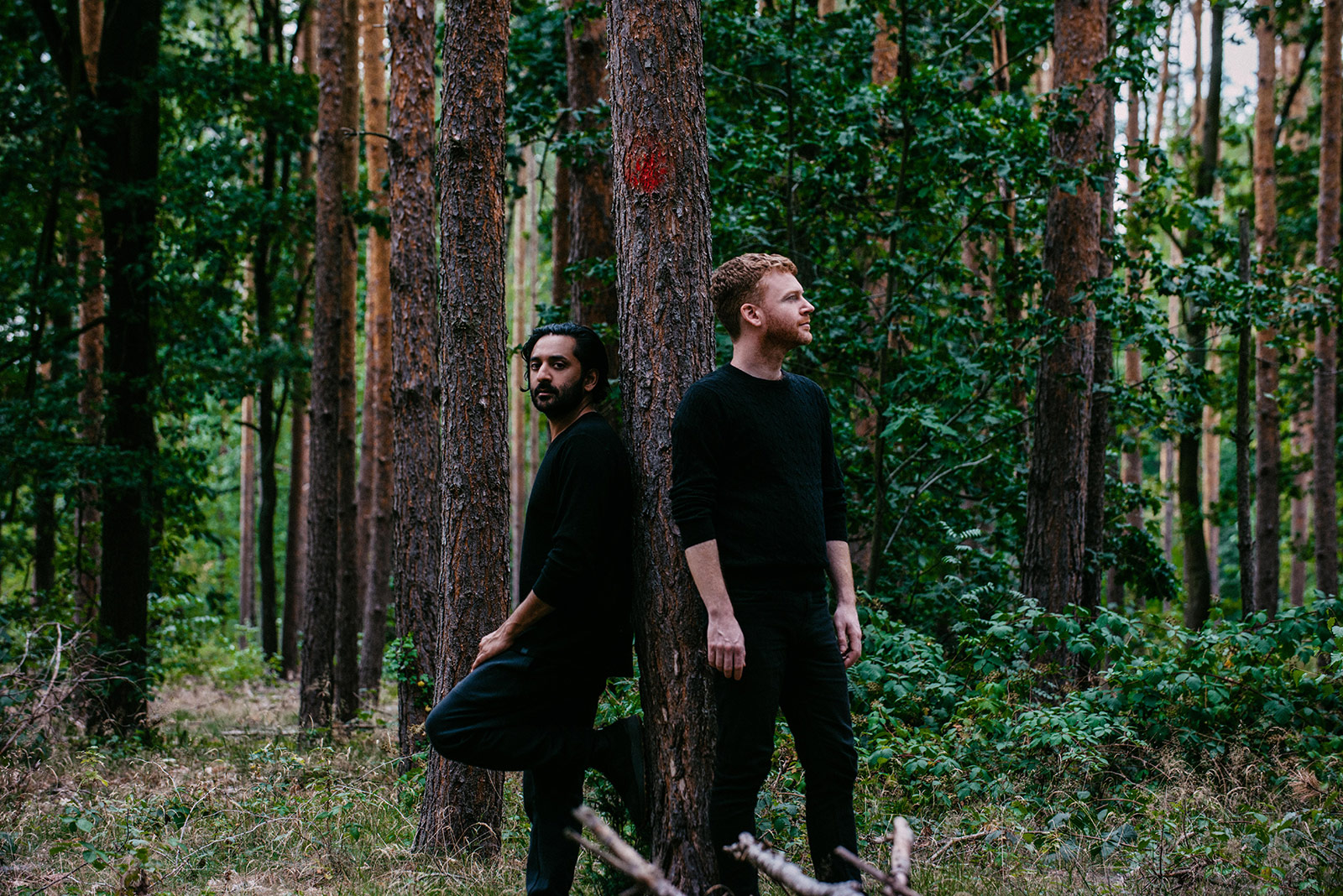 The conflict of man vs machine is as old as humankind. However, the increasingly accelerated technologic advancements of the last decade have put the topic at the forefront of the public debate. Will artificial intelligence softwares replace human brains? Will virtual reality take over tangible reality? We don’t know yet. In the meantime, some people are deciding to work ‘hand in hand’ with them, like British duo Emptyset.
James Ginzburg and Paul Purgas released Blossoms earlier this year, an album that, as they explain, “was generated entirely from the output of a neuronal network-based artificial intelligence system”. After training the software with hours of improvised recordings as well as old tracks of themselves, the system generated multiple sounds that, thanks to Emptyset’s human action and touch, have become ten songs – whose titles, just like the album’s, are related to nature and flowers: Petal, Pollen, Bloom or Filament, among others. AS they explain, “the record itself is a biomimetic phenomenon. A machine enacting a biological process in an entirely synthetic way.” Today we speak with them about the future of music and technology, the challenges of performing live an AI-created album, and what keeps them excited about the future.

After taking part in festivals such as LEV and Unsound, known for their very well-curated line-up of avant-garde artists, I’m curious to know how do you face the challenge of performing live the songs that a software has created.
This has been one of the biggest challenges of manifesting this record live as much of the software requires significant amounts of computing power and rendering time that is at present not possible to achieve in real-time. Though the machine itself produced the sonic output and we structured and arranged these into tracks, so with this method, the act of performing this live could still be determined in the areas of live arrangement and dynamics shaping/effects as we have worked before. We are currently keeping our ear to the ground for new developments in real-time neural network systems as once this technology becomes accessible, it would be an exciting element to start to explore within a live context.
The entire album has a floral theme going on: its title is Blossoms and the songs also have names like Petal, Bloom, Bulb, Stem or Pollen. Do you draw any parallelism between the birth/blossoming of flowers and the birth/blossoming of new technologies and softwares? Is it a way to reconcile the natural world with technology?
The thematic approach of the album is making a direct link to nature and biological processes, but equally, the record itself is a biomimetic phenomenon. A machine enacting a biological process in an entirely synthetic way. It’s behaviour at times even mirroring the developmental behaviour of cognition and understanding that seems familiar from animals and humans. The premise of growth, development and expansion are processes that reflect across nature and technology, so we wanted to acknowledge that whilst likewise, it being very apparent that these obscure and abstracted sonics certainly didn’t feel natural or organic in origin. So there was a certain play on this territory of harmony and contradiction within this approach to titling.
Cutting-edge, avant-garde, pioneering; your work is always at the forefront of musical creation, and year after year, you keep pushing the boundaries further. What keeps you going? And what are some of the most exciting technologies/devices/softwares you’re working with or exploring right now?
We enjoy the process of learning and applying that learning to creating work. The fascination with whatever it is we are working on or with is the primary engine of pushing the project forward. That is often incremental – we made this album because we had an idea; if we didn’t, we would leave things to fallow until we did. A sense of urgency and curiosity is what drives us to make work.
At the moment, most of our focus is the continuing development of the live version of Blossoms, but in terms of future work, we will see what new ideas appear in the next years. We are not technologists – we work with old media as much as new ones –; it’s more a question of whether something – a concept, principle or technology – creates the possibility of expanding on the work we have already done and creates a potentially inspiring voice for our methodology.
In addition to this release, you’ve been working quite a lot individually: curating festivals, giving conferences and participating in talks, releasing solo works, writing for books, running record labels, etc. So, when you’re not working – does that happen at all? –, what do you like to do in your free time? Being so involved in the creative and artistic fields, is there any other skill that remains unknown to the public, like cooking or gardening?
We are both working on many projects simultaneously, but the majority of these in reality function around spending time with people we like and enjoy collaborating with. We also share a common recreational interest in watching supernatural films, making curry and hanging out with a cat called Parsnip.