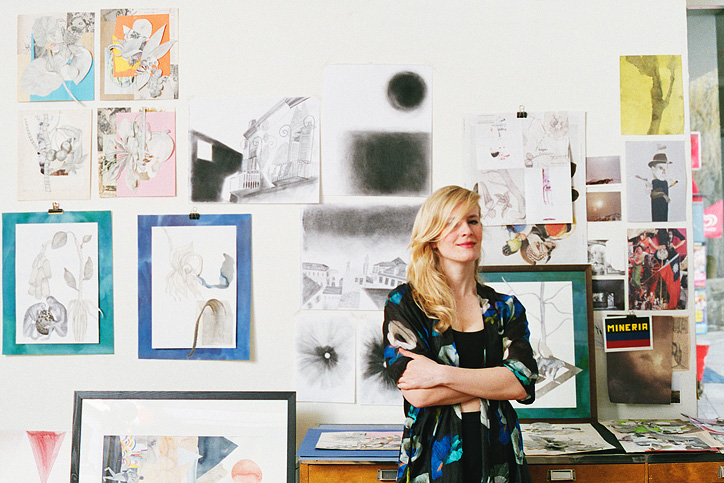 Swedish artist and illustrator, Emma Löfström, uses collage to create a psychedelic fairy-tale world full of darkness, mystique and whimsical characters. Every illustration tells a surreal and illusive story of some magical realm deep within her subconscious. Take a walk into the woods of her imagination…

Tell us a bit about yourself.

I’m a Swedish artist and image-maker, working with drawing and collage. Whilst exploring the multi-layered human condition, my images drift between abstraction and figuration, past and present, facts and fiction.

When did you first discover your love for illustration?

I loved drawing since I was very young and I never stopped. I also use other mediums, moving image is one example, and I’m currently working on a short film where I’m using hand drawn elements and animating everything in After Effects. When I spend too much time in front of a computer rather than hands on paper, I get very bored and loose my creativity. So I use drawing to come up with ideas, to enter my own universe.

You studied at both the Royal College of Art and Central Saint Martins, two of the world’s most renowned art colleges. How would you describe your style as an illustrator and how do you feel this education has influenced it?

Studying in London was great. Working with people from all over the world means there’s constant inspiration and a lot of energy going around. I would probably say the courses are very non-commercial: your personal work and ideas are very much encouraged, rather than just building a portfolio fit for the illustration market. I’m very happy now that I used those years developing my creative ideas and critical thinking, rather than making pretty colourful images. When I graduated I had a portfolio full of dark images and stories, thinking ‘how am I ever going to make a living out of this?’ But in the end you find your way.

Stockholm and London are two cities booming with creative talent and artistic inspiration. To you, how do they both differ in terms of creativity?

The two places both inspire me, but in very different ways. London is a very energetic place. There’s so much going on: exhibitions, screenings, the diversity and unexpected happenings of everyday life. It is very inspiring, but it can also be tiring. Stockholm is tranquil, I do miss the buzz of London when I’m in Stockholm, but I find it easier to focus on my work. Also the proximity to the woods and the water is important to me. My studio is situated on an island, so I’m literally surrounded by water and little boats and bridges. It’s all very idyllic.

Your work has a strong sense of storytelling. From where do you draw inspiration? Are there any fictitious worlds that especially inspire you?

I’ve been fortunate to work with many great authors to begin with; I’ve illustrated book covers for writers such as Sylvia Plath and Karen Russell. Reading and interpreting literature is something I really enjoy. I’ve worked on the set design for Laura Ruohonen’s play ‘An Island Far From Here’, and it was interesting seeing the script coming alive with all the different elements interacting: sound, projections, costumes, actors and the audience.
Even when I create images for a fashion magazine for example, I build a little story around the subject to add complexity and avoid the all-too-often flat representation of women in fashion.
I wrote my thesis at Central Saint Martins on dystopian/utopian literature, a subject that continues to interest me. And most of my images relate to a piece of text that I have read that triggered a thought or an idea. I suppose image making and story telling are closely related in the way that you access your subconscious and interpret the world from a very personal perspective. I grew up next to the woods, and spent a lot of time building tree huts and re-enacting the more dramatic stories of C. S. Lewis and Astrid Lindgren. I’m not sure to what extent these stories inspire me to this day, but I do believe in fiction as an important way to express deeper psychological and contemporary issues.

Within your work you can see a blend of pencil, watercolour and collage, creating different levels of colour and depth. What do you like about the different methods and the way in which they harmonise in an almost disjointed way?

I love working with graphite, it is a very time-consuming and almost meditative process. I add elements of watercolour and ink, which is a much more spontaneous and immediate process where you are leaving the outcome to chance. Cutting and pasting, well, it is a nice way to explore compositions and let the ideas grow whilst you work.

Your collage-work involves cutting different shapes and images and arranging them in interesting ways. With pen and paper becoming increasingly obsolete in this digital age, what does working with these tools in such a way mean to you?

I like to work with hand-rendered, detailed and layered graphite drawing as a contrast to the speed culture we’re currently experiencing, and my work is reflecting over the drawing medium at a time when we have become so used to seeing, making and distributing thousands of images.
I find that drawing is such an important way to communicate, crossing barriers of languages and culture. At a time when communication in Western Europe is becoming increasingly based on text and fast vision, the direct engagement with the material is linking thought and action, and opens up for new ways to think and start conversations.

In what sort of environment do you feel you are at your most creative?

I love travelling, keeping journals and sketchbooks along the way. Last year I spent four months in South America. I did two artist residencies: at Residencia en la Tierra in the Andes and at Lugar a Dudas in Cali, Colombia. I love gathering impressions and inspiration in that way, but processing the impressions takes a long time for me, and I like to withdraw into the tranquillity of my studio on an island in Stockholm. I feel most comfortable surrounded by piles of books, paper, cutouts and a general mess.

Who are your favourite artists and illustrators?

I do not have specific artists or illustrators I tend to look at for inspiration, but I’m trying to be active and open and always receptive to new influences and ideas. Some recent exhibitions that really inspired me were the Marlene Dumas show at Tate Modern, and João Maria Gusmão + Pedro Paiva at the Camden Arts Centre. Not so much in the mediums that they work, but more the themes they are exploring through their work. I also love the Chisendale Gallery in London, and they have put on some great shows lately with artists such as Camille Henrot. I really enjoyed the exhibition City Walks that is currently on show at Bonniers Konsthall in Stockholm, especially the piece Drawings for Projection by William Kentridge.

What interests you outside of illustration?

Inevitably, as a creative person, your life is integrated with your work, and there are so many things that interest me: psychology, cinema, music, biology, anthropology, and literature just to mention a few.
During my recent travels in South America I was amazed by the extraordinary biodiversity and the exotic flora and fauna. I spent a lot of time making observations and drawings in the field, which led me to work on an on-going project where I reconsider the relationship between natural and human history, exploring how human impact is causing changes in the environment. Imagining new ways to co-exist, I’m playing with ideas of trans-species solidarity, multi-sexual beings and unconventional ways of becoming. Envisioning a post-anthropocentric era, where we find ourselves confronted with a multiplicity of structures and a blurring of boundaries, I’m playing with alternative ideas of how nature and culture will take on new and unexpected forms in the future.
For Ministry of Love, an exhibition in collaboration with Irene Fuga shown at Yinka Shonibare MBE’s Guest Projects, we used drawing as a method of investigating human behaviour and contemporary culture in relation to the Internet and social media. In my collages I investigate the idea of technology as a second nature, a complex and self-generating system, where the human being takes on a passive role. The work was inspired by the timeless dystopian fiction by George Orwell and Aldous Huxley. Their ideas seem ever present in the contemporary debate touching on the integrity of the individual.

I’m looking forward to an upcoming group exhibition at Onassis Cultural Centre in Athens. I will be showing some large-scale drawings in combination with a moving image piece. I’m currently finishing the last touches. The project is an exhibition curated by Double Decker, the title is Strange Cities and the artists involved were asked to respond to a collection of sounds and texts based on Athens. No visual research was allowed. My piece is titled Cicadian Visions, in which I’m exploring the idea of Athens from a new perspective.
I’m also looking forward to the IASPIS residency programme for which I have been selected to take part at The White Building in London, starting this September.
Parallel to my independent artistic practice, I work on book covers, set designs and editorial illustration. I’ve recently completed commissions for Kulturhuset City Theatre, London Fashion Week, The Royal Dramatic Theatre (Stockholm) and University of the Arts London. 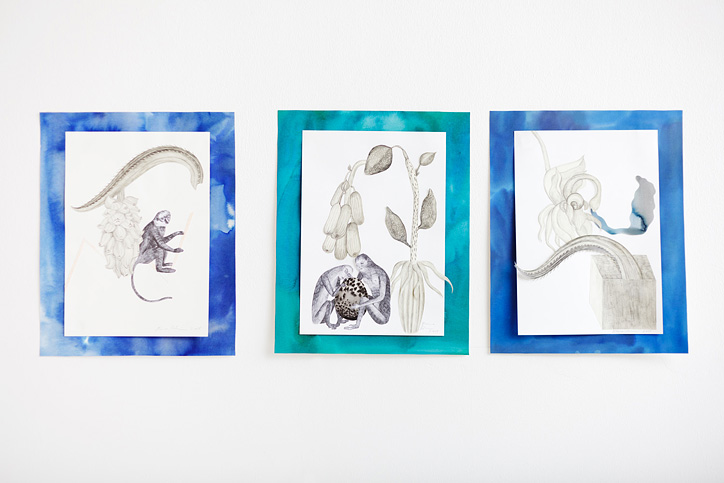 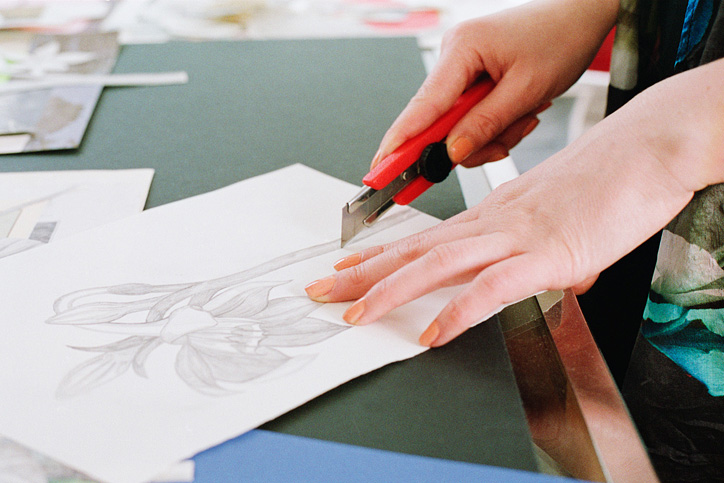 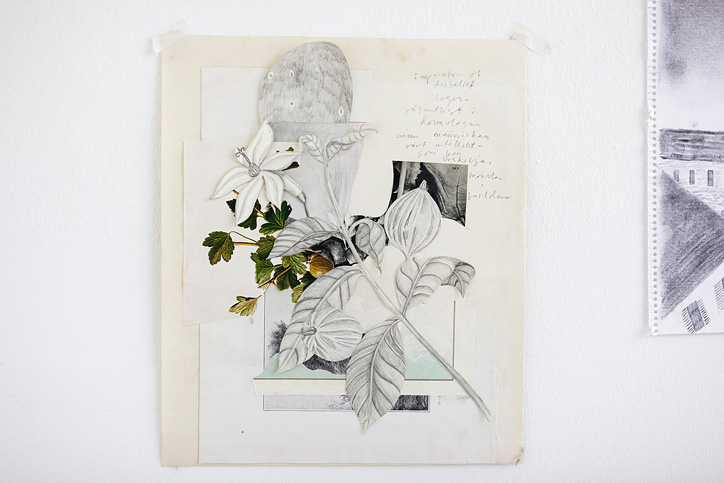 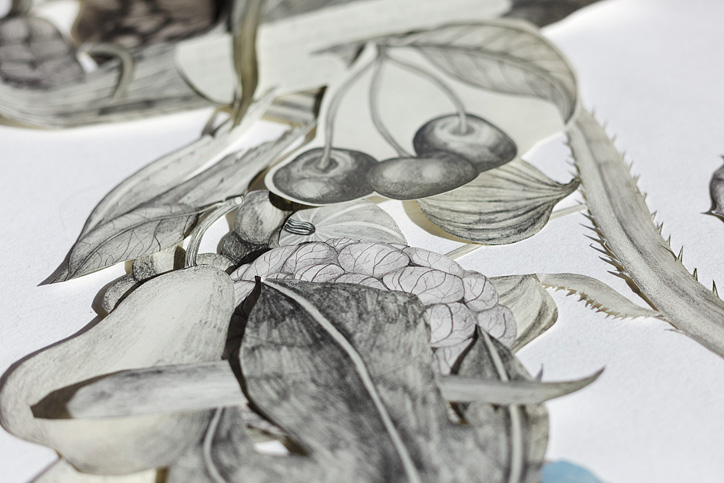 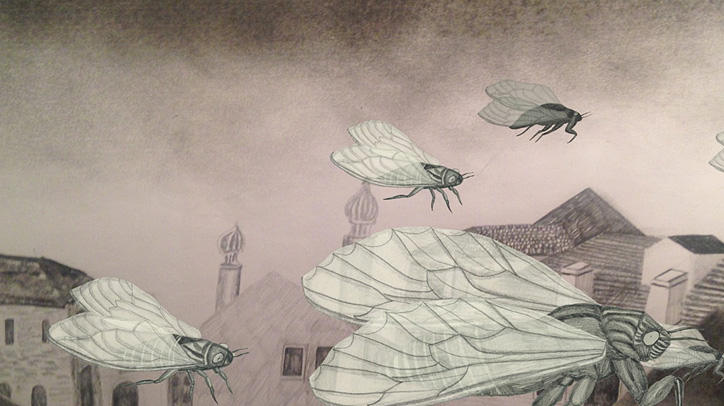 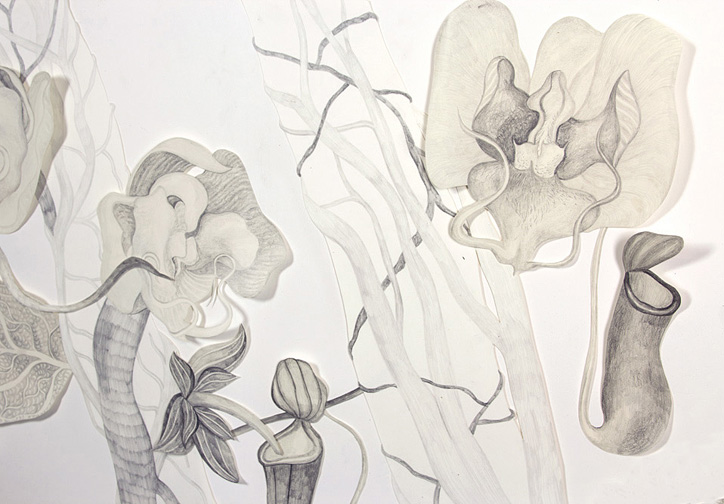 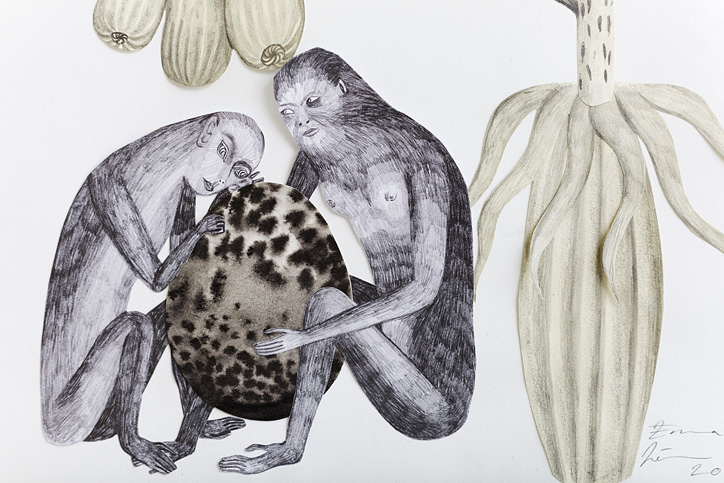 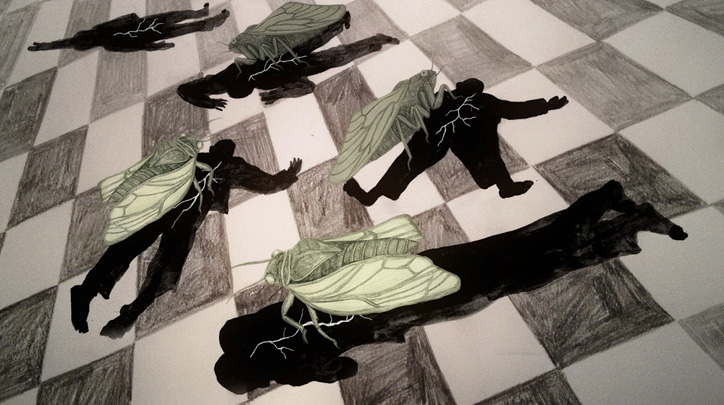 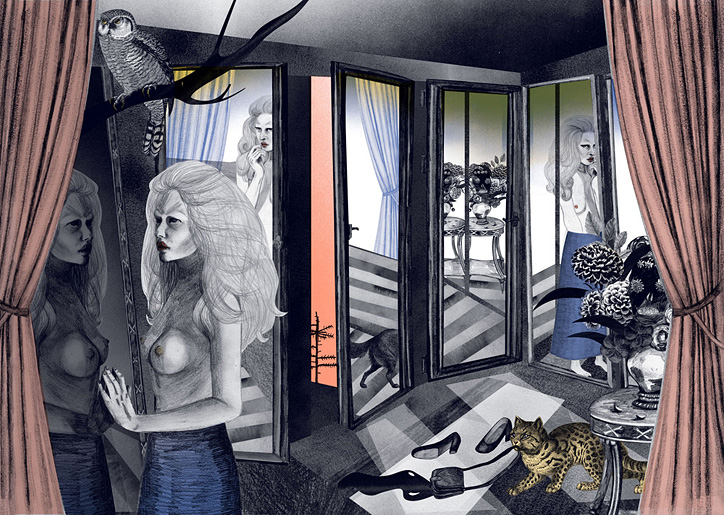 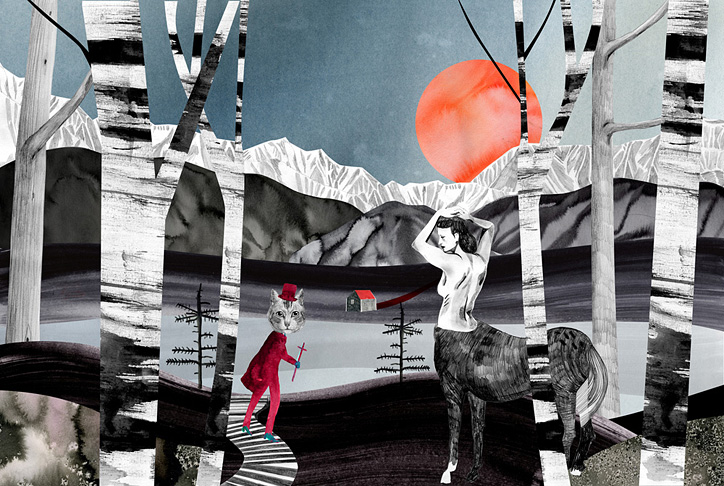 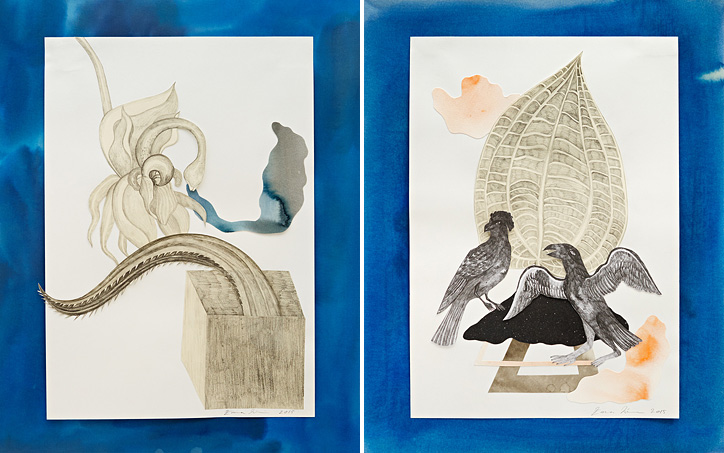 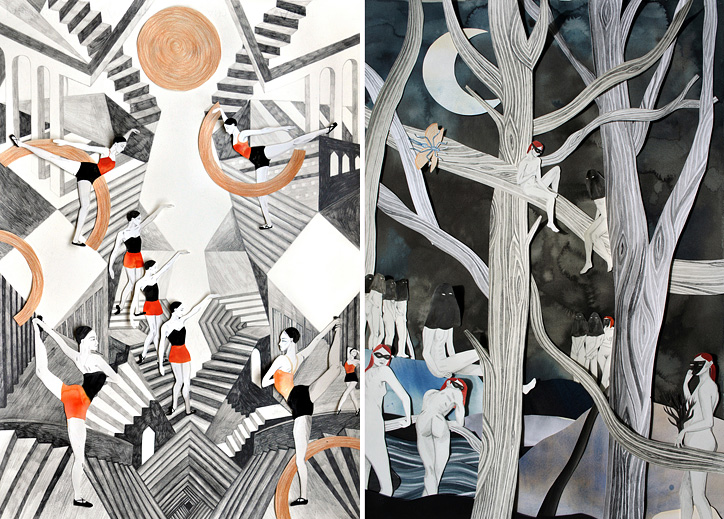 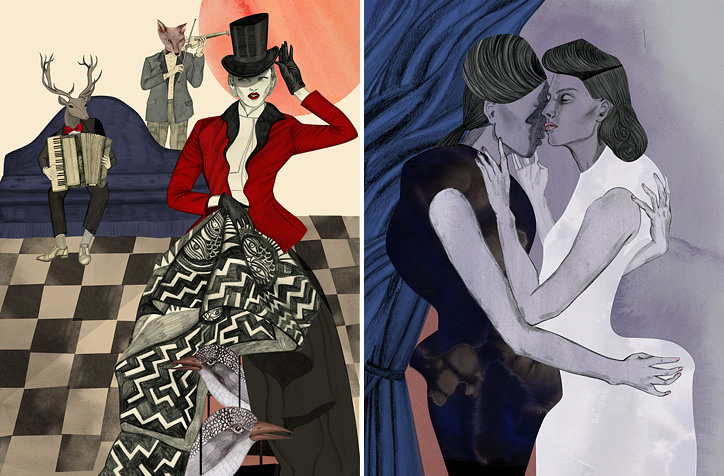 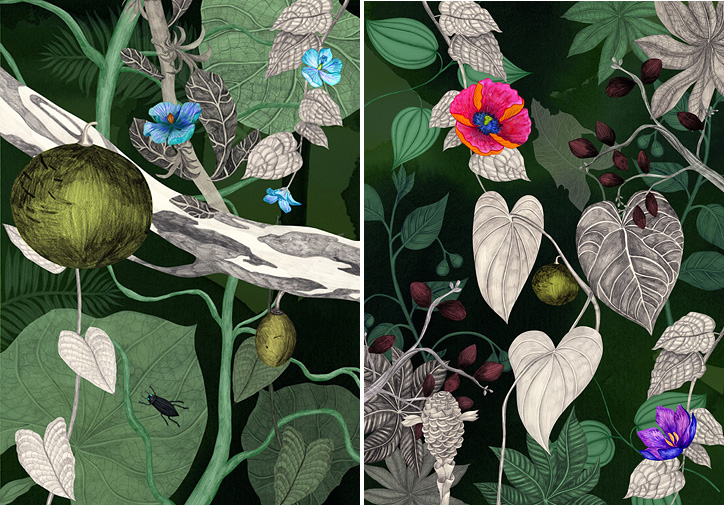 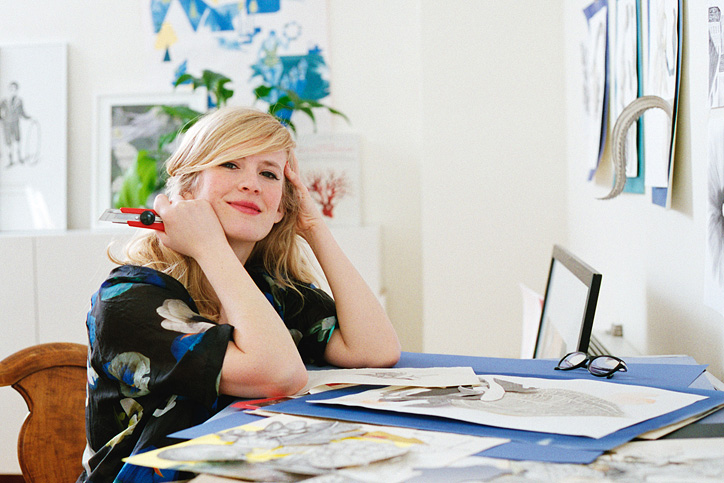