Between religion and secularism 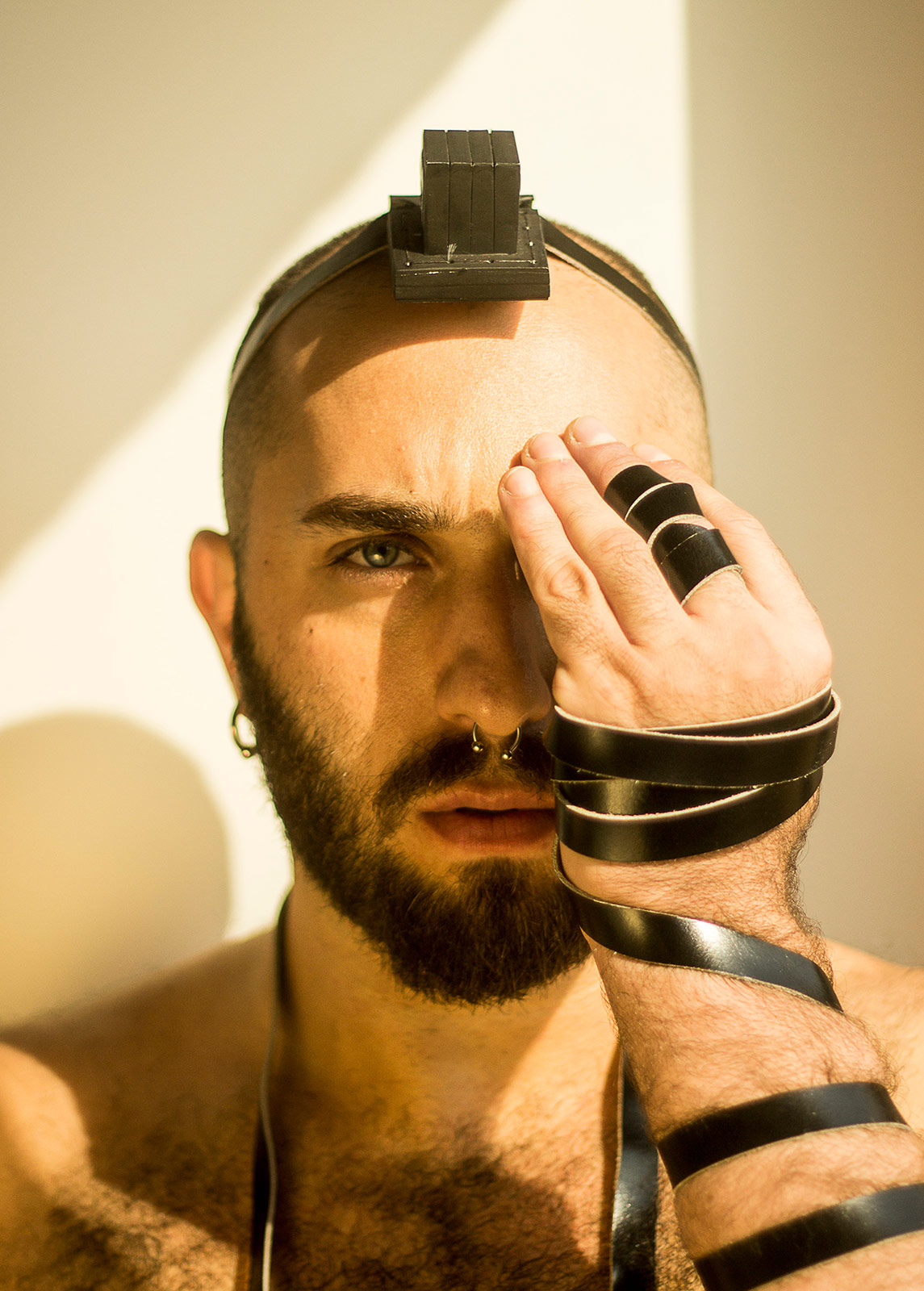 Tel Aviv-based Eliran Nargassi got into fashion design in 2013 when he launched his eponymous label, which since then has kept growing and gaining followers around the world. Despite growing up in a Jewish religious family, he is now enjoying a secular lifestyle, which he tries to communicate through his collection – in hich he combines religion, secularism and BDSM.
Firstly, please tell us who Eliran Nargassi is.
I am thirty-two years old, born in Jerusalem to a Jewish religious family and now living a secular lifestyle with my partner in Tel Aviv. I dedicate most of my time to the brand, and whenever I have some free time I like to travel across the country and take photographs as a hobby. I try to keep my personal life to myself, but sometimes it’s difficult in today’s social media times.
How, when and why did you get into fashion design?
Since my childhood I found myself defining what I was drawn to aesthetically in so many aspects, whether it was clothing, or art and design. Upon finishing the army service, I was hesitating between majoring in fashion or graphic design, so I enrolled in both departments – I was accepted by both, so I had to make a decision, and fashion felt like the most natural place to me.
Shortly after graduating from Shenkar College of Engineering and Design, I was hired by one of Israel’s major commercial fashion retailers, and at the same time was also invited to take part in an exhibition that dealt with defining aesthetics. But eventually, the exhibition was cancelled. I realised that working for a major fashion brand would hold me back when it came to expressing my creativity and myself, so I decided to quit.
Although the exhibition was cancelled, I was so blown away by the idea and the concept of the piece I was about to exhibit, that I decided to keep developing it and found myself designing a small capsule collection. I wanted to check the reactions it might get from the industry. I guess I had a good intuition about it, because at that time, I felt there was a revival happening in menswear.
Could you speak about menswear in Israel? Is the industry well developed?
Overall, Israel is a small country so the independent fashion scene is quite small – but developing. Still, when it comes to menswear, you can count the independent designers with two hands, while in womenswear, the field is broader and counts with many great talents in Tel Aviv. I greatly respect the amazing job they’re doing.
Due to its Mediterranean climate, Israelis would mostly go for comfortable clothing but with a touch of style. There is no government funding to support young designers – like in most European countries – but there are some other programs handing grants and financial awards along with a one-year mentoring by an established designer, and also a chance to exhibit at Tel Aviv fashion week. Last year, I was one of the eight designers to receive that award. 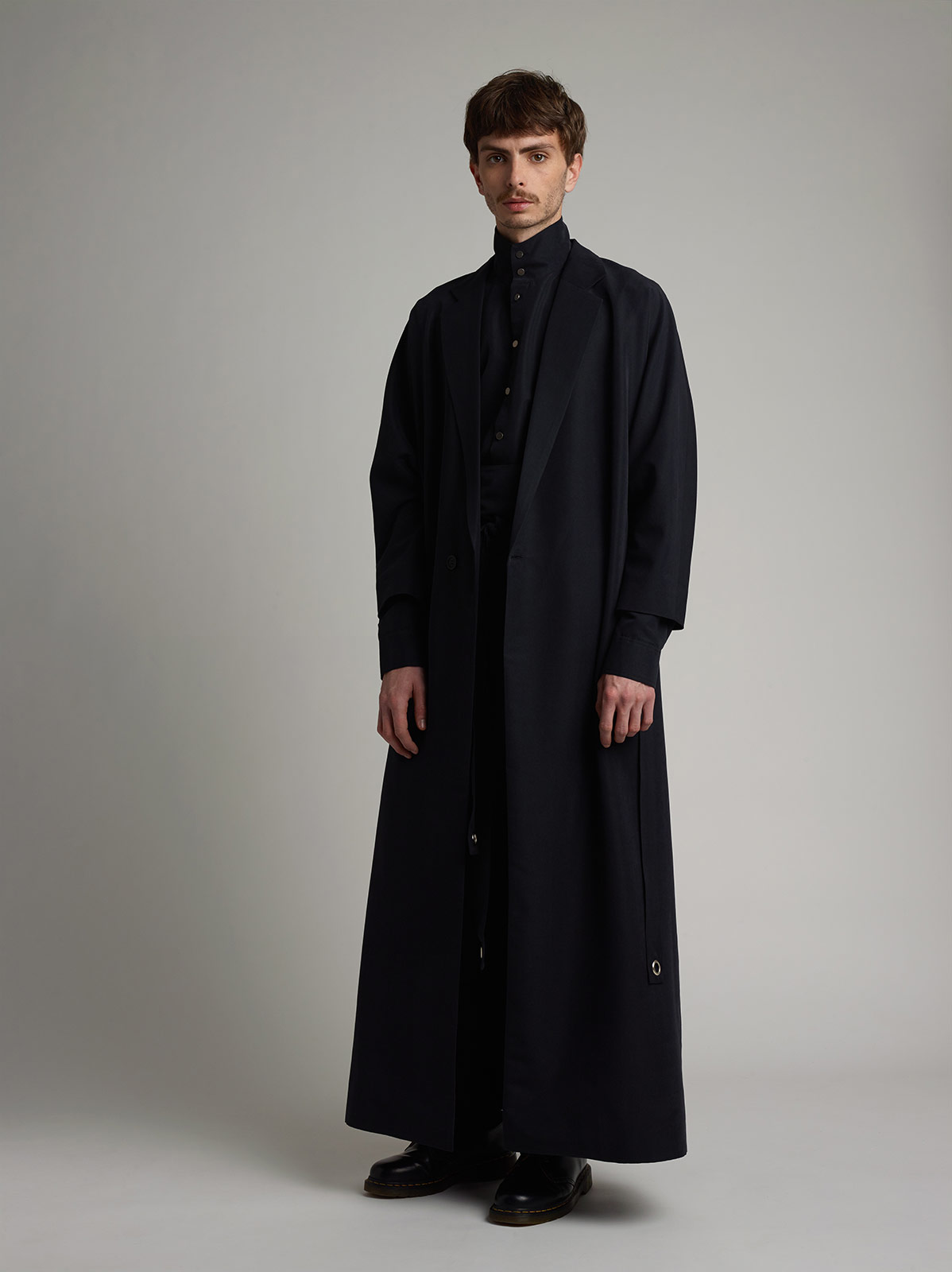 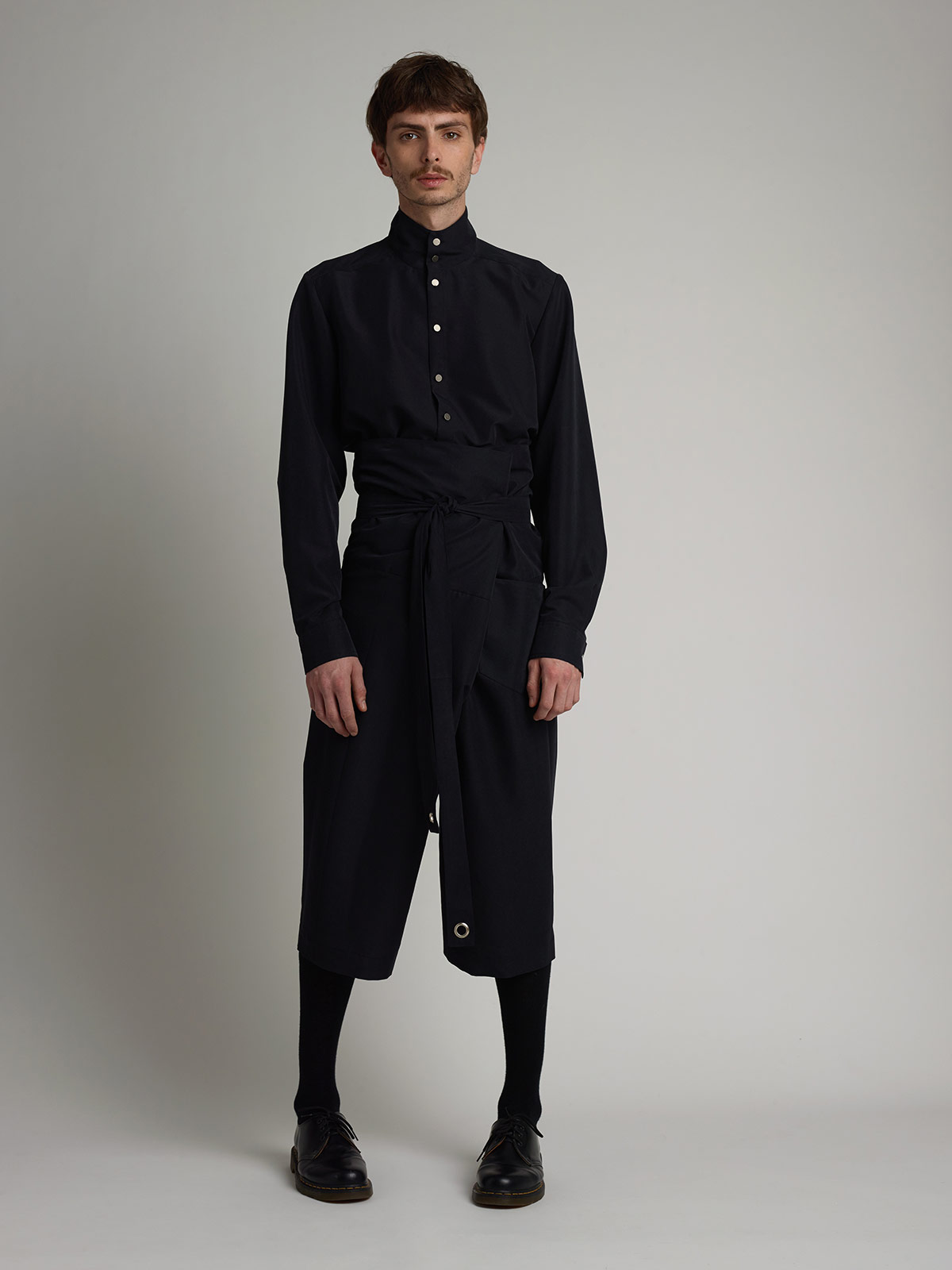 I’ve read that your label aims to explore religion, secularism and BDSM. How do you combine all these elements? Are these subjects part of what influences you to create clothes?
I try to express the things that assemble me as a person, the things that interest me, and personal/mental experiences I’ve gone through. I strive to create and redefine what manhood means to me – gender issues and how these may be perceived by the wearer, my customer. All this results in a hybrid of commercial design, which is not led by seasonal trends and has precise additions of conceptual elements.
You come from a Jewish family and live in Israel. Do you consider your designs to be a representation of your cultural/identity heritage? If so, in what ways are you conveying your cultural values through your collections?
I would say my designs have Jewish features since much of my inspiration derives from Judaism. I come from a Jewish-observant background, and though not orthodox, it was based on Jewish values. Towards puberty, when I was discovering my sexual orientation, I started questioning my beliefs and myself. I knew the obvious prohibitions and knew it couldn't go hand in hand with who I was becoming. Today, I find it possible for a person to be religious and lead a gay lifestyle. When designing, I try to show the differences between these two worlds but also the harmony and homogeneity between them.
Israel is a melting pot; a country that was established by immigrants from all over the world, and each one of them brought their own traditions. It also has many religions – Judaism, Islam, Christianity and more, and as a result, religion is always on the agenda, especially when it comes to Jerusalem and other holy sites. On the other hand, dealing with religion is very individual and personal, a person who was raised as secular or atheist won't deal with religion, there's a place for everyone here – both religious and secular.
Your garments often feature minimalistic, monochrome, geometrical and sophisticated designs and shapes. How would you describe your style? And who wears your clothes?
I would describe my style as modern, minimalist, graphic and trendless. My colour palette is usually monochrome or contrasted. The man who wears Eliran Nargassi is usually between the ages of twenty to forty-five, usually looking for a way to express himself through garments; he is not afraid to stand out and tries to stay away from commercial brands.

“Today, I find it possible for a person to be religious and lead a gay lifestyle. When designing, I try to show the differences between these two worlds but also the harmony and homogeneity between them.”
Tell us more about the current collection we can find on your webpage to make this Fall/Winter 2017 warmer and more fashionable.
The starting point for my Fall/Winter 2017 collection is the marvel and simplicity of human anatomy. It traces the contours of the human body, turning it into graphic lines symmetrically following its shape along the clavicle, the shoulders, following the arms and down to the legs, while keeping an emphasis on the body's centre. The tracing assignment is done using classic inner finishes such as contrast satin bindings – commonly used in traditional tailoring – but sewn on the exterior of the garment. The collection features mostly natural fabrics such as cotton, wool and silk in a colour palette of black, white, navy and light gray tones.
Looking some months back, the Spring/Summer 2017 collection was a bit different, insofar that we could find more colours, and also different fabrics and shapes. Even your lookbook included a green grass background. Why was this collection so different from the others?
As a designer, sometimes I take risks. I had the desire to work with different materials such as denim and a new colour palette, which is not typical for me. Although I’m pretty confident about the brand’s DNA, the Spring/Summer 2017 collection was a try to develop and upgrade it, so it felt natural to create something different or not typical for me.
According to you, have the models an important role in your campaigns? How do you select them? What is the atmosphere behind these castings?
Models are extremely important to the campaign. I usually choose the model according to the inspiration of the current campaign, the colour palette I’m using and the proportions or silhouettes of the pieces. I usually seek for non-boyish models, but one who has a mature or grown-up look with depth to his eyes. 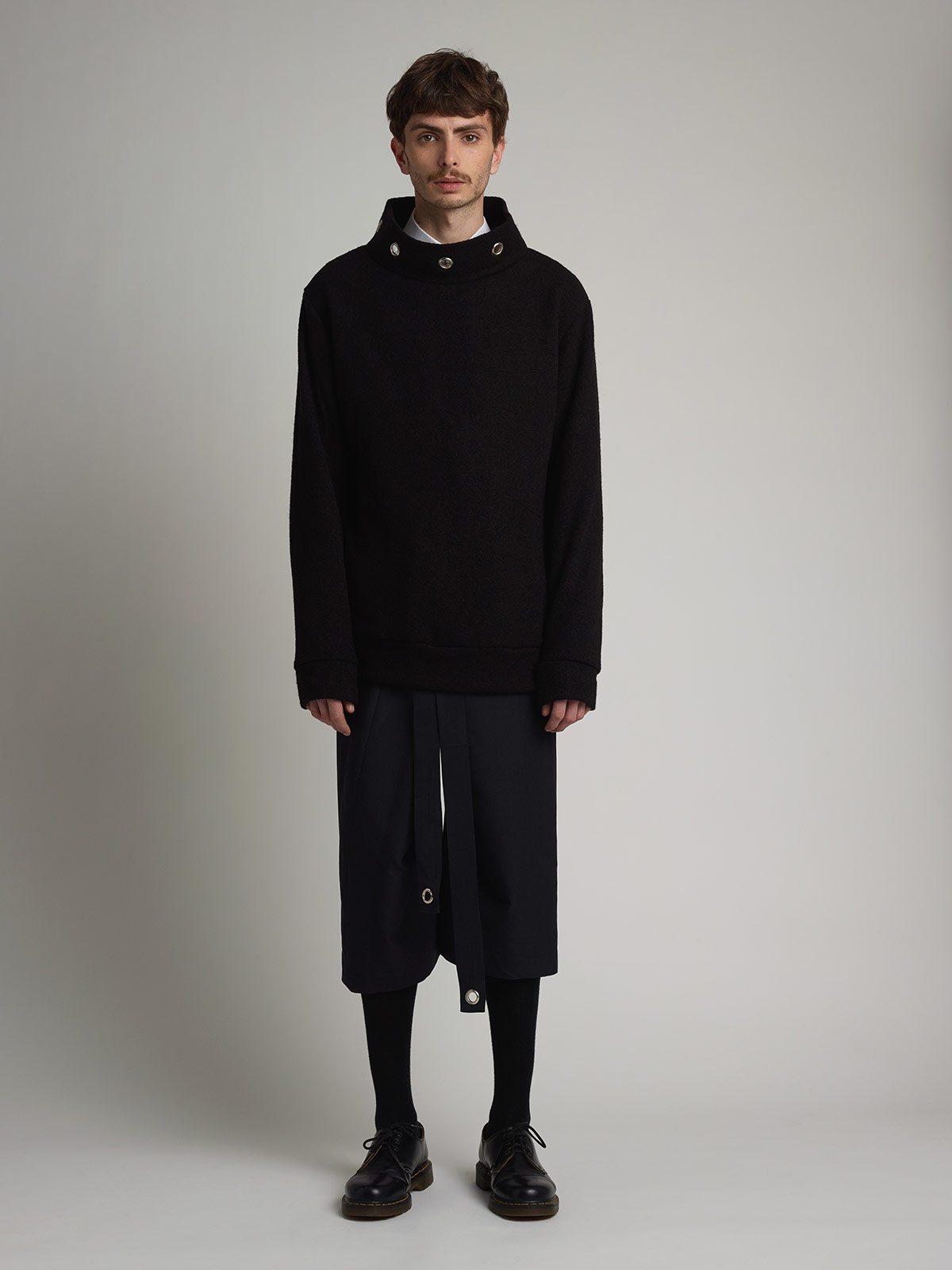 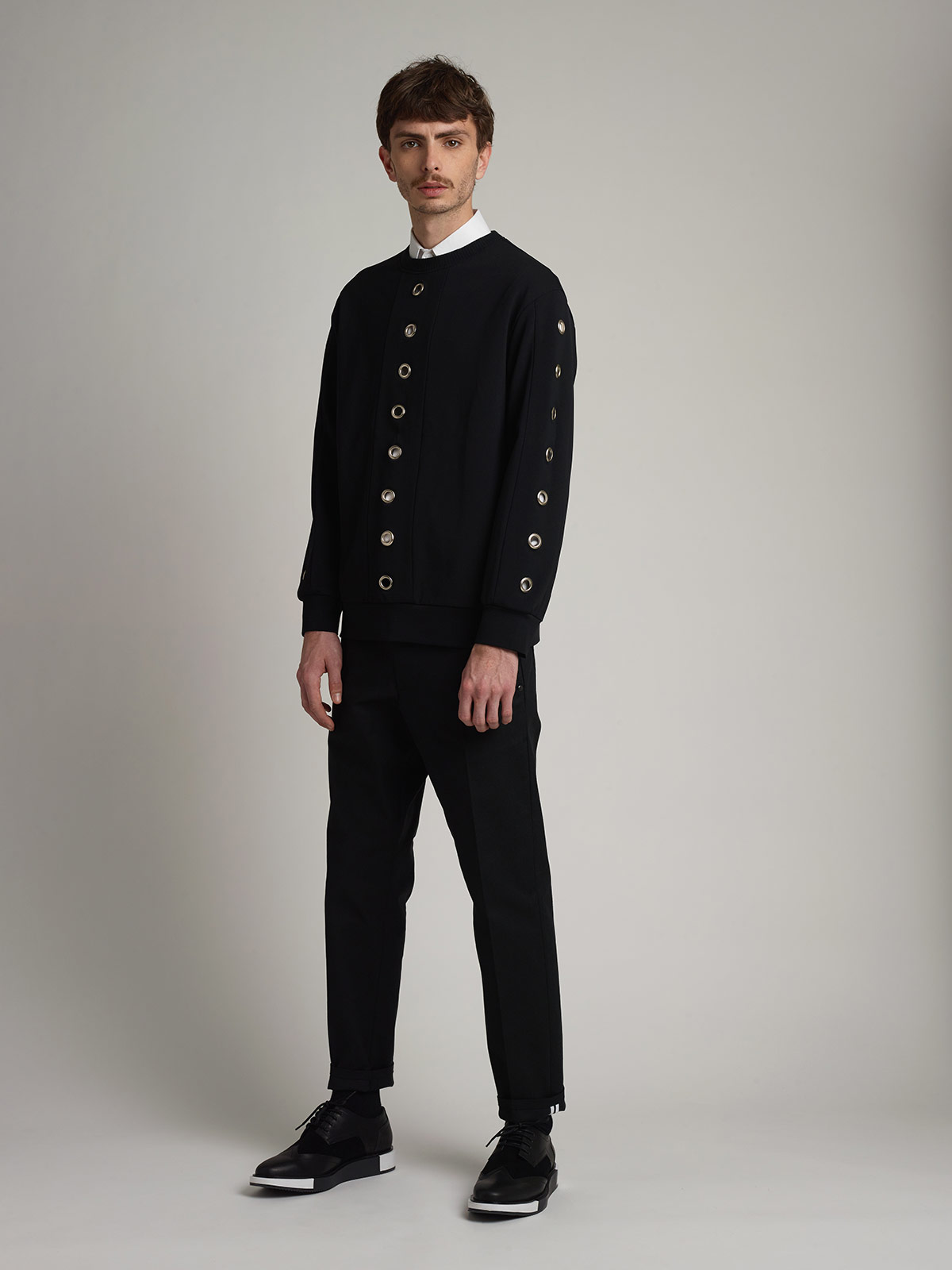 What are your biggest challenges as a designer from Israel? Is it difficult to not belong to one of the typical fashion capitals?
There are a few. The first one is timing – while designers and brands all over the world work by the fashion season calendar and present a collection one year ahead, most brands in Israel present their new collection right before the season starts, so it takes some time and effort to sync with it. Another challenge is sourcing quality fabrics. The selection of high-end fabrics imported to Israel is quite limited. These days, the growth of a brand relies on importing fabrics from Europe or Japan. Last, but definitely not least, is the general lack of international interest – Tel Aviv is not a major fashion capital and, as a result, there's not much interest in it from the European/American media.
What advice would you give to young designers who do not live in countries where fashion has a big importance?
I have just returned from Marseille; I took part in the Maison Mode Méditerranée organisation support program, so my first piece of advice for those who live around the Mediterranean sea is to enrol in this program, it will help you a lot! My second piece of advice would be: work, work, work – there are no shortcuts. You need to believe in yourself and in what you create, don’t compromise your art and start slow and small, learn your market, understand who you are designing for. Also, don’t get tempted to accept every offer from a fashion capital; if it sounds too good to be true, you’re probably right.
What can we expect from Eliran Nargassi’s next collections? Any collaborations coming up? And what will be the next subject you will on?
The next collection will be brighter and whiter, and it will deal with Shatnez, a combination of linen and wool that is forbidden by the Jewish religious law. I have been fooling around with Shatnez for quite a while now. 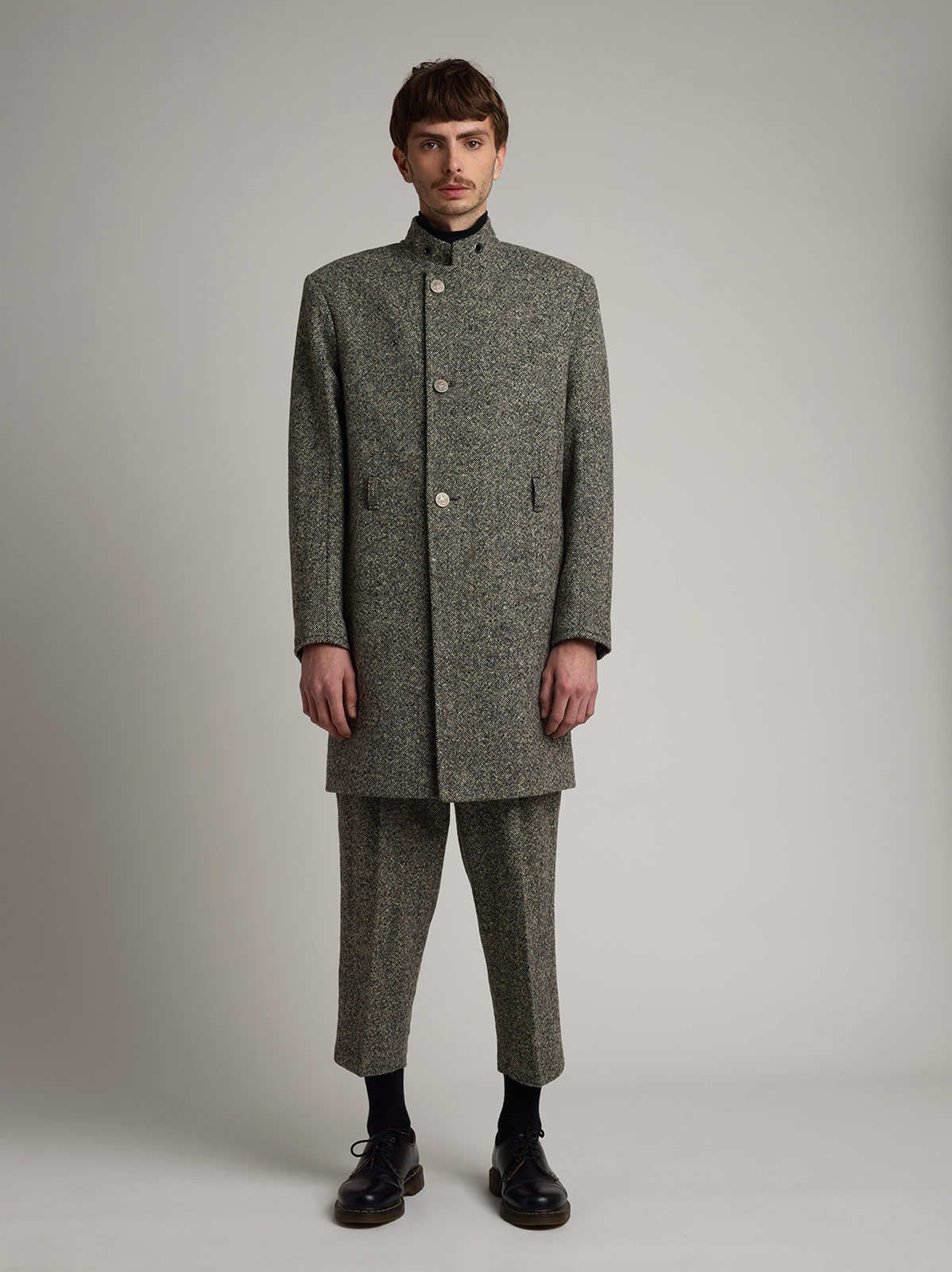 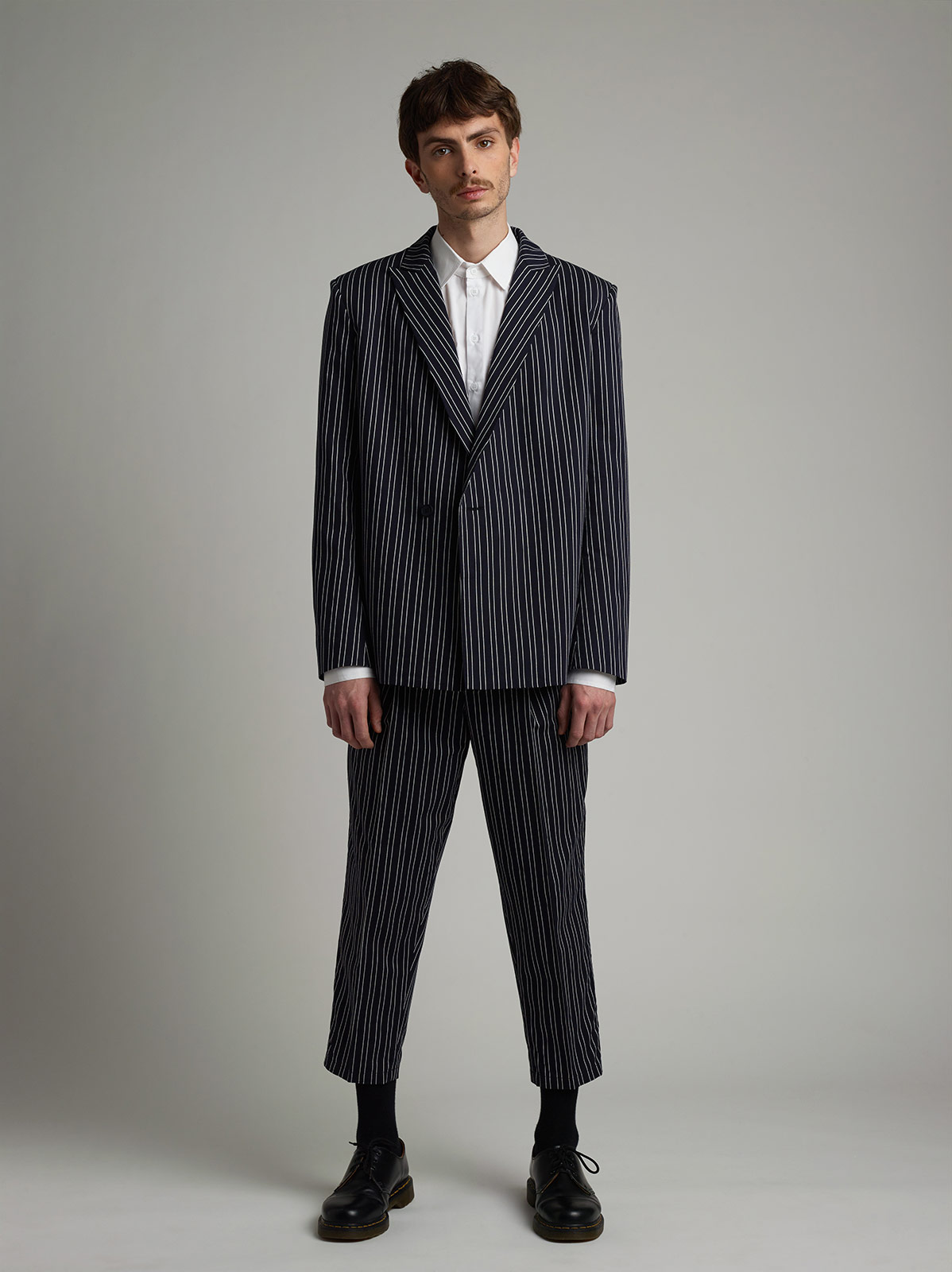 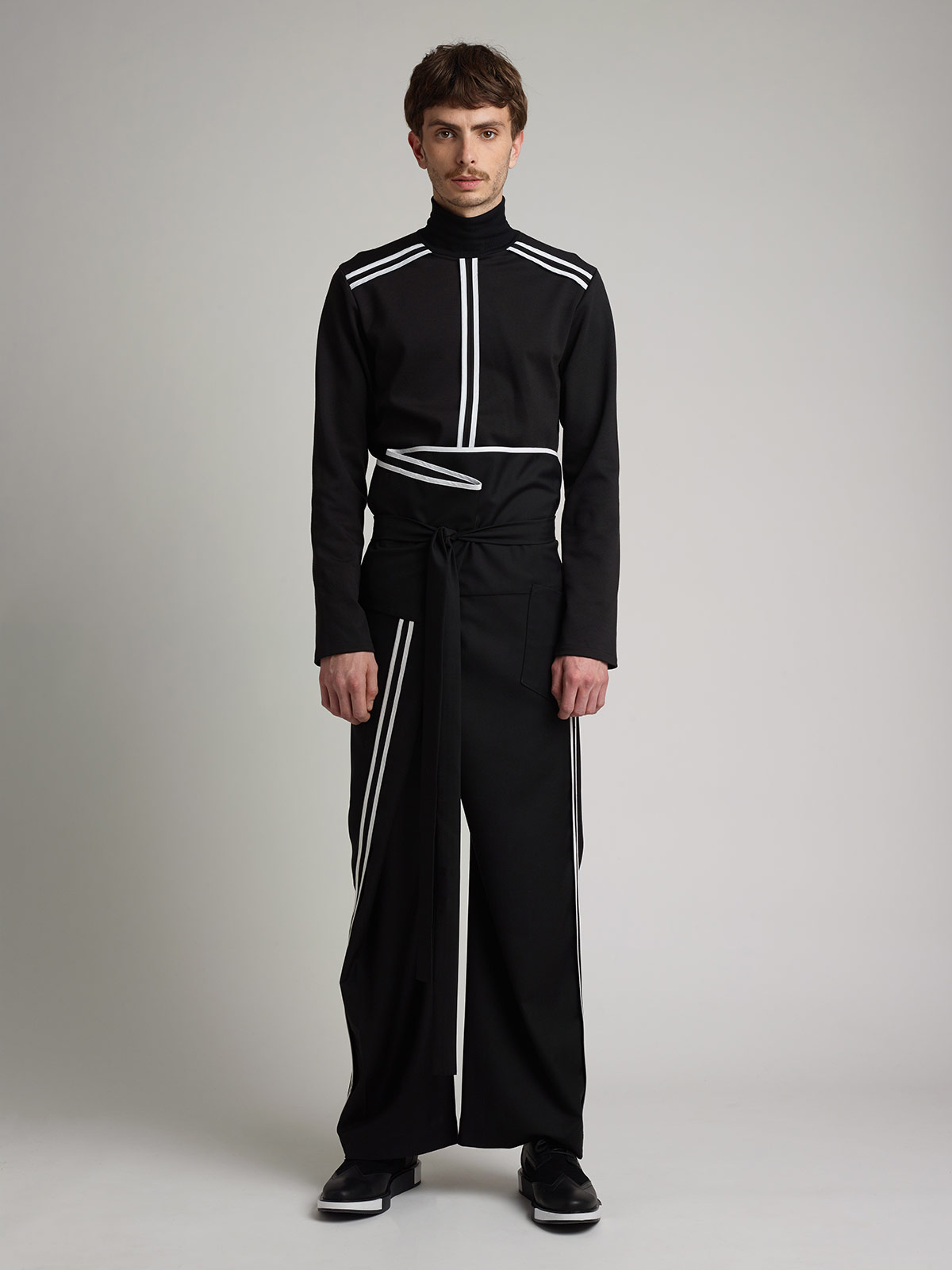 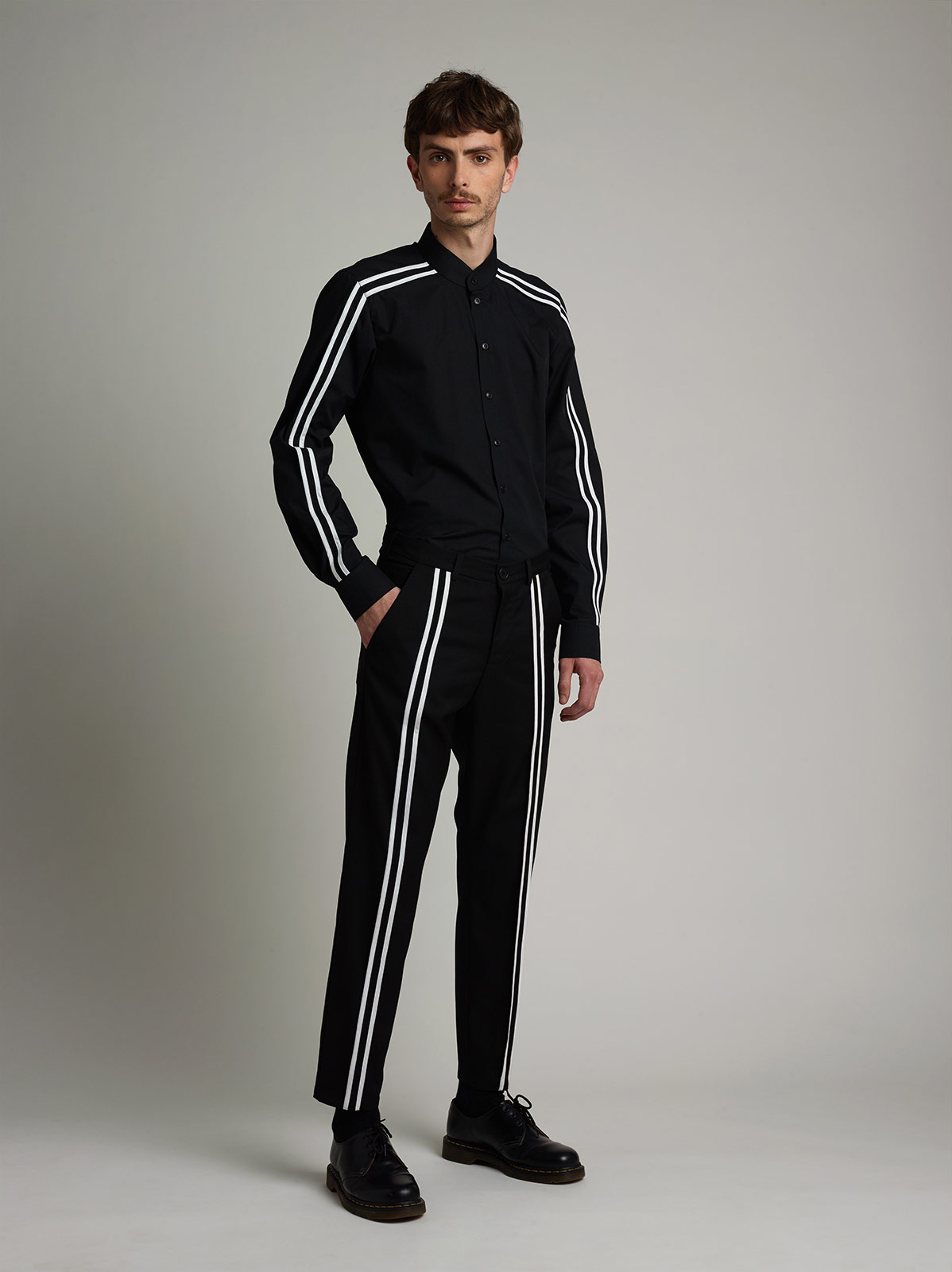 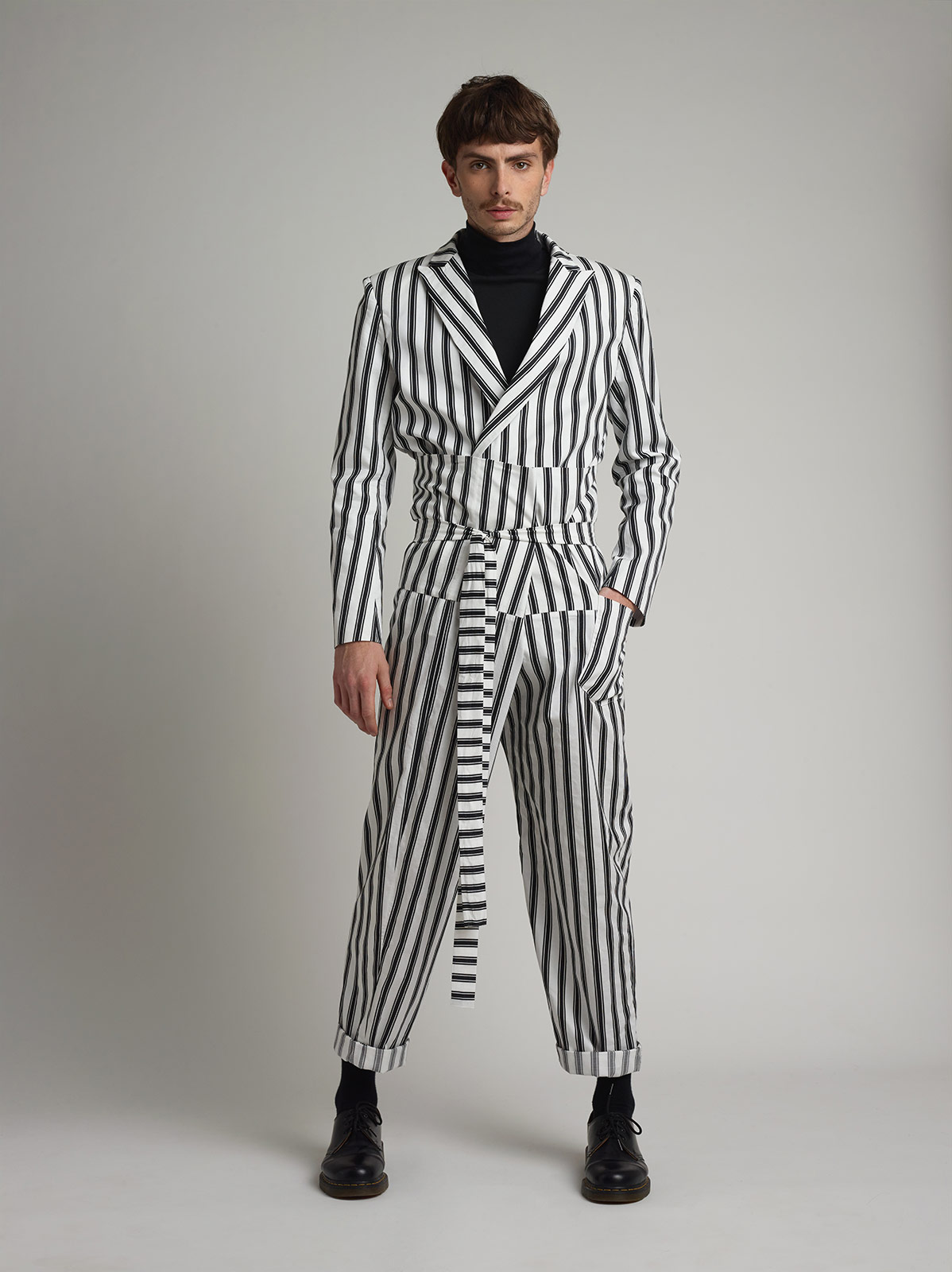 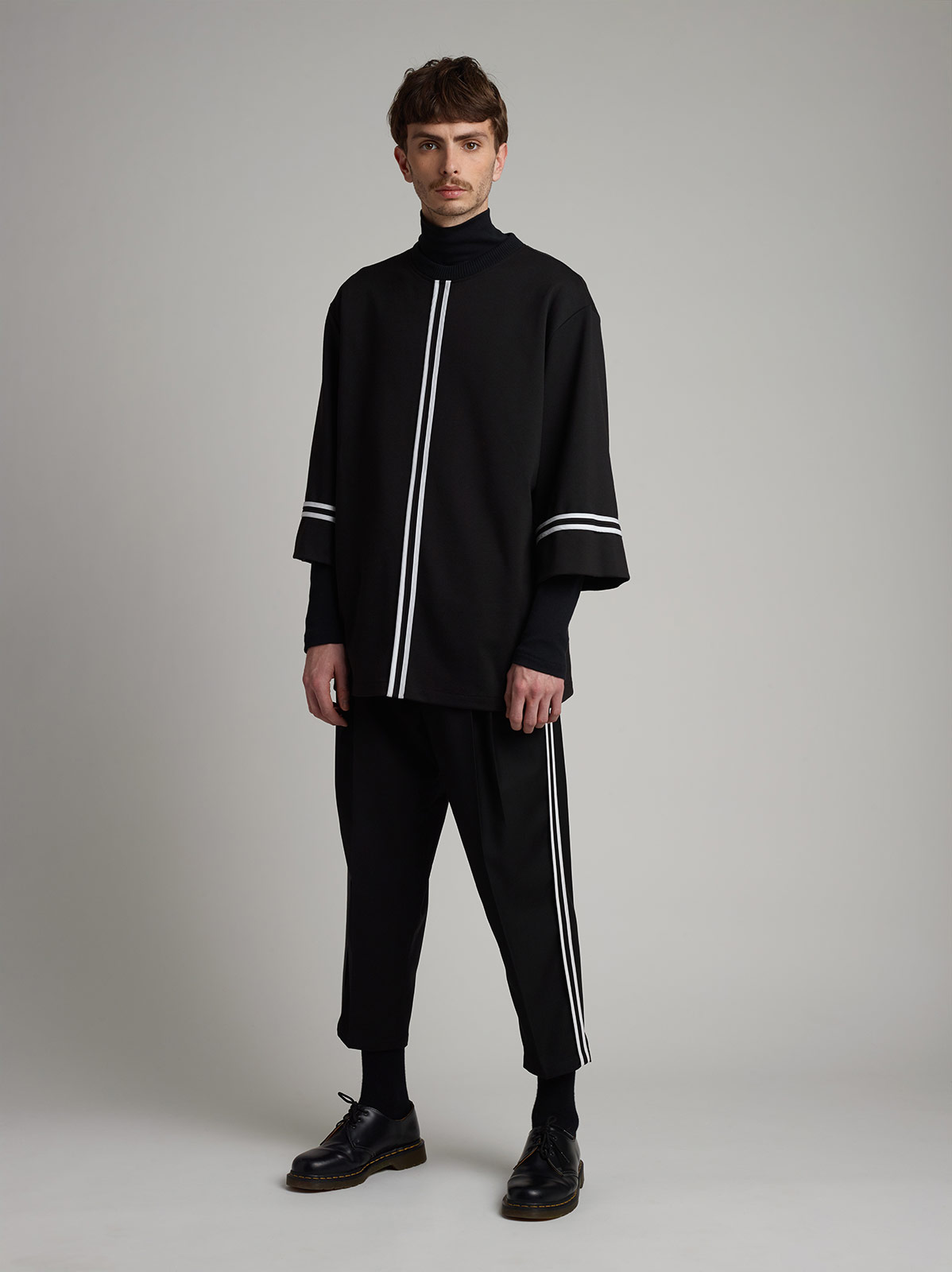 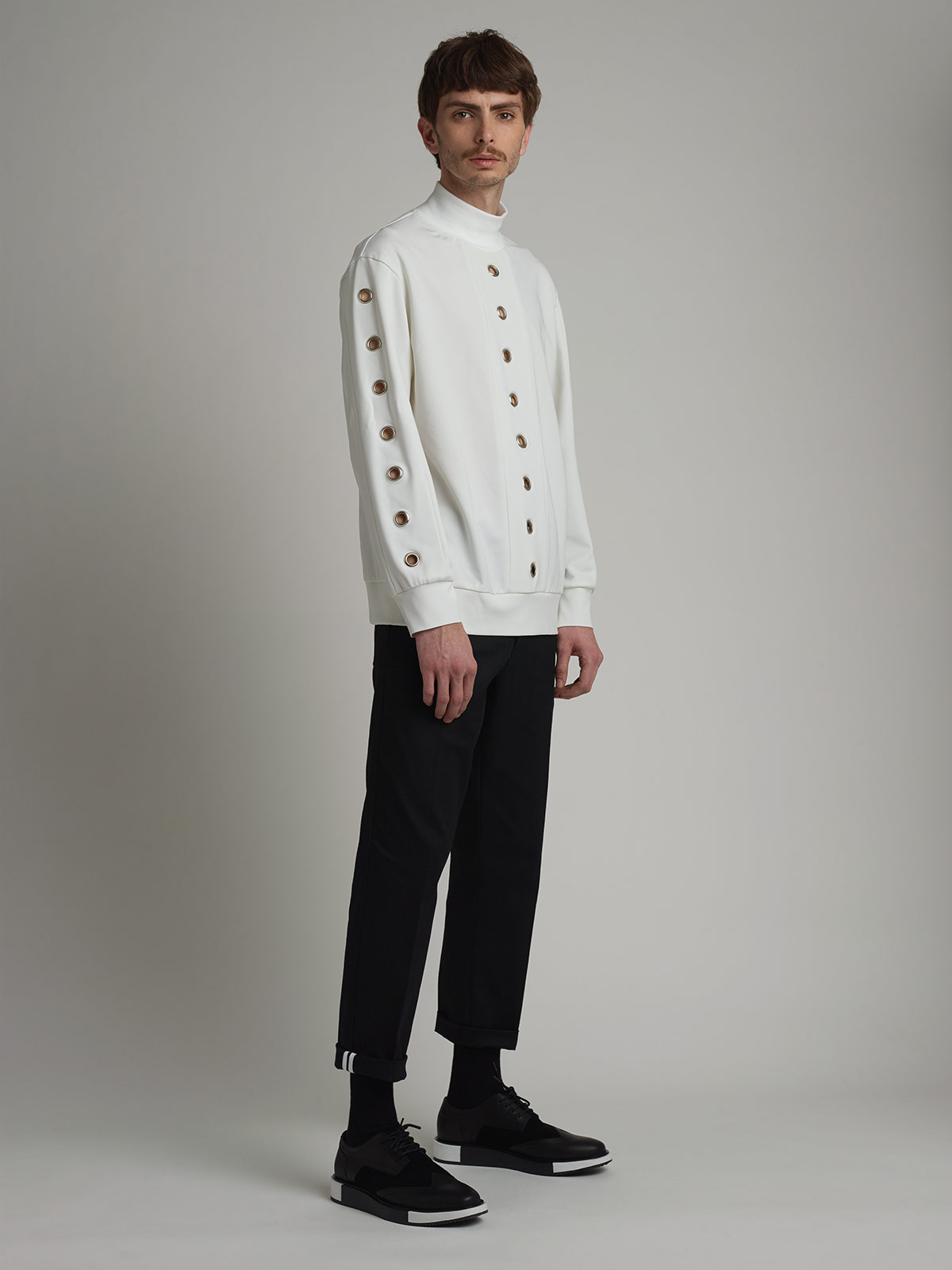 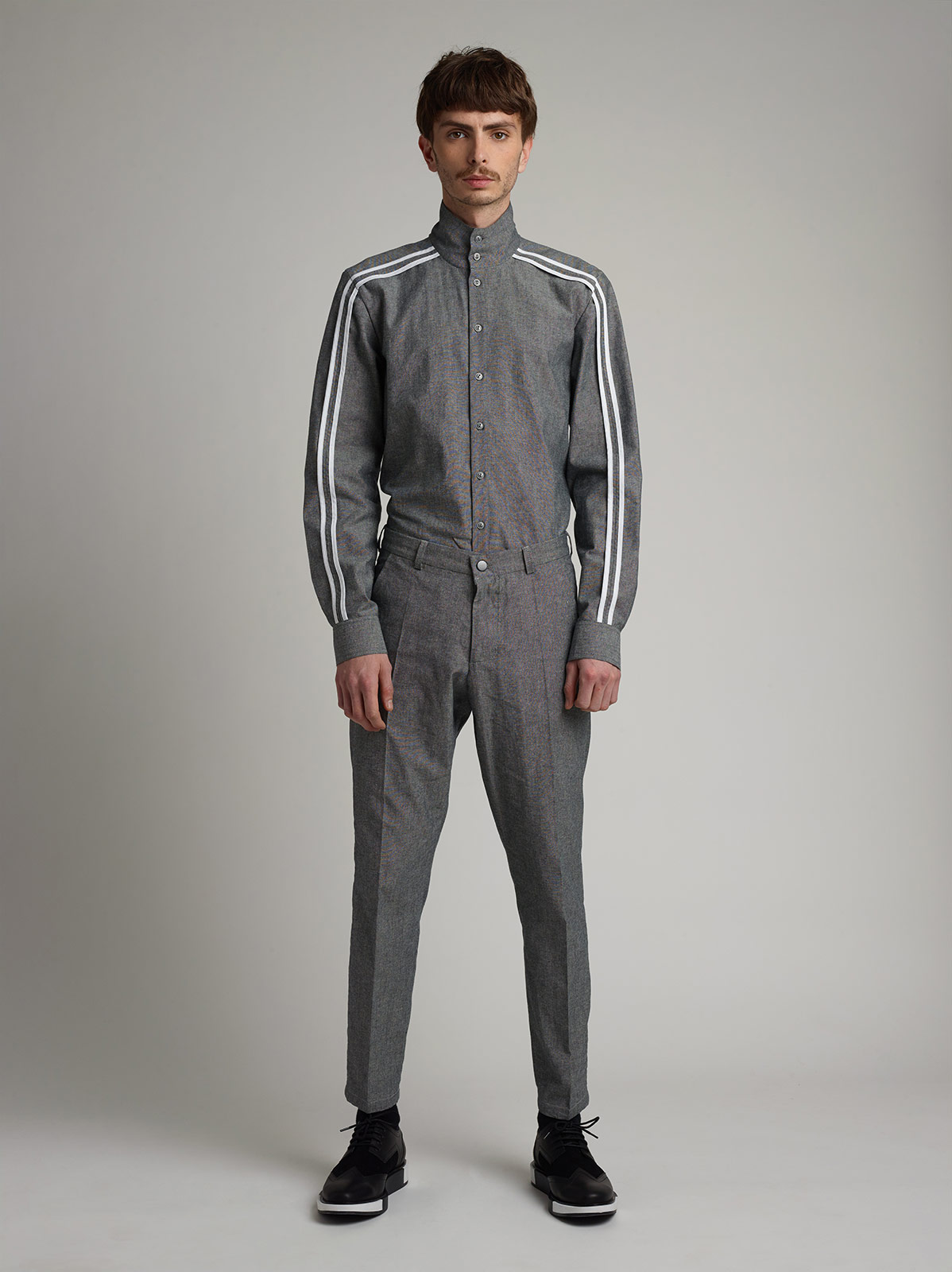 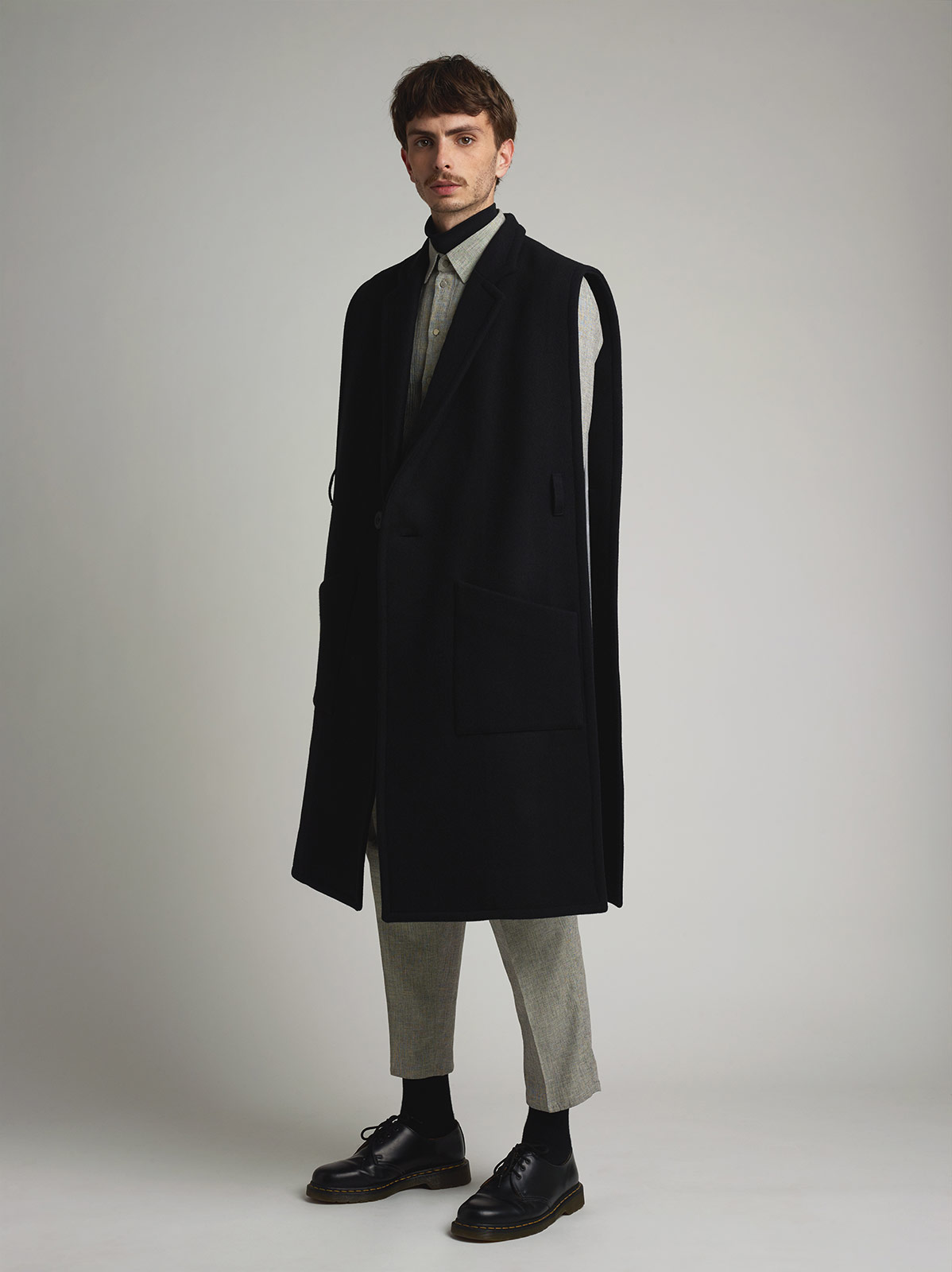