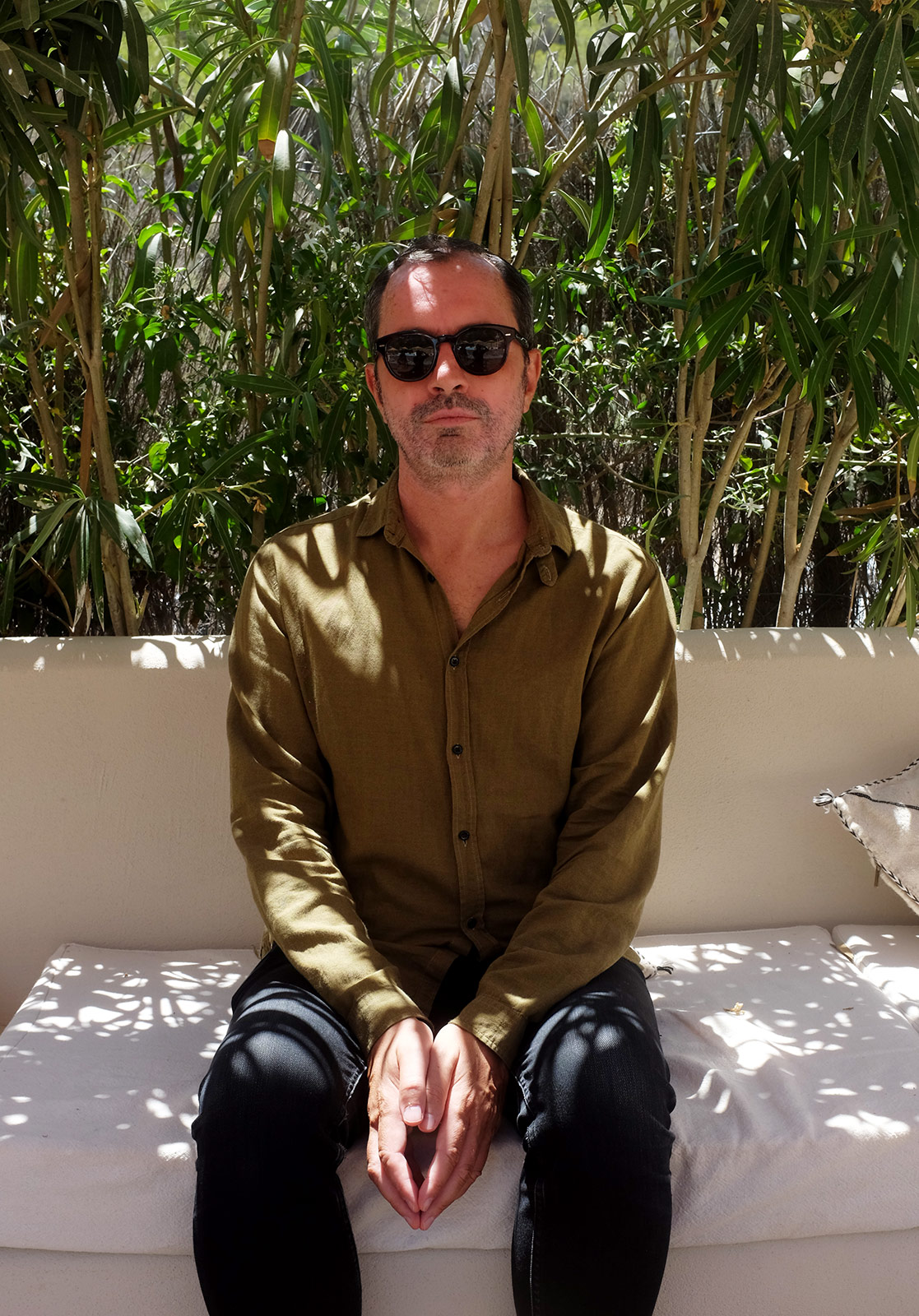 This year we're celebrating the tenth anniversary of one of the most unique clubs ever – we're talking about Silencio in Paris, conceived by the prodigious mind of David Lynch, who knew how to bring together the best of the moment's artistic scene. Now its owner and founder, Arnaud Frisch, has just launched El Silencio Ibiza a beach club in Cala Molí, on the island's west coast, where music and art hold a place next to the sun and the sea. We travel to Ibiza to get to know the place first-hand and to chat with Arnaud.
In short, and before starting the conversation, El Silencio Ibiza is located in a beautiful, small bay, where the sunsets are spectacular, and it has a restaurant by the beach is managed by ToShare (the French chef Jean Imbert and Pharrell Williams' restaurant business) that arrives here after being open in St. Tropez last summer. The space has been designed by Moredesign, and the cocktails have been thought of by Diego Cabrera. You can enter from the beach, going through a huge installation by Miranda Makaroff, in which a gigantic, fun octopus welcomes you. And when we reach there on a late Sunday afternoon, Pional and Pascal Moscheni are already on the turntables, DJing in a casual way, almost sat at ground level, whilst the people come and go, glass in hand.

But let me digress here because, before that, we were comfortably settled in the hotel Sir Joan, in Ibiza's capital, with a view to the port and the historic centre of the city. An oasis where you can get away from the world from the pool, or recover from the hustle and bustle, or from the night, that holds one of the most acclaimed Japanese cuisine restaurants in the area, the Izakaya. It doesn't take longer than half an hour to get here from El Silencio Ibiza by car. So, after relaxing a bit in our room, that's where we go. 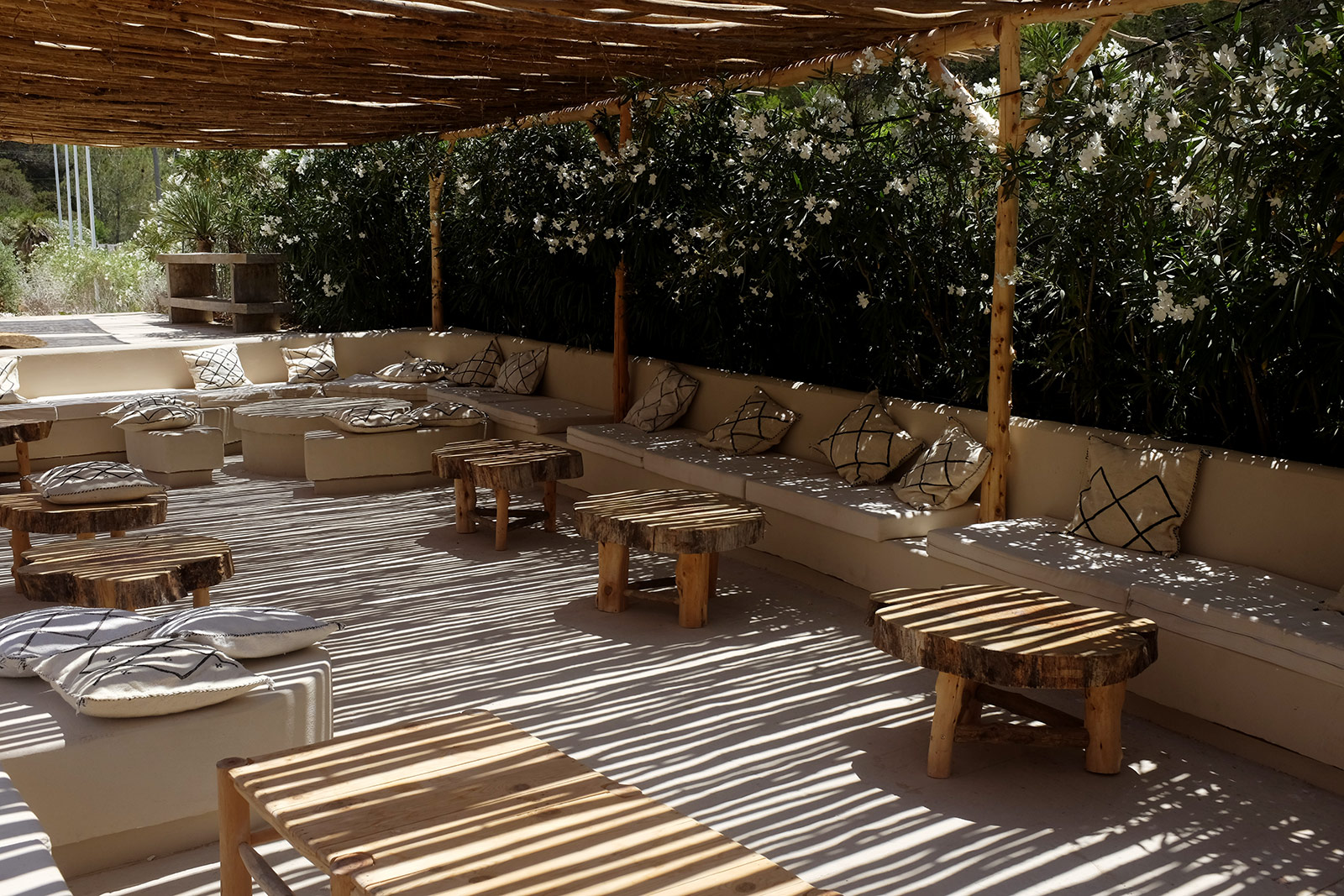 It's been 10 years since El Silencio's opening in Paris, what is the first thing that comes to mind when you think about that time? A feeling, a memory, a story...
We had been working along with David Lynch and architect Raphael Navot for months to design a unique place to host concerts, performances, an intimate movie theatre, photograph exhibitions and talks with a food and cocktail offer created by a new generation of chefs and bartenders. I remember hustle and bustle, but also support from the artists who made this project a reality. The first month, this small venue welcomed Lana Del Rey first concert in Paris, Kanye West after show and performance and The Kill’s gig, for only three hundred lucky guests.
El Silencio has been able to stand the test of time by adapting itself throughout the years and developing spaces like pop-ups (in Art Basel Miami, Cannes Film Festival or the Berlin Biennale) and right now until mid-September you have a pop-up in Paris that combines film and gastronomy. Could you tell us a bit about this project? Is the initial club closed at this very moment?
Silencio was created for the creative night owls, our restaurant and cinema in Saint Germain Des Près is a day venue for our community. We are currently collaborating with chef Guillaume Sanchez, a fermentation expert and cinema enthusiast who created menus inspired by movie themes: Festival de Cannes, Hollywood and black & white and biopics. For fall, our lineup will connect both places: music and performance at Rive Droite Silencio Club, cinema, talks and gastronomy at Rive Gauche Silencio restaurant and movie theatre.
And 10 years later here we are again, at El Silencio Ibiza, a wonderful newly-inaugurated space. For starters, what's your assessment from all these years? This new opening seems like an amazing way to celebrate the decade.
Silencio has been gathering creative communities for the last past 10 years. It is a tool to experiment, to help launch music, cinema or artistic projects. We want to be a vibrant venue, always in touch with an always changing industry. For 10 years, Silencio adapted to host new cultural actors such as the Contemporary Art Foundation, streaming platforms and keeping up with the pandemic by creating for instance a food delivery service with the most creative chefs. 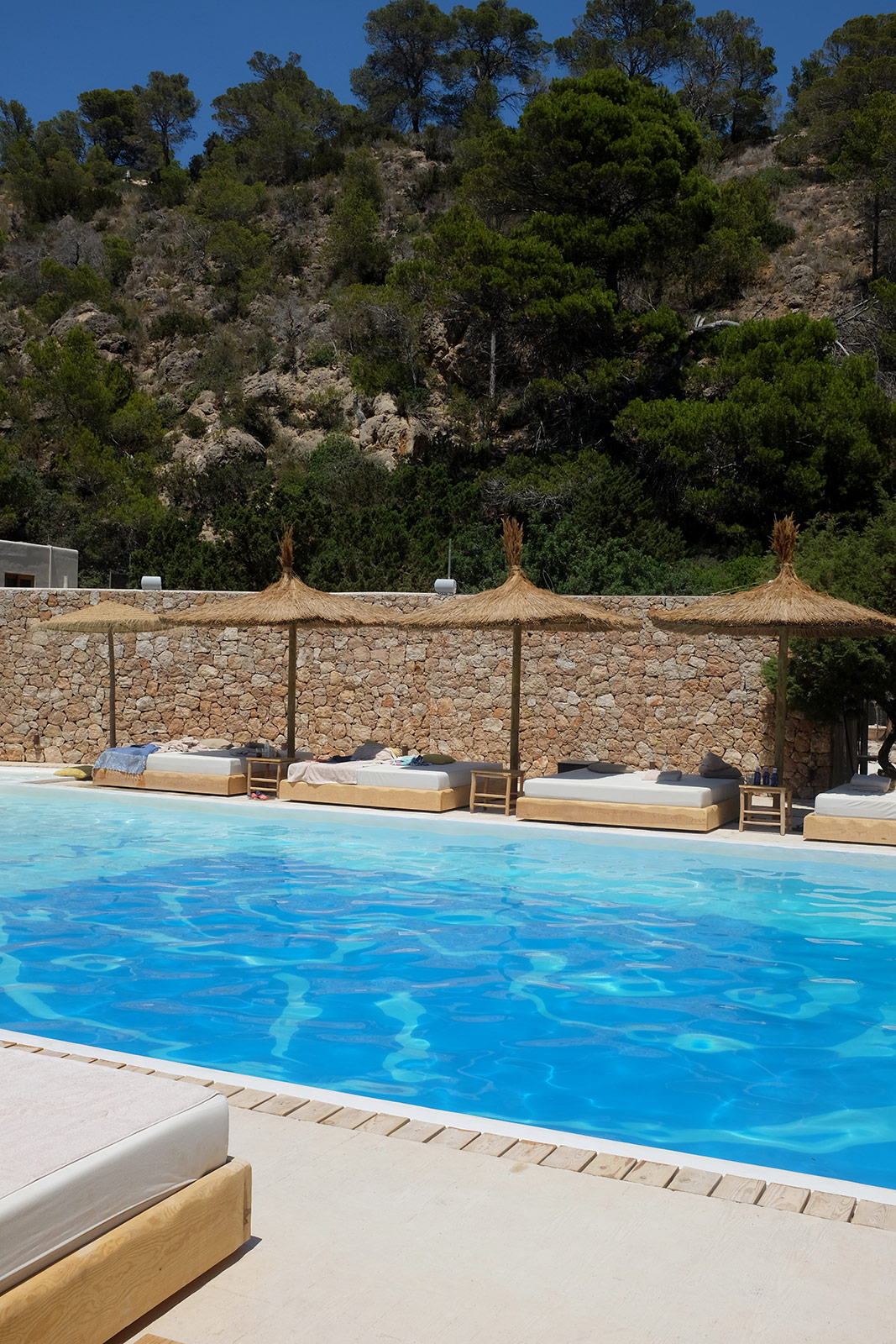 Tell me more about El Silencio Ibiza, how did the idea of the possibility to set it into motion come up? What was your relationship with the island until now? Did you use to frequent it?
El Silencio in Ibiza is a way to celebrate and gather creatives, away from major cities. Time is different on the island and that is what we wanted to share. We started looking for places and when Cala Molí opportunity showed up, we didn’t hesitate: this is the place for us! I’ve been coming to the island for holidays during the past 20 years, but I came to the island in November to stay and think about new projects, while most of our venues were closed because of the pandemic.
Ibiza is without a doubt an unbeatable place for Silencio's newest stage, as it is such an inspiring and welcoming place for so many artists. Would you have tried to create something like this in another place or has the island been crucial for something like this?
I wouldn’t have considered another place for this project. This very singular island attracts travellers from various origins and backgrounds sharing the same values of freedom and tolerance. This spirit was even stronger through the covid crisis and enabled more intimate interactions.
I really like the design of the space, it has a very Mediterranean aesthetic that appeals to the artisanal and essential without giving up comfort, how did you get to know Moredesign? Did you know from the beginning that you wanted to work with them? Did you plan the space together or did you leave them to do their thing?
When we decided to open in Ibiza we were seeking talents who knew the island’s history and nature. We wanted to focus on sustainability and the seventies vibe of the original aesthetics at the same time. We went through the island's archives hoping to find out about Cala Moli’s past. Then we met Moredesign who immediately understood our vision and agreed to join forces to open a few months later. 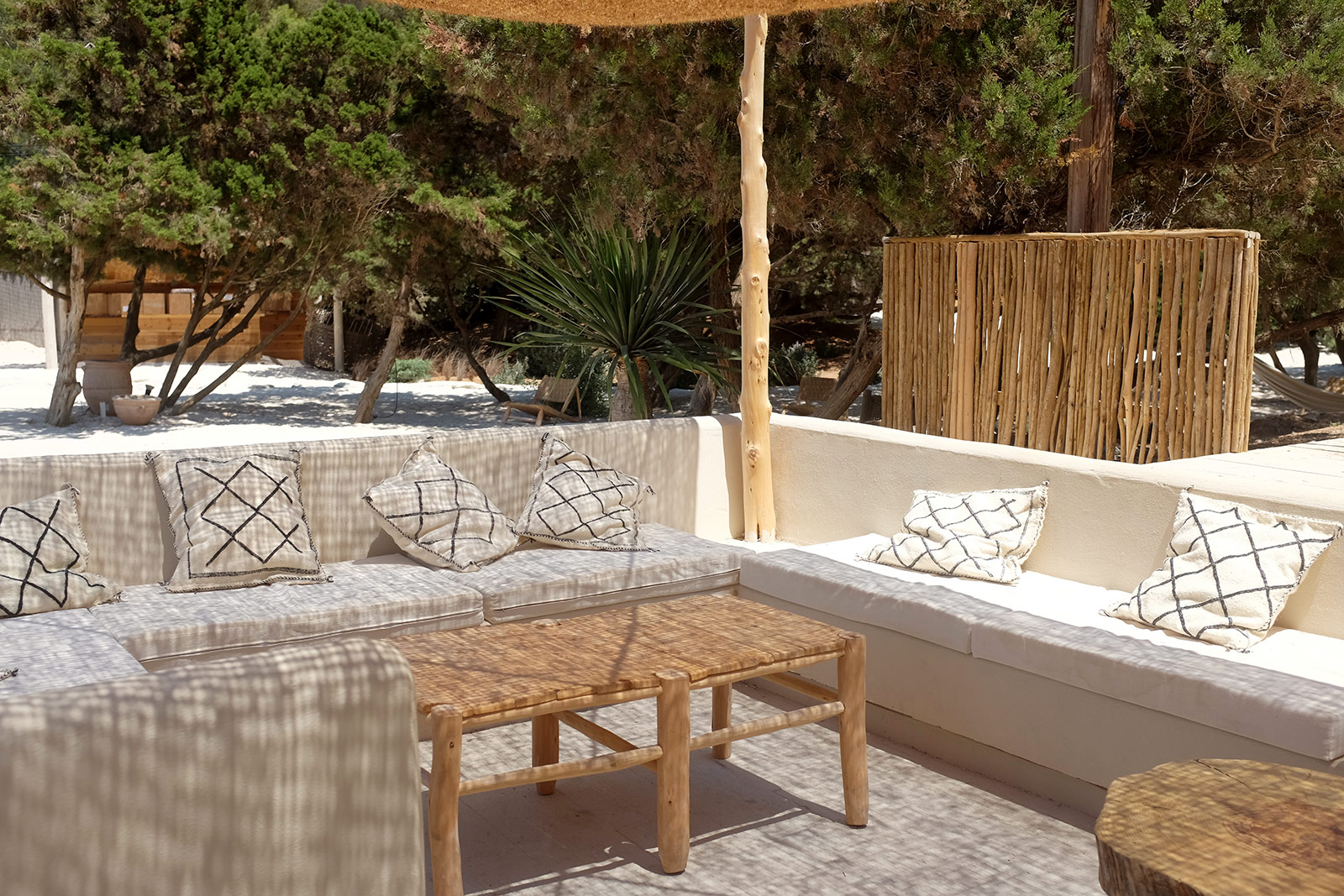 There's a certain balance between the local (Moredesign, Miranda Makaroff's installation) and the international, ToShare runs the restaurant, for example. Had you worked with them already? The culinary offering is varied, with a restaurant by the beach and a tapas bar at the pool, what are your highlights? What are your favourite dishes?
ToShare is a Mediterranean project designed by French chef Jean Imbert and artist Pharrell Williams. We had met Pharrell in 2011, during our Miami Art Basel popup. He came to visit Silencio Paris and we offered him to host one of his performances in the Design District a year after with Takashi Murakami. We met Jean at Cannes Festival and asked him to be in charge of our pop-up restaurant for the occasion of our pop-up, and then a dinner in Paris with Damien Chazelle for the Oscar’s Ceremony.
For El Silencio, Jean met the local producers and adapted his menu to the island. My favourites are his avocado and melon to start, then the fish and ratatouille.
At El Silencio Ibiza, as it could not have been otherwise, art and music are very present, once you enter you come across a large-scale installation by Miranda Makaroff, Mari Mari, which most likely is the most instagrammable piece of the space. Is this the first of a series of interventions from different guest artists or how will this go? Where do you know Miranda from, had you coincided before? Had you work together before or was this the first time?
This is the first time we have worked with Miranda. We were looking for a Spanish artist embodying the island vibe that could understand our vision and we met on the island during the winter. Mari Mari's installation is more than what we expected, as it is immersive and playful but it also turns the place into something more vibrant. Our guests love the immersive dimension of it. 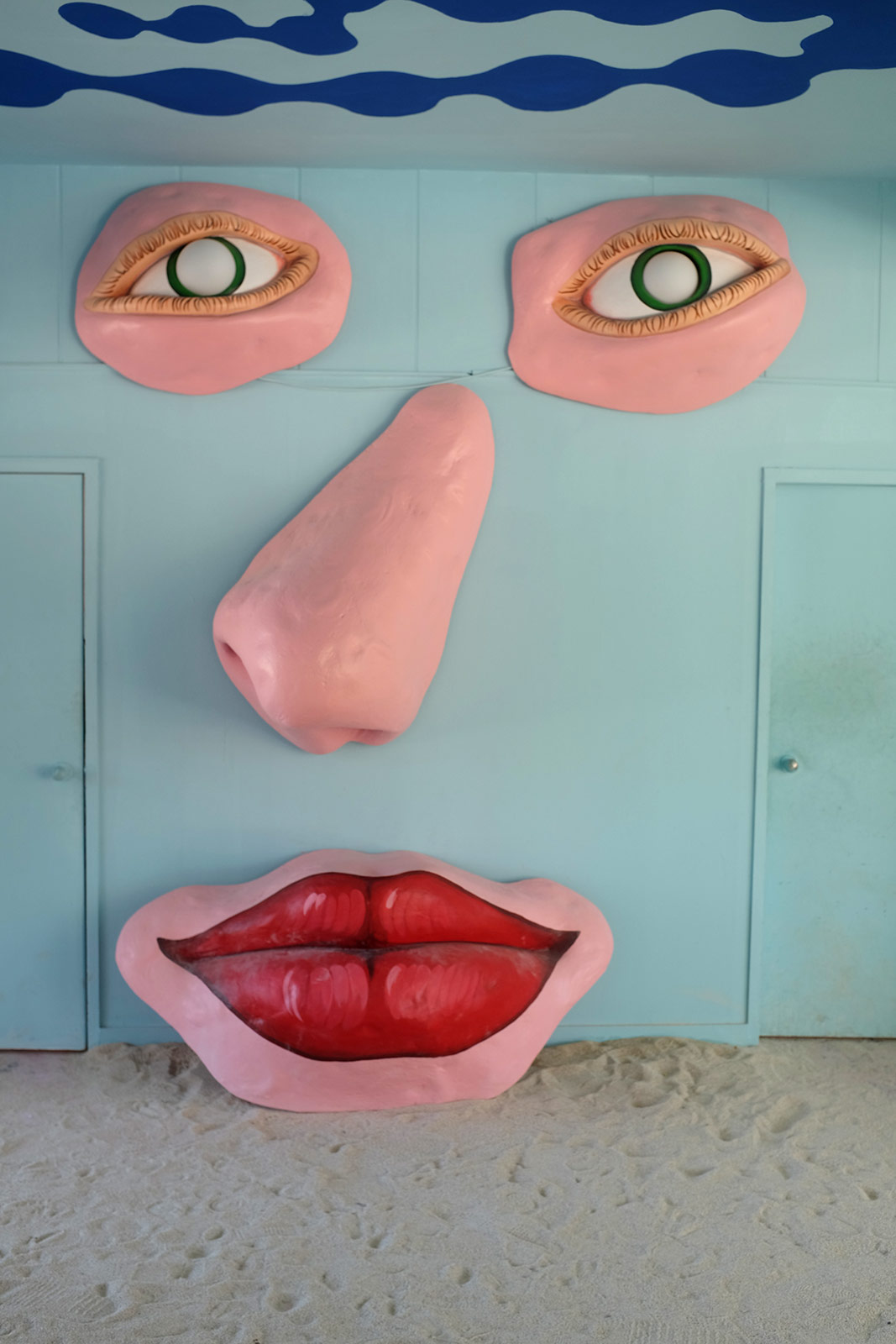 The musical direction is supervised by Arman Naféei (The Standard, Chateau Marmont…), what is he in charge of exactly? Does he work on the DJs' line-up? Can you let us in on who will be coming here in the next few weeks or you are working on the fly?
Arman works as a ‘directeur d’ambiance’ for various projects and is very connected to the fashion world. He interviews artists for a podcast called Are We On Air and also thought Ibiza would be the perfect summer playground for him. He created a playlist for the pool and the restaurant and also invites friends and fellow artists to play at sunset: Arca, Claire Laffut, Fiona Zanetti, DJ Pippi… We are also hosting events with Pascal Moscheni and Johannes Goller, who invited amazing DJs such as Josh Wink, Nightmares on Wax or Bushwacka.
El Silencio Ibiza seems to have it all in order to become 'the place' of the summer. The equation for a place or a nightclub to become a success seems easy but it isn't, otherwise, most places would never be in a situation where they have to close. What is the magic formula to stand out from the crowd?
Our group Assembly aims to bring together architects, chefs and artists to create unique venues. We collaborated with amazing talents such as David Lynch, Virgil Abloh, Jakob+McFarlane, Studio KO and many more. We were able to find an incredible spot on the island and collaborated with singular talents to create a place in tune with our hope to finally see our friends after long months of being isolated and having our cultural venues closed.
What other plans do you have for Silencio? Now that restrictions seem to be loosening up, slowly but surely we hope, do you have plans to open other pop-up spaces?
We are preparing the opening of our new Parisian project with a new cultural program using both spaces of Rive Droite and Rive Gauche. And we will celebrate our 10 years anniversary of Silencio, with a one-year series of pop-ups and events.
Possibly a lot of people who are reading this right now will go to Ibiza this summer if we haven't been able to convince them yet, tell us: why should they go to El Silencio?
Cala Molí is a magnificent beach where you can taste a food menu by one of France’s best chefs, sip a cocktail designed by Salmon Guru by our pool, immerse yourself through Miranda Makaroff’s installation and listen to Balearic beats played by the best DJs at sunset. In September we plan on inviting innovative chefs to offer changing menus and experiment with local resources. 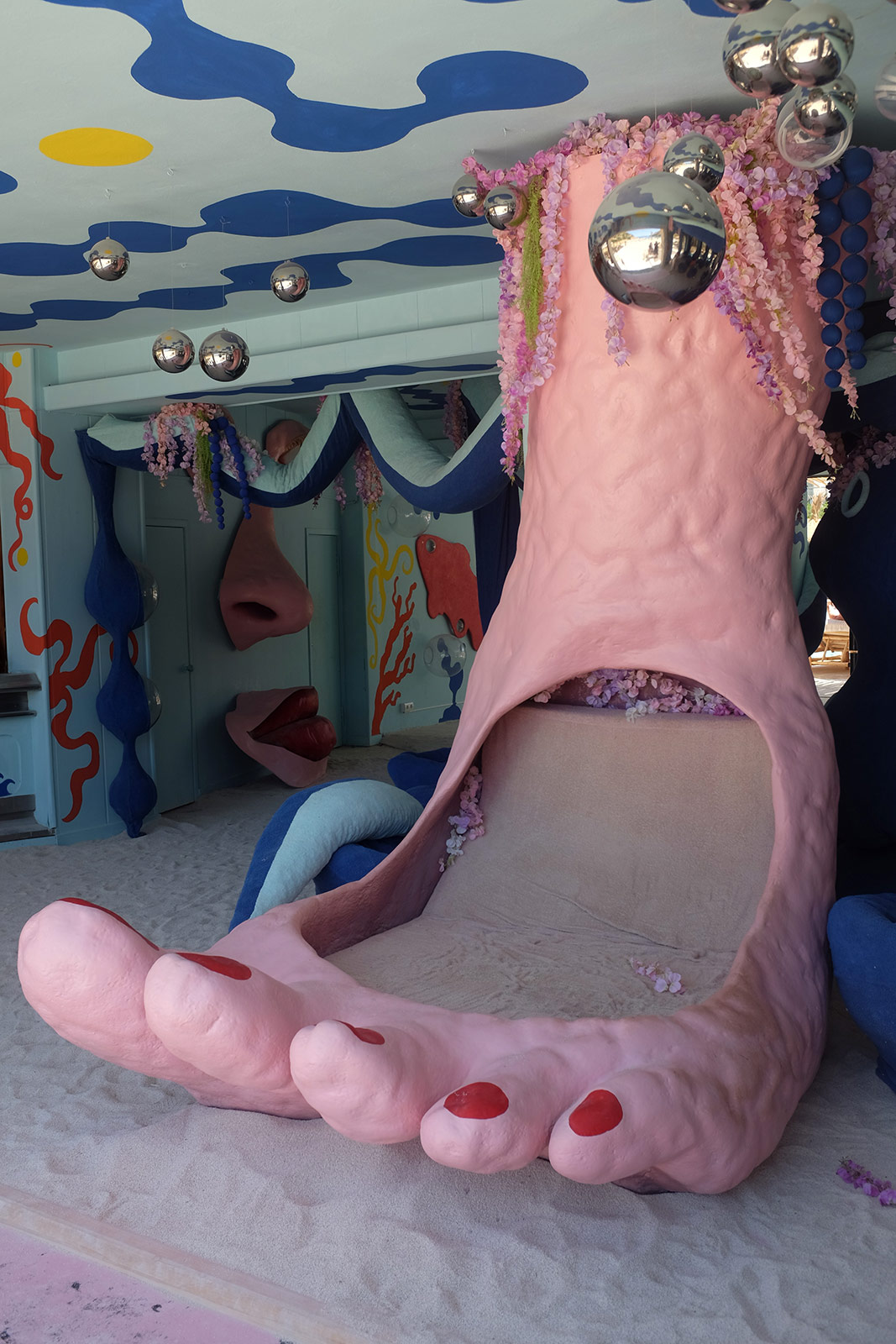 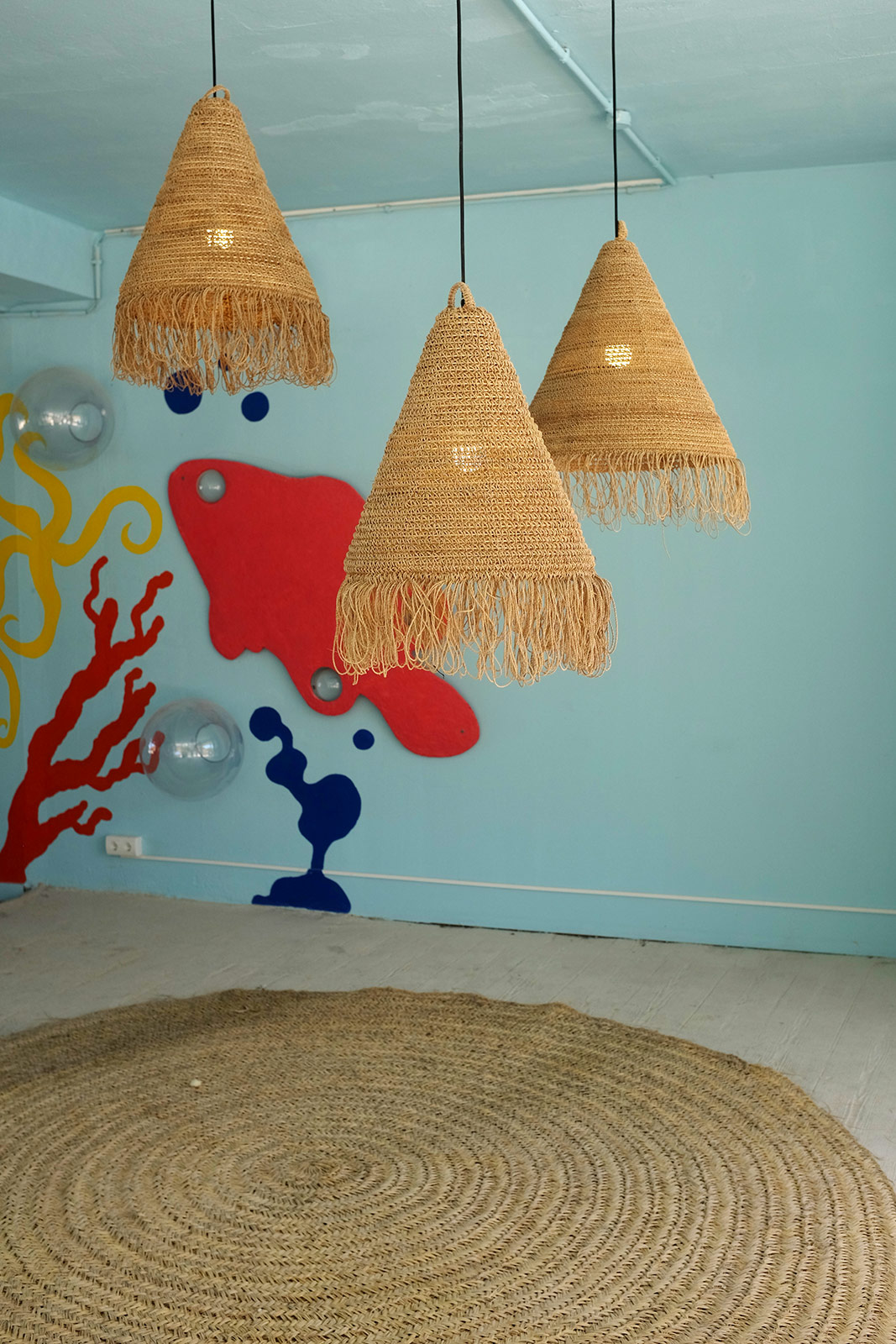 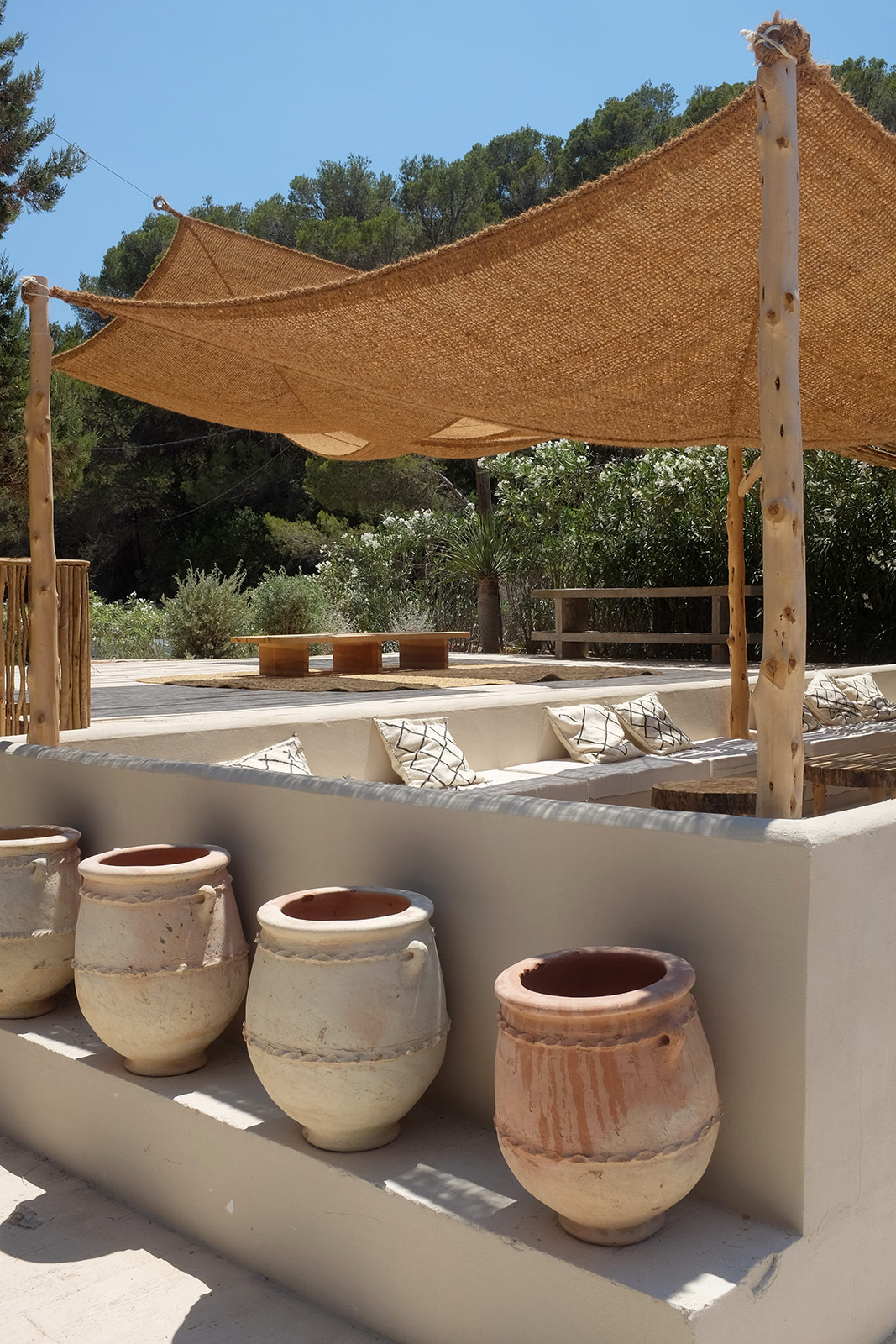 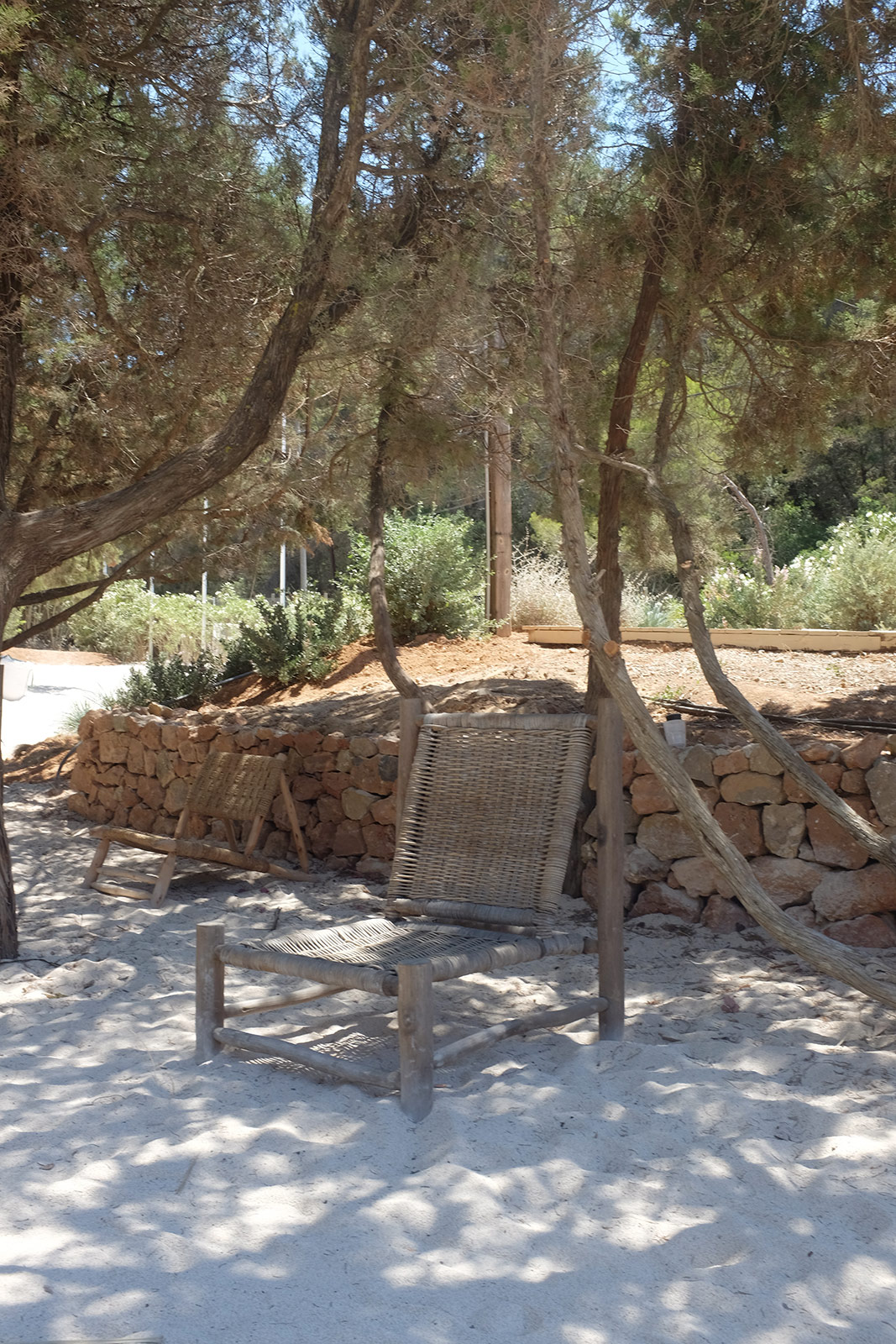 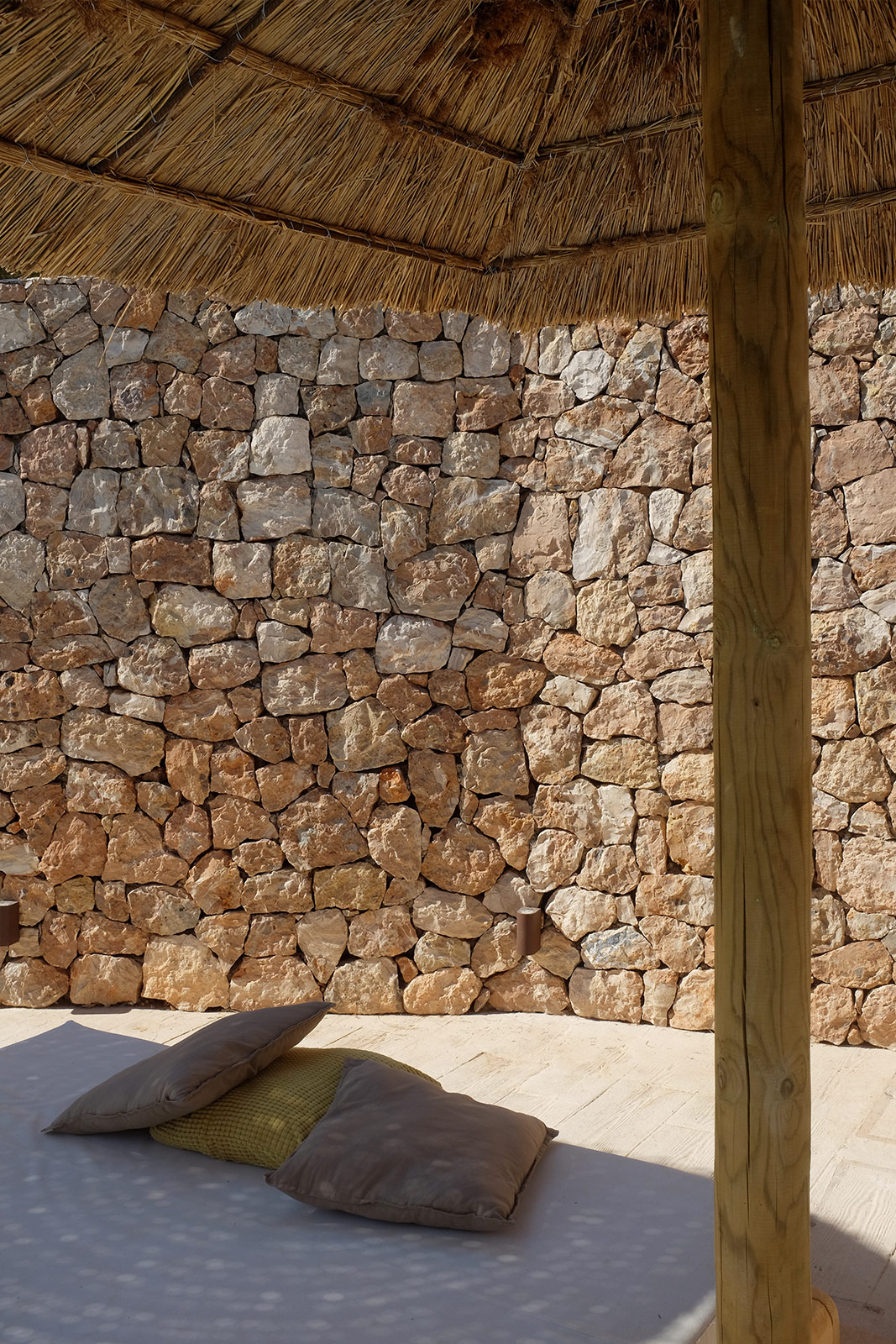 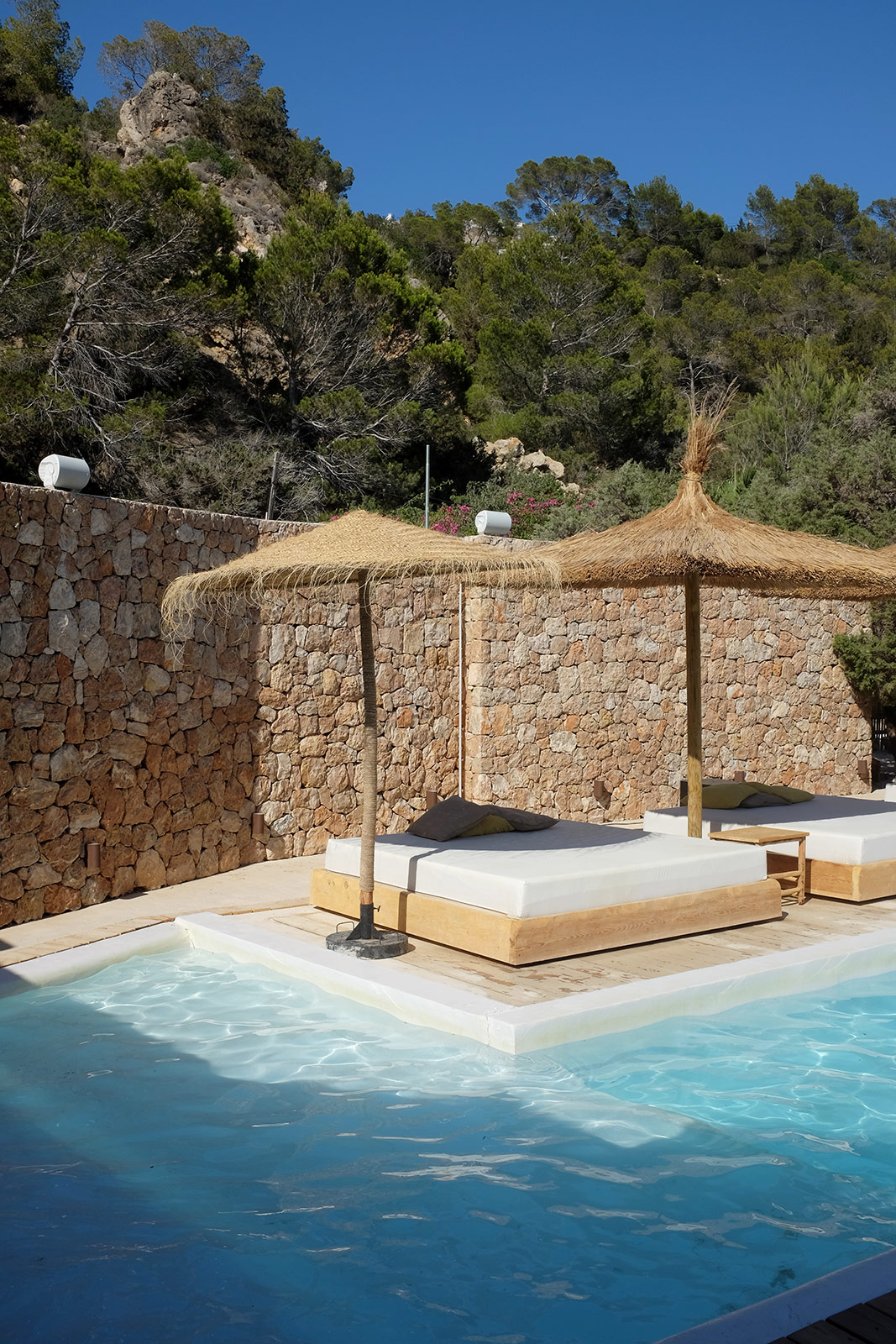 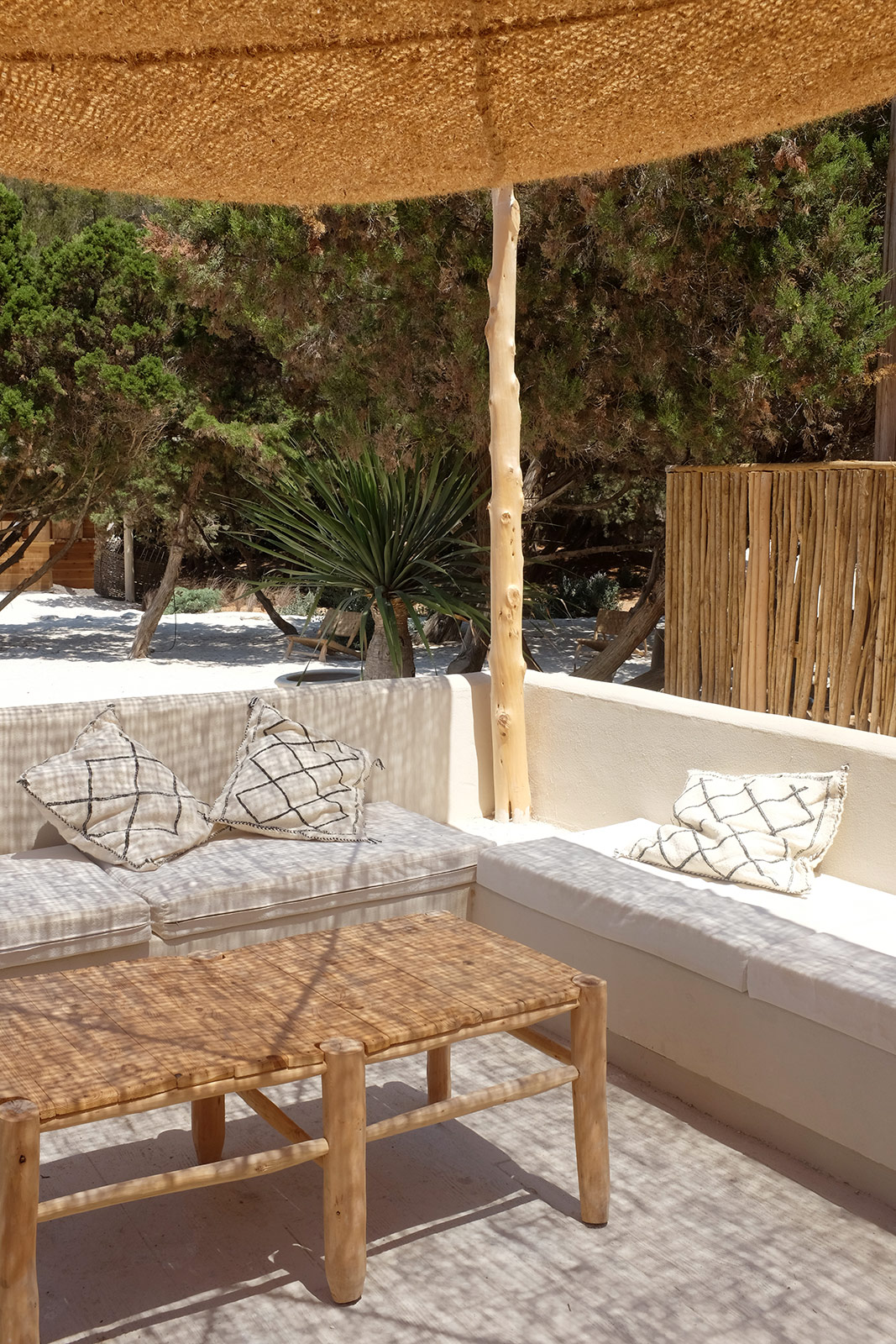 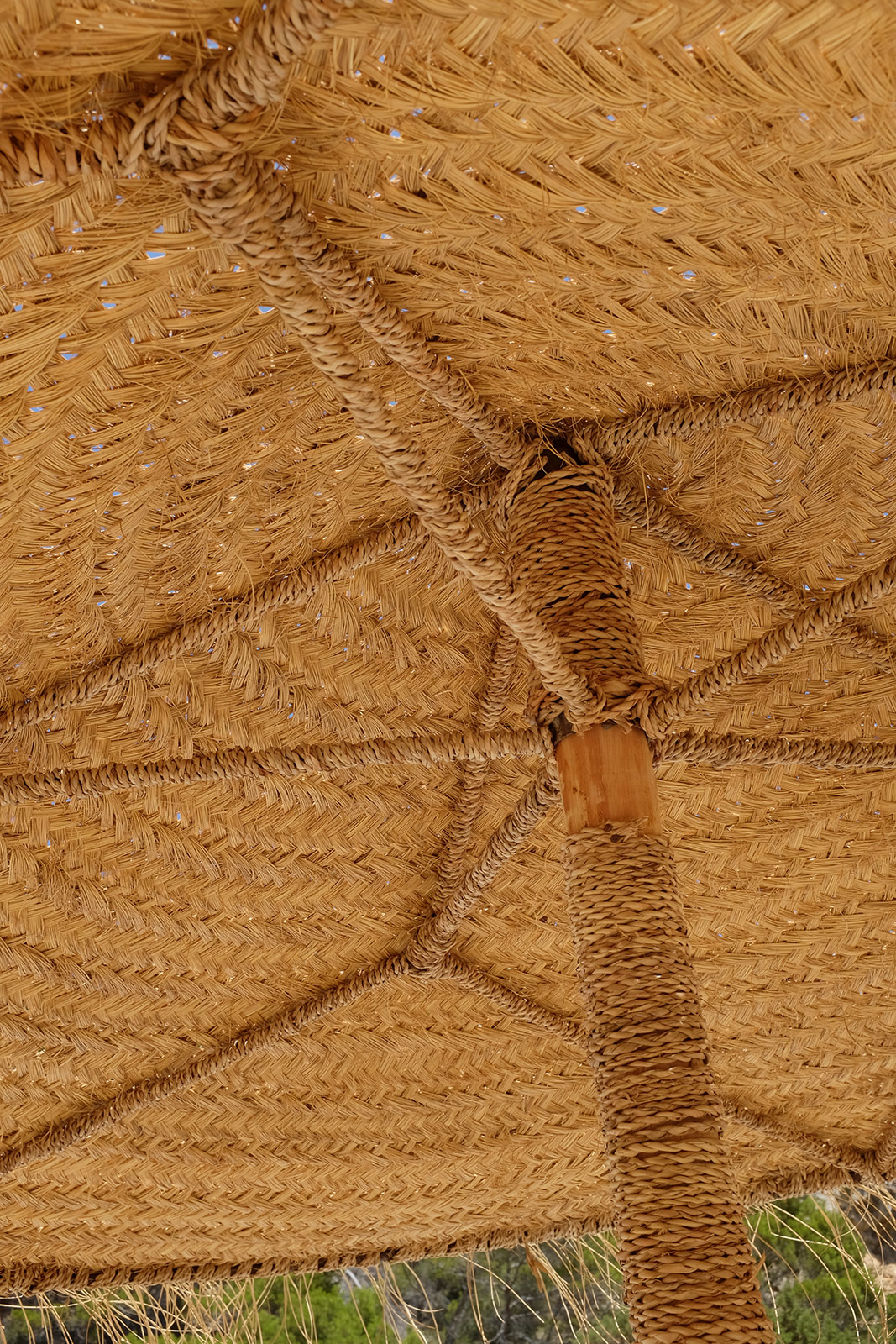 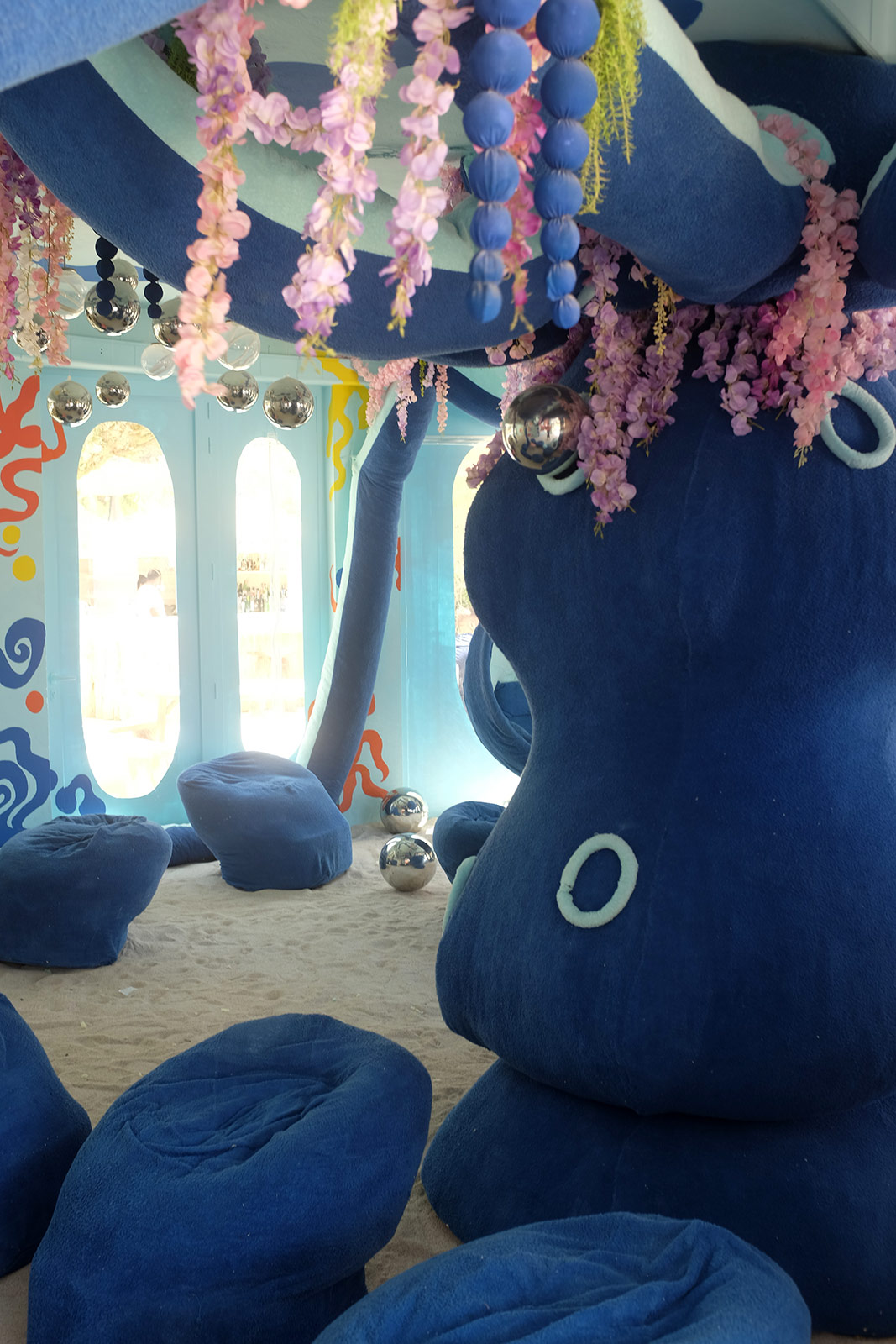 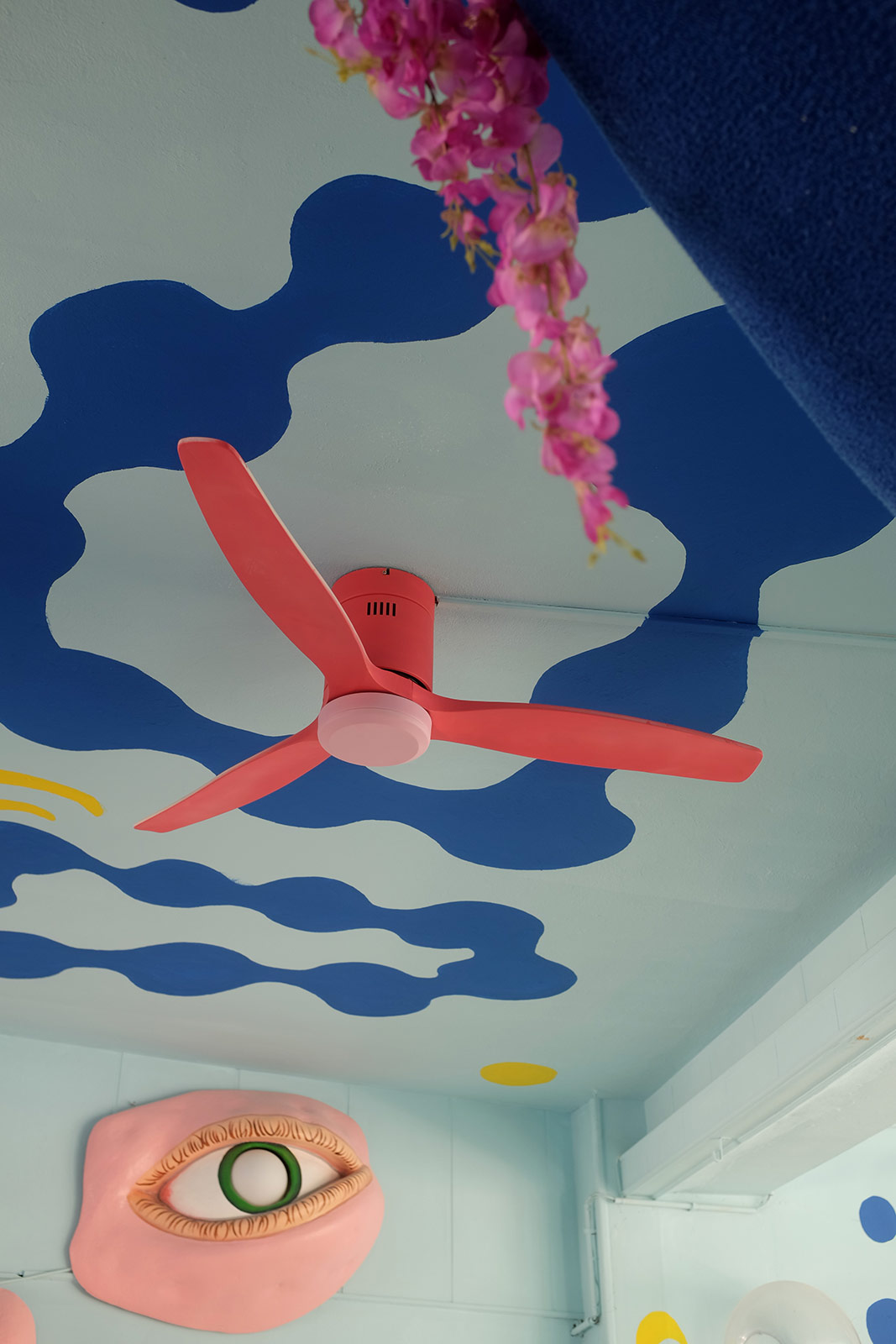 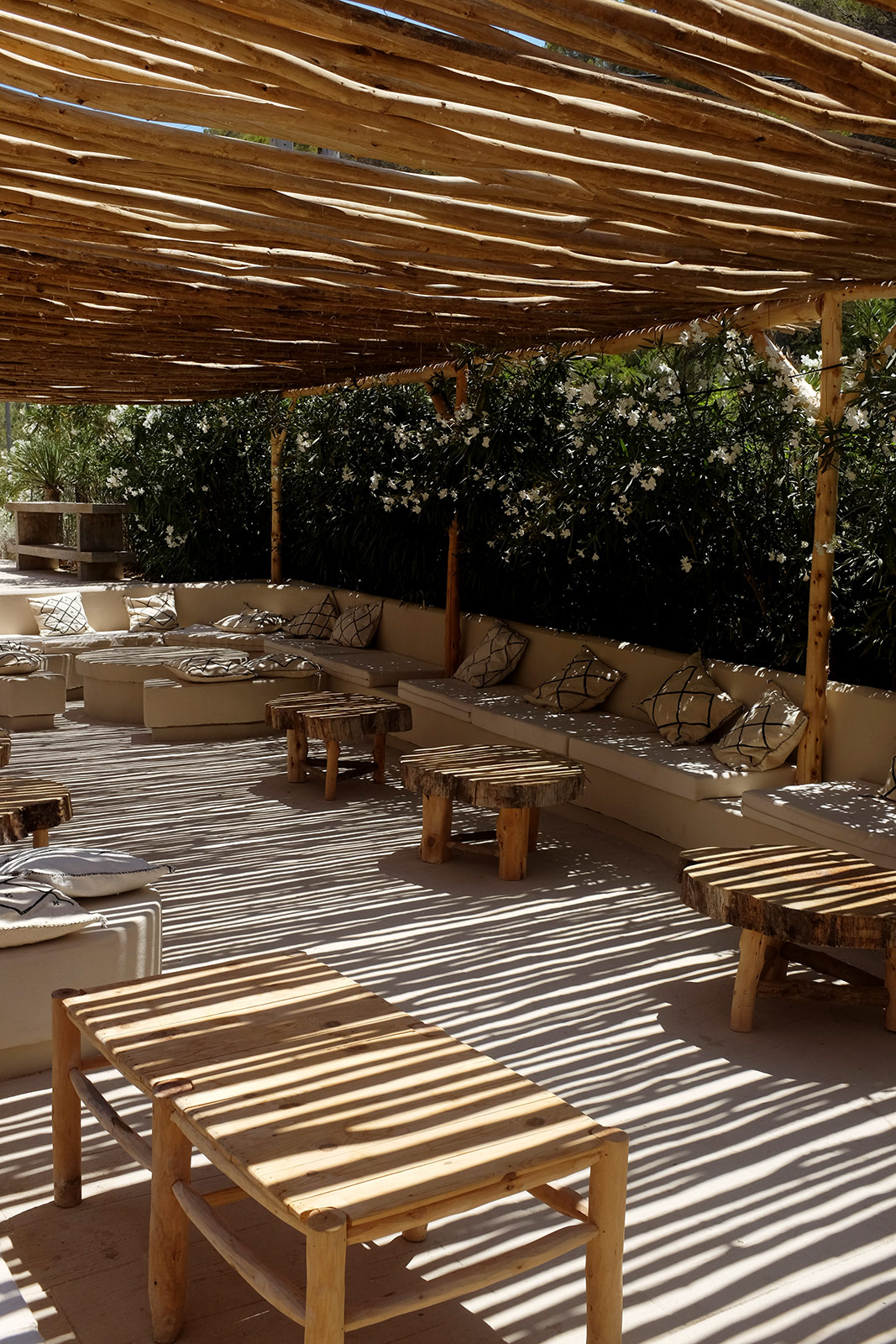 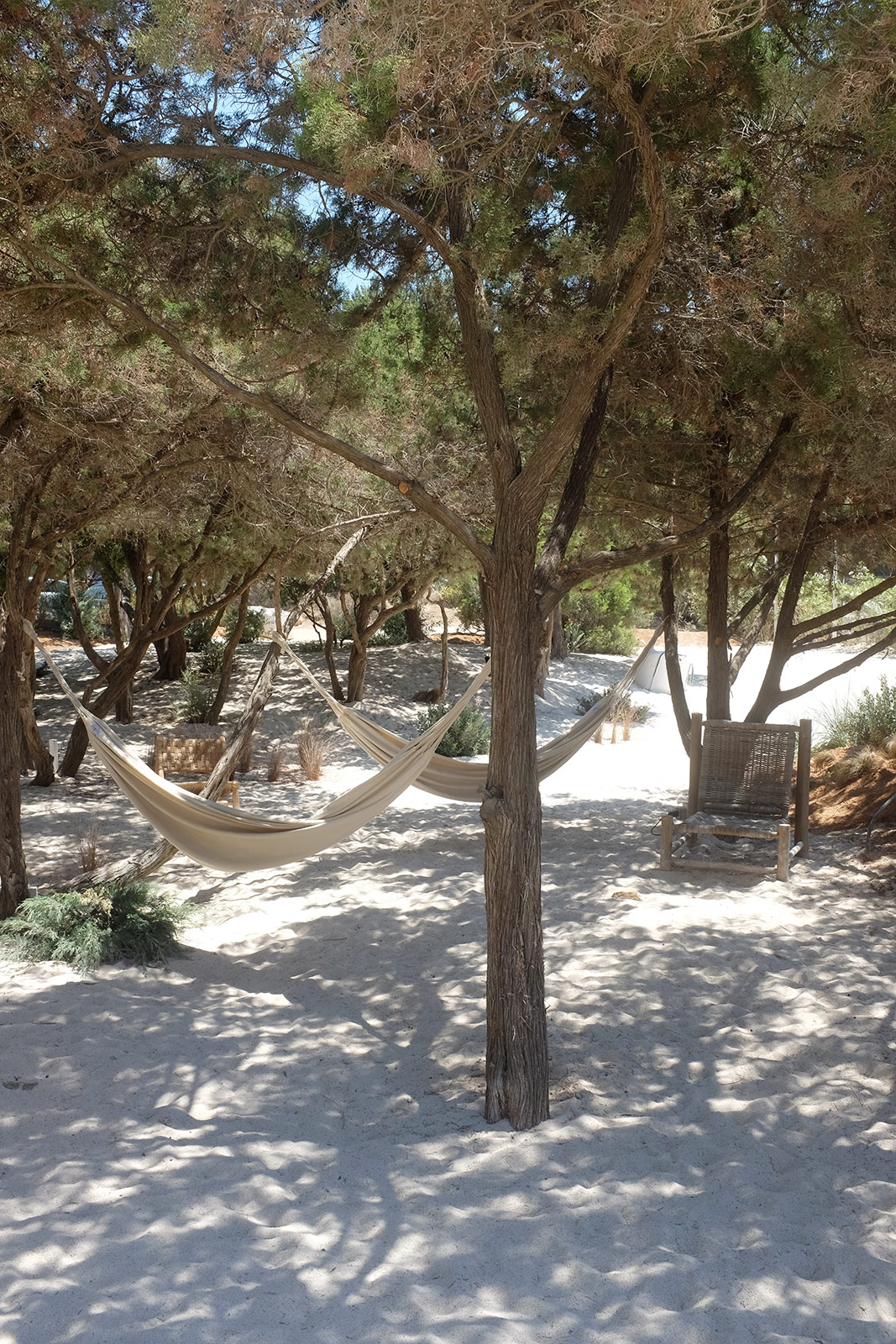