Absurdity at its finest 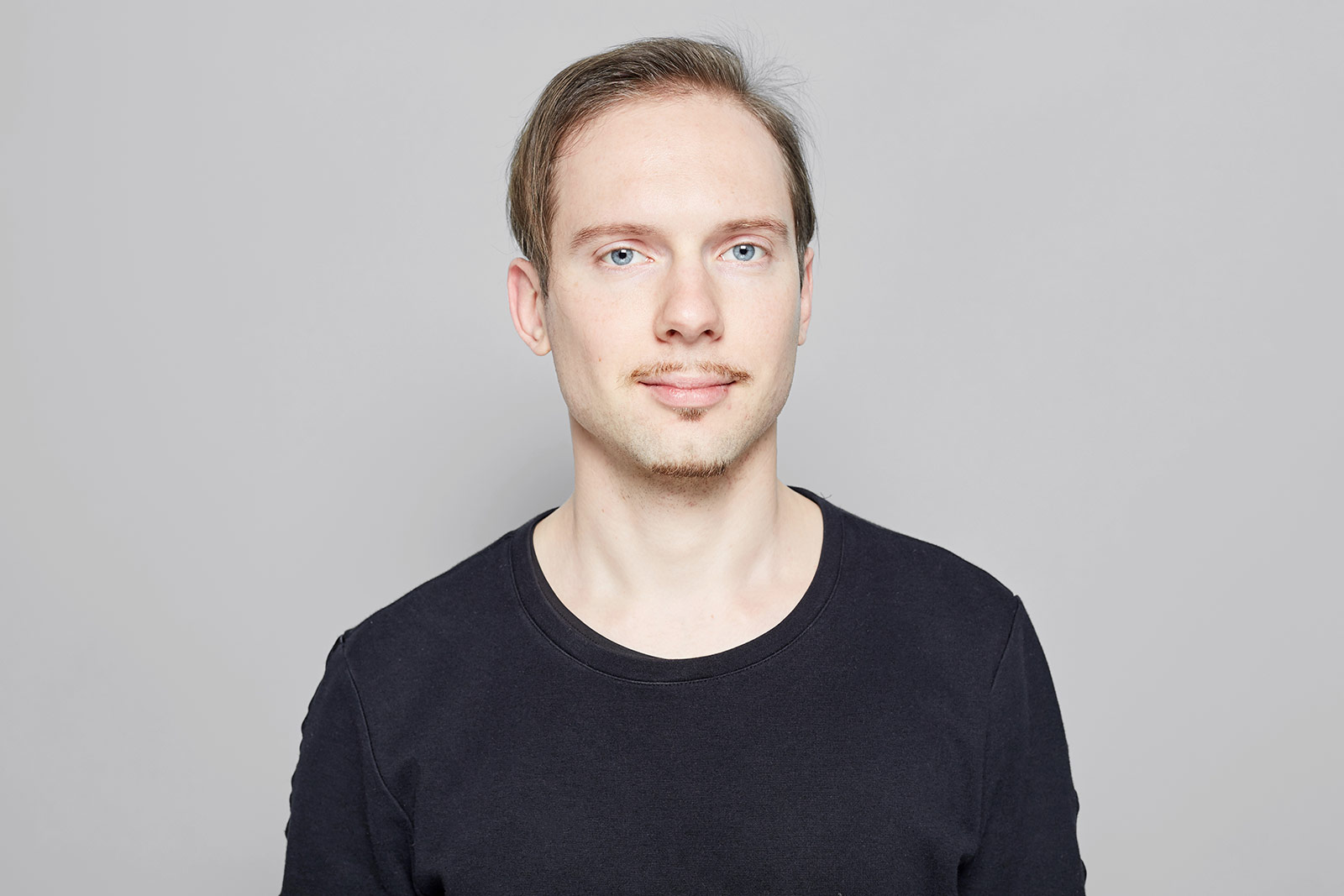 An expert at trolling, whether be it by making believe he had invented a new colour and even going as far as creating a fake website with videos that ended up deceiving a lot of people. Or by buying white tees, printing funny phrases on top of them, then returning them to the store, and a few days later, finding out they are being re-sold, changes and all. Egor Kraft’s practical pranks are actually performance pieces, and whether you find them charming or not, you have to admit this guy is a genius.
Could you introduce yourself?
I’m an interdisciplinary artist working in visual and conceptual fields. I was born in St. Petersburg (Russia) and, at the moment, run a nomadic life between Vienna, Berlin, Moscow and London. My works are usually films, installations, objects and interventions. In my current practice, I often explore the emerging territories and possibilities of communication and their correlations to topics such as information, identity, politics, the Anthropocene, time and perception.
You seem to refer to iconic art history pieces in a very literal way in some of your work, why so?
Perhaps because I’ve become too academic after studying so much? Frankly, I wouldn’t want my work to sit in the academic framework and I always look for ways to engage with a wider audience. I guess you’re right, the approach and language with which I communicate in my work have developed in somewhat contextual and sometimes referential. However, this has never been my aim. 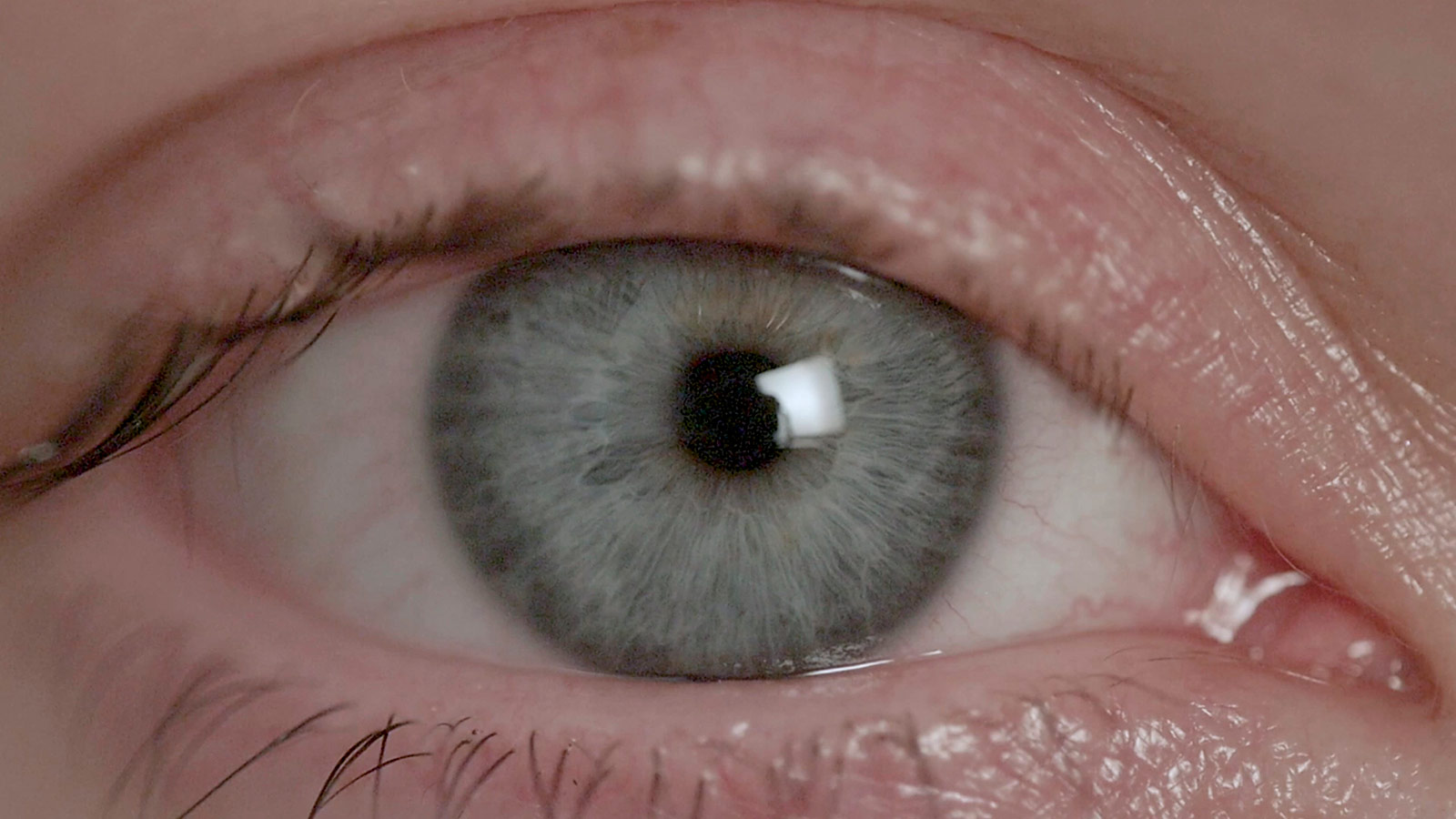 Egor, you are also quite interested in semiotics, especially in the meaning, or lack thereof, of words. What is it that intrigues you?
Well, I believe that, in the first place, art is a variety of all sorts of communication forms. Language that enables communication has always been conditional and relational and hence never exactly the perfect medium to execute all the impulse communication might encapsulate. Language has a certain set of rules and conditions that shape that which is being communicated by its means. The same applies to all the variety of mediums that artists use. I’m actually very interested in some very basic things such as, for example, what is the essential impulse of communication? Does it necessarily contain a message, an emotion, an instinct, a need? Hence, I’m very interested in semiotics, and particularly as to how can one break free from those language forms or, at least, go a little bit beyond those rules they impose.
You seem to dismiss the effects that social media have on society, therefore, is using the Internet to promote yourself a necessary evil to you?
Not at all. I’m more interested in thinking of the ways in which it tends to develop rather than make judgments. And my observations so far suggest that these media tend to move towards creating these mirror-made bubbles around us, in which we may emerge into our own narcissism, occupied with subjects and objects we identify with. On the other hand, everything tends to be even more connected at ever faster speeds and interwoven with increasing complexity. Everything seems closer together and, yet, is not at all so.
You have made a blatant unfavourable comment on fashion before with Kickback, where you trolled a big company like H&M: you bought white t-shirts, which you printed on ingenious slogans, only to return the modified items and to find them the next day being sold in-store. Do you believe that the whole industry is hypocritical?
Yes, hypocritical but also a very tricky one, in which attention is leveraged to produce profit. Where the quantity and quality of things on the market is not defined by the demand of an end consumer, but instead turned into a commodity fetishism and imposed by the means of media, advertising and all types of marketing. What particularly interests me in this situation is the role of attention, how is it being manipulated, what are the means of resisting these processes and also attention as a form of valuable commodity itself. 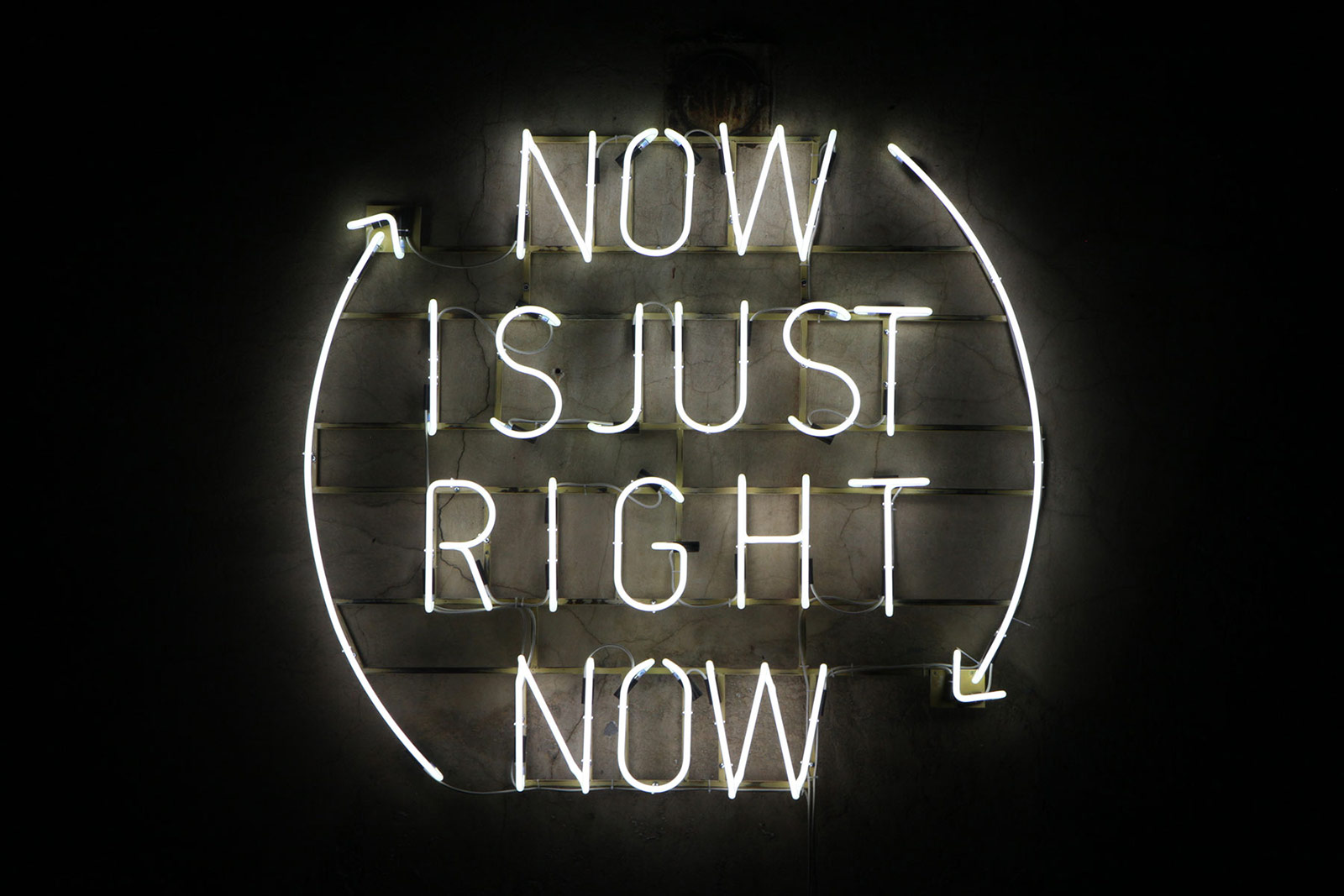 Is the point of The New Color, the same as sites like The Onion, where they satirise fake news?
I’ve never heard of The Onion before and have just looked it up and found it interesting. The New Color was initiated in 2011, at that time terms like ‘fake-news’ or ‘post-truth’ weren’t that common. And I was surprised to realise how easy it was to manipulate public opinion by using very simple means, a simple website, fake interviews and basic special effects. The work has been evolving ever since I launched that website and I still keep receiving emails with enquiries about the new colour on a daily basis.
Was the goal of the project to awaken the critical spirit or to deceive people?
Besides attempting to awaken the critical spirit, I’m happy if the work is able to reveal the manipulative nature of media. And I’m also interested in the idea of seeing beyond what our means of perception enable.
Are your pieces Now is Just Right Now and This Very Moment your way of conveying the age-old message of seizing the day, à la Dead Poets Society (1989)? Or does it go beyond that, taking into account how young people behave nowadays?
Oh, it’s interesting for me how you read those pieces. While coming up with these concepts, I was interested in the essential idea of the perception of time beyond the context of age or generation. I was looking to manifest the irreversibility of the flow of time and reveal the basic hypnotic property of any time-based media and semiotic features of text. I wanted to create this attention trigger: when a viewer reads the text, which states the moment of now, one then simultaneously experiences the refraction of their own perception of time, since we tend to forget ourselves whilst immersed in the reading process. 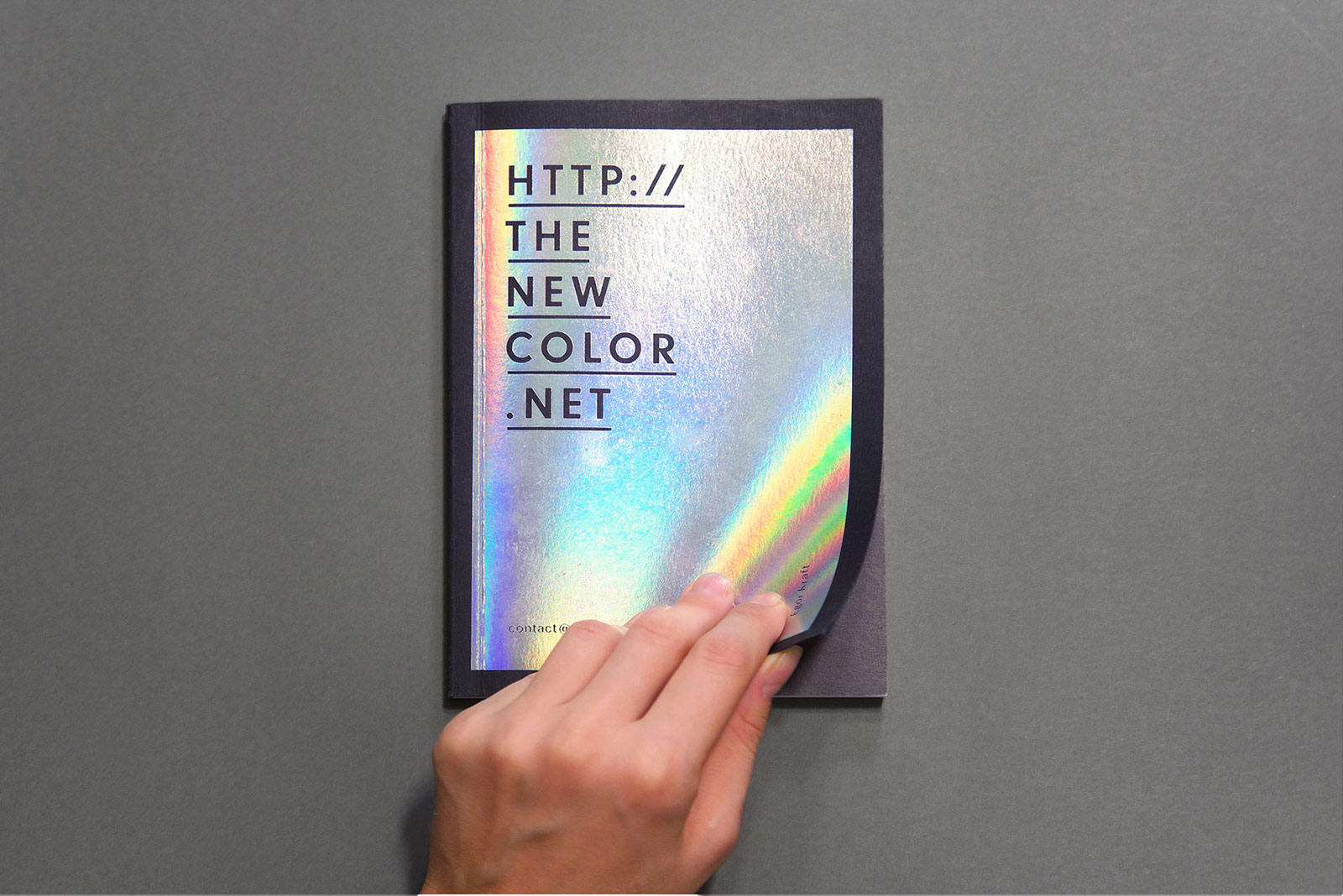 There is a critique implied in your work towards millennials, as you comment on the inability for some to stay present in the moment, as well as the alienation of online interaction. Is it directed to them directly, or those principles set in place that have shaped the generation?
I’m glad to see this critique could be read in my work. I don’t think art is there to change someone or something, I rather like to see it as a sophisticated way to communicate things, but not necessarily imposing moral implications of how should one act or things should be. I believe it is already enough if it’s capable of reflecting certain tendencies of today.
When can we expect the tosay.it project, an online worldwide initiative of people posting guerrilla artwork of thought-provoking texts, to be relaunched? What moved you to reintroduce the series, and what do you think will be the repercussion of this?
Thank you for this question. tosay.it is a project that was launched a while ago and was mostly active between 2008 and 2012. The Internet was a different place back then and the idea of seeing it as a public space that extends the physical public space seemed fresh and even radical. Things have changed and defining the boundary between the two probably doesn’t make much sense today. Hence the relaunched tosay.it will be very different to meet the current situation, which I hope we will see sometime soon.
Would you like to tell us about other endeavours that you are currently working on?
I’m now working on a few things. One large new project is a research and a series of sculptures titled Content Aware Studies. It aims to study, reconstruct and reproduce the lost fragments in friezes and statues of Late Antiquity and Hellenistic periods based on the results of recently advanced, algorithmically generated, synthetic intelligence and machine learning technologies. So in simple words, together with the experts in machine learning technologies, we’re developing AI that would be able to reconstruct 3D models of the lost and missing fragments in renowned pieces of Ancient Greek and Roman sculptures.
Precisely based on the generated content, the missing fragments are going to be fabricated using 3D printers and transparent (crystal clear) resin casts. These will be produced in the exact scale to be further installed along with casts and/or reproductions of the original sculptures filling the gaps and missing fragments. In this project, I’m interested in addressing such questions as: what are the potentialities of methods involving data, ML, AI and other forms of automations turning into semi and quasi–archaeological knowledge production?
And philosophical questions towards both automated interpretations and productions of knowledge, history and culture in the era of ubiquitous planetary-scale computation. What visual and aesthetic qualities for such guises would they convey when perceived through our human-centric lens? And what about our historical knowledge and mythology/interpretation, encoded into the aesthetics of the datasets, will they survive this digital digestion?
I’m also currently working on a new film–essay about The New Color, which will be ready soon. Air Kiss is another film and research I’ve been engaged in collaboratively. It’s on the potential near future of states, restructured to be decentralised and automated and run by AIs. The film touches upon what are potential political and philosophical questions we might be concerned about in this speculative future. You’re very welcome to follow it on my website and or Instagram. 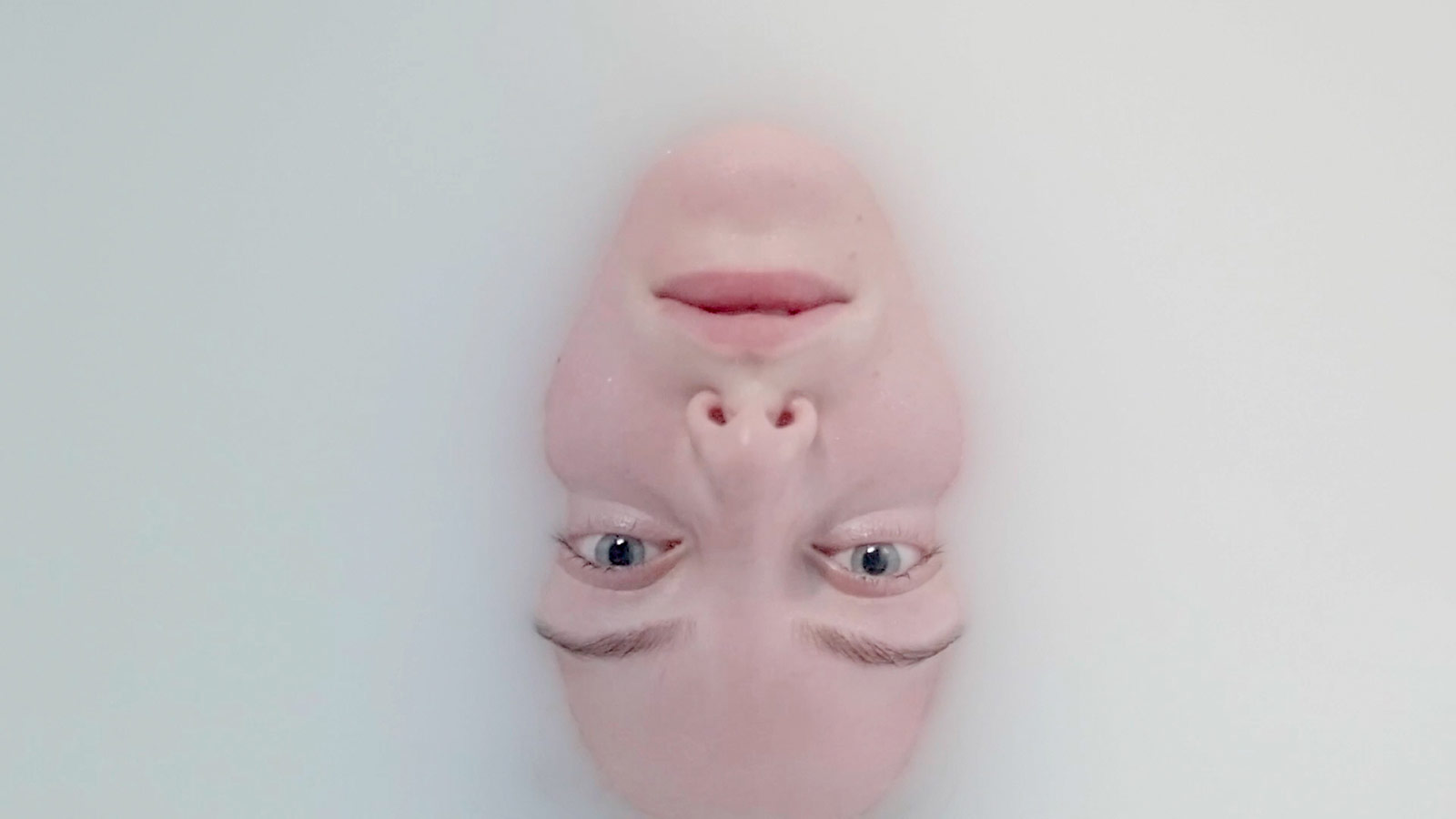 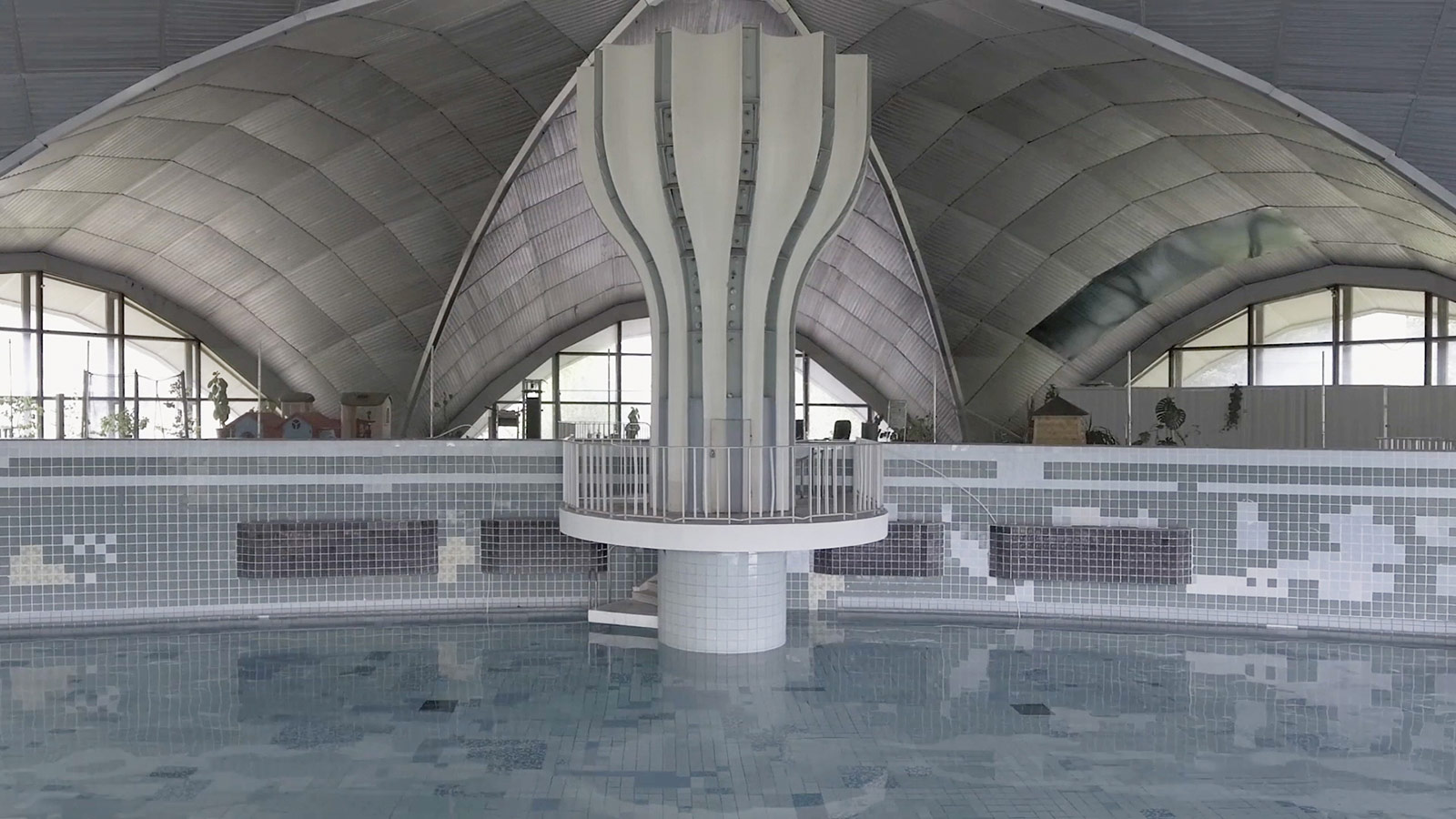 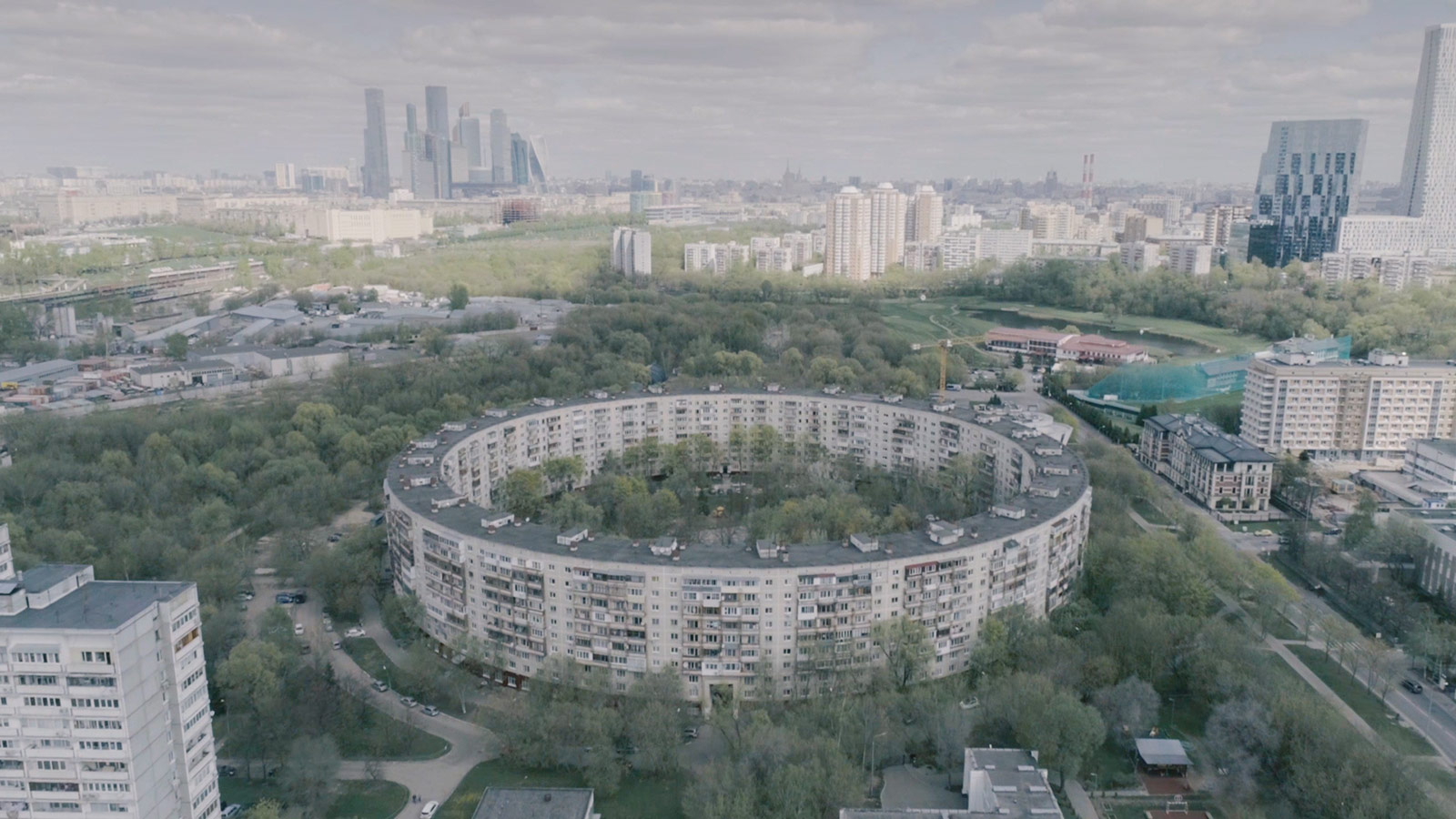 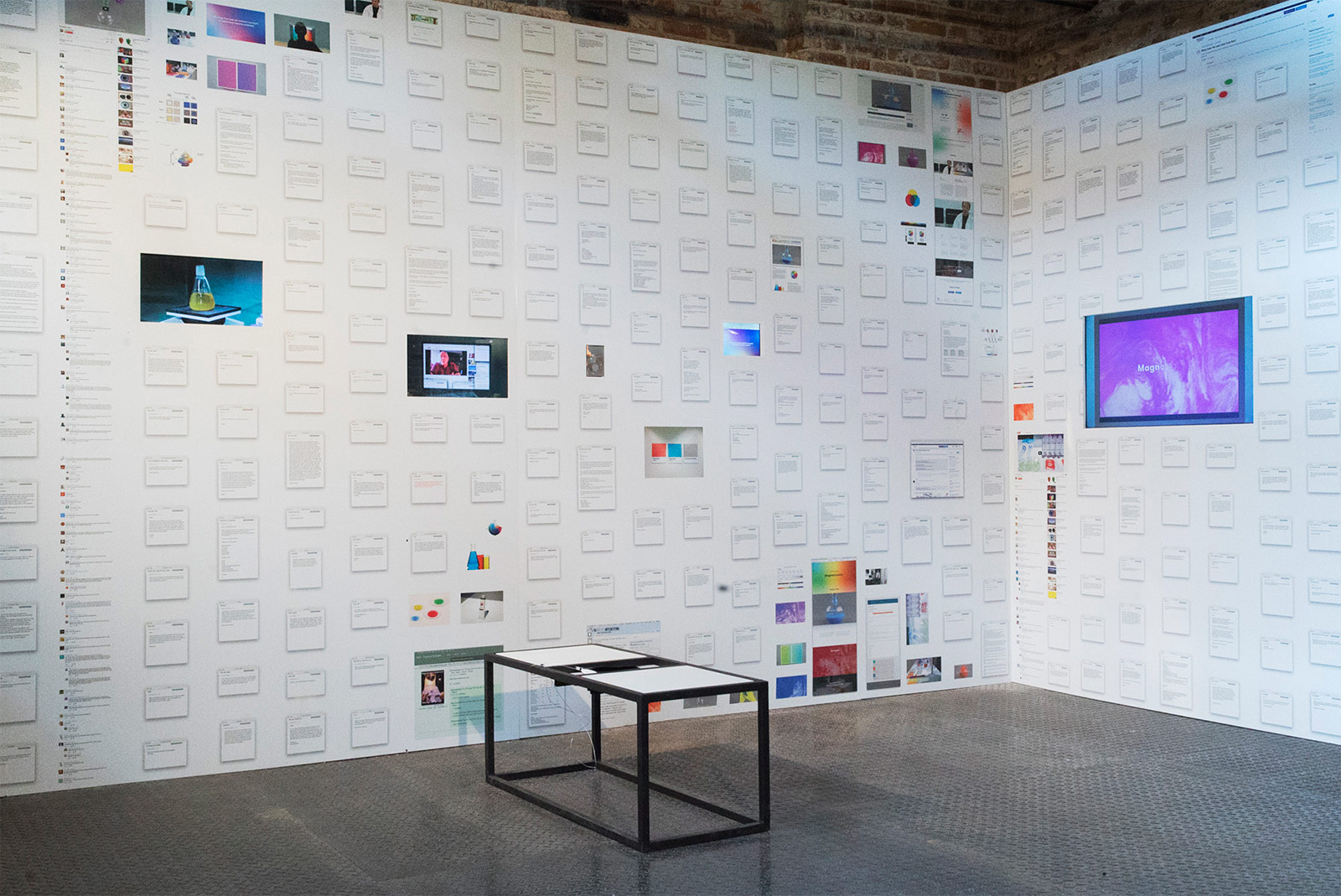 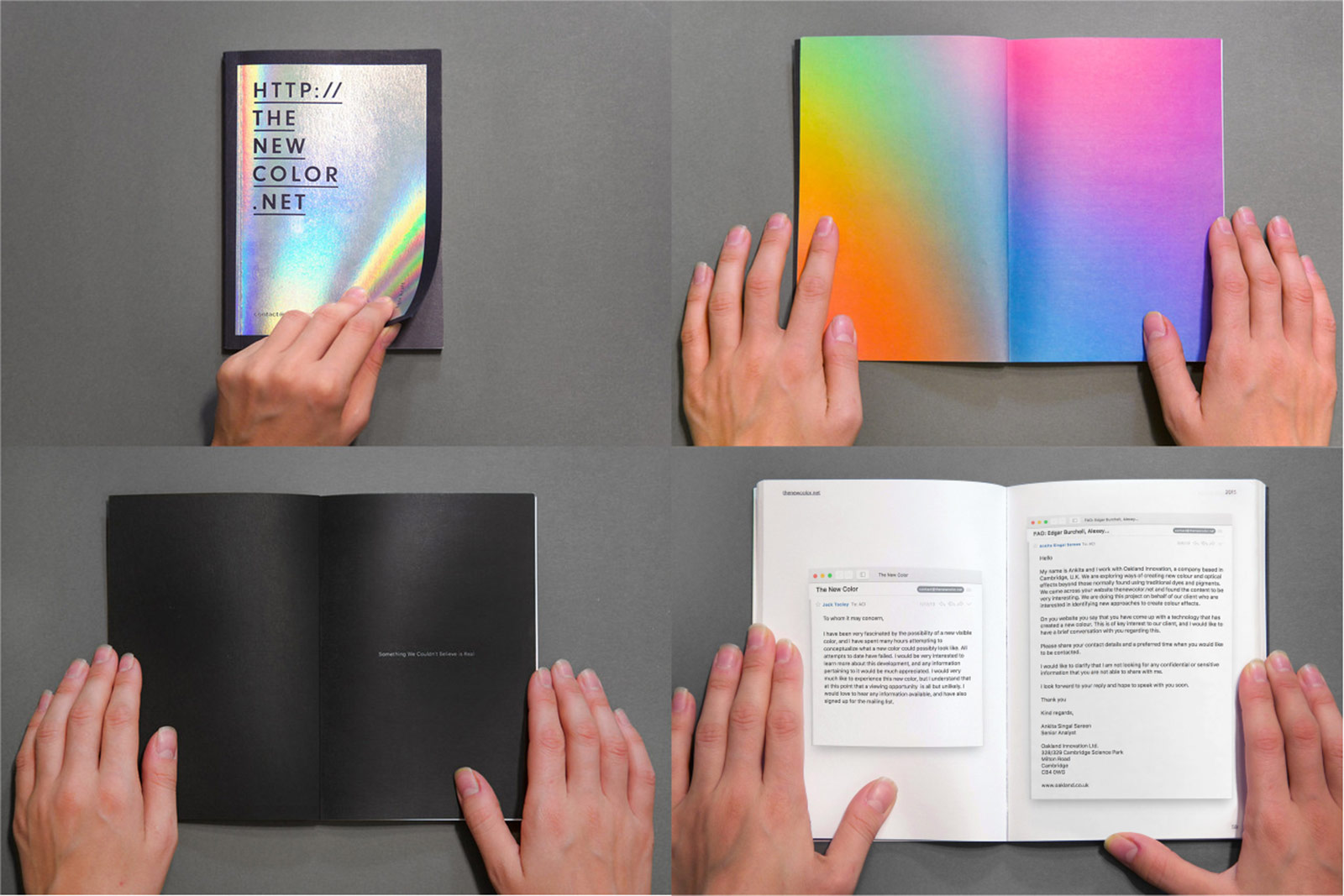 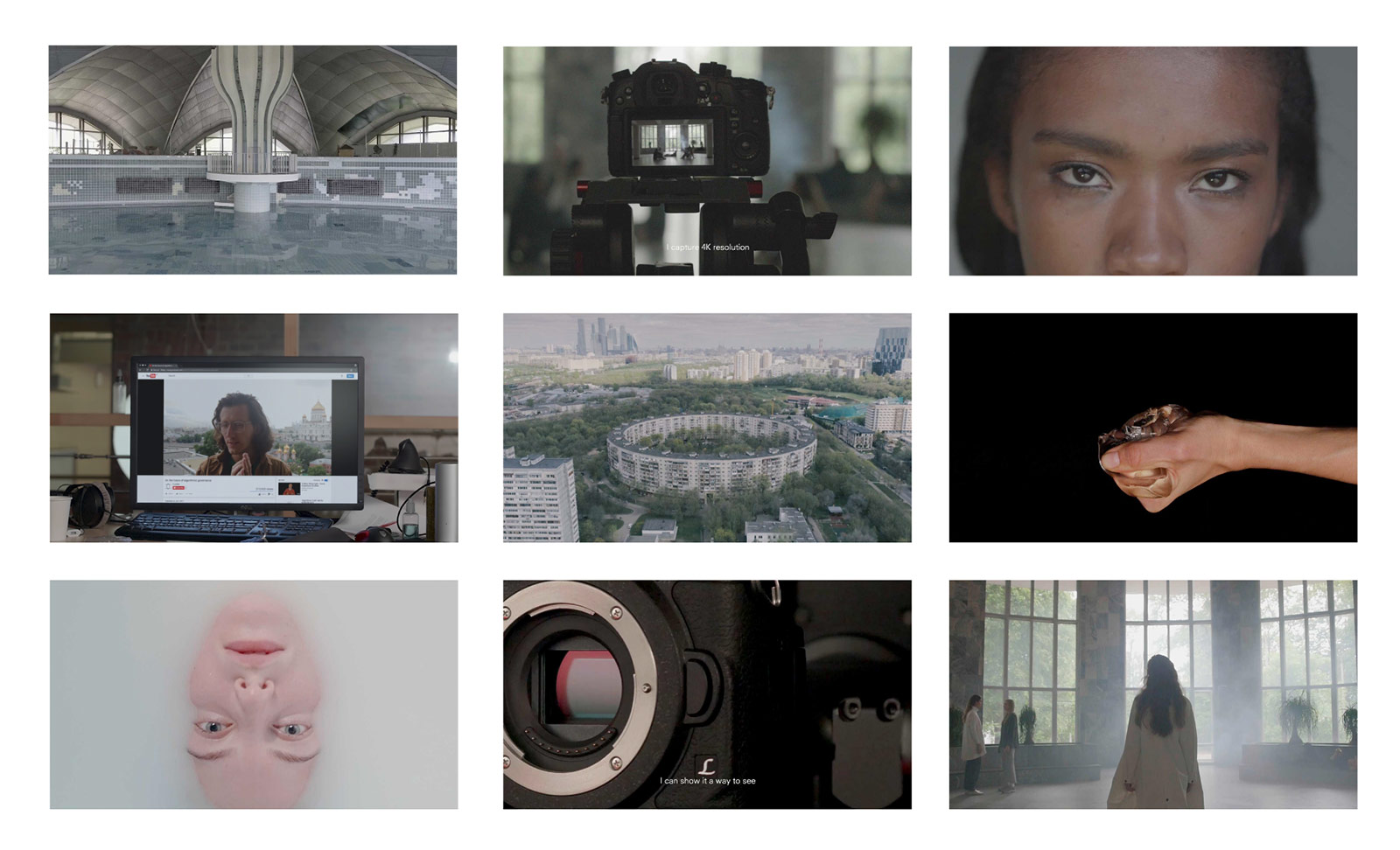 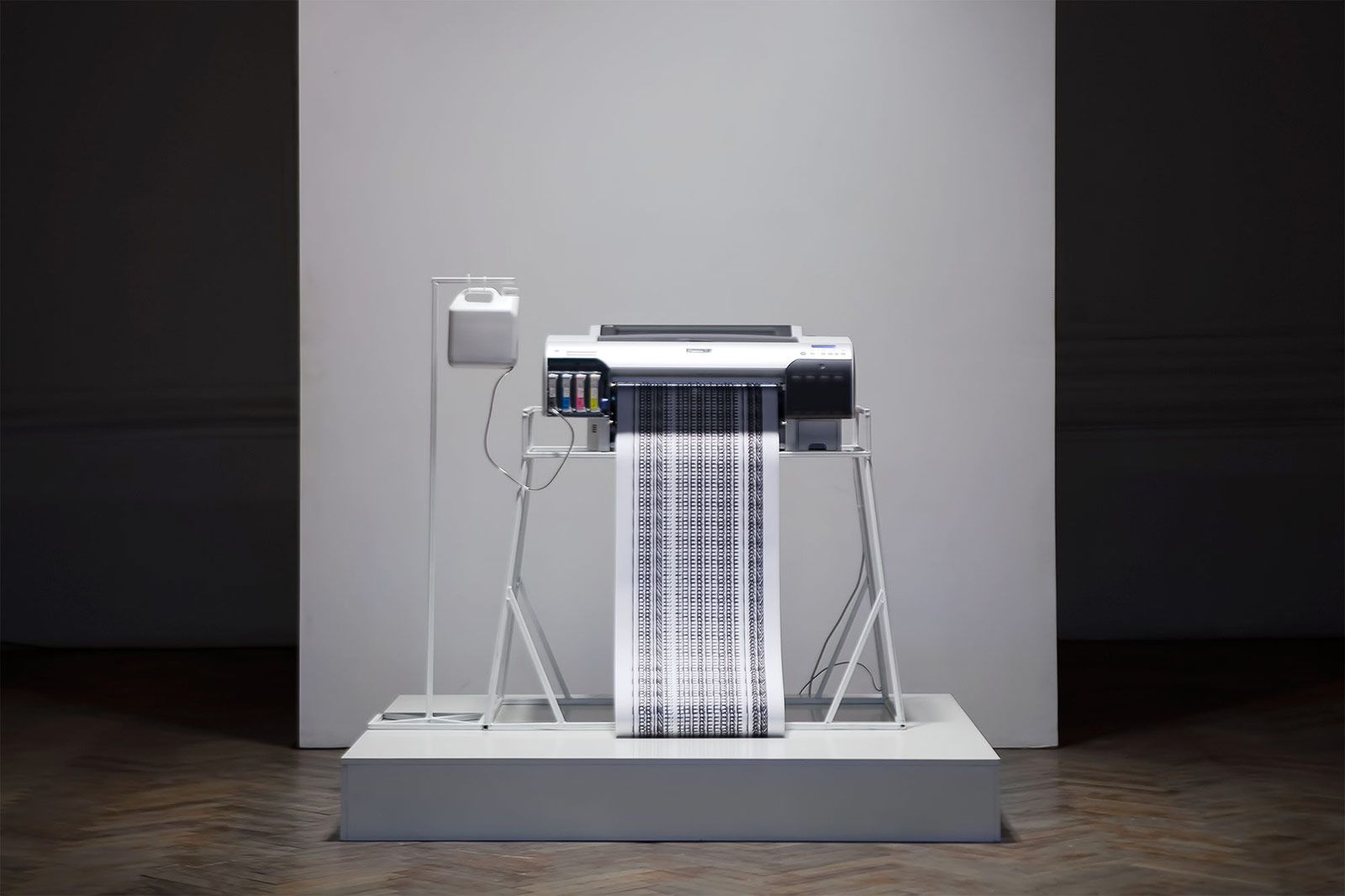 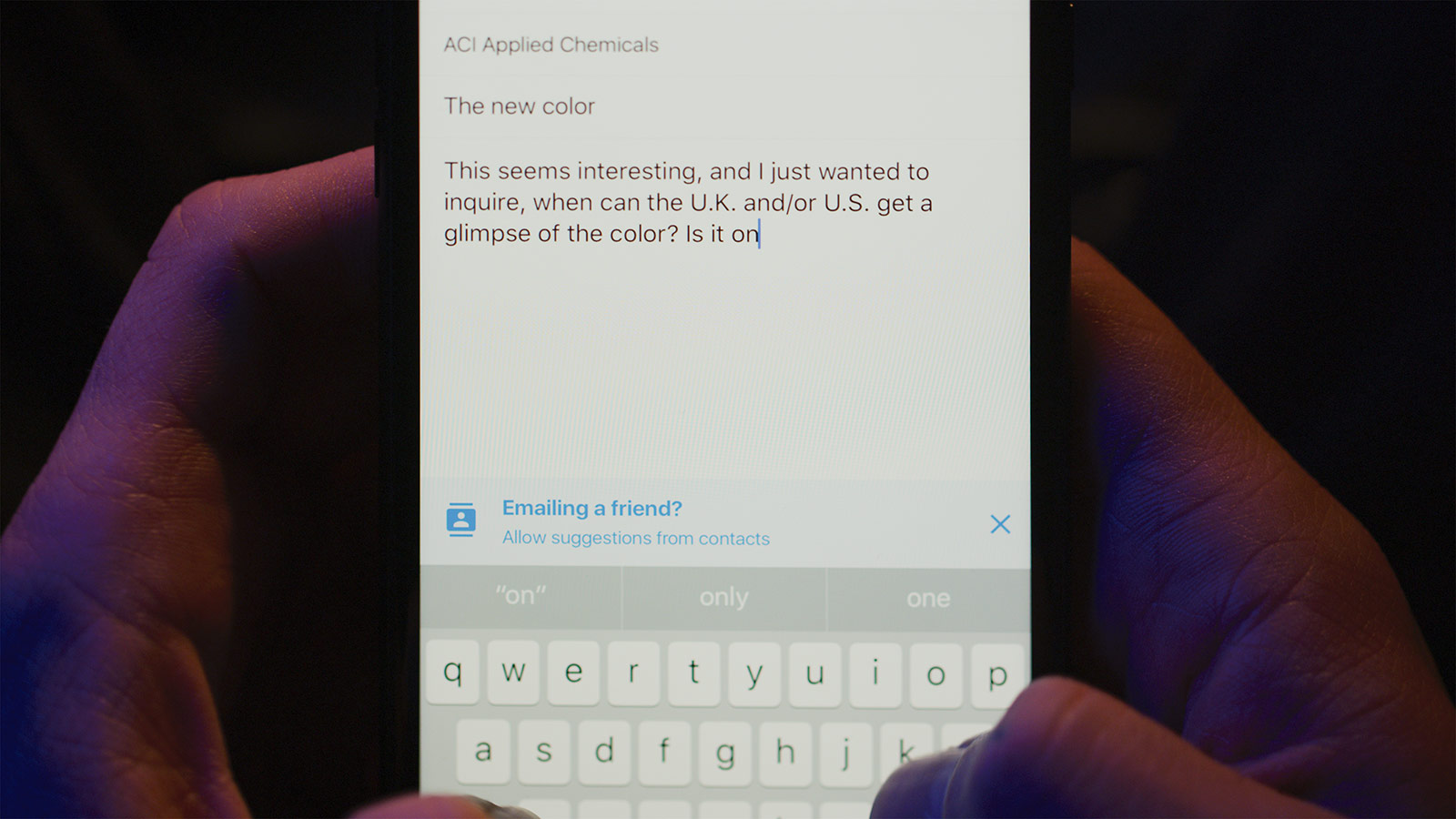 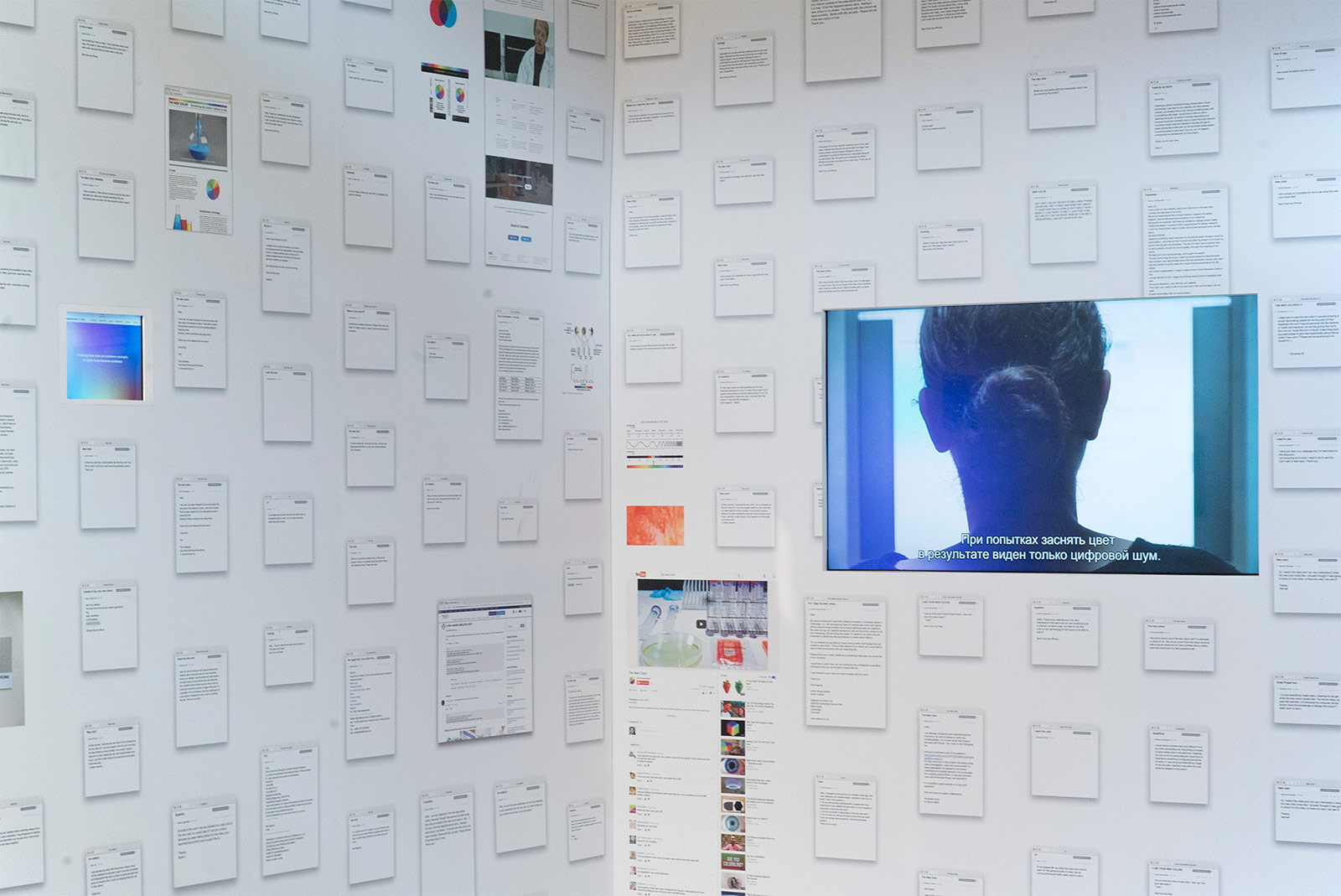 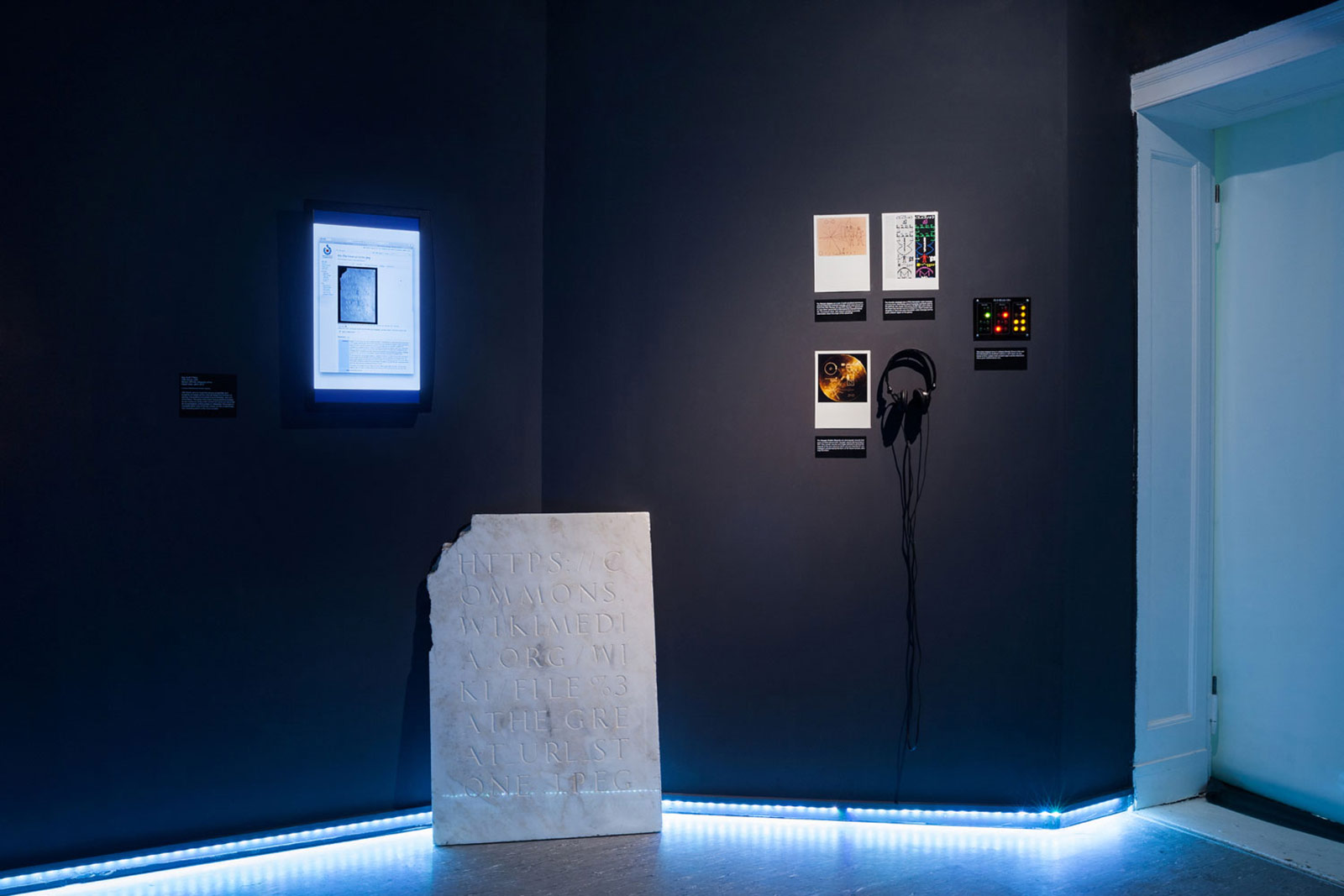 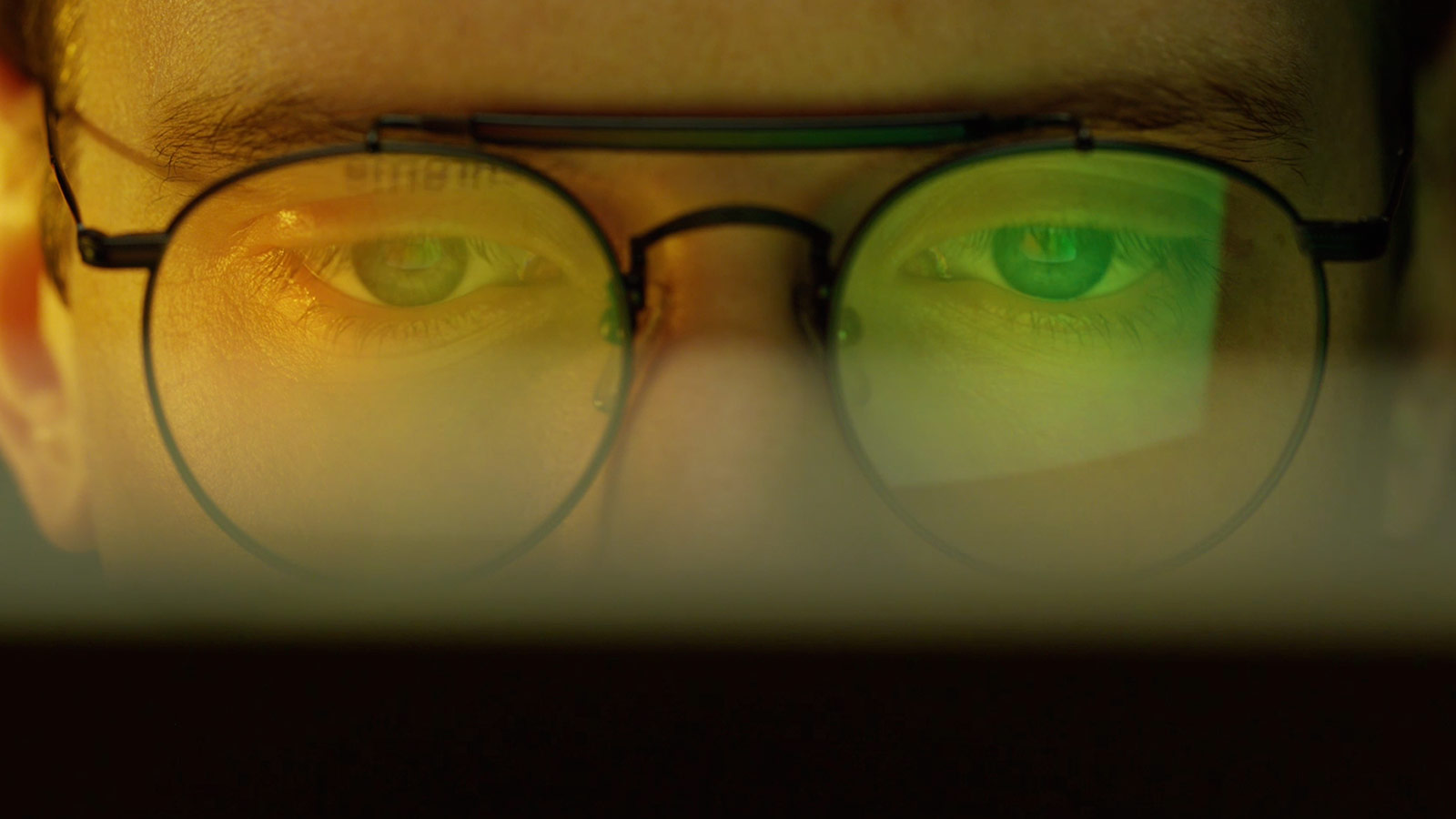 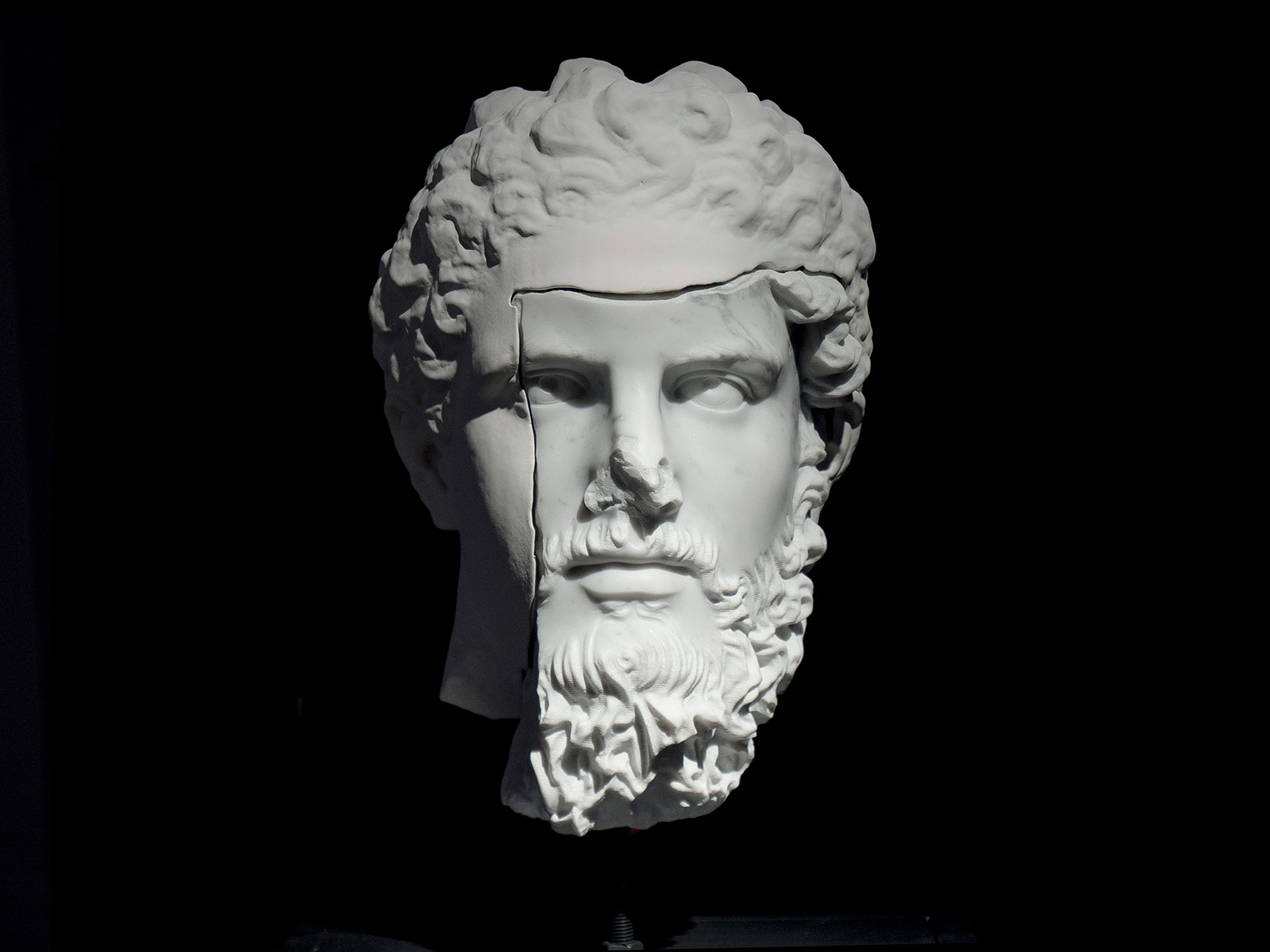 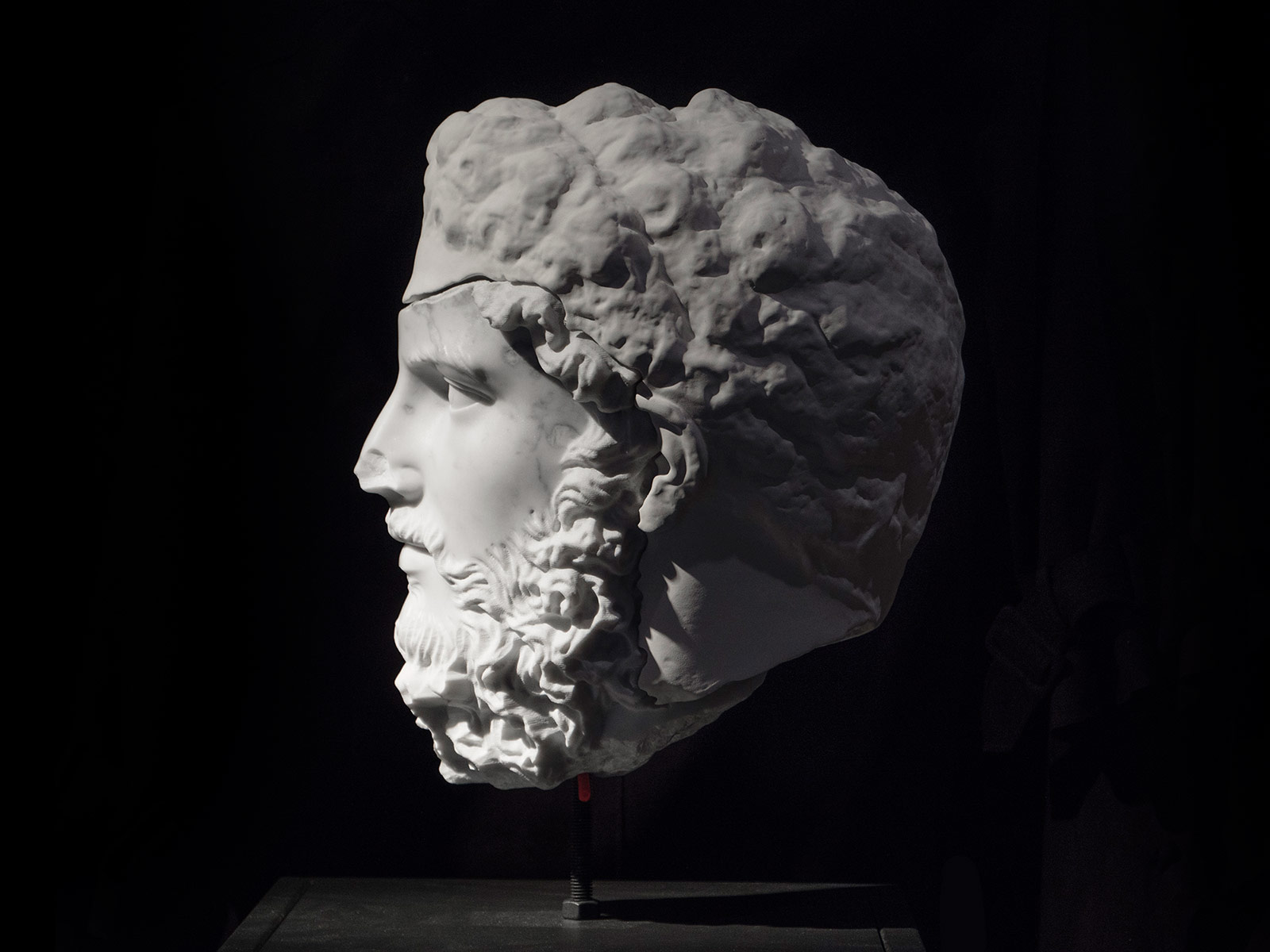 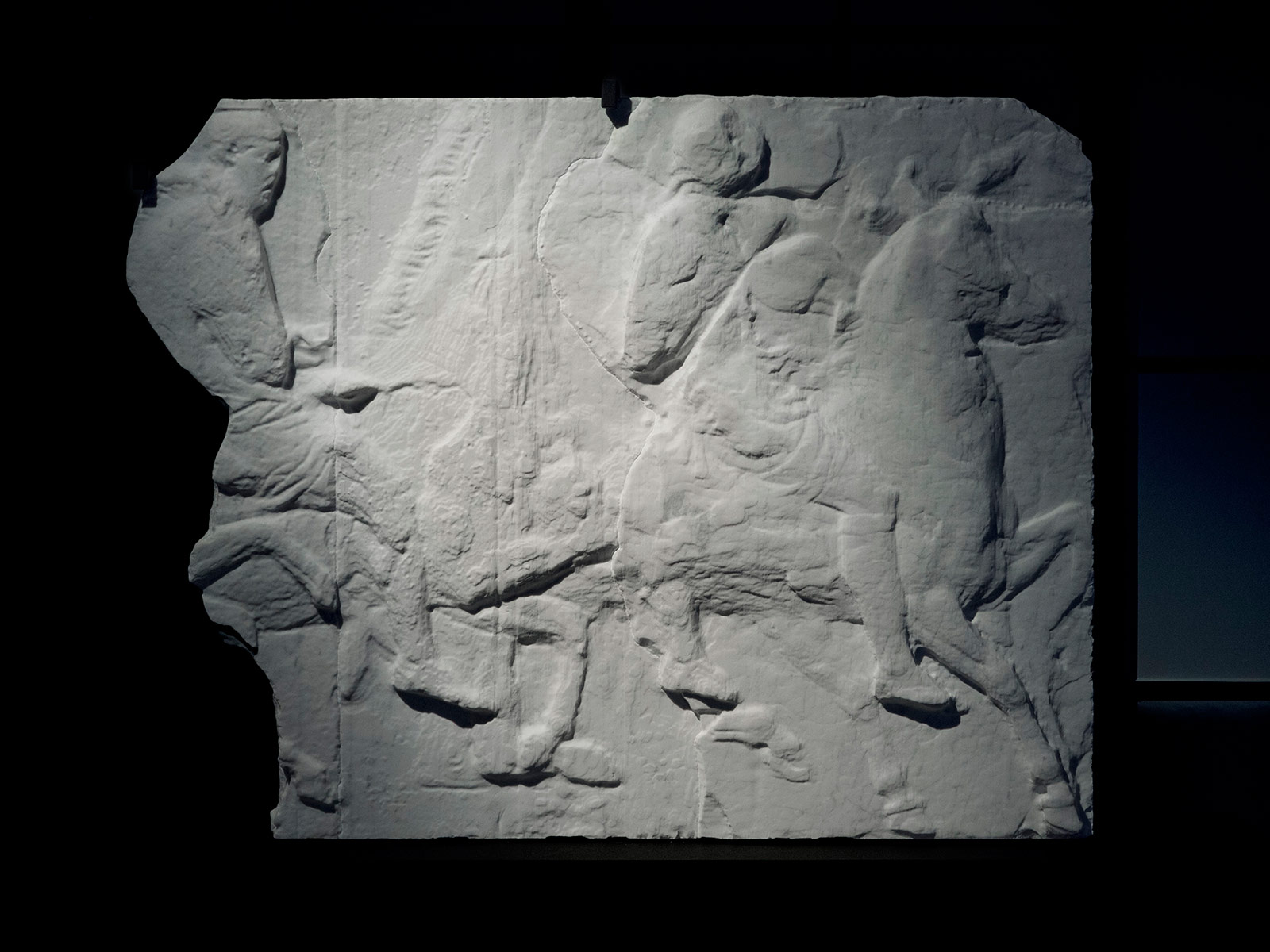 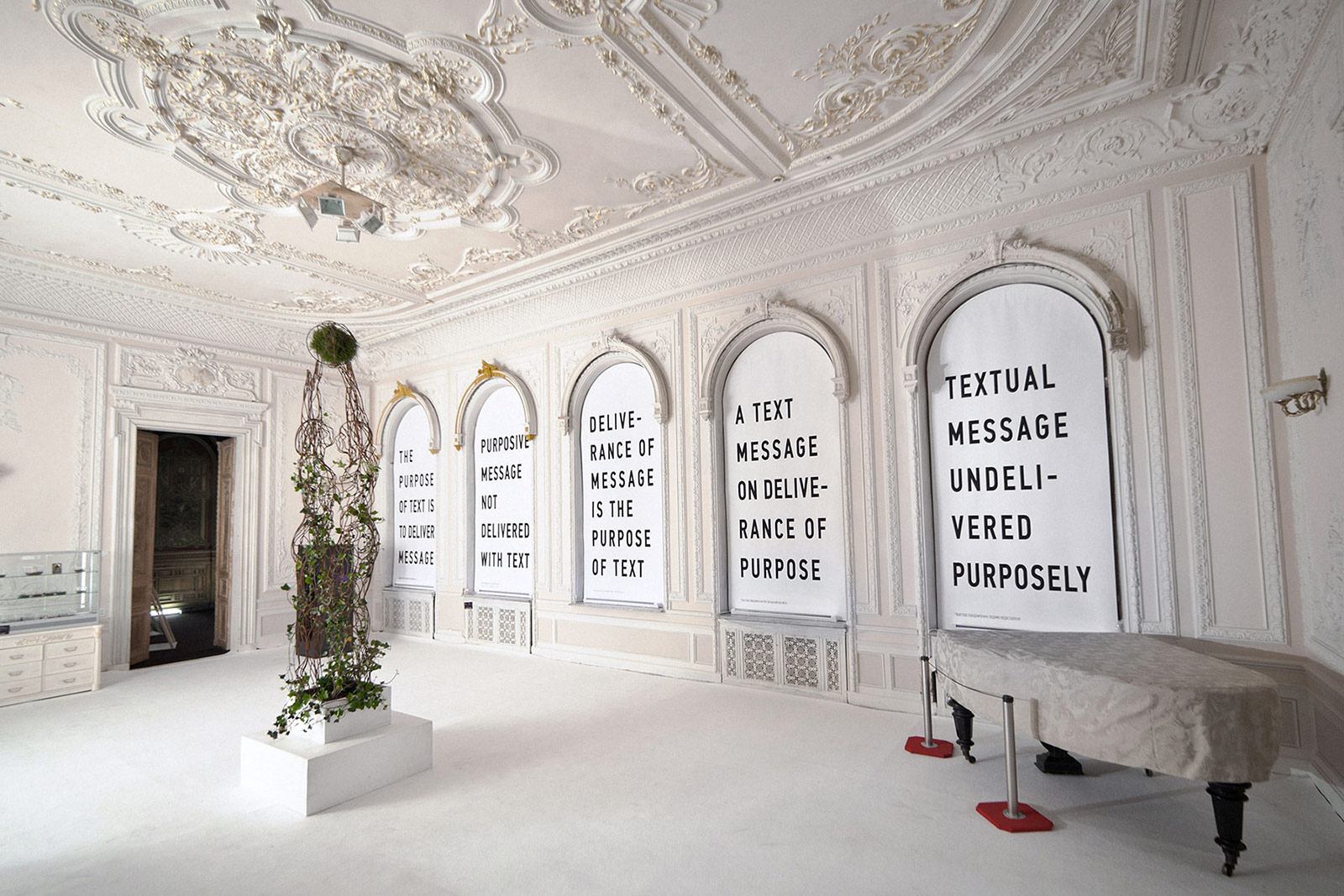 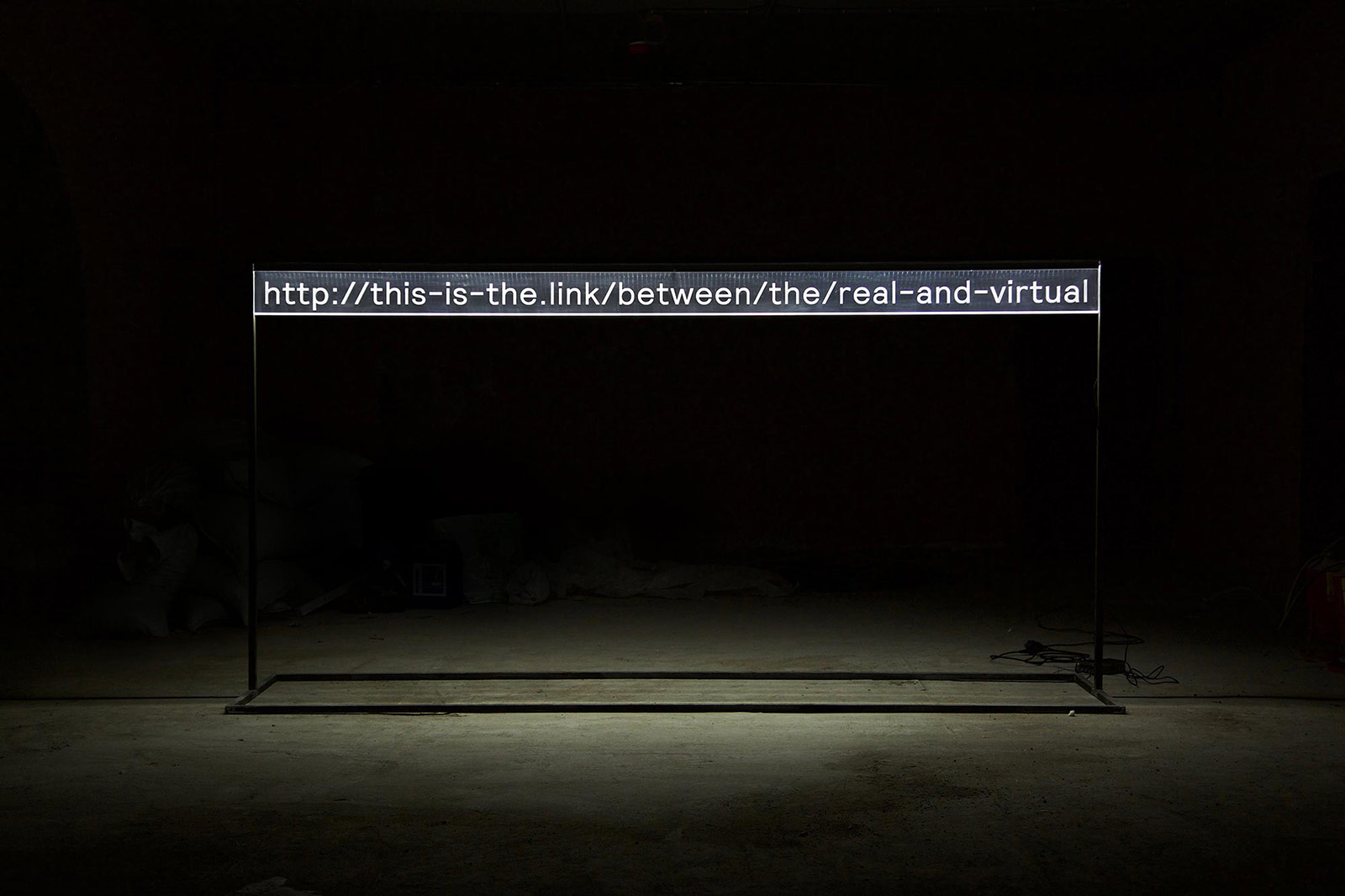 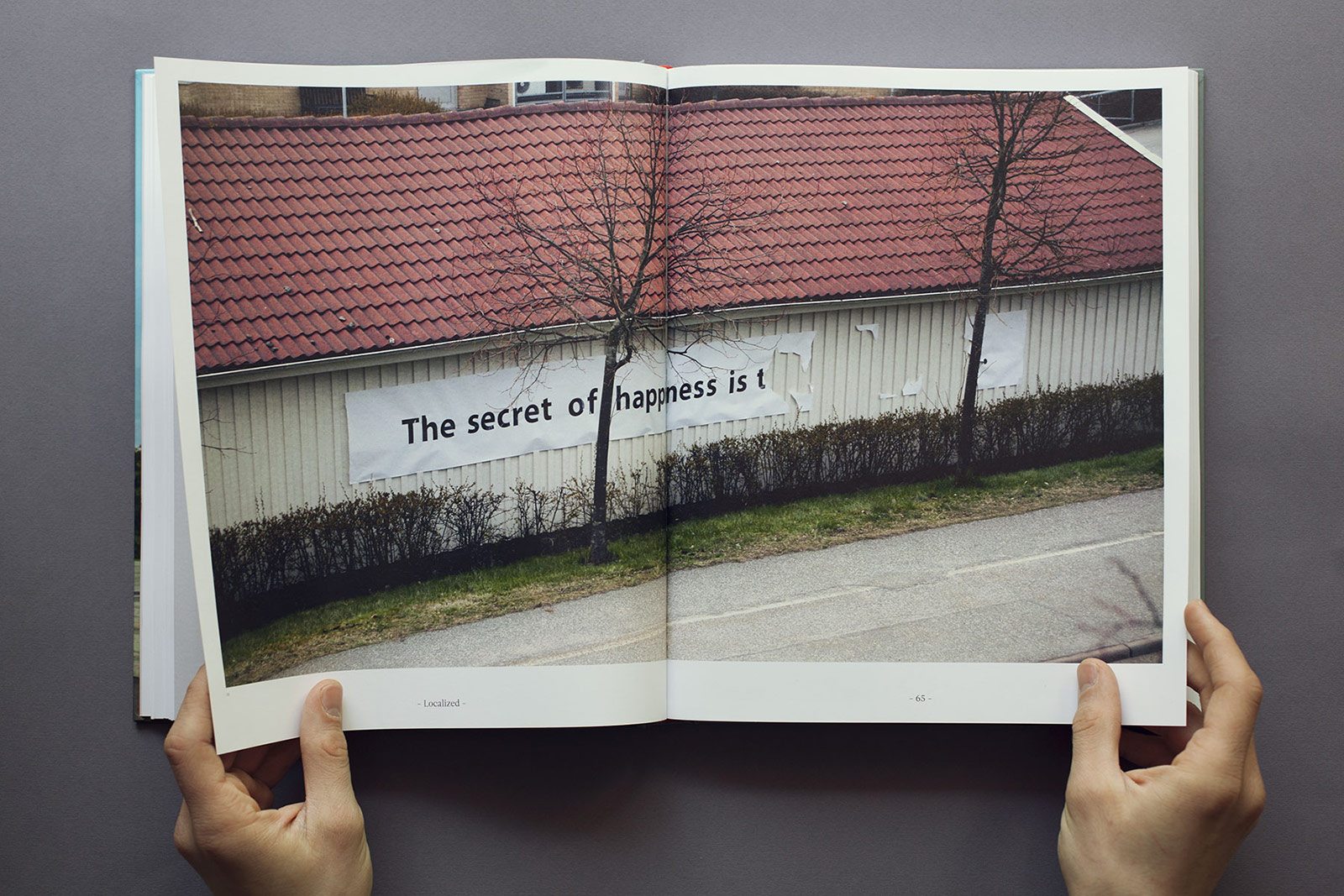