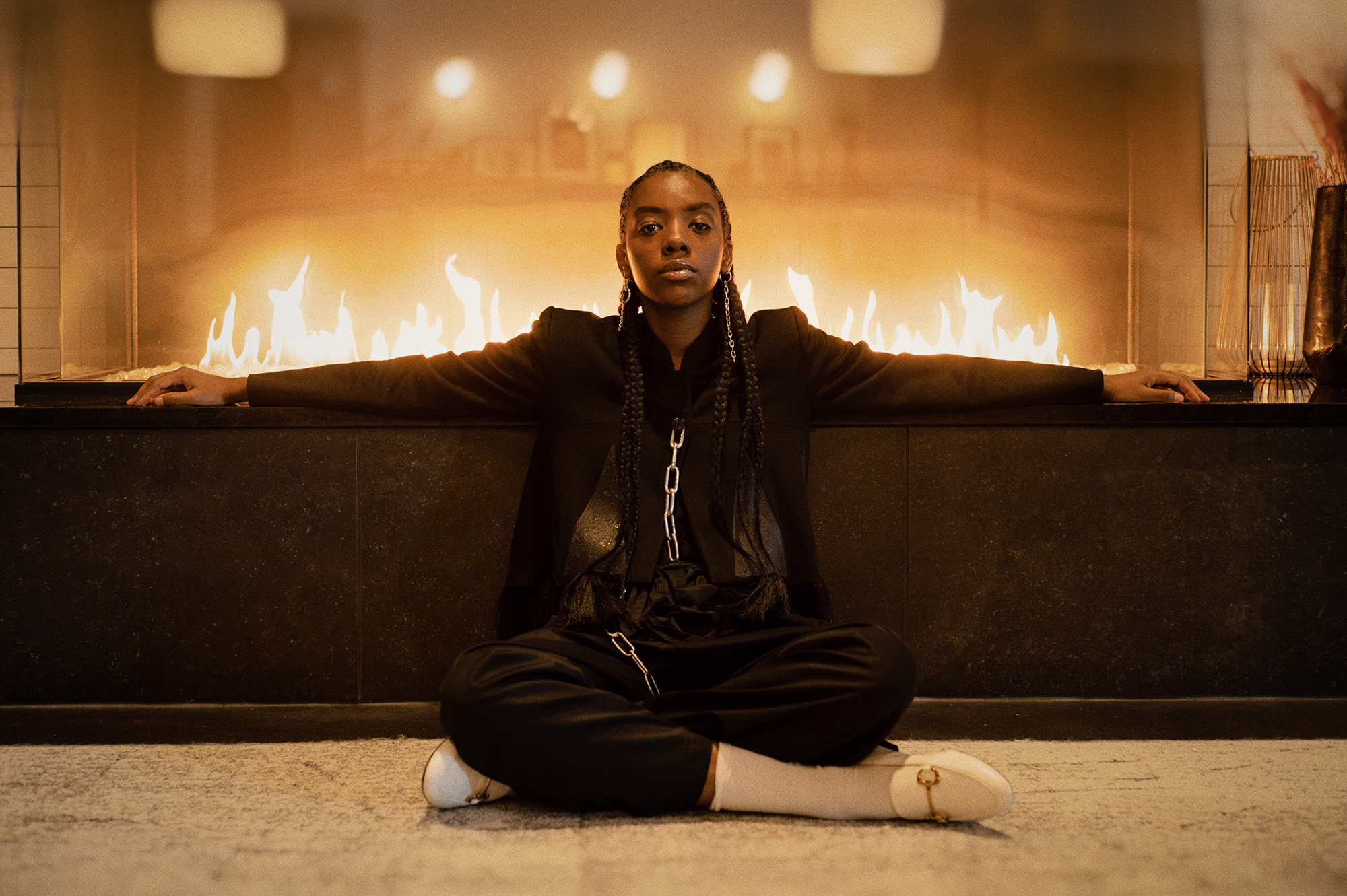 Dua Saleh’s music vibrates with enough energy to shake you from the thickest stupor. Their recent EP, Crossover, bleeds through musical boundaries; it is dance music informed by “the sounds of the Afro-diaspora and the queer club sounds” from a variety of genres. The record is the product of Saleh’s experiences in lockdown, and it just received a deluxe version release. They made it when gathering and dancing in community was impossible. Still perfect for a late-night solo-dance party, the tracks are hopefully already finding their way to dance floors everywhere.
Saleh is a striking lyricist able to weave intricate melodies and reference a diversity of genres in their tracks, yet you might not know them for their music. They made their acting debut as Cal Bowman in the third season of the wildly popular (and excellent) Netflix original show Sex Education. Their role is fictional, but Saleh has a lot in common with Cal. Both have moved around the world a lot and have, as a result, developed a powerful sense of independence. Both also call Minneapolis home. But Saleh’s prowess as an actor is only one trait in a constellation of experiences and talents. One such example is their background in slam poetry. It is perhaps for these reasons that their music flows so naturally; their diverse set of experiences have woven together and led them to the place they are in now.

Saleh is a rapidly developing artist, their debut EP Nūr only dropped in 2019. Psymun, a longtime collaborator of Saleh, served as Crossover’s executive producer and worked with the artist to navigate the record’s sonic shift. Saleh also enlisted Amaarae, Haleek Maul, Chester Watson and Duckwrth as featured artists on Crossover; each uniquely contributing to the dynamic EP’s expansive range. Simply listening to it isn’t enough, it demands movement. So, after you finish reading our conversation with Dua Saleh, pop a headphone on and let your body handle the rest.

Could you introduce yourself and your work?
My name is Dua Saleh, I'm a Sudanese-American nonbinary recording artist/songwriter living between Los Angeles and the United Kingdom. I also act as the character Cal Bowman on a show called Sex Education on Netflix.
You have lived in many different places, and Cal has moved around a bit too. Sex Education presents these incredibly universal experiences, while also sharing school qualities that are so particularly British. How do you balance this universal-specific tension with your character?
Yes, I’ve moved seventeen times in my life. Cal’s sense of independence is what I can relate to deeply, having moved around a bit as well. Their experience of having to shift to acclimate to environments, trouble with the headmistress, and past issues with being bullied can resonate with a lot of people. There was a bit of tension in their newfound understanding of Mooredale that reminded me of my own reflection of cities as a child.
There’s a lot of tension when moving to a new city. This tension helped me understand the importance of being able to best navigate a city and the self-reflections prompted by the city. Knowing the nuances, the ins and outs, the cultural palate, and more are all significant when moving. In addition, people's connection to the city that they’re from is very important and plays a vital way in how they navigate their understanding of themselves. It shapes how they interact with others. This sort of information allowed me to cultivate a better understanding of the world around me and how to best root myself in my truth while being true to that.
Let’s talk about your music. Tell me a bit about Crossover. How did you get from your past EPs to this one?
Crossover is a project that reflects the sounds of the Afro-diaspora and the queer club sounds in different genres of dance music. This project was originally created in 2021 and has now been developed into a Deluxe version with additional material. This project came together during the lockdown period of the pandemic. I craved dance music that exuded joy and boisterous energy-music to dance to in the midst of the murky waters of life.
It came together quickly as if there was energy waiting to spill out of me. The sounds came about through genre, song, and textures. I oversaw the general shift in sound alongside producer Psymun, who was the executive producer alongside myself, with contributions from some of the most talented producers in the industry. 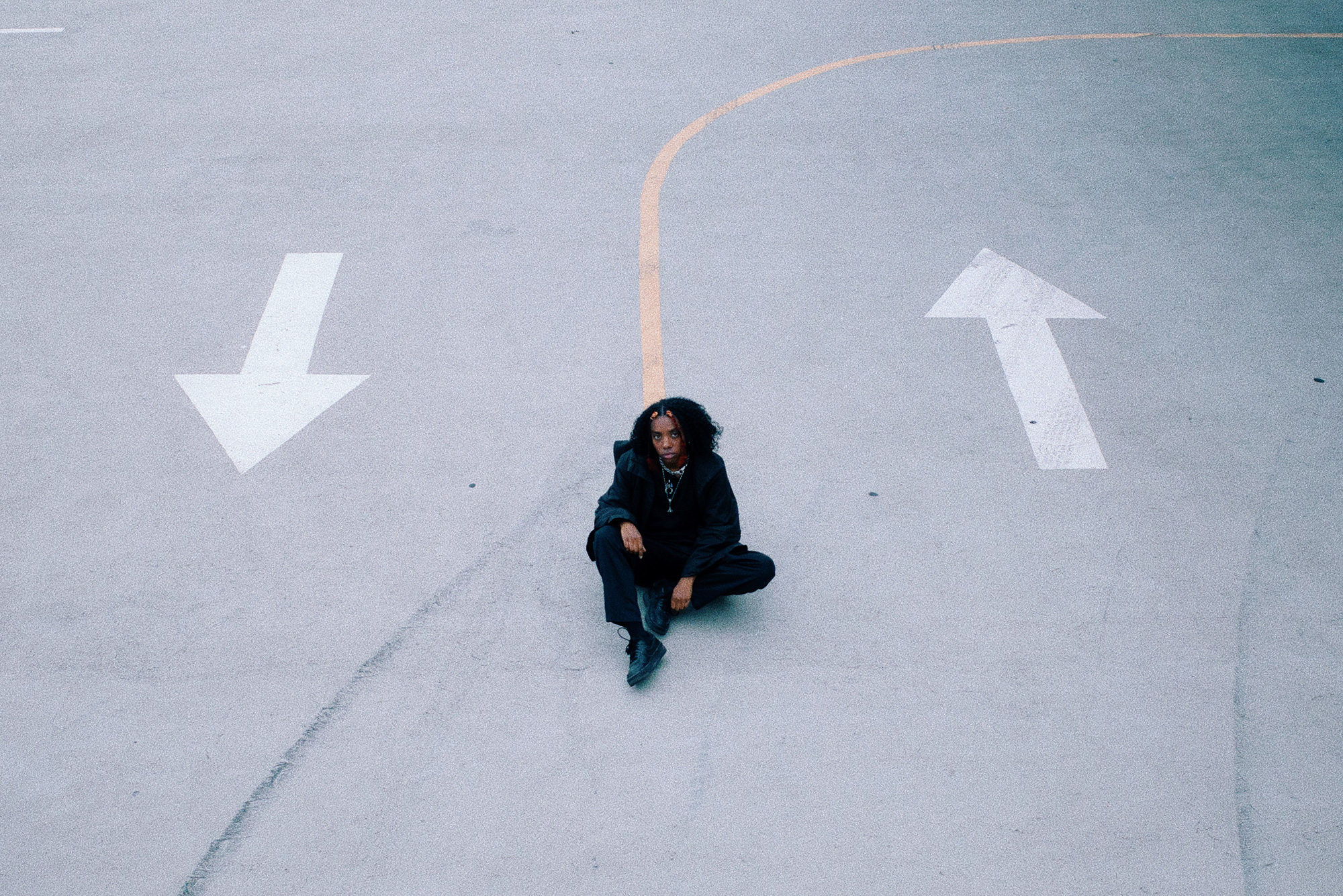 What leads you to a new sound? From Afrobeats and hip-hop to hyperpop, you have a lot of ground on Crossover.
I’m often compelled to make music based on my desires as well as the environment around me. There was a lot of darkness and anxiety in the world and the world surrounding me, it was almost as if my creative desires beckoned for joy to be poured into life. I wanted to lighten the mood of my fan base and the people that I share identities with, as well as the global community. Genres are simply avenues to reflect those needs and to pour into others through the sounds and textures of music that I cherish.
You have expressed hope that some of your recent music might help people to connect with their bodies more, something important following the pandemic years. Why do you think music can uniquely do this?
Music is one of the most successful art forms in connecting with the entire body. We often move involuntarily to music, as it sparks a desire in our physiology to celebrate or release tension-often on a spiritual level for people. This is exactly what I desired for this project, as there was a real need for joy at the time when I was playing with the concept for this project.
How did you and Amaarae approach the music video for Fitt? It is such a creative explosion. What was your creative collaboration like on this project? The video includes a futuristic animated sequence and you have previously talked about your love of anime. What was the experience like of envisioning an animated world?
Fitt is a blend of futuristic Afrobeats, hyperpop elements, and hip-hop carnal enrichment. It’s a mystical club song that is meant to thrust listeners into a fantasy dreamscape. There are elements of ballroom culture, Afrodiasporic magic, pole dancers, and more. I love Afrofuturism and channel that into my lyrics. Through the lens of the incredible director, Dayday, we witness and peer into a world that blends reality and imaginative space through this Afrofuturistic world. When they showed me the animation it was perfect. I love the animation world, so I was excited, especially because it was perfect for Amaarae’s cosmic flow!

You have talked a lot about your voice, and your relationship to it while recording. Your music often plays through various registers and manipulation methods – I especially hear this on Trash Snacks. Could you tell me a bit about this process of creation?
My affinity for this sort of change in my vocal range through electronic augmentation is really invigorating for fluidity in sonic gender expression. I also deeply cherish the music that I listen to. Hyperpop is a genre that was popularised by the producer SOPHIE, a trans feminine artist, I wanted to start true to my understanding of the genre as it has evolved in modern times. Kyle Shearer’s vocal production was perfect for this song, tapping into the exact sound that I was searching for.
You have talked about your process of finding a stage presence, one you have discussed as super energetic. Do you find that learning more about performance has shifted how you make music? Live in the world?
Being on my first tour was amazing for me. I learned a lot about how to challenge my anxiety, how to channel a different character on stage, how to engage with the crowd and keep them excited, as well as learned techniques to improve my live singing. I also learned how to use my Helicon Live 2 vocal processor better which has been handy in my sessions!
You have talked about how making music is grounded in the present moment for you. How do you stay present as you have gained a larger following and platform?
I stay in the present moment by learning to tap into my surroundings while also learning to bloom with the natural ebb and flow of life. Knowing my own needs and the needs of my followers has helped me nurture myself and my followers in different ways. Joy, humour, reflection, truth, sadness, and the processing of socio-political energy, are all elements of truth. Honestly, I say what’s on my mind. But I don’t actually take it seriously, I often post to laugh or to promote my work. 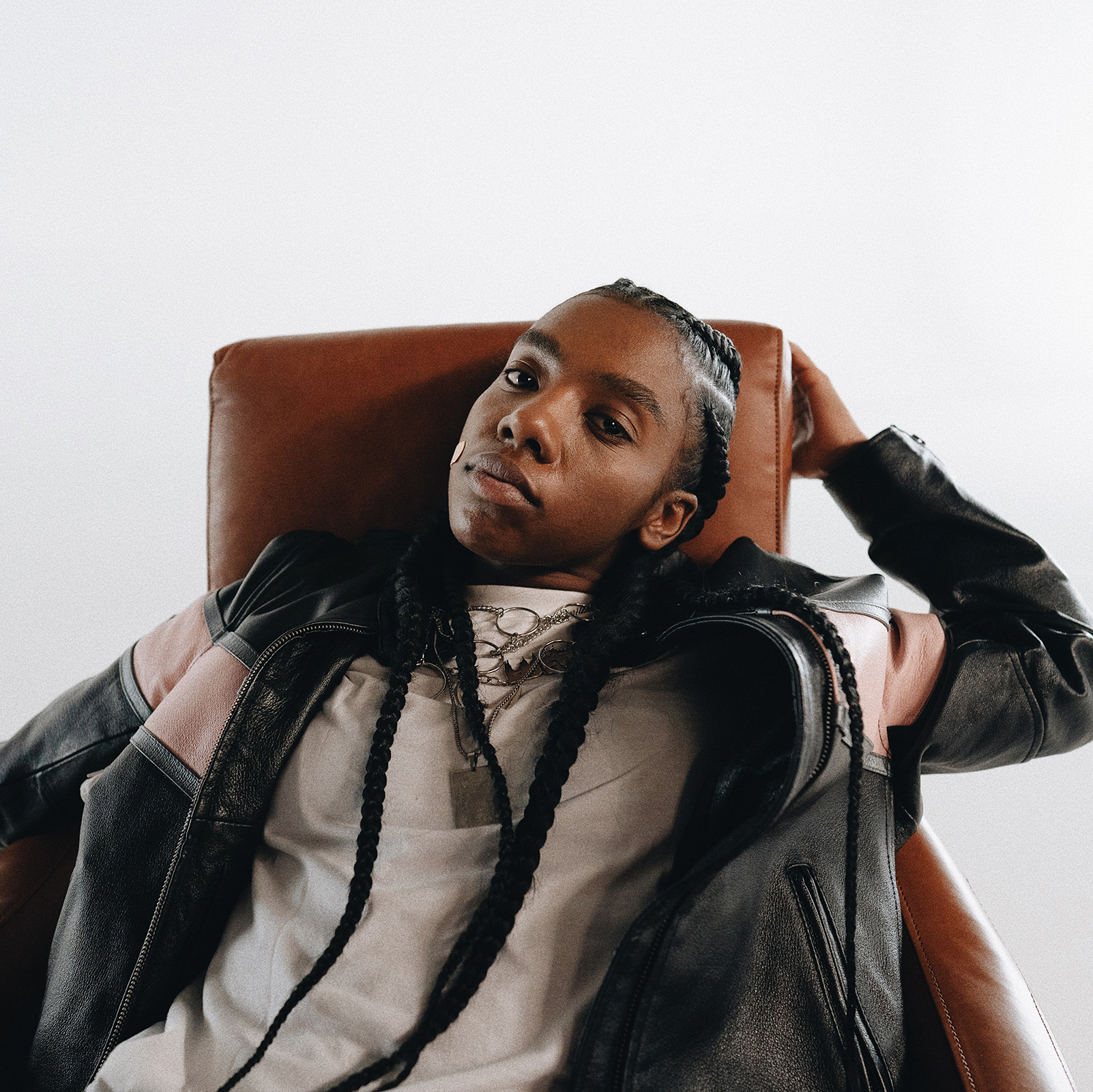 You said that one day, at the beginning of your musical career, melodies just started coming to you as you were processing a lot of experiences. What do the precursors of a song first sound like in your head?
I often have different methods for making music. For this project, I knew the genres that I wanted to tap into and the rich history behind their influence on modem culture. I allowed myself to let my body take the lead; the project is flow-driven and movement driven. I tapped into my body and the way it responded to melody and production sound design.
Who are some other artists you have been listening to as of late? What have you had on repeat?
I’ve been listening to Kokoroko, Amaria BB, Shygirl, Liim's, Serena Isioma, Ambré, Megan Thee Stallion, etc. I’ve had a lot on repeat.
What are you working on now?
That’s a secret. 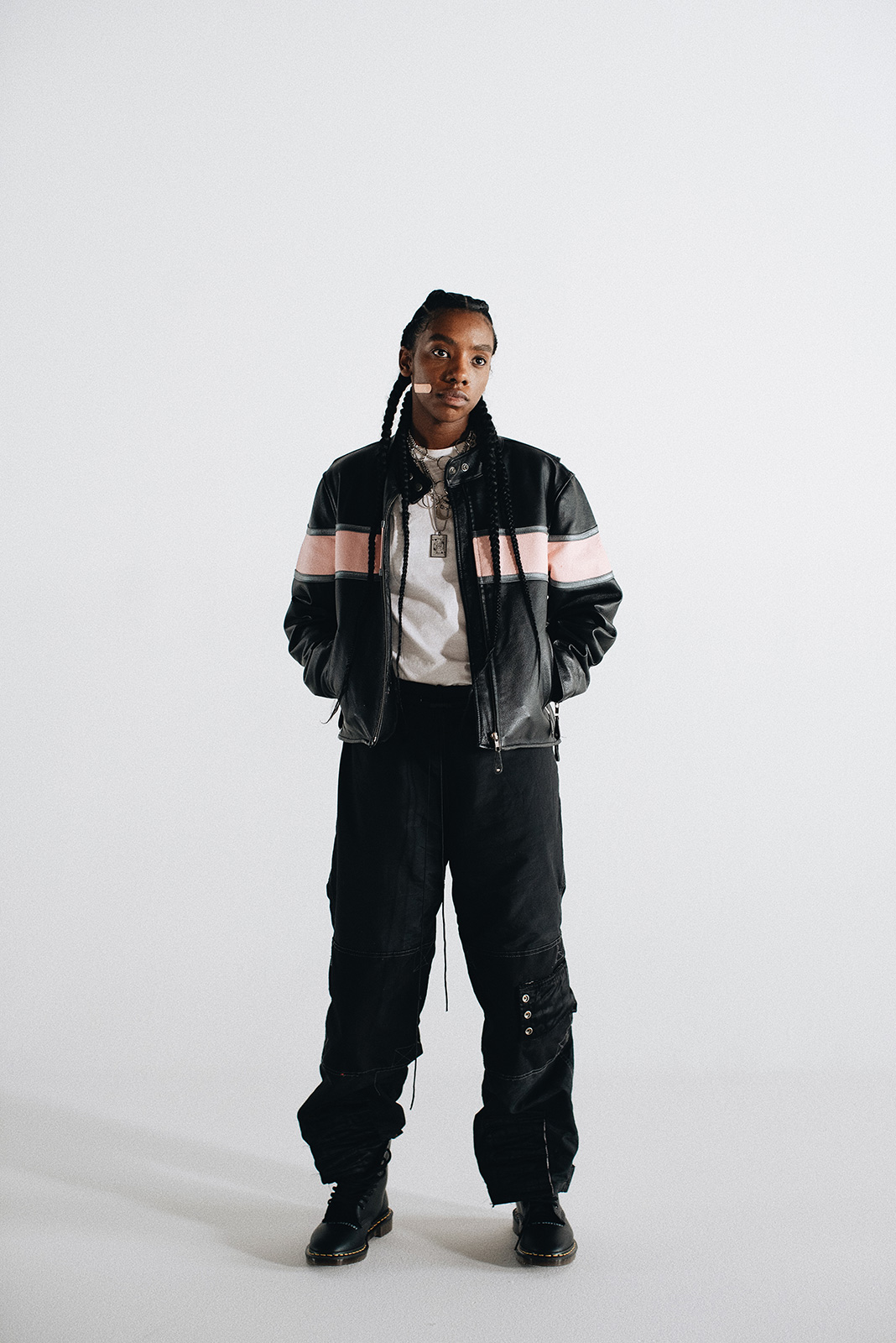 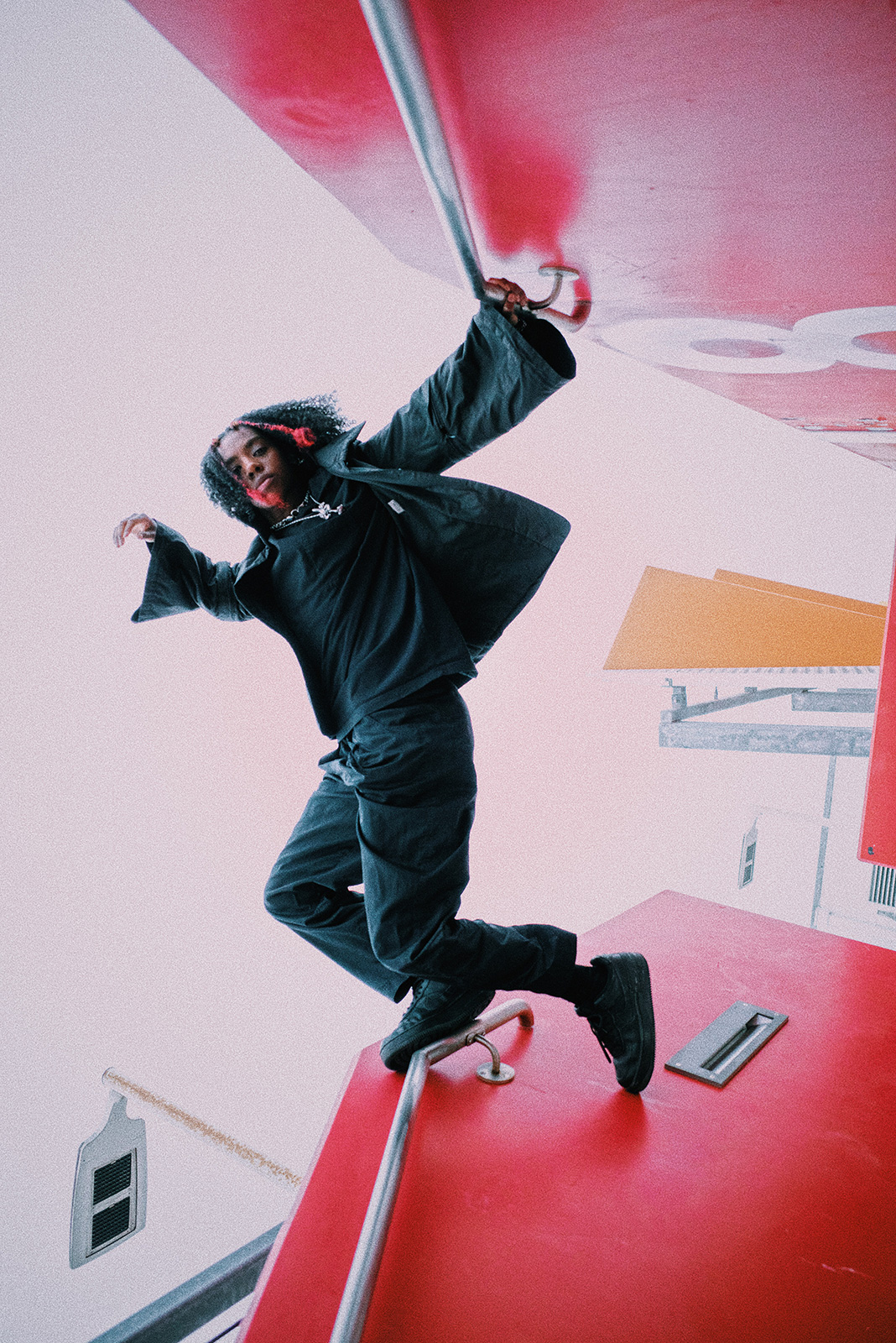 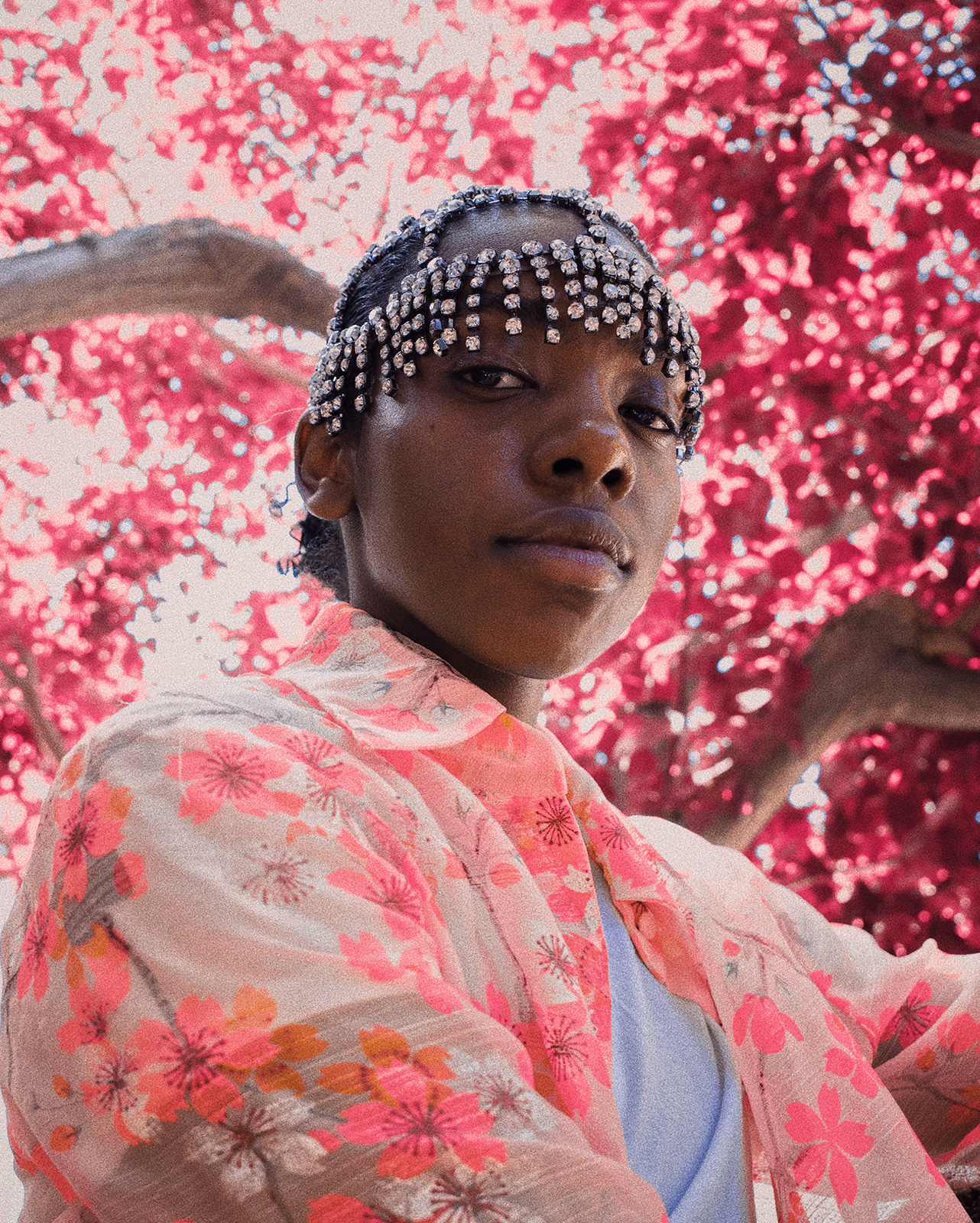 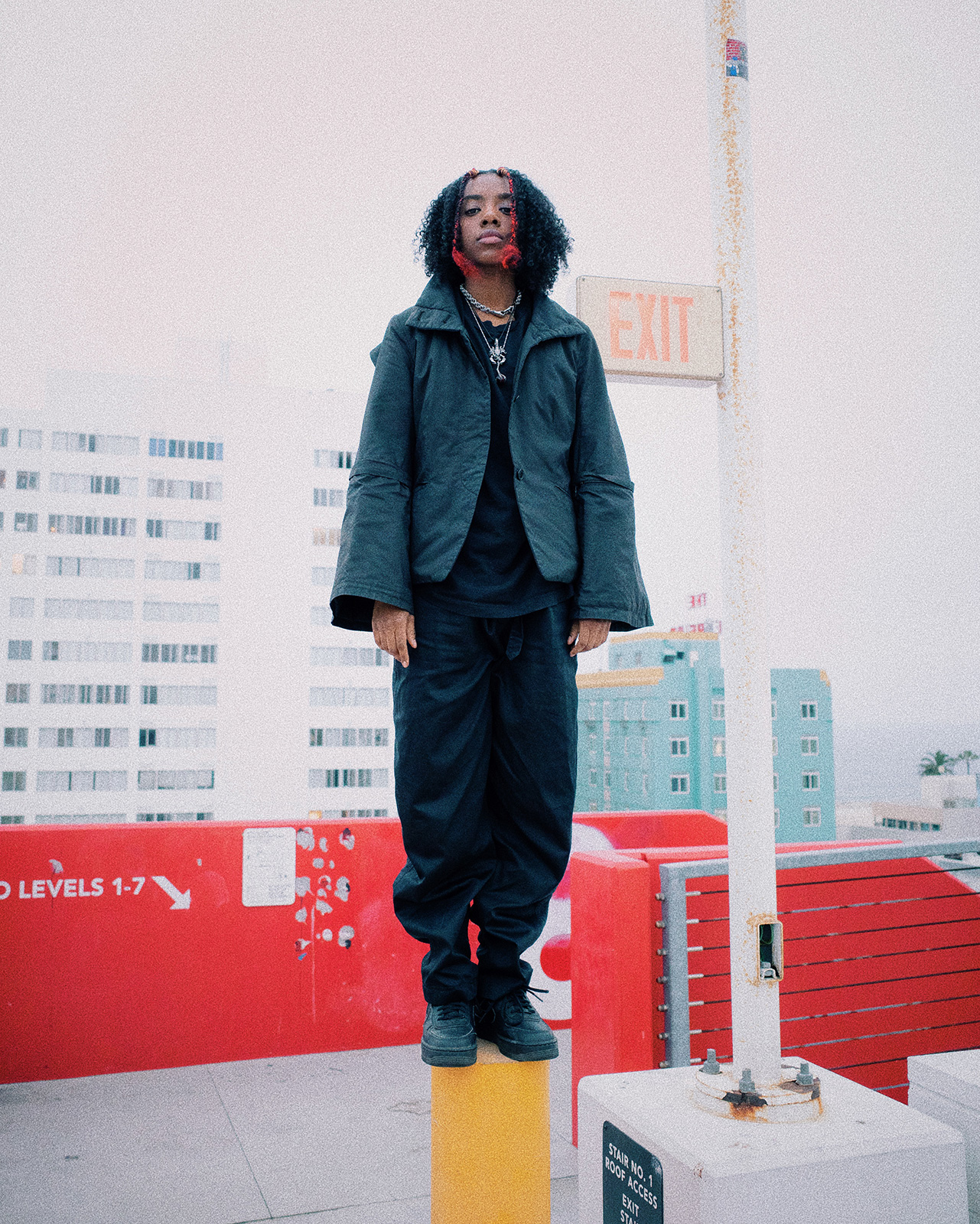