We are ‘holy’ women 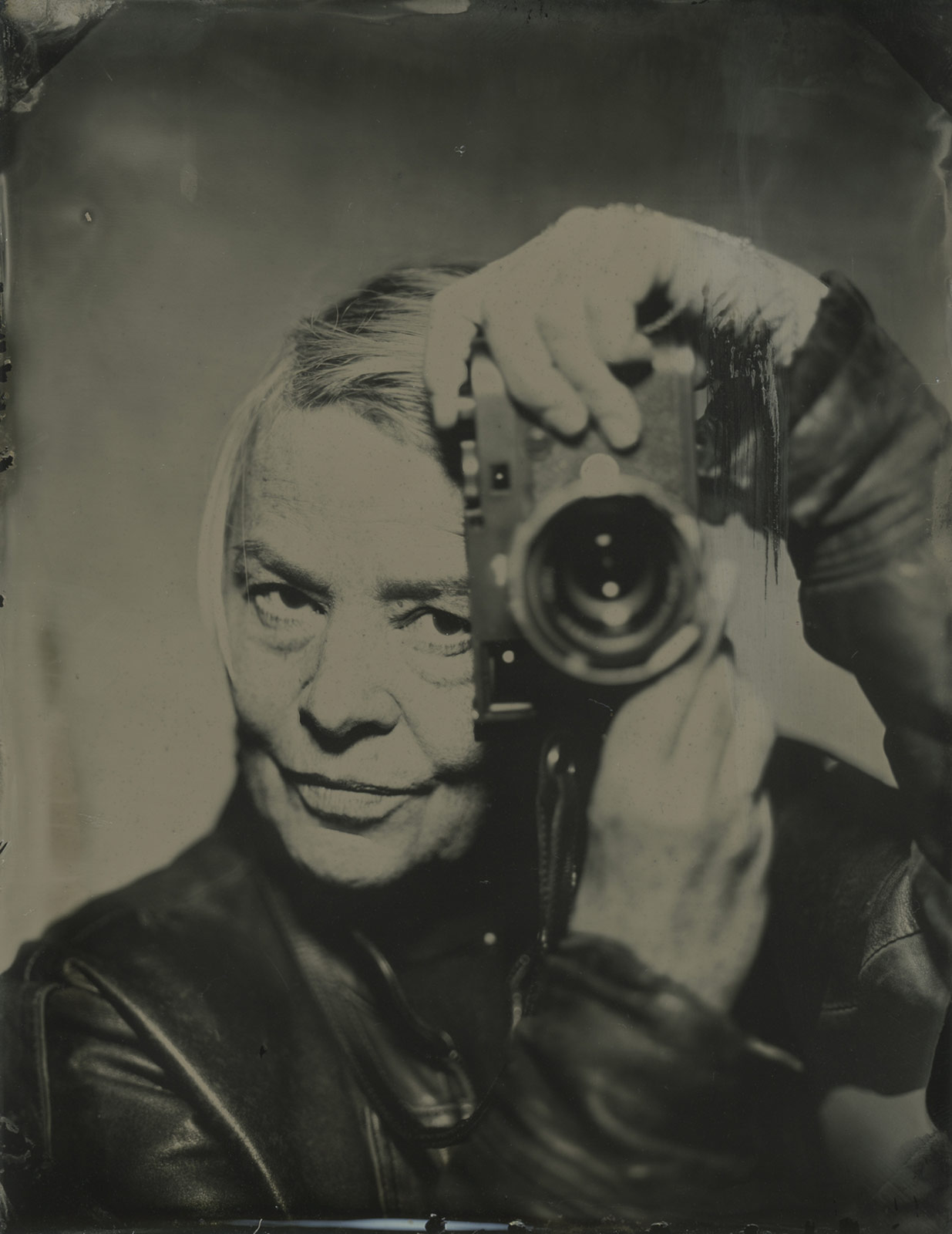 “Women are the unbeatable winners. It’s spiritual.” Donna Ferrato’s new photography publication Holy amplifies the spiritual nature of women’s strength in the face of adversity, and encapsulates women’s ability to not only survive, but to prevail. Stirring photographs uncover the realities of female lives, using real stories from a variety of women: domestic abuse survivors, women protesting for their reproductive rights, sex workers, swingers, queers and transgender people, wives, mothers, daughters. Fittingly, Donna unites these women under the crowning title ‘Holy’, and today she discusses her creative process in capturing the intricacies of women’s lives, and talks about the importance of defending women’s rights in today’s society. 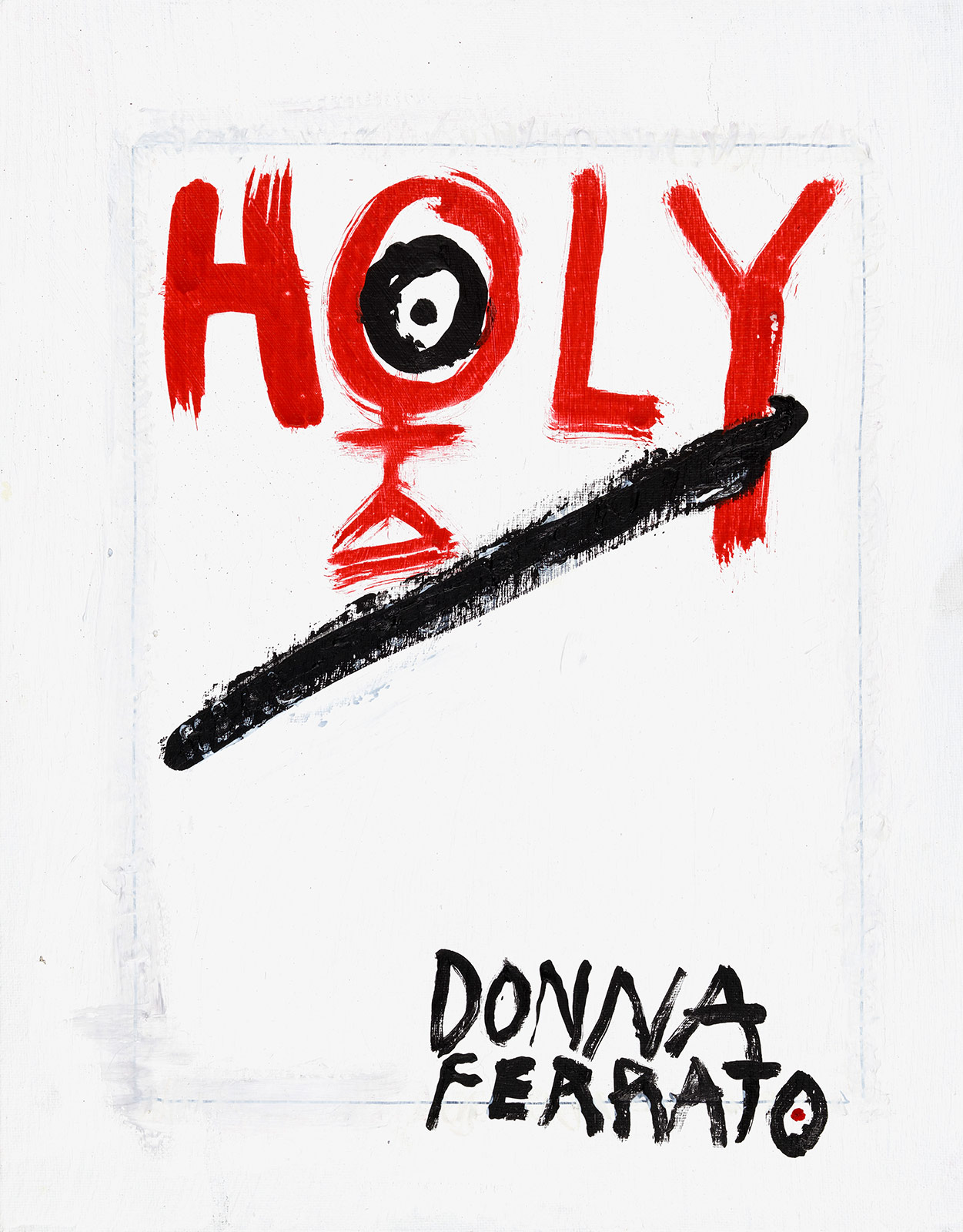 Your photography often presents the darker side of humanity, and focuses on telling people’s real experiences, without embellishments or censorship. Why do you believe it is important to use your art to tell truthful stories, regardless of how dark they may be?
The camera is an extension of my heart and mind. I am a photographer who looks for truth. I’m not afraid of the dark. And yet, often I find more light and beauty in the dark. If I don’t photograph the way I do, what’s the point of having a soul or a camera? My job is to find people strong enough to bring me along on their journey. To be with them.
I get affected by what happens to other people. I am not a "live or die" photojournalist. I am an empath. Seeing a man hit a woman in the face opened my eyes to the truth about what happens when a man uses his full might to control a woman’s heart. That's not love; it's subjugation, and it is an affront to every decent human being who believes in love.
Domestic violence has been on my radar since one night in a mansion in New Jersey after the party was over. I lost my soul to a woman’s cry which shattered my innocence. The first time I saw it happen I was shocked at his arrogance. Acting as if it was his right to beat her, the mother of his sons, in front of a visitor with a camera. Later, I learned how it works. The man bears no responsibility because it’s easier to blame the woman. When I studied religious dogma, everything became clear.
Your I am Unbeatable campaign aimed to expose, document and prevent domestic violence by using real life stories from women and children. Can you tell us more about this campaign, and how it started?
From childhood, girls and boys are followed by predators. As adults, women struggle with all their might to defend themselves against abusers and predators. Women experience abuse or sexual assault 5 times more than males, women are underpaid, or not paid at all, used and killed for sex, denied health benefits. Men don’t protect women. What kind of nonsense is that? The truth is, women protect men. Women are incredibly tough and resilient. They survive the most horrific examples of abuse, rape, and sexual violence. And they don't have time to feel sorry for themselves. I’m talking about the preservation of the species, where women are the unbeatable winners. It’s spiritual. I created the ‘I am Unbeatable’ traveling exhibition to put women’s visual stories to work as an educational event, with the help of media outlets, including radio. My job as a photographer, is to tell old stories in new ways. And to be proactive, by raising money for non for profits and to expand social consciousness. 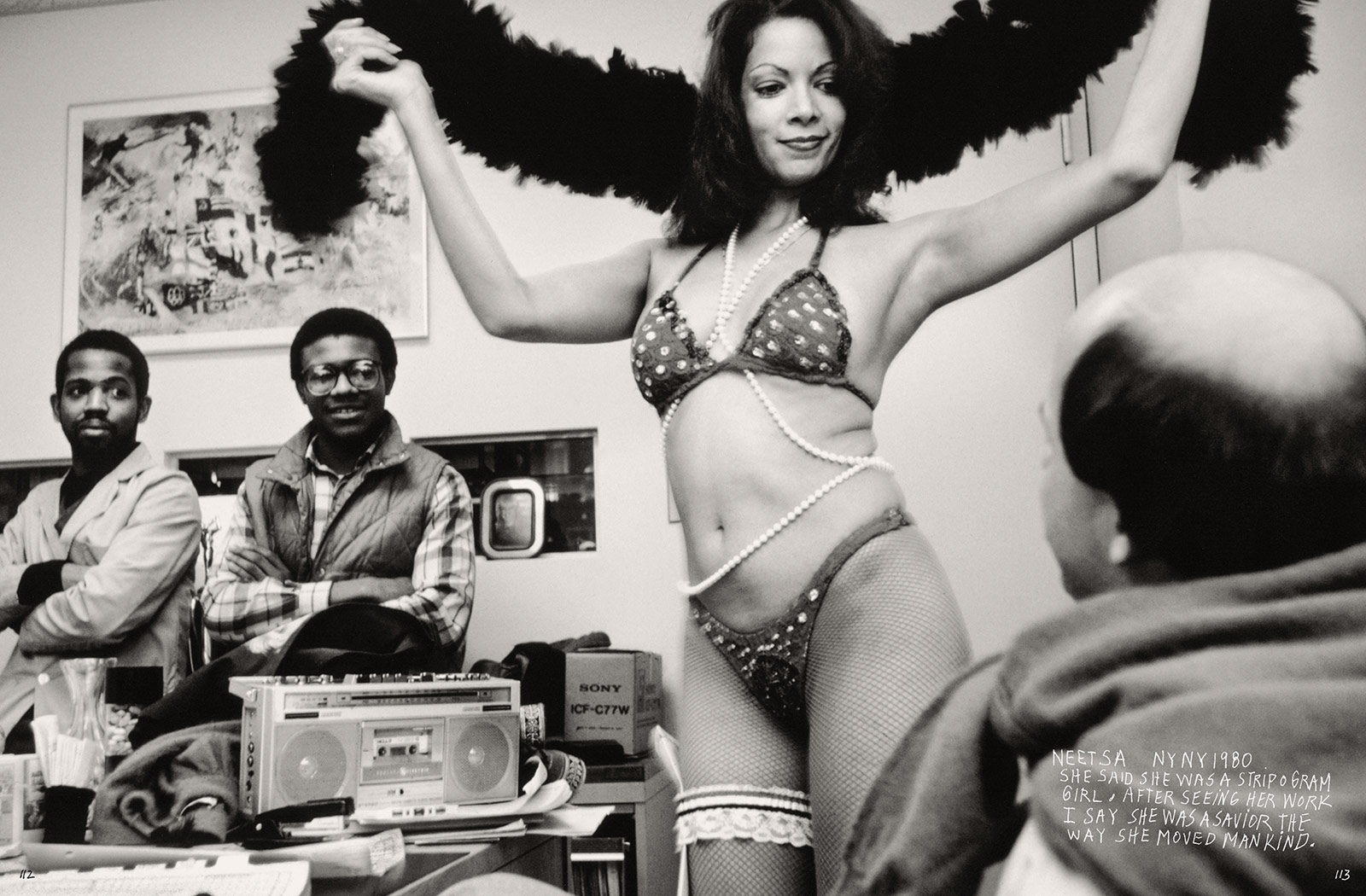 Your studies of the female experience used to be split between recording domestic violence and sex work, but your new publication Holy ties these two elements together. What was your intention behind combining these two elements of the female experience into the one publication?
This is what my brilliant step-daughter, Kat Holden, who says in the introduction for Holy: “There used to be a time when Donna’s story of women was split, over here the ‘domestic violence' work, and over there, the ‘sex’ work. The combination of the two is vital. It is only in that combination do we see the whole spectrum of truth of what it is to be a woman."
Your new book Holy combines the different contradictions that women in today’s society are expected to embody, such as virgin and whore or vulnerable and invincible. What was your intention behind presenting all of these contradictory elements of womanhood in the single publication?
Not just to rattle the cage, but to kick the wife beaters and the kiddie fuckers in the balls. Virtually, cut them off. I needed to show the spectrum of truth of what it is to be a woman. How beautiful it is, through the eyes of a woman as she lives in the time of her own revolution. There are so many layers to a woman's life. Looking for love. Exploring personal and political freedom, understanding what their rights are and how to defend them, while living a decent, satisfying, pleasurable life. Watching the blessed children grow. Being the rock for the family. Women change the world for the good. So why isn't that acknowledged more?
In your book Holy, what was the purpose behind the essential focus on mother and daughter relationships, and having them juxtaposed with images which could be perceived as provocative or sexual?
I don't see the sexuality aspect in the relationship between mothers and daughters. The bond between mothers and daughters is sacred. Society pits women against women; mothers and daughters, grandmothers, mothers-in-law. Jealousy is part of human nature. I want women to practice a new form of UN-FUCK-WITH-ABILITY. That's why the #MeToo movement matters. 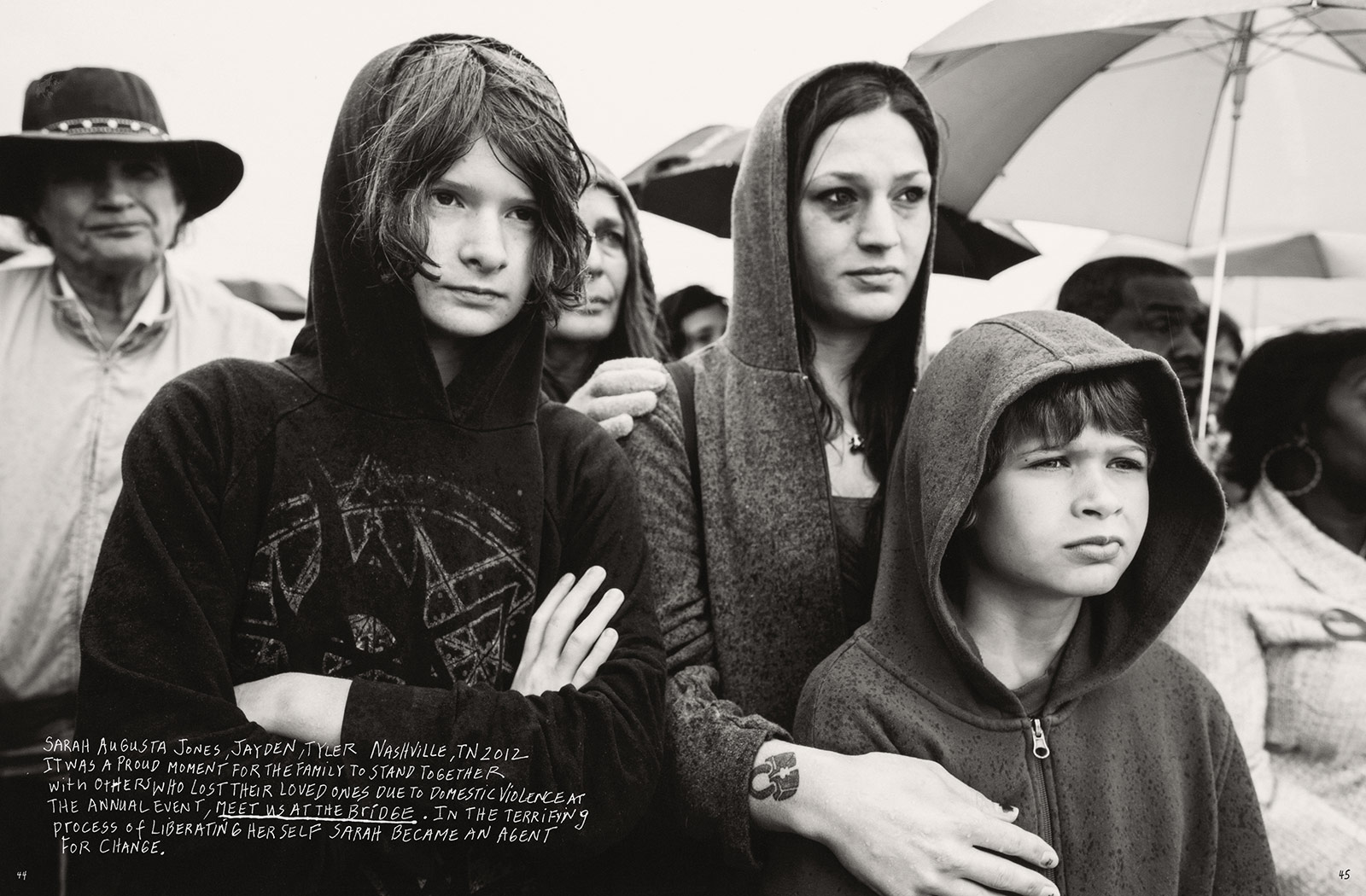 Do you believe that maternal and sexual instincts should be treated as equally present elements of femininity, rather than women having to choose between maternity and sexuality?
When it comes to sexual pleasure, culture overrides anatomy. Yet when it comes to maternity, somehow, it’s all about biology. Women aren’t just the designated child bearers; we’re typically appointed the social role of raising children too, leading to the well-rehearsed motherhood-versus-career dichotomy. Except that it’s not a dichotomy; it’s a social choice masquerading as a natural one. Society would find different ways of organizing child-rearing if women were as inventive at demanding maternity reform as we’ve been about equity in sexual pleasure.
In your introduction to Holy, you speak about how angry the disrespect for women’s rights makes you personally, and say this disrespect should be an ‘affront to everyone’. Can you expand on the violations of women’s rights which are particularly present in today’s society?
Roe Vs Wade's 1973 ruling for abortion rights in America seems to be crumbling in front of our eyes. Right-wing representatives [particularly Trump] are slut-shaming women seeking abortions, [allowing police] beating and killing gay and trans people without punishment, [Trump] banned trans people from serving in the military [now reintroduced by Biden], gross health care inequality, birth control insurance denied to working women on religious grounds. Republicans did everything they could to bring women to their knees, taking children from families seeking asylum from violence, putting them in cages, denying their civil and human rights. Allowing men who commit murder, rape, sexual assault and get away with it, even pardoned for it! There was no accountability for bad behaviour from whining men; women colluding (more than ever) with the worst sexist, racist abusive social agenda. Not believing women, not listening to cries for help and justice. Through history, women have been called bitches, whores, pigs, dogs and other names to denigrate them. Women have worked hard to hold their heads up higher and educate society to stop with these slurs. To show respect. Then a failed real estate developer, #45 ex-president of the United States, used his power to shame women and shout them down with ugly tropes. The Republican Party colluded with him. More began to do the same. The chief "pussy grabber", incited a movement to sow seeds of disrespect for women's rights. It's happening in other parts of the world, where macho men like Jair Bolsonaro, in Brazil, and the Deputy PM of Poland, Jarosław Kaczyński are using everything in their power to keep women quiet as dogs in cages, even while women are dying from botched abortions in record numbers. My question is what's the point of having a womb that's controlled by right-wing fascists?
What is your advice for people being denied their rights?
Get involved. Organize. Go after your rights with everything you got. Don't silence yourself. Listen to others. By last November the Democrats executed a flawless strategy, going state by state to talk with voters, and encouraged them to vote. That's how countless single moms and people of color fought the immoral actions of a Pussy Grabber in Chief. 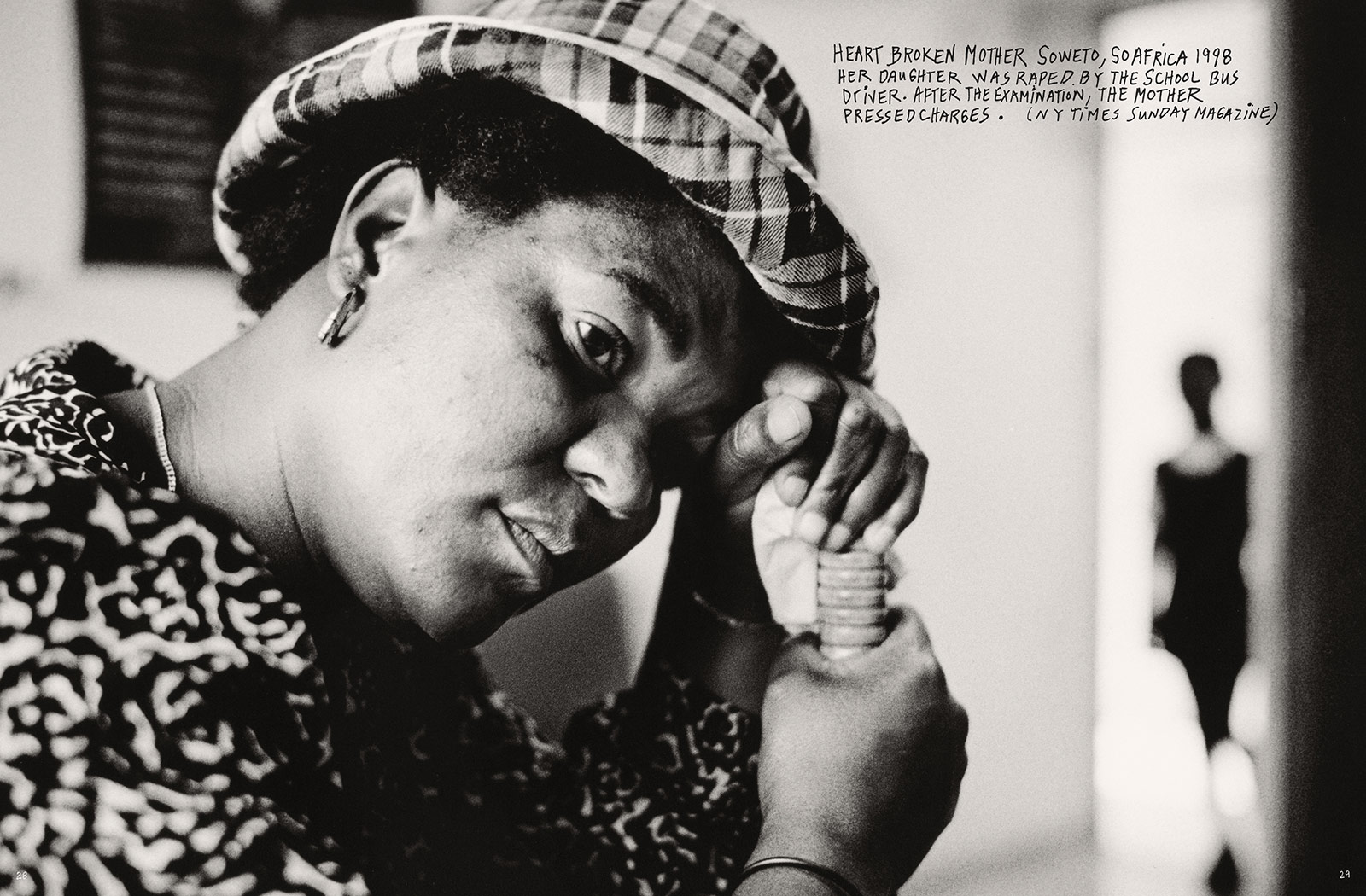 How did you approach finding the different stories which ‘Holy’ captures? And can you expand on the process of taking these stories from word of mouth to what we see on the page?
Often, I meet people just by being out there. Stories I read in the paper, assignments that align with my interests and concerns. I watch people. I watch over them. Their problems are mine. I wanted them to know they were not really alone. Most of the stories were constructed over time. We got to know the good, the bad, the ugly about each other.
Access is everything. It’s the portal to an amazing place where seeing becomes believing. I was never too proud to beg for an assignment that provided a door into the thick of the conflict, domestic or foreign. I wanted to know them: battered women in prison, women protesting for their reproductive rights, sex workers, abused women, swingers, queers and transgender people, wives, mothers, daughters, girlfriends. It was satisfying to see these stories published in magazines, like LIFE Magazine. Working with writers and reporters who were uniquely trained storytellers, with the best editors and art directors in the business on my team, helping me shine a light on complex stories. I felt like I was doing something that mattered. What could be better?
Holy presents an extremely wide variety of stories, which highlight the strength of so many women. What were your favourite stories to capture?
Real people, real situations. Action stories. For example, 1991 was a sweet year. Imagine getting the plum assignment to photograph women soldiers in the Gulf War (I waited patiently until I could work independently, not as part of the pool of authorized photographers). That same year I lived in a maximum-security prison with women who killed their abusers in self-defence. I travelled with Guns ‘n Roses for 2 weeks on tour with Metallica. And I finished the text for Living with the Enemy published by Aperture. Imagine all that excitement while raising a proud young daughter of my own, with the help of my partner and my parents, that’s what the life of a photographer can be; if she wants it she can have it.
Holy by Donna Ferrato is published by powerHouse Books. 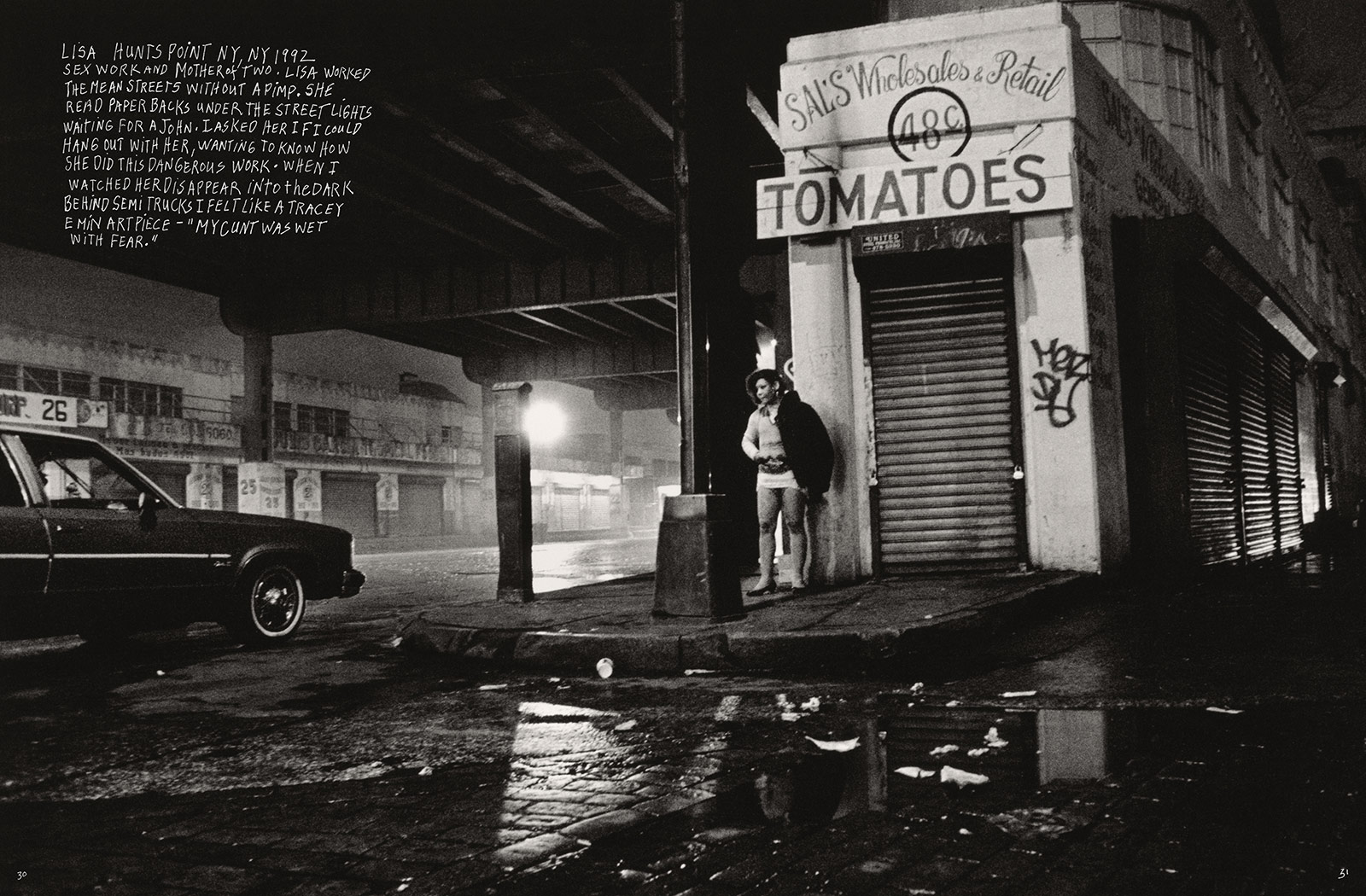 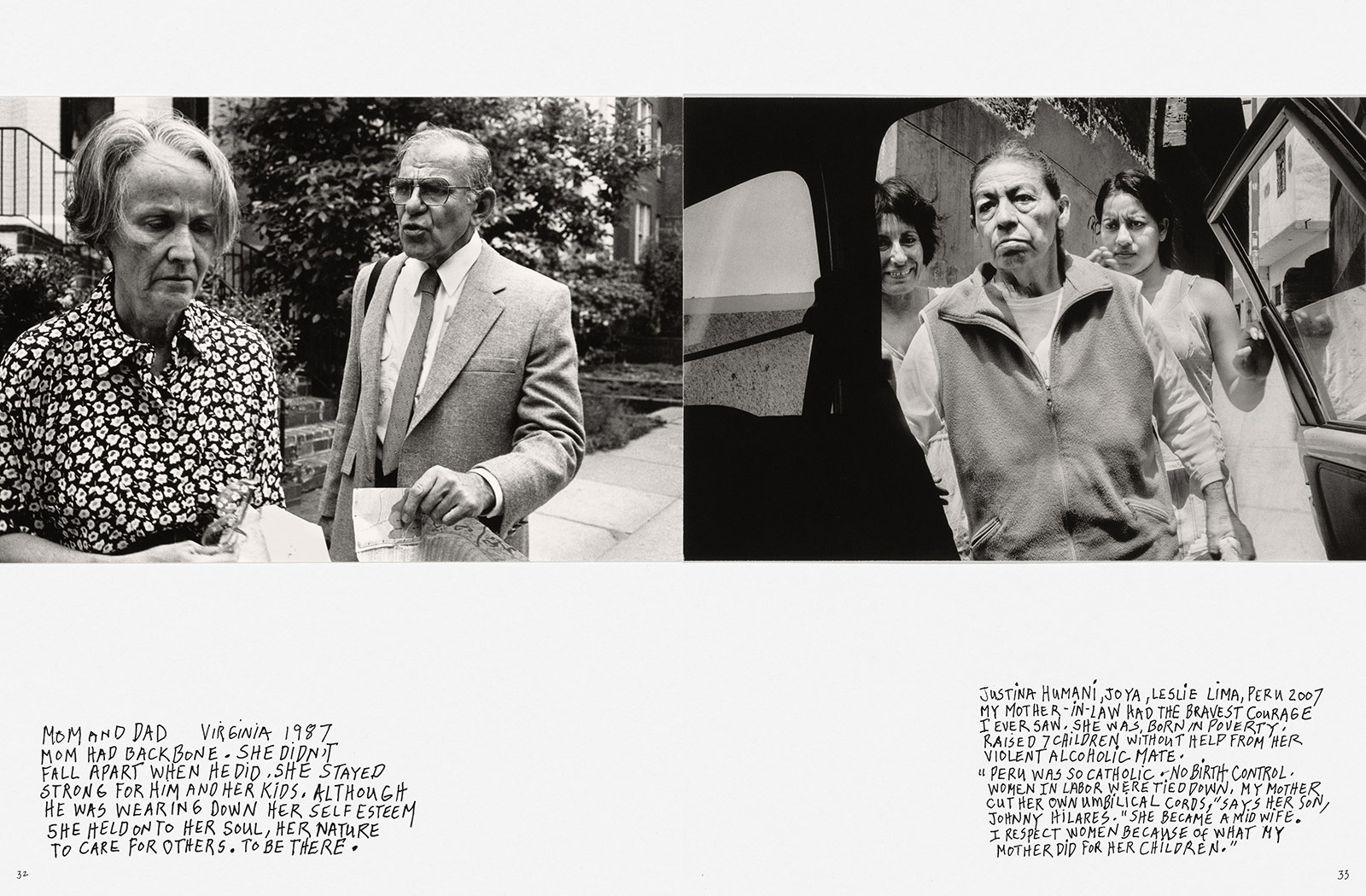 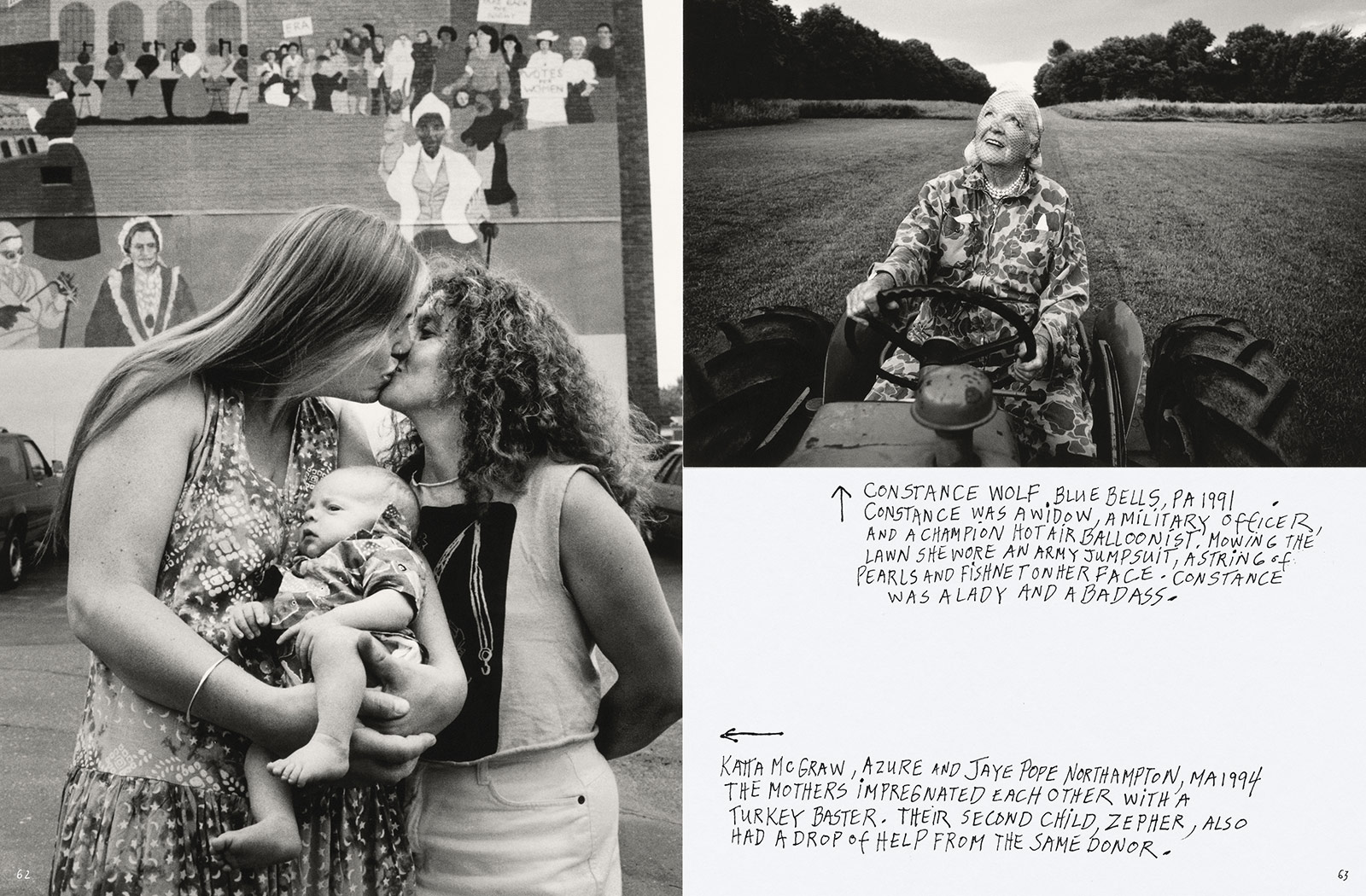 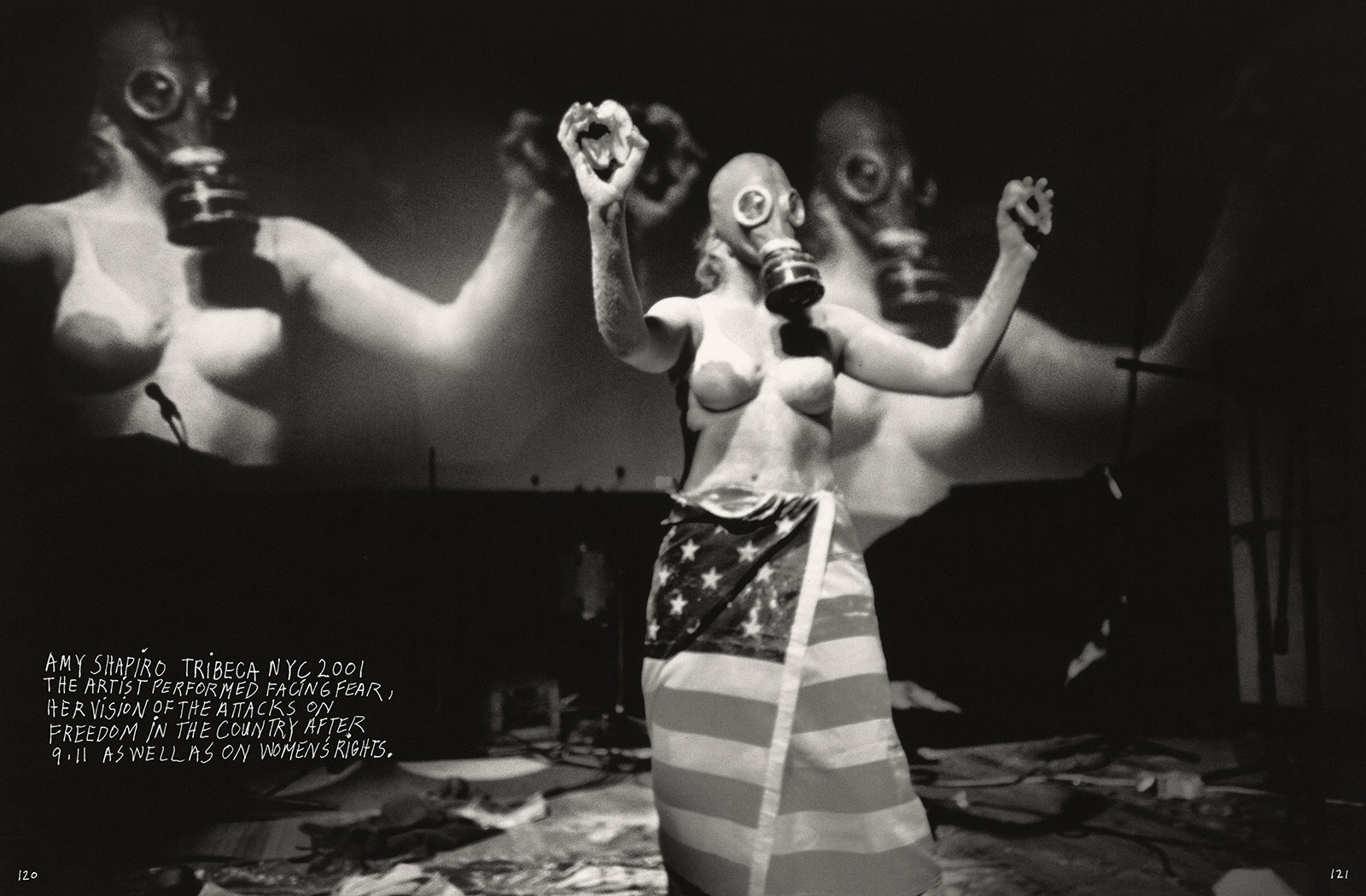 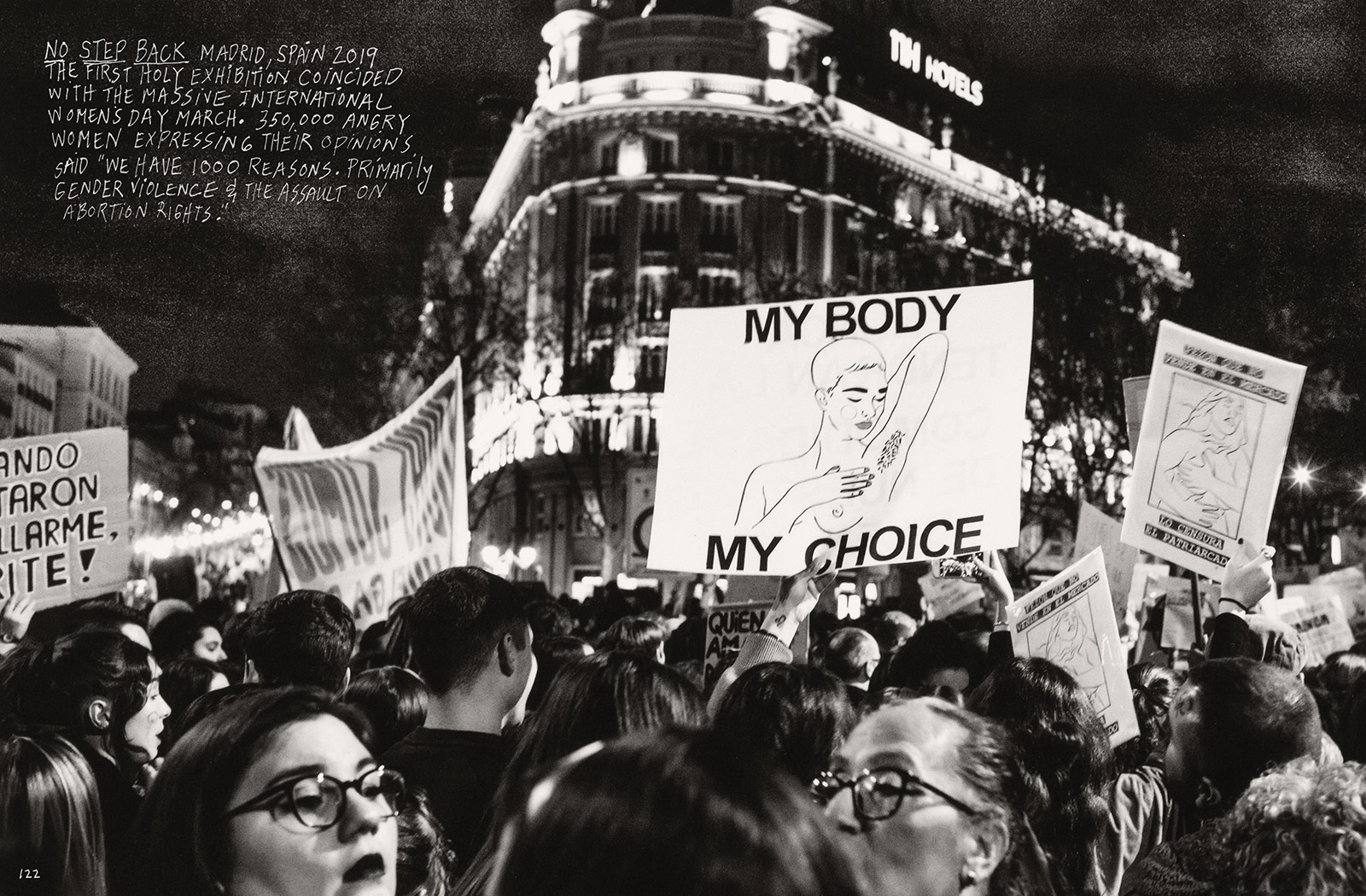 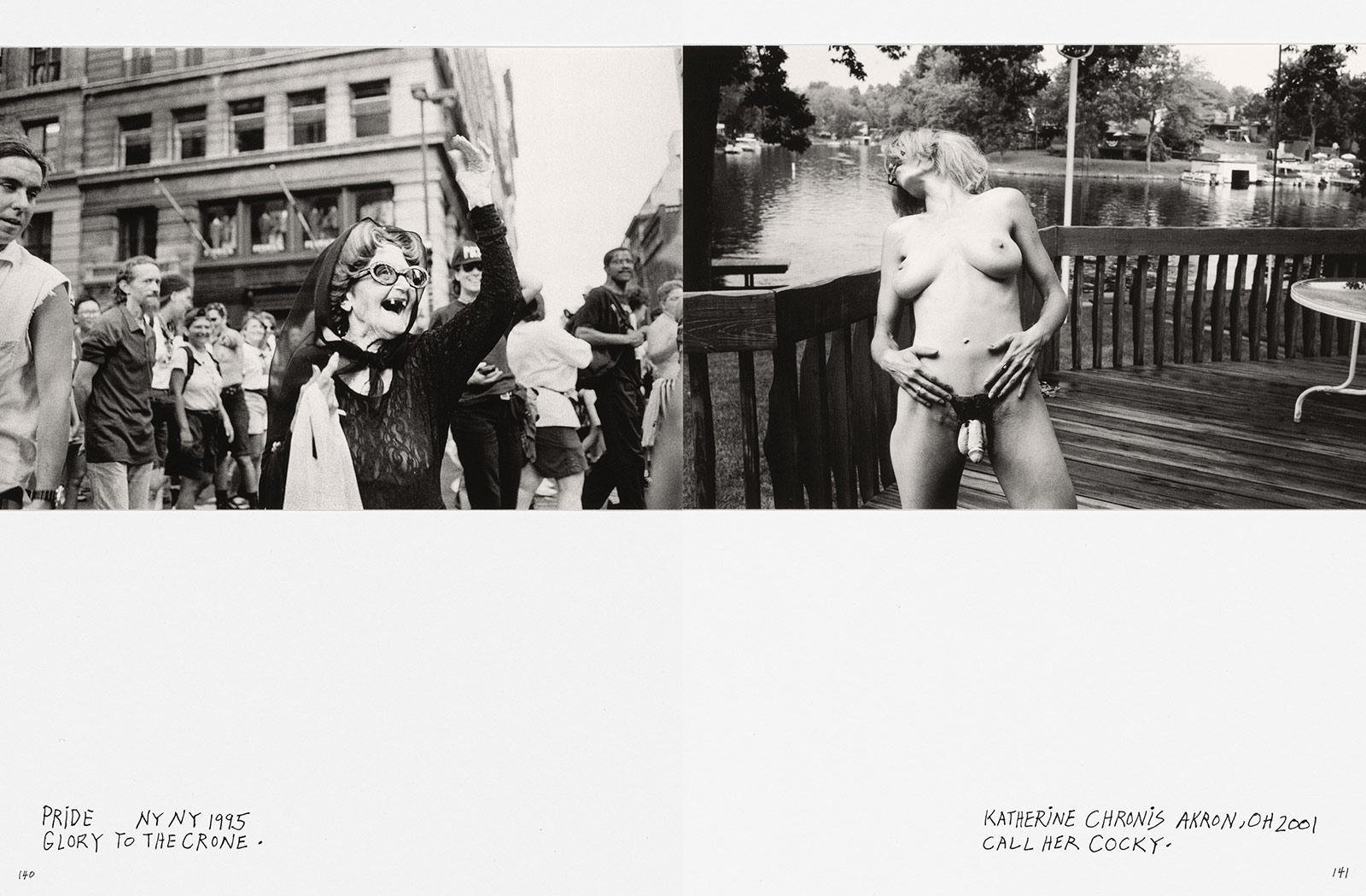 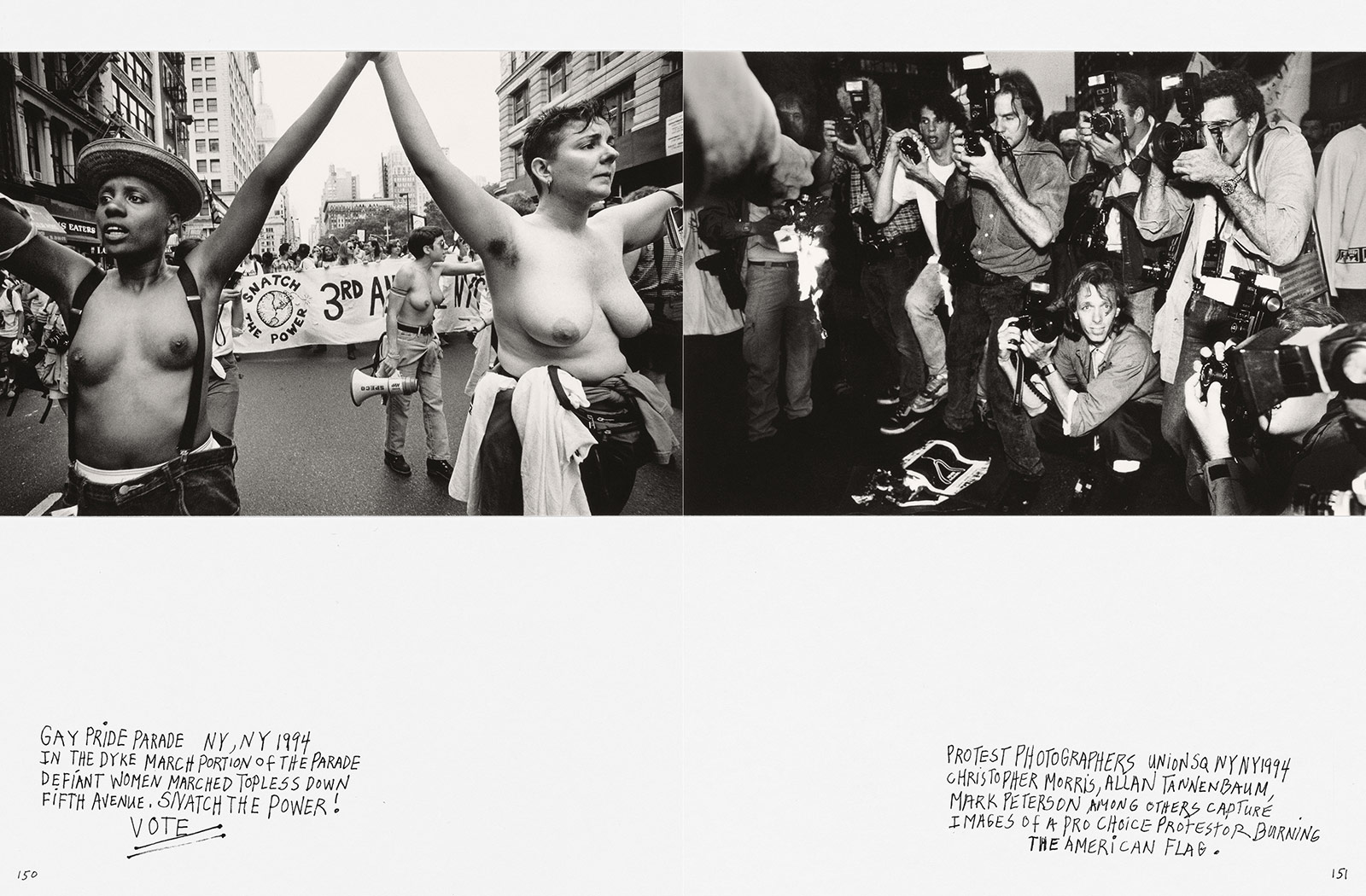 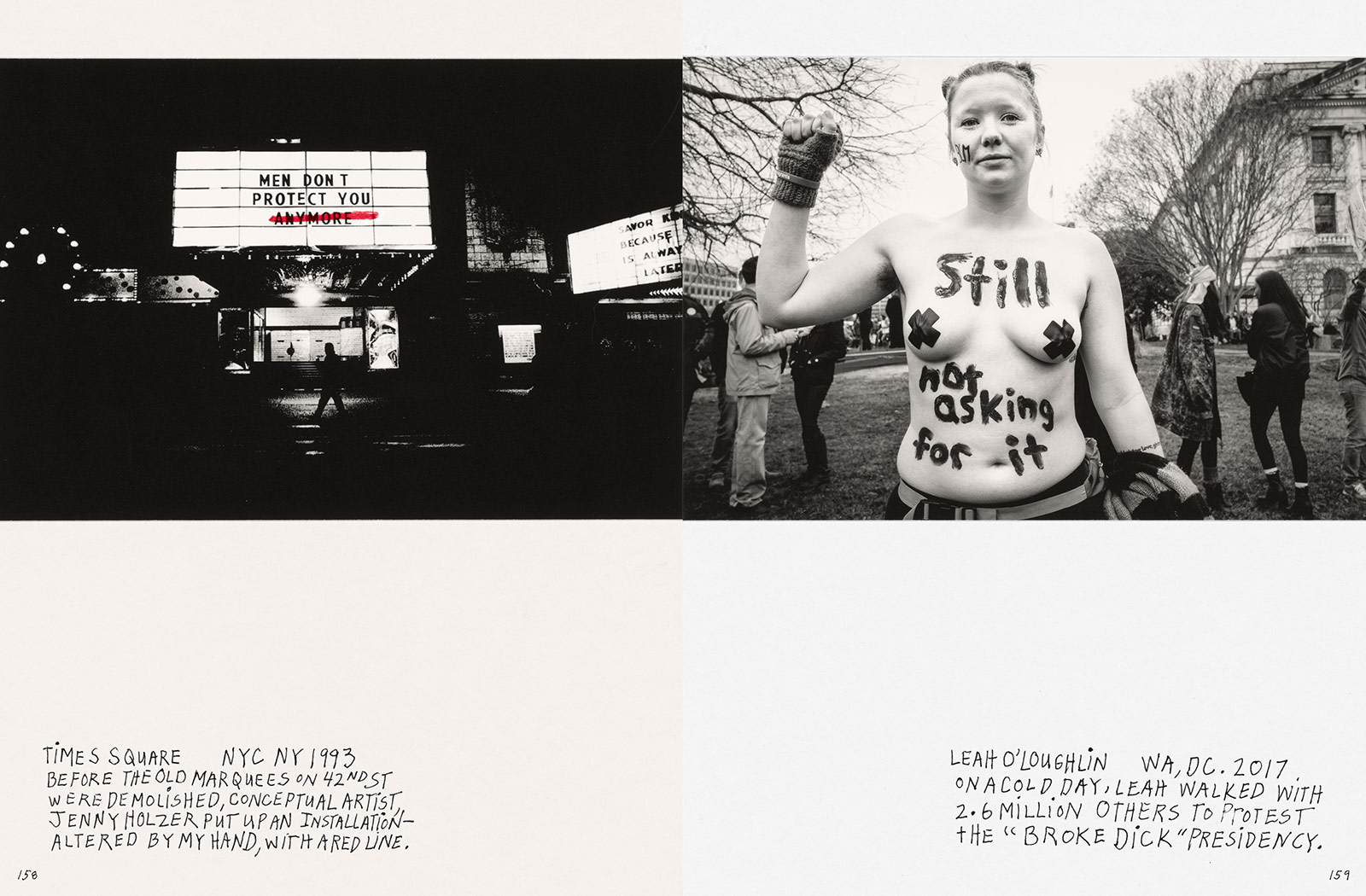