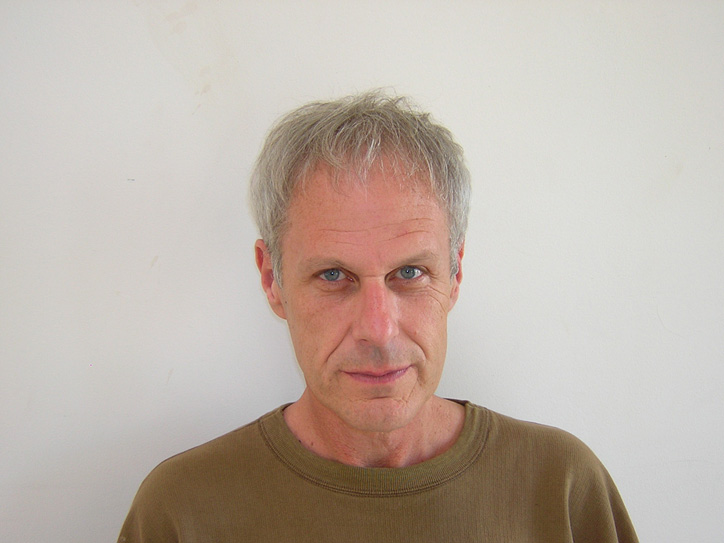 He is the living definition of the verb “to dare” and a eternally enigmatic writer. Dennis Cooper never understood or wanted to fit the mainstream mould. Endless troublemaker of peculiar ideas, here he presents us Zac’s Haunted House, the first GIF novel of the world. We guarantee you there is no experimental, literate rebel like this one.

Do you consider yourself a punk writer or a punk poet?

People often refer to me and my writing as punk or very punk influenced, but I don’t think of myself or my writing that way. 70s punk rock and style were formative for me, but my writing is influenced by a whole lot of other things too. Just to stick to music, I think my writing is just as influenced by psychedelia, noise, EDM, indie rock, and others as it is by punk.

How important, in terms of your work, is the fact that you were born in the 50s?

I think the main thing that’s important about my being born when I did was that when I was first deciding to be writer as a teenager in the late ’60s, the avant-garde was in full swing, and the books I read and the movies I saw, and the cultural things that were very present and taken seriously by critics, tended to be very experimental, which encouraged me to be as daring as writer as I could be.

How does it feel when someone talks of you as a referent?

Well, that’s the best. That’s the greatest response and honor of all. It’s amazing to me when artists tell me my work influenced them.

Can you tell us where would you be without Arthur Rimbaud and Robert Bresson? How does an inspiration shape a subject?

Gosh, I would be a very different writer, if I was a writer at all, because they both were extremely major to me. Reading Rimbaud when I was 15 made me realize that what I thought about and wanted to write about at that time was legitimate and serious. And Bresson’s films are the biggest influence on my writing of everything. When I first saw Bresson’s films in the early 80’s, it was like finding the key to how I wanted to write. Not just because of his style, but also because of how inward and inexpressive his films are. They show what’s inside his characters not through heavy acting but by making everything in his films from their style to their structure to their visual look concentrate on revealing the characters’ deepest emotions. I began to try to do the same thing in my writing in my own way, and I’ve never felt a need to reject what I learned from his films at all.

What advice would you give to the young generations? Would you like to be a teen again in these days?

I’m not so good at giving advice. I guess to aim for originality always, and to realize that true originality is hard for others to understand at first, but that to remember that the problem is theirs. No, I’m not interested in being a teen again. I hate nostalgia. I think feeling nostalgia about one’s past is one of the great enemies that one should do everything possible to avoid.

What kind a relationship do you have with the new social networks? Do you think that they are a simulacrum of the human experience?

The only social network I use is Facebook, and I mostly use it to promote my blog and to discover interesting art and things that I might not find otherwise. I’m not interested so much in interacting there. I don’t use Twitter because I’m not interested in talking at people all the time, and I don’t use Instagram because I don’t think the world needs to see whatever photos I take. No, I don’t think social networking is a simulacrum of that. It’s as secretive as it is a public place. I just think it’s a platform that people are using at the moment. How it allows people to communicate internationally is great and exciting. The way it seems to turn people into outrage addicts is really not interesting. It’s important, and it’s still young, and I’m curious to see how it evolves.

Everybody is using it, but no one ever thought about literature. Zac’s Haunted House is made exclusively of GIFs. Was it a logic step to take in the evolution of your own work or just the curiosity of making something totally contemporary?

My writing fiction with GIFs happened by accident. I just started experimenting with them, and I realized that what I was doing with them was almost exactly like what I do with language when I write text-based fiction. For me, for my work, it is a logical step, or at least a sidestep I’m taking for now. I’ve always written fiction in a really experimental, complicated way, and working with GIFs lets me do that outside the limitations that language place on what I want to write. GIFs put extreme limitations on what I can write, but I’m very interested to realize that I can work with animated imagery the same way I work with words and sentences.

Parallelism and repetition are what GIFs are made of. The interpretation can change or can never been understood. What do you expect from your readers in this particular case?

Well, that’s true. But I’m doing everything I can to use GIFs to make something that is clear and understandable. I don’t think it’s possible to make something with them that is as directive as written fiction is, but that’s something that really excites me. I’ve always thought of my books as a collaboration with my readers. That, in a way, I’m writing a script, and all of my readers are making their own films with the script. With the GIFs fiction, it’s even more collaborative because the reader has so much room to interpret what they’re seeing. Ideally, I guess I would like readers of the GIFs fiction to be like me. Undertaking GIFs fiction is an experiment, an adventure for me as a writer. I would like it if readers see it as an experiment, an adventure for them as readers in the same way.

And why GIFs in particular?

I don’t know. I always loved them. I love how compact they are, and inherently comedic, but they can also be very emotional or violent and disturbing too. It depends on how deeply you look at them or, rather, inside them. I think they have a lot of depth, or maybe that they can reveal their depths if you combine them in a careful way.

Is this the novel that you want to survive and last?

I would love it if the GIFs fiction novel and the second, short works book, ‘Zac’s Control Panel’, survive and last, but I feel the same way about my published novels too.

There is always a dark side that comes out in your work. Is it because you think you might reach better the emotions of your audience? Or do you feel already committed to keep doing it this way?

Were you ever afraid of being part of the mainstream?

You once said that the “confusion is the truth.” Is there any possibility of peace in these words or do you consider that it’s a false concept about the truth itself?

With the future comes the unconventional and unexpected. Do you still believe in your own future in this way?

Oh, yes, I’m always totally focused on the future, and I try to see the present as a means to make the future as exciting as possible.