A man with a camera 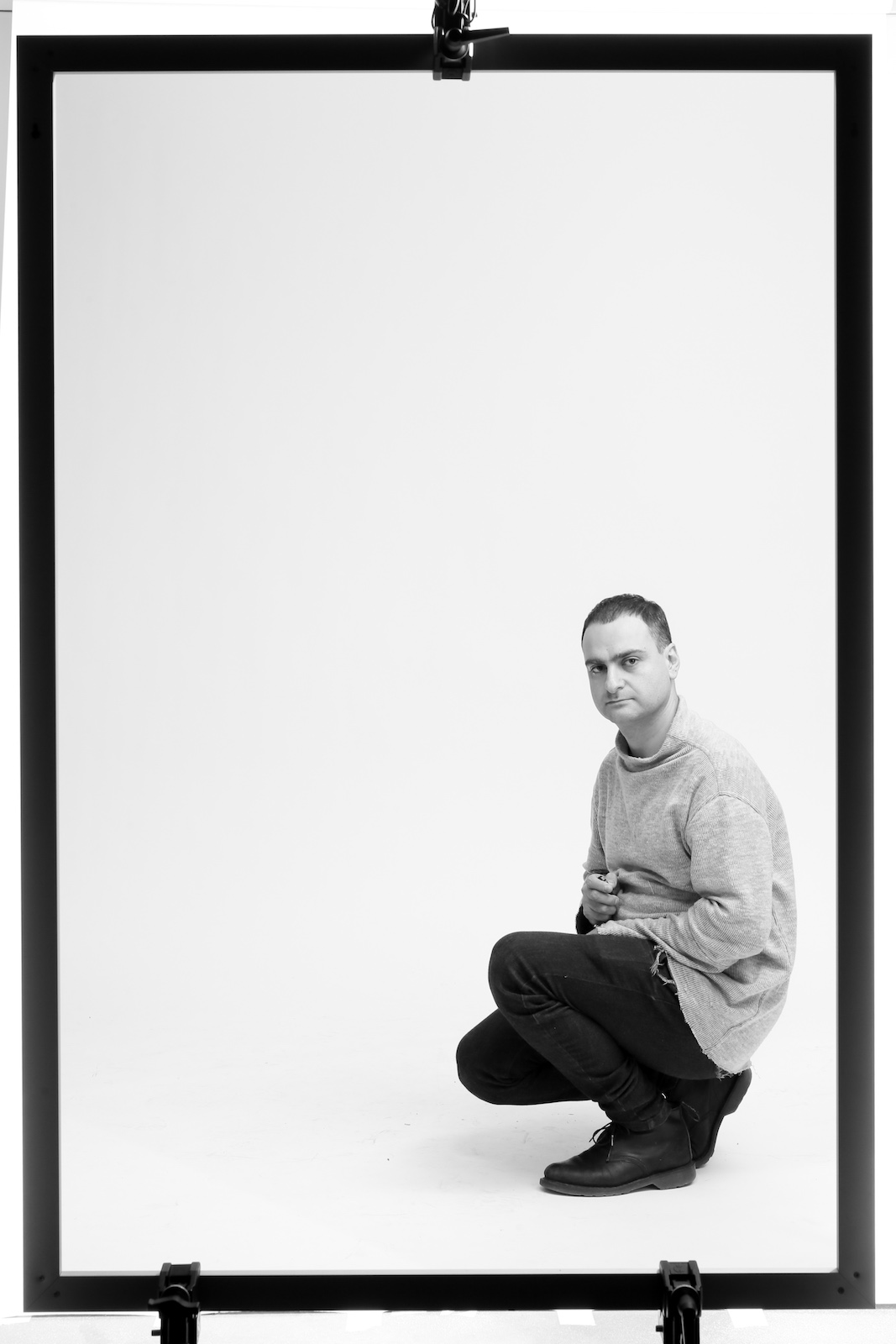 David Meskhi is a Berlin-based Georgian photographer, documenting lives and activities of interesting people. David’s photography is never spontaneous but deeply thought out, well-staged and purely real. Skimming through his photos is like watching an engaging documentary. The photographs of the skater boys rolling up in the skies, sportsmen showing up their marvelous bodies and a group of friends having a good time brings a huge wave of happiness to the viewer of his work.
David, when and how did you start taking photos?
In 2004 I graduated in Theatre and Film University with an academic degree in photography back in Georgia. So I had much to do with both photography and film. But I somehow felt that staying alone with my camera was giving me the possibility to individually manage things around. Shooting in general is what satisfies my creative needs most of all.
How is the process of shooting lives and activities of other people, in real time?
My shooting process is very similar to directing. I am thinking on the shooting concept in advance and am analyzing different ways to fully transmit the scenery that is already on my mind. I am looking for the perfect location and the right people, meaning the ones who fit in the idea I am having and this might take a very long time, even a year. But at a certain stage, I get to the point when I have the exact strategy and I start the shooting. So it is never spontaneous. When I was younger and when I had everything around me the only thing I needed to do was pushing the shutter at the right time. 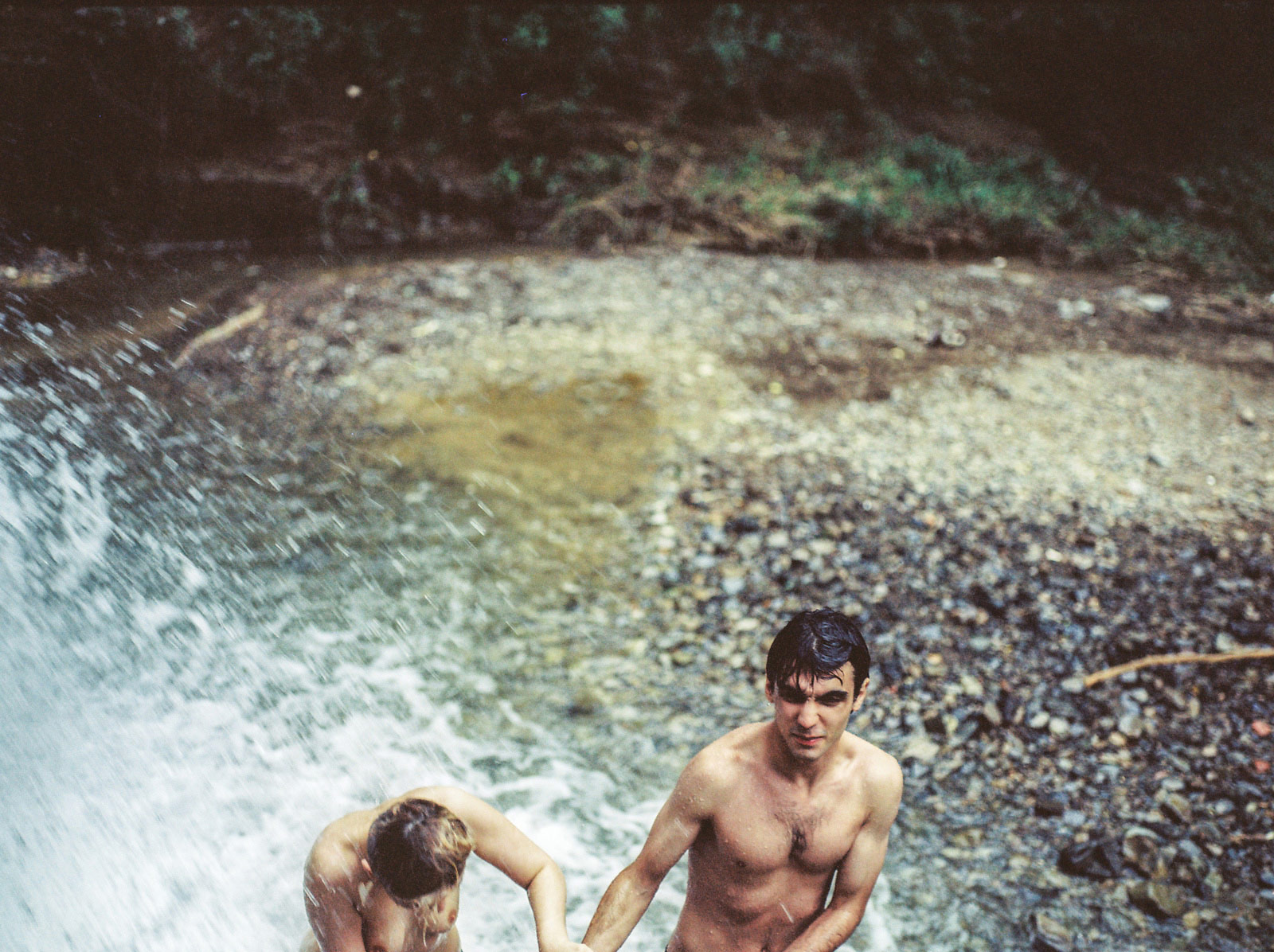 The photo series When the earth seems to be light represents a skating subculture in Georgia and shows young skaters hanging out and having fun together. How did you manage to join their gang?
The first time I saw the boys skating, it was in front of the old hotel Iveria in my hometown, Tbilisi. I was just finishing to photograph the gymnasts and was searching for new topics for the next shooting. Skating tricks were kind of familiar to me with all those acrobatic elements but at the same time it was a very bizarre thing to see, those days. We were not used to see activities like that, taking place in the city center, so I got very interested as it was something new to me as well. By then the age gap between me and the skaters was not that big, so they befriended me. We were hanging out together all the time and my camera became part of their lives in a pretty natural way.
With your wife and film director Salome Machaidze, you co-directed a documentary titled just like the photo series we were talking about now. The movie later won an IDFA award for the best first appearance. Tell me all about it.
Actually, there were three of us directing the film. Tamuna Karumidzem, Salome and me. Salome will lead you through the whole process of shooting better than me.
Salome: When I first saw the photos of the skaters by David, I thought they were amazing and that they had much more to tell also cinematographically. I thought these photos had one more layer that is a space, an environment where skating took place. What I saw in the images was literally the celebration of youth and boyhood. The pictures depict the dreams, beauty of life, sexuality, nudity and rebellion in undefined and half ruined locations, so this inspired me to show the whole scenery. Apart from this, as I’ve been living myself for 20 years in Berlin and together with David for 8 years already, I always wanted to direct a movie about my country throughout this whole period. But it was kind of hard for me to find a form in which I could showcase Georgia the way it really is and we achieved to portray this reality through the eyes of the skater boys by documenting their passion. I was concentrated more on the plot while David took care of the visual stuff. Then Tamuna joined us, with whom I have worked on several other projects and we started directing the movie all together. Thanks to a great support of our German producer Jorg Langlkau, we managed to form a professional crew and started filming the boys with three different cameras in order not to miss a single thing they did. Besides the skaters, we wanted to show Tbilisi in a different way as it is a very eclectic, romantic and weird city, all at once. After we edited the film we planned to present it in Georgian cinemas, but the producer of the film, Zaza Rusadze, thought we could make more of it. His vision and great effort brought our film at IDFA Documentary Festival in Amsterdam‎. The film won IDFA award for the best first appearance, which was a great success – not only for us as directors but for the skaters also, their families and the whole country. We think that the main reason for this great international success is that the film does not showcase the life of young people from a narrow perspective as dreams, hobbies, interests and problems of the teenagers are almost the same everywhere in the world.

Are you still in contact with the skater boys? How does today’s skating scene look like in Georgia?
Yes, we are friends and most of them became what they wanted to become. The international success of the film made them popular and this popularity raised their self-esteem, their families guessed that their kids are part of an interesting culture and started believing more in them. Some of them went to study abroad, a boy who wanted to be a painter has his own art studio, a boy who cooked is now a cook in one of the finest restaurants – so their lives developed in a very positive way. As for the skating scene, now there is a new generation of skaters, the sub-culture became very popular. I think our movie boosted that level of popularity very much.
What hampers the happiness and the appreciation of youth among young people?
I mainly saw the fear in youth. The fear of exiting their comfort zone. Generally in Georgia, young people live with their parents until they are not young anymore and there is a huge difference in the way of thinking between the generations. Young people feel insecure and this insecurity hampers them to find their true selves. The majority of them wish to have their own car, because they don’t have enough money to rent an apartment or maybe they are just afraid to exit their general condition, so a car is a neutral territory where they can stay by themselves, ride the highways and feel a small portion of freedom.
Salome: I agree with David and there is a huge difference in how young people live in Georgia and how young people live for example in Berlin. Youth from Georgia lack adventures, for economic reasons they cannot travel much so they don’t have equal possibilities as the youth from other countries of their age. Meeting new people, seeing new cultures, getting inspirations, and watching how people from other countries live is very important, but as David mentioned, because of the fear of exiting their comfort zones, there are very few young people who would take a bag and just head to explore what’s beyond their apartments, yards, districts, cities and country. Internet and social media are great but personal experience stands above all. Though, their insecurity is understandable at some point because Georgian youth have to struggle between the conservative Georgian society and the passions they naturally have. Being a free soul is mostly perceived as being weird in our country and in most cases it makes the rest of the people uncomfortable. So consciously or unconsciously these people limit and even set the rules as to how free a person can be. 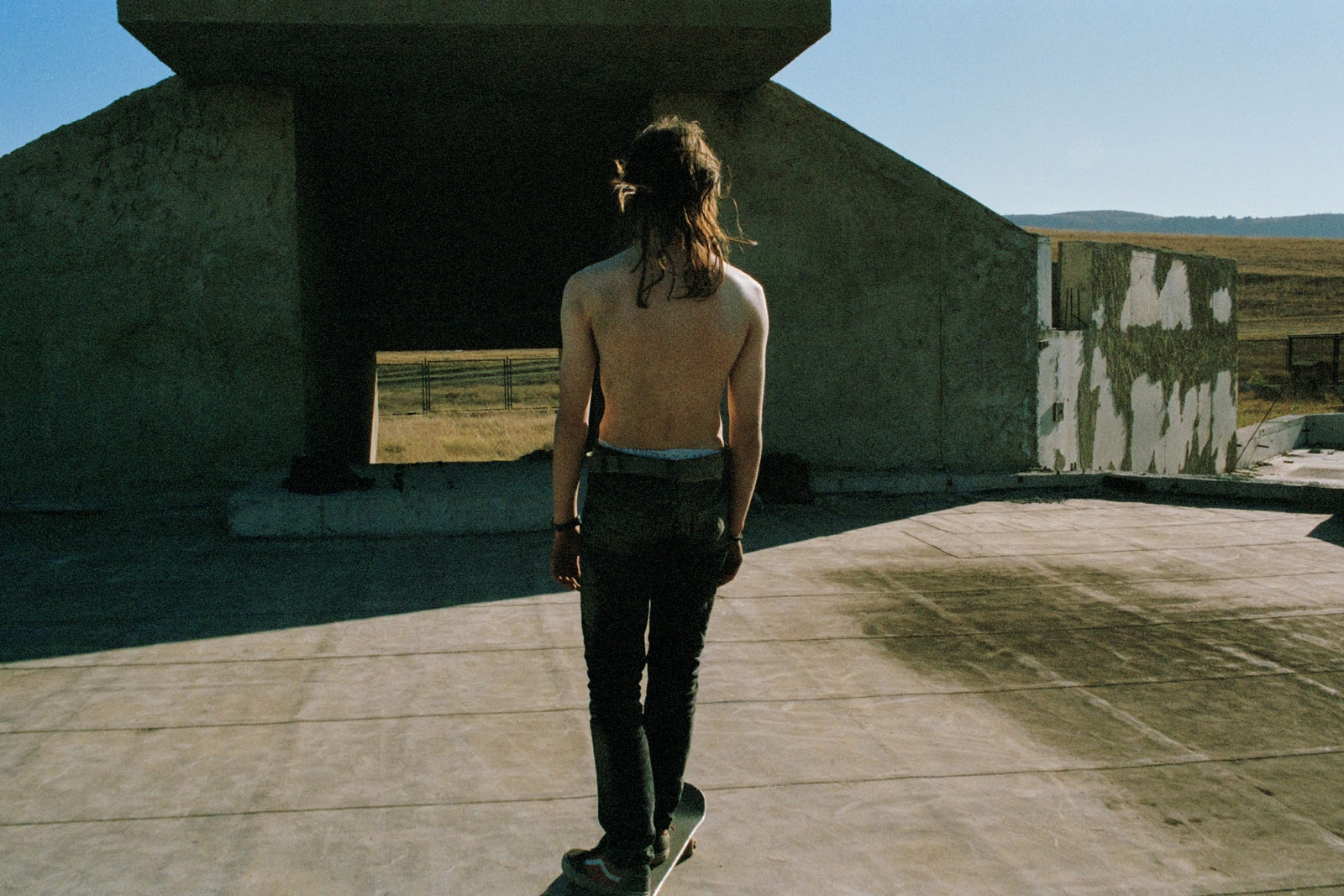 The photo series Higher is a beautiful representation of the body. Where did you take those photos?
My father is a coach in the sports school in Georgia and the photos are taken there. I myself was attending the school and sport camps as a kid but then I gave up on sports, got involved in the photography and started shooting others while training. I was trying to confront beauty to the environment that did not correspond to the state of gymnasts’ spiritual condition. What I was concentrating on during this shooting is a body, its beauty, and its extremity.
What about the Miraculous dwells in still where you depict the beauty of unconditional love and perks of freedom?
I consider these photographs as the most documentary among my series. The people in the images are my friends and the photos are taken back when we were young. We would spontaneously decide to go far away from the city and I always took my camera with me to imprint the precious moments. Now, after many years when I watch these photos I see lots of freedom, love, fun and sexual liberation that was a natural condition for us back then.
Are you working on any new projects?
I have a few group shows this year and also will be having a solo exhibition next year, at the Galerie für Moderne Fotografie in Berlin. Apart from this, I am planning to experiment on my main and eternal subjects in a book dimension. Although, I have never done it before. 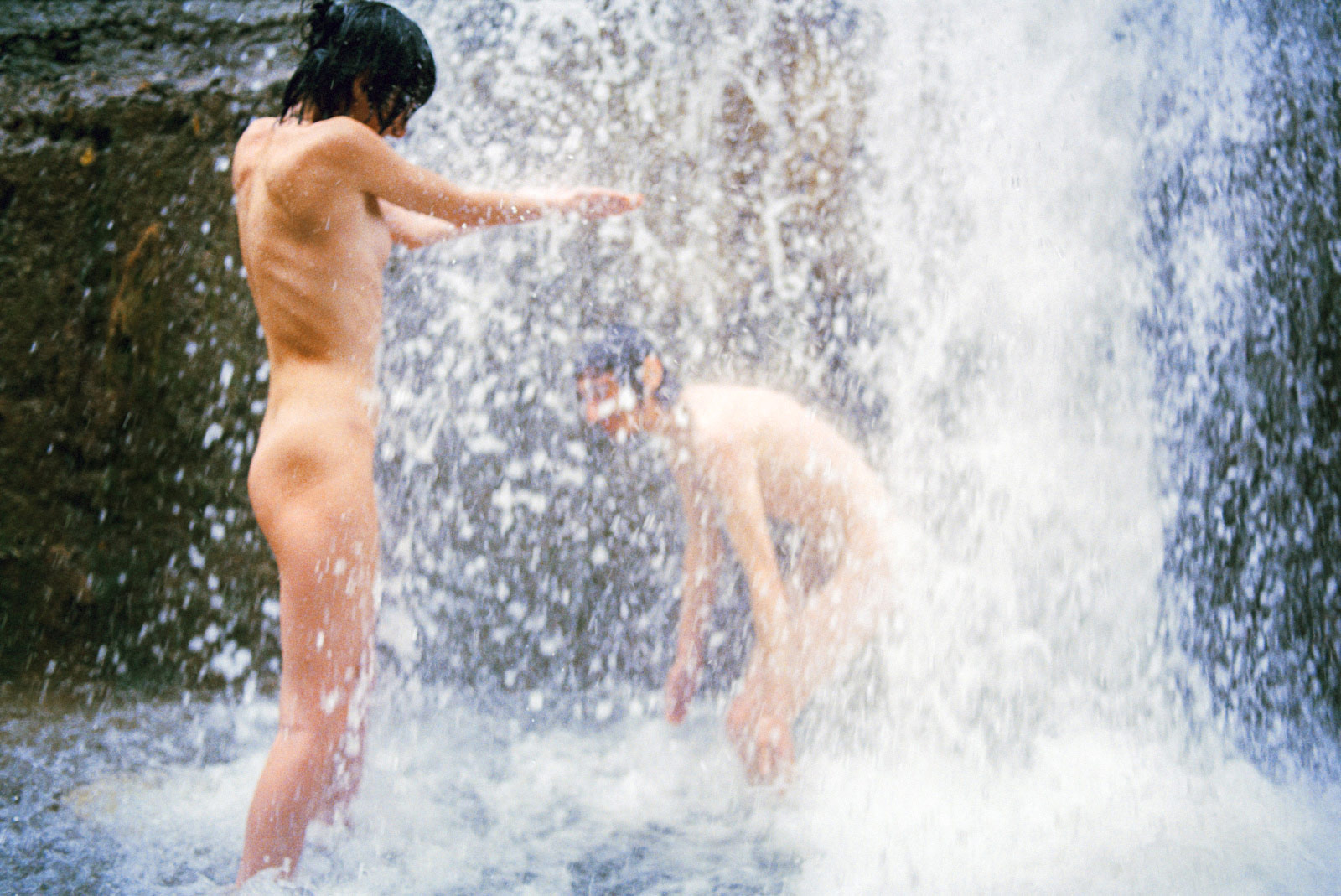 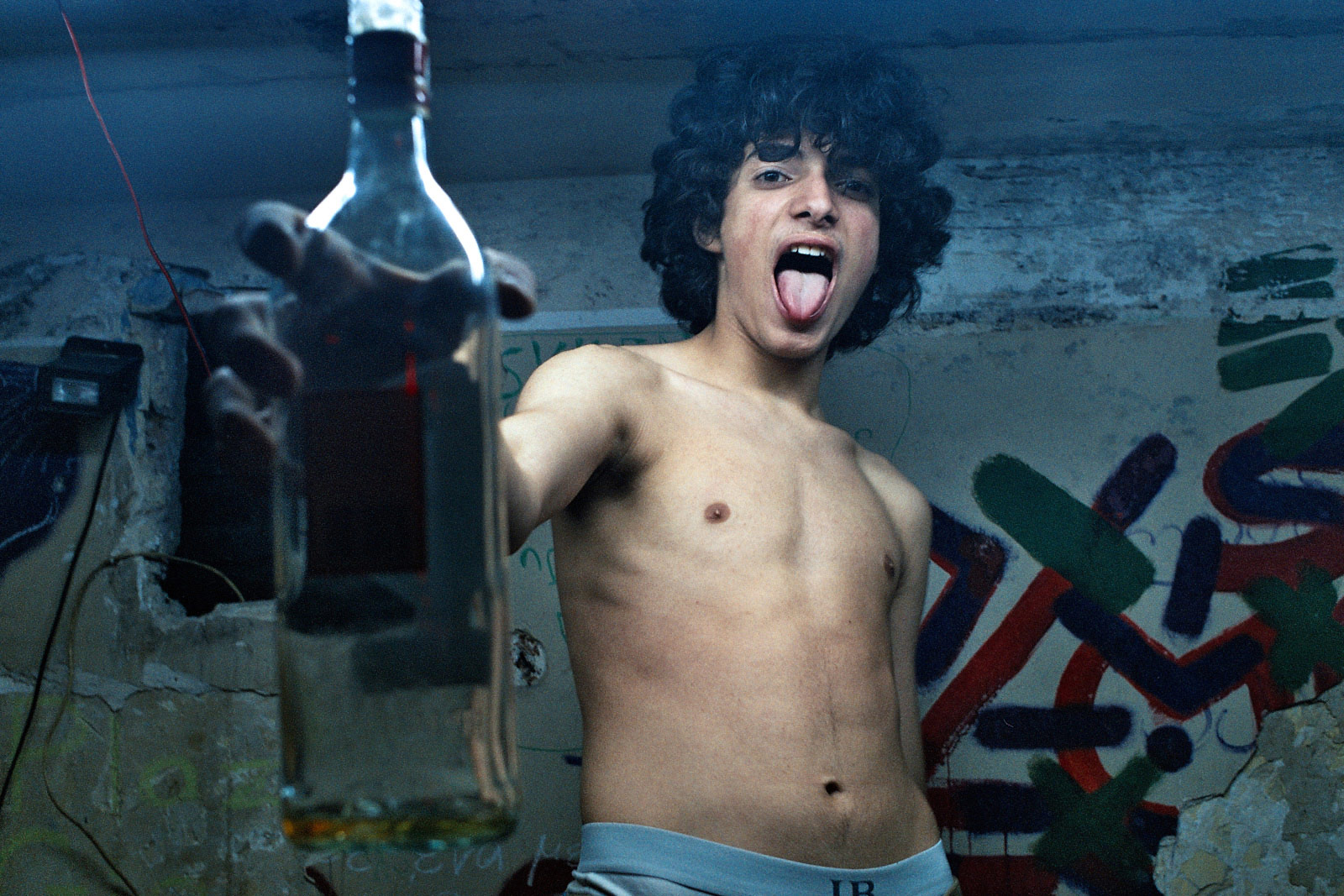 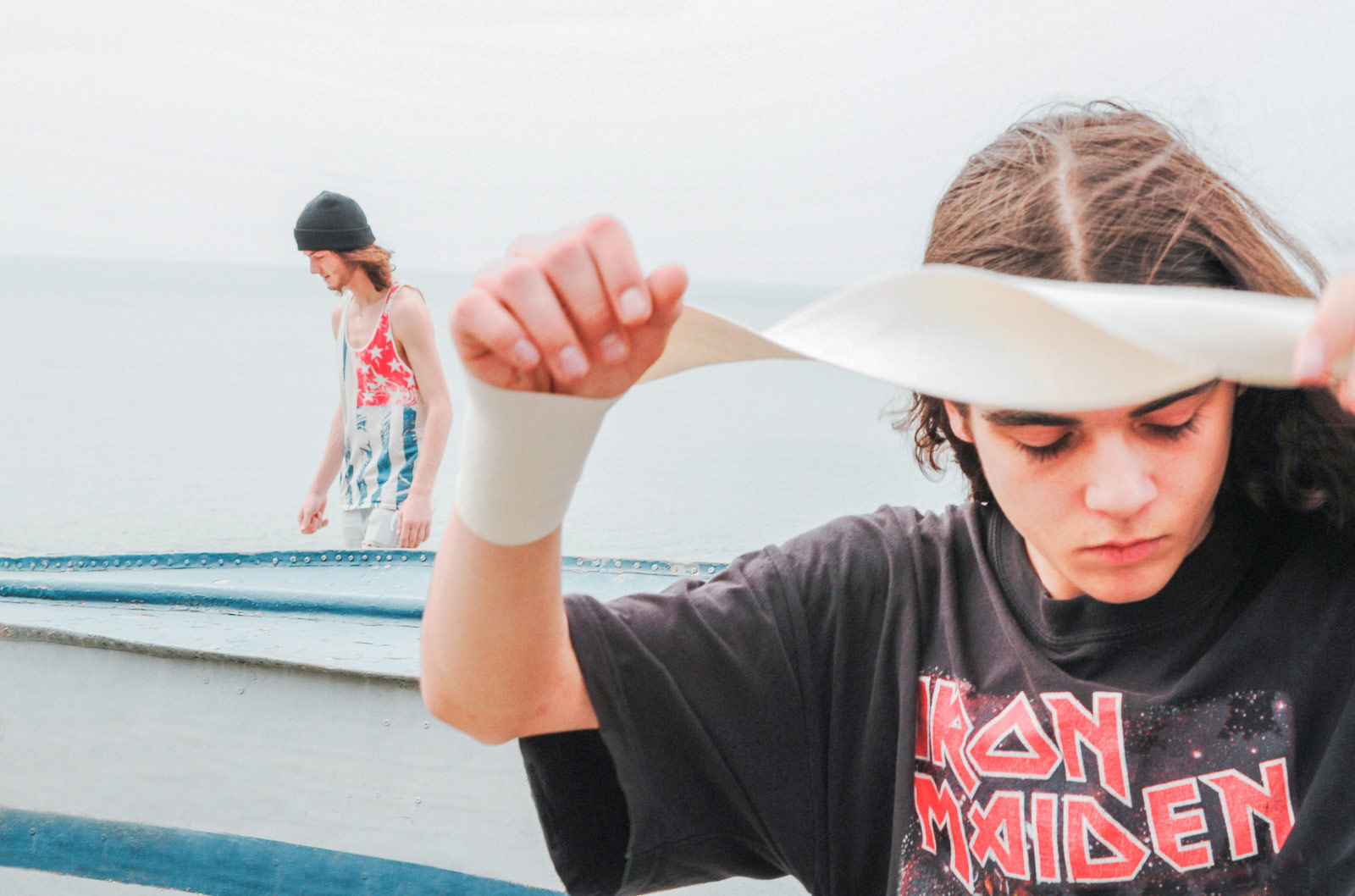 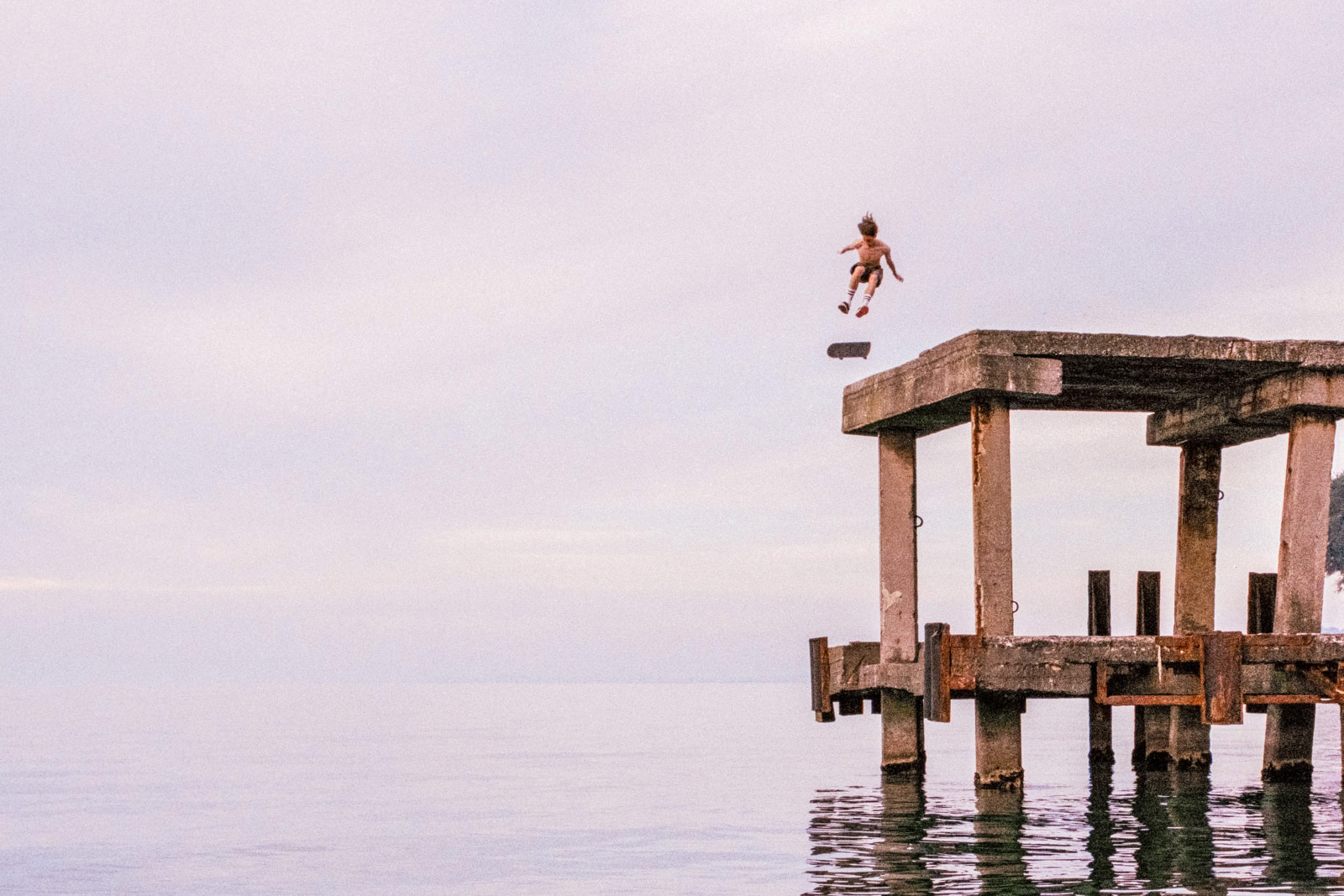 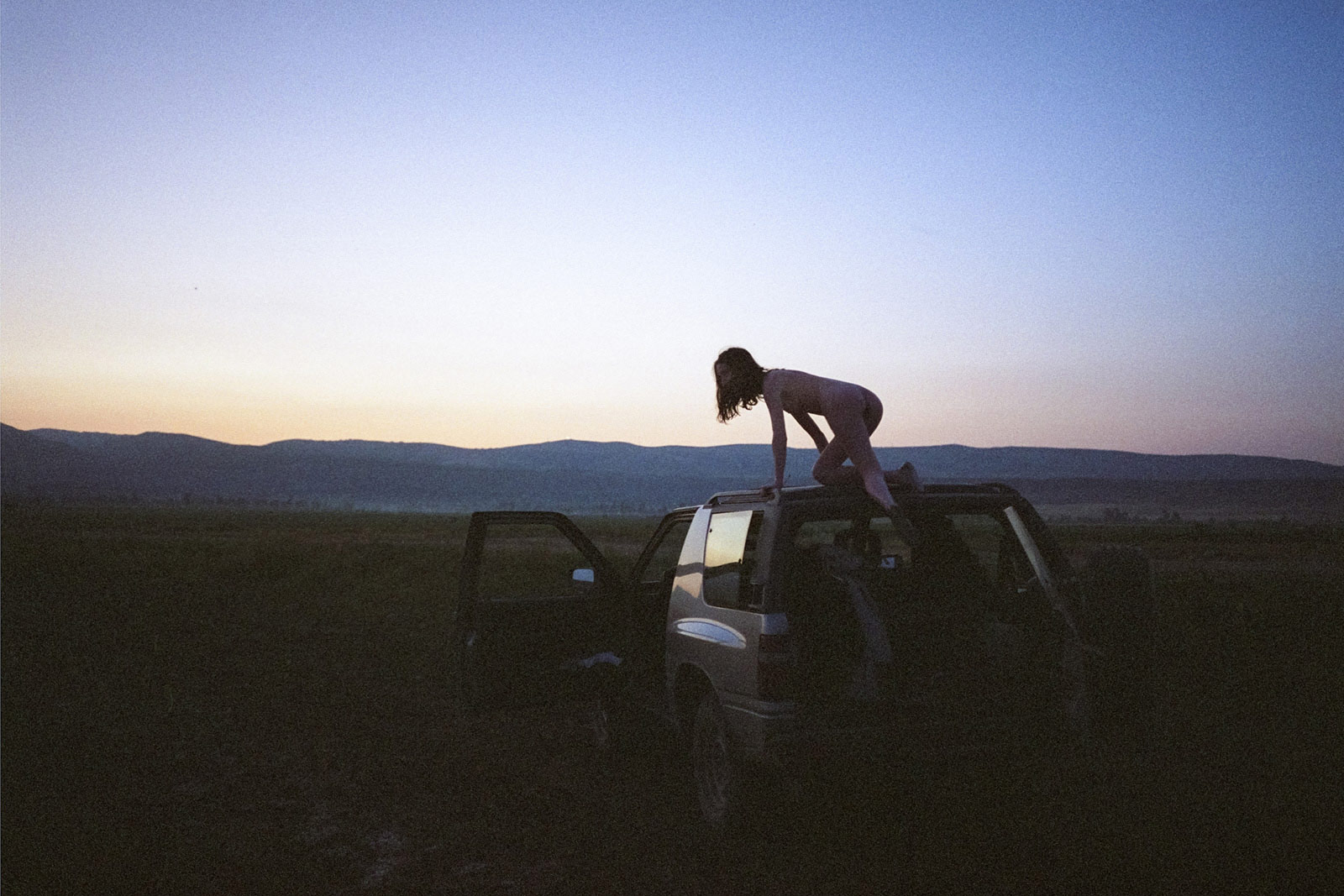 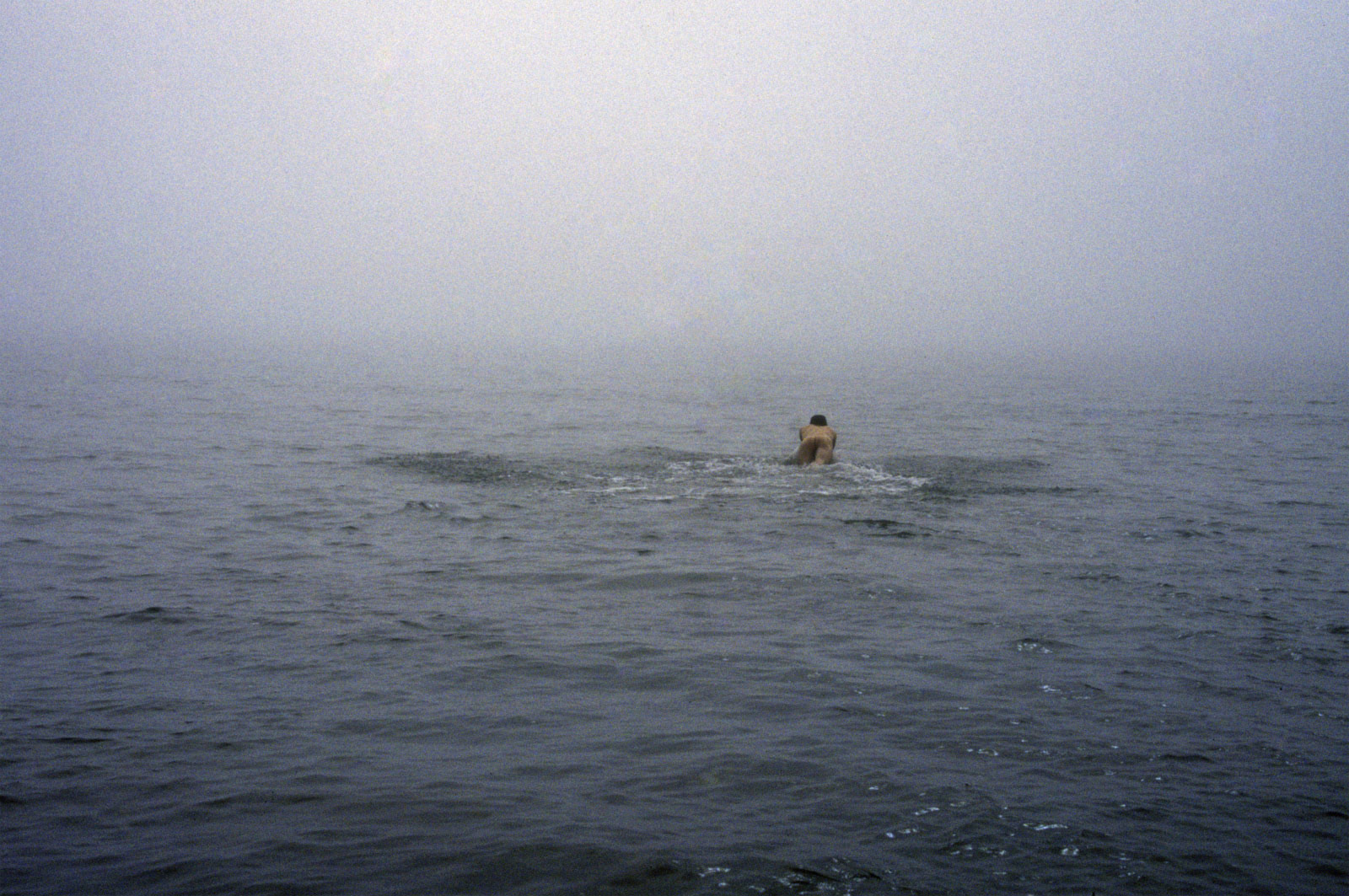 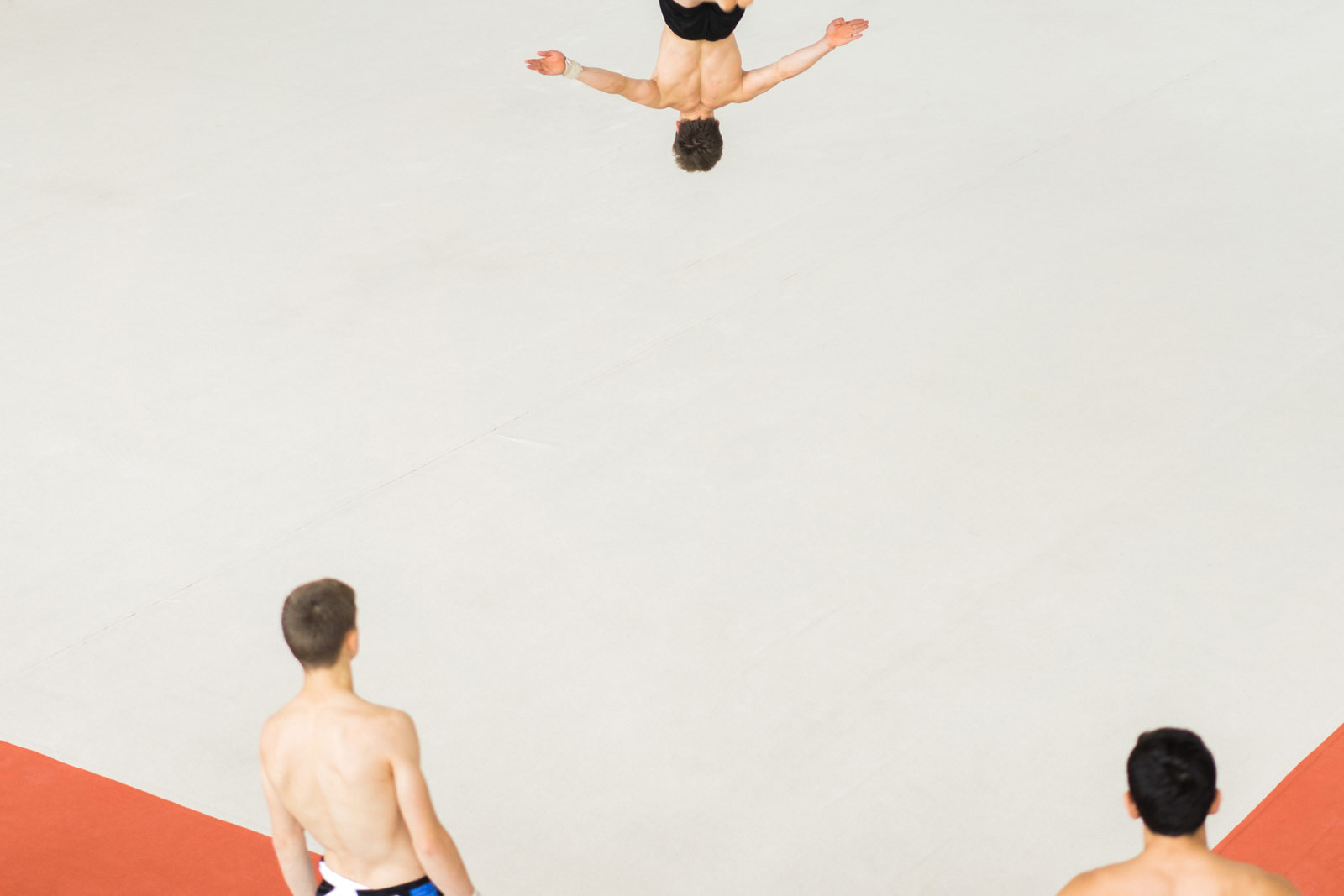 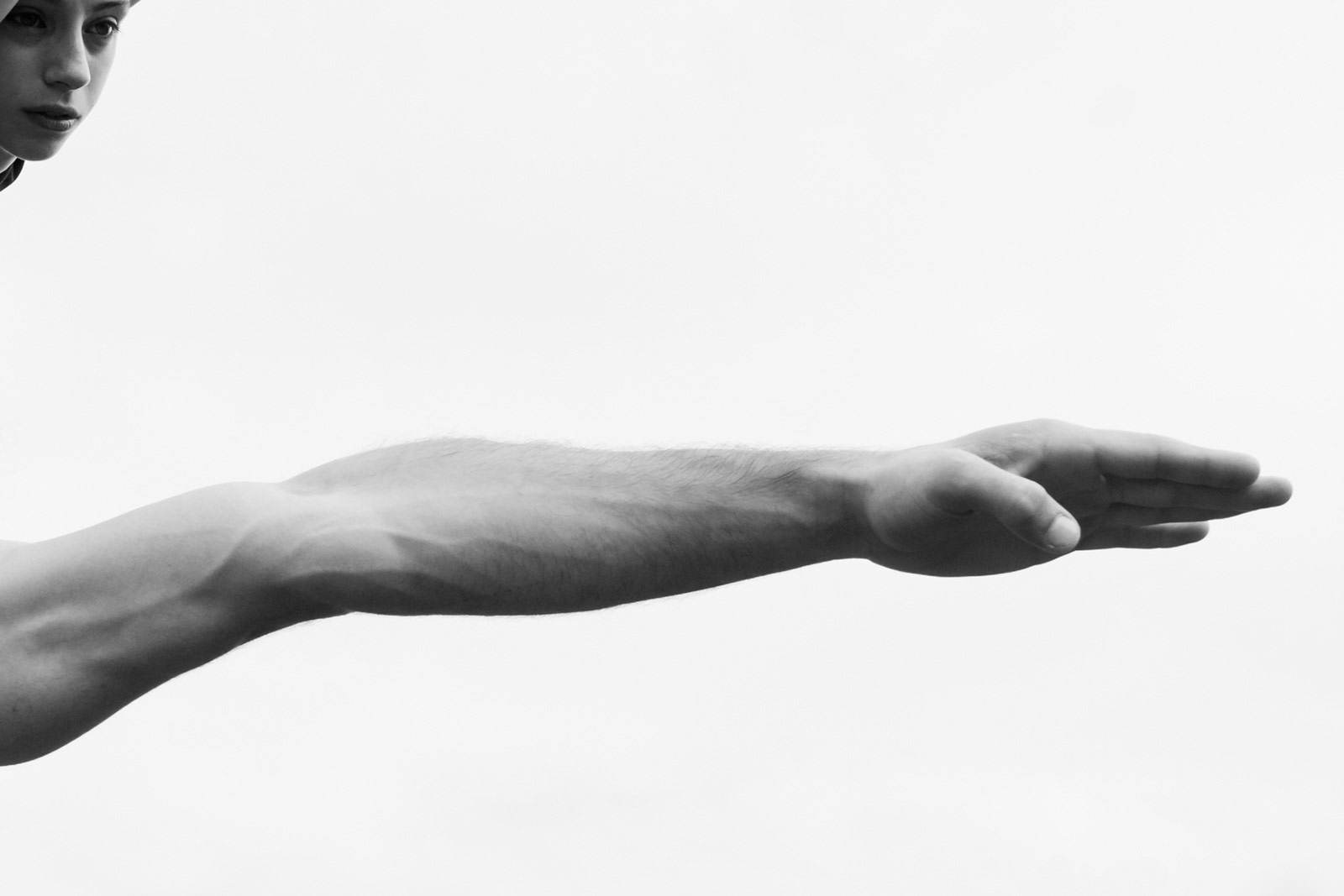 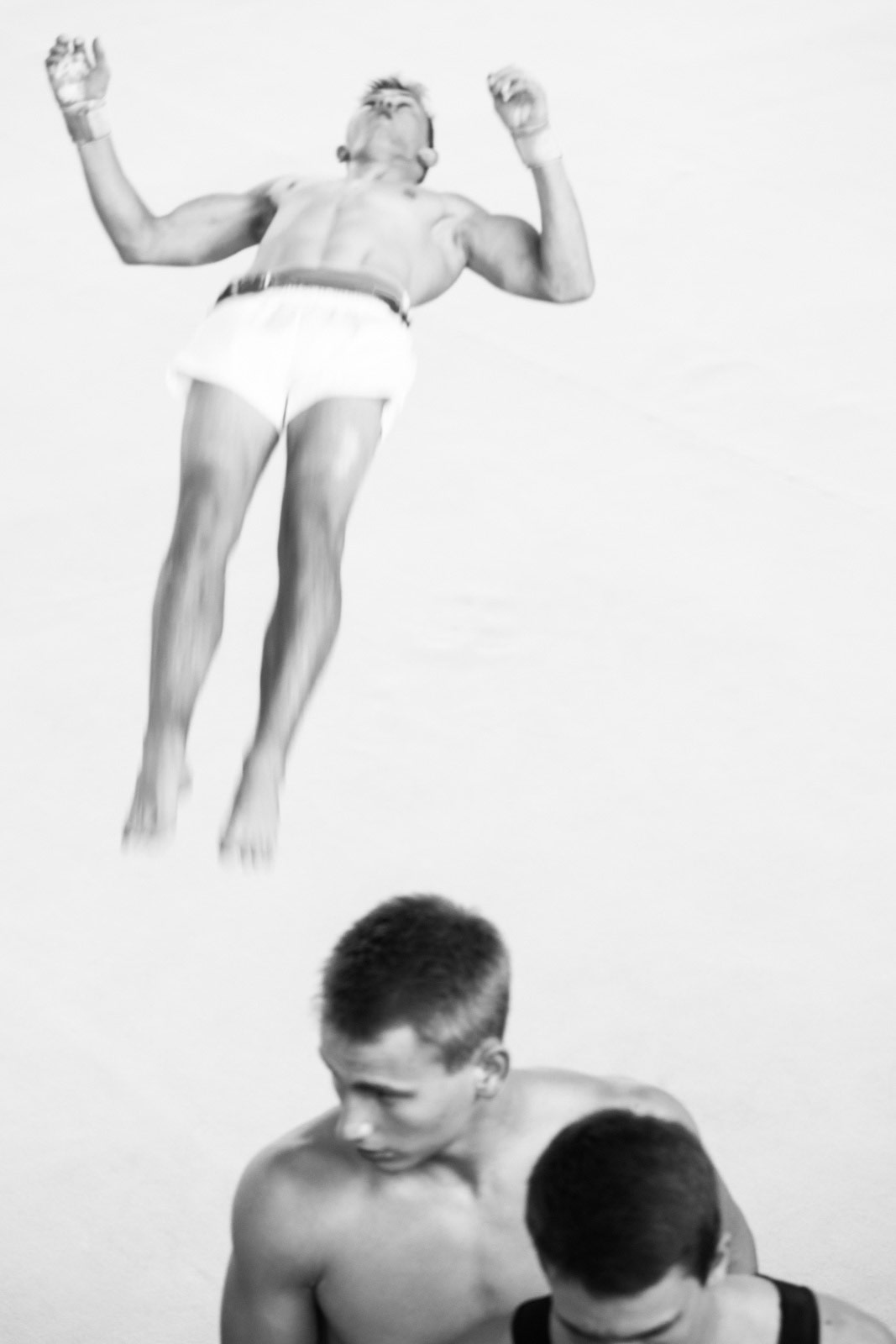 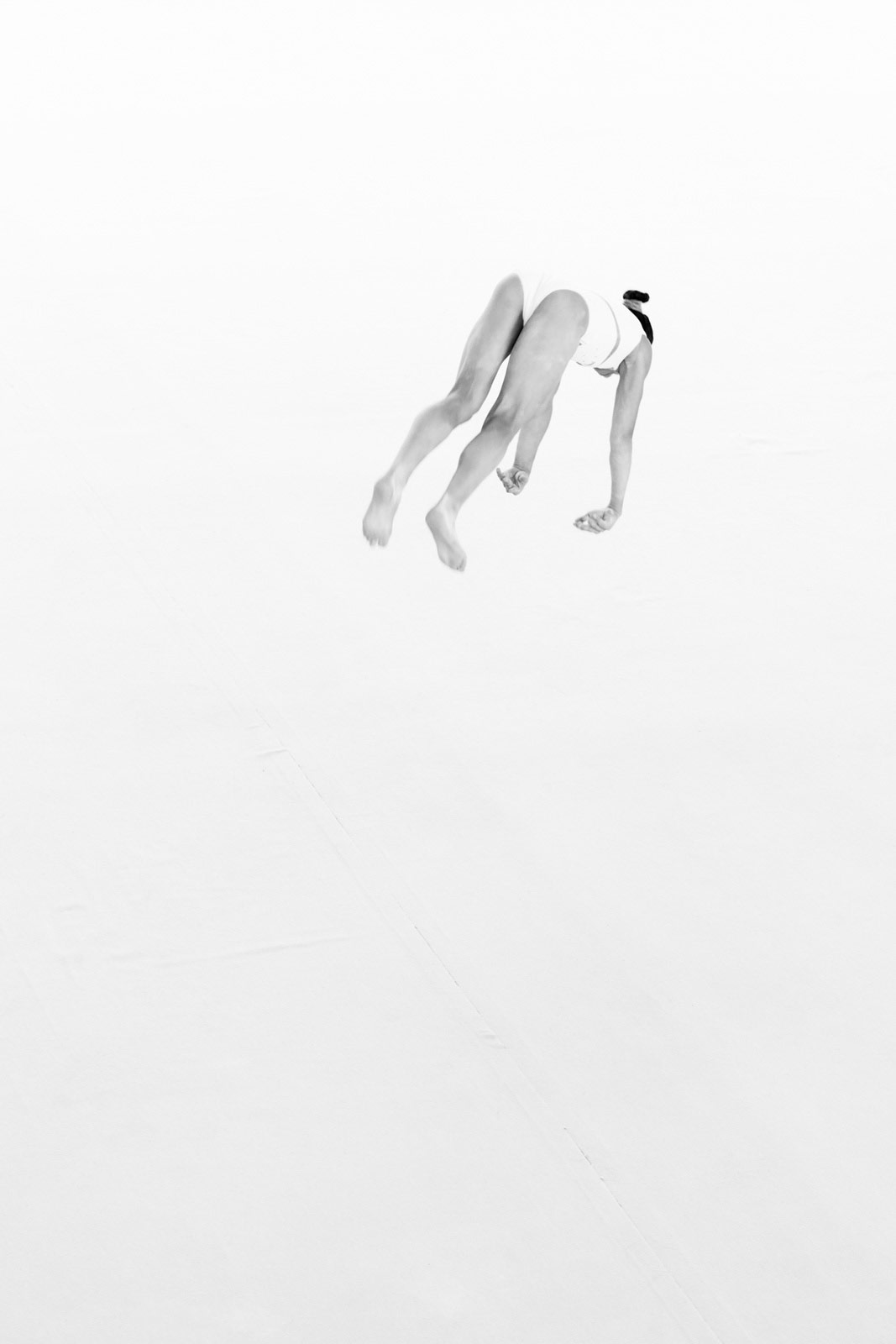