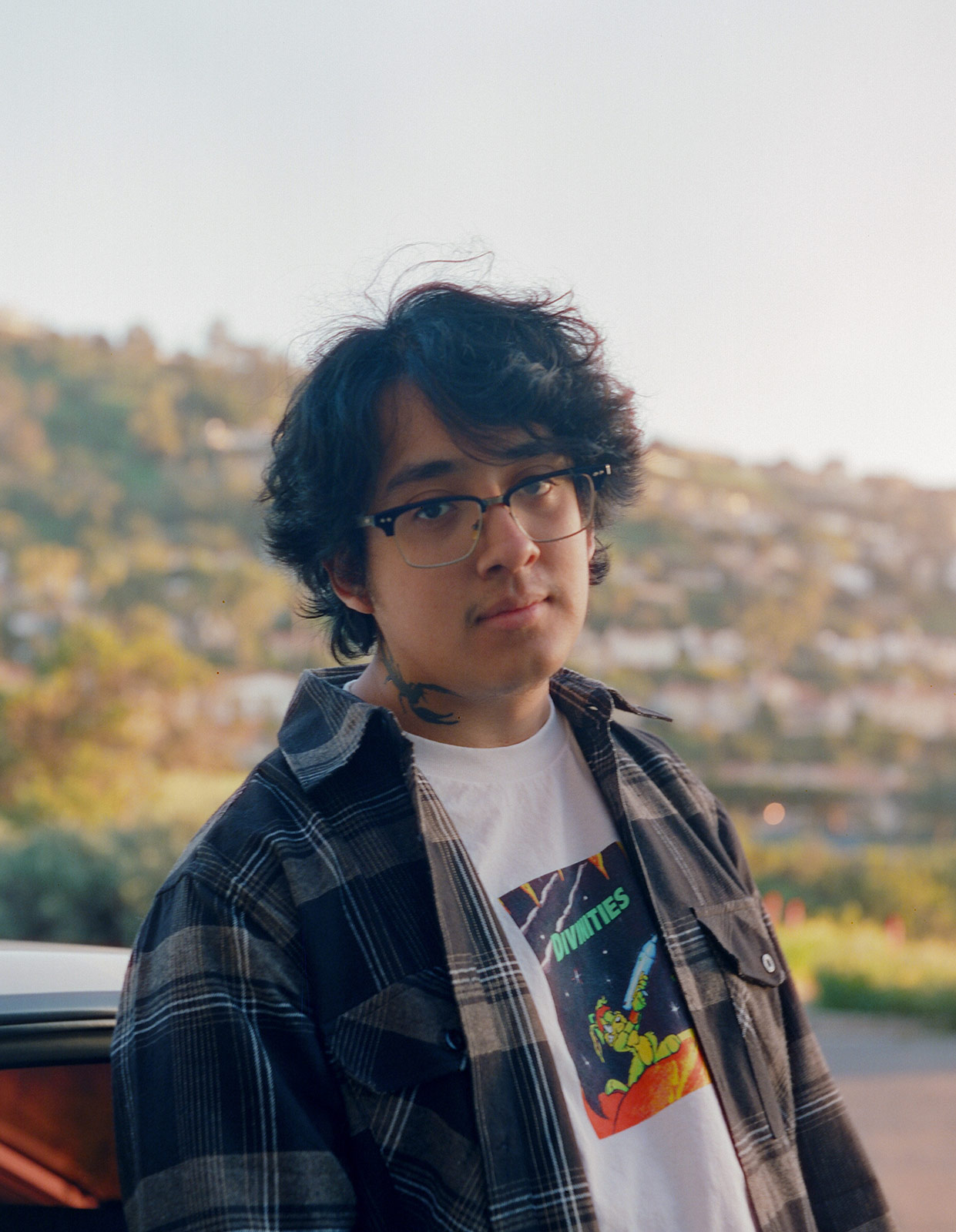 This past year has been a whirlwind for 21-year-old Omar Banos, otherwise known as Cuco, who has gone from producing music and performing for his friends in his suburban Californian backyard to opening on tour for Kali Uchis and playing major festivals around the world.
Cuco, which means ‘boogeyman’ but also ‘cuckoo’ in a lot of Hispanophone countries, makes romantic, melancholic dreamy pop, crafted from his own heartaches, inspired by the rich diversity of Latin-American musical repertoires and that caters to the ears of a thirsty new generation of young Spanish-speaking dreamers. We caught up with him before a concert in Barcelona, shortly after performing in London. He shared with us the inspiration behind his stunning visuals, why his voice matters to bi-cultural dreamers across the United States and the world, as well as the exciting release of his debut album Para Mi, this past Friday, July 26.

Hey Omar! So happy to finally catch up with you while you're on the road. You just played London and are about to get on stage in Barcelona. How does it feel to graduate from performing music in your bedroom and backyard in Hawthorne (California) to playing major European festivals?
Oh, man, it's been unbelievable! I am amazed and can't get over the energy and the overwhelming response from people out here. I am exhausted but it feels unreal.
In anticipation of the release of your debut album Para Mi on July 26, you have just put out two stunning singles and visuals for your songs Hydrocodone and Bossa No Se ft Jean Carter. Both songs have very distinct styles and influences: one has a Bossa nova-hip-hop vibe and the other is much more mellow. How do you explain this?
Hydrocodone is in reference to the strong medication I was on after the near-fatal car accident me and my bandmates were involved in last September – hence the more downbeat sound. The video was shot in Mexico City by the super talented Jazmin Garcia and is a portrayal of this near-death experience and the representation of death in general.  Bossa No Se, on the other hand, came from a desire to explore the more melodic aspect of bossanova.

Was it important for you, as a child of Mexican immigrants and whose mother tongue is Spanish to delve into and include some Latin-American musical references and styles into your album? I'm thinking of Do Better and Best Friend for instance.
For sure. There is such a huge range of Latin-American musical genres and styles to choose from and play around with, it would be sad not to. But I listen to everything from Tame Impala to rap, to 1960s jazz, so I think if you listen carefully, you can hear a variety of influences on the record and I want to venture into as many genres as I can.
Although most of your lyrics are in English, the title of your album, Para Mi, which translates by ‘For Me’, along with some of your songs like Amor de Siempre, are in Spanish. What does Spanish express to you that English doesn't and vice-versa?
To me, Spanish is definitely a more melodic, romantic language and I think it fits the melancholic style of my songs really well. That being said, I use English in my songwriting too and I think it manages to express heartache too, in a different way maybe.
Using two languages – in your case, Spanish and English – is pretty rare in most contemporary American alternative pop. I can think of Empress Of, who is of Honduran heritage and also mixes both languages on her latest release Us. Do you think this process helps speak to a wider majority of twenty-something kids like yourself?
I love her! She's my buddy and she's super talented. I have a really wicked and solid fanbase at home and they definitely have a similar background to mine, so it is obviously super important to have someone who looks like you making music that speaks to you and to whom you can identify and it has lacked so much in the Chicano community.

Your songs all have a lofty, melancholy vibe about them. I quote you: “I am hella emotional". How do you explain that this romantic feeling of lusty isolation and heartache is what comes out of you creatively?
I guess I just love writing songs about love, feelings and emotions.
Finally, 2019 seems to have a lot in store for you. What are you most excited about?
The album, of course. I’ve been touring in the United States all July and then I'm heading to Australia. And the Para Mi tour kicks off in September worldwide! 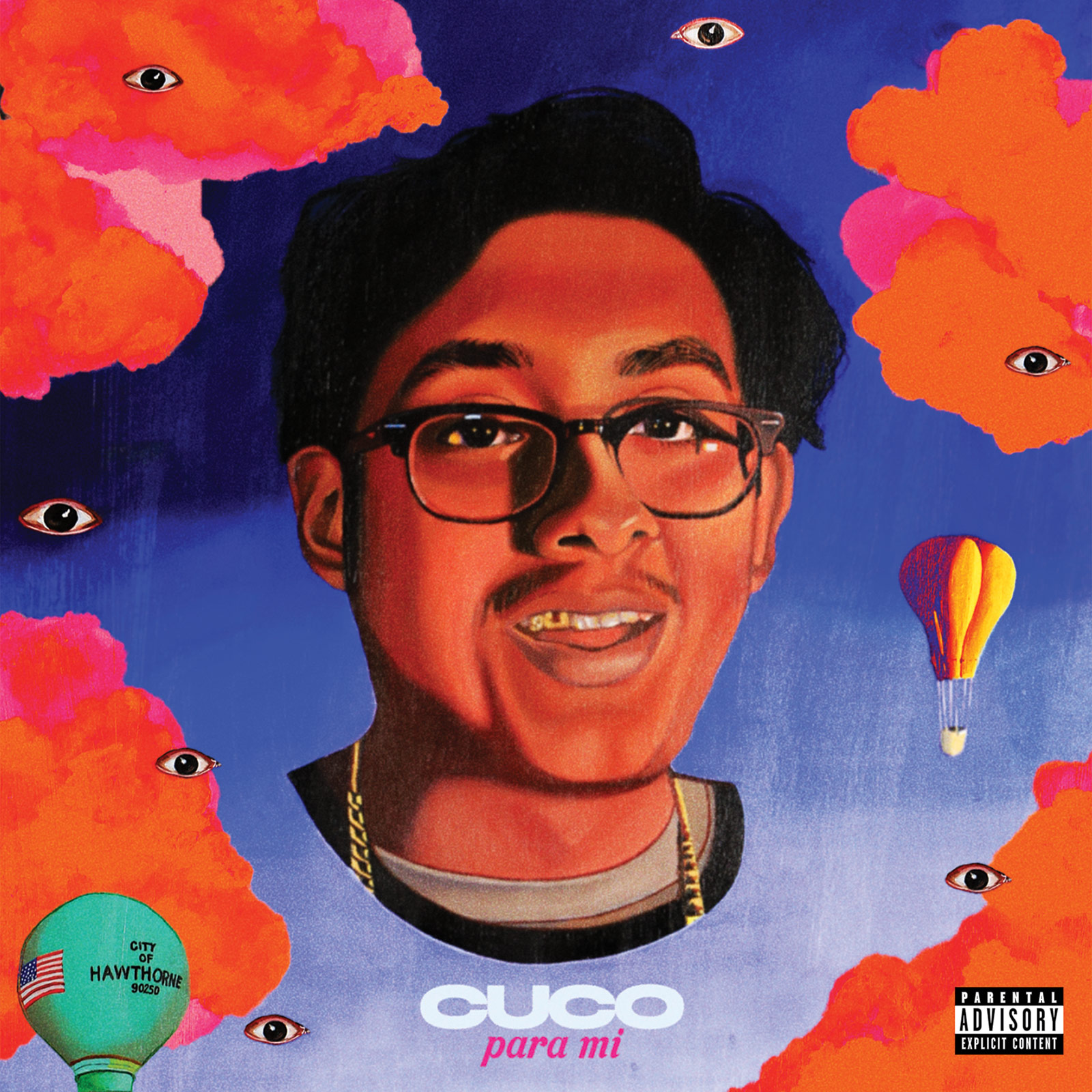