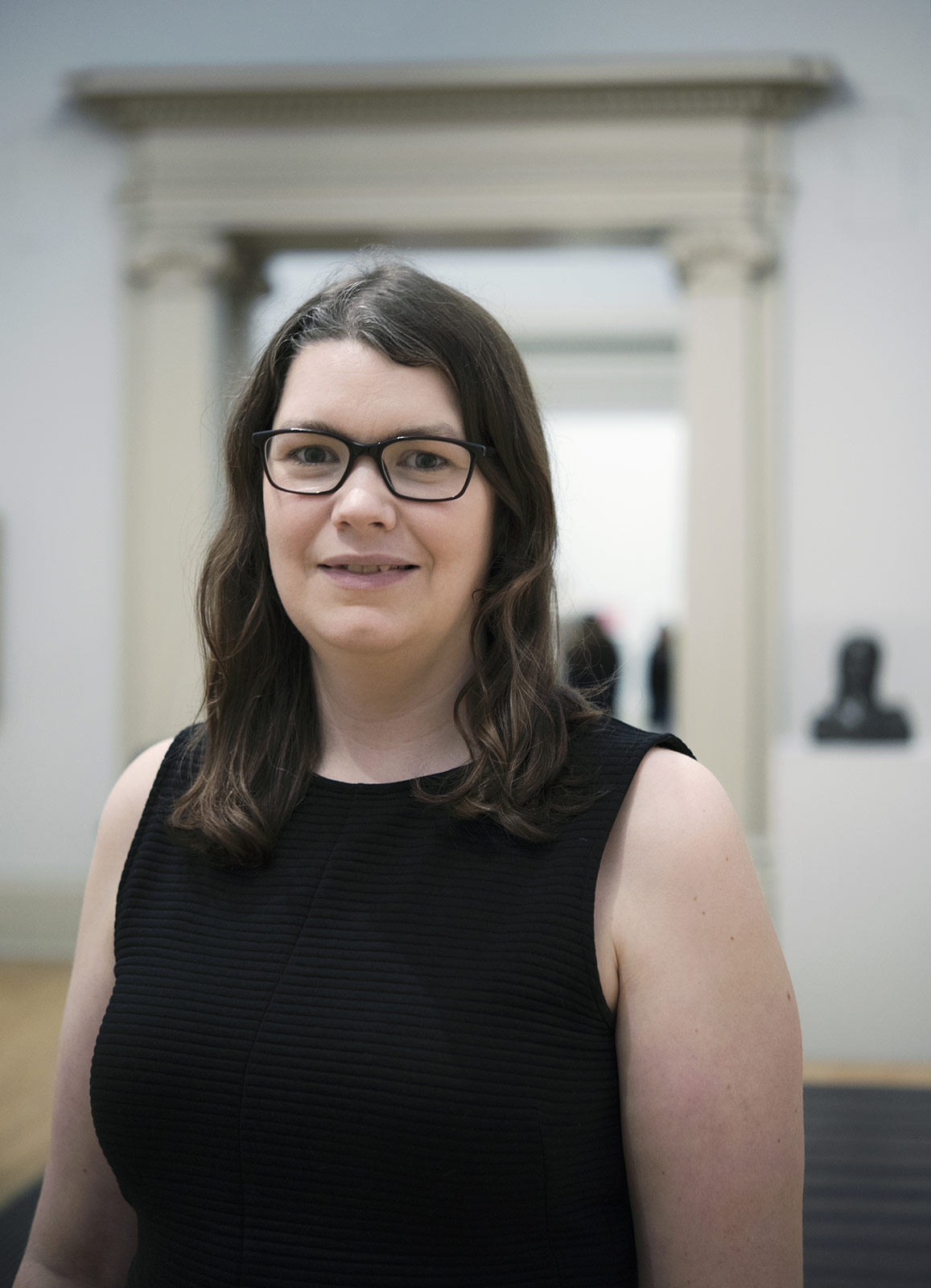 Only fifty years ago male homosexuality was partially decriminalised in England. In order to mark this event Tate Britain has showcased the works of artists who have researched and represented themes like queer identity and sexuality within their practice. Along the eight rooms of the exhibition the viewer goes through a journey into artworks, anecdotes and keepsake objects like the door of Oscar Wilde´s prison cell, exploring how artists have delved into their own identity, but also how they had to face stigmatization and persecution during their personal and artistic lives. Moreover on 24th June Tate Britain will host the launching events of the Pride in London Festival, which will run until July 9th in several locations around the city, presenting performances, films, music, talks and tours covering LGBTQ+ themes. Clare Barlow has been in charge of curating the exhibition, and we asked her some questions to know more about what goes behind the portraits on show.
This is the first ever exhibition about queer British art. What is the message that you wanted to communicate through this show?
I wanted to show that the past is more diverse than you can possibly imagine!  The show contains artists and subjects with wide-ranging sexualities and gender identities.  And while some of them had tragic lives, such as Oscar Wilde, others were very successful.  There are moments of humour alongside moments of oppression – all of human emotion is on display.
How did the idea for this exhibition come up?
The idea of doing a show to mark the fiftieth anniversary of the partial decriminalisation of homosexuality in England and Wales first came from Tate’s LGBTQ+ staff network.  This anniversary offers an opportunity to reflect on where we have come from as a community and on where we are now, and I was delighted to be asked to take the project forward.
Do you think there was a social urge to clearly bring LGBTQ+ themes into an important institution like Tate?
Works that connect with LGBTQ+ themes have always been present in the museum and this isn’t of course the first piece of LGBTQ+ programming that Tate has done, but it’s the first time we’ve explored these themes through an exhibition.  This allows us to explore themes of identity in a much more focused way and make those connections much more visible. 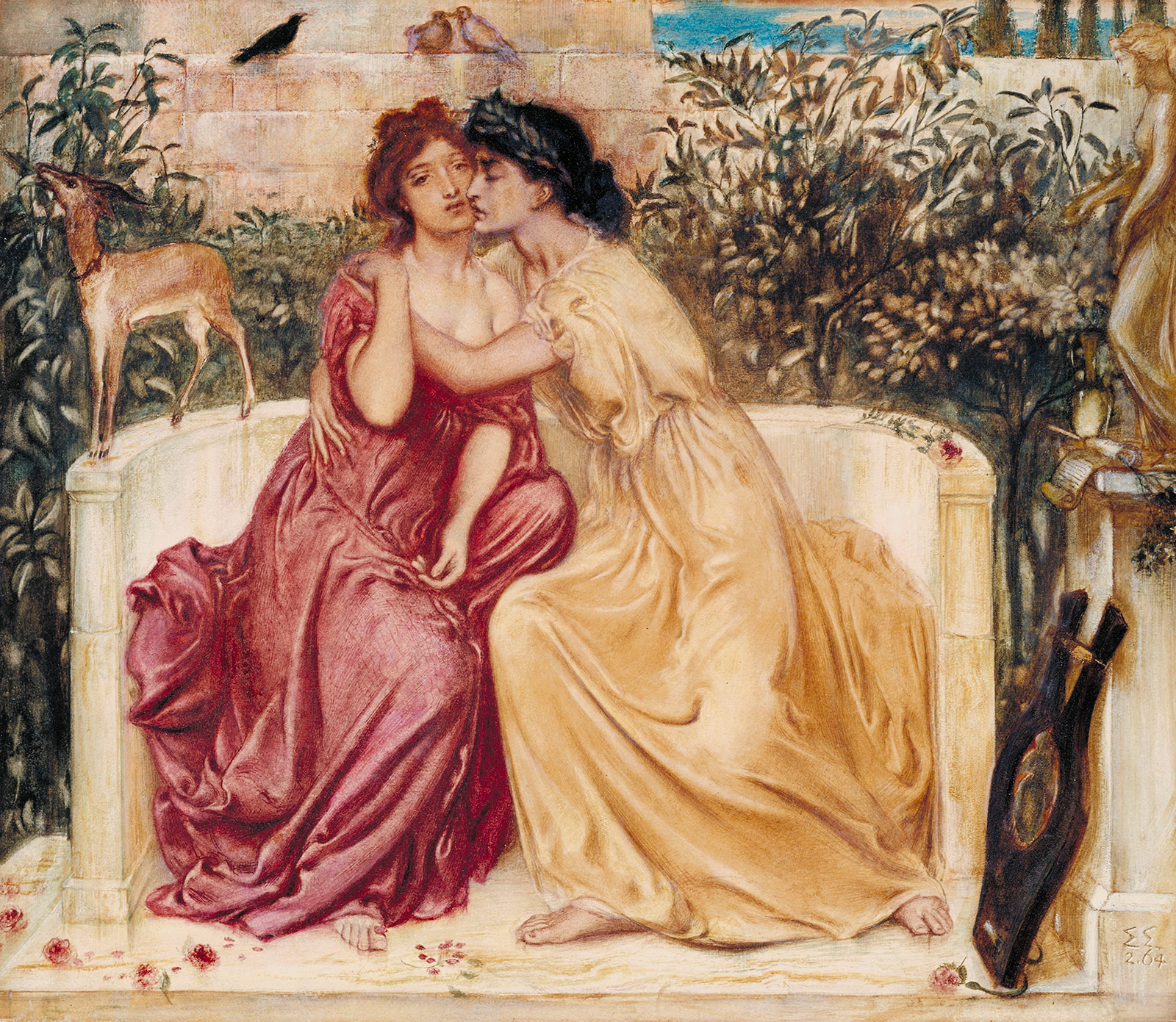 Sappho and Erinna in a Garden at Mytilene, 1864. Solomon, Simeon (1840-1905)
The exhibition focuses on the time lapse between 1861 and 1967. Why did you selected this specific time frame?
1861 is the end of the death penalty for sodomy in Britain and 1967 is the year of partial decriminalisation.  However, these legal landmarks are a very small part of the story.  Across the hundred years of the show, we move from a world in which there are few words for same sex desire and gender diversity to a world in which identities are starting to be recognized and the community is starting to find its unique voice.  It’s a really exciting period!  There’s key moments like the trials of Oscar Wilde and the prosecution of Radclyffe Hall’s The Well of Loneliness, which was banned for its depiction of female same-sex love, but there’s also a really rich queer culture that starts to develop across the arts – from gender swaps in music hall through to depictions of sex between men in the work of Francis Bacon and David Hockney.
What criteria did you follow to select the artists and their artworks?
Each artwork had to connect to queer perspectives and experiences or to public debates over same-sex attraction and gender diversity.  These connections are very varied – in some cases, it’s an artist exploring their desires, while for others, it’s an audience seeing something in the work and either throwing up their hands in horror or finding something in the work that speaks to their own sense of identity.
Do you think that visual artists were somehow advantaged by the medium itself in expressing their identity freely?
The potential ambiguities of the visual arts help some artists to explore themes that might be more difficult to express in words.  But audiences are skilled at decoding these ambiguities and finding hidden meanings in the works, real or imagined.

The Critics, 1927. Henry Scott Tuke (1858-1929)
Sometimes reading the cards next to the artworks I found that there was more information about the private life of the artists rather than explaining the meaning of their work, especially regarding the construction of a queer definition. Why did you choose to focus on those private details?
We’ve included biographical information where it helps you understand the artwork.  For example, to understand why Duncan Grant’s portrait of P.C. Harry Daley, which shows him wearing his policeman’s uniform, you need to know that Harry Daley was one of the lovers of the novelist E.M. Forster and knew Grant through Forster.  Daley later writes a memoir about his life on both sides of the law.  Similarly, I think Gluck’s Lilac and Guelder Rose takes on a slightly different meaning if you know that Gluck had a relationship with society flower-arranger Constance Spry.  It’s about making those hidden histories visible.
In the first rooms of the exhibition there are many examples of the artistic interest in representing the human body, like in the works of Henry Scott Tuke, Wilhelm von Gloeden or like in the drawings and pictures of the fighting men. How do you think that this kind of works have contributed to the shaping of a queer identity?
Representations of the body are interesting because, of course, there is an academic tradition of depicting the male nude which isn’t intended to be sexual.  Each of the nudes that we’ve included has an explicit connection to queer culture or to debates over same-sex desire or gender diversity.  Frederic Leighton’s The Sluggard, for example, is depicted in a pose that is taken from a work by the Renaissance artist Michelangelo, at a time when Michelangelo’s sexuality was being questioned and it subsequently became a gay icon.  Reviews of Duncan Grant’s Bathers described it as a “nightmare” that would have a “degenerative effect” on the young men at the Polytechnic where it was installed, while the depictions of wrestlers and body-builders were an established way of encoding queer eroticism.  Of course, the kinds of body shapes that are depicted in these works tend to be conform to society’s expectations of beauty.  I don’t, however, think this is peculiar to queer culture – the same could be said of most depictions of the female nude from this period.
Walking from this first rooms to the last ones I had the feeling that at some point the artistic interest in the representation of the body moved towards a representation of the identity, as for instance in Cahun’s works. Is it possible to say that somewhere in history there was this kind of twist?
The idea of identity is comparatively recent and develops during the period covered by the show.  In the mid-nineteenth century, most people didn’t have a sense that particular sexual acts or preferences reflected a core truth about the self. Cahun was heavily influenced by the sexologist Havelock Ellis, who was one of the first people in Britain to try to classify desires.  His work was key to the development of the concept of queer identities. 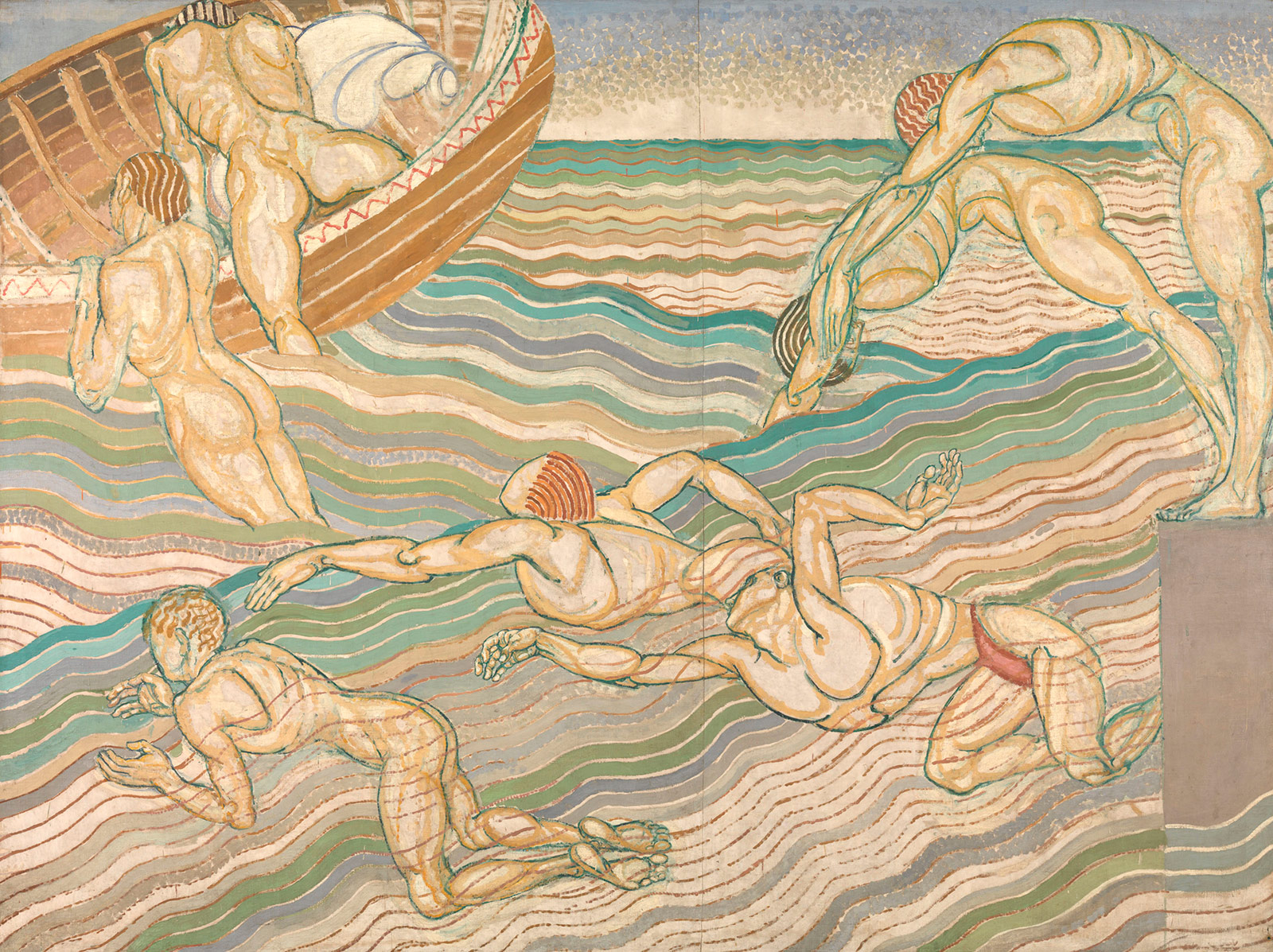 Bathing, 1911. Duncan Grant
During the 1950s and 1960s the neighbourhood of Soho is described as the epicentre of queer culture; in fact Bacon defined it “the sexual gymnasium of the city”, as explained in the show. How did London look back at that time? Did queer people still have to hide themselves even in the ‘60s?
Even in the 1960s, there was the ever-present threat of legal persecution. The playwright Joe Orton and his partner Kenneth Halliwell had separate beds in their Islington Flat to keep up the illusion that they weren’t a couple.  Barbara Kerr-Seymer was thrown out of the house by her parents when they found a copy of The Well of Loneliness on the piano.  There were, however, areas in the city where queer people could find each other – cruising grounds, clubs (including the Gateways club, which catered for lesbians), particular pubs etc.  Navigating the city as a queer person relied on a degree of luck and some knowledge: for men, flirting with the wrong man could lead to a prison sentence.  The police periodically organized raids or tried to entrap men by posing as a potential love interest.  But many people managed to find each other and some even lived together in defiance of the law.
Currently in London there are major exhibitions about the works of important artists like Hockney, Bacon and Cahun. Isn’t it risky to anthologise artists by their sexual identity?
The purpose of Queer British Art 1861-1967 isn’t simply to anthologise artists by sexual identity; it’s to look at how themes of same-sex and gender diversity have had an impact on art.  There were some artists who we didn’t include because, although we knew they were in same-sex relationships, there was no sign that they explored that aspect of their identity in their work.  If we ignore the ways in which artists and audiences have explored same-sex desire or gender identity in art, we miss an important dimension of the artworks and we erase the history of queer experience.  There are, for example, plenty of studies of the heterosexual marriage portrait or of heterosexual eroticism in art.  I don’t think it’s radically different to be exploring LGBTQ+ themes.
On 24th June there’s going to be the launch of the 2017 Pride in London festival. The LGBTQ+ community will be celebrated and explored through music, performance, talks, tours and film at Tate. Could you tell us a little bit about this collaboration?
We are very excited to be holding this festival at Tate Britain.  There will be a host of free events, different performances, stalls, food – a real party atmosphere across the gallery.   It will start at 2pm with activities for all ages and run through into the evening. It’s an opportunity to celebrate the LGBTQ+ community today in its full diversity!
Queer British Art 1861-1967 is currently exhibited until 1st October at Tate Britain, Millbank, Westminster, London.

Queer and Now: Launching the Pride in London Festival will take place on Saturday 24th June from 2pm to 10pm at Tate Britain, Millbank, Westminster, London. 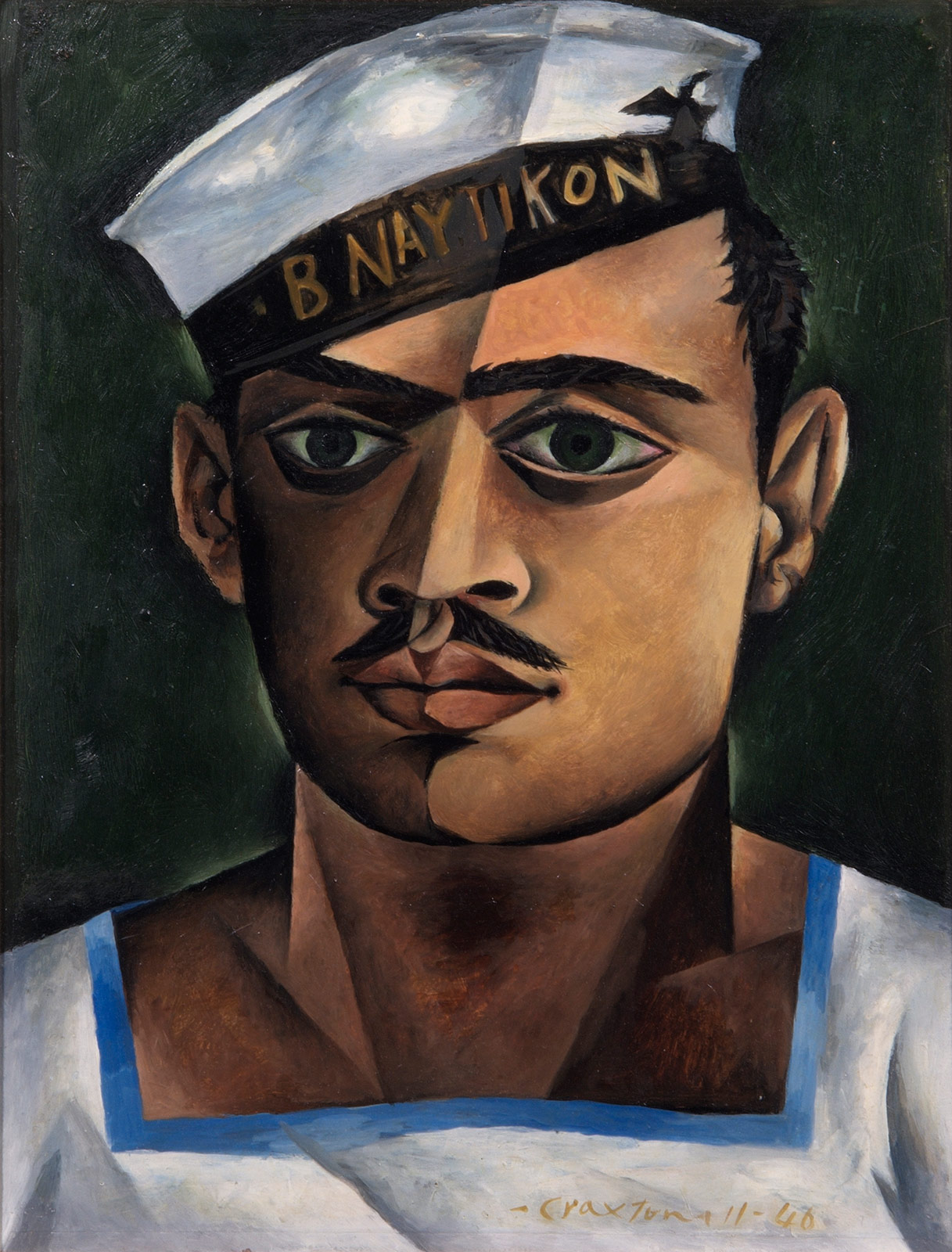 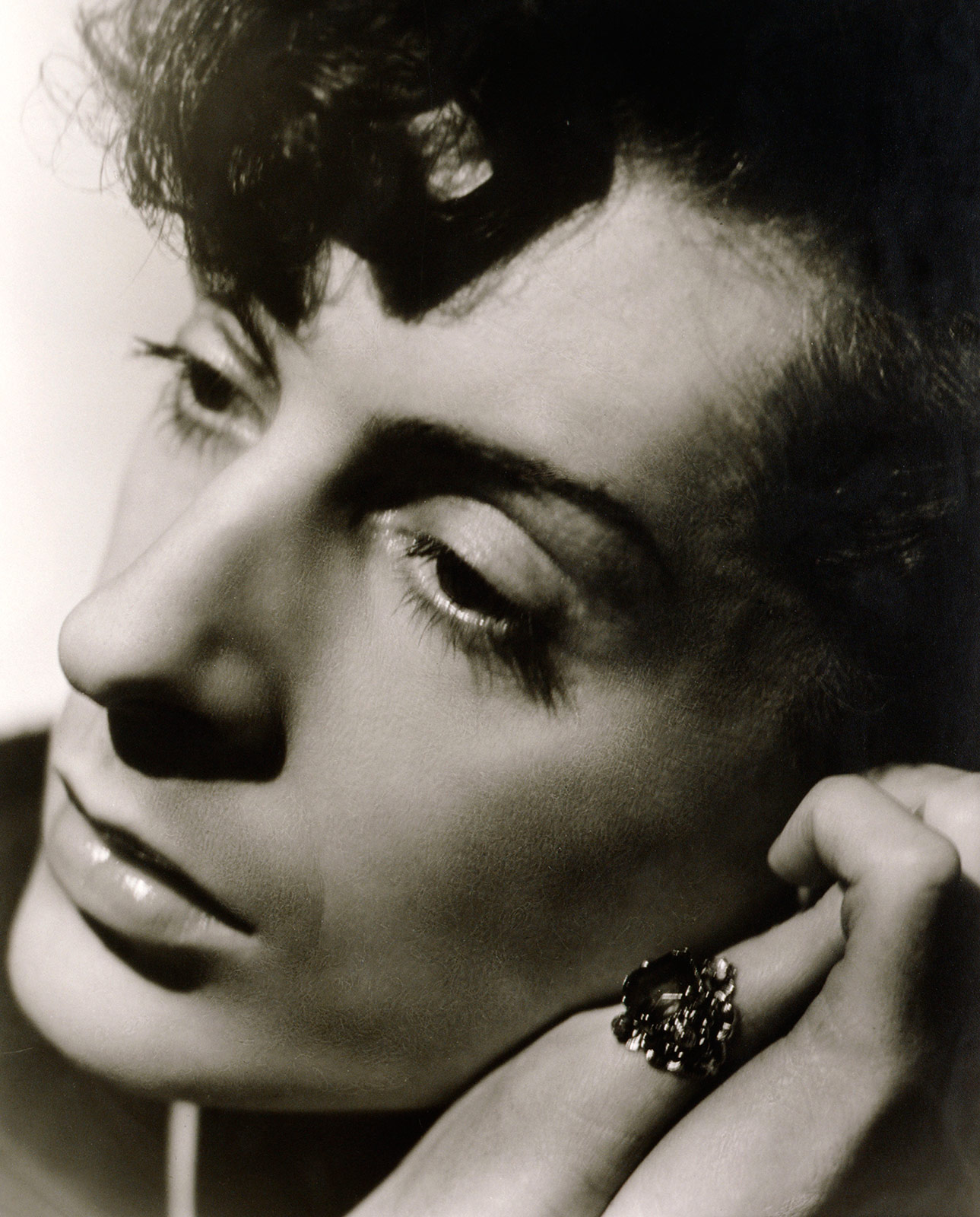 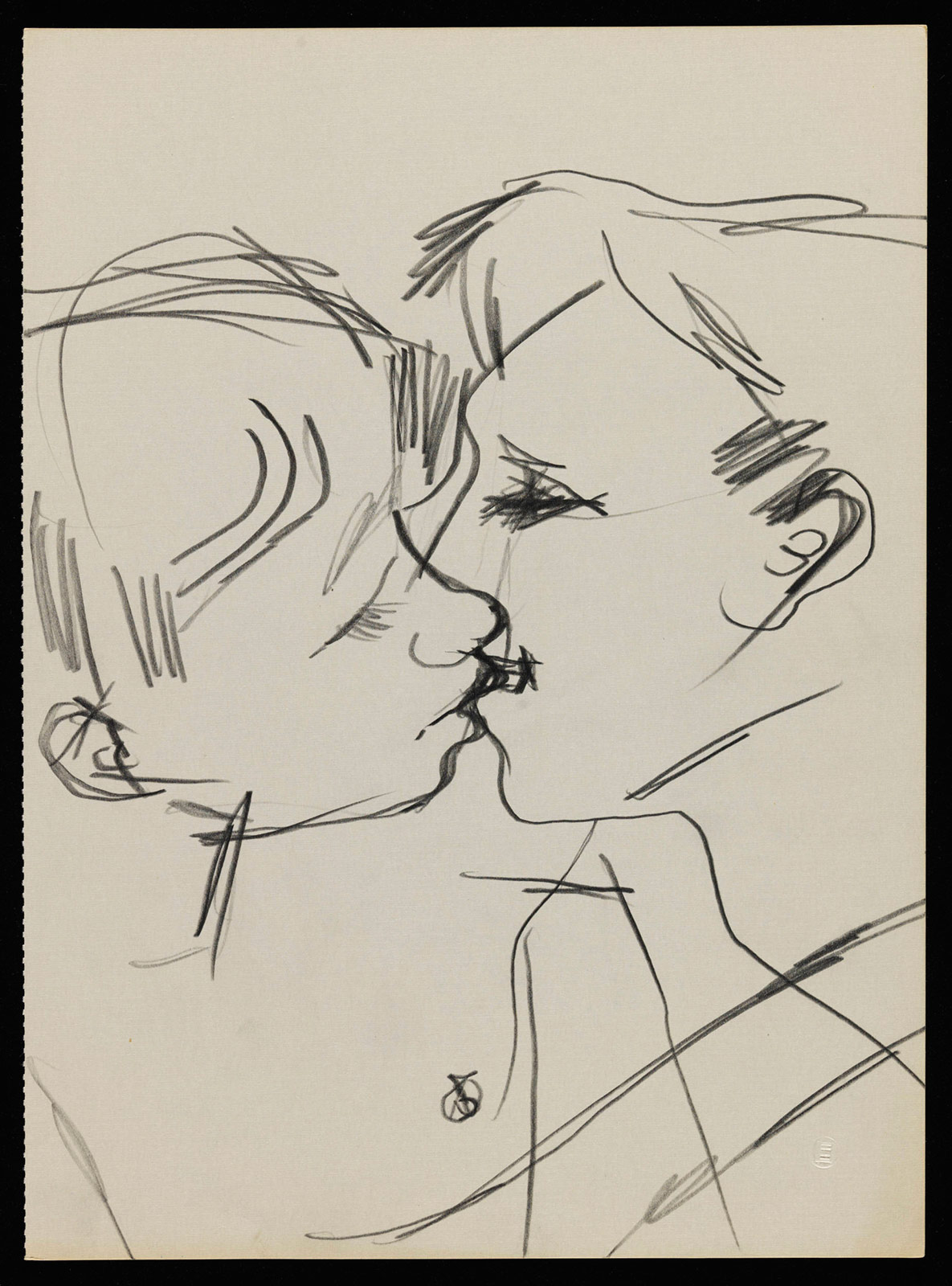 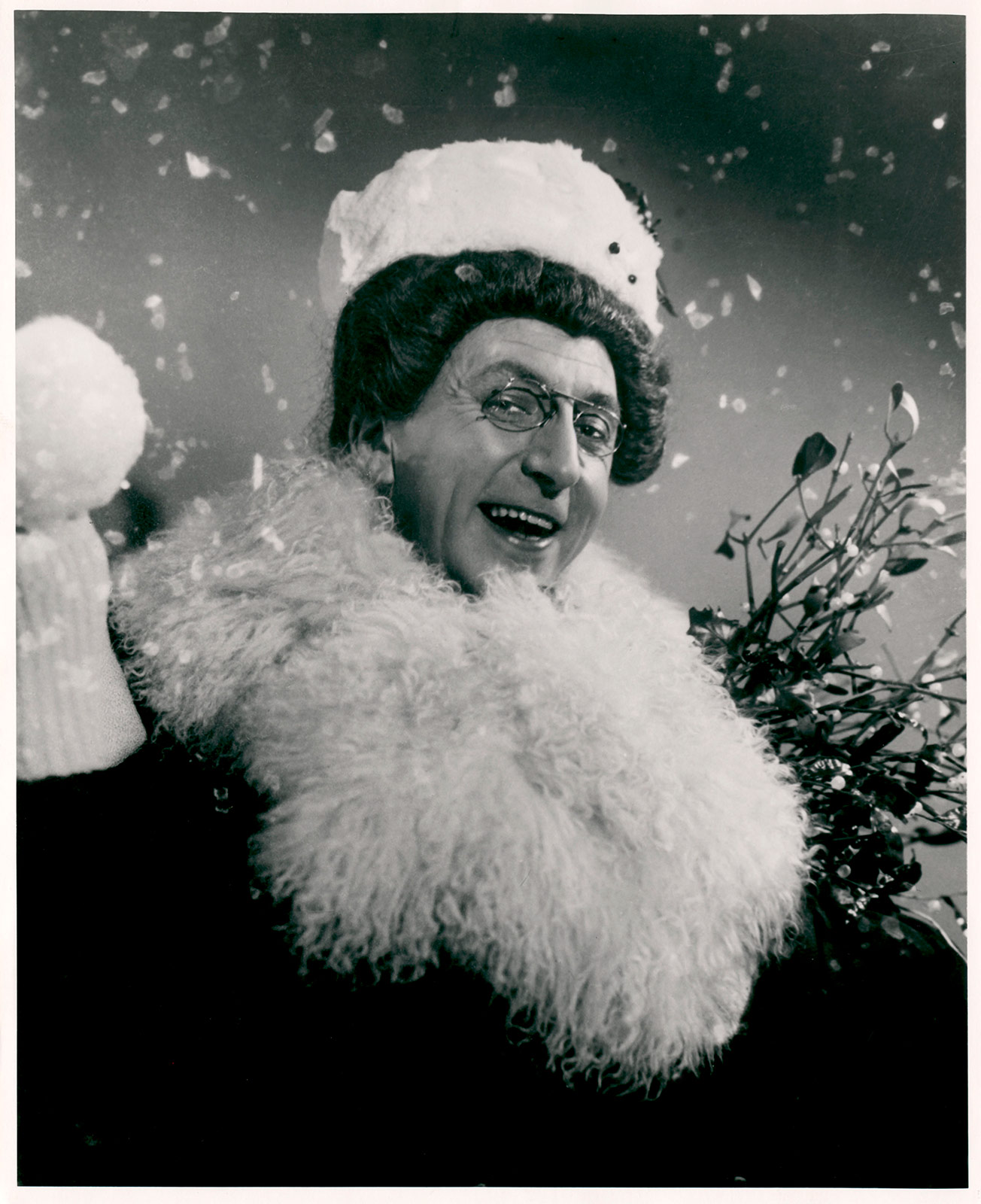 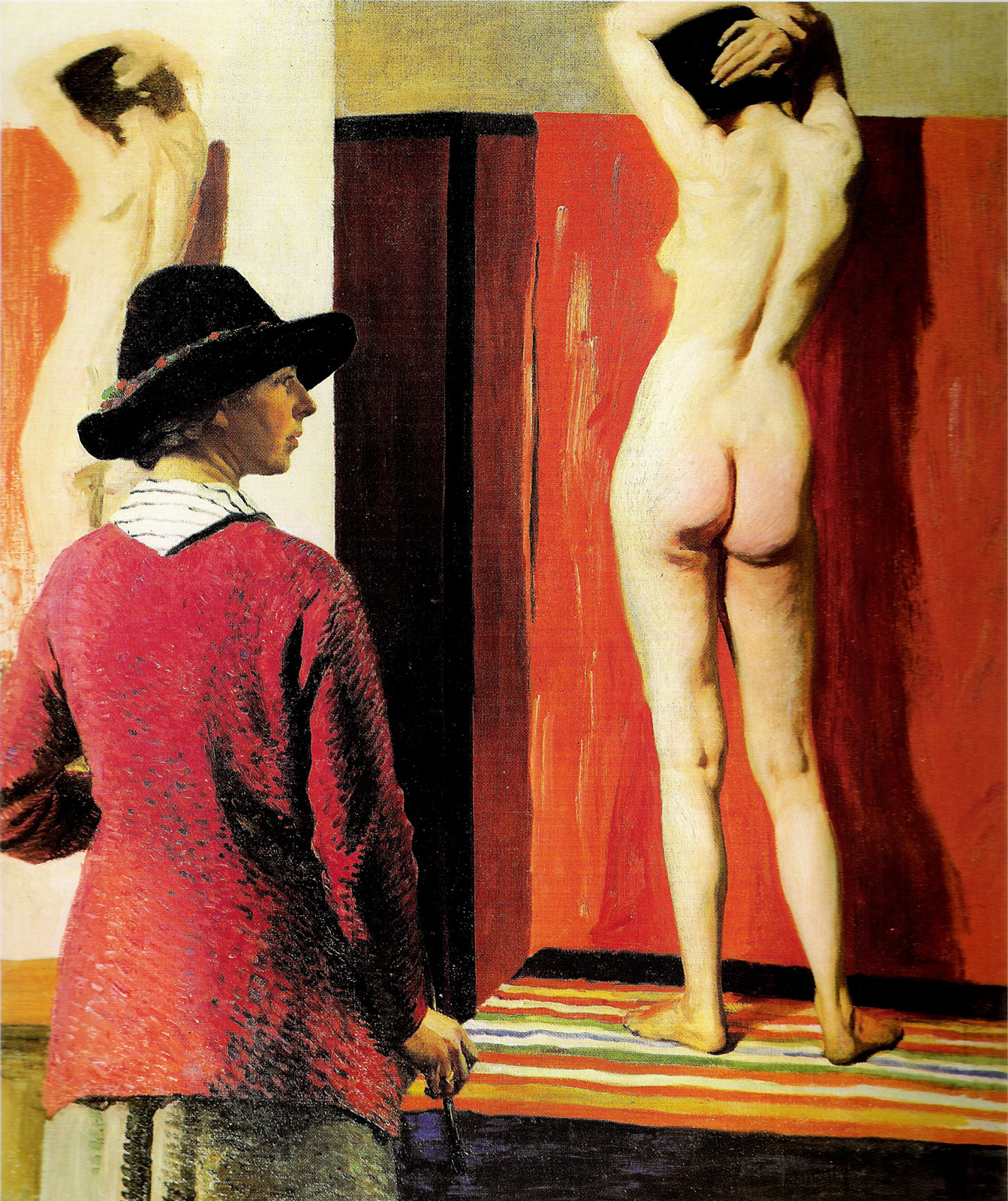