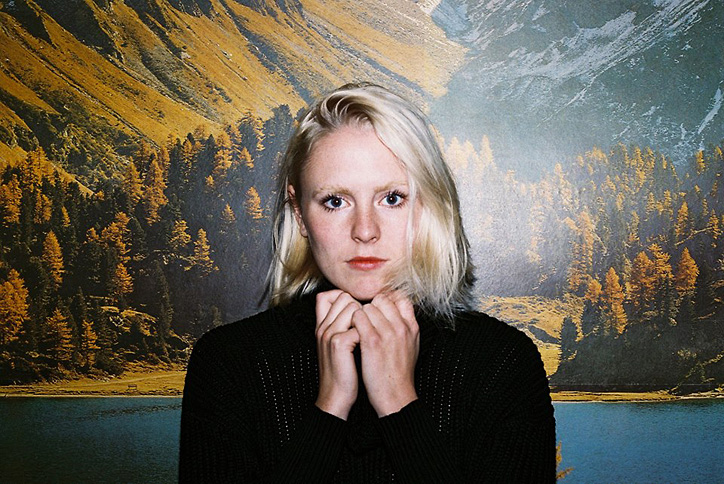 We knew Claire Milbrath as the mastermind behind The Editorial Magazine, a Montreal-based fashion and art quarterly that puts forth an intriguing dream-like aesthetic. However, what compelled us to write this piece was Claire’s work as a painter. In the midst of this hurried life we call modernity, the artist creates a safe haven that slowly unfolds around her characters, allowing them the luxury of laziness.

Your paintings seem to communicate a certain softness of the often embarrassing, redundant or otherwise overwhelming banal. How is your work influenced by routine?

I often paint my characters bored, lazy, or anxious. Do you know that Waterhouse painting, Dolce Far Niente or It's sweet doing nothing? I like lounging figures like that, especially male figures. The concept behind 'Poor Gray' is that Gray is a character trapped in the limited world I draw. I'm more influenced by existential restlessness than routine I think.

You have created a safe zone where sexuality is delicate and warm as well as natural and unapologetic. Can you describe your exploration of contemporary (lack of) desire?

That could be because I'm painting from a female perspective. I like to code the men as feminine and the women as masculine. I'm kind of satirizing current gender codes, so maybe it comes out unapologetic.
I do like making crass art, but I'm hyper-sensitive and romantic, so it ends up being soft and kinda laughable.

Tell us a bit more about Poor Gray. How did you come to imagine him? What’s his life like?

I started Poor Gray about 7 years ago. The concept was that Gray was banished to the world created by a lazy illustrator (me). He could only enjoy what I could draw – I haven't mastered drawing cars so Gray is always without a vehicle. He's developed some characteristics over time... anxious, wealthy, gay, lethargic. He's a smoker.

Black circles around the eyes – why do so many of your men look tired?

Good observation. It's just by nature, Gray is sleepy, and a bit tortured.

You seem to have quite a sense of compassion towards your characters, no matter what they do. Why is that?

Hmm, I'm not sure, maybe because they are an extension of me?

Your settings often have a timeless character to them: lush flora, pristine poolsides, intricate tapestry. Can you tell us a bit more about your aesthetic?

I like scenes of luxury and timelessness… I'm inspired by a lot of the older lavish oil paintings, so I often copy those scenes.

As far as your painting is concerned, what do you dream of for the (not so) near future?

I want to make a book of paintings, like a large picture book all about Poor Gray. 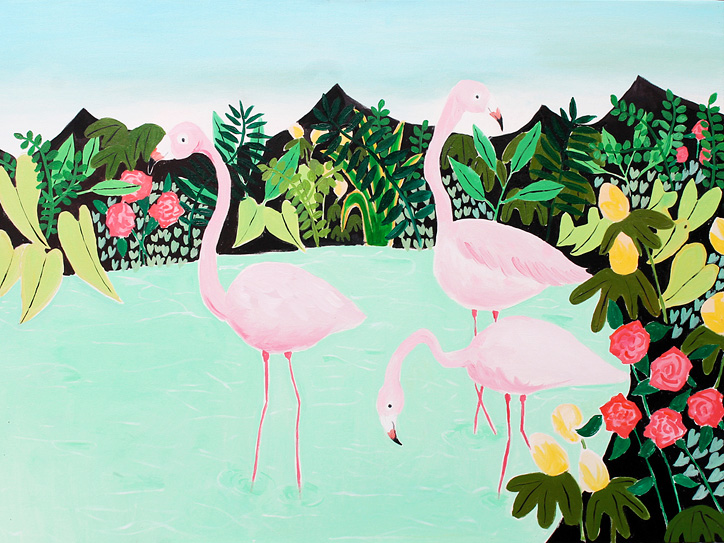 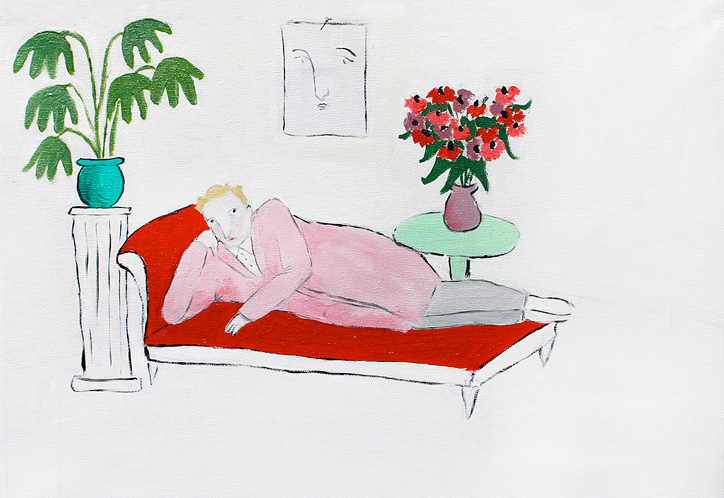 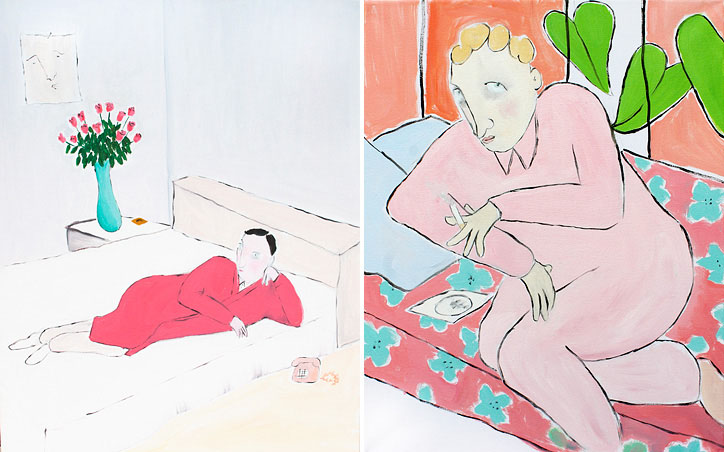 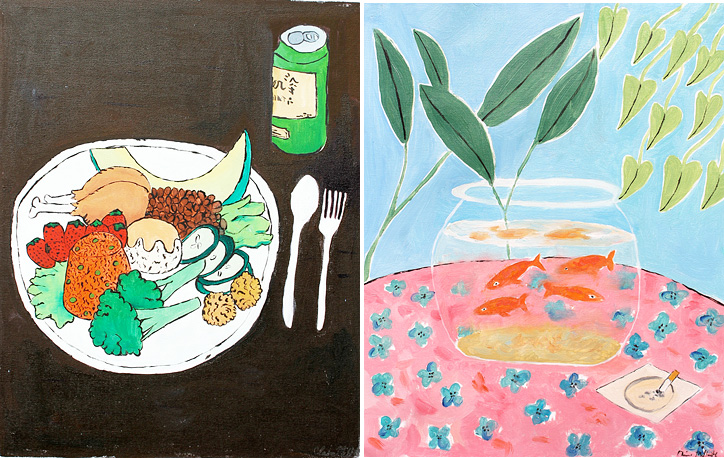 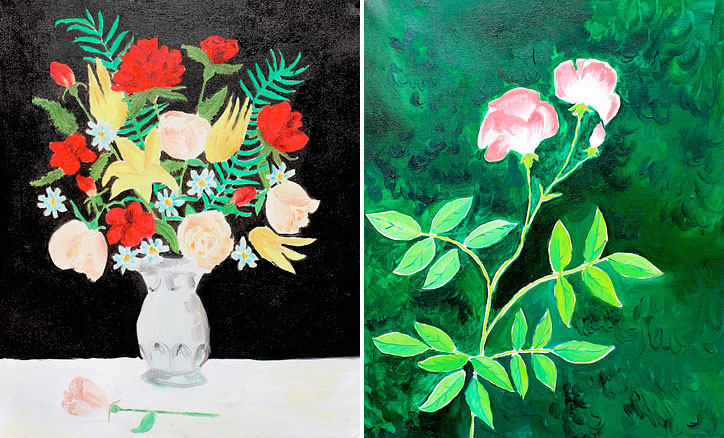 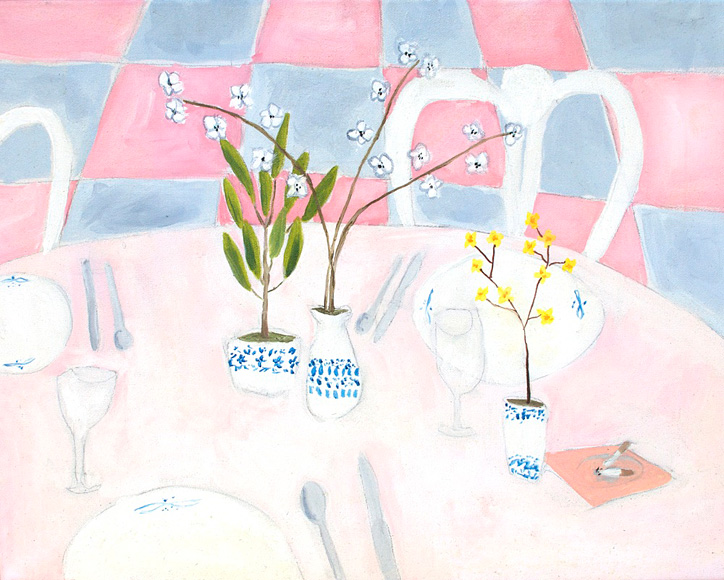 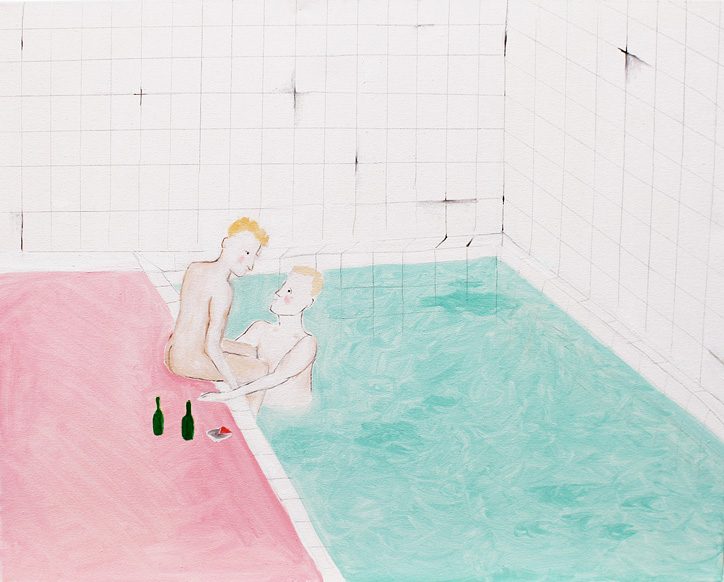 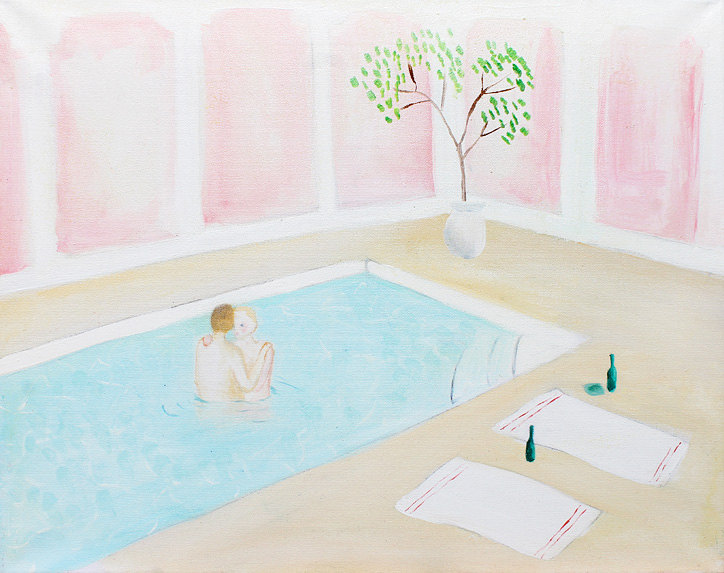 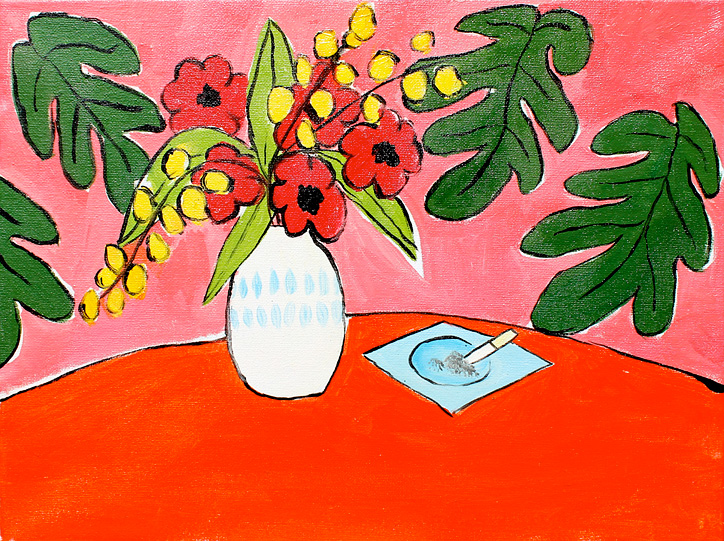 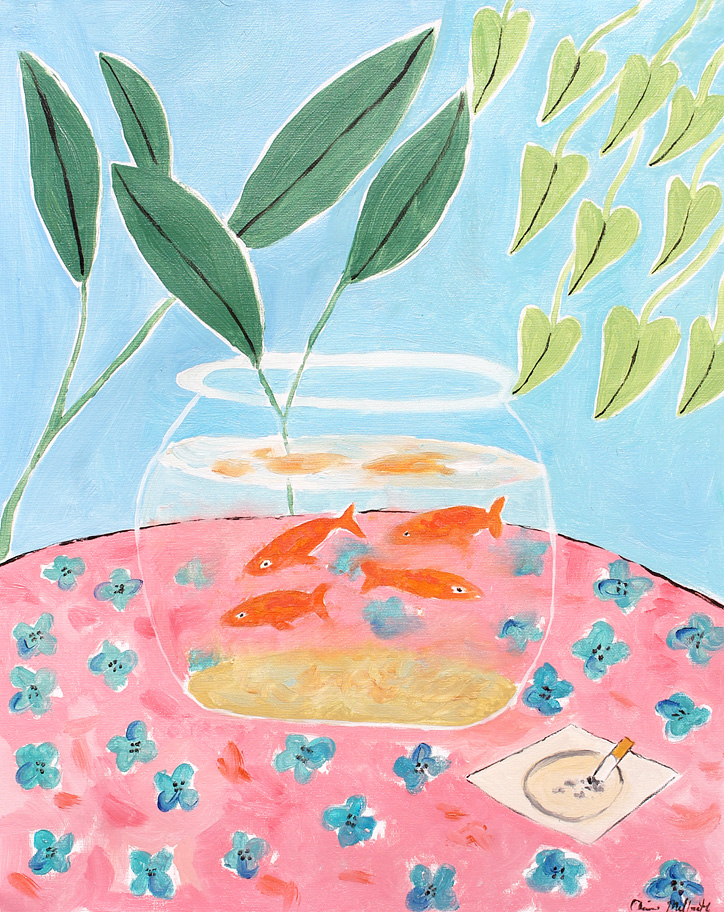