Through the lens of the overlooked 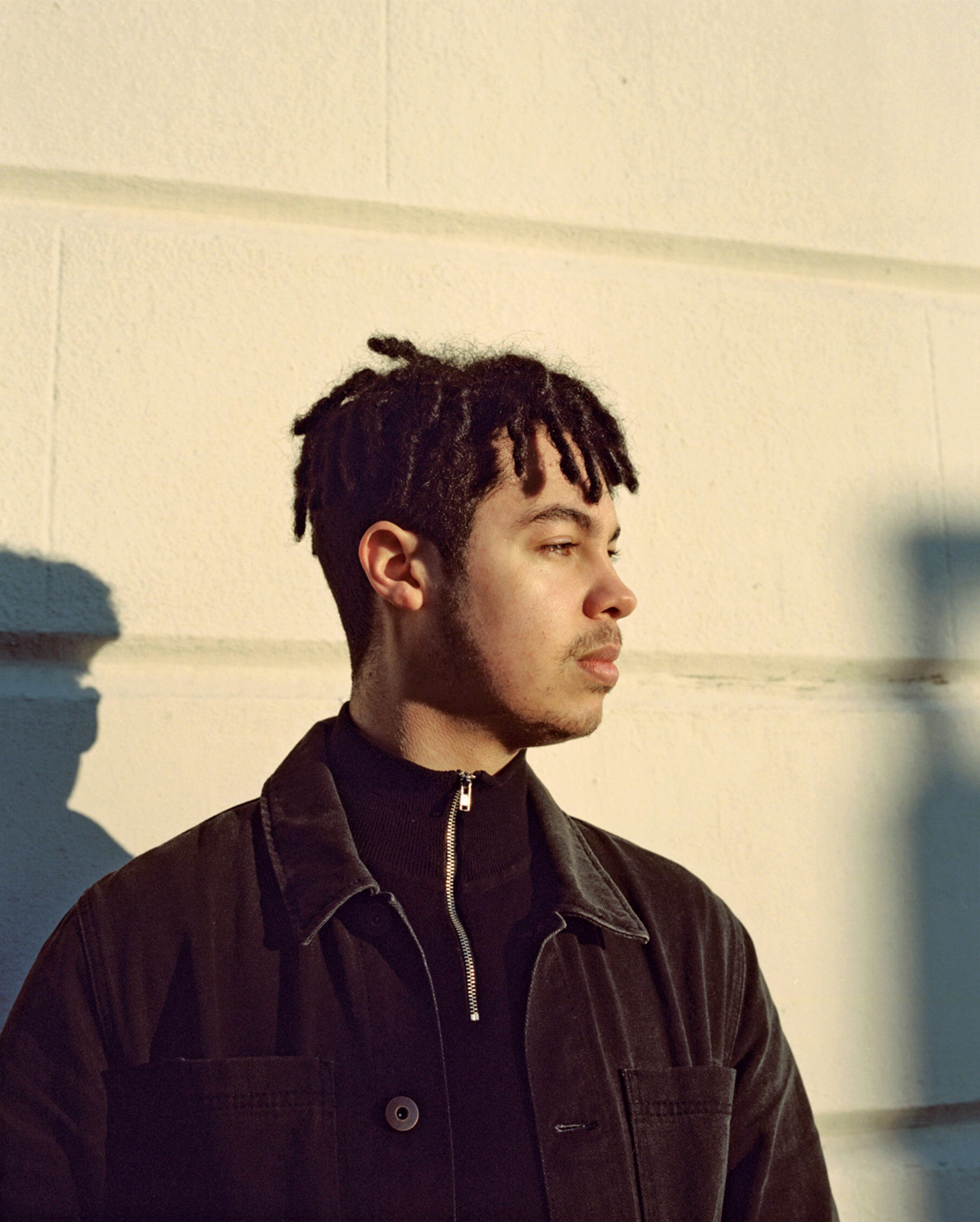 London-based Cian Oba-Smith focuses on roots, that is to say, the environment in which his subjects are situated. Through capturing real people in real situations in his personal projects, he illustrates the narratives of those in often forgotten communities, for example, the African-American horsemen of Philadelphia and the rapidly depleting community that is Tory Island. Despite stating that he is drawn to subjects that resonate with him personally, he has often shot outside of the United Kingdom, using photography both as documentary and as a commentary in countries as far afield as China. Both haunting and beautiful, these photographs tell a tale of the way that Westernisation of the east has, in some ways, converted traditional custom but a shadow of its former self.
You describe yourself as a documentary portrait photographer, capturing communities that are often misrepresented or forgotten. Do you feel that photography has the power to make some sort of social change?
I think photography definitely has the power to create some form of social change, particularly because it’s a universal language that can be understood by anyone viewing it. If you look at some of the images that are made during important events, for instance during the Vietnam War, they have the ability to shape and increase the public’s understanding of the subject matter they are depicting. I think the difficulty in modern culture is that photography is so prevalent and consumed at such a fast rate that it’s hard to cut through the sea of images that are being made and really reach people at their core to move them emotionally.
Your work focuses a lot on places with sparse populations like Iceland and Tory Island, why is this scarcity of human dwelling something that draws you in?
I’m not specifically focused on areas with a sparse population in my photography although it does occur in a number of my projects, particularly my earlier ones. My interest lies more in the relationship between environment and individual.
How far do you think that one’s environment affects one’s attitude and identity?
The environment is hugely influential, specifically when it comes to the shaping of attitude and identity. It’s important to separate individual environment and collective environment; someone’s home life can influence their identity in a number of ways, but then the community that they live in can have another effect on the forming of their identity and the shaping of their prospects in life. For example, I made a project recently looking at redlining in Syracuse (United States).
Redlining was a practice brought into law by the government in the 1930s, it colour-coded areas often based on race. If your community was African-American, you would be designated a red zone. If you lived in a red zone, you wouldn’t have access to mortgages or loans. If an African-American family moved to a block of white homes, the whole block was downgraded to red. This helped to stoke racial tensions and also kept areas segregated. Redlining wasn’t banned until the Civil Rights Act of 1964, and even then it was replaced by racist zoning laws that were motivated by segregation. Obviously, decades of discriminatory practices by the government and private establishments creates a collective environment in these communities that helps poverty and inequality to thrive in a cyclical way. 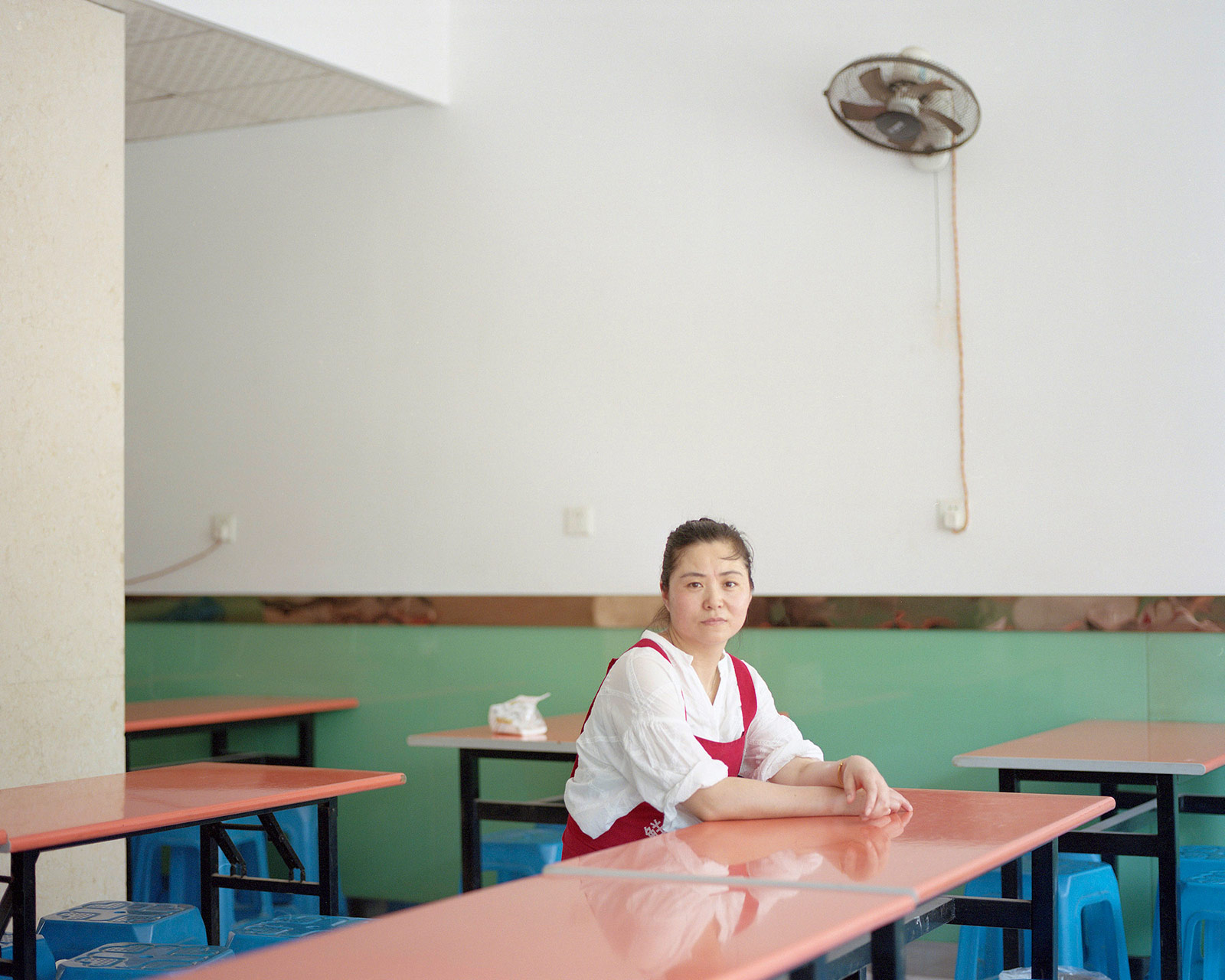 Excluding the lack of people, have you found that there are other similarities each of these seemingly disparate small communities share?
From my experience, people in smaller communities seem to have a greater connection and respect for the land around them; they’re more in touch with nature because they come into contact with it on a daily basis, whereas people in cities can go for long periods of time without engaging with the natural world.
When you see someone you’d like to take a portrait of, how do you approach them? Is it often just people you pass on the street, or do you have a relationship with them first?
It depends on the project. For the majority of my work, it tends to be people that I see on the street, however, in some of my work, I spend longer periods of time in the community I’m looking at so people start to know me and I build more of a rapport with them. In general, my approach is to explain to them what I’m making work about, talk about the subject and ask if they’d be ok with me taking their picture. Then I get their contact details and send them the picture once I’ve processed my film.
You hone in a lot on UK urban communities – your Andover & Six Acres and Bike Life projects, for example. What is it about these collectives that inspires you?
I’m mainly interested in focusing on work that has personal ties to me which is why both of these projects interested me. I grew up near the Andover & Six Acres estates and Bike Life was something I found out about through a friend who was part of the community, so that’s what drew me into making work about both of those subjects. 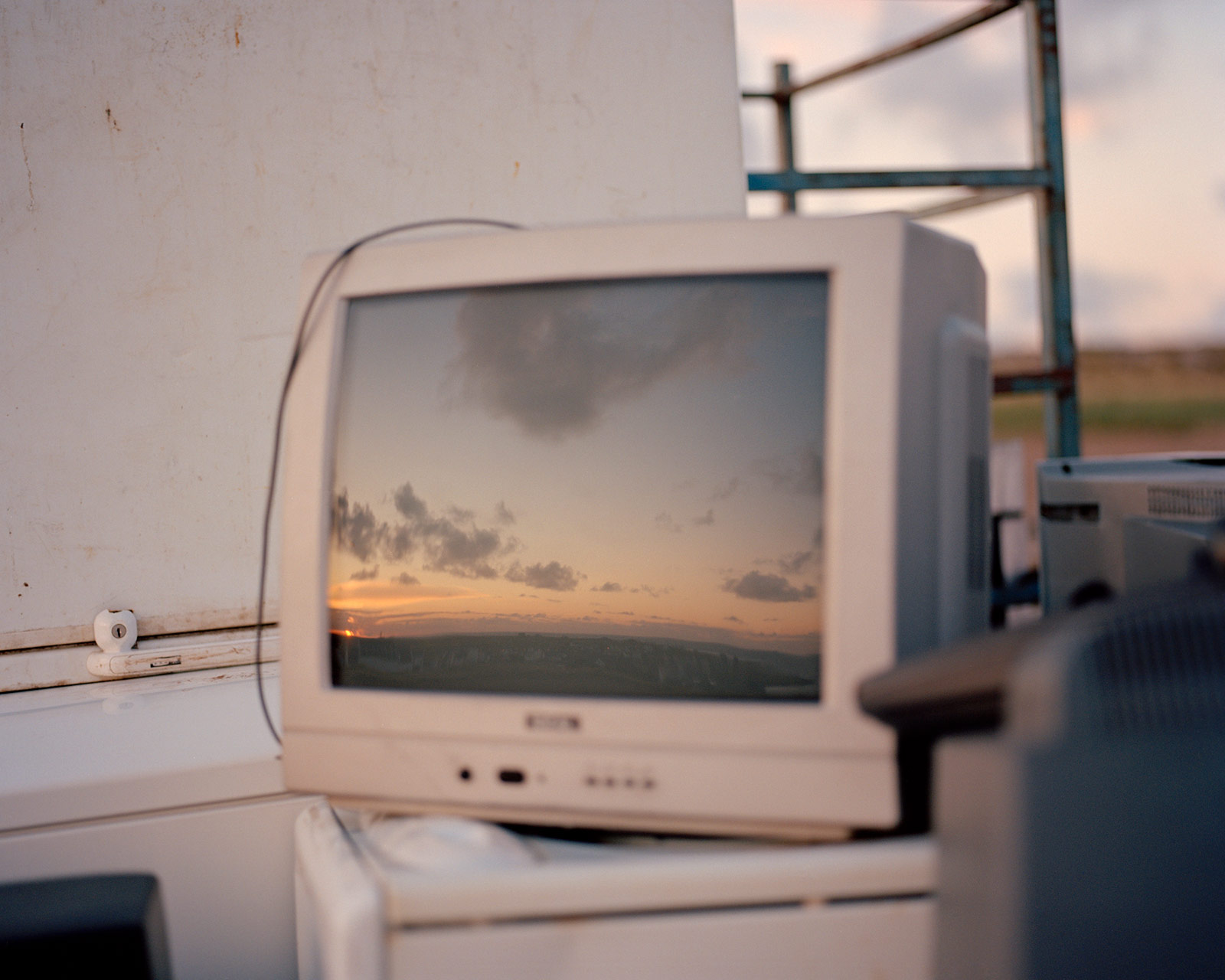 I found your photo-series Shanzhai especially interesting, wherein you captured the way Chinese architecture has emulated European style. What are your thoughts on this appropriation of Western design and the rapid global Westernisation we’re witnessing?
I’m conflicted by the rapid Westernisation of China; in general, I don’t think it’s a positive thing. I don’t take issue with the emulation of Western design as long as it doesn’t damage Chinese culture. To me, the problem lies in the fact that a lot of beautiful buildings and communities aren’t being protected in the rampant developing that’s going on throughout China, and as a result of this, the world is losing pieces of history forever. The European style towns are quite incredible, specifically the way in which they’ve been adapted by the residents to suit the Chinese way of life whilst still retaining the surface image of being European.
Light seems to be another preoccupation of yours, is this one of the reasons that you choose to shoot in film?
The main reason I choose to shoot on film is because of the process that it involves. It really slows you down and forces you to focus on the subject matter, you’re not able to snap away and take loads of pictures, you have to make sure that you’ve got it right before pressing the shutter. I find when I work with digital I tend to do most of the work afterwards to get the image looking the way I envisioned it whereas with film I do the work while I take the picture and the post-production is very minimal.
Your photographs always have this very organic air to them. Do you often pose your subjects or leave them to do their own thing?
I like to keep things very natural in my images, so when I’m making a portrait I don’t like to pose them. Most of the time I’ll just ask the person I’m photographing to stand in a specific place and that’ll be the extent of the direction I give them. For me, it’s important with documentary work to try and keep my influence on the subject as minimal as possible. Although it’s impossible to have no influence because there’s an interaction with the subject that naturally feeds into the image, there are steps you can take to try to reduce that impression left by the photographer. 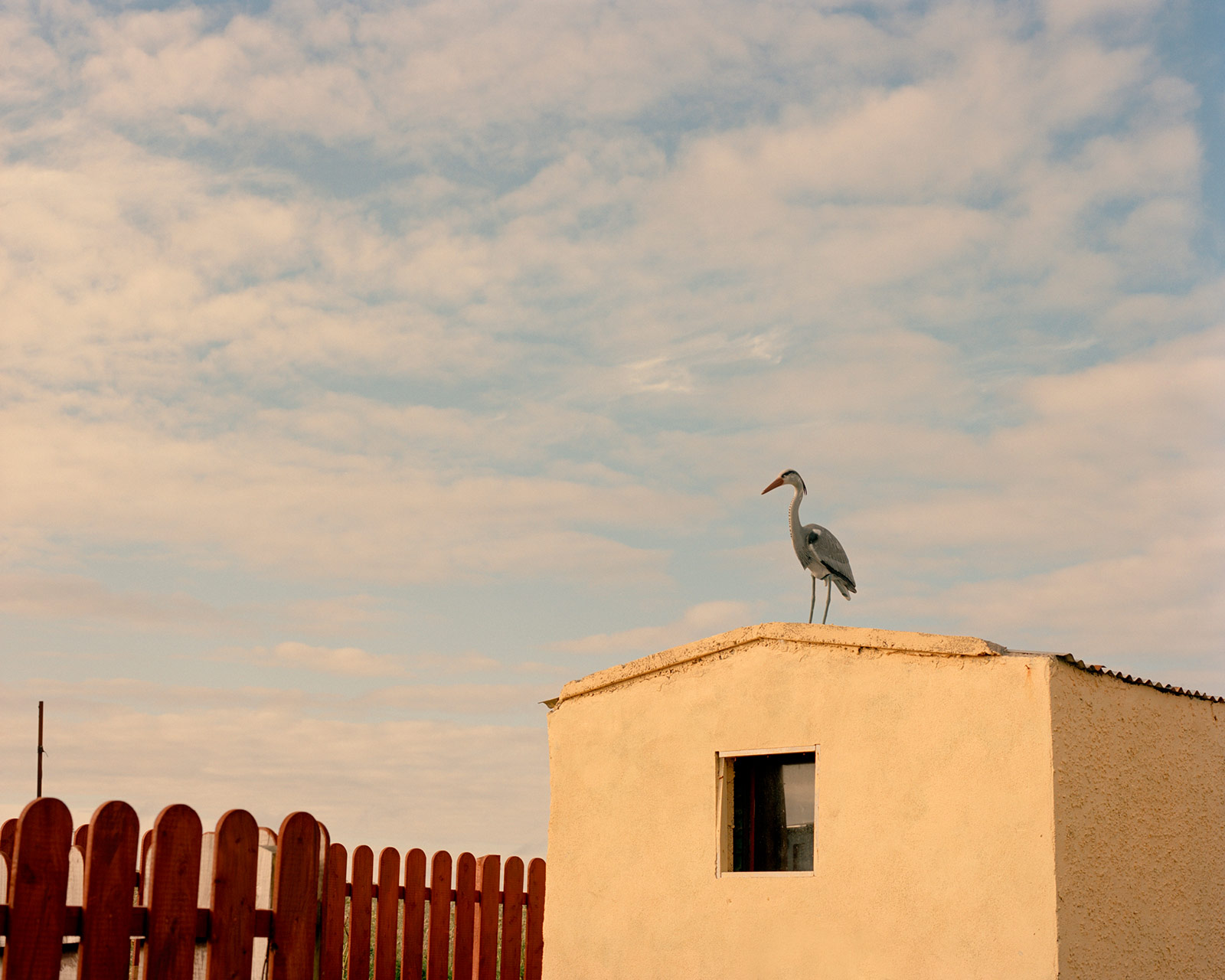 How did you go about becoming an assistant to the renowned documentary photographer Zed Nelson? Have you learnt anything by working for him?
When I graduated uni, I was trying to decide what my next step was in my career. I had done a lot of assisting at uni and didn’t really want to do more unless it was with someone who was making work in the same sort of category as me. I was talking to Emma, who is the picture editor at FT Magazine, and she asked me who I was interested in assisting. I rattled off a bunch of names including Zed’s and she happened to be friends with him, so she put me in touch. I learnt a lot of different things working for him but I think the most useful thing I absorbed was the ability to research my subject matter in depth.
You’ve said that you’d be out shooting all over the place if you had the money. If you did have the funds, where would you go to shoot first?
To be honest, at the time that I said that, I had a different attitude to photography. I can afford to travel to make work now if I want, but I’m not as interested in jet-setting around the world to make projects in short spaces of time. I’m much more focused on creating bodies of work that take time and tackle difficult subjects, hopefully bringing issues to light that, in general, people aren’t aware of or at the very least presenting a different perspective.
When you work for commissions, do you also shoot in film? I can imagine if you’re doing a shoot it could be a bit problematic if you can’t show the client what your photographing at the time!
If I’m doing editorial work, I’ll always shoot on film; with ad work, it’s a bit trickier because like you said, the client wants to see what you’re shooting. Also, there’s a lot more money invested into the production of the shoot and you don’t want that to be wasted because your film comes out blank! With that sort of work, I’ll either shoot digital if there’s a quick turnaround or if there’s more time I’ll shoot digital and film so I have a safety net if something goes wrong with the film. 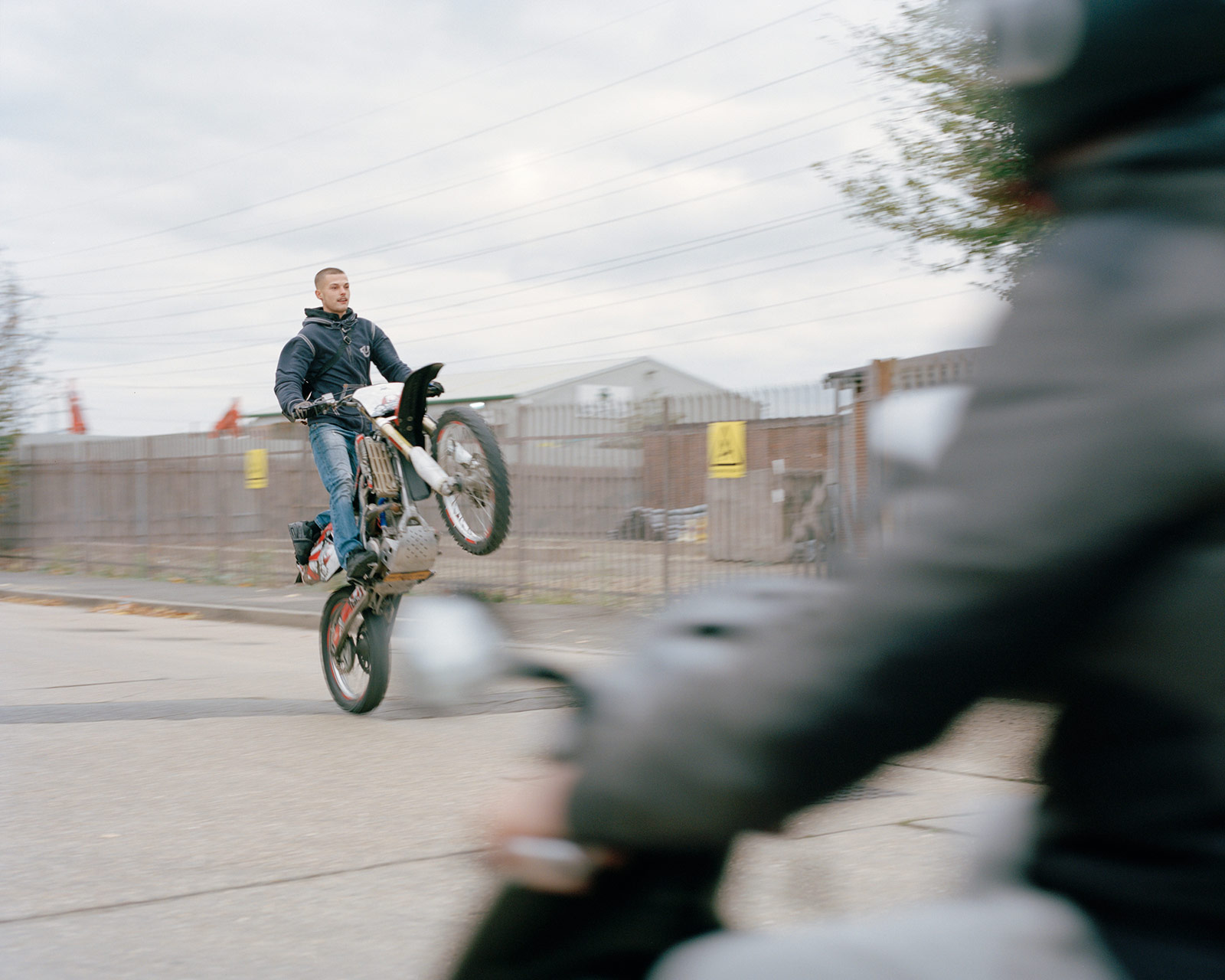 Have you ever thought about dabbling in filmmaking? You seem to be naturally drawn to narrative, and this form would definitely lend itself to that.
I made a short film when I was studying at university and I’ve worked with DOPs for ad jobs where we’ve produced films. I really enjoy the process of filming but I find the editing part really draining, so that puts me off. I think there are stories that can only really be told through film, so I’m sure I’ll end up making another one at some point.
What has been your favourite shoot to date and why?
That’s a very hard question to answer! I think my favourite project so far has been Concrete Horsemen, it came together when I was in the right headspace to be making the project and I really enjoyed the process of hanging out with the guys at the stable and making the work. In terms of commissioned work, I couldn’t pinpoint one specific job that was my favourite but there have been numerous that felt like milestones in my career, either because I was photographing someone who I had been a fan of for a while or because the images were circulated so heavily.
Being so young, do you feel like you have an edge over older people in the business?
I’m 27 now, so I don’t know if I still feel as though I fit into that category of younger photographer –although I know a lot of people who would disagree with me. If I have an edge in the industry, I think it probably comes from the fact that I’m coming from what is potentially a unique perspective in terms of my background and upbringing; I guess that leaks into my work and allows me to tell stories in a way that maybe others overlook. 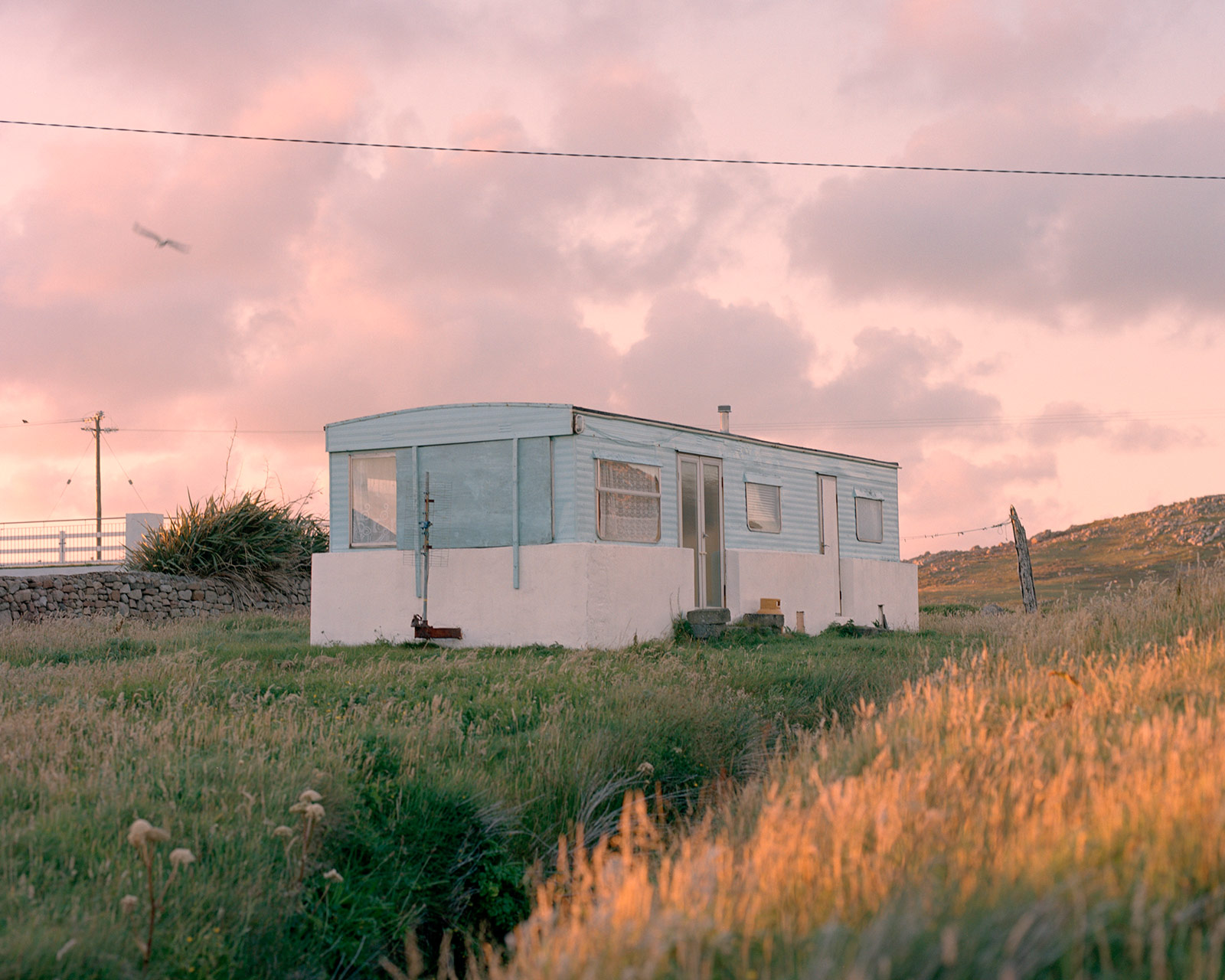 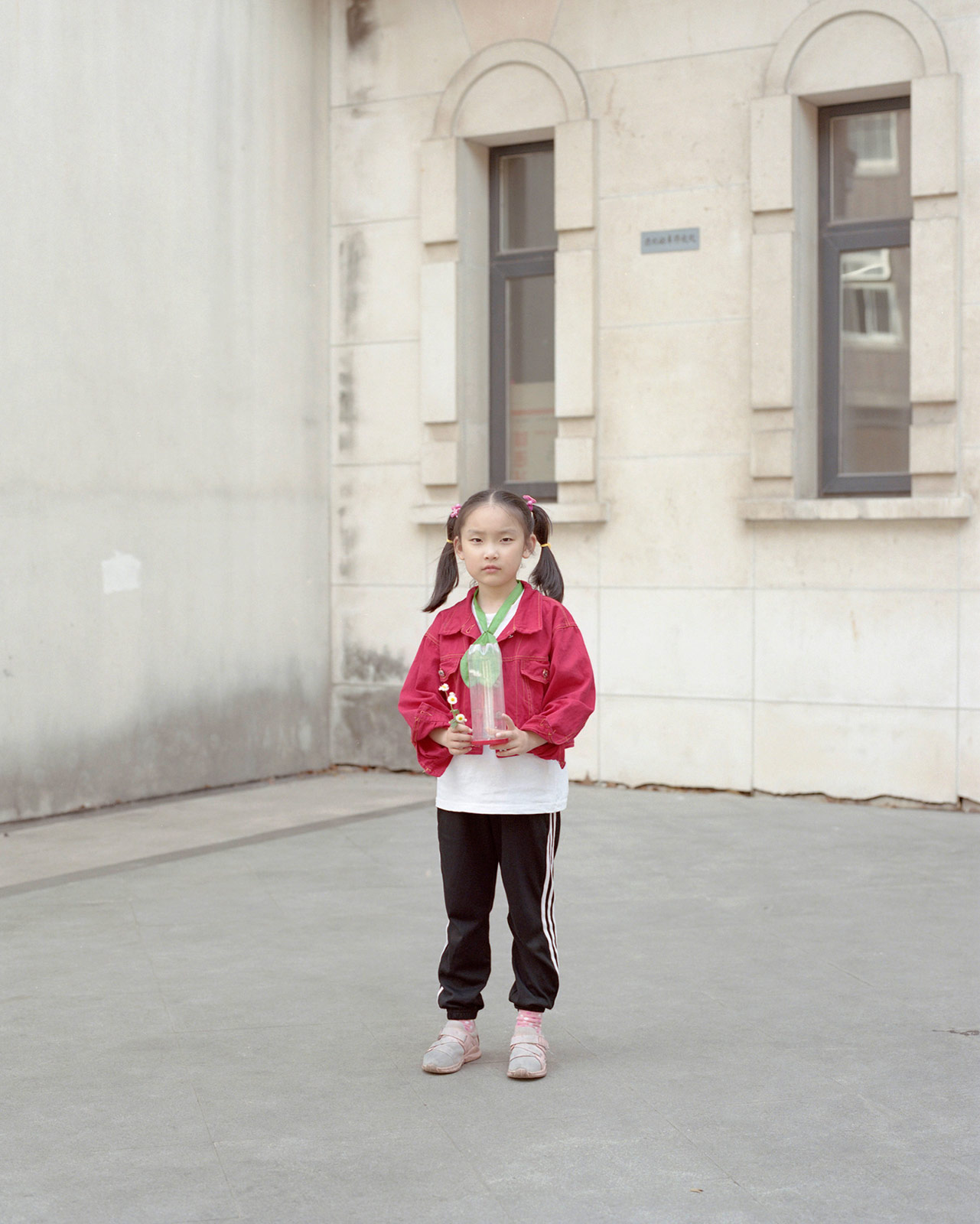 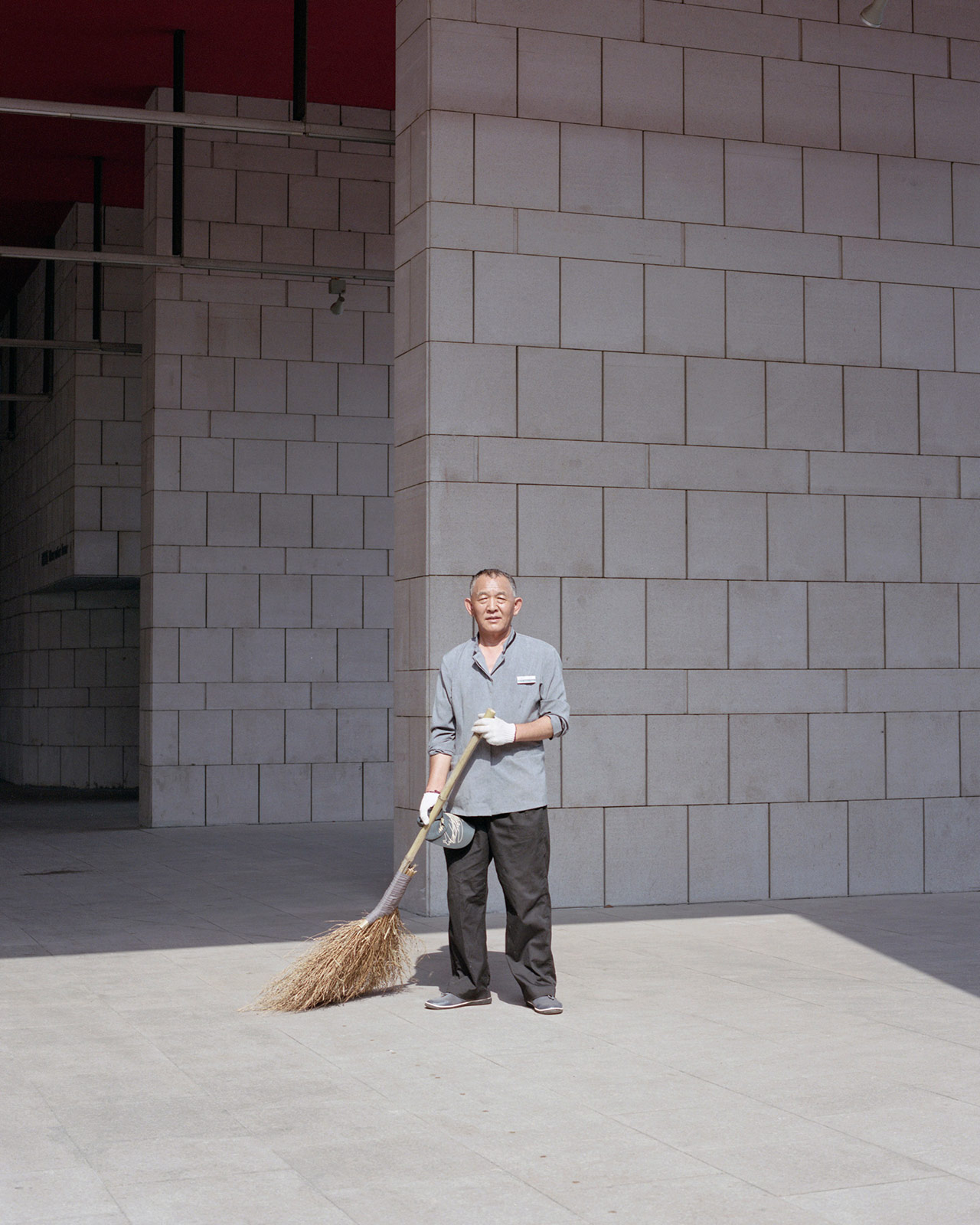 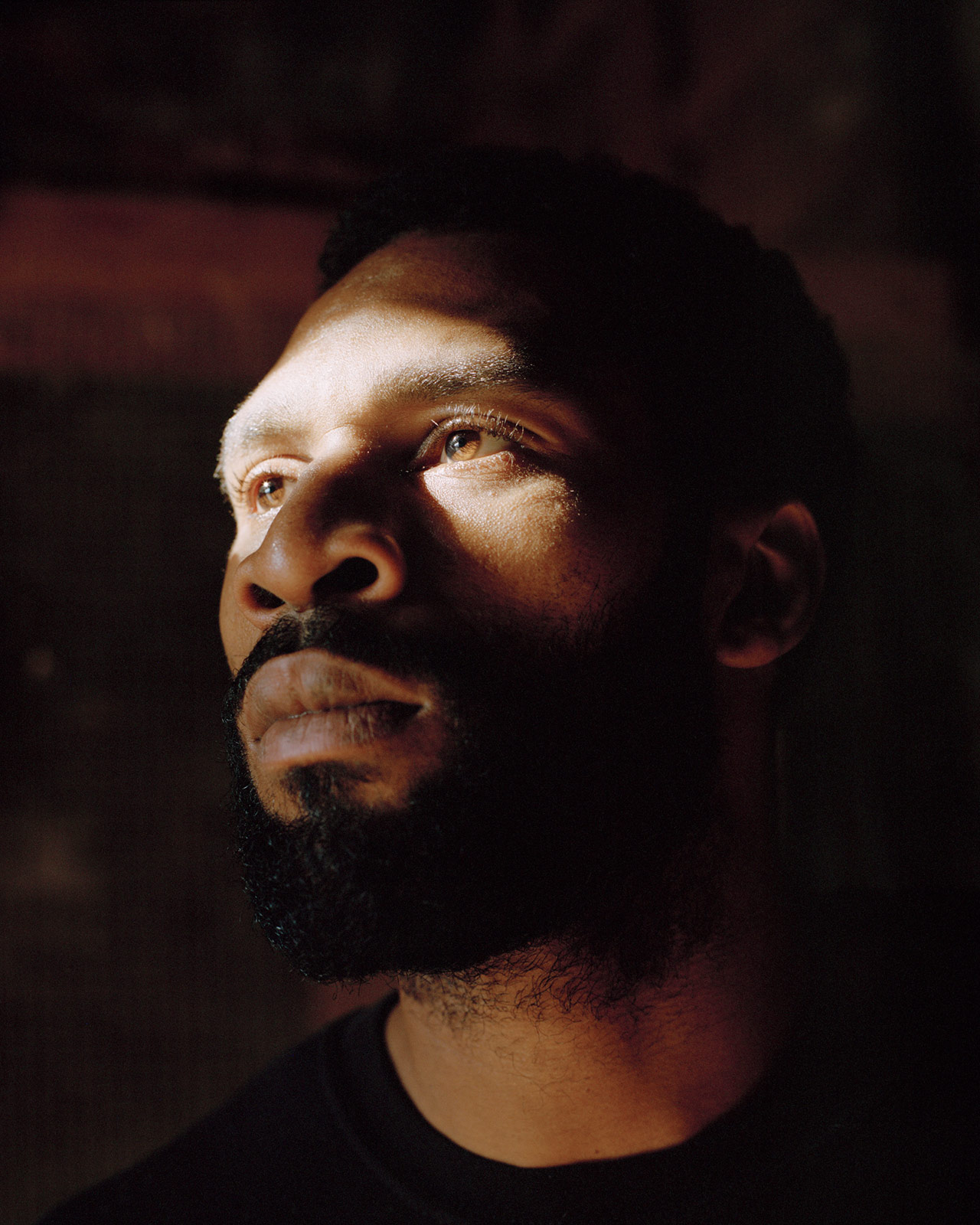 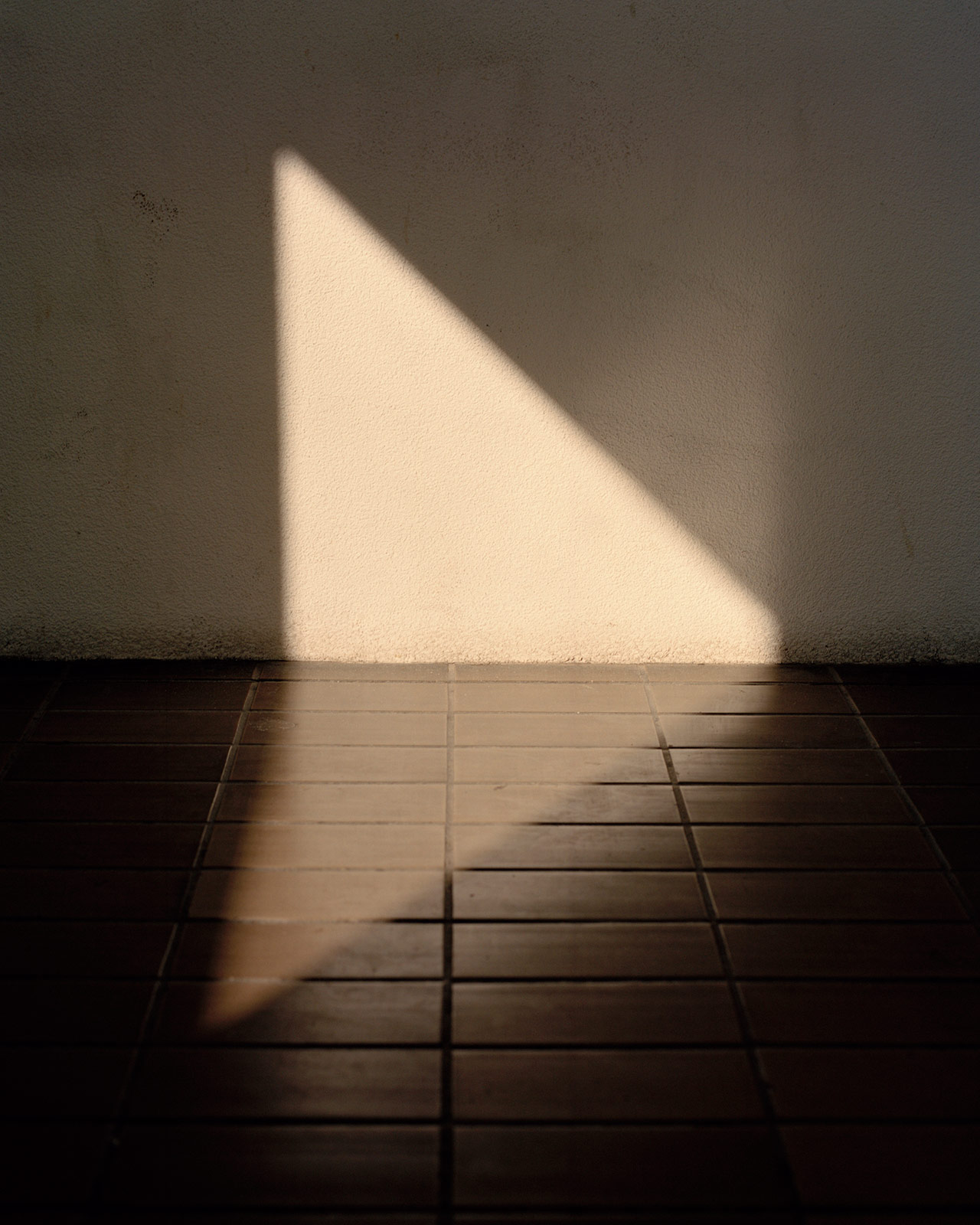 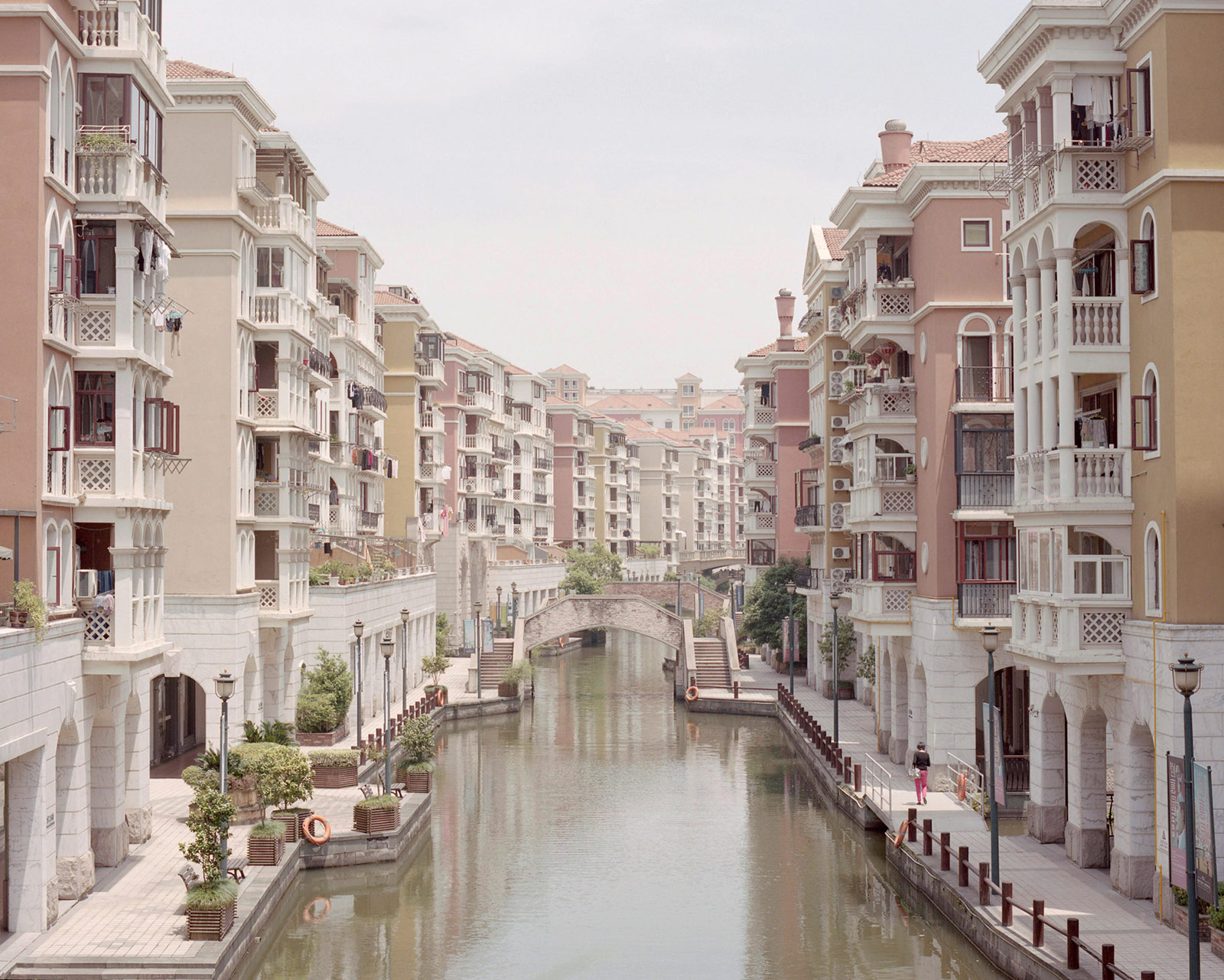 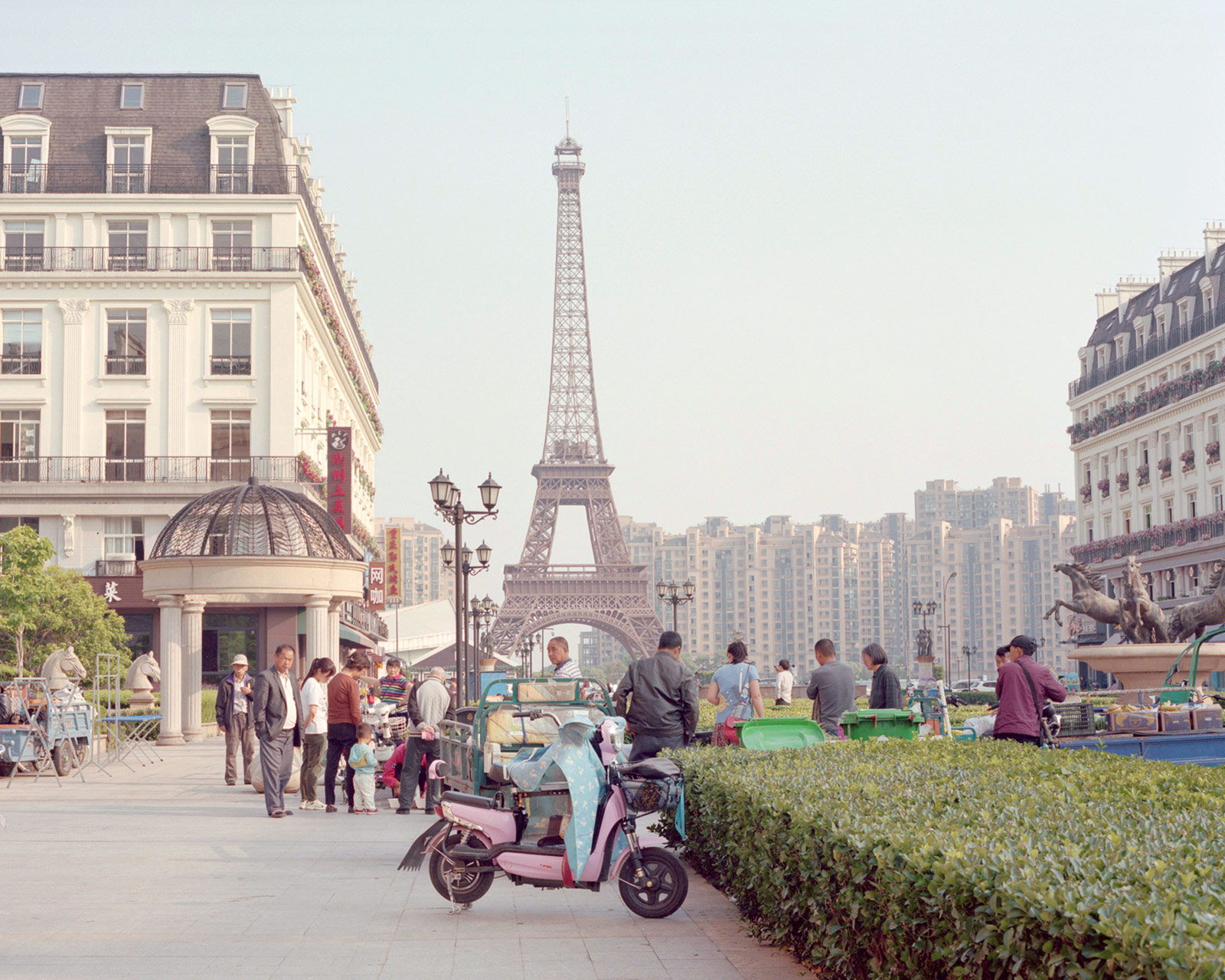 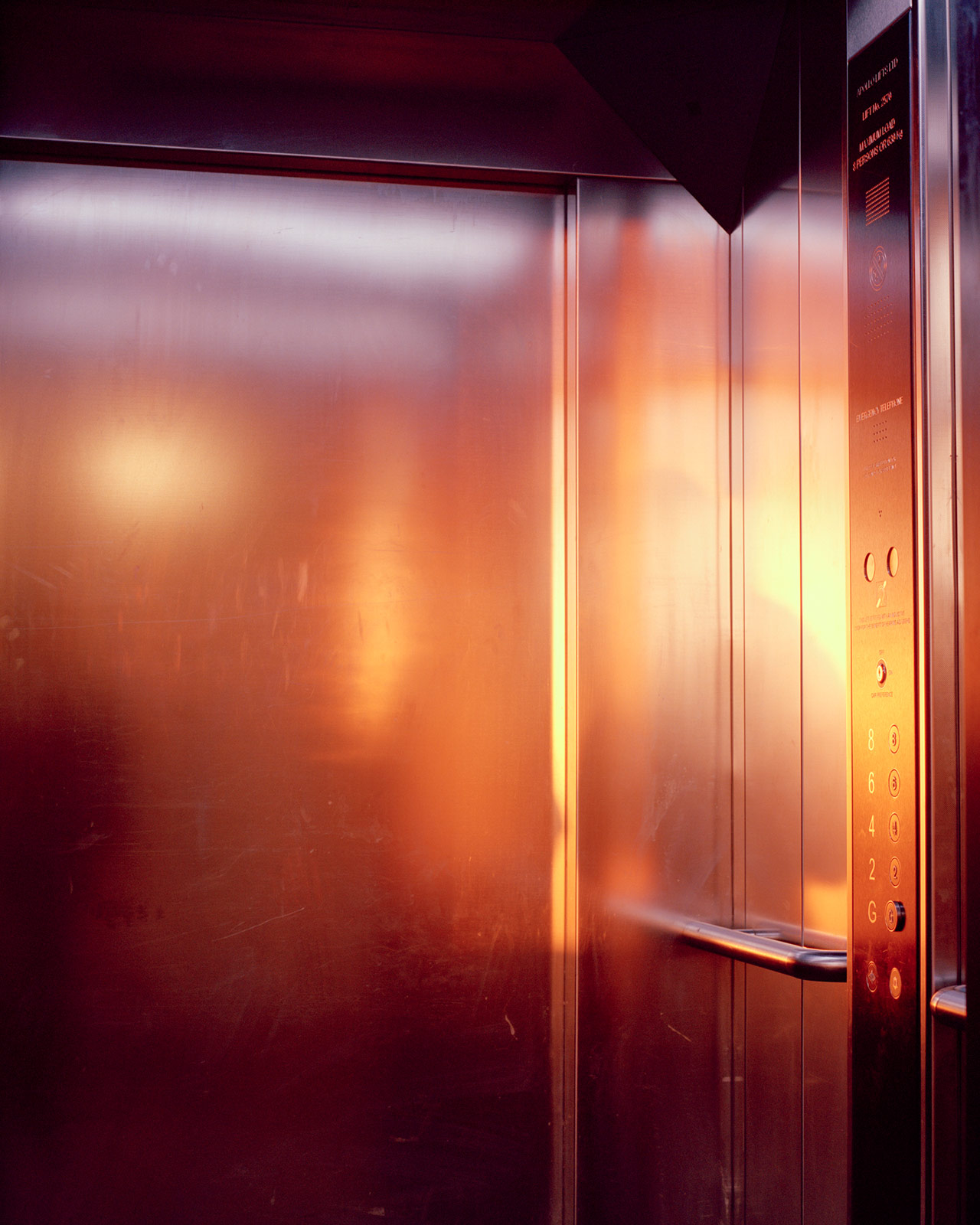 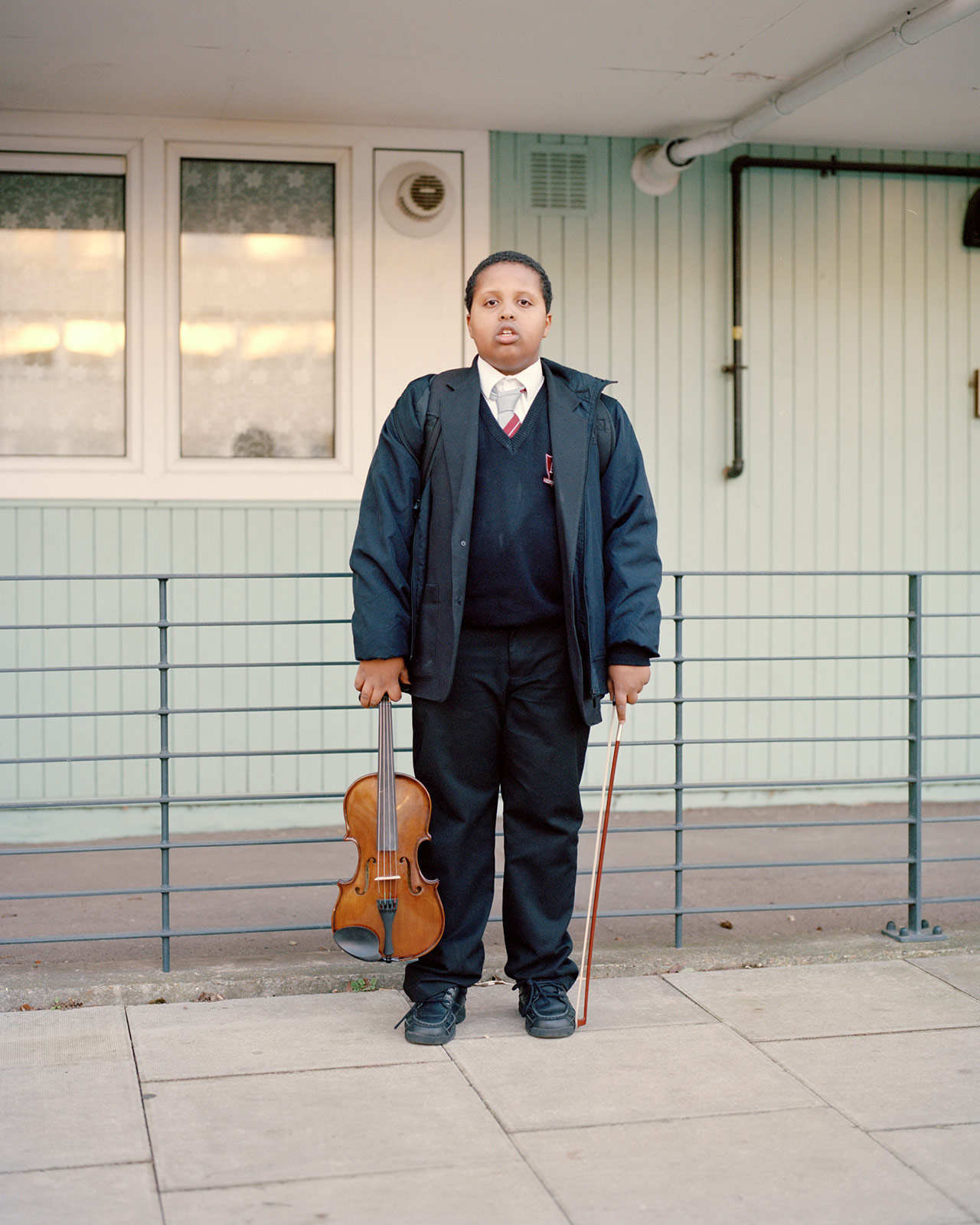 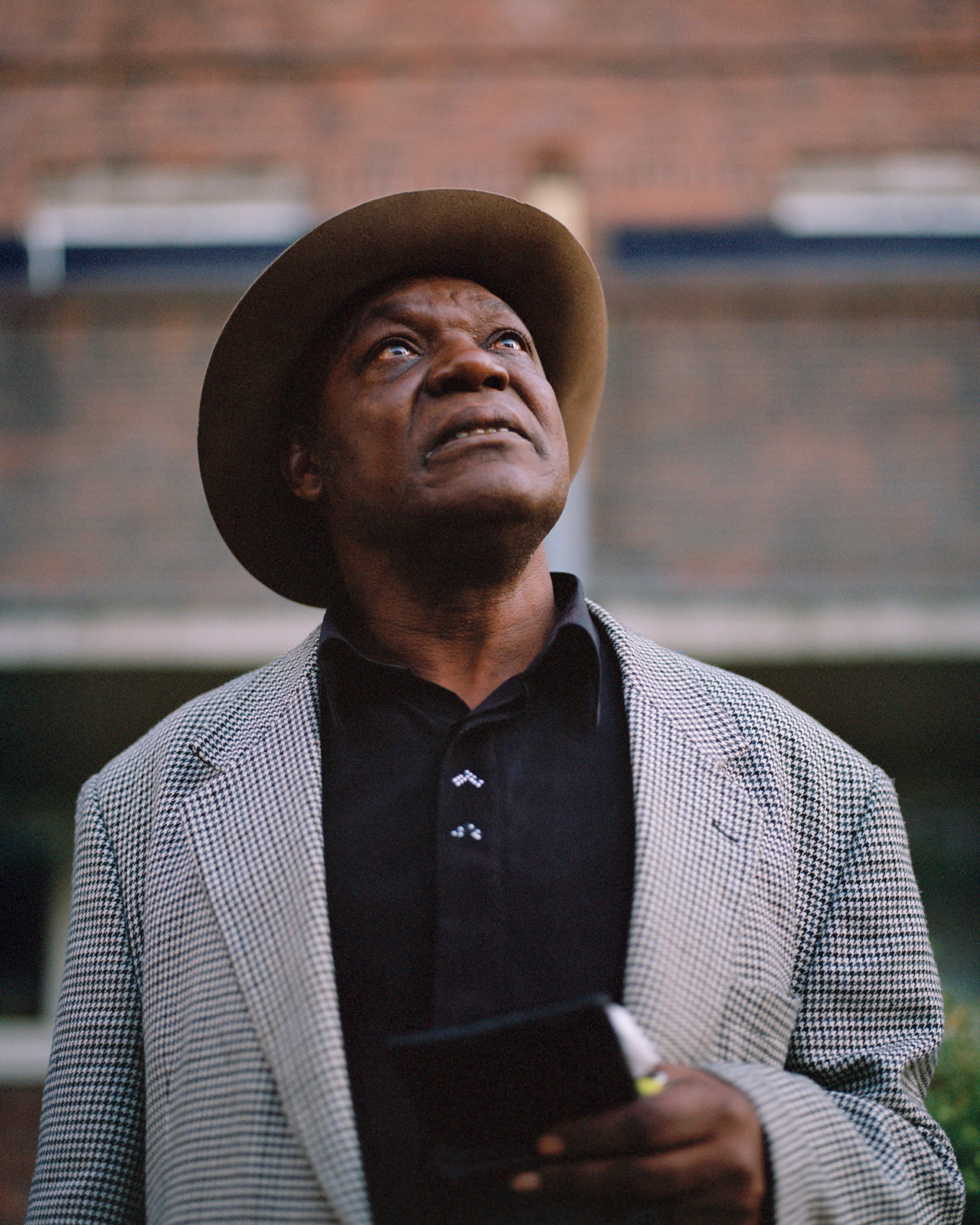 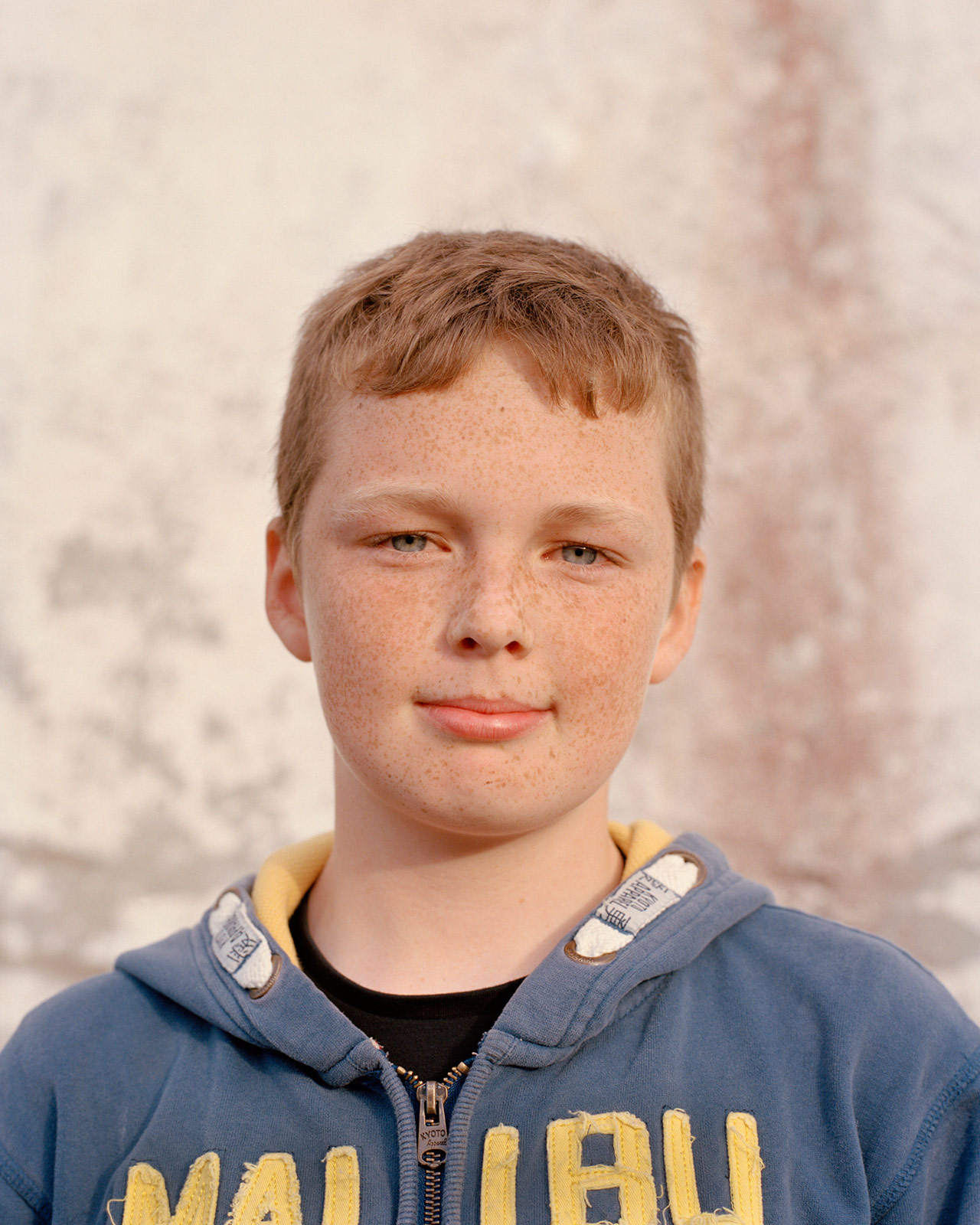 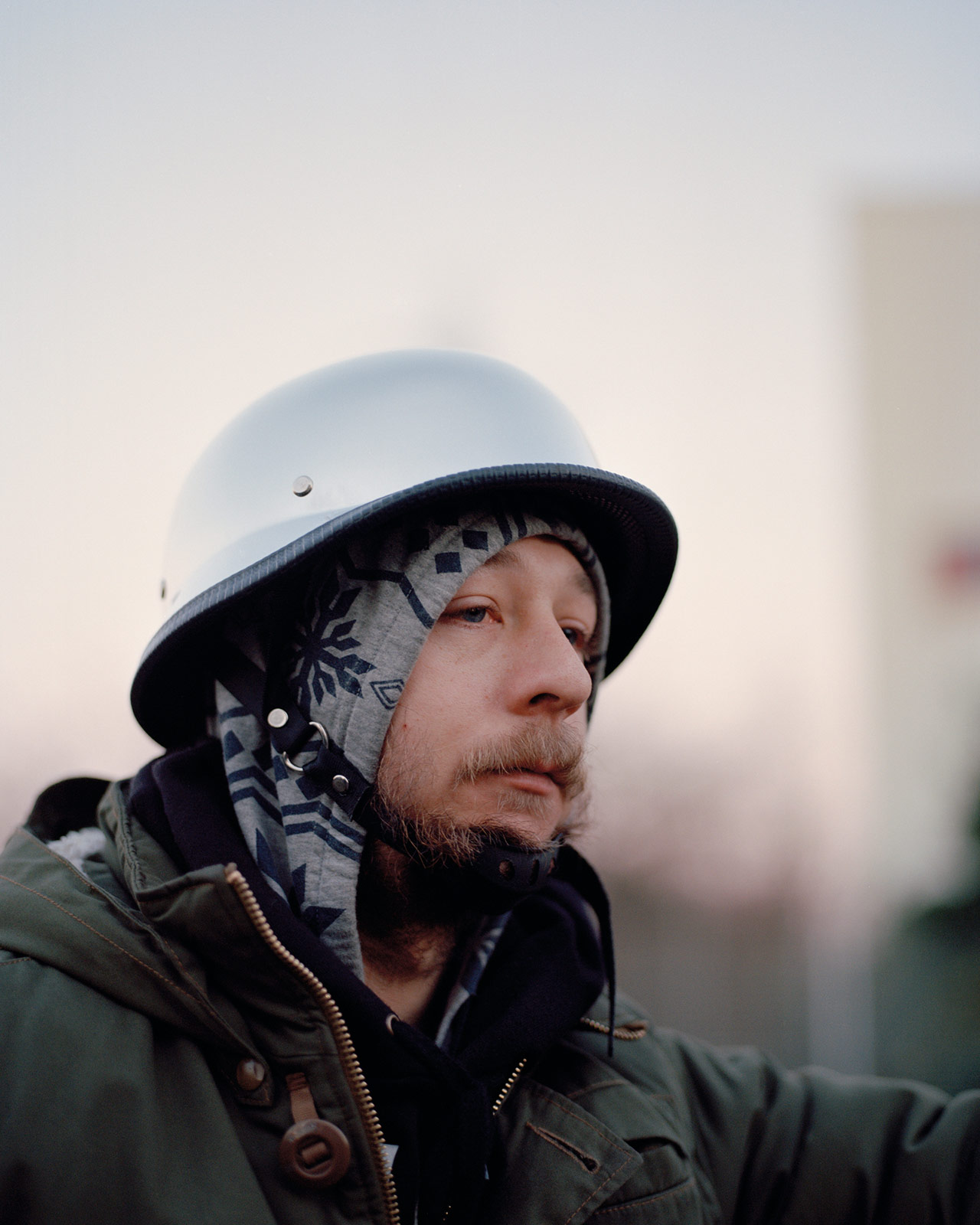 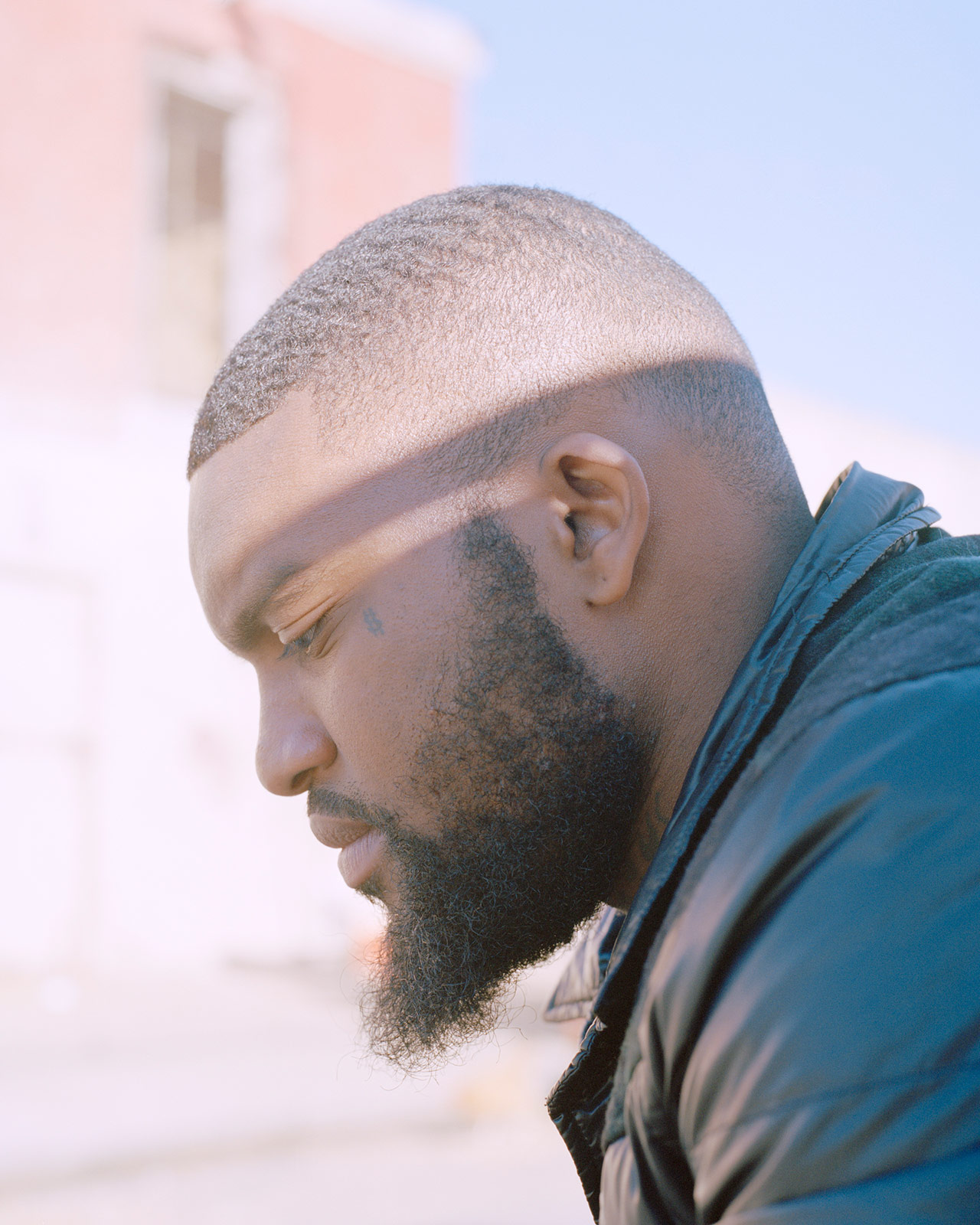 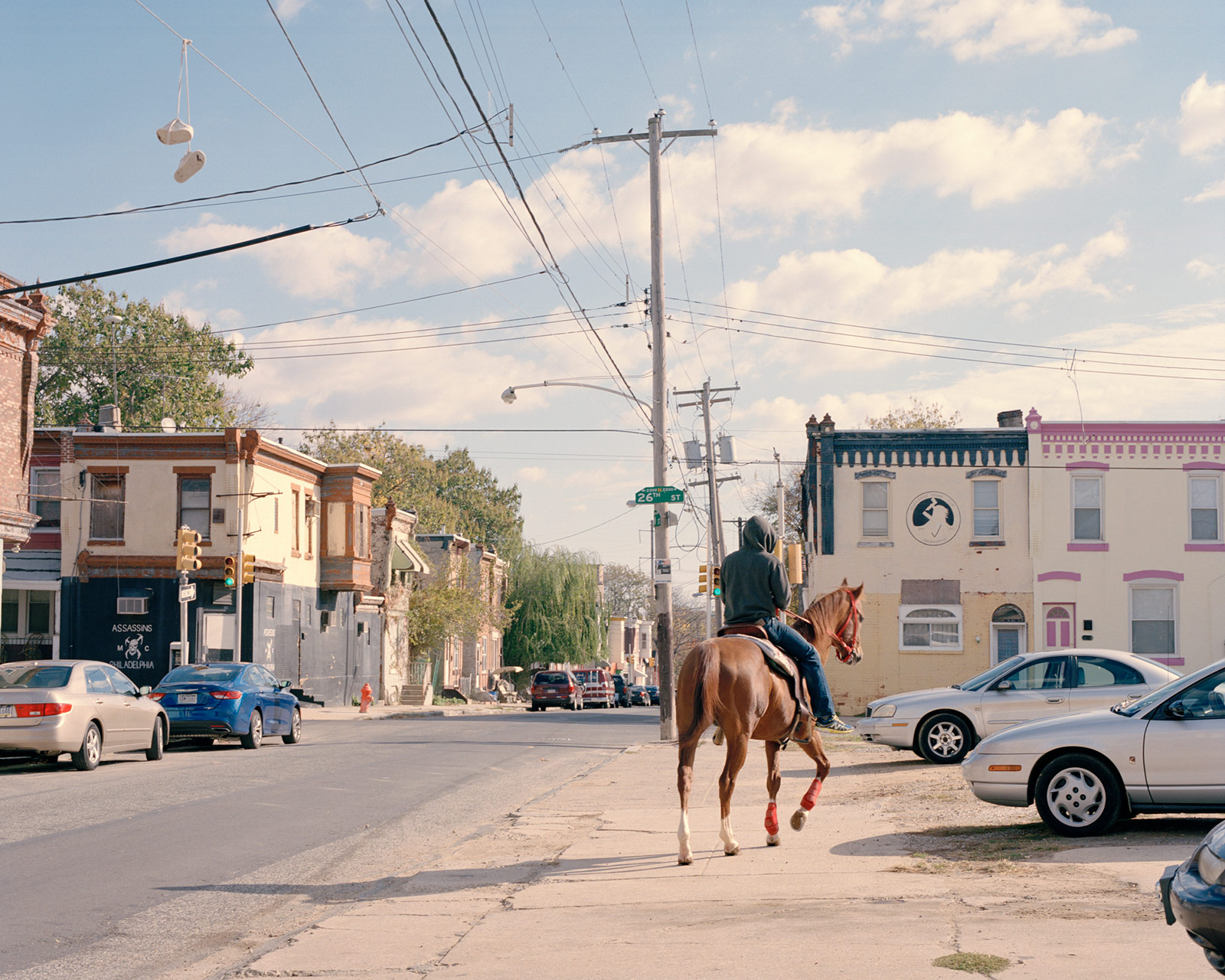 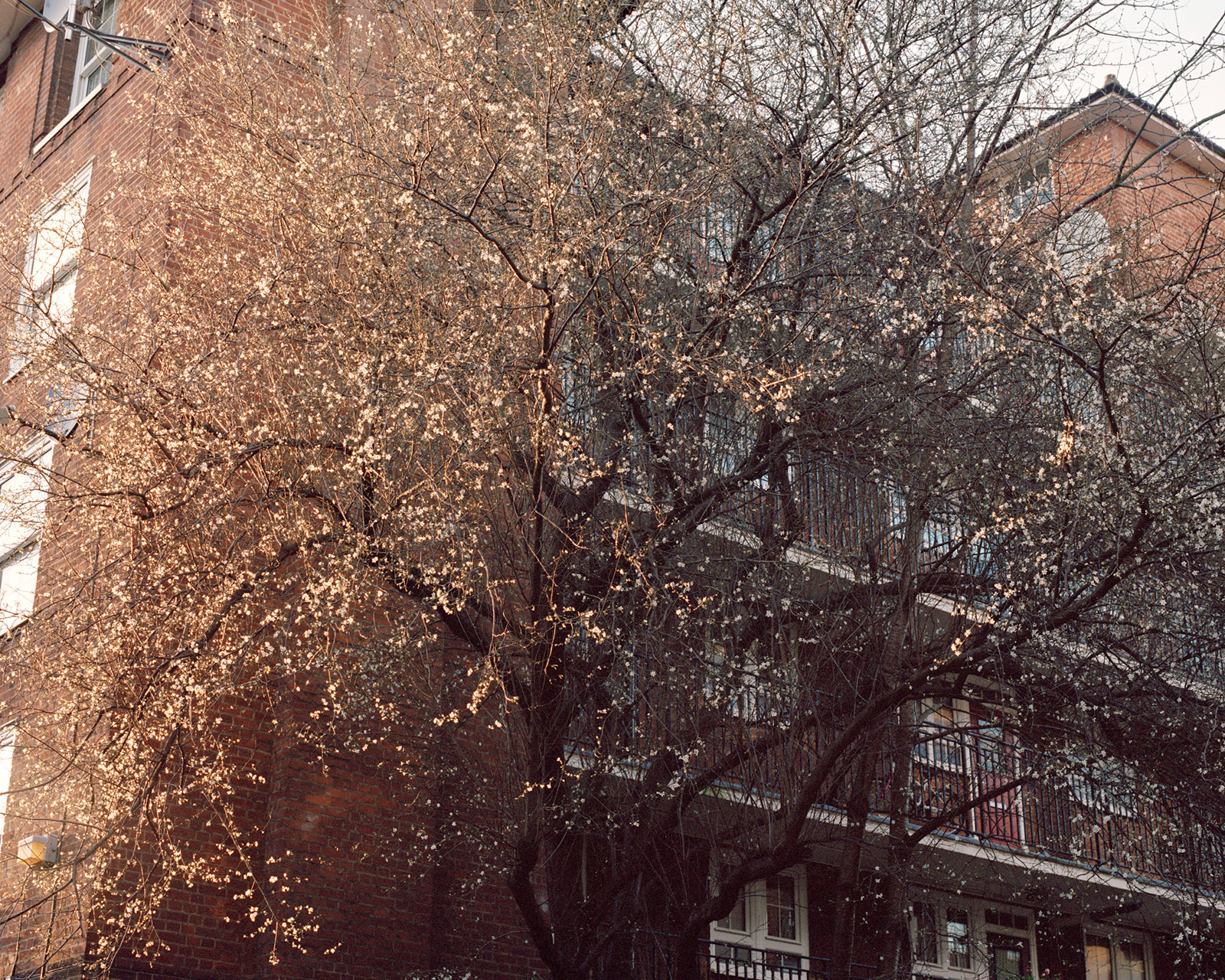 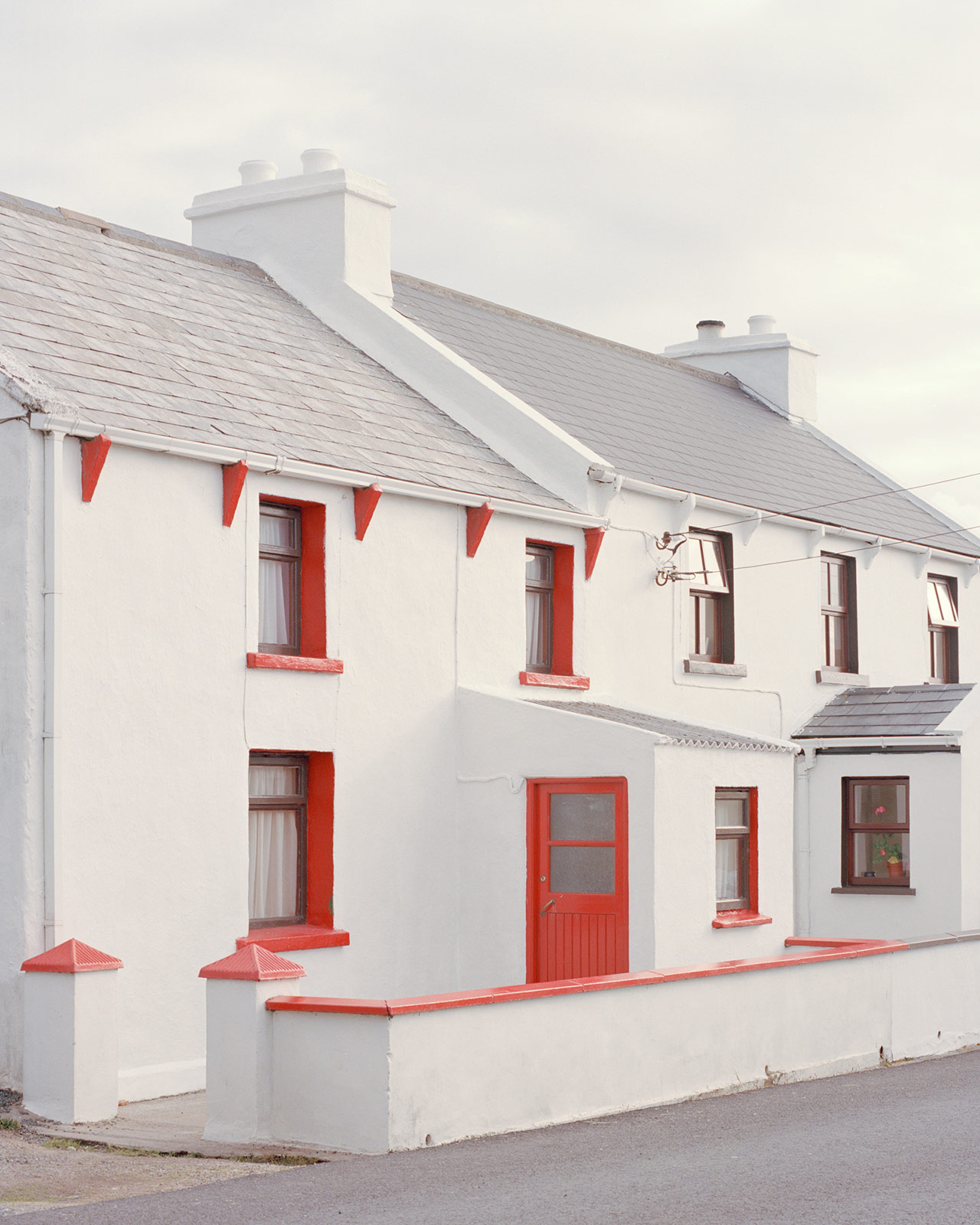 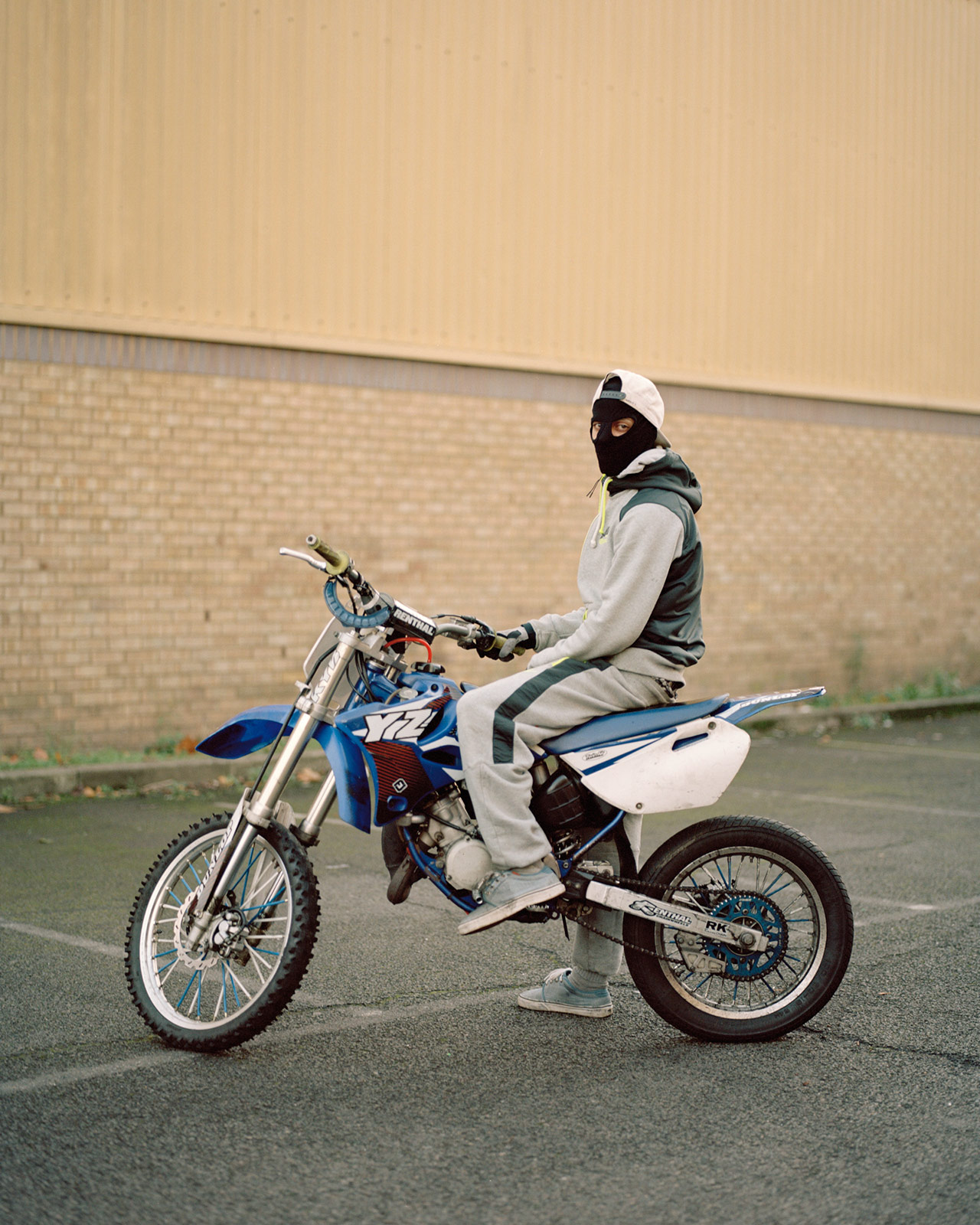 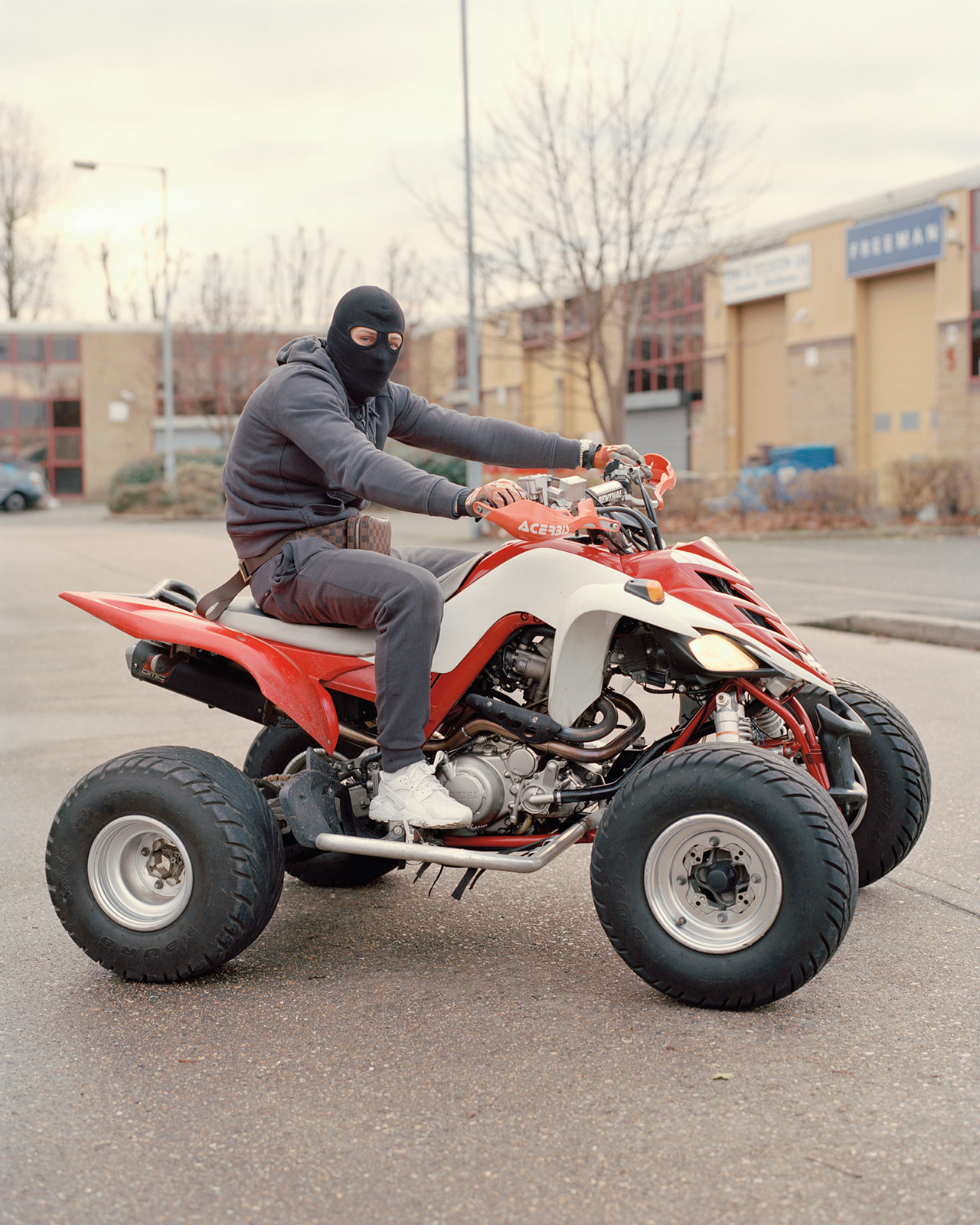 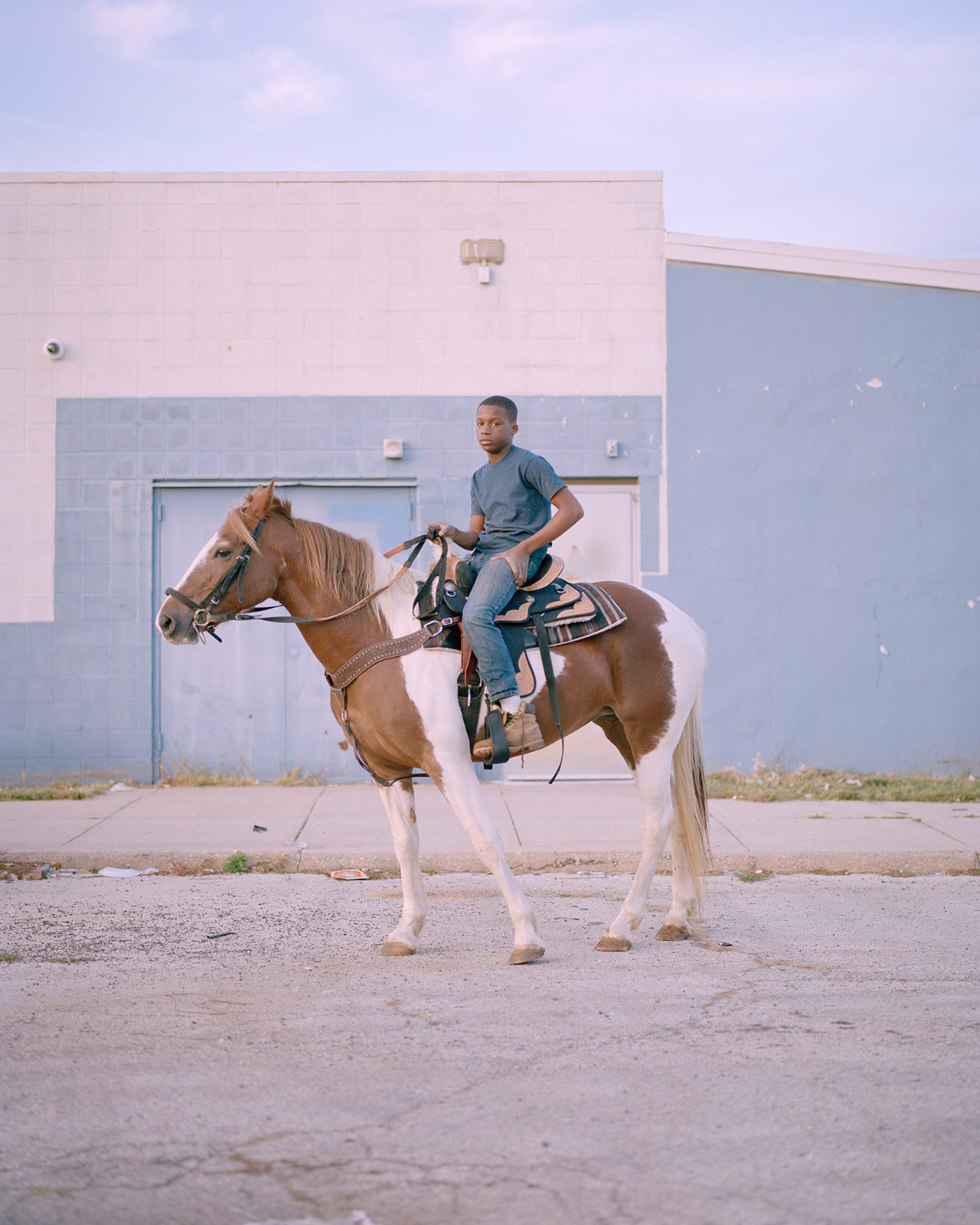 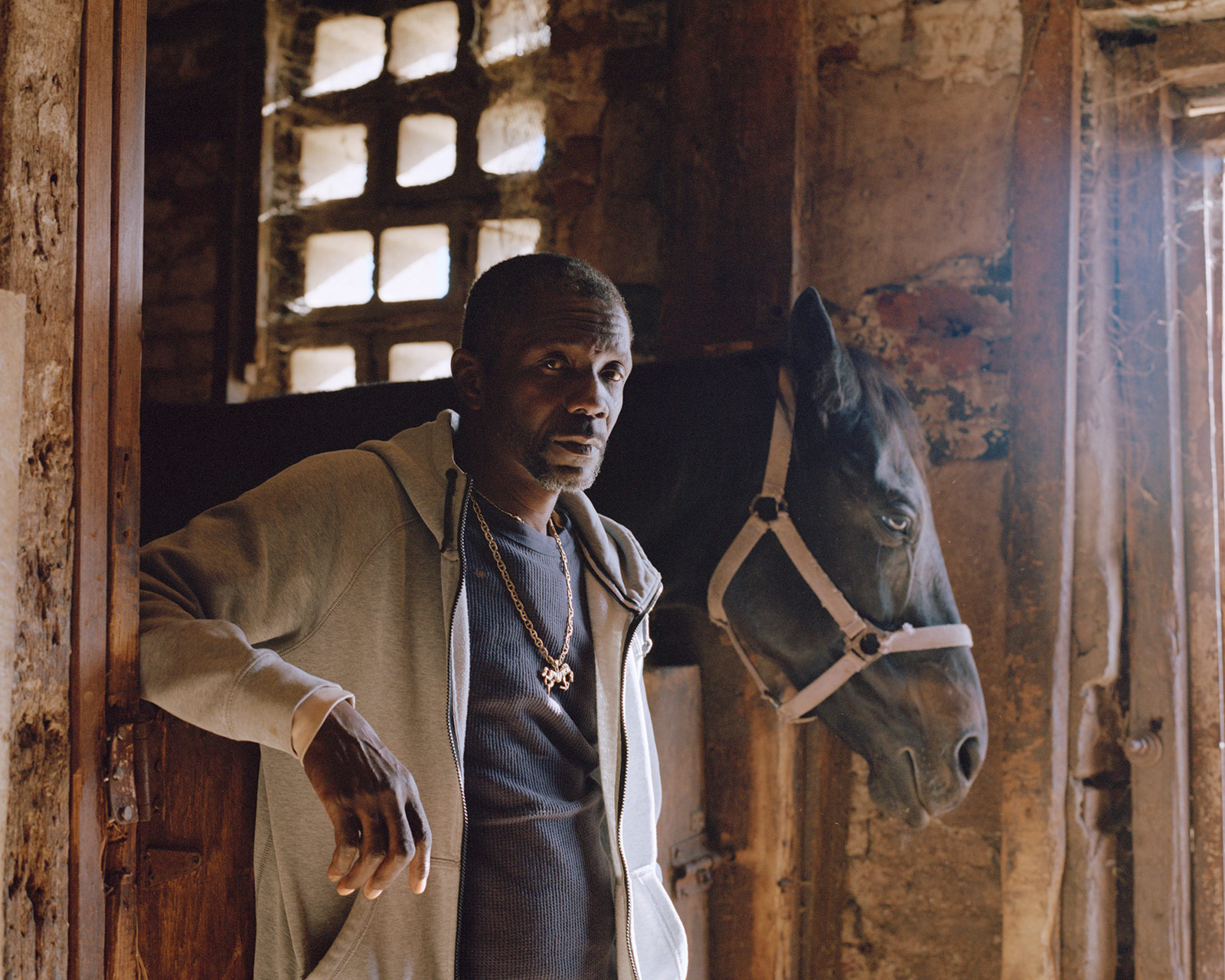