A Sliver of Happiness 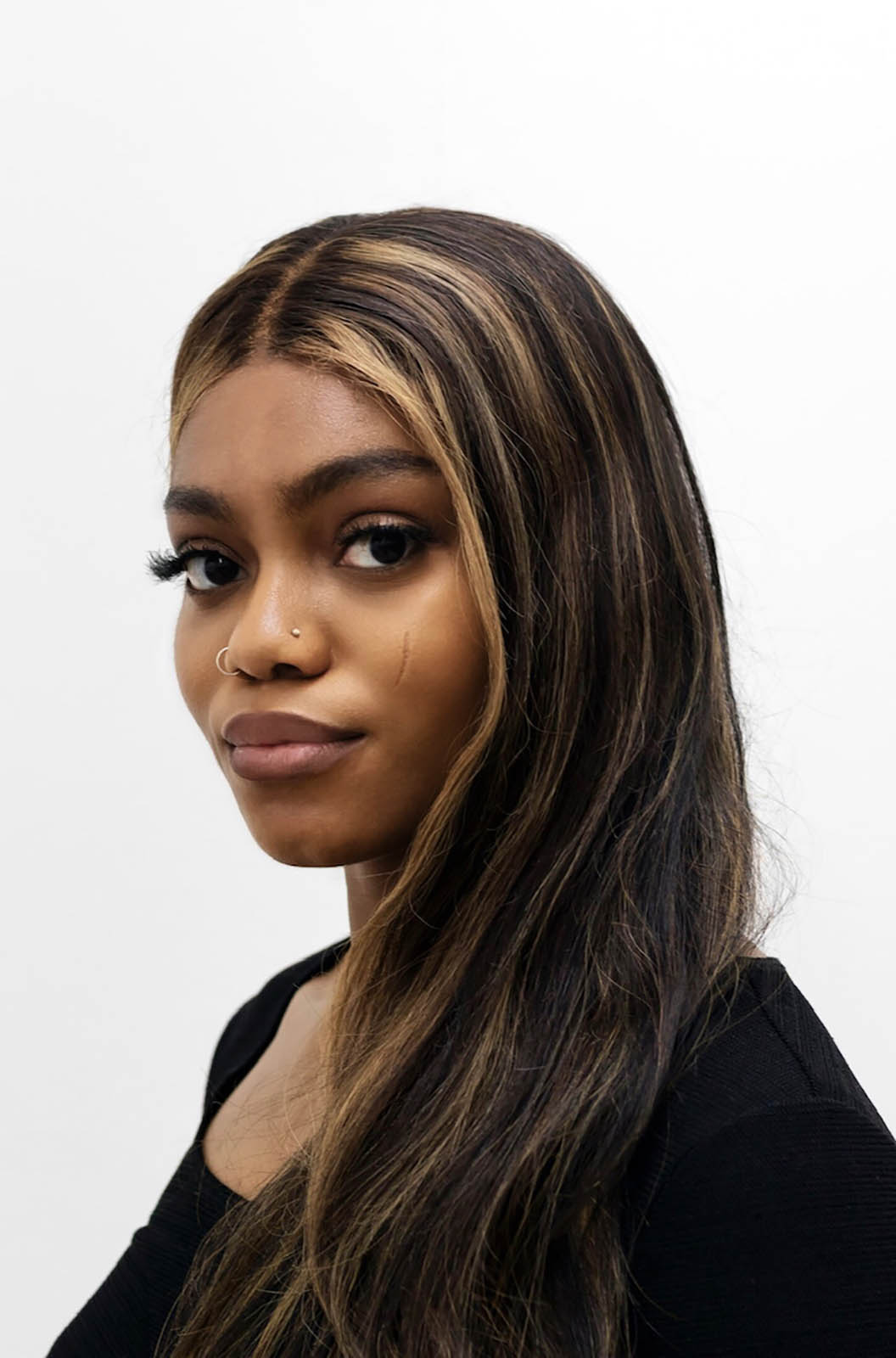 Chinaza Agbor recently showcased at HOFA gallery in London in the exhibition Mother of Mankind. Originally from America and currently based in London, Chinaza works through concepts and ideas in her paintings as a means to express feelings that she was not always able to put words to. An artist who has and continues to wear many hats, a Nigerian woman, a former STEM major with a degree in Biology, a painter, living under the umbrella of capitalism. These are some of the identities that intertwine to birth the exquisite and vividly colorful art that she produces. Through shades of pinks and purples, meshed with fleshy tones, her talent makes for work that is sultry and captivating.
Can you briefly introduce yourself and talk a little bit about what you are doing now in your life and career?
My name is Chinaza Agbor; I’m an American born Nigerian with a practice currently based in London.
Your most recent works are said to be explorations of navigating a capitalistic and consumerist society as a Black woman. How do you approach and execute this subject matter in your work?
If I’m being honest, I wouldn’t say it’s quite difficult to execute the experiences of being a Black woman and navigating this world. It’s just my reality. When I realised that I had never experienced a world devoid of capitalism; that my worries and the things I derived happiness from were simply constructs, is when I could properly articulate what I wanted to say in my pieces. With that realisation, it was easier to pour pieces of myself into my paintings. Not only was I speaking for Black women with my pieces, but I was also speaking up for myself, for the times that I didn’t have the knowledge to express what exactly I was going through. 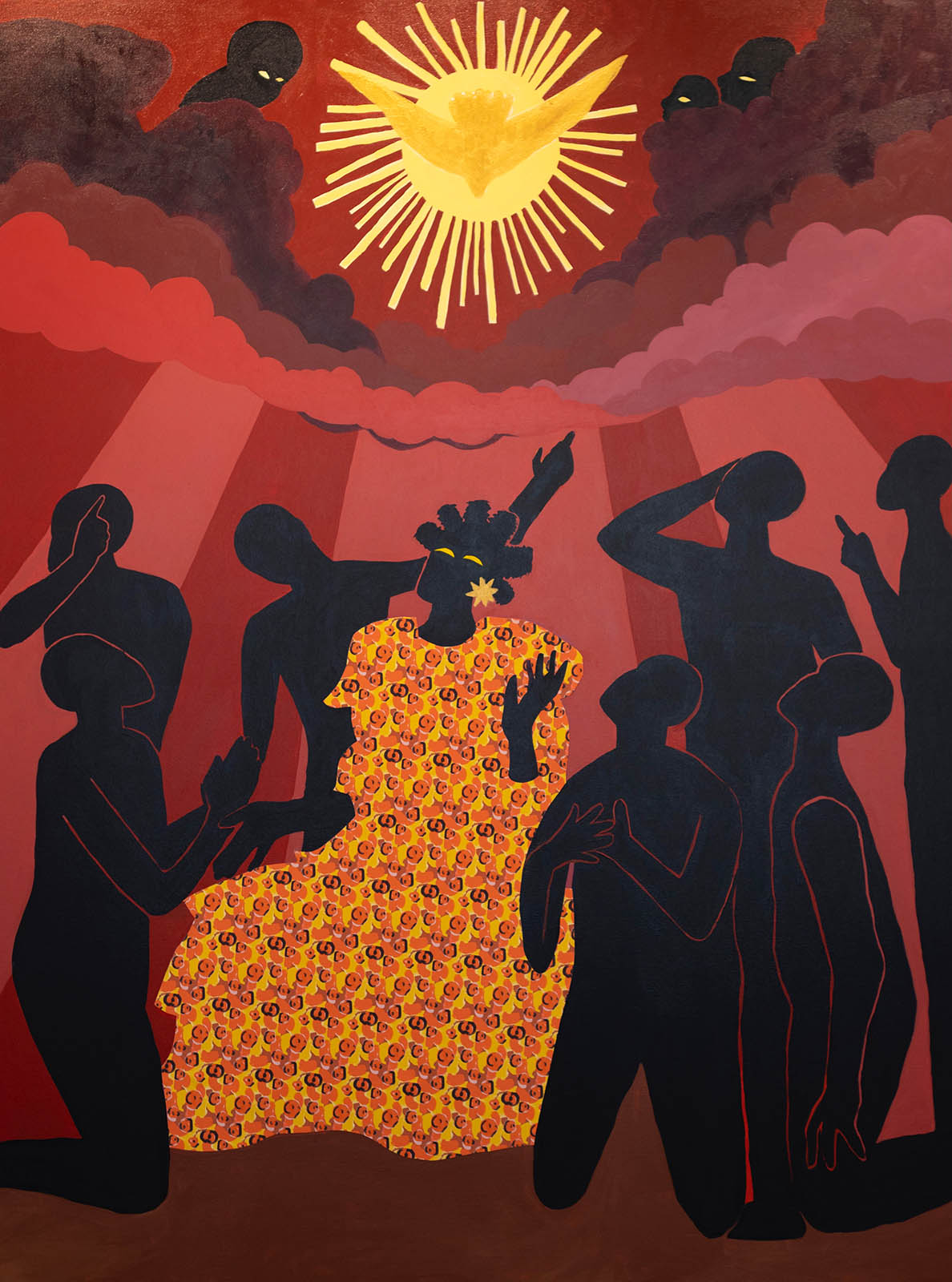 Can you expand more upon the subject matter of capitalism and consumerism in relation to your life. How does this affect your wellbeing?
Systems of sexism and racism interact under capitalism. While the Black man’s definition of success is to separate himself from racism and gain the power of patriarchy, and the White woman’s success is defined by the overcoming of sexism; the Black woman (me) is left in the middle. The realisation that there was an interconnectedness between racism and sexism, and that capitalism was merely born from slavery, explained why I never saw myself in feminist movements. It also explained why even amongst Black men, crying out against racism, I still felt so alone.
I, as a Black woman, have multiple identities that are constantly being negotiated. When you can put theory and definitions to what you’re going through everyday, it becomes easier to help yourself. I, like so many other Black women, have realised I and we have every reason to be unhappy, and yet we still actively choose not to. And that sliver of happiness is so beautiful, so rich and pure, and it’s something I strive to capture in my artworks.
Being in quarantine caused many people to start buying in excess, alternatively for some it forced them to stop and reflect on their buying habits. With so much time to contemplate, how do you think the pandemic affected your consumerism?
This question actually makes me laugh, because I have constantly been going through phases of overspending and penny-pinching throughout the entire pandemic. My consumerism definitely directly correlates to my mental state. The sadder I felt the more I was purchasing clothes and skin care products in order to fill the void. I had to really dissect my own personal consumerism and waste and I’ve dialled back a lot by filling my time with exercise. I’m not necessarily ashamed of the spending though. 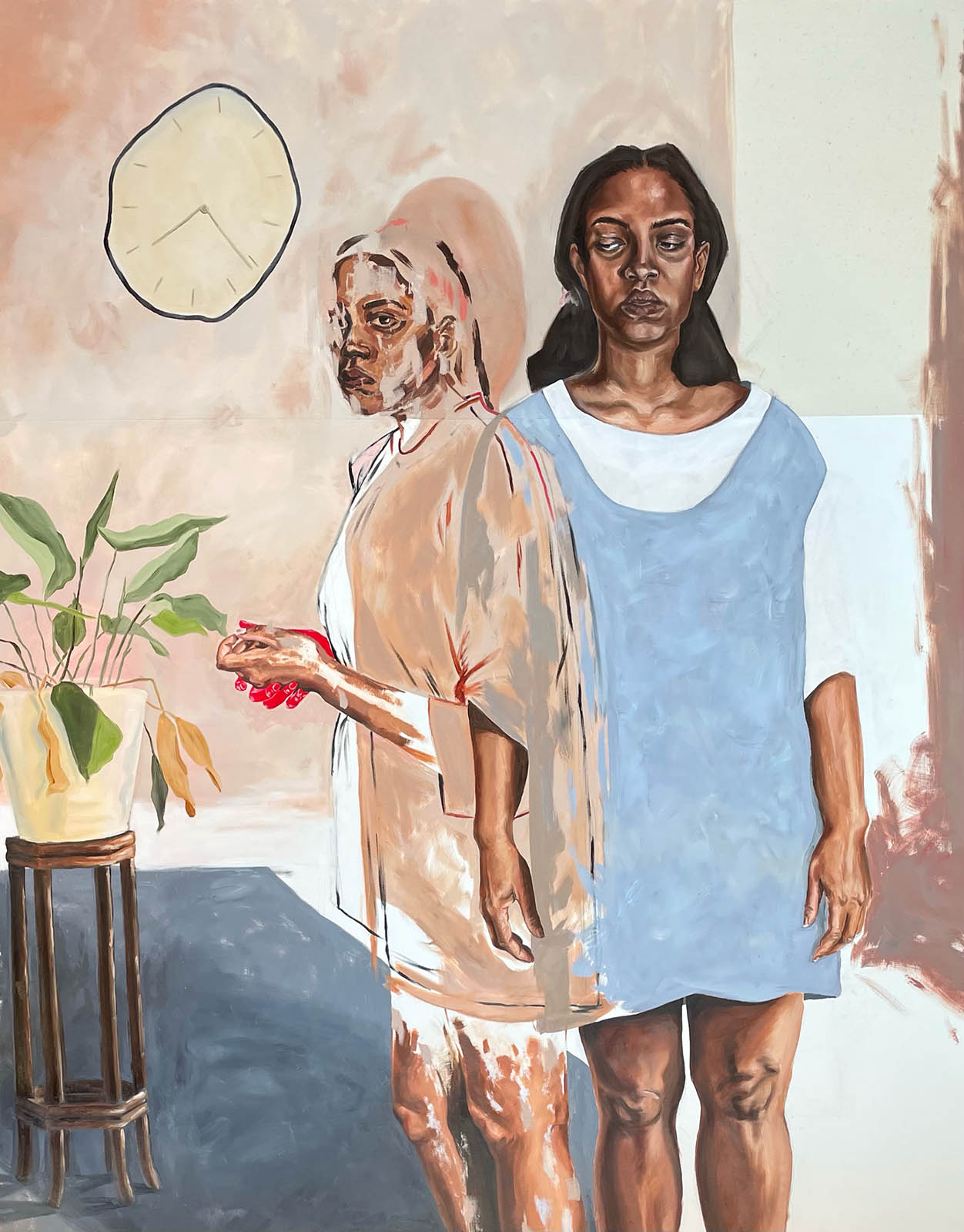 I read that you have a degree in Biology, and thought you would at one point go to medical school. How did you end up deciding to get your Masters in Painting?
I always studied art and sciences up until college. I fell out of love with art the more dedicated I became towards biology. I had it fed to me that the only job worth having was in the STEM (sciences and engineering) field and I believed it. As I continued more into my Biology Degree, I decided to take up art again as emotional and creative relief. From there I built a business of making prints of my work. I kept practicing and my love of art was back with a force. I decided it was something I wanted to continue for the rest of my life and in order to do that I needed proper qualifications. I applied to the Royal College of Art Painting course “and the rest was history”…
How does your previous background in a scientific field influence or come through in your work?
having a standard art background has made me more open to exploring, more so than my peers, I believe. I was never taught a “right way” or a “wrong way”, I’m a completely blank slate and it makes art exciting. 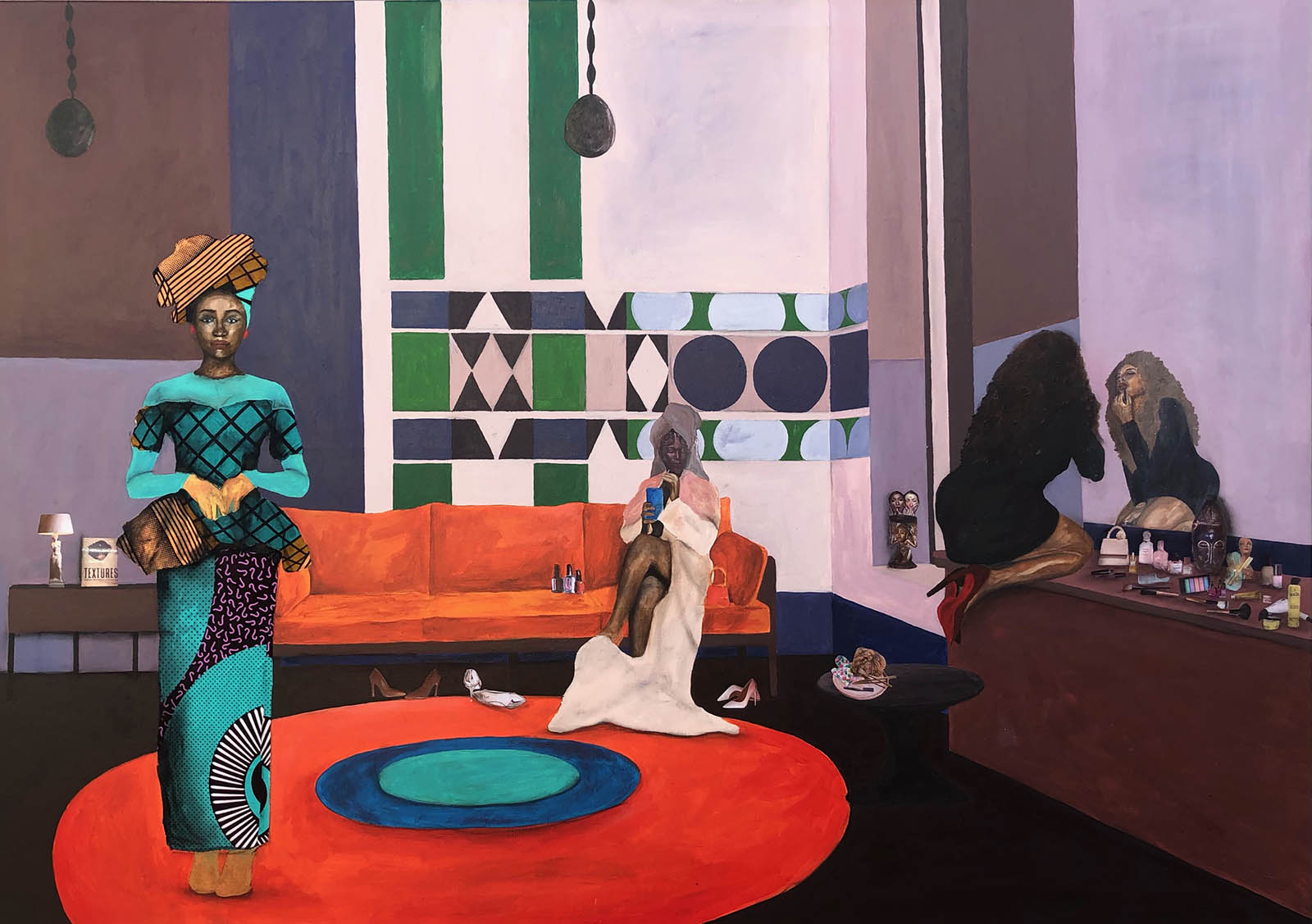 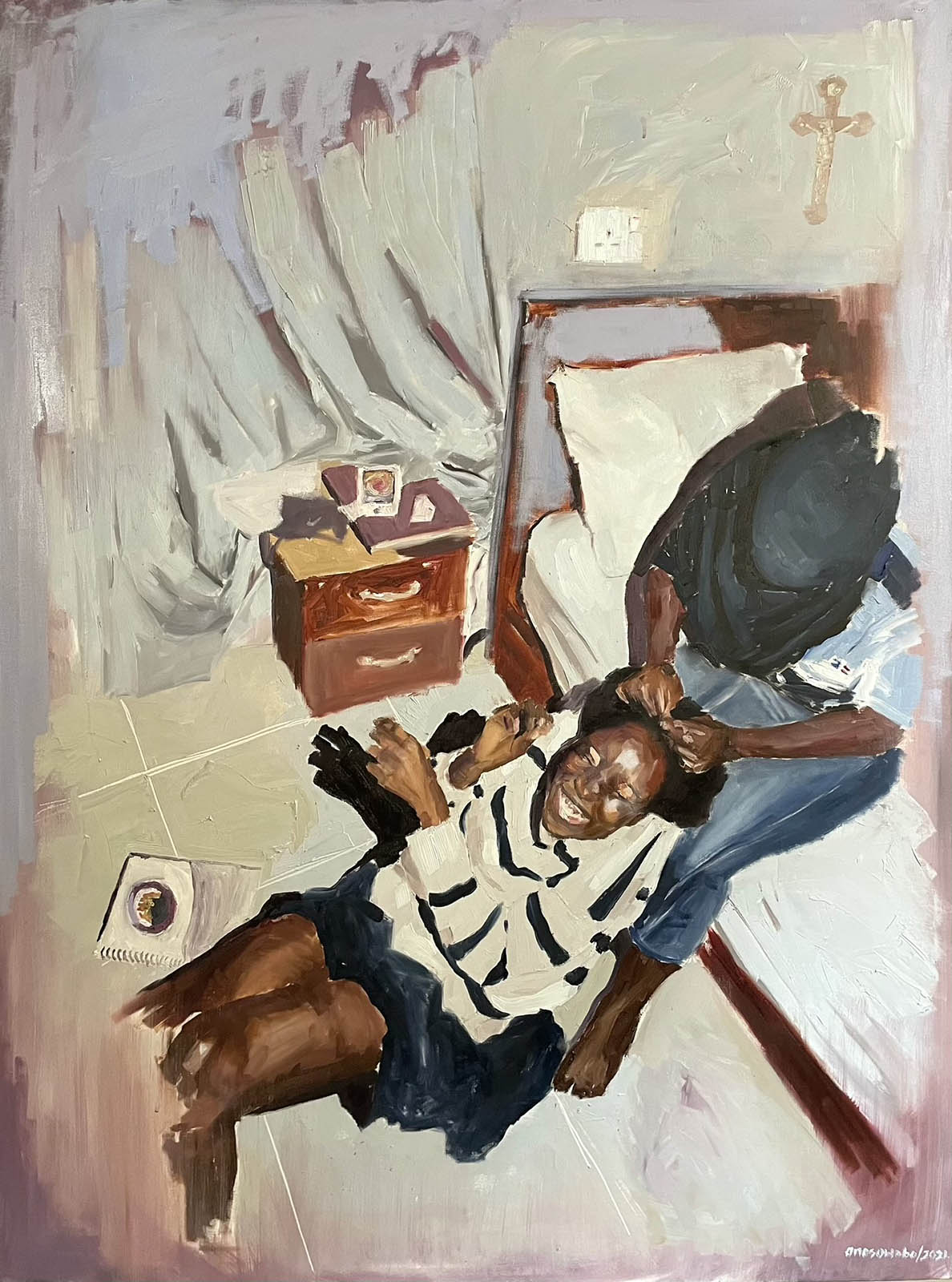 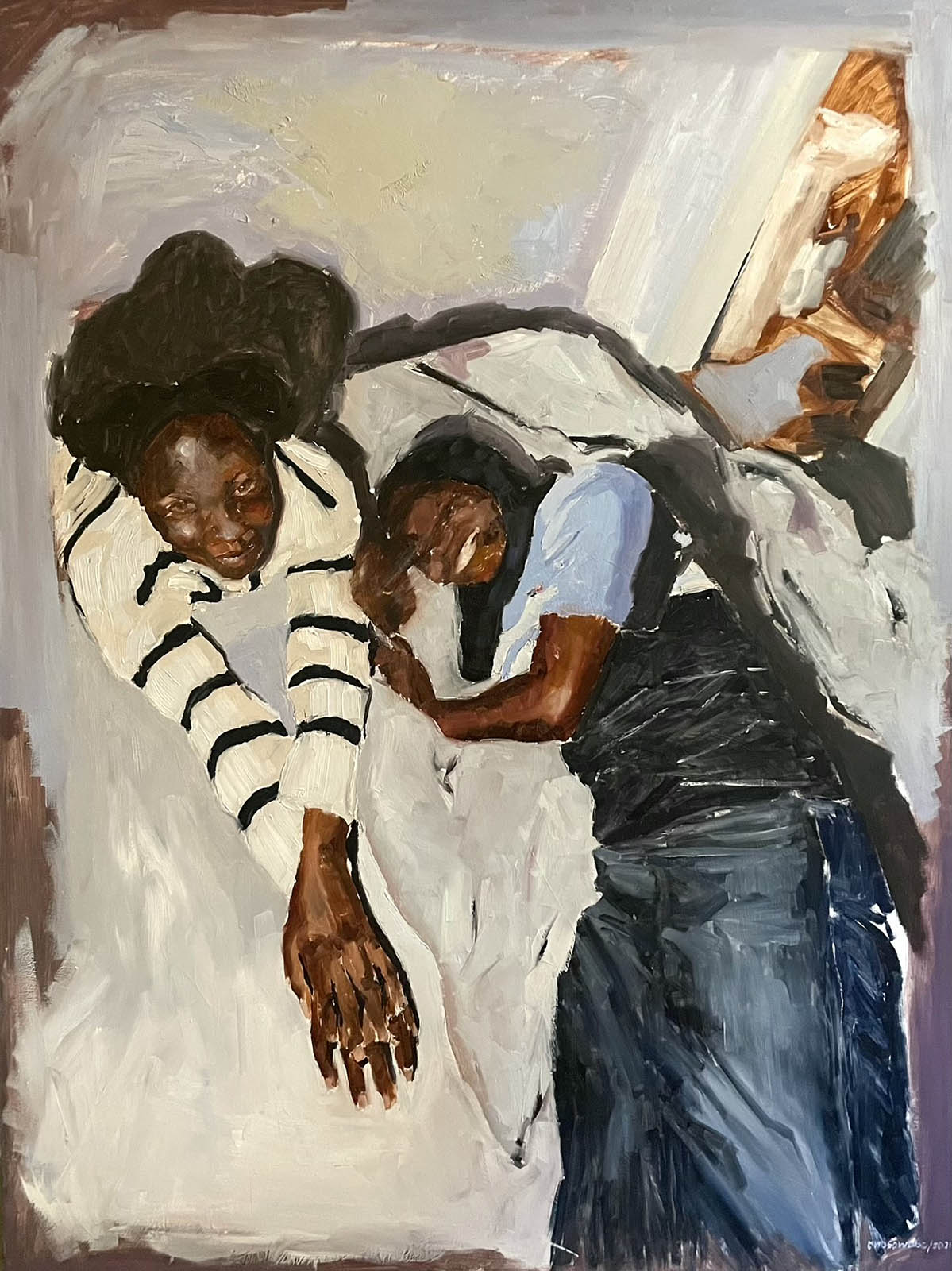 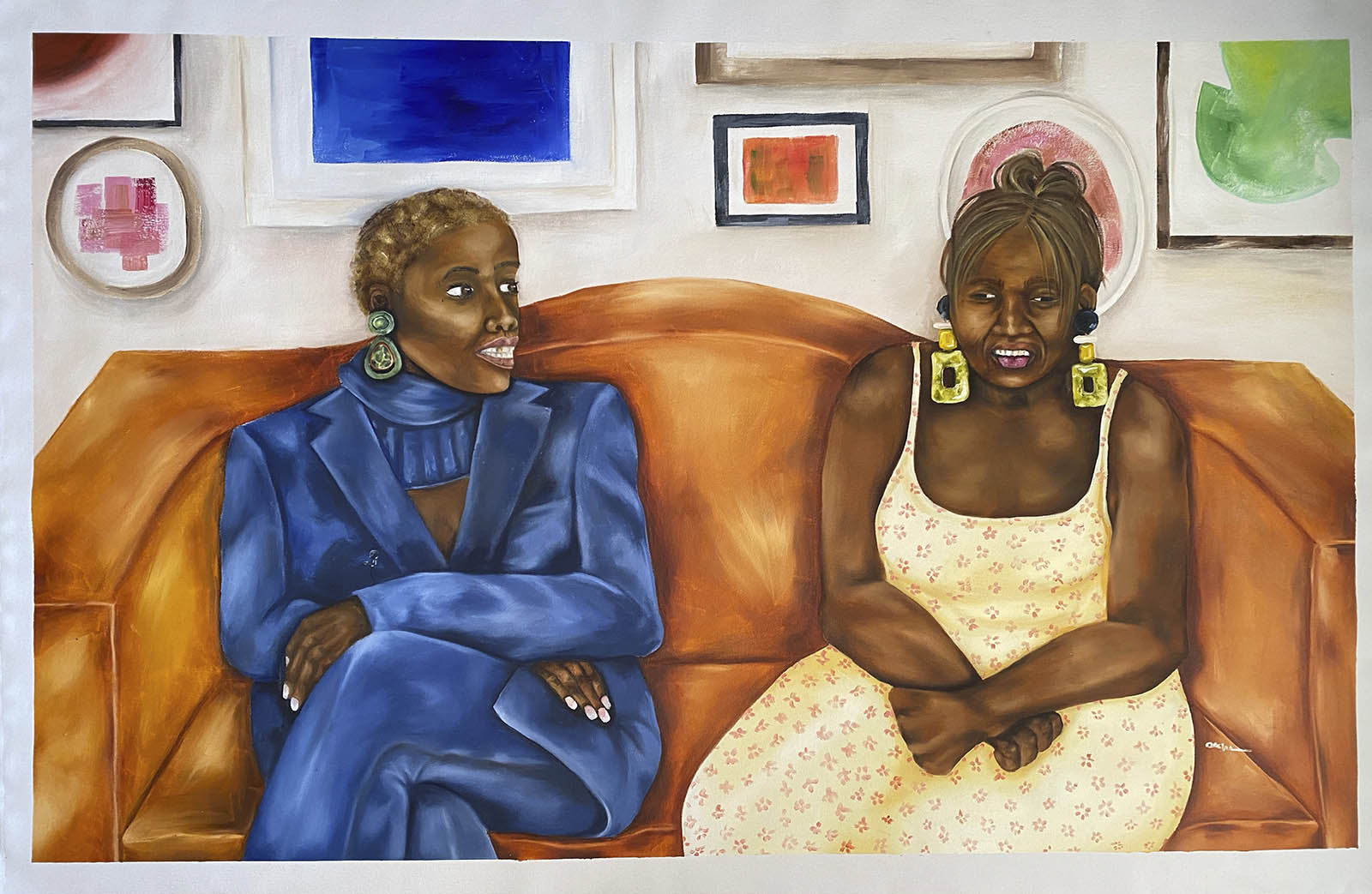 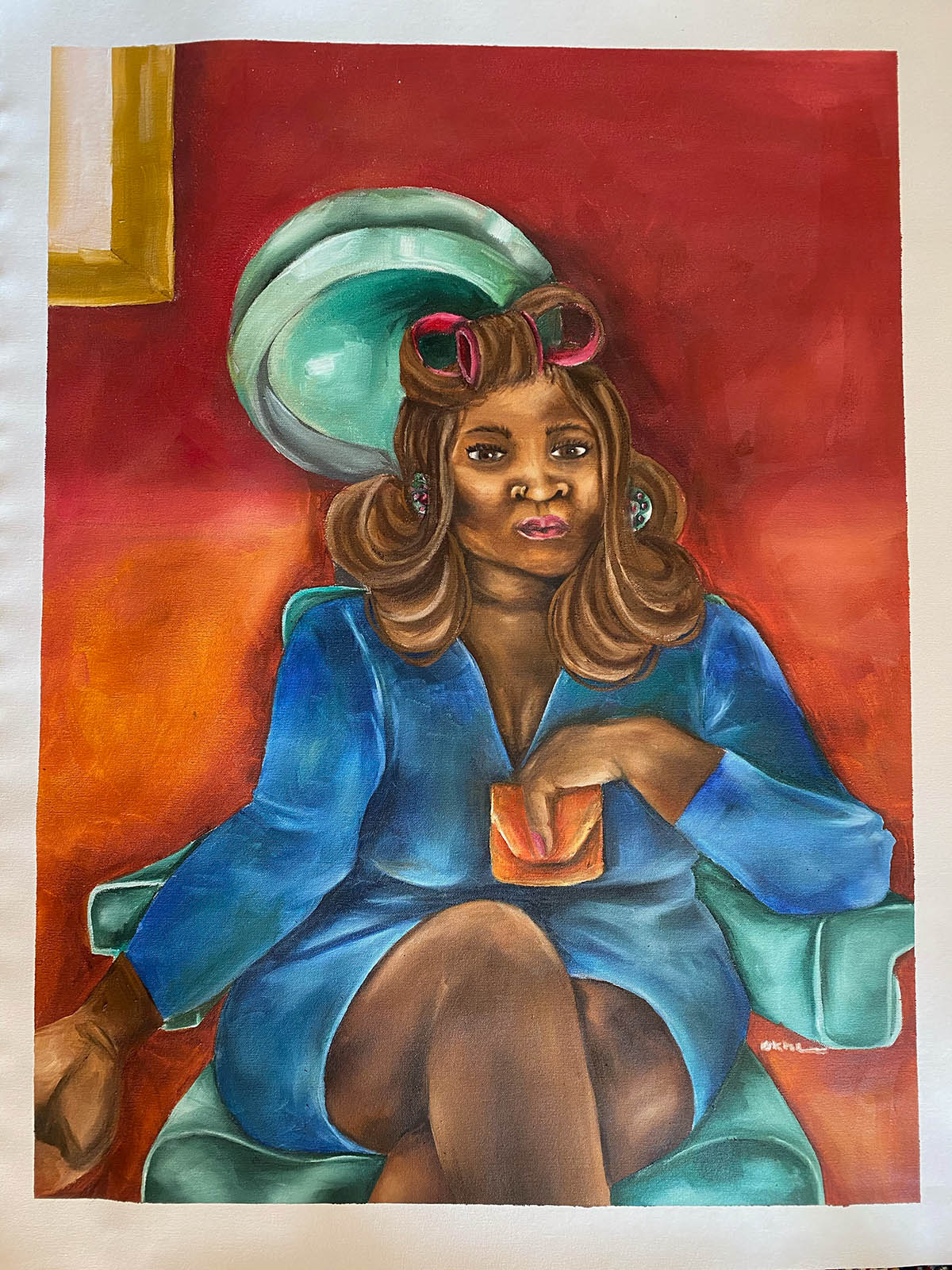 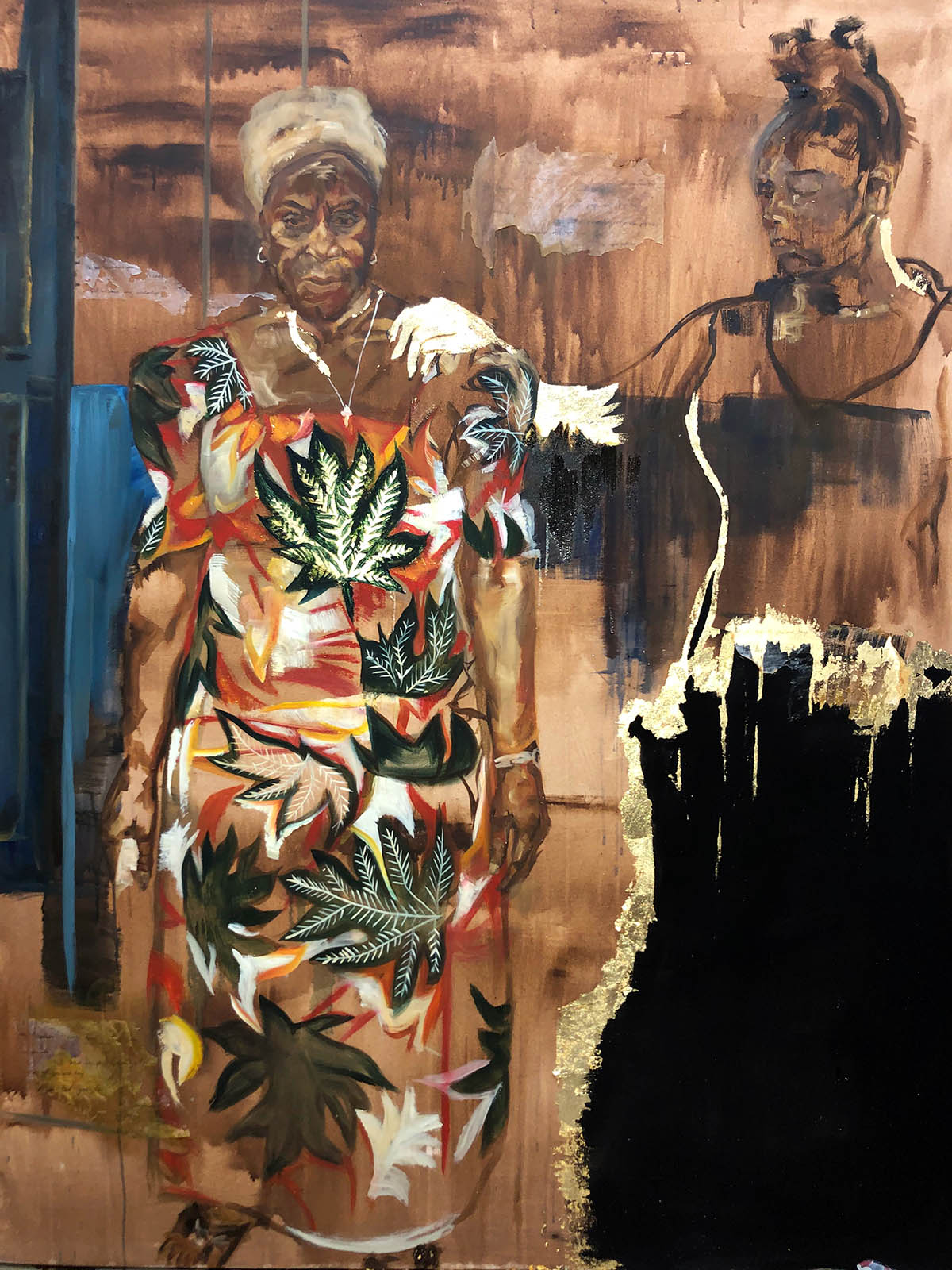 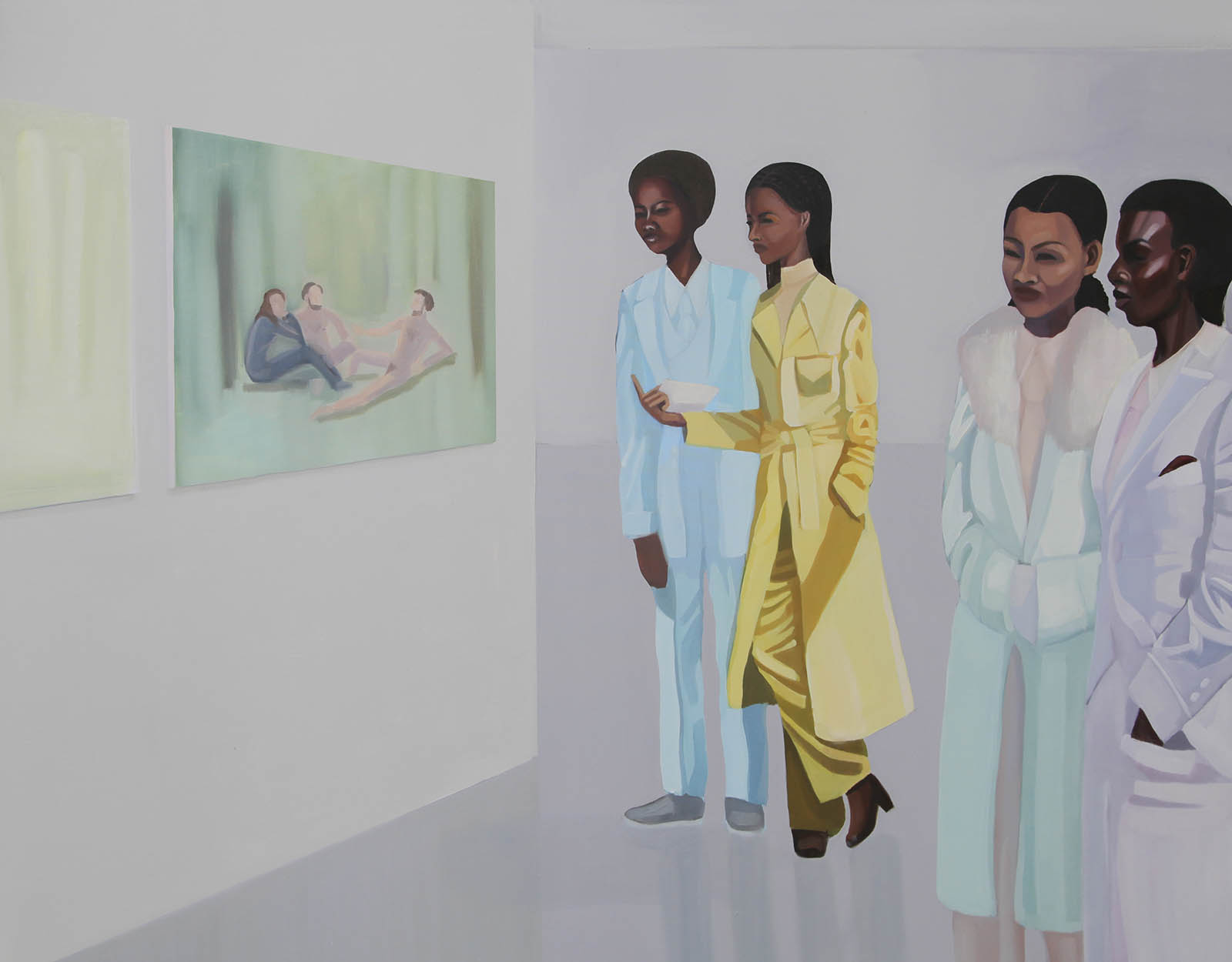 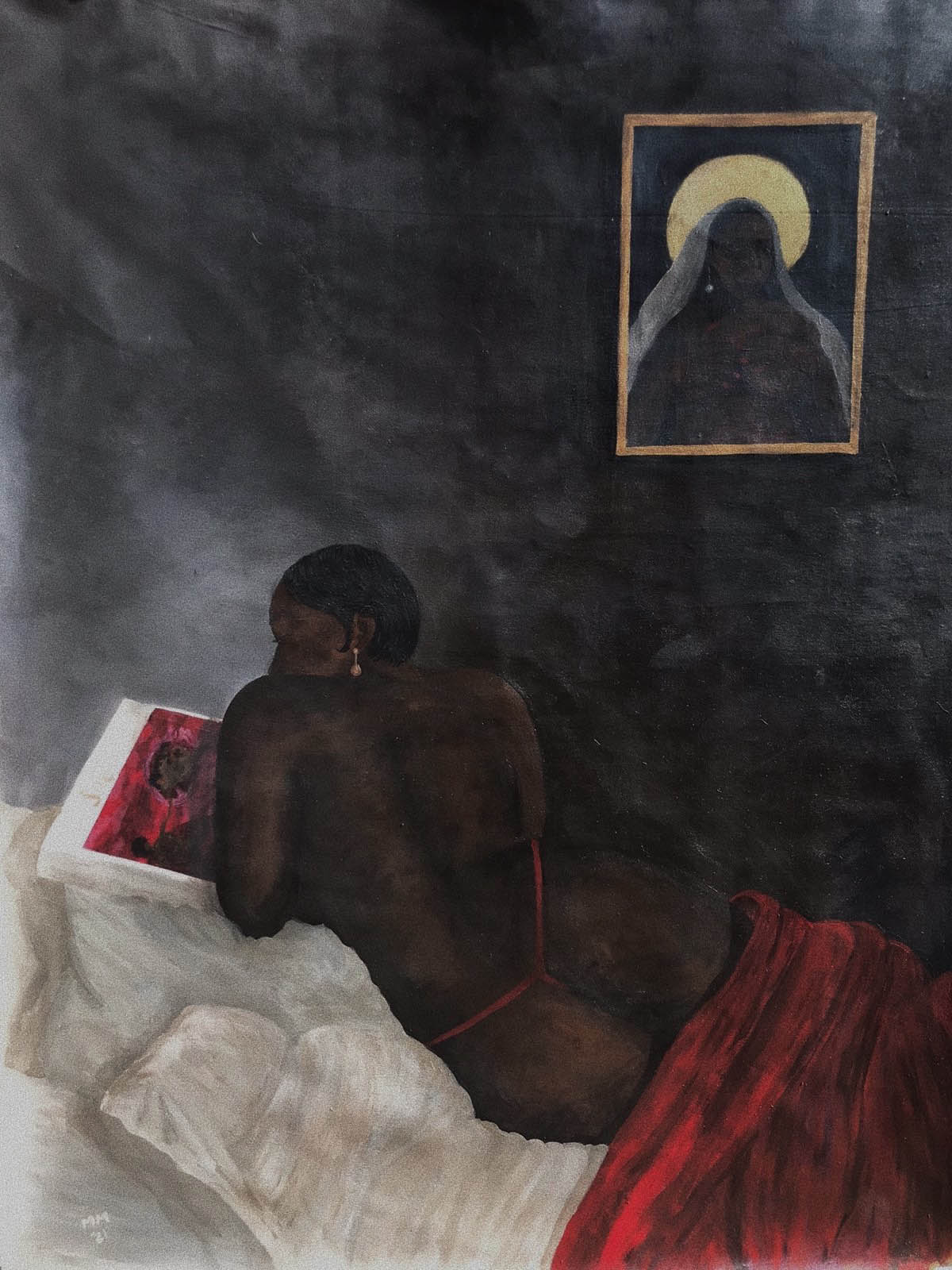 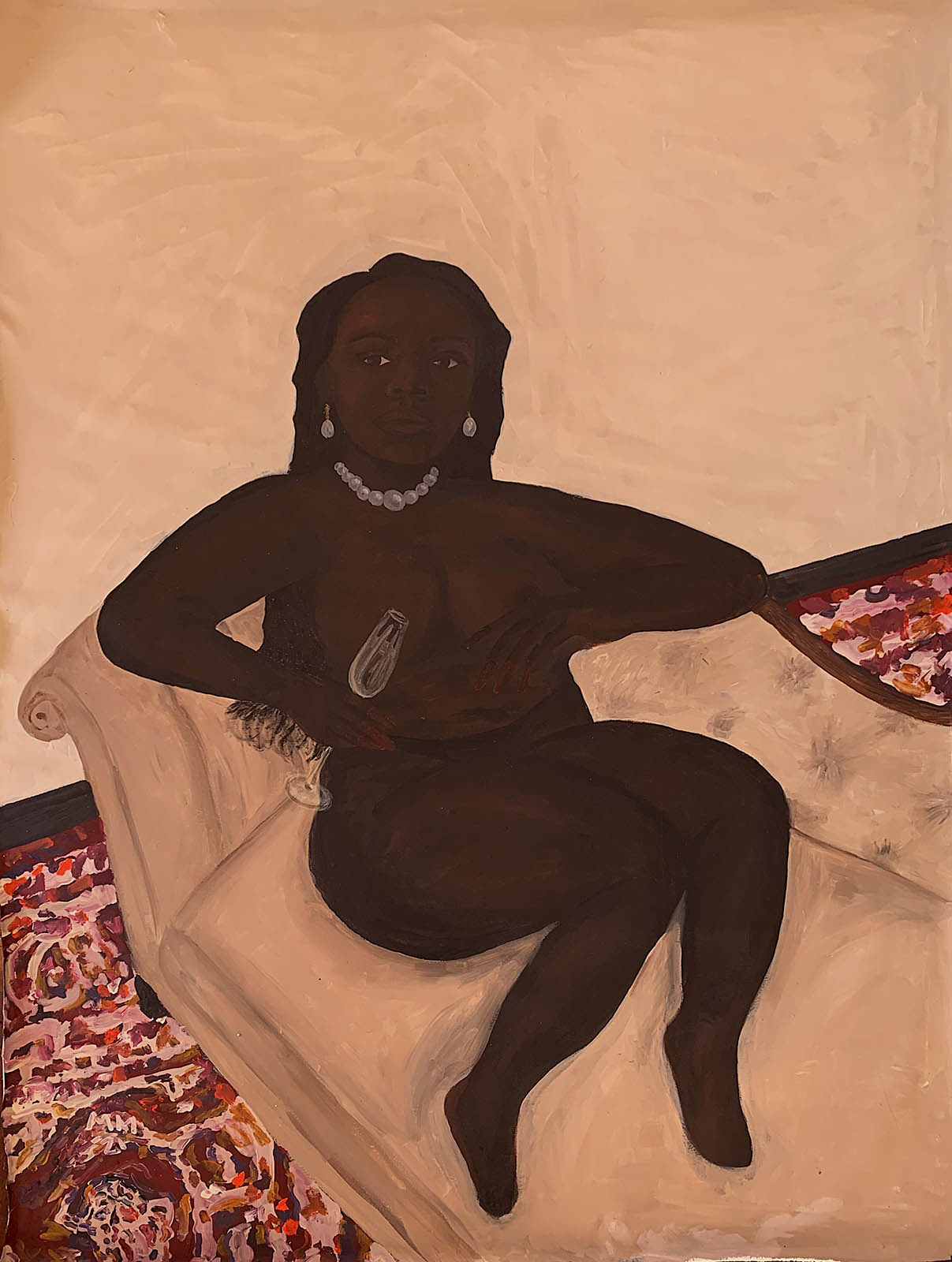 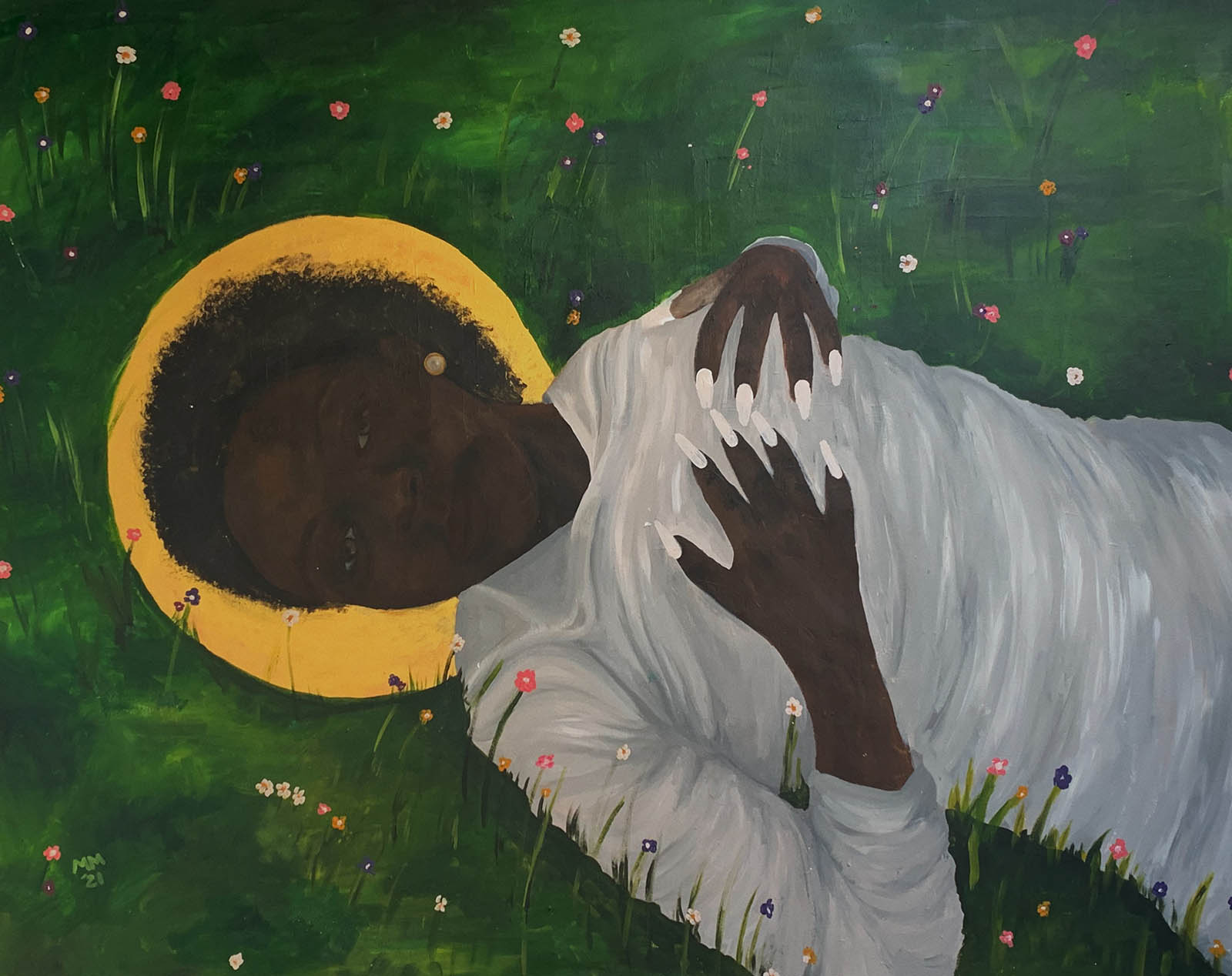 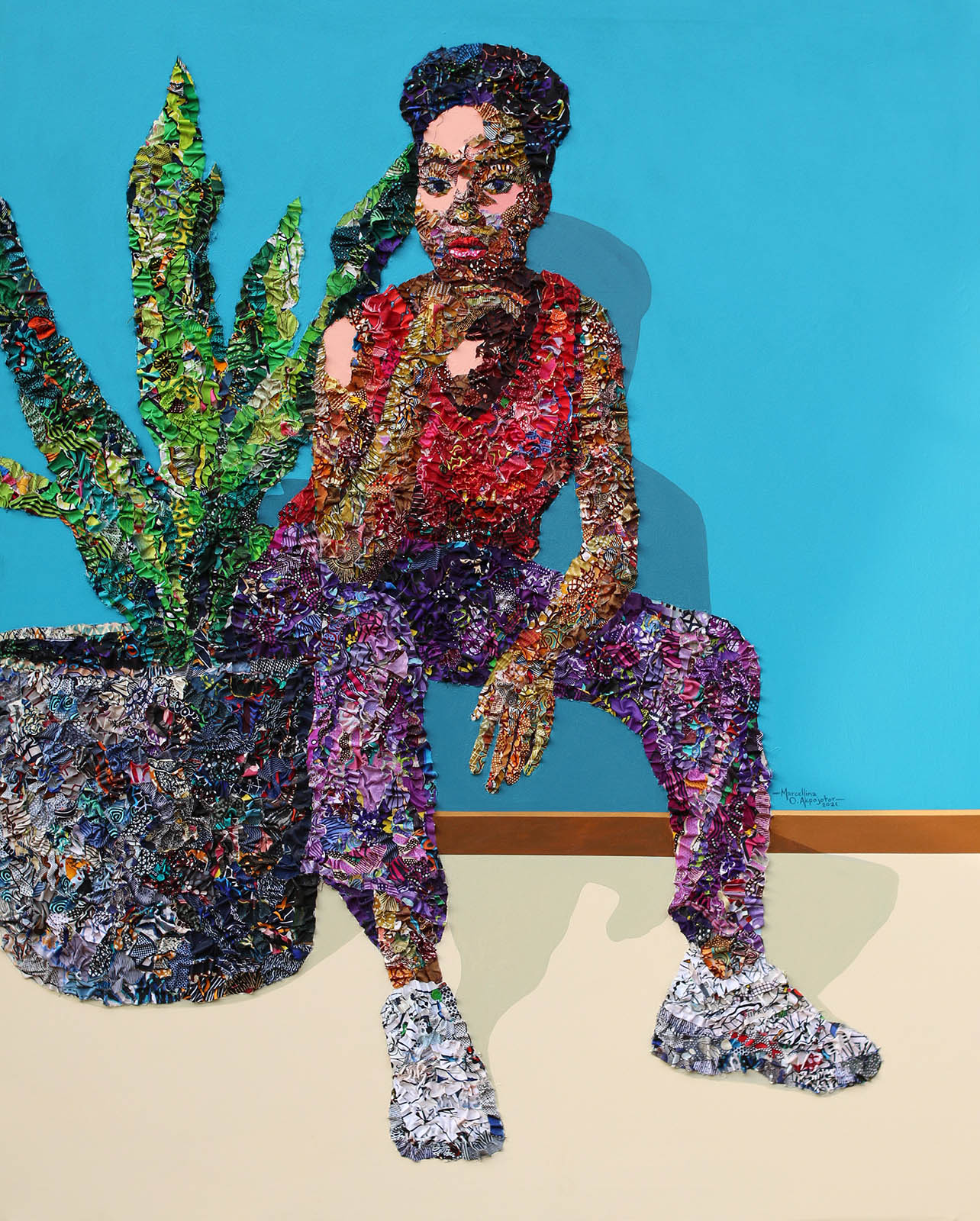 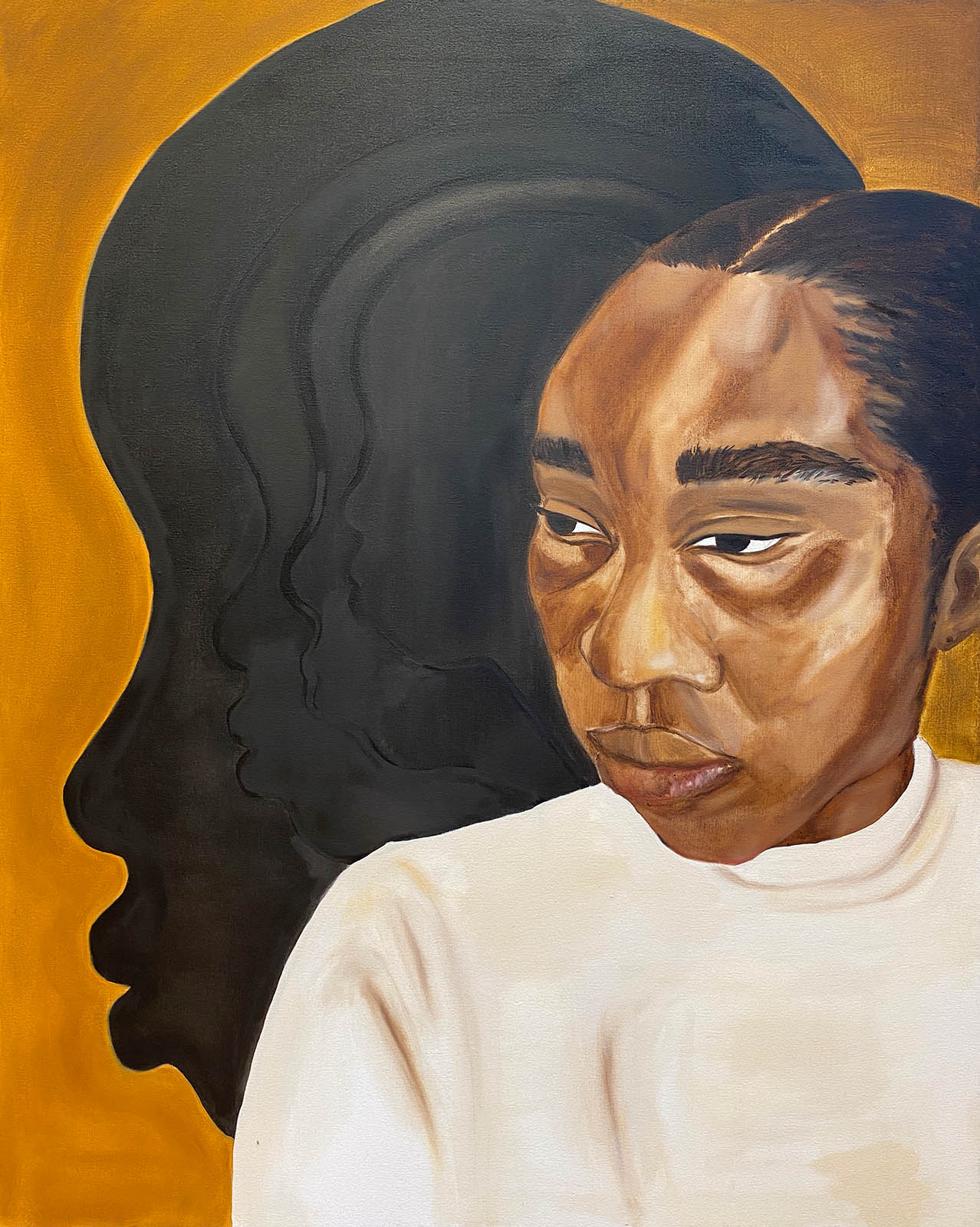 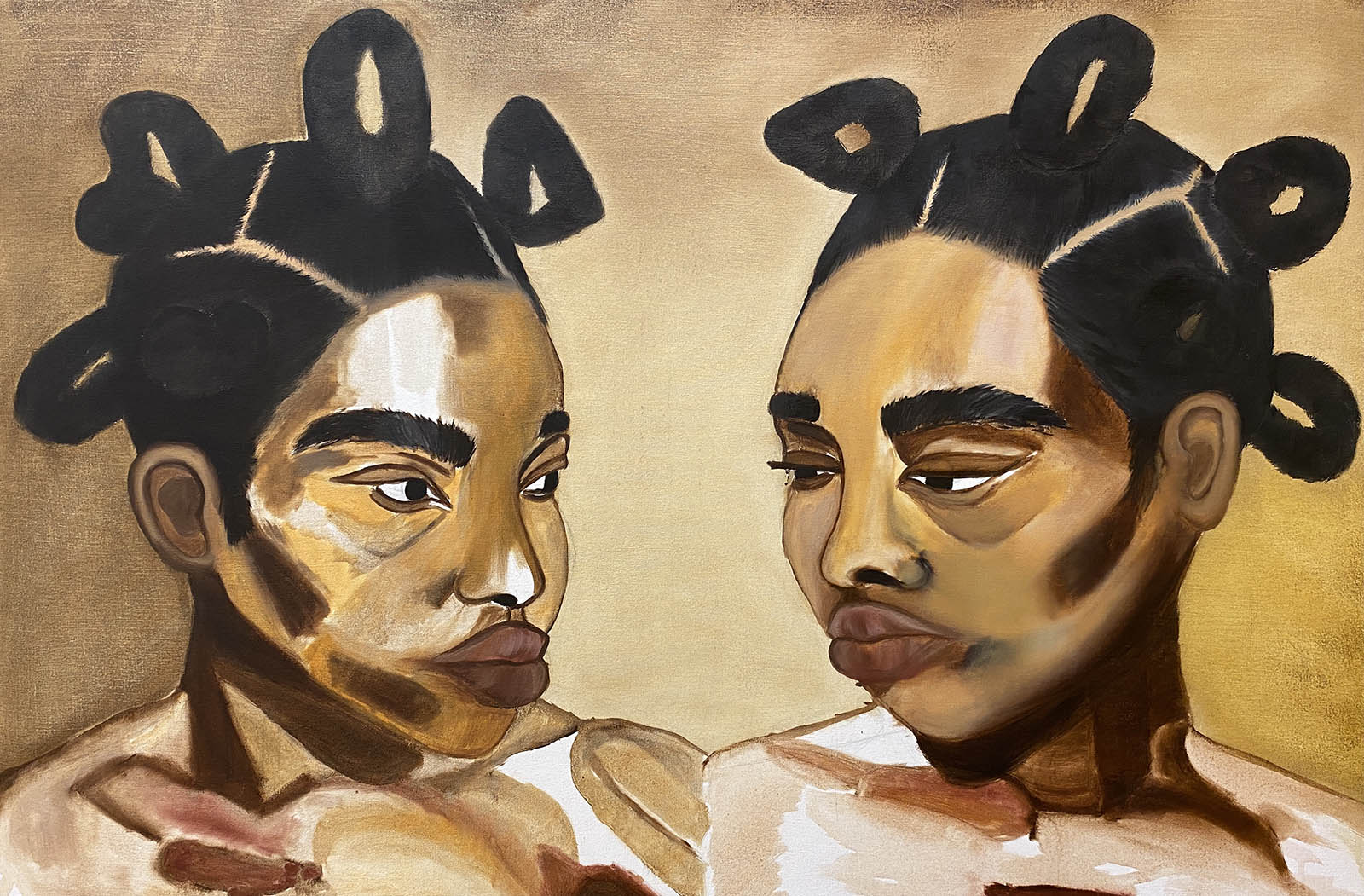