A thousand light years ahead 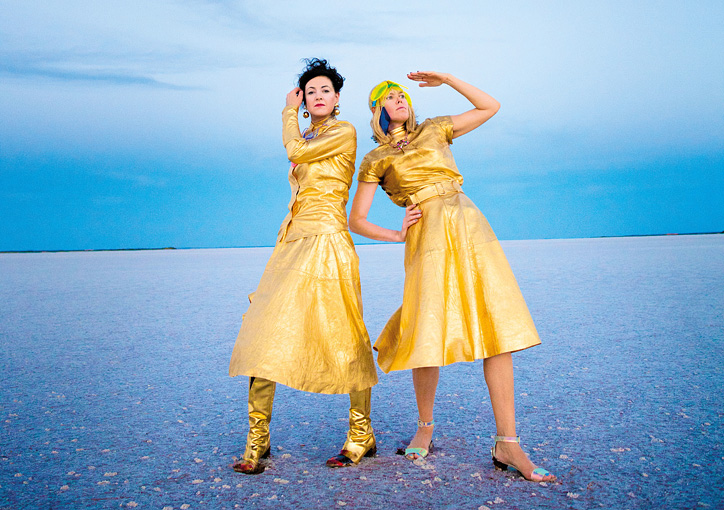 Chicks on Speed are no newbies on the scene, though judging by their overwhelming positivity and freshness you could easily believe so. Truth is they have been around since 1997, blasting electroclash out their keyboards and exploring the borderlines of art. Now they are releasing "Artstravaganzza", an album brought from the future to shake our listening habits by blurring the roles of audience and performers.

Your new album “Artstravaganzza” will be released in just a few days, what is it going to be like?

Artstravaganzza is a concept album in the vein of 70s concept rock albums, except we've twisted this notion of concept album to embody ideas of invention and new forms of creativity in the digital frontier, not just thematically but through the development of our musical instrument apps for iPads which feature in our solo exhibitions to support the release of our album (our exhibition Scream tours to FACT, Liverpool and Bundesmuseum Bonn in 2015.) Our aim was to make our art become a multisensory experience in which the spectator becomes an active participant. Through the process of participation, the spectator in essence becomes the artist, turning the tables of the viewer as a consumer to a Prosumer – producer/consumer.

Yoko Ono, Julian Assange… What was it like working with all these incredible artists and intellectuals?

Julian is committed and a multi-talented person, If only our politicians would take his lead and be more committed to human rights issues and less to big corporate structures, i think the world we live in would be a pretty amazing place.

Chicks on Speed is an ever-changing group, always including new things to the music (like the self-made instruments), does that make it harder to keep on coming with new stuff, or more exciting?

It comes naturally, being two at the core of the group we never lack ideas, we have too many. One medium is never enough to express them all, so switching and overlapping between the worlds of new media, pop music, computational fashion and textiles helps us get our ideas materialized fast.

At the same time, it seems you’re also evolving into a more expansive way of making music and art, connecting all the fields you like to work in –music, performance, textiles…-, what direction do you want to take with this?

Collaboration is at the kernel of Chicks on Speed, this helps us deal with so many projects at the same time, working across genres inside the overarching oeuvre of COS. Right now we are focused on our interactive exhibitions that are touring key cultural institutions in Australia and Europe. SCREAM, for example, is an exhibition about the gesamtkunstwerk of our band, featuring our objectinstruments (self-made musical instruments). It’s all about the audience and their creativity in using our tools to make new forms of visual music.

Together with the new album you are releasing six apps, can you tell us about them?

One of the aims was to use technology to double, transform, enhance the body and extend the body through media in a live art/digital performance setting, something Marshall McLuhan has written a great deal about, in his book Understanding Media. It's this idea of creating a worn media environment which interested me. When an app is projected on stage it can totally transform the stage environment, as a tool for sloganeering, communicating, changing the atmosphere through painting the stage in different colours and sounds or by transforming what one is wearing. Our apps can also assist in learning a new musical instrument. I suppose most importantly the apps redefine the relationship between spectator and spectacle in the live frame, getting rid of the notion of pop star and passive audience.

How does this apps transform the audience and the concert itself? Is there a bigger fear for the music not turning out “okay”?

Music alone is 2D and not enough for CoS. Our concept of interactive visual music brings in added complex dimensions and experiences, which make the whole performance more challenging for us as performers and the audience as prosumers and the dialogue we share together. We aren’t concerned with controlling the live environment, rather leaving it as a blank canvas for the audience to complete the artwork. They have the last say, our performance isn’t a ready-made.

Together with all this, you are also going to perform in many museums around the globe, some as important as the MoMA. In what sense are these exhibitions and performances going to be different from the actual concerts?

Each of our artformances is unique, we are constantly adding new elements; audio visual contents to the iPad apps, editing and remixing the live tracks, adding new objectinstruments, costumes, choreography, dance troupes, drummers and performance artists to our set,... There aren’t two identical concerts, unlike a Kraftwerk show per se.

You’ve been on this project for almost 20 years and your energy doesn’t seem to run out, what’s your secret? What’s the driving force?

There’s so much we haven’t realized yet. We need to build a Chicks on Speed school and a dedicated building, an archive to house all the dead art stuff we did in the past… we switch off and always push each other, I think this is our secret. 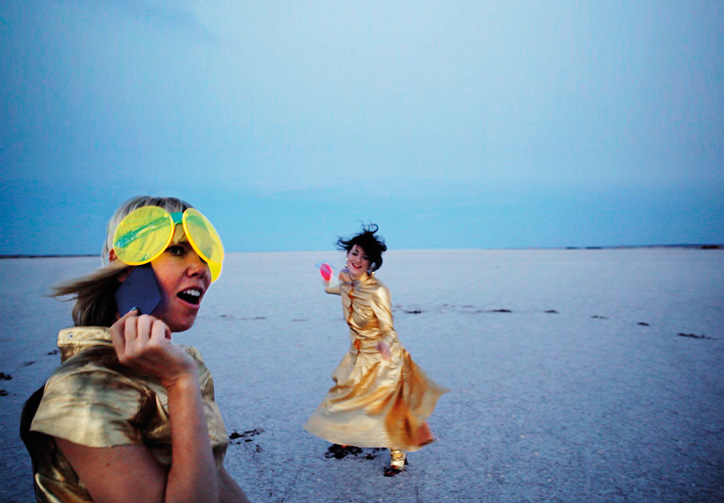