An extension of reality 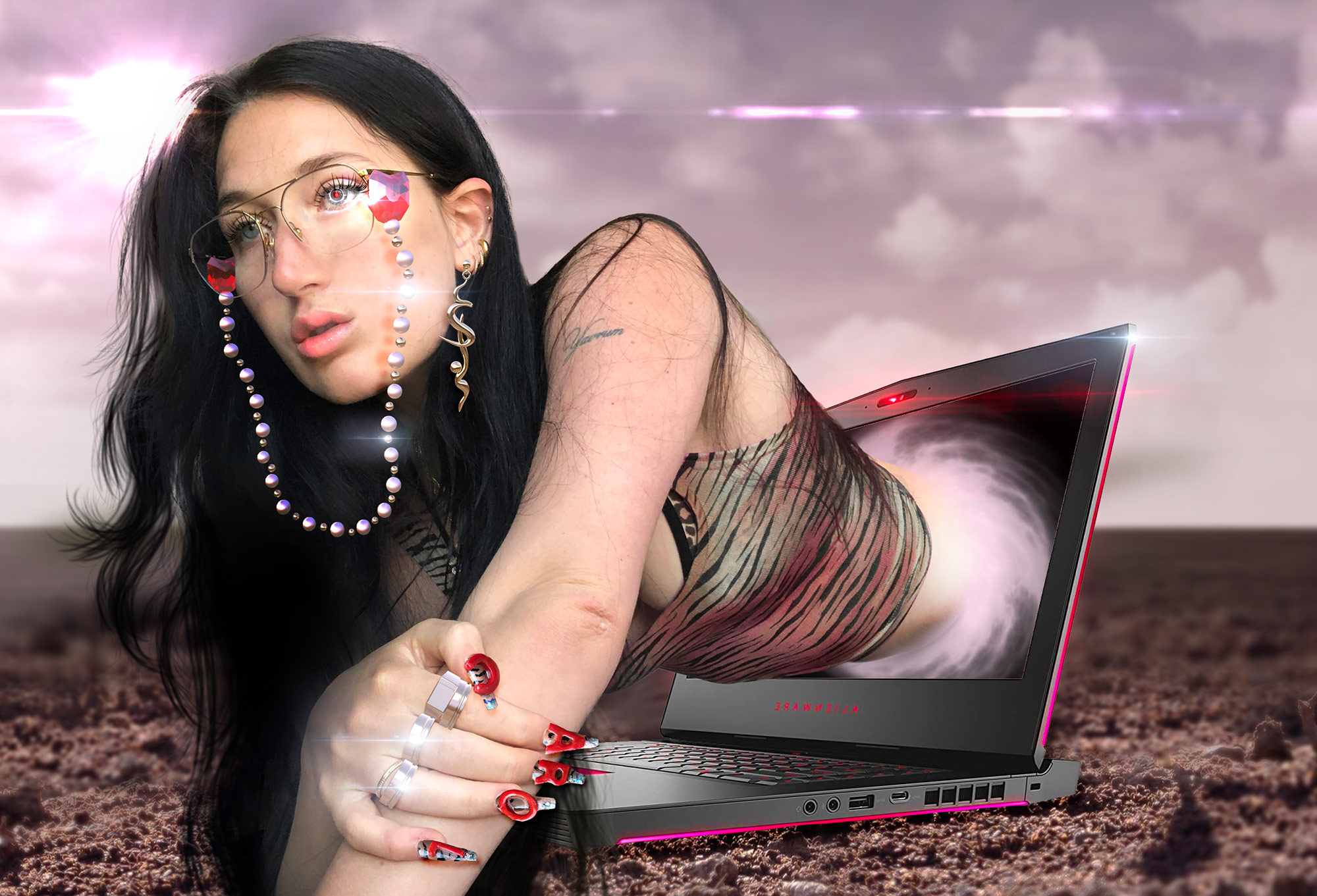 With an artistic proposal that stands in between Italy – her home country – and New York – the city that has encouraged her to question everything –, Carol Civre has found in 3D and CGI work a unique way of self-expression. The artist takes human references as a starting point to end up creating elves and fairies, transforming the human body to try to explore parts of ourselves that we may be not able to explore in our real, physical life because she knows exactly what she wants her creations to be: “I’m never trying to mirror reality (…) I see my work as an exaggeration of reality.”
For those who aren’t familiar with your fantasy world yet, who is Carol Civre aka @carolthekitty? What’s your background?
I’m primarily a 3D artist, but my background is in fine art.
You are currently based in New York but you grew up in Italy. In what ways do these two places and cultures inform your current practice?
My exposure to art in Italy was very different than in New York. It was churches, The Last Supper, baroque architecture. On the other hand, learning about art in NYC was all about questioning everything, putting an orange on the floor and calling it Art. I think my work stands in between.
The protagonists of your creations are fantastic characters ranging from elves to fairies, to alien-like creatures and everything in between (which are hard to classify). What are your references when creating them and your overall universe?
I guess it may not seem like it but my references are human beings. Elves, fairies, etc. are all derivatives of humans. Even before working in 3D, my work was always centred on the human body and the ways it can be exaggerated, morphed, and elevated. 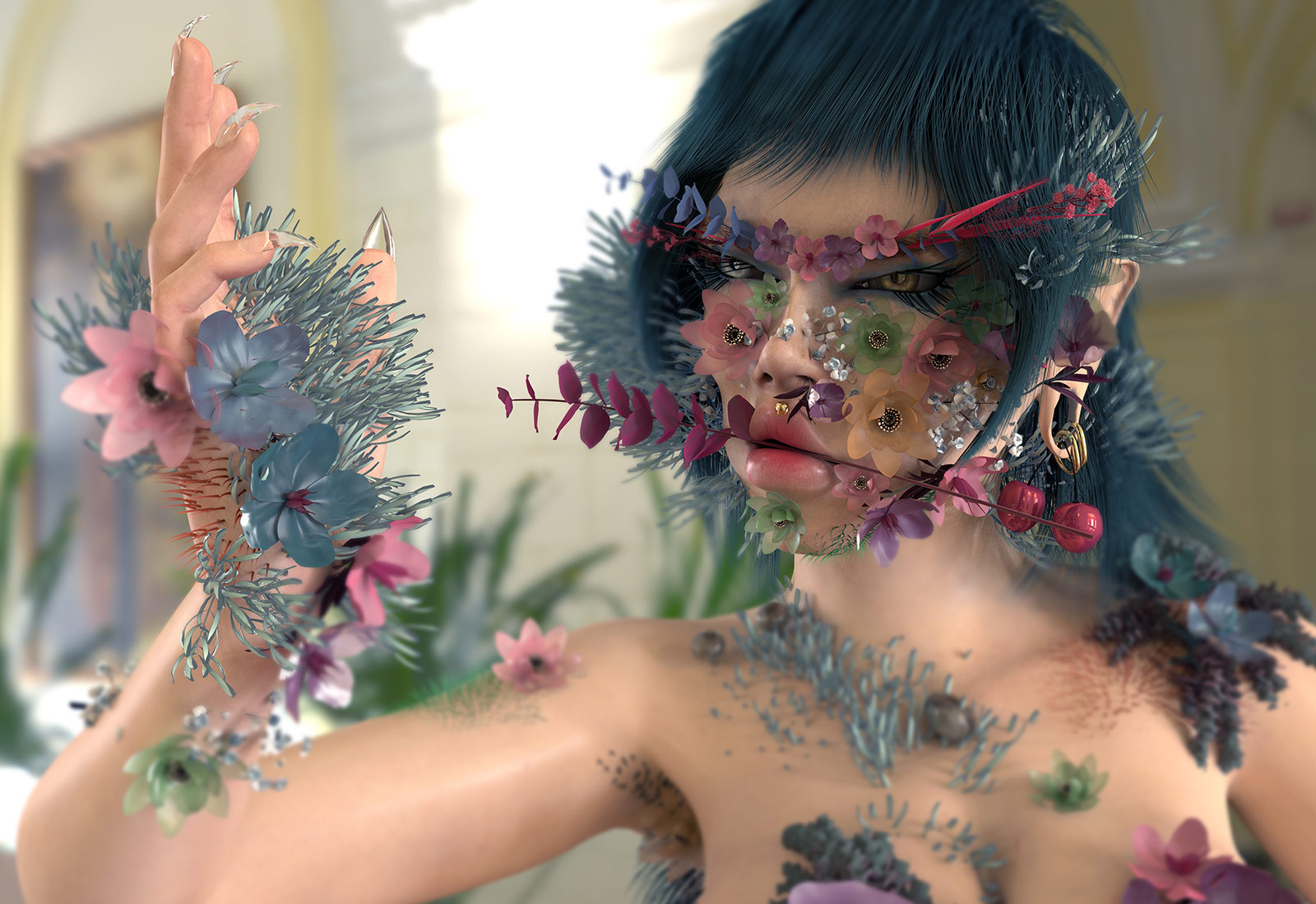 Let’s talk about your creative process. On a technical level, how do you shape these characters?
My character bases all come from an open source program called Daz, which provides human and humanoid character bases you can then build upon. It’s a Sims-maker on steroids, basically. Some artists build their characters from scratch, which I admire greatly – but it’s not for me. I’m more invested in customizing, adding details, texturing, and rendering. After creating a base in Daz, I usually move my characters over to Maya, which is a 3D software where I sculpt, pose, animate, texture, add things like hair and finer details and animate. Lately, I’ve been working on some longer animation projects, which has led me to using Unreal Engine, a program that is traditionally used for game development.
Would you say your work is a way to escape reality? Or is it to engage with it in a different way or on different levels?
Probably the latter. I’m never trying to mirror reality, but when it comes to simulating detail, I am always trying to improve the look of things like hair, skin, reflections. So, in that way, I actually value my characters looking as ‘real’ as possible. But overall, I see my work as an exaggeration of reality.
You have confessed that you love to play dressing up. Maybe your characters are somehow a mirror of how you’d like to be/look?
LOL maybe… I love dressing up because it lets you explore parts of yourself you may not in your real-life clothes. I can be a Victorian queen one day or a demon elf the next, and then I can also just wear sweatpants and I think those are all parts of my personality. Similarly with 3D characters, there’s a lot of room to experiment with identity, personality, and detail. 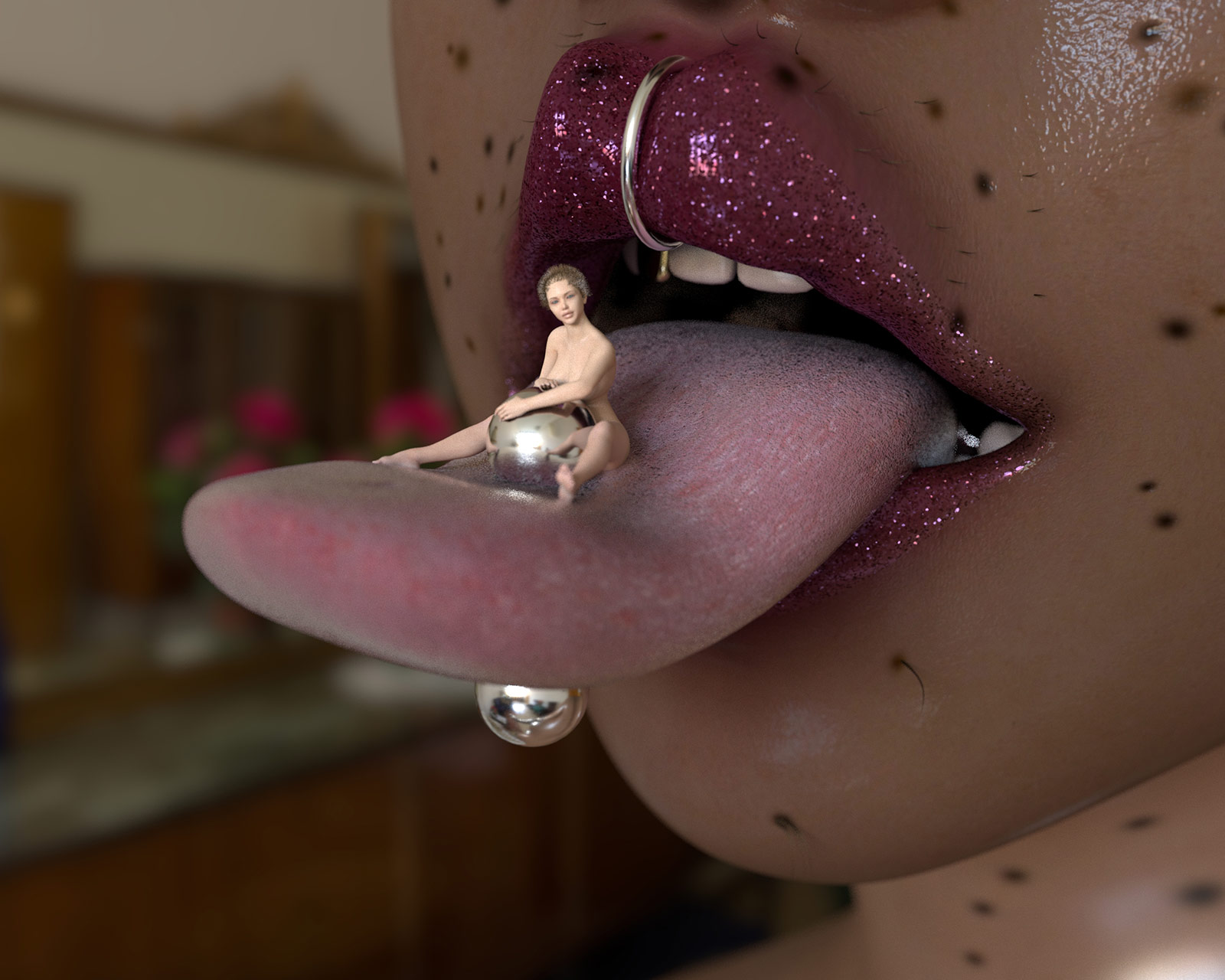 You usually present bodies and faces far from the established beauty canons. Do you think art is a good way to question what is socially considered right or wrong, beautiful or ugly, desirable or criticisable? In your case, what’s behind the intention to run away from the normative standards?
While I was growing up, I never really saw a whole lot of ‘out-of-the-box’ visuals used in the media. I think we’re lucky to live in a time that feels like a slow turning point for this. More and more, I’m seeing big brands collaborating with artists that would not have been considered ‘commercially viable’ or hiring models that don’t fit traditional beauty standards. I think traditional beauty standards are kind of passé, but this creates a whole new canon of standards.
The nature of my work and of a lot of visuals used in the media generally portray very performative and exaggerated types of bodies. While this makes the work compelling, it should be distinguished from real life. Unfortunately, beauty standards will always exist and it is important to question them, but it is also important to promote normalcy within every type of body, not just exaggerated forms.
Fashion is also very present in your work – we see the staple Telfar bag, for example. How do you relate to fashion and the fashion industry as a person and as a professional?
Before I started working in 3D, I had a little bit of creative ADHD. I’m glad to have found a niche I really enjoy, but I often crave other creative outlets. This is why I love working with other artists that use different mediums from my own. Fashion happens to be a big field of interest, but I’ve also worked with exhibition designers, musicians, fine artists, etc.
You studied Fine Arts, where you learned the fundamentals of art history. How did these lessons impact your current creations?
I don’t know that this affects my work directly as much as it affects the way I think of my work in the context of the creative world at large. Even though it is growing super fast, 3D is a pretty new medium when it comes to the creative world, so I definitely look to art history at how other technologies have been integrated into the art world as a blueprint. 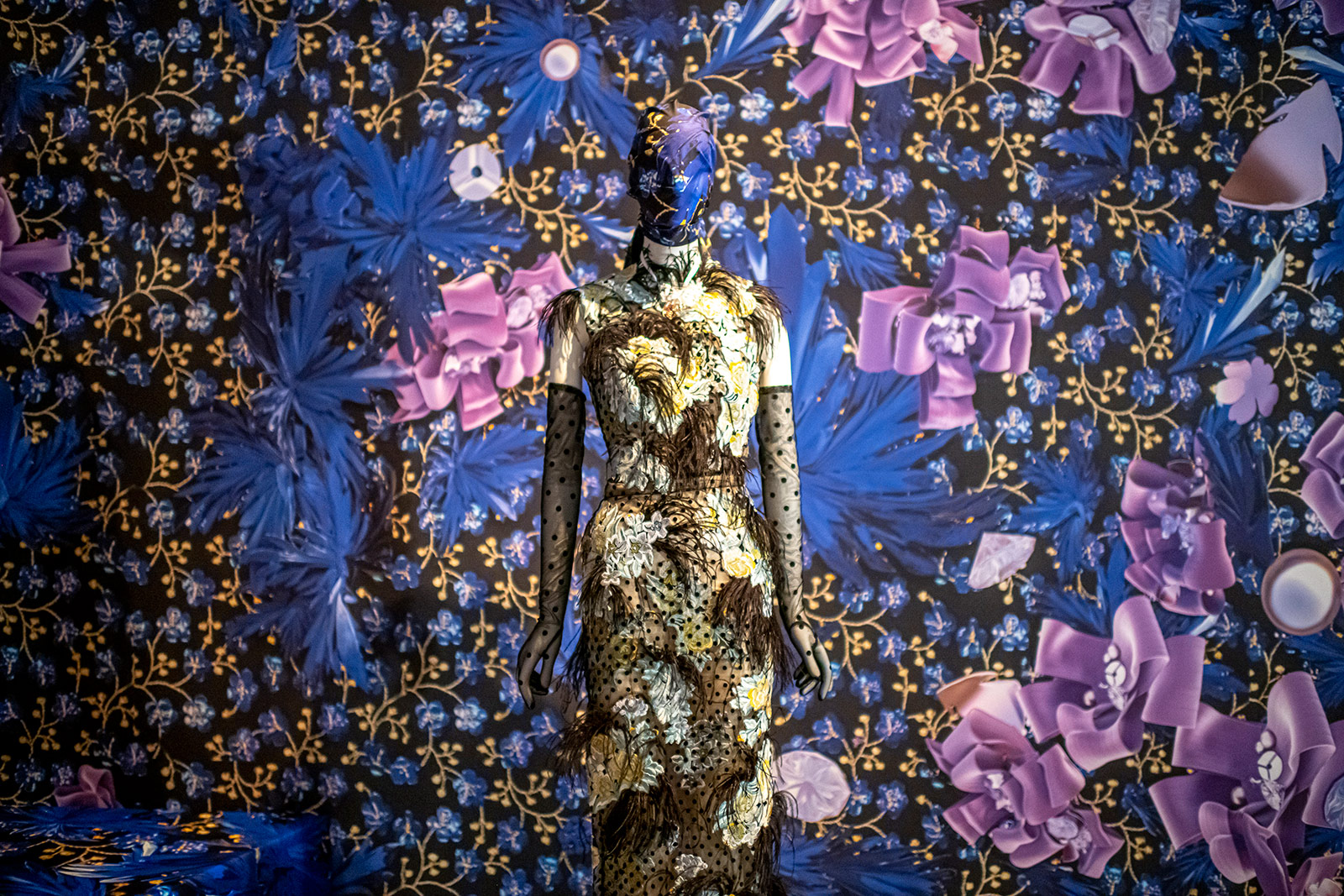 In your last year of university, you took some classes in digital media. But since you got out of school, you have been trying to improve, for example, watching Youtube videos and tutorials. Do you think that, nowadays, through the Internet, everyone has the tools to become a digital creator? What are the pros and cons of being self-taught?
I do think you can learn everything you need to know on the Internet if you have that kind of focus and self-discipline. Being self-taught feels really rewarding on one side, but I have periods where I compare myself to others in my field and feel like I have a lot left to learn. The world of 3D is really infinite and I feel like there’s always more knowledge to be had. I think about going back to school a lot to focus on a really technical type of learning as opposed to the more free-form, creative/conceptual education I experienced in art school. But for now, I try teaching myself new things with every project I work on.
Of all the pieces you’ve done so far, is there any you’re particularly proud of? In your opinion, what is essential in your creations to feel that they are good enough?
I particularly like projects that bring my work to life outside the screen. I’ve done a few projects with Dutch brand/creative studio Maison the Faux and they are incredible at creating physical spaces. I’ve been really amazed at some of the installations that they’ve created using my graphics.
For creative people, especially artists, it’s usually more difficult to live off their practice, and many need a part-time job to make ends meet. Is living from art as challenging as it seems? How’s your case?
(Laughs) I would say yes. One thing I can say is that working incessantly has paid off in some ways. However, more times than not I don’t feel rightfully compensated based on the amount of work I’m doing. You think that when you start working with bigger clients there’s going to be more money involved, but that’s not necessarily the case. A lot of companies allot the least possible budget for artists and sometimes will try to pay in trade or simply find someone who will do it for ‘exposure’ which… is not a currency?
I’ve definitely taken my fair share of unpaid work in the past because I’ve felt I had to ‘build up my brand’ in order to ask for payment, but you quickly realize that’s just the creative industry’s way to manipulate artists into feeling like interest in their work should be compensation enough. I think it’s super important to stand up for yourself and voice what you need as an artist, and even turn opportunities down that may seem amazing on the surface if you don’t feel right about them.
I still work a part-time job, which I’m lucky to have and I learn a lot from. I also feel lucky to still be receiving commissions lately, but find myself working on my own projects way past reasonable hours while still not quite seeing the return I’d like. It’s a work in progress. Hopefully one day soon, I won’t have to be my own boss, employee, secretary, accountant, intern, and social media manager. 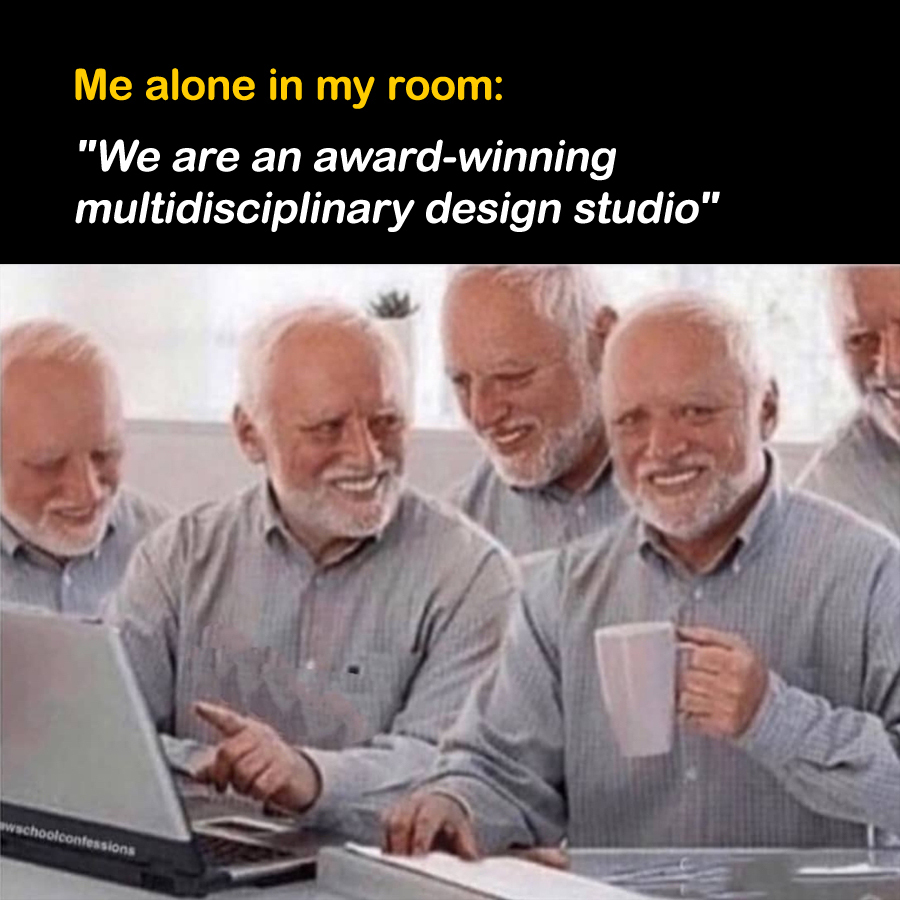 3D art and CGI artworks are growing unstoppably as new technologies evolve. Could you recommend us other digital-based artists that you particularly like or follow?
Yes! So many talented ones, but here are some of the ones whose style I feel more attuned with. I guess I’m going to give their Instagram handles, the new age business card! (Some of these are strictly 3D artists and some use it as part of their practice): @friederikheyman, @rubyrubygloom, @pastelae, @samylacrapule, @neptuneprince, @cavecanems, @claudiamate, @jonrafman, @sarahnicolefrancois, @kaanulgener, @balfua, and @saftkeur.
The world has changed drastically these past months. How do you see your future in this global situation? Is working digitally something that may work on your favour?
Yeah, I feel beyond fortunate to do what I do as it obviously requires little to no human interaction in both creating and presenting work. In some ways, I hope I’m wrong but I think that a lot of business that was previously done in person may just remain digital because people may realize it is more cost-efficient and that remote work may therefore become more of a norm in industries that previously did not favour it. It could also go the complete opposite way, where a world deprived of human interaction decides to do everything possible to come together once it’s possible. Who knows! For now though, the way I work is not much different than usual: just me, my screens and my deteriorating eyesight. 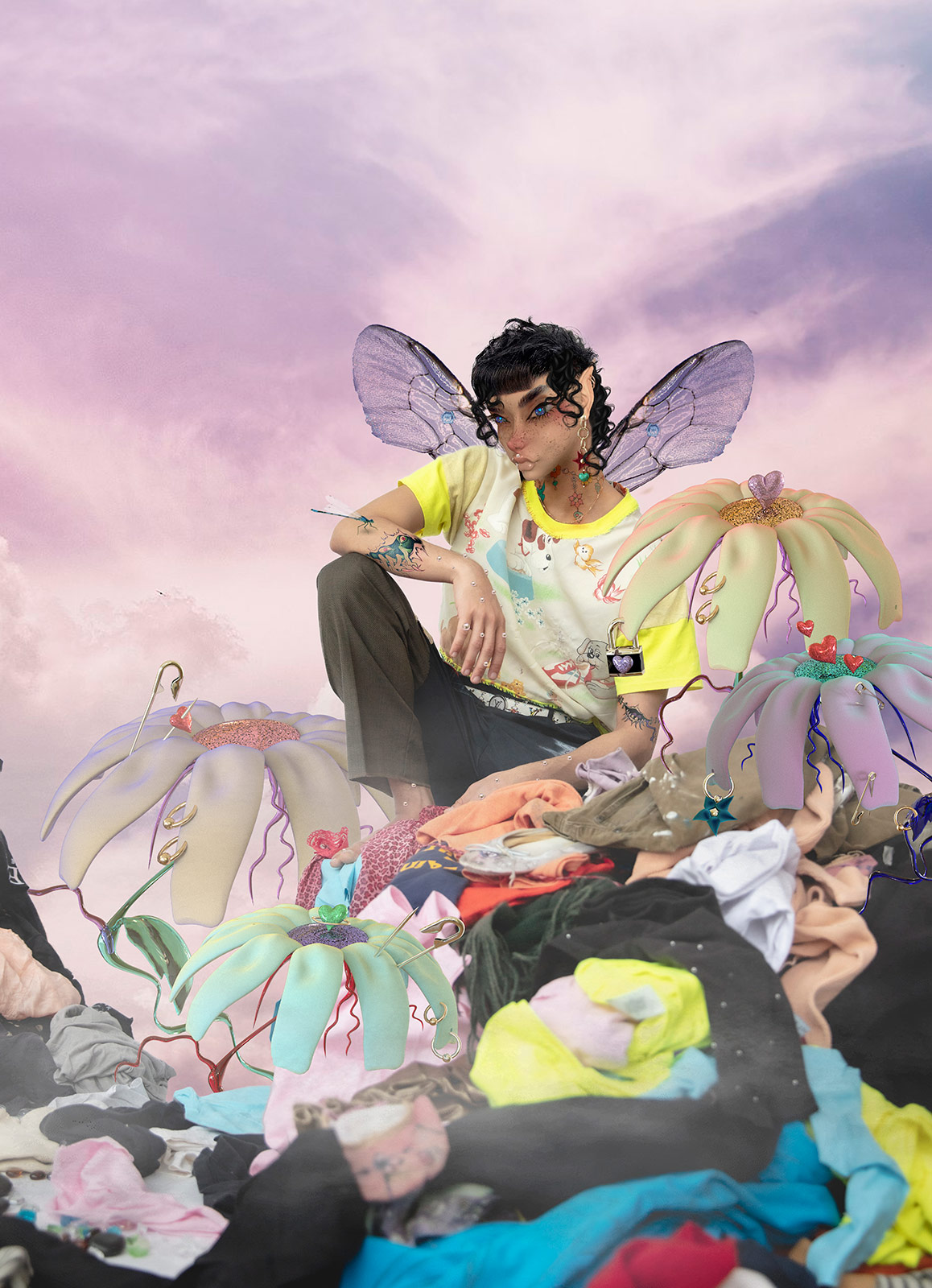 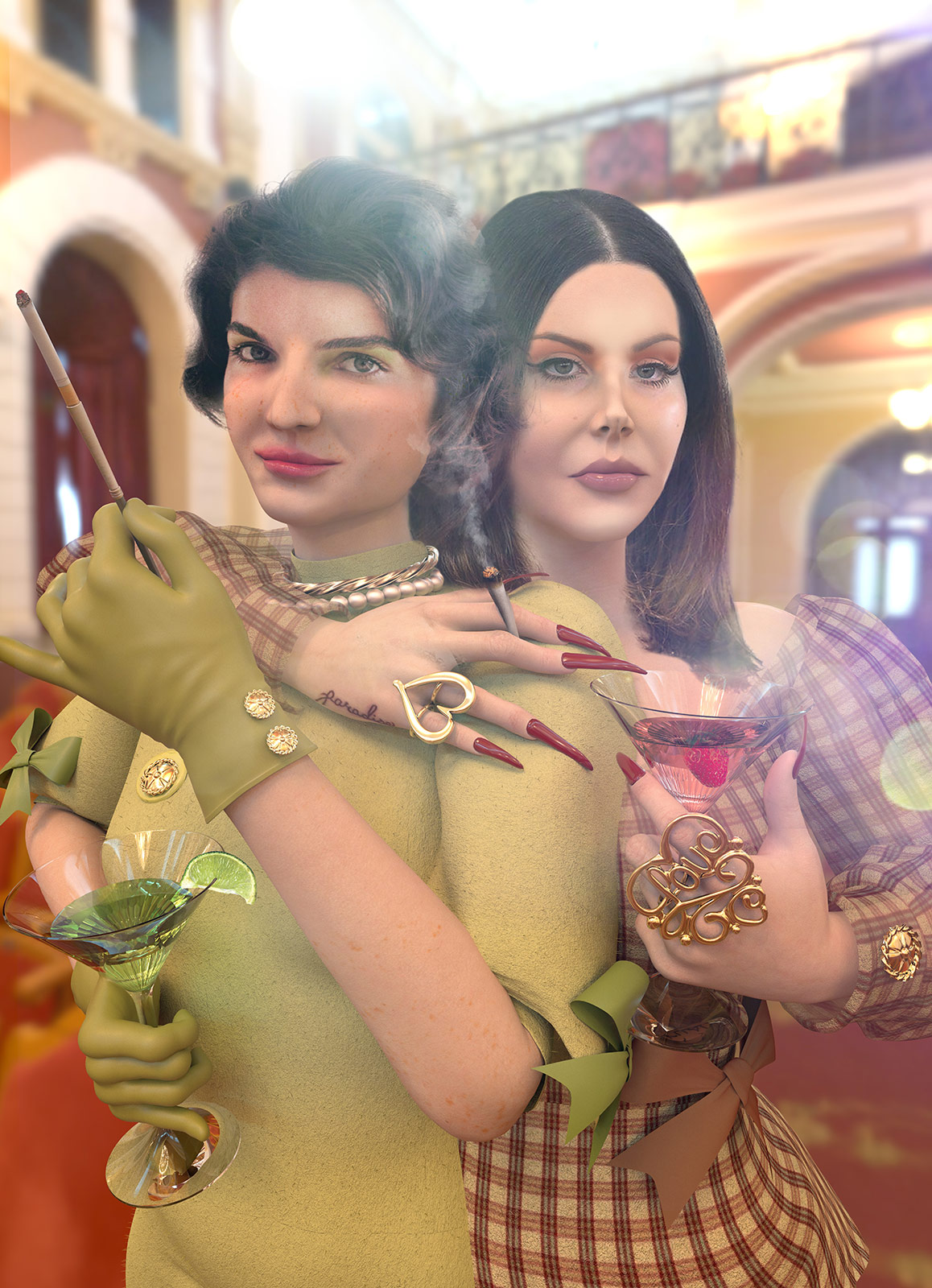 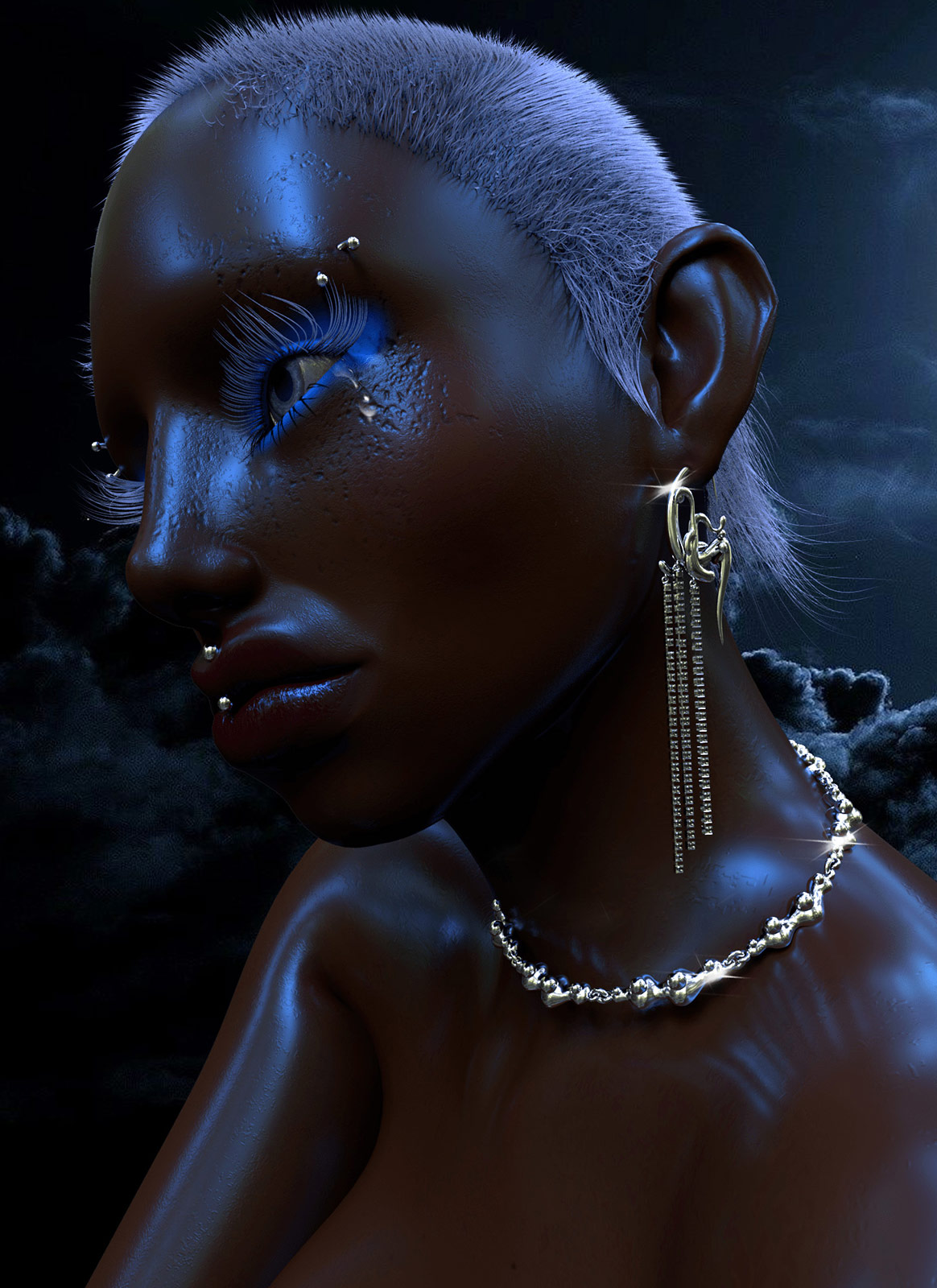 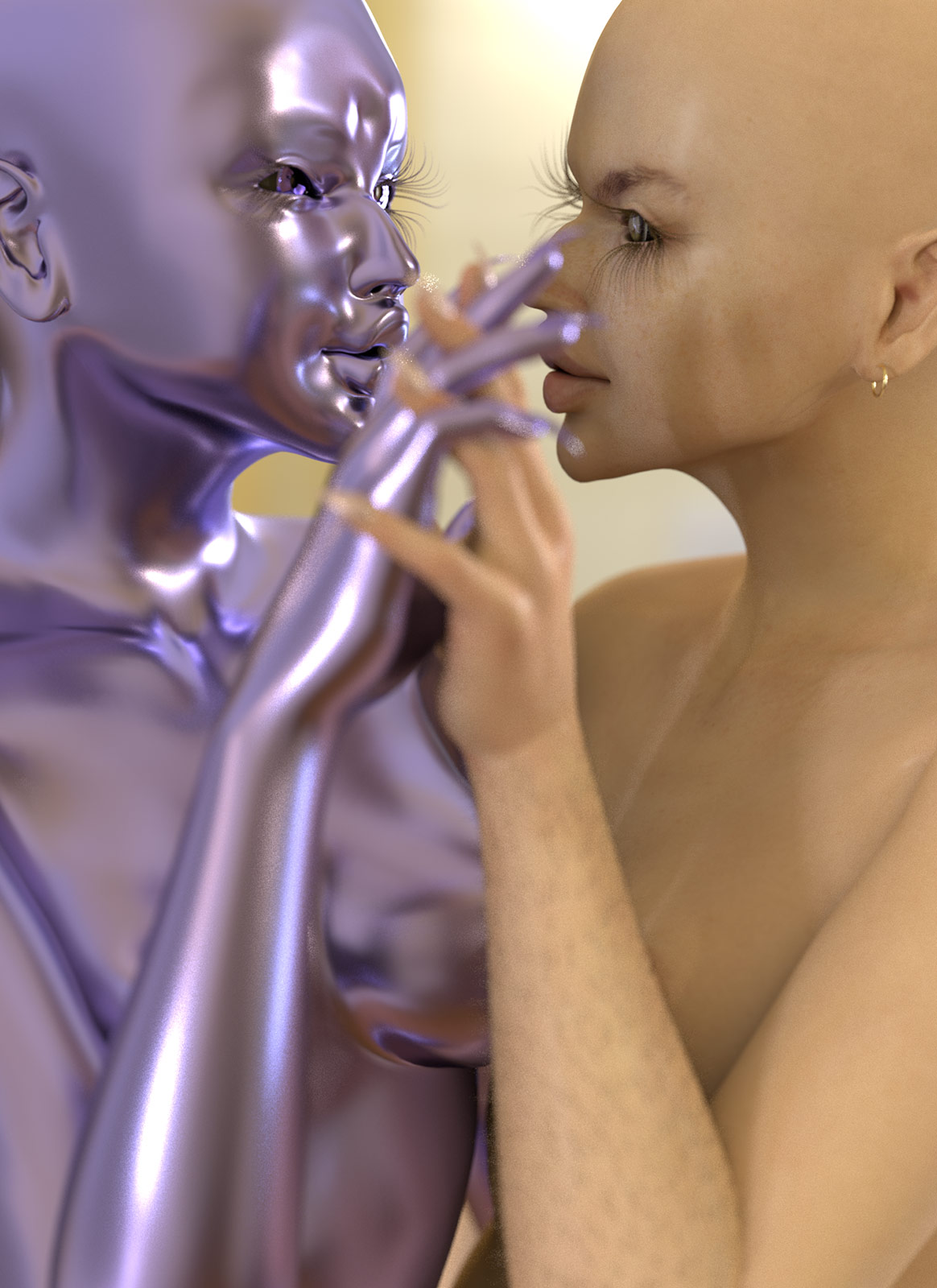 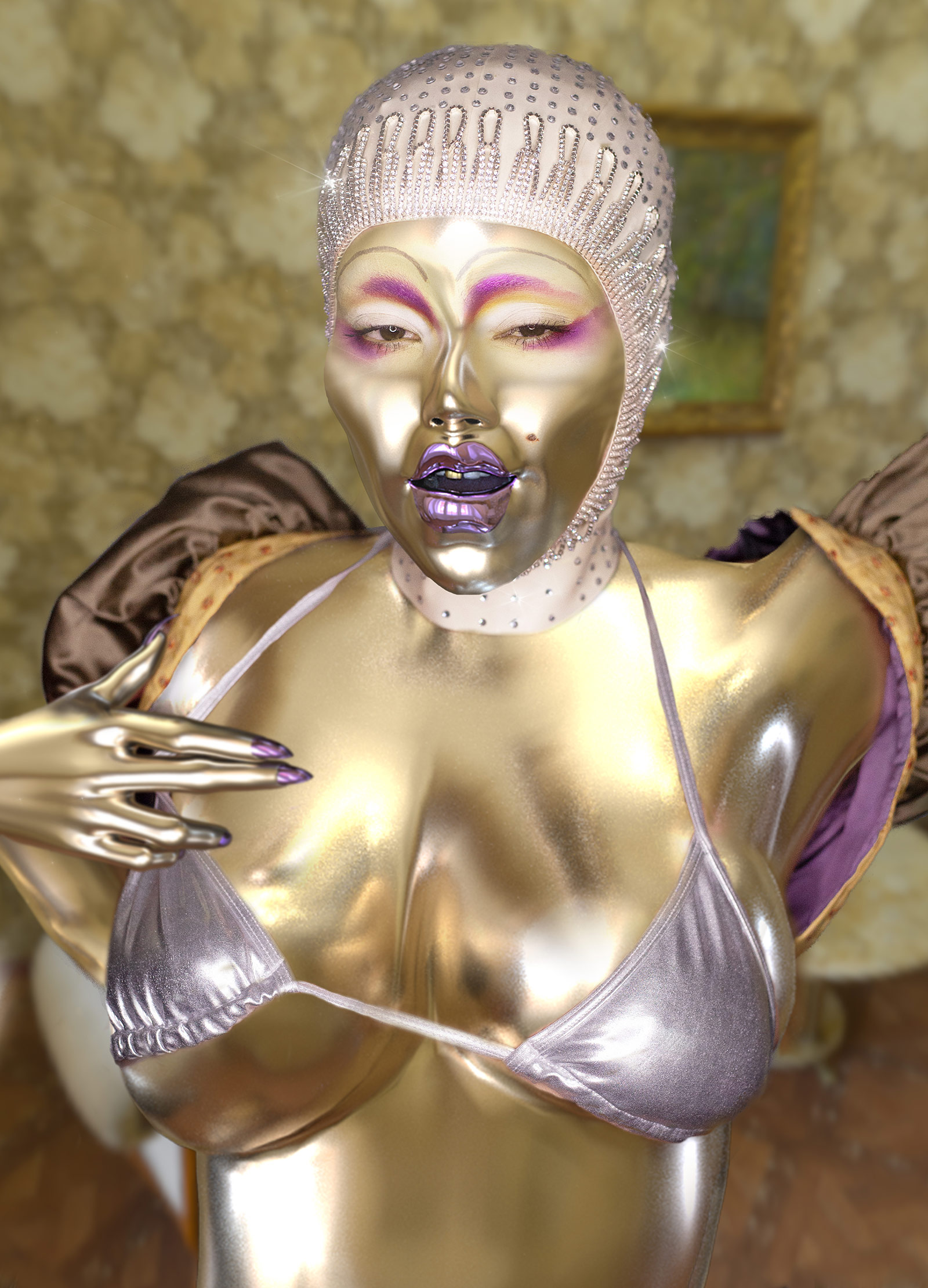 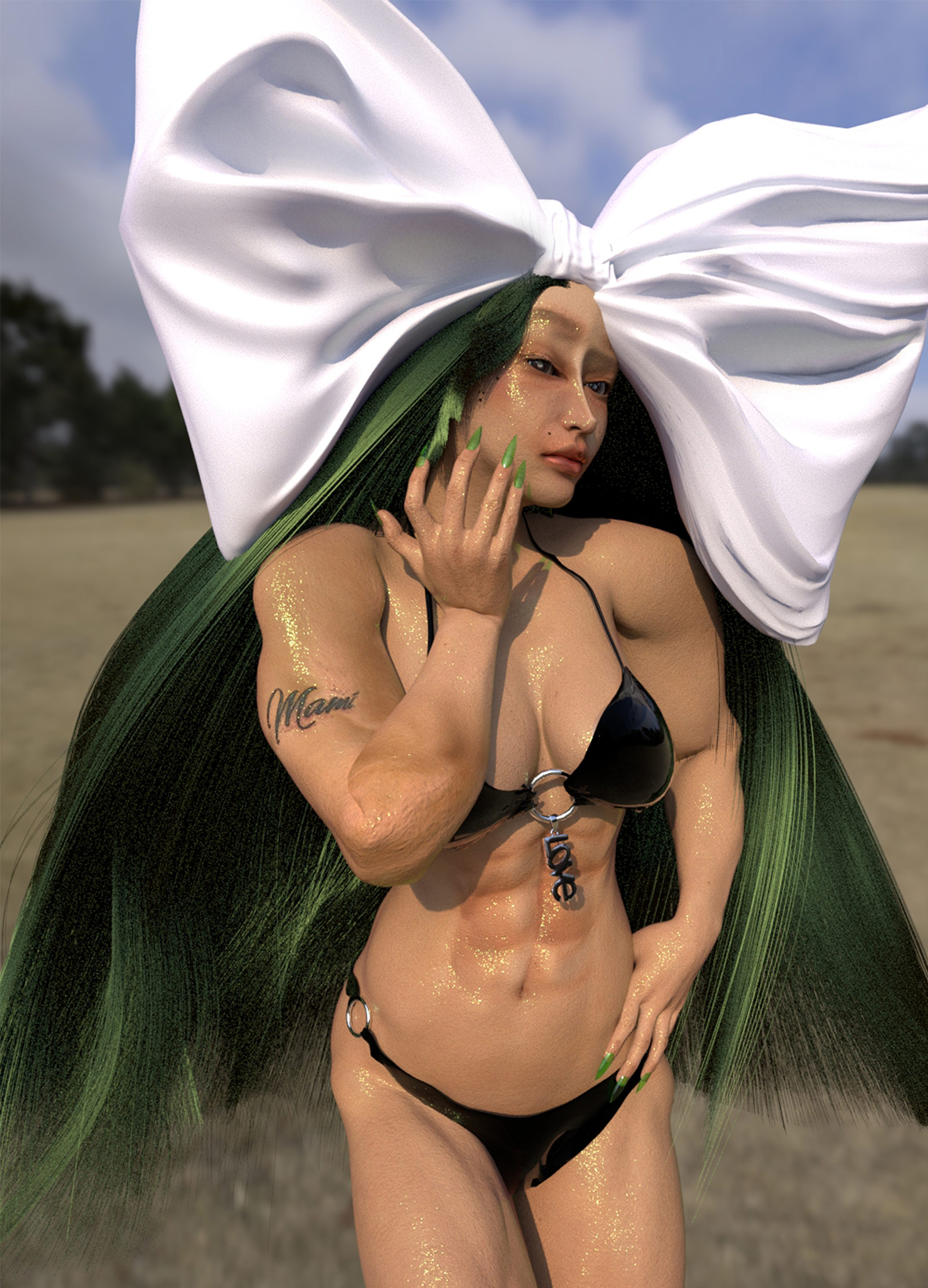 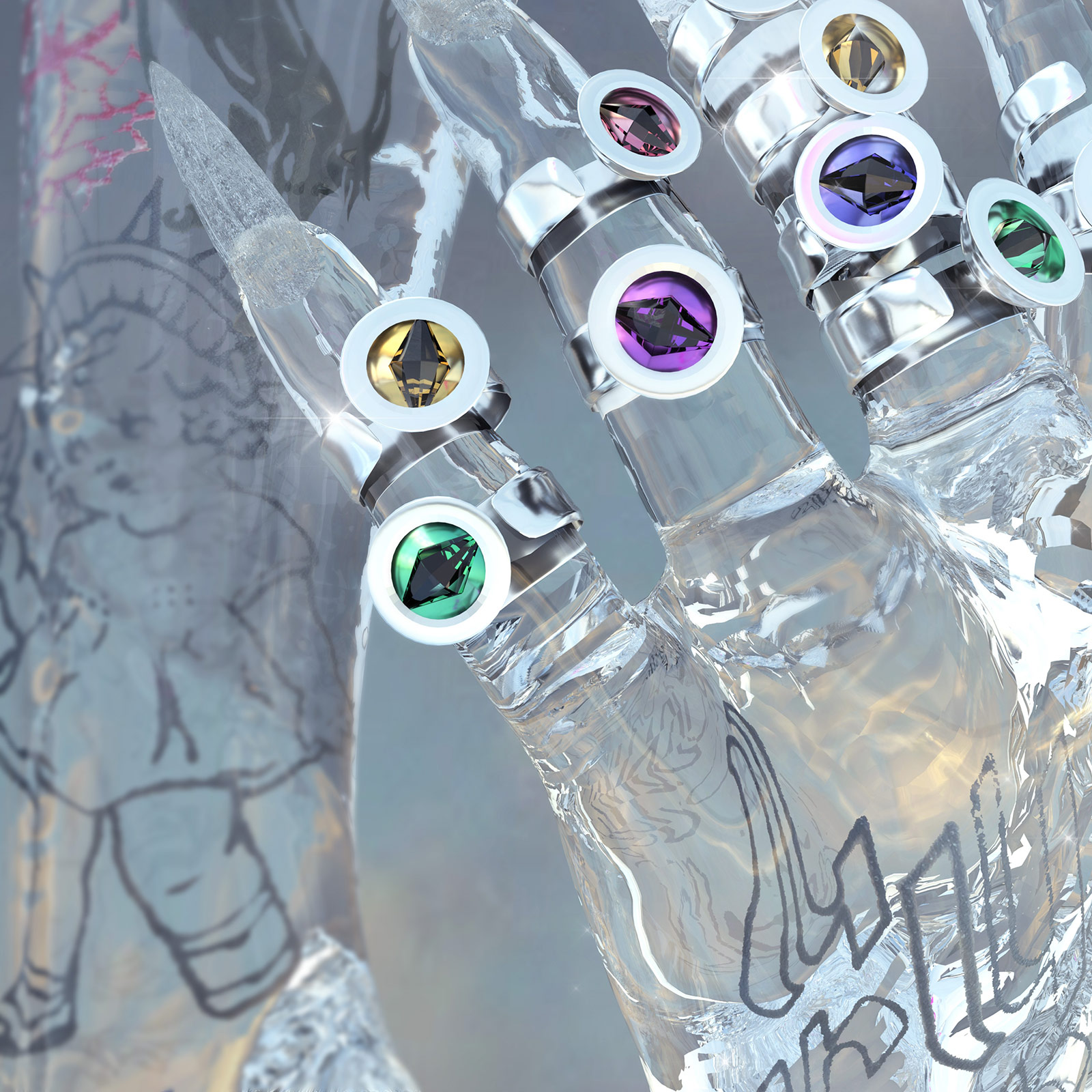 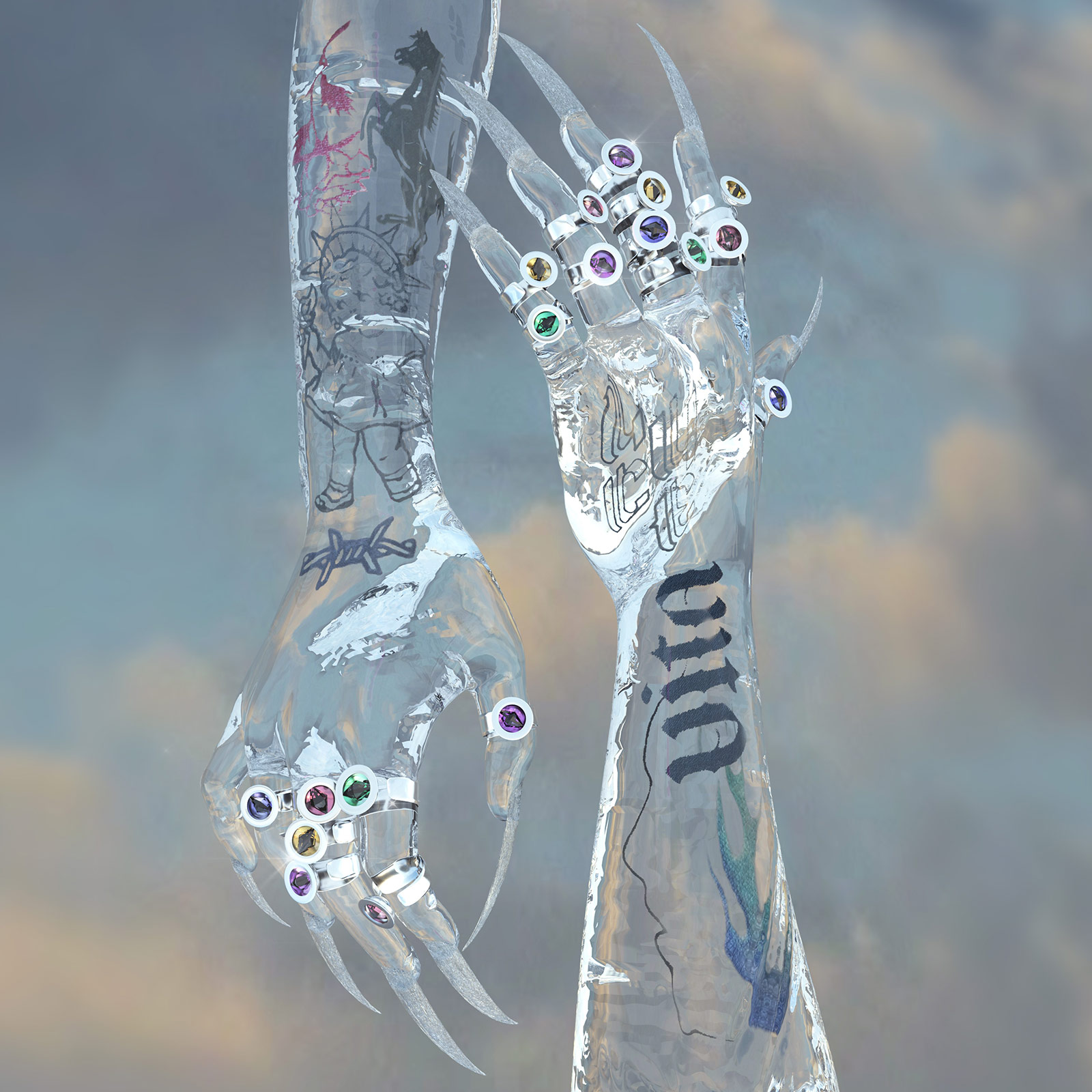 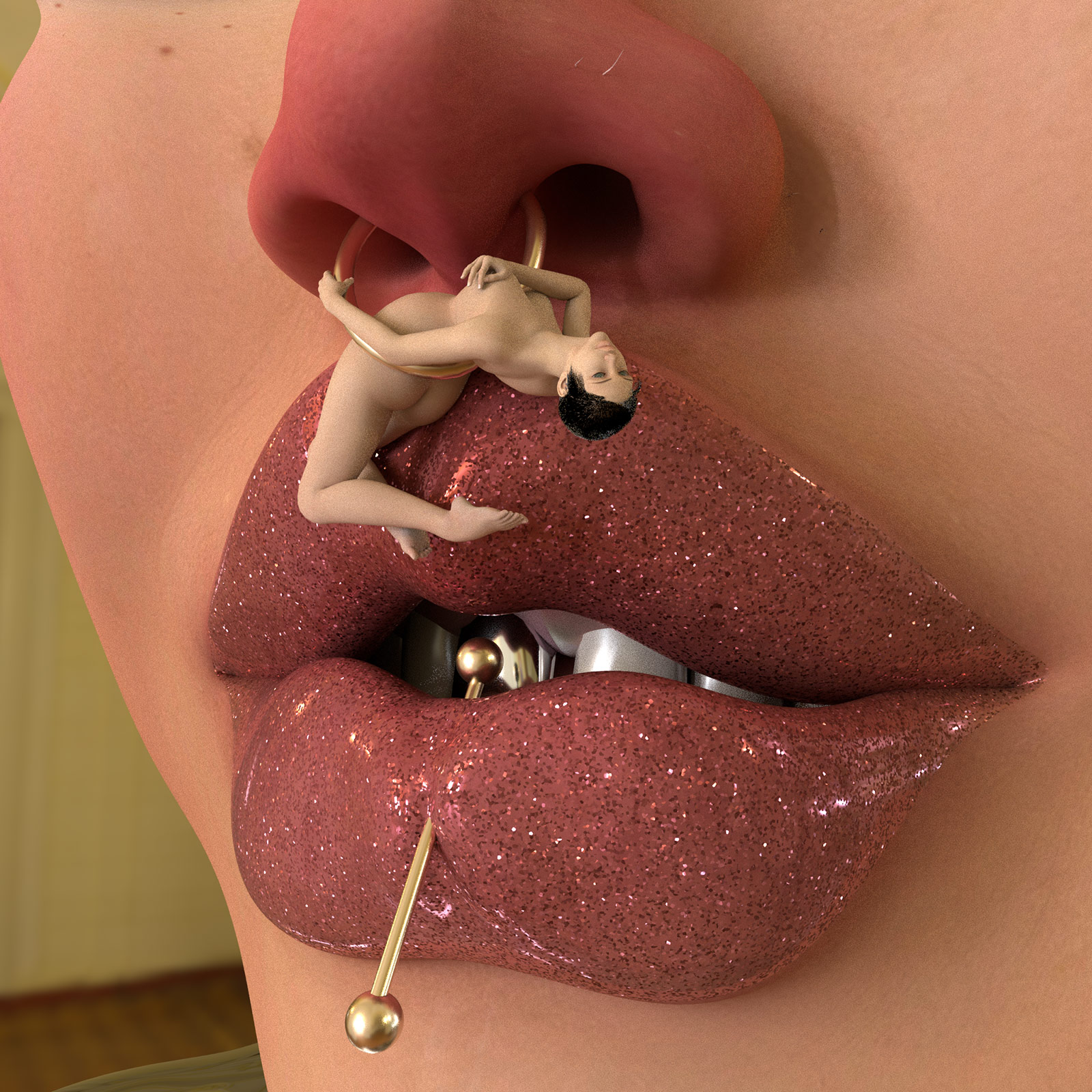 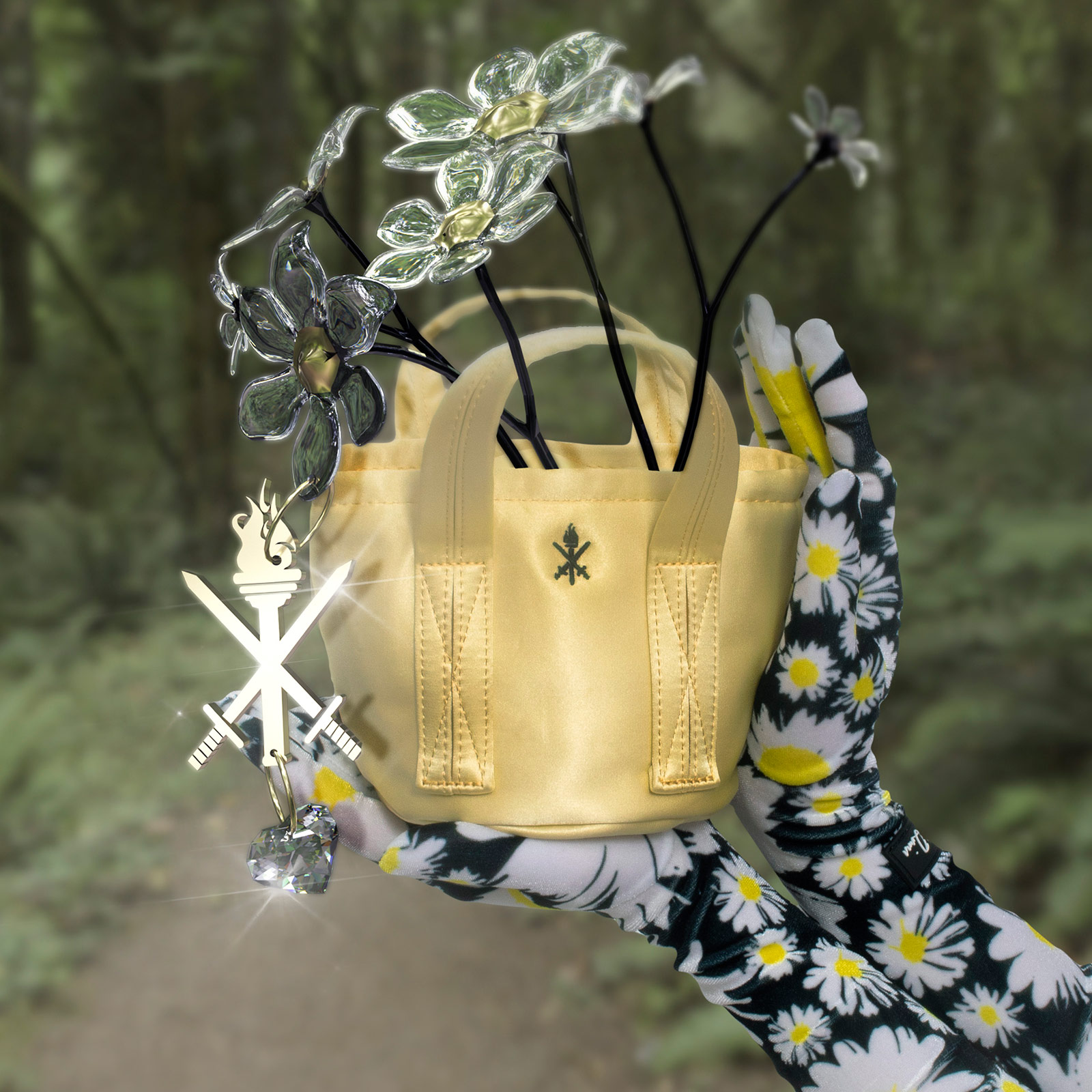 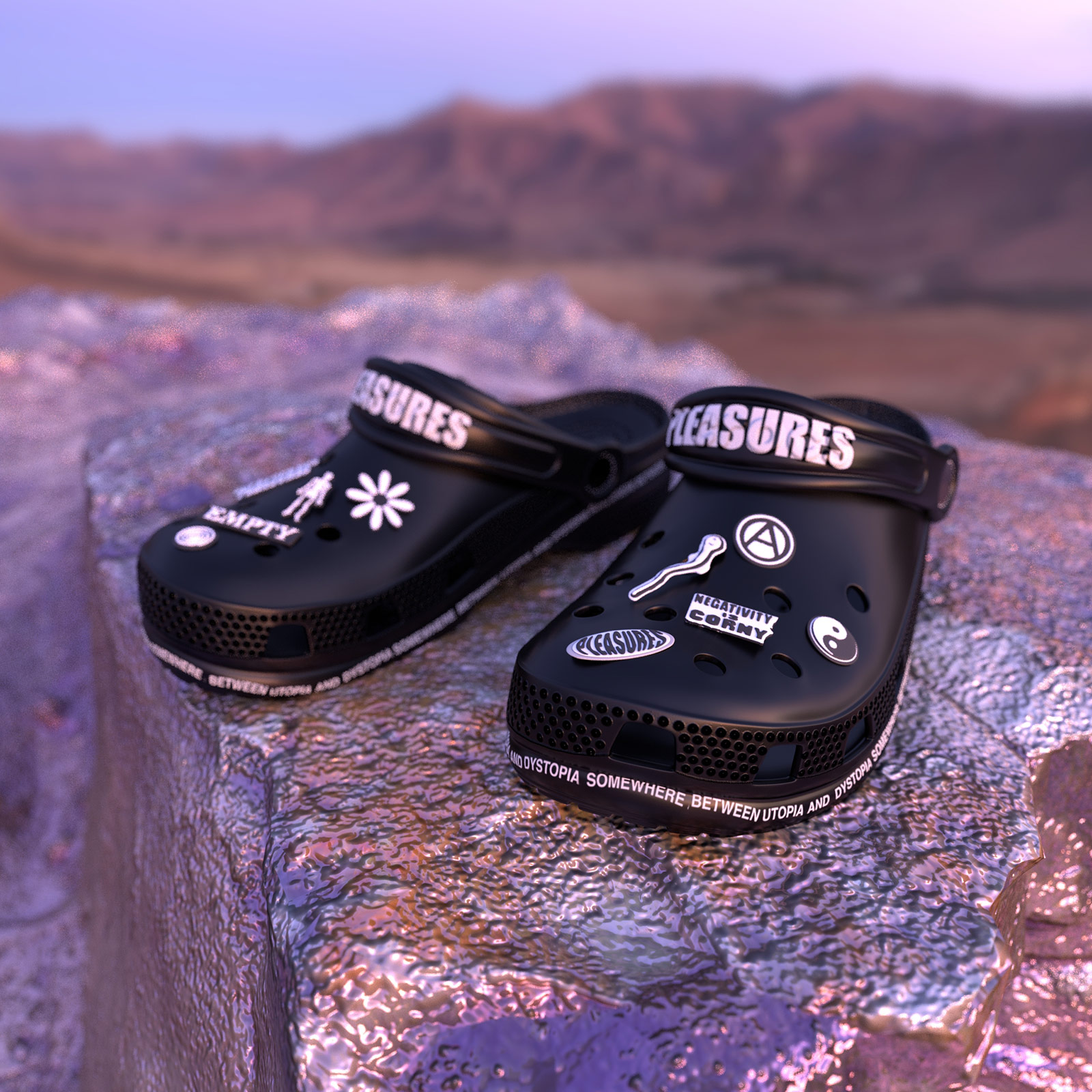 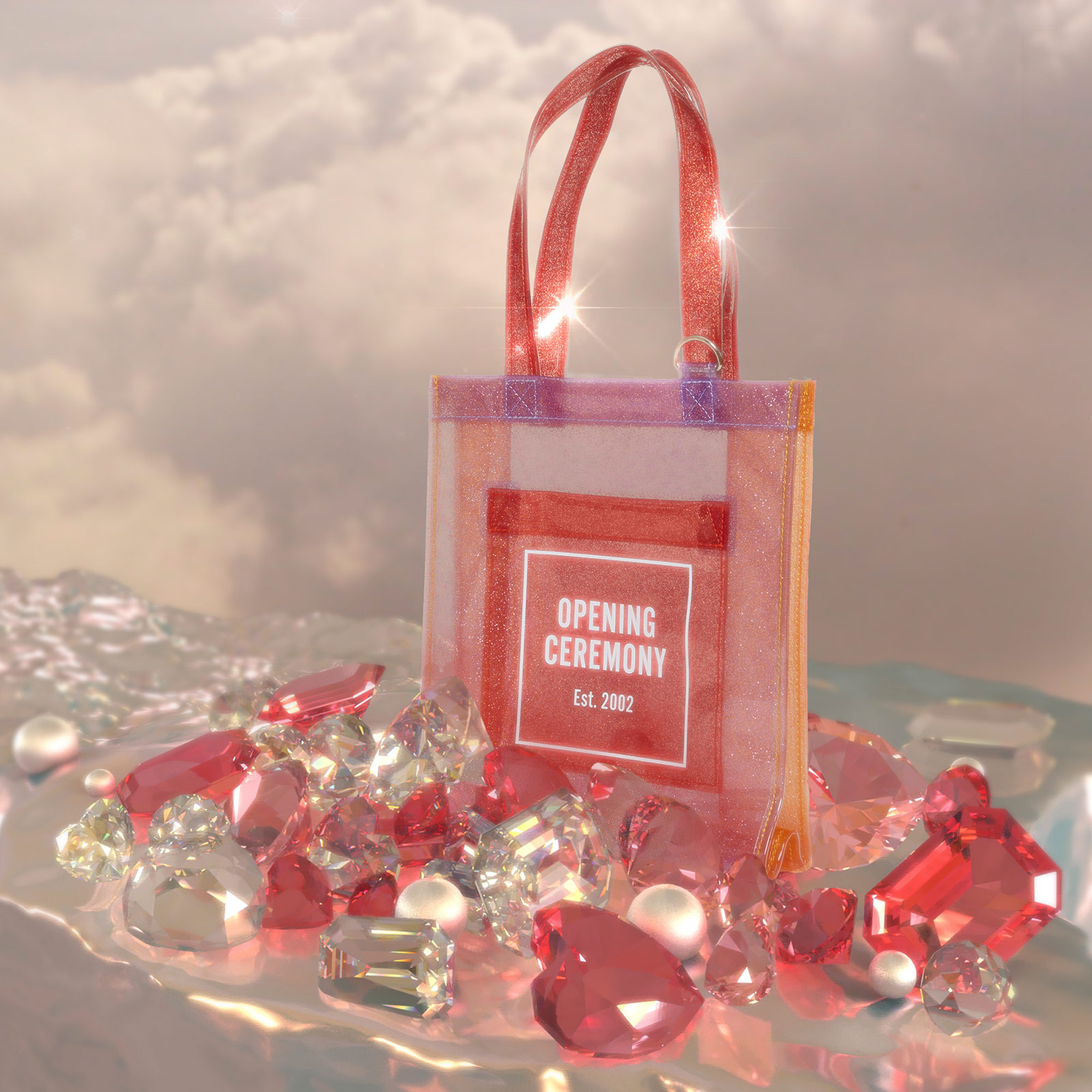