The Line Between Facts And Illusions 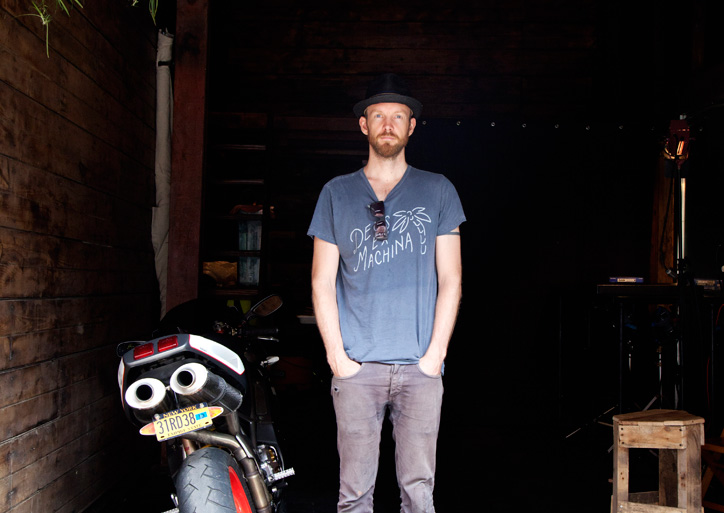 Aura photography was accidentally discovered by Russian scientist Semyon Kirlian in 1937. He was the first who noticed this unusual, mysterious energy which was surrounding the object of his photos. Nowadays Brooklyn-based New Zealand photographer Carlo Van de Roer explores the idea that a camera can reveal otherwise hidden facets of a subject’s character, and their relationship with the photographer and the viewer. His work has drawn notice by The New York Times, Interview Magazine, Vogue Italia, Wired Magazine and NPR. Using a Polaroid aura camera developed in the 1970s, Carlo photographs friends and personalities of public note, including artists Miranda July, Aurel Schmidt and Terence Koh.

We had a chance to visit Carlo's studio in Williamsburg (New York) and personally ask the photographer about the phenomenon of aura photography and his recently published book, called The Portrait Machine Project. In this Book, he "prompts us to question what we expect from a portrait, particularly when it’s of someone we think we know".

Thank You, Carlo, for inviting us to your studio and finding time for this interview. First of all can you tell, how did this idea of aura portraits come out? Have you always been interested in spiritual things?

Well, I've always been interested in the way, how the photography is used to reveal the things that you could see only through the camera. I was fascinated by the idea of a line between facts and illusions. Before this project, I did a lot of researching about 19th century spiritual photography and little by little I started developing my own interest in that.

When did you realize your interest in making portraits?

When I moved from New Zealand, where I was doing landscape photography to New York, I started doing portraits of people just for myself. I became quite interested in the idea of what people were expecting from the portraits. That felt so new to me. It was both scary and exciting because when you are shooting someone, he has his own expectations of how does he want his portrait to look. I was quite interested in the whole idea of relationships between camera, photographer and a subject of the shooting.

How did you find out about this aura camera, you are using? Can you explain how does it work?

I was obsessed with the idea of a camera, as a machine, which could provide an inside look of the character you are shooting and show something unseen before. I started finding more about that camera and the process itself. I found out it was made by Dr Guy Coggins who was interested in the idea of what was inside people. The camera that I'm using gives the possibility to read some sort of electrical feedback from a person. It depicts the information as color in the Polaroid and as a printed description and diagram.

When do you consider was the beginning of your way in aura photography?

I started with a studio in SoHo in 2008 right before the financial crisis. I was lucky to get that studio, where I could invite friends and people I want to shoot. A major part of the portraits were made right after the financial crisis, when people got more free time. I was almost shooting every day. When I went back to New Zealand, I was photographing my family there and talking with them about what expectations people have from the camera. Then I decided to make a theme, including the people that might be familiar to a wider audience.

I know that you have shot a lot of famous people. Did you notice something quite different in their auras?

There were one or two people, whose portraits were different each time I photographed them. Every single photo I took of Terence Koh was absolutely different.

Is it possible to change your aura?

Well, that was the most interesting part of the project. The subject connects to the camera by the hand plates, which read your magnetic feedback and send it back to the camera. Then it converts the information about the subject and his personality and prints out the description and the diagram. The camera has just one button. You can't focus or frame; there is nothing you can do, but what was cool about that, it took me out of my safety zone. Usually photographers hide behind the camera and use all the tools to create a portrait. I didn't have any of these tools, so it forced me into this kind of theatrical performance with the subjects.

Did you take aura portraits of yourself? Did you notice some changes?

Yes, I've been doing that every day for a year. They are exactly the same, but it's not the same for everybody.

I know that you recently published a book, called " The Portrait Machine Project". What was the main idea for that project?

The complication of showing my work to people was the size of print outs. The camera makes it 4 x 5 little polaroids, which is a nice size, but you couldn't see all the details of the portrait. So, the idea for this book was a way like to give an equal size to the portraits and make the whole thing feels like an object and, I guess, to tie all my work together.

If You want to purchase the book The Portrait Machine Project or to find more information about Carlo's work, please, visit his website. 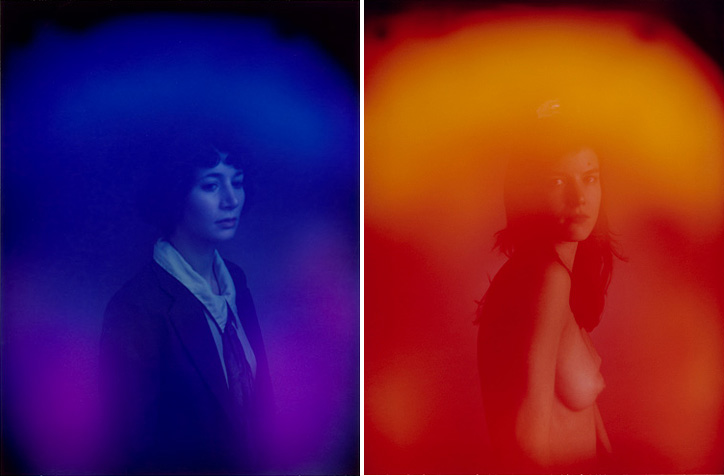 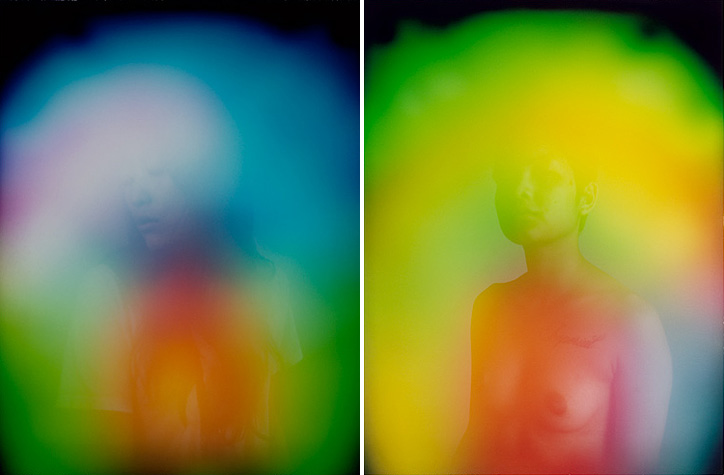 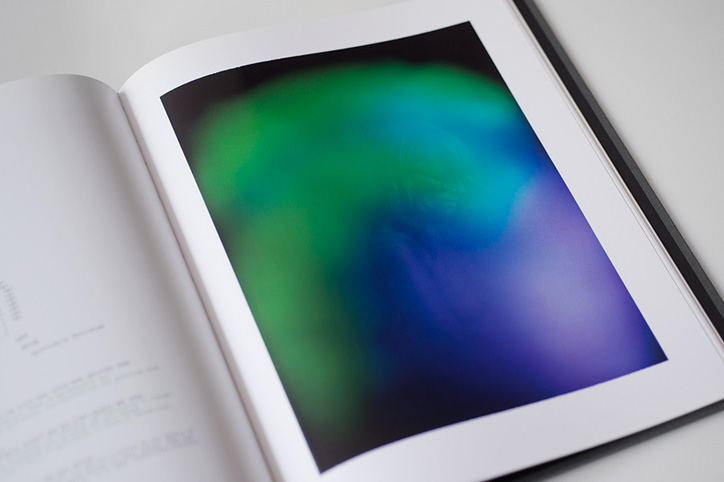 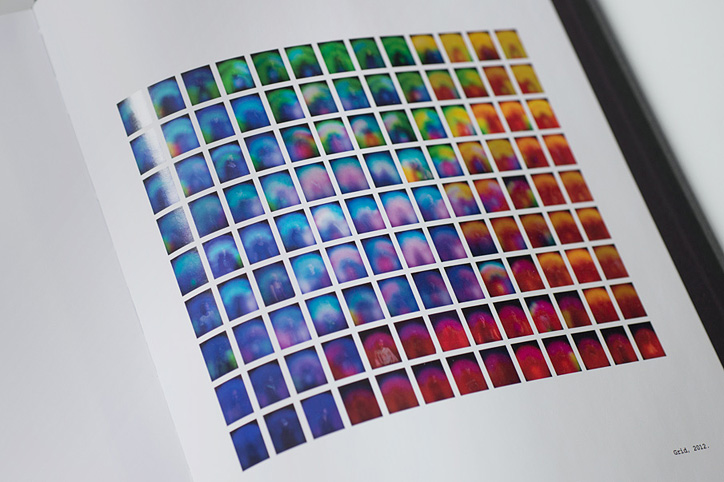 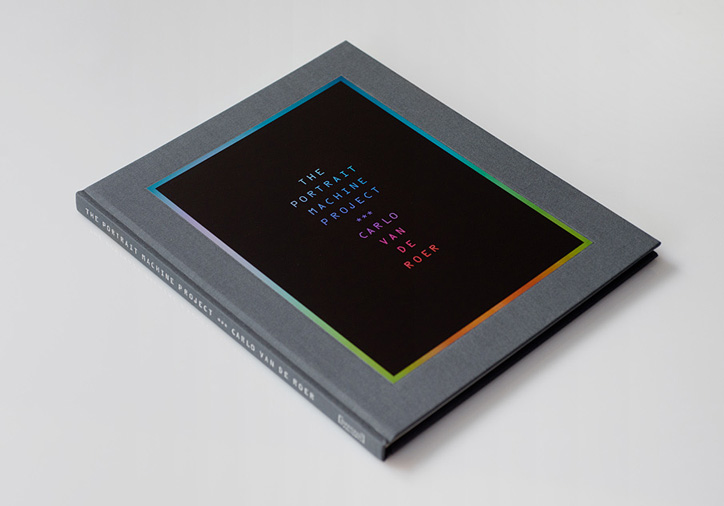