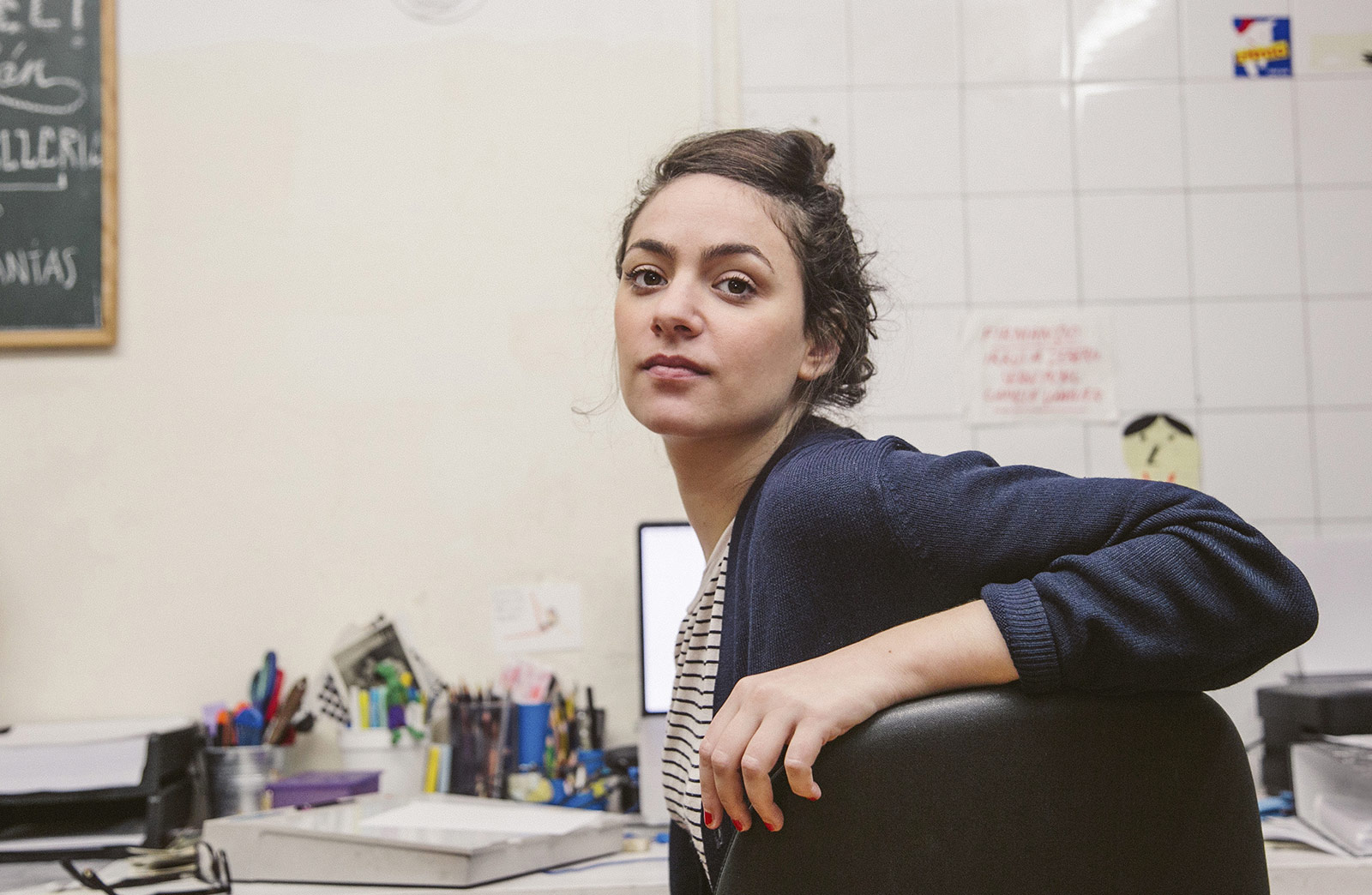 Camille Vannier is a young mindful illustrator, who –among other things– happens to adore gossip and wales. Holding an American coffee in her hands, she talks with almost an unknown easiness that gathers the French humor with the Spanish joy. Quick-thinker, always with a sharp thought coming out of her mouth, she discovered that her daily life and herself are the only inspirations needed to work with fervor. After talking about jokes, undesirable lingerie and the perks of living in a shared flat, she says laughing: “this is worse than going to a psychologist.” Is it? Check it for yourself.

Let’s start from the beginning. What made you to be right where you are now?

I arrived in Barcelona in 2004 because I came to study at Escola Massana, but I was only accepted in Textile Design. After three years, I graduated and I understood that it wasn’t what I expected it to be and felt a bit disappointed, until one professor told me that I would probably better like illustration. And as I didn’t want to go back to France, I tried my luck and applied in an Illustration degree.

And now, do you feel Barcelona is your home, more than France? You have been living here for more than ten years!

There is a strange feeling when you are from abroad; you feel that you are more from your own country. I mean that being from France and living here makes you feel more French. But when I’m in France, it is the opposite effect: everything is wrong! You are never at home really. You live in a city for so long that when you come back you don’t feel that you belong there anymore… You don’t know where things are and you get lost all the time.

So what do you call home nowadays?

I don’t even think about it. I don’t know if I am at home here. France is not my home, but at the same time, it will always be. I think my home is just where I live. 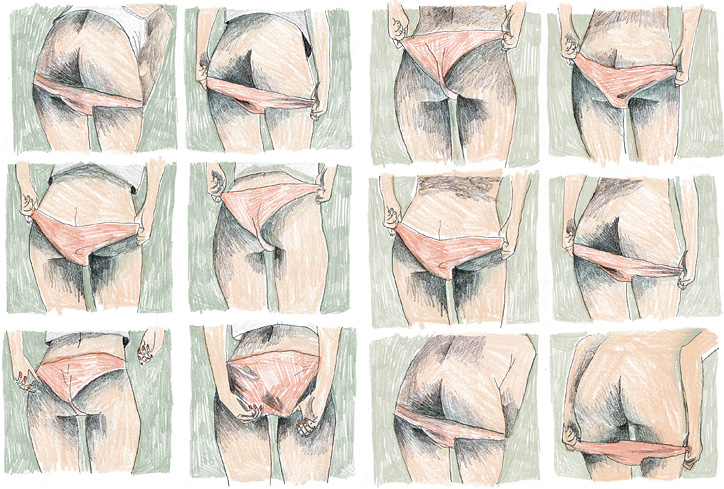 And do people usually say that you are very Parisian?

Yes, but this concept is not a positive thing in people’s minds. It’s a mixture of posh kid and unpleasant (laughs). Sometimes like a bourgeois girl, sometimes like a rude one…

Now, speaking about your illustrations, do you remember which one changed everything for you? Just like a click in your mind.

When I started doing illustrations I did not know what I really wanted. I remember that, in the first class we had, they gave us one sheet to fulfill with references about comics and stuff. I didn’t have any idea! I had read Tintin and Asterix, as any good French or Belgium kid, but I didn’t know what to write back then. And one professor told me: “it's better this way, you are free to learn all the new.” What I think I like the most about illustration is to solve problems – it’s a good feeling afterwards.

And do you think there's been a great change from the moment you started until now?

From the moment I started to study until now? Wow… Totally! I'm not even able to explain it. I always liked to draw with pencil all the lines, sometimes too many lines… Until one day I decided to remove the lines with the Photoshop and I thought it looked amazing. But it was all about a process, a typical one: you look for yourself while you try all the mediums that you can –watercolor, labels that almost are not writing at all… You try and sometimes there are epic fails!

And about the theme or the subject, how do you find it?

I just draw about my life or things that happened to my friends and they told me. Yes, only personal stuff!

Did you ever think that sometimes it might be too much?

Yes, yes, of course! My last comic was about sex, and I speak about a guy I dated and his tiny penis. Then I thought… Maybe I am being too crazy, doing this! And he does not even know about it!

Do your friends usually comment your work with you?

My last comic was about the fact that, when you shave yourself, they always cancel the date at the last minute; or when you have one, it's always the day that you are looking horrible. The girls of my studio laughed so hard about it, and they told me that it was a true fact and it must have happened to us all – just like Murphy’s Law.

Now that you mentioned your studio, tell me a little bit about it.

It’s a co-working place, we are eight people there: three illustrators, two designers, one e-book editor, one guy doing animated work and one anthropologist. And she is the only who wears smock! And she is the only one outside of the artistic sphere! I do think that she likes to feel in the gremial scene! (Laughs).

And besides your studio, do you have any place in Barcelona where you really like to go to draw?

No! I hate to draw outside, really. I hate it! Because people like to observe it and I just can’t deal with it. I feel embarrassed and I feel the pressure. I remember when I studied Art in France. We usually went once a week to the Louvre to draw the statues, and the tourists, instead of looking to the pieces of the Ancient Greece, were looking to our shitty drawings! There is the Gioconda over there, what are you doing looking at this? I do believe this is one of the art student’s traumas.

Let’s talk now about your projects. What is the real sensation of publishing one book?

A very good one! (Laughs). When you go to a publisher and they want to publish your book, you feel that all your responsibility has come to an end at this point. In El Horno no funciona (“The oven does not work”) was when I started to talk about the others, especially about the people that lived with me back then. I started to draw the objects that were around the house and someone had left there over the years. And it was like a time capsule! After all, it is a very curious relationship that you might have with your flatmates… And let’s face it: it’s impossible to live by yourself nowadays – it can be very creepy to think that, probably, most of the people meet their roommates over the internet. But if you have the chance to like each other, they can become like family to you. So, for me, it was like an album full of memories. I also included all their original names. It was a nice souvenir for me!

And what about your upcoming projects?

Yes, yes! I’m working on a graphic novel about a trip that I did with my dad and sister to California. And, once again, it is about jokes and funny moments… What you might call the "looser moments" when you are a tourist and you act like a jerk. Basically I’m laughing about us all the time. It was only a two-weeks trip, but it was enough to have material to write about.

Without any pressure at all.

I mean, if one magazine asks you to do something for next week, you cannot refuse it; which means that, at the, end you will need double the time to finish your book. But it’s fine – getting some distance from what has happened gives you the chance to think about it in a better way.

What is the life of an illustrator like, nowadays?

It’s horrible. I speak for myself in this matter: I don’t have thousands of Ks on Instagram, I’m a regular person using social media and it can be very difficult. Most of the magazines will ask you for your work and they think that not paying you back is ok. And how do you manage to survive? Undoubtedly, there must be magazines that pay the illustrators but… Please call me! How many times do they send you an email saying that it is a good promotion for your work? Sure it is, but if you pay me it will be awesome as well. People think that it’s ok not to pay the illustrators, but when it comes to photographers, no one even thinks about that possibility. And there might be an illustration boom going on right now, but you need to have other works to survive.

And what are your aims in short and in long term?

I want to be able to do more graphic novels, work for magazines. I would love to keep telling stories. In other words, keep doing the same but more, more and more! And get paid for it! (Laughs).

How do you want to be remembered in one hundred years from now?

I would love to have this in my tombstone: “Got tired of being sexy and died” (laughs). 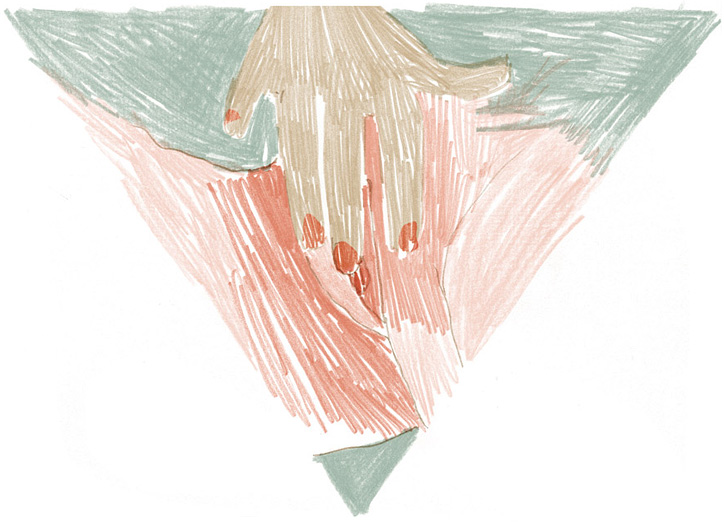 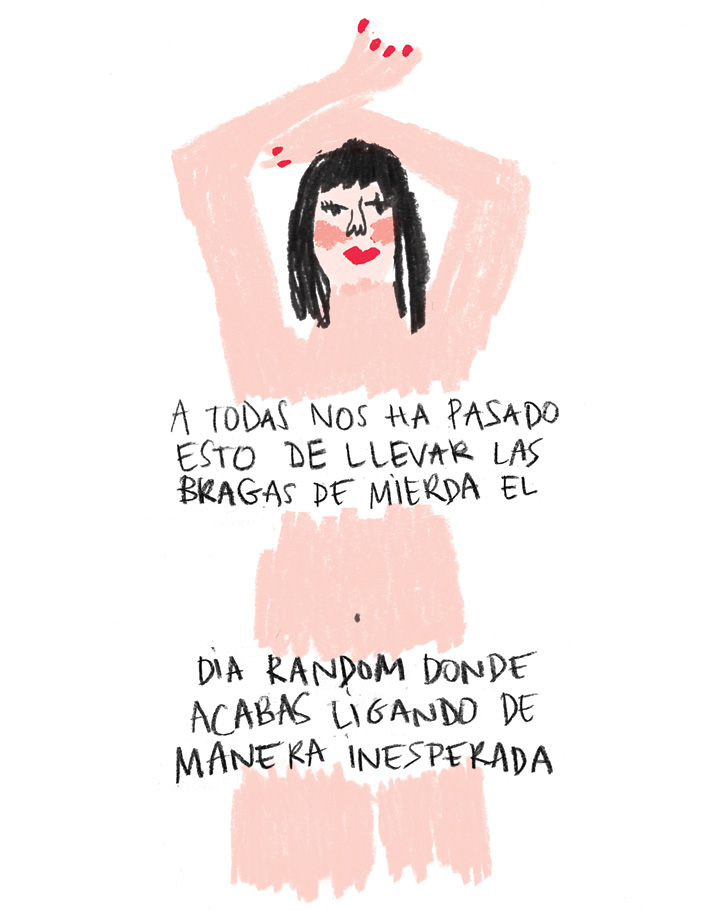 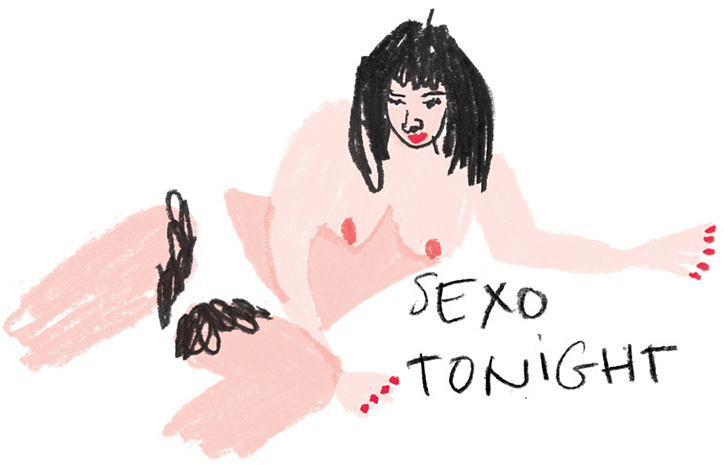 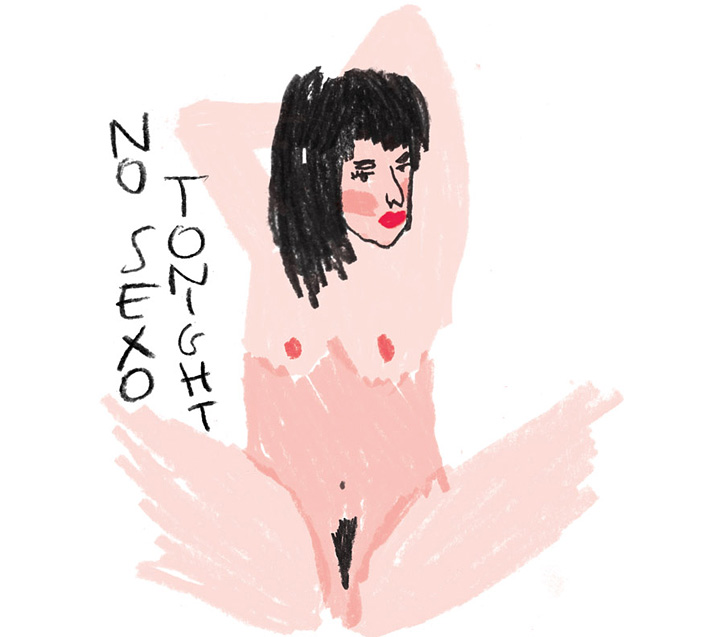 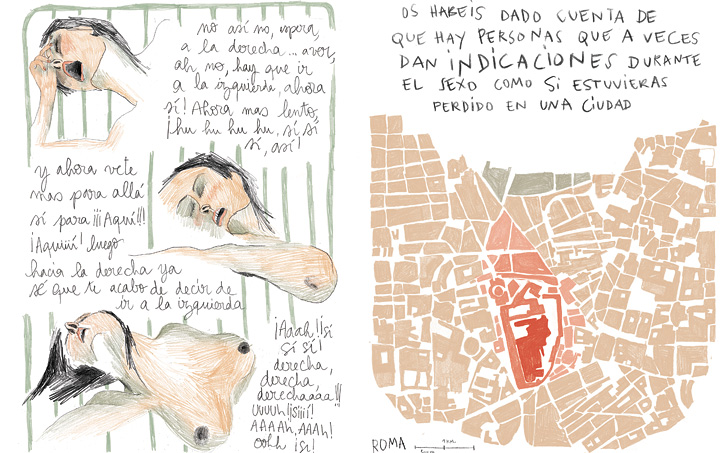 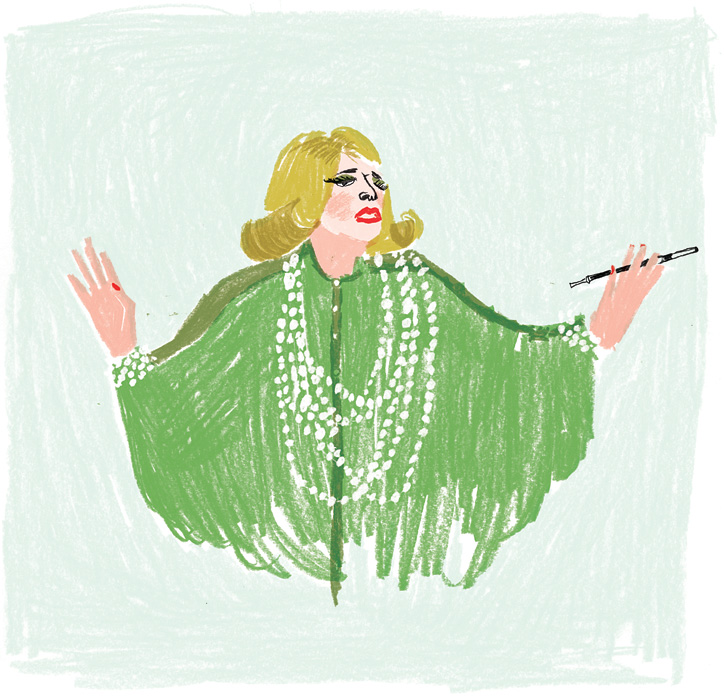 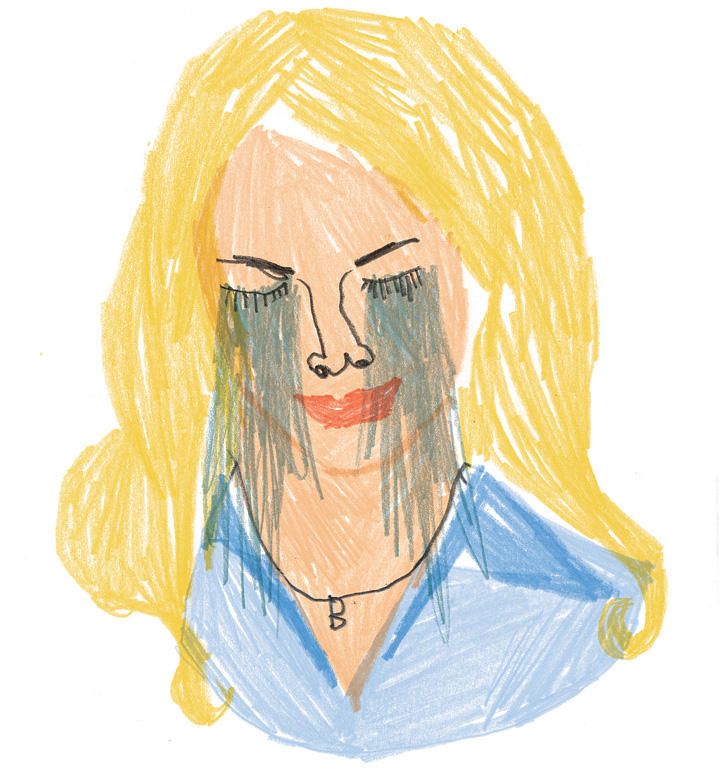 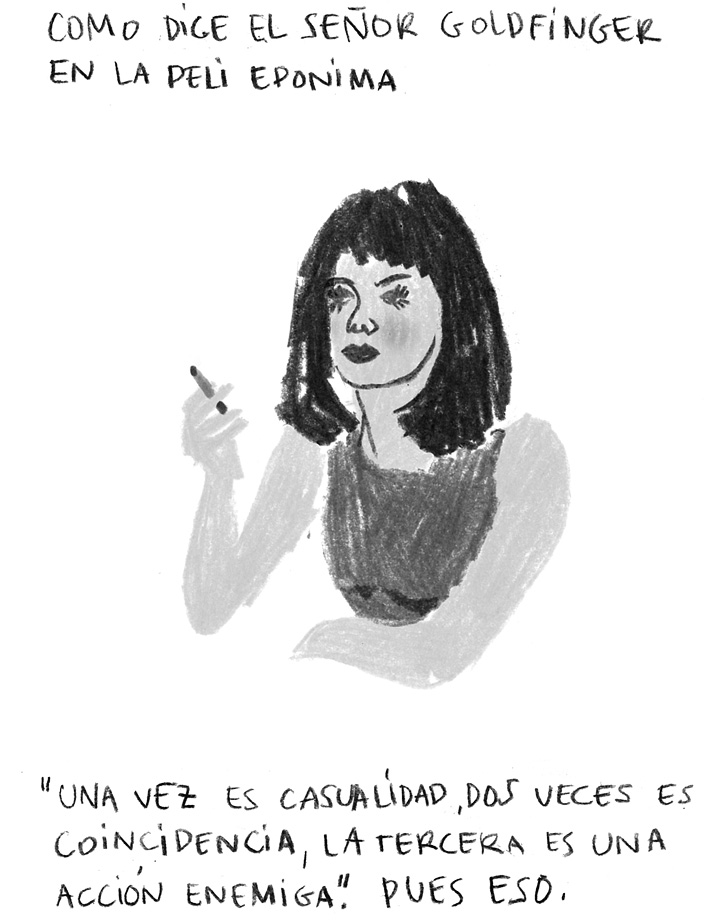 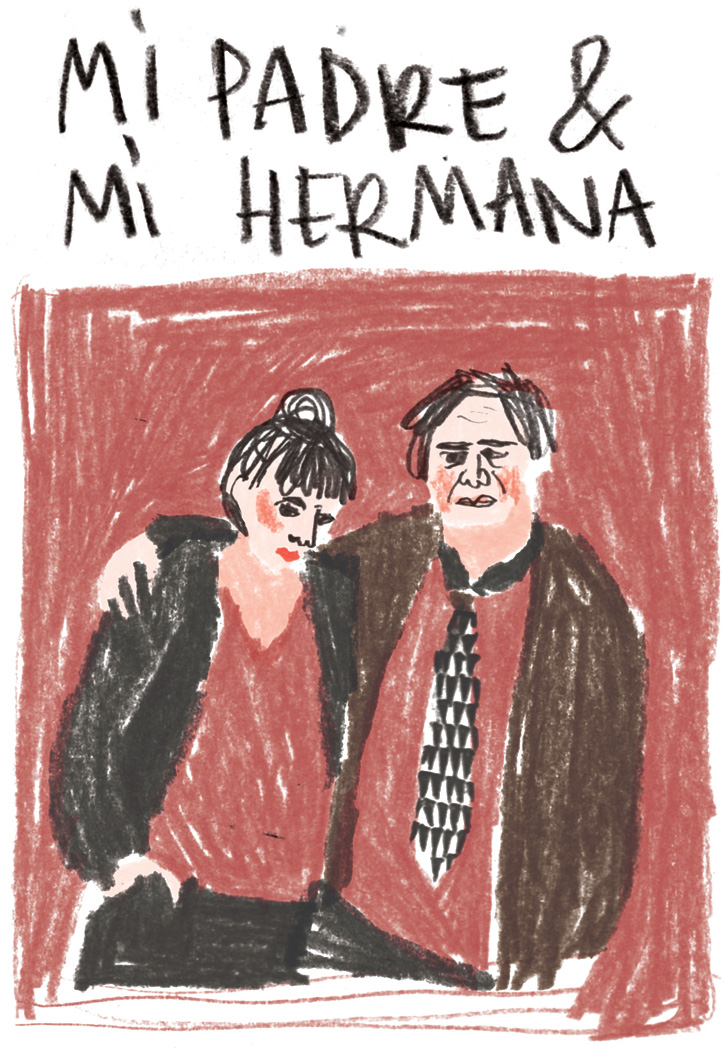 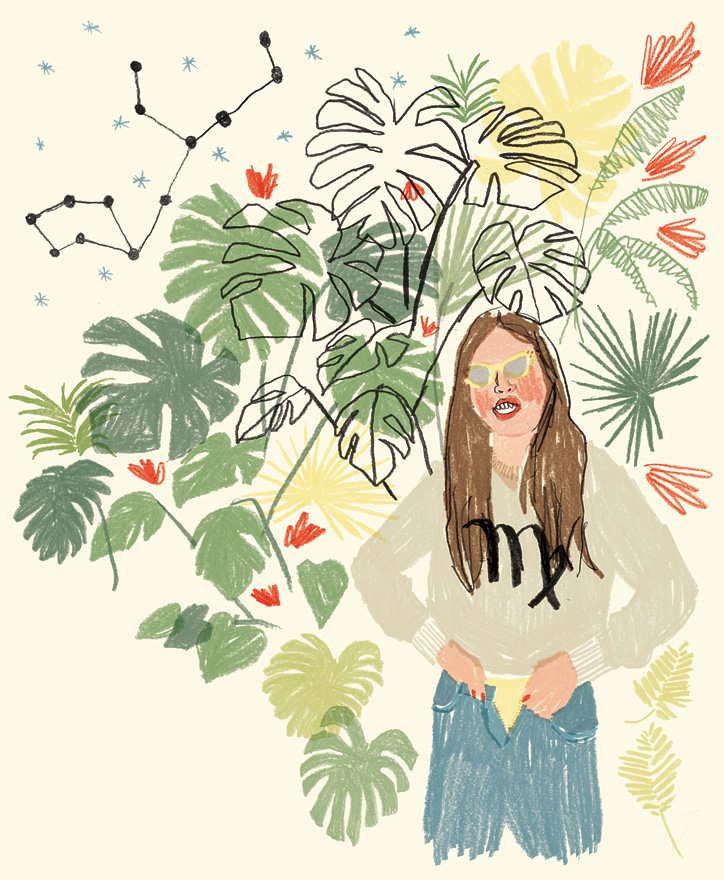 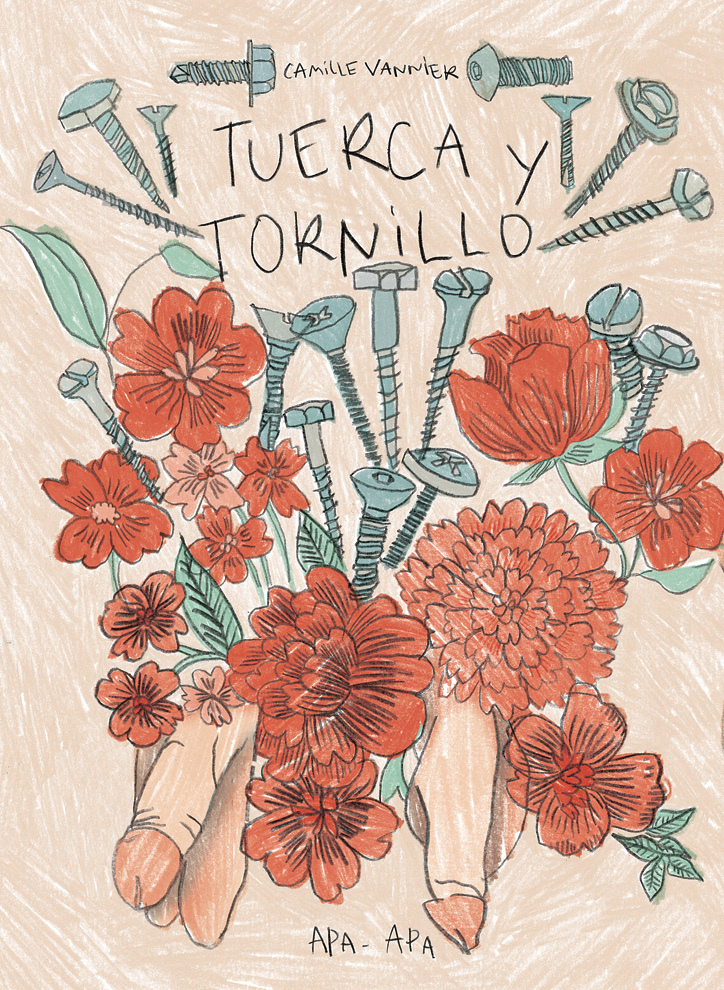