The Internet in 3D 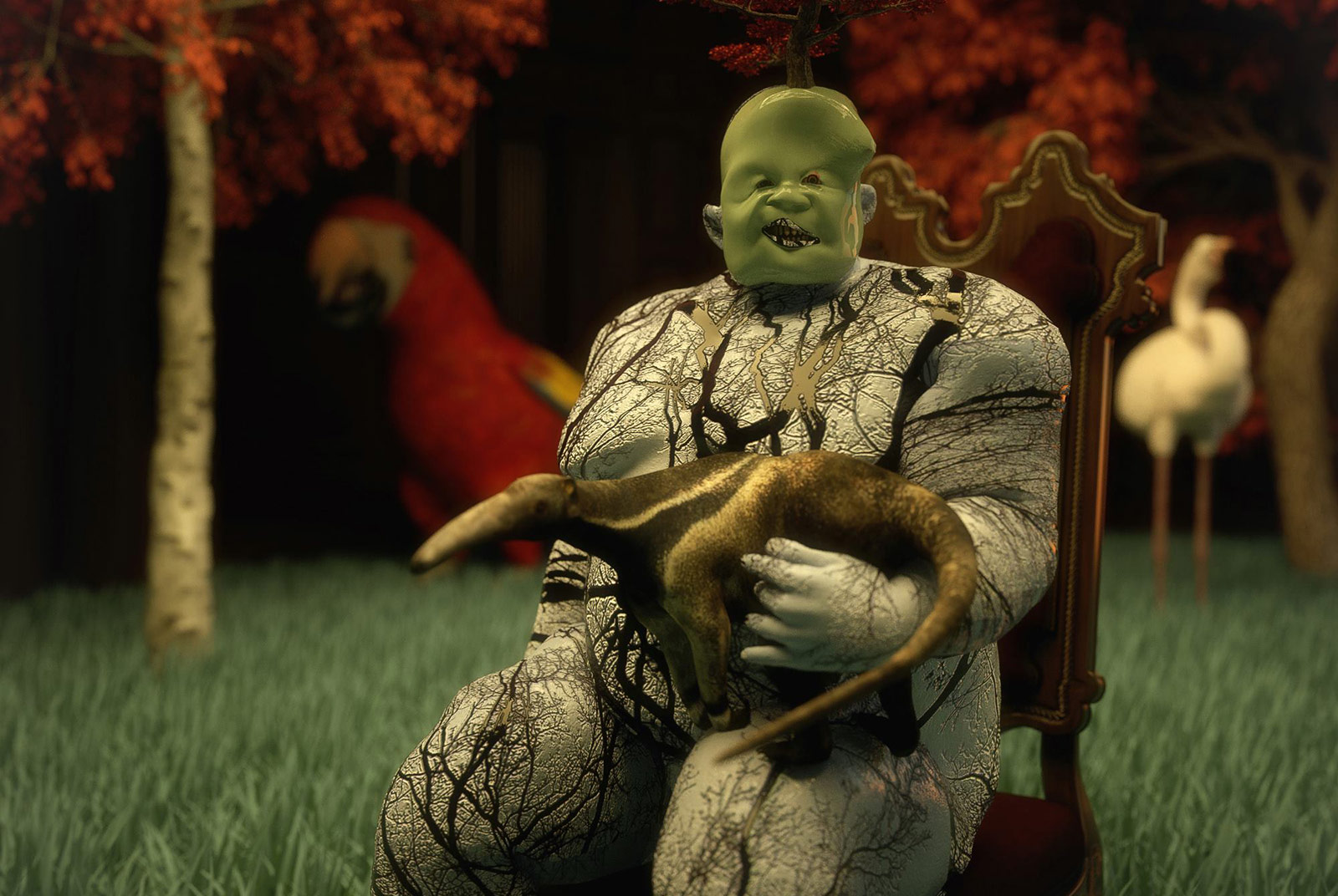 The past decade we got introduced to video and digital artists like Ryan Trecartin and Ed Atkins. Recently, the Internet gave birth to another child, Brian Tessler, who doesn’t call himself an artist, nor is he called one. A tradition of digitized art for these people is no longer a mere fetish; it is a long-lusted curious gaze into virtual abyss. Brian his co-project with Jon Baken, called Cool 3D World, is labeled as ‘entertainment website’ and is already a hit on the Internet. Many describe it as a virtual nightmare, infused by LSD, where anything can happen. Surreal, absurd, yet hypnotic – Brian’s work illustrates the distorted notion of living.

Who is Brian and what does he do?
Brian started as a music project in around 2012. My background is in classical music. I got into school for clarinet performance and ended up switching majors to music composition. During that time, I was mainly writing pieces for chamber ensembles. I started experimenting with electronics shortly after I graduated. It was strictly music at first, trying to reconcile my classical training with the use of electronics, but then I started to develop a visual aesthetic to go along with it. The Brian album is my first offering of this. After that, I continued to make GIFs and images and in the summer of 2015 I released Paths We Take. That fall, Cool 3D World started and this has been my main focus since then.
Cool 3D World made a big hit on the Internet. The title and content seem to be juxtaposing, how did you come up with this name?
Haha, I don’t have a great answer for that. We thought it was a good name and it just stuck!
Your experiments with 3D distortions started when making video clips for your experimental music compositions. Your digital album Brian, released in 2014, told the story about an ephemeral journey through the key elements of the world. Was there a reference to the Dido and Aeneas opera?
Yes, the album Brian was meant to be sort of an abstract journey through the crazy world of music and visuals. The track names imply this as well. Begin is the opener, where you are welcomed to the world. Next up, you travel to To the shore, and go under water for Water song. You emerge, in a new area of the world and Land song is sung to you. In These are the things we do, you get to dive deeper into the world, but the inhabitants aren’t happy that you’re there, watching them. Here/There, is the climax of the album, which I feel is the destination point you were being led to, and Time to go, is you exiting the world. The song I am laid in Earth is a cover of Dido's Lament from the opera Dido and Aeneas, it functions in the album as the main vocalist’s goodbye song. I loved the idea of these digital creatures having a relationship with the 'natural' land – a digital creature singing an emotional song about nature directly to you.

You have a strong classical music background, how did this influence your work from sounds to visuals?
Most of the music I listen to is 20th century classical stuff like Poulenc, Shostakovich and Prokofiev. I wanted to make similarly expressive, but accessible and thoughtful music by using electronics. It’s a challenge to do this, because relying on sequencers and software tends to encourage mechanical things in writing, such as a lack of expression and dynamics, but it’s a fun challenge to try and overcome this. I feel that there’s a lot that can be explored in this medium. The idea of having complete control over the sound that you can make is really appealing to me. For musical projects like albums and full-length tracks, the visuals come later and are usually directly inspired by the emotions within the music.
In 2015 you released another album Paths we take, a story about a man and a woman who meet, fall in love and have a child. The video piece A life well lived from Cool 3D World follows the same story line: the baby is born, later in his life meets and falls in love with a woman, they get old together and as she becomes a skeleton and is taken into presumable heaven, the man returns to the very beginning of his creation – a woman’s genitalia. It’s as if an animated 3D version of Gustave Courbet’s painting The origin of the world (1866) has reincarnated at dystopian SimCity.
I’m not sure, that’s entirely up to the viewer. We actually didn’t do the music for A life well lived – it was an iLife jingle called Newborn that we thought was really funny, and we envisioned a narrative for it. Then we just made it – definitely a different approach than usual.
Do you try to make your 3D creatures to appear more realistic or are you chasing for some extraterrestrial form of representation?
We’re always trying to improve at 3D stuff, and realism is a part of that. Higher quality renders, etc. I love the idea of crazy abstract things happening in identifiable, 'real' spaces. There’s a great book by John D. Graham called System and dialectics of art, and one thing that sticks with me is the quote, ‘Pure abstract art is a superior kind of art, because the artist has double tasks before him: a) to take stock of reality, and b) to make departure from reality at the same time.” I think our most recent work Panini is an example of figuring out this concept – really ridiculous and crazy things are happening in seemingly normal settings. Scenarios that shouldn’t be happening, but the actual setting is rooted in reality.

The stories happening in your 3D world are not only chaotic, but they are also essentially meaningless. In that case they would be doomed to remain within an entirely visual amusement park. How would you describe this complex sense of meaningfulness in your work?
Some are intentionally meaningful, and some are stream of consciousness and very open-ended. It’s up to the viewer to decide if there’s any meaning or not, and what they personally get out of it. I can tell you that the piece The healer is definitely meaningful to me. The video contains a narrative where things are clearly happening – if you watch it through, the meaning is yours to decode as long as you’re invested, or if it made you feel something. A lot of people comment on our videos, ‘What does this mean?’ or ‘Can someone explain?’ I feel that my job ends when the video is released. I can tell you that the video is open-ended, and if it makes you feel something, it’s up to you to figure out your own meaning and apply it to your own life.

Mel Gibson and Jack Sparrow are permanent residents in Cool 3D World. They dance in underwear, sunbathe, sing, and cook eggs. Is there a reason why you chose these characters in particular?
Haha, that’s simple: we found 3D models of them and they were funny.
It’s interesting that you often use the world ‘funny’, when talking about the 3D world, whereas viewers tend to describe the same world with words as ‘nightmarish’ and ‘absurd’. Why do you think the ‘funny’ intentions create quite the opposite effect?
The content is definitely striking, not all of the videos are 'funny,' but we like to make ridiculous content, so a lot of the time I think it turns out funny – probably not in any traditional sense of 'comedy' videos though. I’m glad so many people react to the videos so differently. I definitely wouldn’t conclude that the primary function is to be funny either. It should encompass all emotions, sometimes it’s funny, but it can also be scary, crazy or sad – it really depends on the video.
It doesn’t seem like you are done with exploring the 3D world’s full potential, what can we expect in the future?
More, longer, narrative based videos. Not sure where it will go exactly, we just love to create.
Do you have your own favorite 3D video?
The Panini video is my recent favorite – it’s kind of a culmination of a lot of concepts we’ve been figuring out lately. 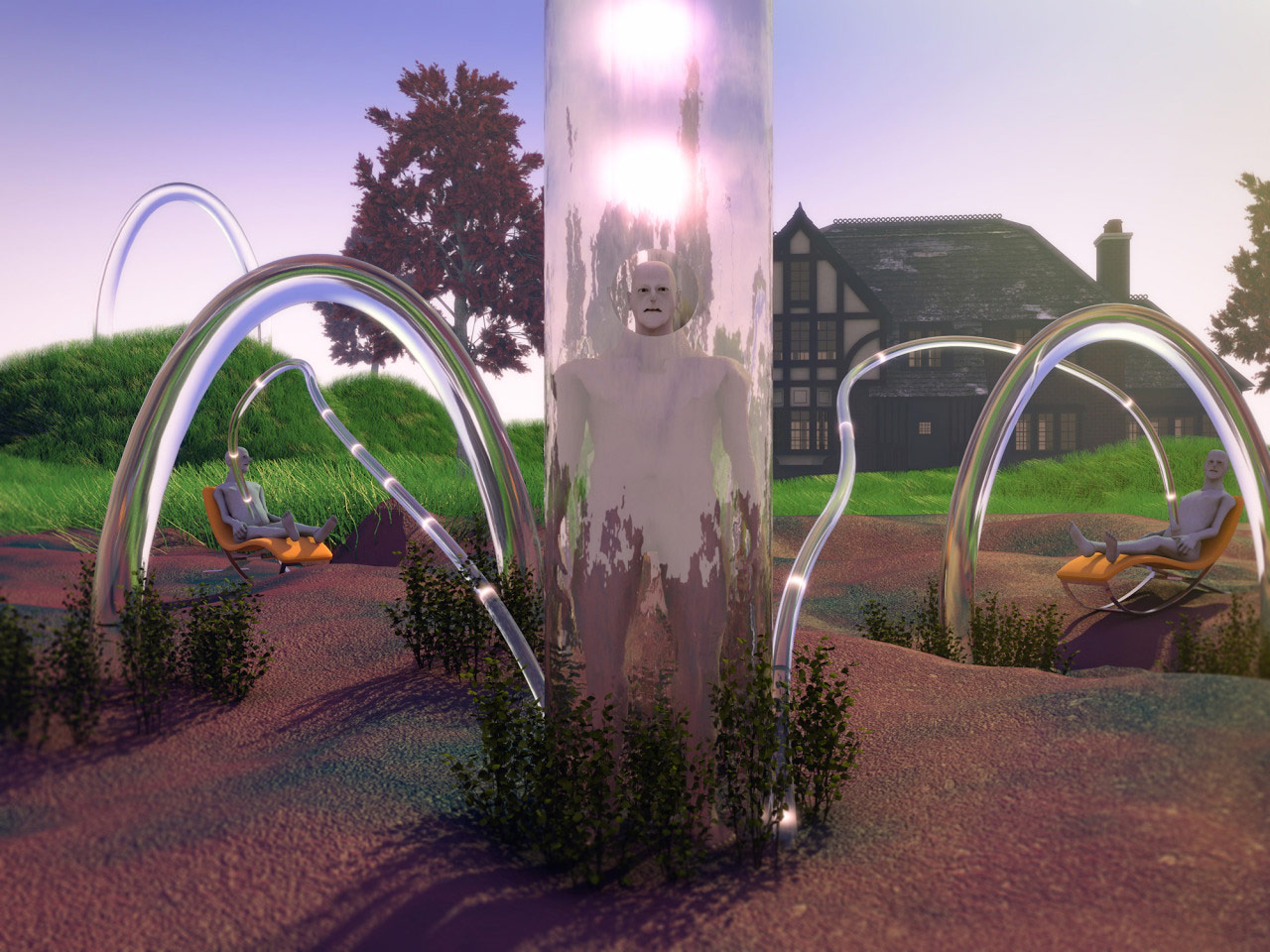 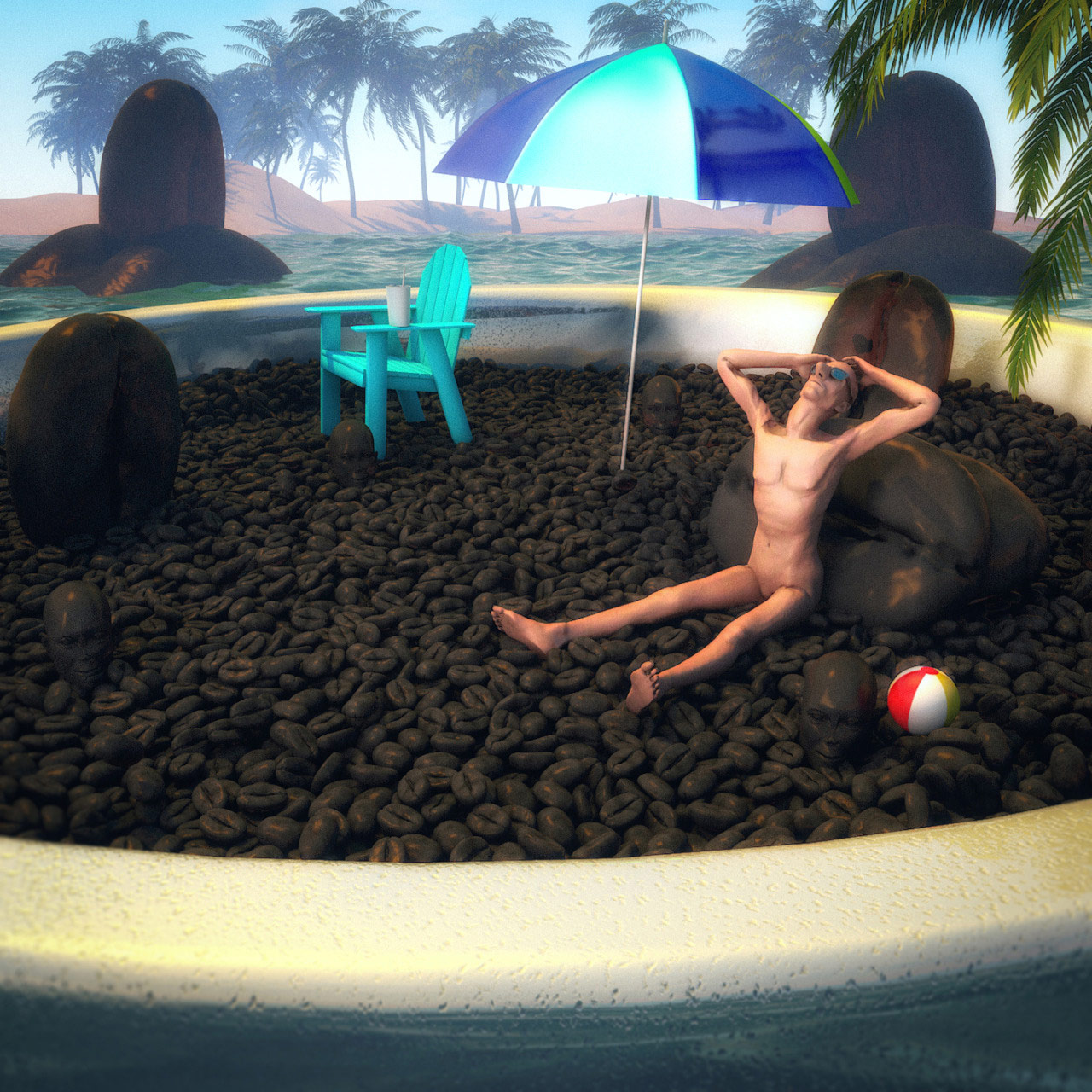 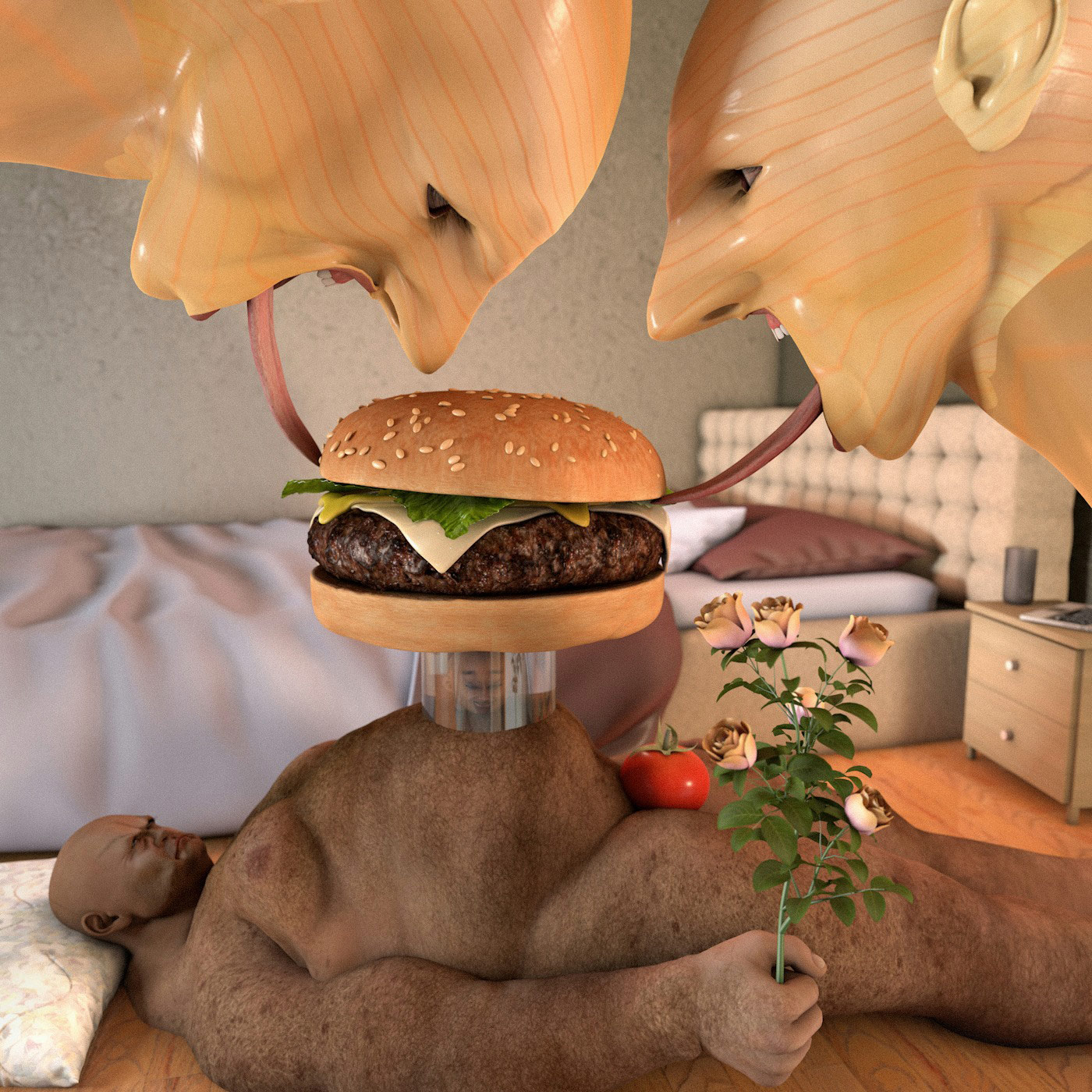 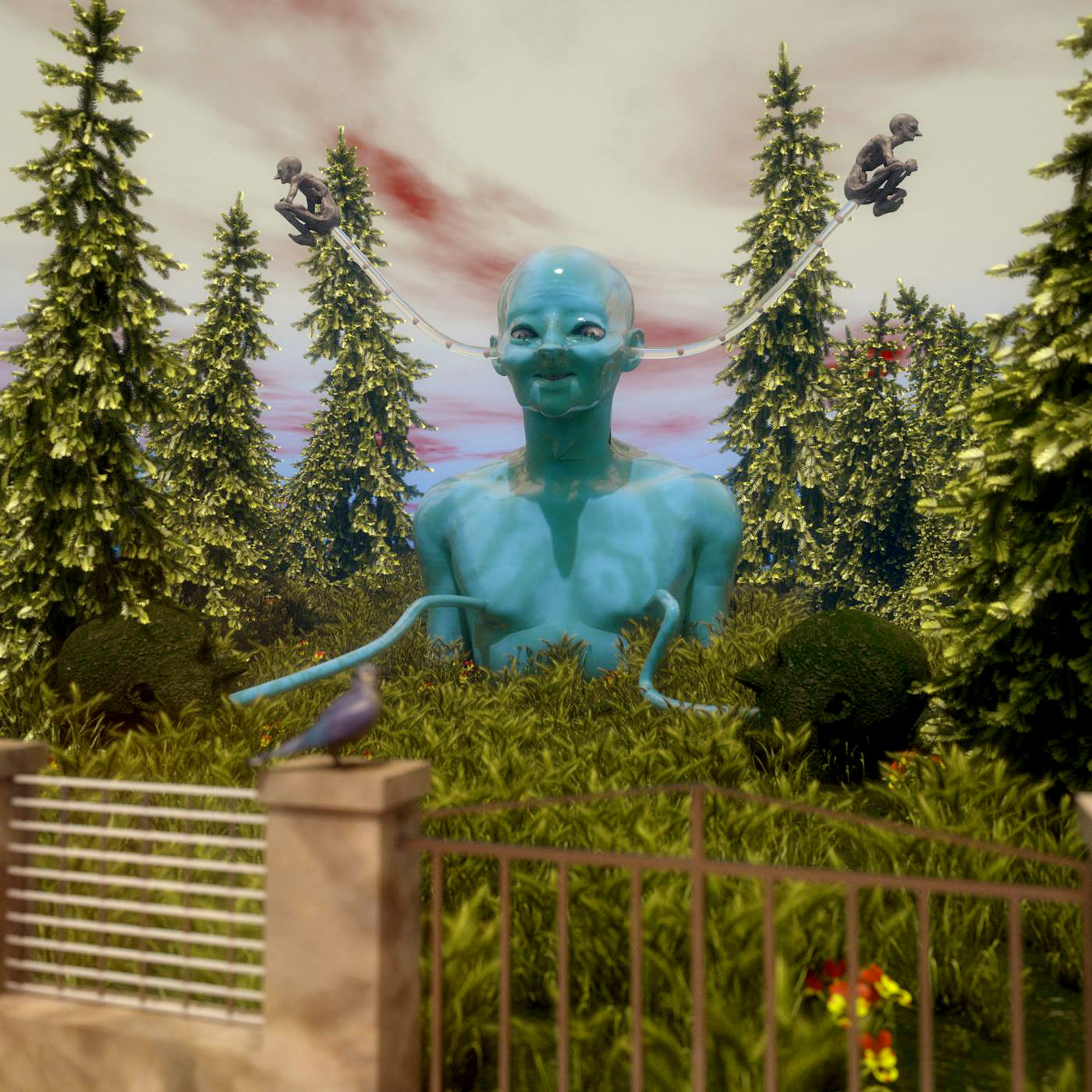 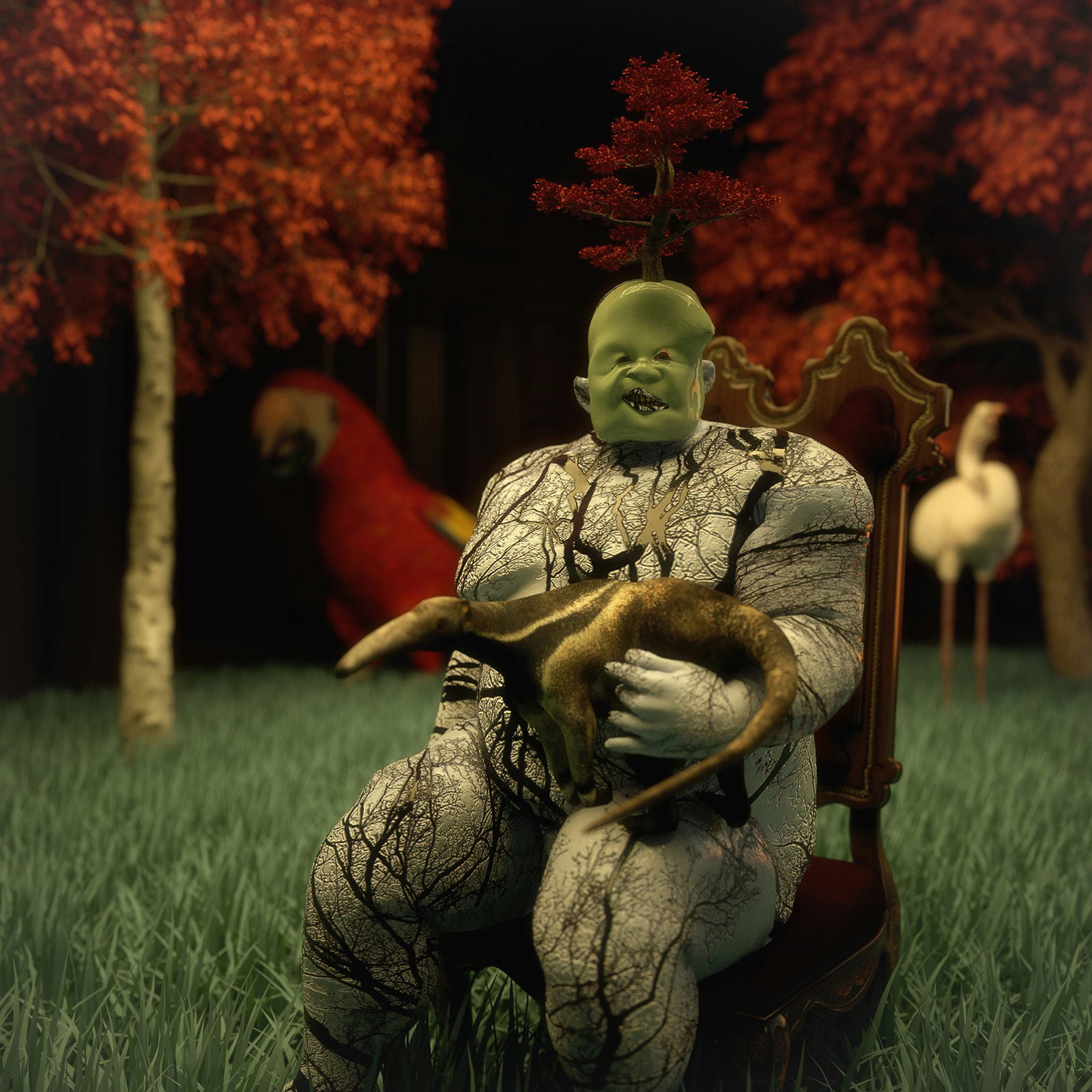